Friday’s Hike wasn’t an official Fitness Hike scheduled at McDowell Mountain Park, but five of us met at the Tom’s Thumb Trailhead just off of 128th Street.  Bob, Bob’s dog Sarge, Linda, Nick, and I hiked the Marcus Landslide Trail, including the short loop at the end.  After hiking the loop on the Marcus Landslide Trail, we backtracked to the intersection with the Boulder Trail and took Boulder down to the Pemberton.  From there, we hiked over to Coachwhip and turned off on the Windmill Trail.  We took the East End Trail up to the Tom’s Thumb Trail, which took us most of the way back to the parking lot.  We made a slight diversion near the end in order to make our hike just slightly longer than twelve miles.

A pair of rocks near the Sven Slab climbing area: 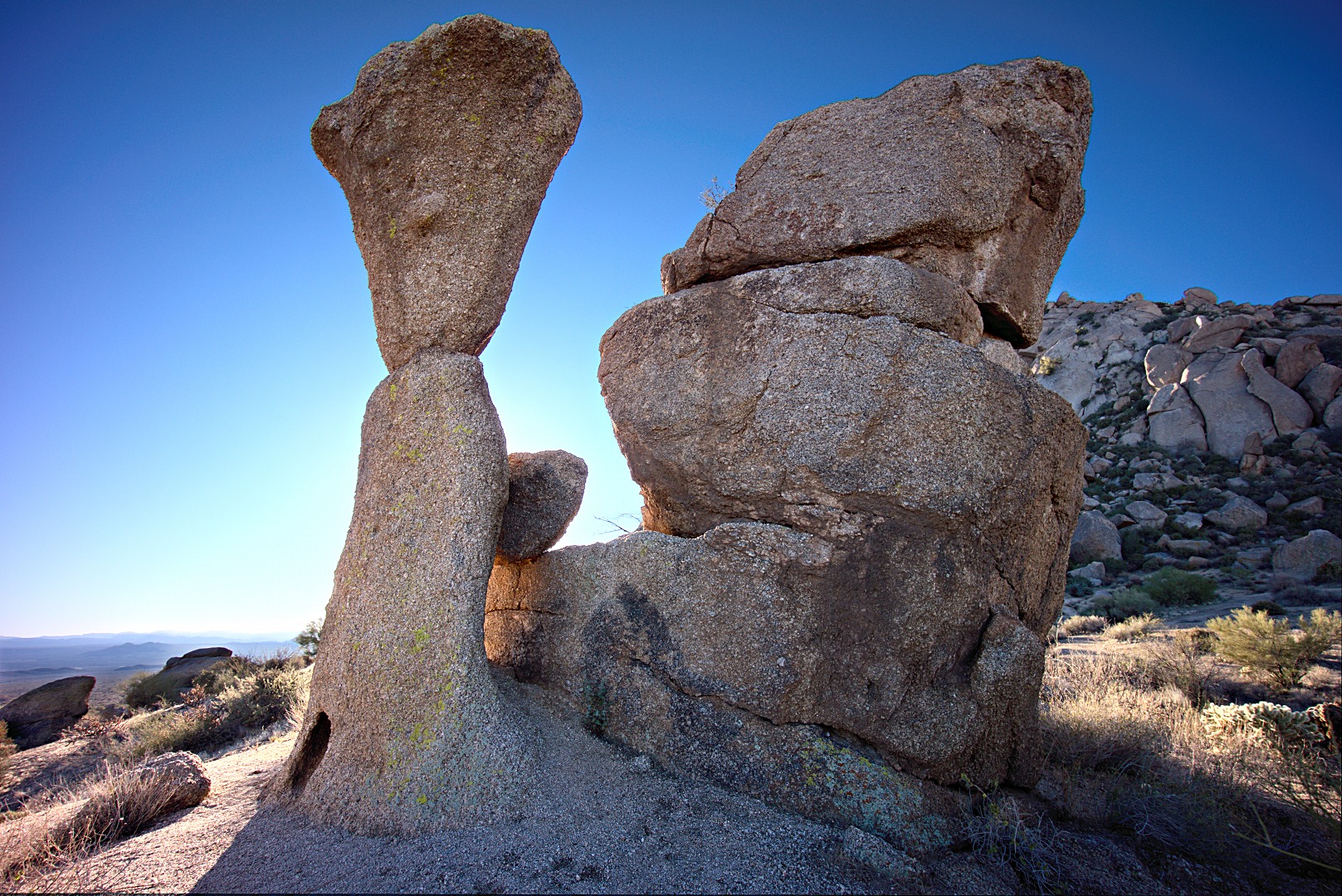 A saguaro on the Marcus Landslide Trail: 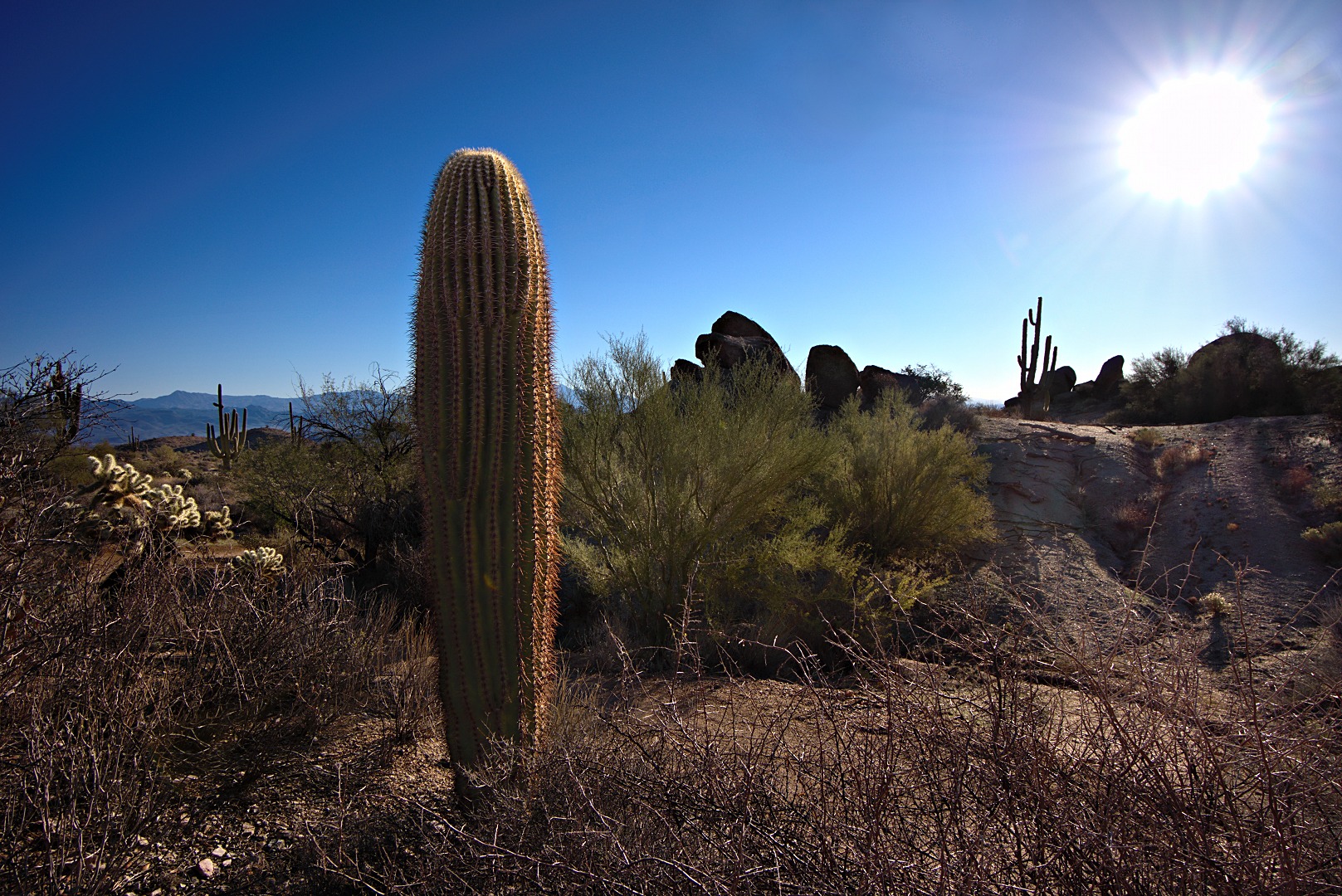 Another view from the Marcus Landslide Trail: 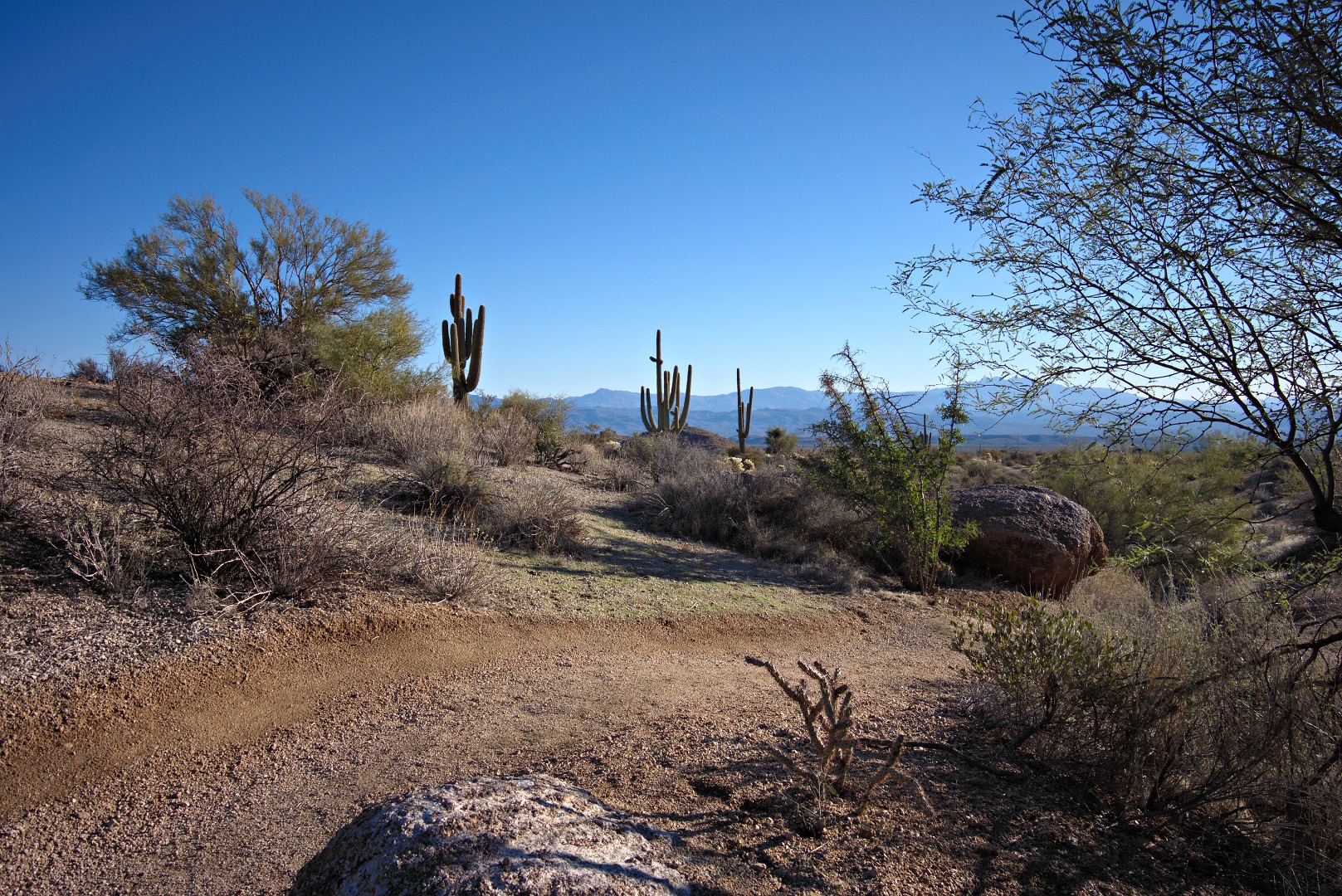 A broken mushroom rock leaning against another rock.  I managed to avoid getting the sign in the photo by standing right behind the sign while taking this photo.  (I took another photo of this rock formation on a hike back in November.  On that occasion, I had Nancy stand in front of the sign.) 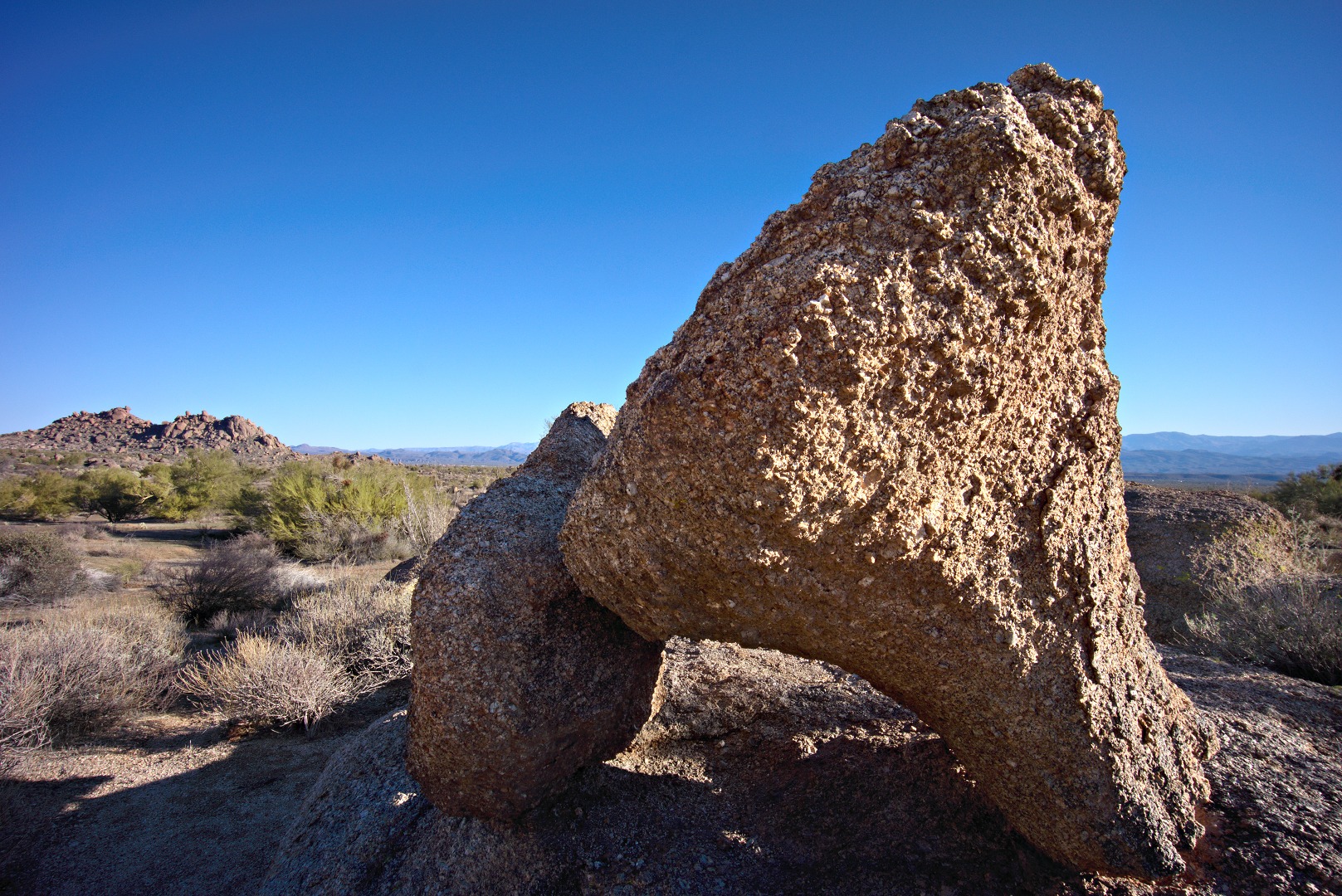 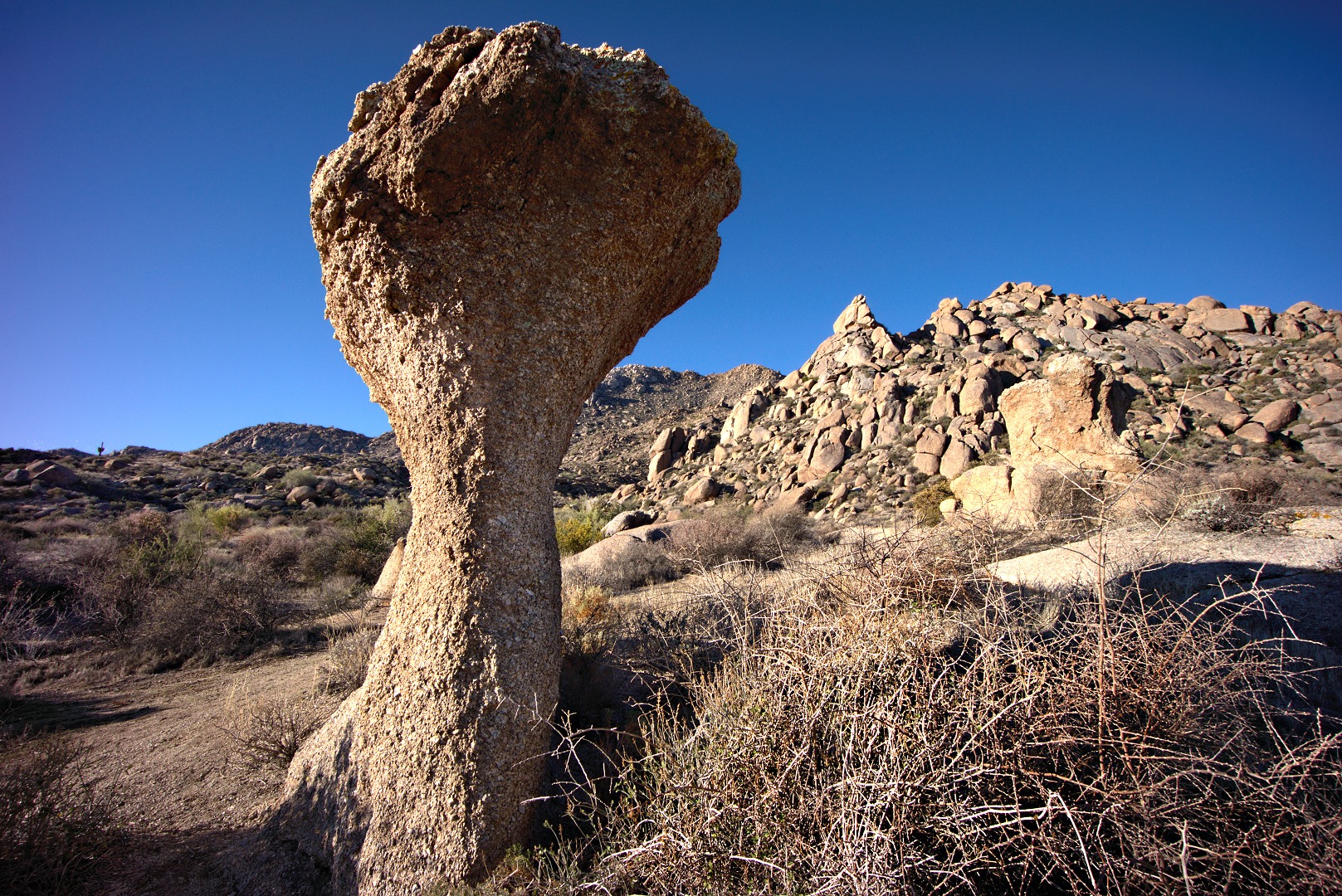 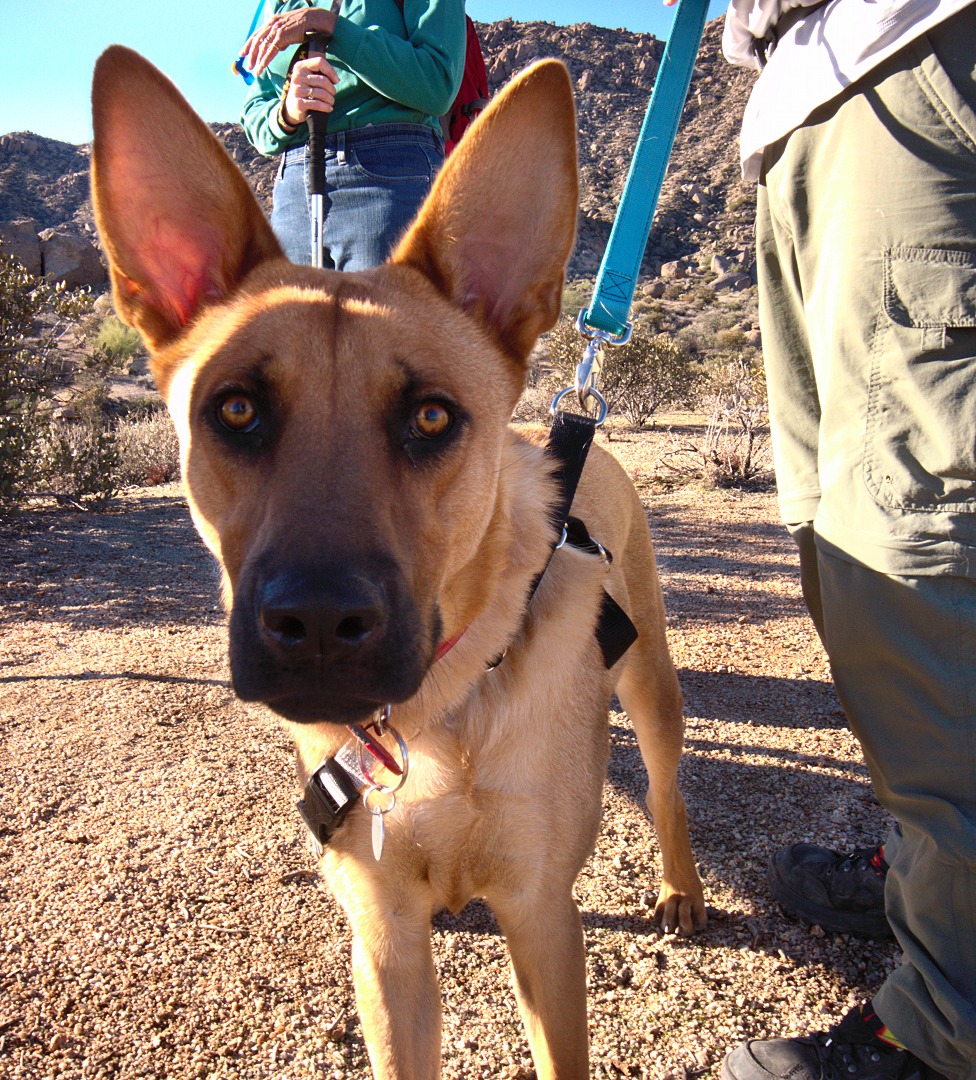 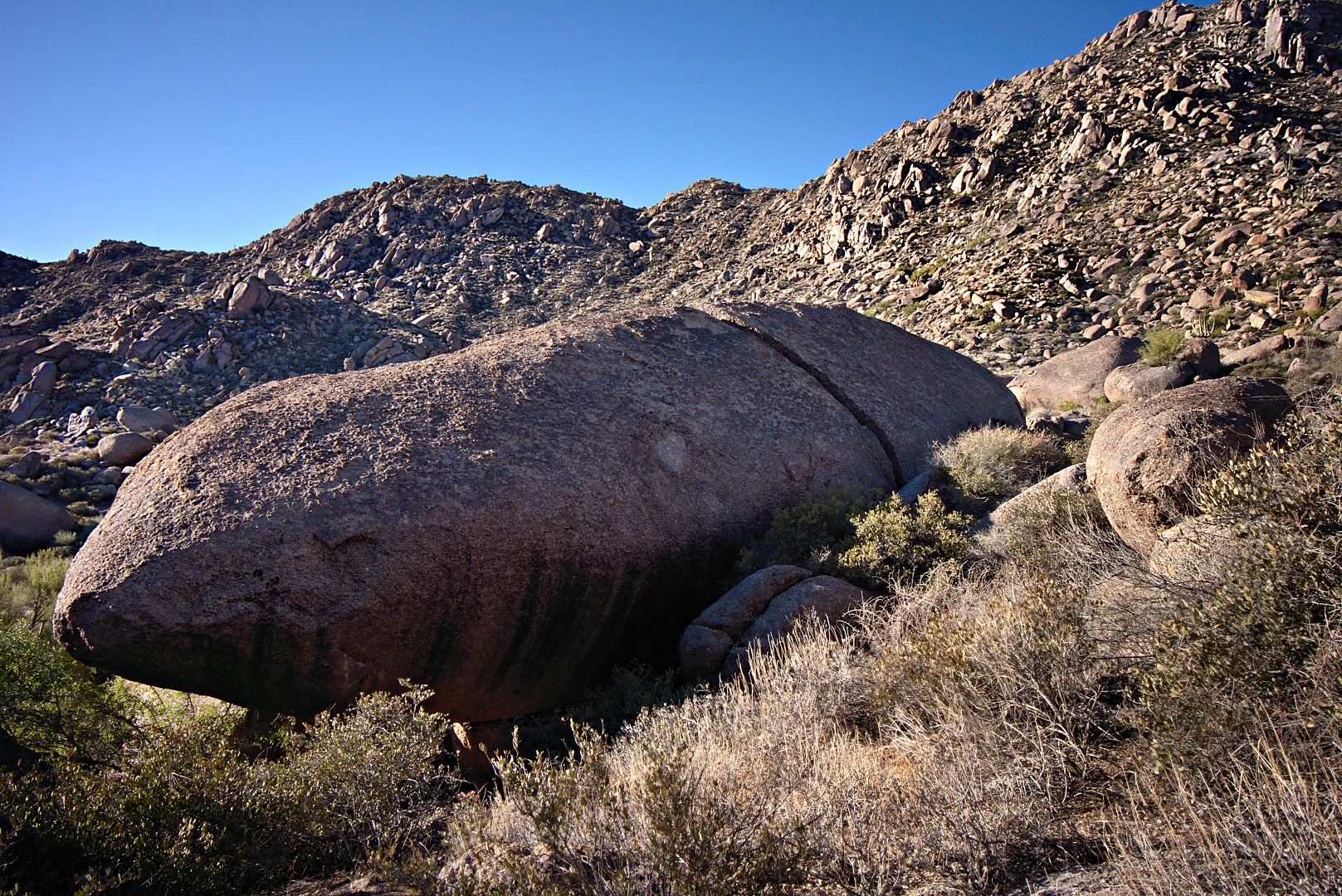 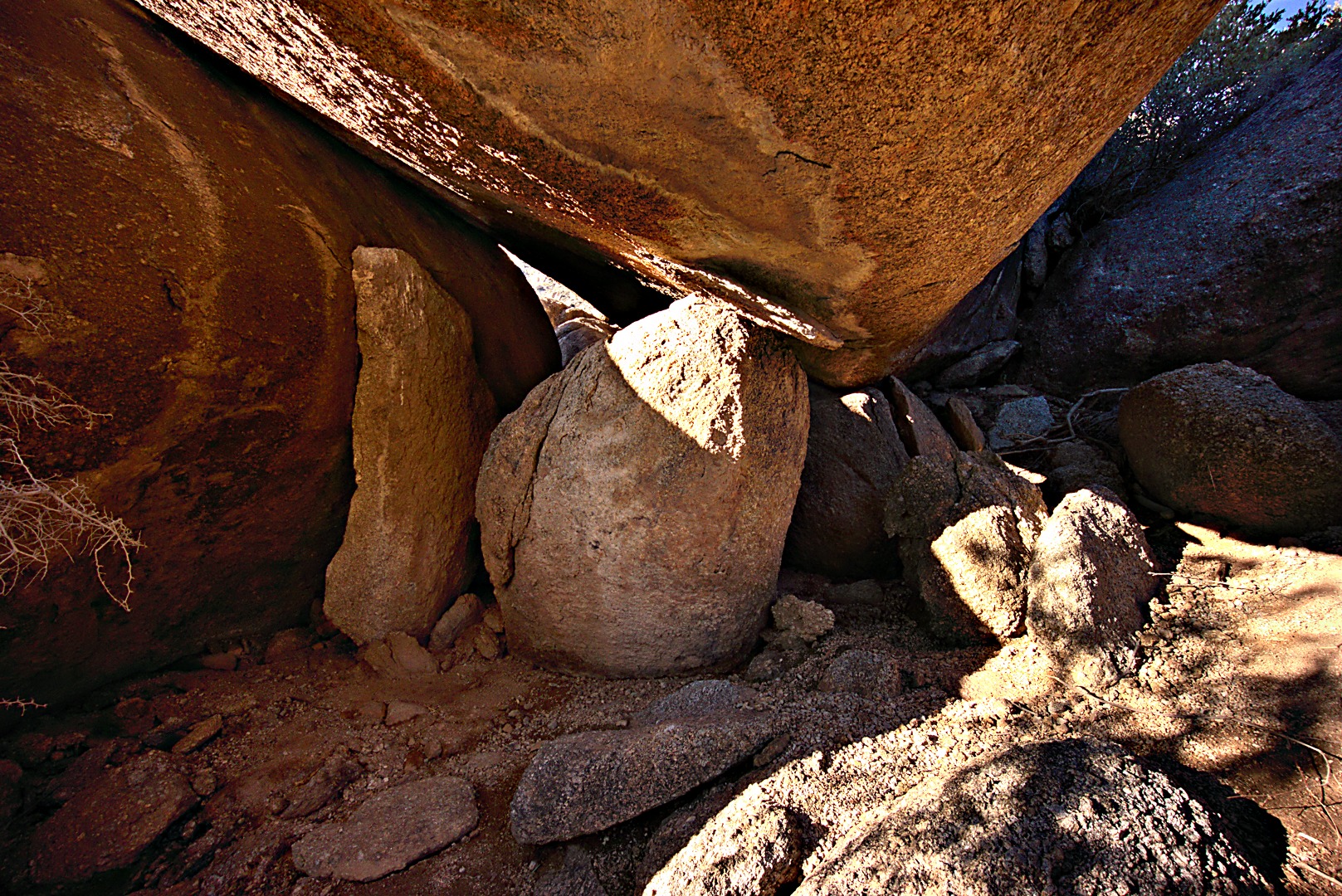 Bob, Sarge, Linda, and Nick on the Coachwhip Trail: 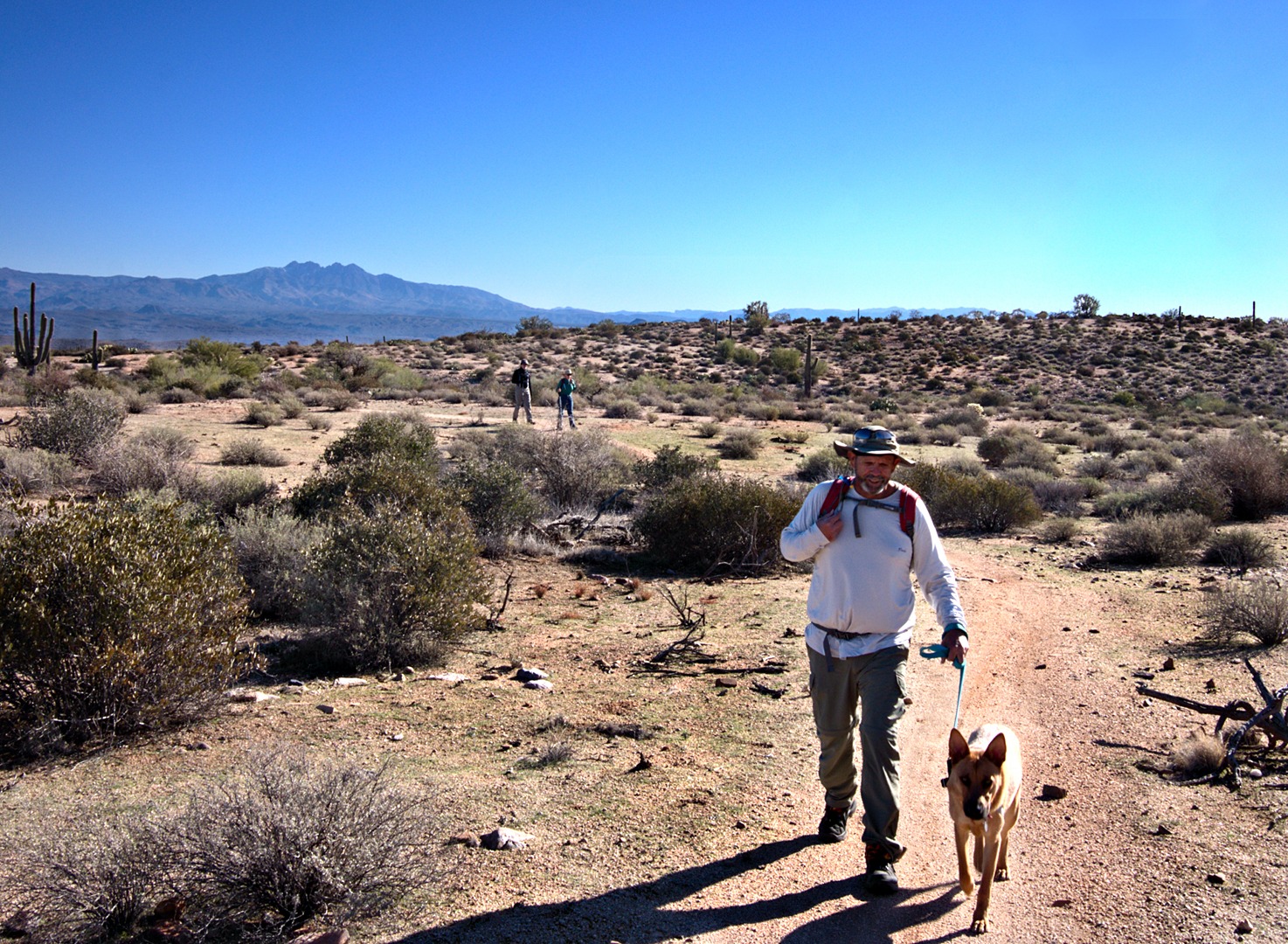 Looking up at a few of the many switchbacks on the East End Trail: 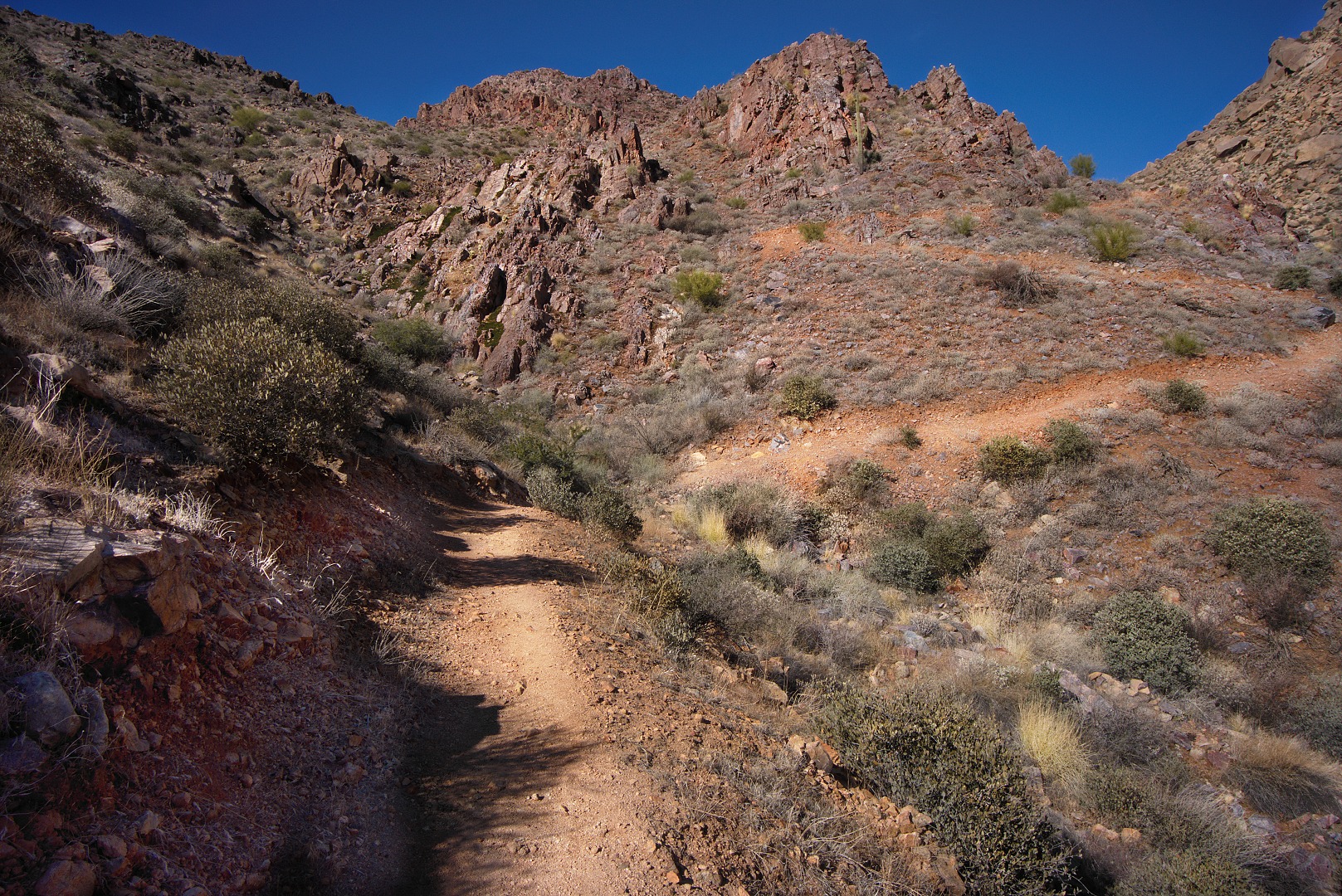 Views from the East End Trail: 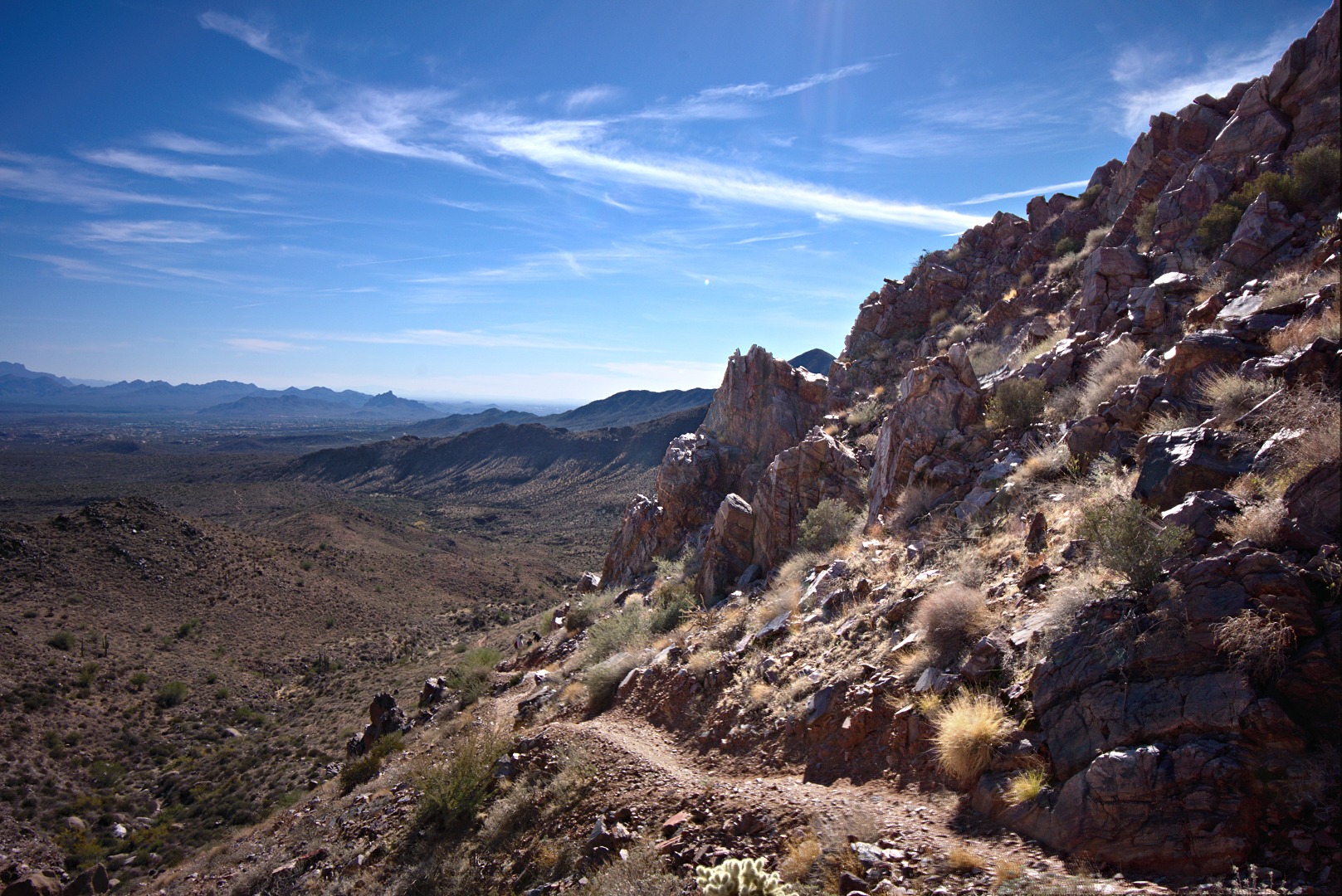 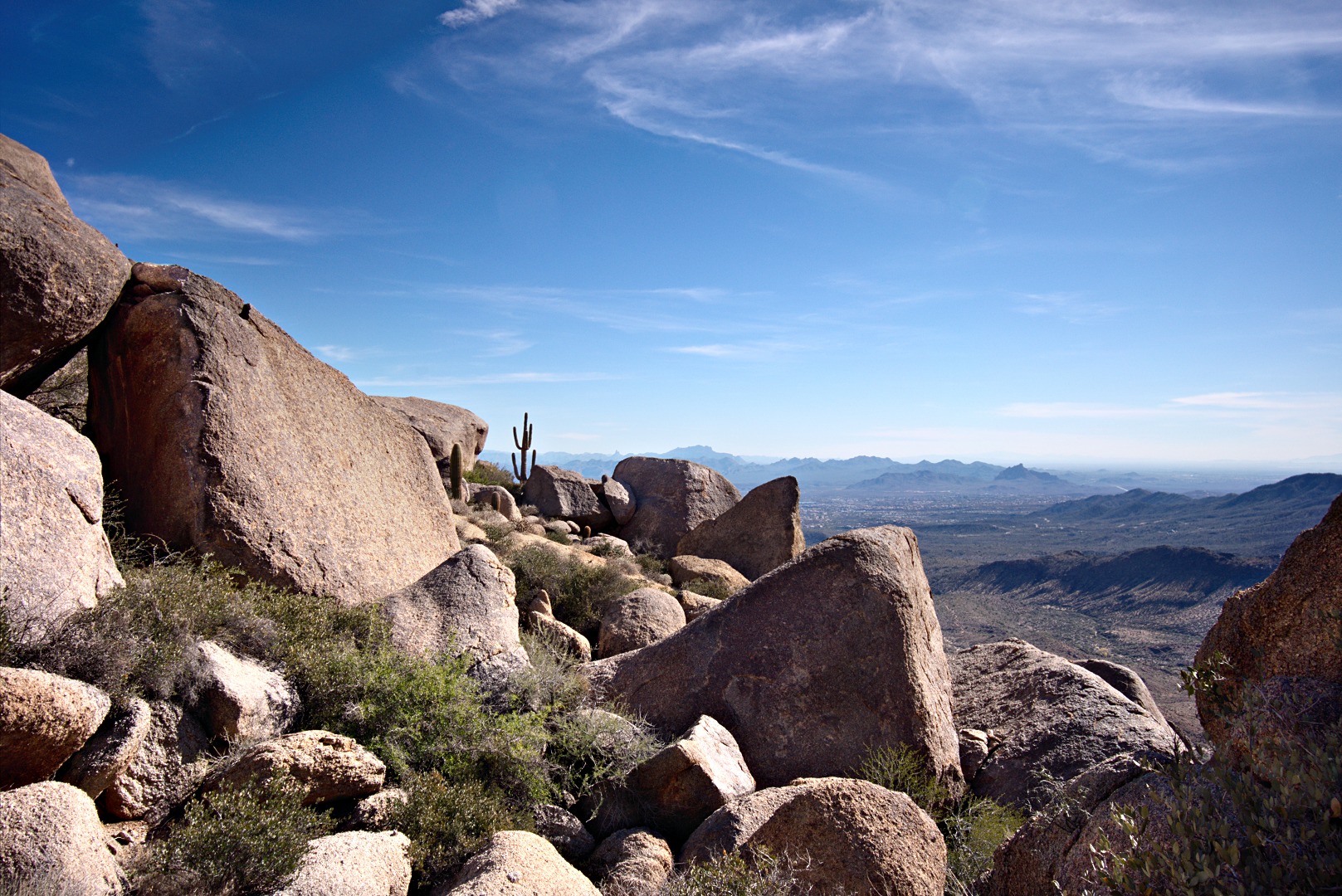 Linda, Nick, and Bob near the top of the East End Trail: 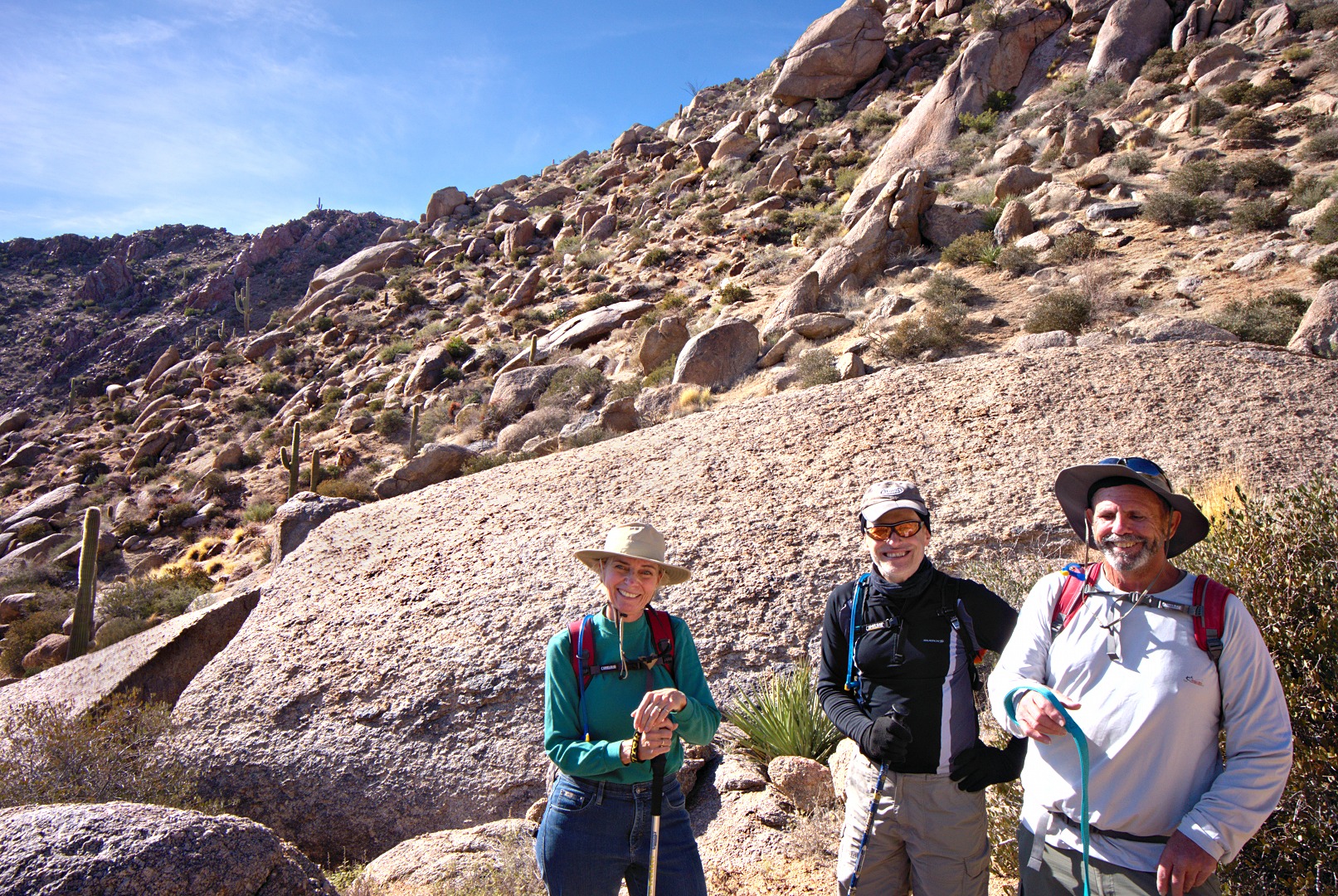 Linda takes a break while Nick explores the nearby cave / shelter: 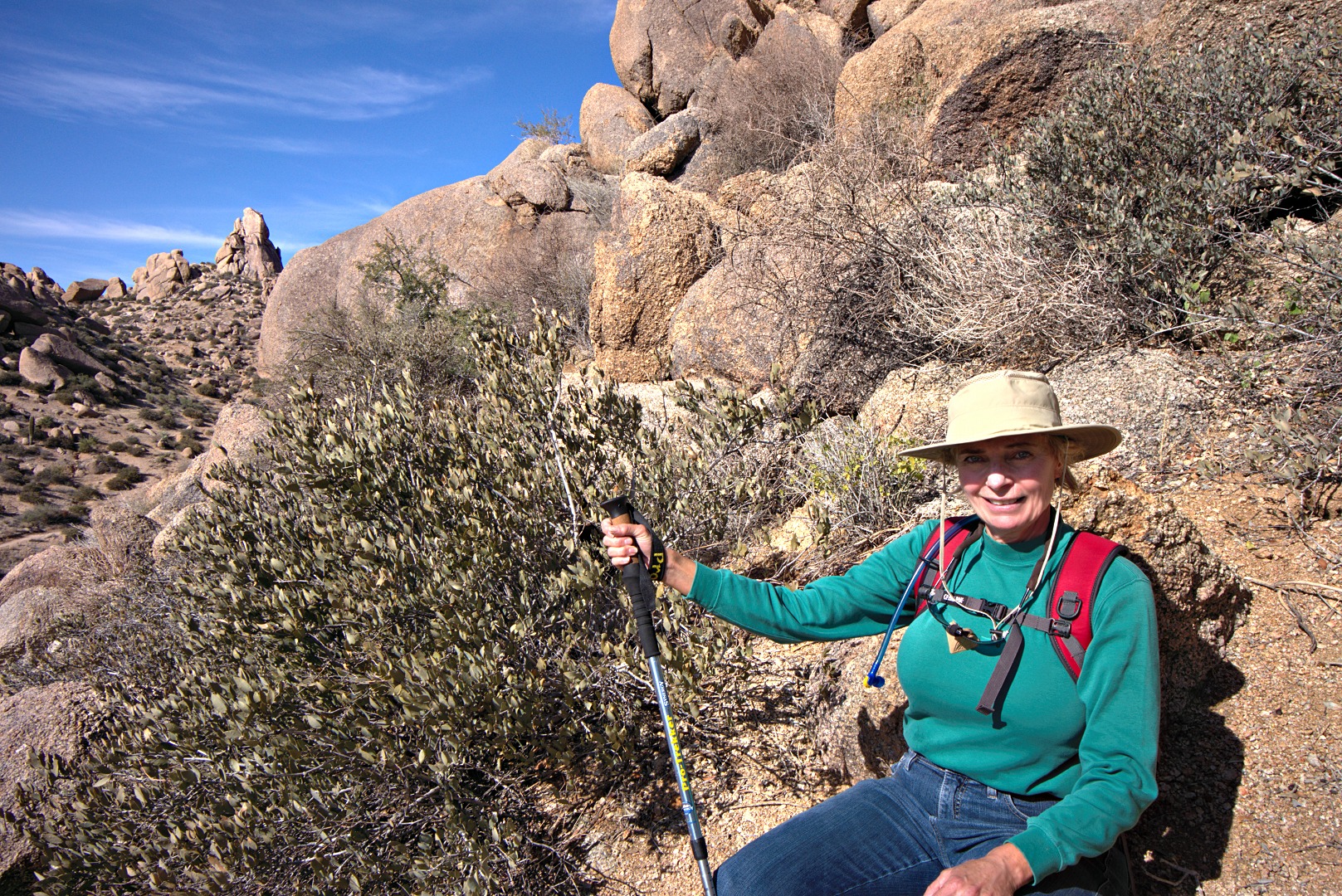 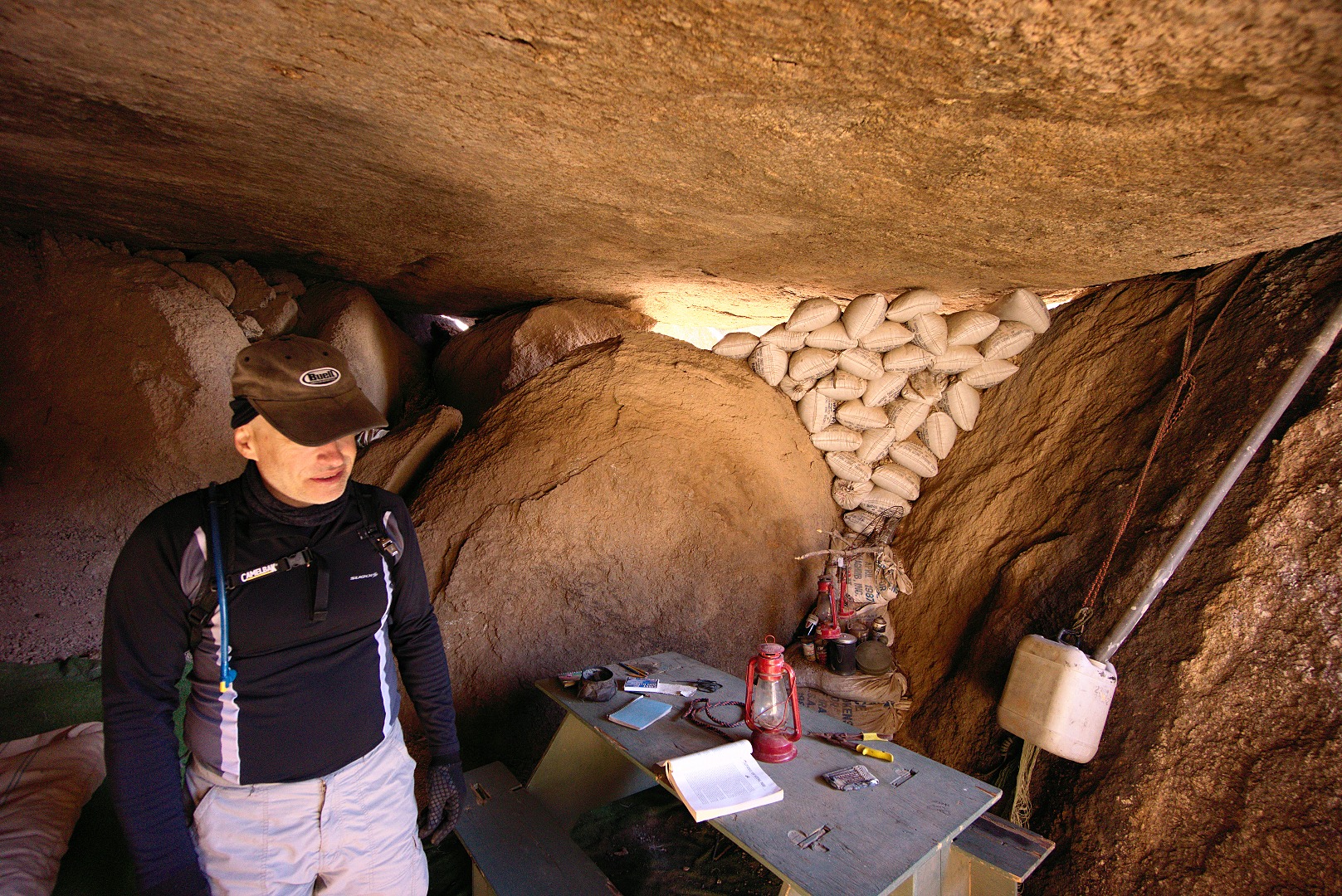 Below are some signs on the Tom’s Thumb Trail.  Joe and I climbed at Fort McDowell one time, but I haven’t been any further on this trail.  Back in the ’90s, Marilyn and I tried to find the other climbing areas, but there weren’t decent trails to these areas back then. (None that I could find, anyway.) According to the map, this trail should lead all the way to Tom’s Thumb.  I think it’d be fun to try to get to Tom’s Thumb via the Fort McDowell / Lost Wall / Half and Half Wall access trail. 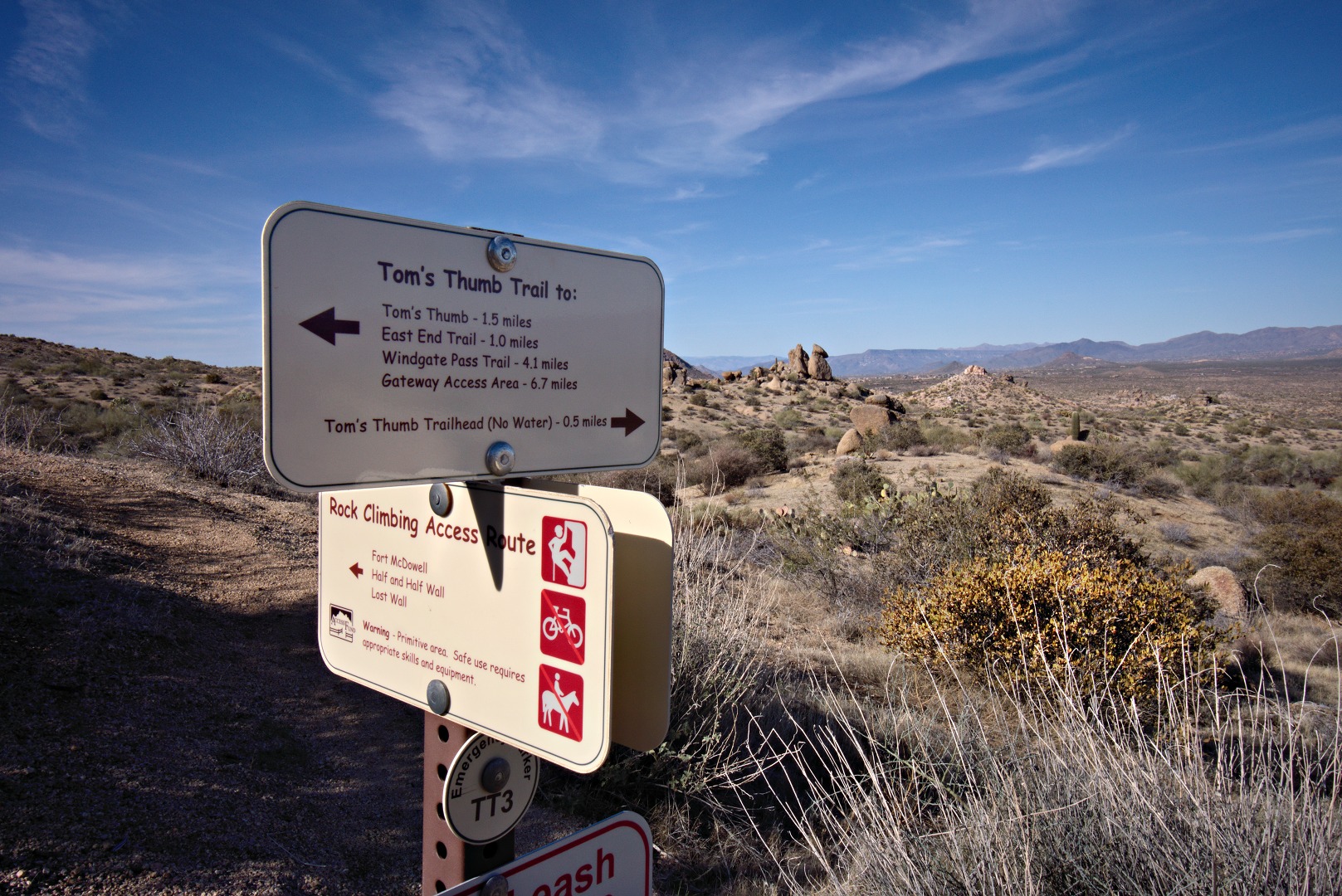 Saguaro in the Moonlight