I took this photo in early November last year during my trip to Burlington. 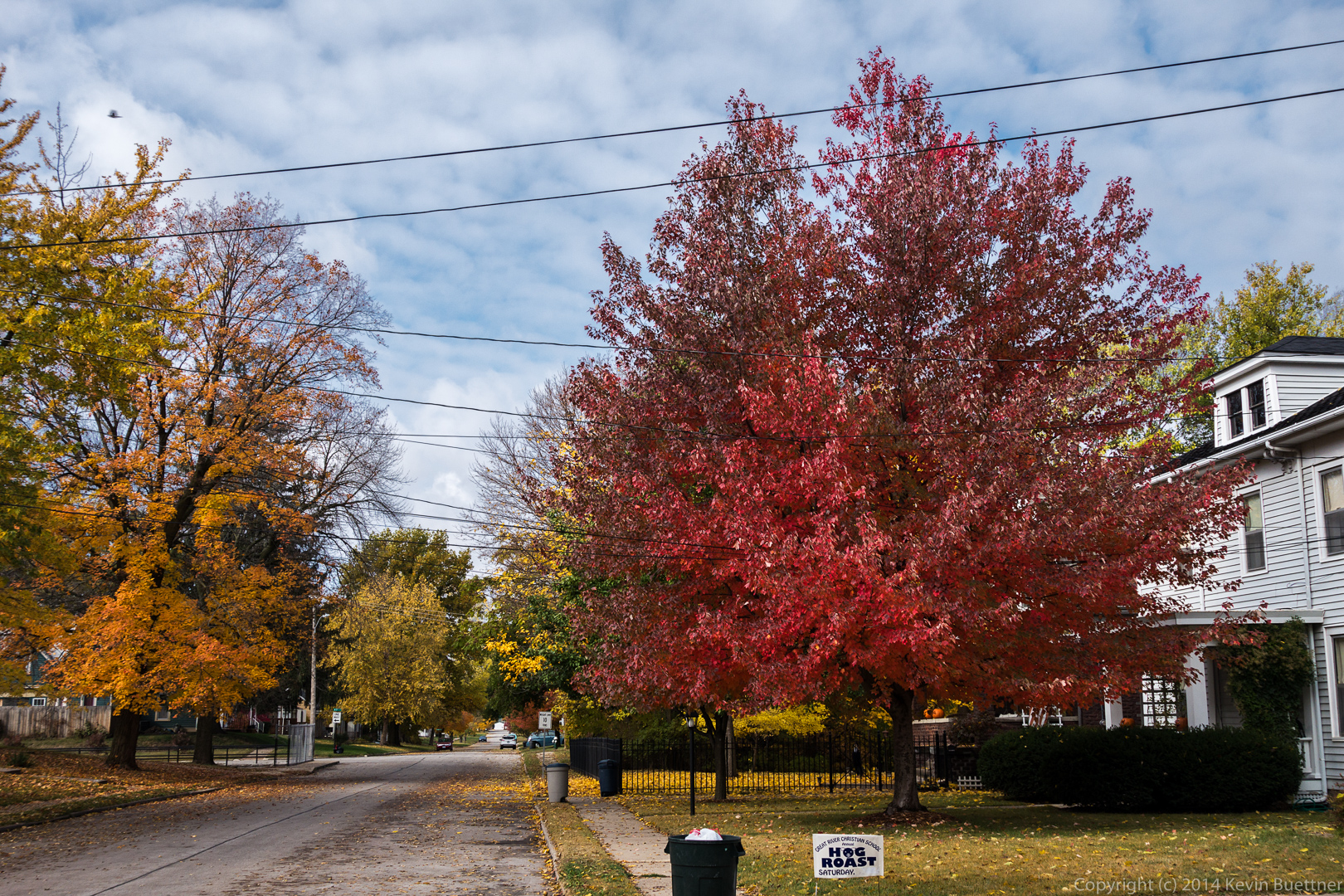 Two more shots from my visit to Burlington last November… 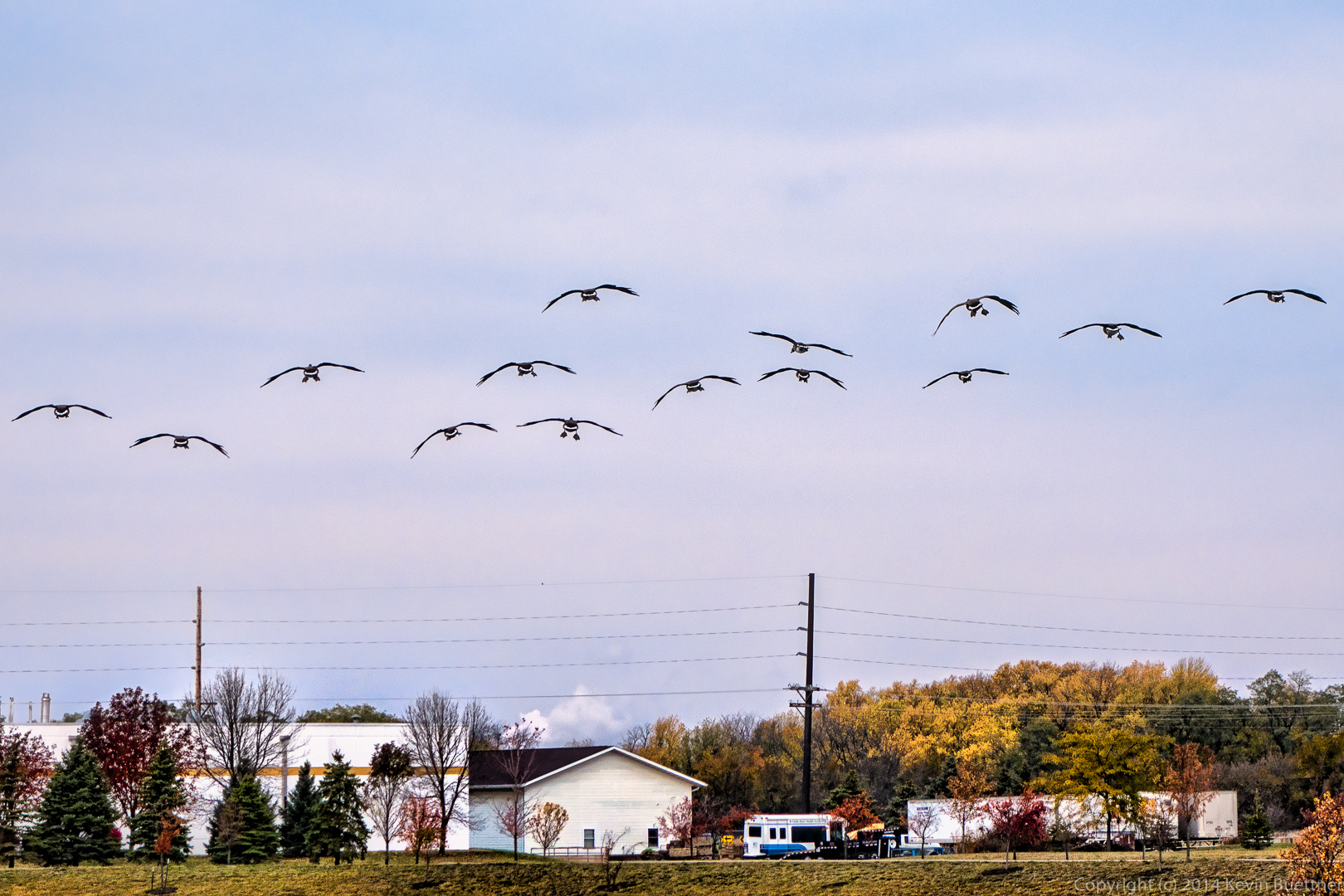 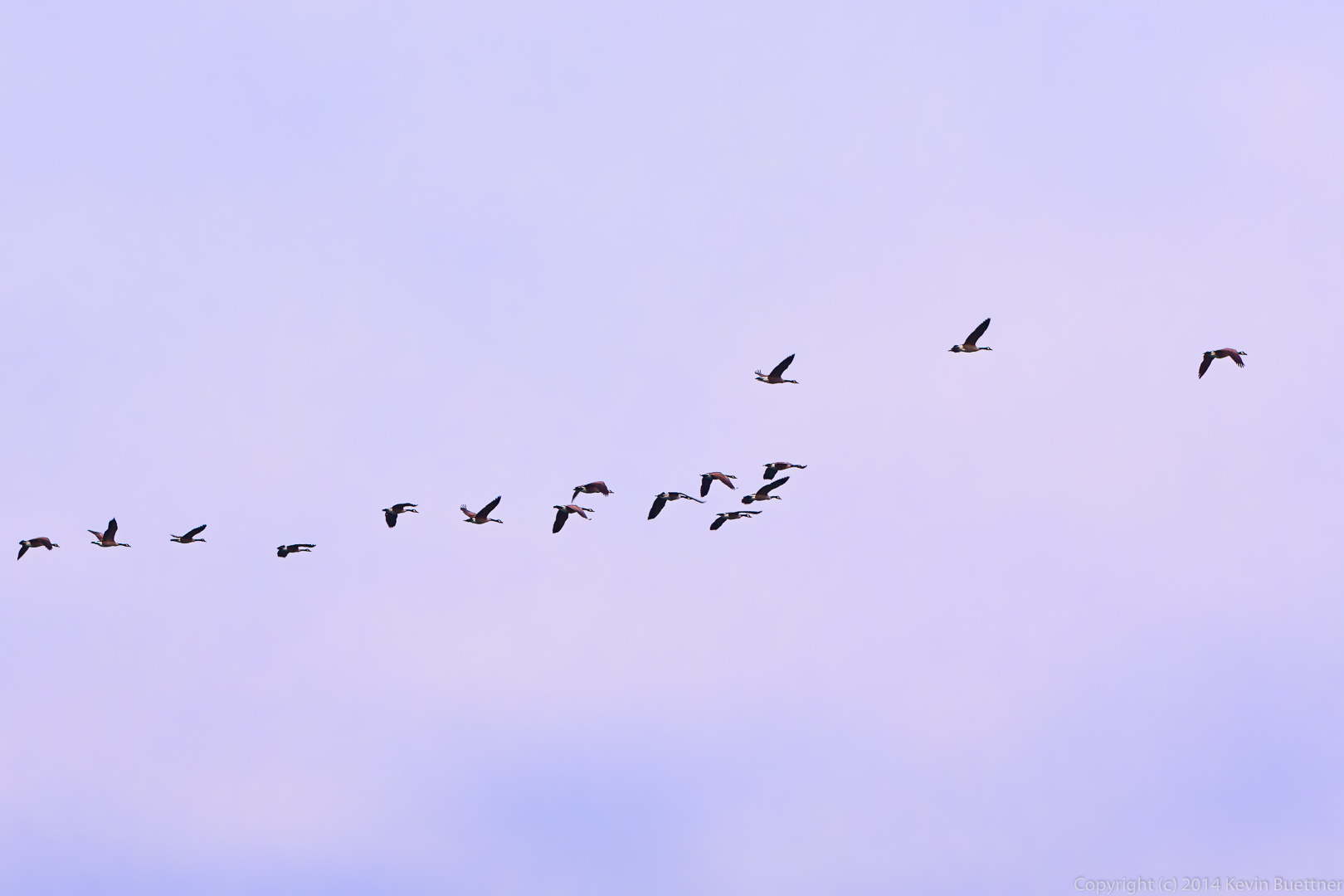 Burlington Churches (and other buildings) 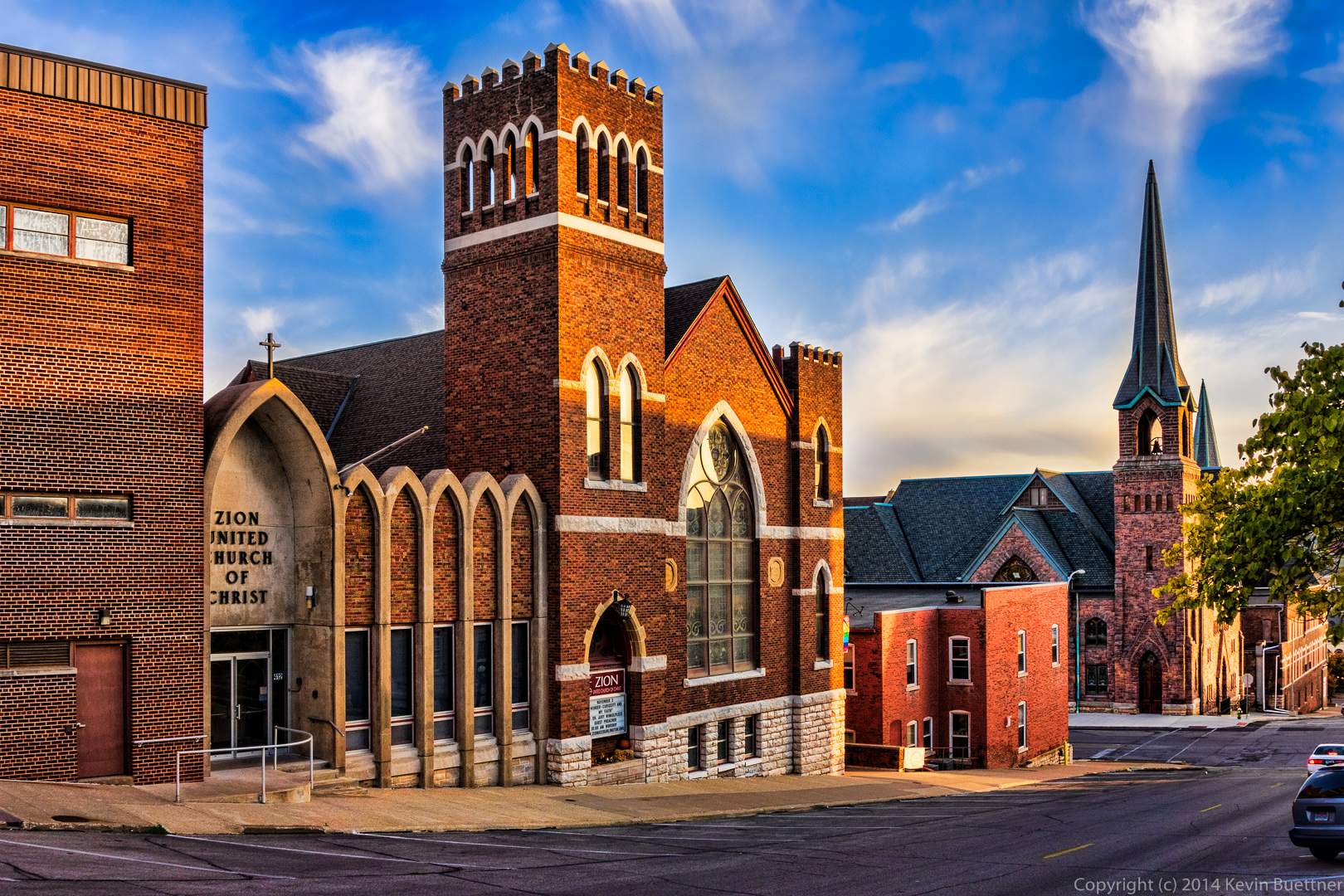 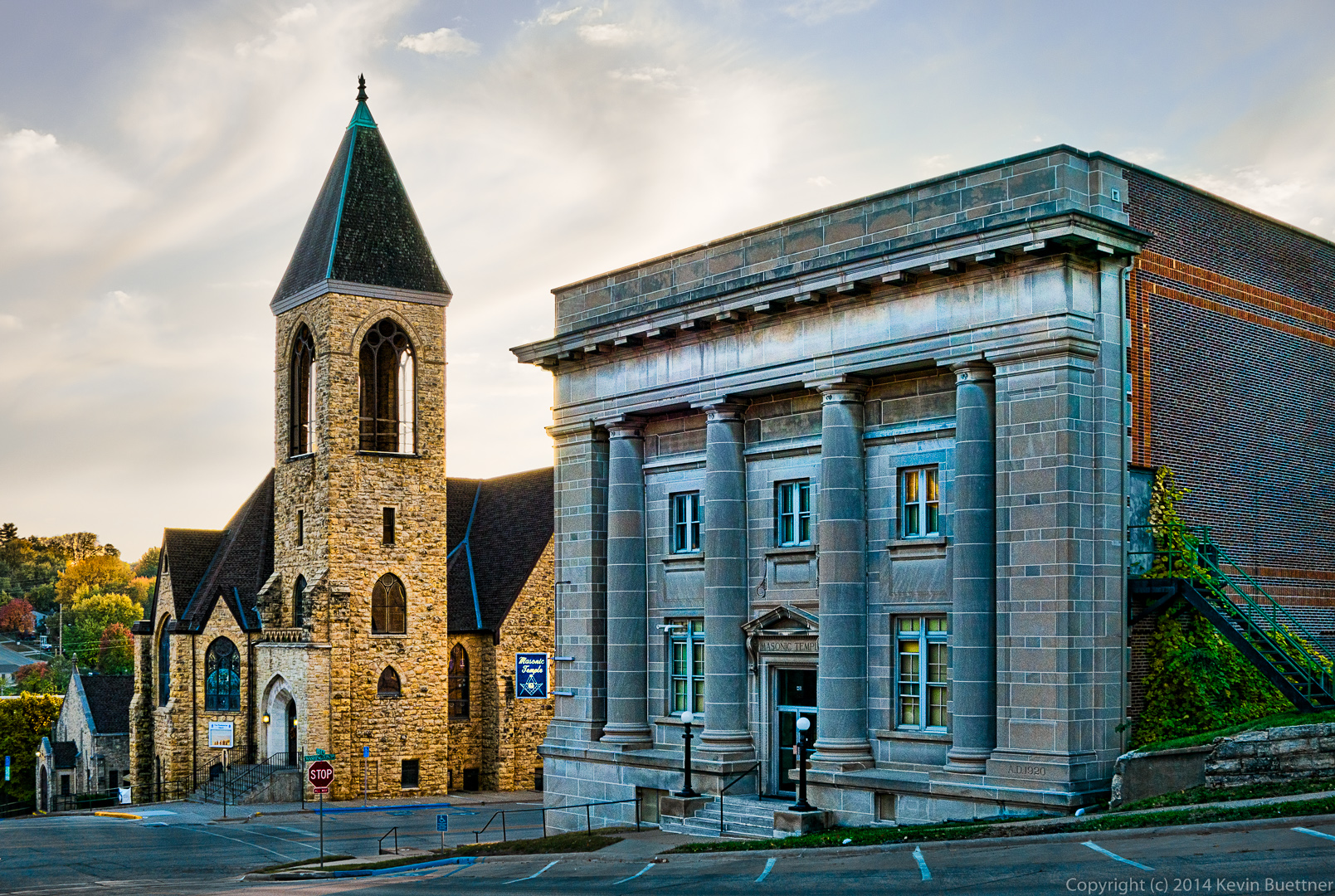 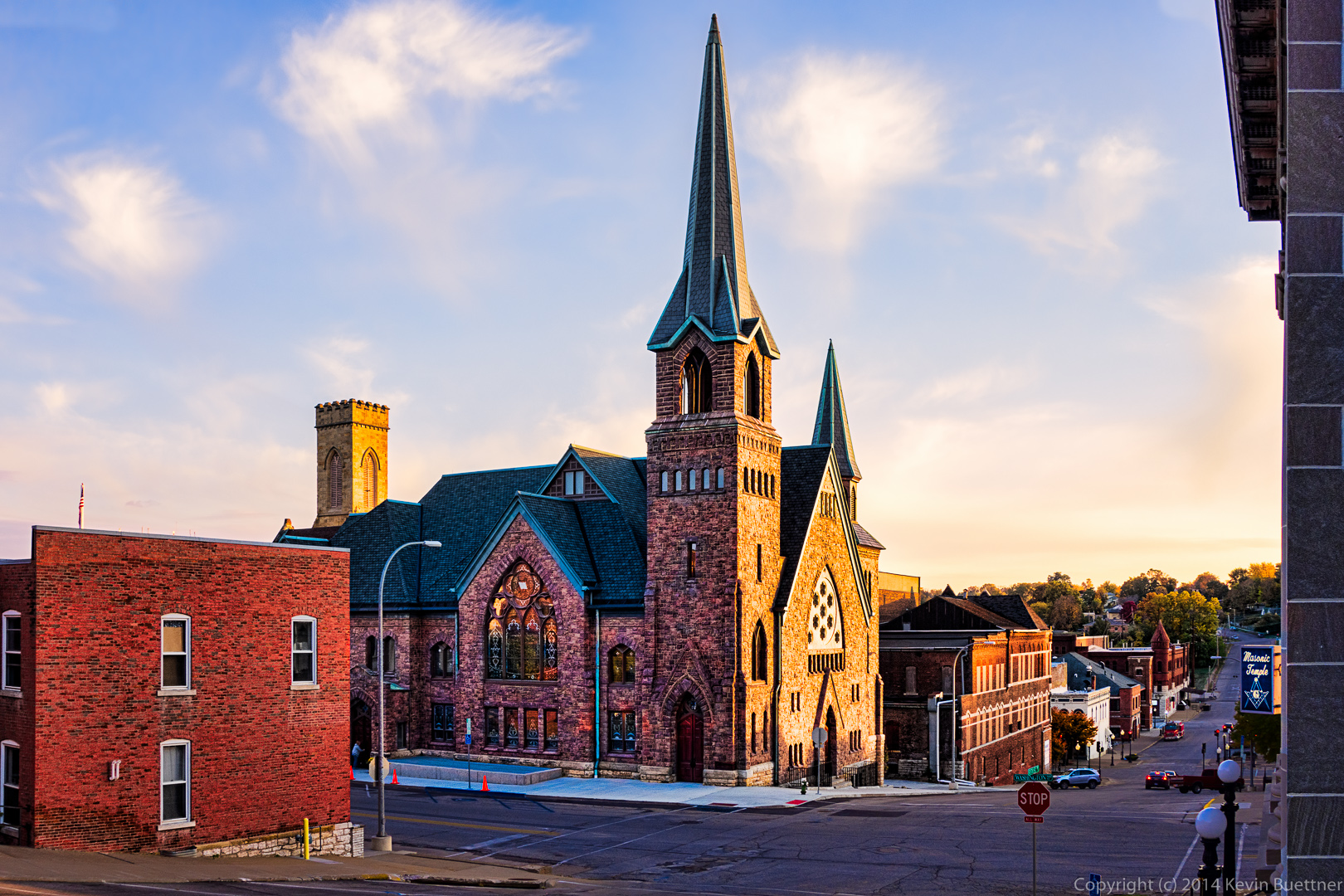 Snake Alley is a street in Burlington, Iowa which connects portions of North Sixth street together.

A sign at the top of Snake Alley tells of its history: 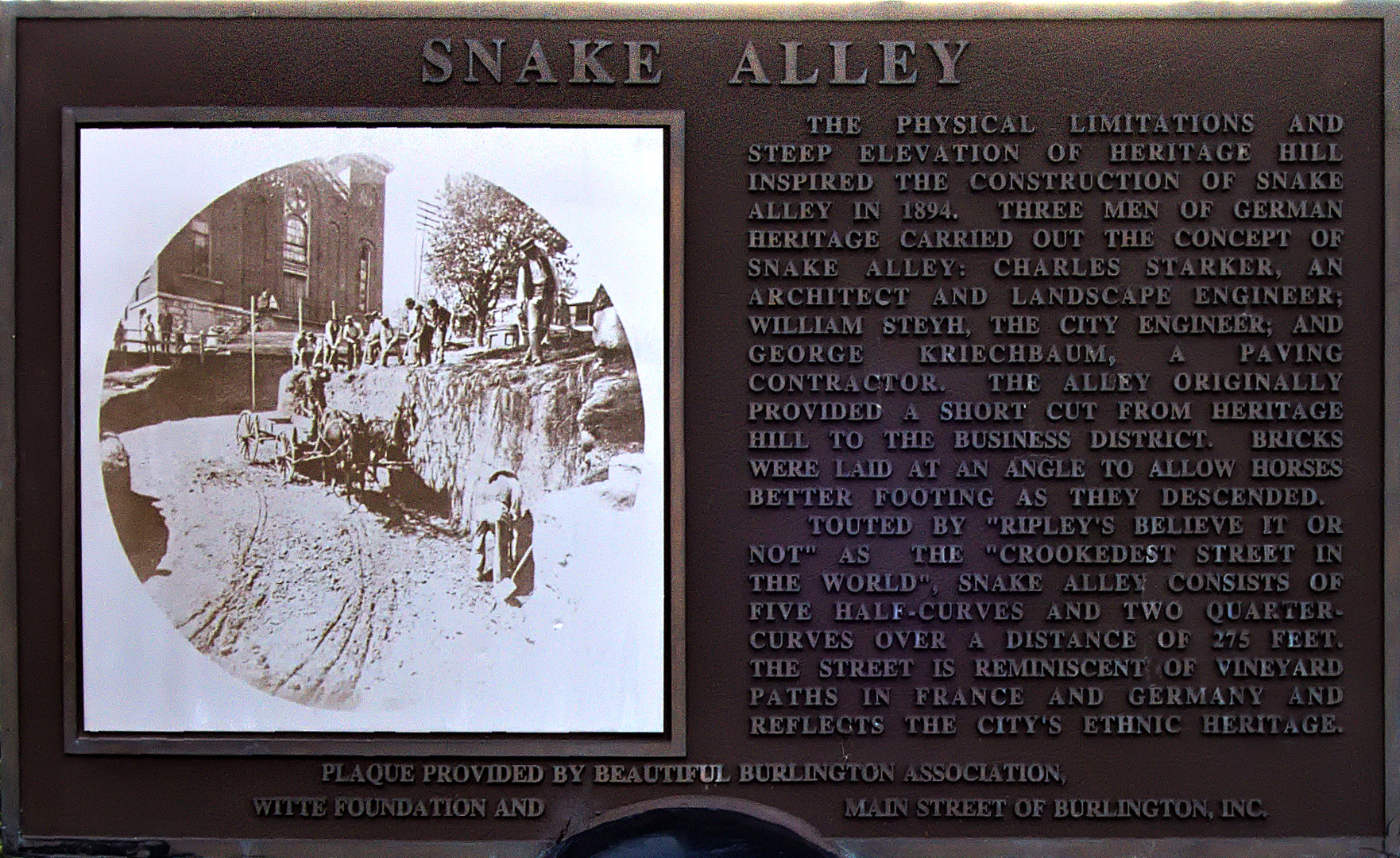 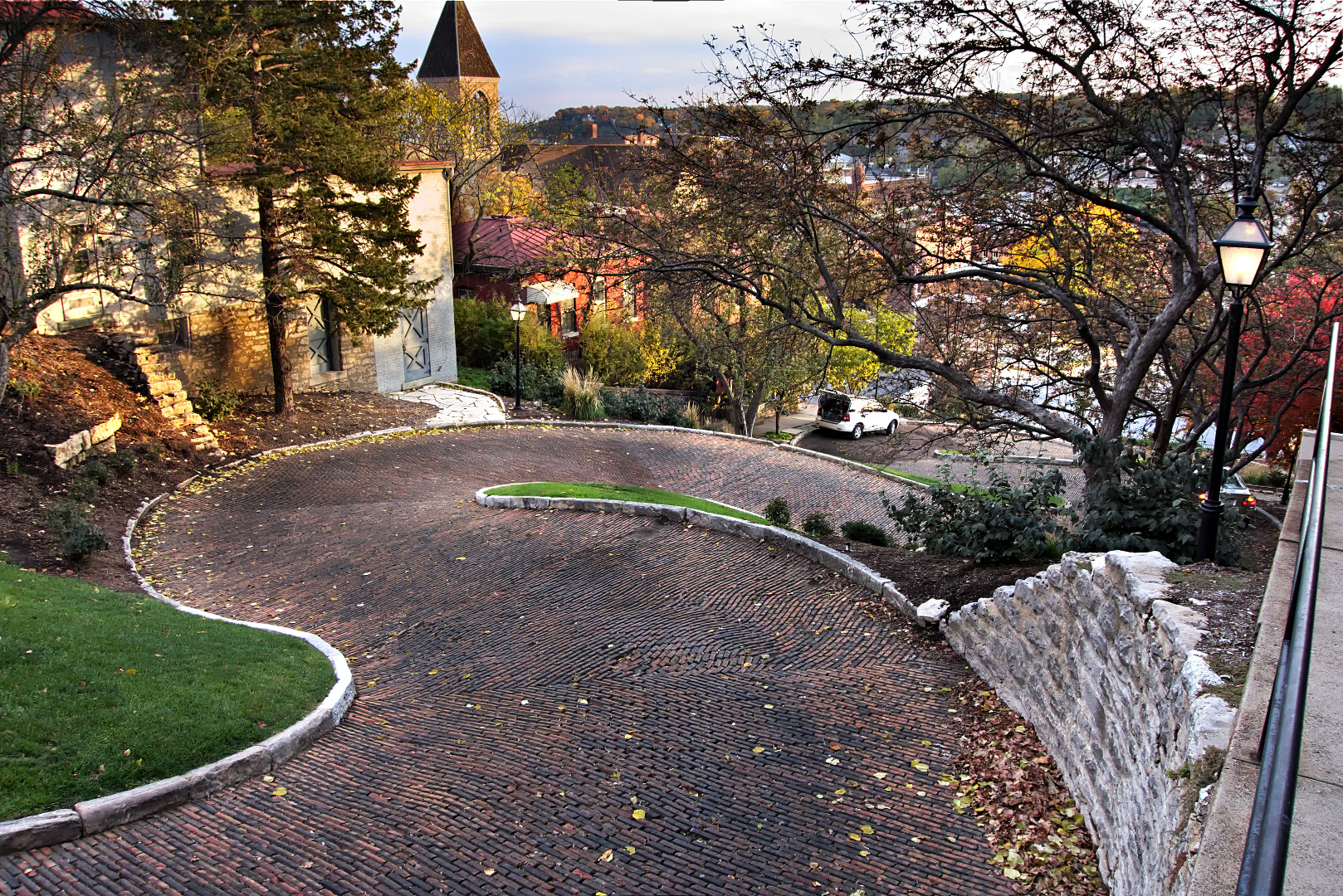 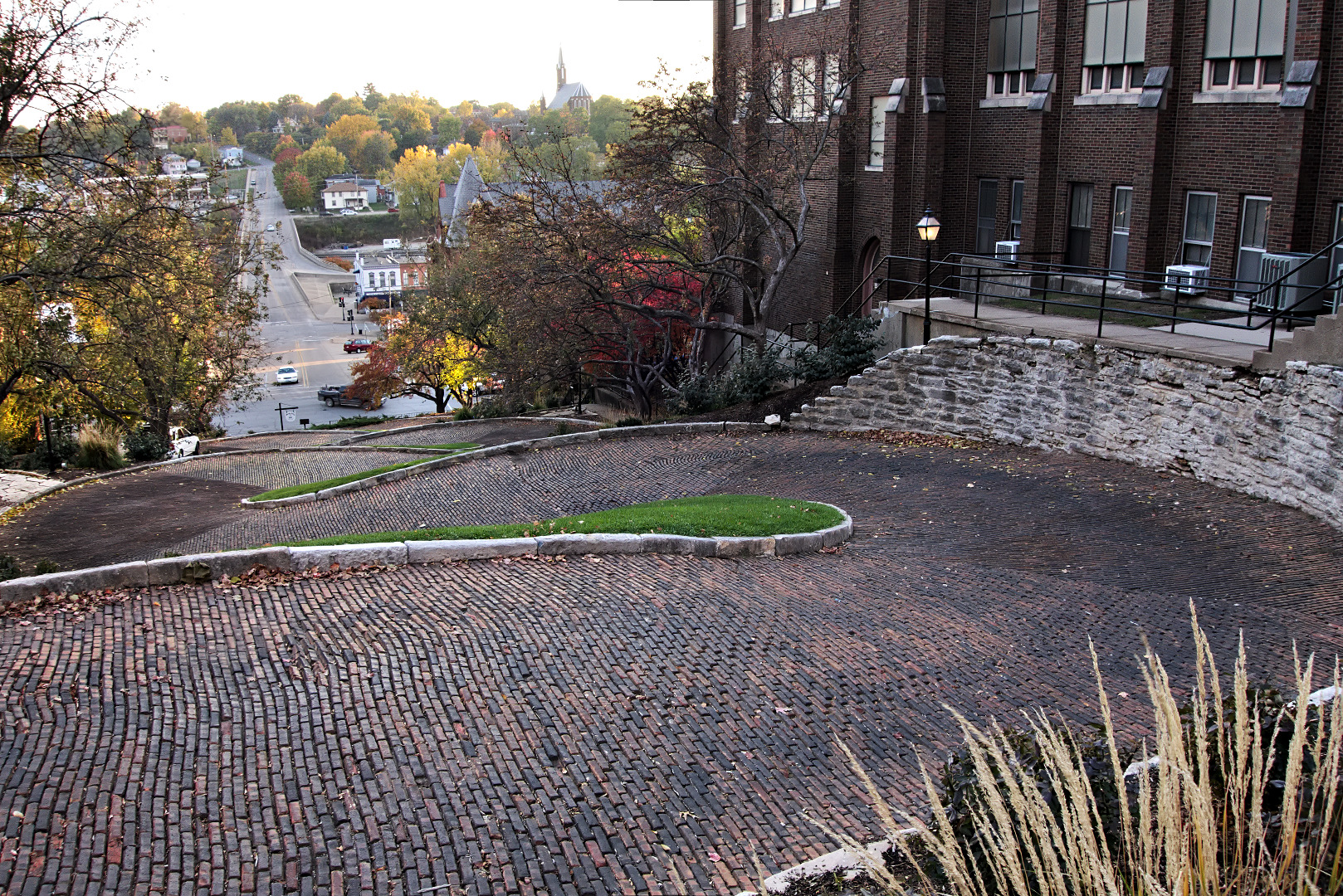 Two views looking up Snake Alley, at a distance: 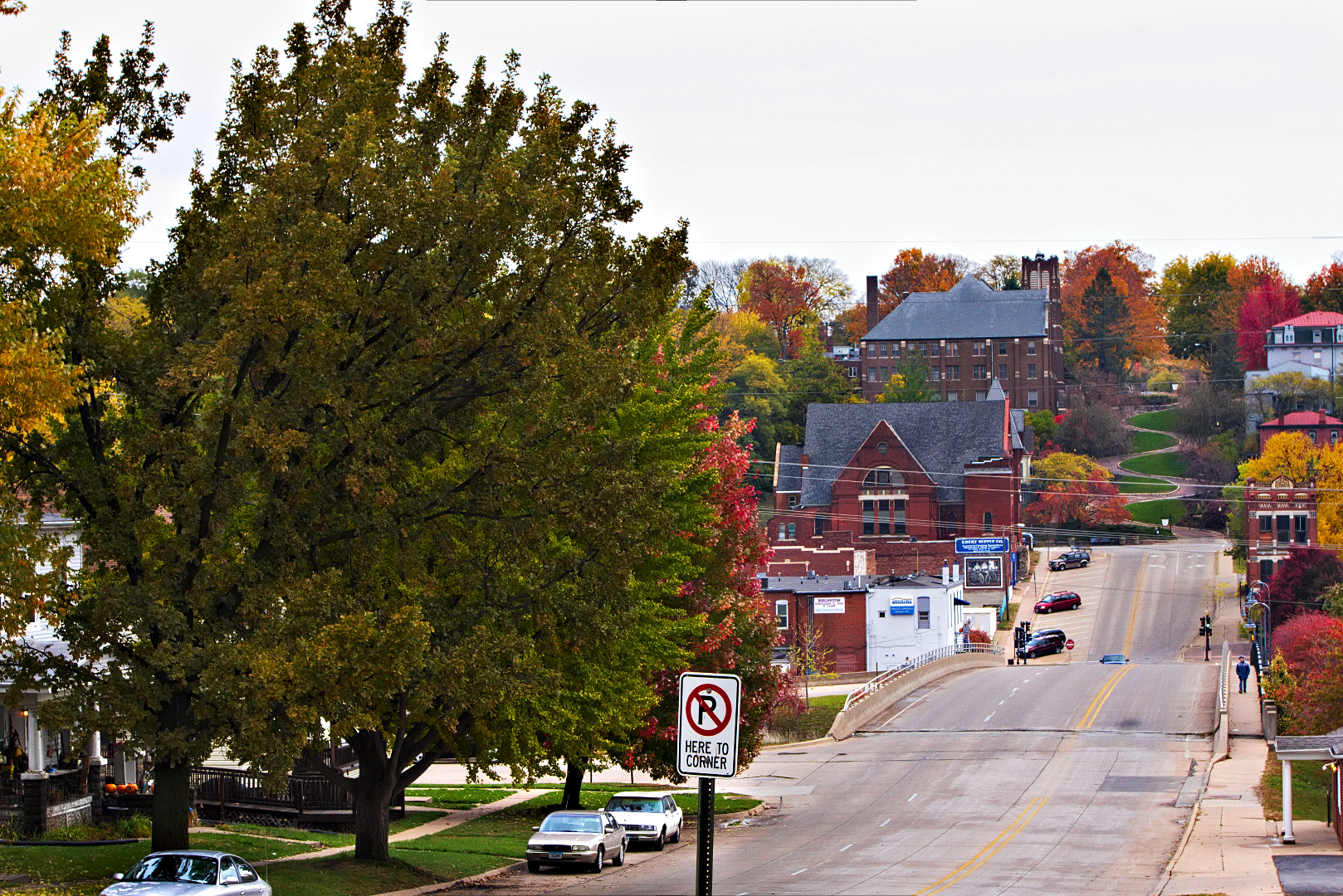 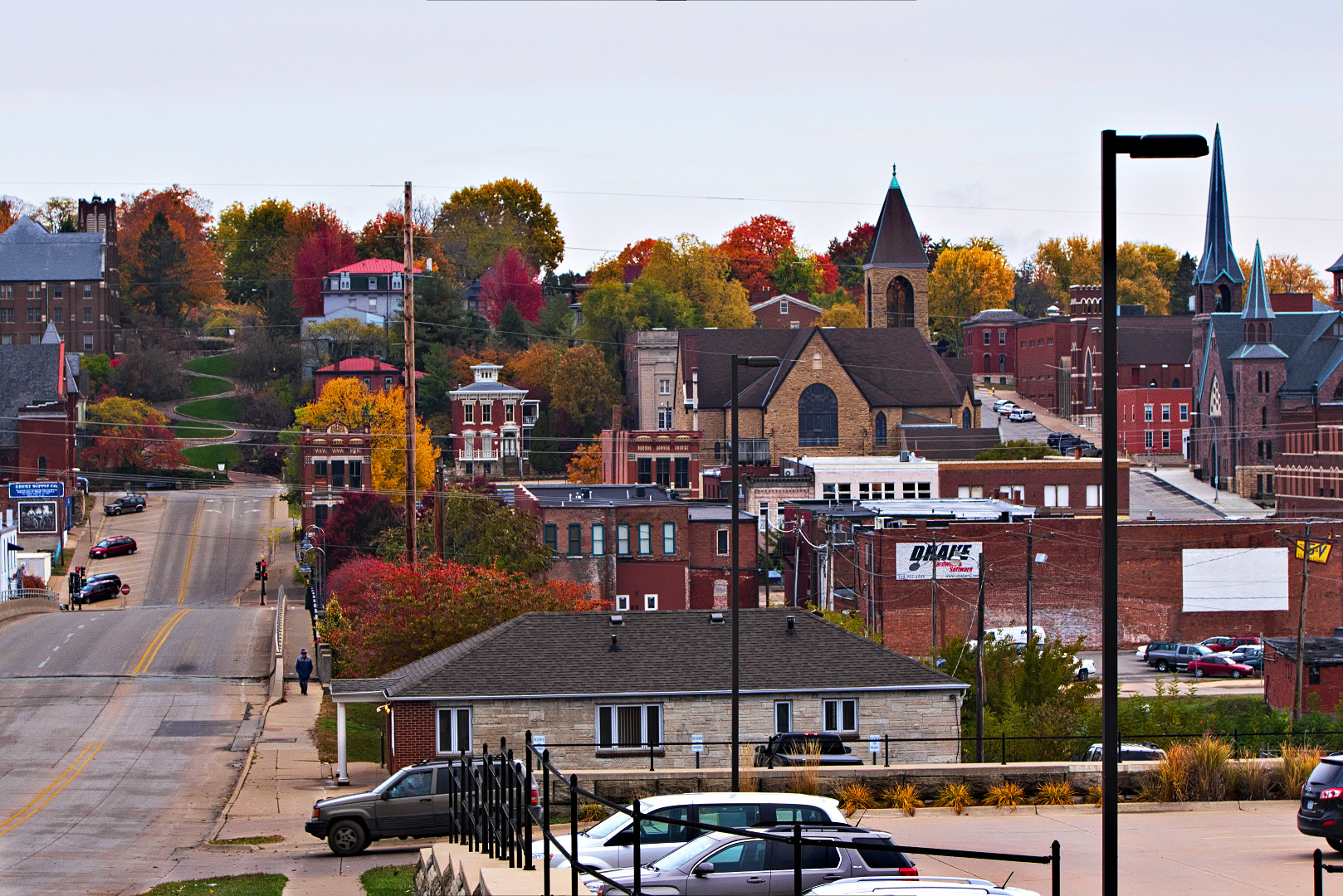 The Phelps House Museum is right next to Snake Alley on Columbia Street. 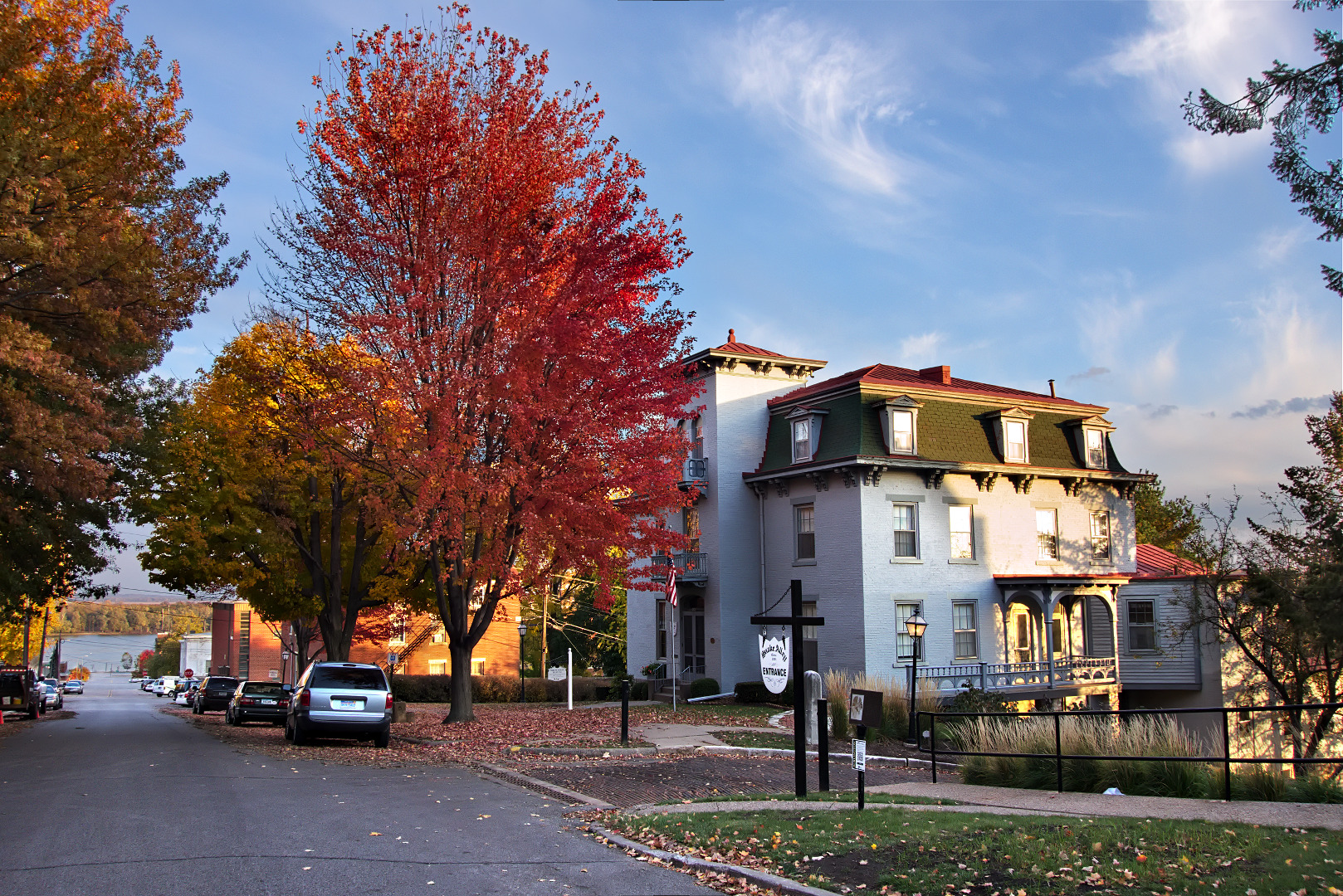 The First United Church of Christ is on the other side of Snake Alley. 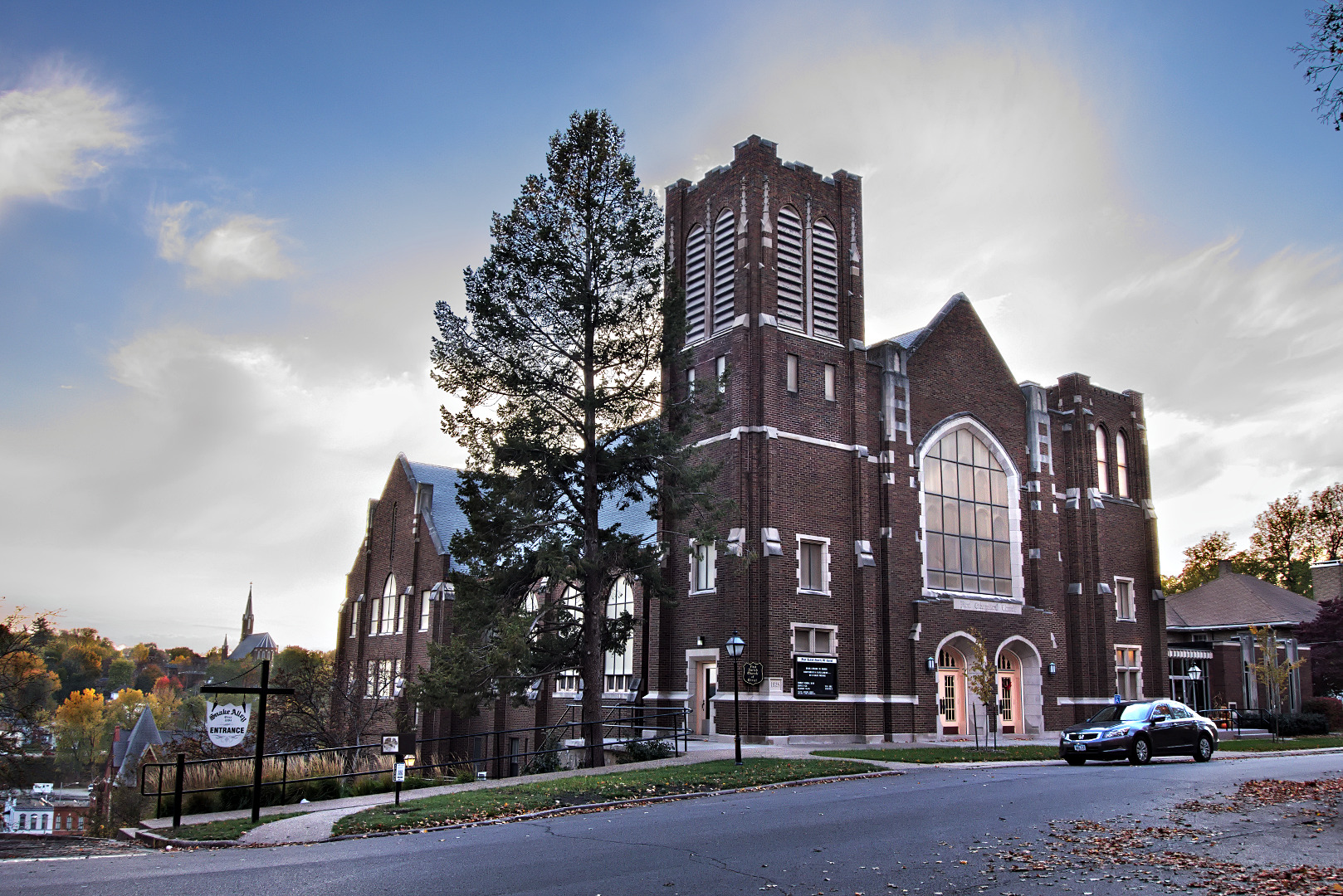 On the other side of Columbia Street, we saw some roofers working on a very steep roof. 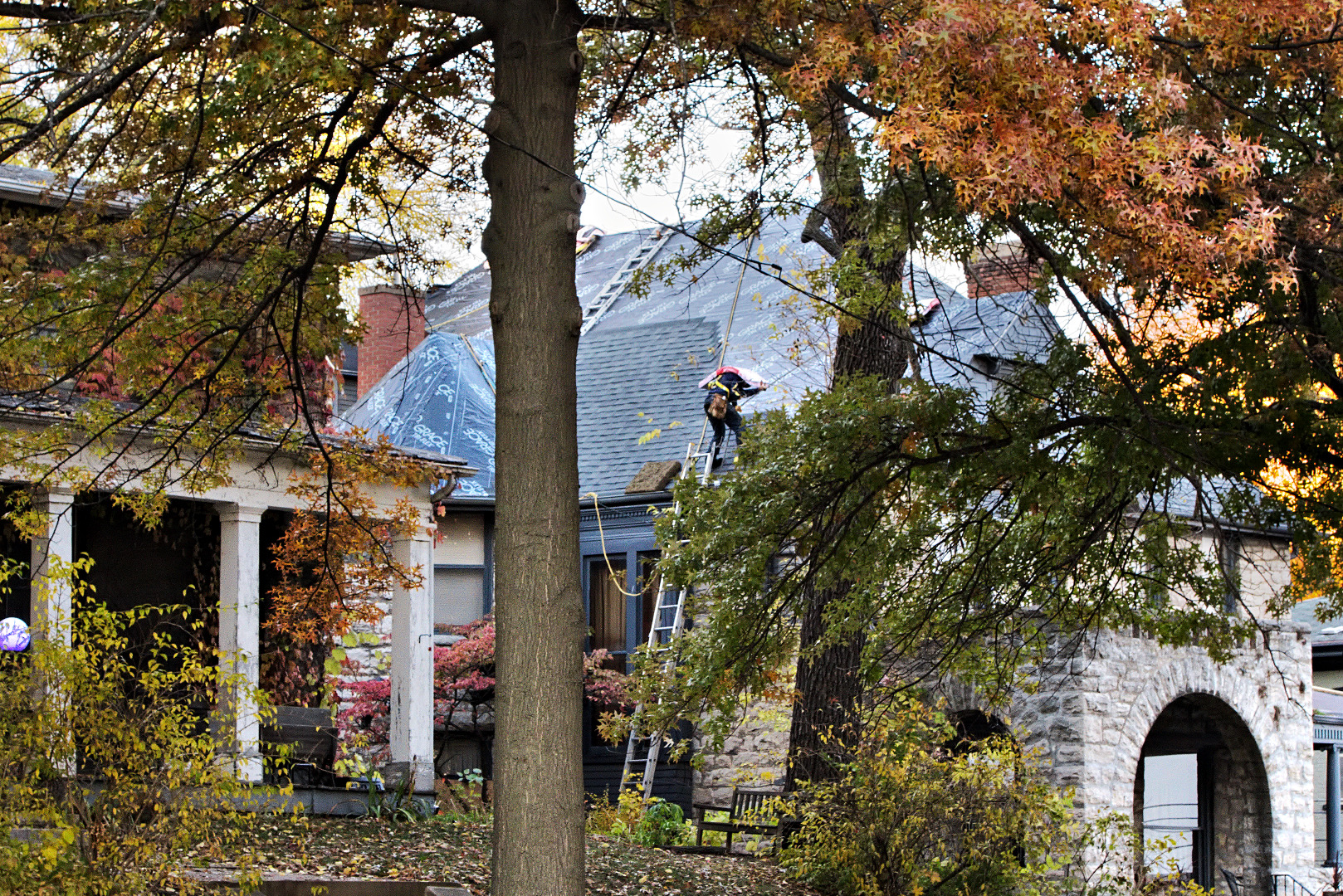 The Great River Bridge spans the Mississippi River, carrying traffic between Burlington, Iowa on the west and Gulport, Illinois on the east.  Below are photos of this bridge and some of the surrounding area.  My favorite is the last one of the bunch which was taken in late afternoon. 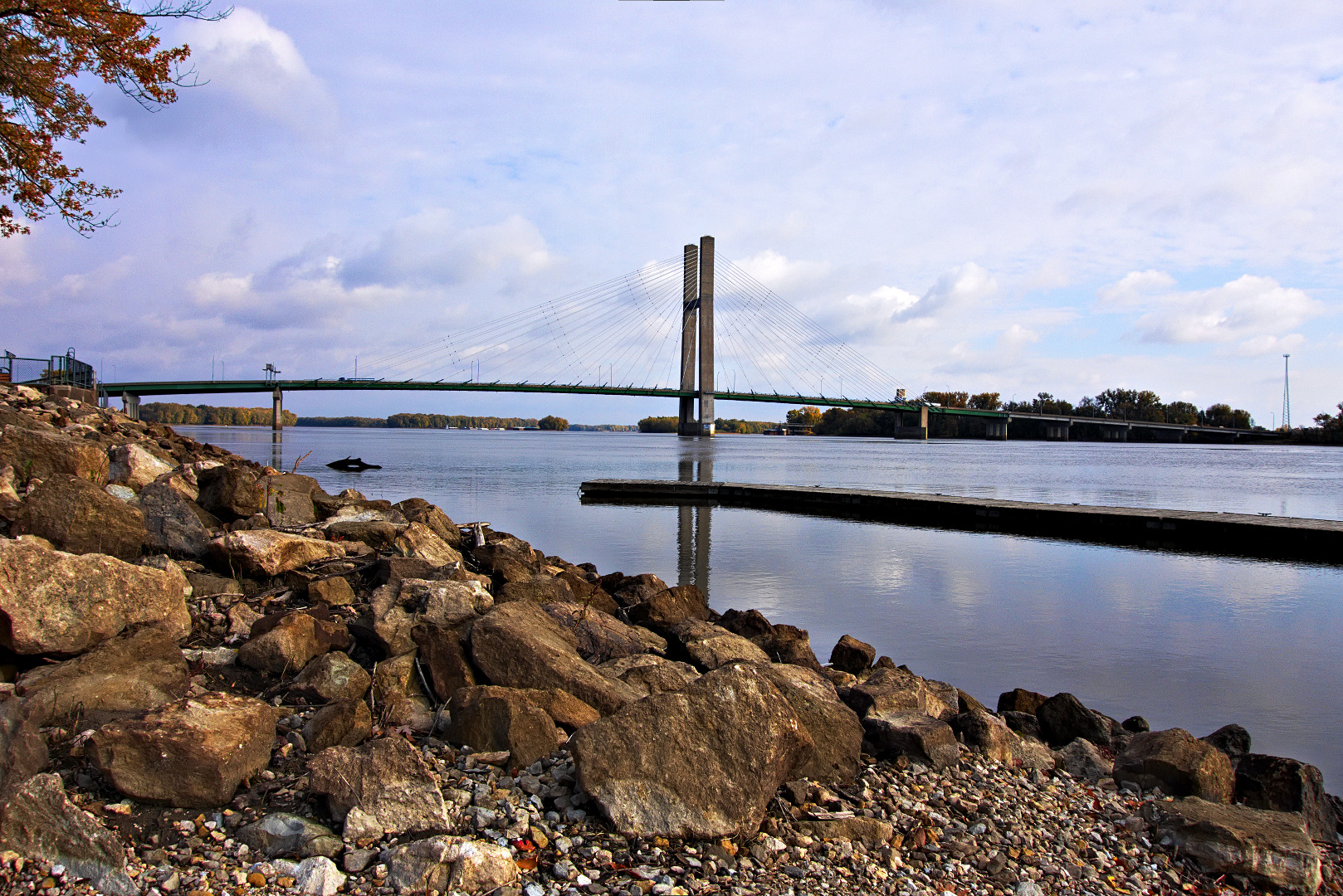 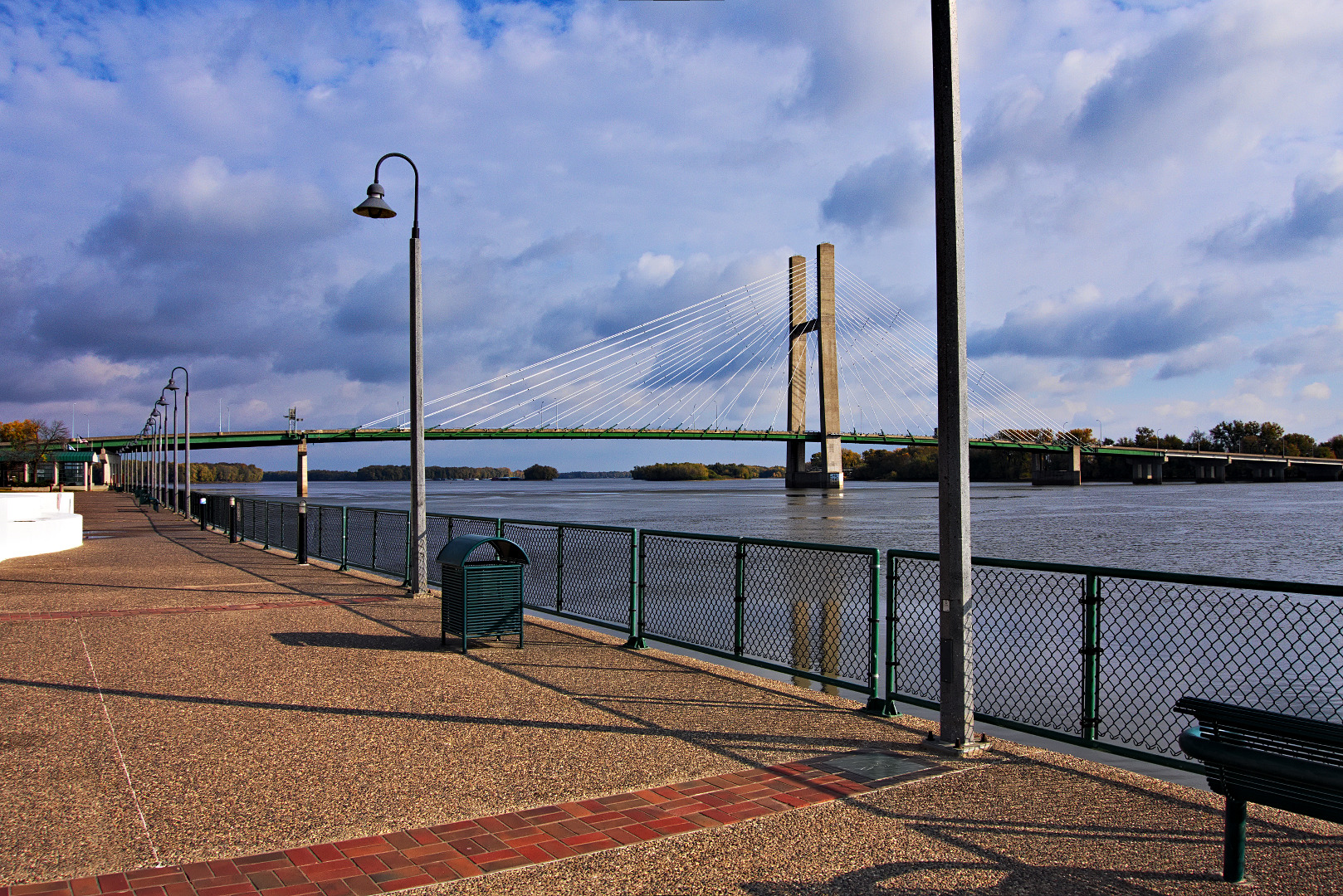 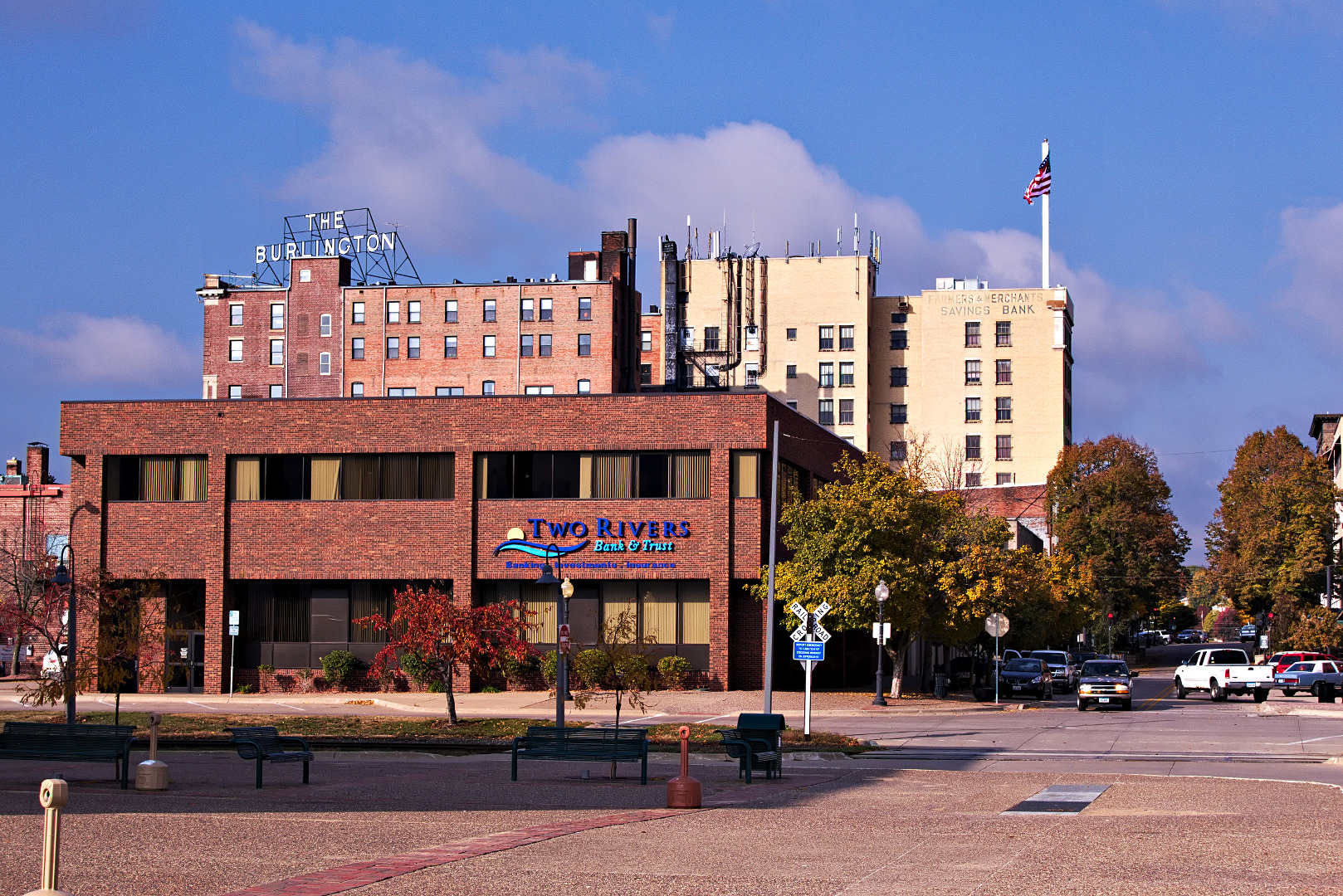 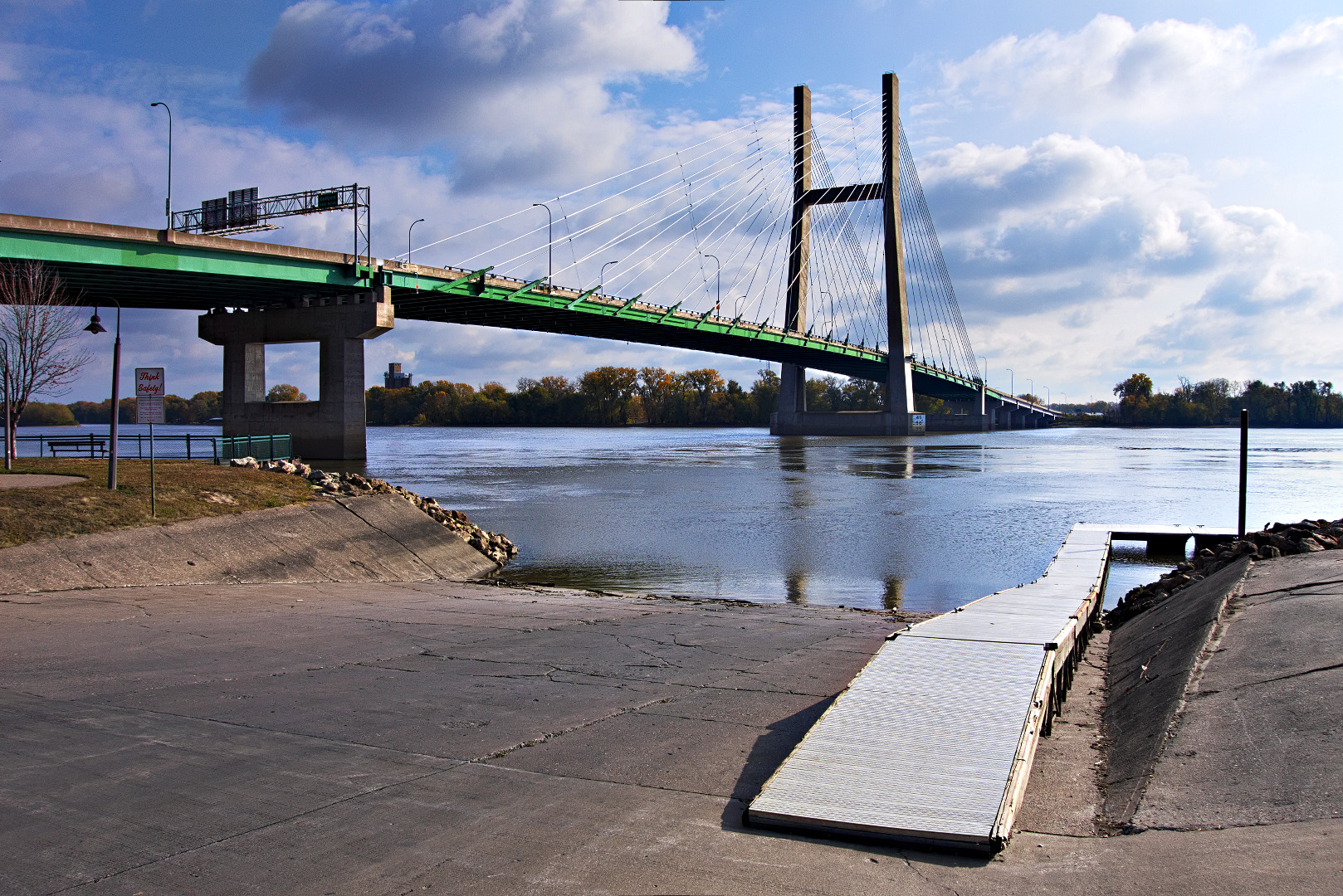 A grain elevator on the Illinois side is visible through one of the bridge supports. 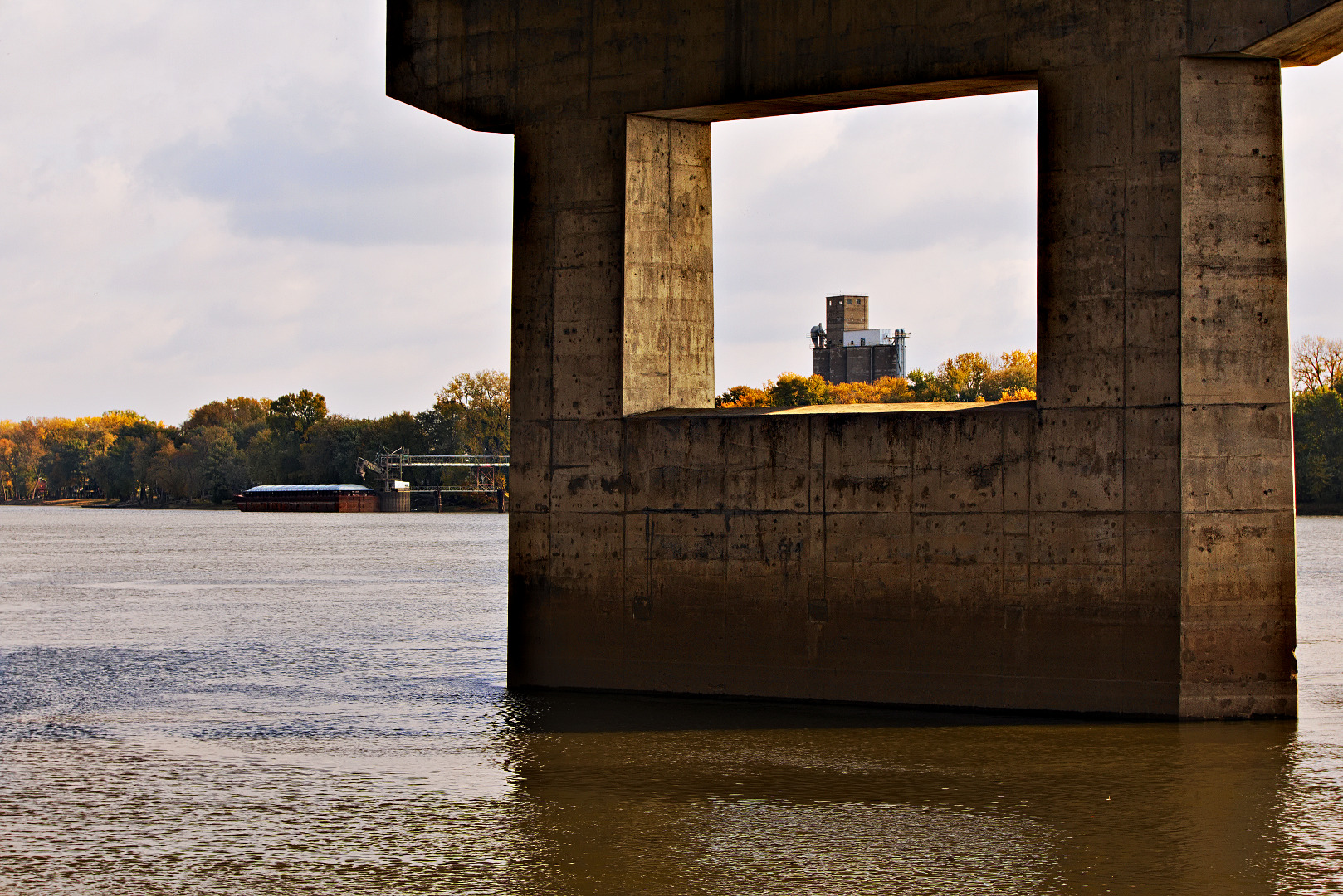 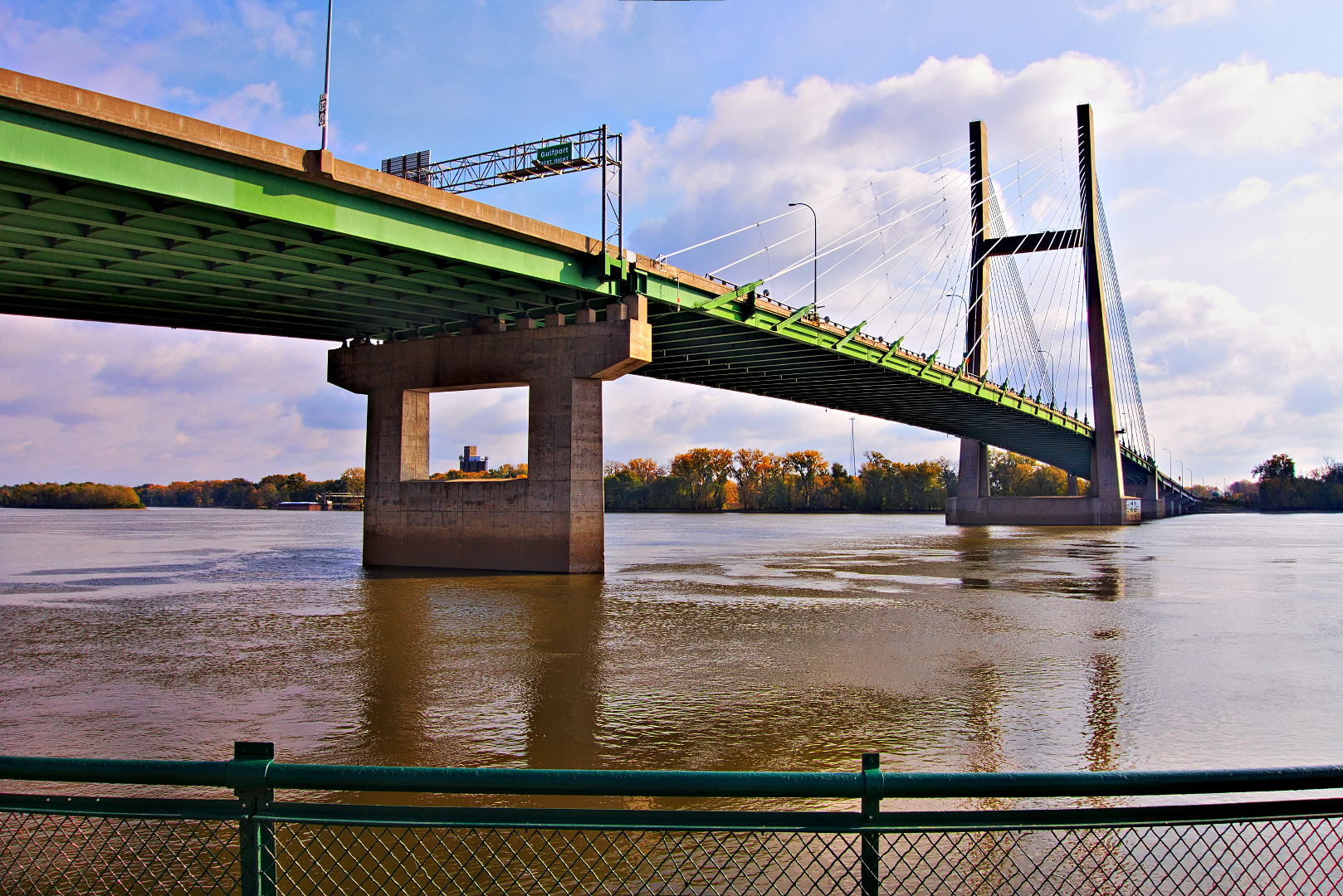 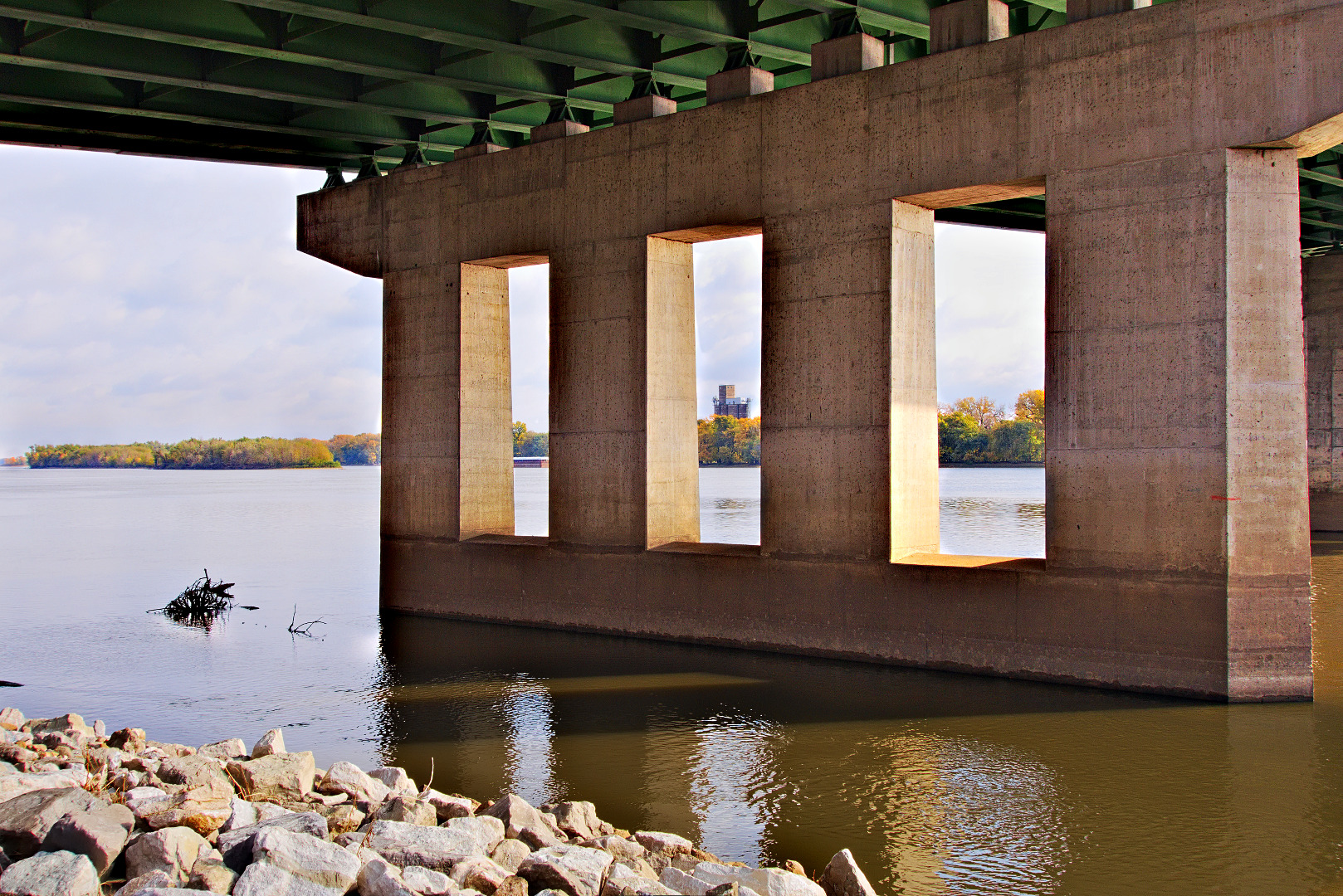 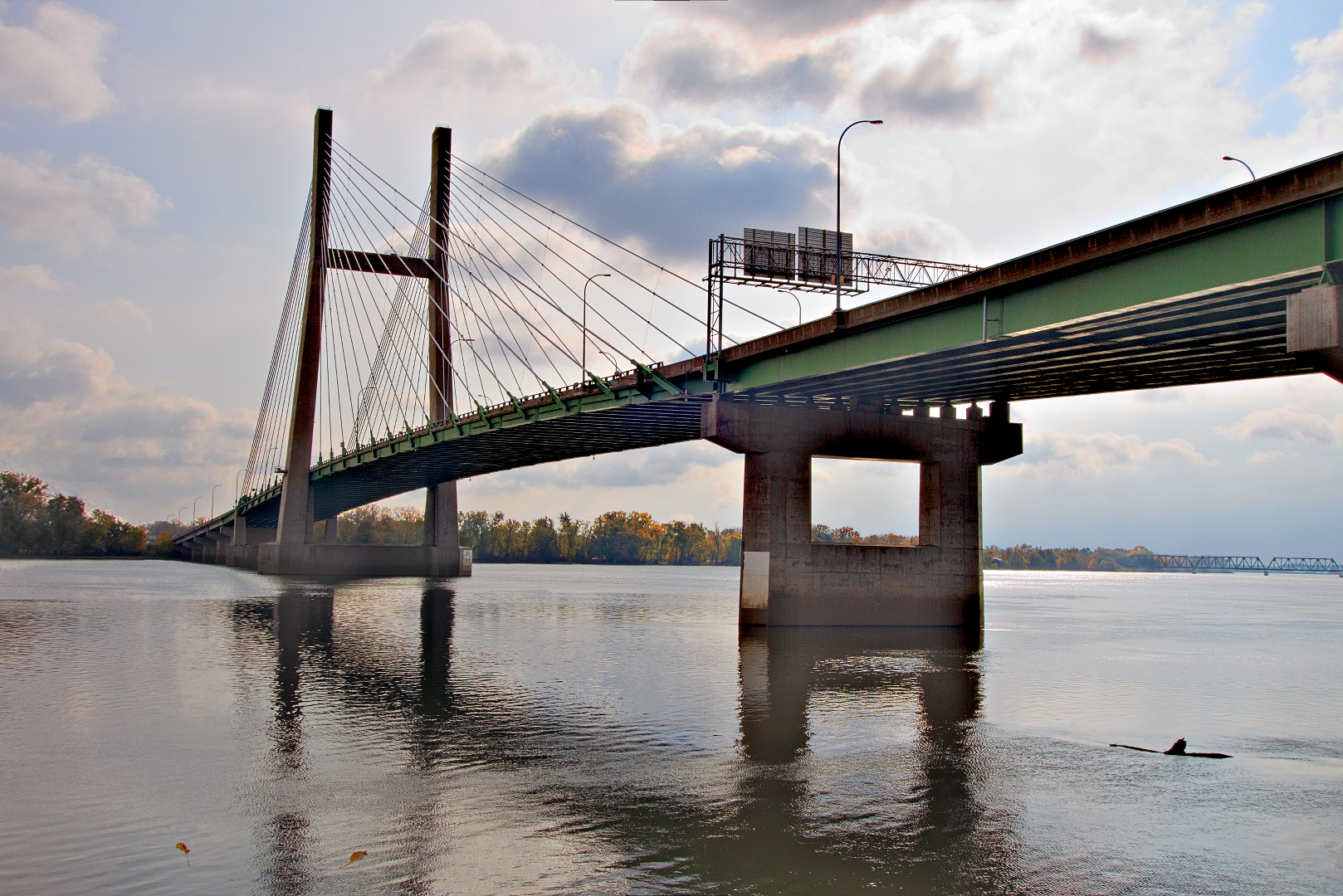 This is Big Muddy’s Bar and Grill.  I think I ate there once many years ago. 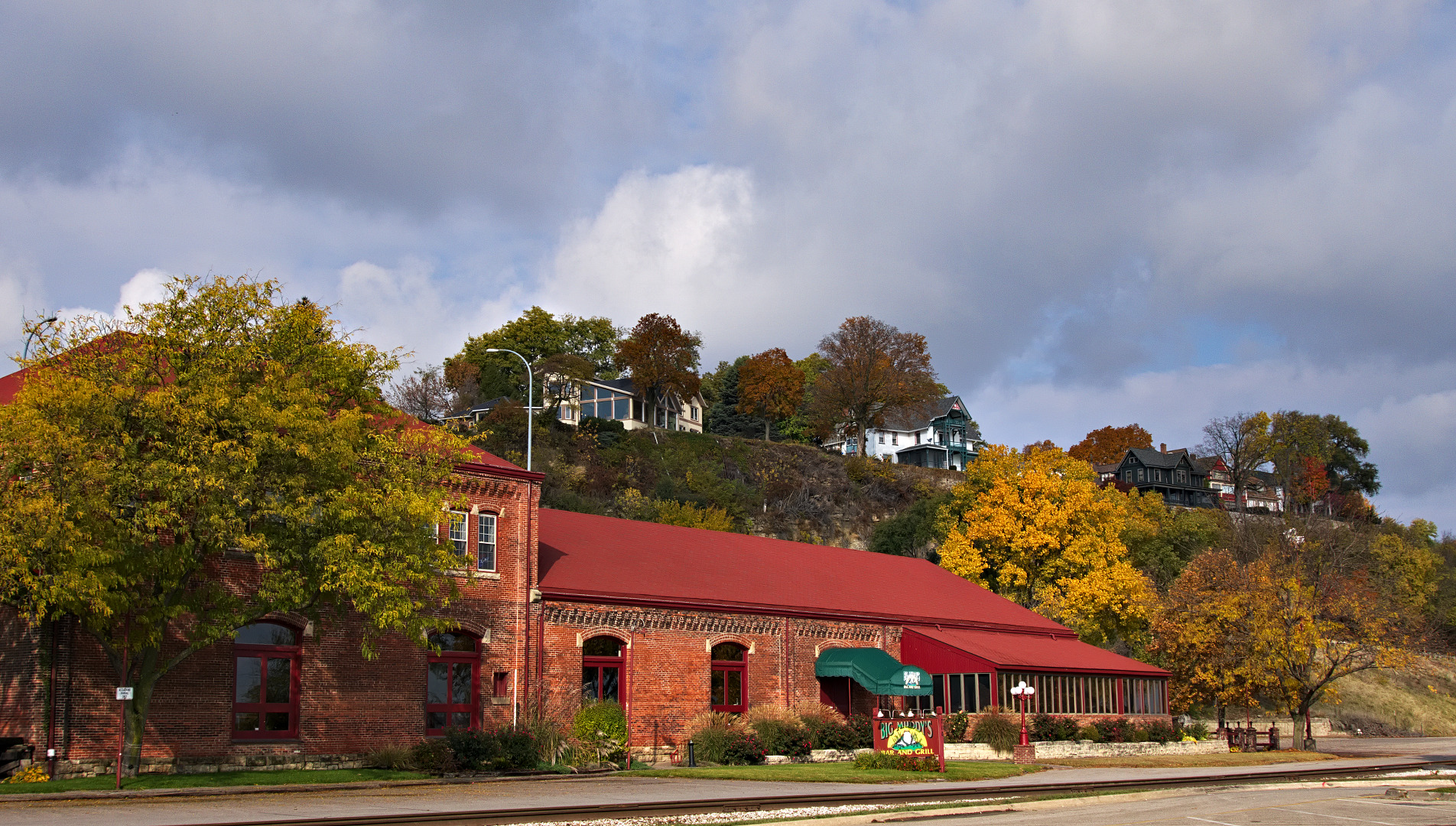 Looking northward up the Mississippi: 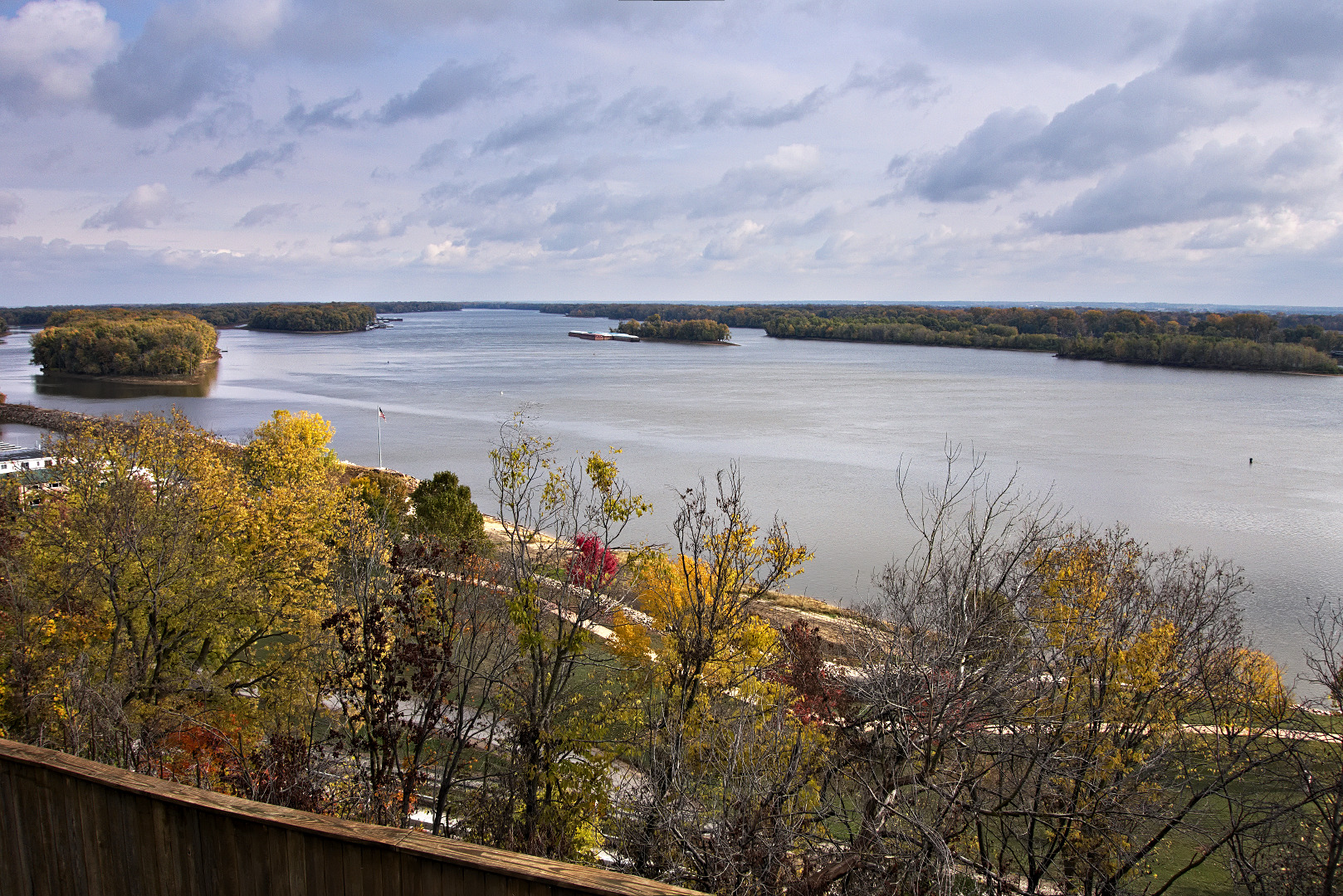 This one was taken from the east end of Spring Street.  The Burlington Rail Bridge can be seen further south. 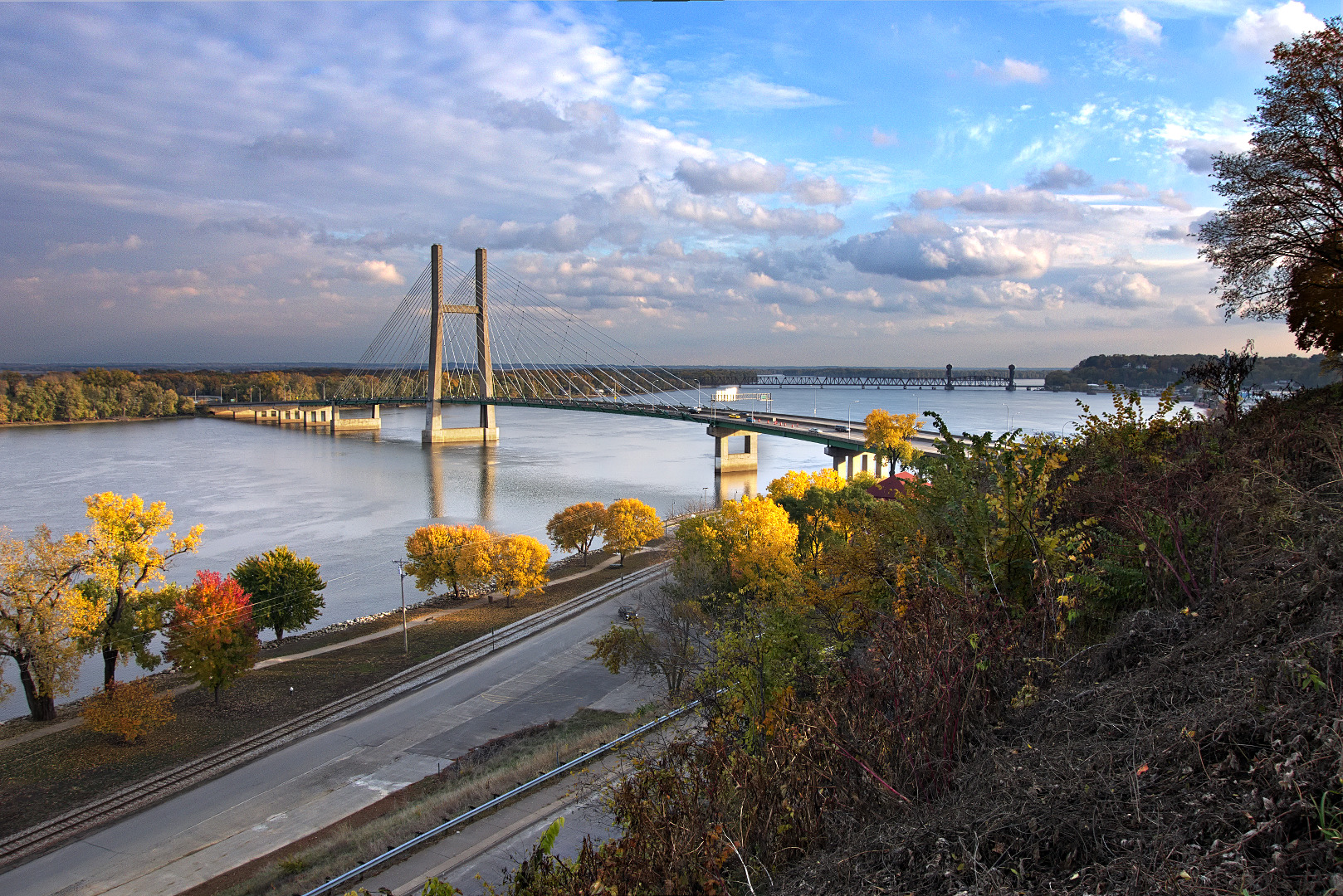