Below is a photo of a computer that I built recently.  The Streacom Open Benchtable (red chassis below the motherboard) made it easy to plug and unplug memory, PCIe cards, and cables during bring-up / testing. The PCIe slots are populated by three video cards and a host bus adapter. The smaller graphics card between the two larger ones is for the virtualization host. The other two are for a Linux VM and a Windows VM. The KVM switch beneath the SSD hot swap bay / backplane is used to switch between the VMs.  At the moment, it’s connected to four different VMs residing on two different physical machines. (The other machine is not shown in this photo.)

For the most part, using the Streacom BC1 was a pleasure.  I did, however, run into two problems: 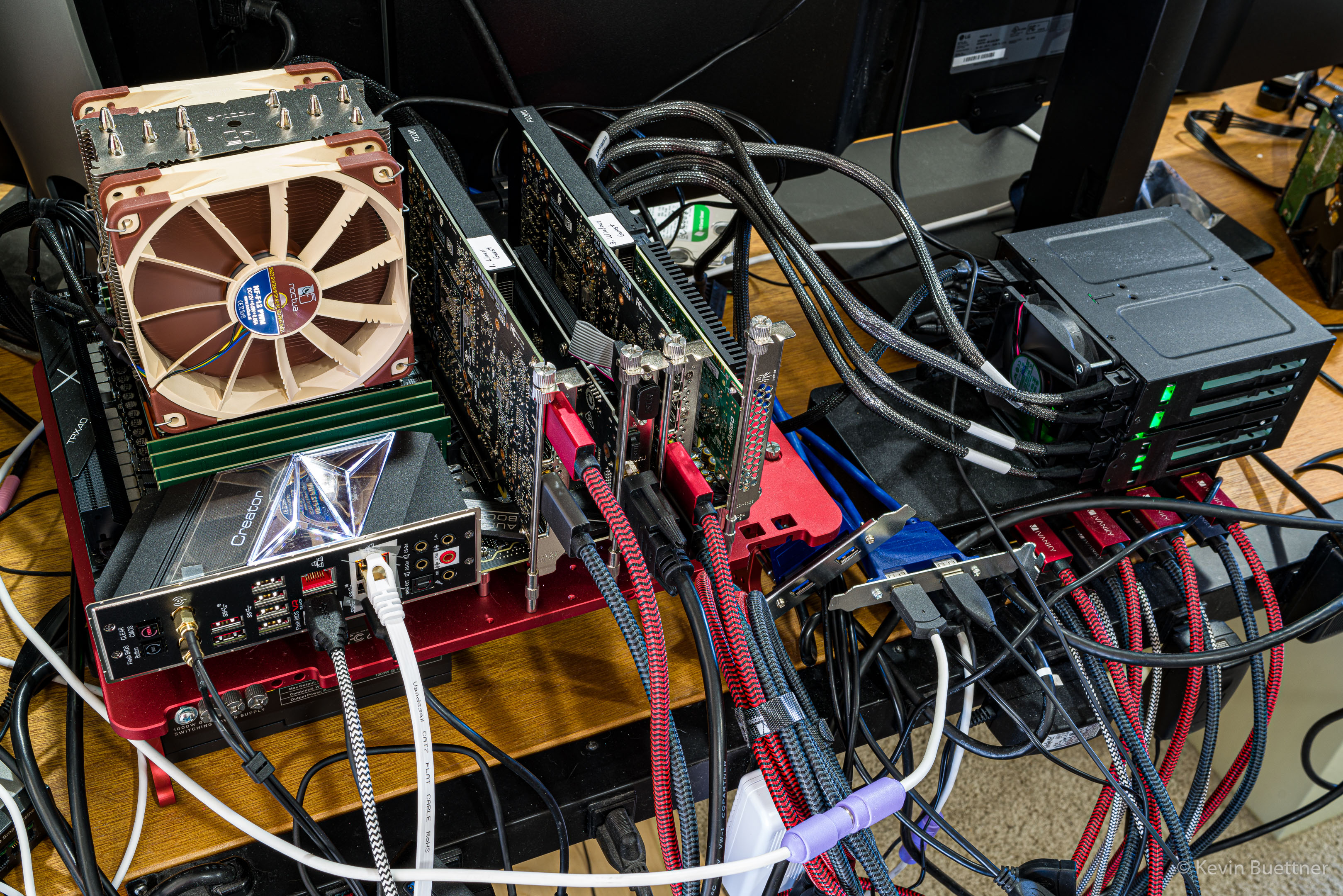