Kevin and I (yes, another Kevin) hiked a little over eight miles on Friday. We hiked the Dixie Mine Trail to the mine, past the petroglyphs, to the Prospector Trail. We hiked up Prospector, nearly to the Bell Pass Trail. From there, we turned around, returning via Prospector, the Thompson Peak Service Road, and Dixie Mine Trail.  It was a warm day; I didn’t take many photos as we were more concerned with finishing before it got too hot.

Near the petroglyph panel… 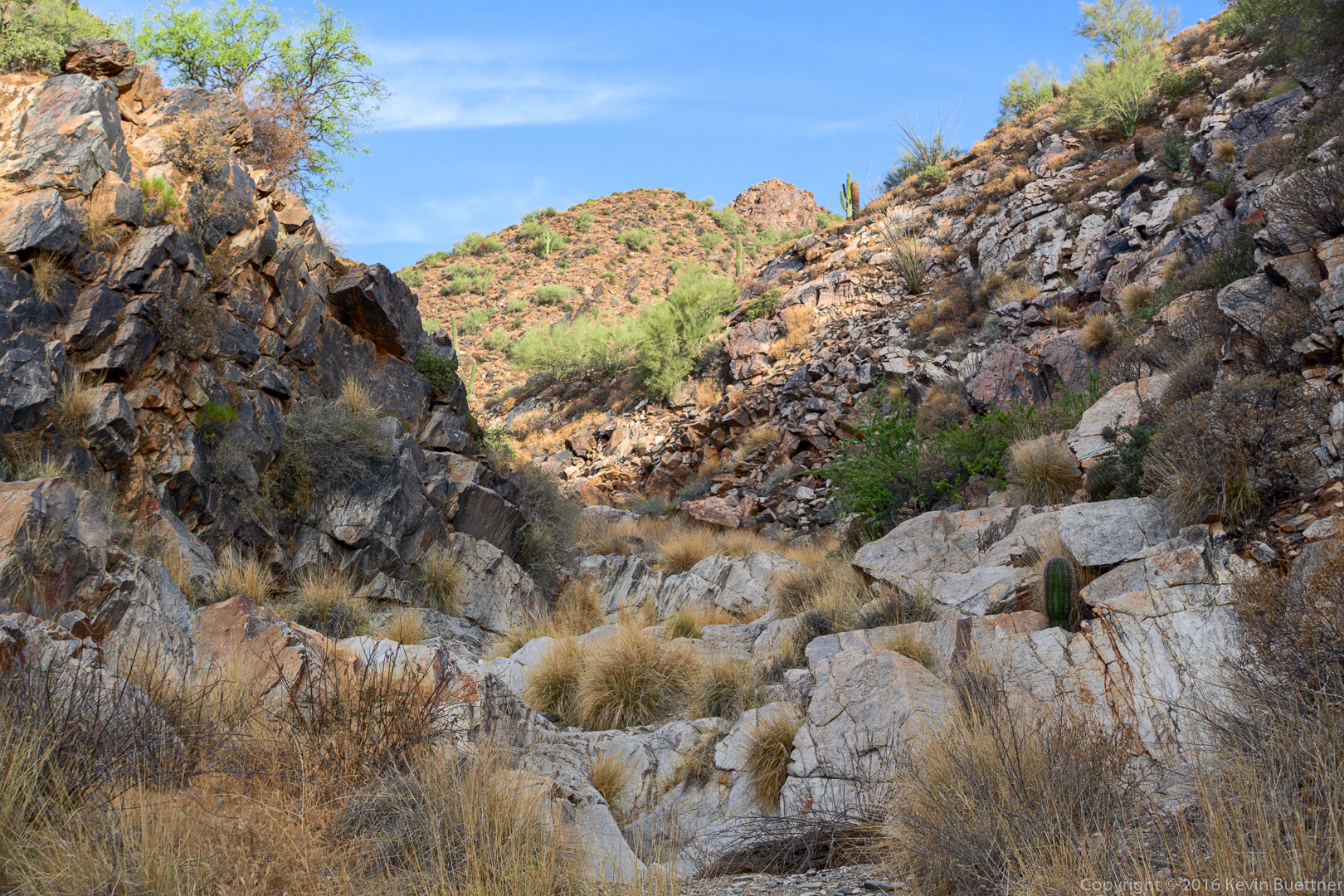 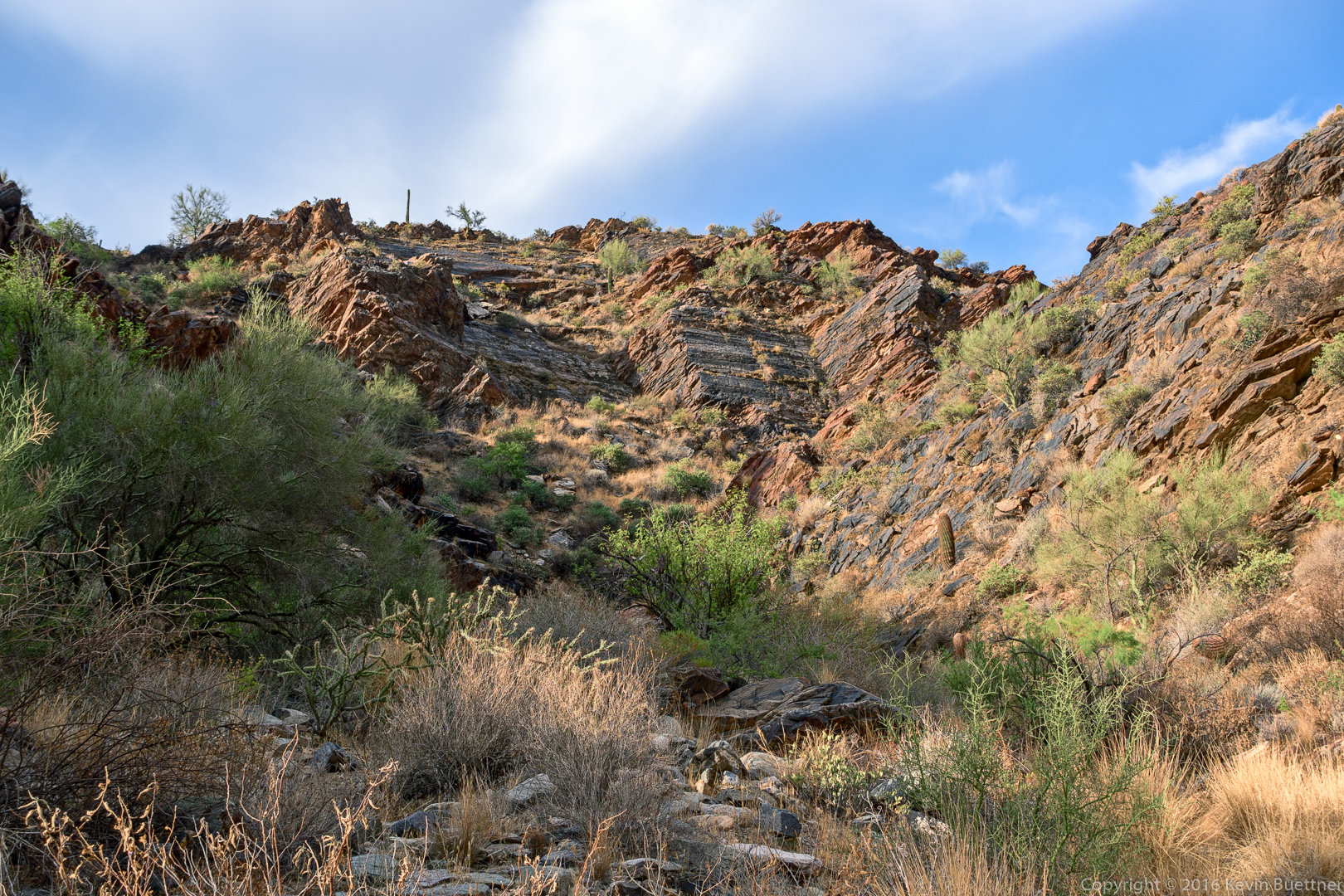 A view from the Prospector Trail: 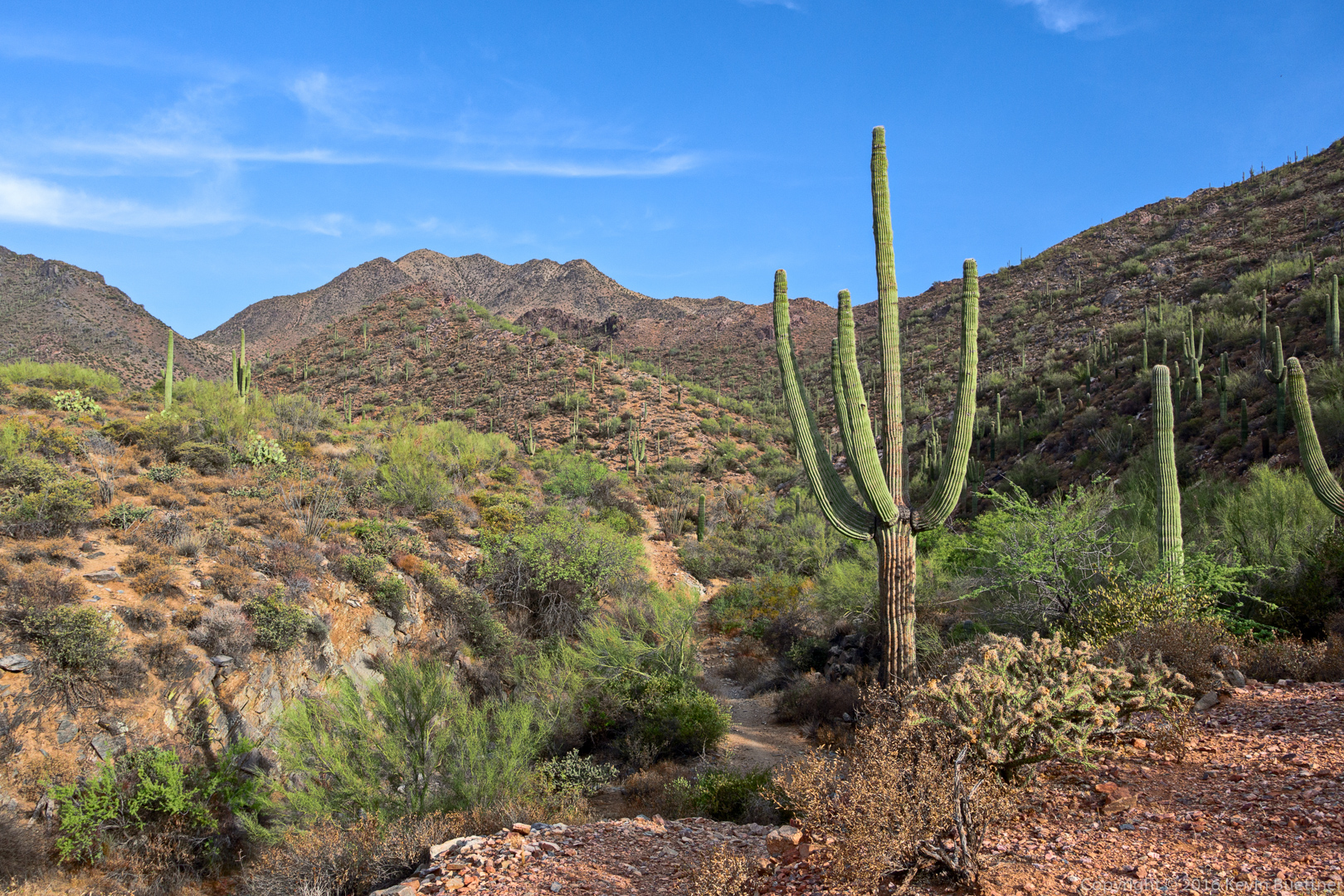 Prickly Pear on the Prospector Trail: 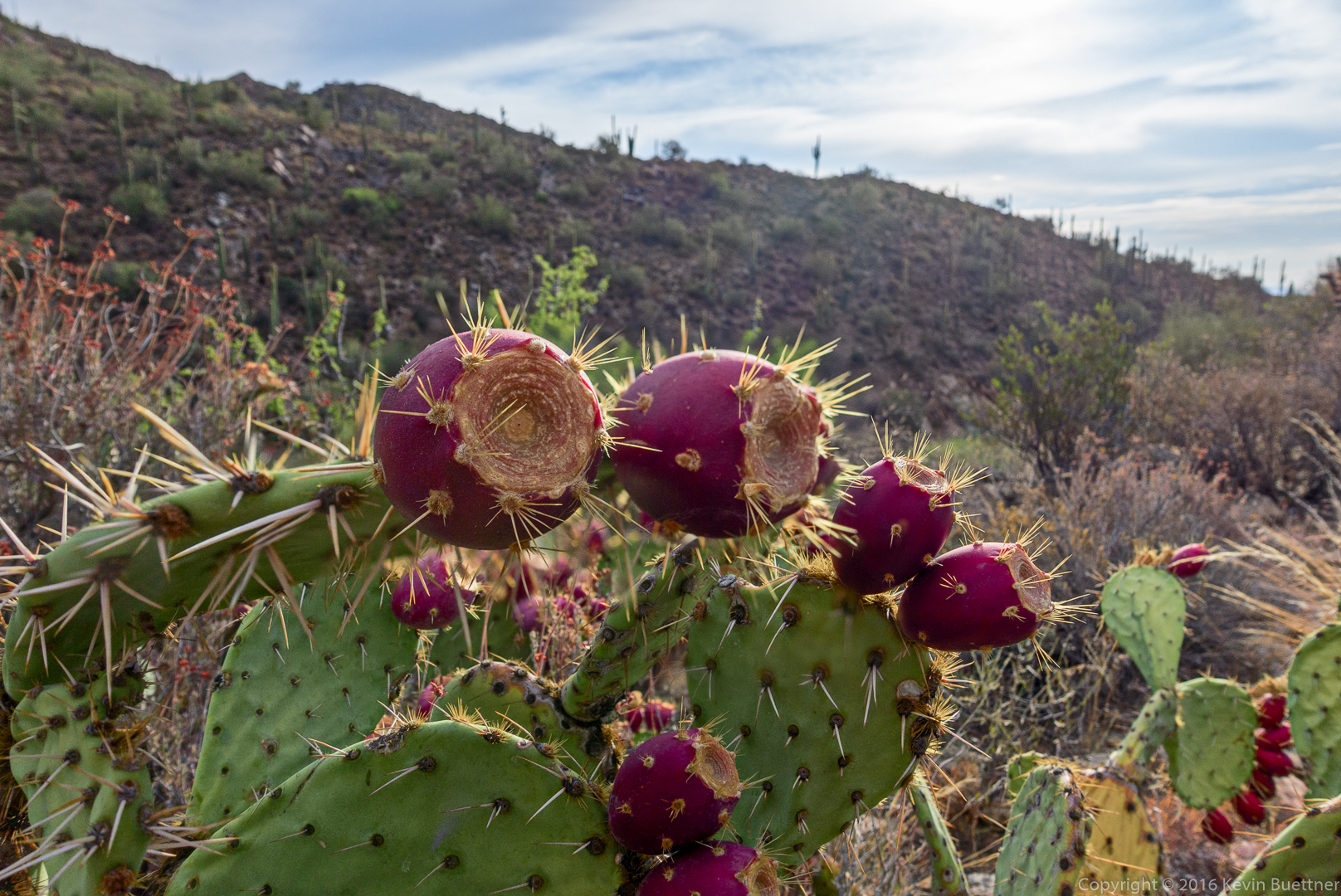 Another view from the Prospector Trail: 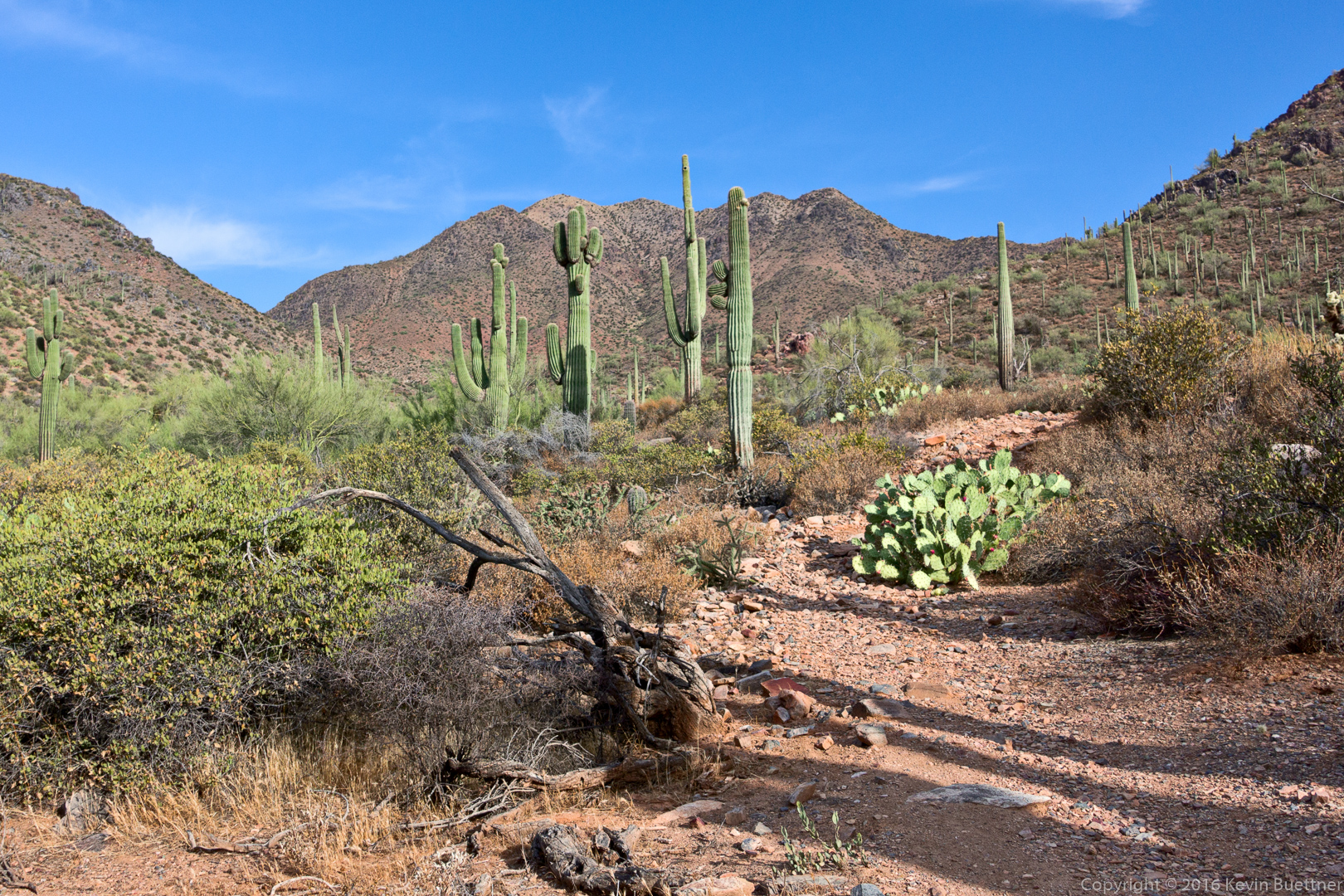 Heather, Mike, Bob, and I hiked a little over seven miles starting from the Wagner Trailhead. Heather frequently hikes in the Cave Creek area. She’s hiked in McDowell Mountain Park in the past, but I think this is the first time she’s hiked with us.

I wasn’t sure I liked this sunrise photo (below) enough to work on it, but I decided to process it anyway for the practice. It was made from two separate exposures, one taken at -2EV, which I used for the sun and sky. The other exposure was taken at +2EV and had my finger extending from the top of the photo down to the horizon in order to cover up the sun. Blocking the sun prevents lens flare which generally degrades the darker areas of the image. (Images with such flare are often inferior even well away from the obvious flare spots.) I used to try to fix the flare spots, but have found that the results are vastly better by preventing the flare from happening in the first place.

After working on the image for a while, I noticed a colored banding in the sky. I corrected this by blurring the A and B channels in LAB mode (masking the color-blurred layer to just the sky) in order to eliminate colored banding from the sun.

I added some flare effects back using Topaz Star Effects and then made the sky a bit more interesting using Topaz Impression. The Topaz Impression effects were used at a very low opacity and were masked away entirely from the lower portion of the image.

It’s not a bad result (if I do say so myself) from what started out as a fairly boring image. 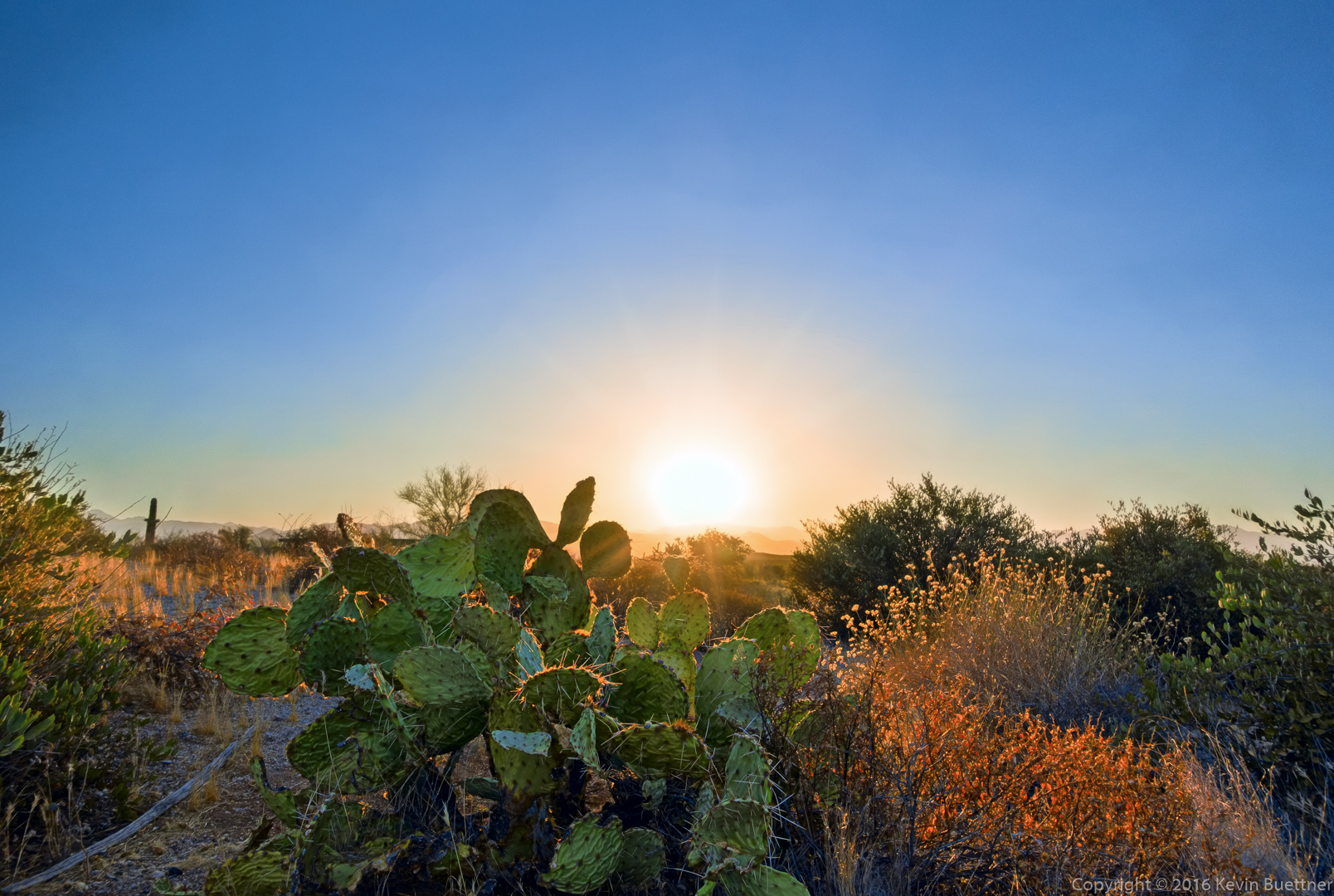 The boulders in this photo were our first obstacle while hiking up Bluff Wash. The move at the bottom seemed easier this time; we all made it without much difficulty. 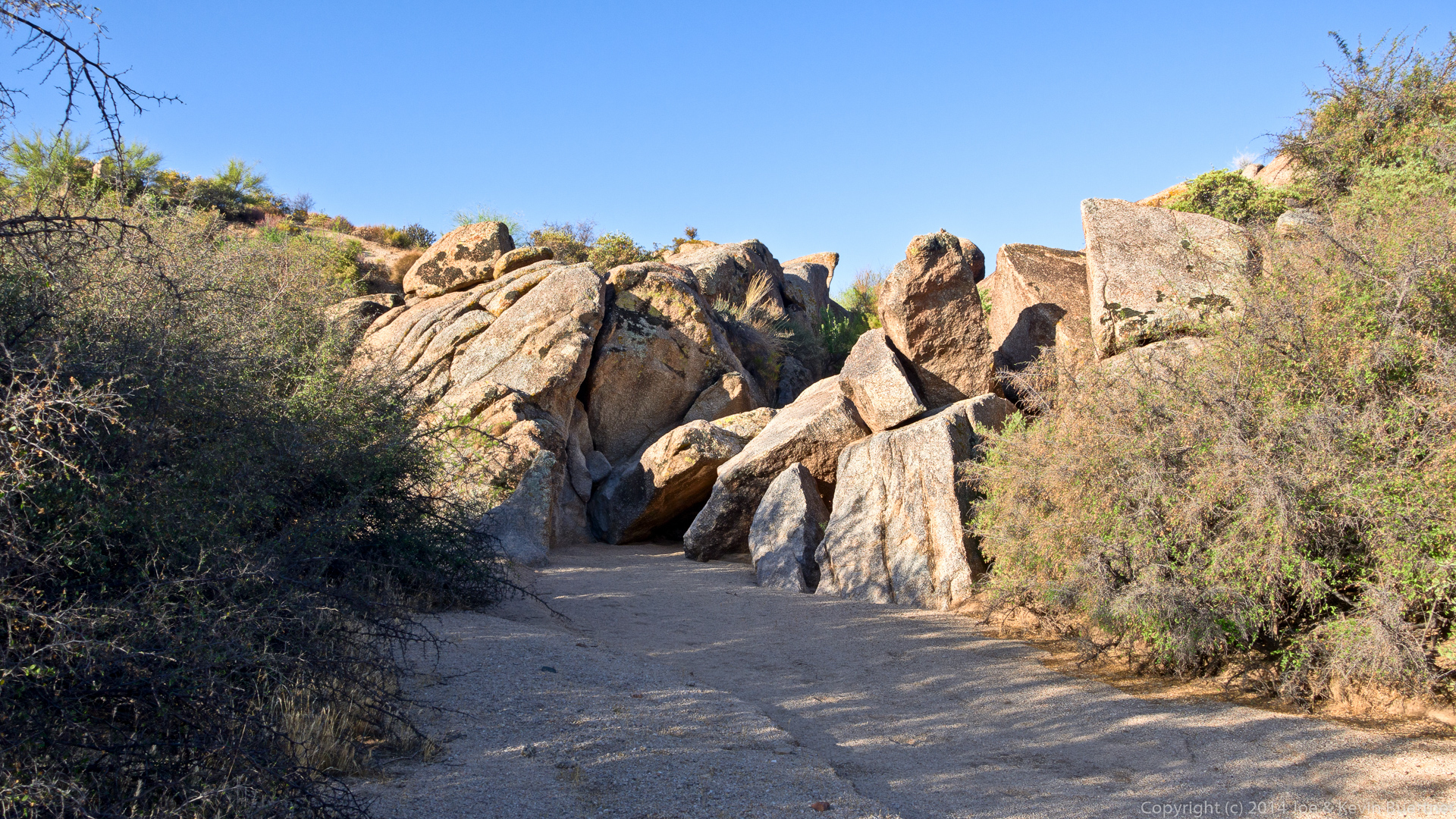 Making our way through a narrow section of the wash… 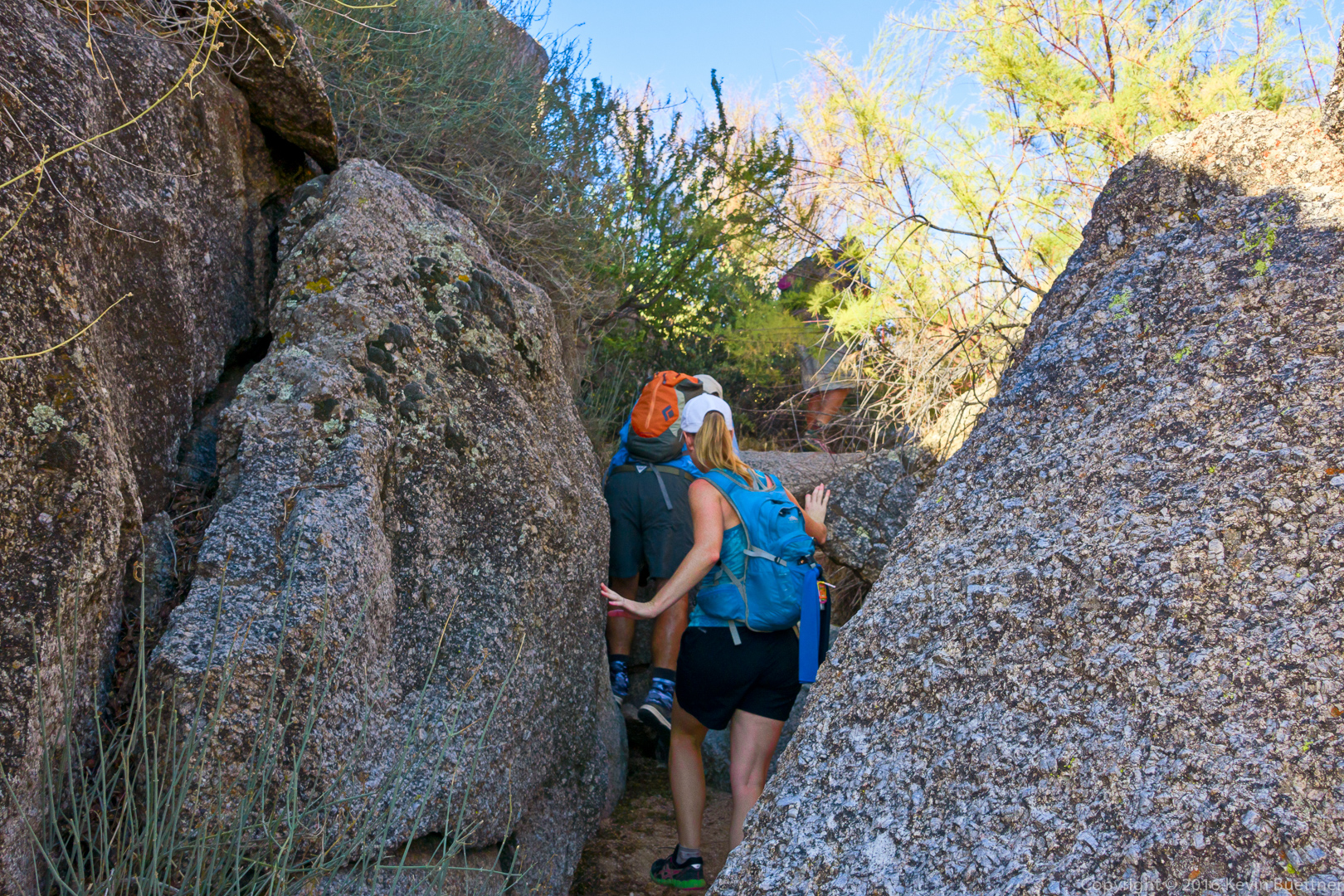 A view from Bluff Wash: 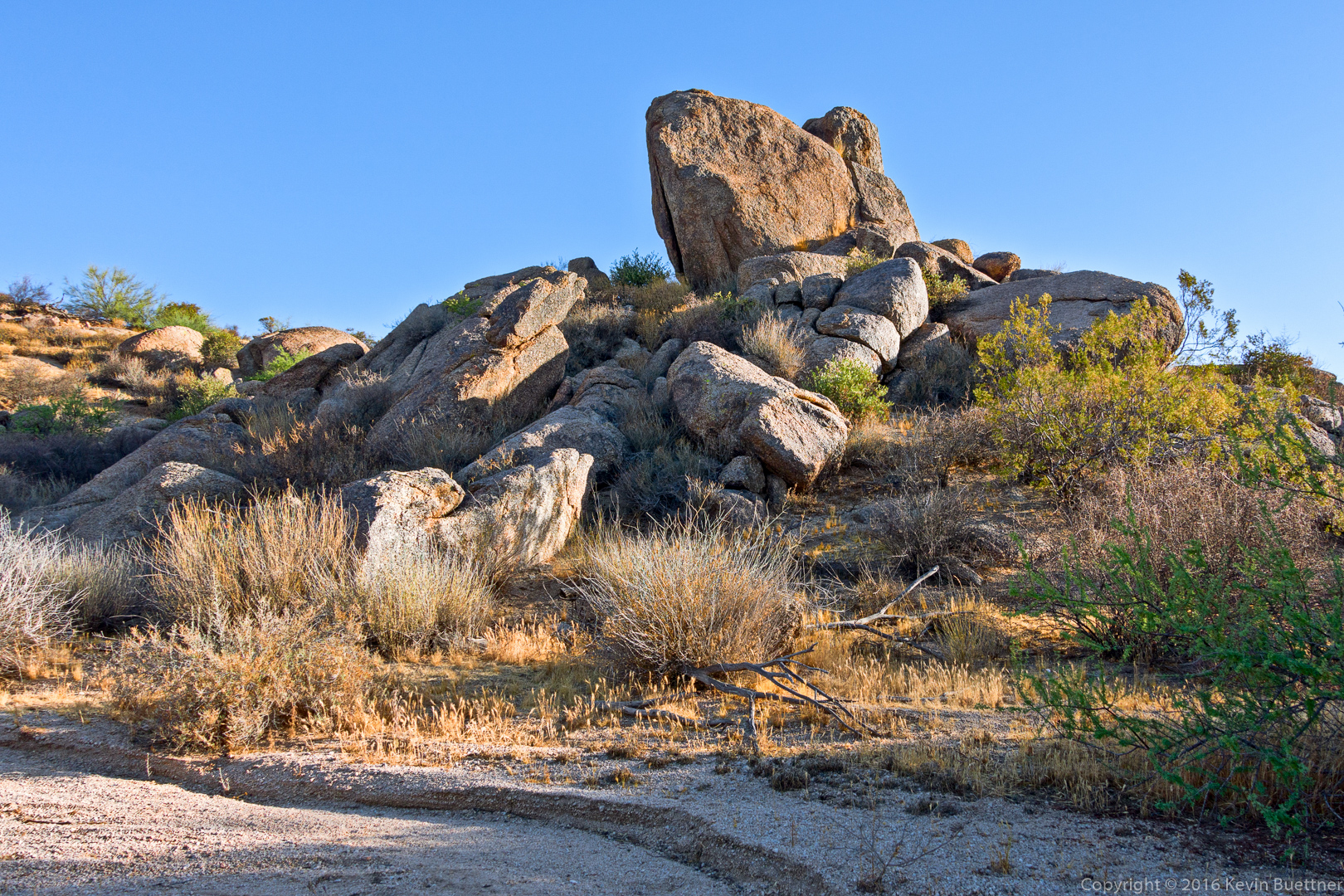 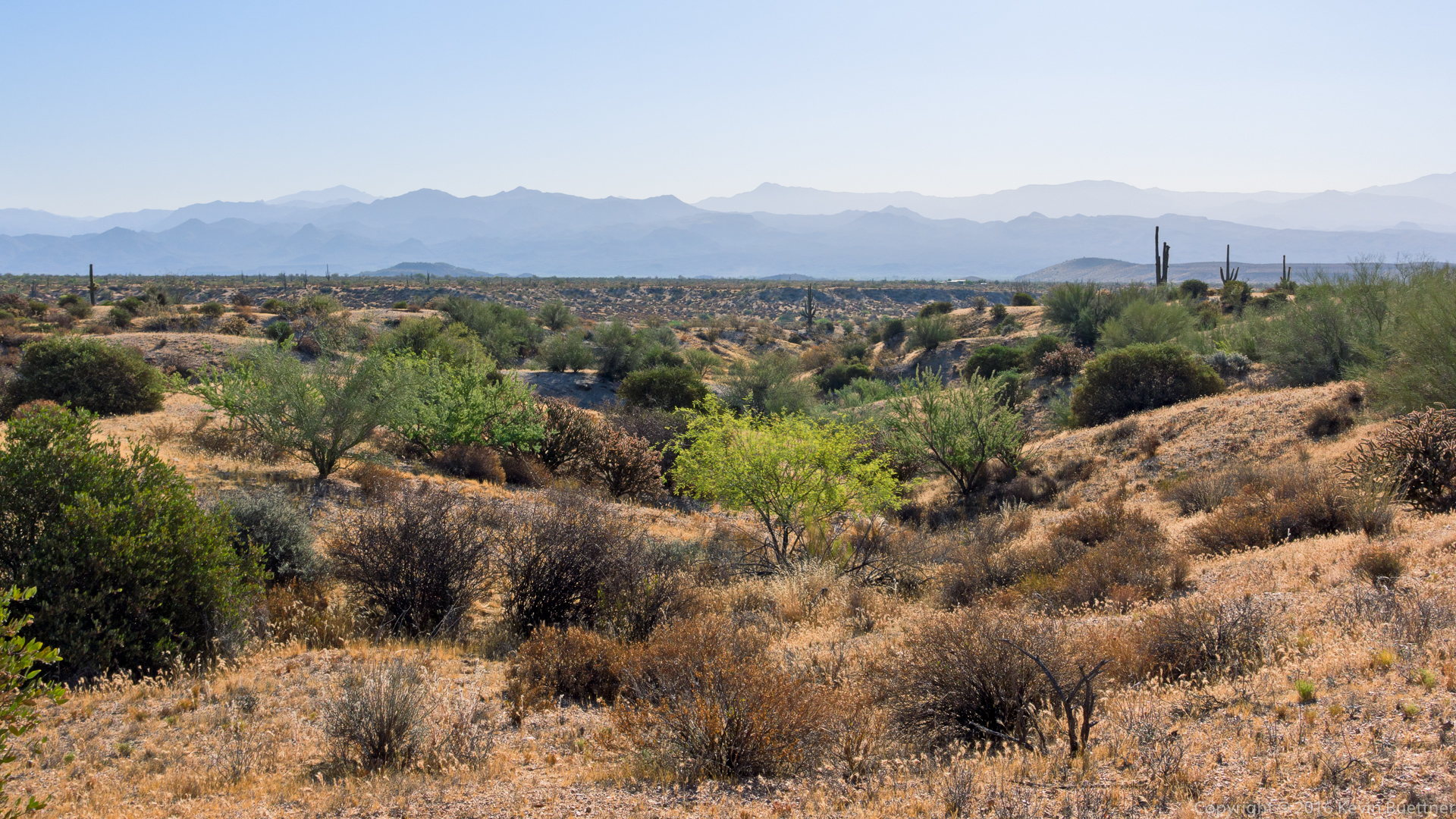 Amy and I saw this snake on our Thursday Morning Hike… 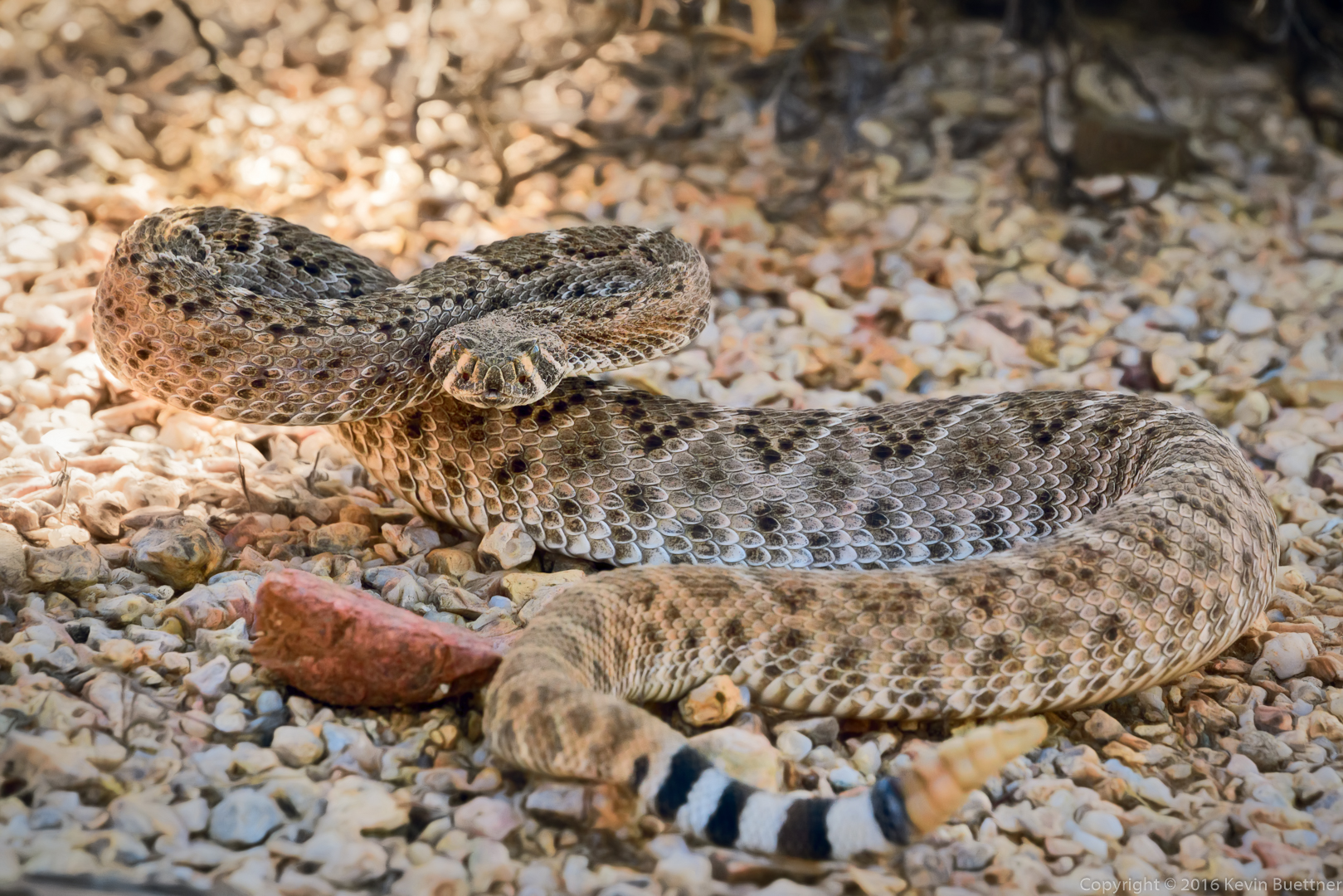 Here’s another version – this is what I fed into Topaz Impression to get the result above. 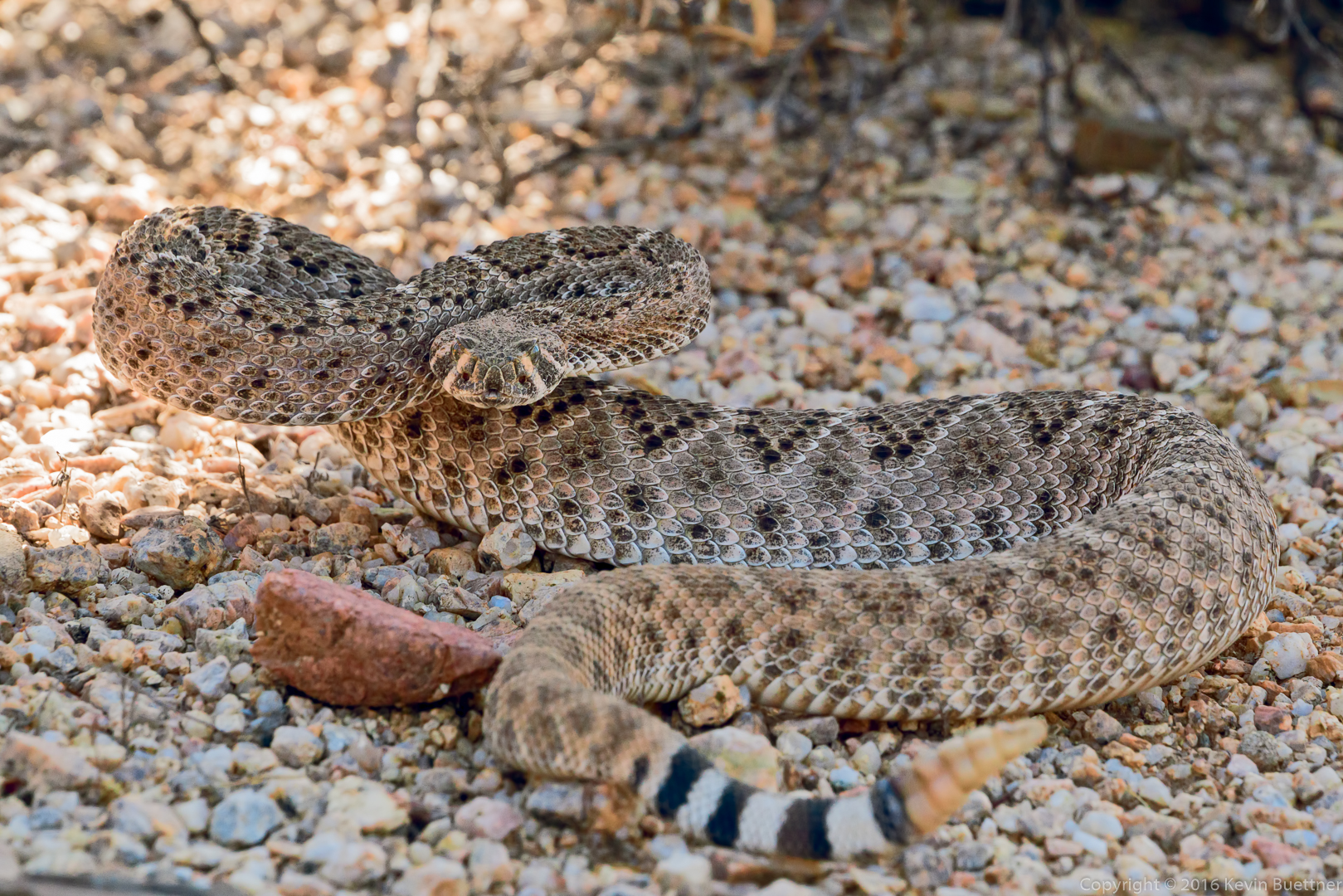 Mike, Bob, Linda, and I hiked six miles starting from the Horse Staging Area.  Our route took us out for a short ways on the Long Loop, then up Stoneman Wash. We finished by coming back on the latter portion of the Sport Loop. 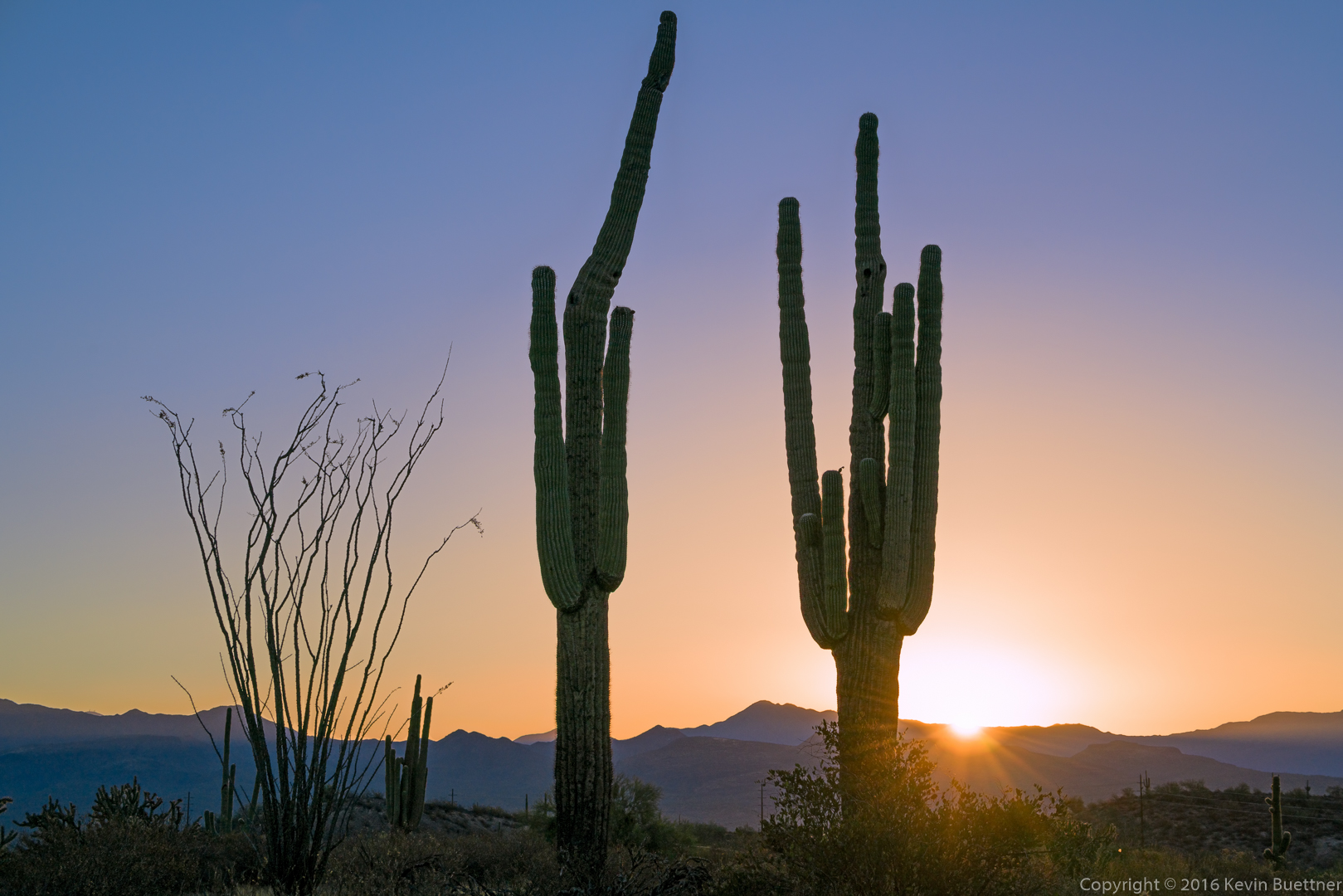 Shortly after sunrise, looking towards the Superstitions. Weaver’s Needle and the Flat Iron are both visible in this photo. 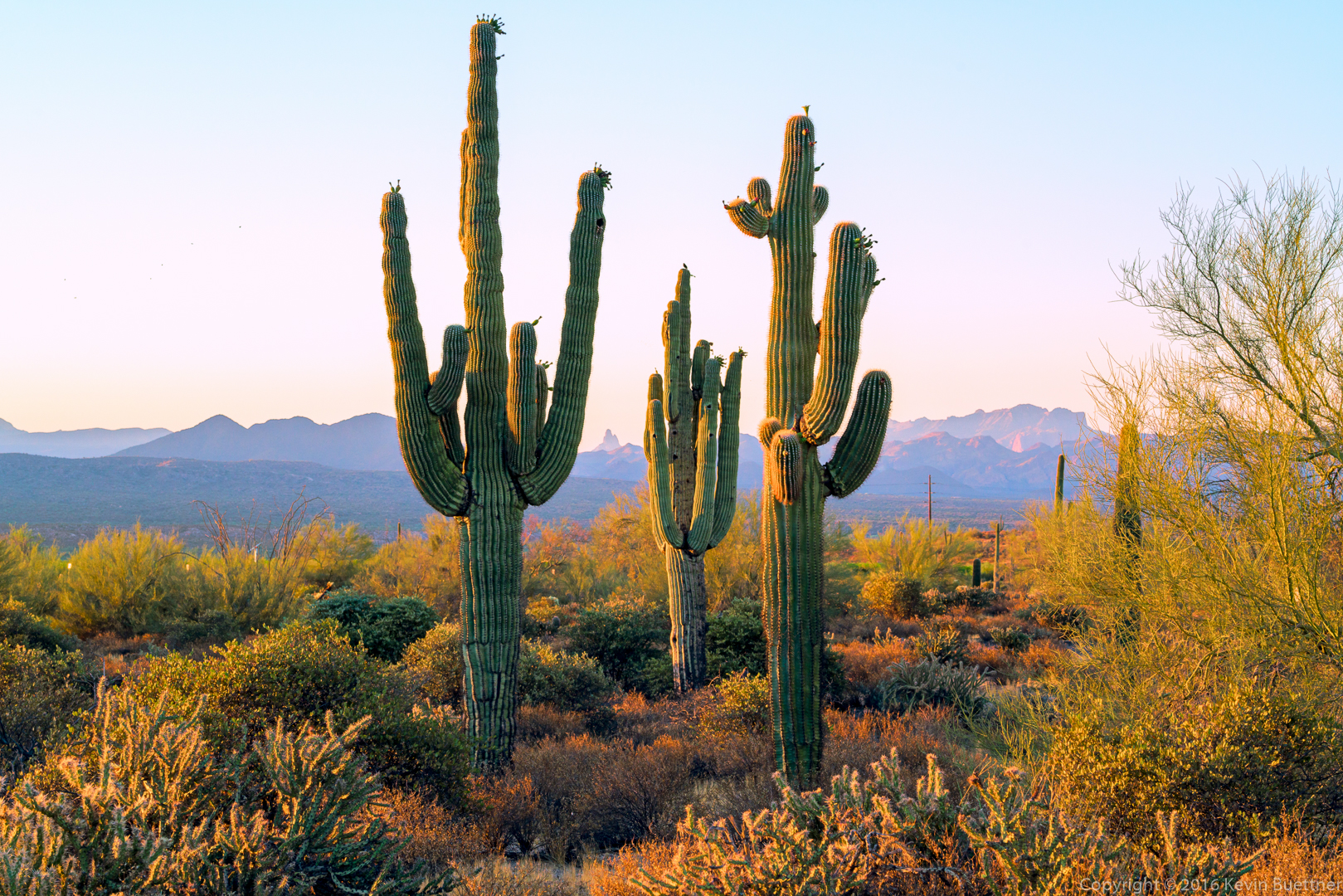 Had I been a little quicker, I would have gotten two birds in this photo.  You can see part of the wing and tail disappearing behind the saguaro.  A moment earlier, it was perched on the top of the lower arm. 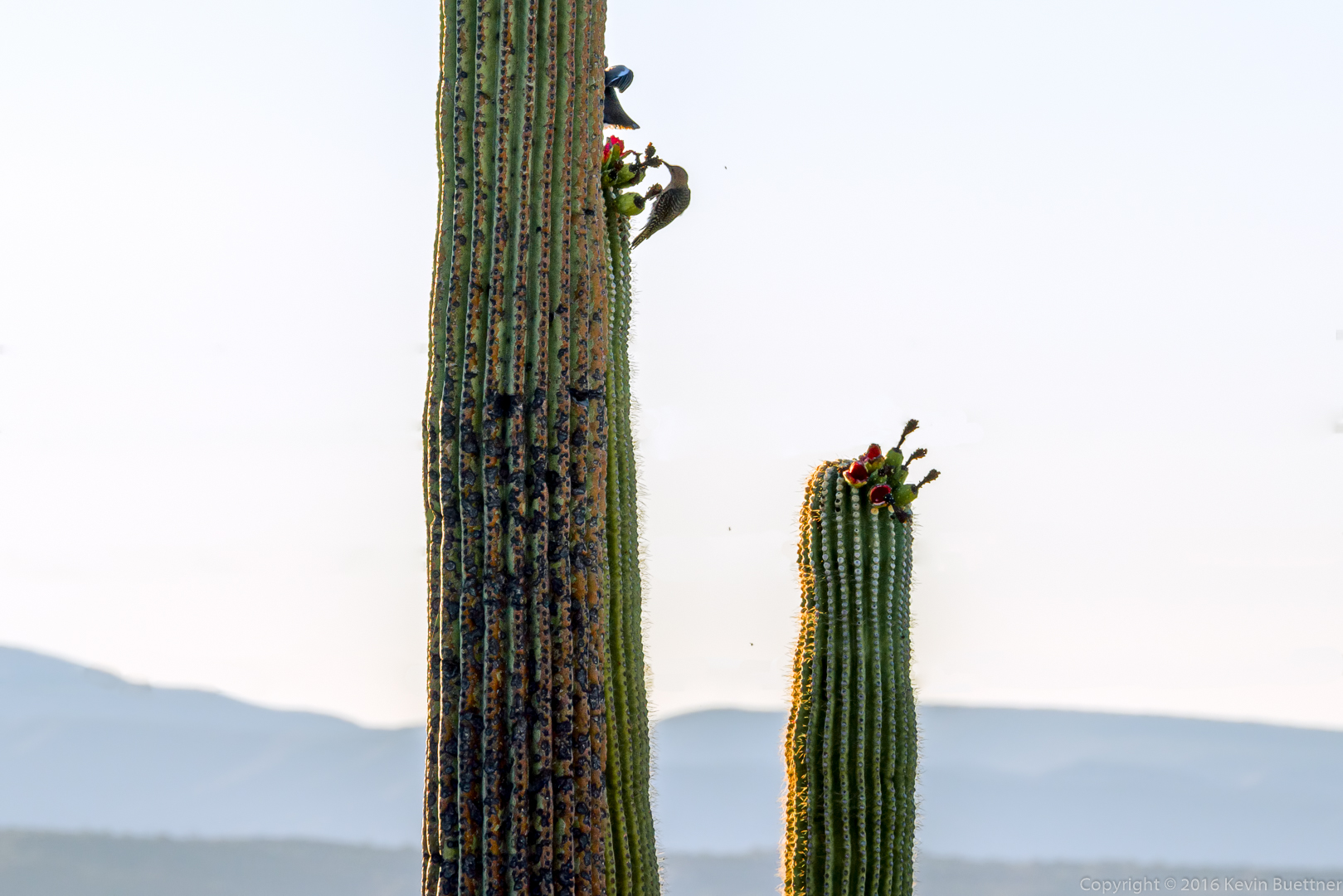 A view from Stoneman Wash: 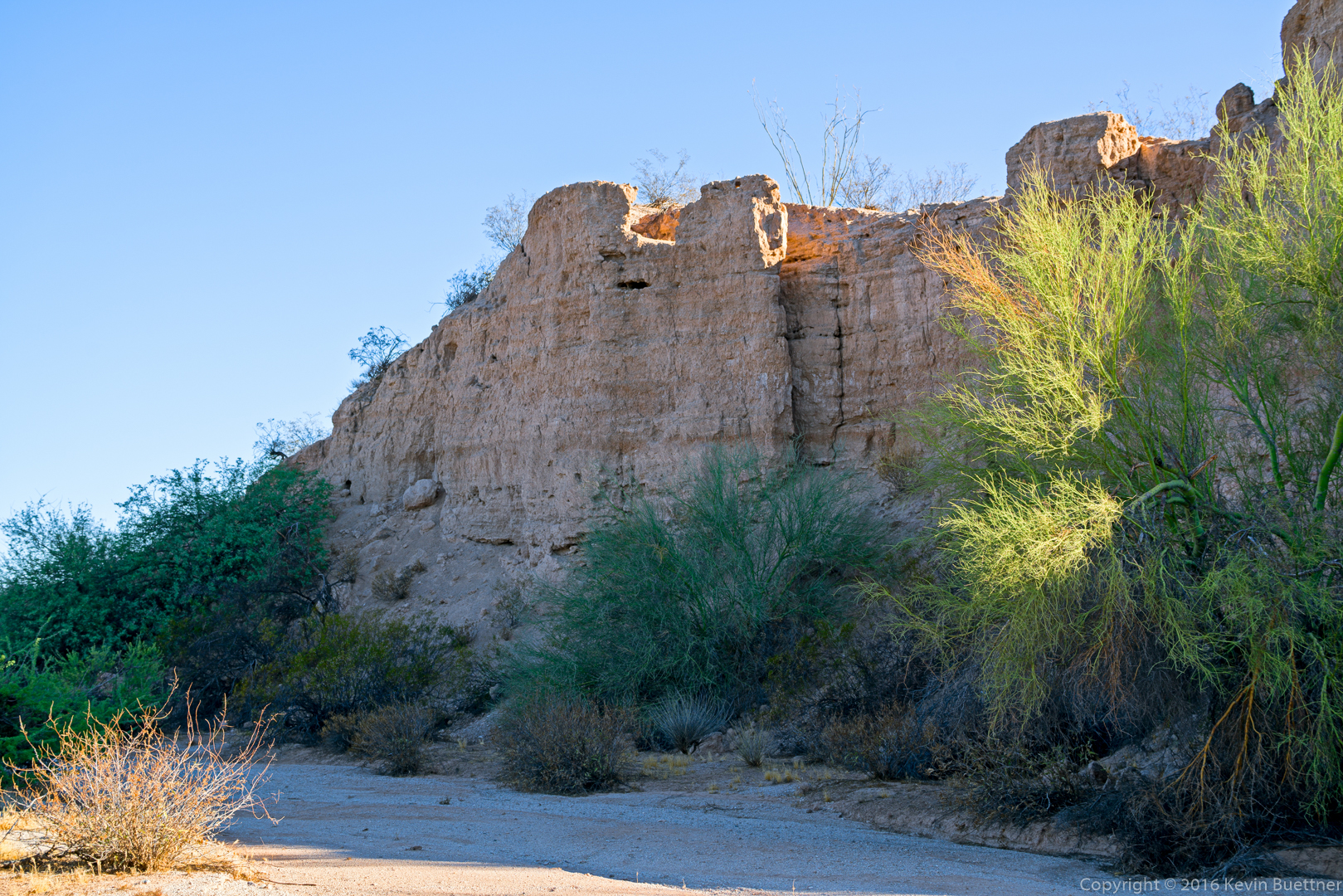 A view from the Sport Loop: 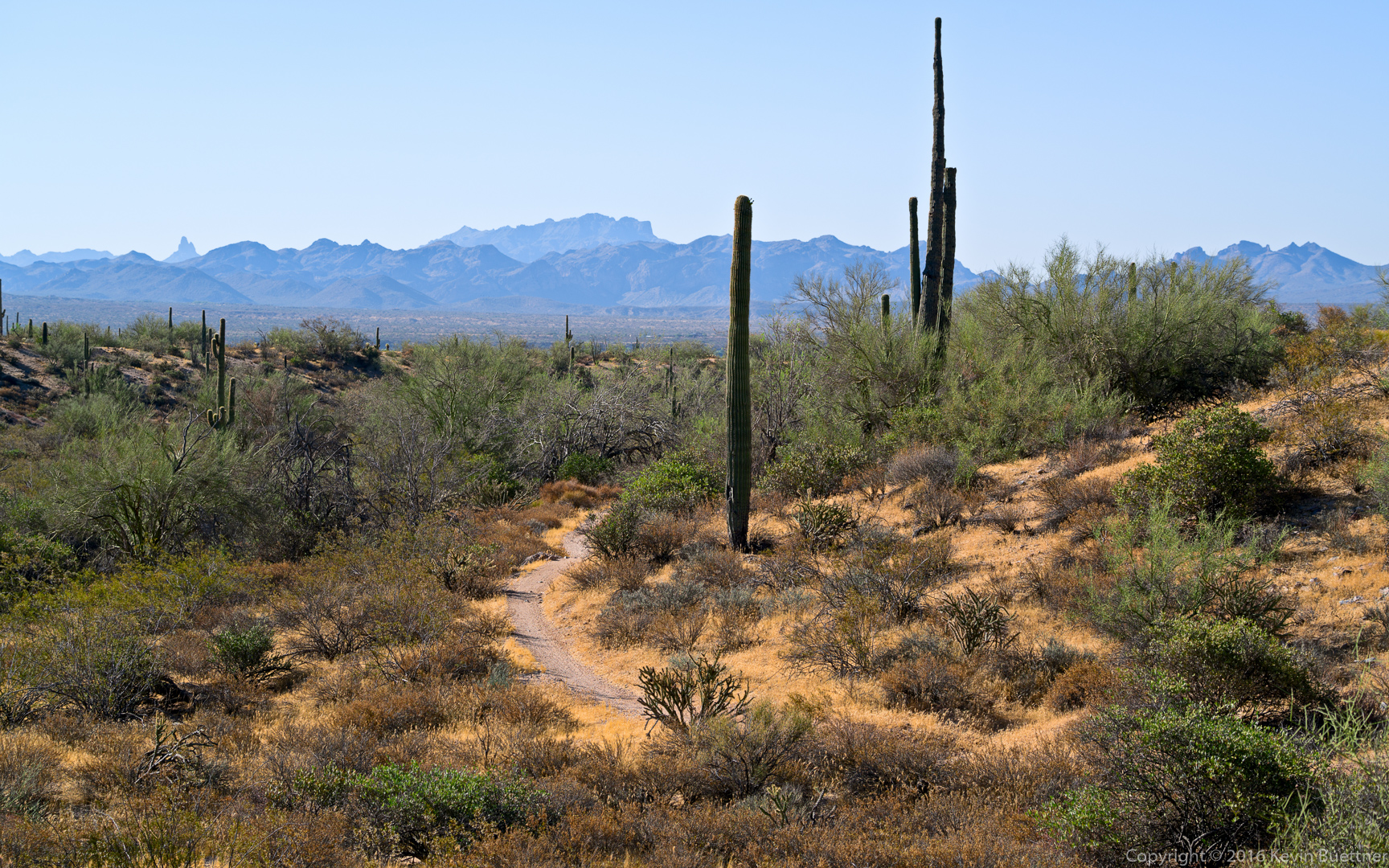 Marilyn and I hiked the Marcus Landslide Trail on Friday.  I added on the Feldspar Trail and a little bit of the Tom’s Thumb Trail at the end to bring my mileage up to six miles. 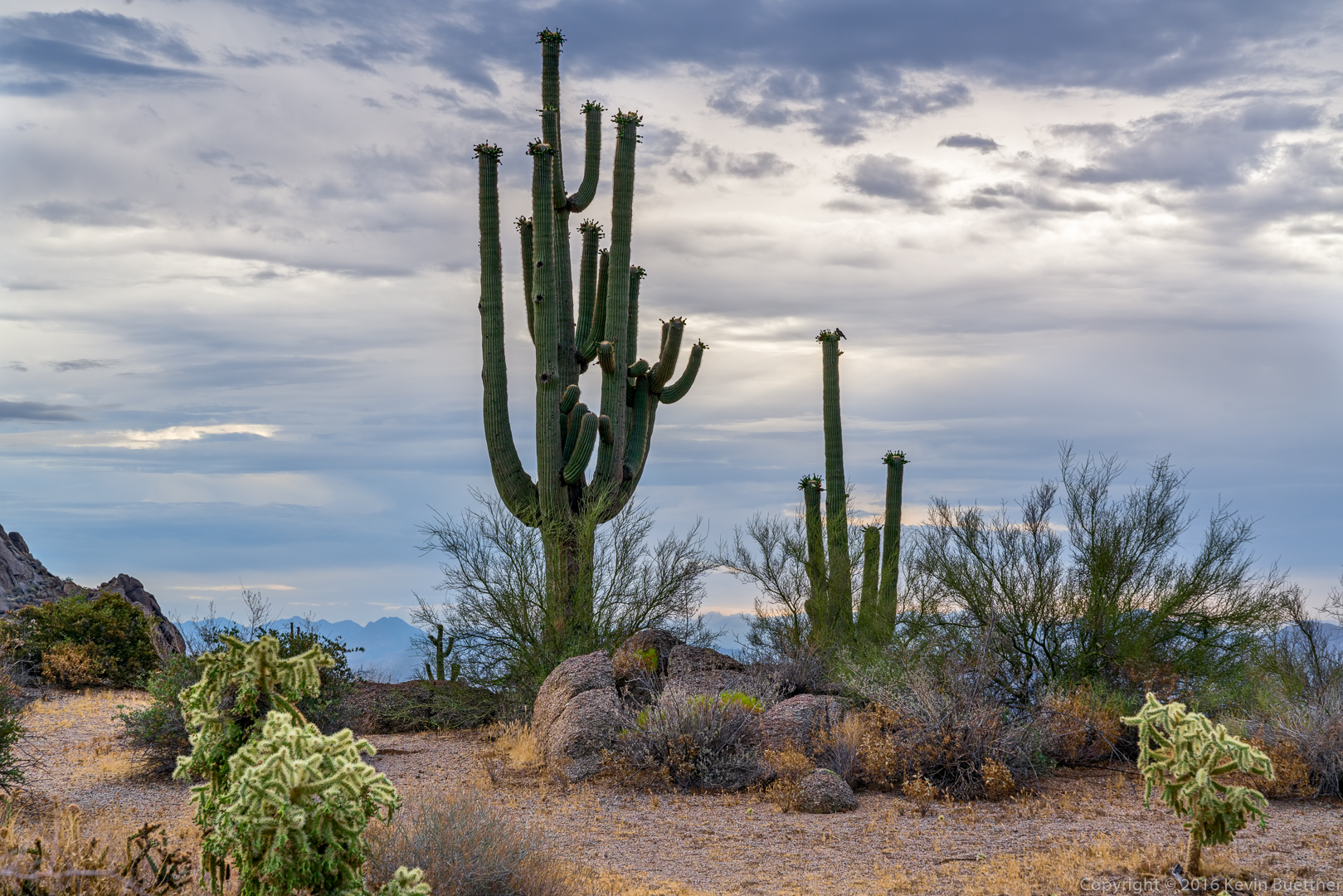 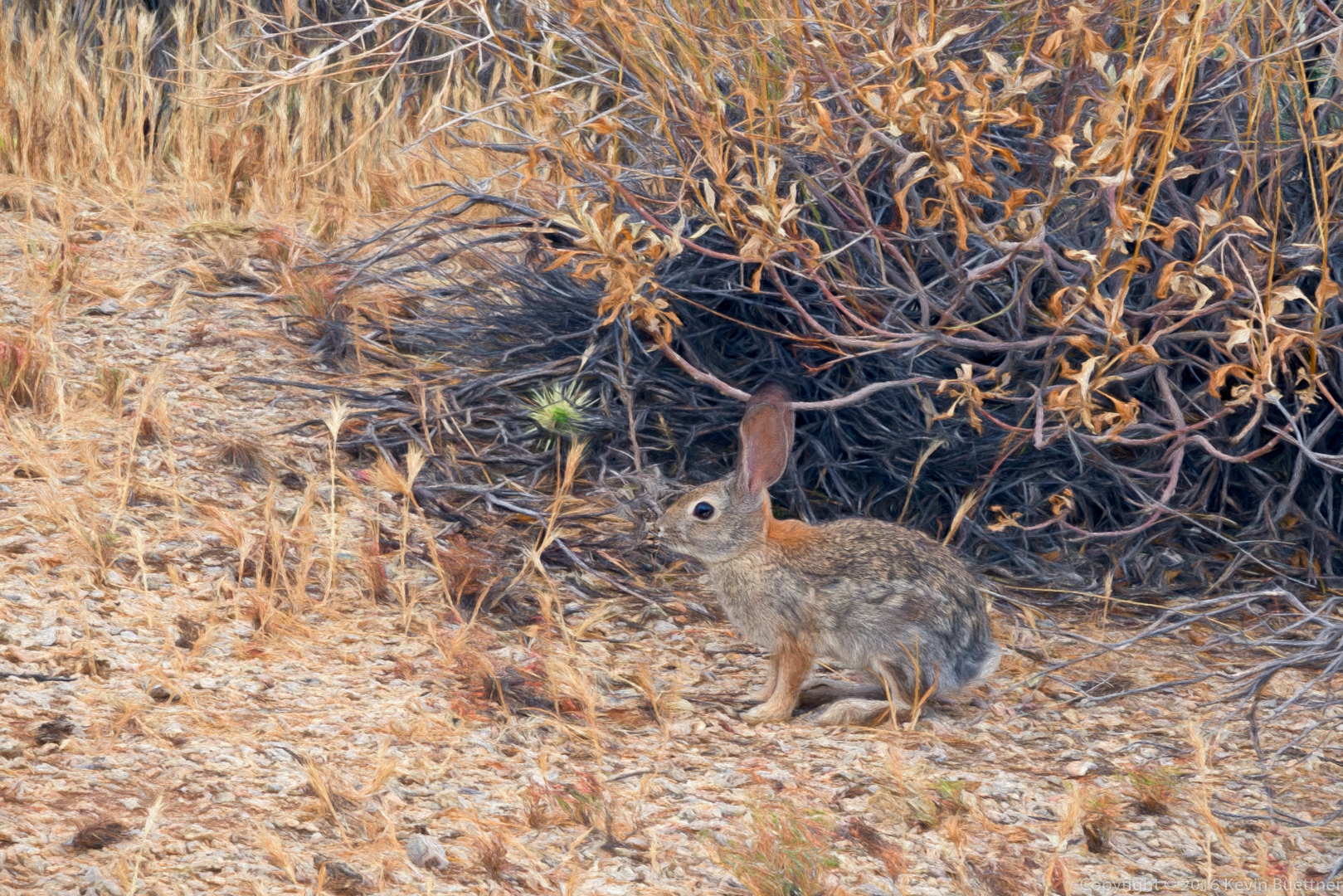 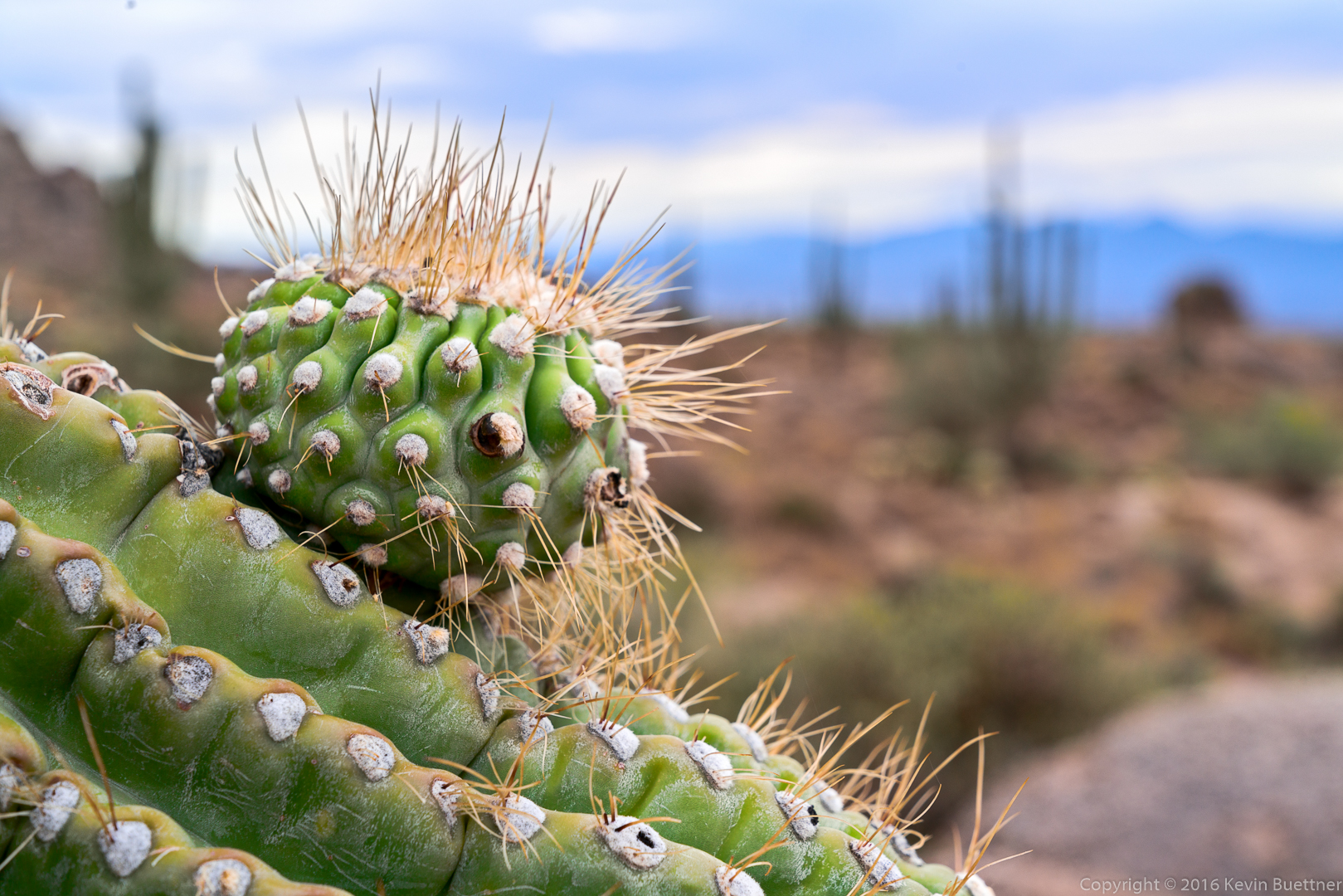 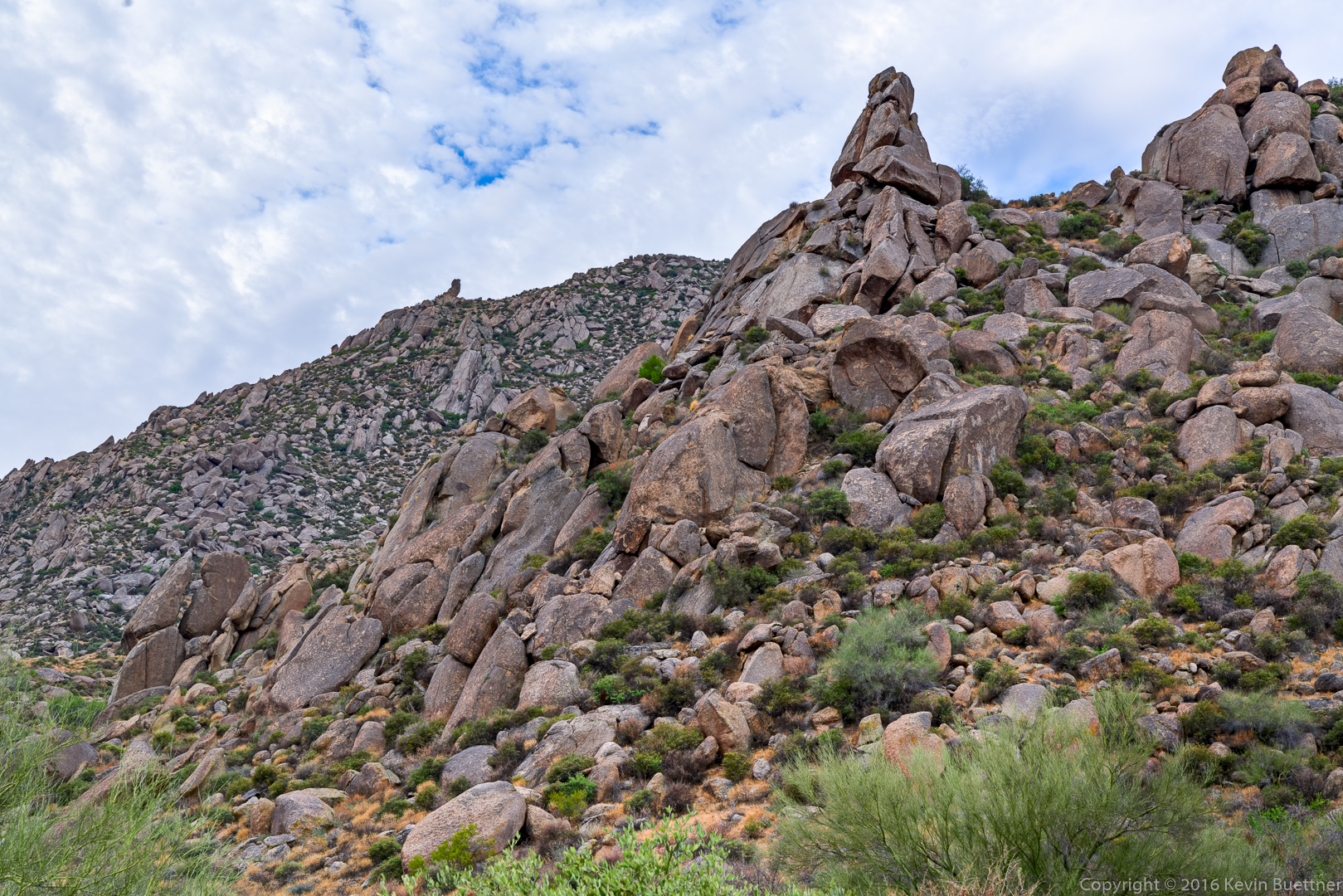 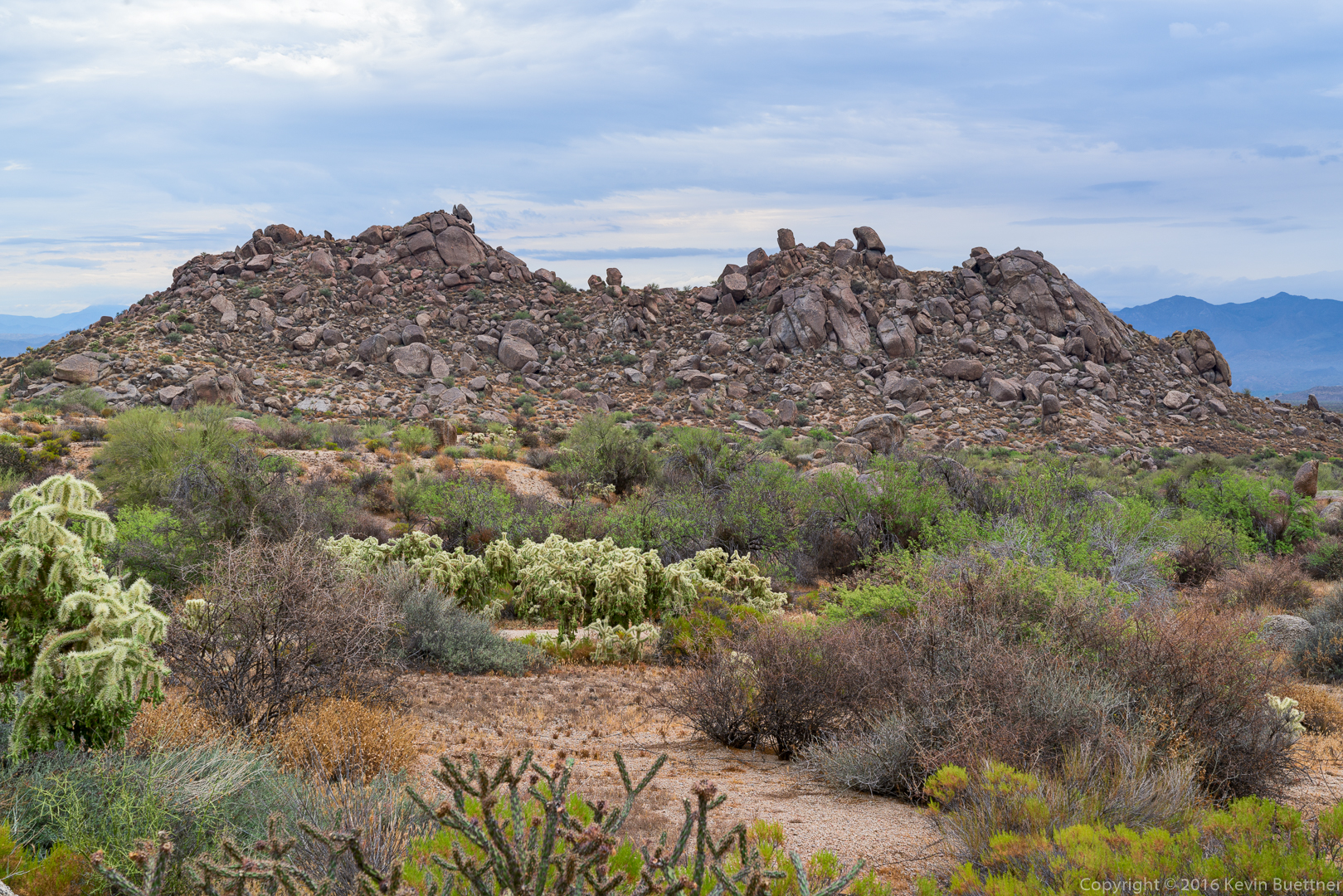 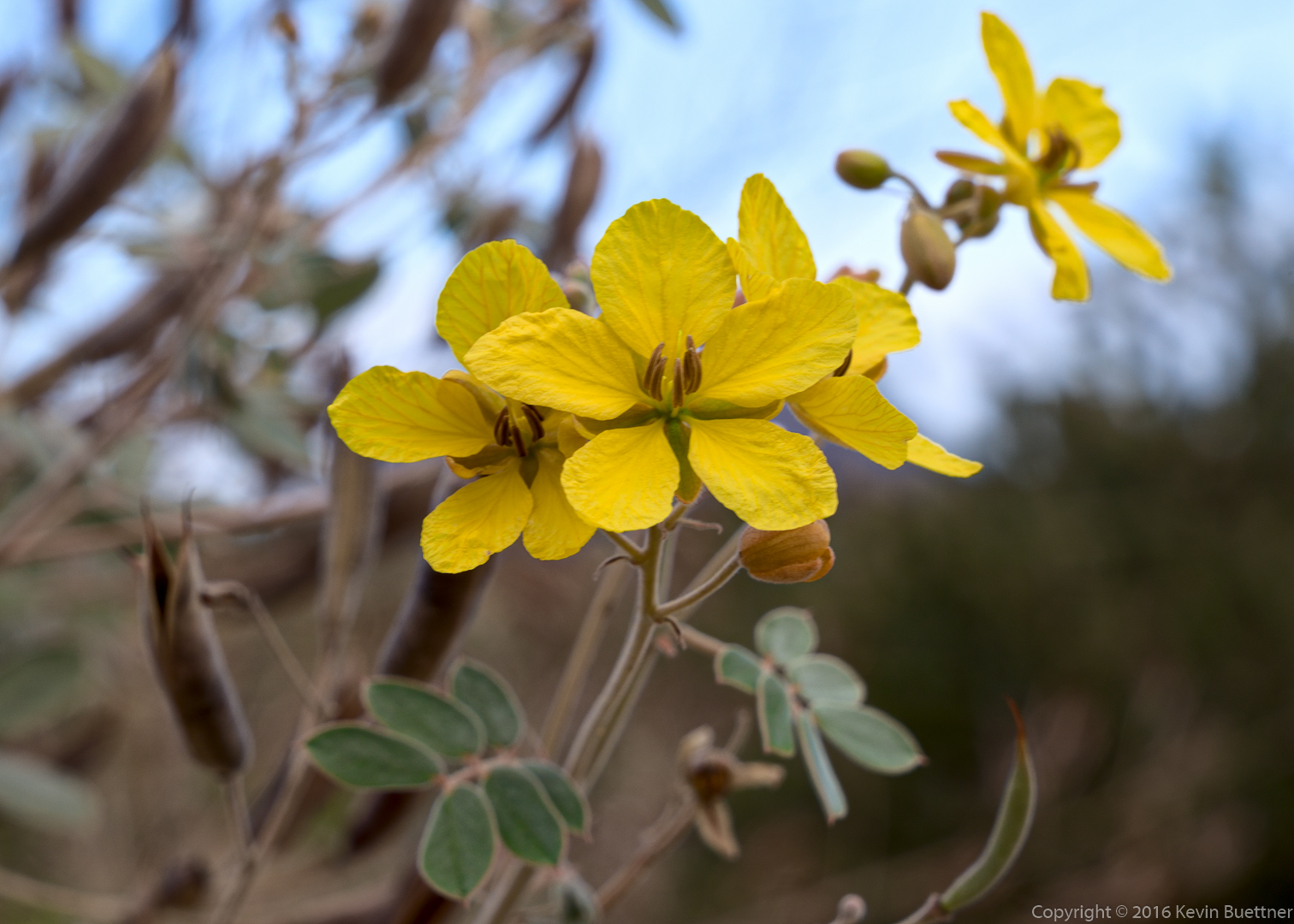 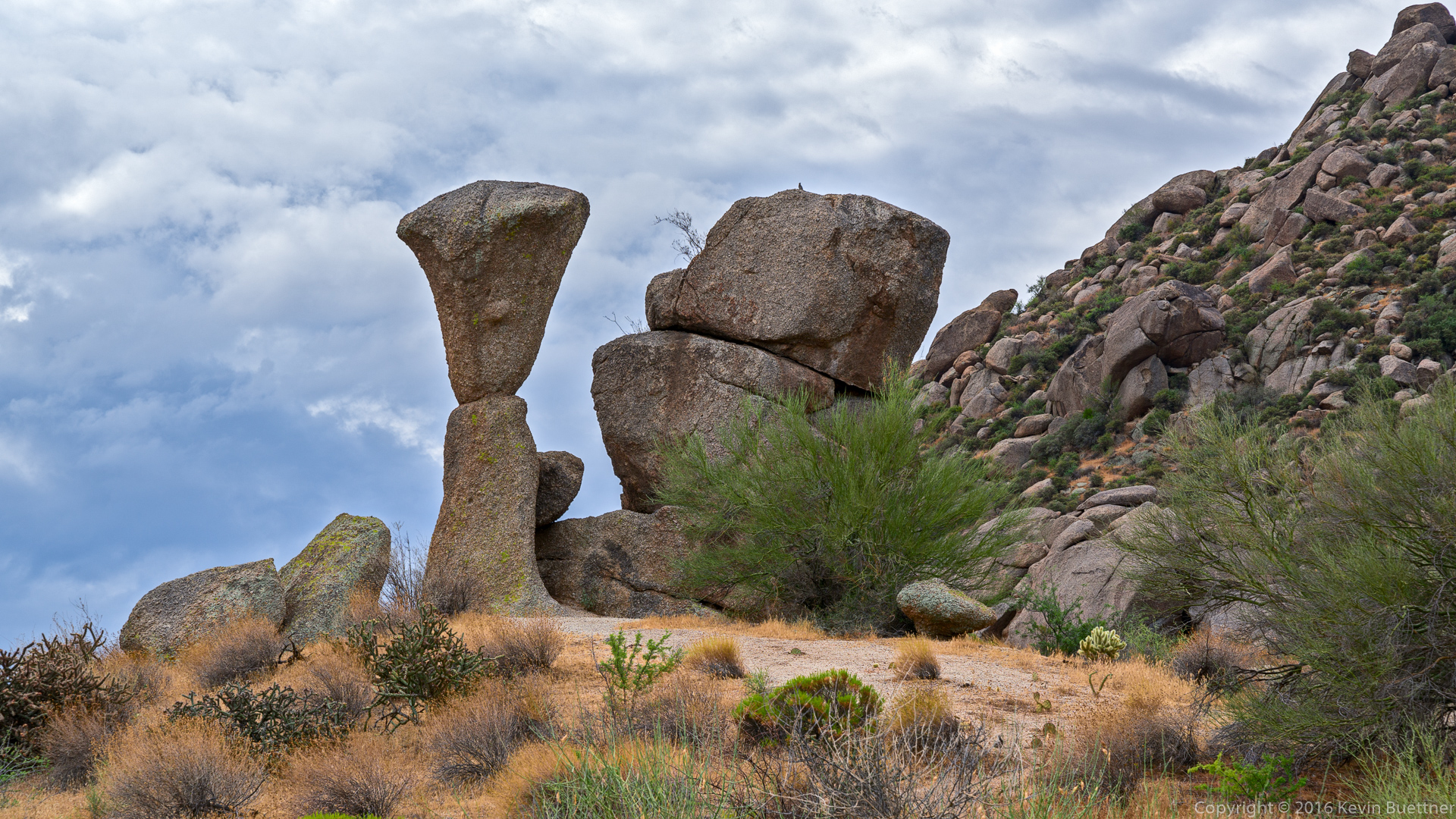 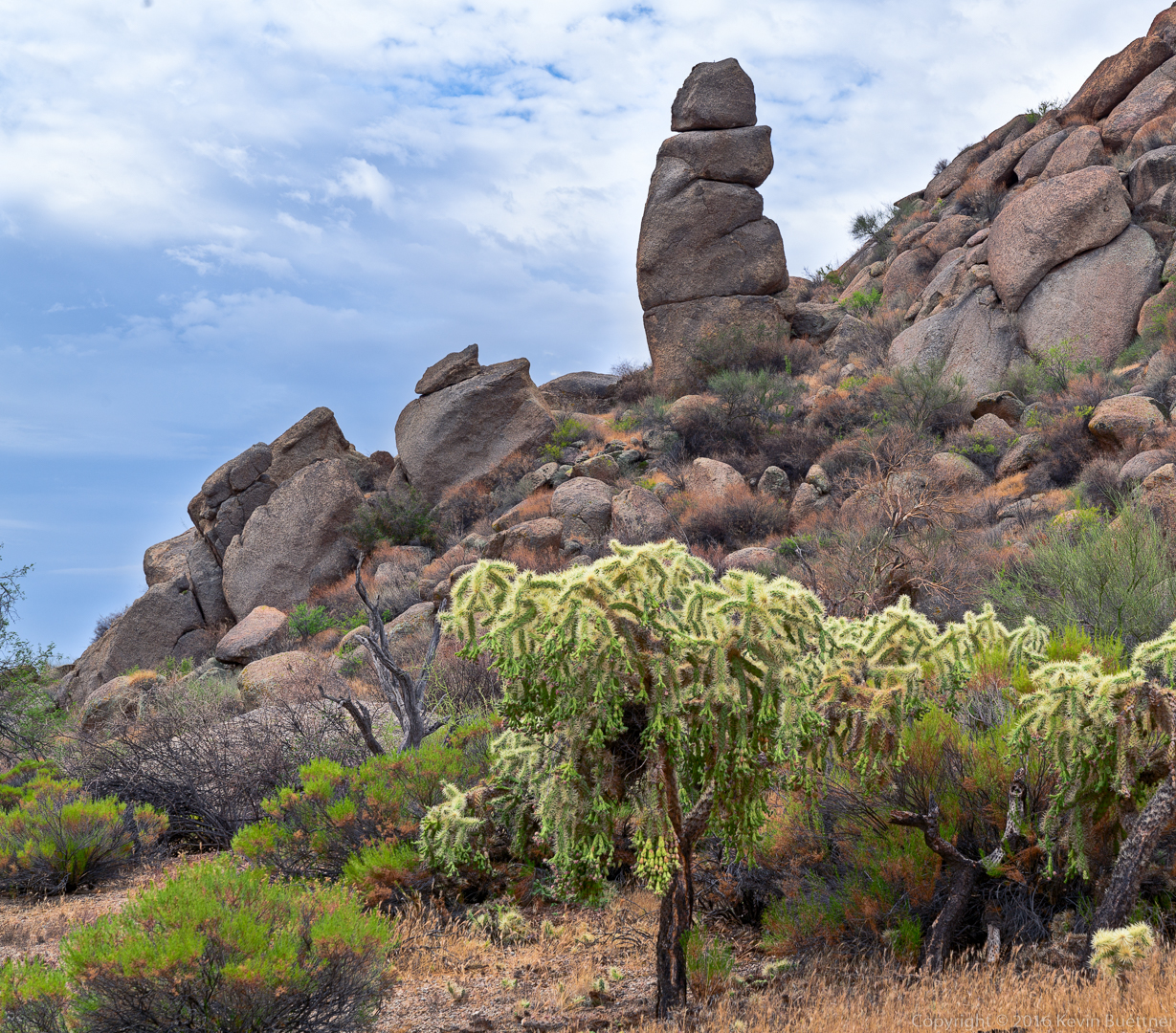