On Saturday, the 25th, Marilyn and I drove to Yant Flat where we hiked out to the Candy Cliffs. We didn’t really know where we were going and we ended up first hiking over a mile (out and back) in the wrong direction. On the way there – and even on the wrong way there – we saw the largest concentration of blooming prickly pear cacti that either of us had ever seen. One plant after another was blooming along the mile long path out to the Candy Cliffs.

On the way out, we took I-15 north from St George and eventually got onto FR031 which took us to Yant Flat. On the way back, we continued on FR031 which took us back into St George. The drive back was moderately exciting as we had some sheer drop-offs to our left along sections of the road. (It was nearly as exciting as driving Shafer Road up to Island in the Sky earlier in our trip.) If you’re not driving a high clearance vehicle, it’d be best to return on FR031 towards I-15 instead of continuing onto St George as we did.

If you’re walking towards these mountains (as we were when we started), you’re going the wrong way. The trail starts on the south side of FR301. (We weren’t even certain that we were at the right place as the trailhead was not marked. There were, however, a large number of vehicles parked in nearly all of the available parking there, so we were pretty sure that something of interest was nearby. It turned out that we hiked a ways along FR903 before turning back.) 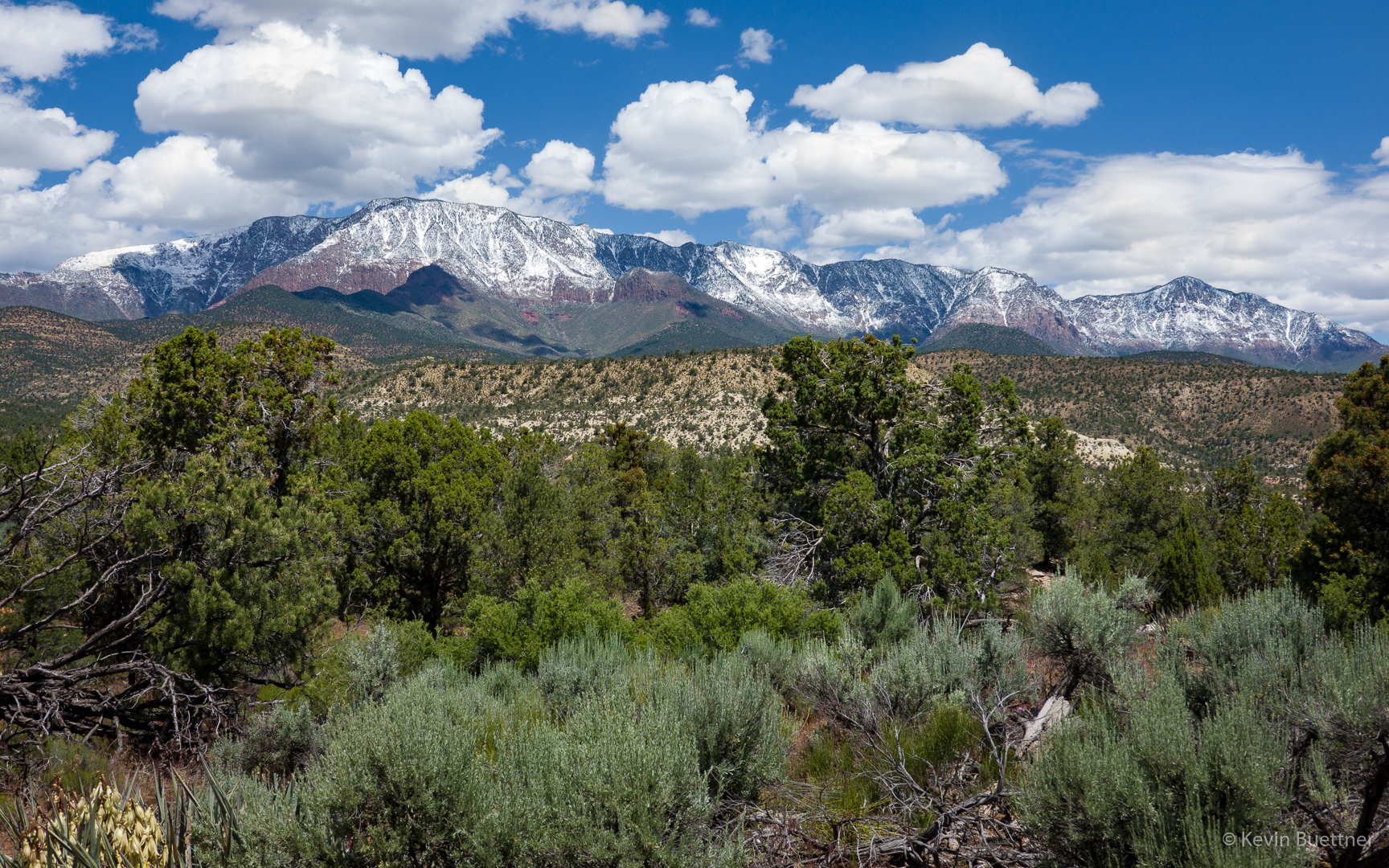 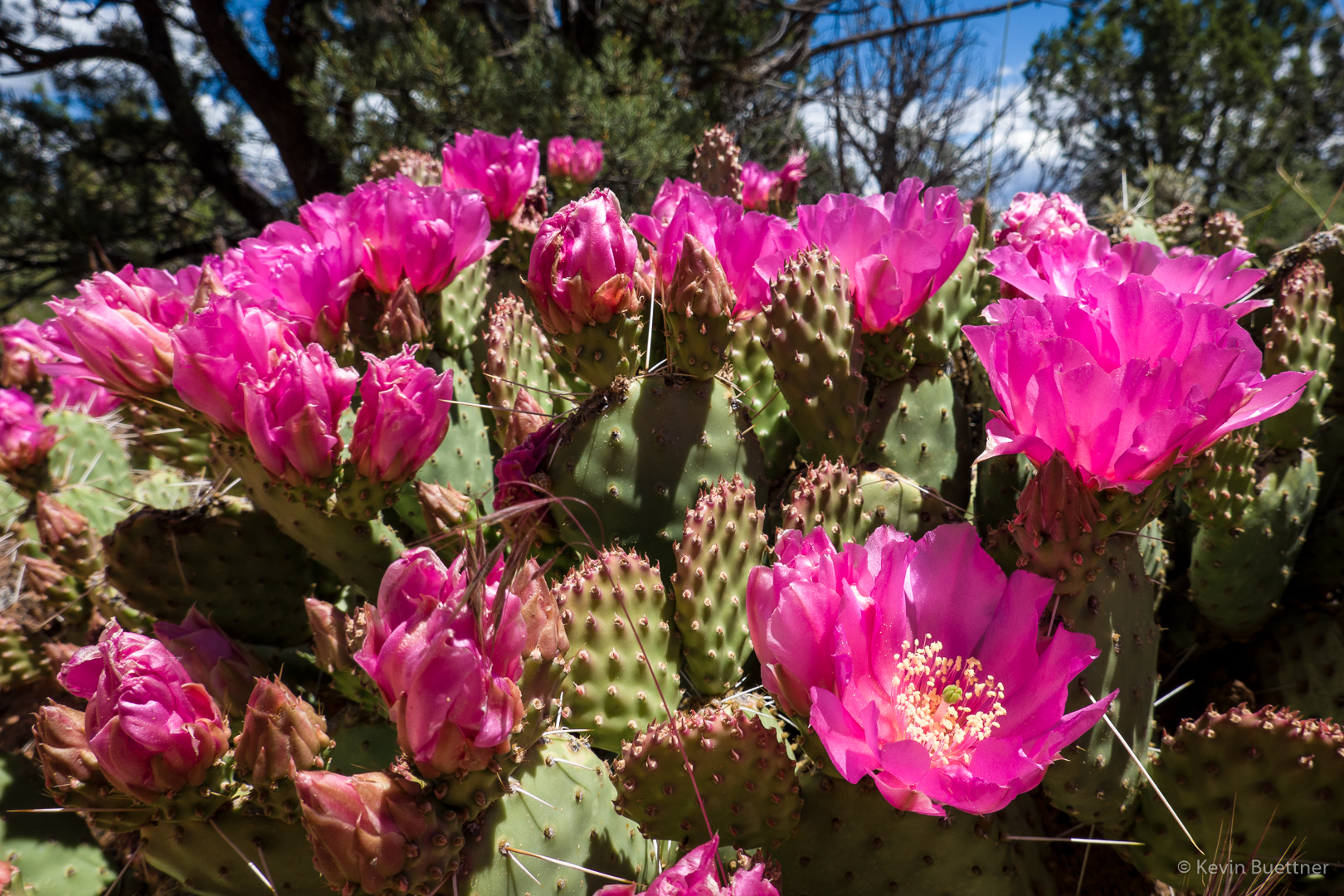 This may have been one of the largest prickly pear blossoms that I ever saw. We saw a number of large ones along the way. 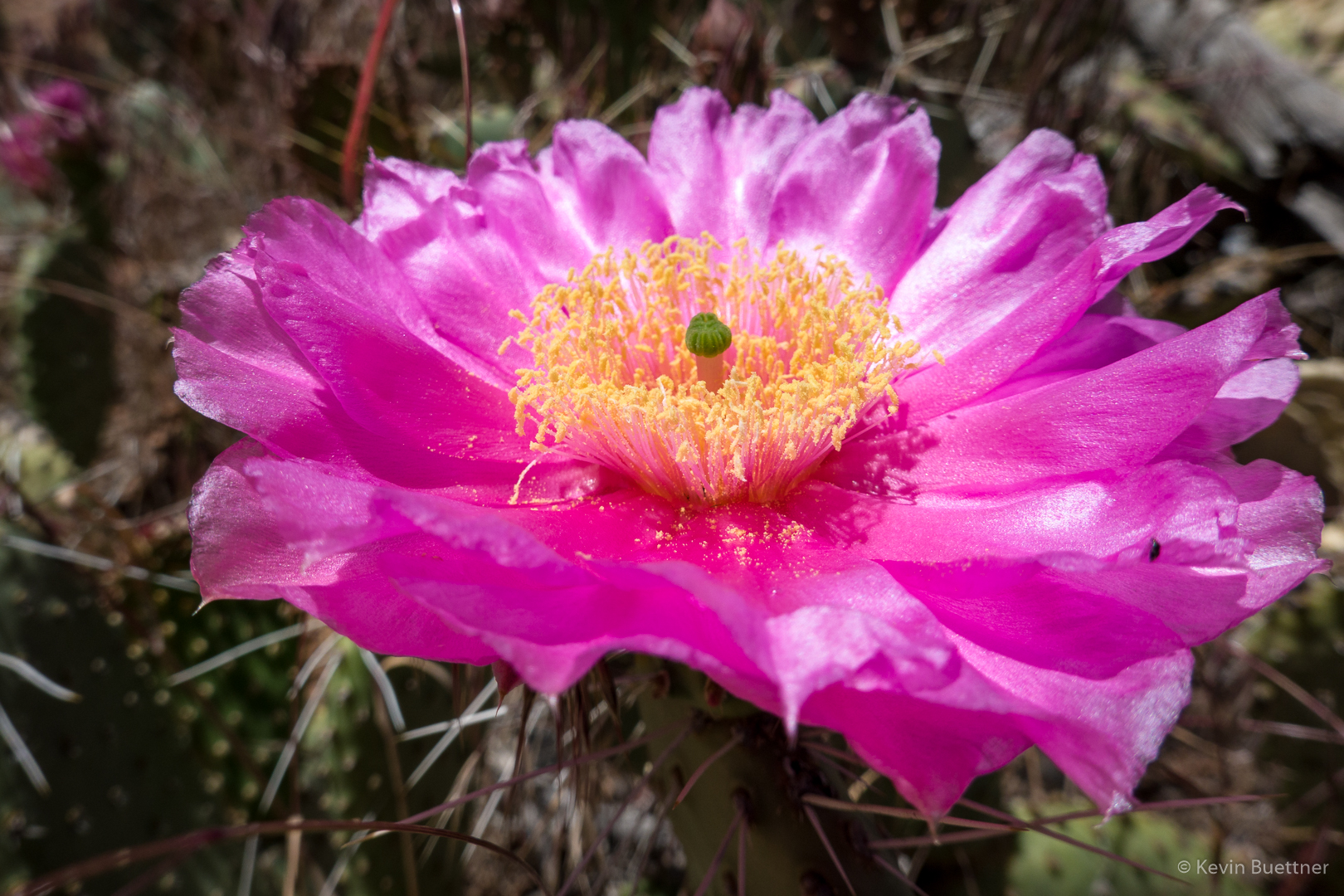 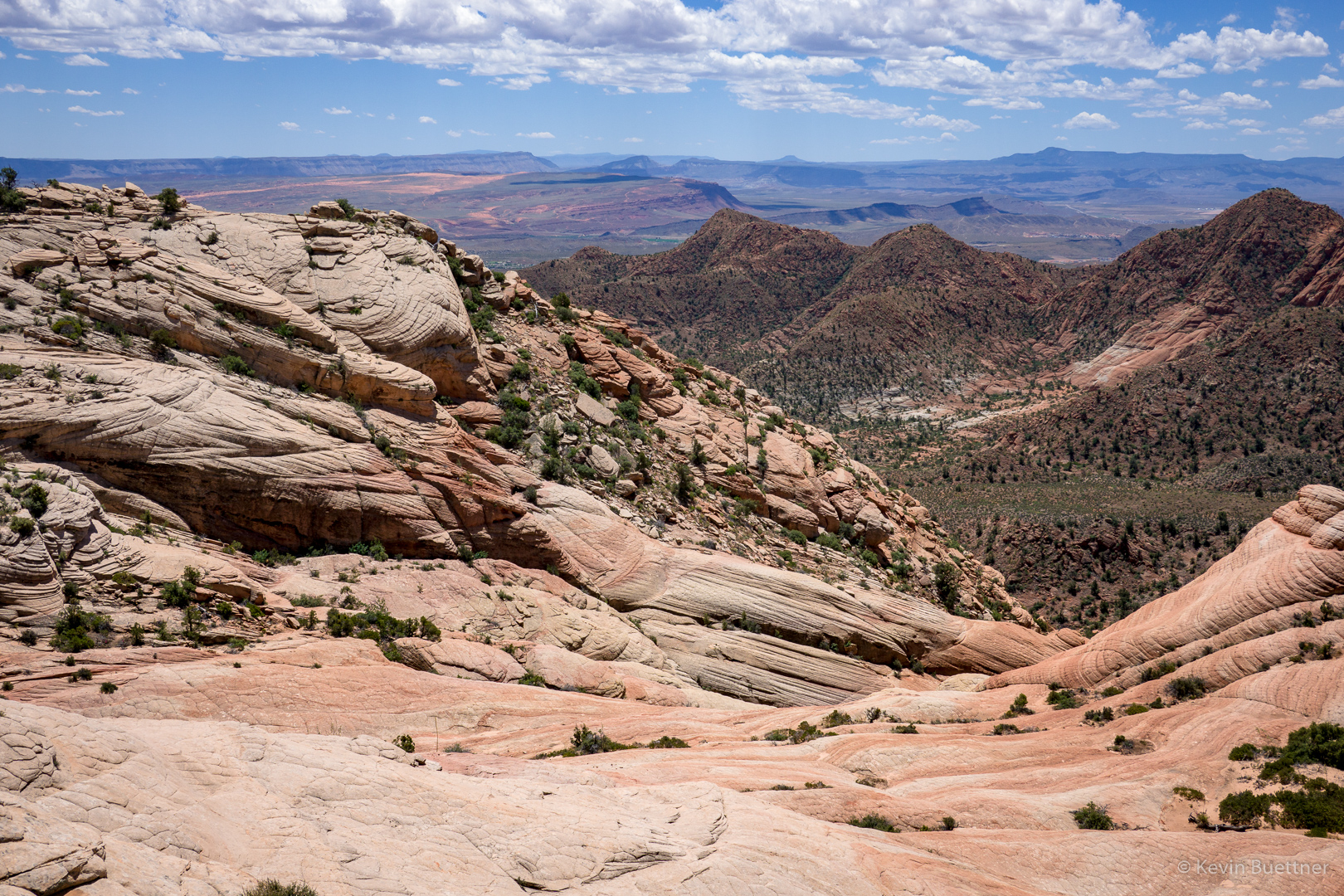 I eventually hiked to the top of the slickrock formation just right of center. It was an easy scramble to the top. 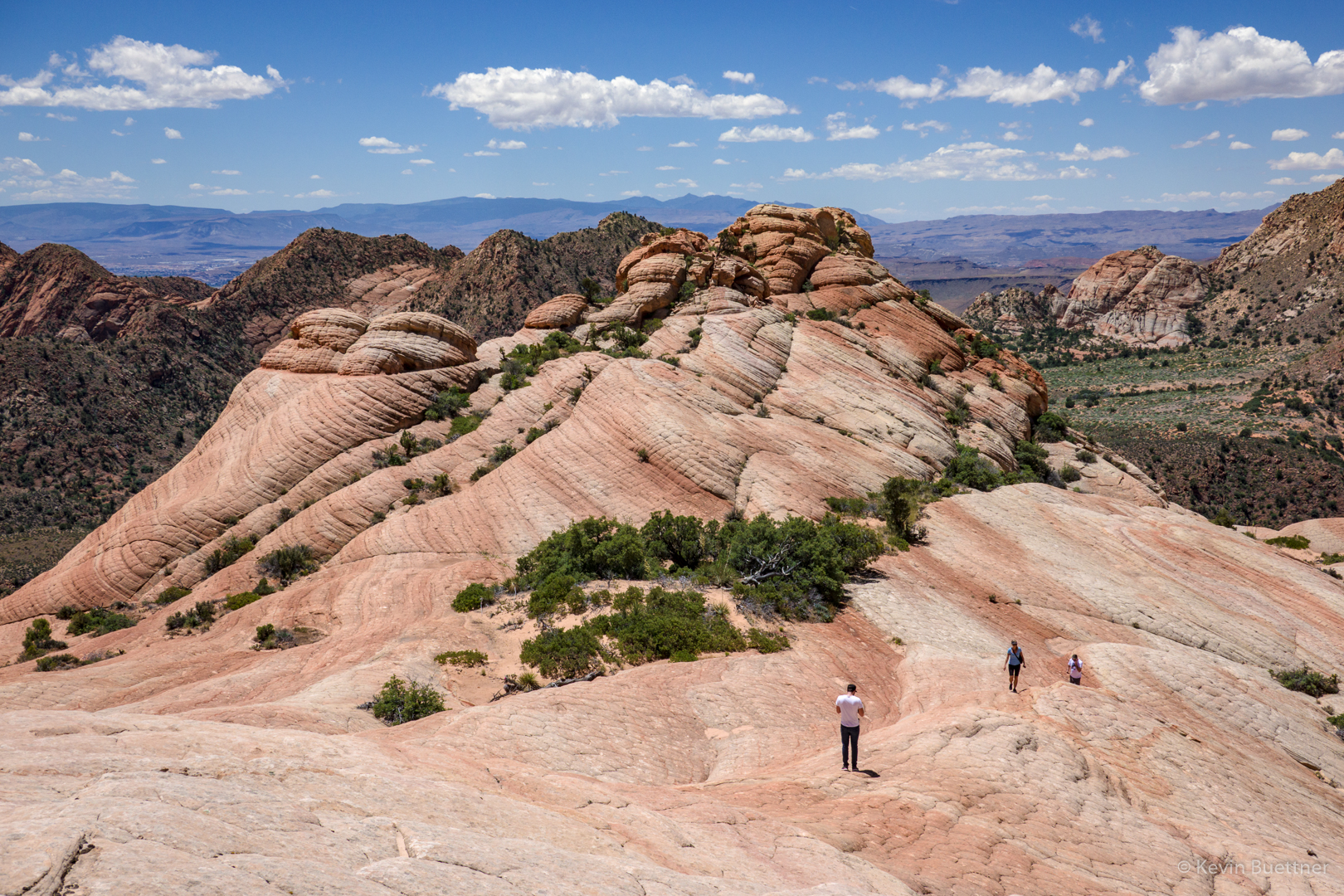 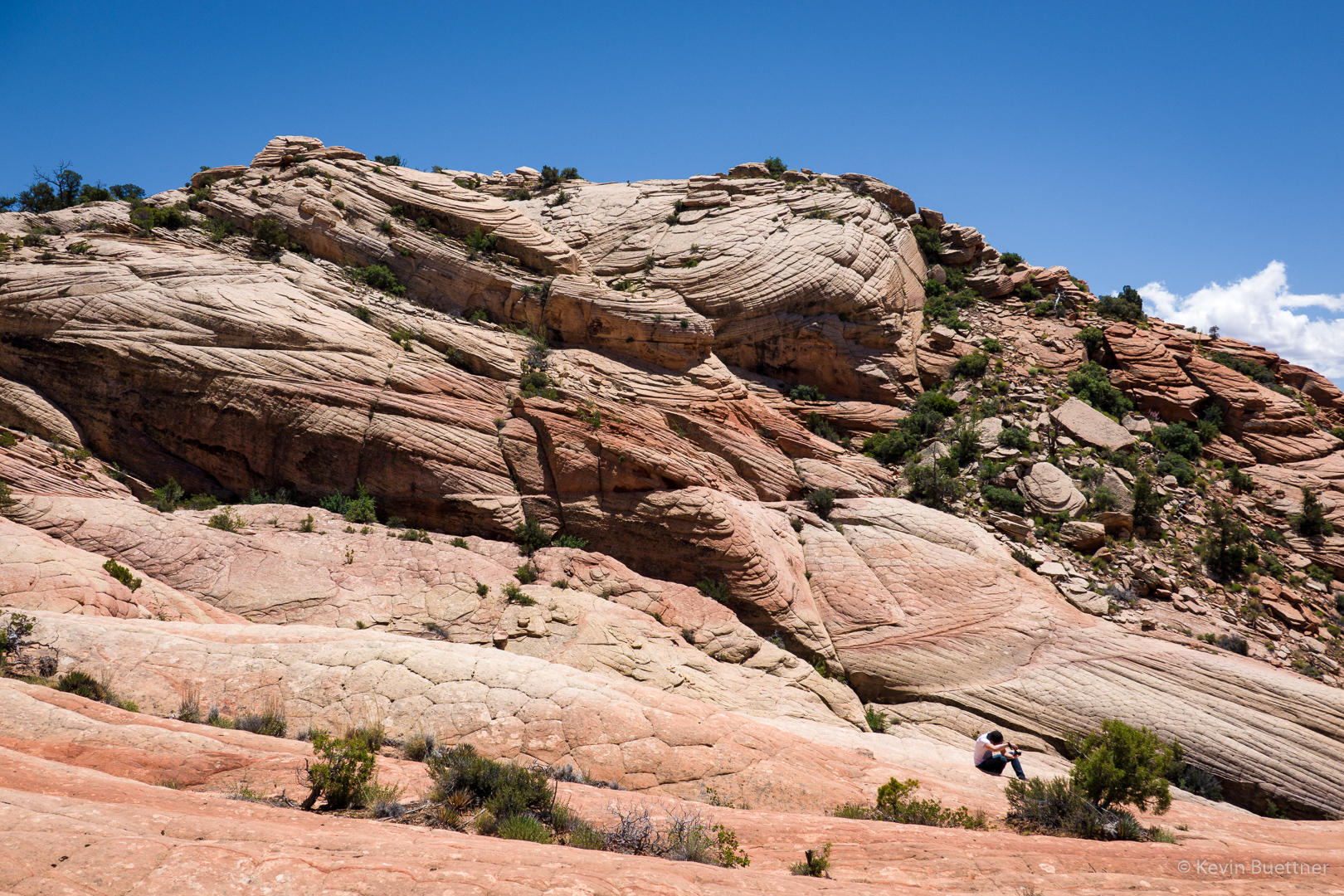 Looking back up at the way I came down. Marilyn is sitting in the notch at the top of the ridge, just right of center between some vegetation on the left and a pile of rocks on the right. 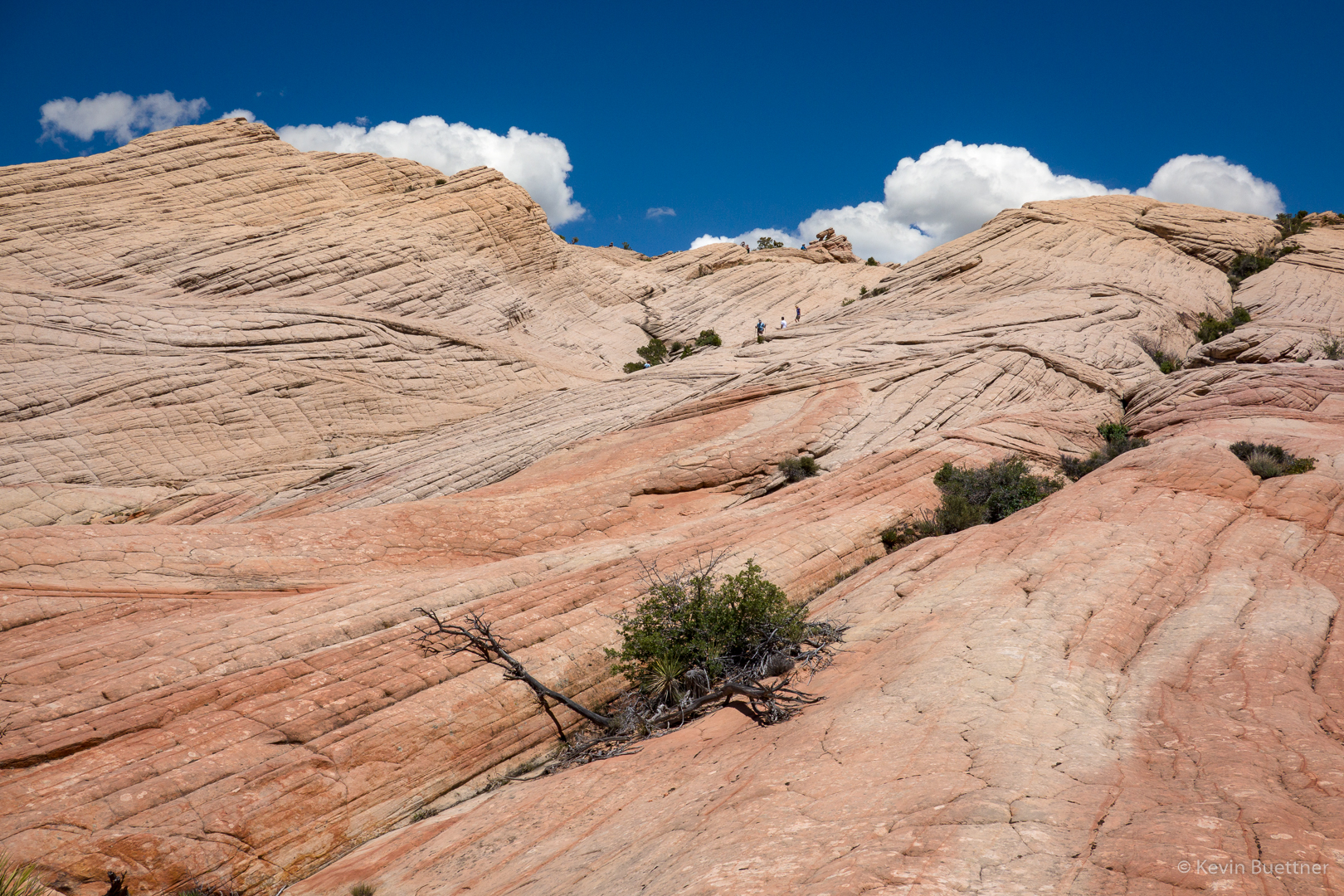 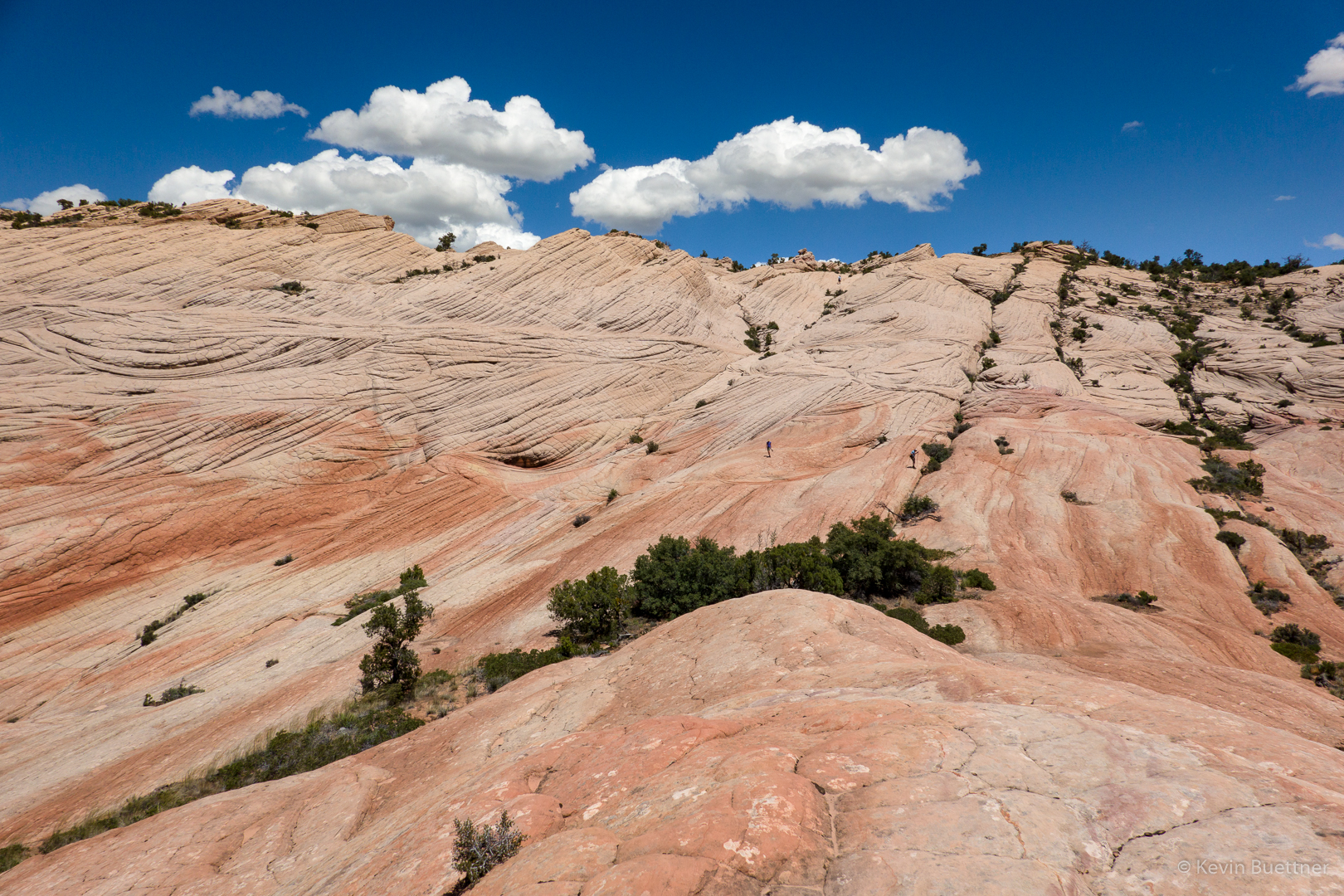 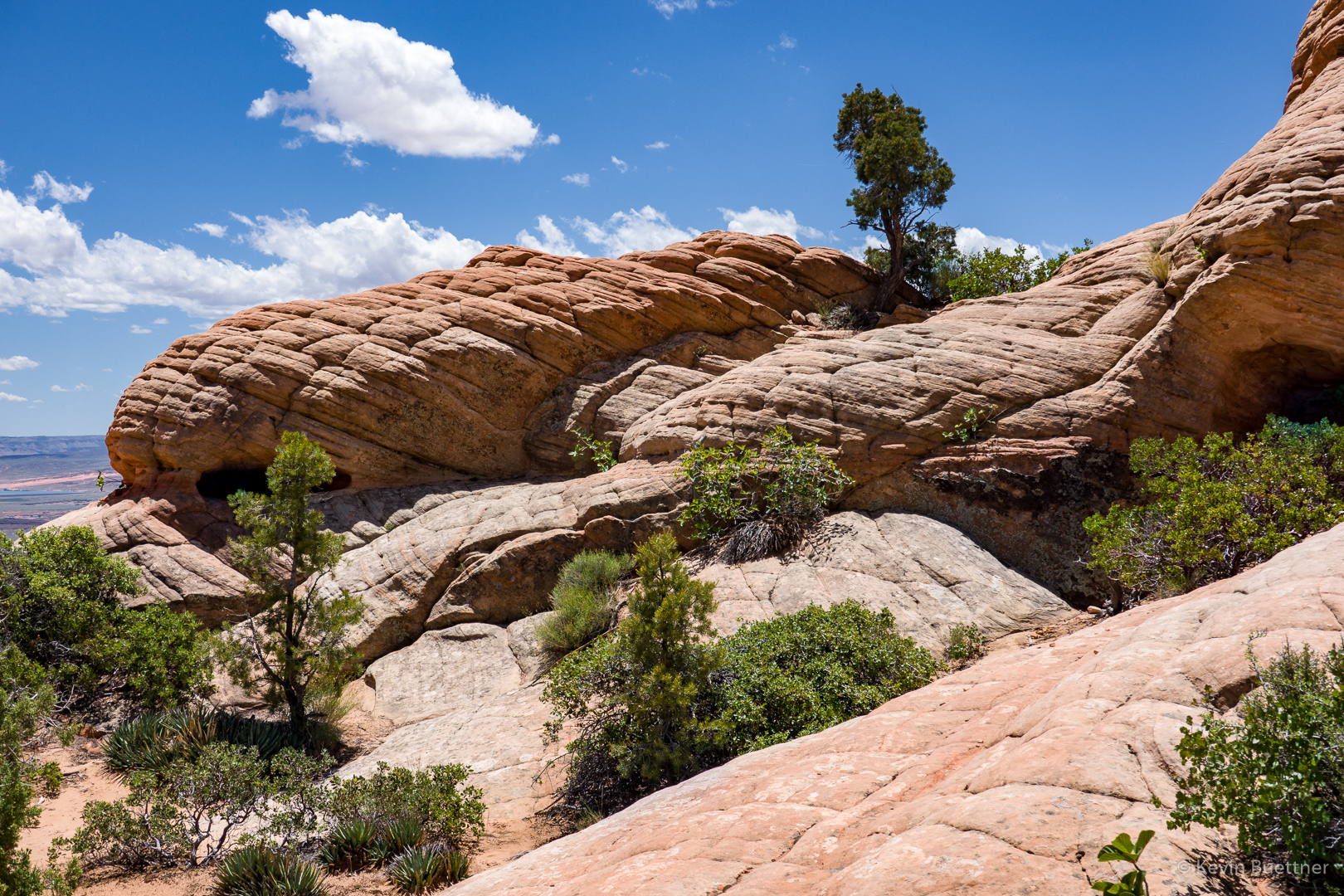 Looking out from the top of the rock formation mentioned earlier… 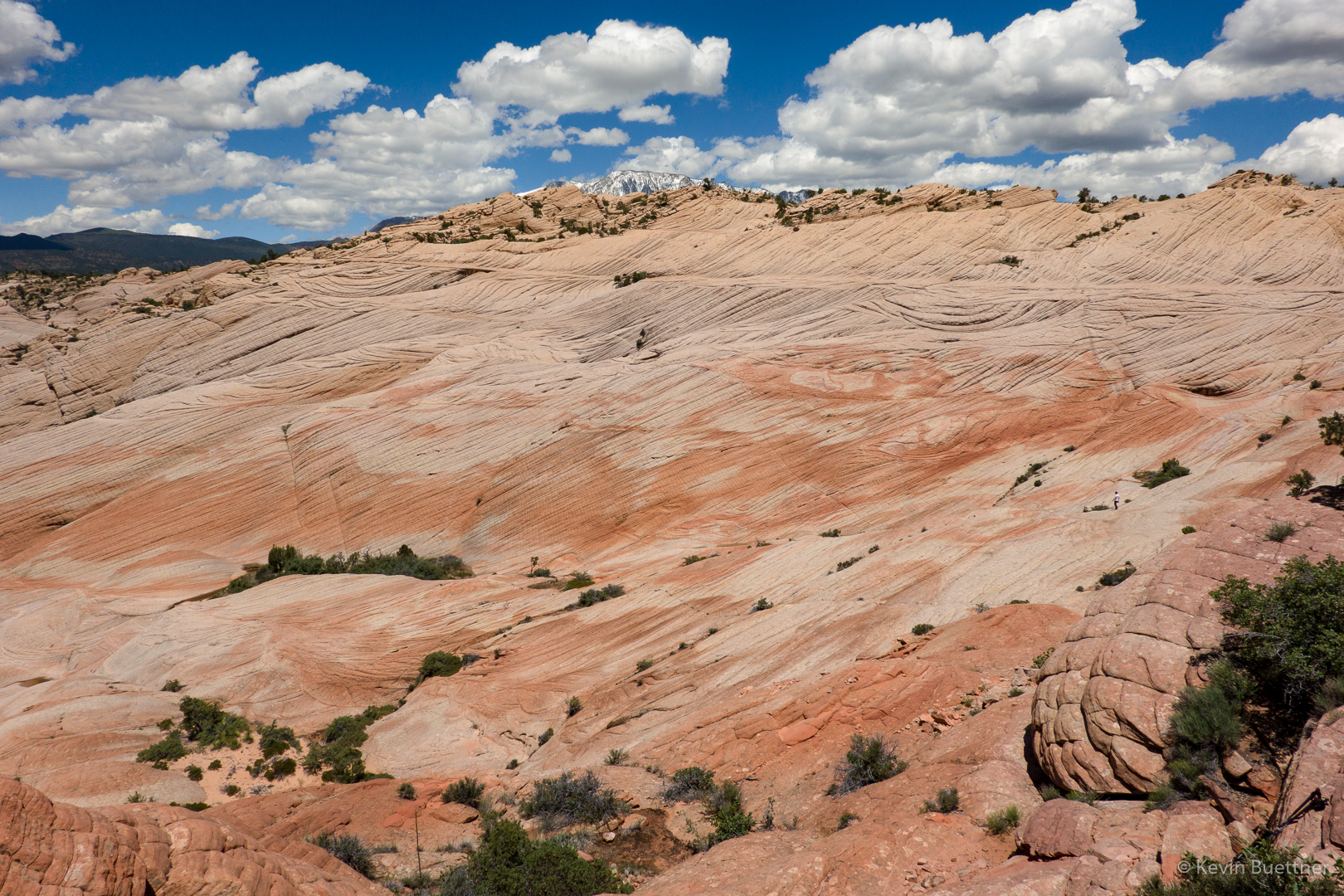 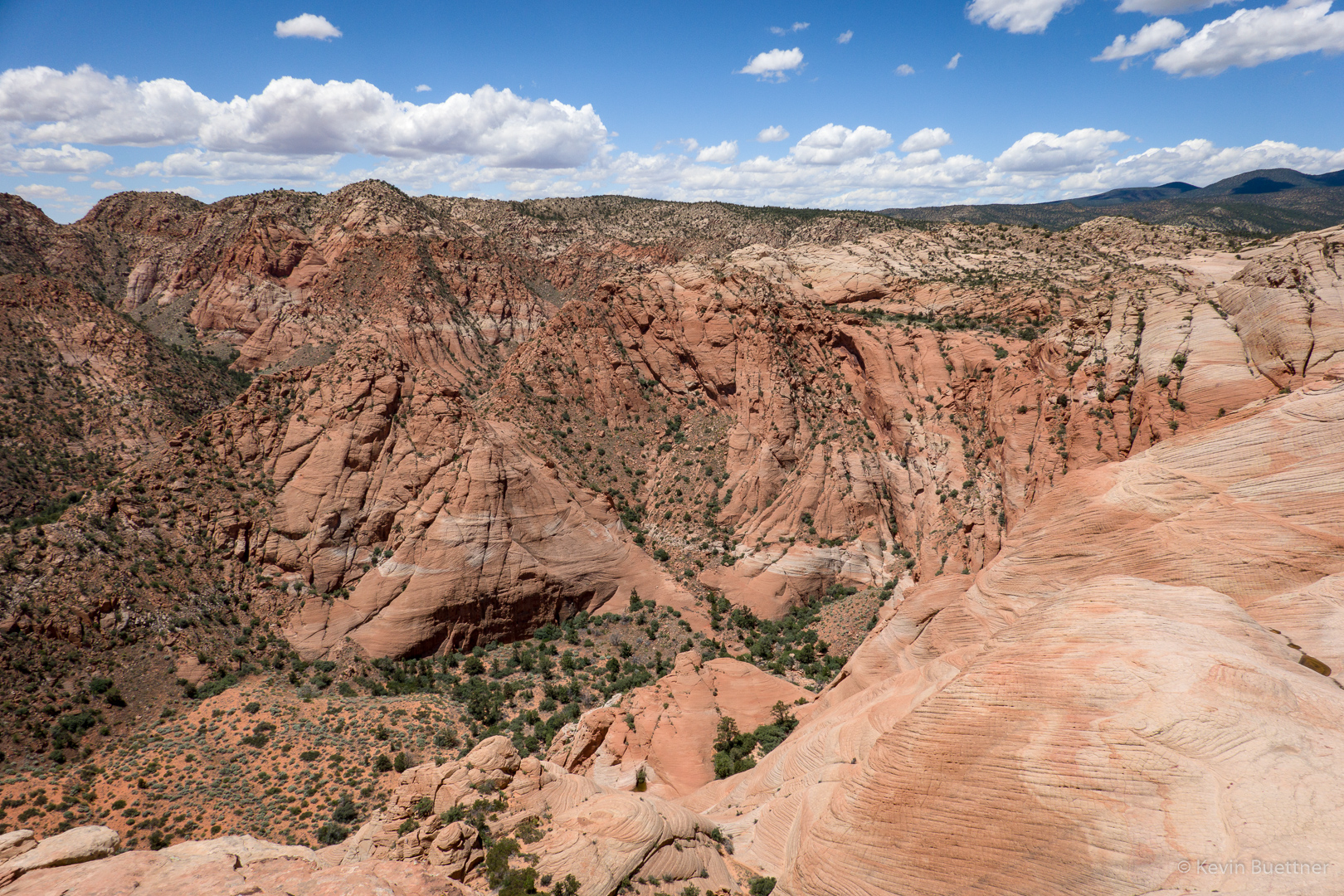 Heading back towards Marilyn now; looking back at where I had been… 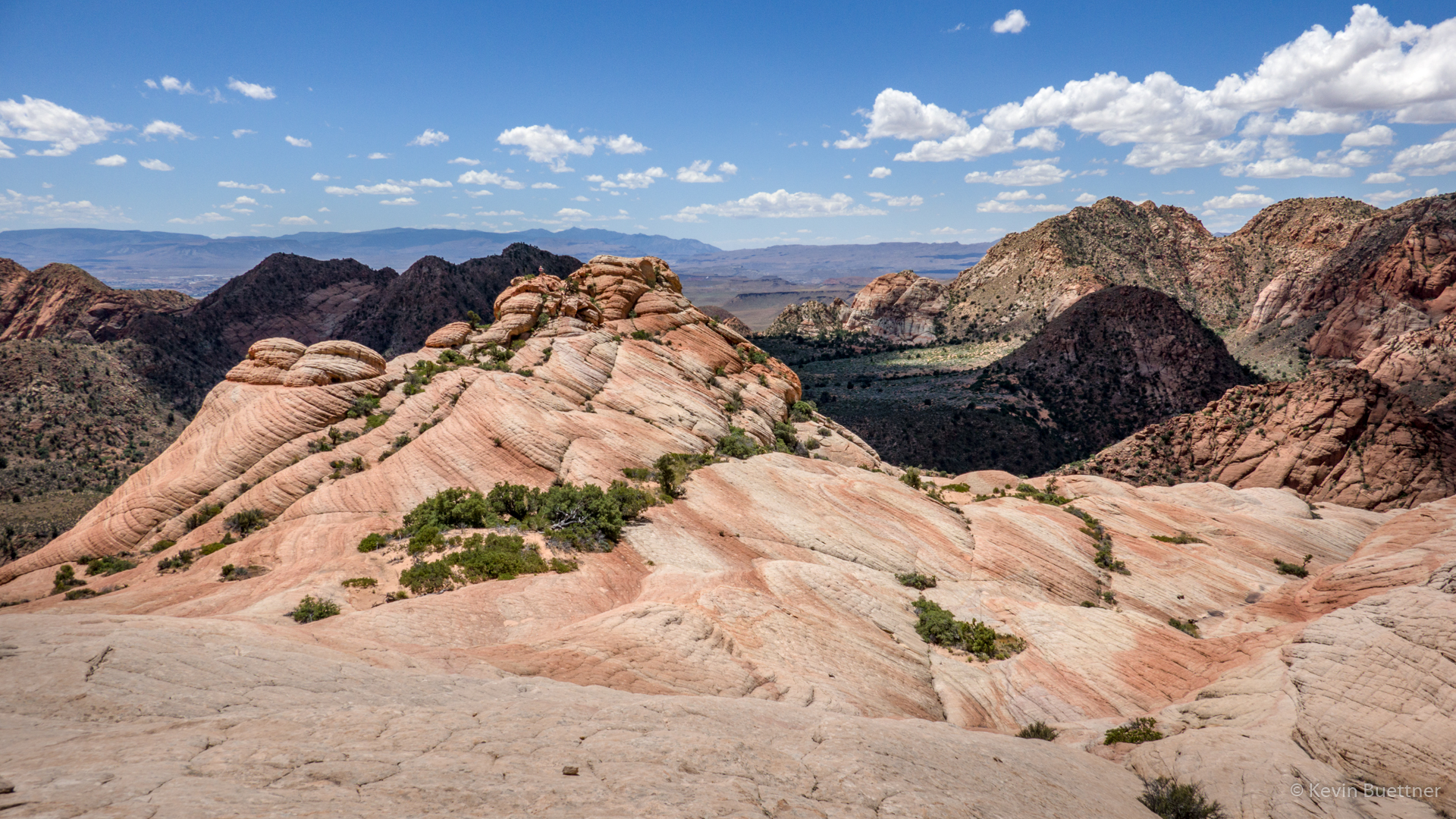 Marilyn joined me for a brief excursion to a slickrock overlook before heading back. 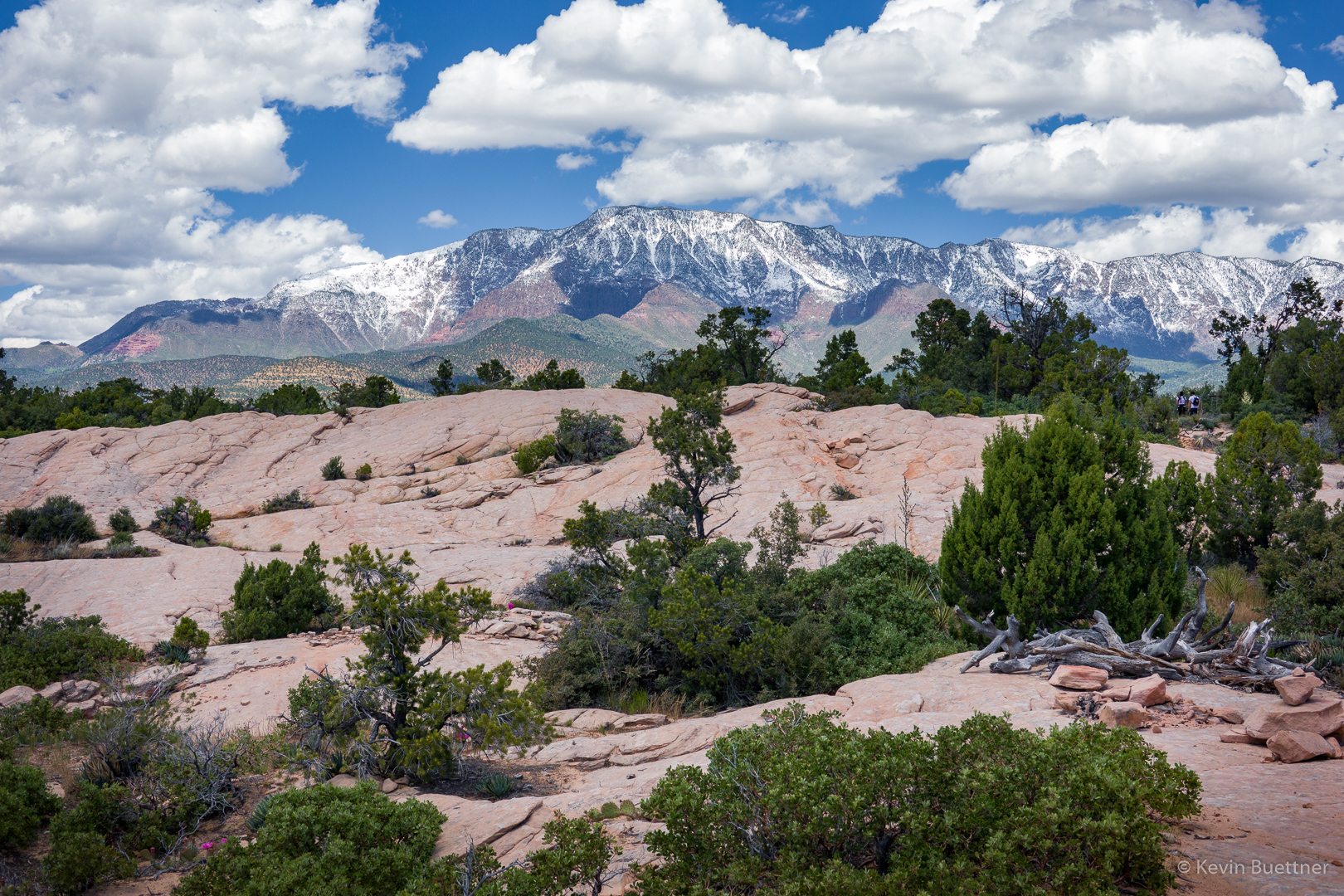 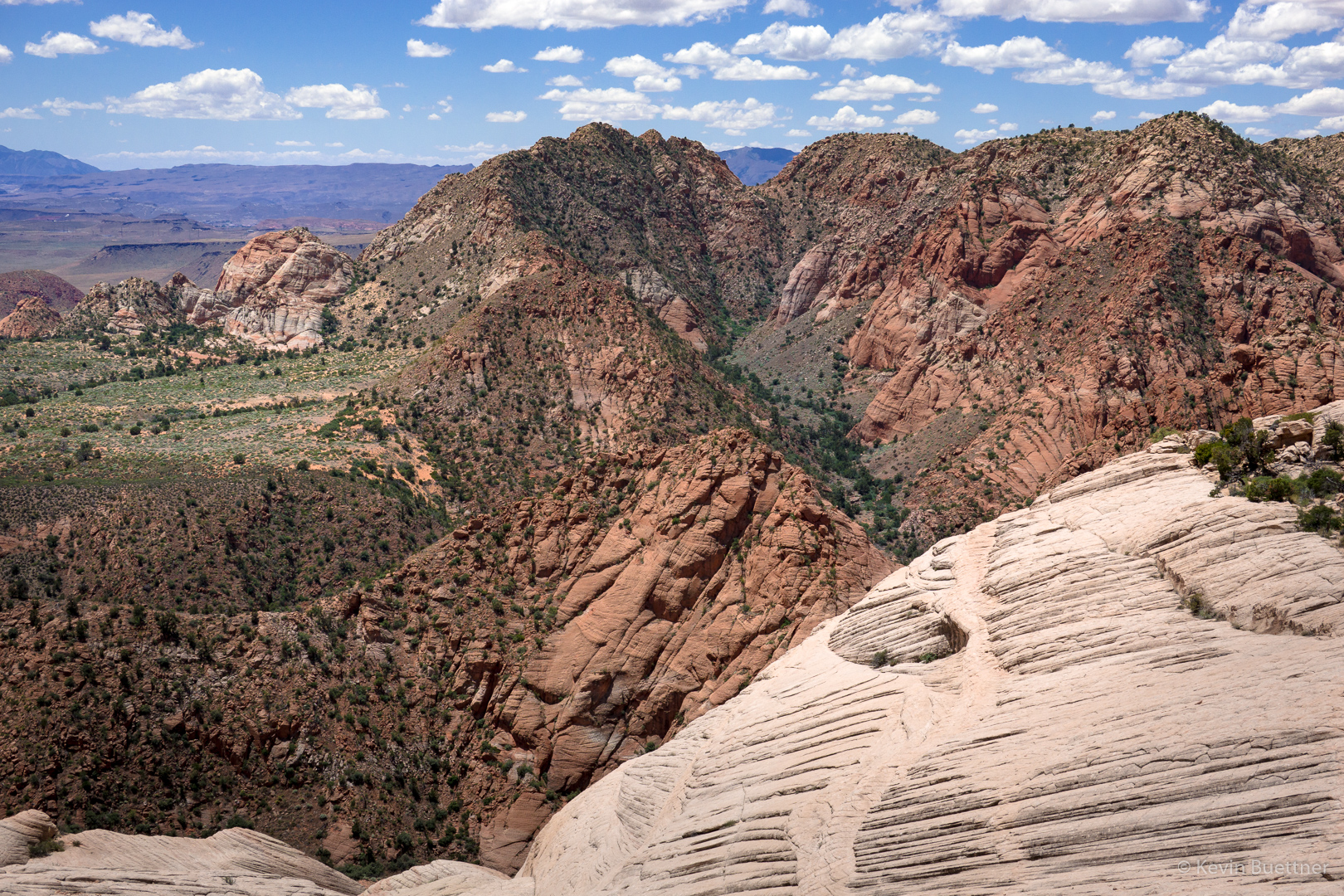 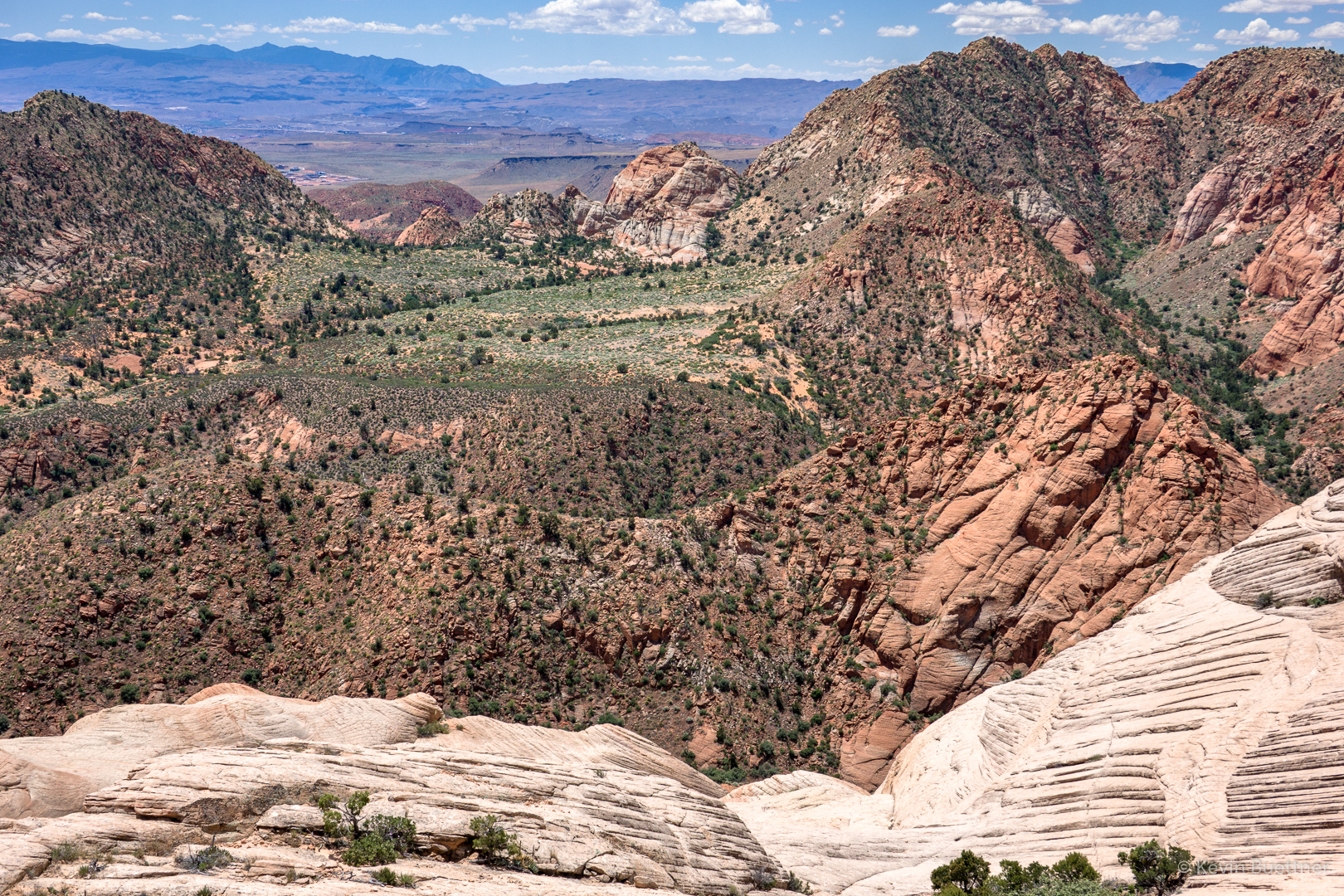 We stopped and took a few more photos of prickly pear blossoms on our way back. 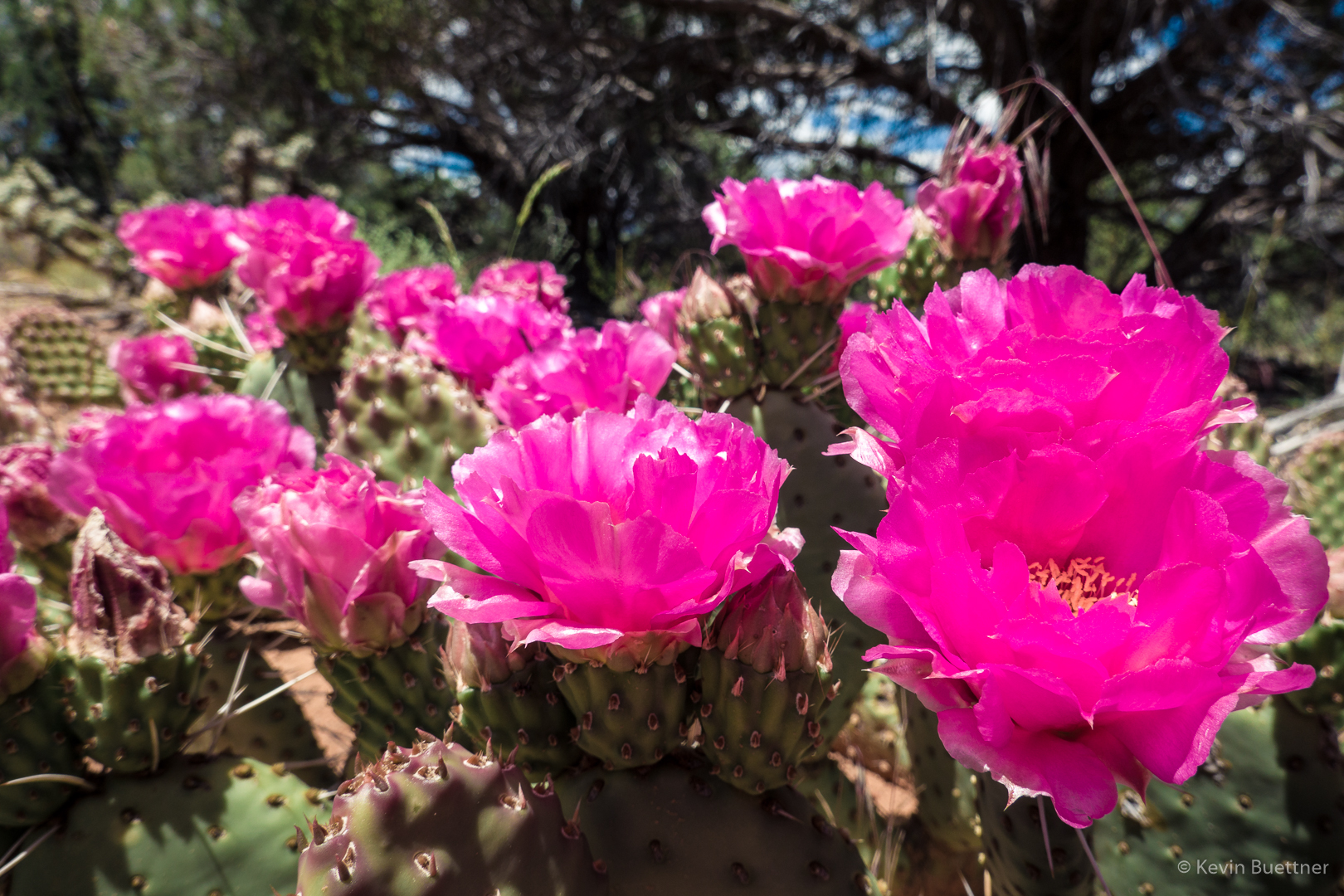