On Friday, the 24th, Joe, Marilyn, and I hiked the White Rocks Trail and then part of the Lava Flow Trail at Snow Canyon State Park. The park is named after Erastus Snow, the principal founder of the nearby city of St George. On the day that we were there, the park seemed to be well attended; not only is there hiking, but there are camping sites, and opportunities for road cycling. I think I also saw mention of rock climbing in the park literature. 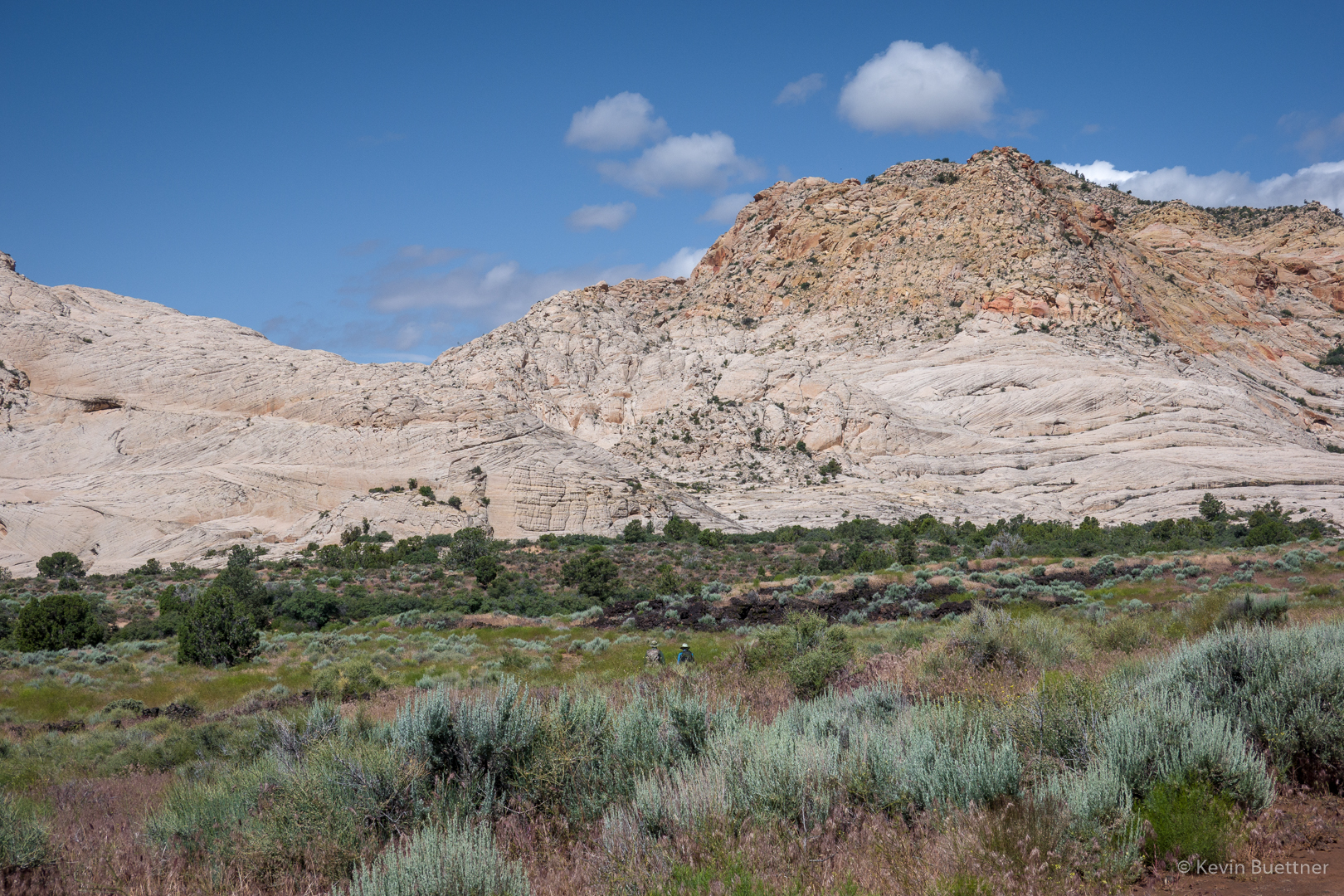 The park had some very nice trail markers. Small sections of map along with “You Are Here” arrows were placed on each trail marker.  This made navigation very easy. 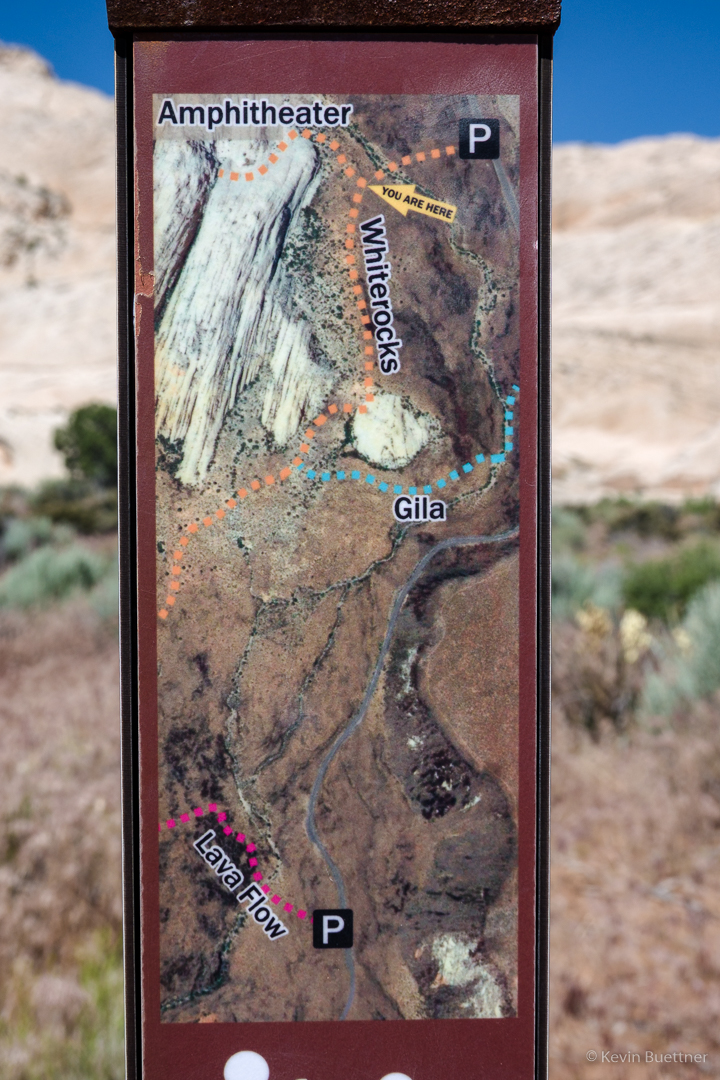 Prickly Pear cacti were in bloom in the area. Marilyn and I saw a lot more on the next day’s hike. 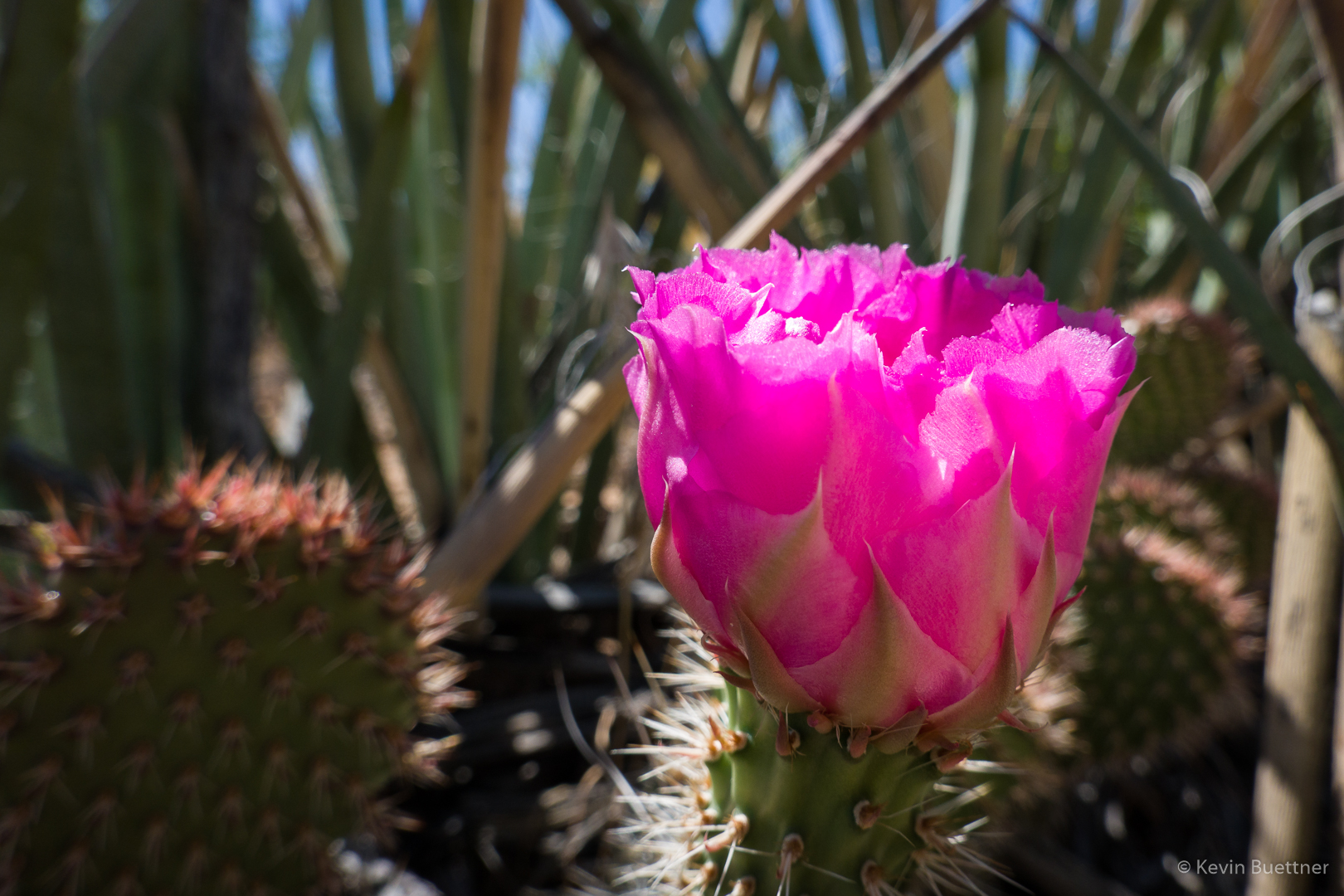 Joe, making his way across and then down a section of slickrock. Depsite it’s name, the White Rocks Trail was mostly not on slickrock – there was a lot of hiking on sand and then, near the intersection with the Lava Flow Trail, on volcanic rock. 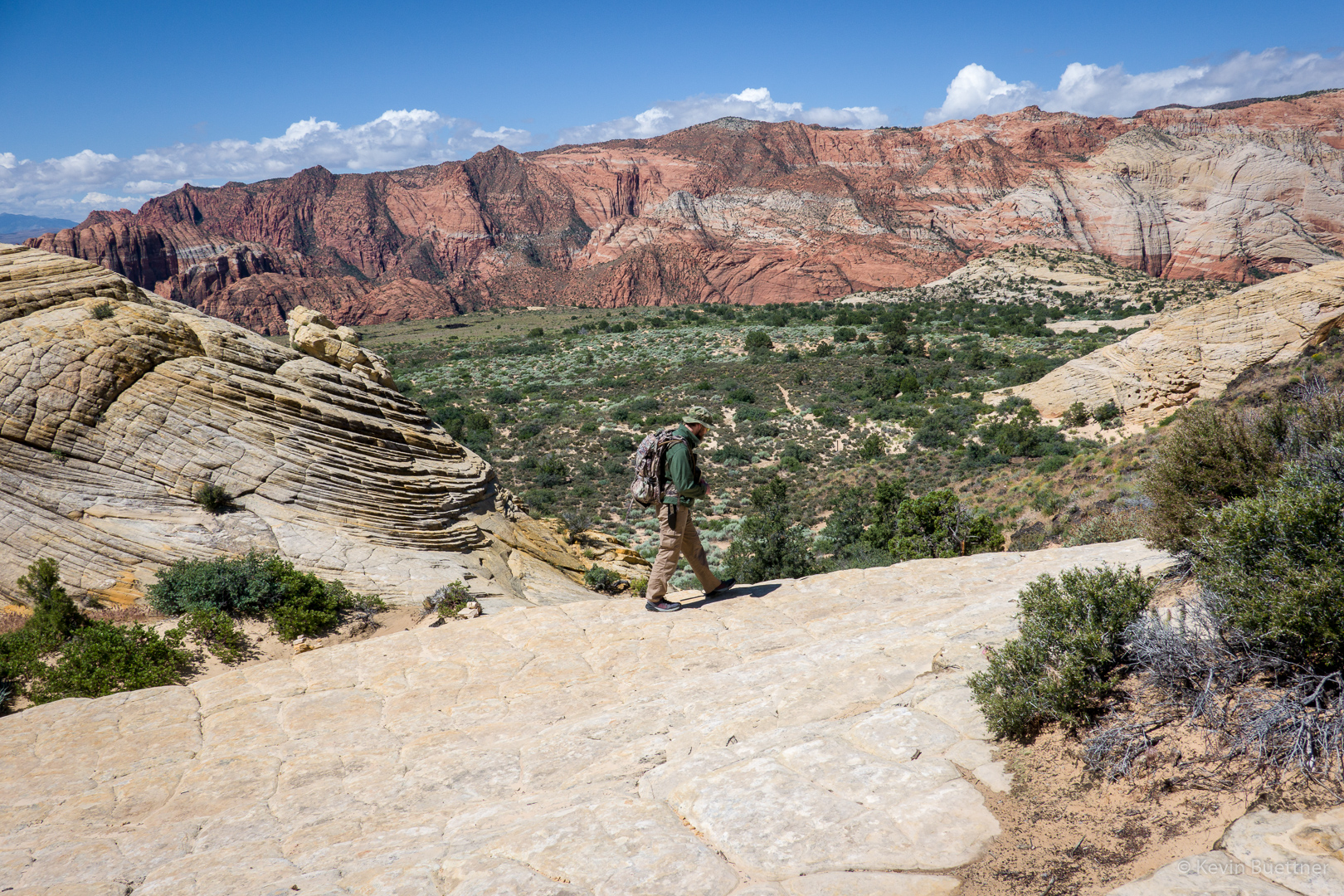 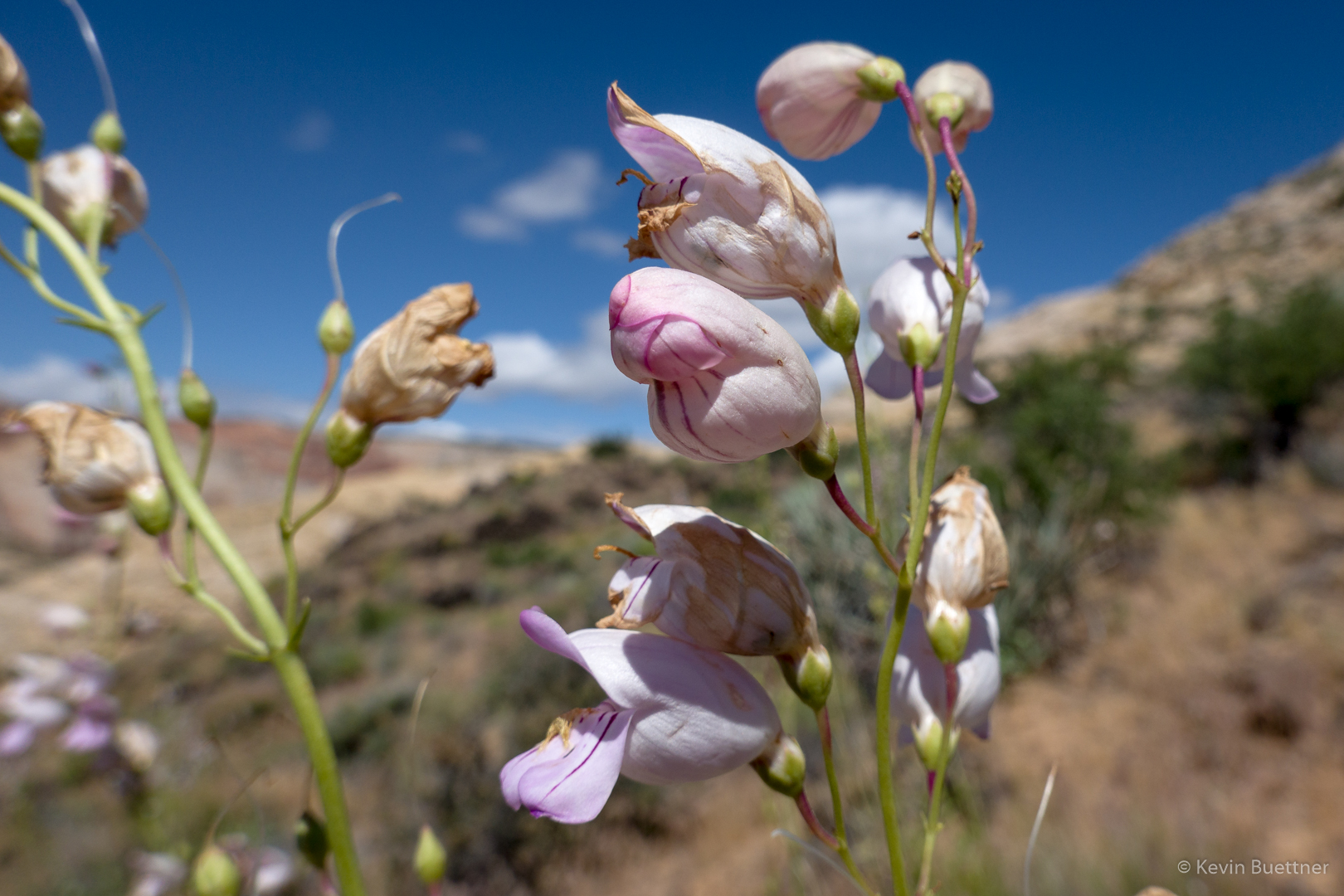 At one point, the trail went by a nearby tongue of slickrock. Going uphill slightly on the slickrock yielded this view: 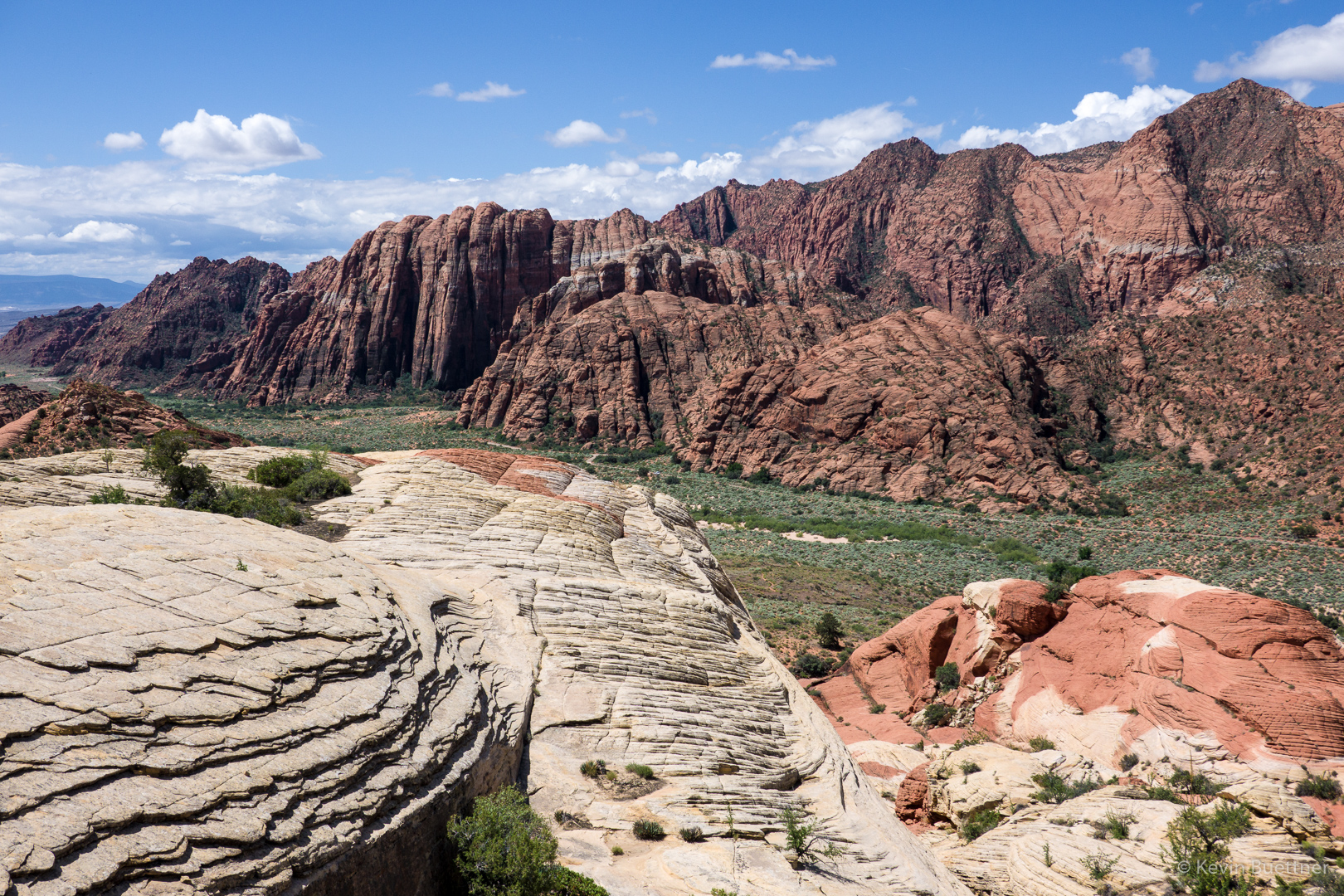 Further on, piles of volcanic rock appeared. We started seeing some big holes in the ground shortly thereafter. 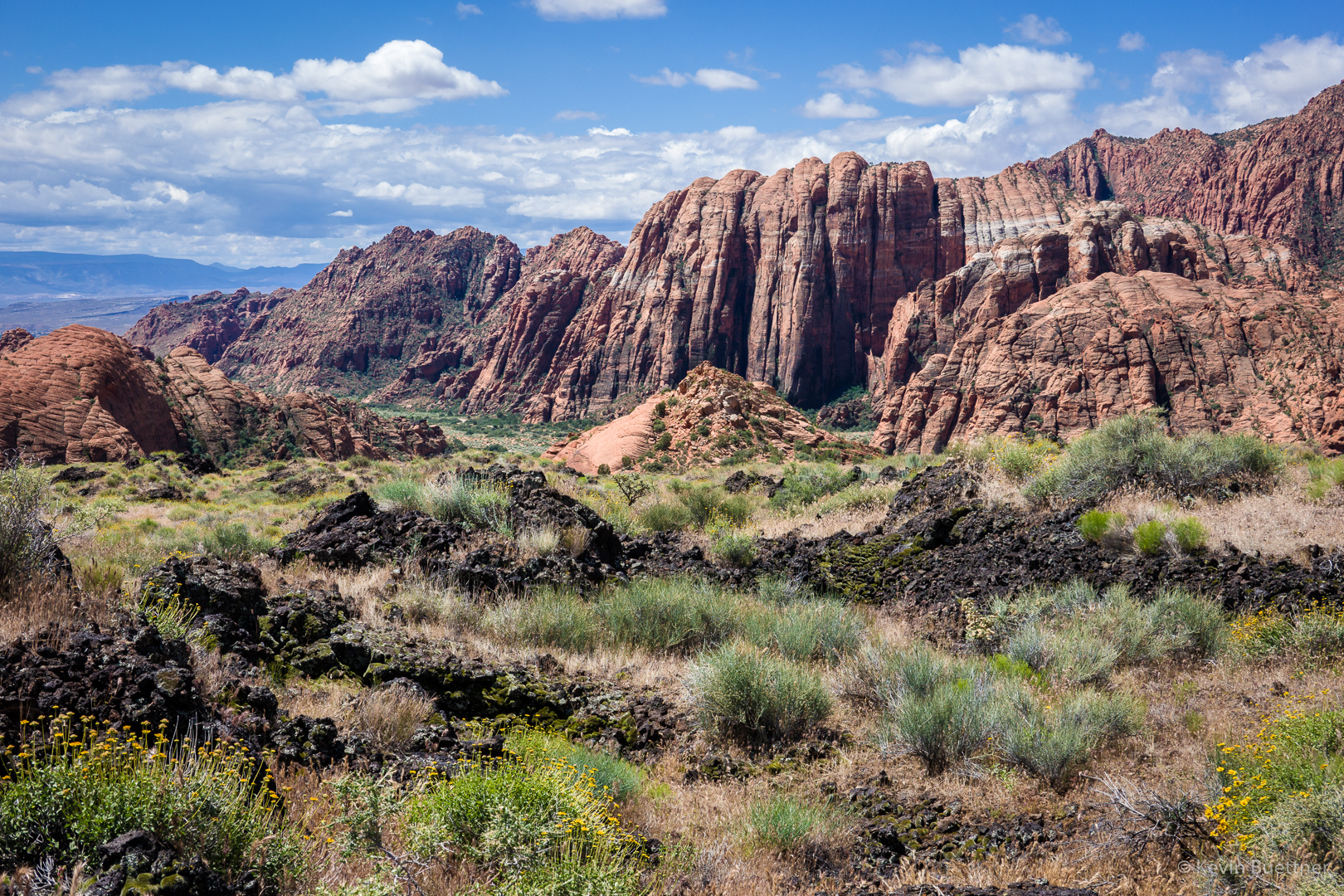 This is an opening for one of the lava tubes along the Lava Flow Trail. The girl’s grandfather, who turned 80 that day was down in the hole exploring. 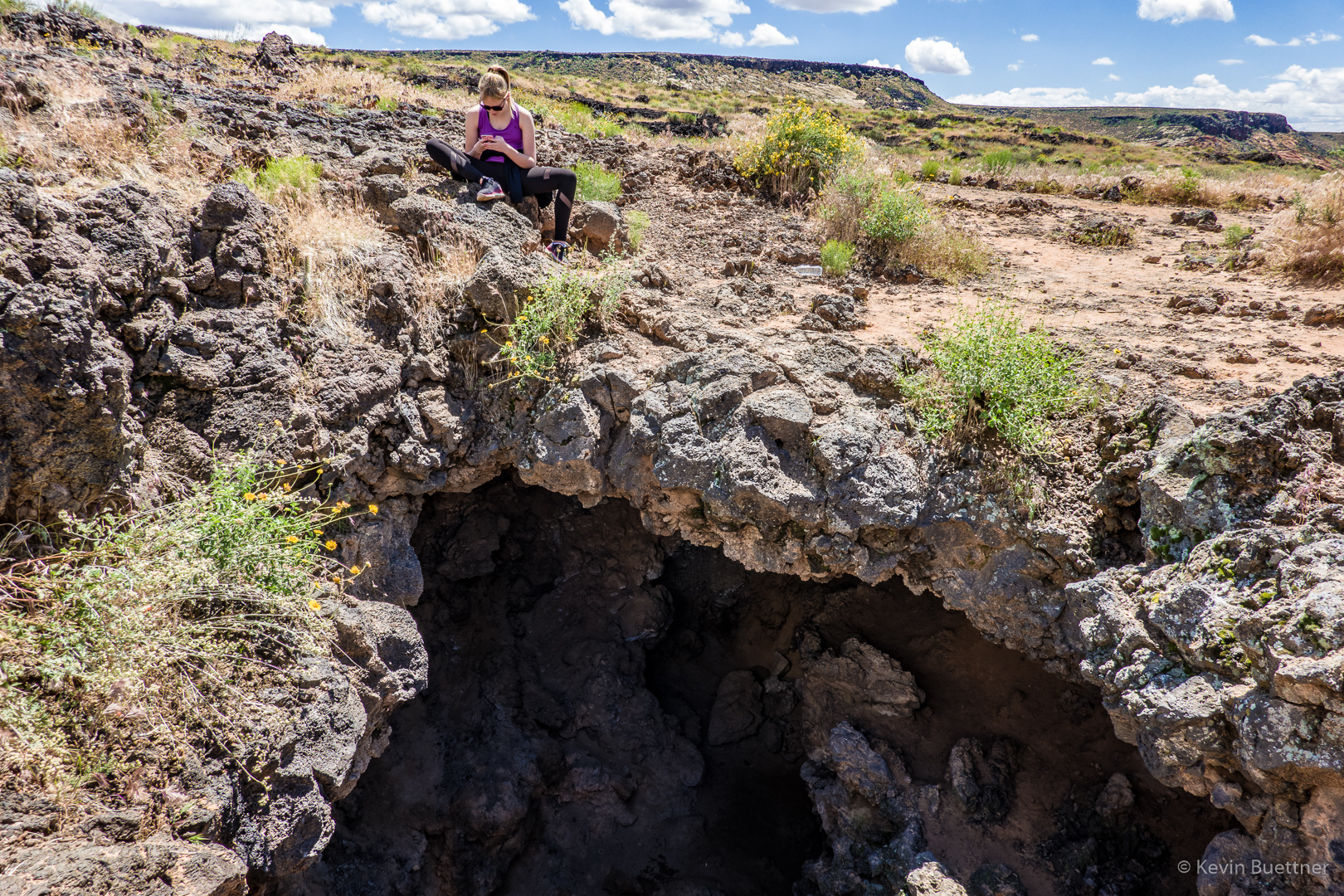 Joe climbed down into this hole and explored for quite a while. (I took this photo before he decided to go in.) He was down there for at least 20 minutes. From what he said, I would guess that you could spend at least several hours exploring the tubes beneath the ground. 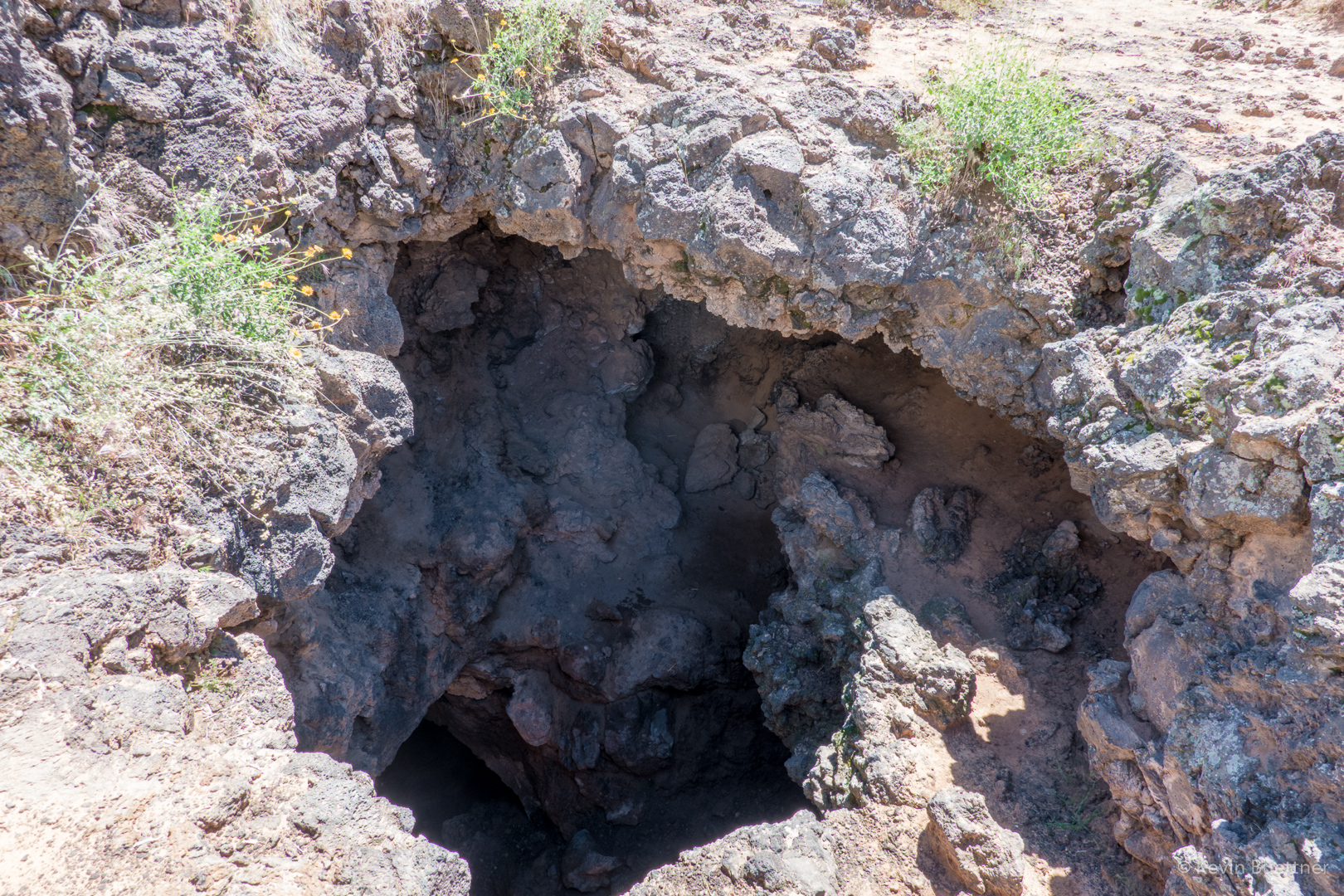 This is another lava tube entrance, perhaps a quarter mile away. It may be the case that there is some connection to the entrance shown above. 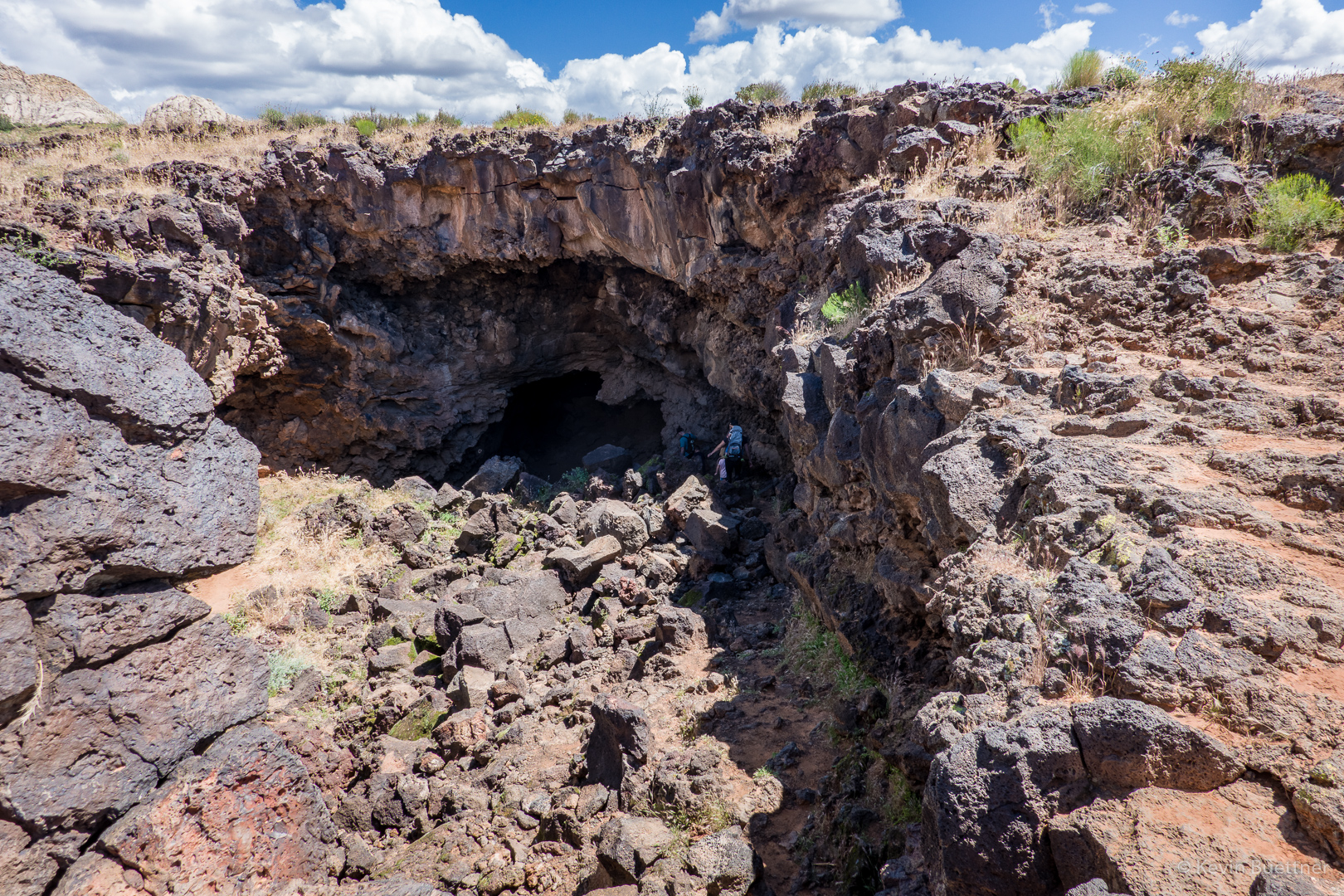 As I hiked back to the hole where Marilyn was waiting for Joe to come back out, I noticed this tongue of red (and white) rock. 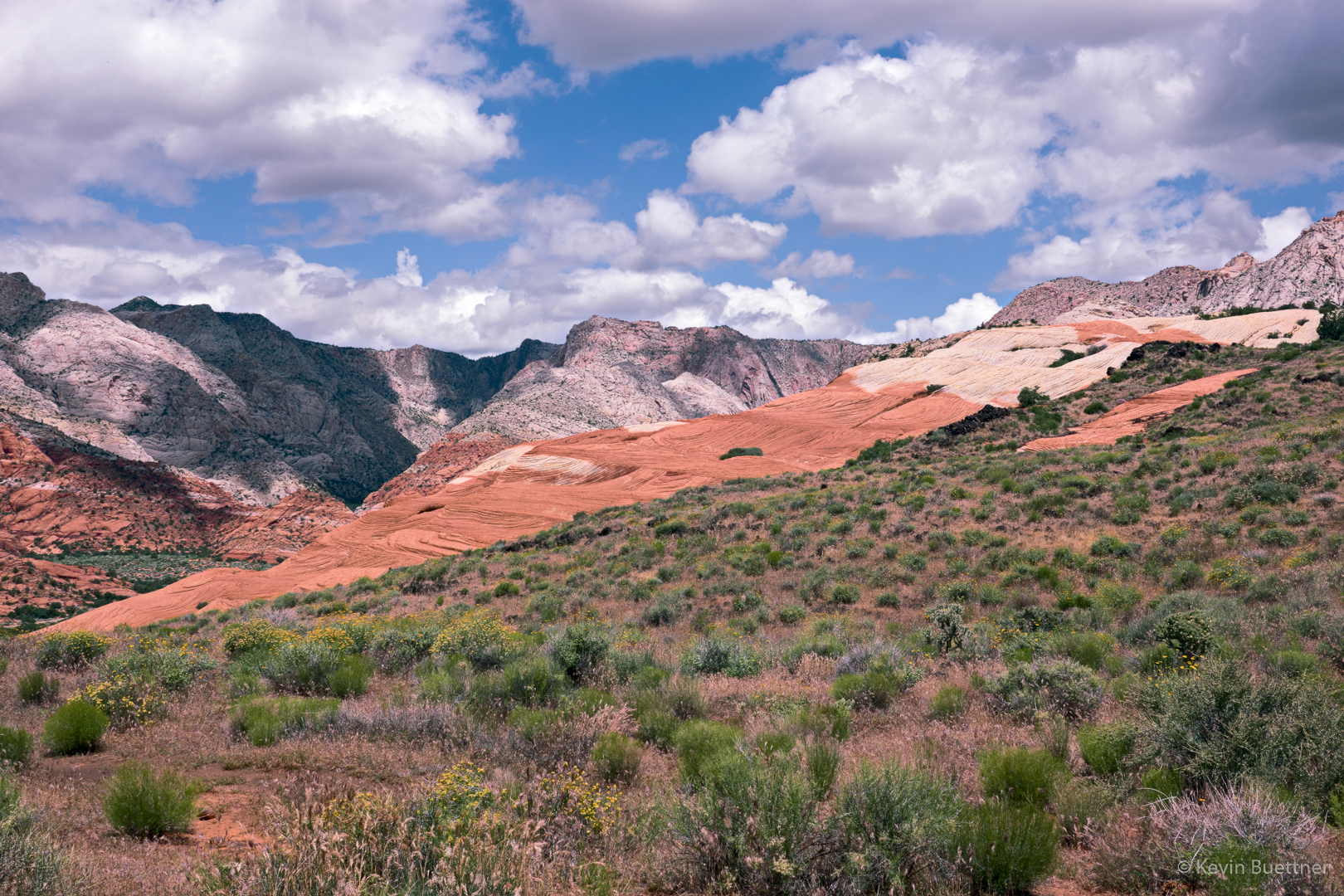 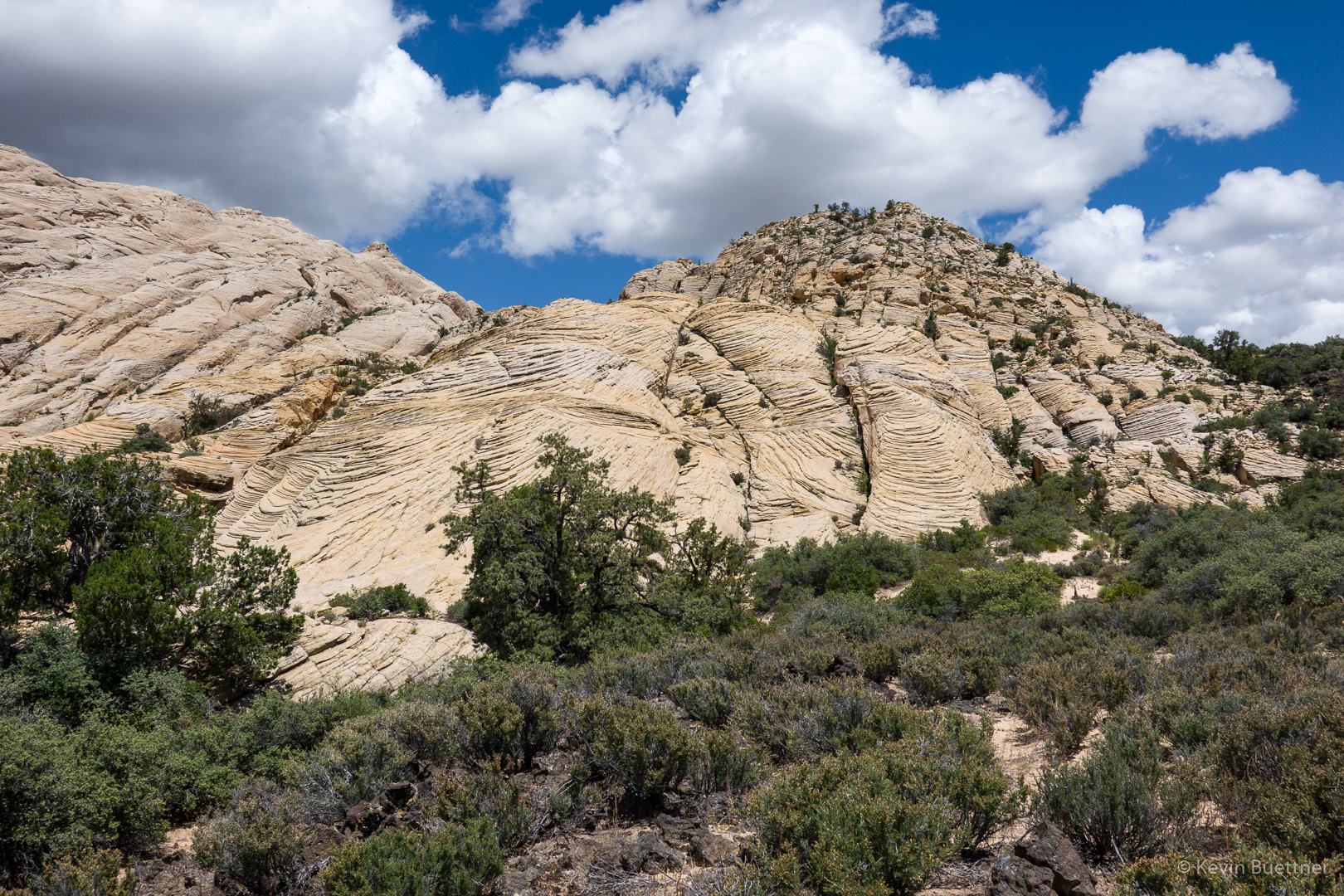 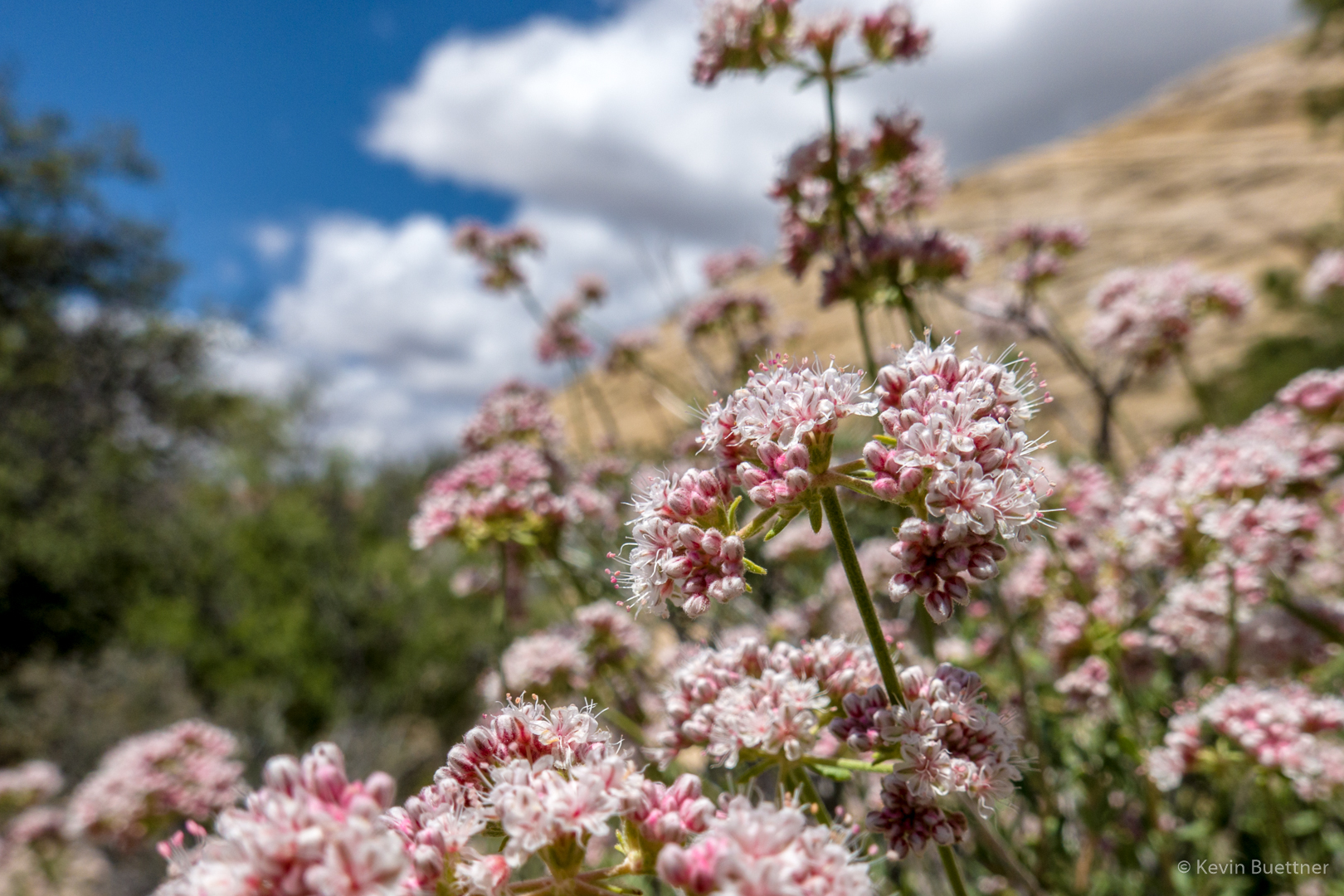 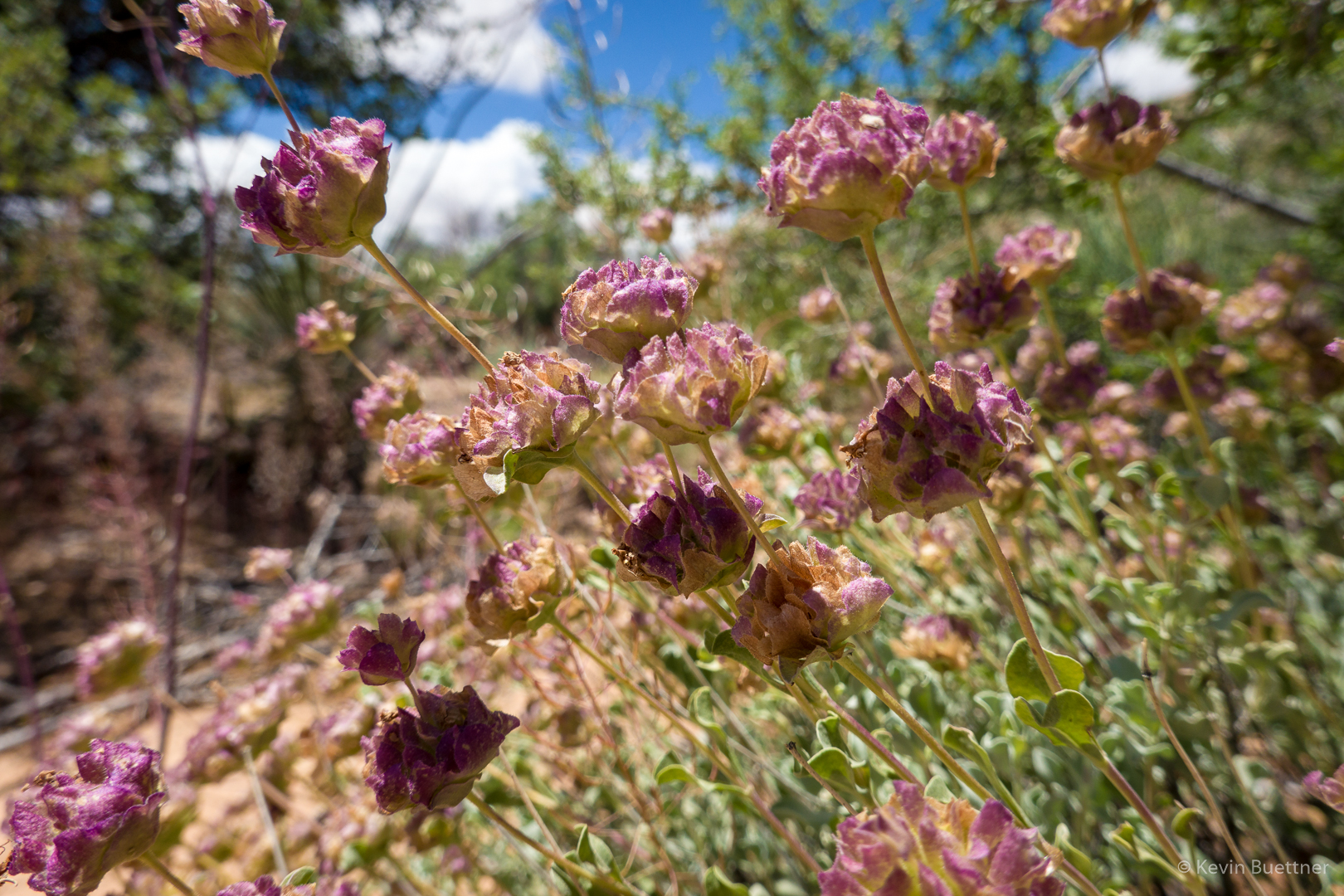 When we got back to the intersection for the parking lot, I went on to look at the Amphitheater. 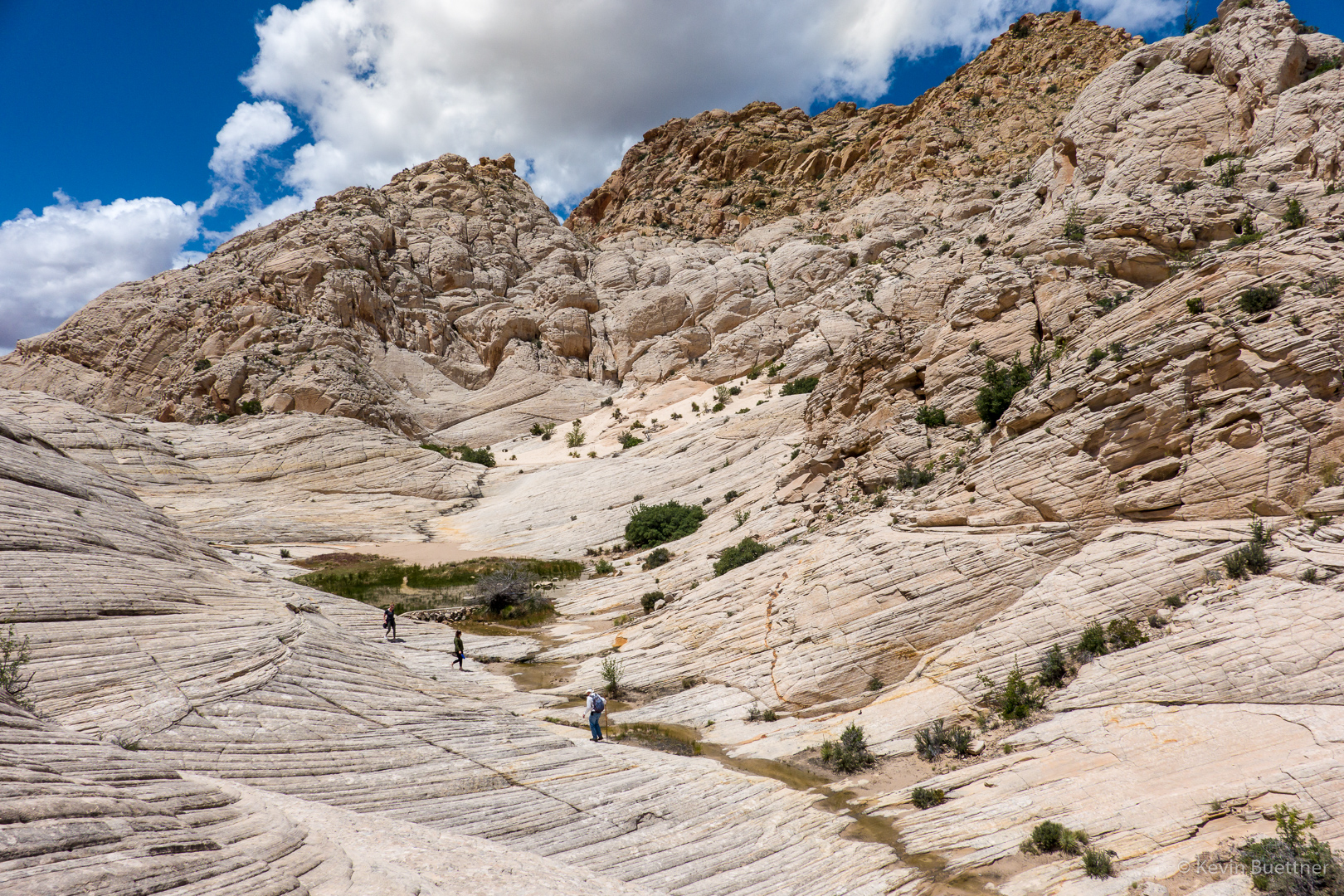 I found this vegetated canyon after hiking a ways up the slickrock. 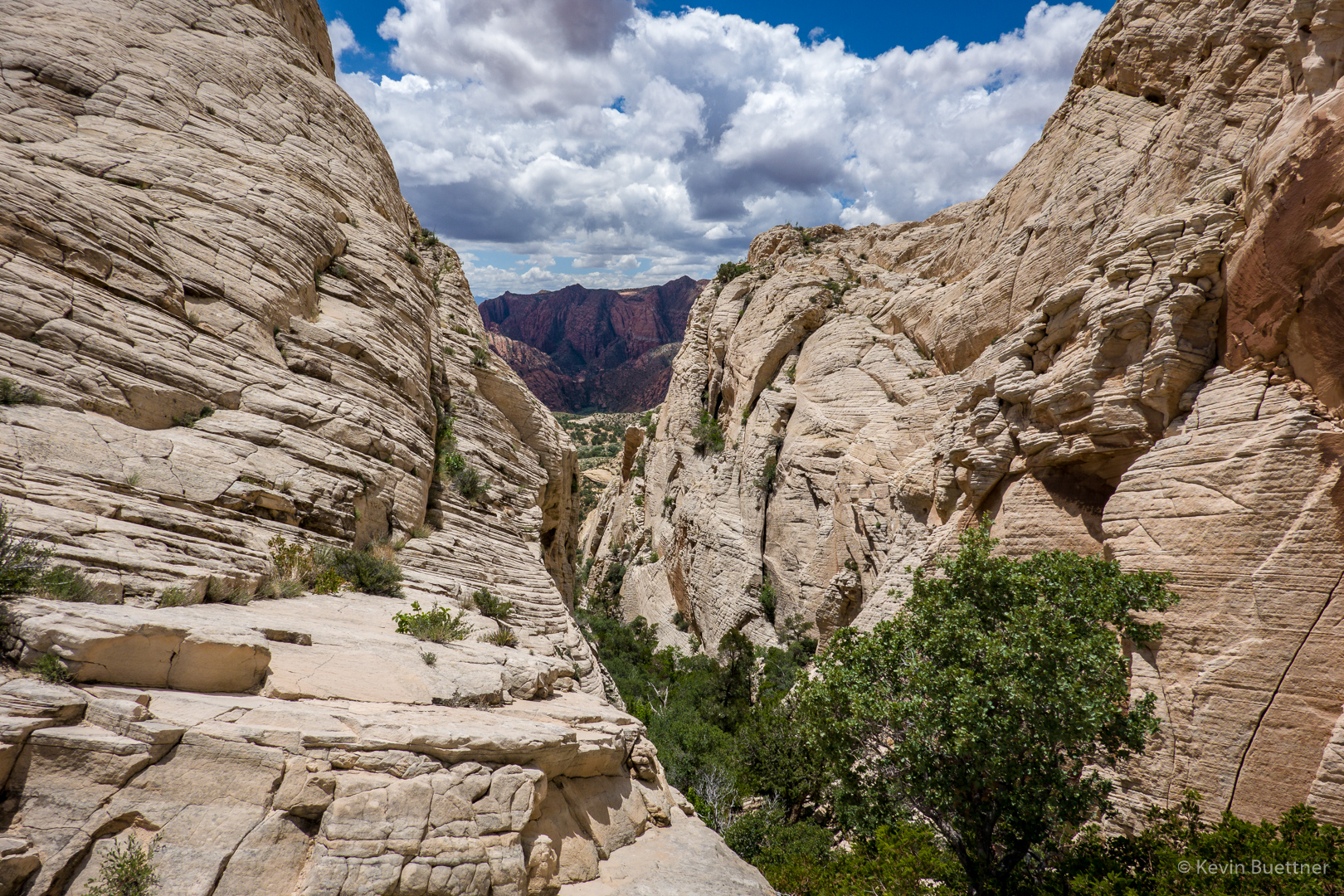 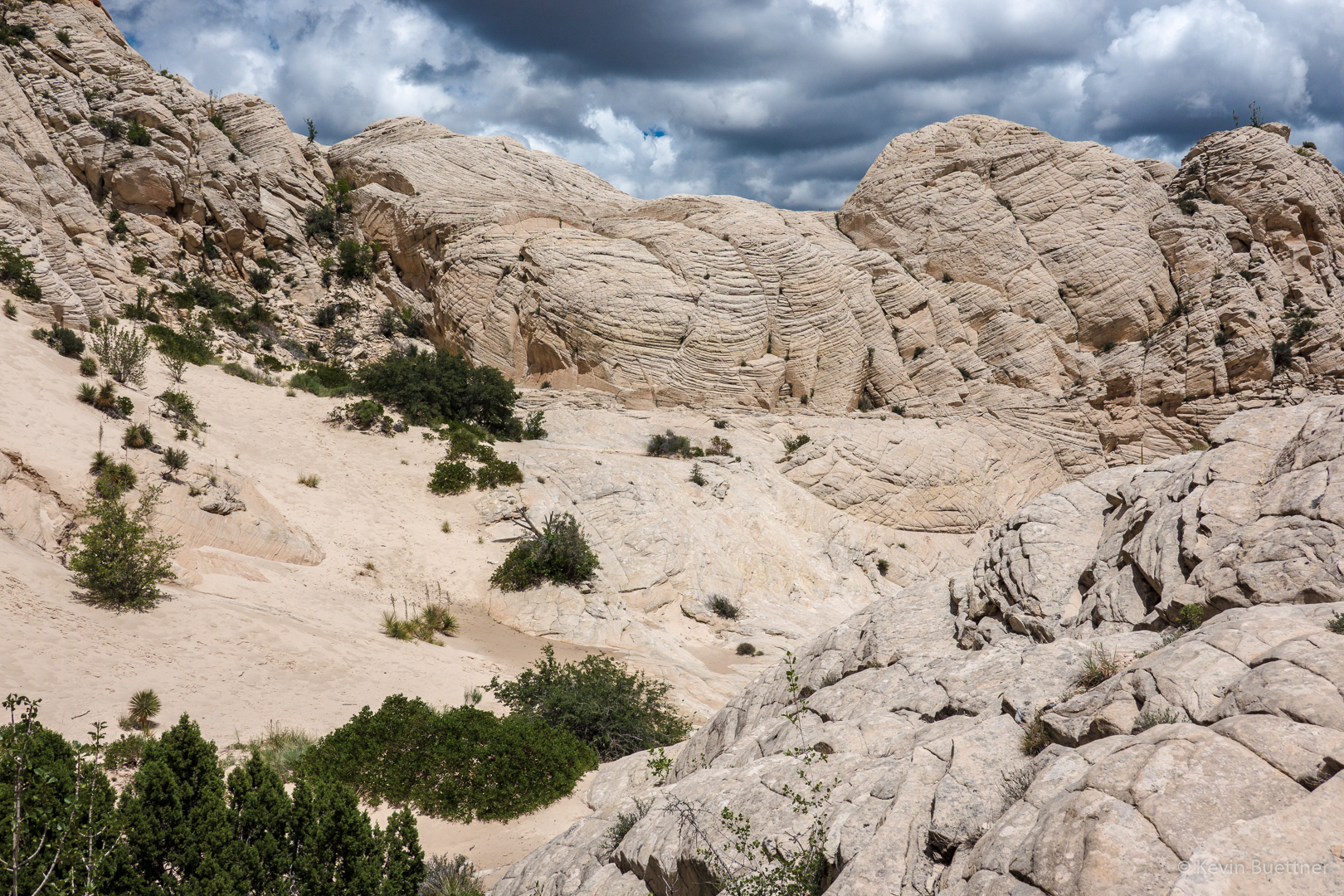 There was a small pool of water at the bottom; there’s a low barrier which helps keep water in the pool. 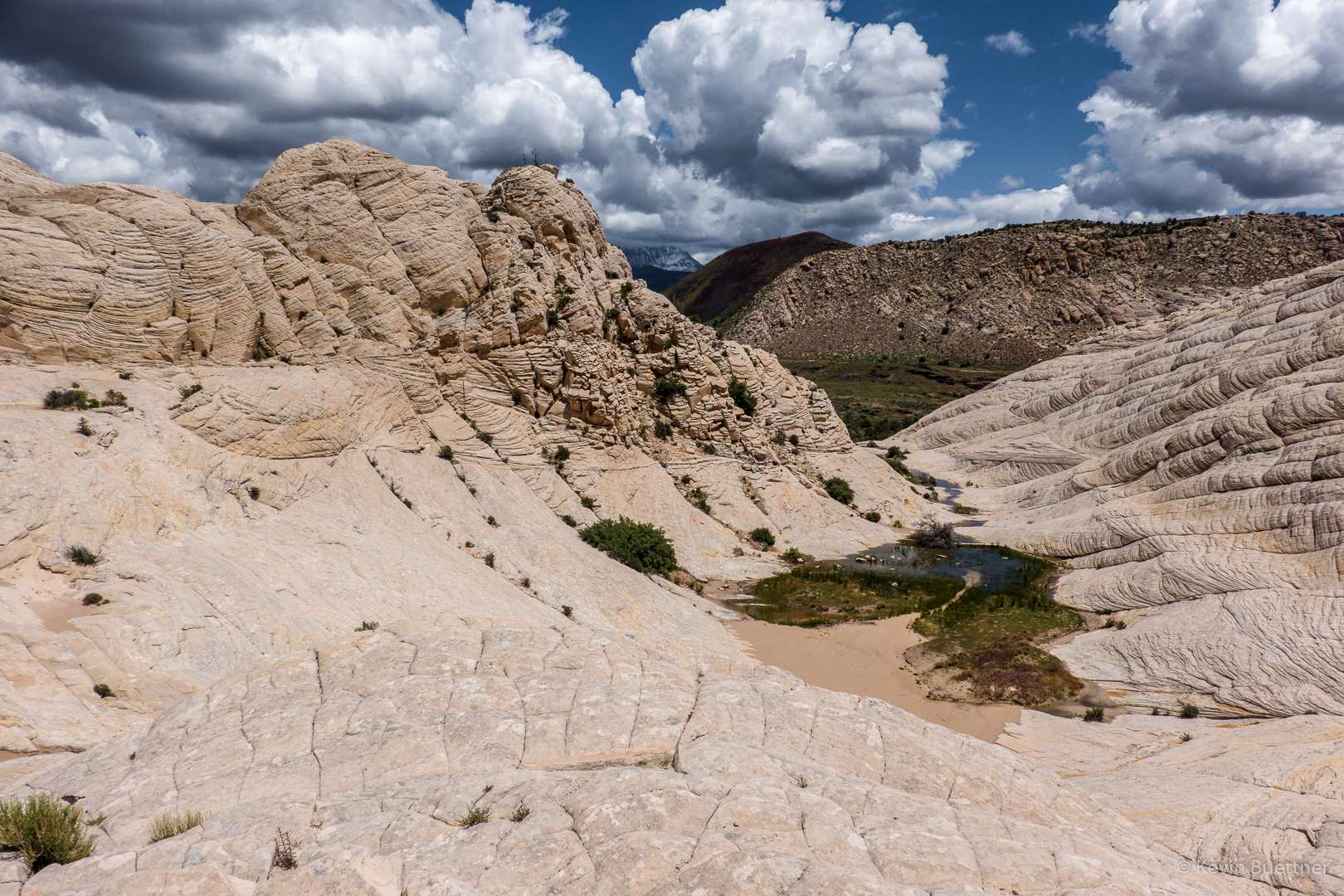 There were a lot of tadpoles in the pool! 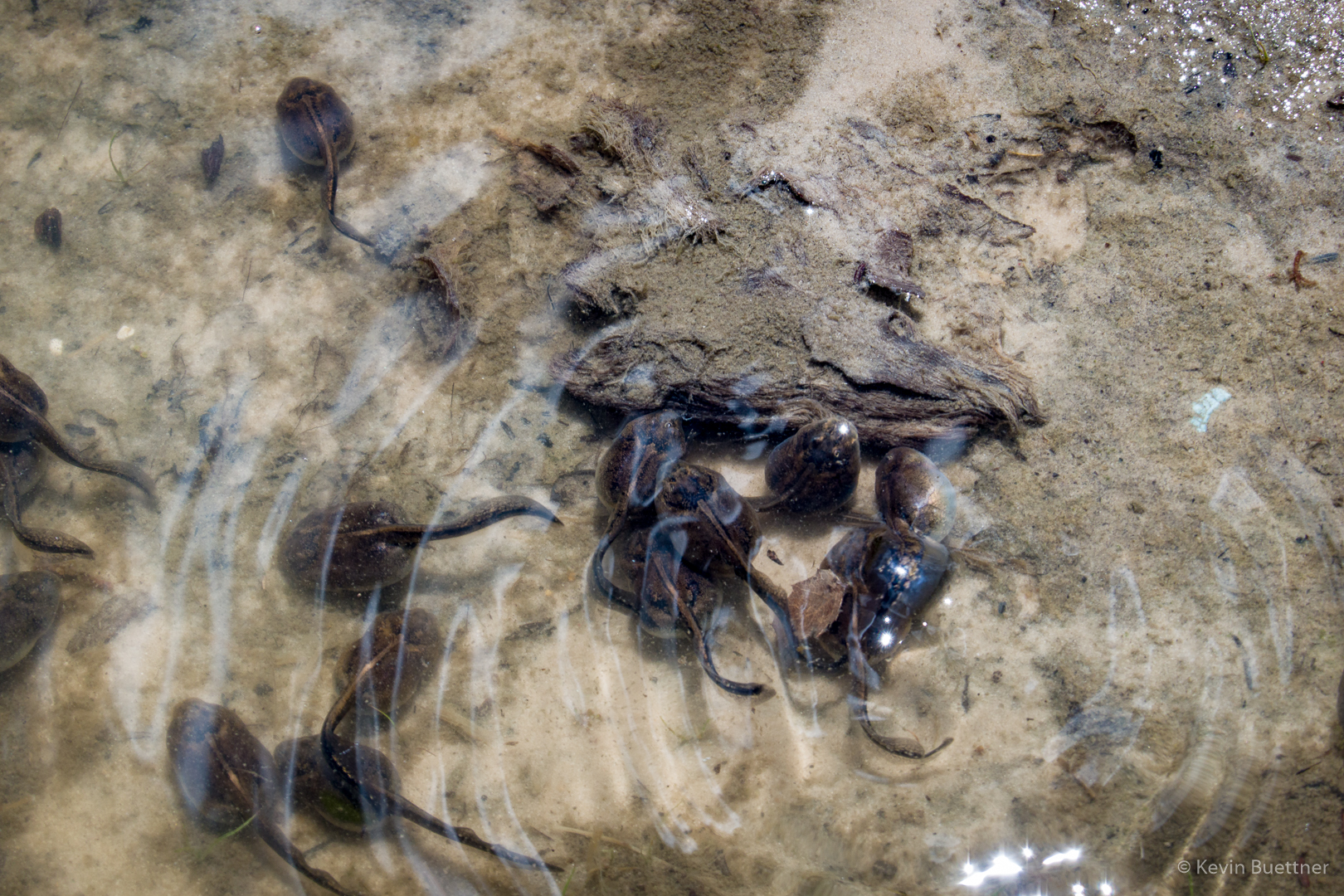 One last look back at the Amphitheater: 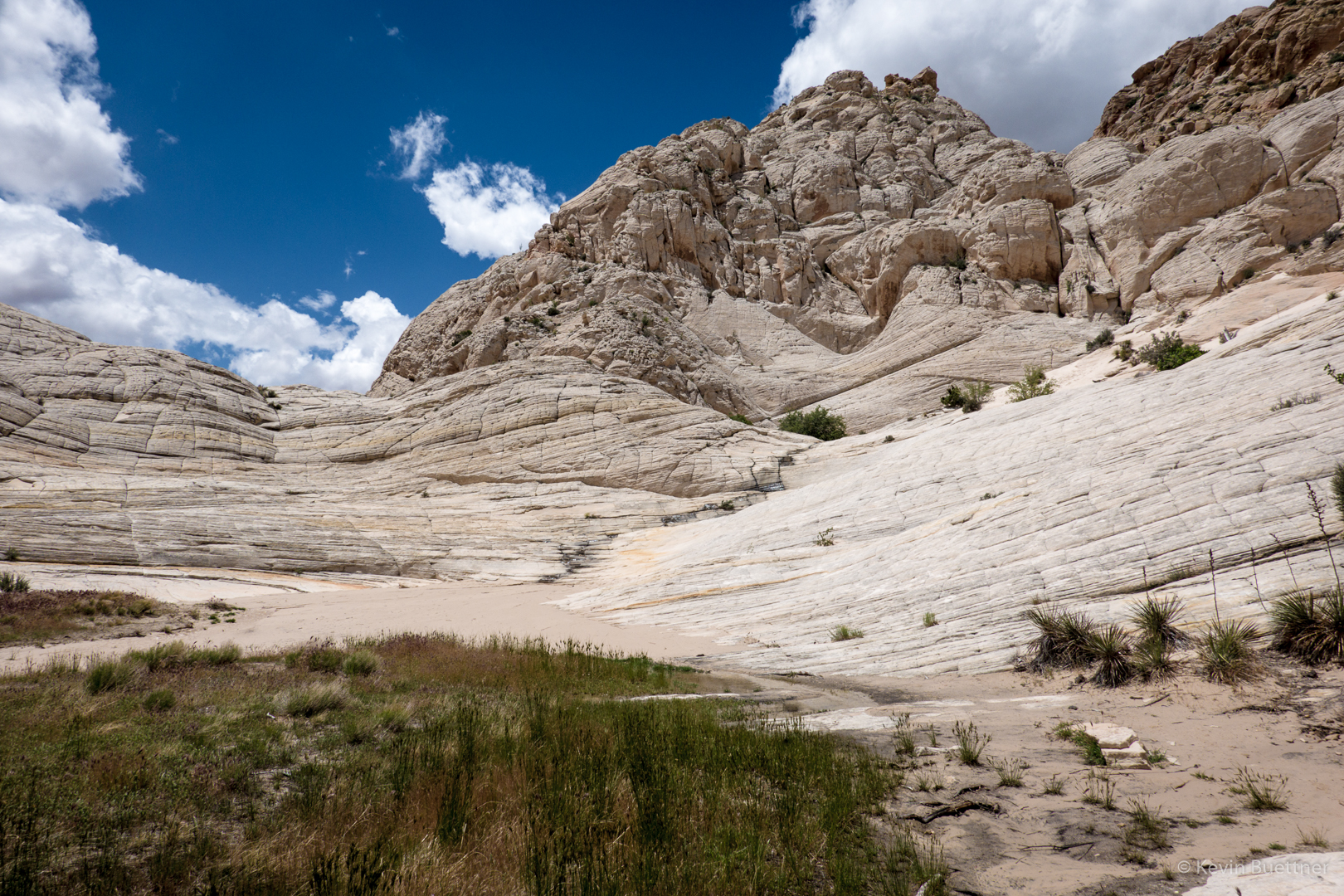 Kolob Canyons in the Fog and Rain