Mona, Sara, Gayle, Heather, Sunaree, Randy, and I hiked the Hog Heaven Loop. Total distance was only about four and quarter miles, but we gained over 1600 feet of elevation along the way.

We encountered this view shortly after topping out at the saddle at the top of Mesquite Canyon.  (I took photos of Mesquite Canyon, but it was mostly in the shade, so the photos weren’t especially compelling.) 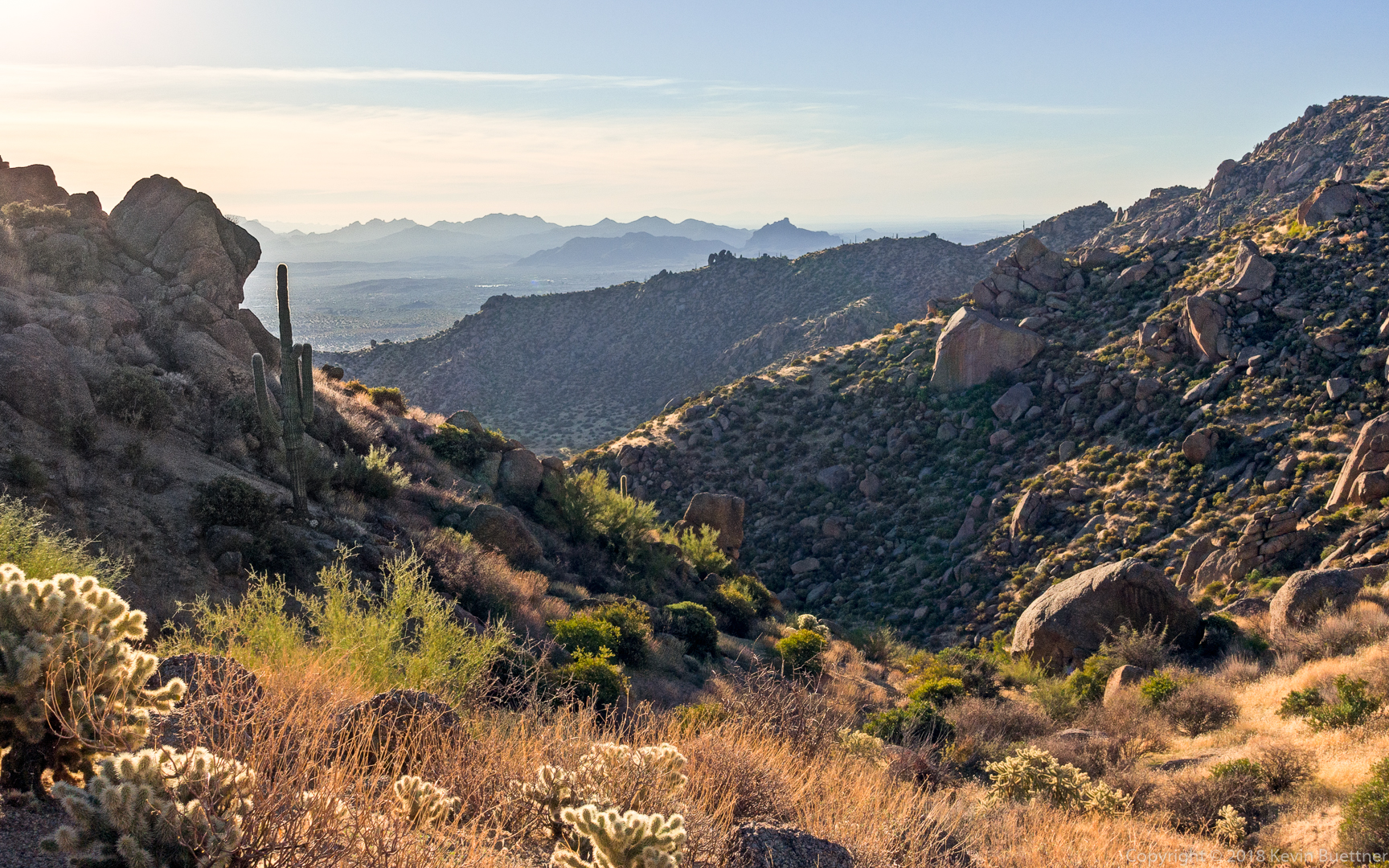 We saw this small hook-shaped pinnacle a short while later: 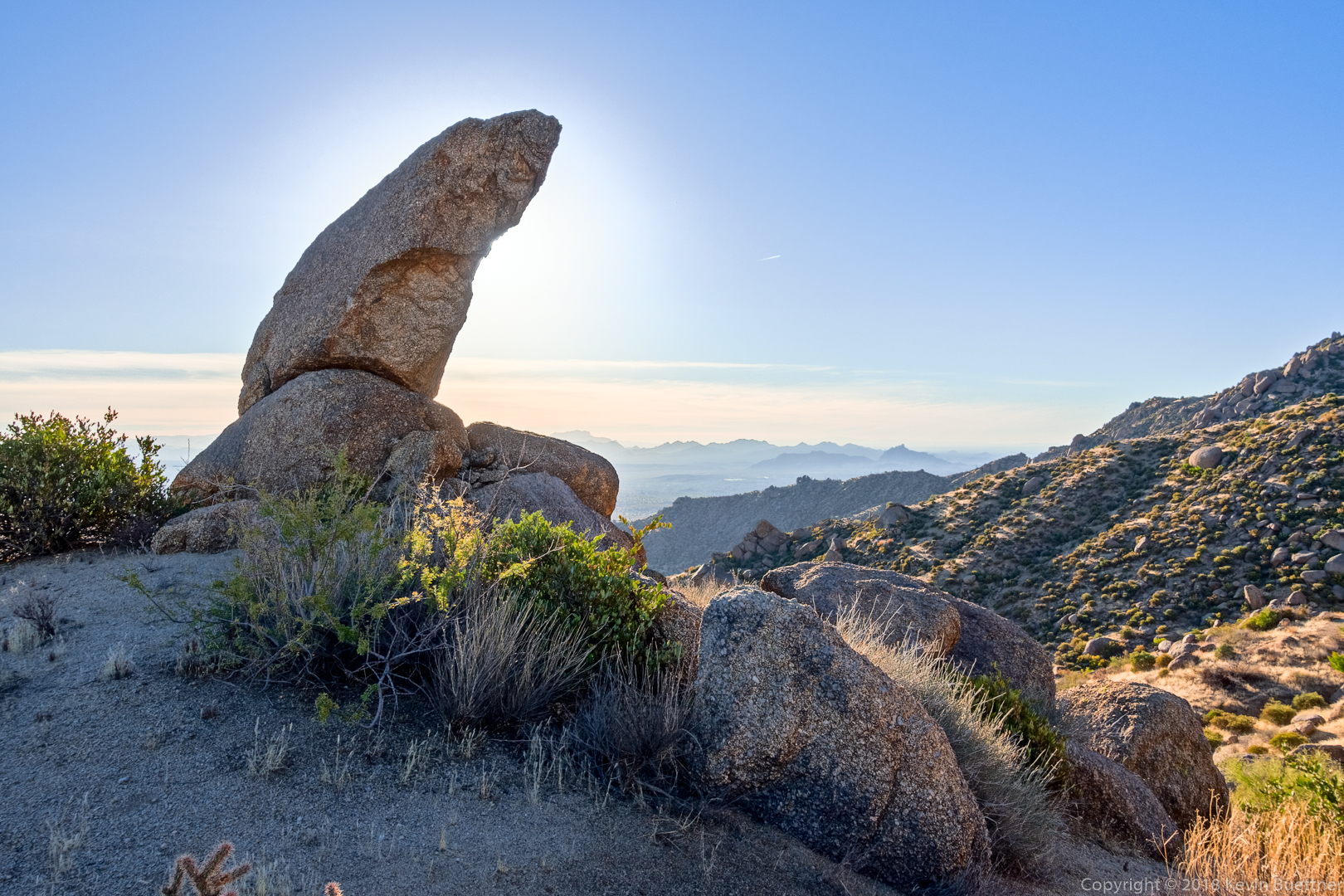 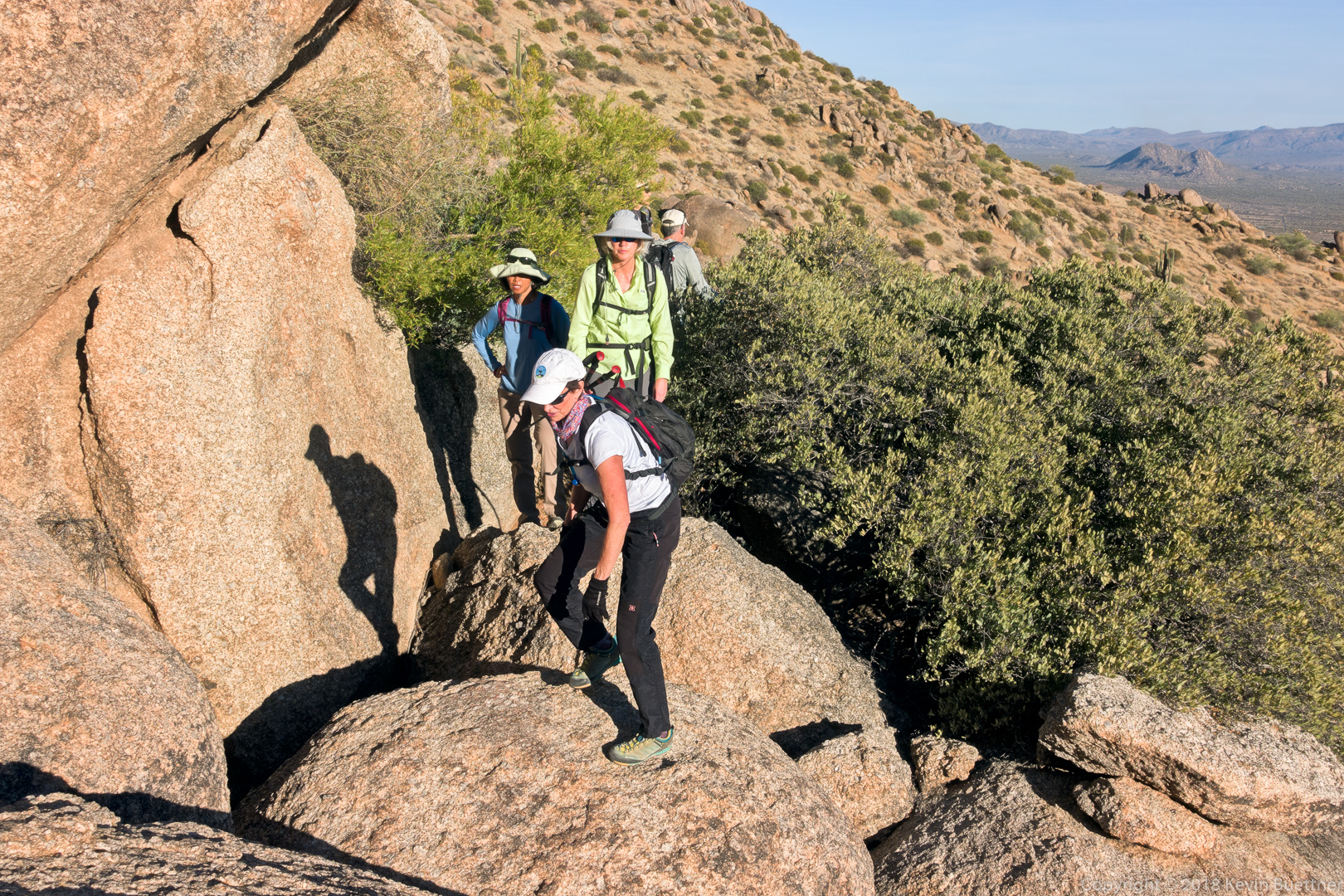 The group makes their way up to the base of Hog Heaven (which is out of view above Heather): 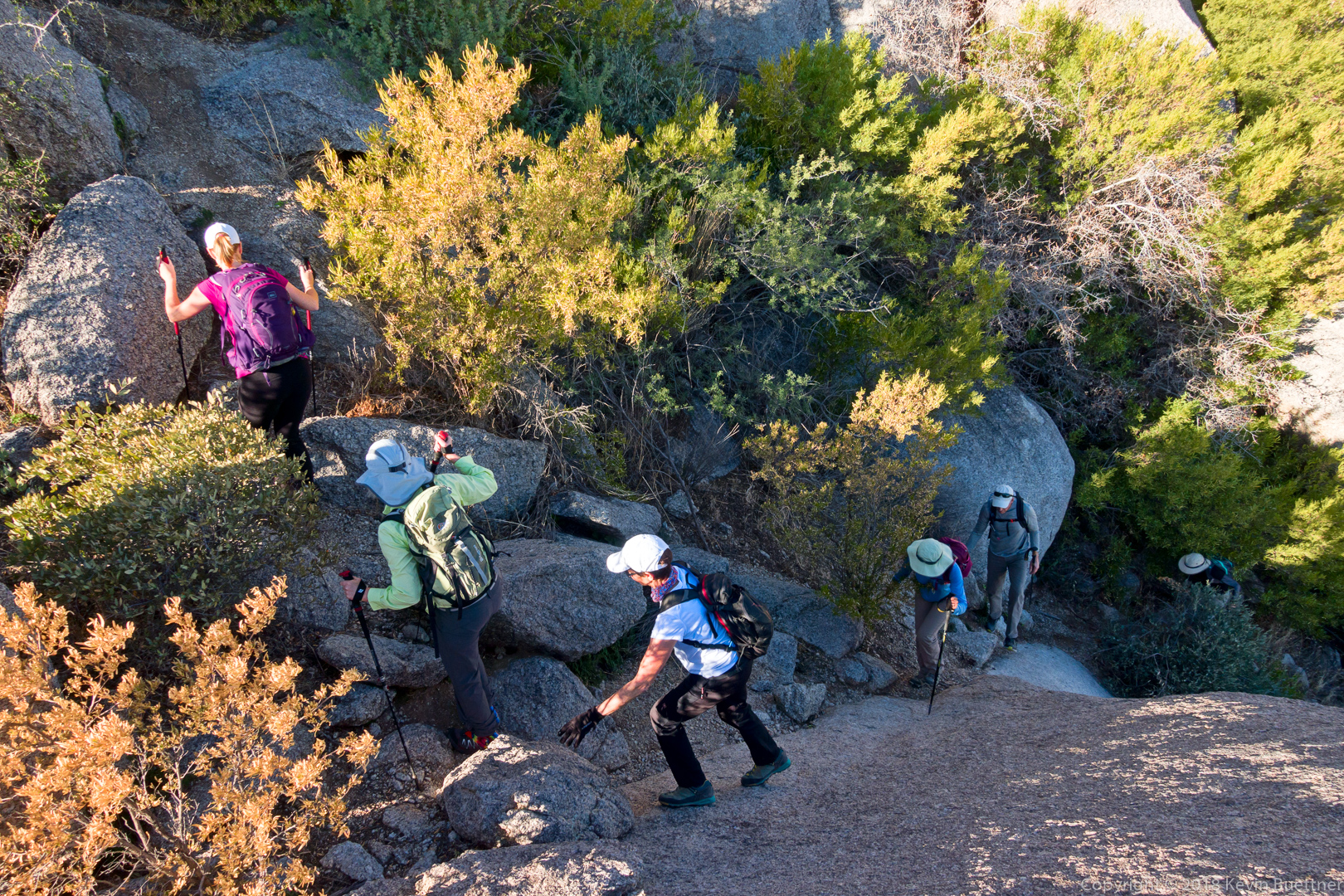 The rock wall behind the group is the main wall of the Hog Heaven climbing area: 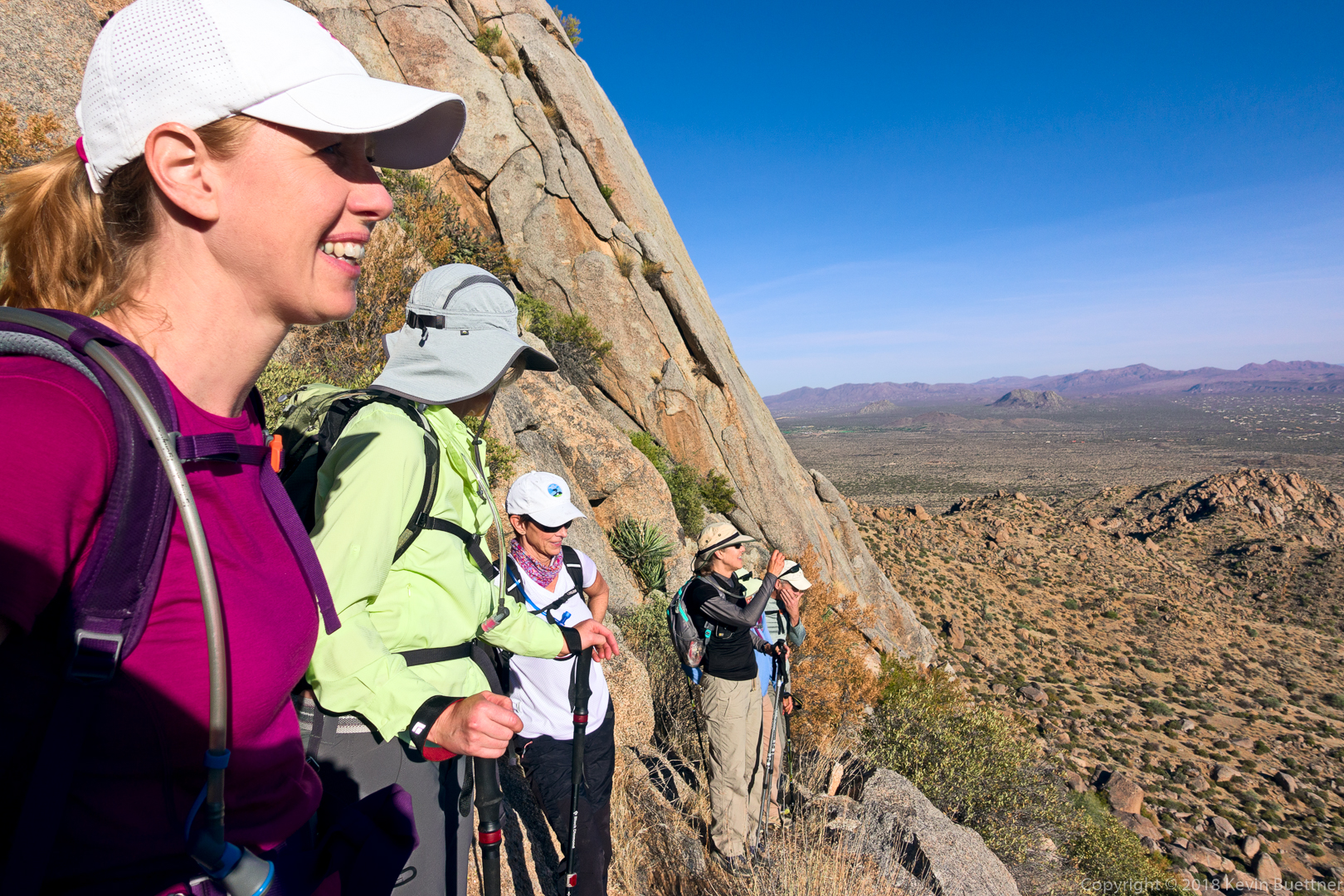 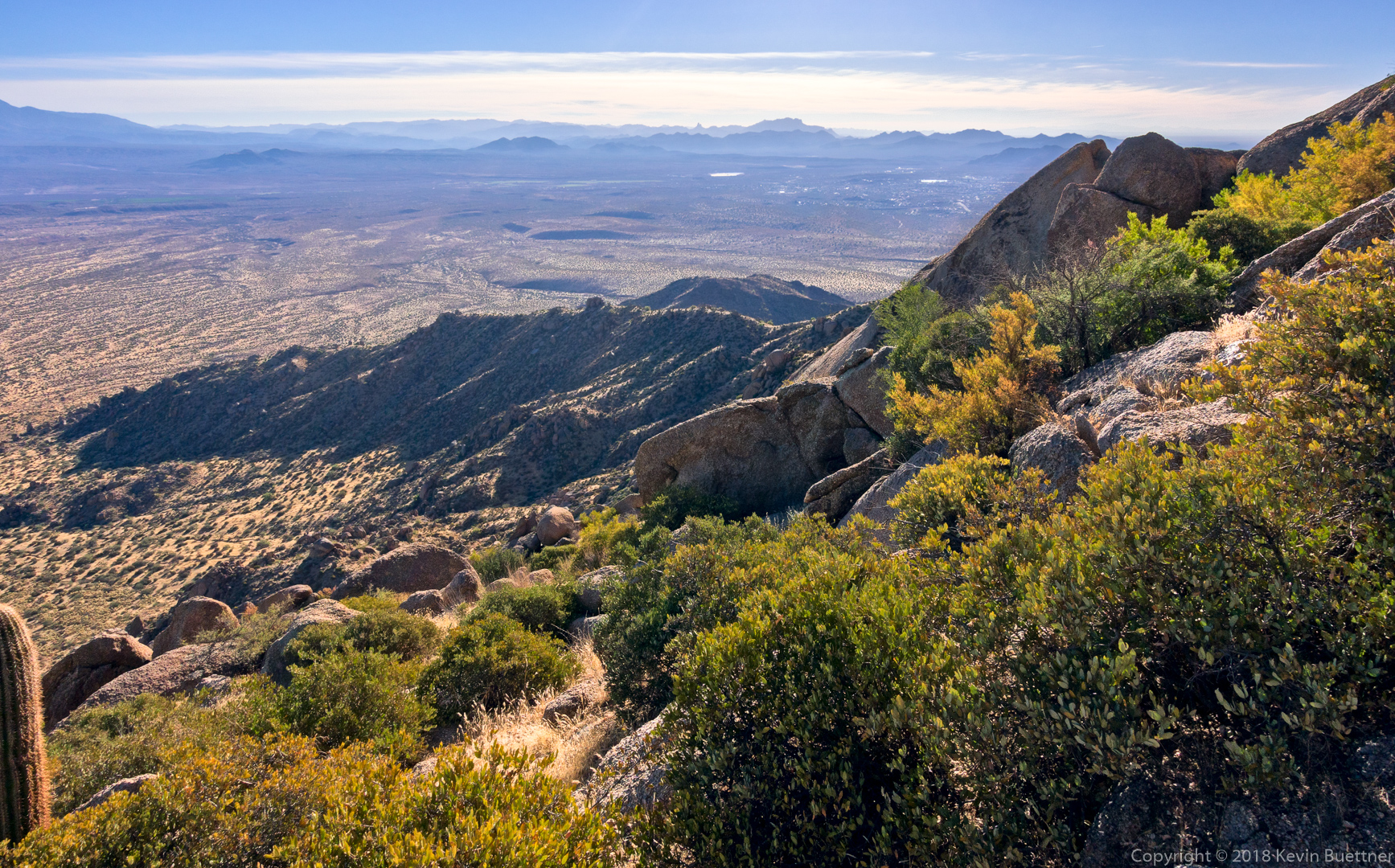 Heather and Sara make their way up a section of granite while Gayle and Mona look on: 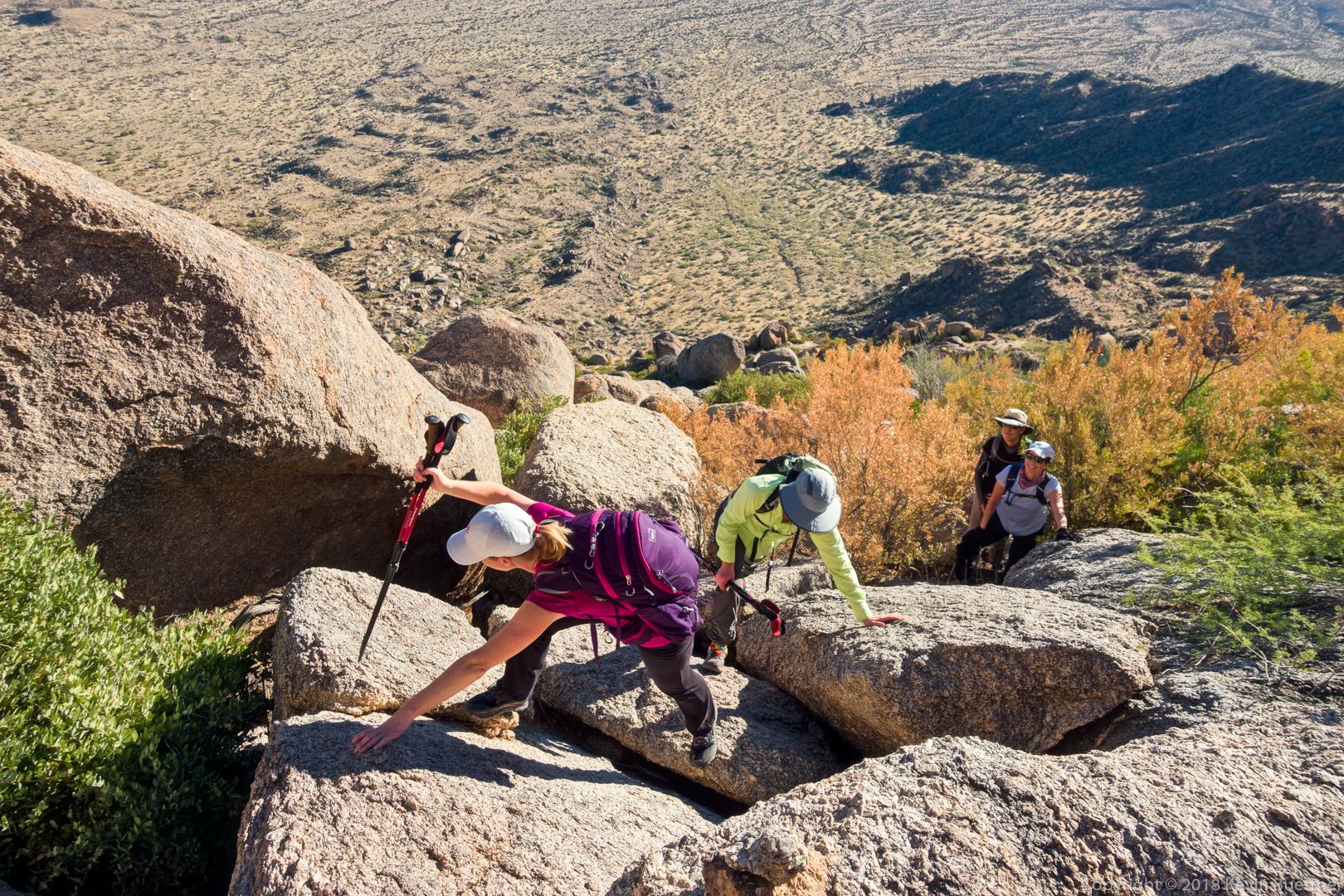 This is one of the scrambles between Hog Heaven and the Thumbnail Pinnacle.  We’re definitely on the right route – note the cairn: 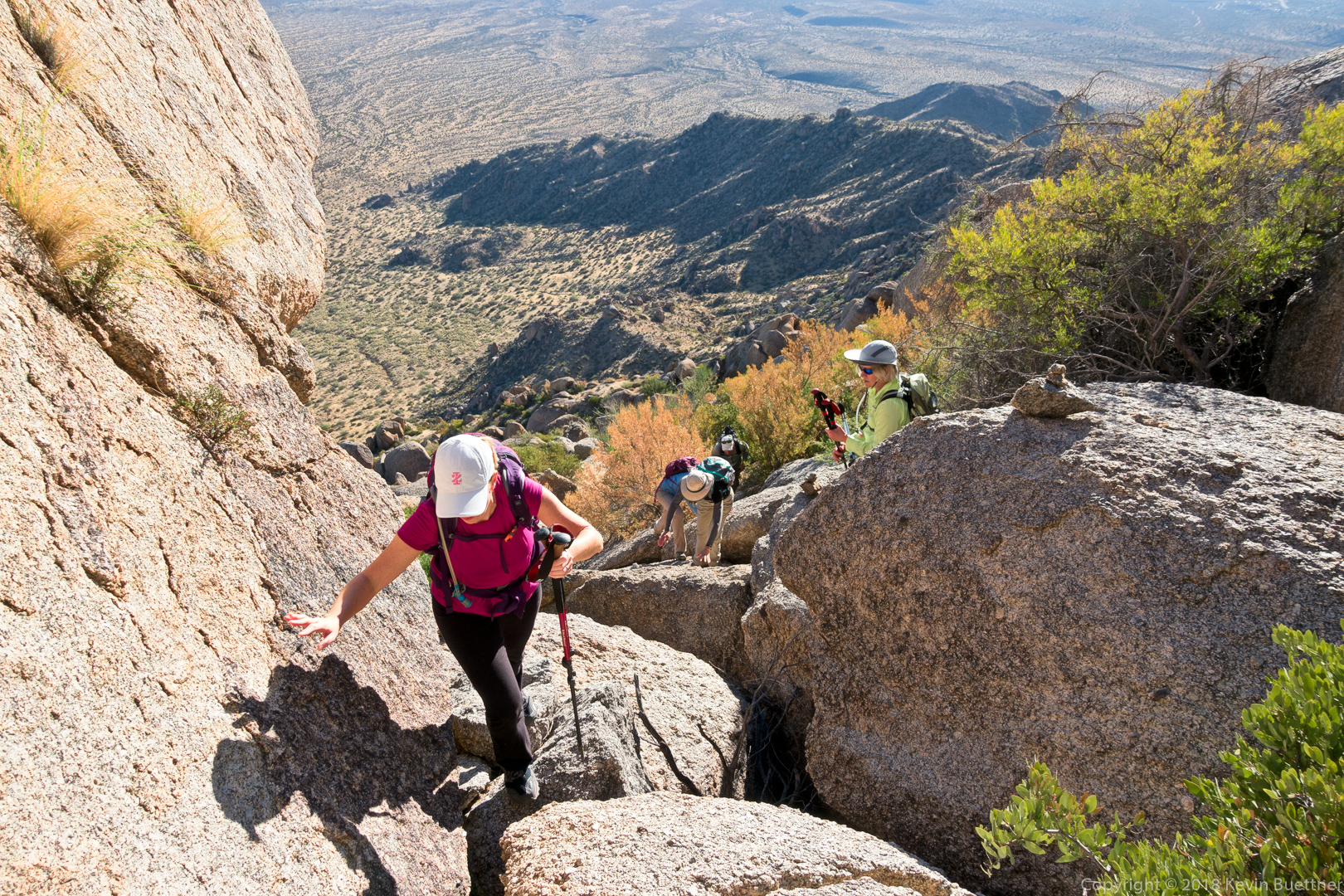 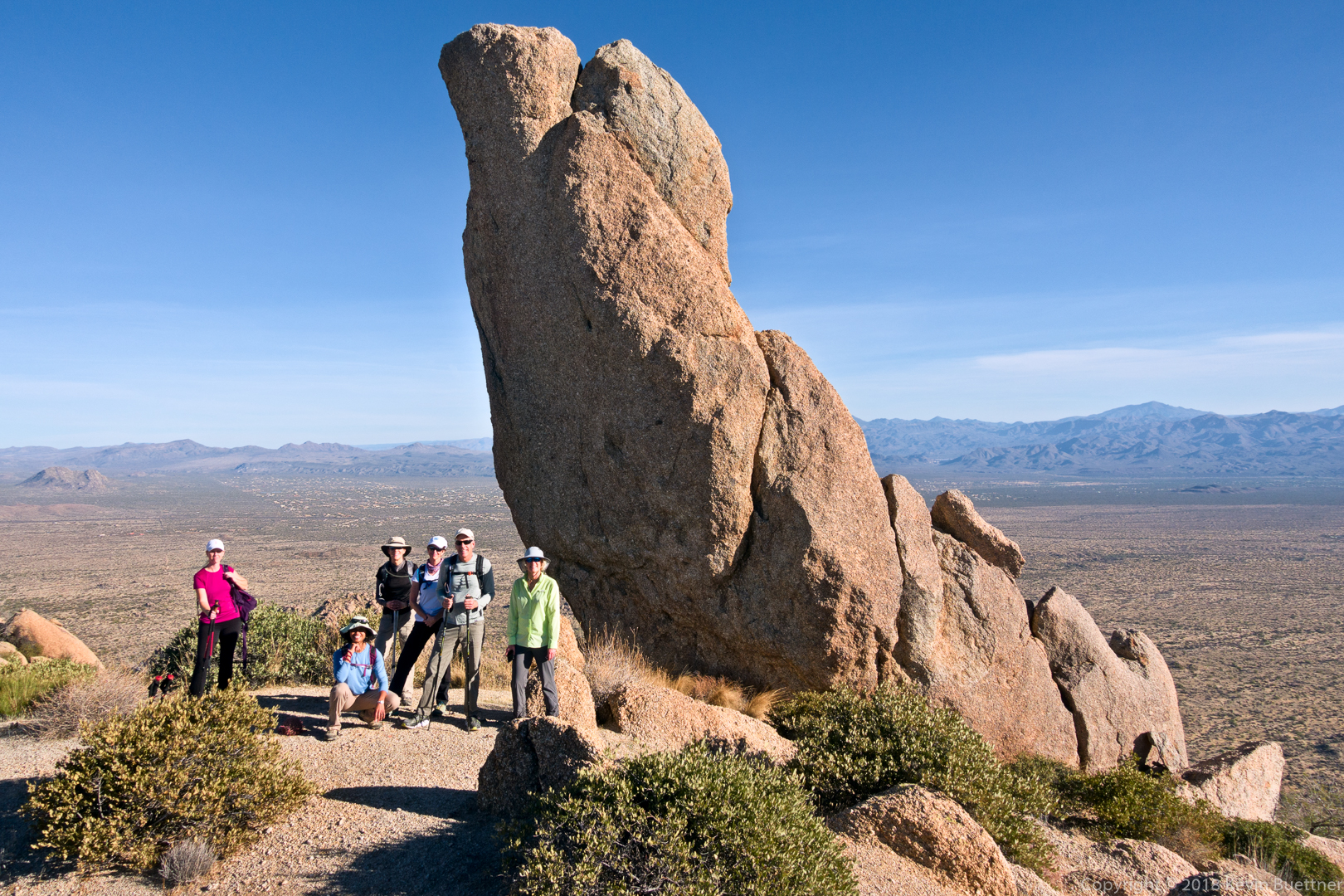 Looking back down at the Thumbnail Pinnacle: from nearly every other vantage point, the hooked shape is clearly evident. But at this point it looks like a straight up and down spire. 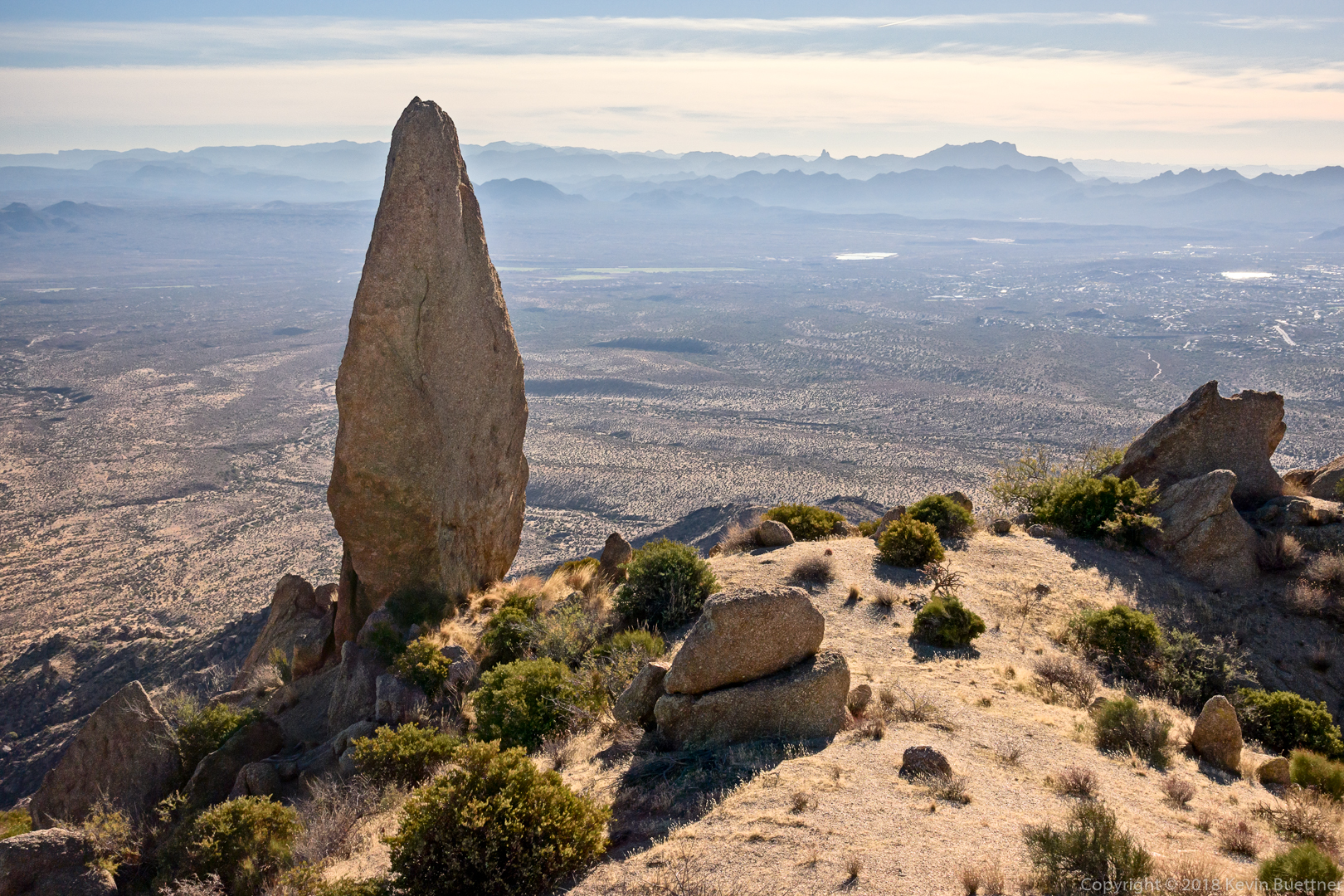 Sara and Heather make their way along the northeast side of the ridge. 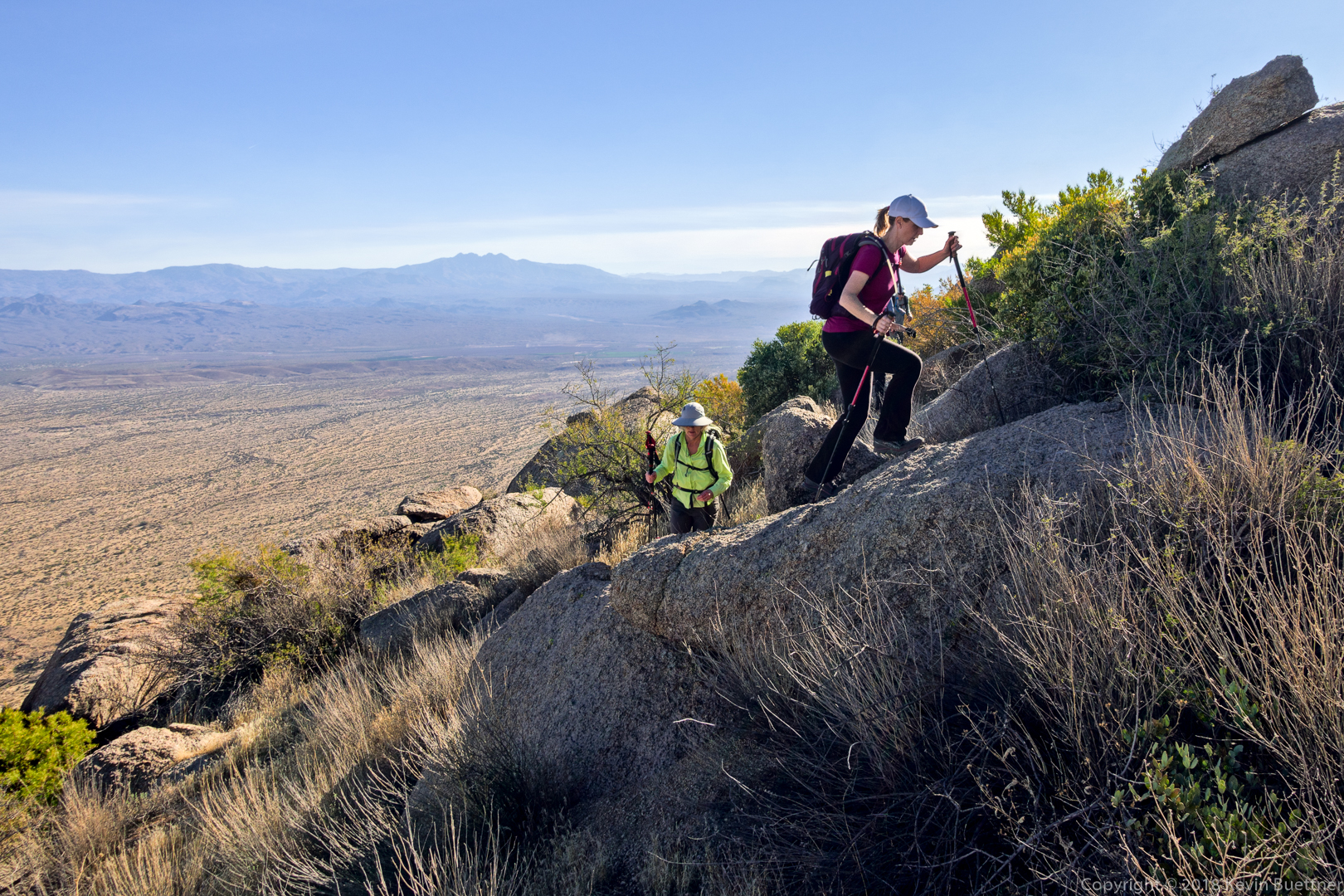 This the part of the loop that I like the least.  The section from where Randy is standing down to where Mona has made it is steep and loose. Thankfully, there’s a bush to stop you if you should slip. It’s probably easier if you slide down it on your butt, but I never do it that way. 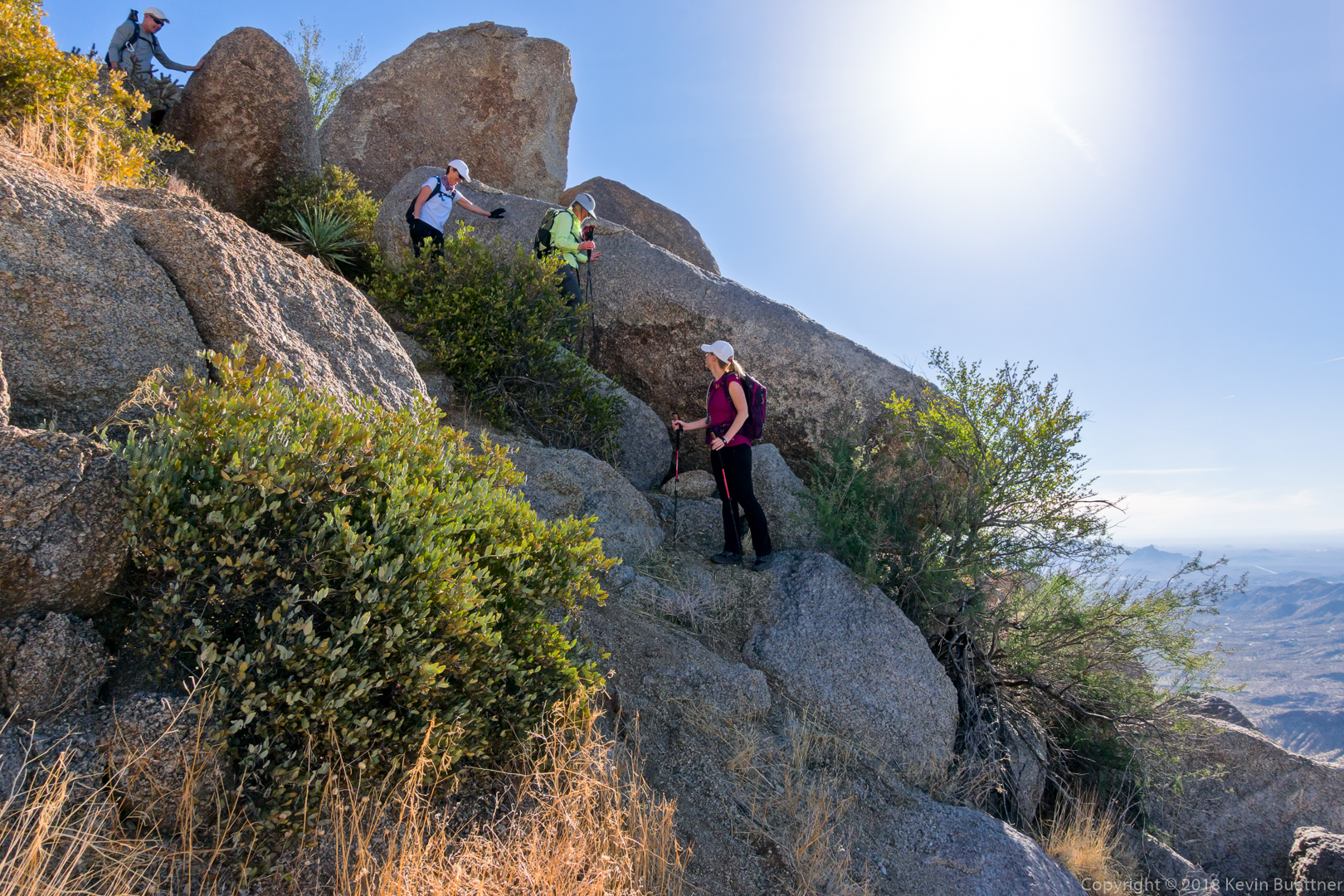 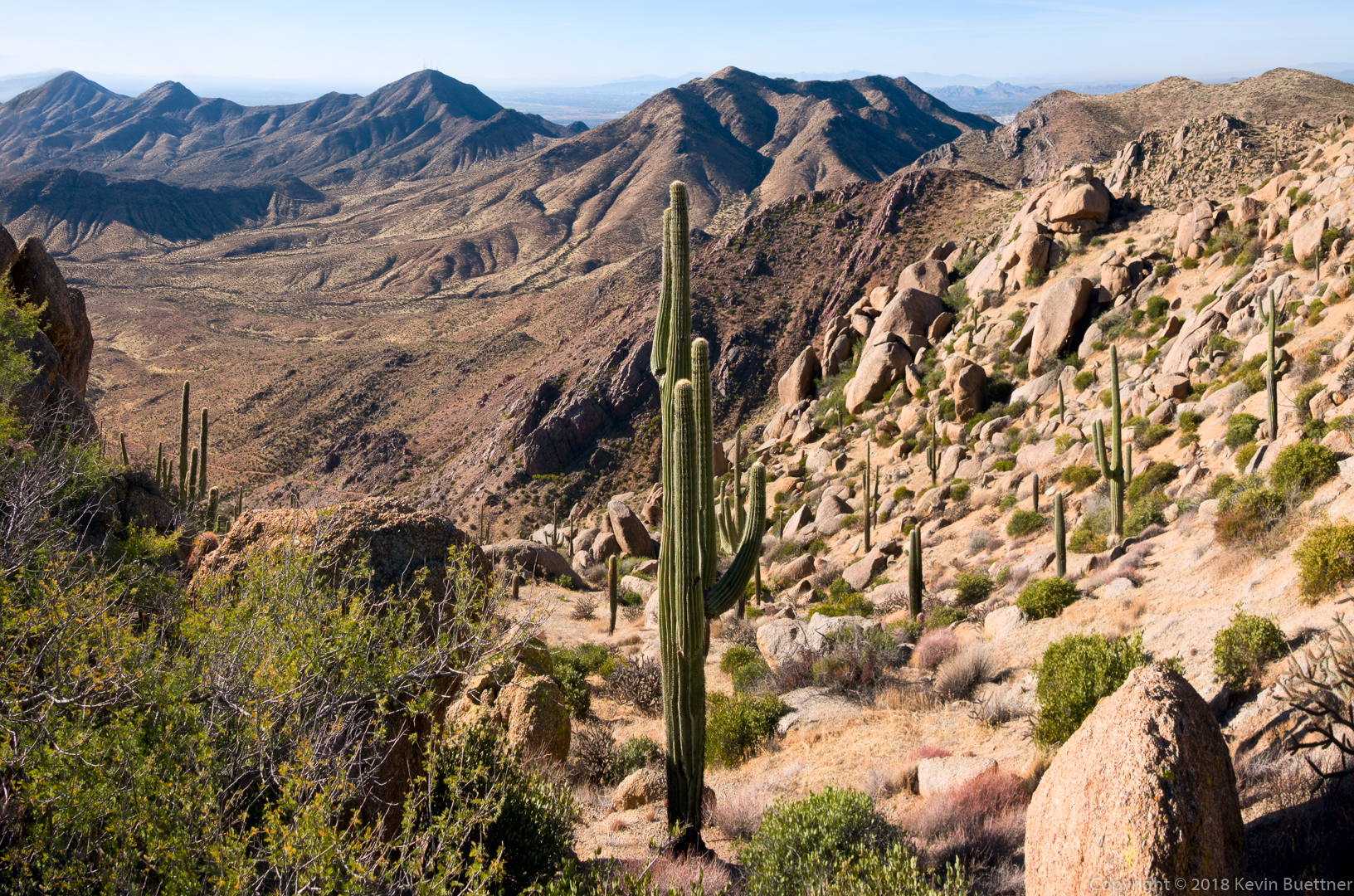 Sara and Sunaree at the highest point in the McDowells.  Sunaree is signing the summit register. 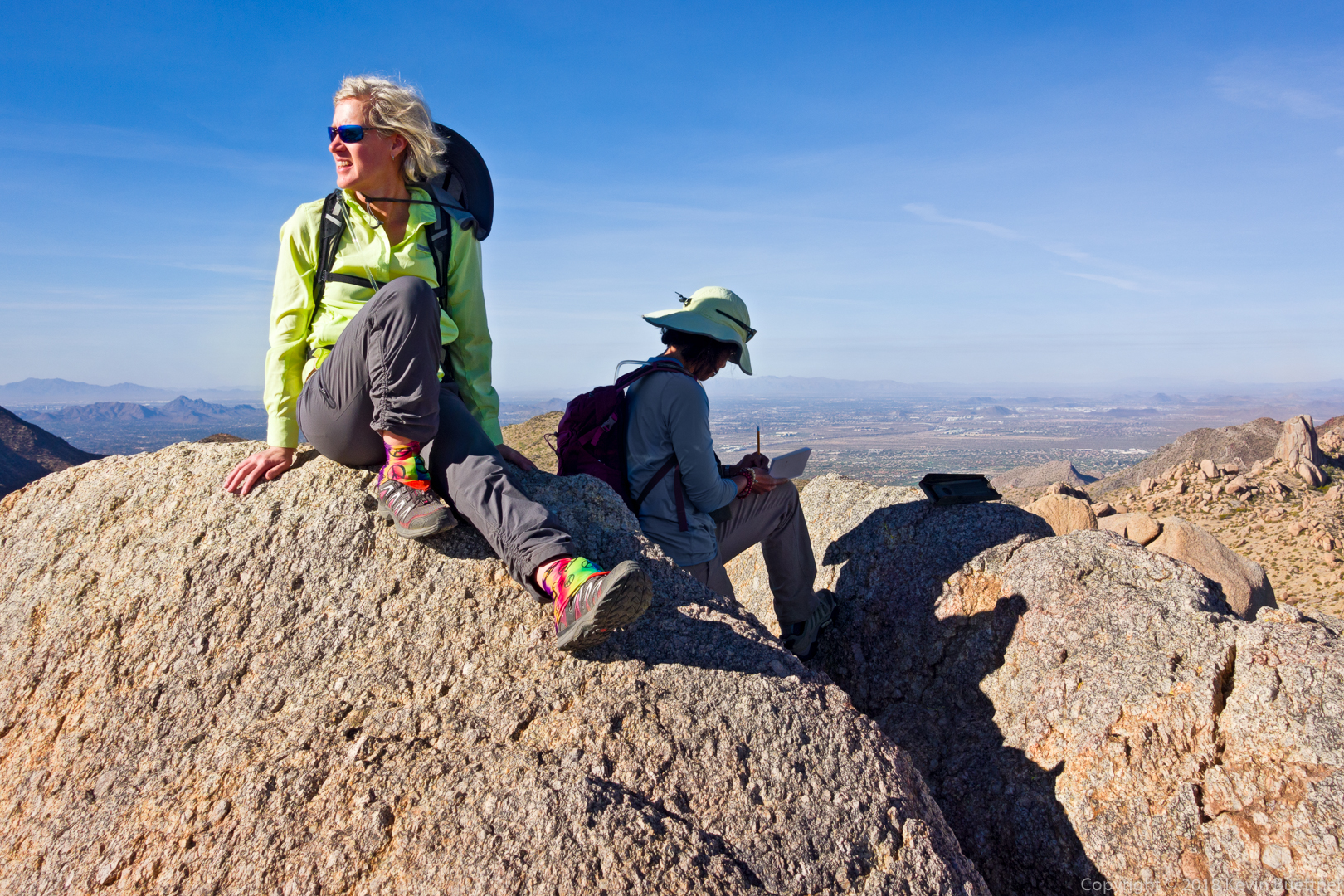 Descending the climber’s access Trail from the East End: 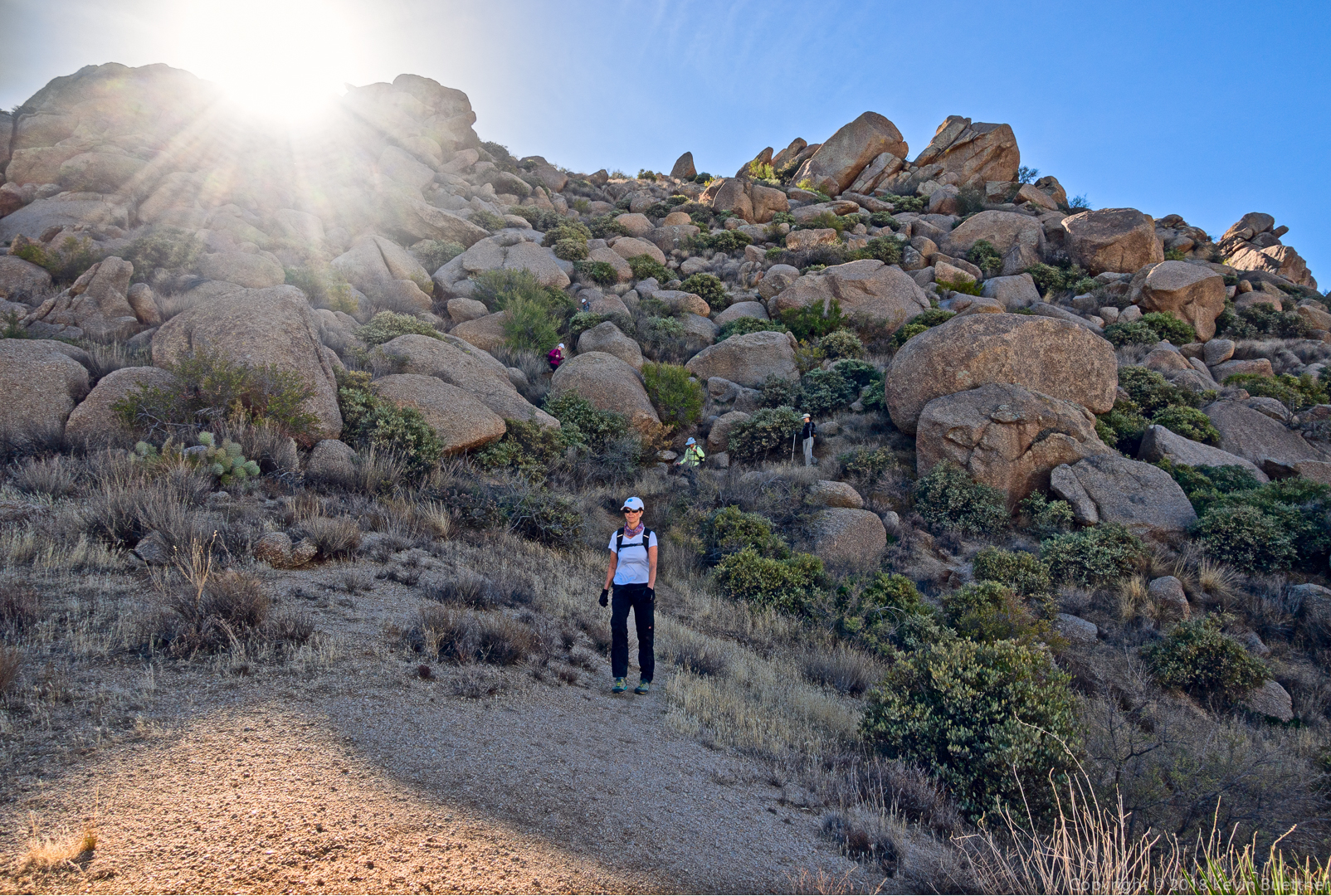 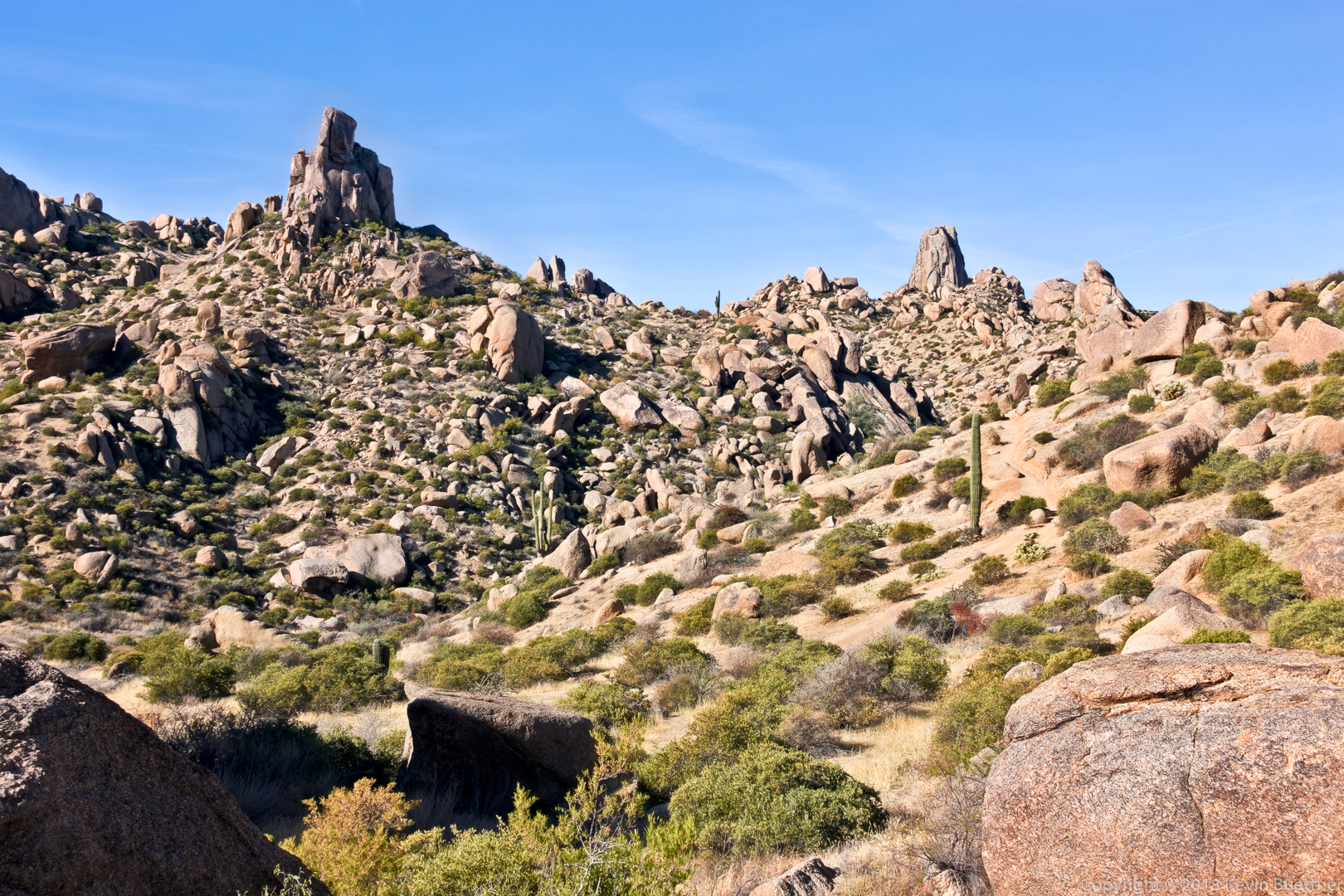 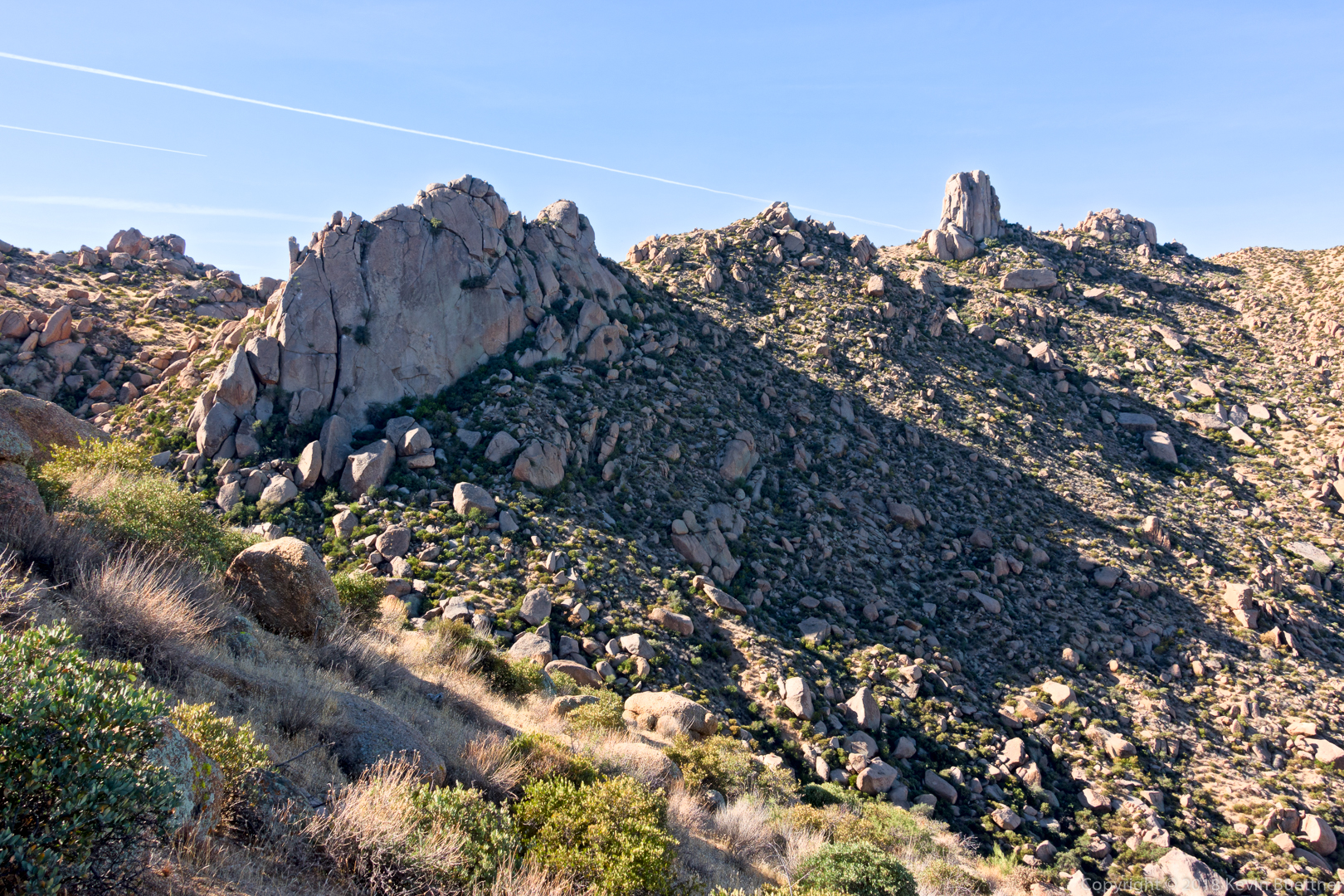 When the hike was done, I added on nearly seven more miles by hiking into McDowell Mountain Regional Park. If you look closely at the photo below, you can see the Thumbnail Pinnacle.  It looks very small from here. 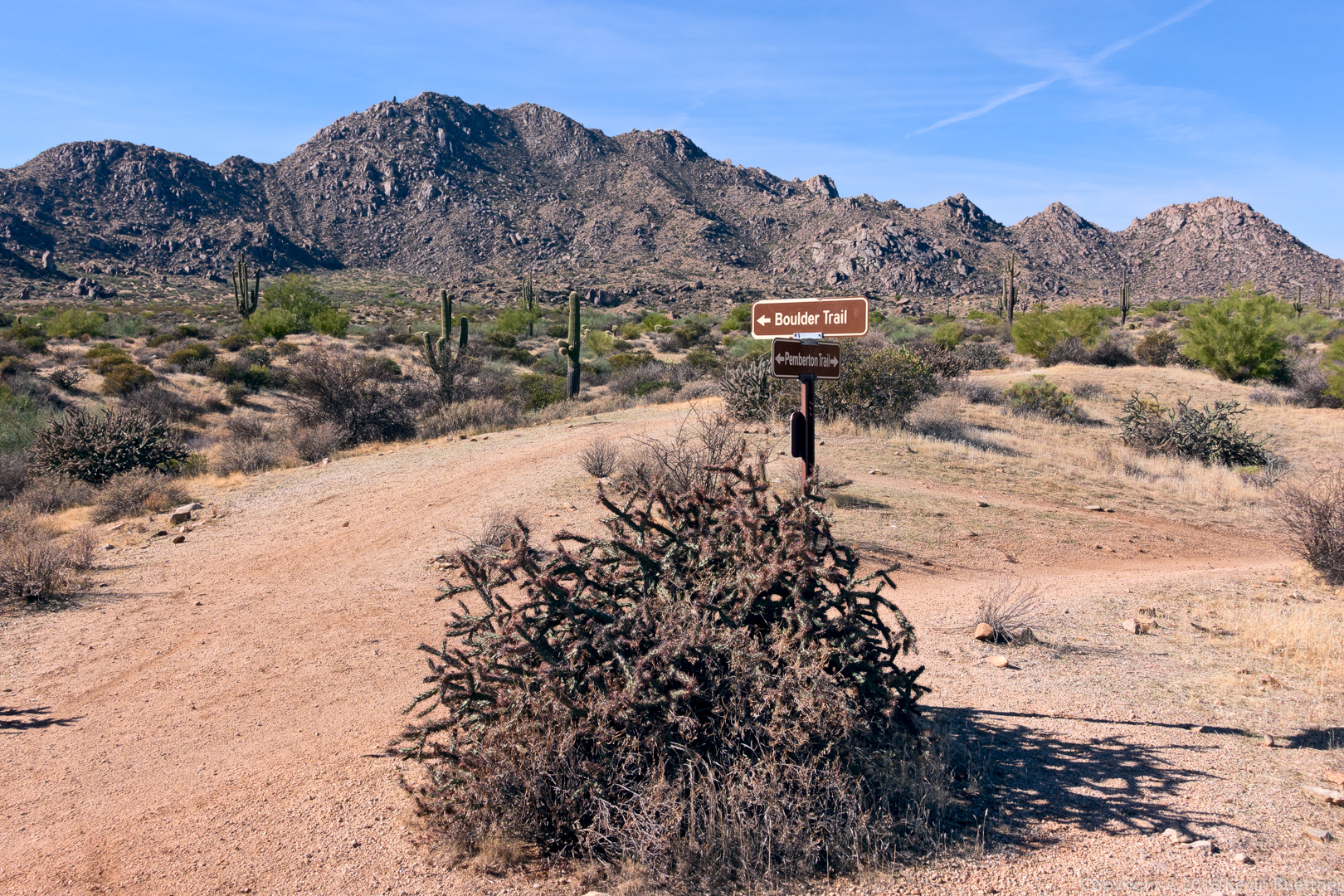 This is a view of Rock Knob from the Pemberton Trail: 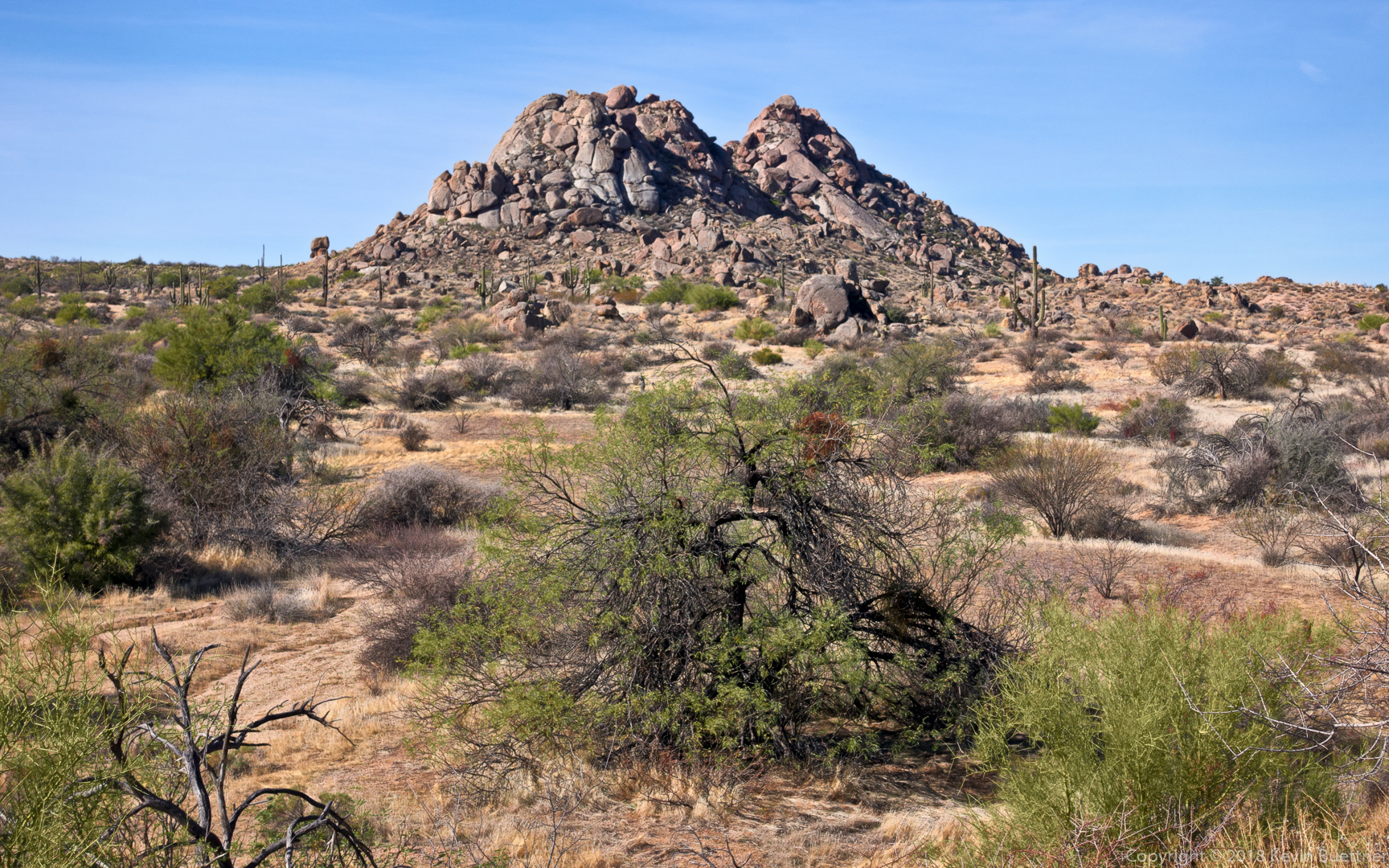