A view from the parking lot prior to starting the hike: 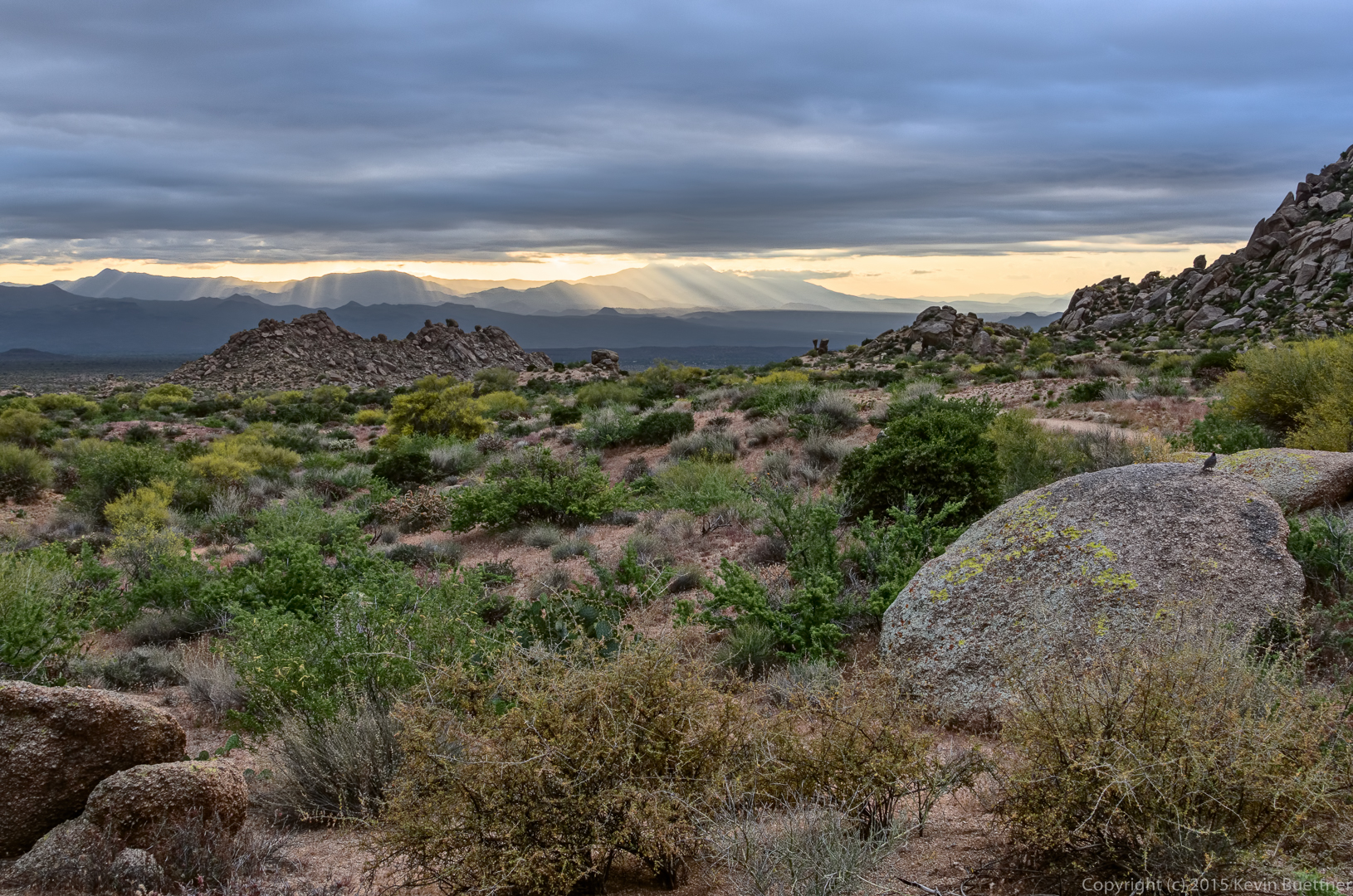 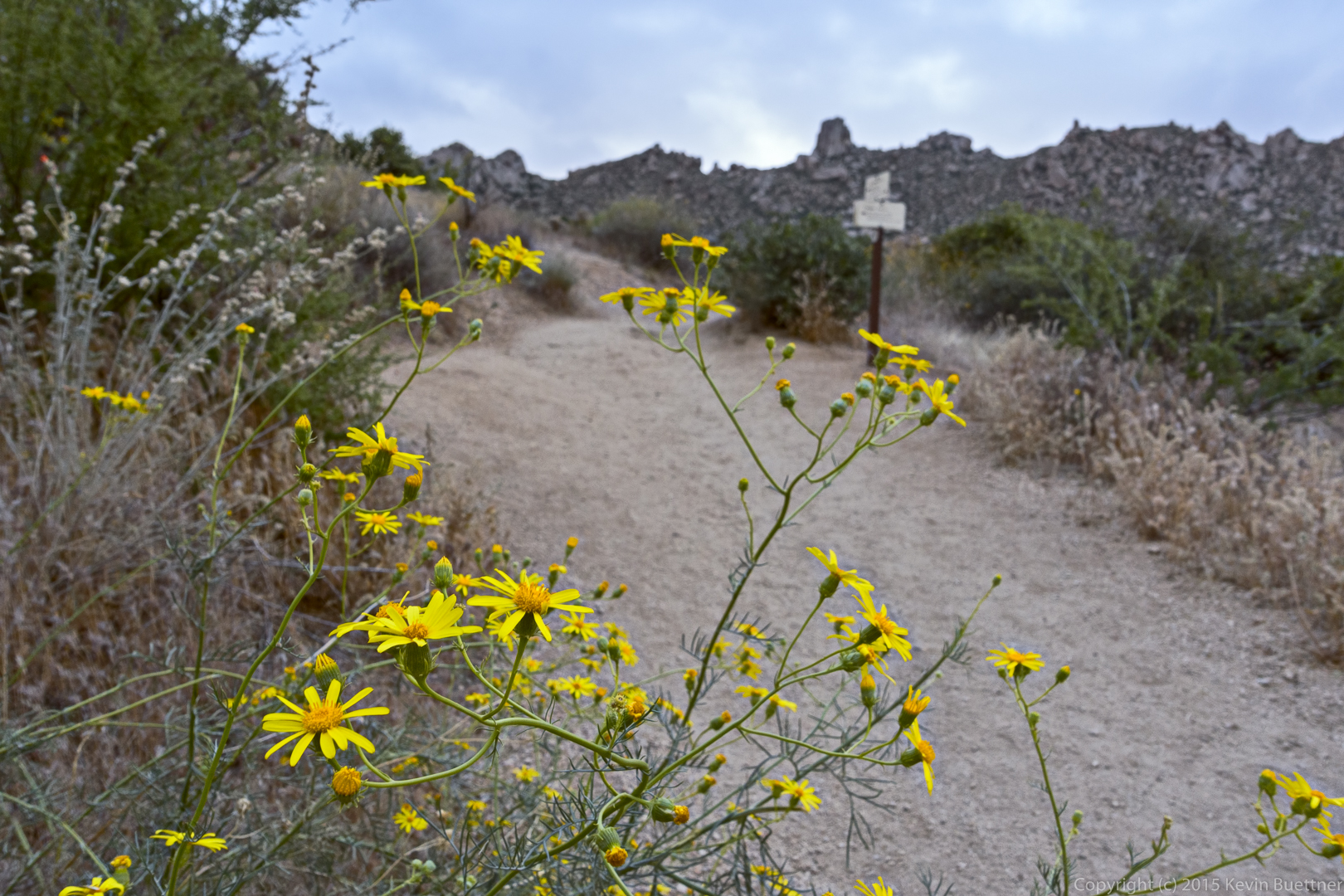 This is the view to the east as we hiked up the Tom’s Thumb Trail: 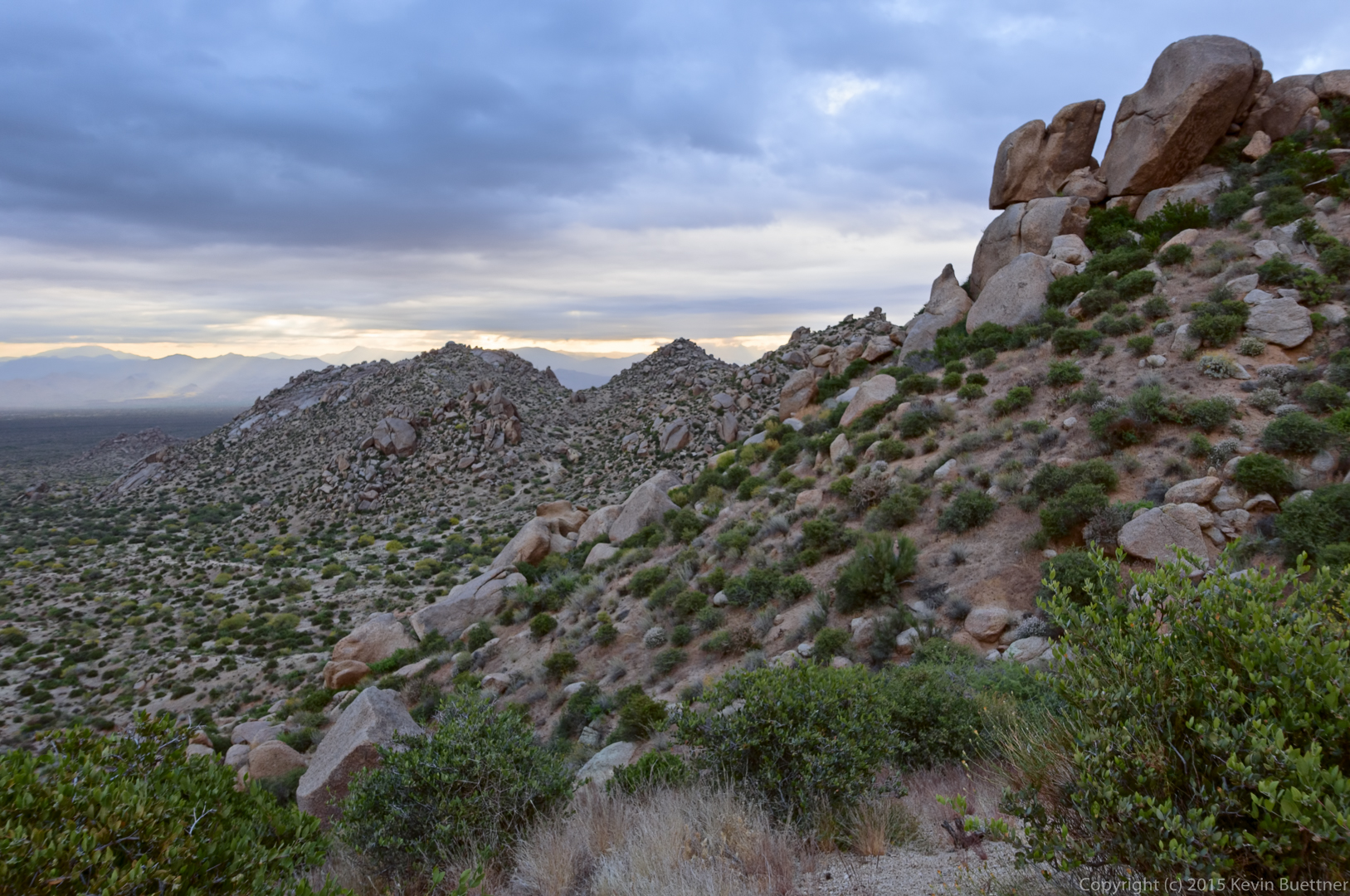 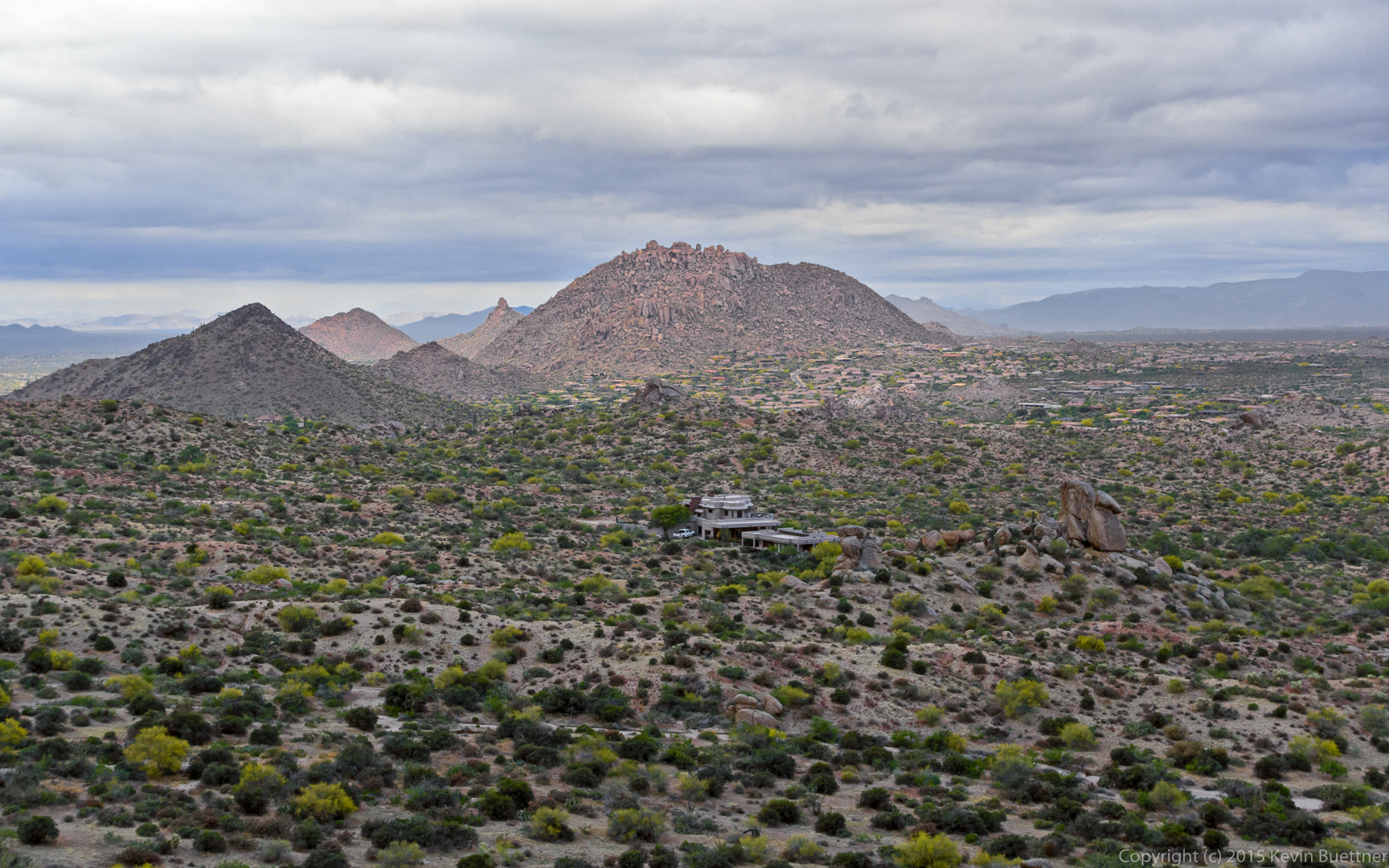 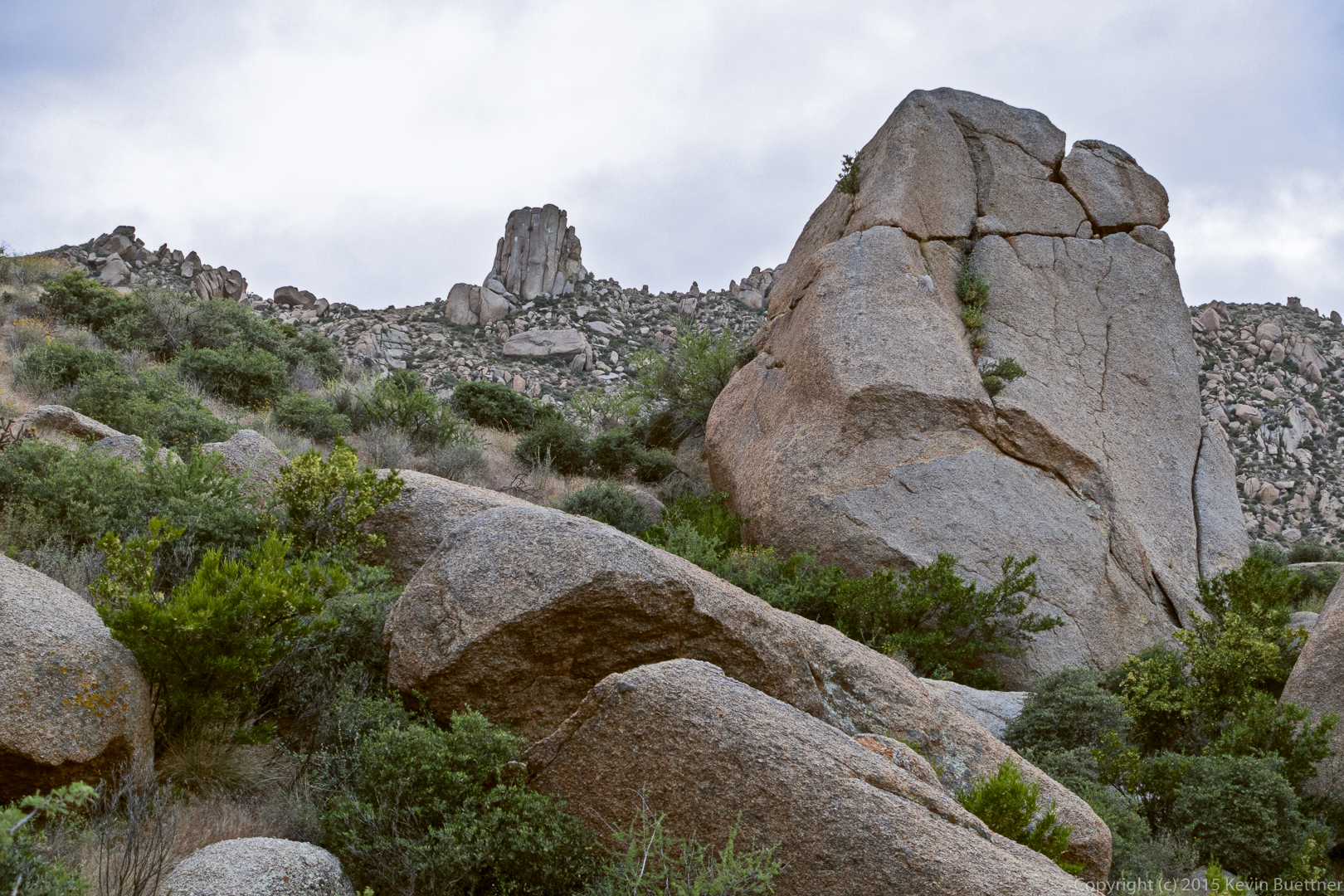 Janet, Linda, and Bob wait for me while I use my camera: 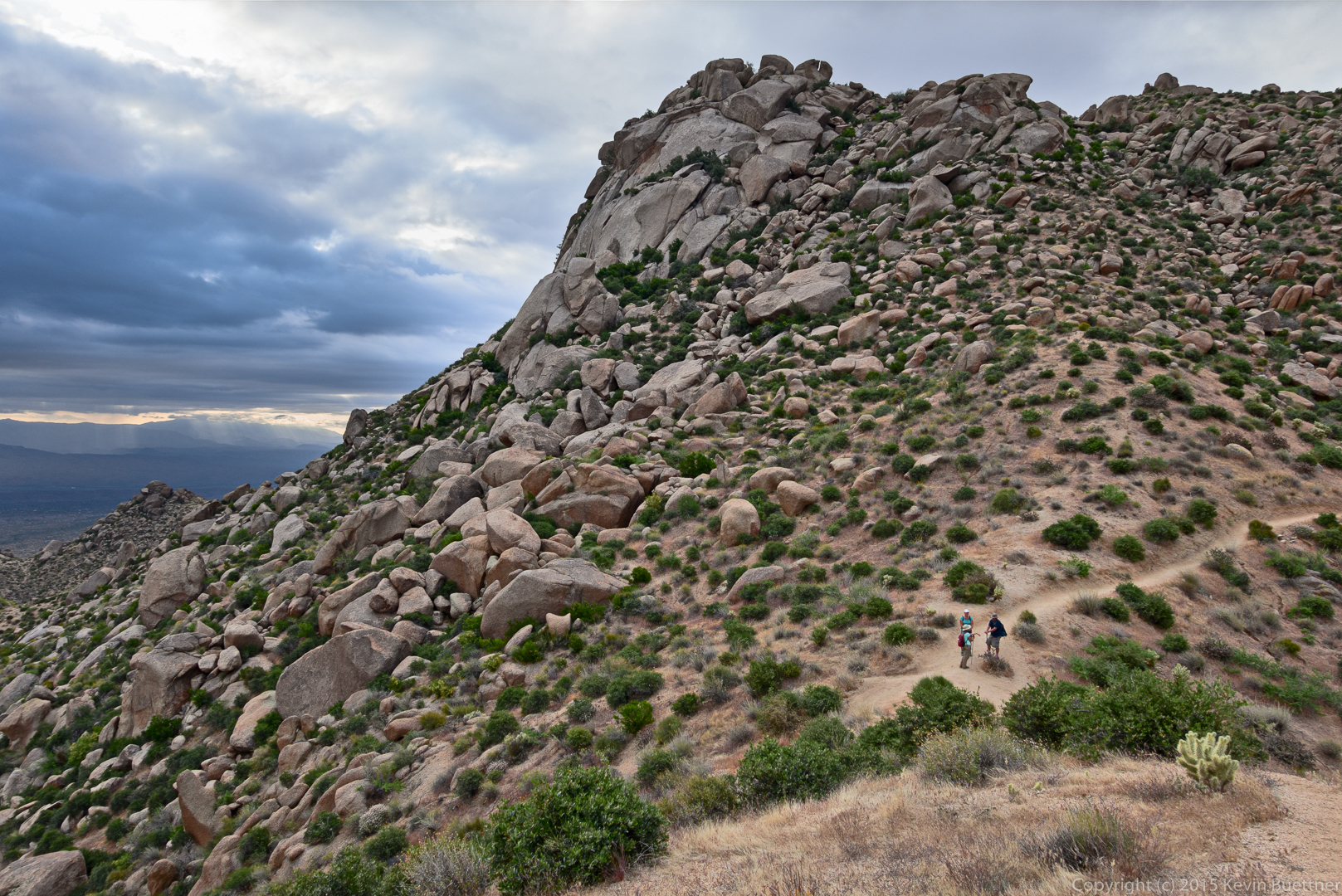 Another view of Tom’s Thumb as we start making our way towards Gardener’s Wall: 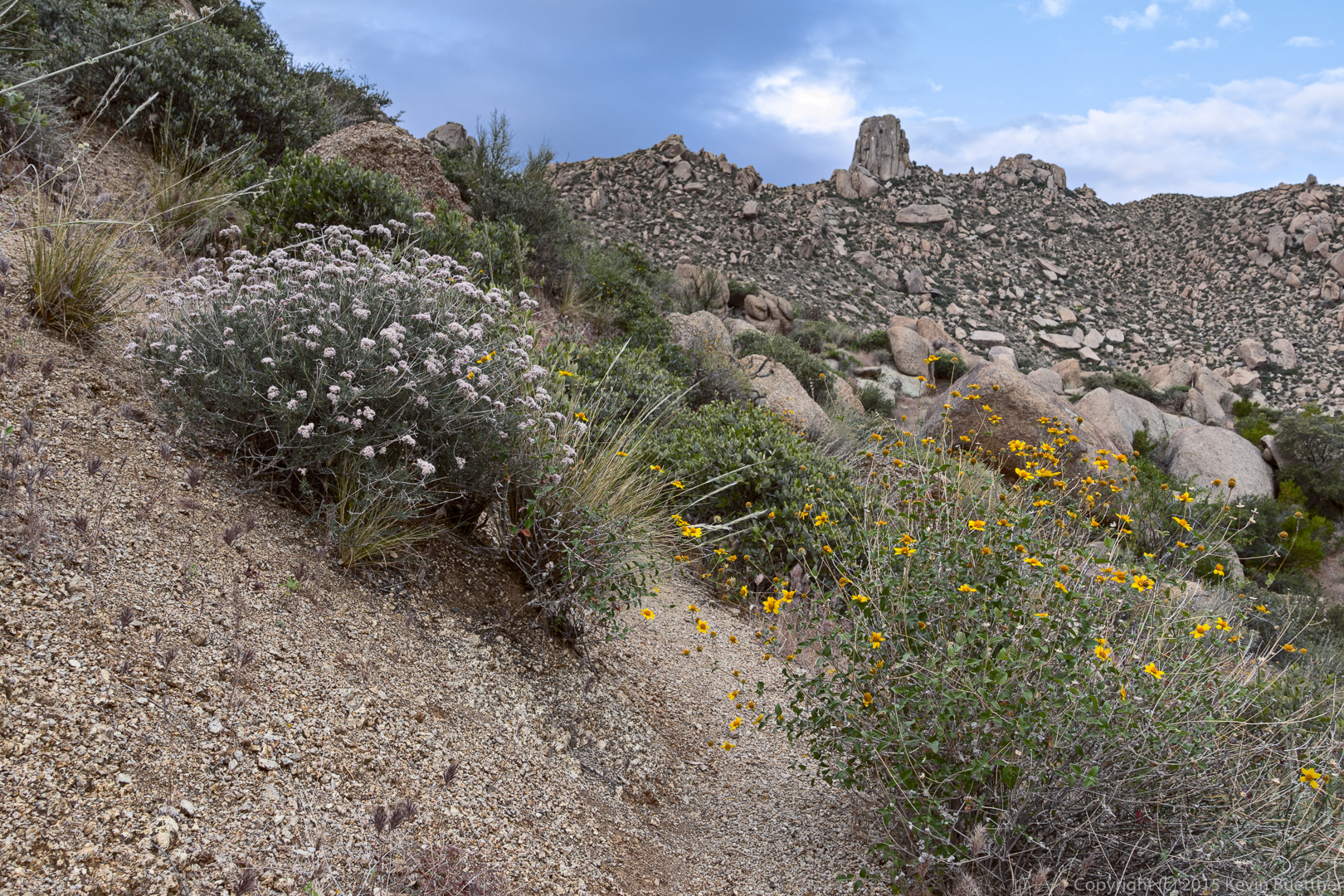 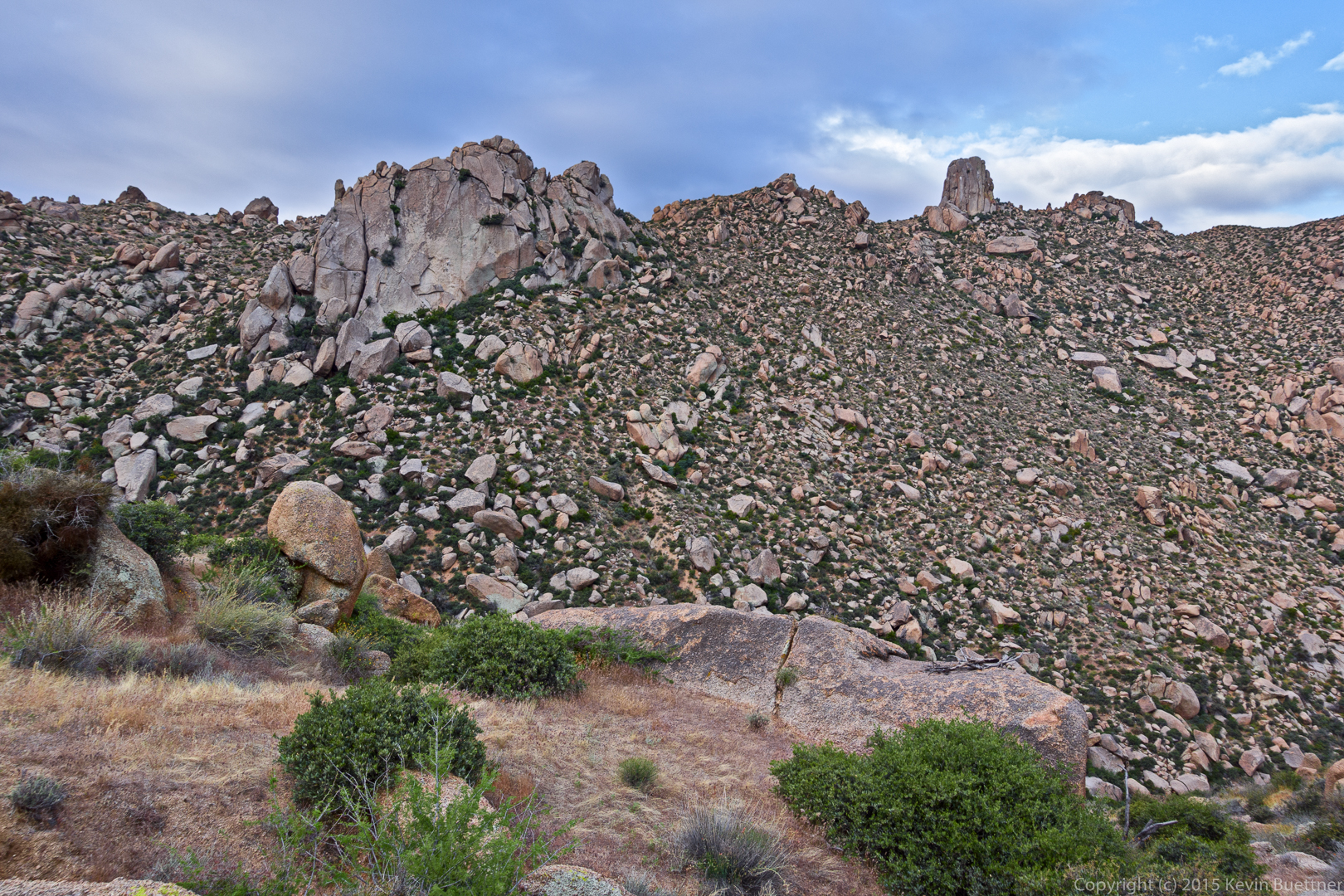 This is another view of Gardener’s Wall. The trail appeared to go between these rocks, but we turned back and found another way. 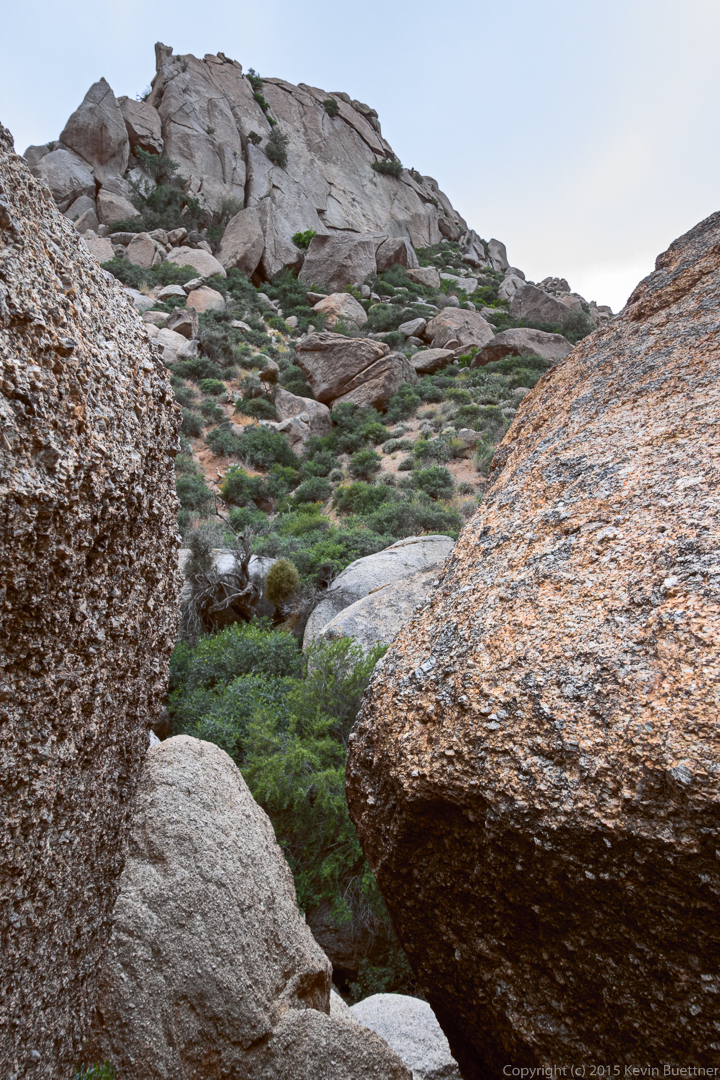 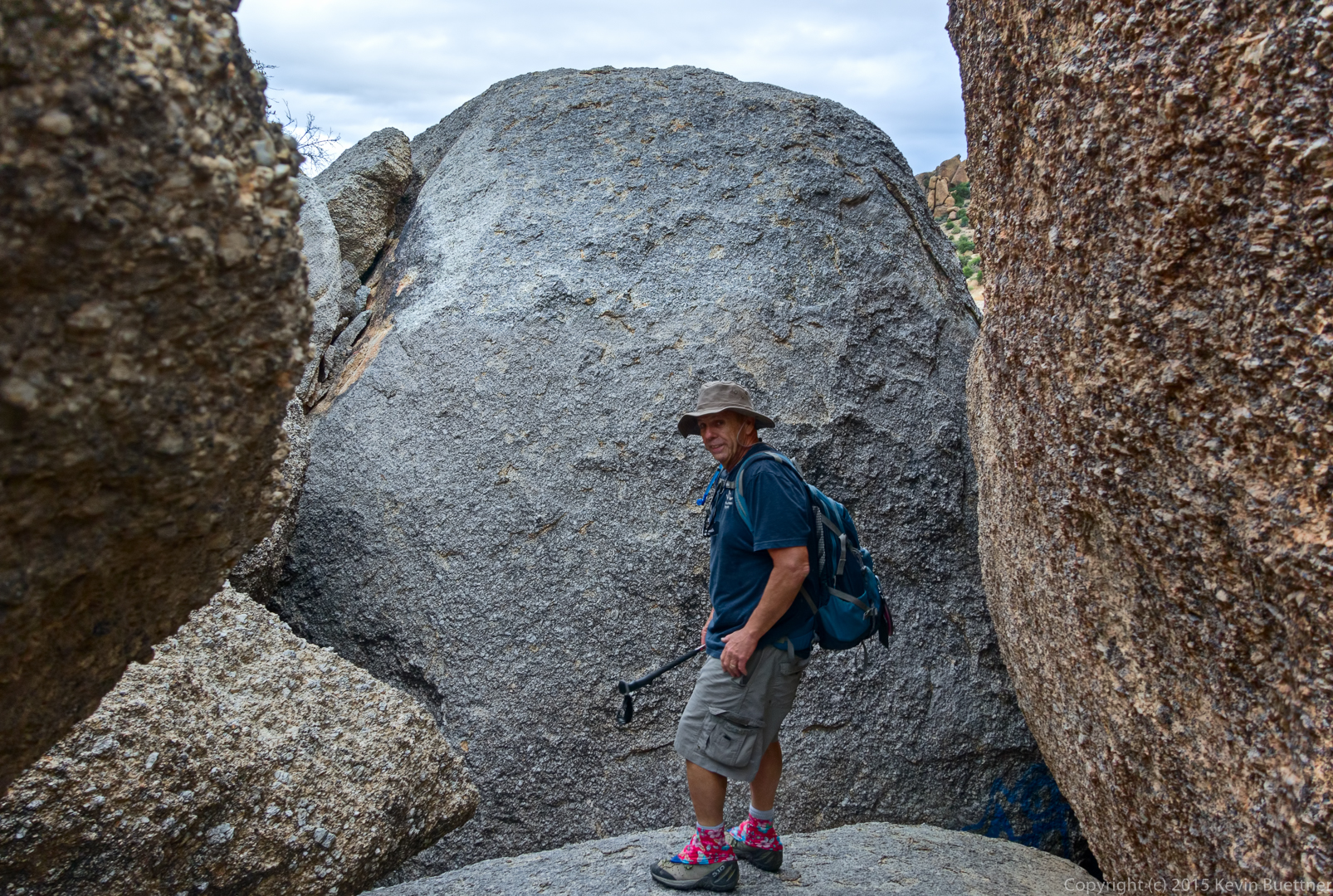 Linda and Bob make their way up the steep trail to Gardener’s Wall. 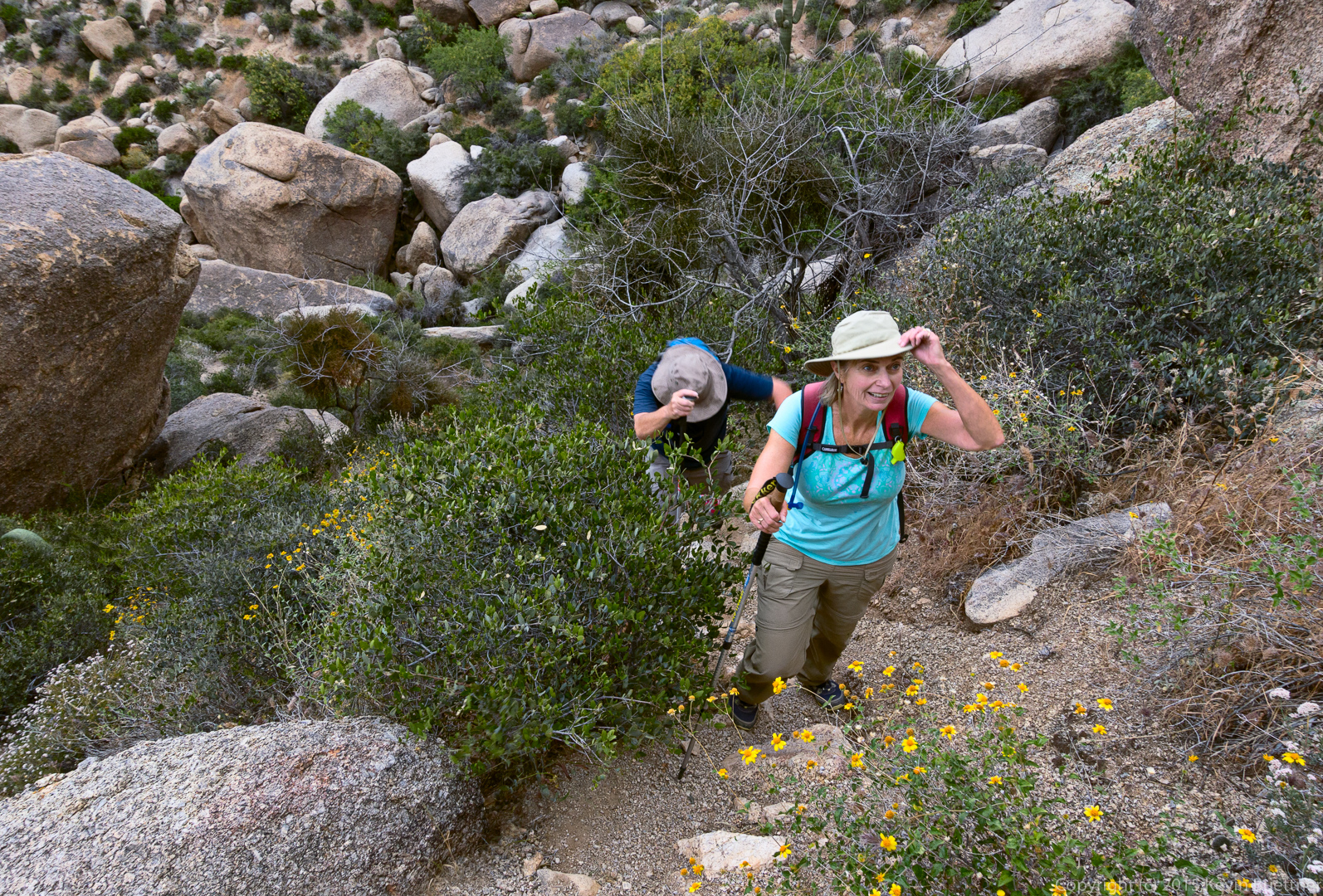 Janet, after completing a mantling move: 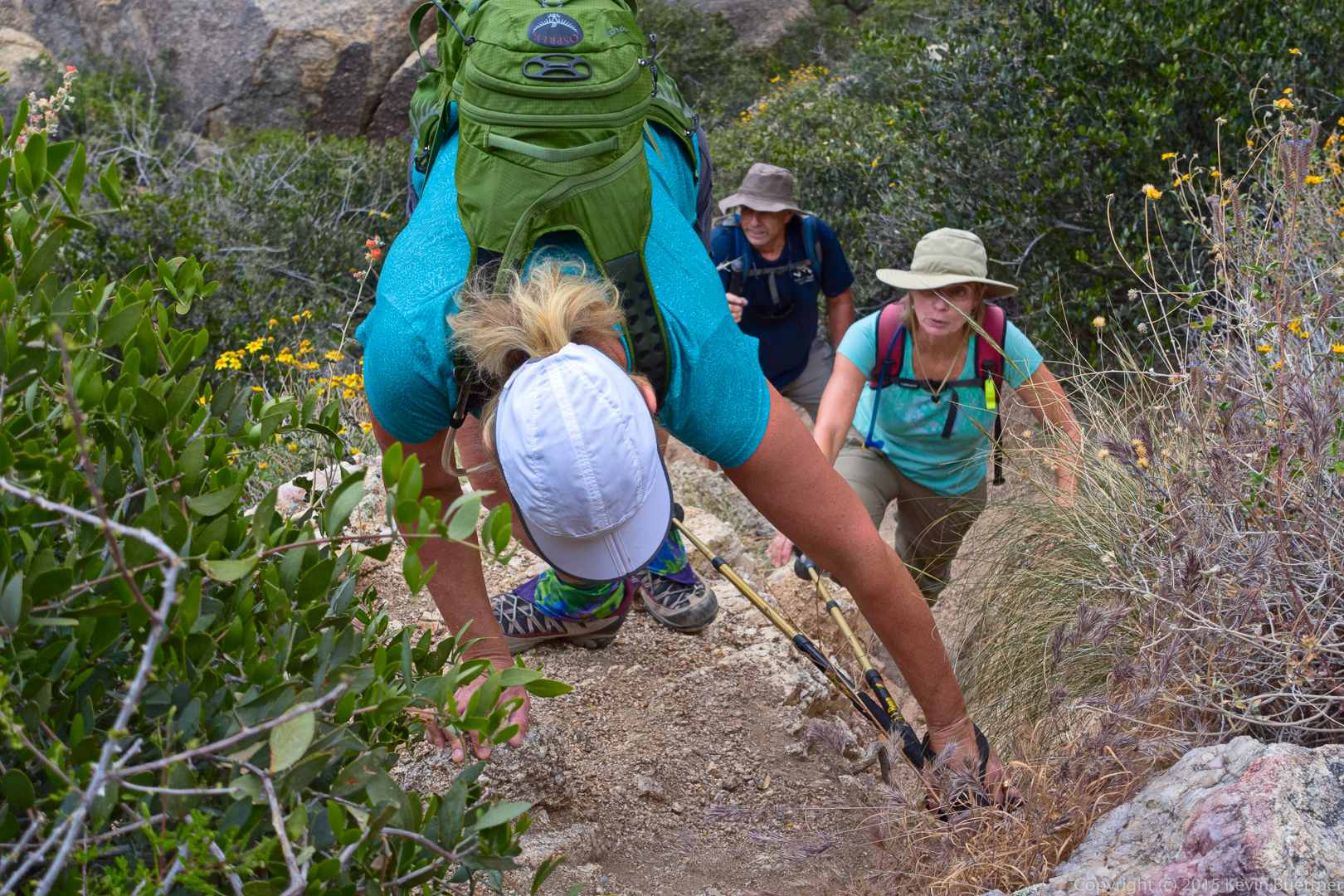 Janet and Linda on their way towards the “cave”. 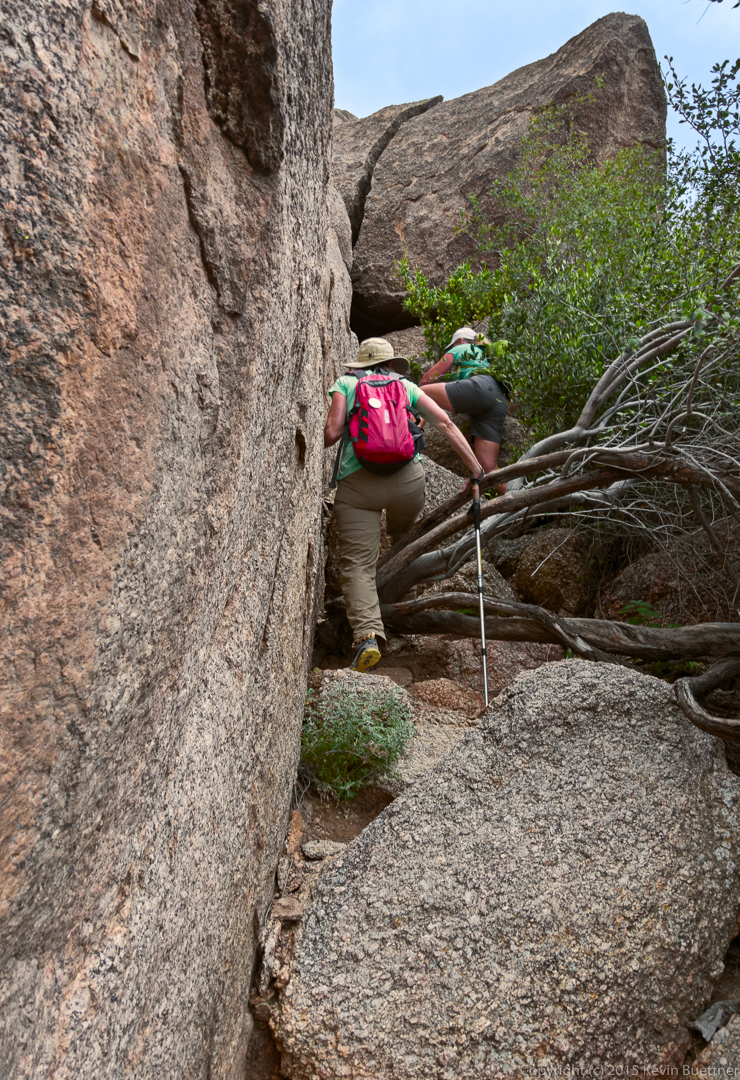 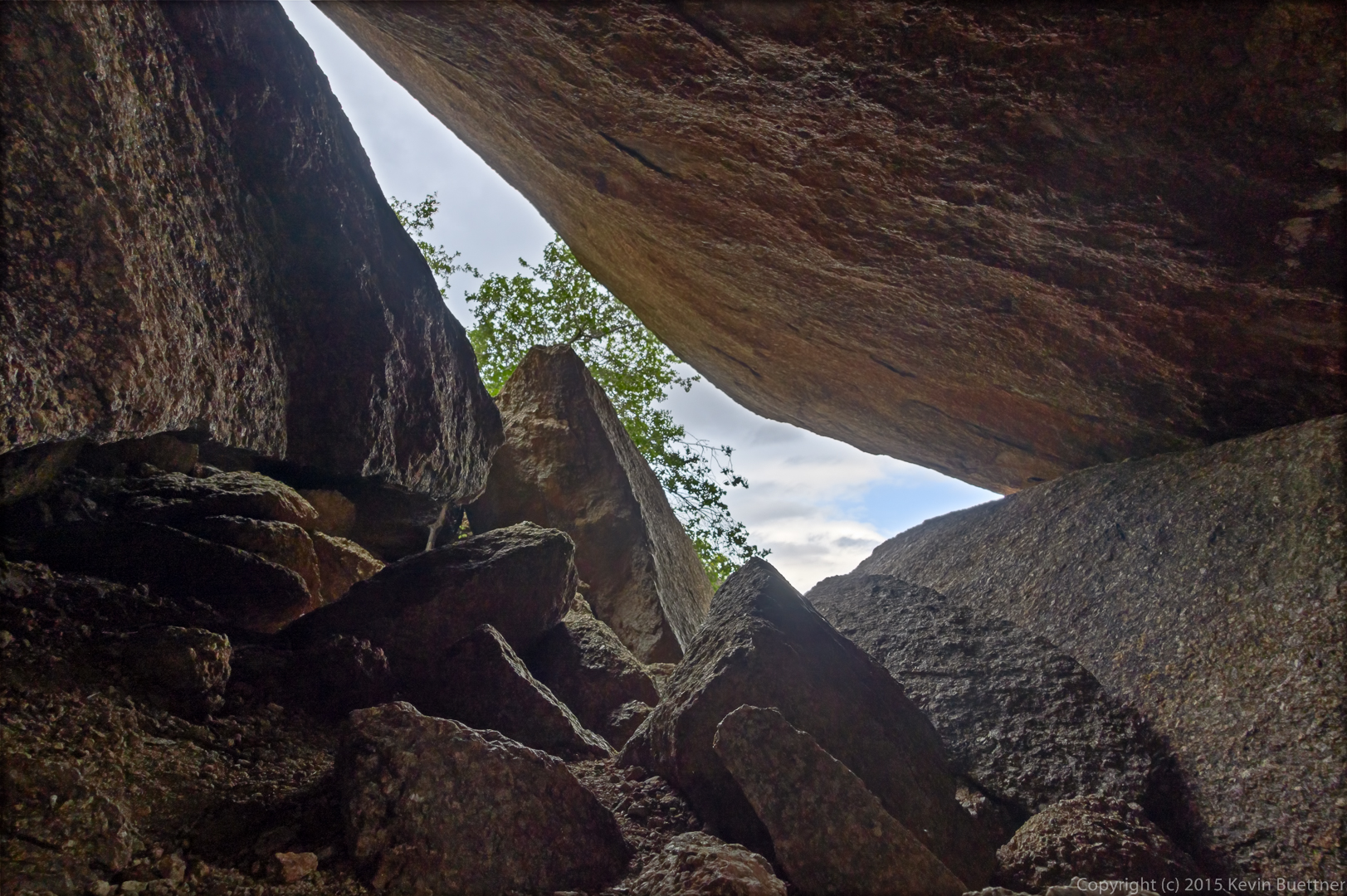 Janet, Linda, and Bob on the traverse past Gardener’s Wall. Note the cairn by Janet’s hand. (It really is a trail!) 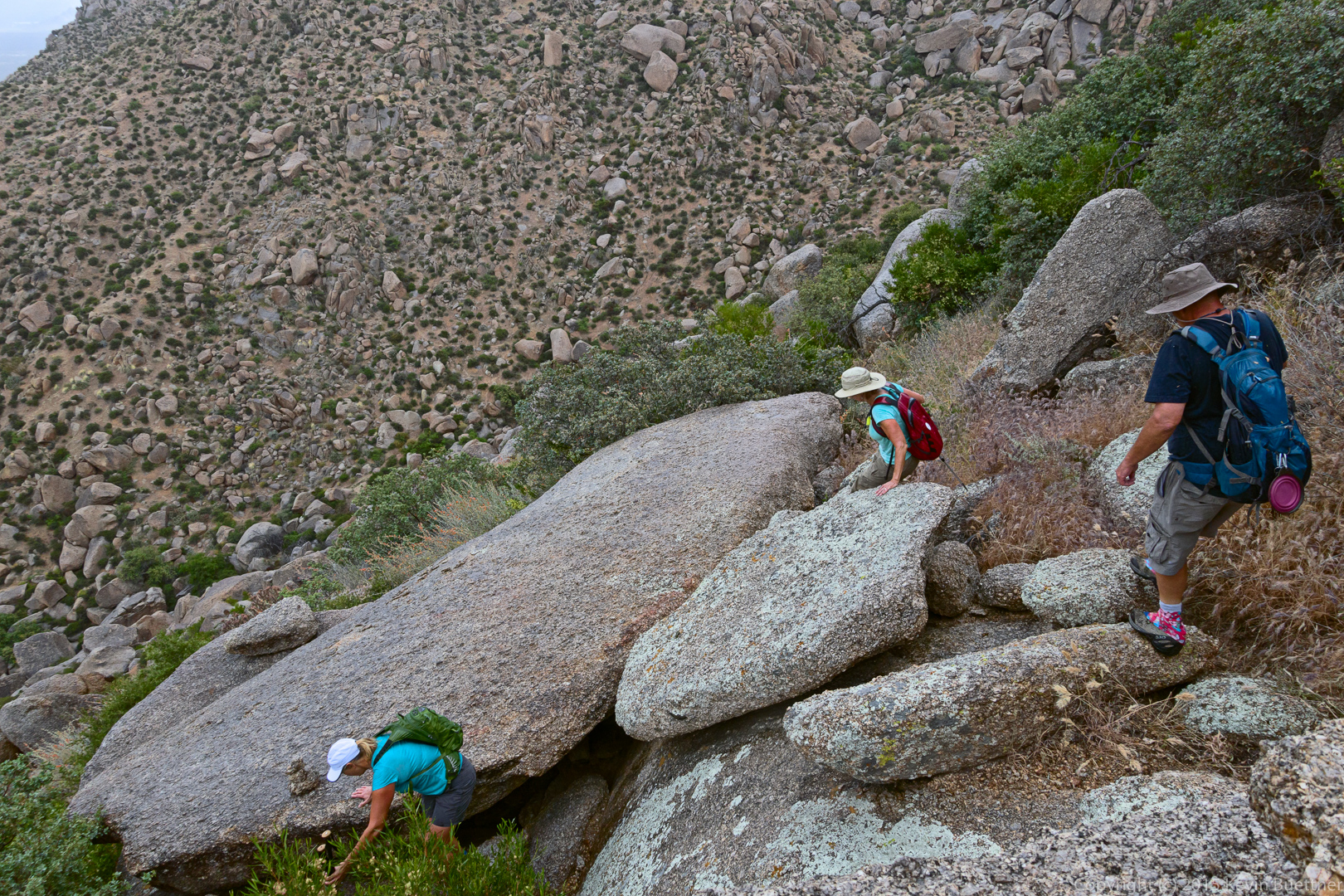 Bob looks for the trail from a high vantage point. 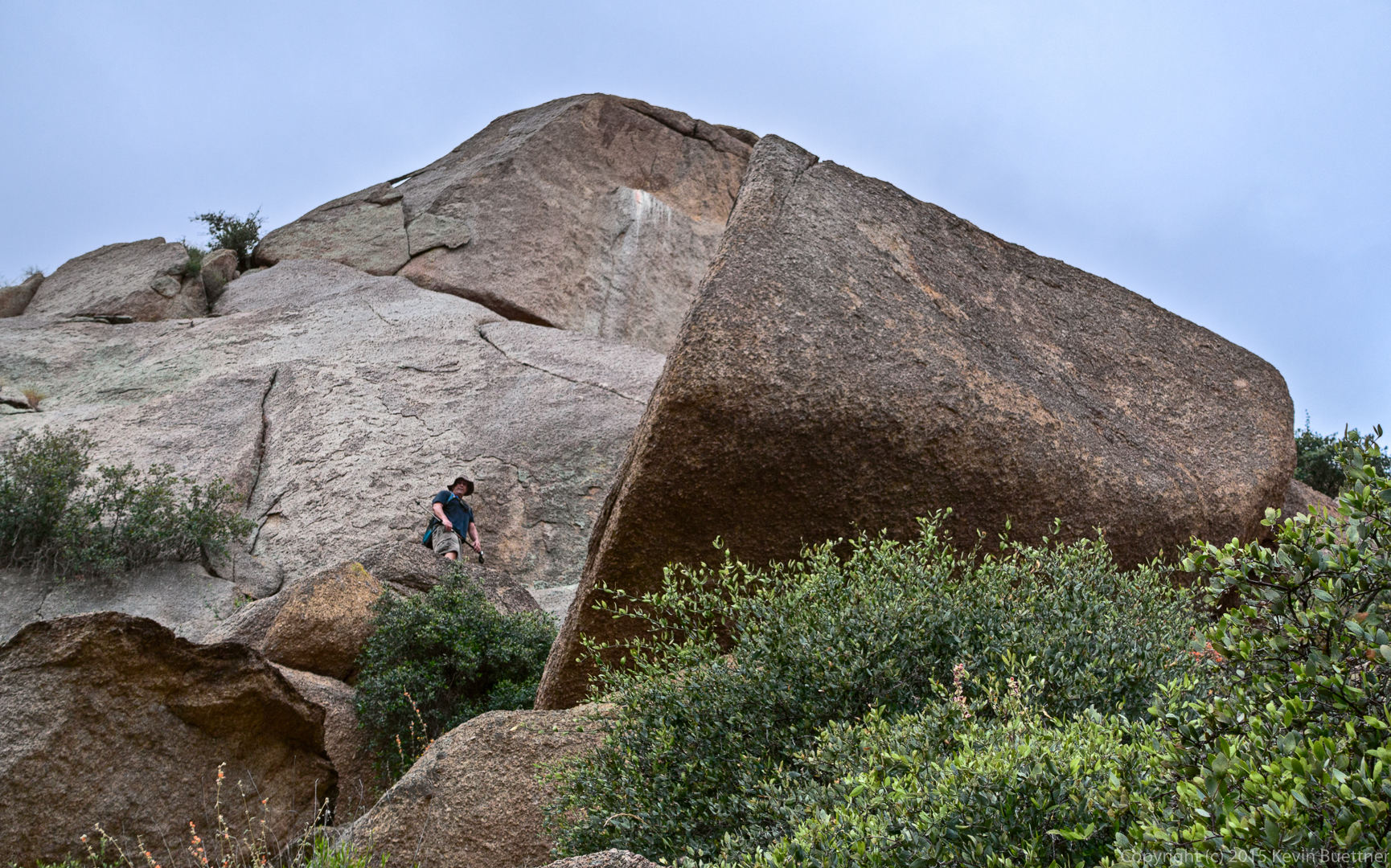 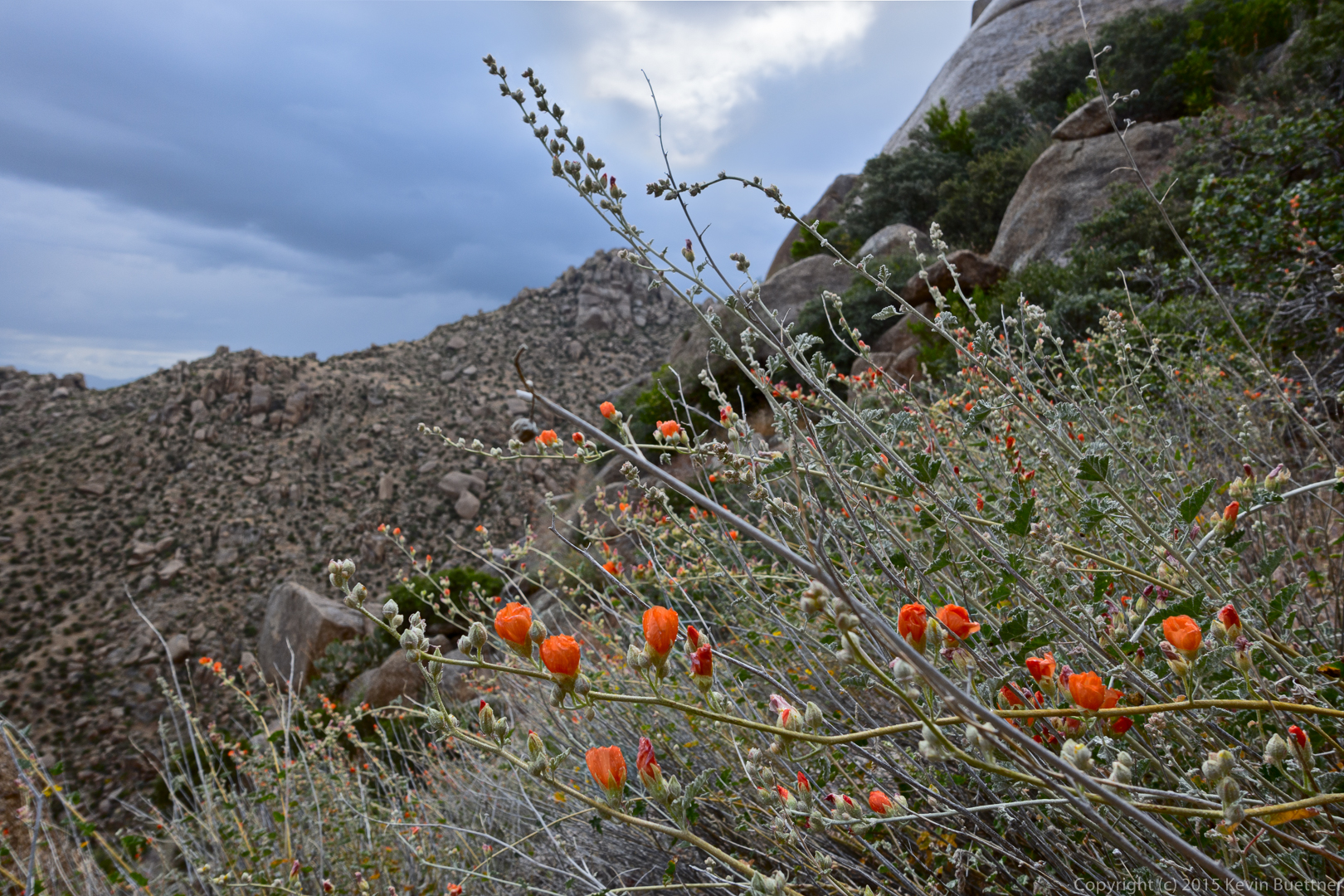 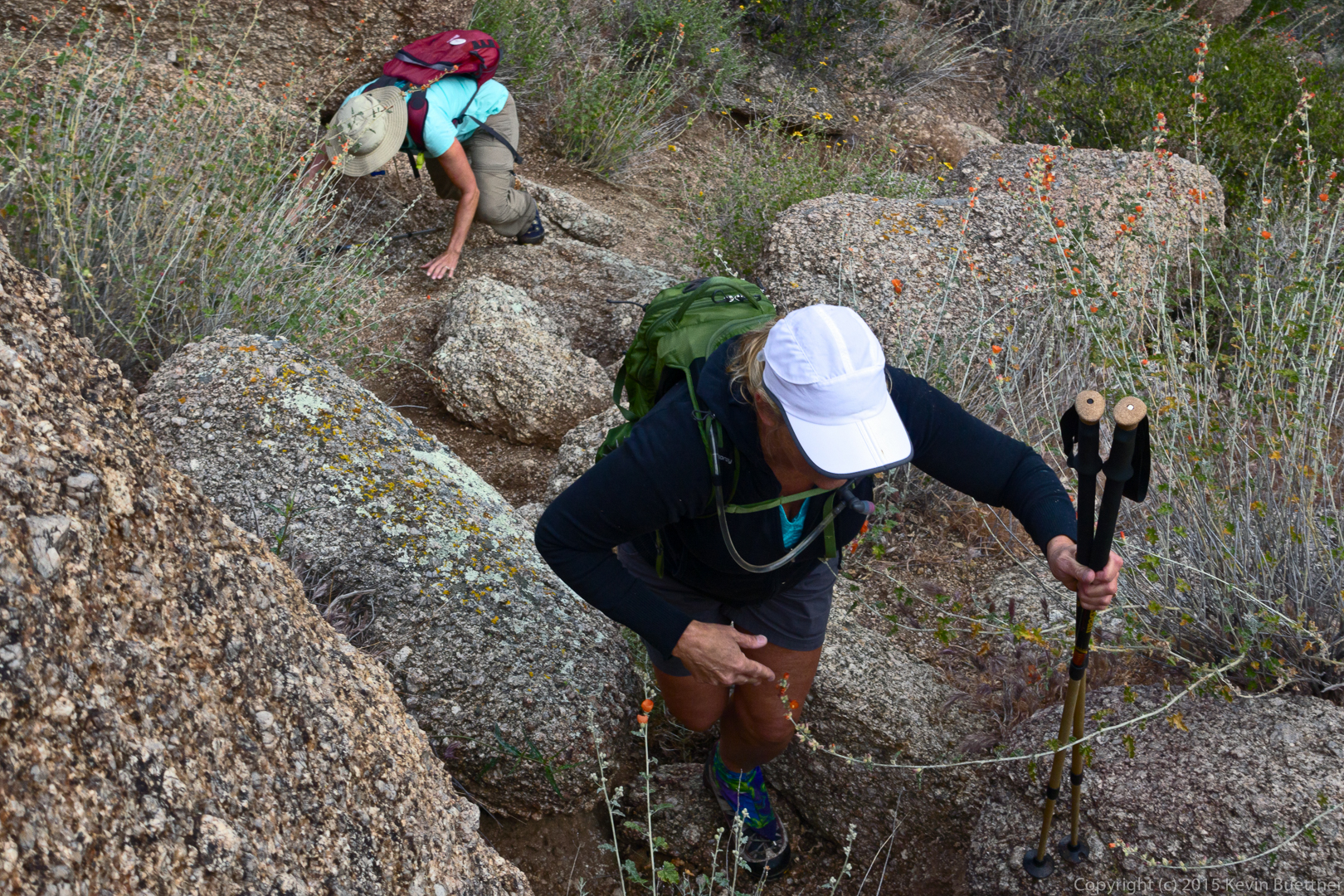 A view of Glass Dome after making it to the top, next to Gardener’s Wall. 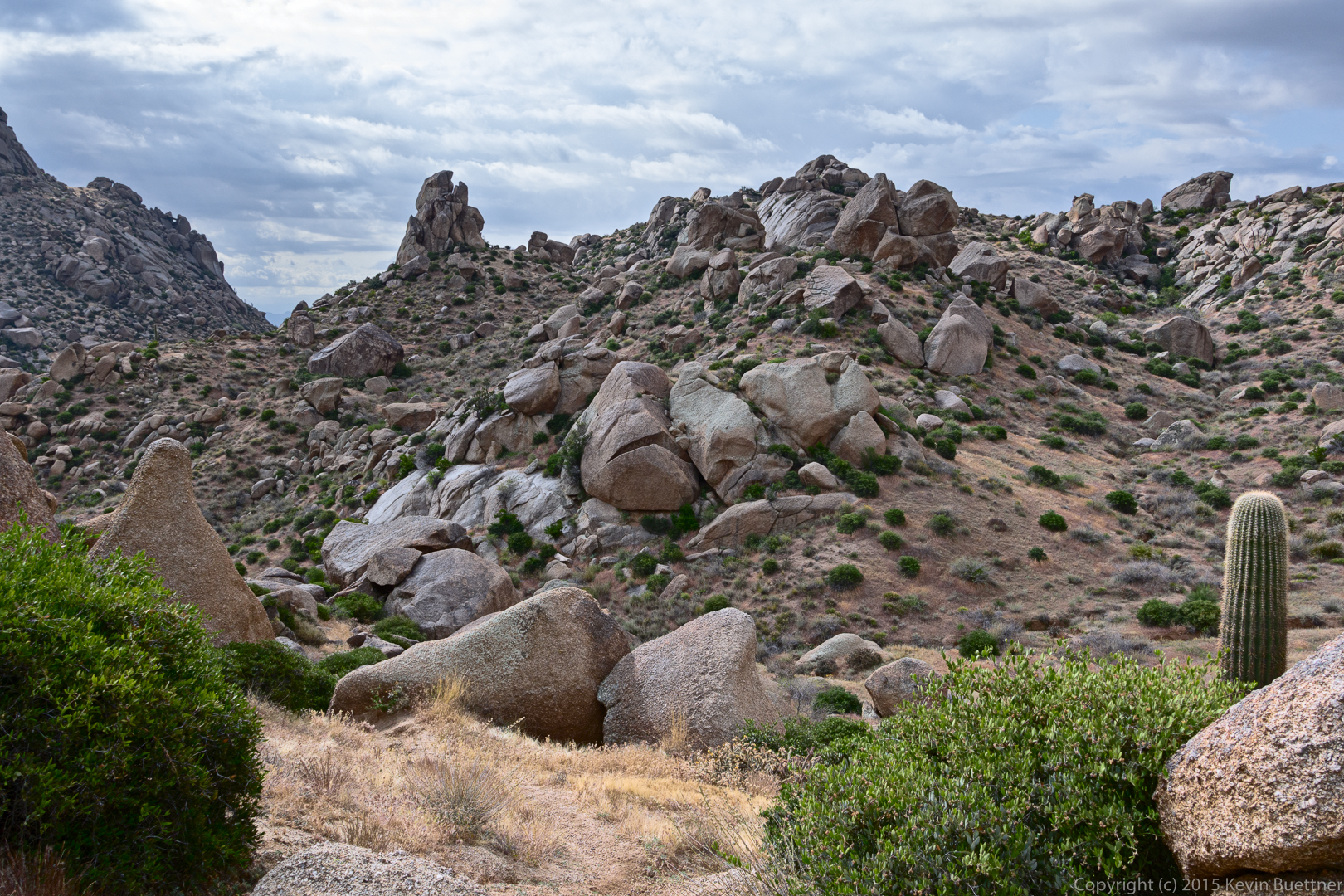 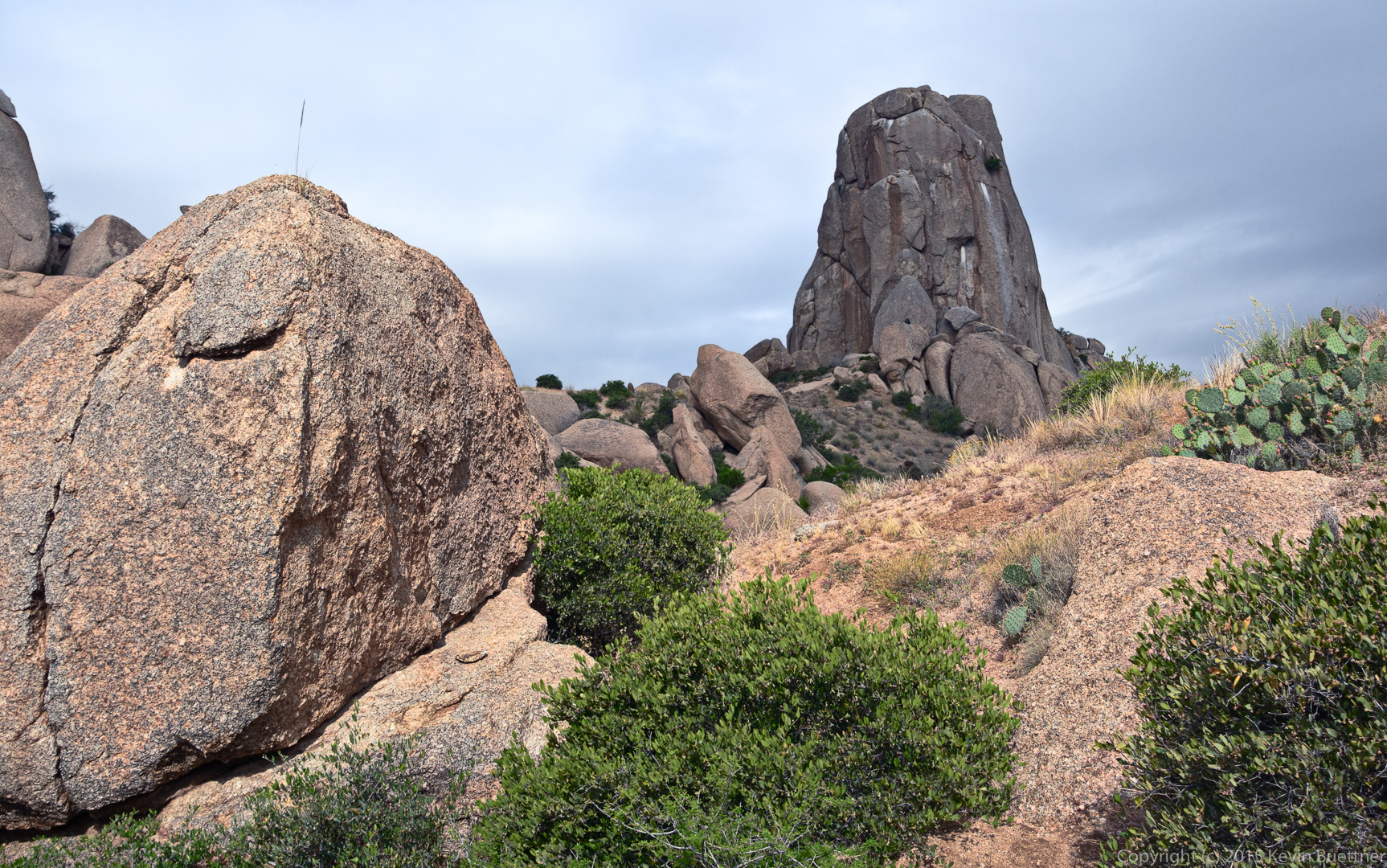 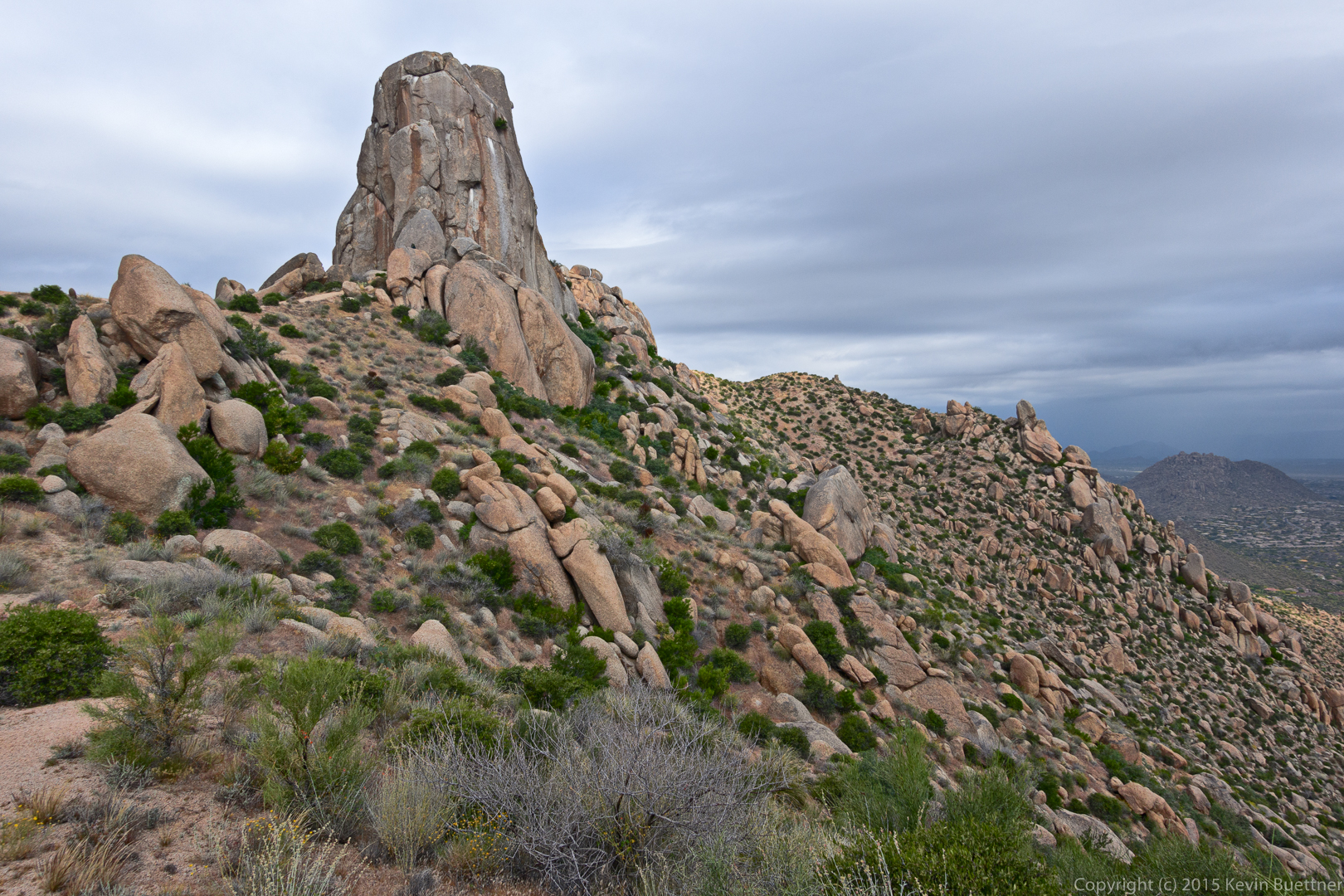 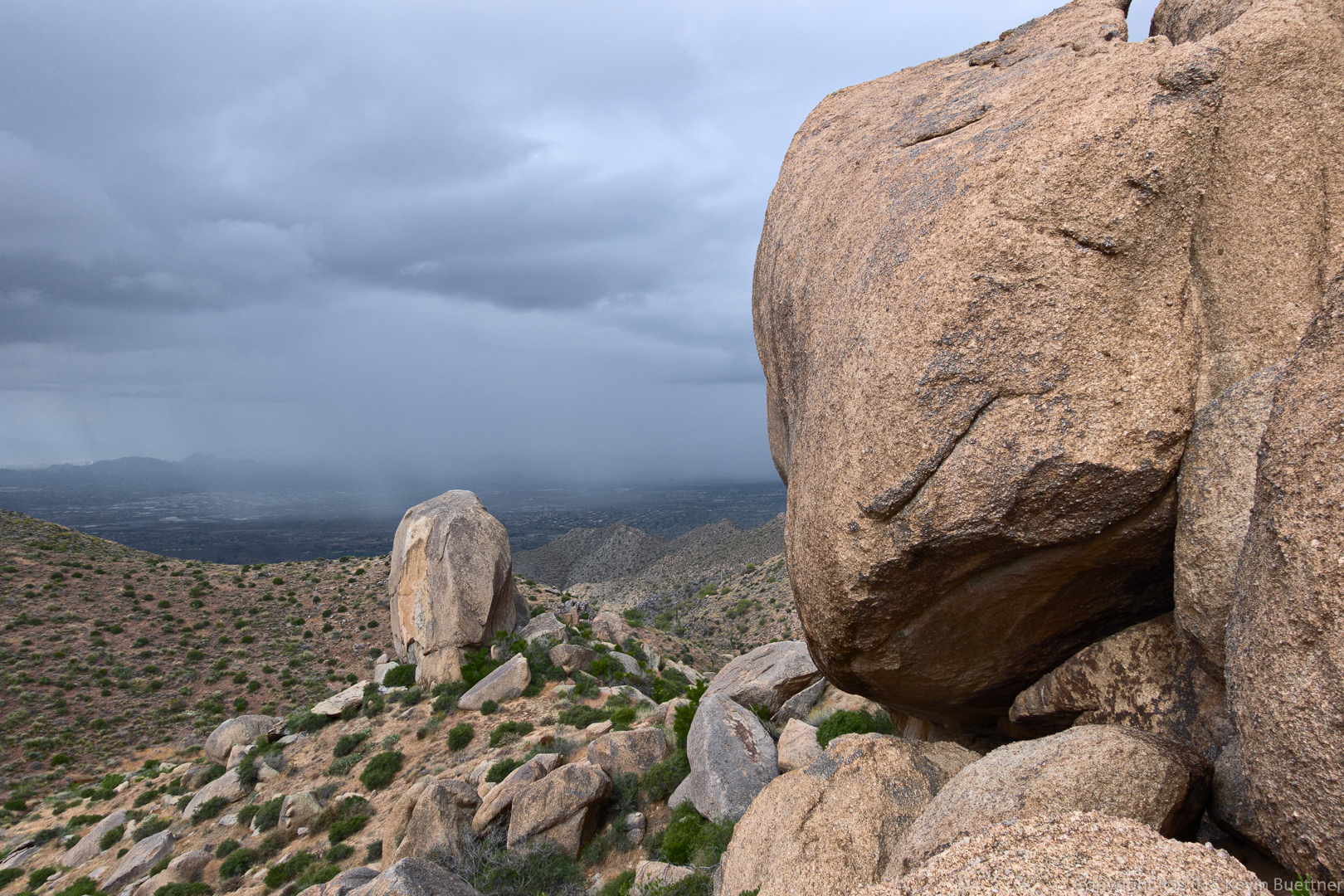 It was raining lightly when I took this photo. This was my last photo of the day – it began raining much harder after taking this shot. 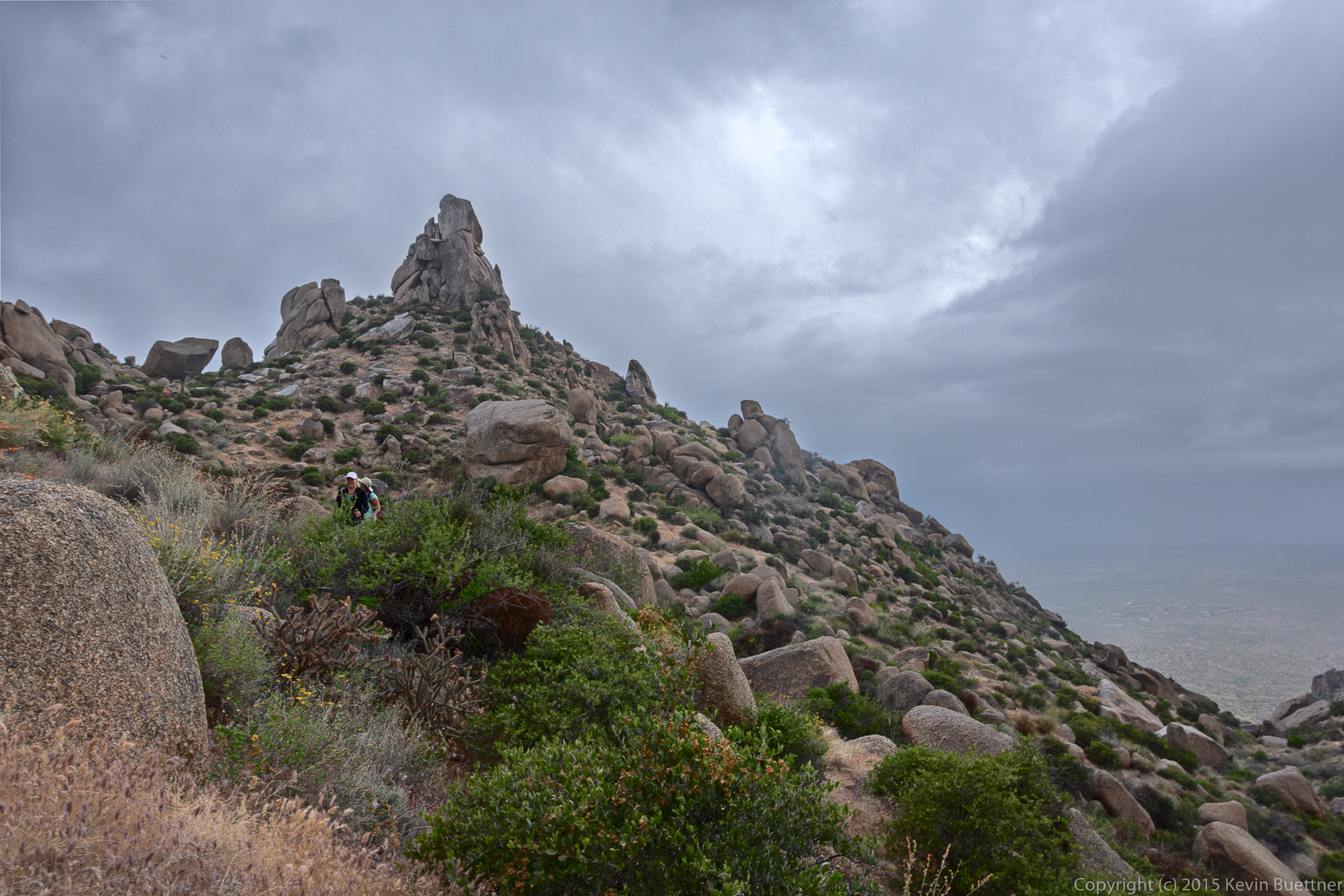