I took these photos in June during our visit to the Moab area.  The towers in the first few photos (and some of the later ones too) are the Courthouse Towers.  I photographed them while walking the Park Avenue wash which is in Arches National Park. 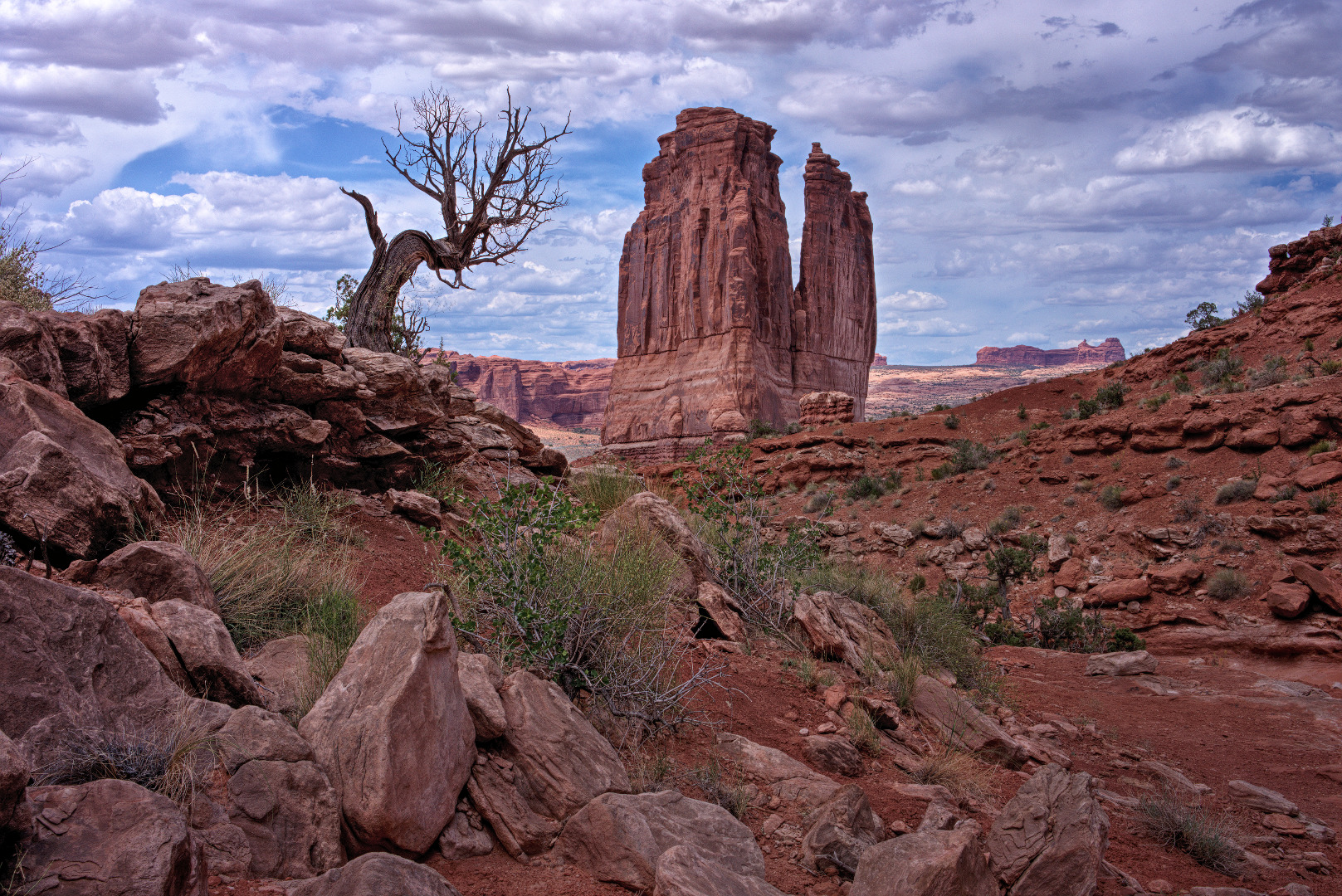 Same exposure as above, but a different edit: 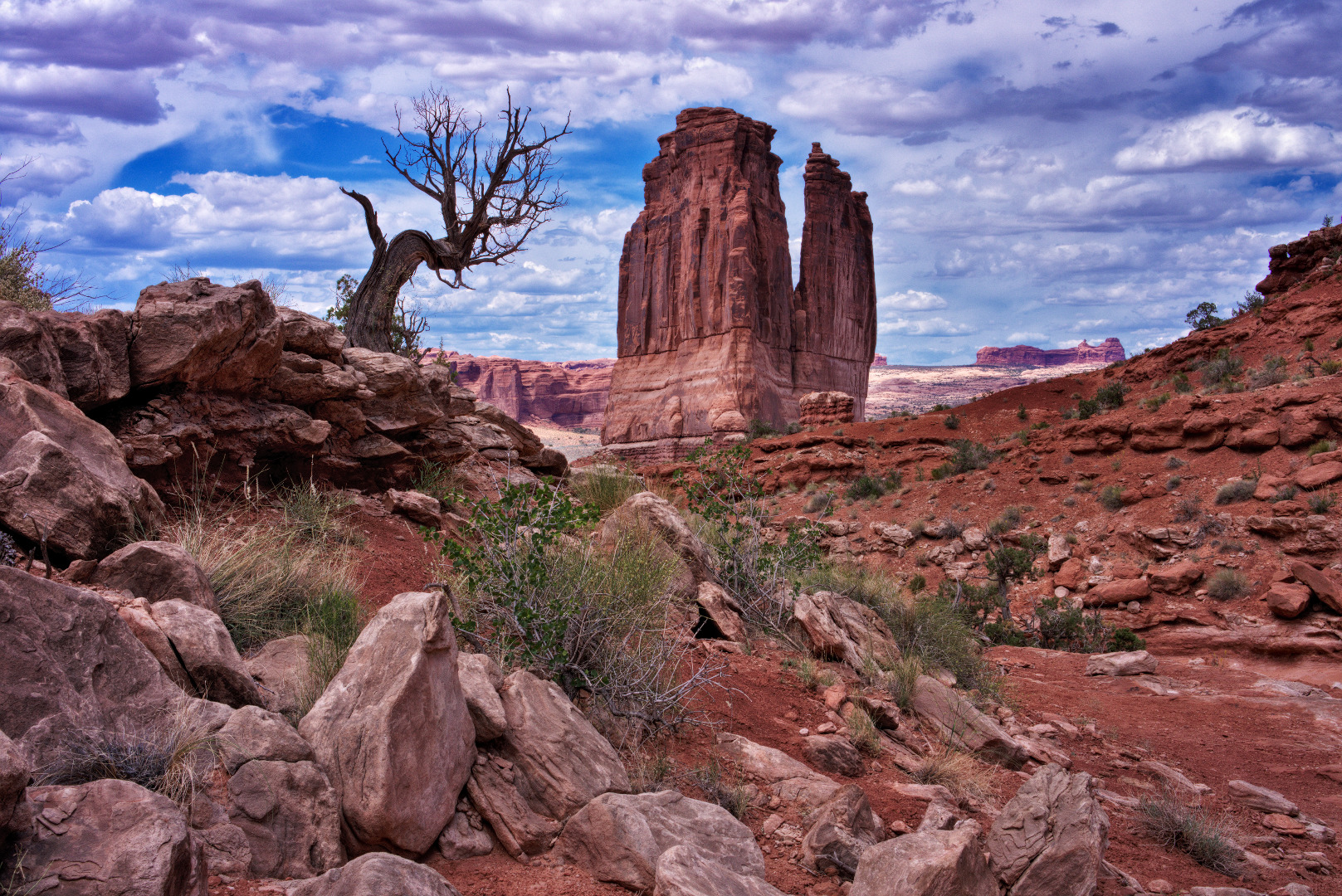 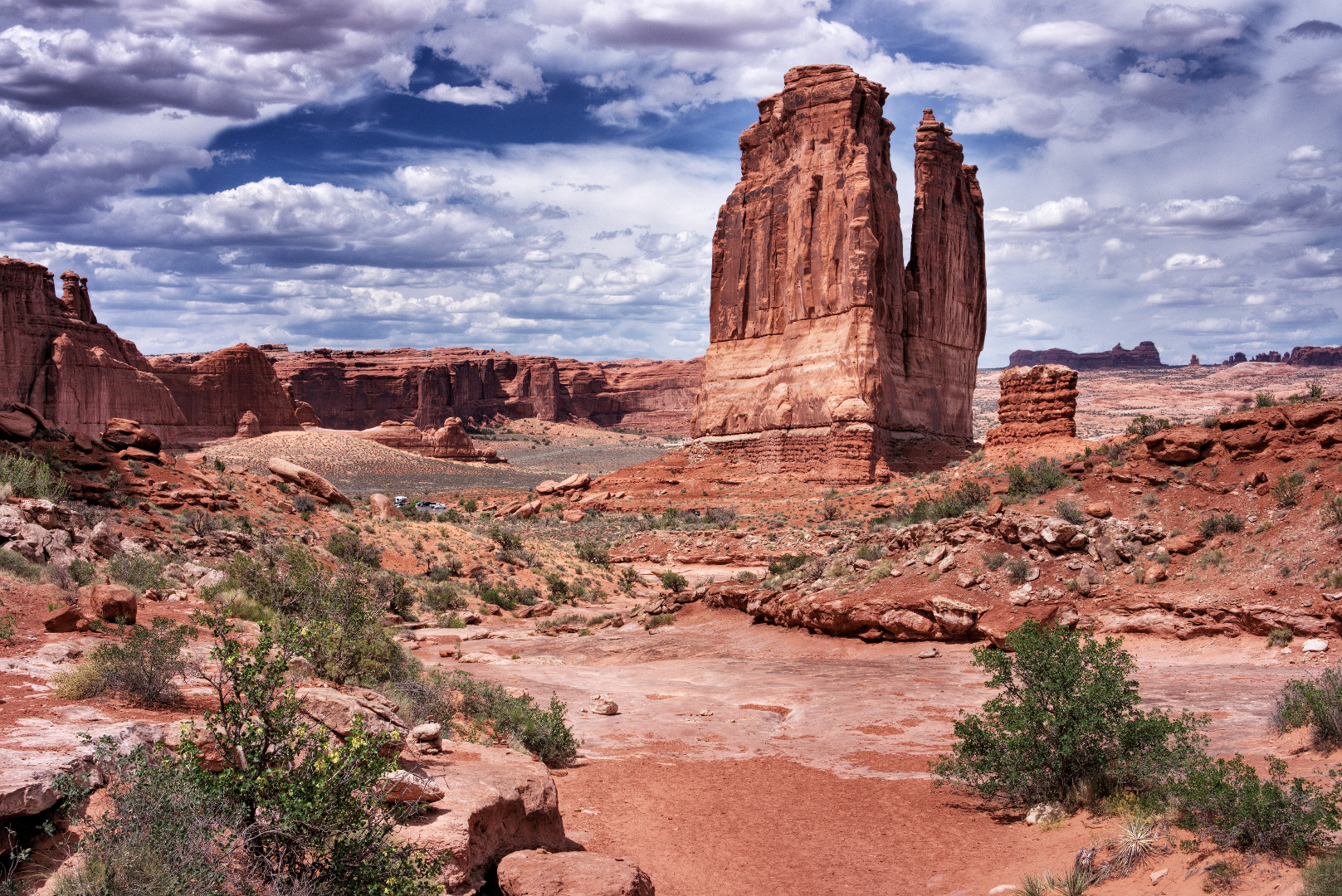 Another view of Courthouse Towers: 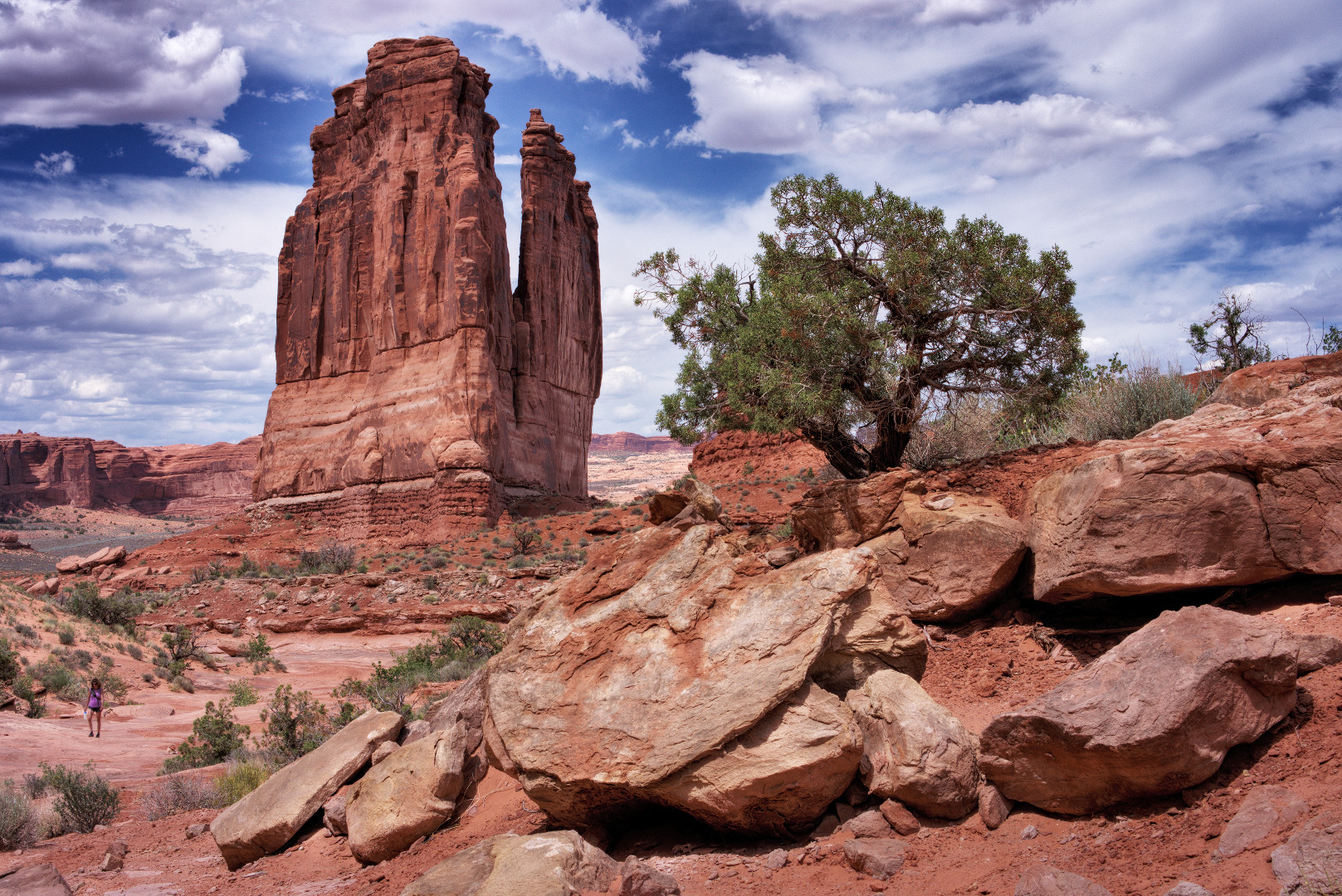 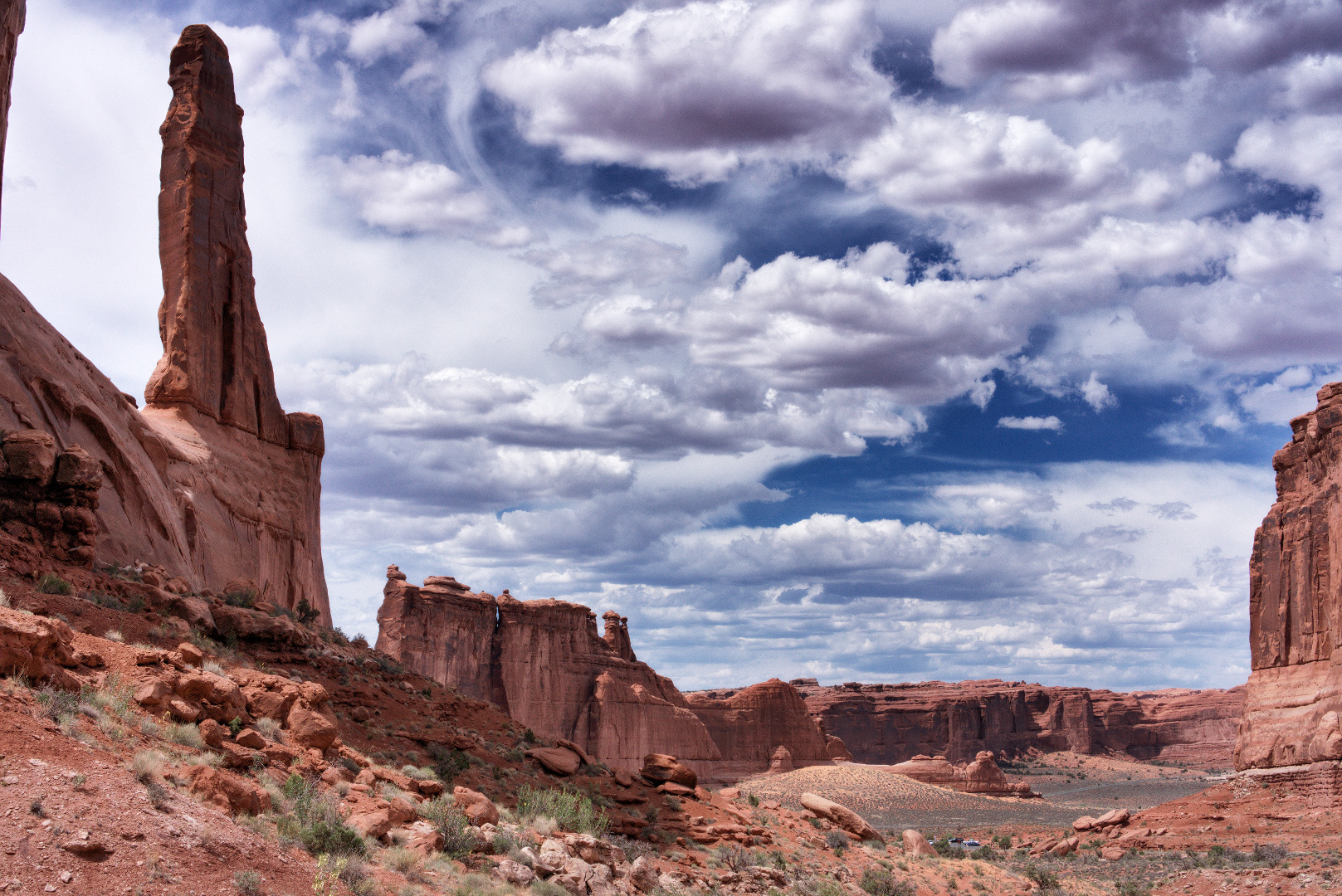 The Three Gossips and Sheep Rock: 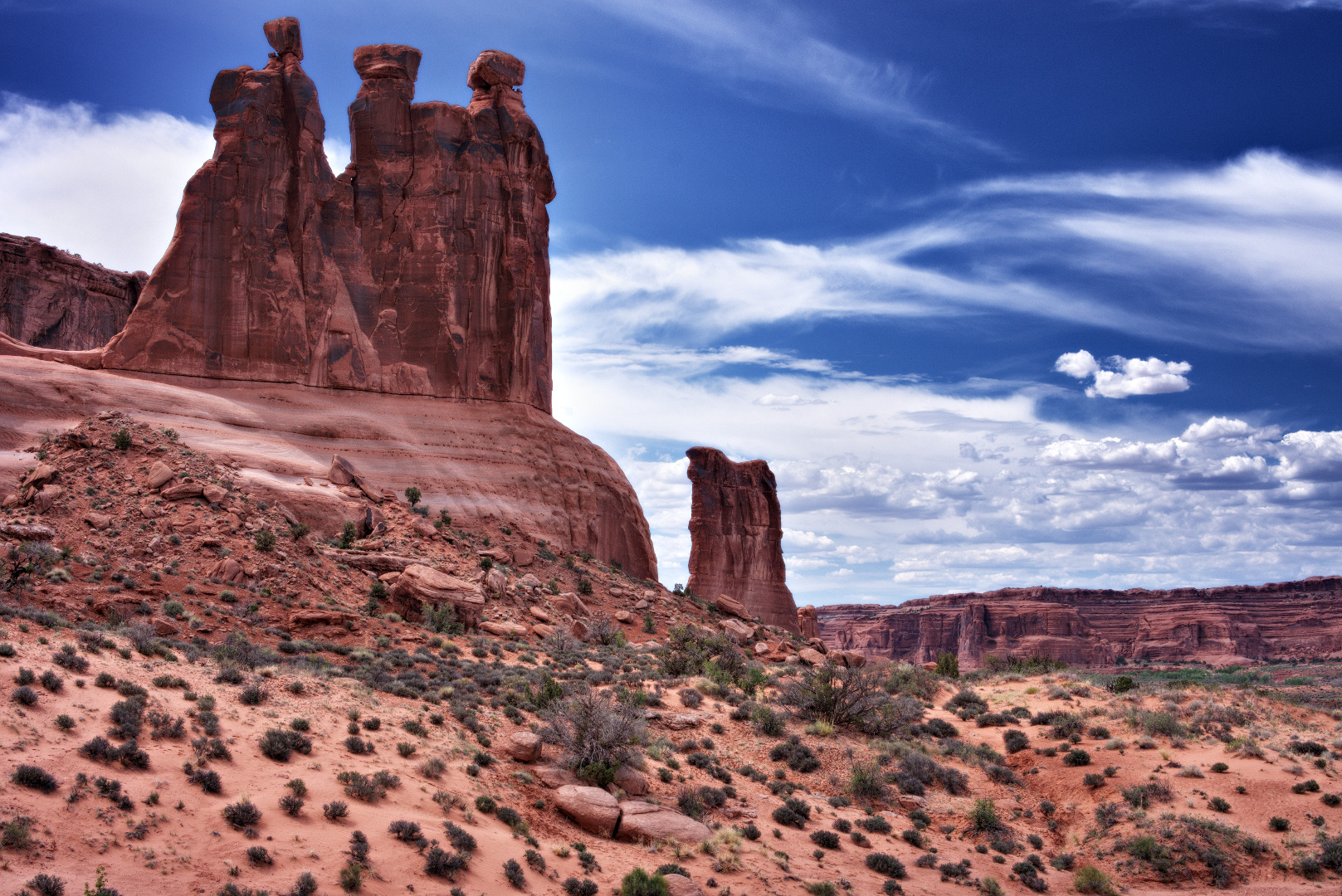 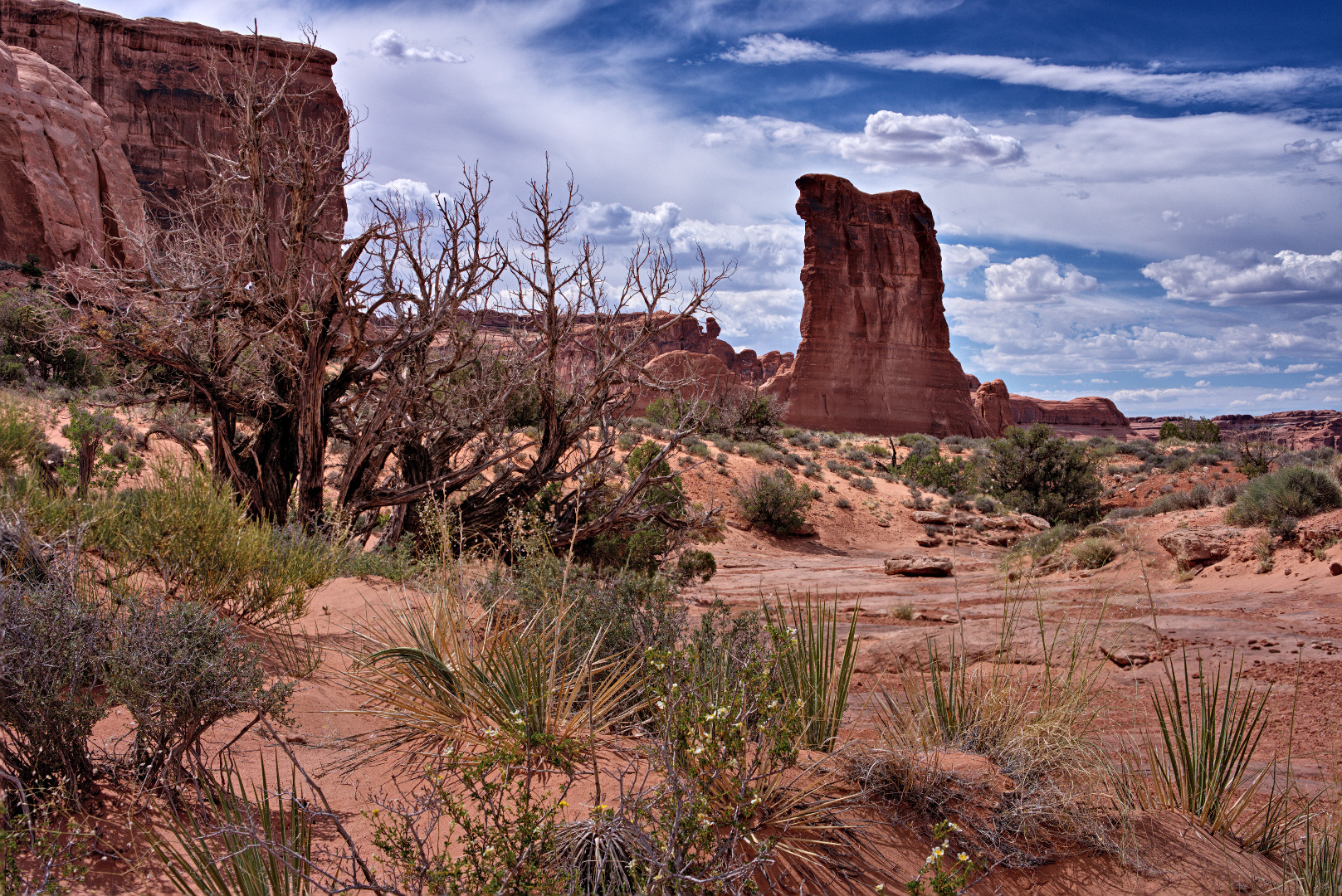 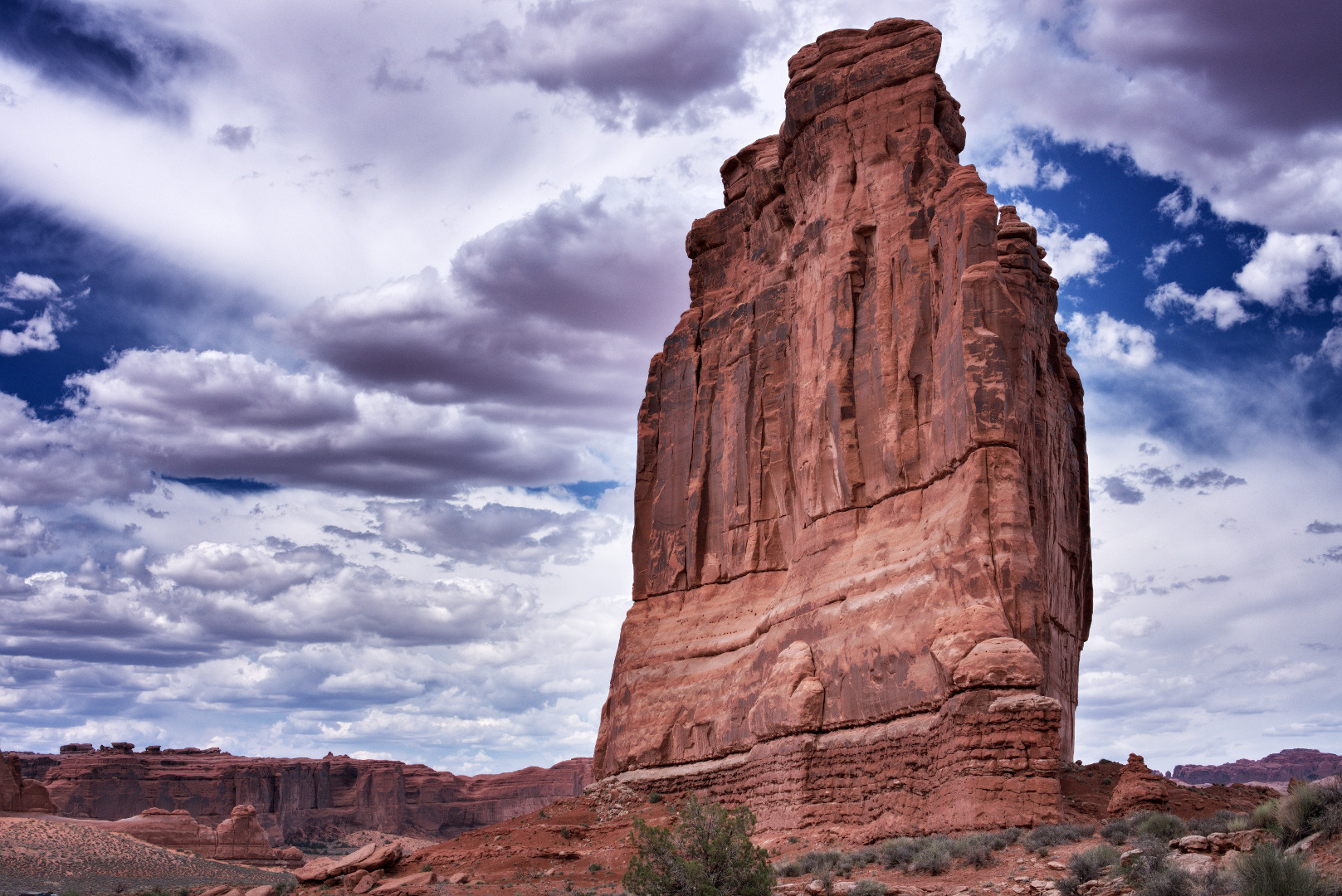