Friday’s hike started at the Wagner Trailhead.  We hiked the Wagner Trail to the Granite Trail.  At that point, Amy and her group turned left, while Bob, Sarge, Janet, and I turned right.  This is a photo of the group just prior to splitting up: 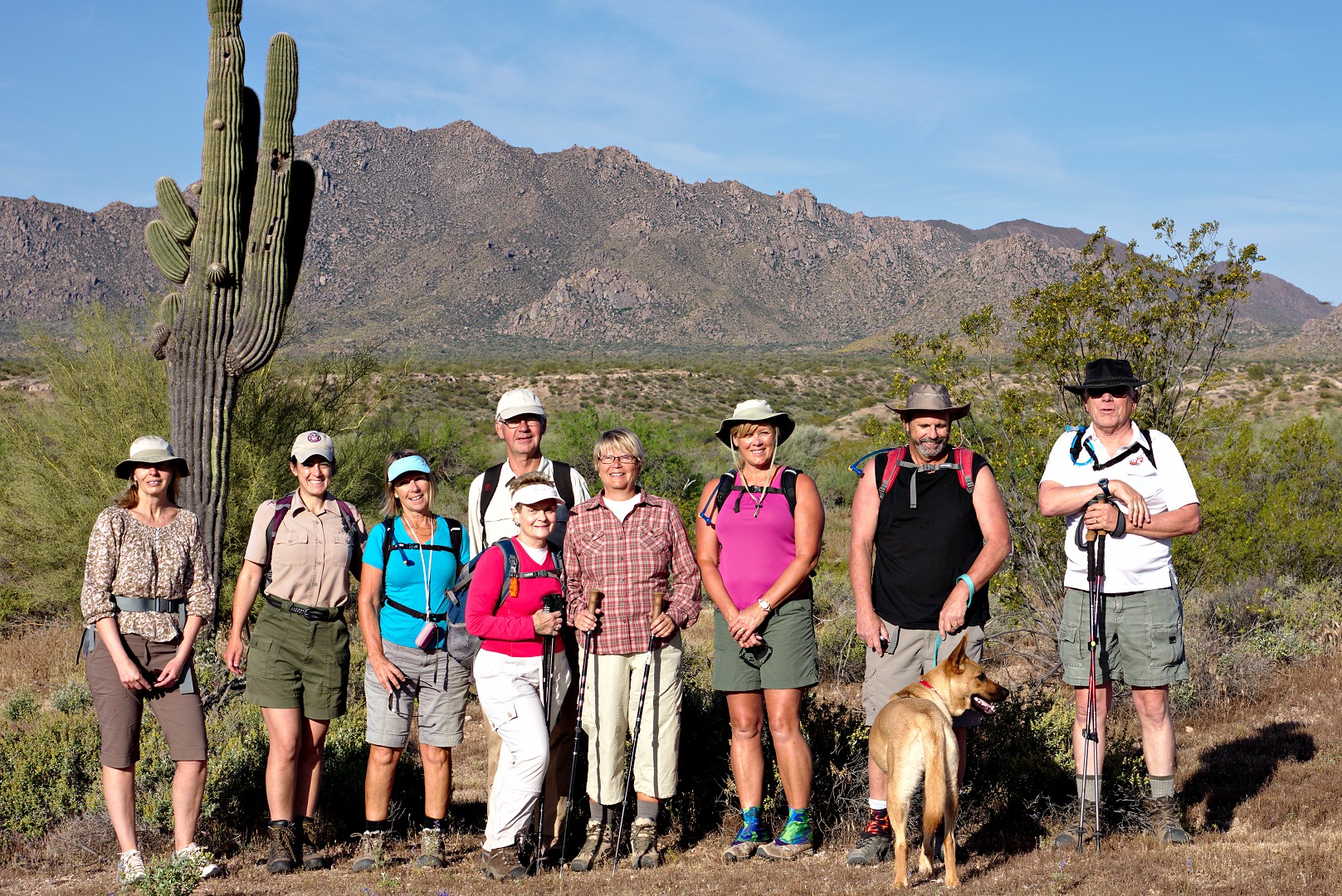 Bob, Sarge, Janet, and I hiked out to the Delsie Trail, at which point we noticed that it now has a sign! 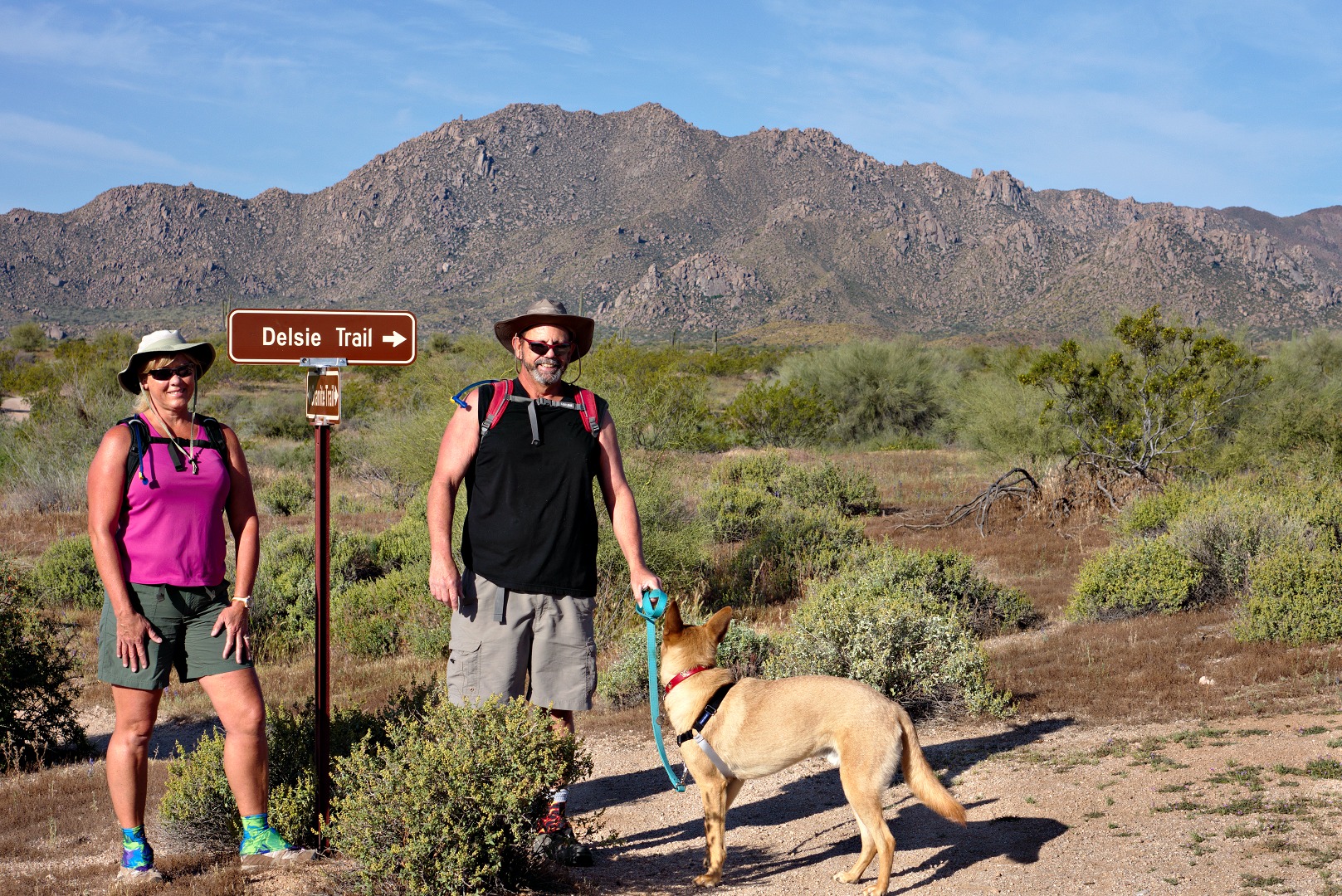 A view of Rock Knob that’s a bit different from what we normally see: 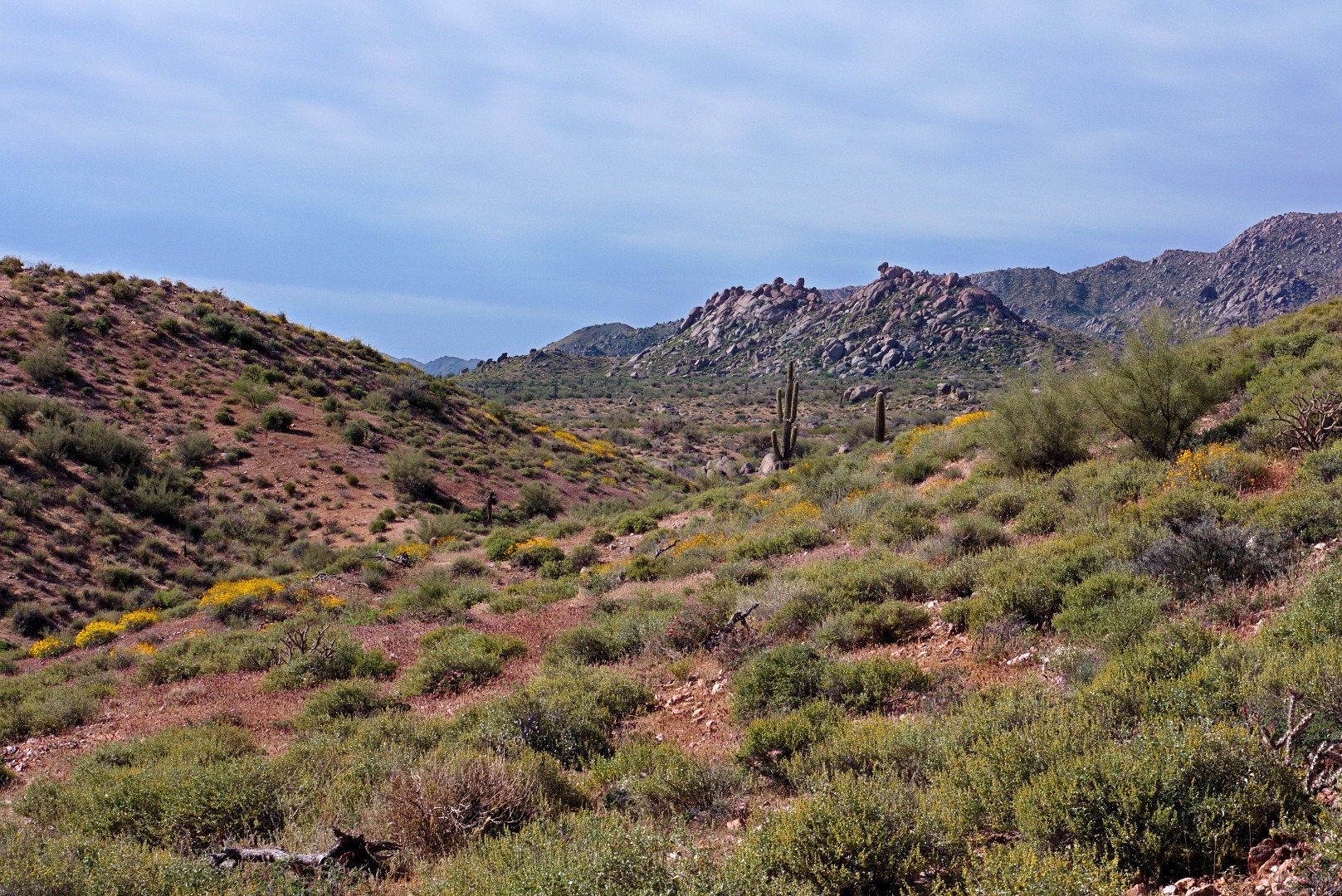 We came across some rock formations that we hadn’t noticed before: 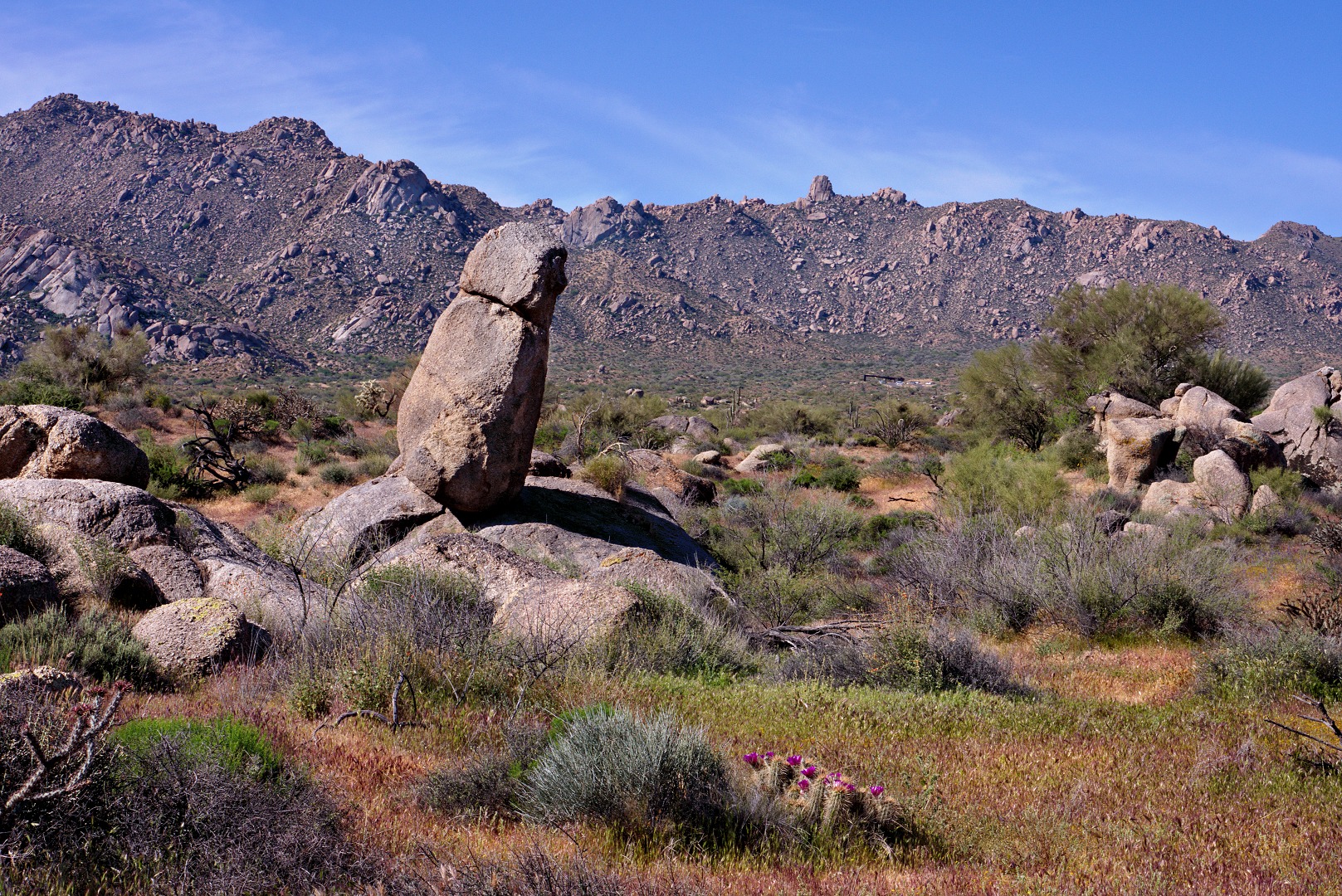 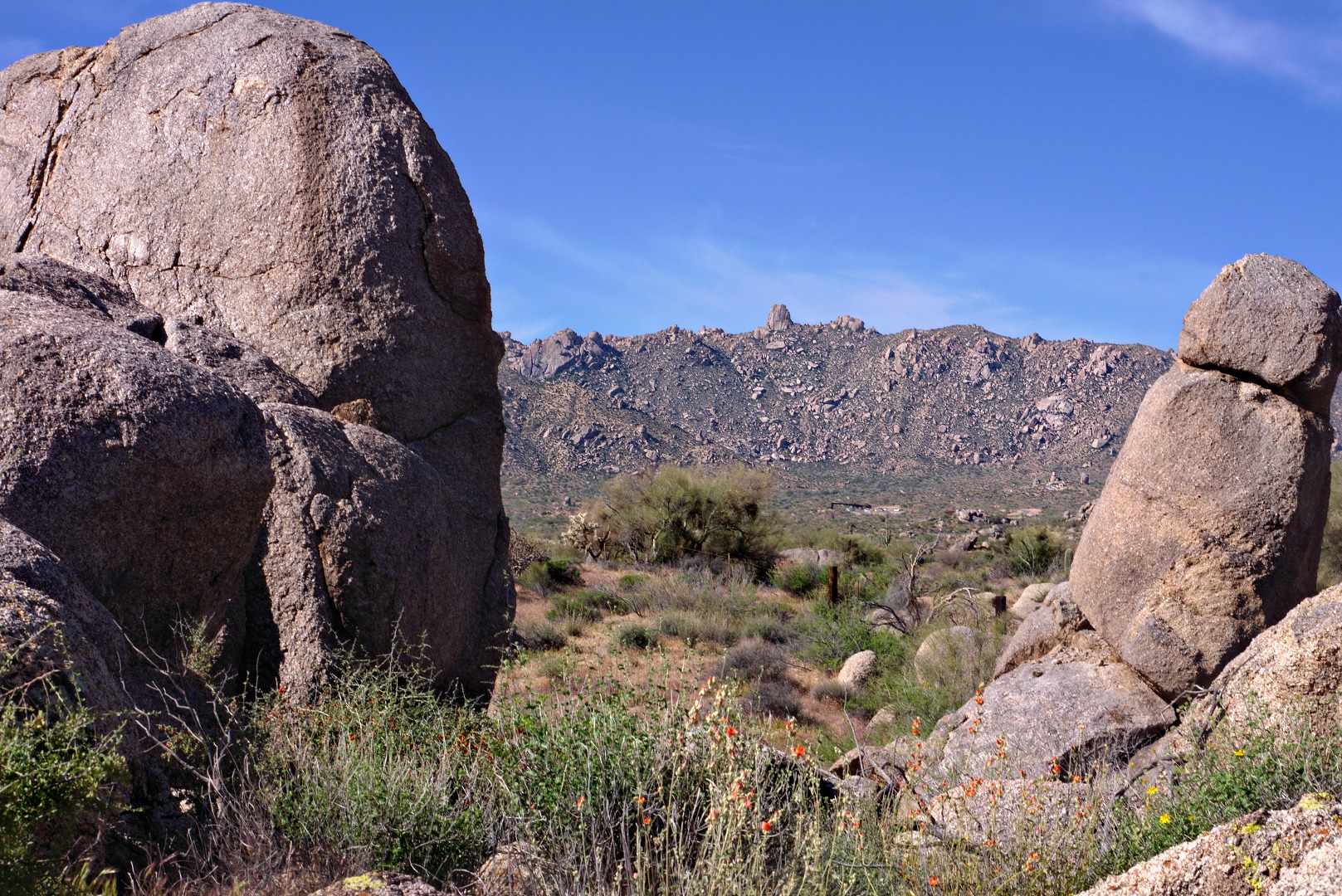 Globemallows with Weaver’s Needle in the distance: 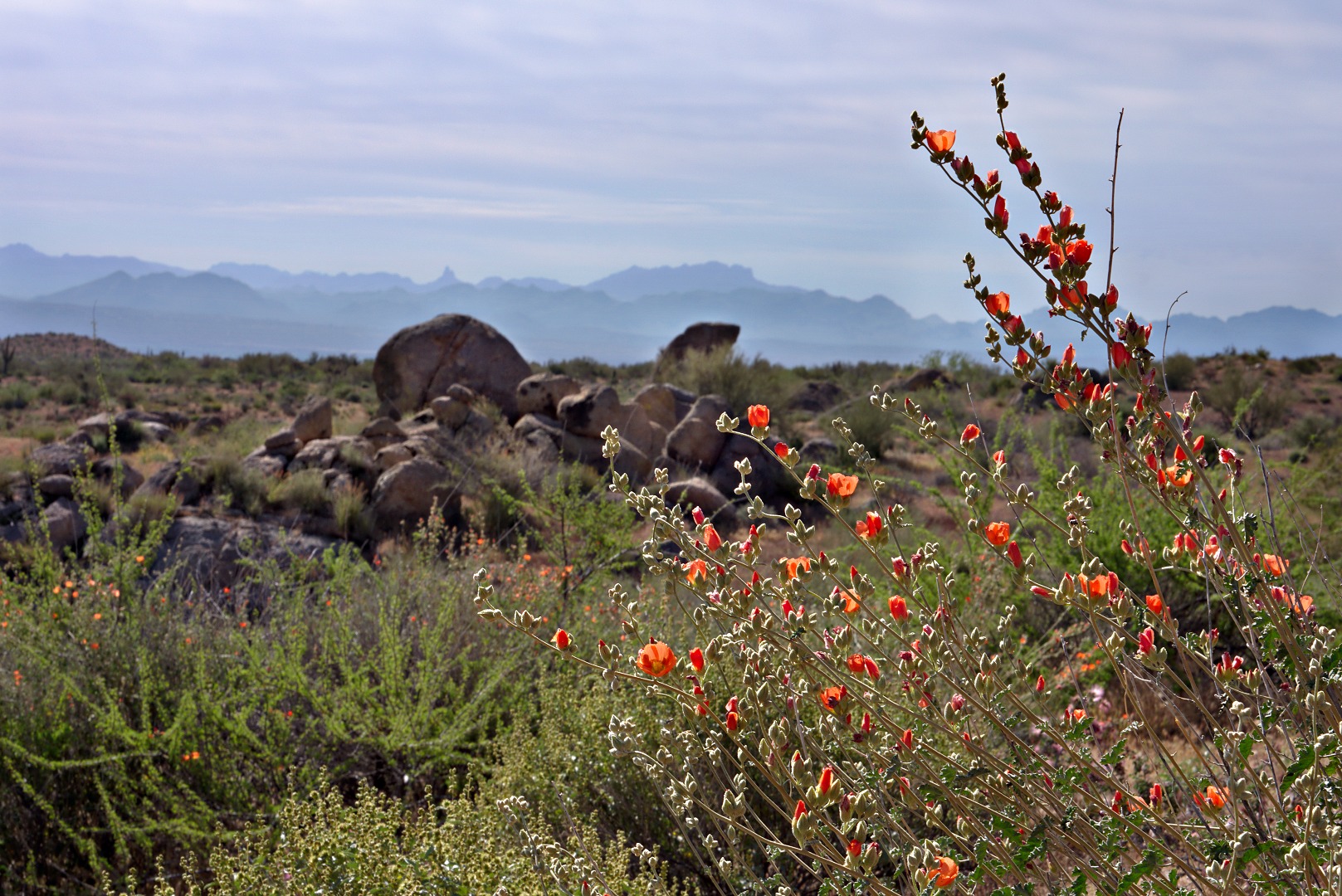 We hiked over ten miles.  Bob had to stop to give Sarge water several times. 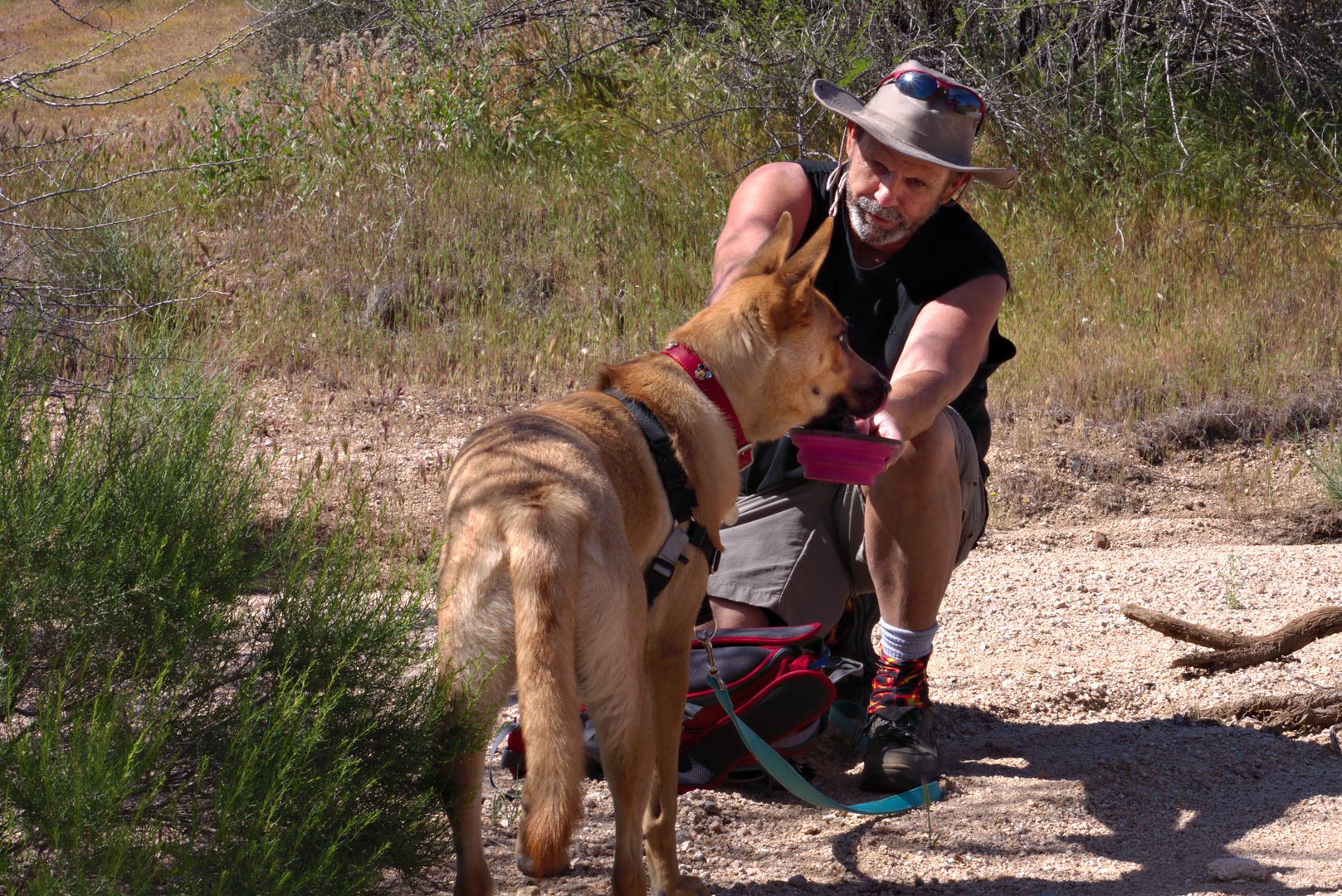 A saguaro at the top of a flower covered bank of a wash: 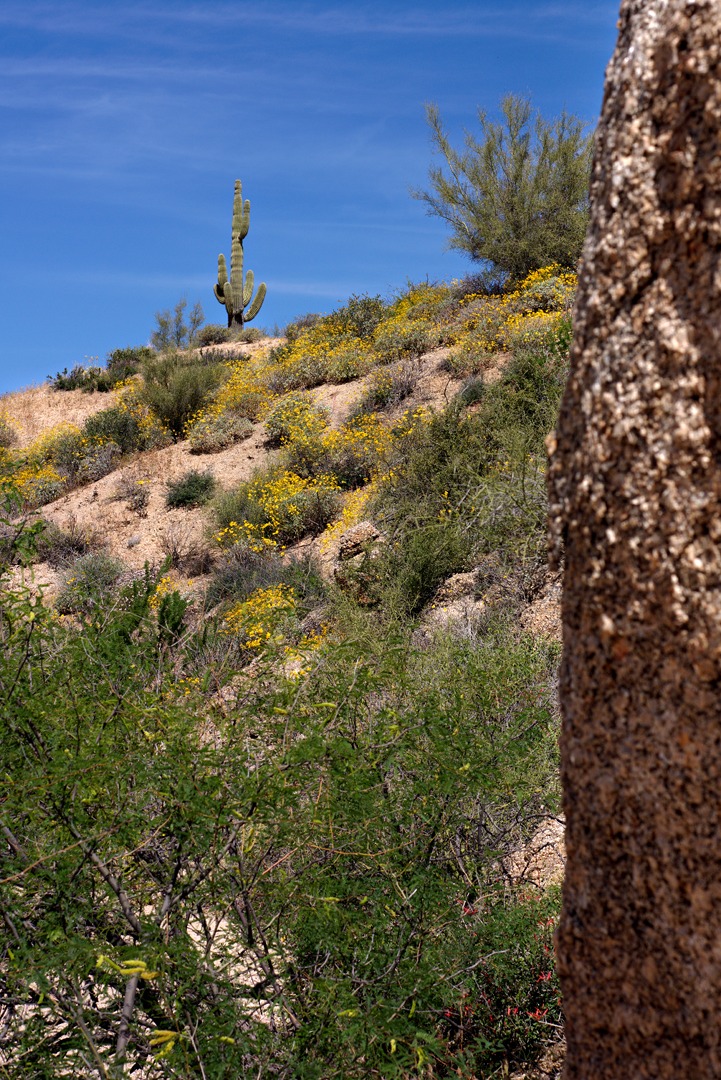 A view of the McDowells from a hilltop on the Granite Trail: 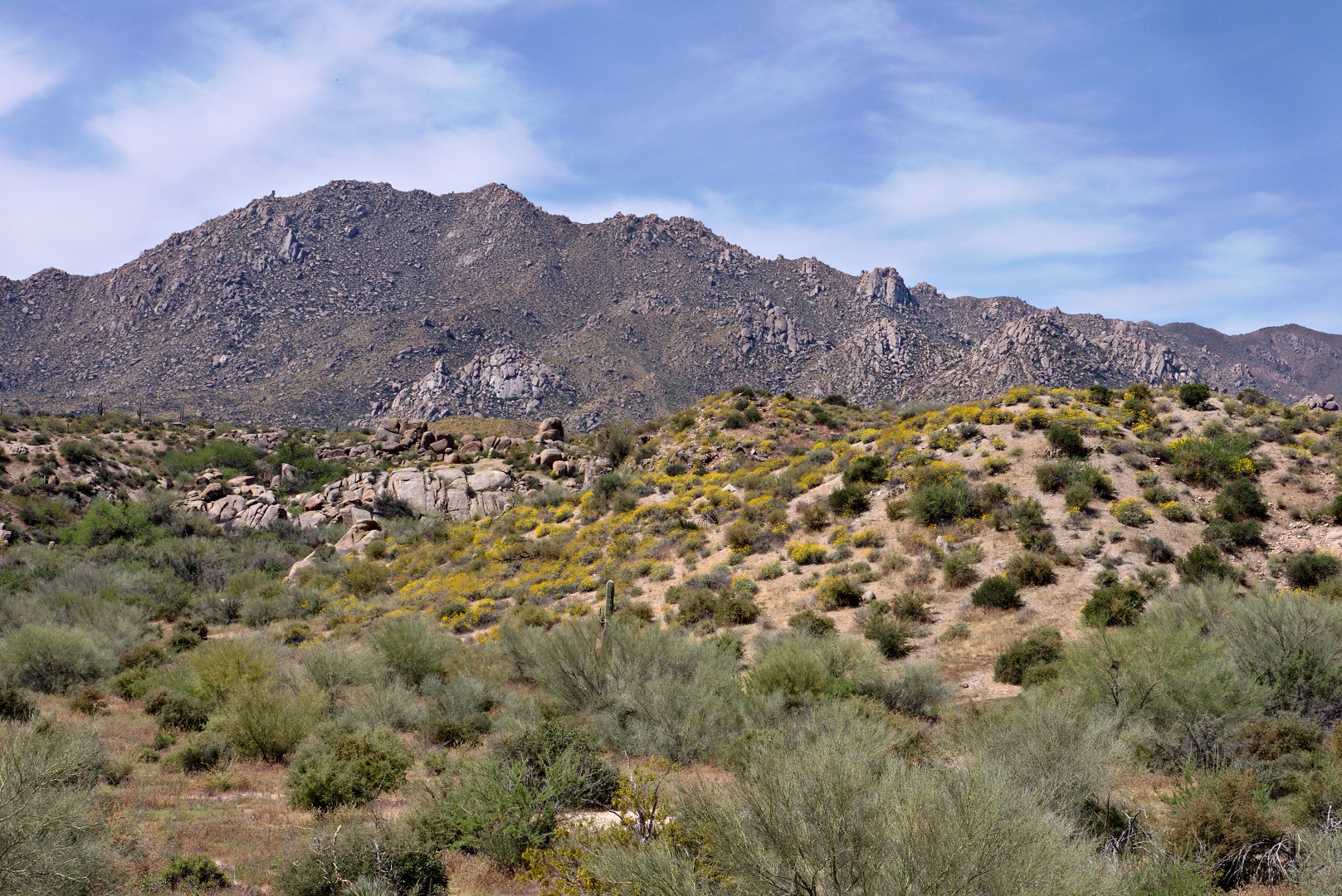 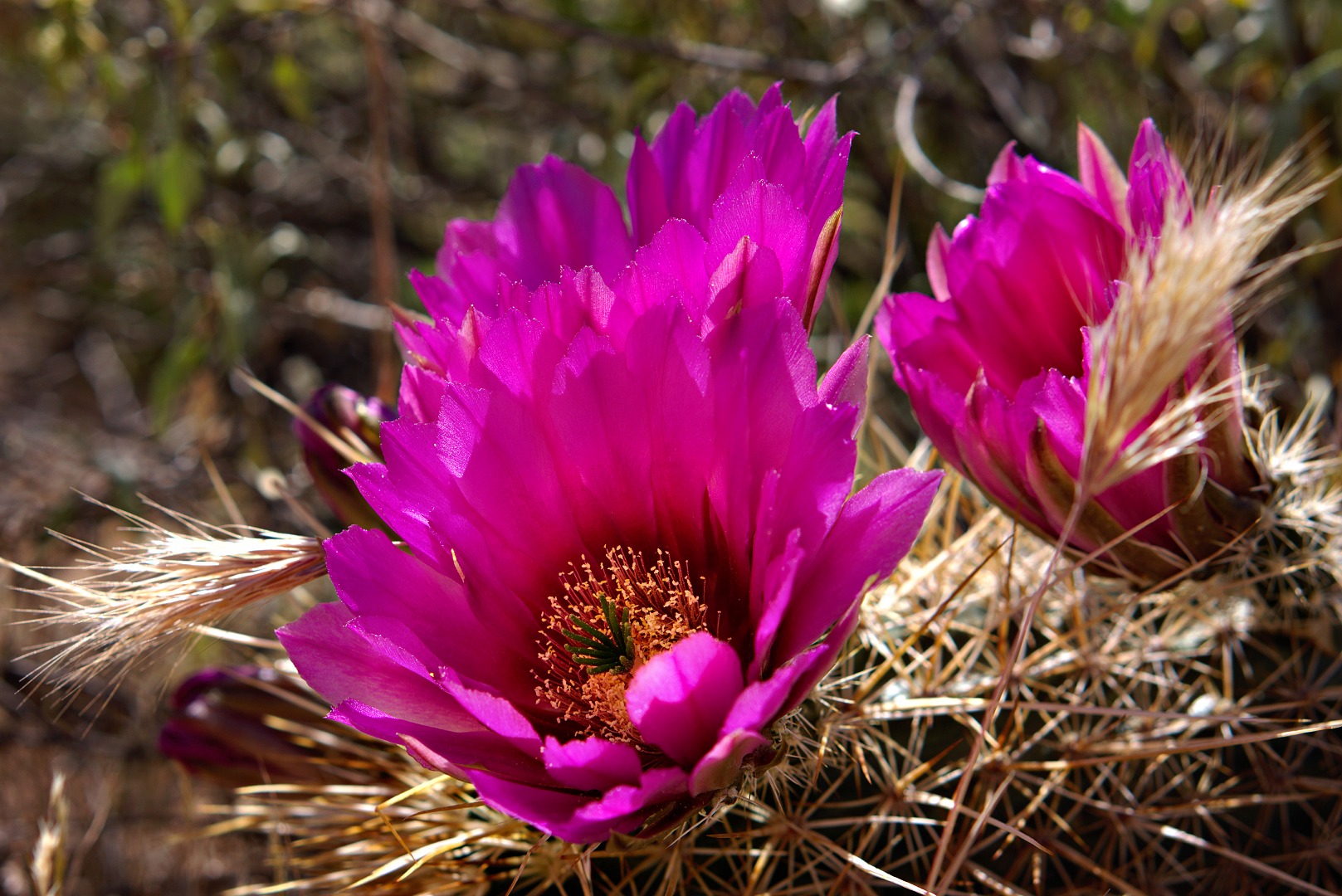 I have not been able to identify these flowers.  Anyone know what they are?

[Update: Amy tells me that these flowers are California buckwheat (Eriogonum fasciculatum).  She says that she likes to call them the “hangover plant” because tea brewed from dried flowers has been used as a headache remedy from drinking too much.] 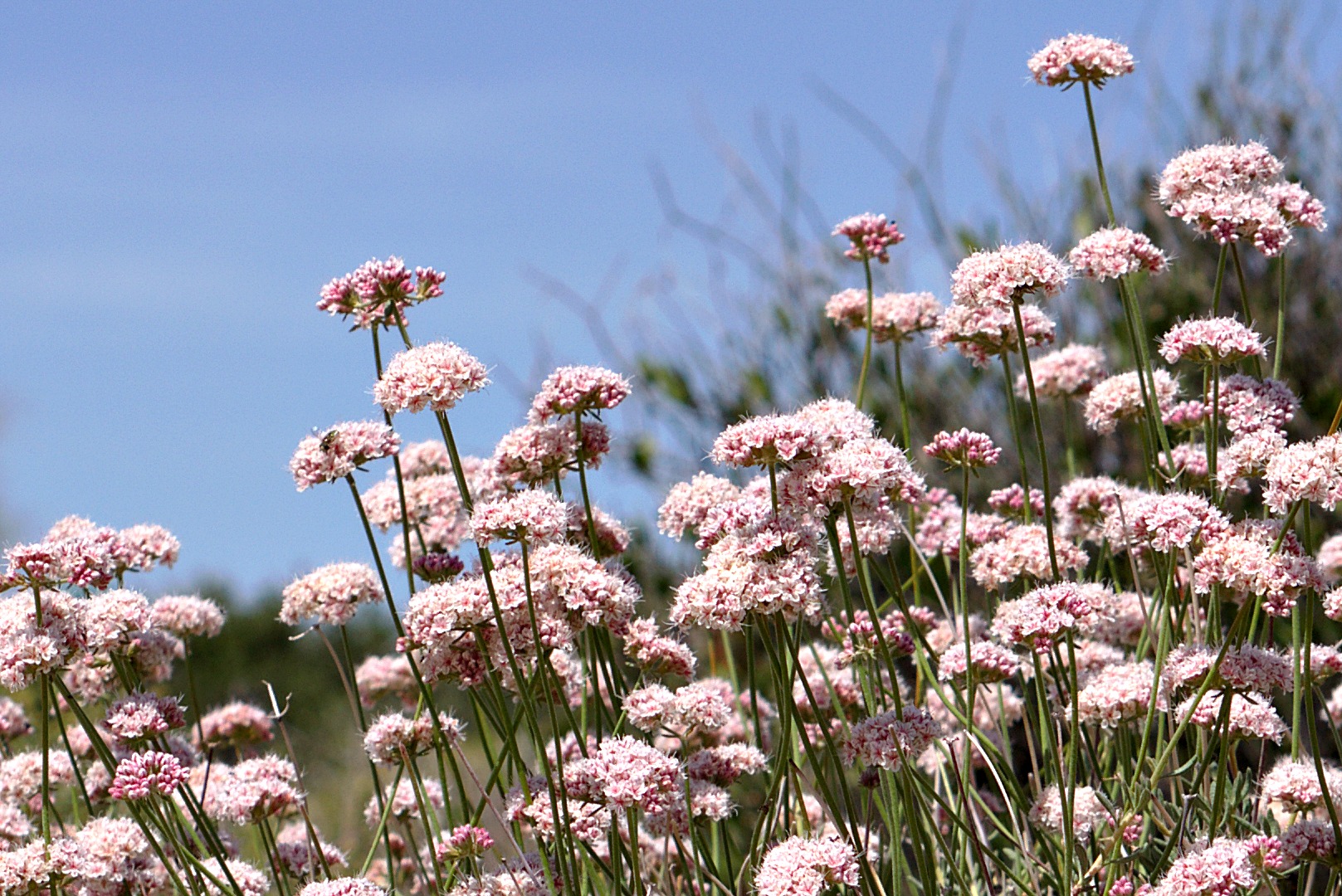 This is a view of the entire bush.  It’s the only one of it’s type that we noticed during our 10+ mile hike. 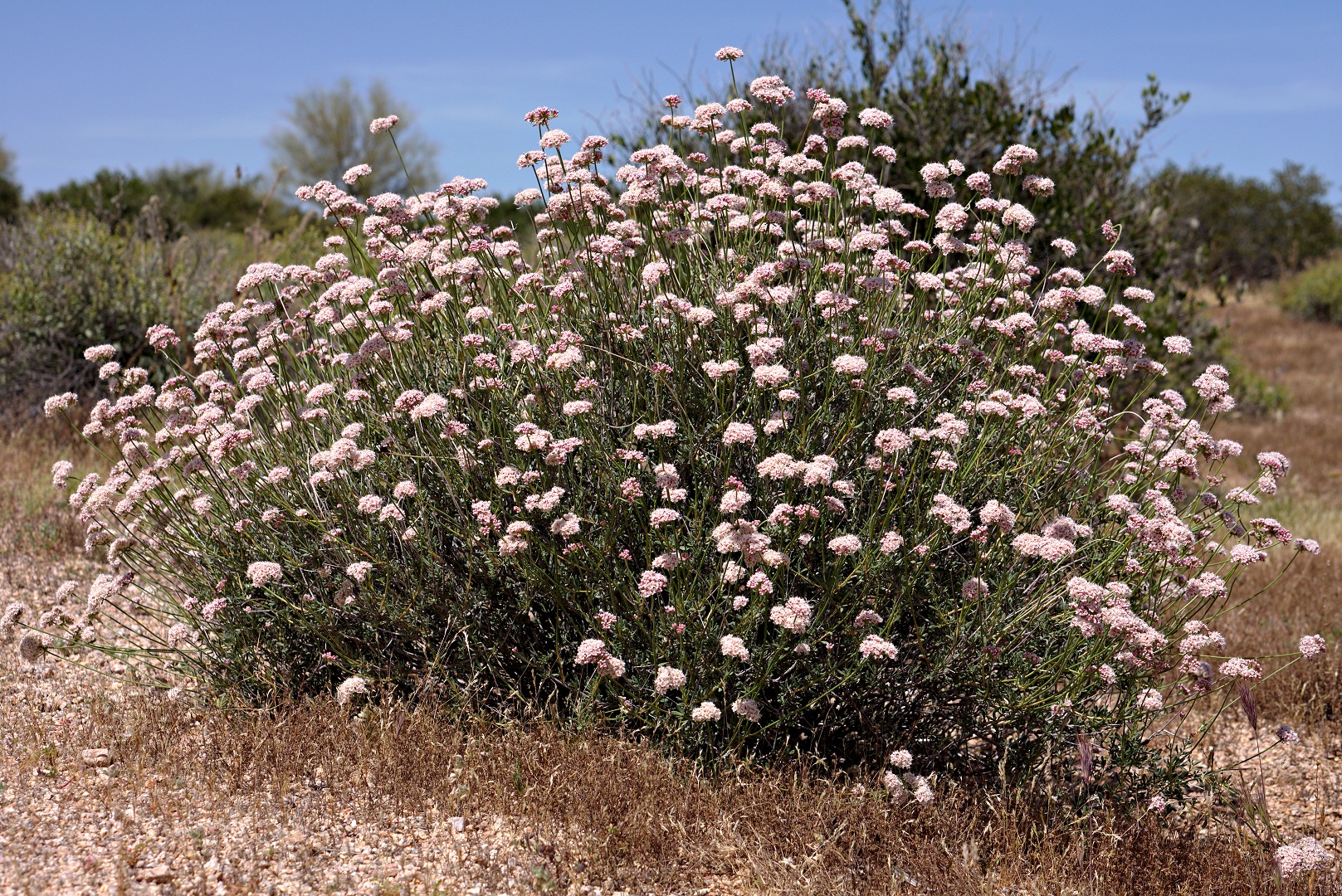