Bob, Sarge, Linda, Janet, Nick, and I met Friday morning to hike the Sunrise Trail starting at the trailhead at the far east end of Via Linda.  It was windy with a lot of haze.  We ended up hiking up to Sunrise Peak and then a bit beyond to the turnoff to the 136th St spur.  We hiked down the spur for nearly a quarter mile before returning.  Our total distance was six miles with a little over 2000 feet of total ascent. 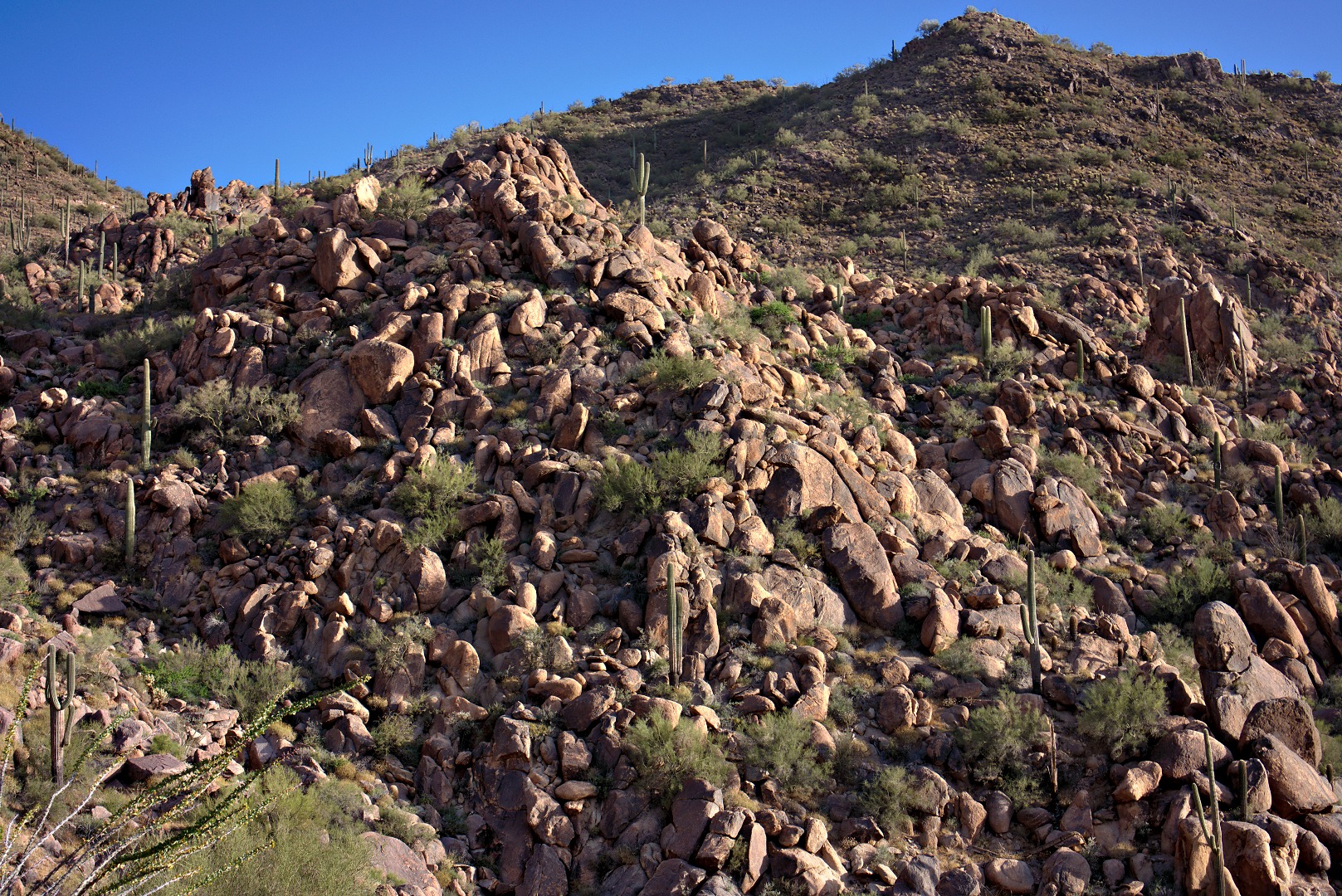 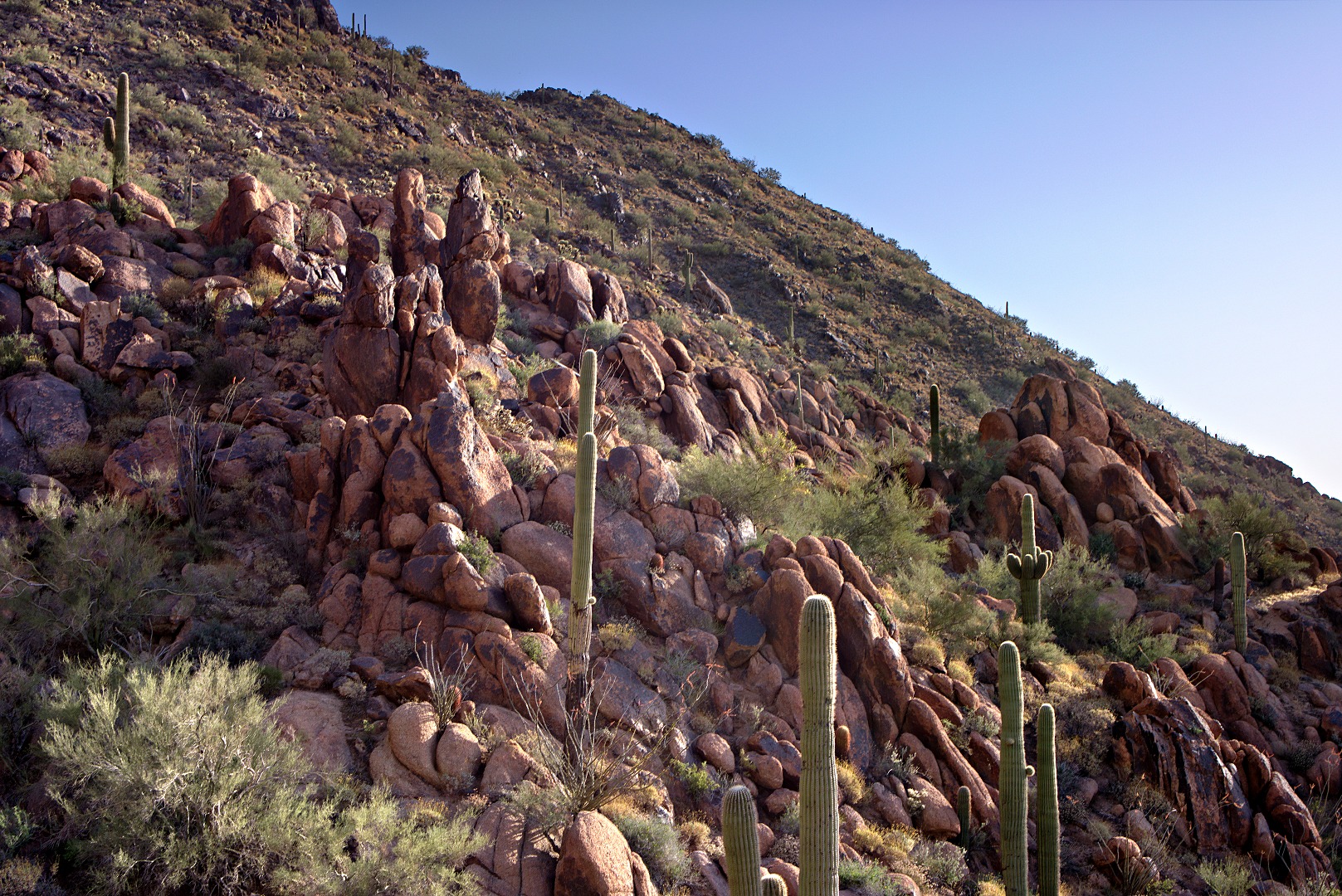 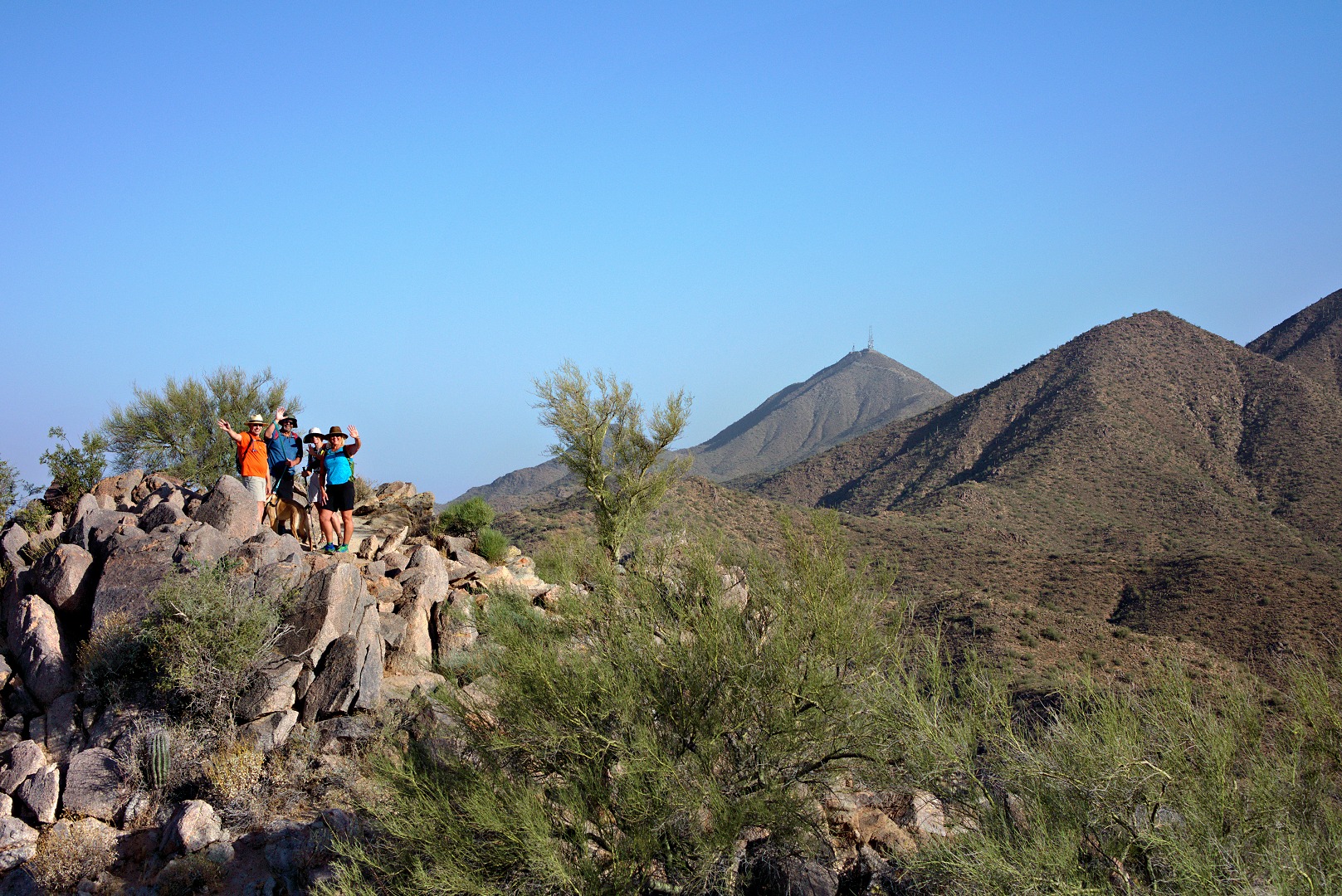 Linda took this photo of me and Janet: 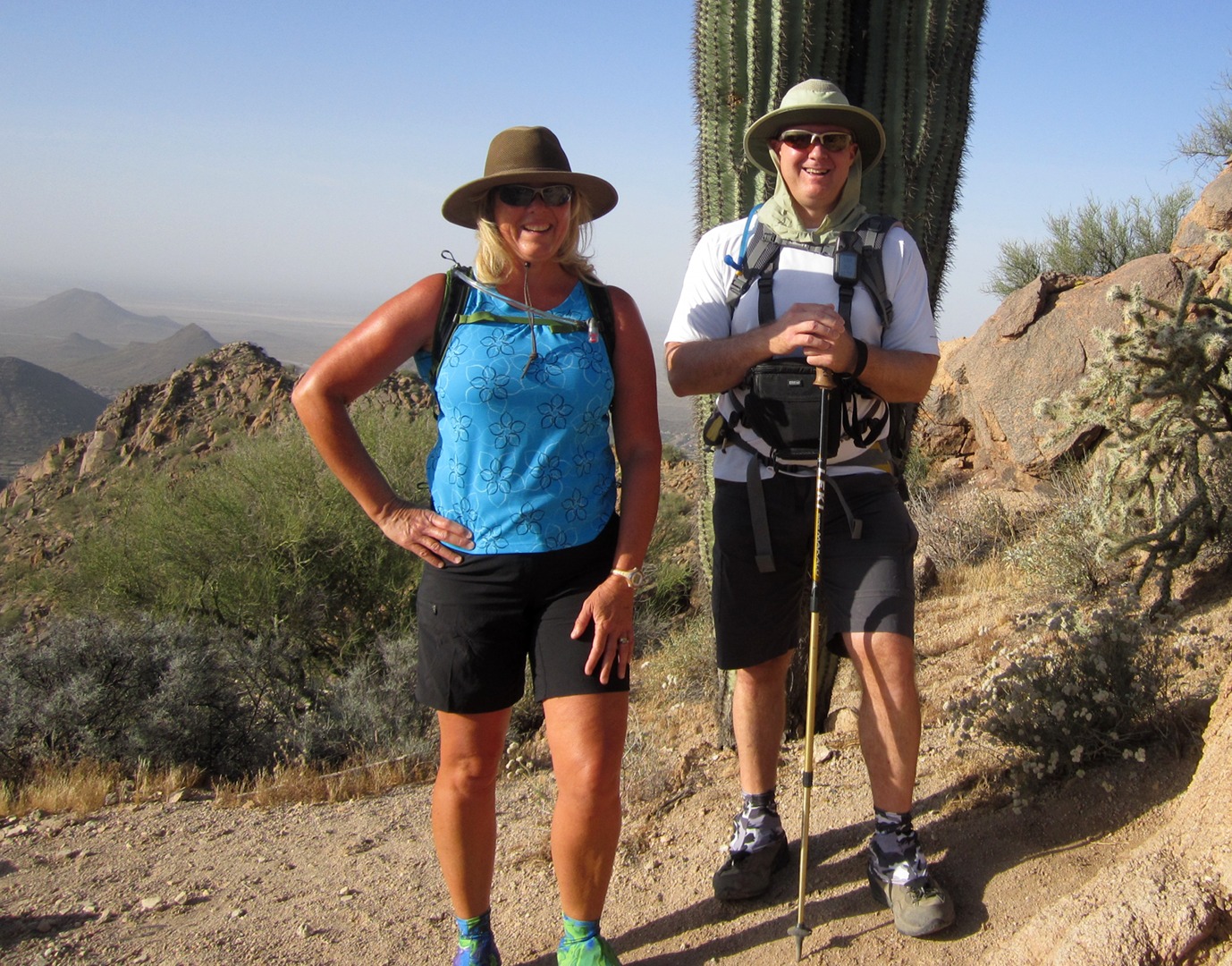 After reaching the top, we descended and walked over to this hitching post. 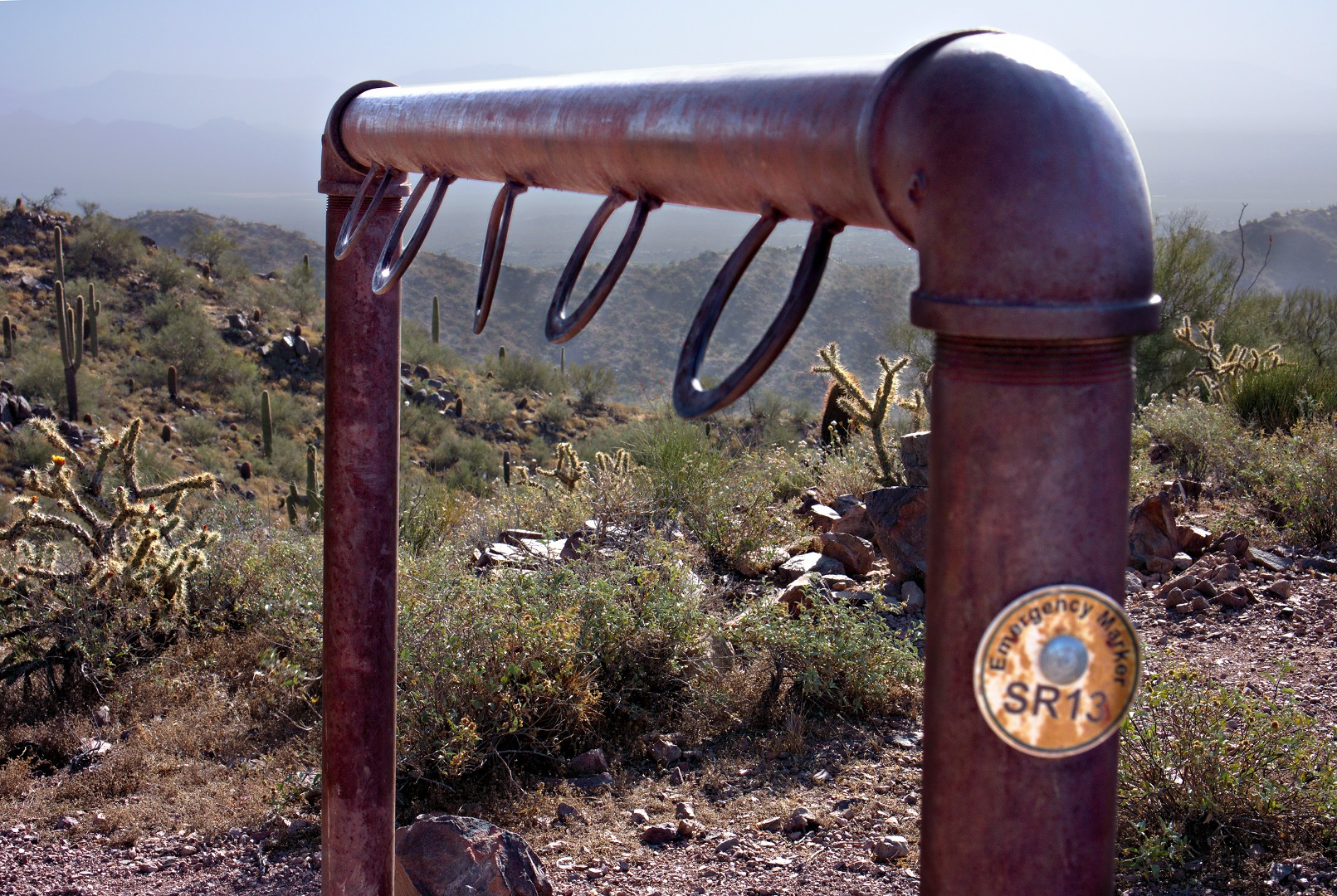 Sarge, with Sunrise Peak in the background: 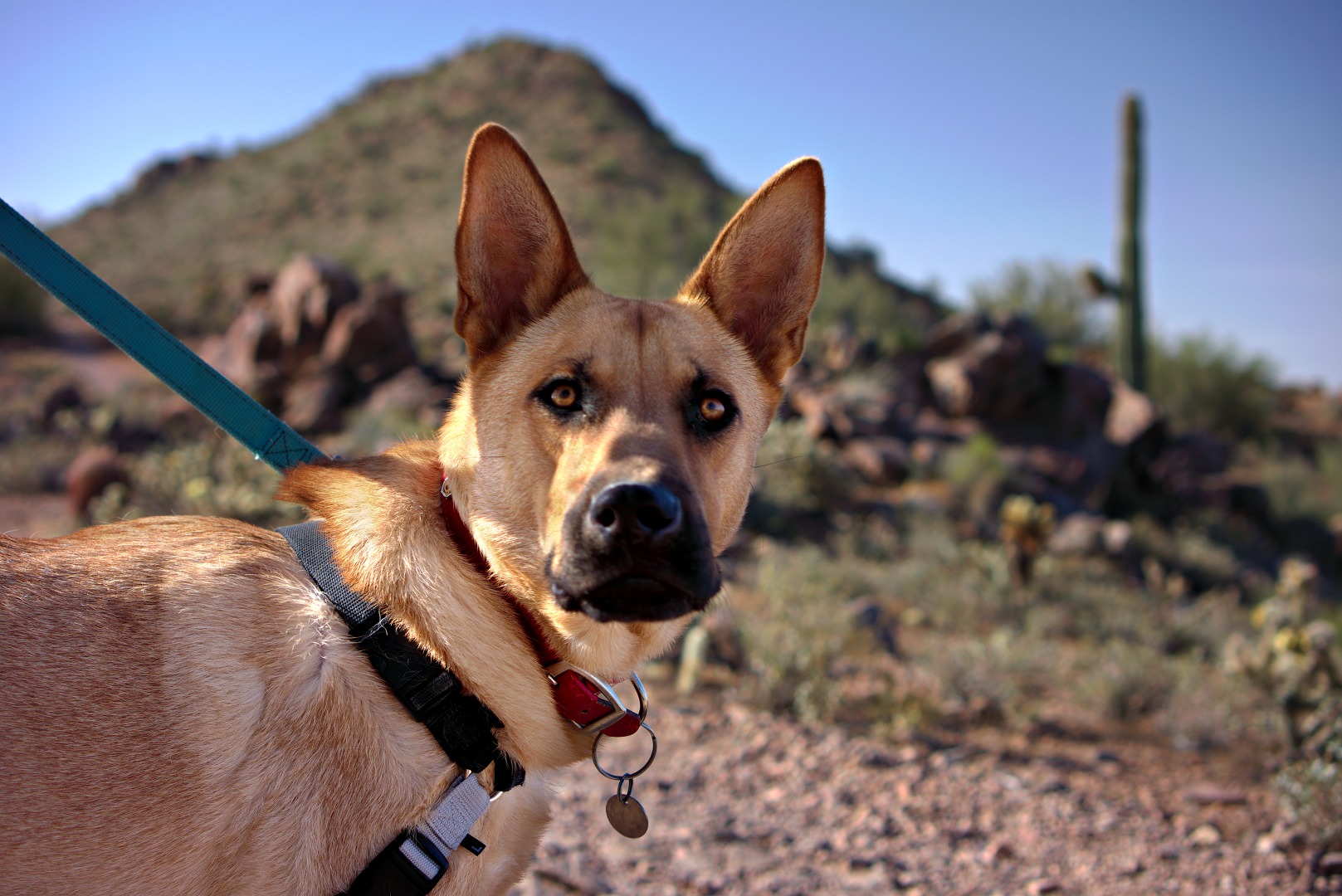 We saw a four-headed barrel cactus on the way back.  (It may four separate ones that grew too close together.) 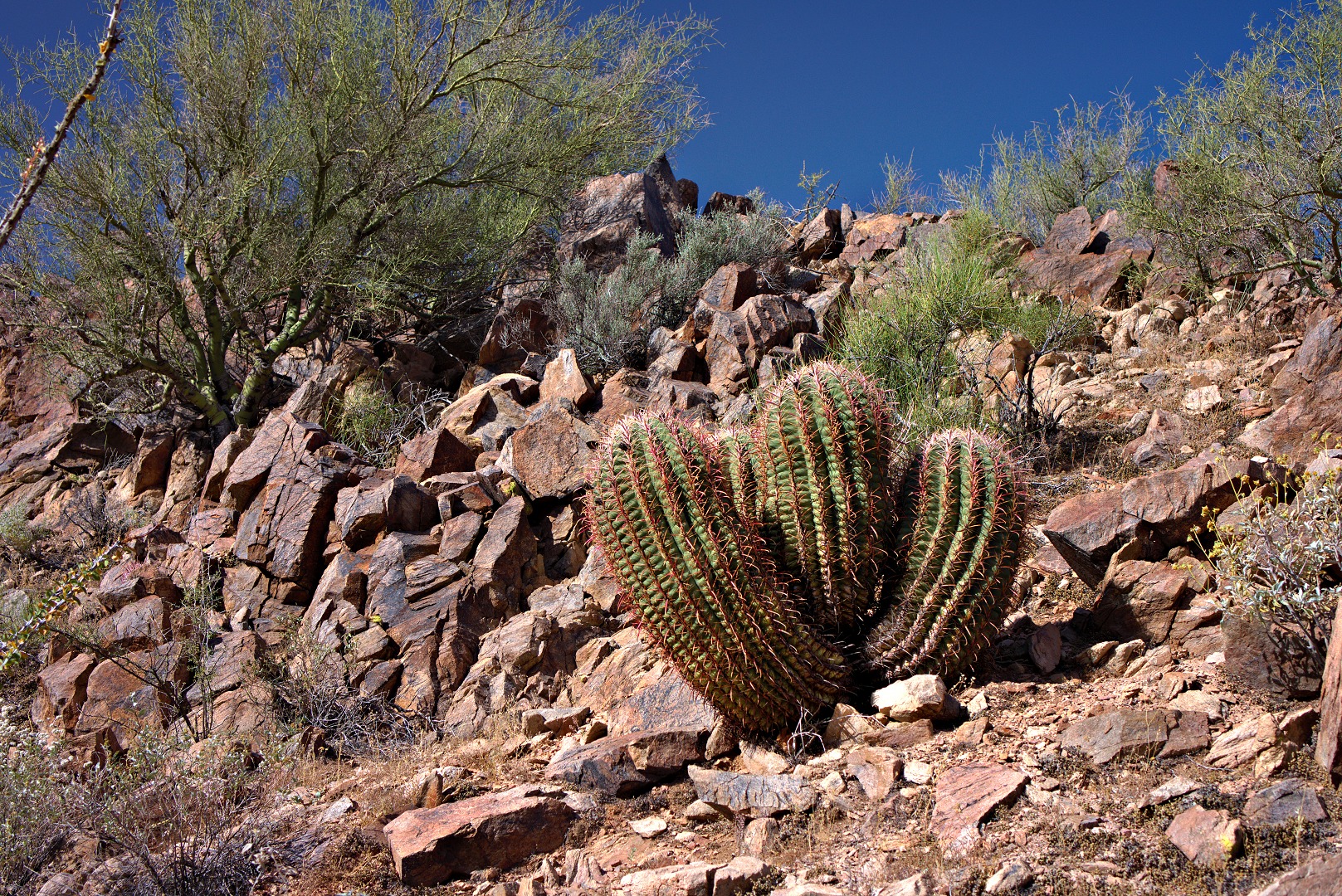 Red Mountain was difficult to see through the haze.  We should be able to see some of the Superstition Mountains too, but they’re not visible at all. 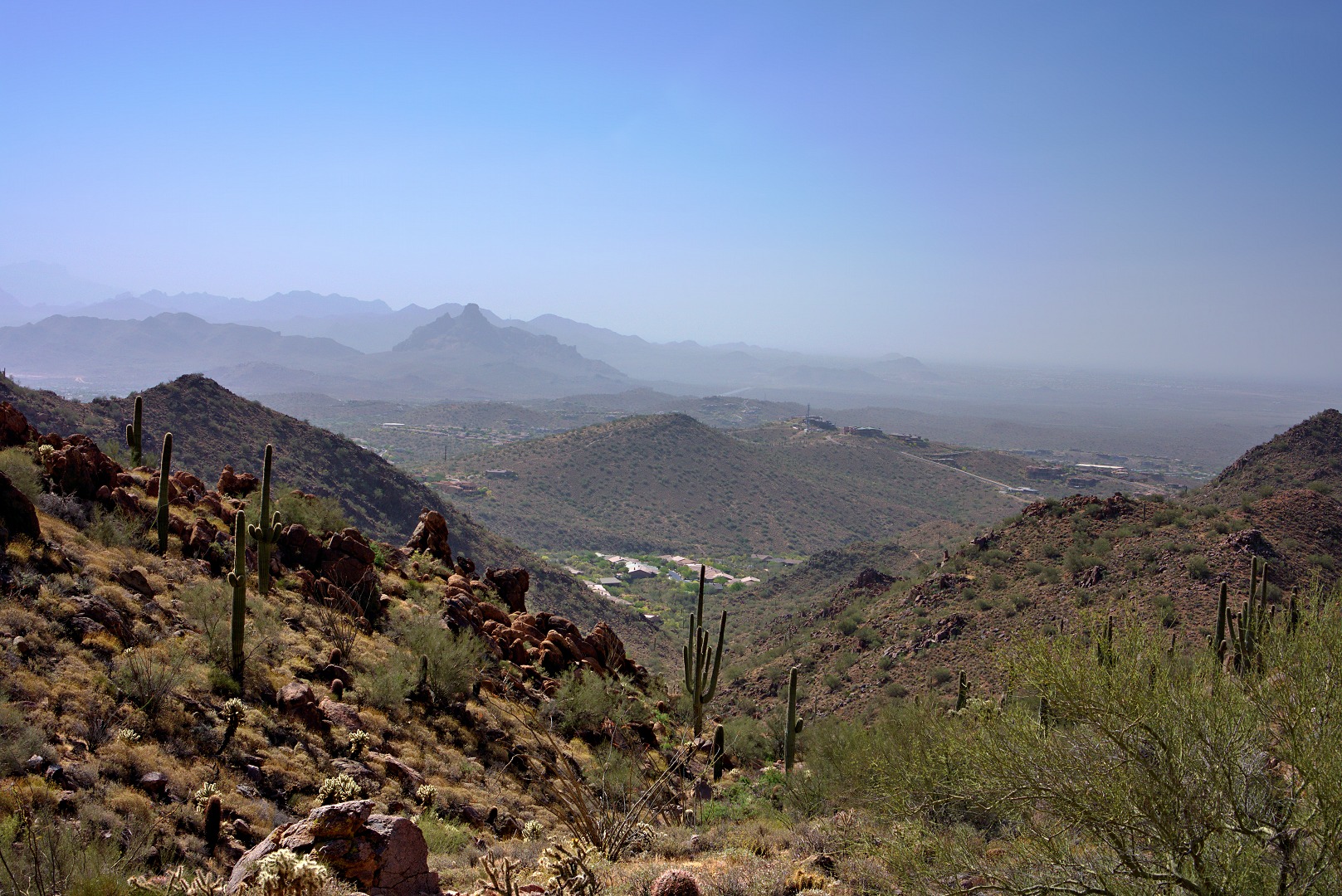 A view on the way down.  The blurred bush off to the right is due to the strong winds; the shutter speed was 1/60 sec, but this was not fast enough to freeze the motion. 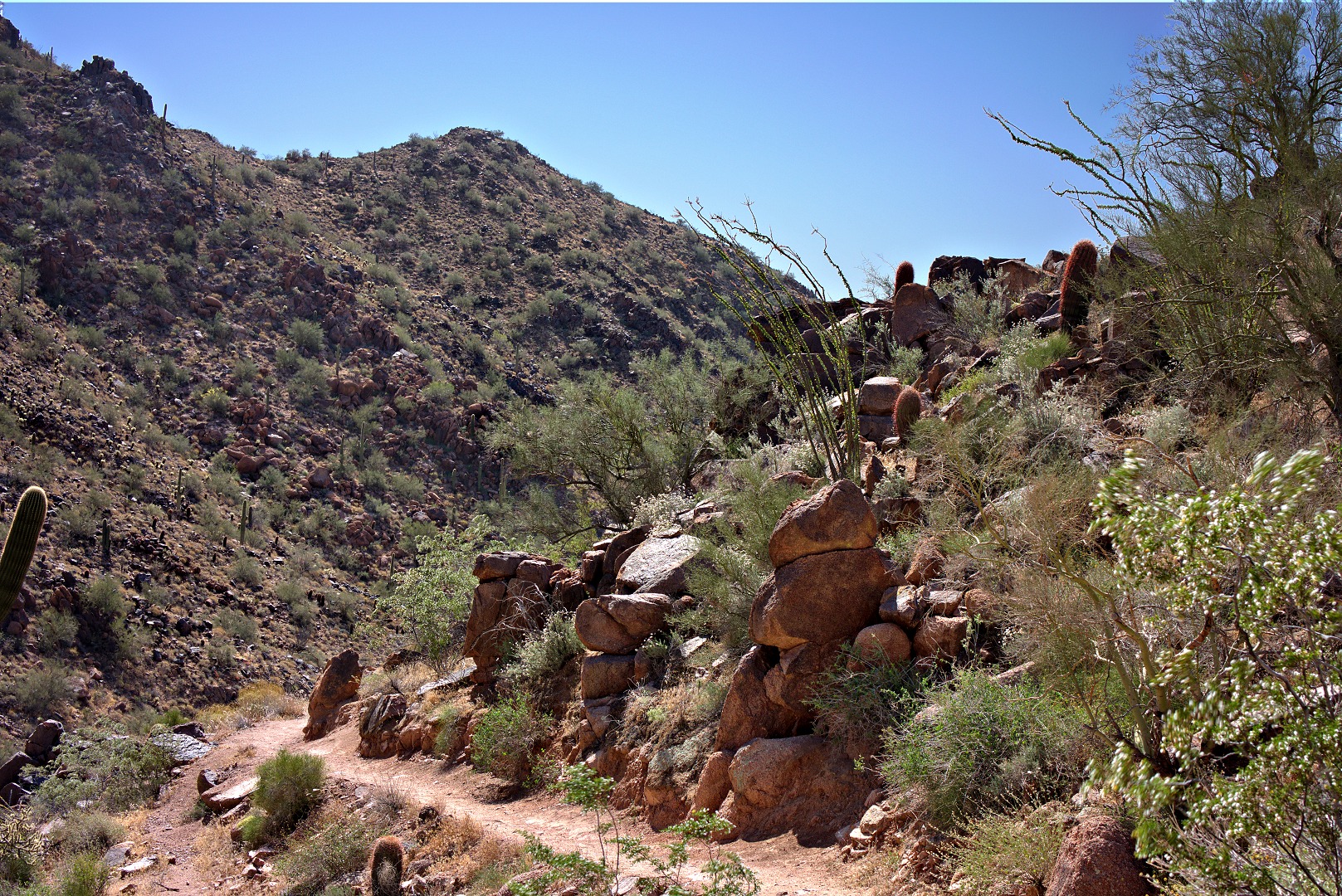 Bike Ride on the Pemberton 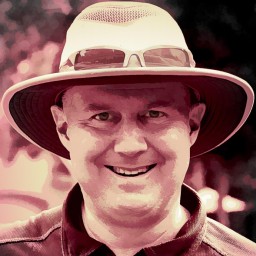