Marilyn and I hiked 9.5 miles on the Pemberton and Tonto Tank Trails. We saw more fire damage from the Pemberton – see my earlier post for those photos.

Haze on the horizon made the rising sun look more like a moon.  It may actually have been redder than shown in this photo. 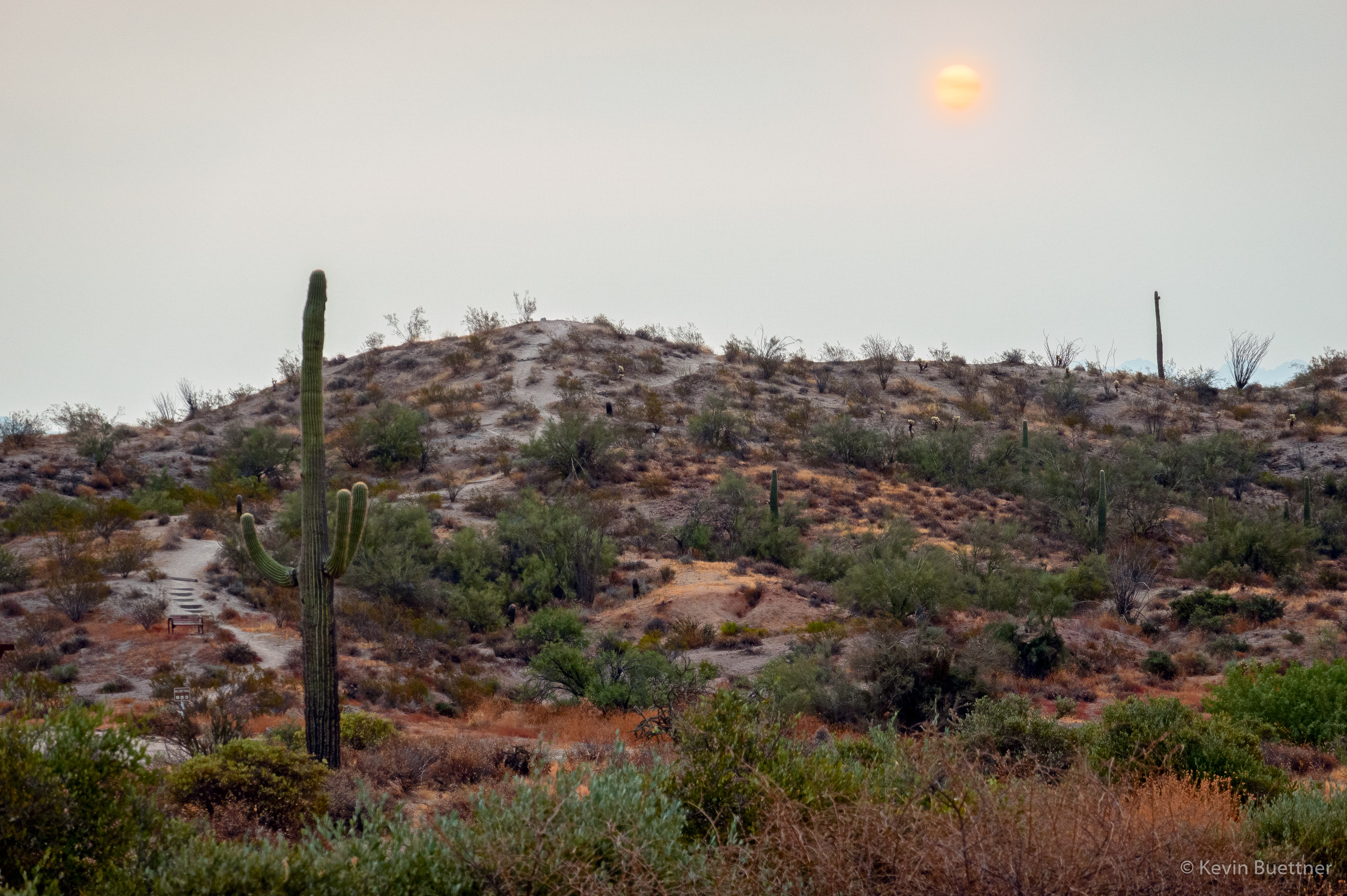 Looking toward Four Peaks on the Pemberton Trail: 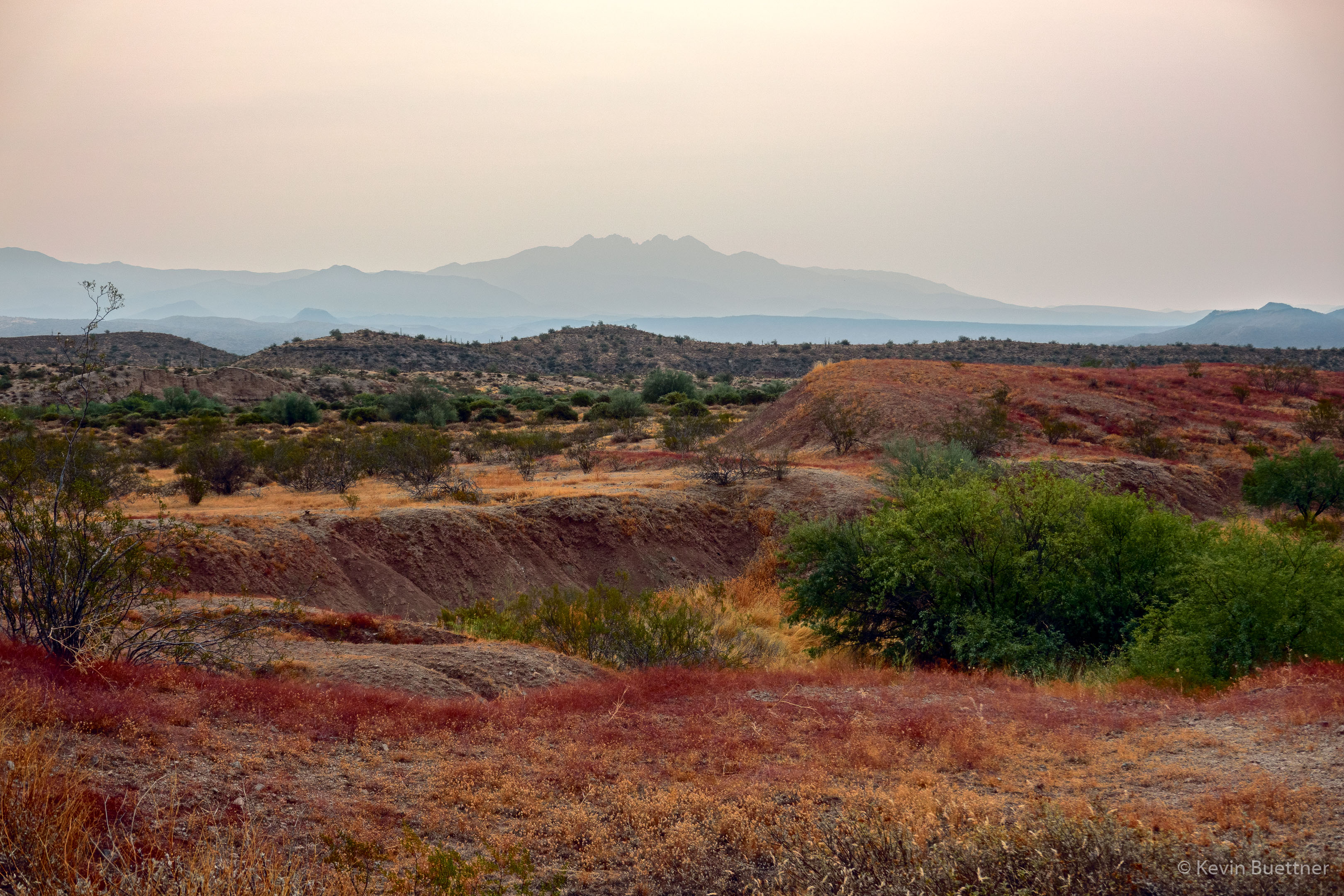 We encountered a horse and rider on the Pemberton. 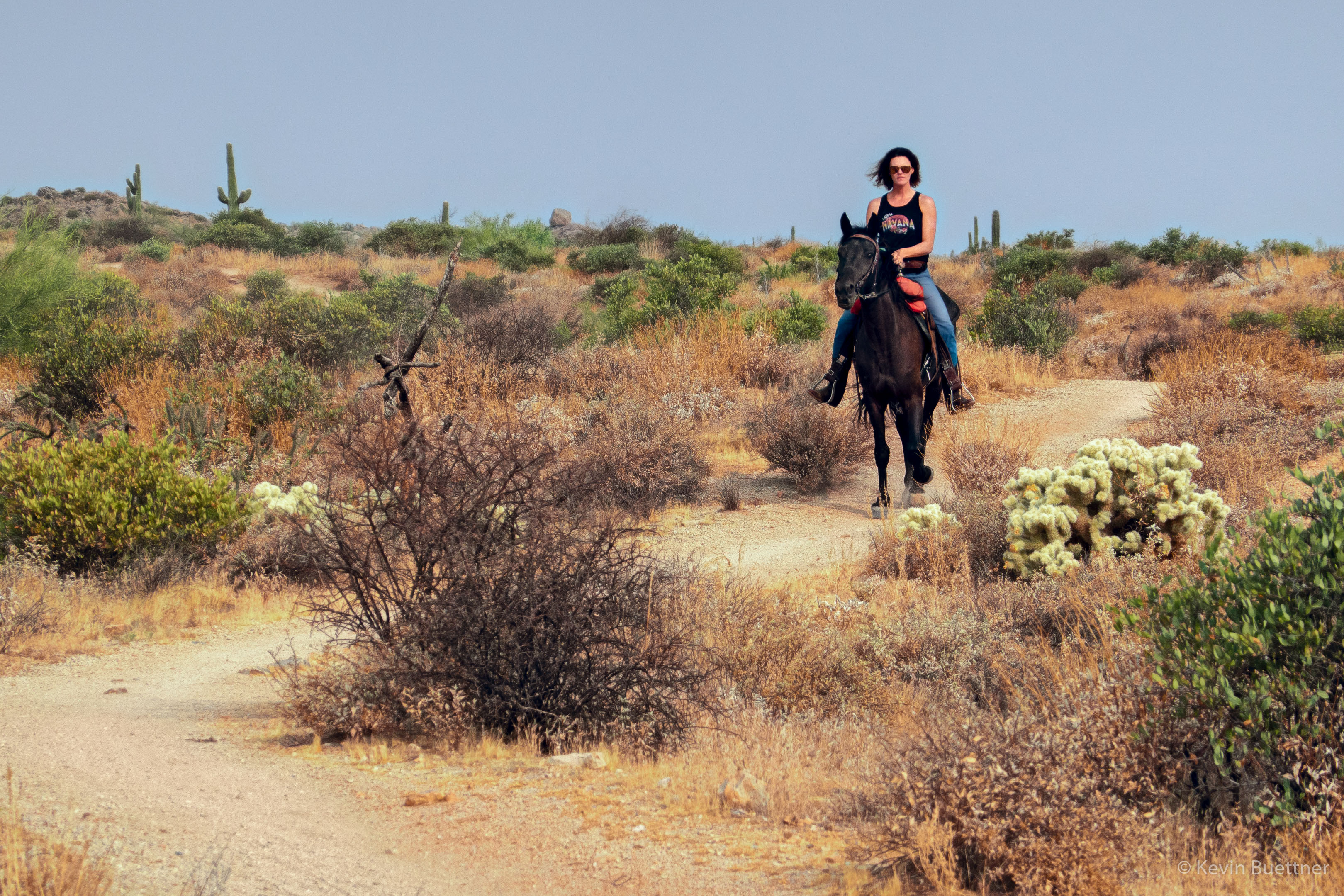 This rattlesnake was laying across the Tonto Tank Trail as I approached it.  I pointed it out to some bike riders as they approached; they stopped in time. Despite yelling out, “Snake! Snake!” several times a rider approaching from behind did not hear me and came within inches of the snake. It started rattling like crazy after that. 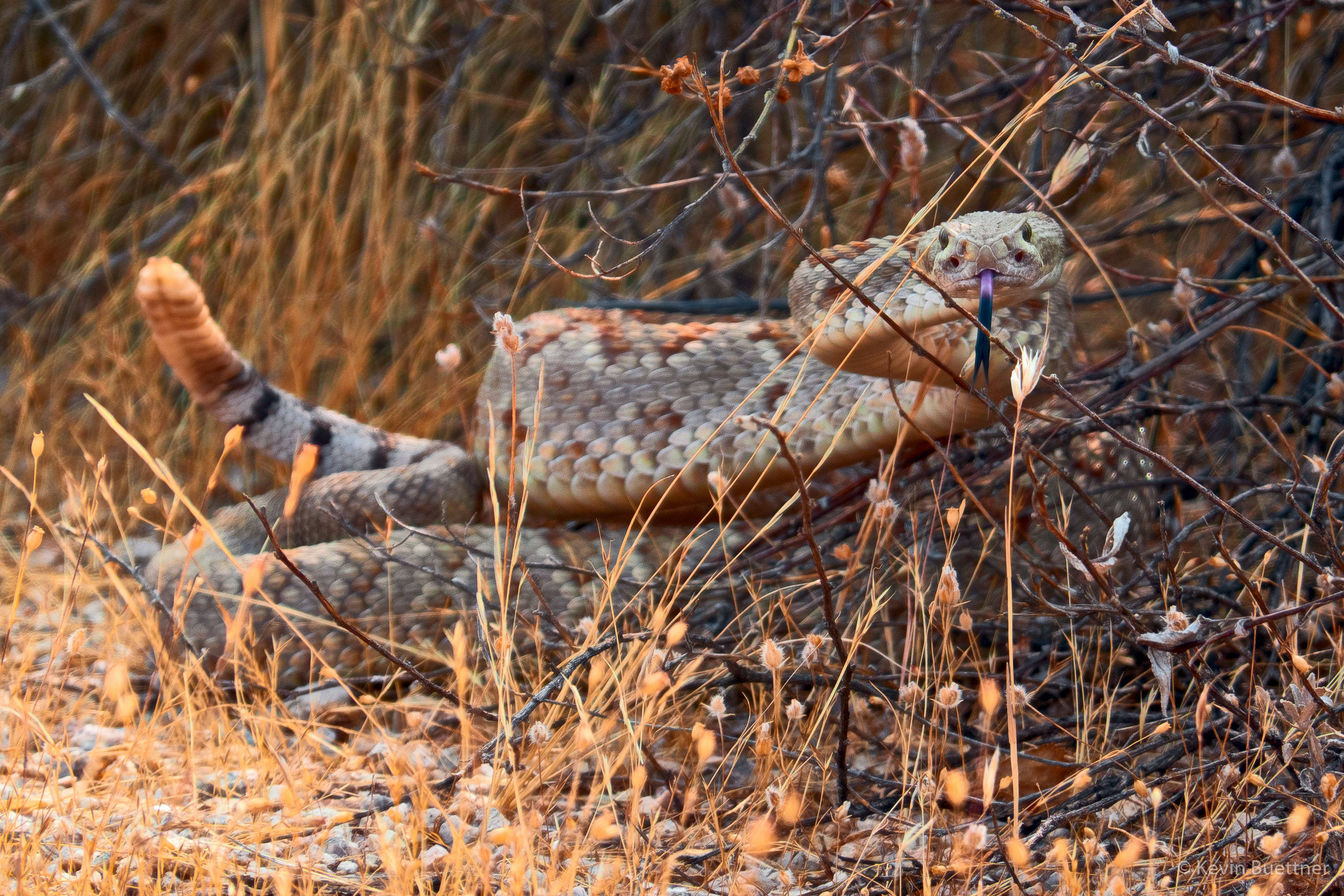