Marilyn and I hiked 7.5 miles on Saturday afternoon.  We hiked a similar route to that from two weeks earlier, when I had last visited the park. I’ve been trying to pick routes where we won’t see that many people.

MMRP’s hours have changed so that the park closes at 6:00 PM.  Signs at the entrance indicate that the gates are closing at that time.  In theory, it’s still possible to get out after 6:00 PM, but I’ve not yet put that theory to the test.  I’ve been careful to limit the length of my hikes so that I finish before closing. 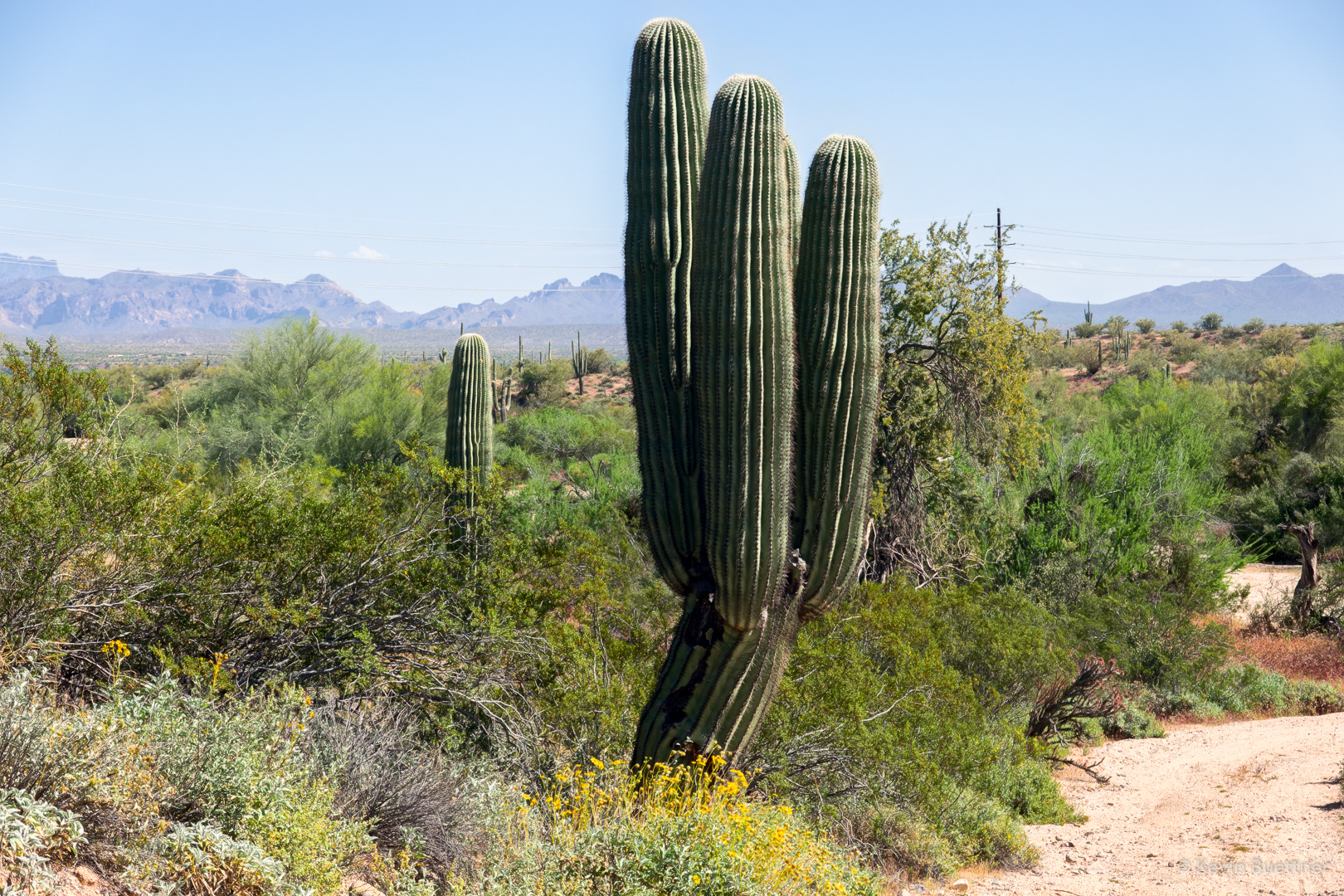 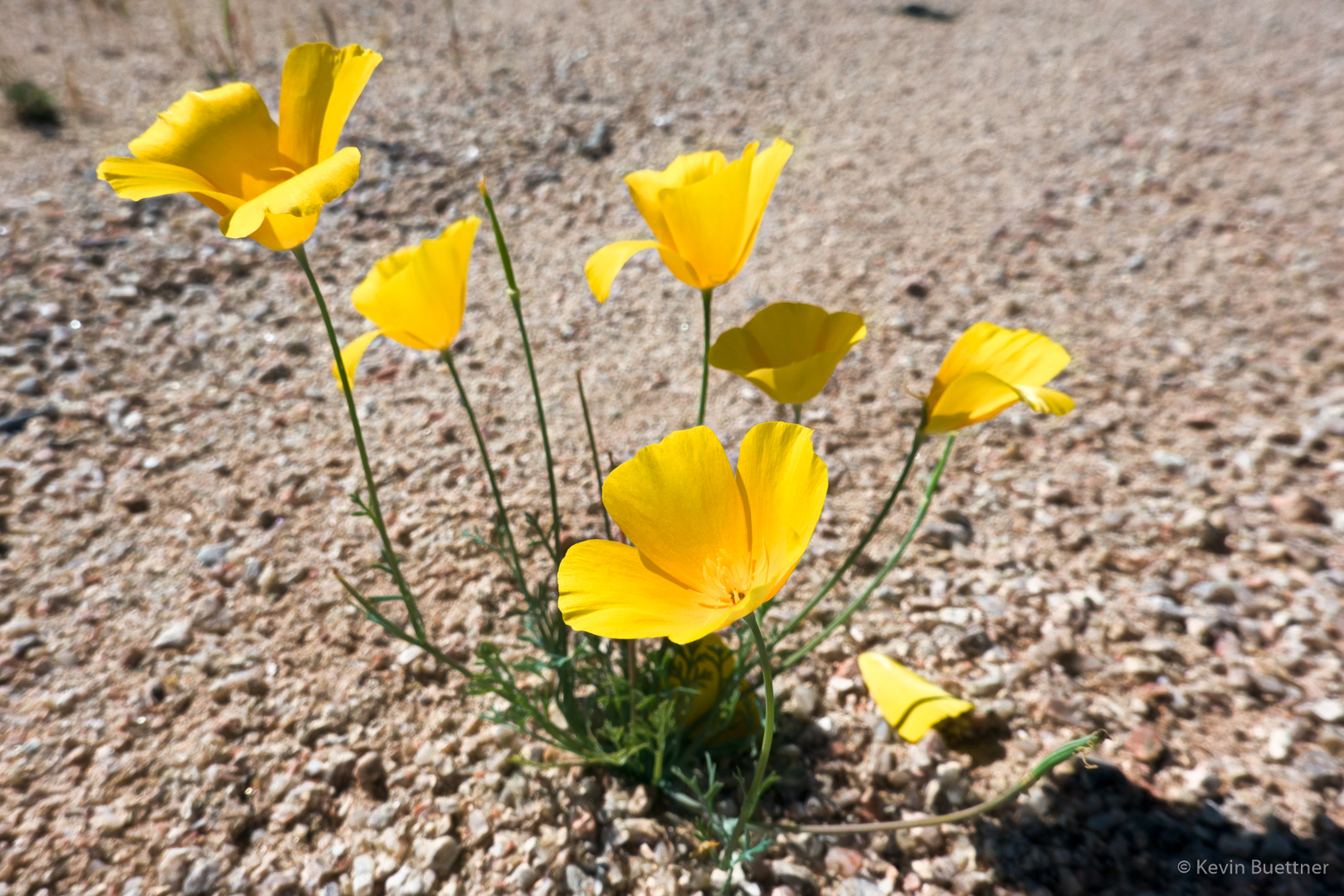 One of many dead trees in the wash: 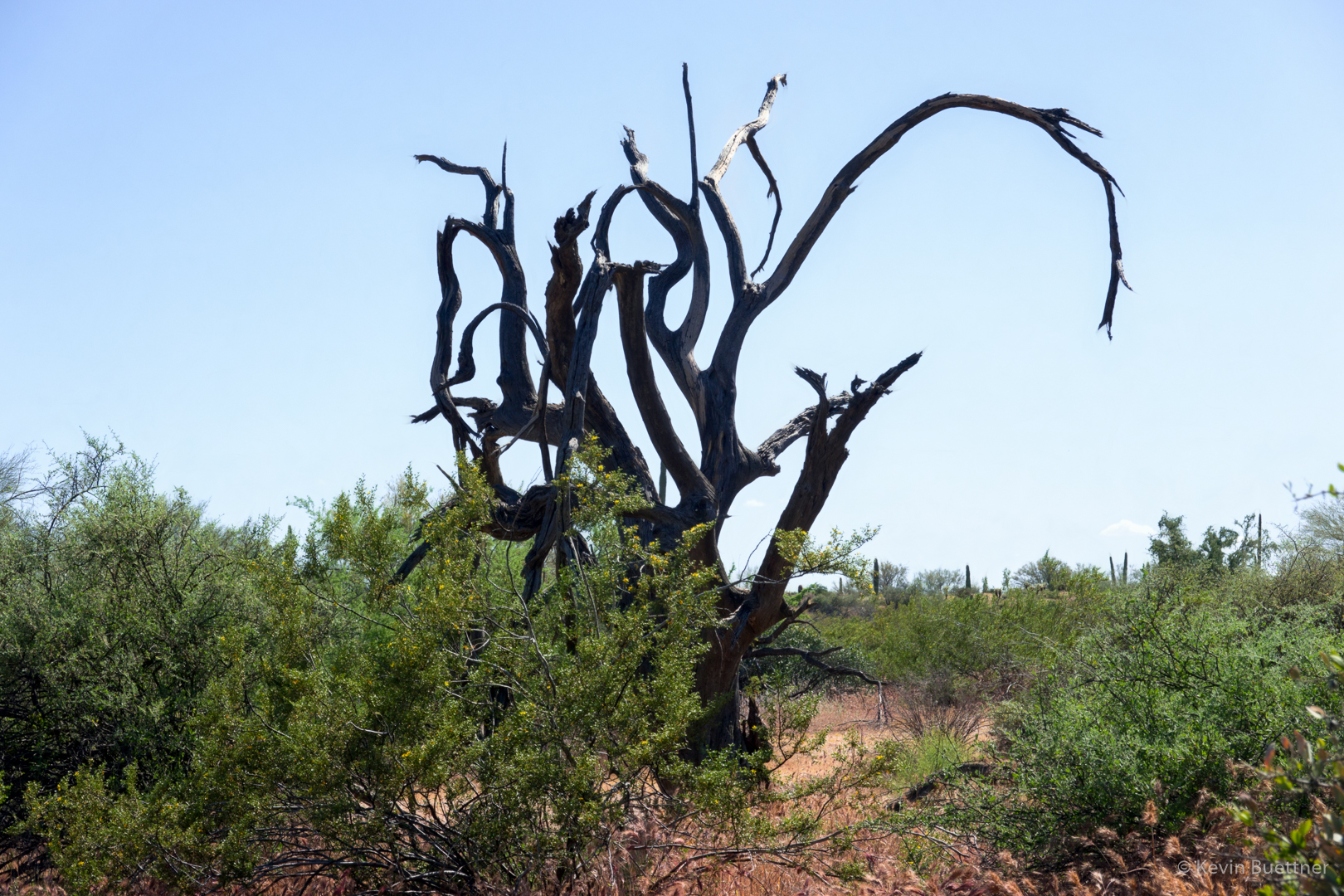 New growth on a buckhorn cholla: 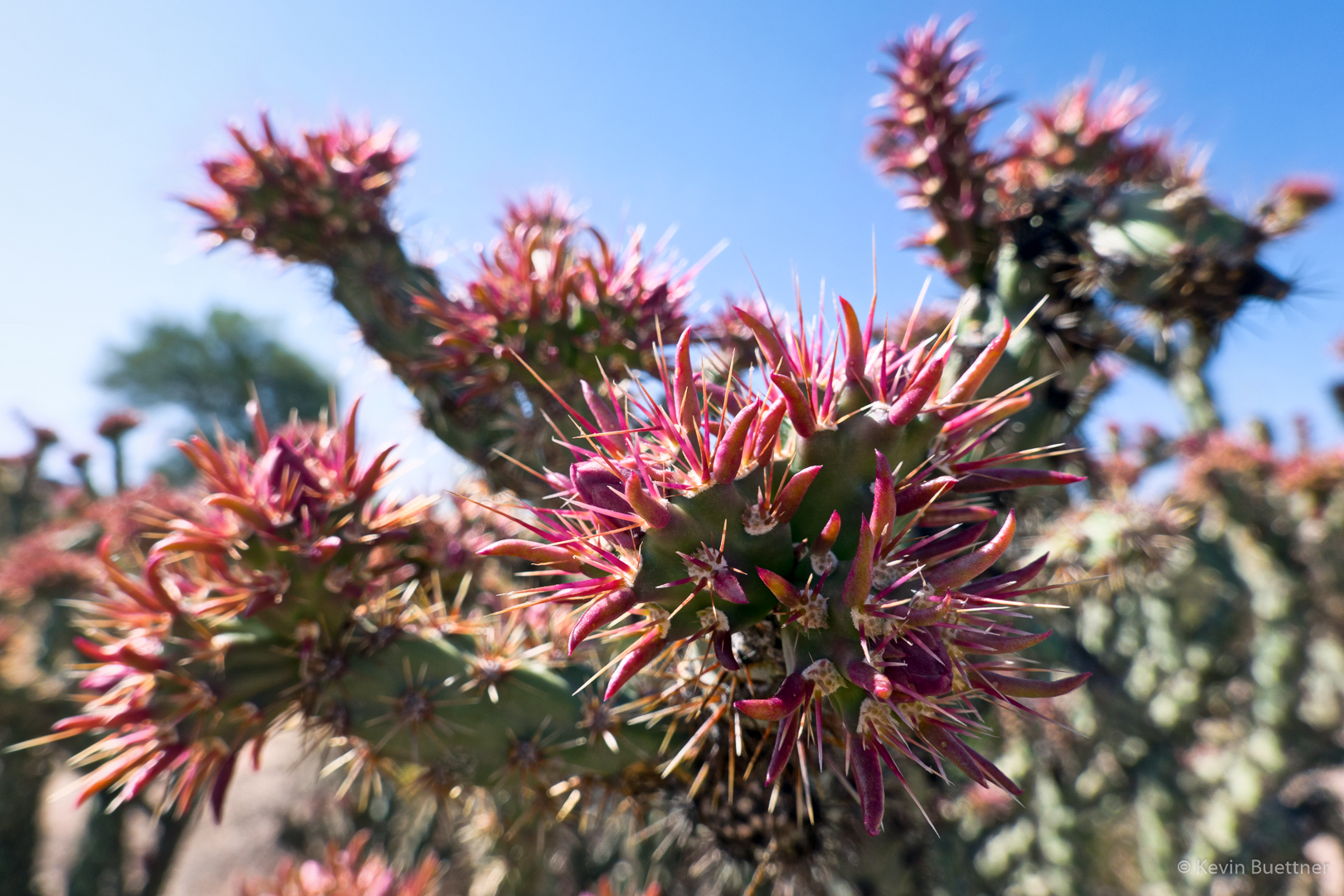 This tree is the landmark that I look for as I near the point where the Long Loop crosses the wash. We saw three cyclists on the Long Loop as we approached. 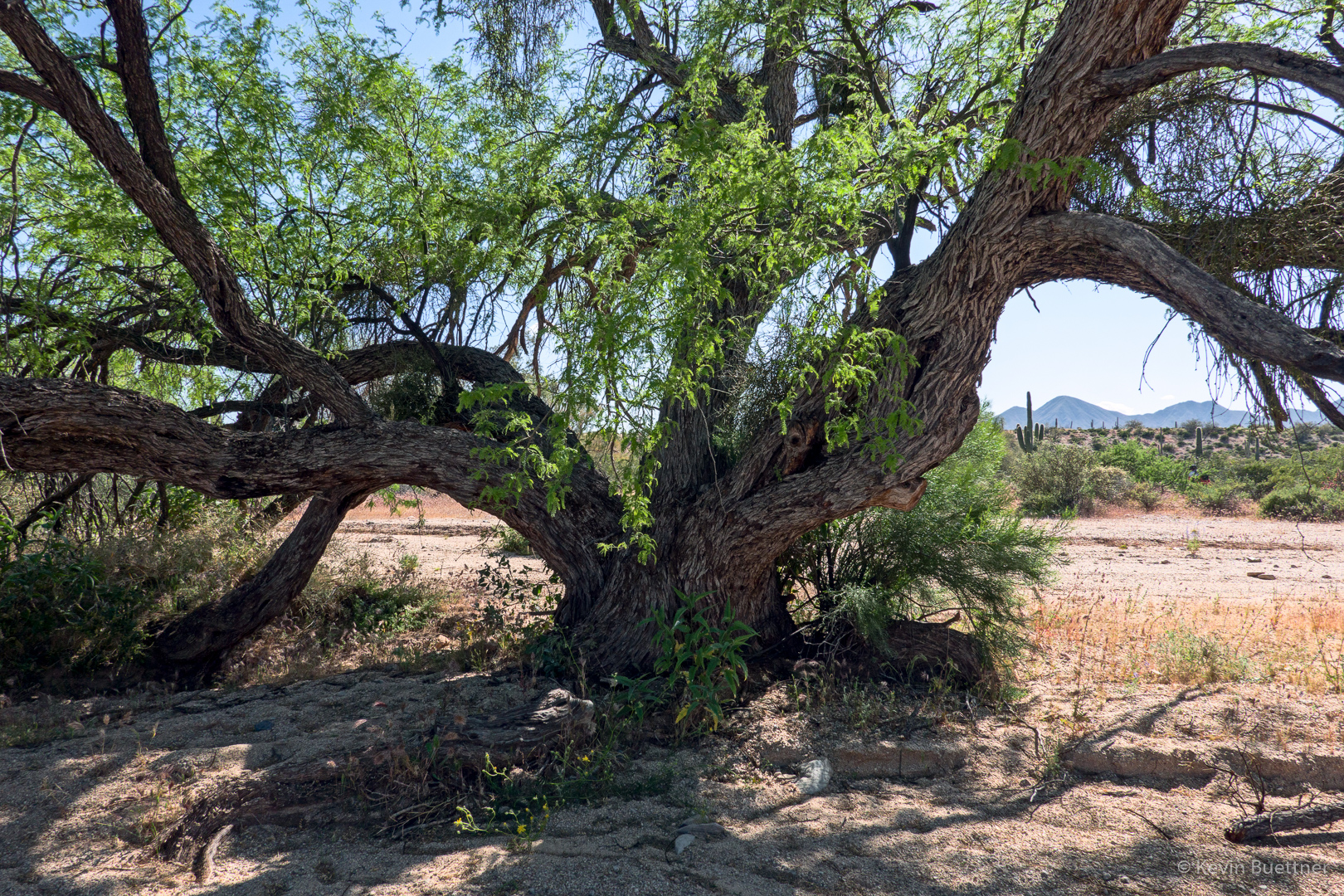 I think this might be miniature woolystar/woolstar.  Probably the most I’ve ever seen in one place. 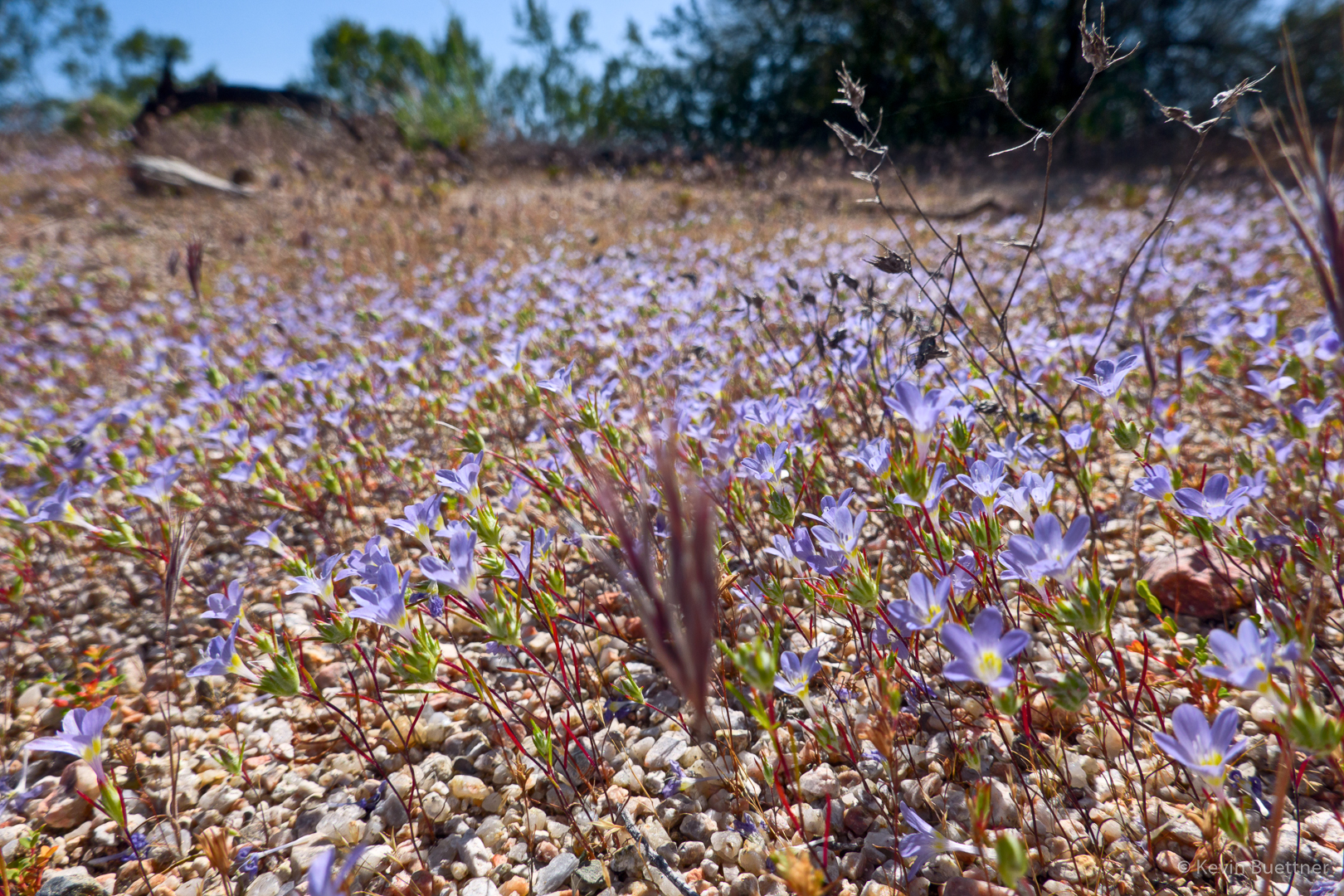 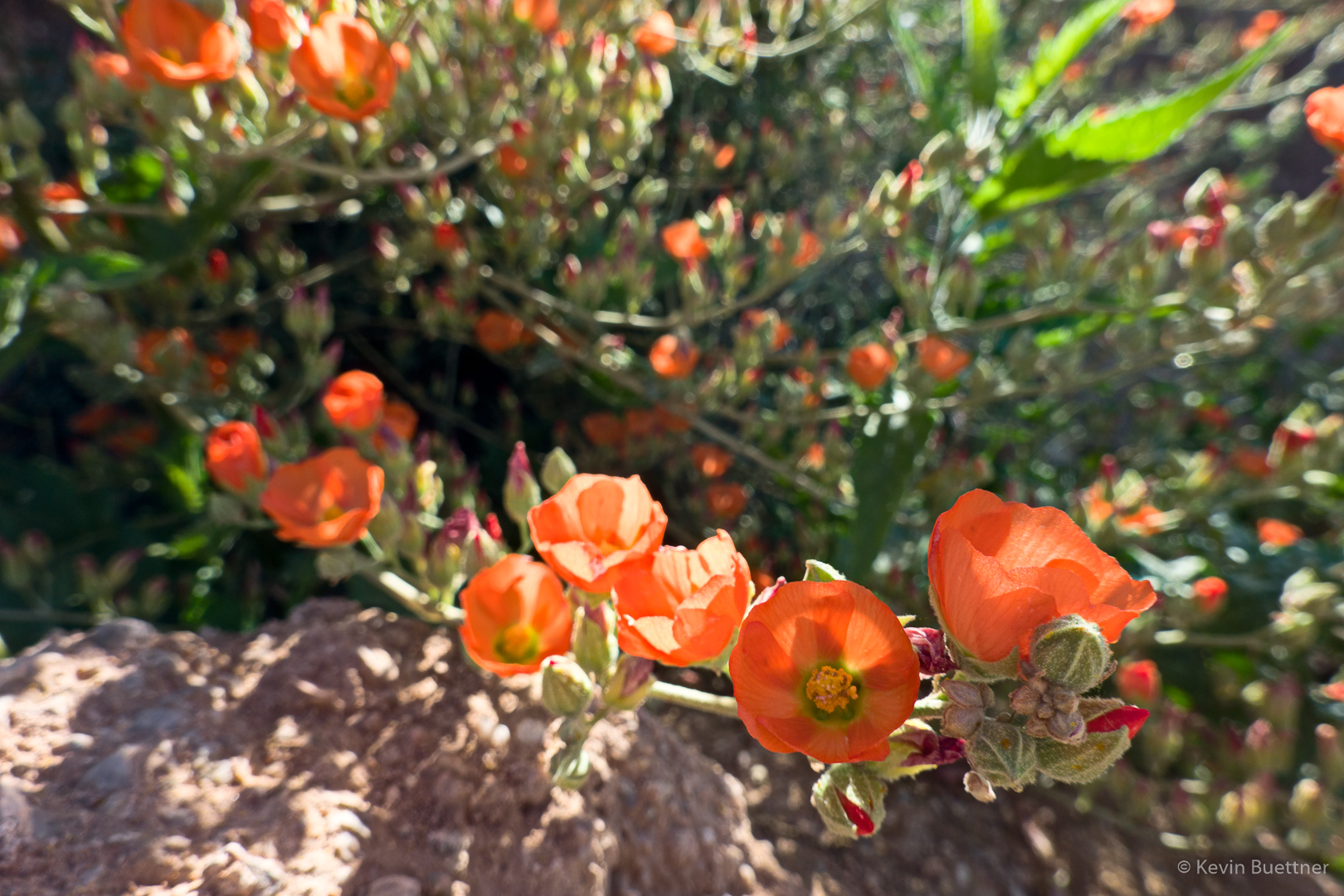 Lupine – we saw big patches of it as we hike along the Pemberton Trail. 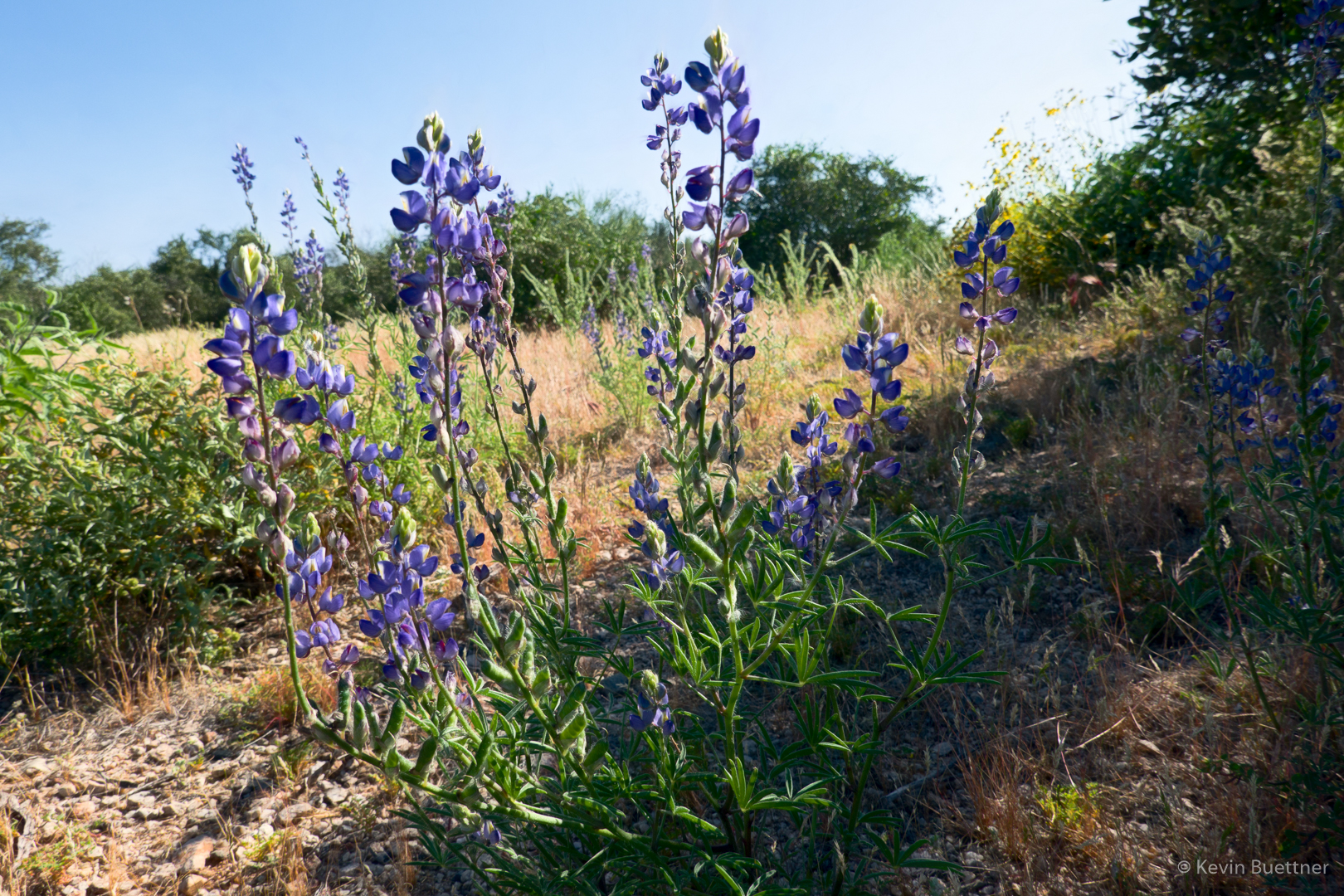 Owl clover; we saw a lot of this flower too, but it seems to be drying out now. 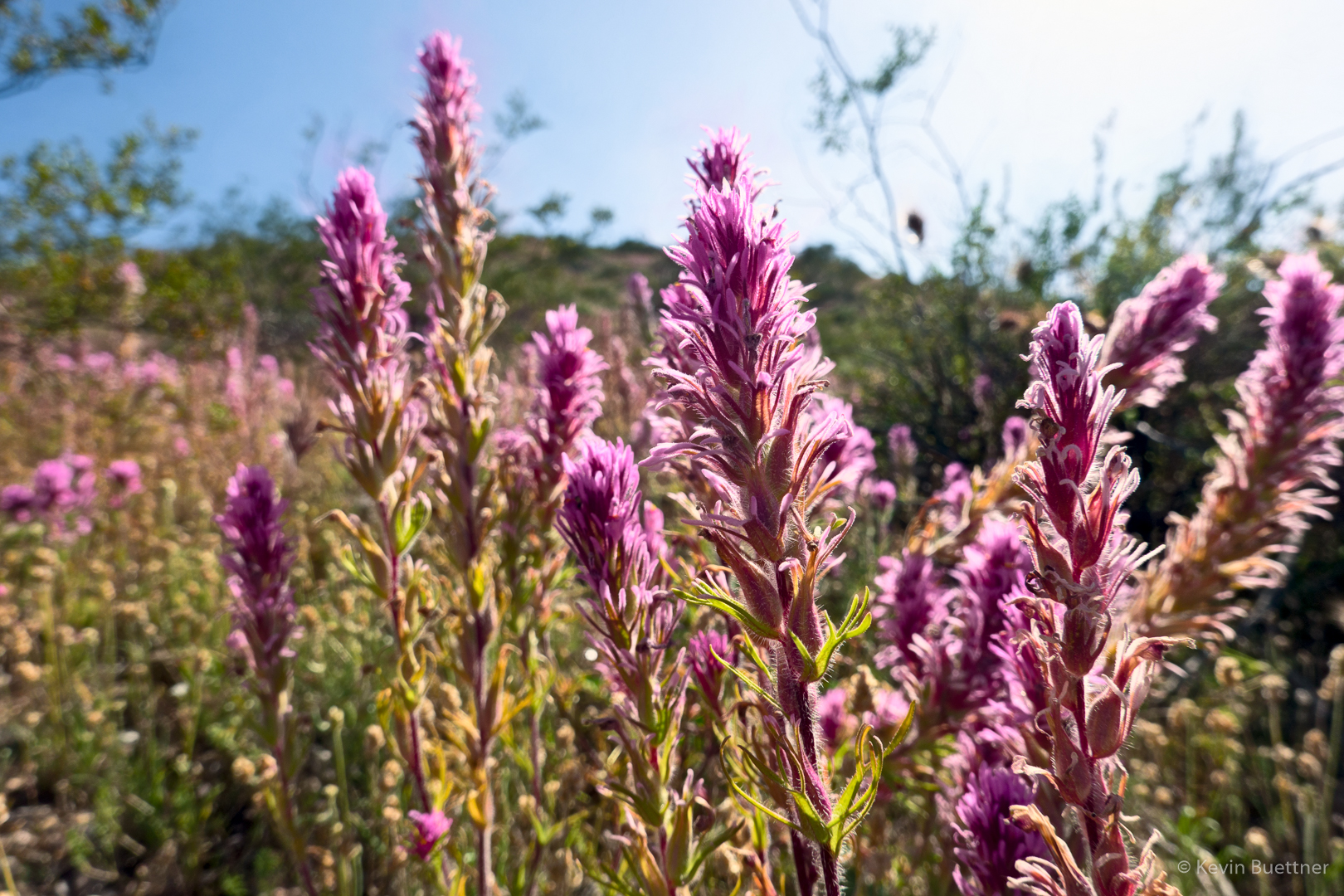 A view from near the former ranch homestead (along the Pemberton): 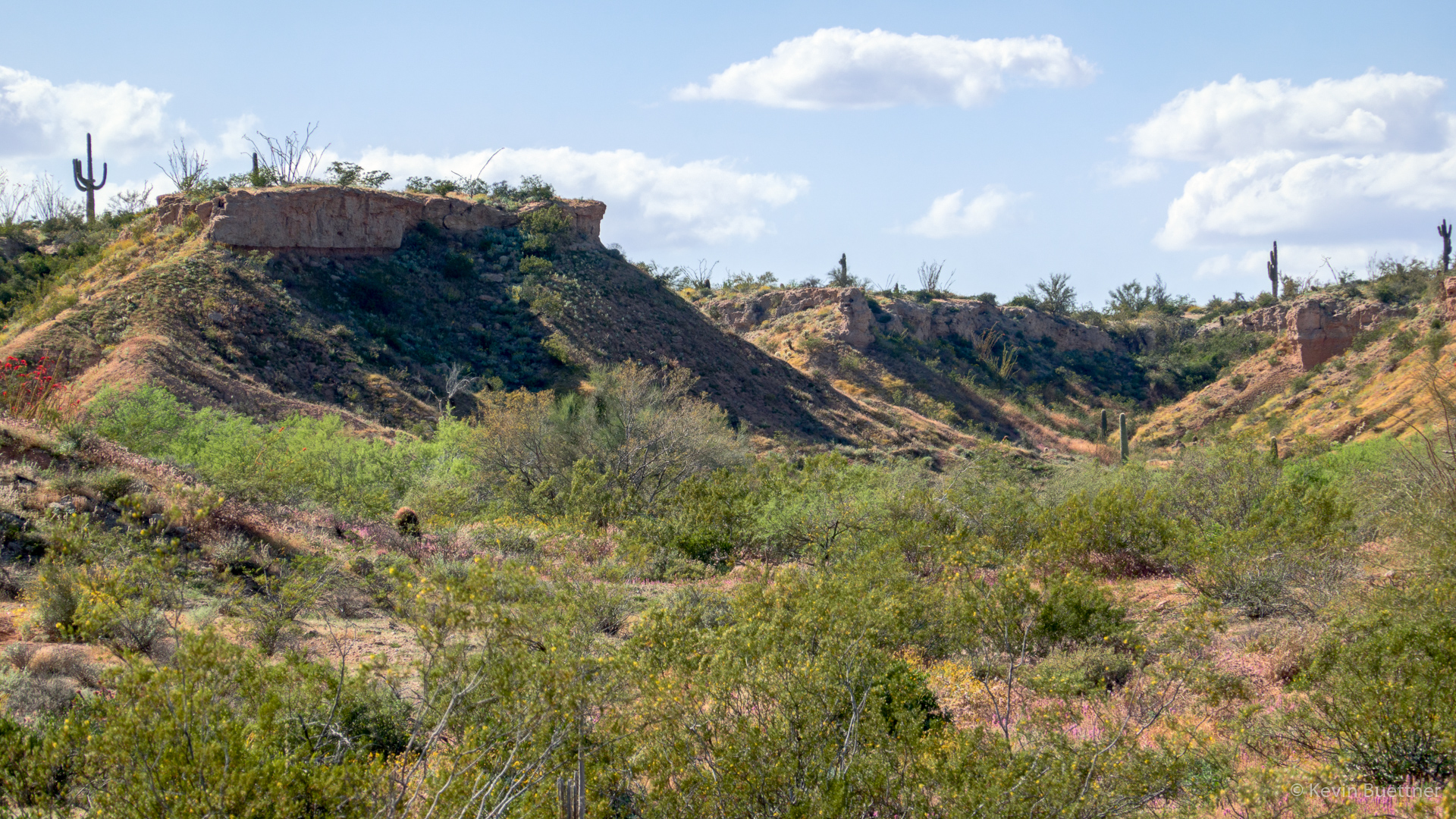 I think this is either Slender Goldenweed or Spiny Goldenweed, but I don’t know which. 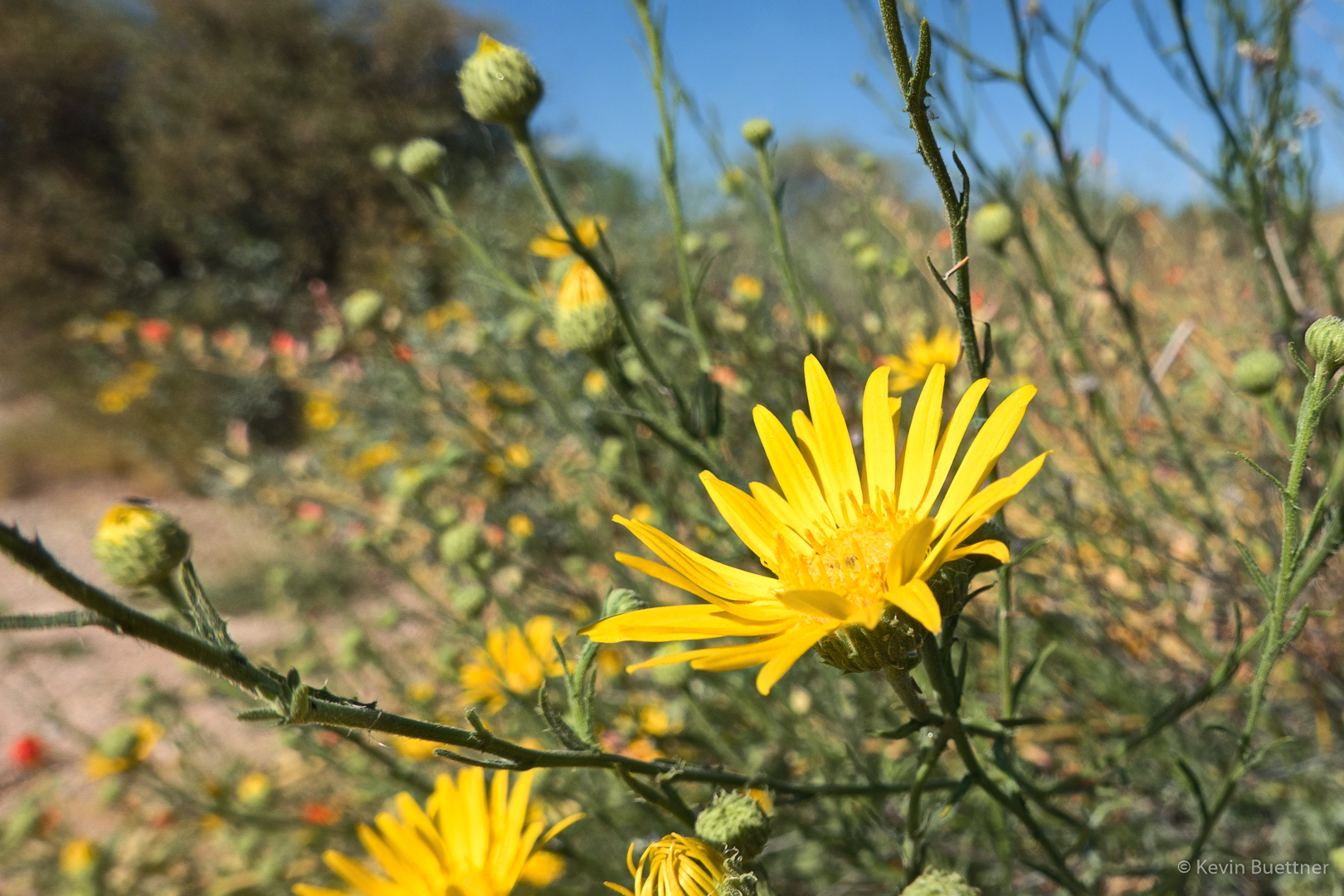 Fairy Duster; we were both very surprised to see this so late in the season. 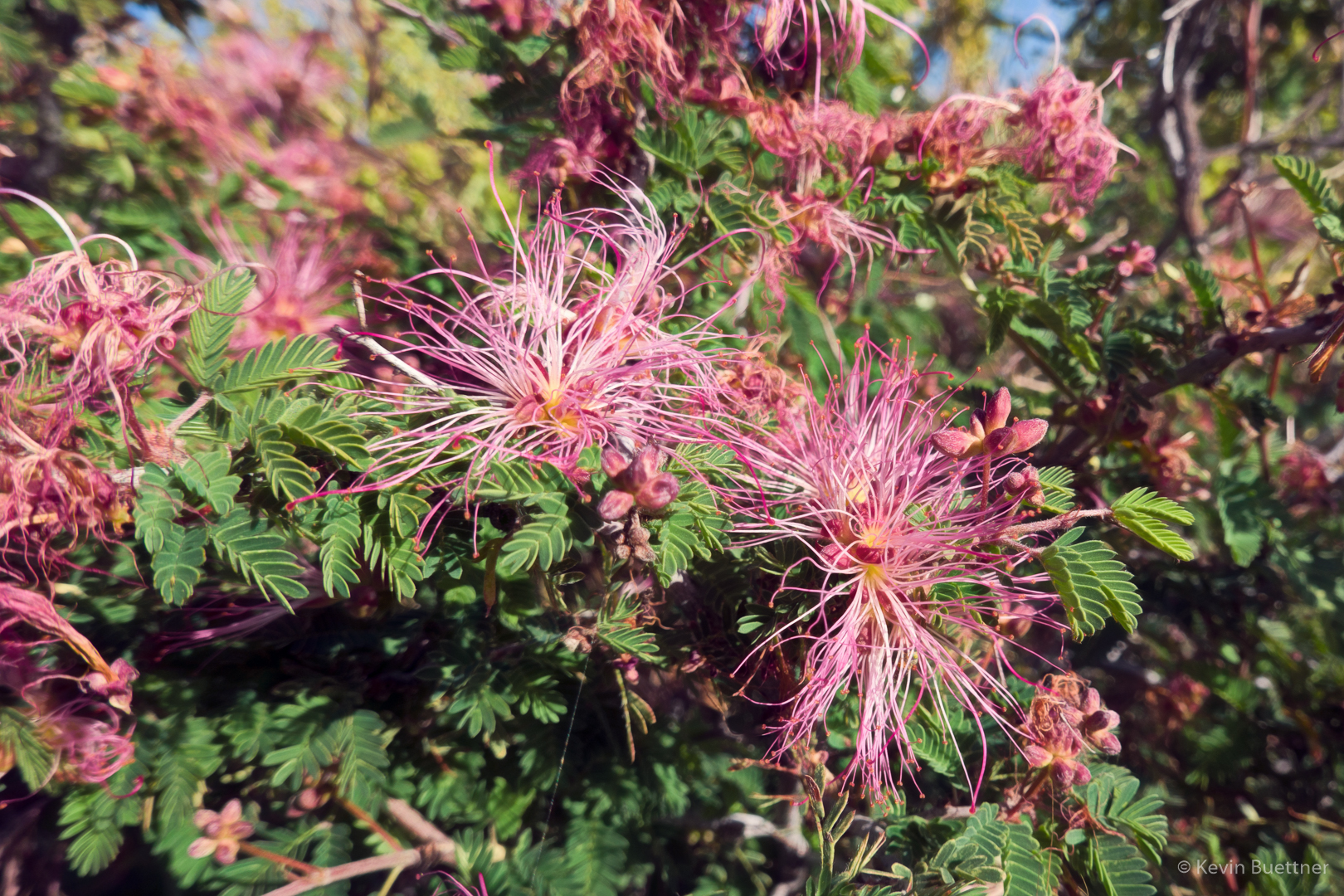 I think this might be a kingsnake. I took several photos from the side and them moved around to take photos from the front. As I did so, it backed away into the nearby brush. 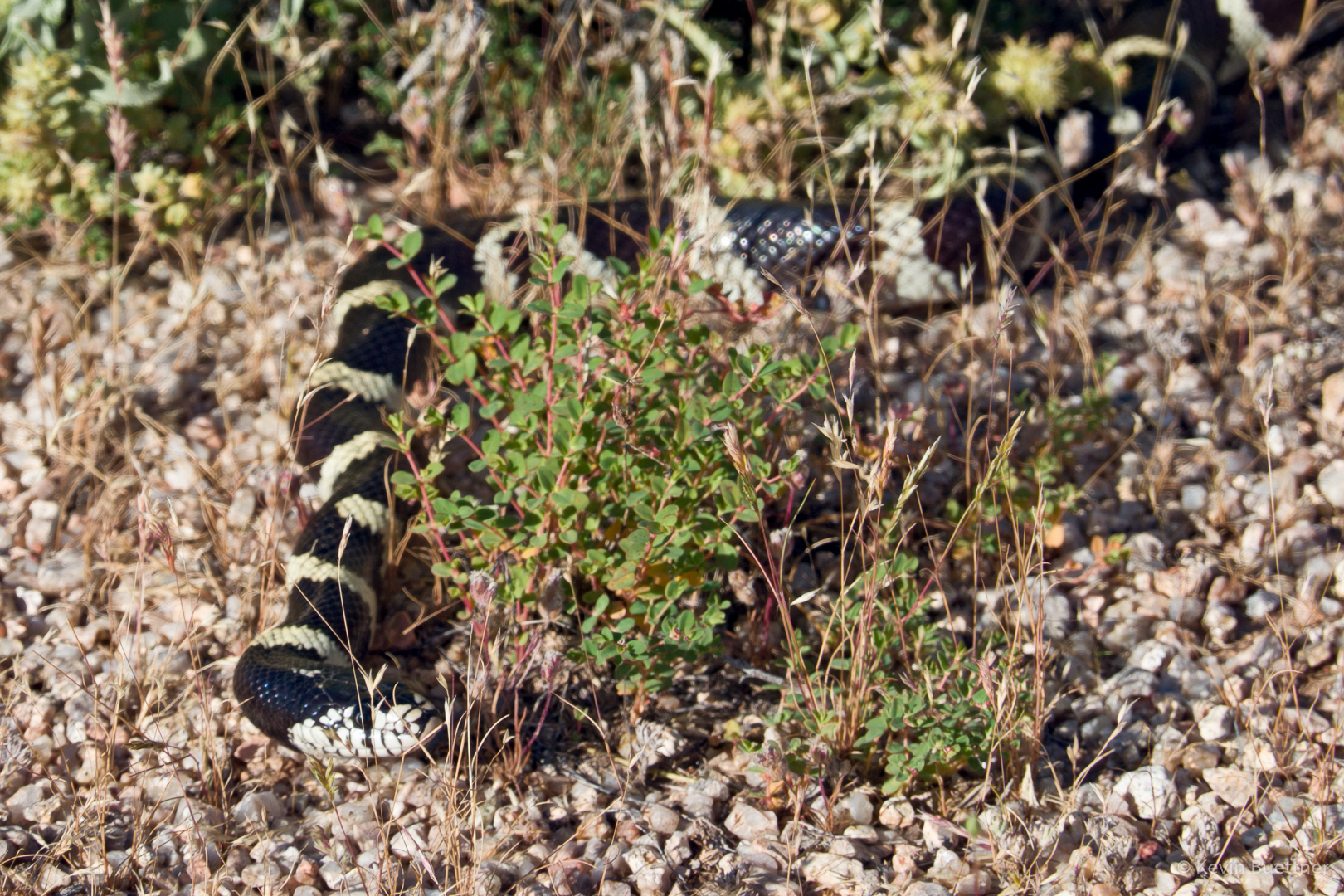 Marilyn spotted this Lizard on the Technical Loop: 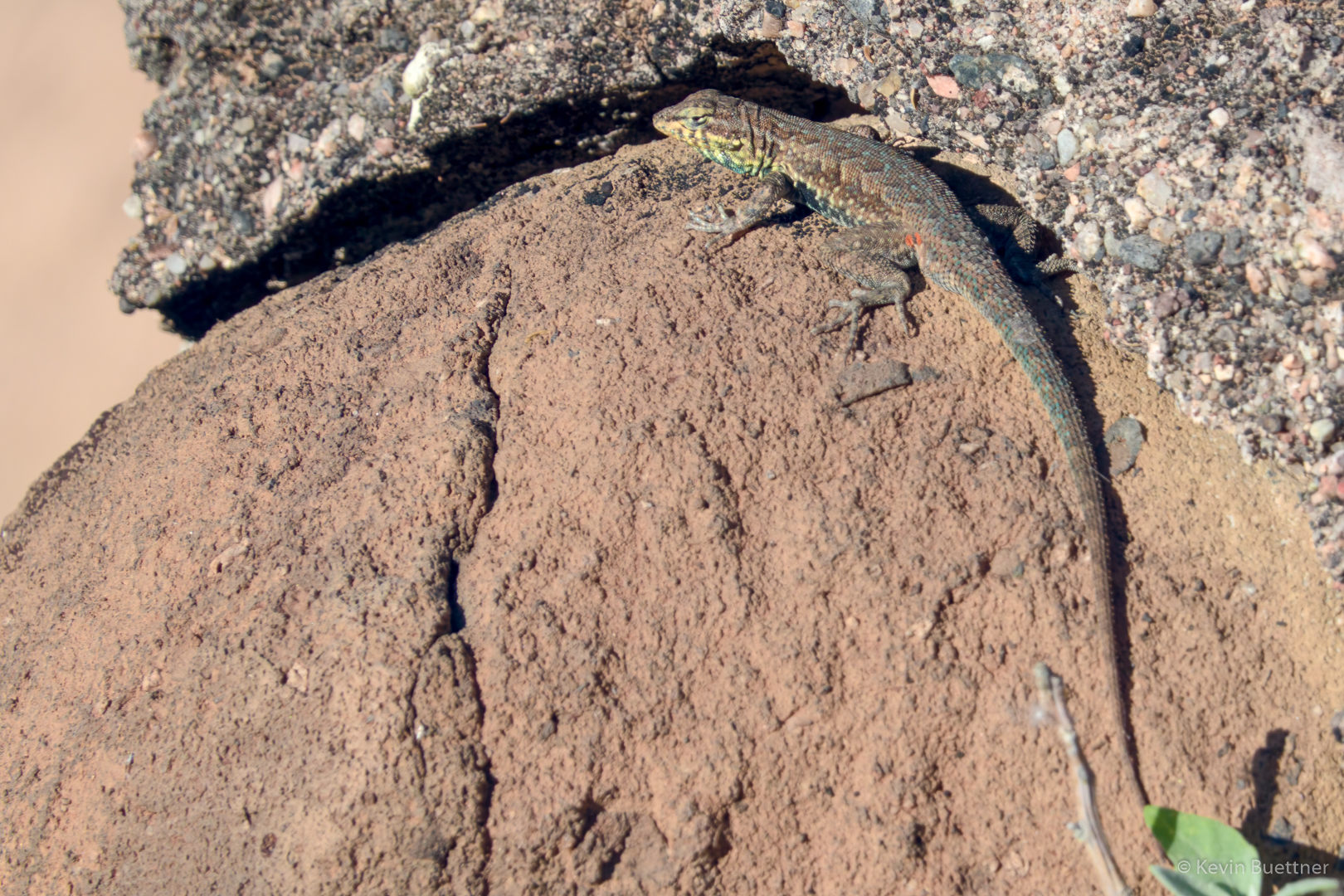