Sandy, Laura, Judy, Mike, Gayle, Sara, and Marilyn joined me for a hike starting from the Competitive Track Parking Lot.

We started out on the Technical Loop, and then made our way into Stoneman/Pemberton Wash. Marilyn and Sara, wanting a shorter hike, split off from the rest of the group though at different times. The rest of us continued on, first in the wash, then later on Pemberton to the Dixie Mine Trail. Dixie Mine provided us access to the South Wash which we hiked all the way to the Long Loop, another of the competitive tracks. From there we took the Long Loop up to South Ridge. We encountered perhaps half a dozen mountain bikers while hiking less than half a mile on the Long Loop, so we opted to return via a nearby road. Our total distance for the day was just under twelve miles.

An early morning view from the Technical Loop: 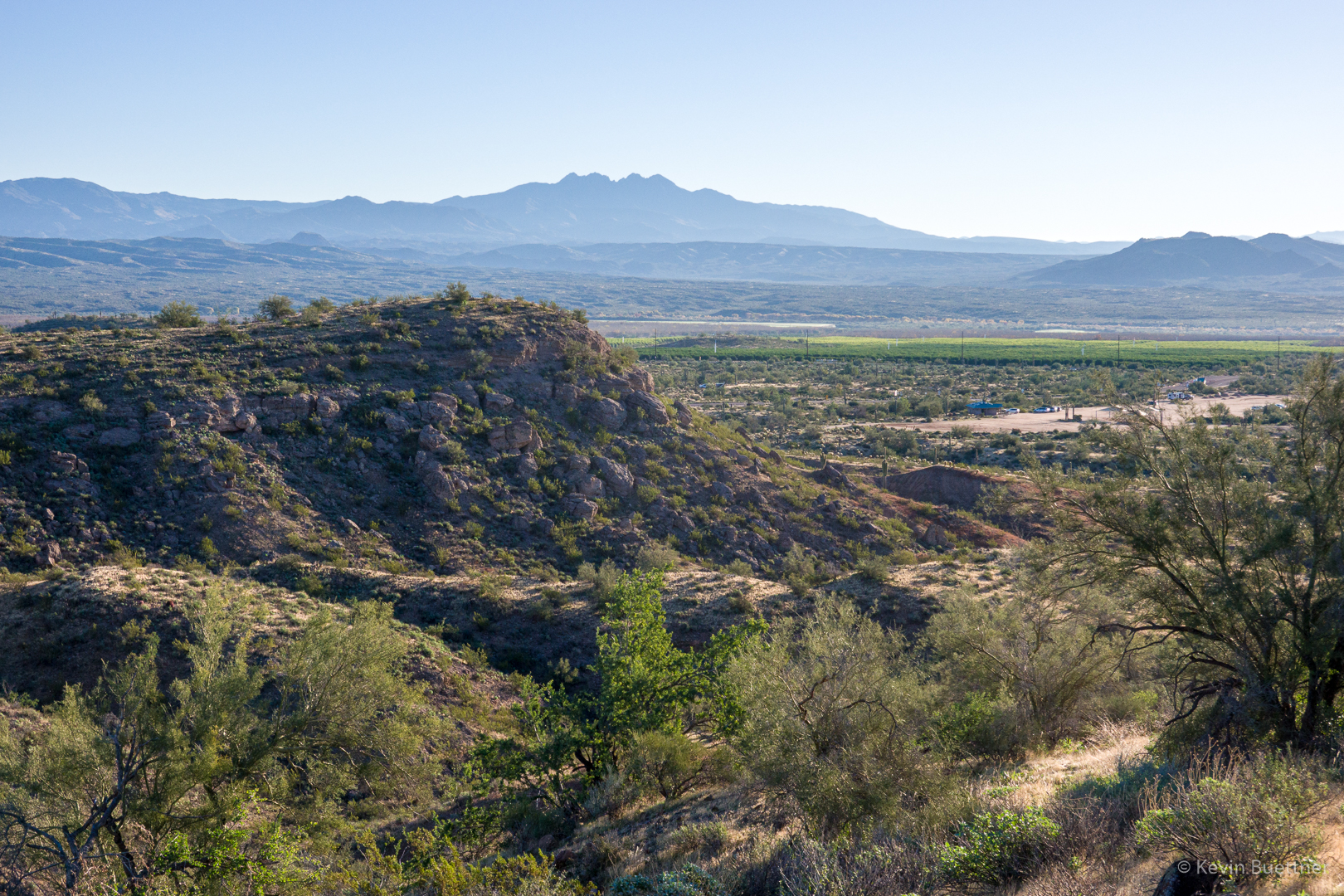 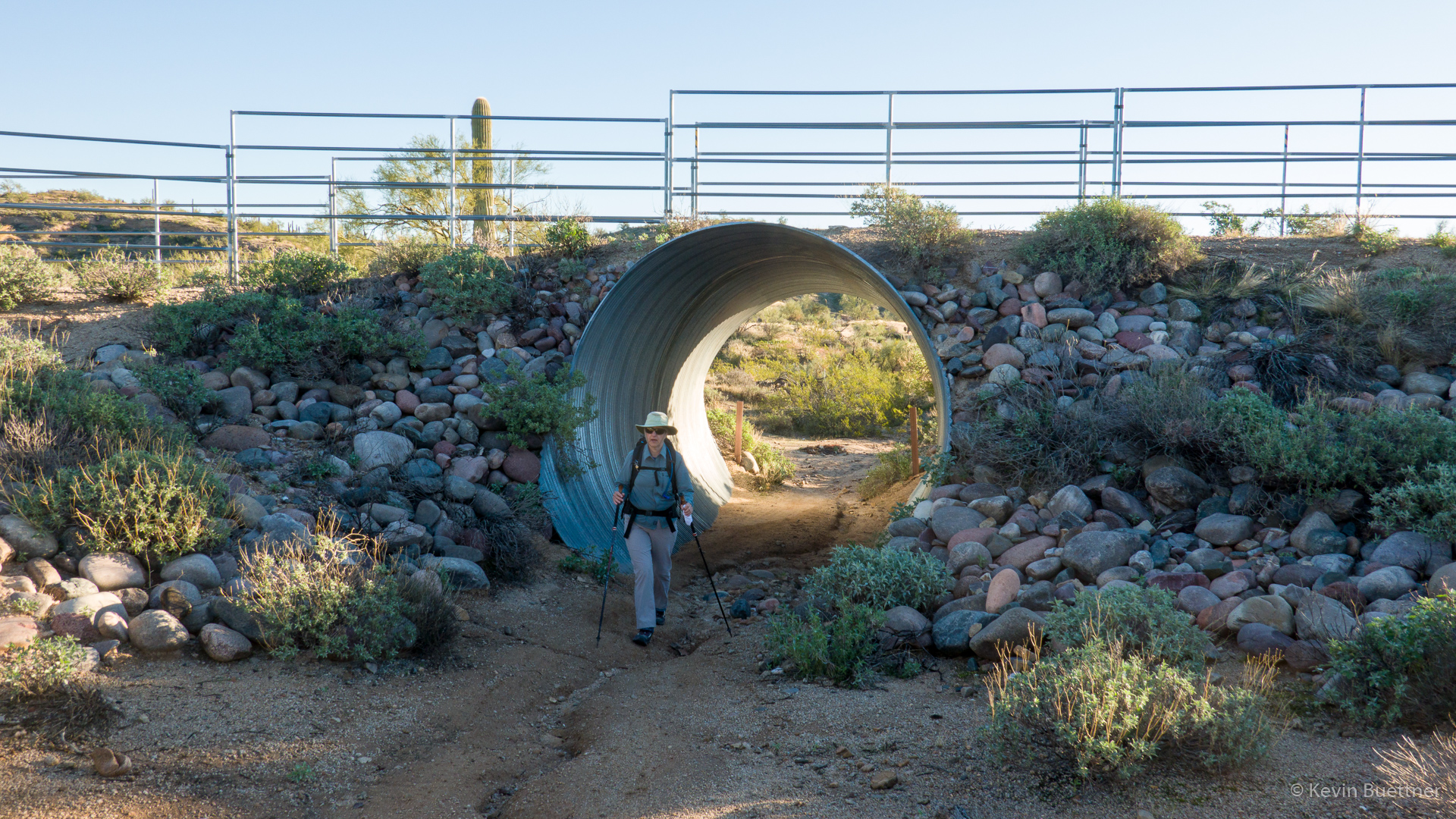 Mike and Judy hiking up one of the Stoneman’s feeder washes: 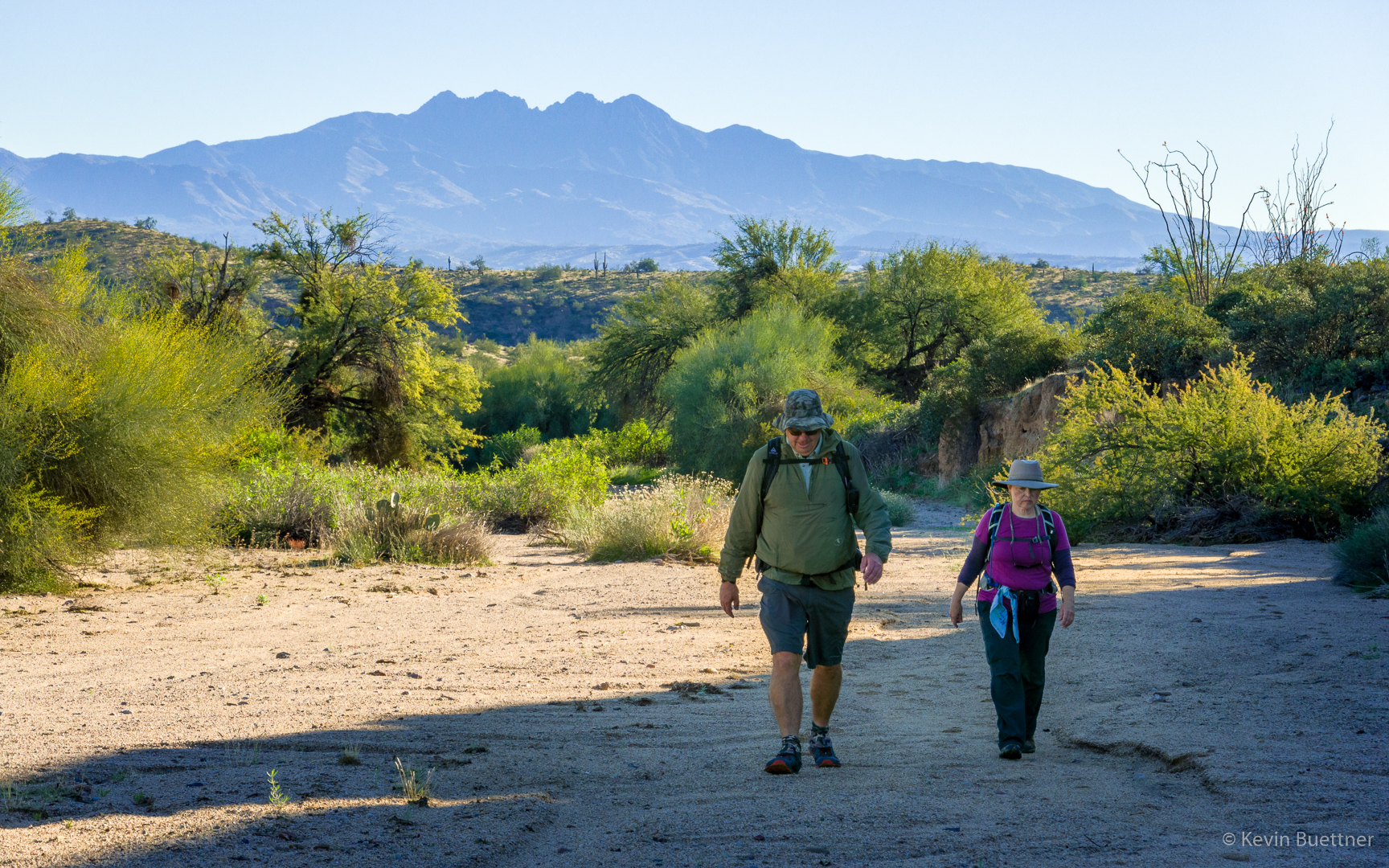 Chain fruit cholla along the Dixie Mine Trail: 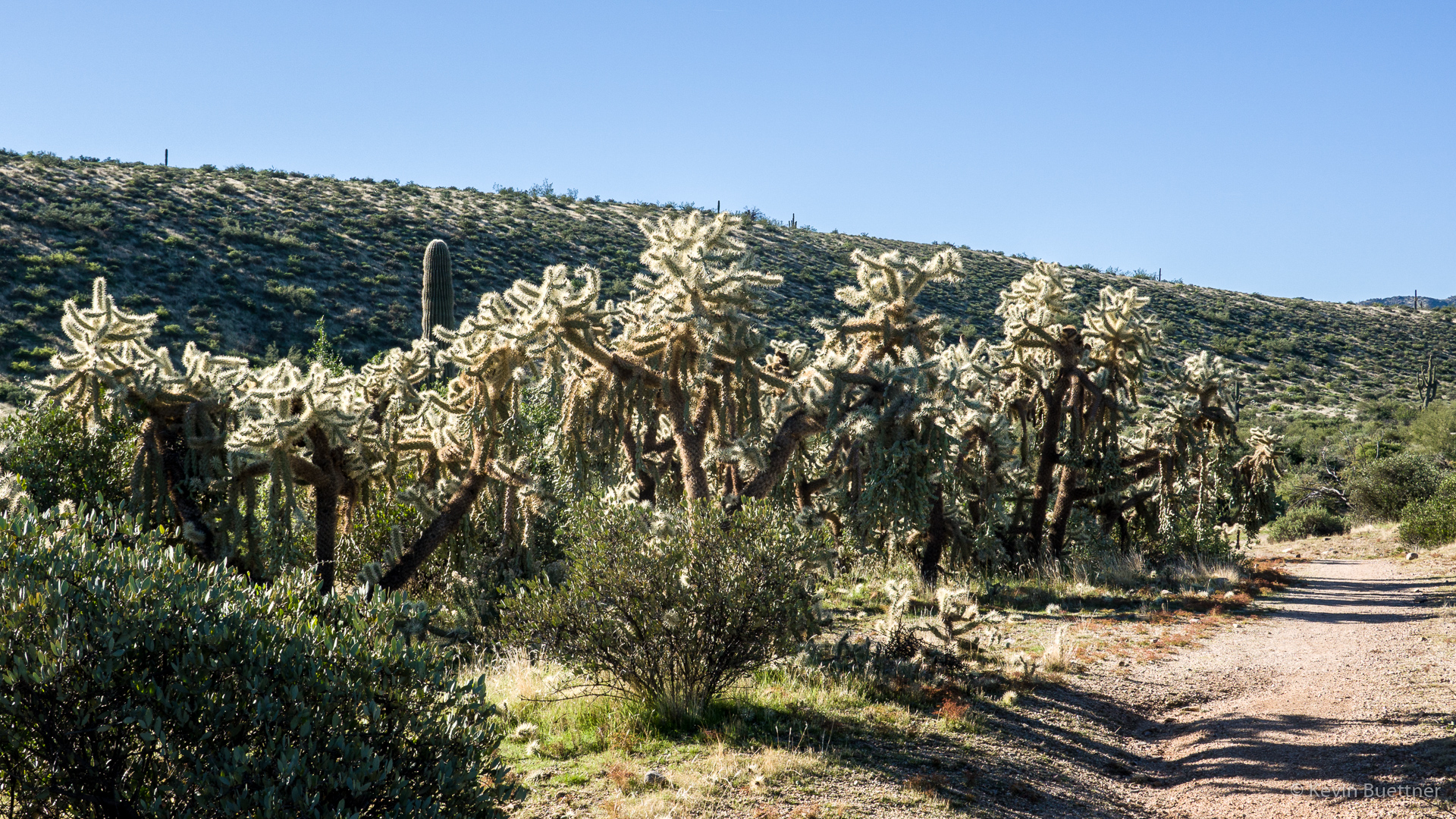 We saw a hawk near a now defunct water storage tank. The tank was used back in the days when the land was used for ranching. I looked inside the tank; despite recent rains, it was pretty much dry. A nearby water trough did have water though. 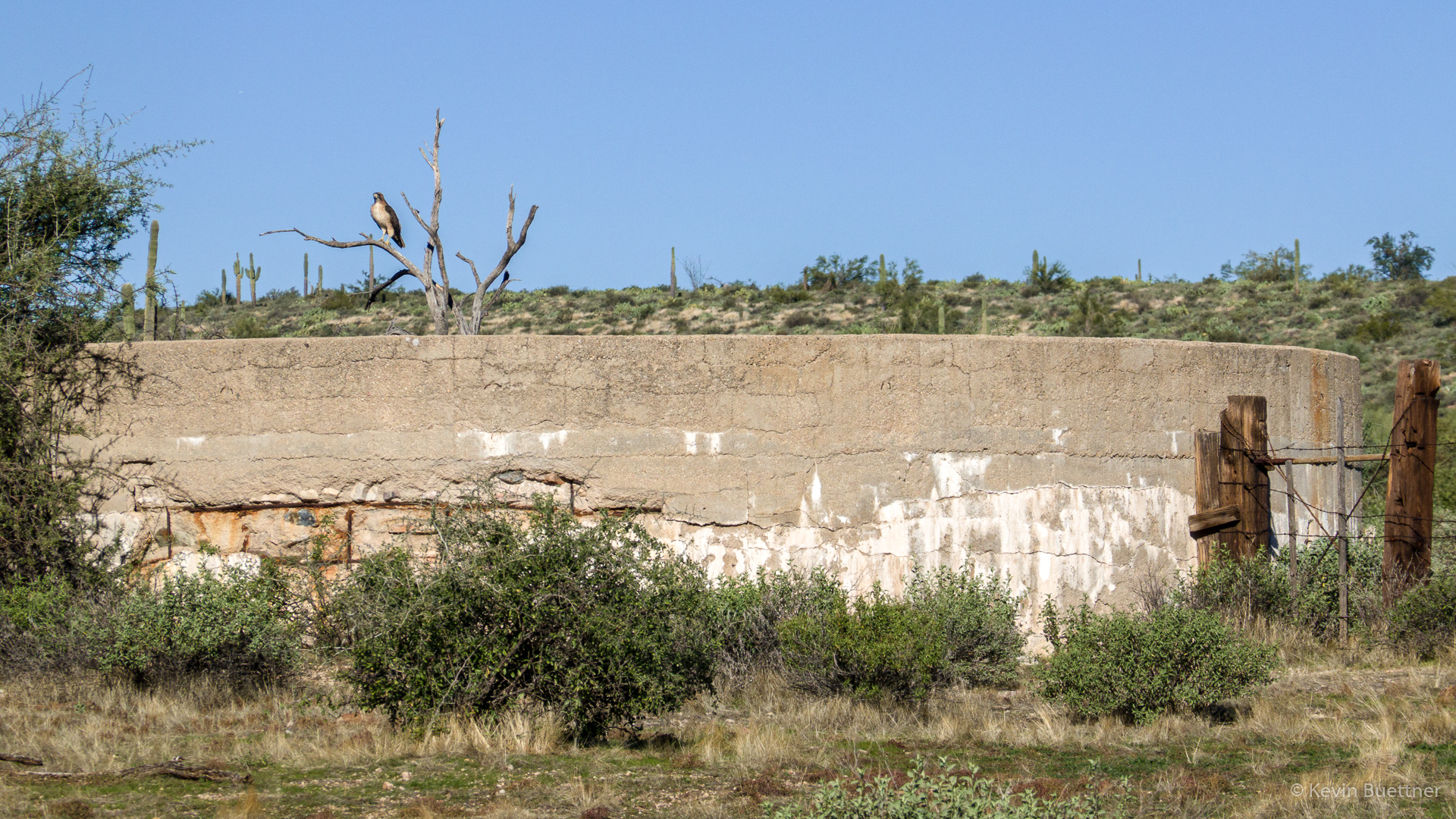 As we approached the tank, the hawk flew away. A nearby raven took its perch on the dead tree. 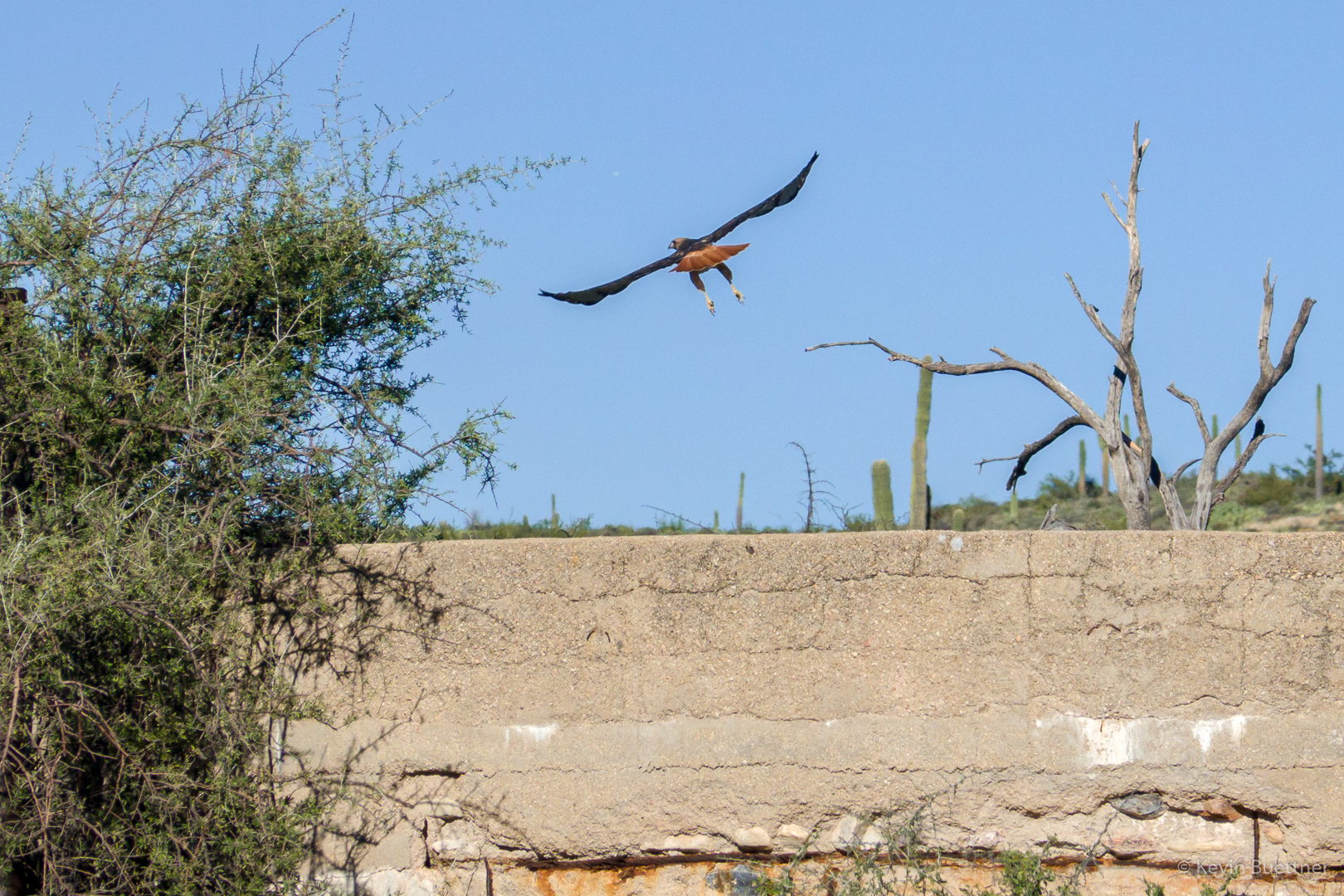 As we got even closer, the raven flew away too. 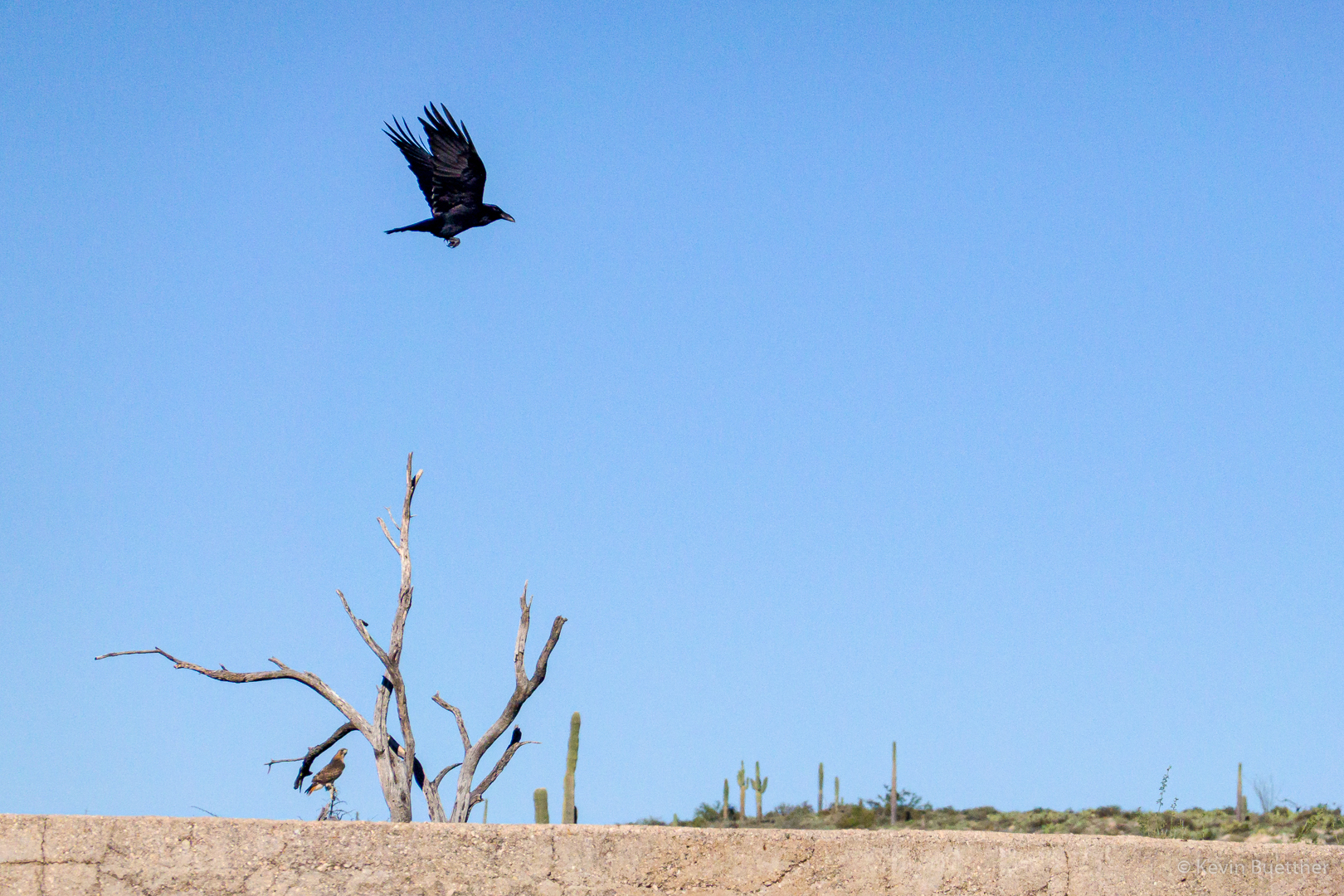 Early going in the South Wash; the wash eventually becomes very wide, but the initial section (after turning onto it from Dixie Mine) is fairly narrow with high, steep banks. 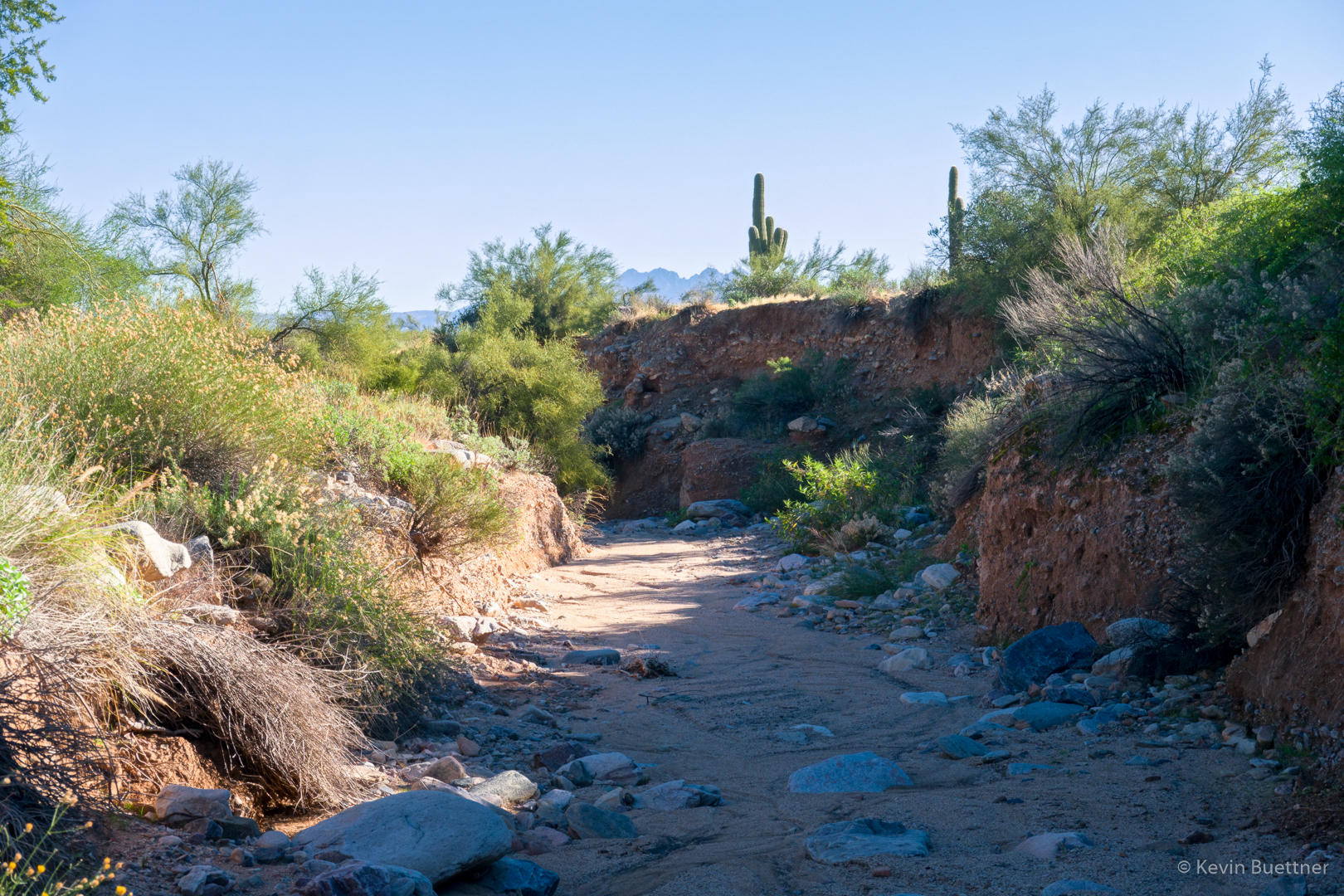 The brittlebush is blooming in the wash!  These were the first brittlebush blossoms that I recall seeing this season. (There’ll be many more…) 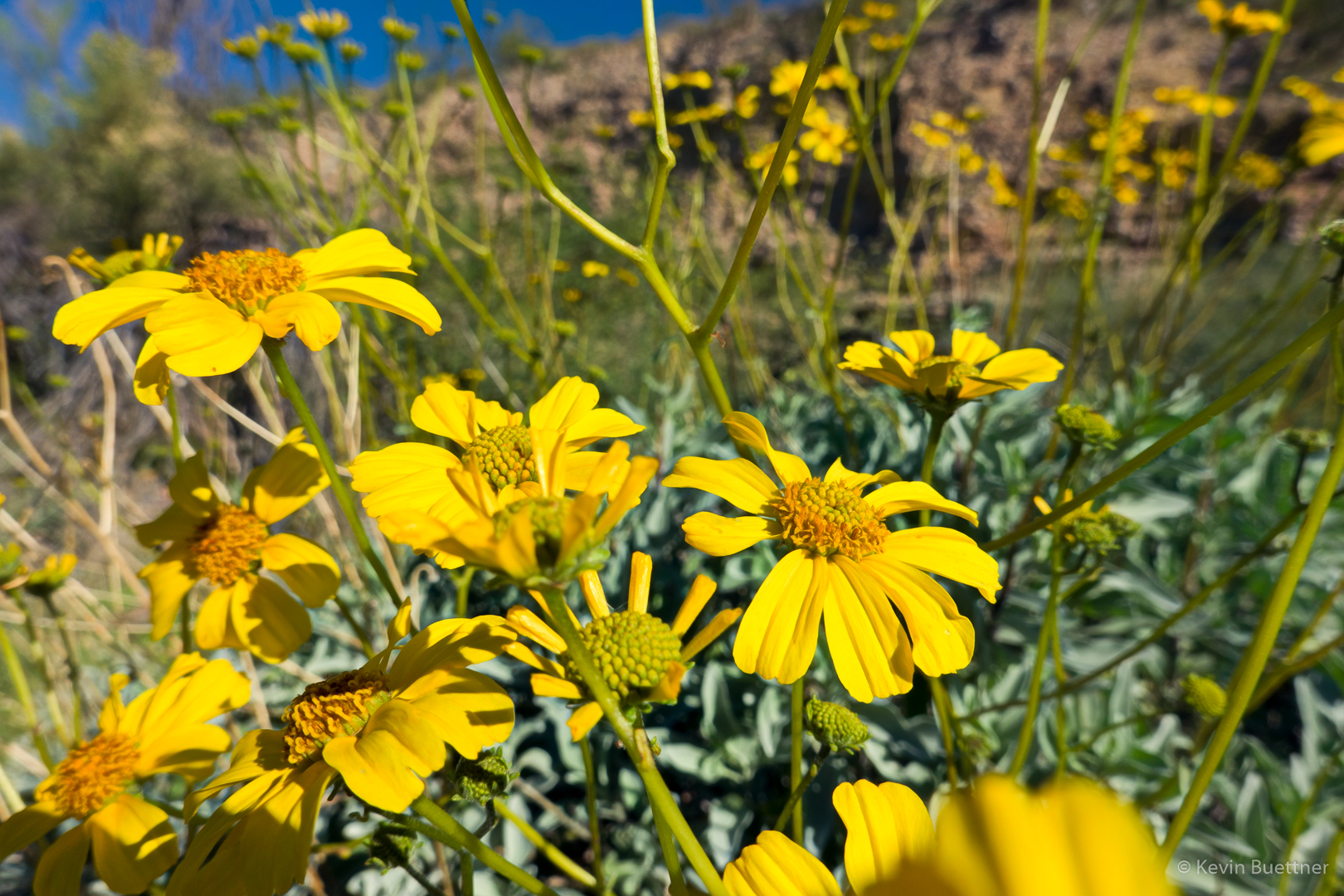 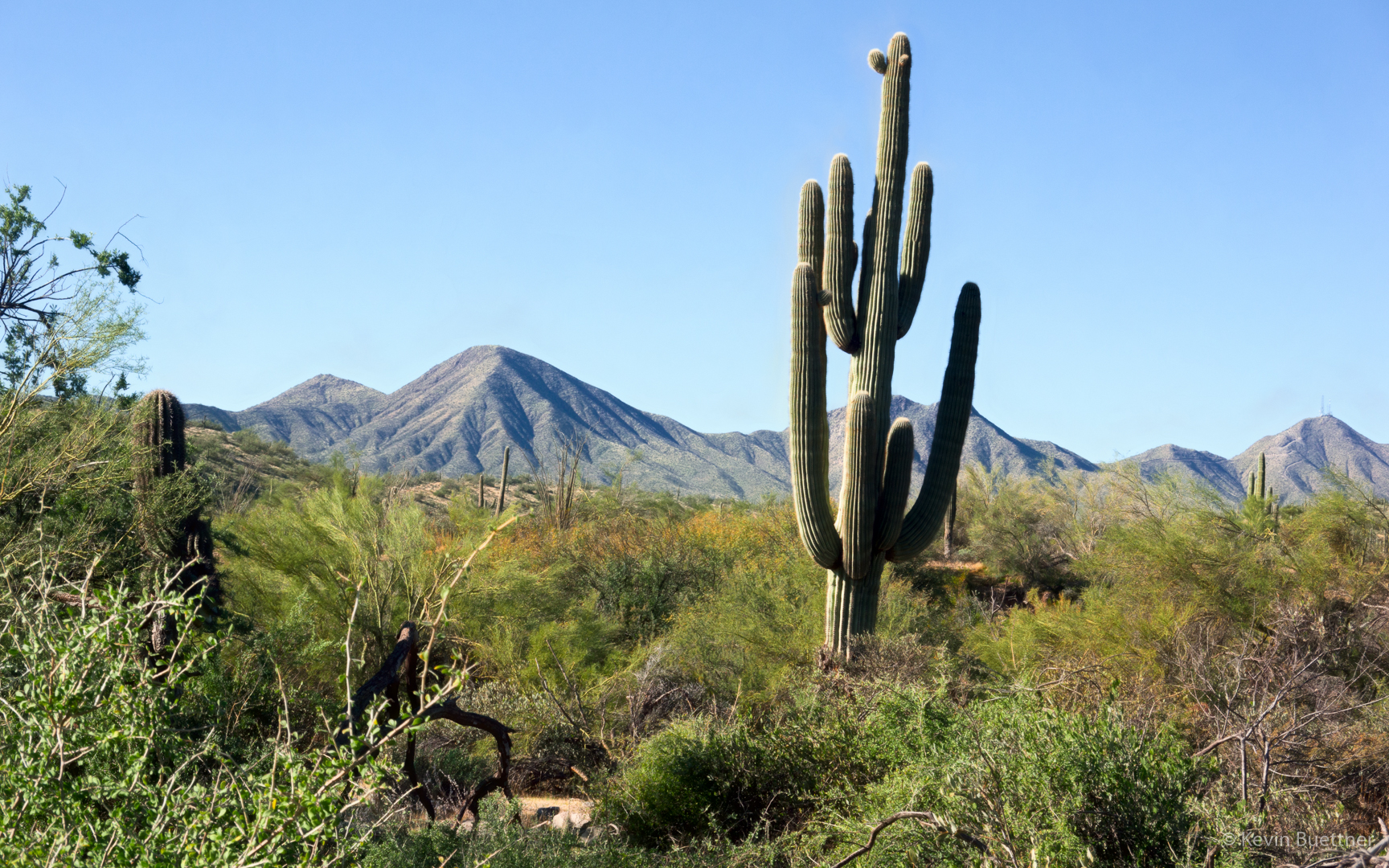 The chuparosa plants are blooming too! 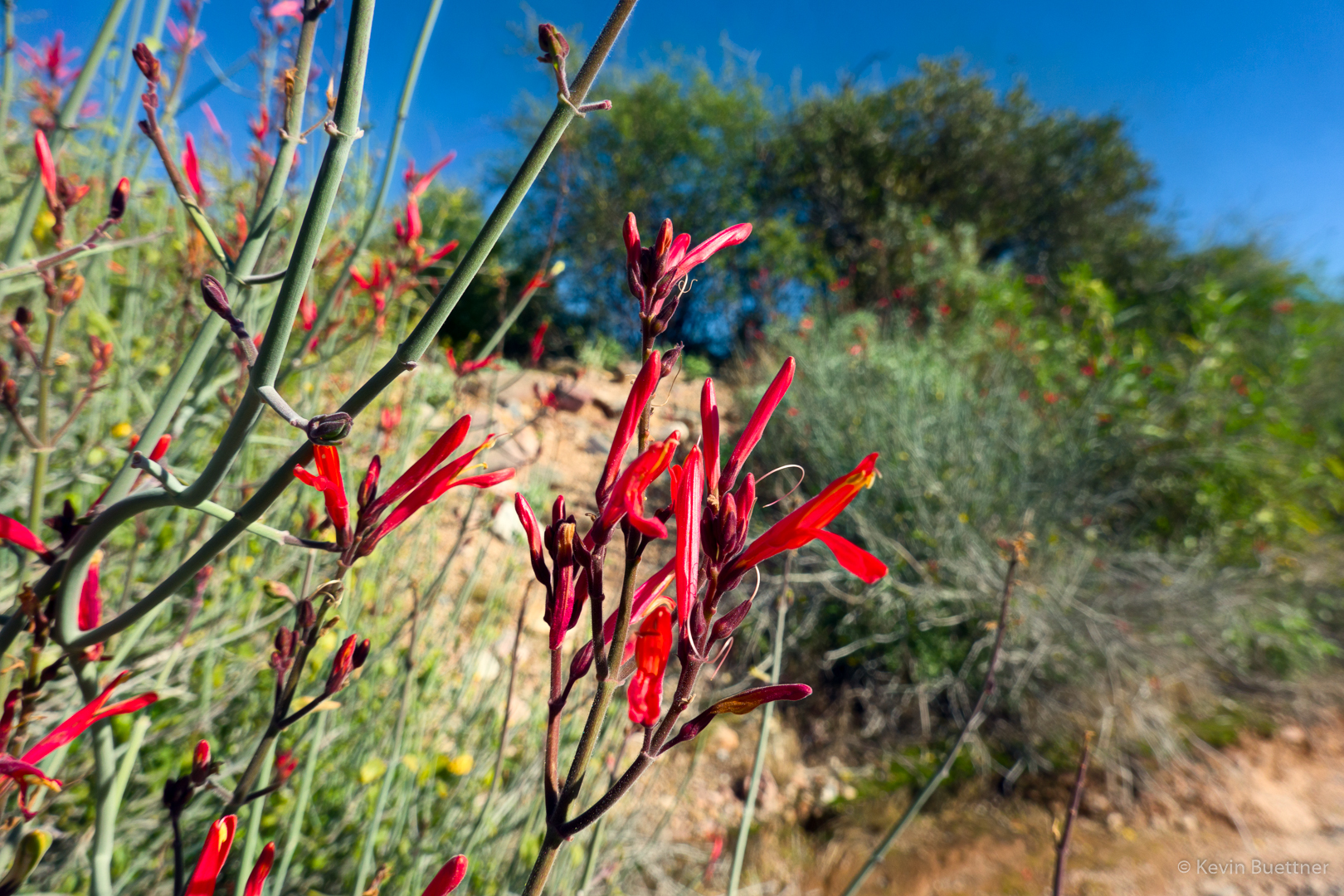 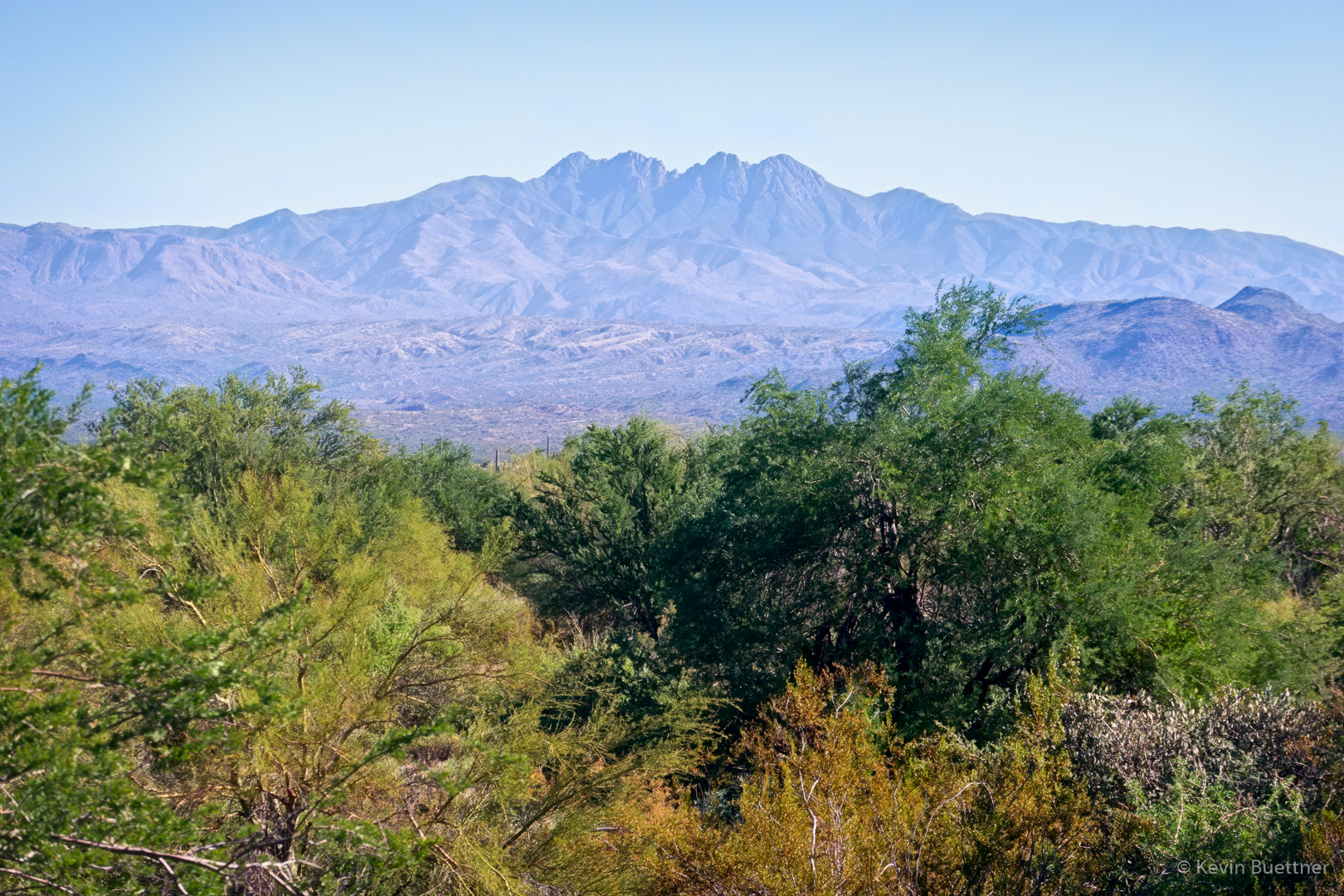 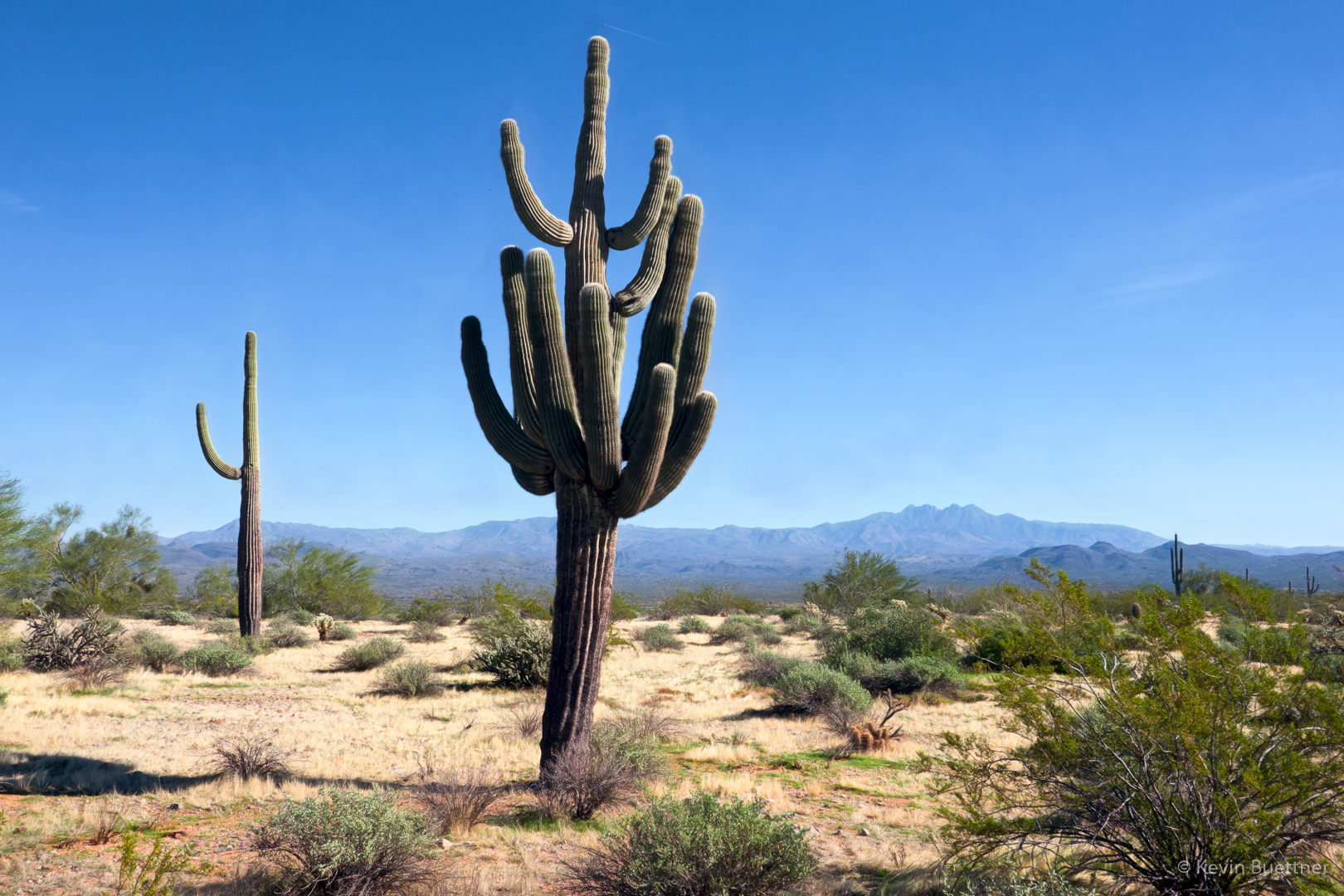 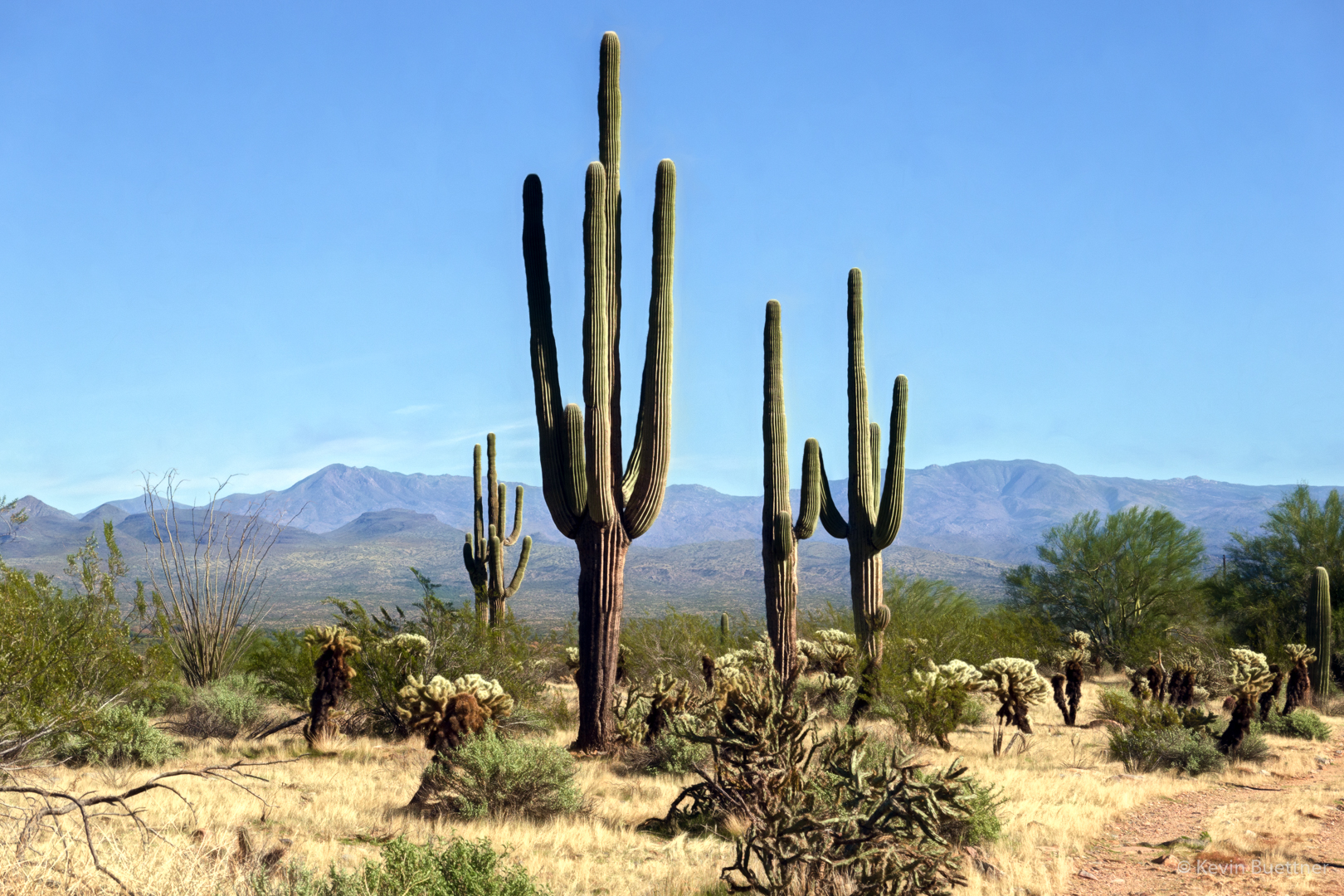 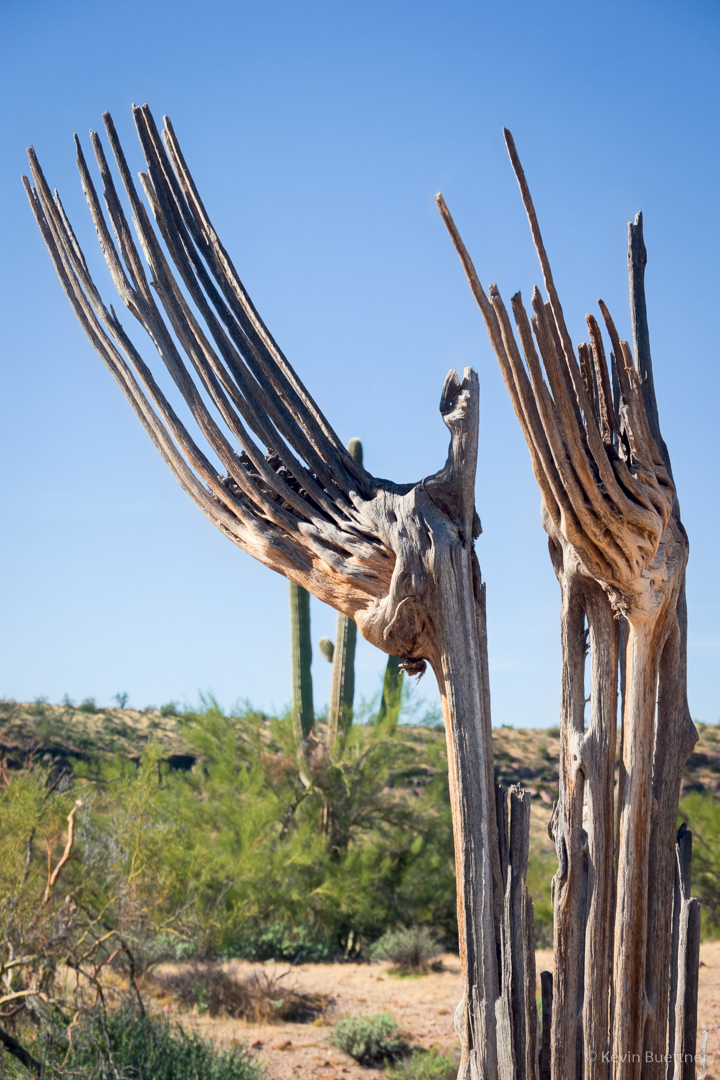