On Saturday, Nov 30, Marilyn and I did a hike at Granite Mountain.  It was our first time there since the new trailhead facilities went in. The parking area is much larger and there are bathrooms now.

As we started out on the Bootlegger Trail, we got a good view of one of the areas at which we used to climb. I was wondering what the best approach might be.  (We used hike there from the Lost Bandanna Area, but there might be a better route now.) We used to climb at The Loaf and Bobcat Boulder which are located towards the left but below the ridge line. 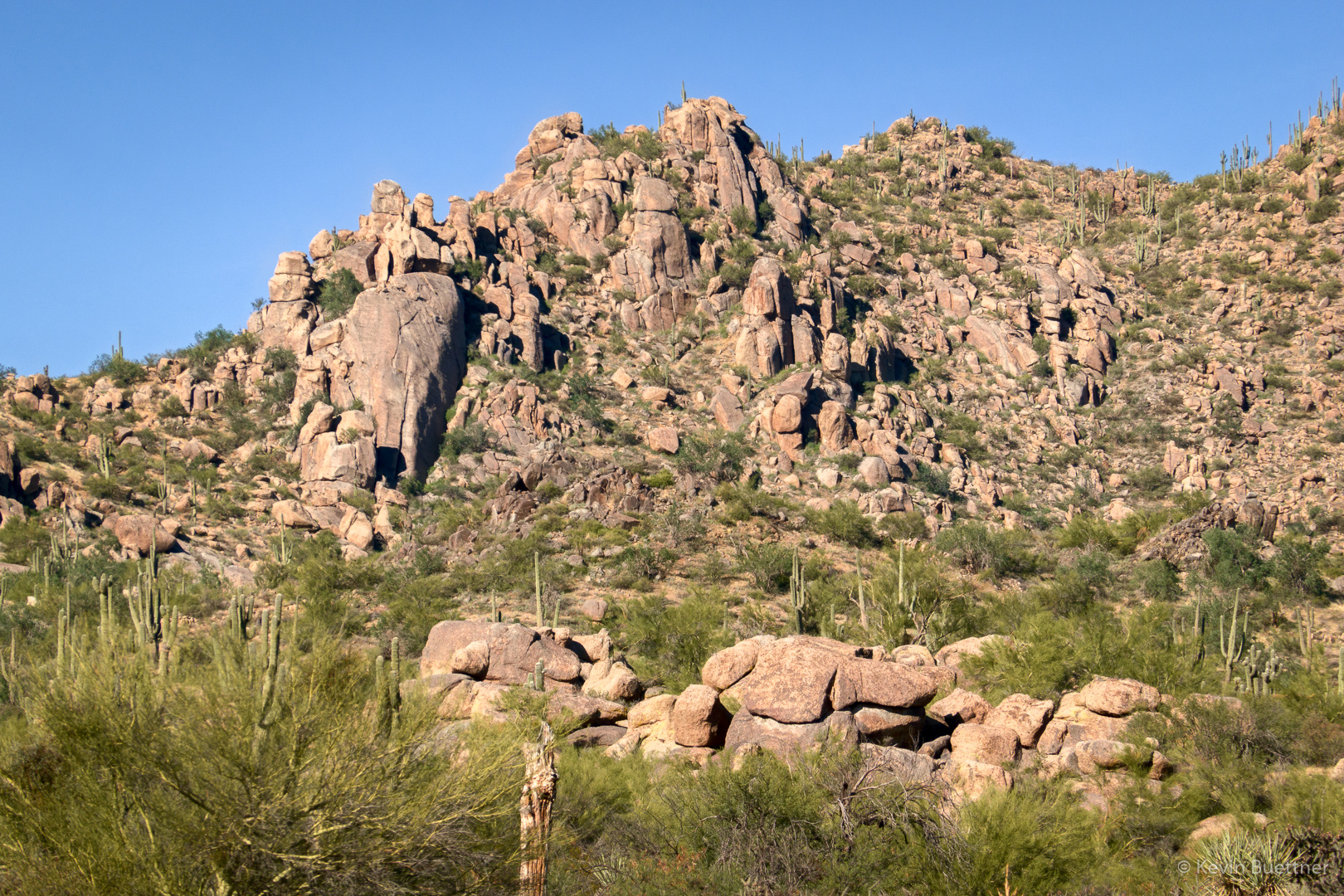 The Bootlegger Trail passes between some large boulders along the way. 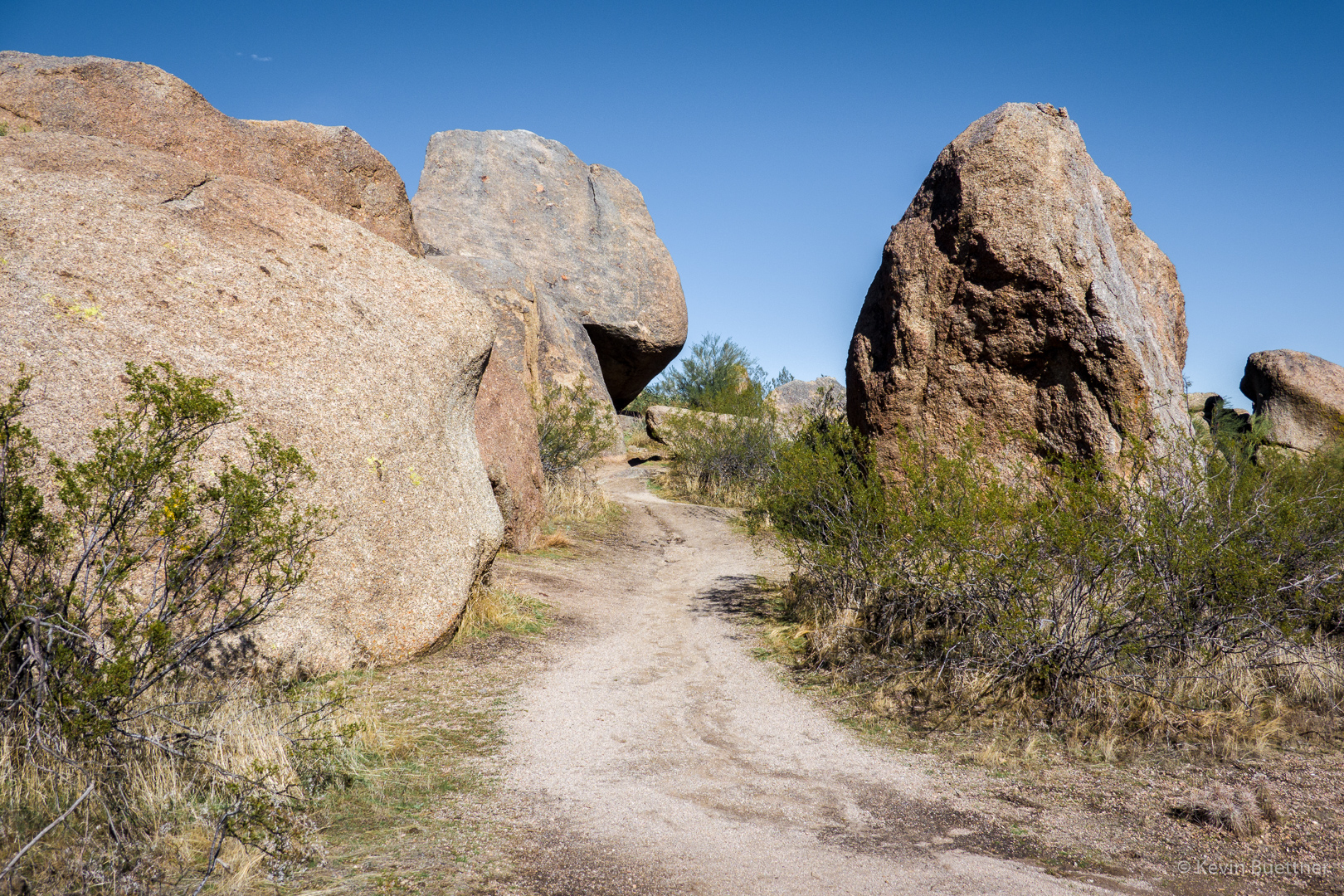 A view of snow covered peaks from the Saddle-horn Trail… 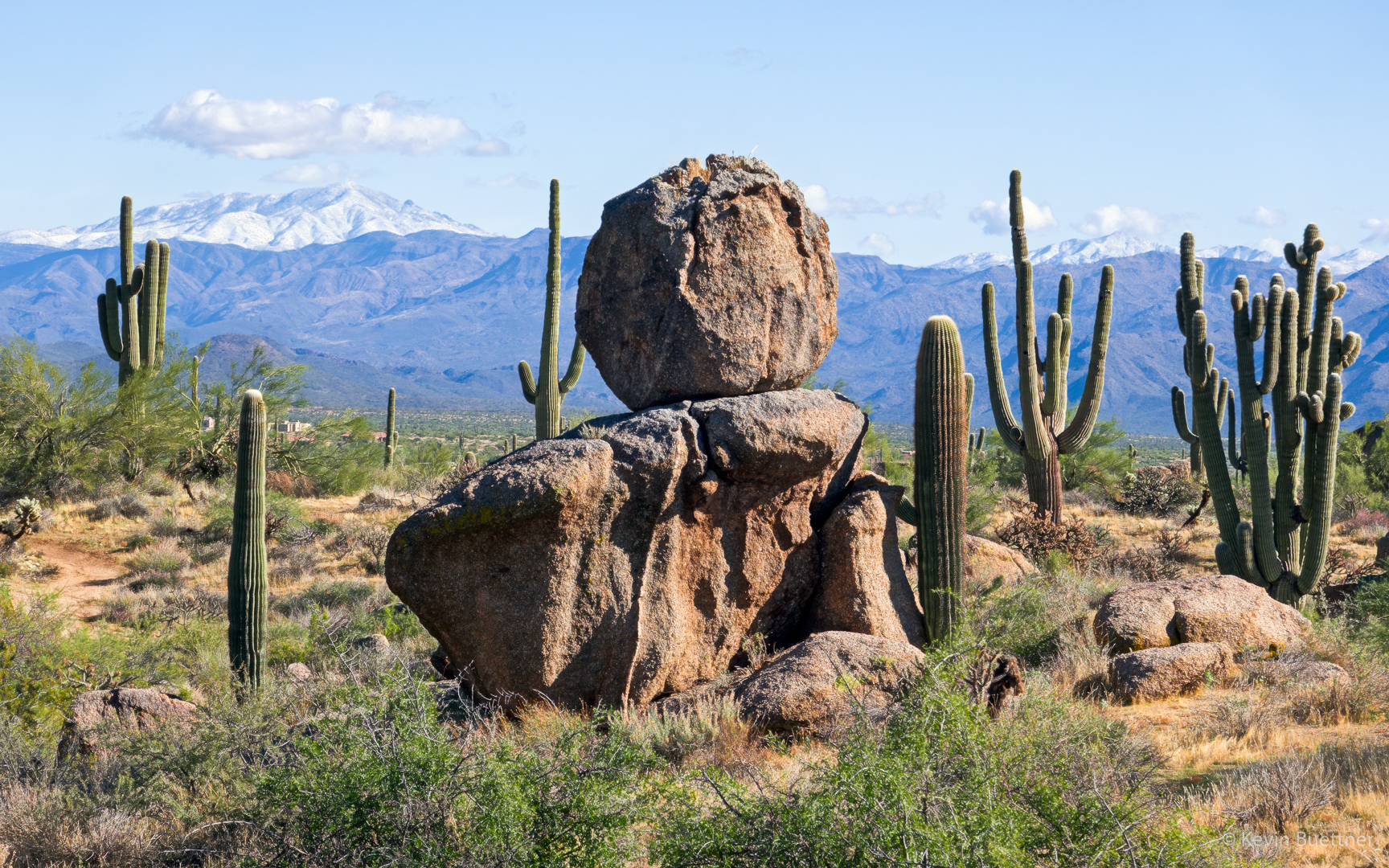 We proceeded around Granite Mountain Loop where we caught sight of another of the climbing areas that we used to frequent, this time the Lost Bandanna Area. We’ve done climbs on the prominent wall right of center (Lost Bandanna Wall) and also the relatively easy slab (The Cone) to the left. 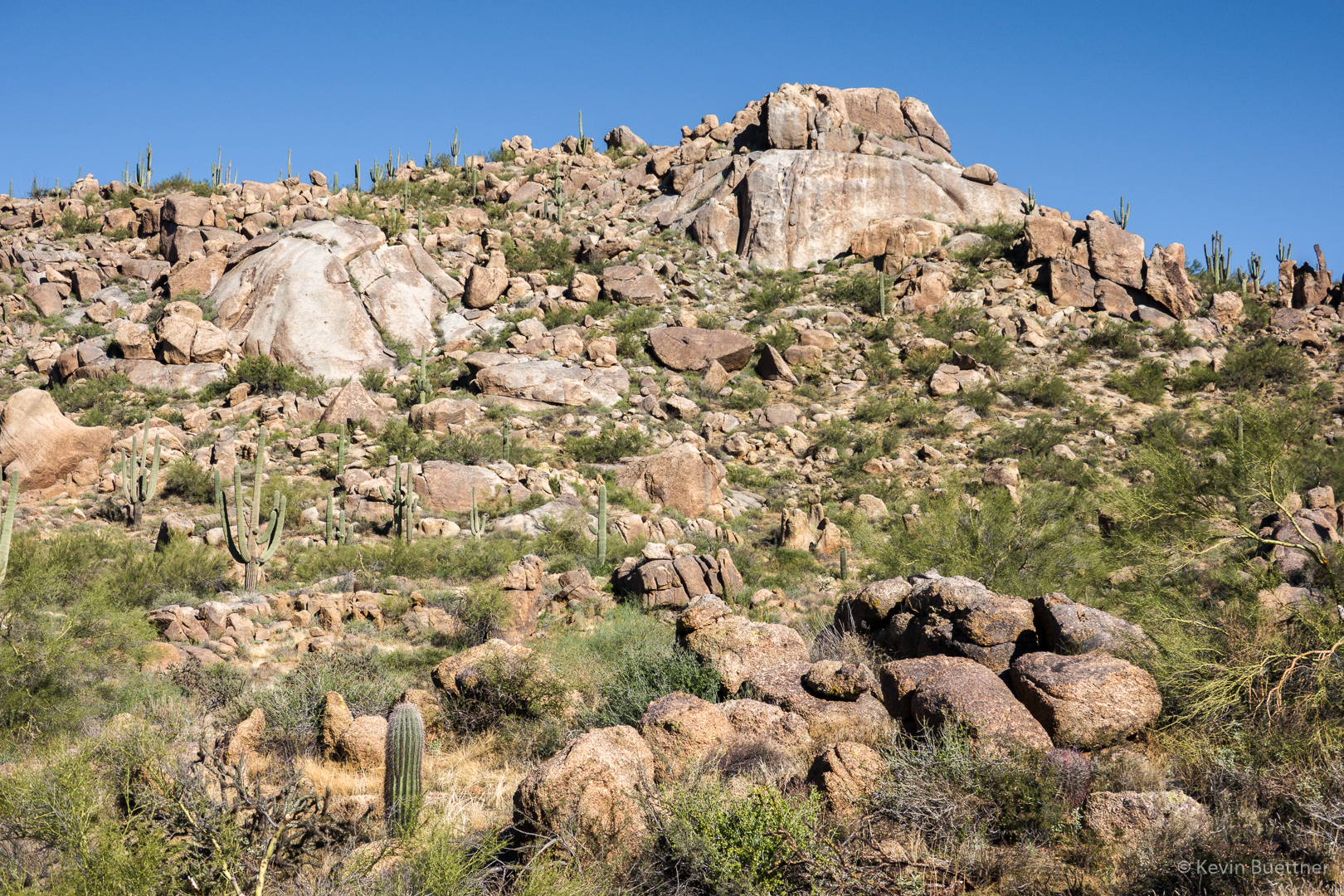 We took the Balanced Rock Trail to, well, this large rock for which the trail is named. 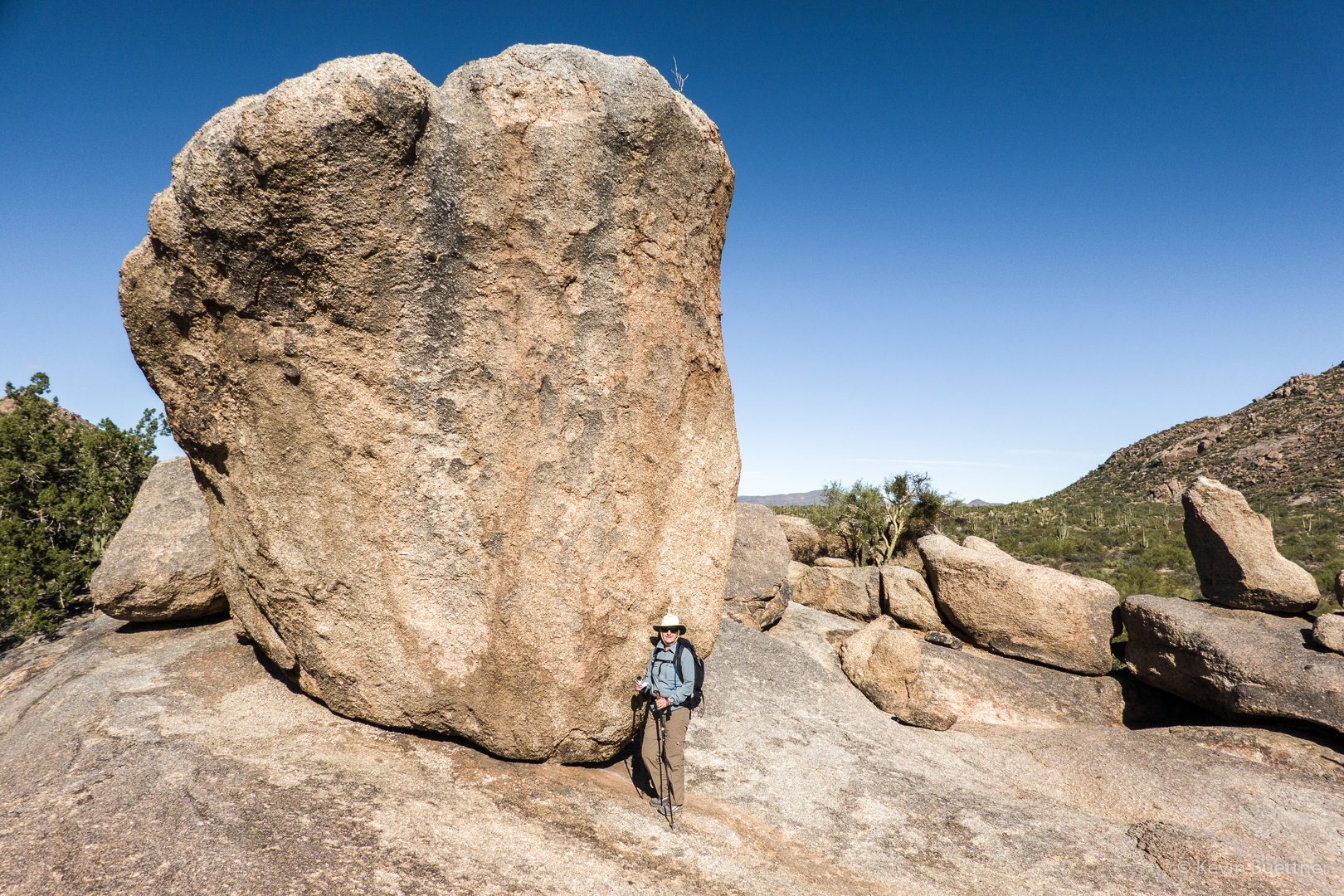 A view of Brown’s Mountain and Cone Mountain from the Cholla Mountain Loop Trail: 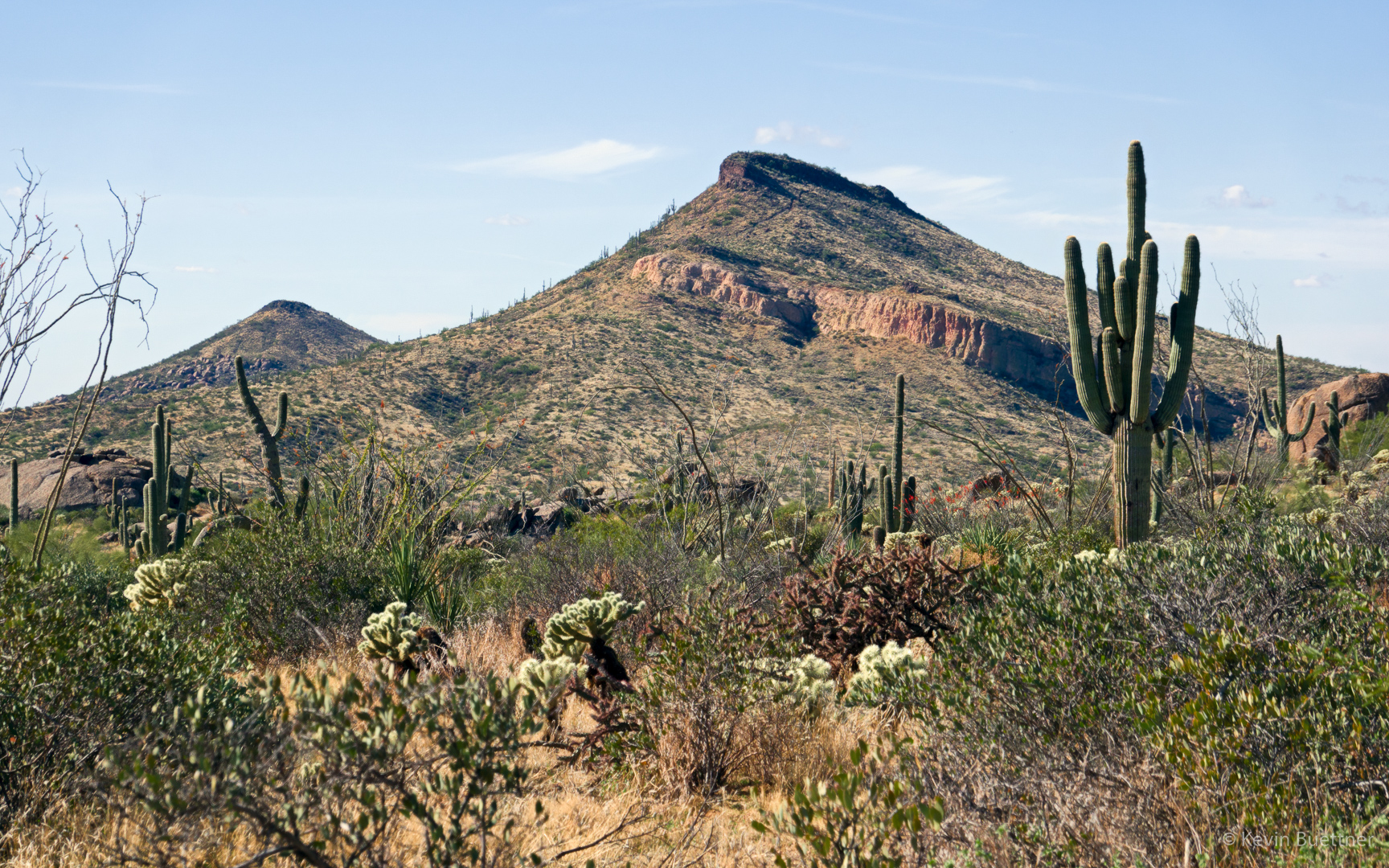 I think this is some kind of hawk; we saw it as we were approaching the intersection with the Branding Iron Trail. 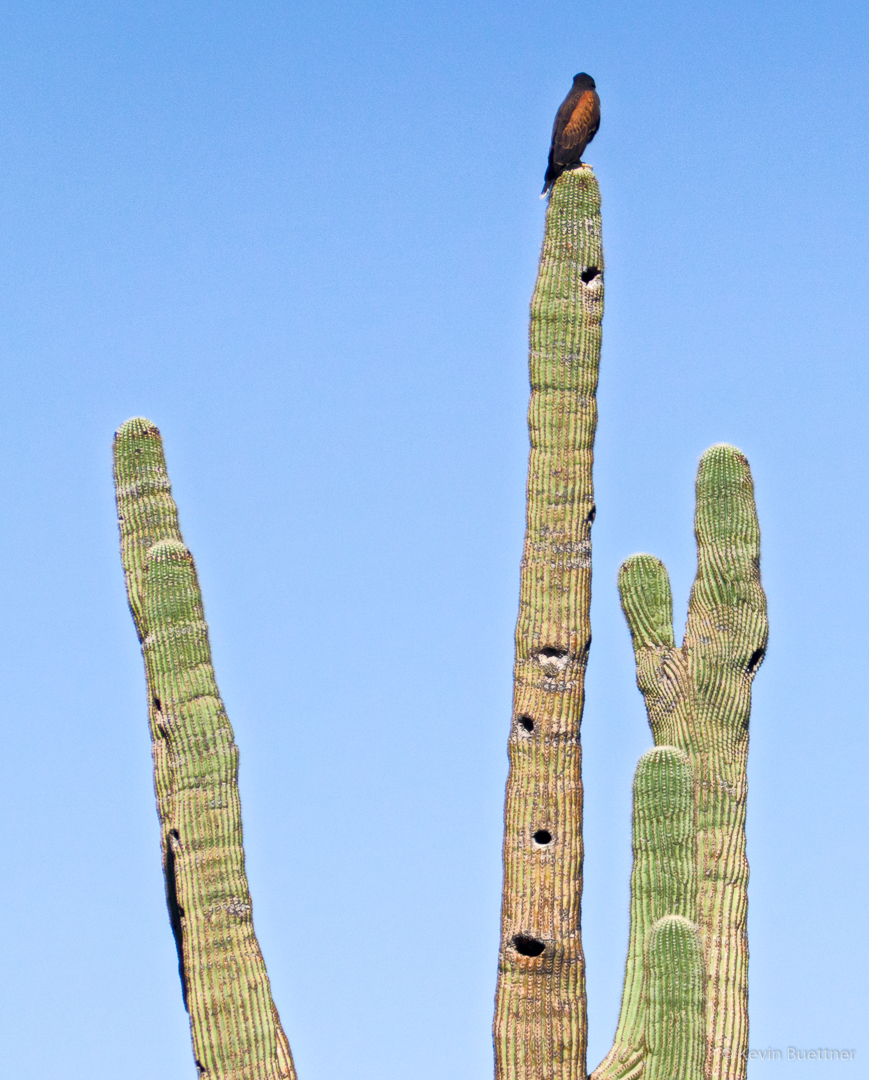 I saw this Christmas Cholla on the Stagecoach Trail. Marilyn and I had split up at this point. We eventually met up again on the South Diablo Trail. 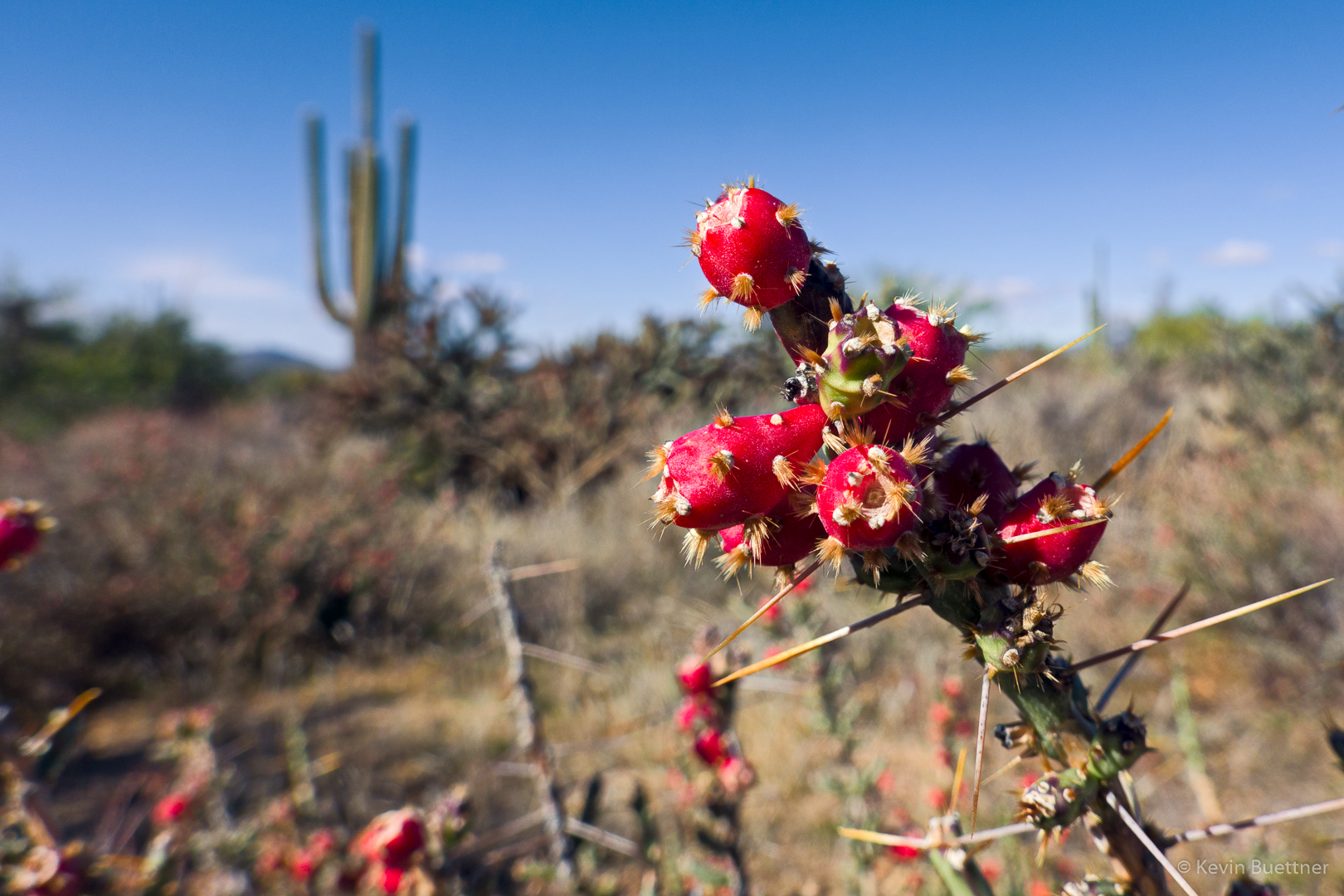 Signs for the Diablo Trails… 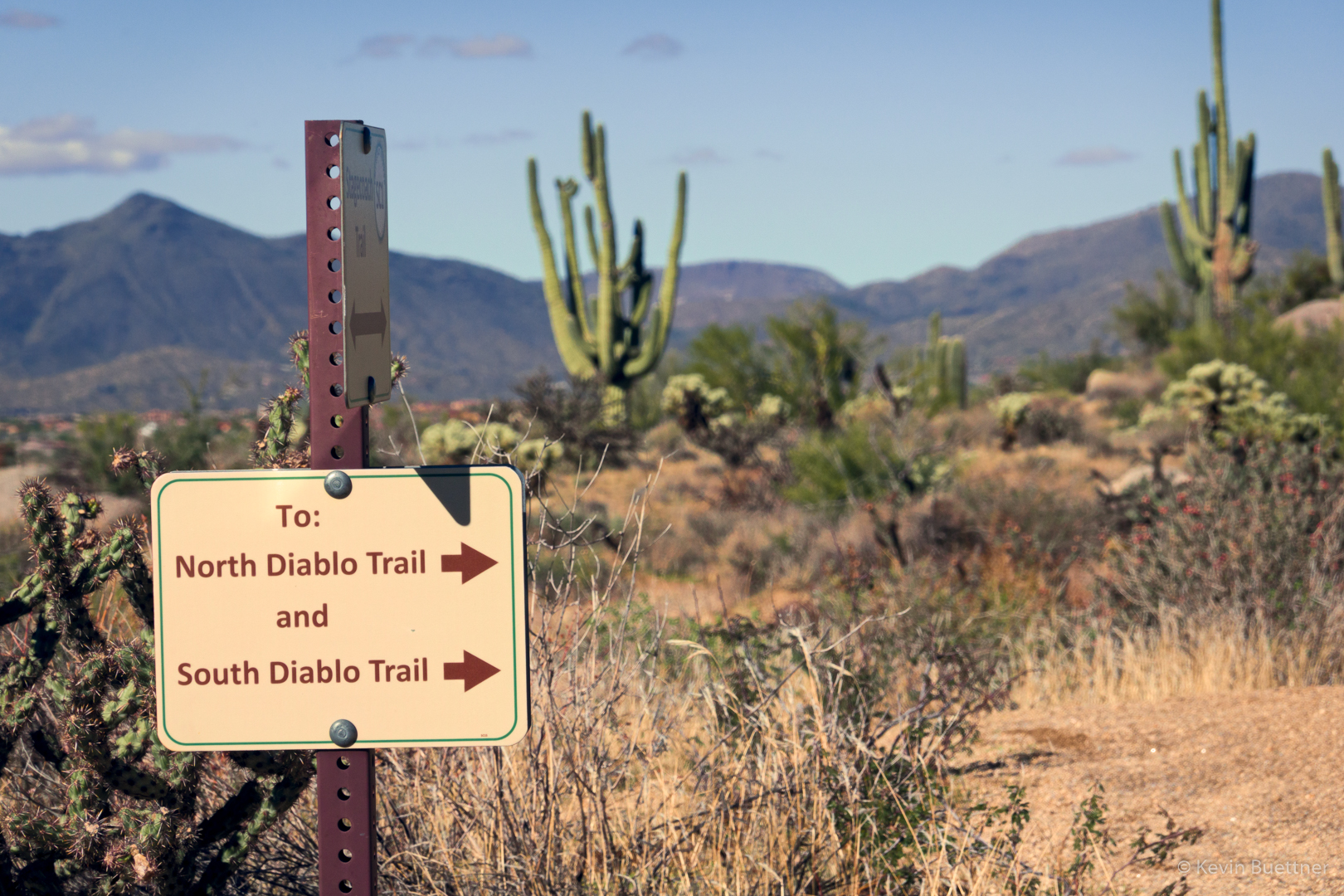 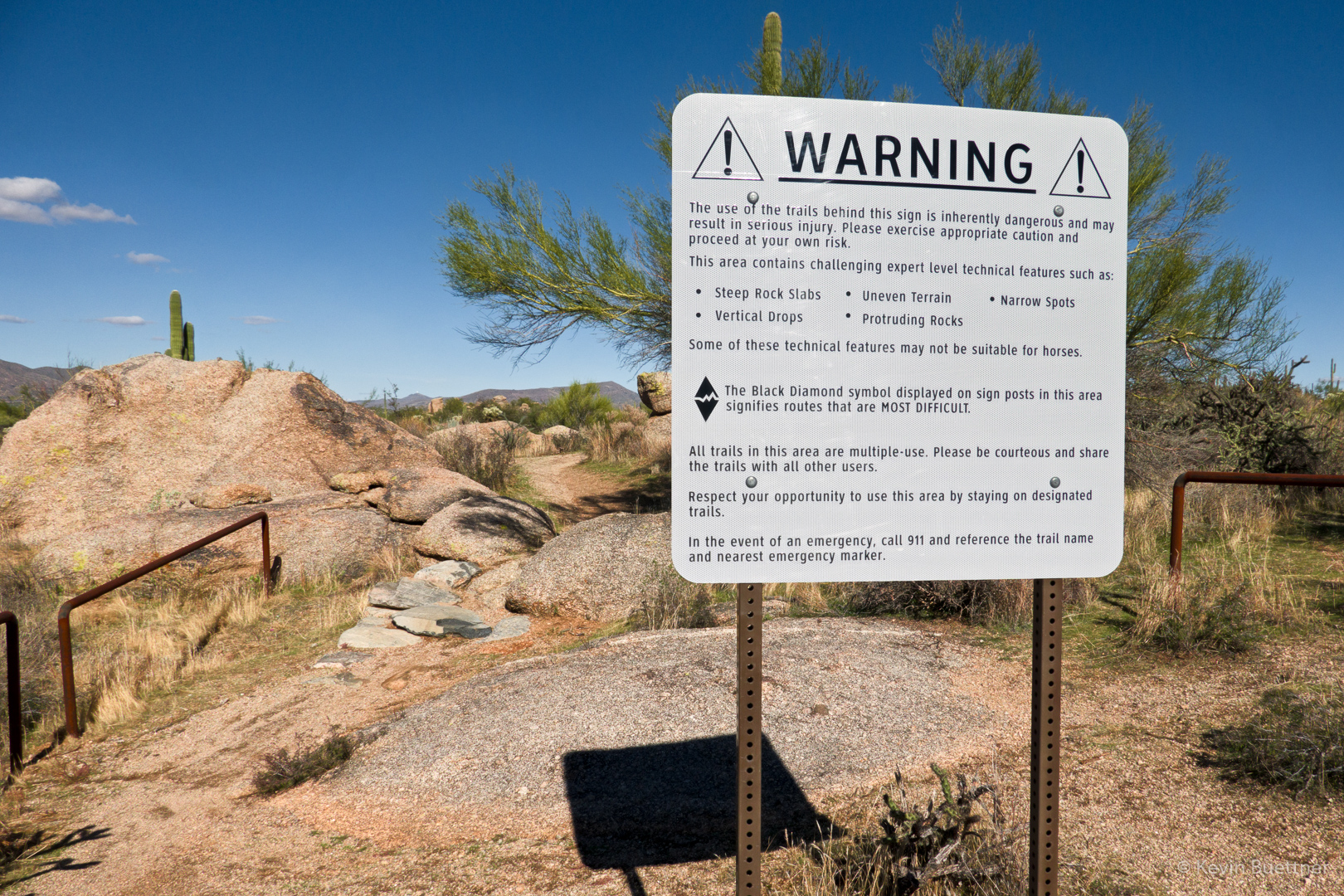 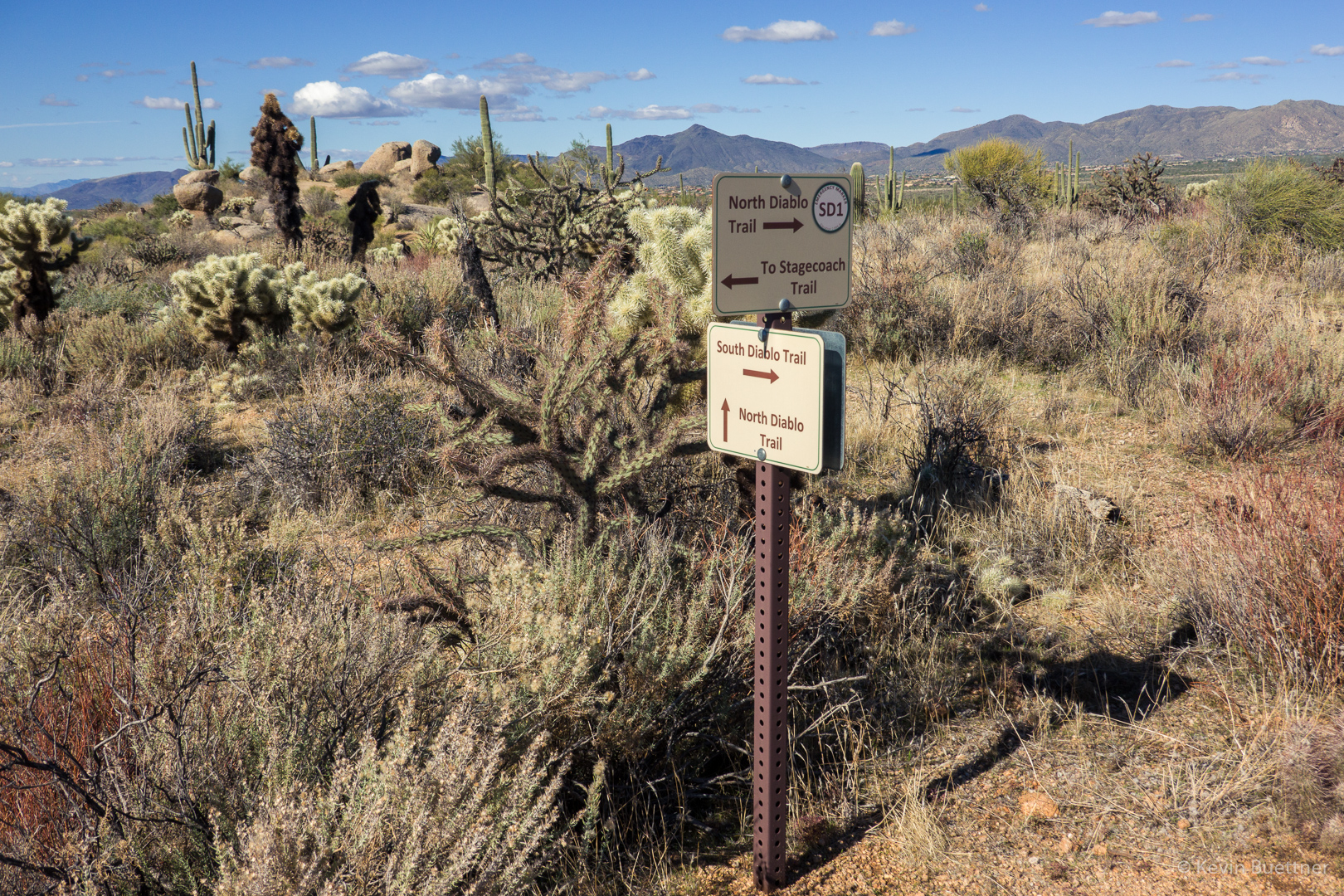 I zoomed in a lot and got a shot of some rock formations in the distance.  I think that the Stagecoach trail goes around this formation. 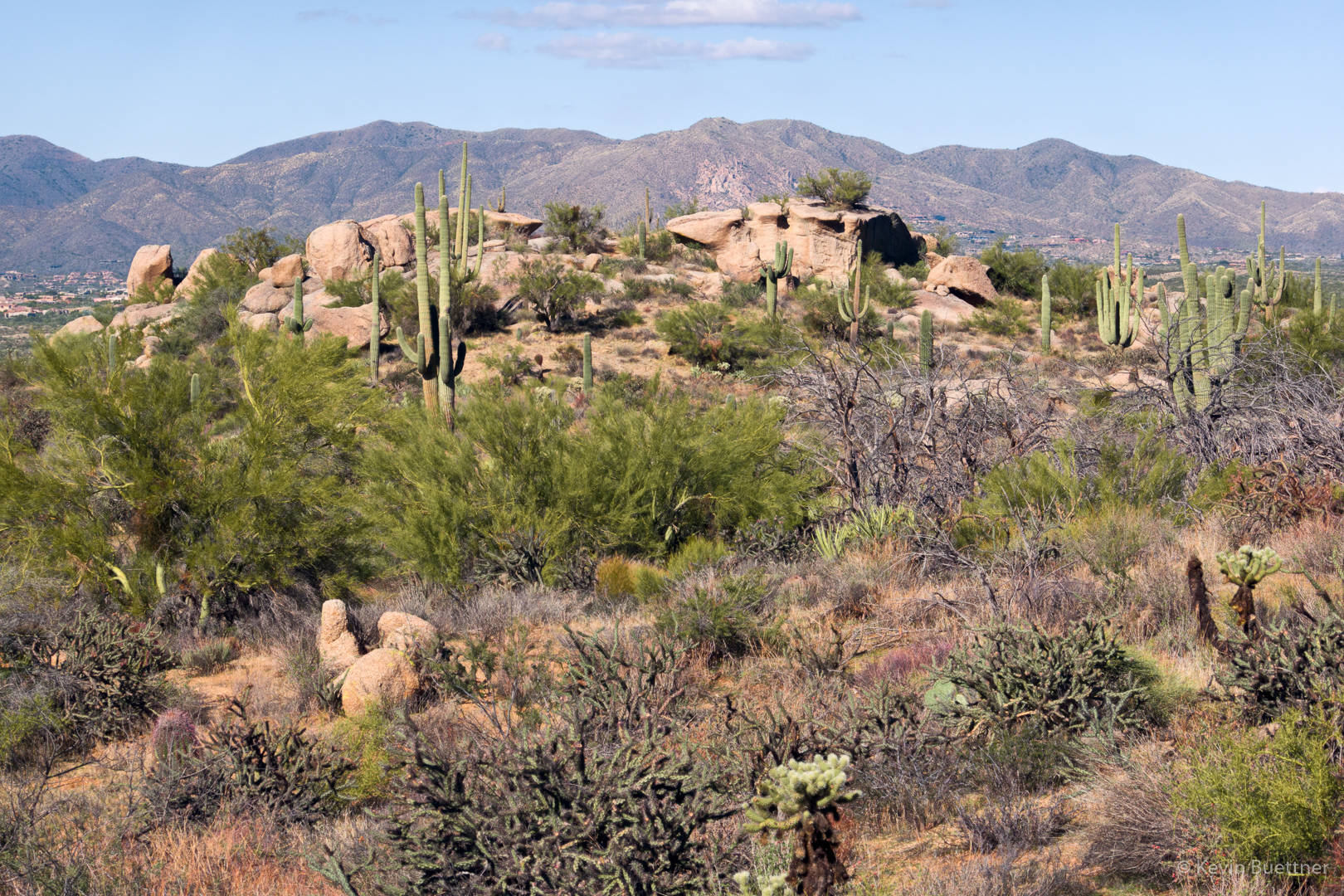 This is one of the moderate obstacles on the Diablo Trail.  I doubt that I could ride up it, though I might be able to make it down. That said, there was a tricky bit at the top (out of view in this photo) which I might not make were I riding it in that direction.  There are some much more difficult obstacles in other locations, but I forgot to photograph them. 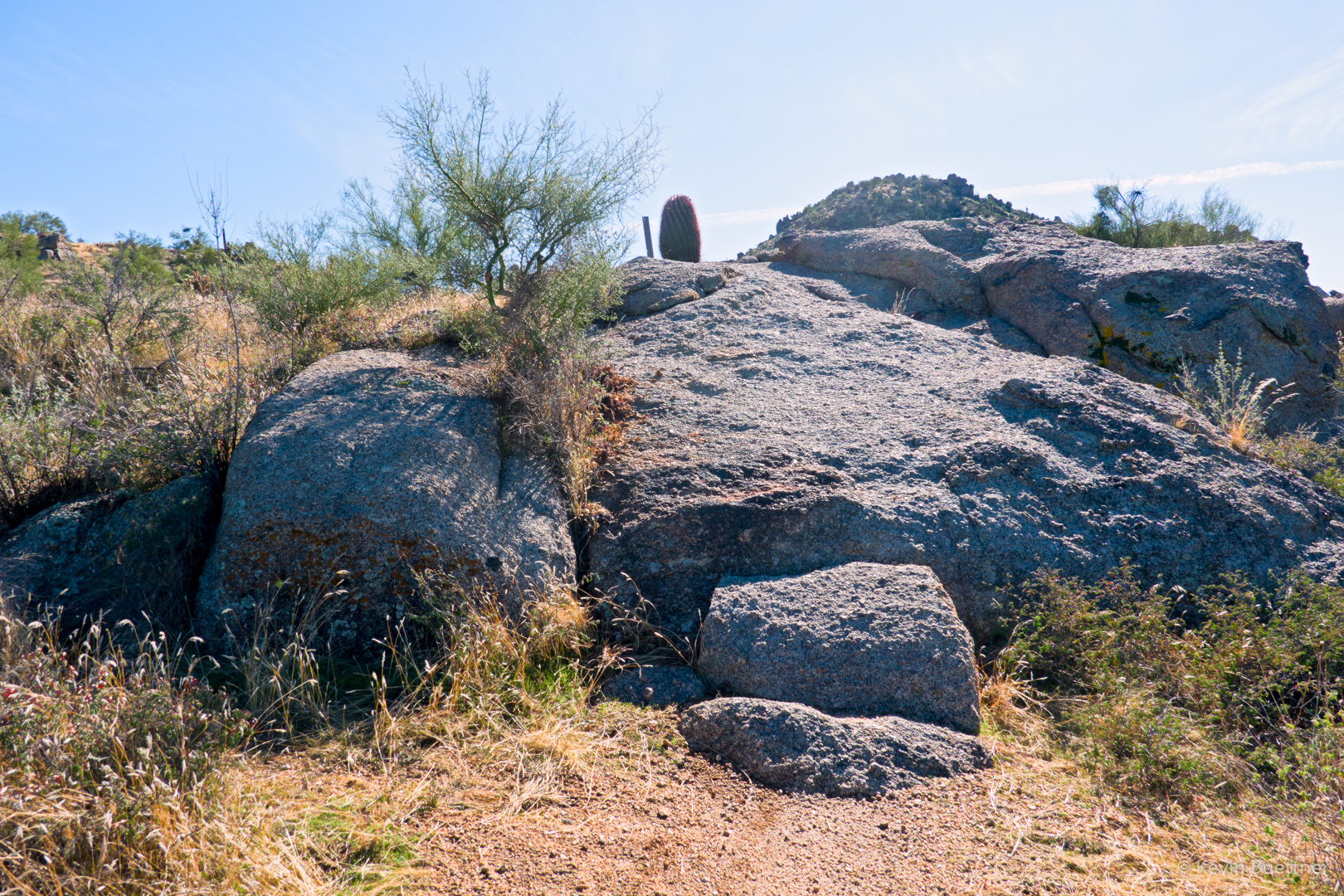 This is a view from the Bootlegger Trail, somewhat after turning off of Granite Mountain Loop. 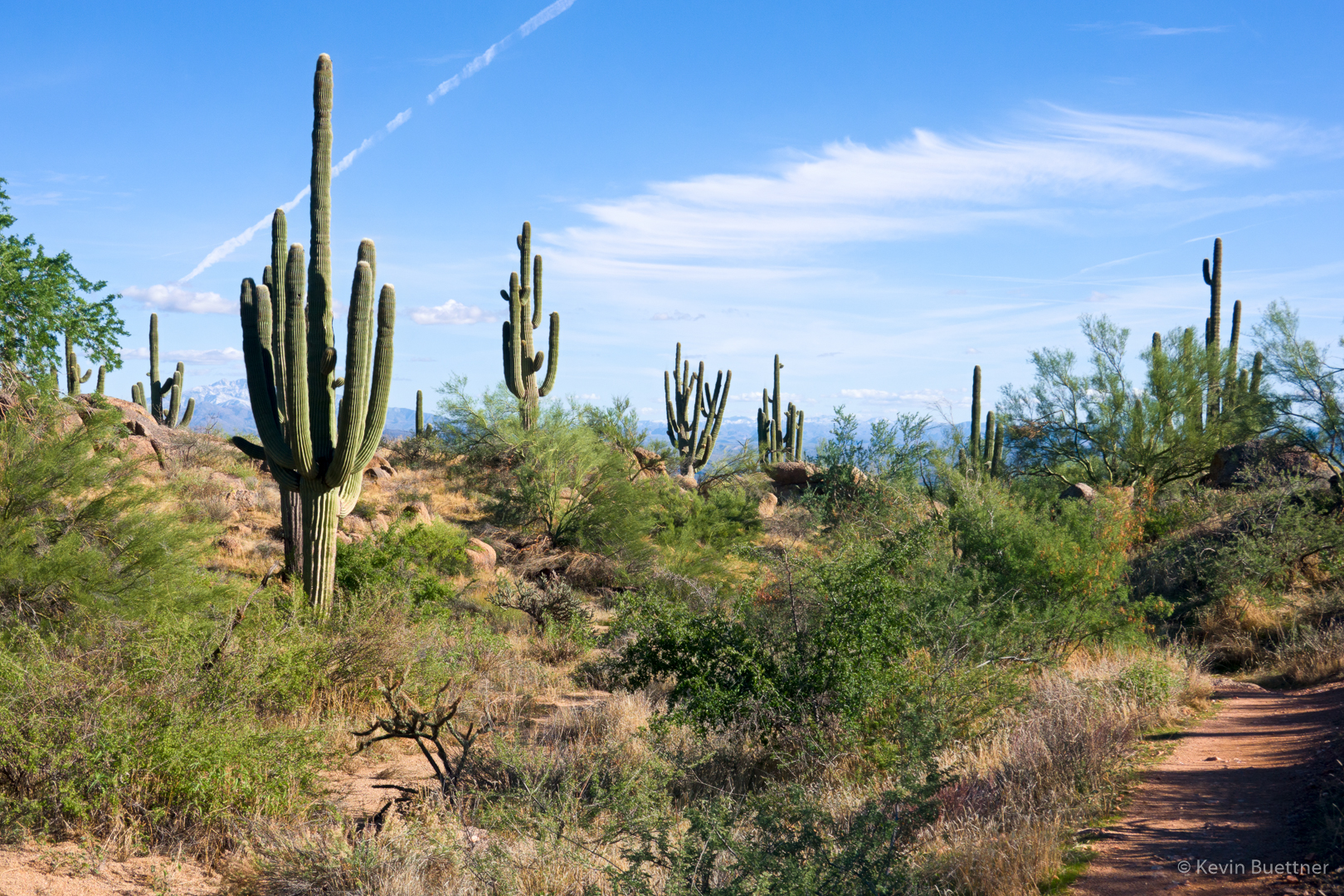