Marilyn and I hiked about eight miles on the Deer Creek Trail (four out and four back).

I noticed a prickly pear cactus with a lot of really ripe fruit. As I looked closer, I noticed a rather messy spider web covering a lot of the plant. Looking closer still, I noticed a spider with what I guess is an egg sack on the bottom of one of the fruit. It wasn’t until I got home and started processing the image that I noticed what an unusual looking spider it is. 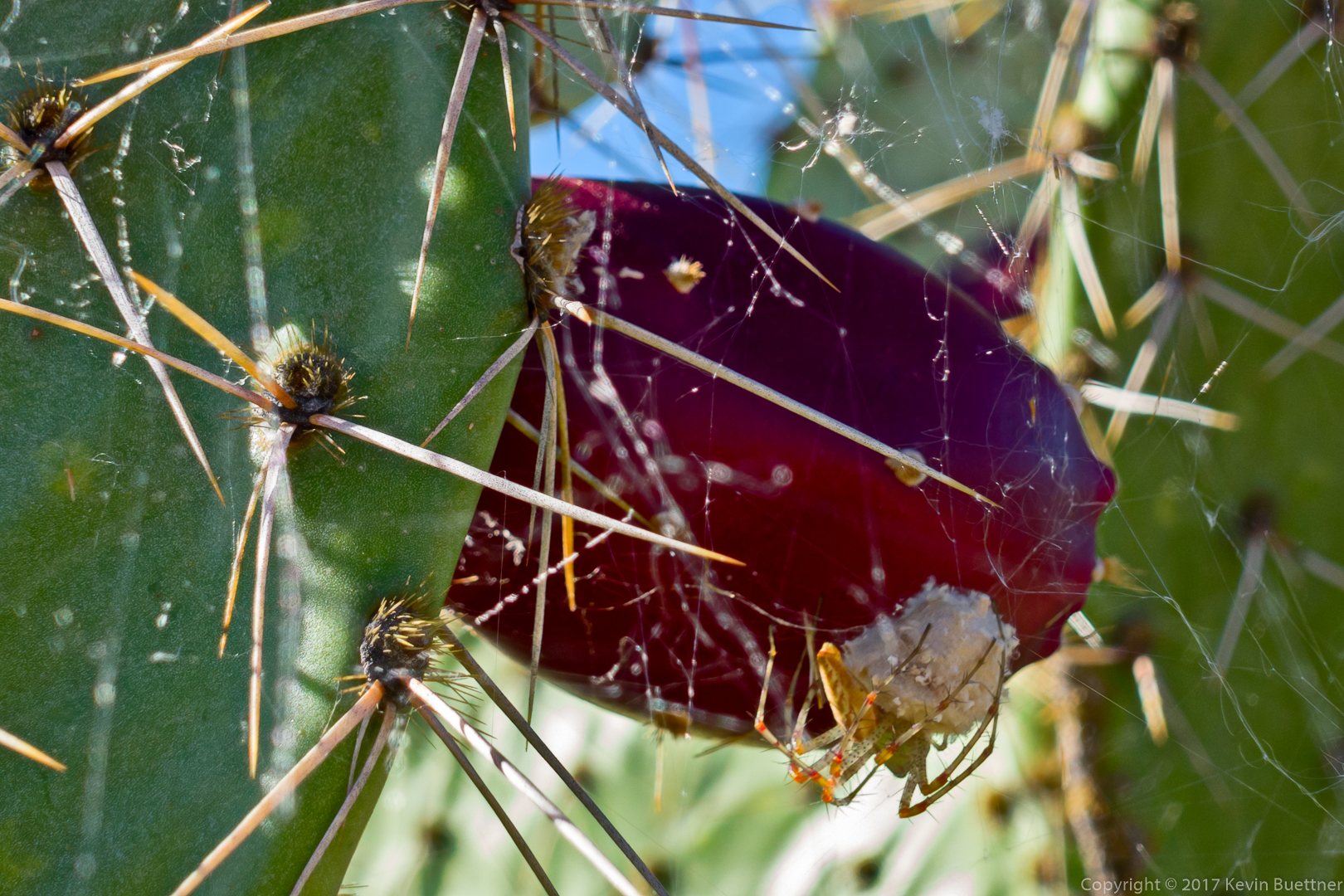 I think that this is the South Fork of Deer Creek. 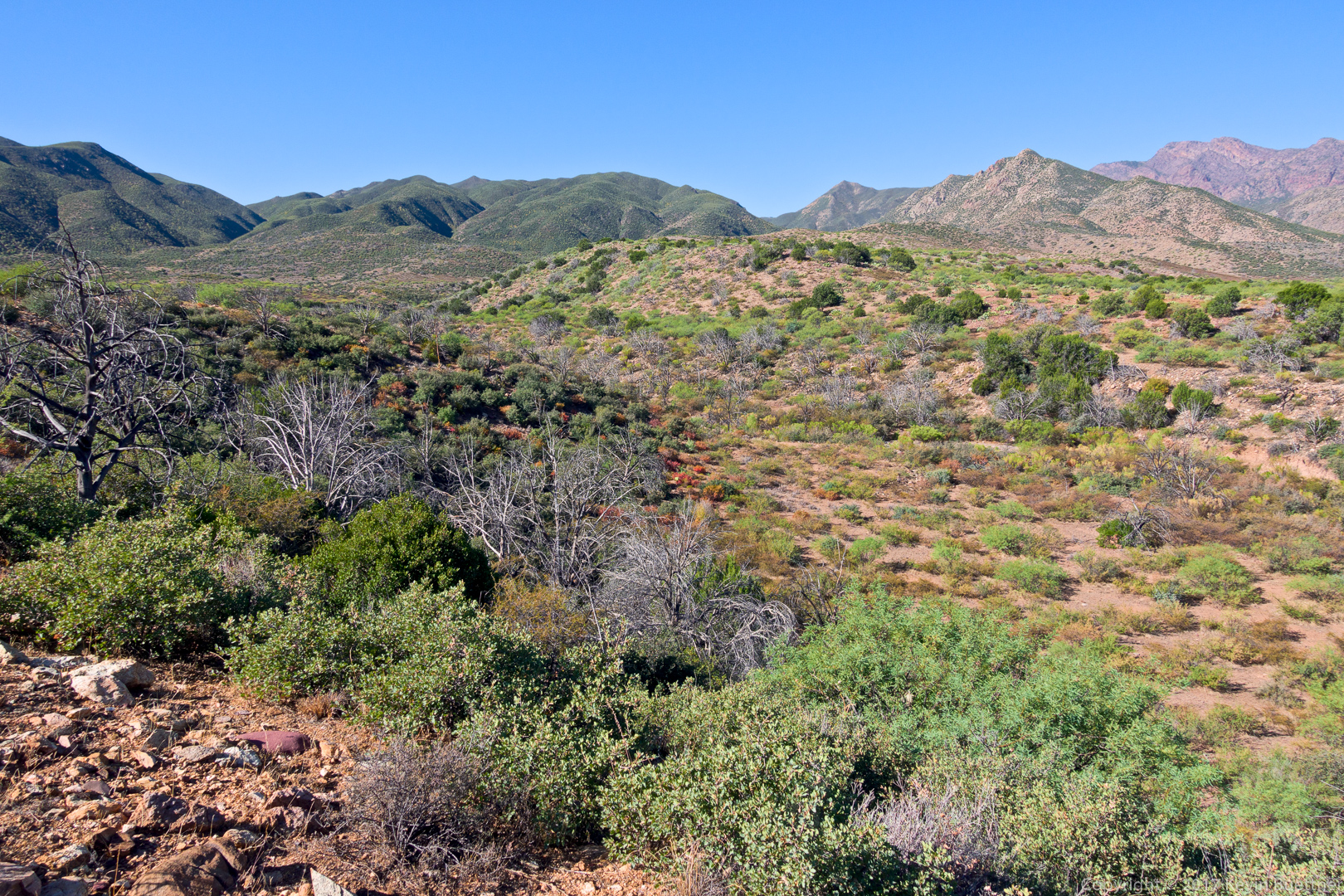 At this point we had crossed over the creek / wash feeding into Deer Creek and were hiking along the fence line. 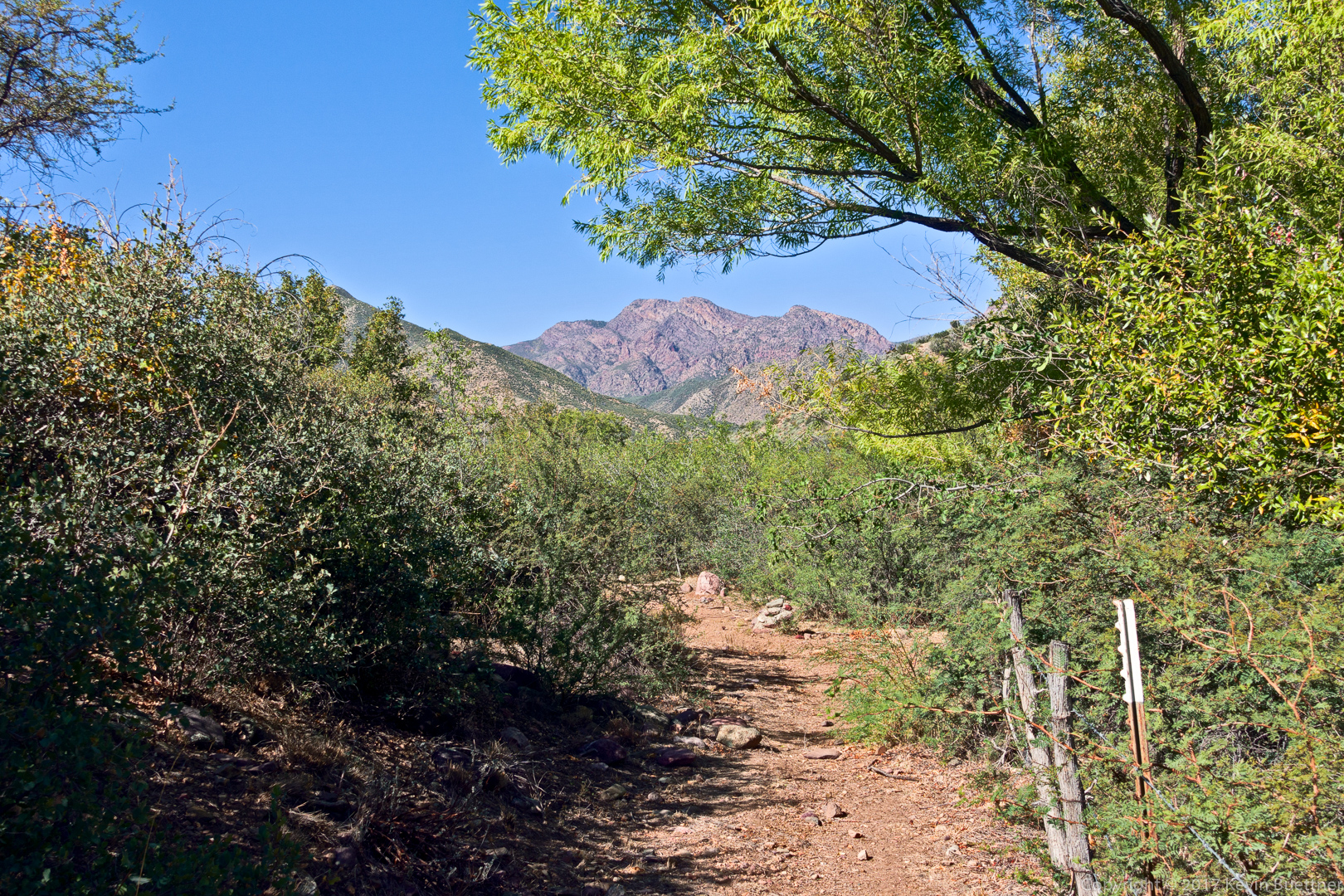 In this spot, I noticed some agave stalks on the hill. 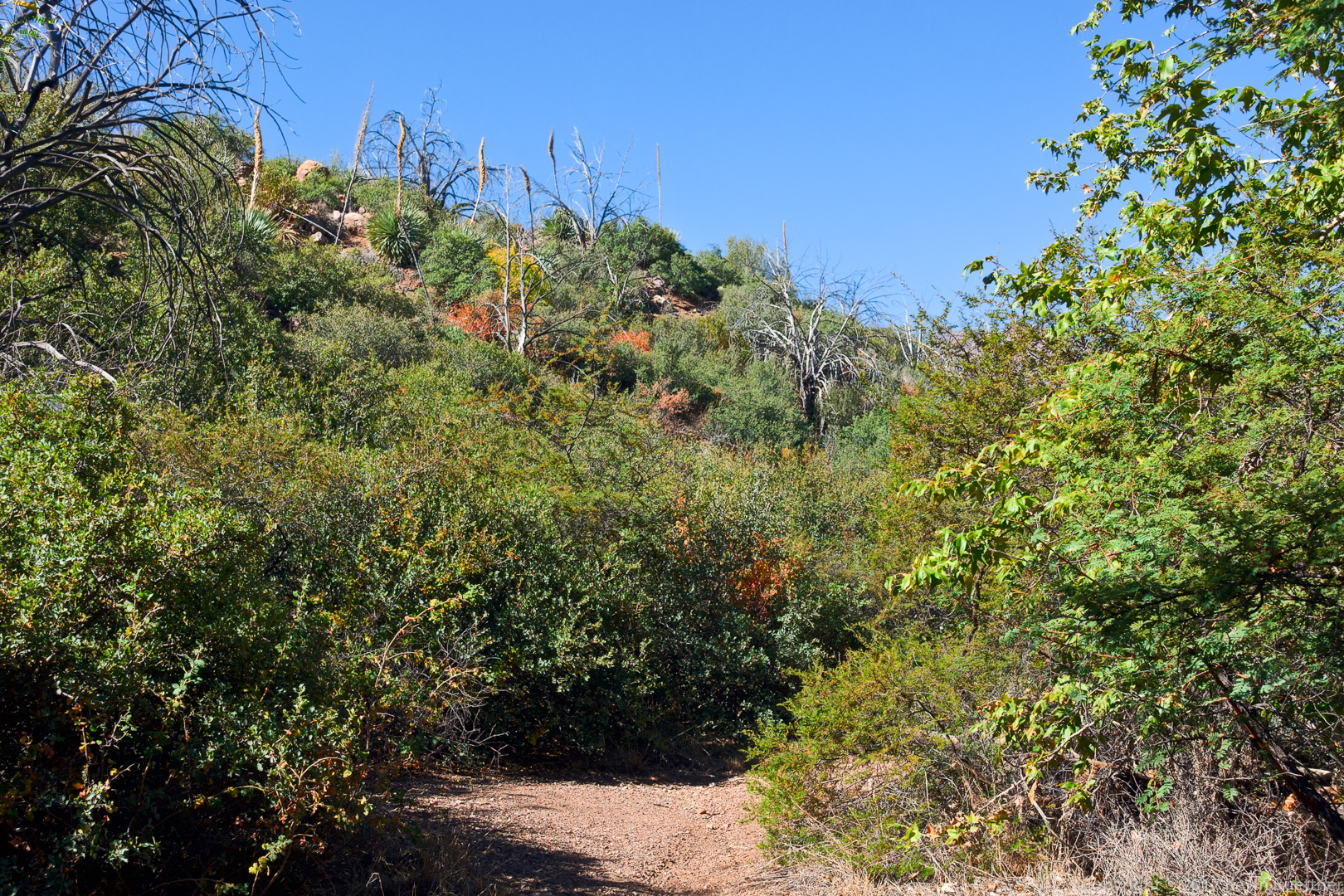 Looking into Deer Creek and one of the mountain behind. 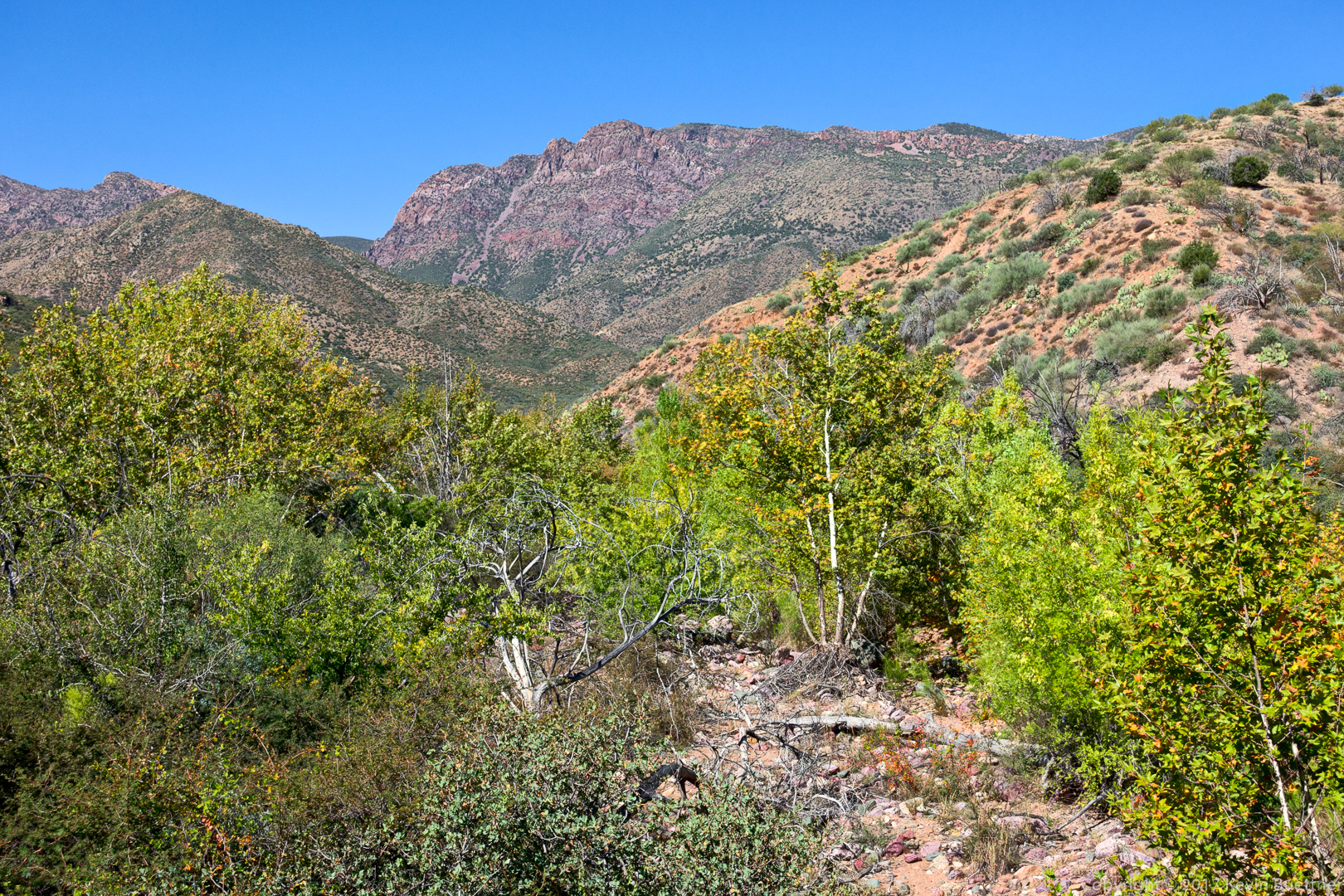 I thought at first that these were fruit on this scrub oak, but have since learned that they are oak galls which are sometimes called oak apples.  They are growths which are caused by the secretions of gall wasp larvae. In any case, the one in front was slightly larger than a golf ball. 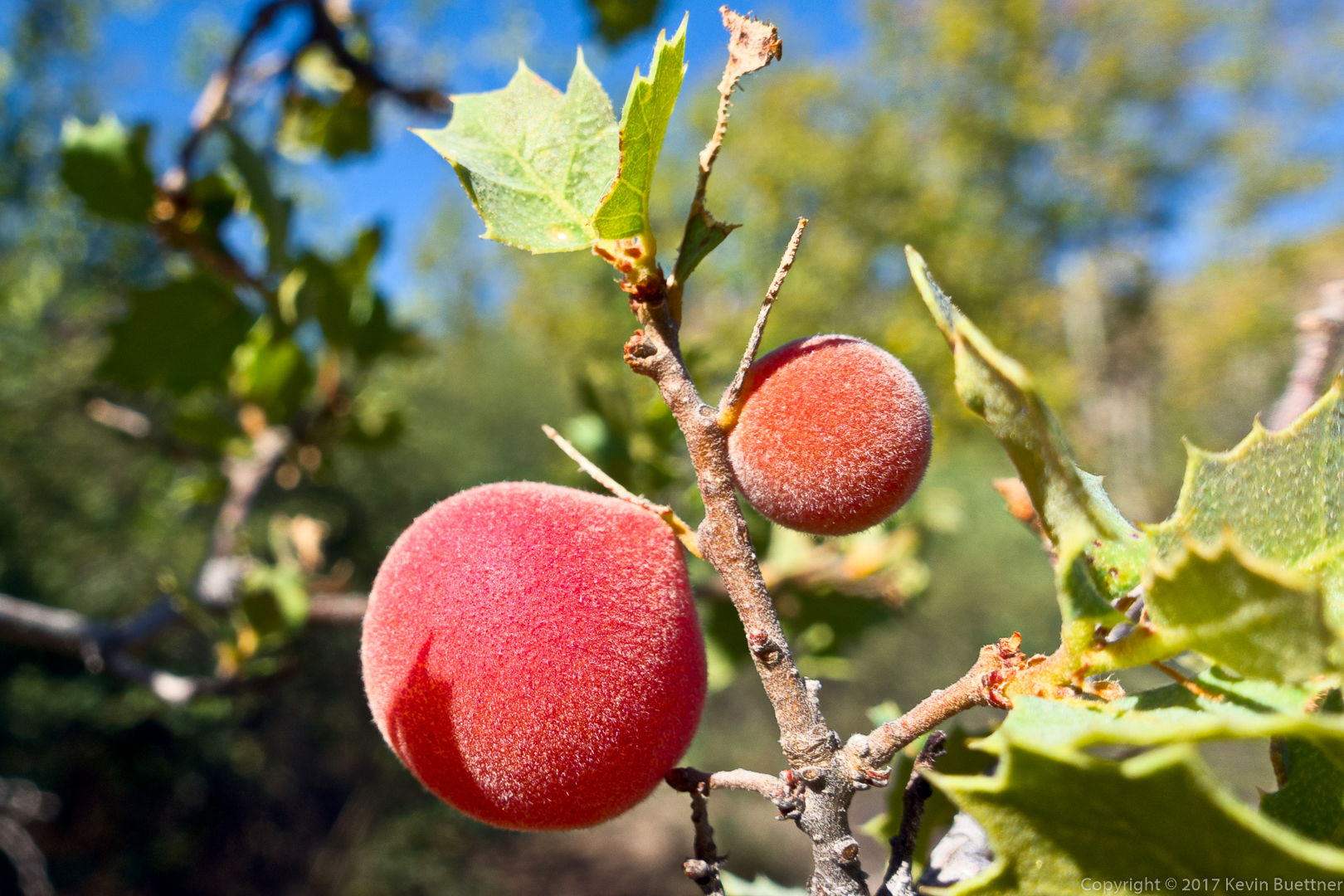 These berries were smaller and a lot more abundant. I think that these are actual fruit instead of galls. 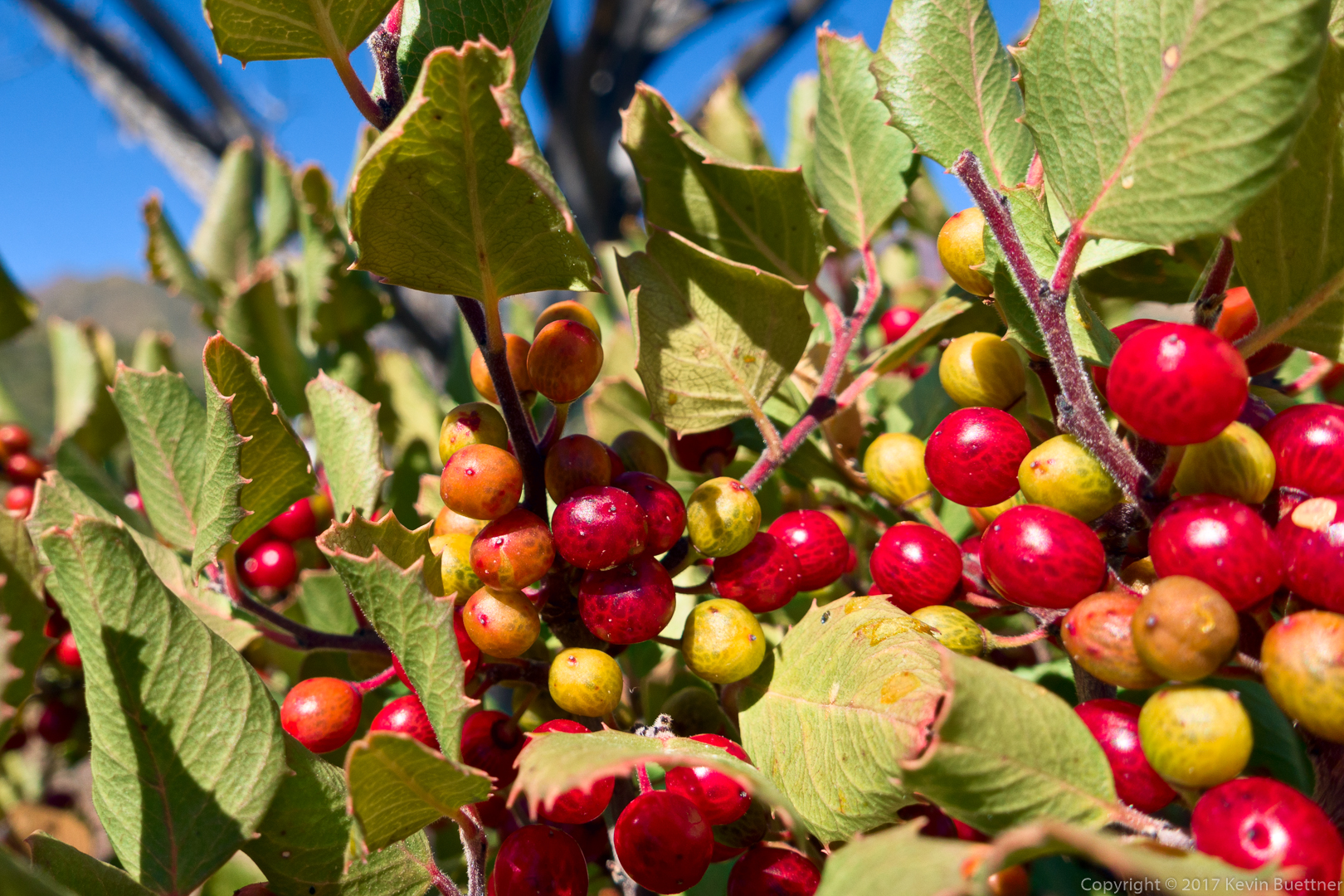 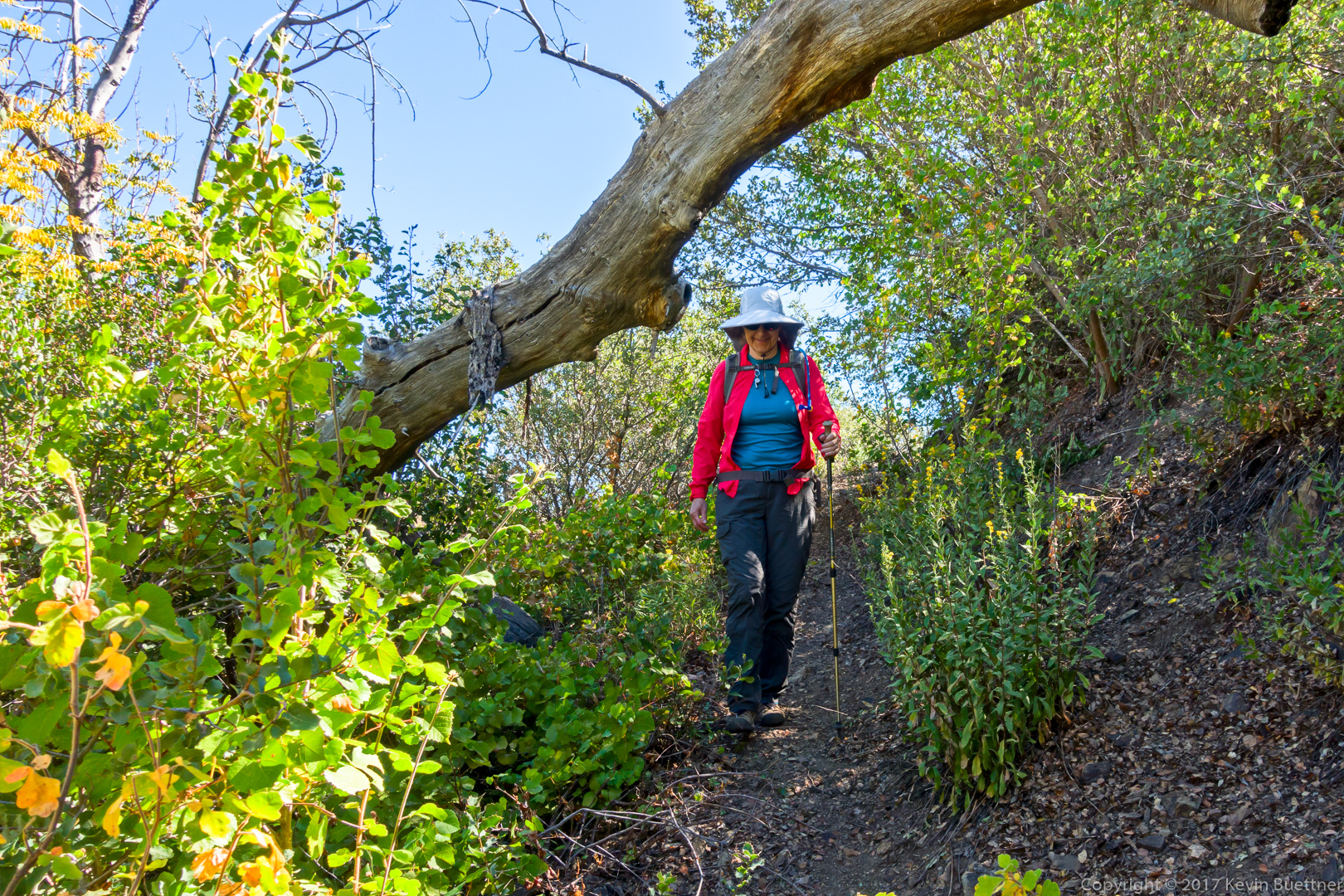 Another view of Deer Creek. We didn’t see any water in the creek. 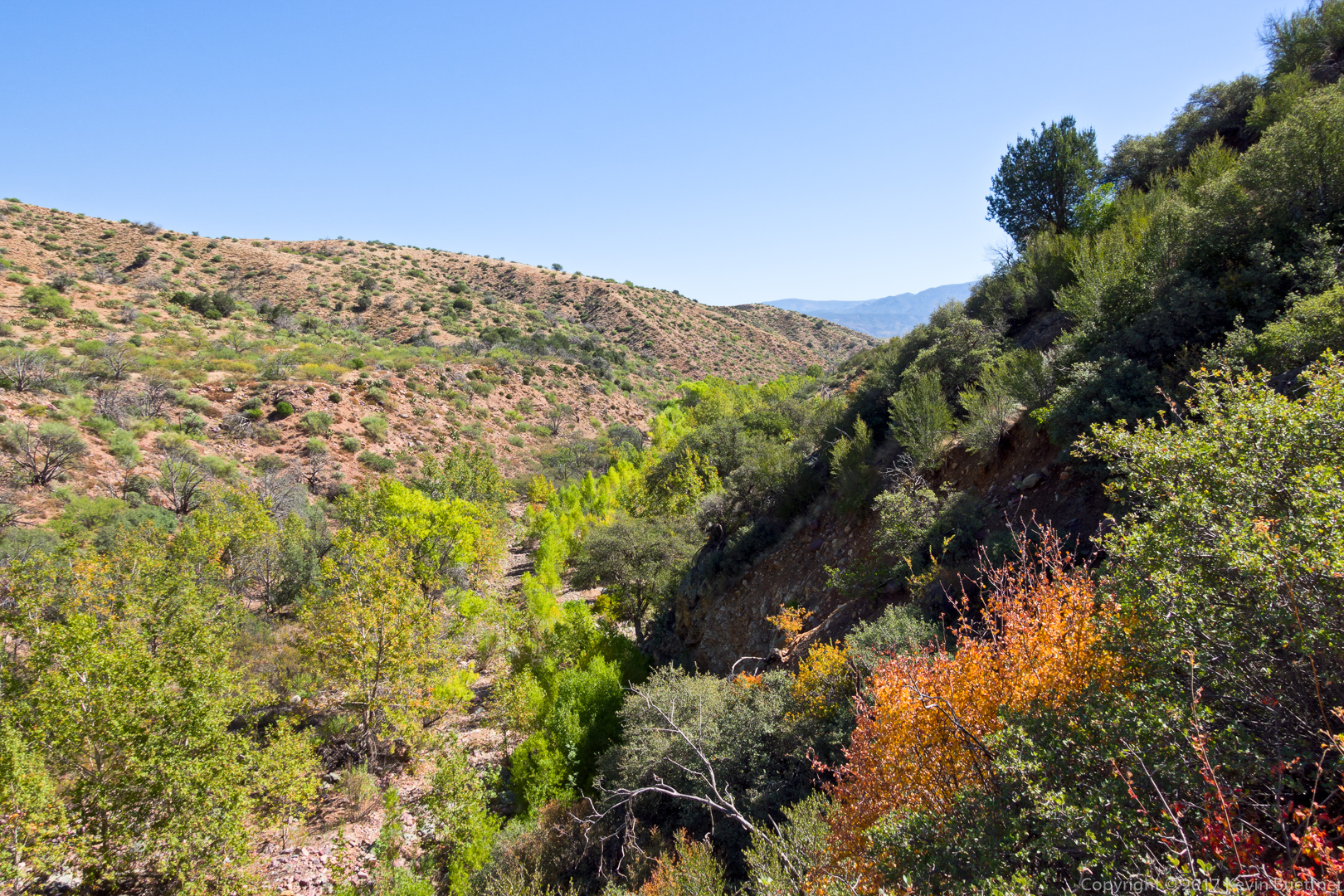 This is Davey Gowan’s gravesite. Gowan was a Scottish immigrant and pioneer who discovered Tonto Natural Bridge while hiding from Apache. From the accounts that I read of him, he was buried very close to where he died while traveling from a cabin that he had in this area. 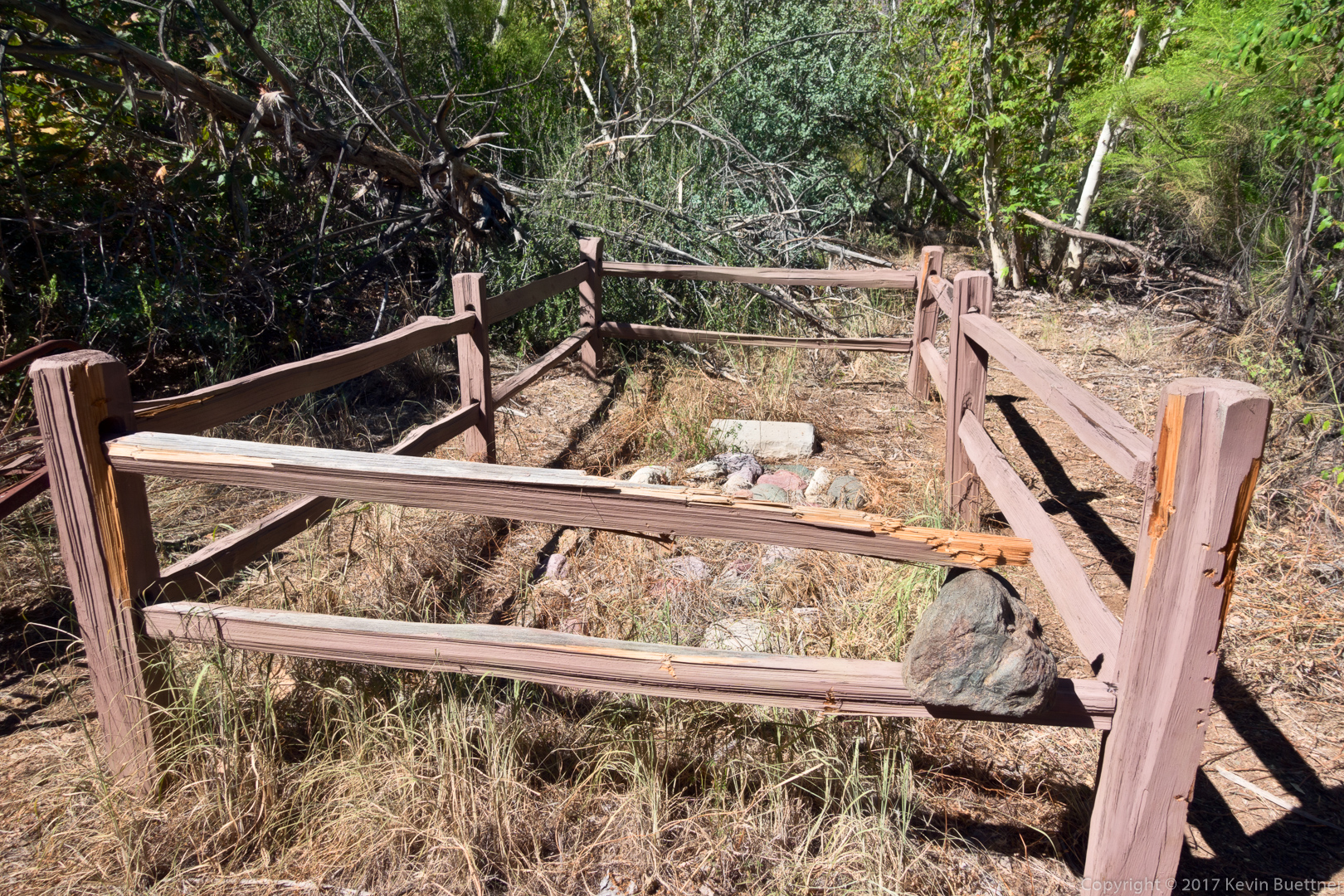 A picture of Gowan’s headstone: 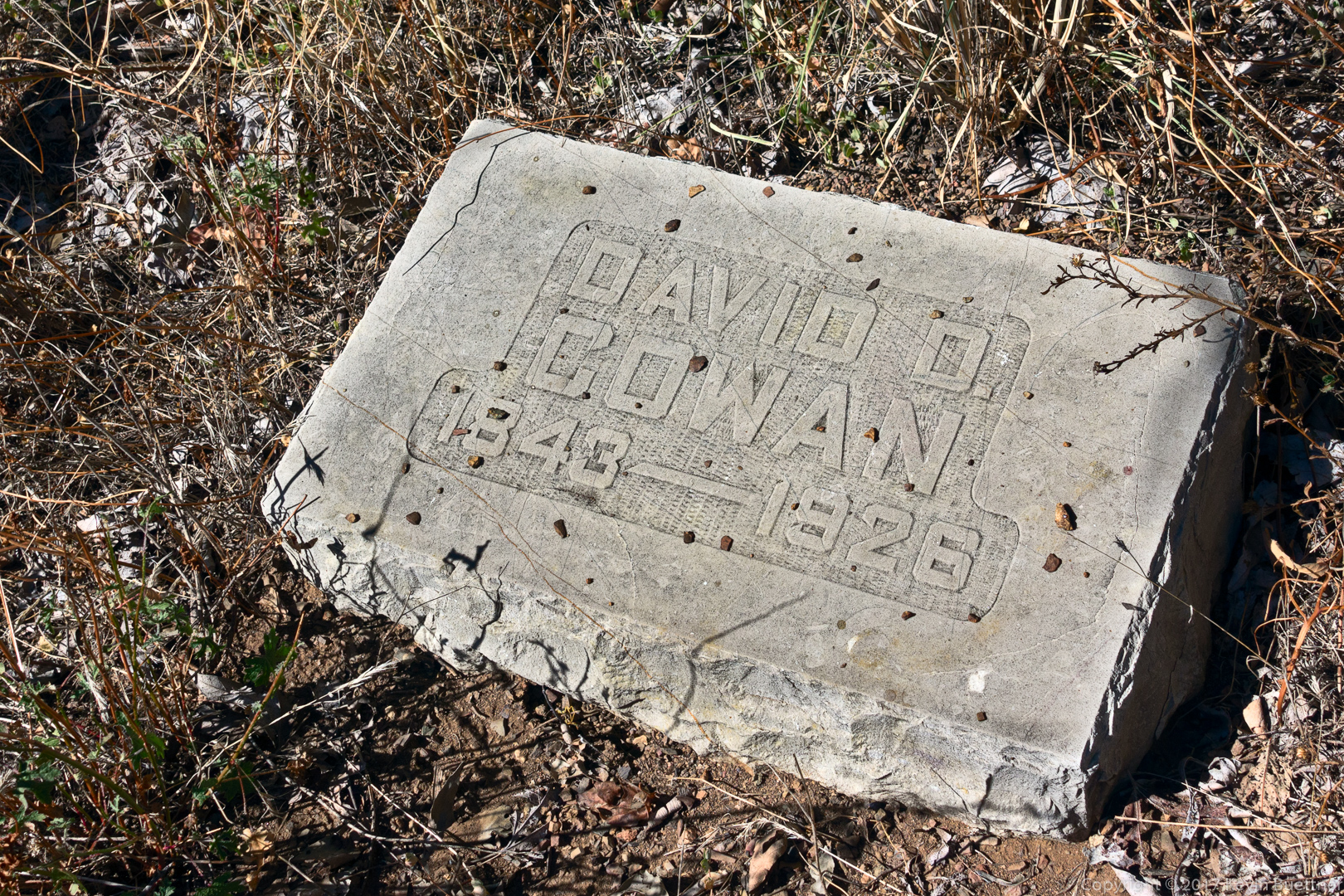 After proceeding on from Gowan’s gravesite, we started out seeing one peak in the distance, the steep terrain eventually block our view of that peak, … 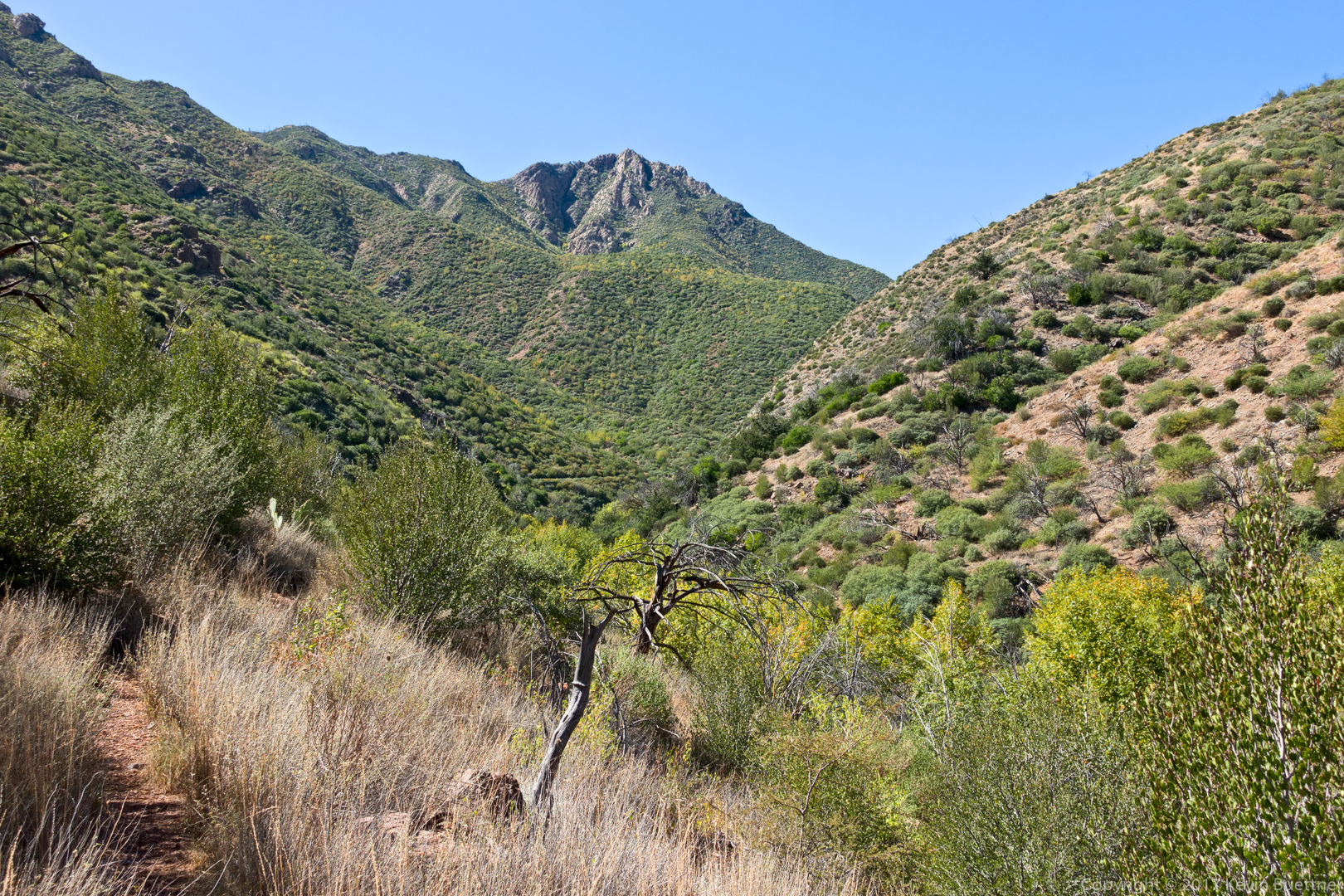 …revealing a different peak instead. 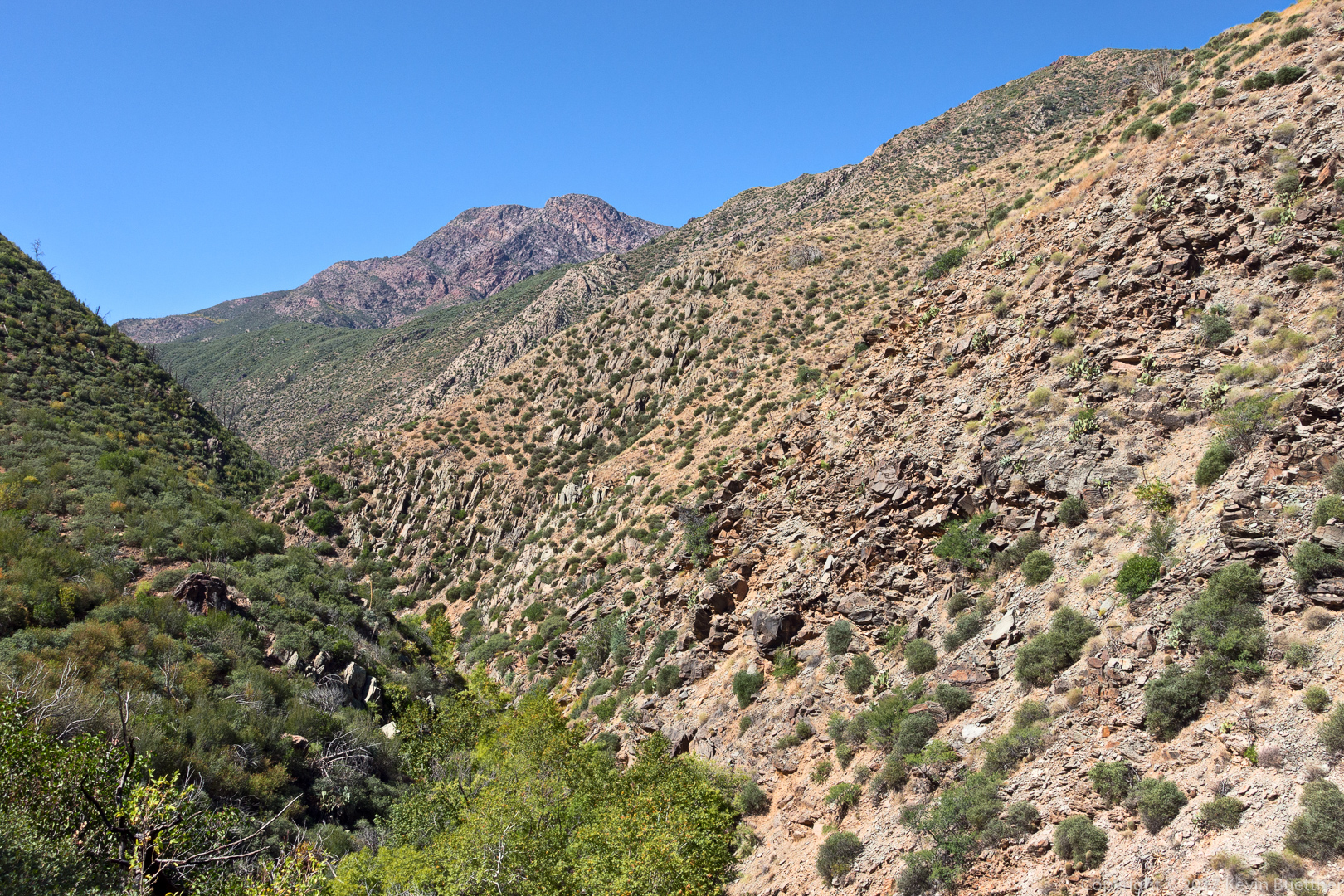 Eventually our views of that peak disappeared too; here’s another look at it just before I lost sight of it too. 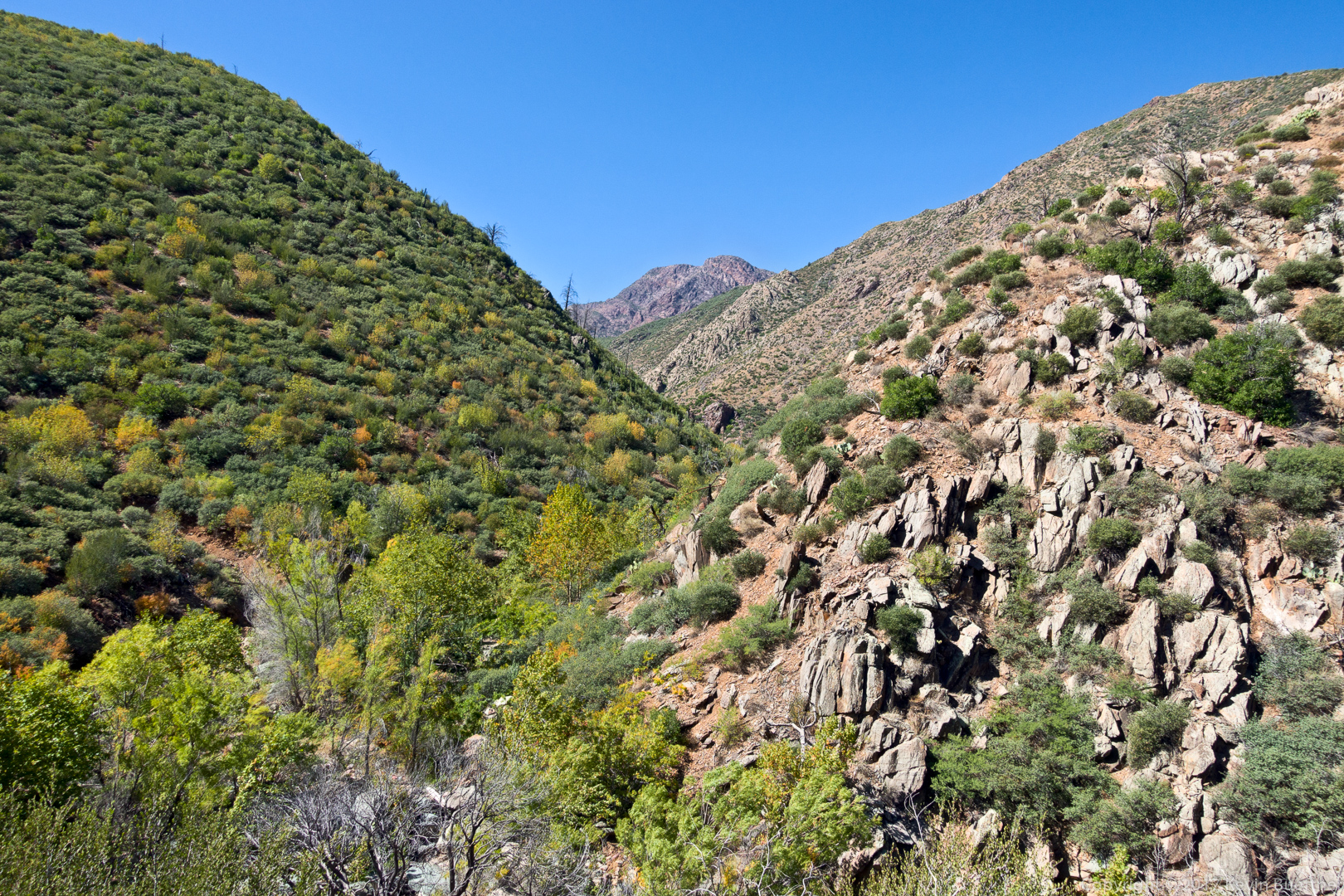 At about four miles in, I came across the Mazatzal Wilderness sign. 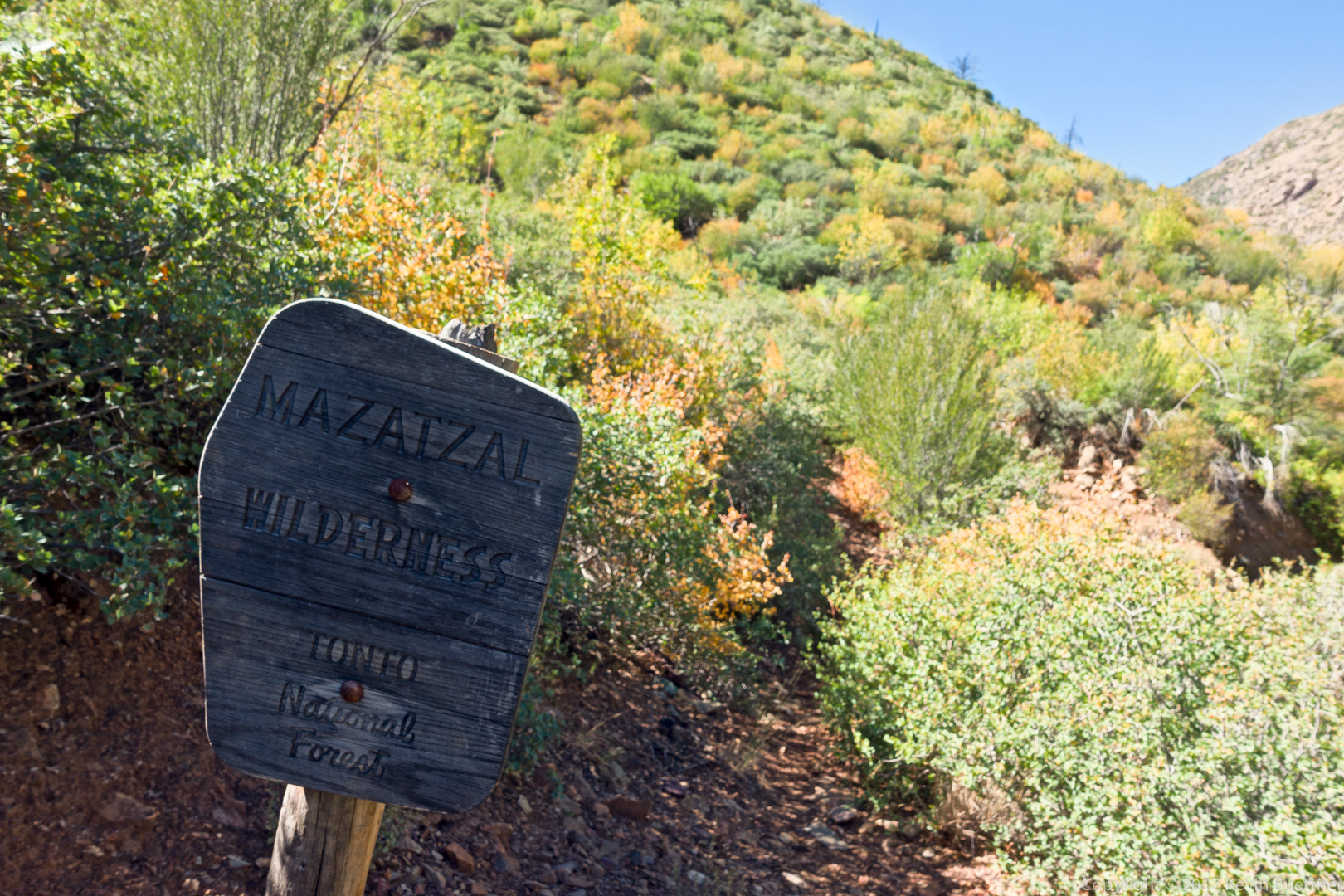 And, only a short way beyond the sign, I encountered a large gully, water flow through which had washed away the trail.  I think that the trail continues in the slight gap in vegetation at the left of this photo, but am not certain as I saw a similar gap somewhat lower down to the right (which is not in this photo). Marilyn had stopped to wait for me about half a mile back, so I decided that this would be a good spot to turn around. 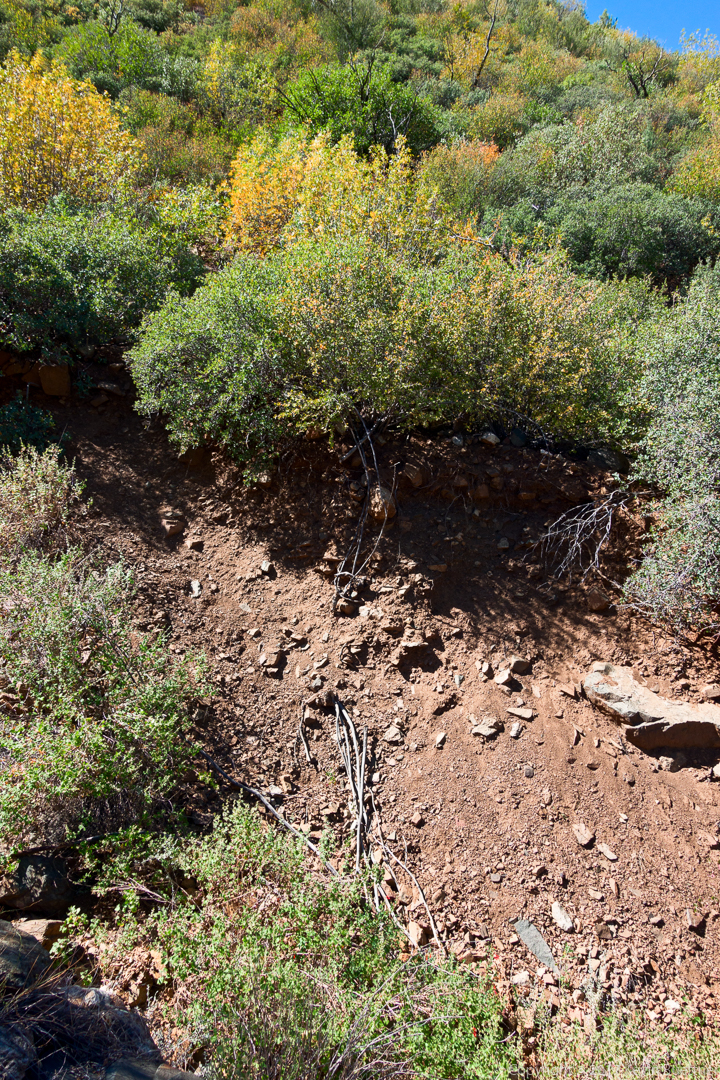 A view of one of the smaller washes I crossed on the way back to where Marilyn was waiting: 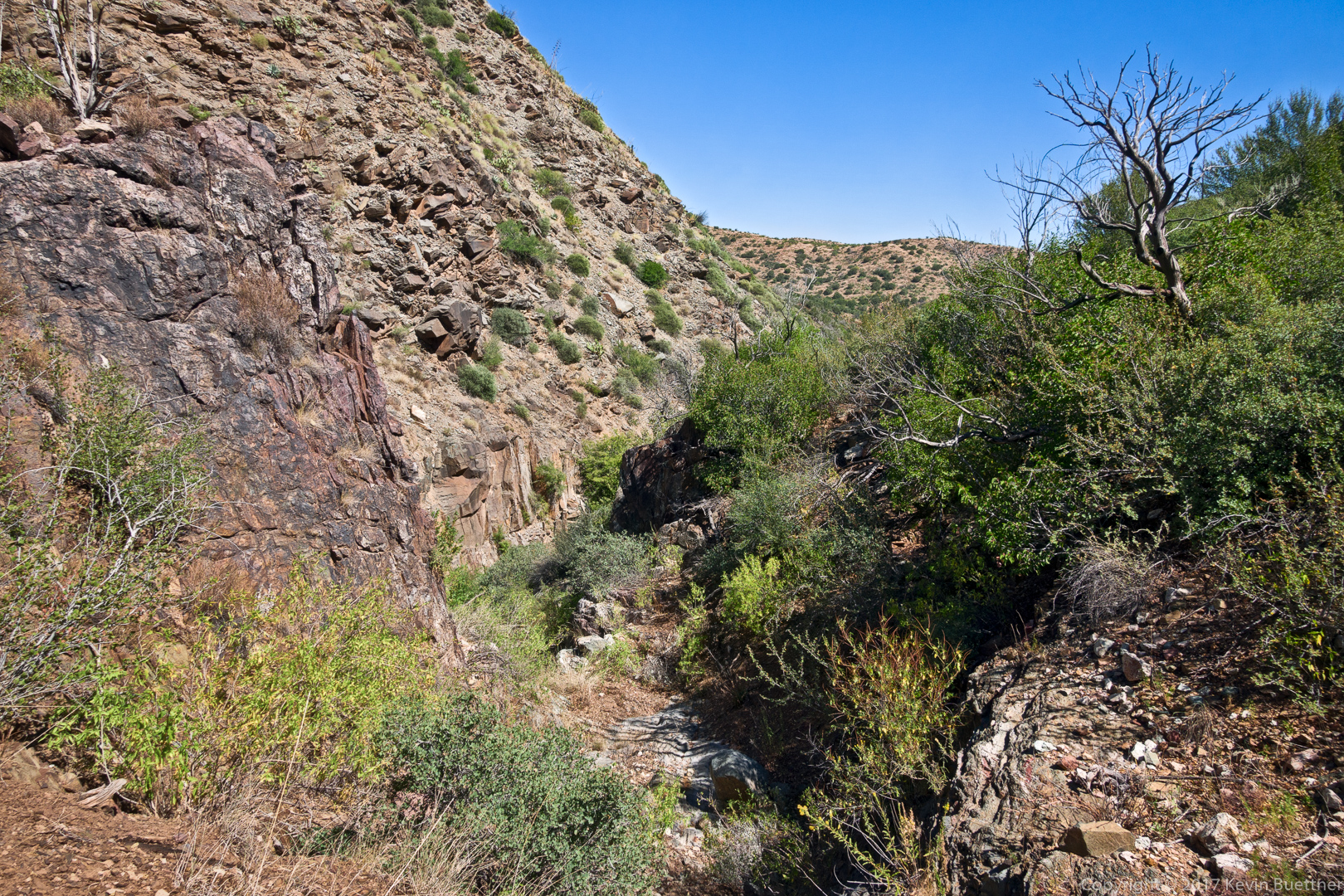 I didn’t notice the insects on this flower until I chimped the photo to make sure that I has the flower in focus. 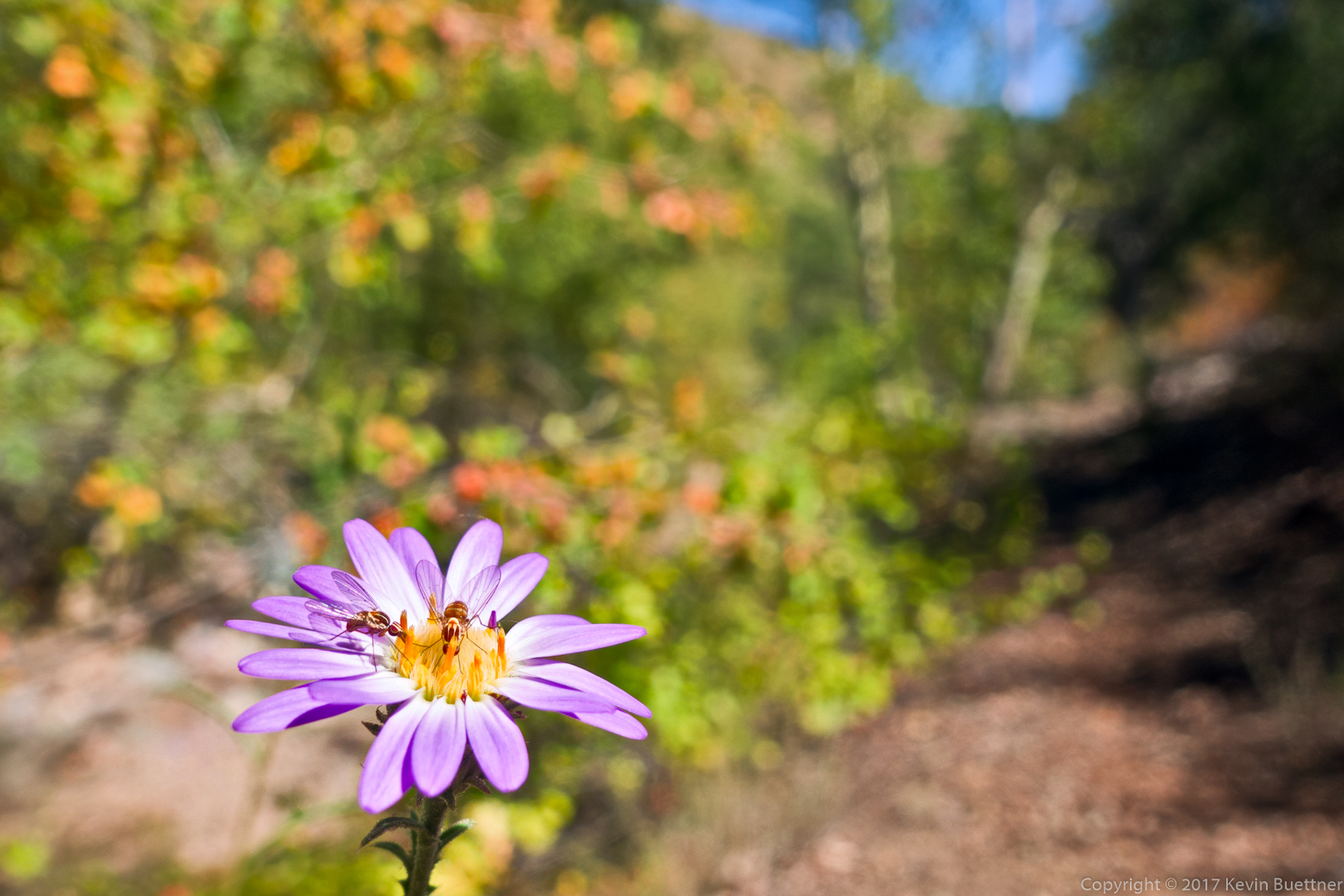 We encountered these yellow flowers a short ways later. 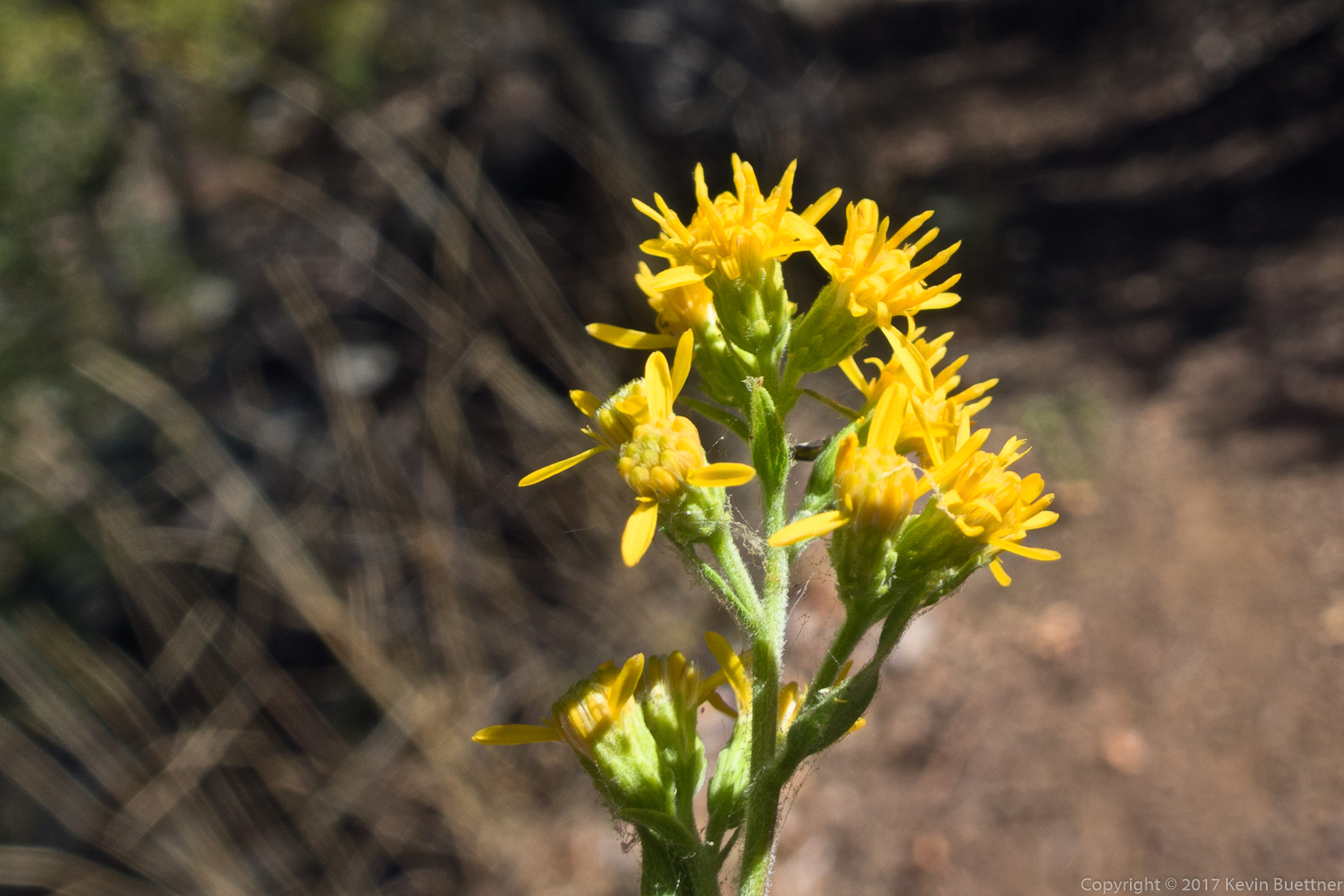 Neither Marilyn nor I recalled seeing this gate before. If it was there on past hikes, we either didn’t go far enough or we’ve just don’t remember it. 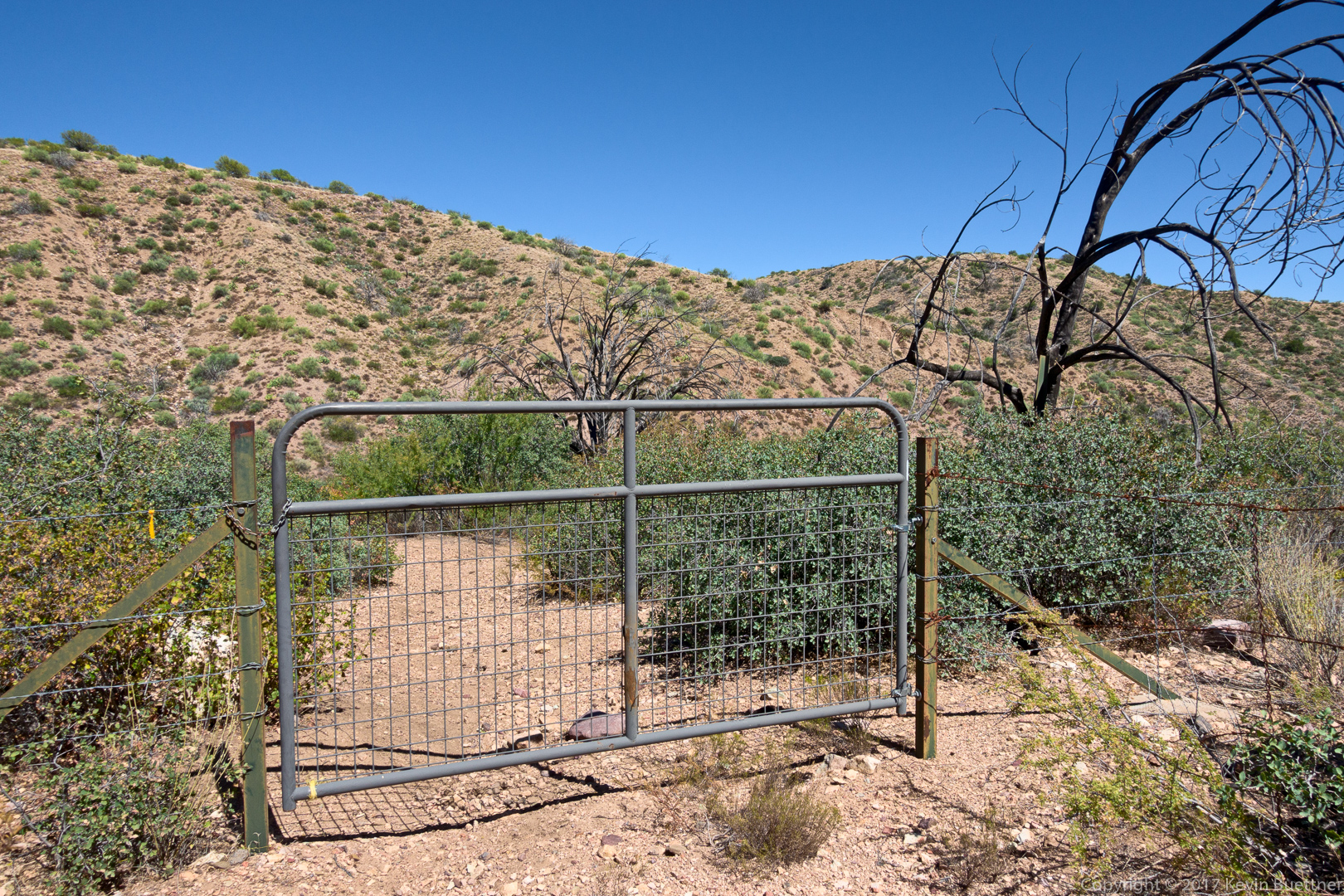 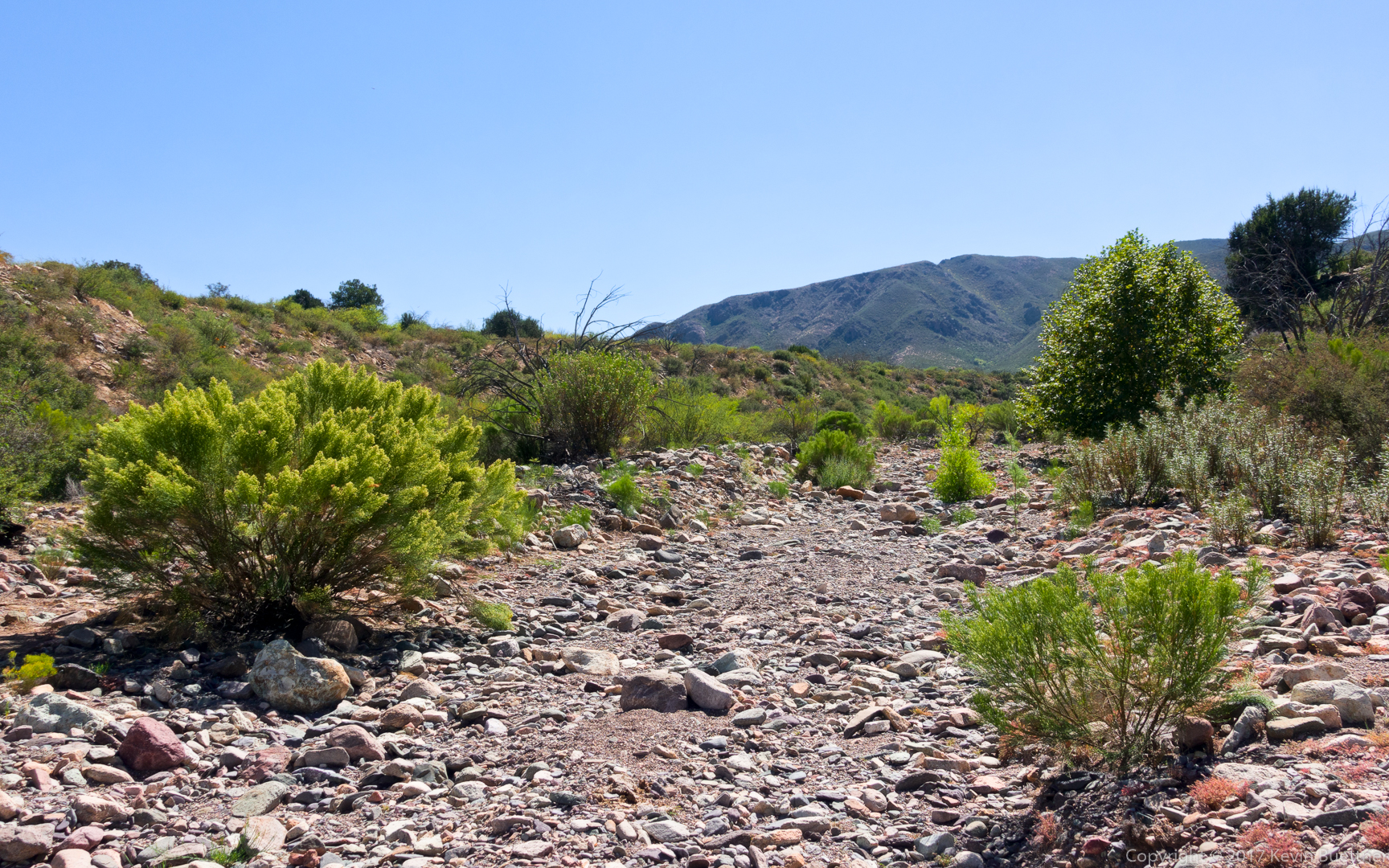