Bob, Mike, Mona, Marilyn, and I did a 9.1 mile hike starting from the Wagner Trailhead. We hiked Tortoise to Pemberton, and then took Pemberton to Stoneman Wash where we turned south down the wash. We hiked back to the Pemberton via one of the many feeder washes and then went northwest on Pemberton. We hiked into an arroyo west of the pond (where the homestead once was). Exiting the arroyo area, we hiked Tonto Tank back to Pemberton, continuing north back to Stoneman Wash. This time, we took the wash WNW until we got to the Bluff Trail. From there, we returned via Granite and Wagner.

We saw an eagle, at least two owls, other smaller birds, several rabbits, and one (western diamondback) rattlesnake on our hike.  The only critter which cooperated in my photographic pursuits was the snake.

A view of Four Peaks just before the start of the hike: 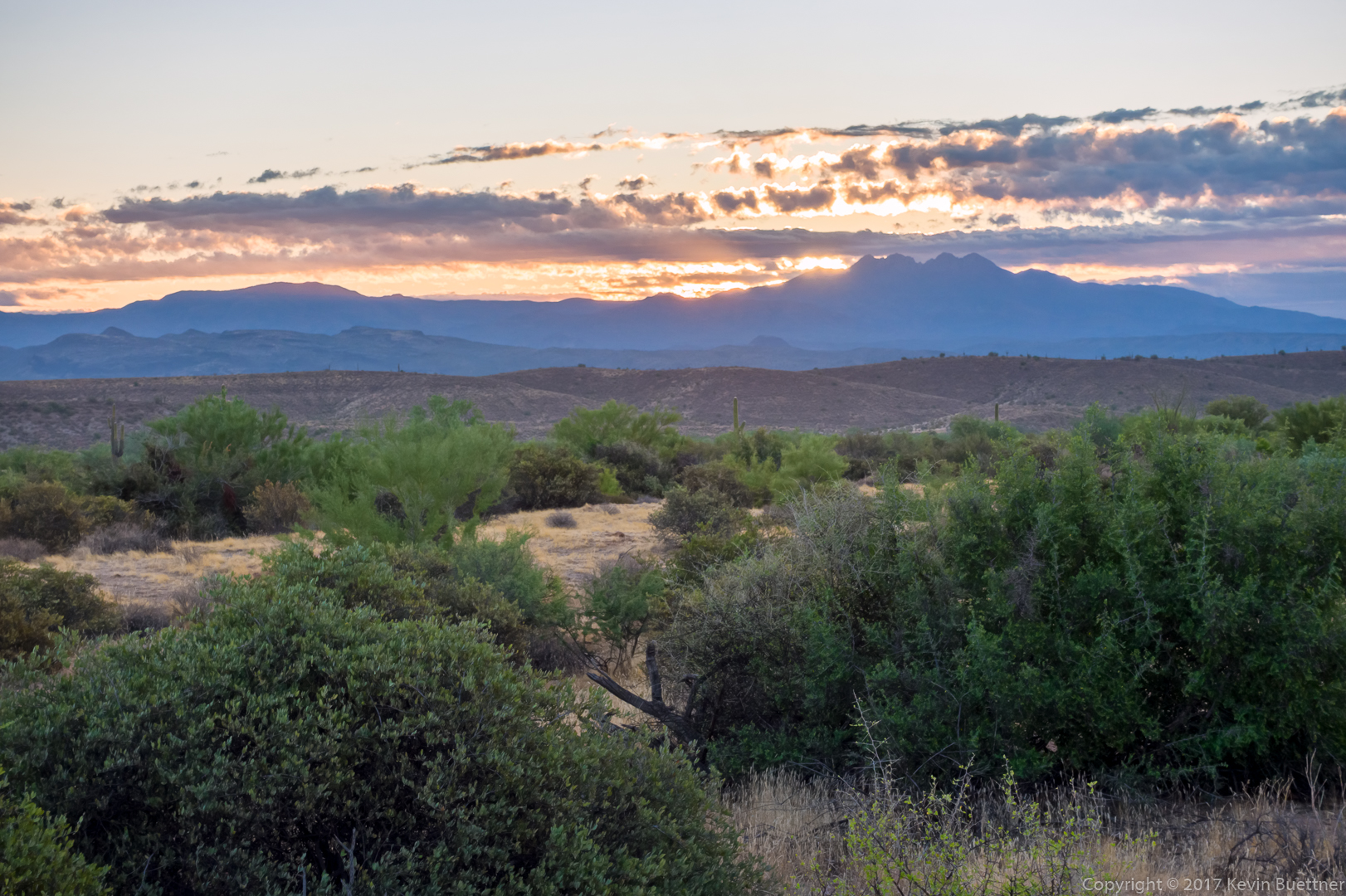 Dead tree on the Tortoise Trail: 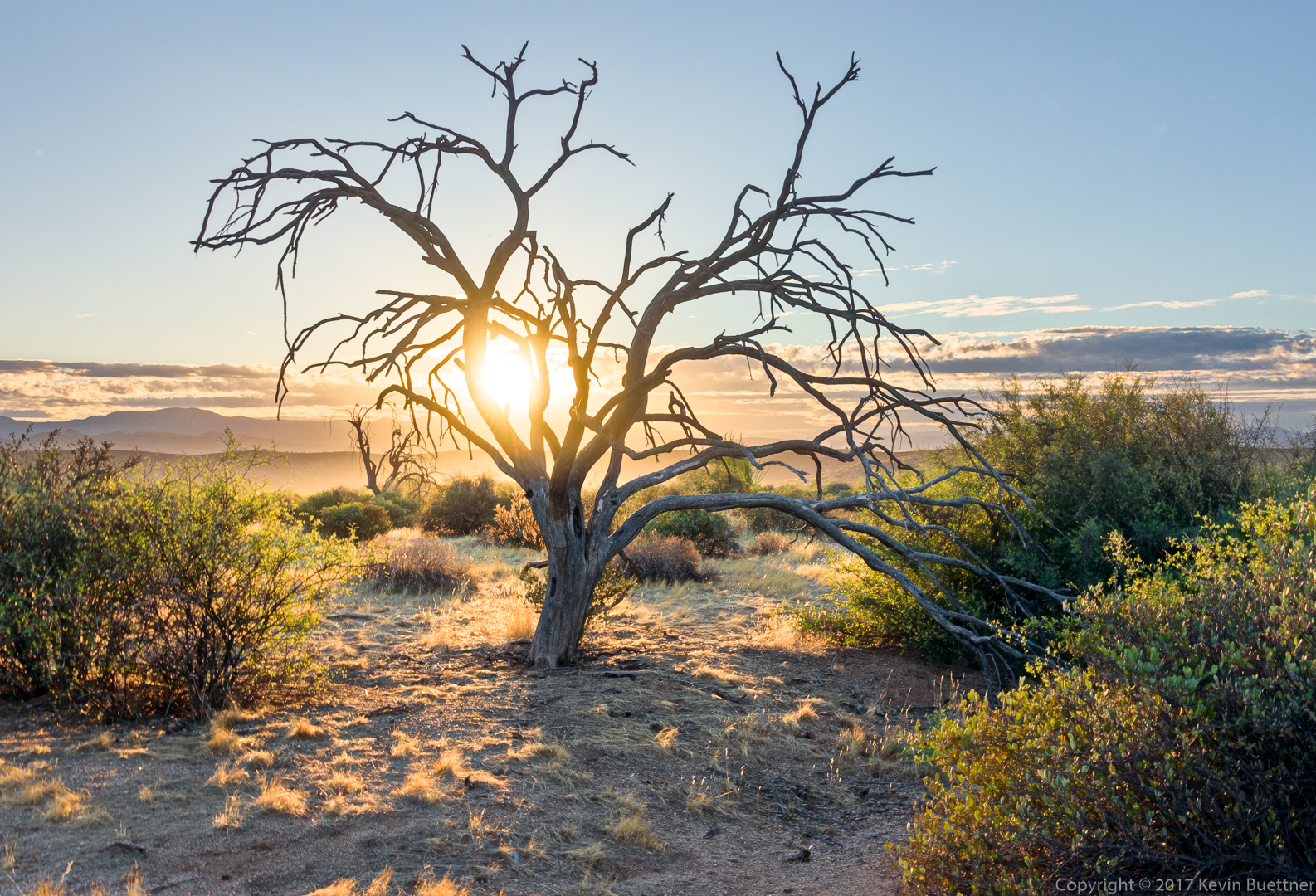 A view of the Superstitions (in the distance) from the Tortoise Trail: 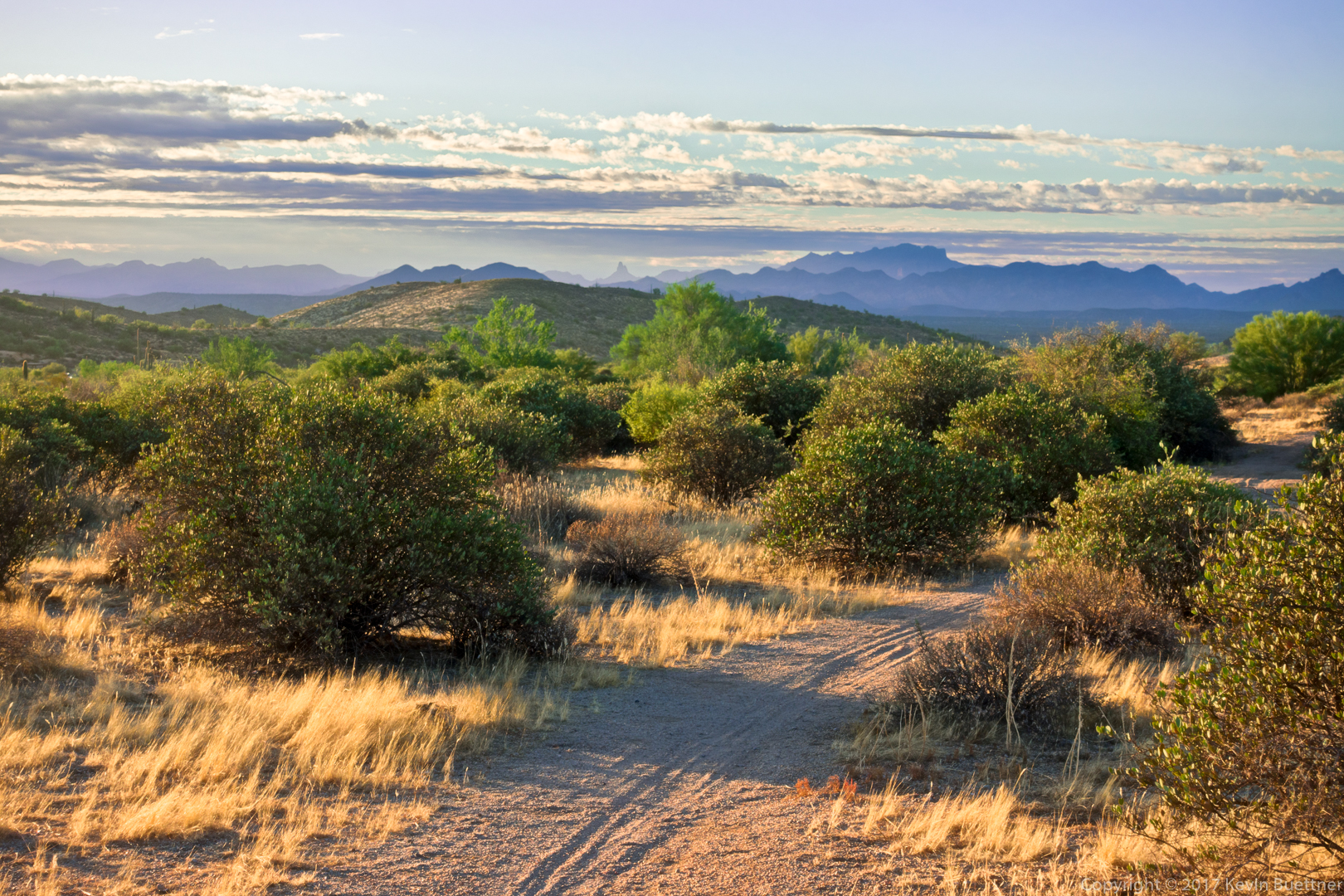 A view of Red Mountain from Stoneman Wash: 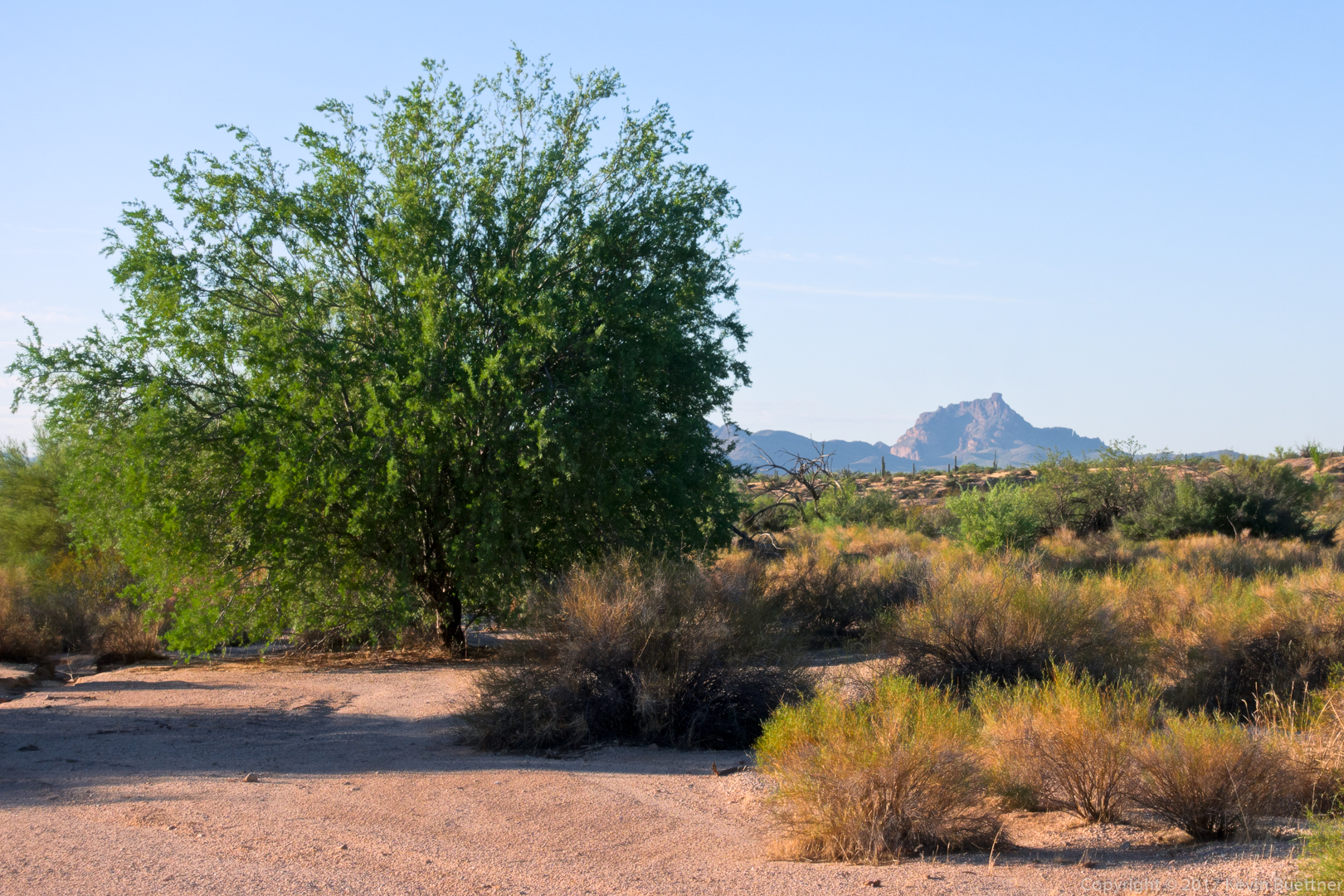 Heading into one of the arroyos… 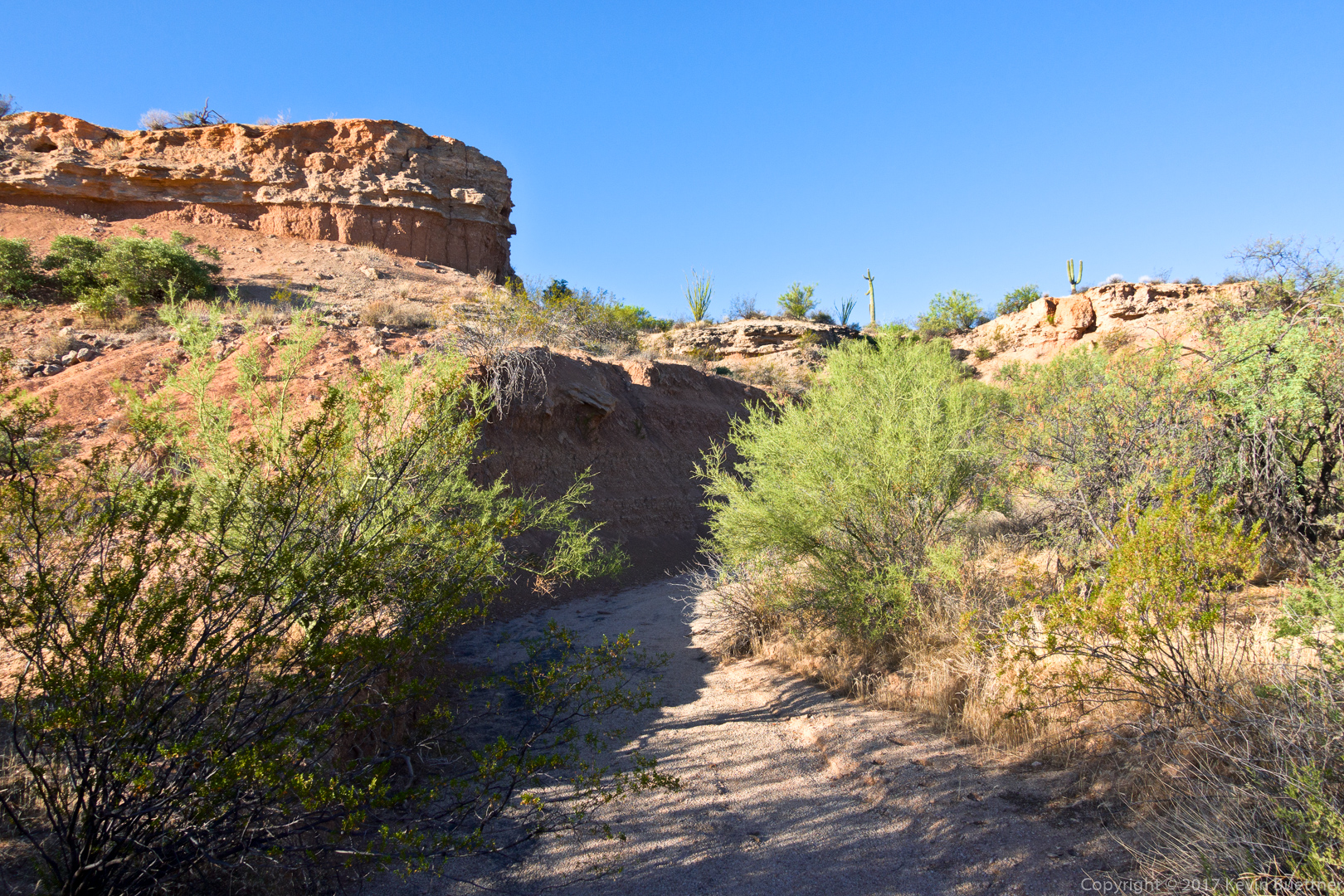 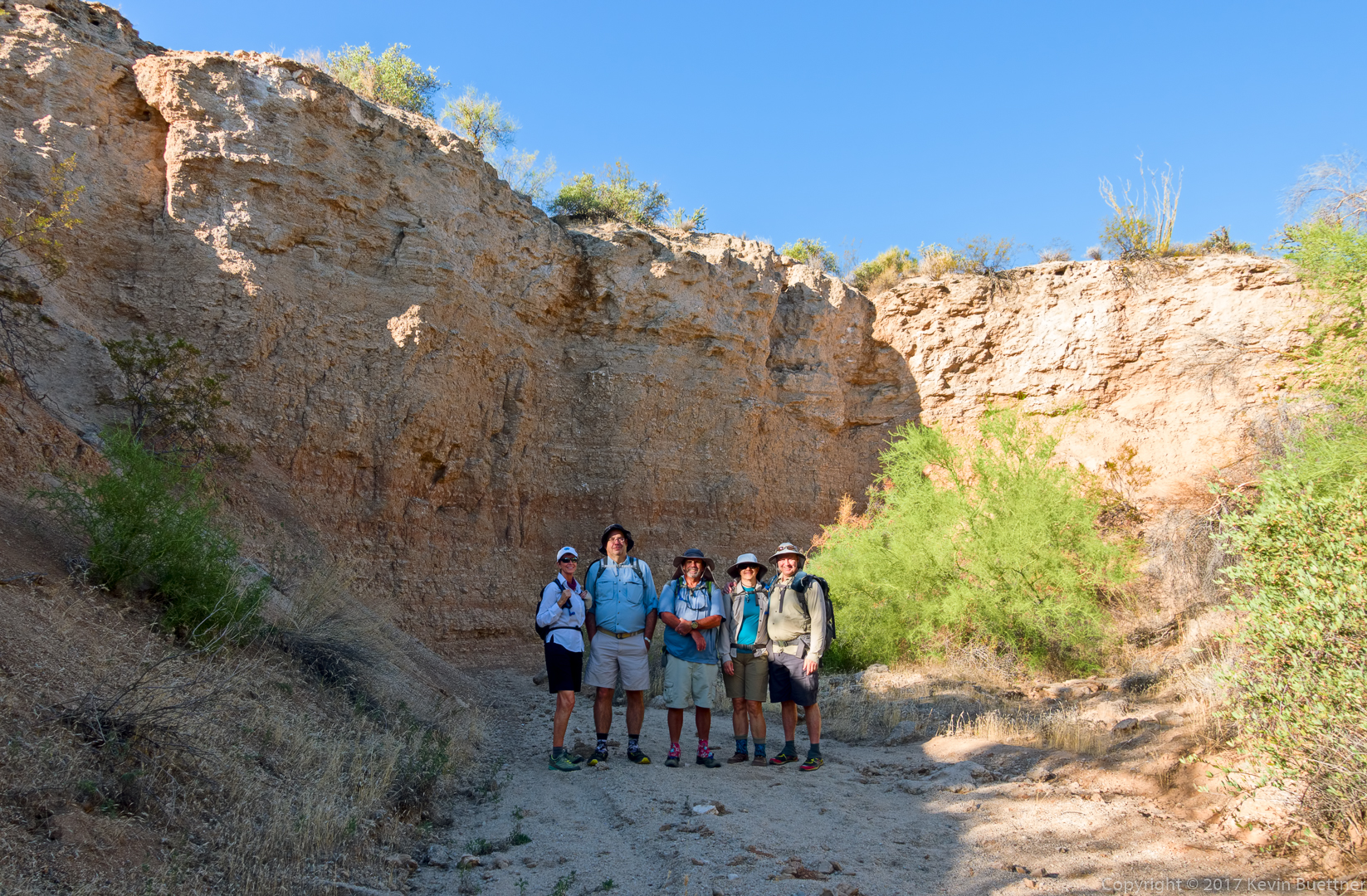 Another view of Four Peaks, this time from the Tonto Tank Trail: 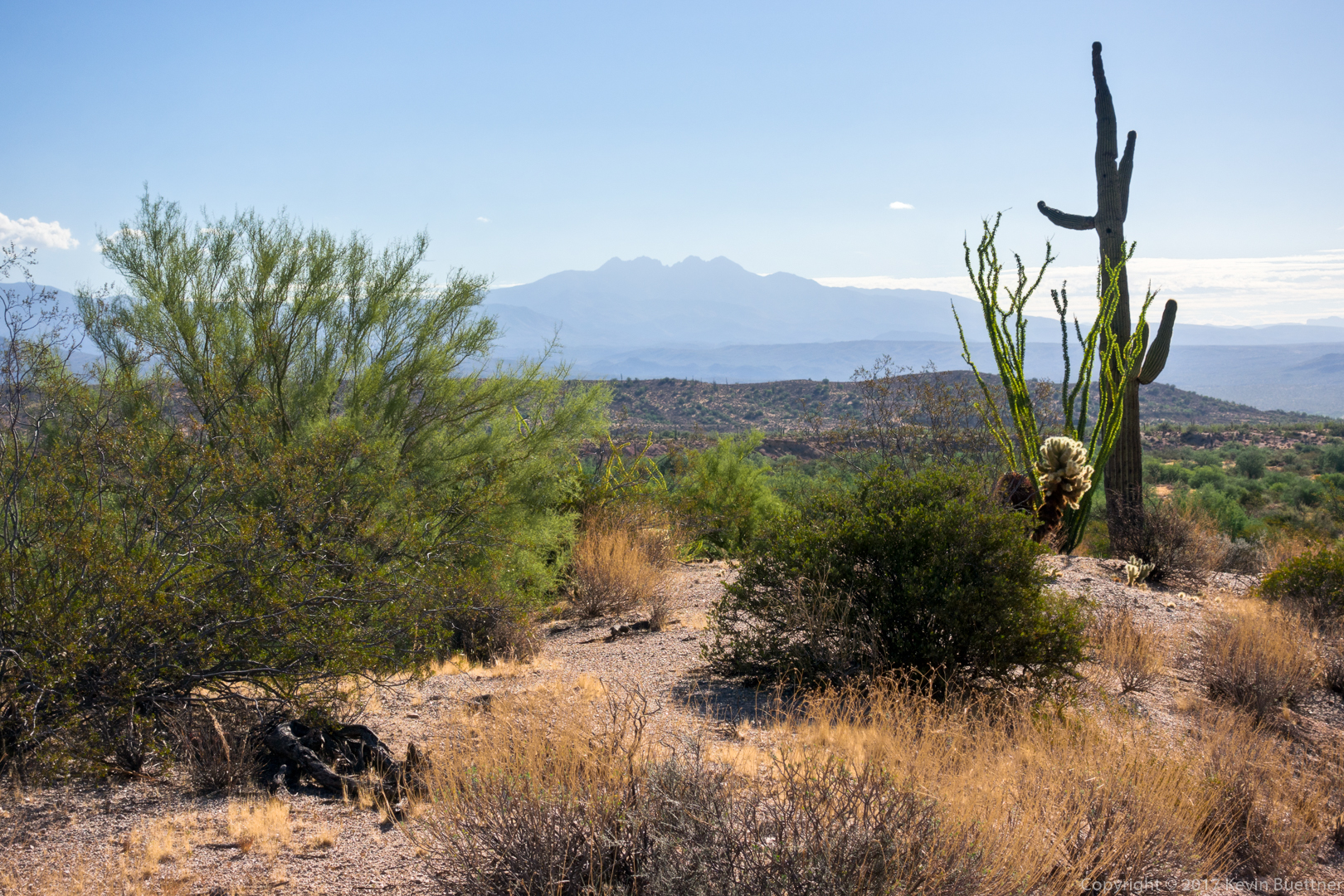 We saw this rattlesnake just off of the Tonto Tank Trail. We heard it before we saw it as it started rattling as we walked past. 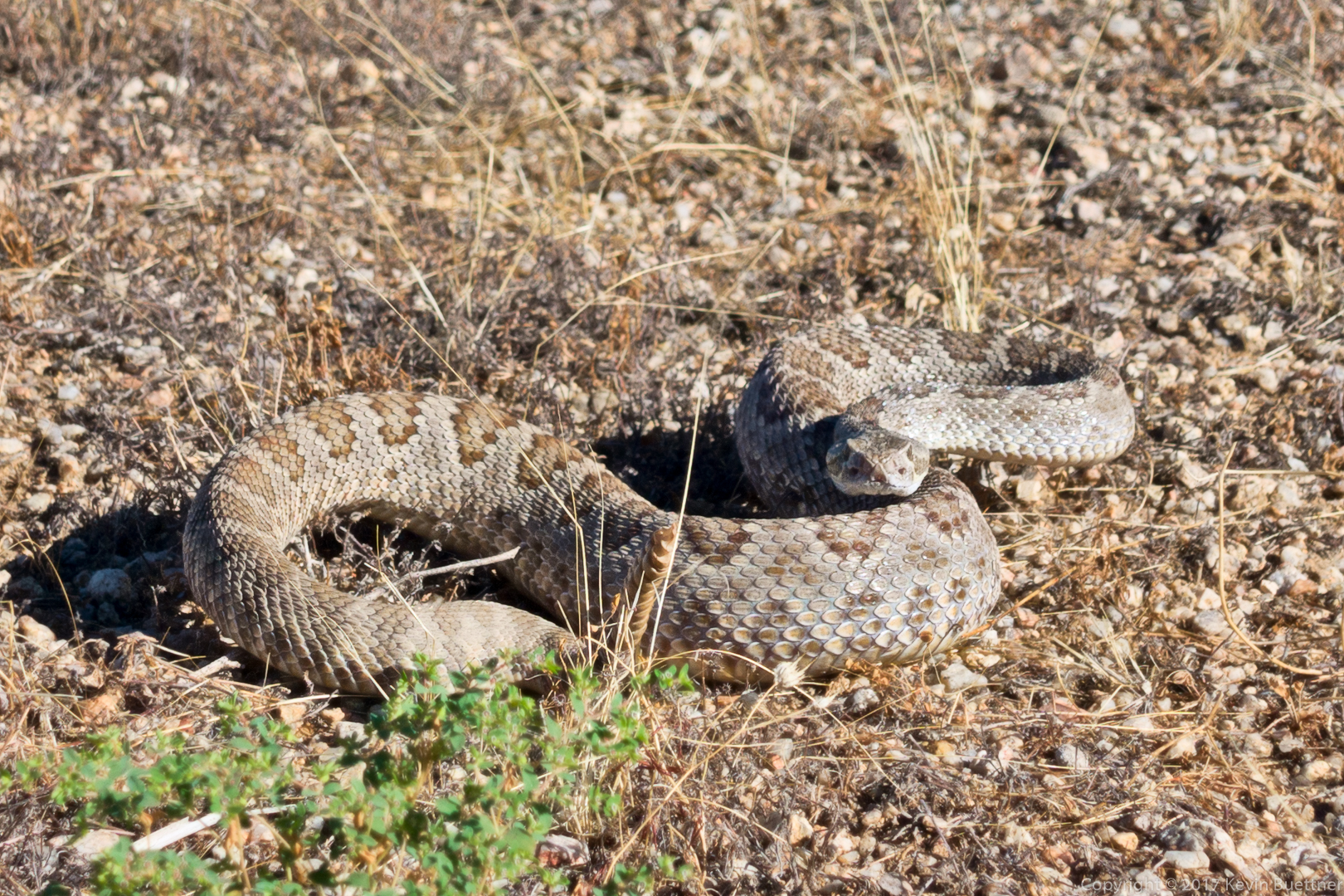 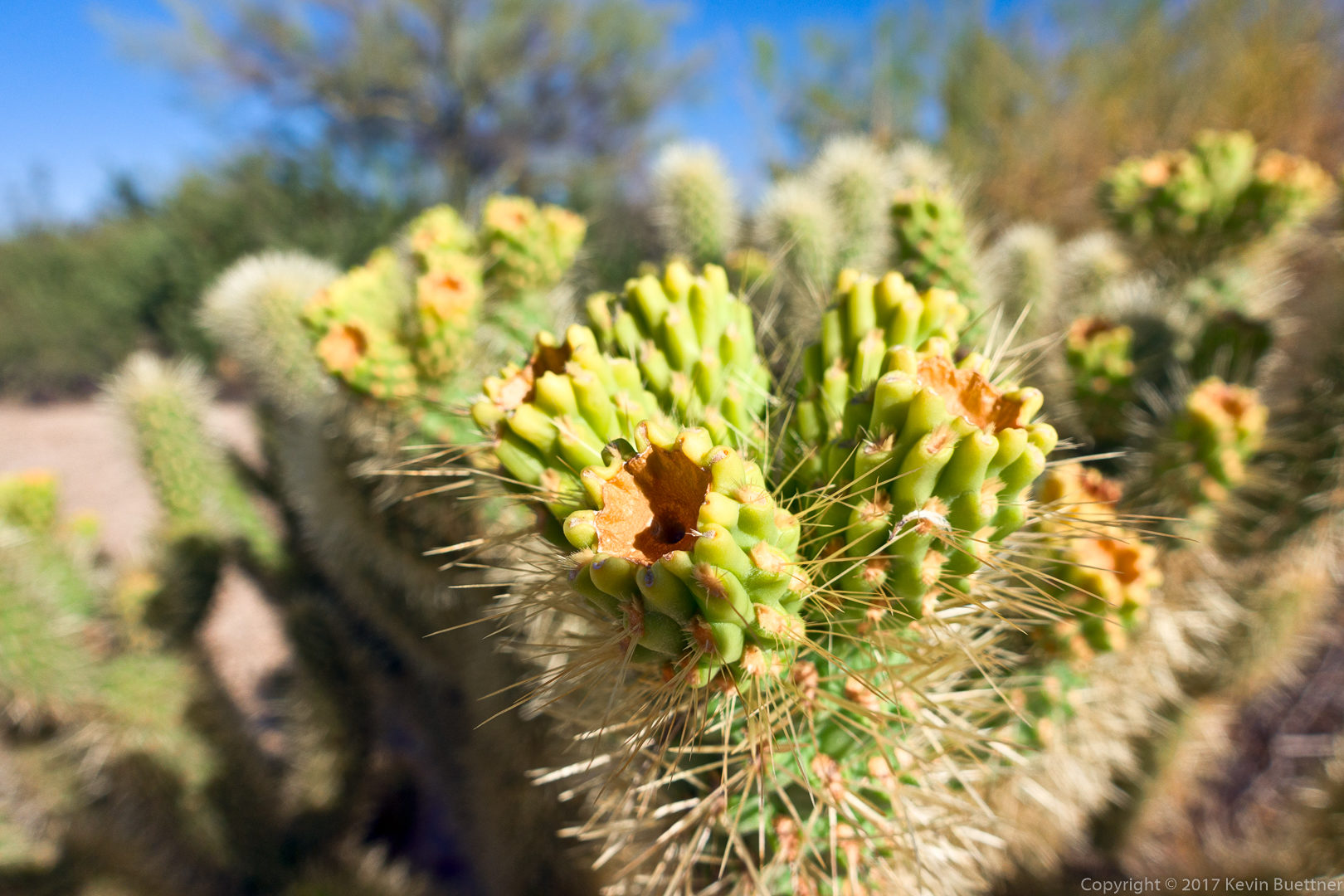 Looking up at the branches of a dead tree… 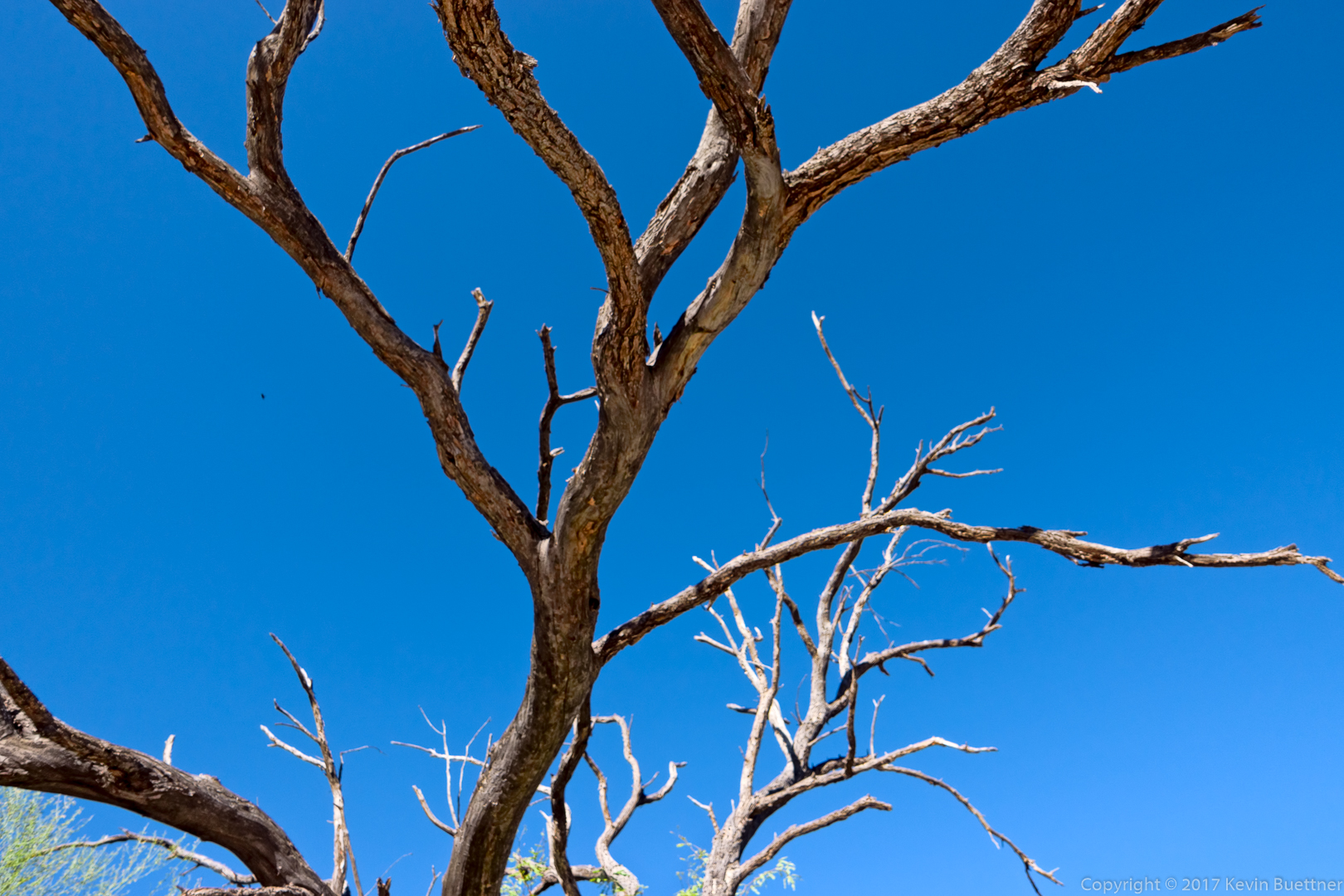 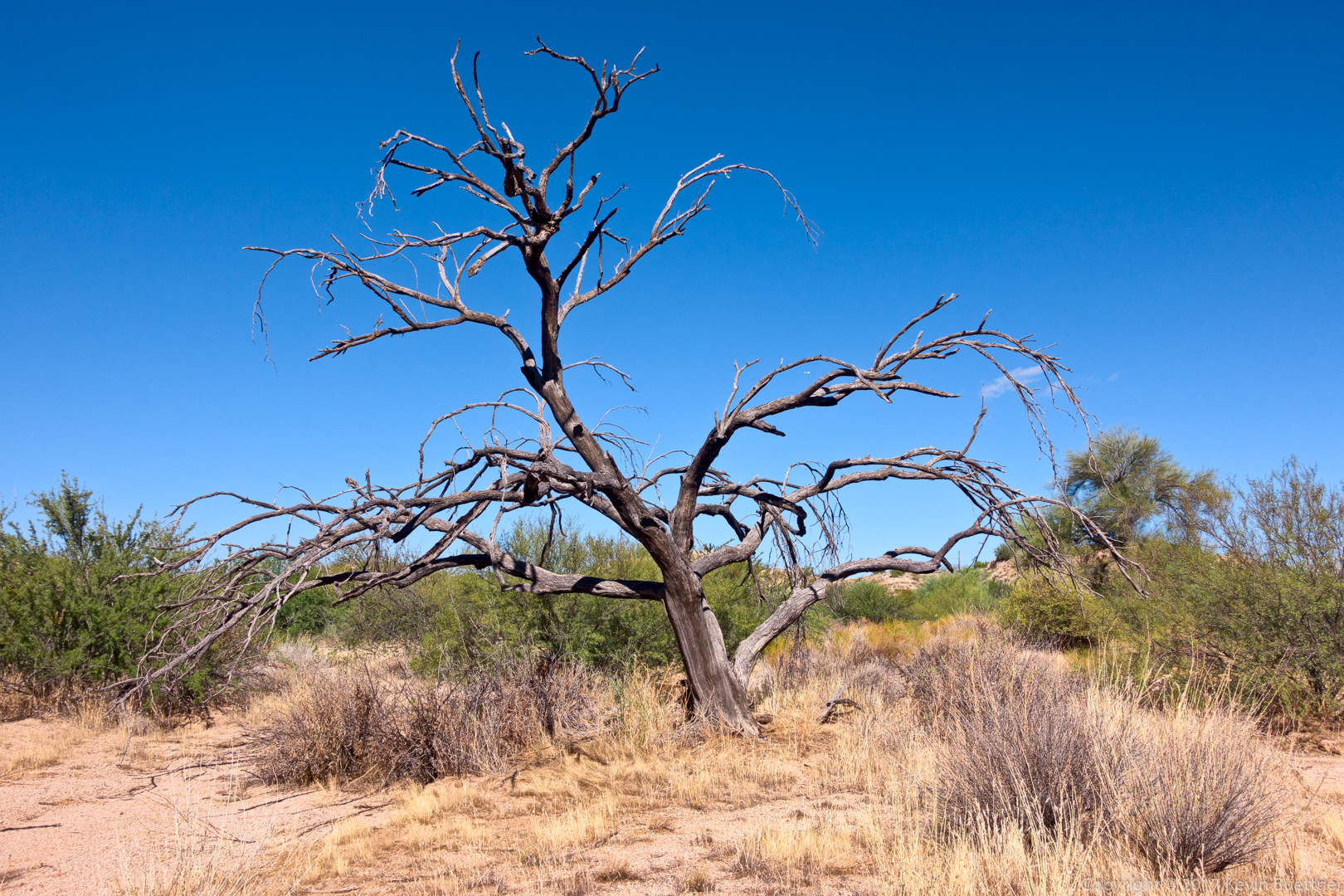 A large saguaro in Stoneman Wash: 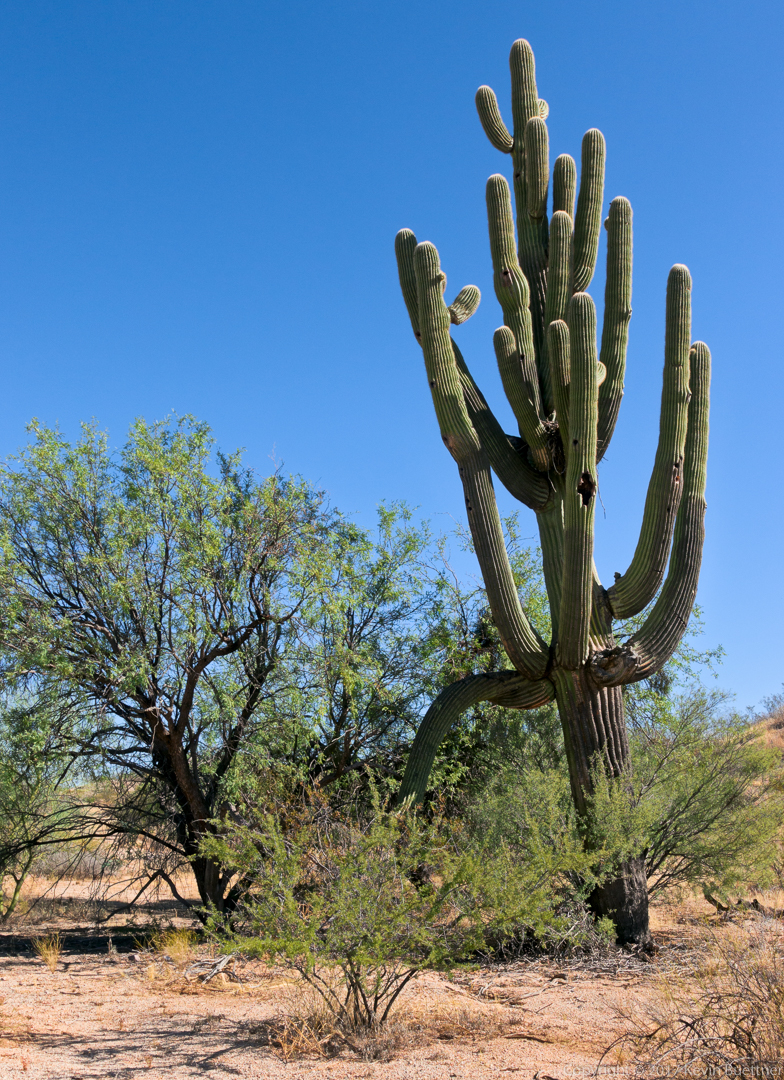