Doug, Bob, Joe, Linda, Marilyn, and I hiked Tortilla Creek and then Peter’s Canyon to Peter’s Cave in the Superstition Wilderness on Friday.  Our total distance was only a little over five miles with less than 600 feet of elevation gain.  But, even so, it took us nearly eight hours to complete this hike due to the challenging terrain.

This is the view across AZ 88 shortly after starting the hike: 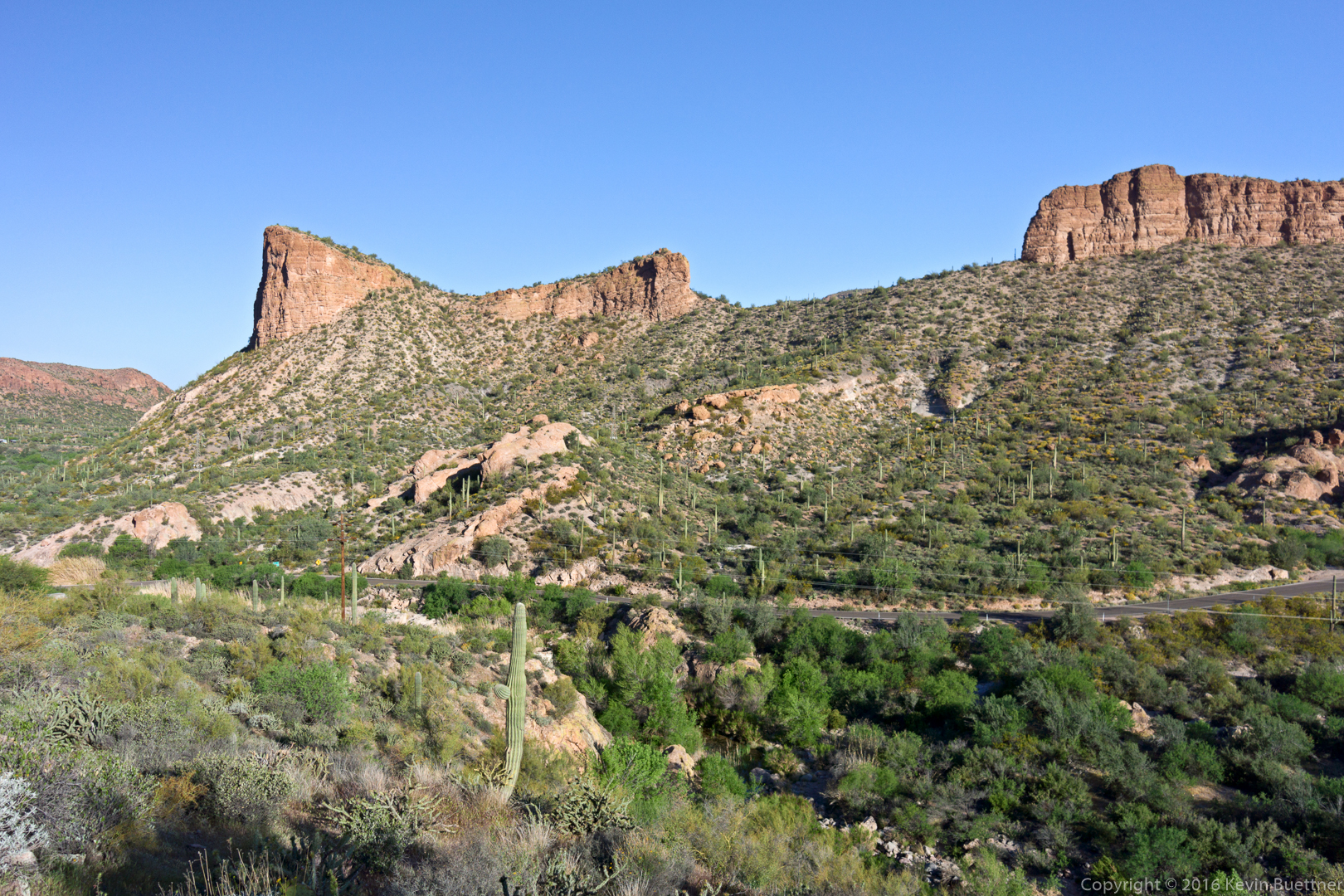 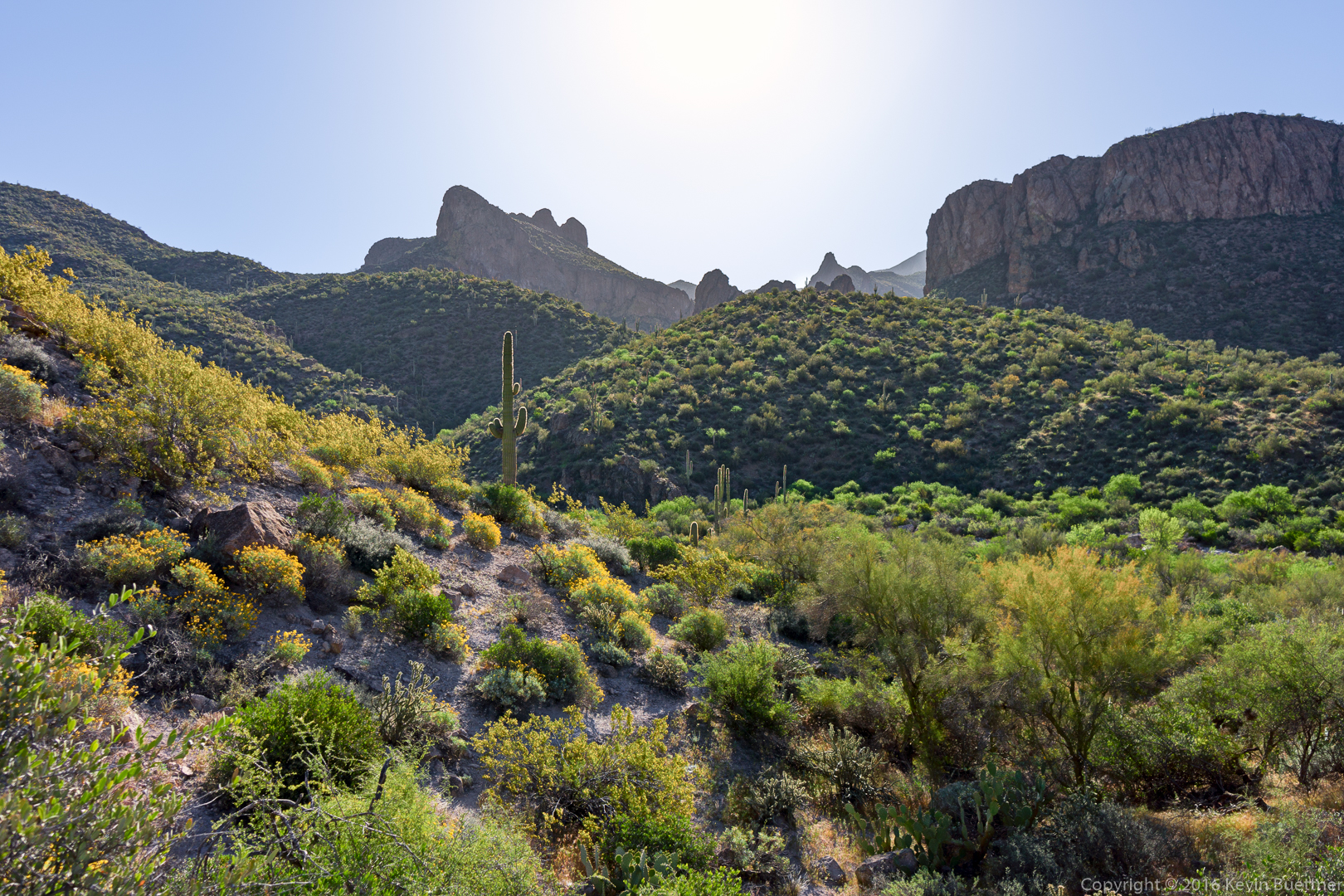 Another view as we approach Tortilla Creek: 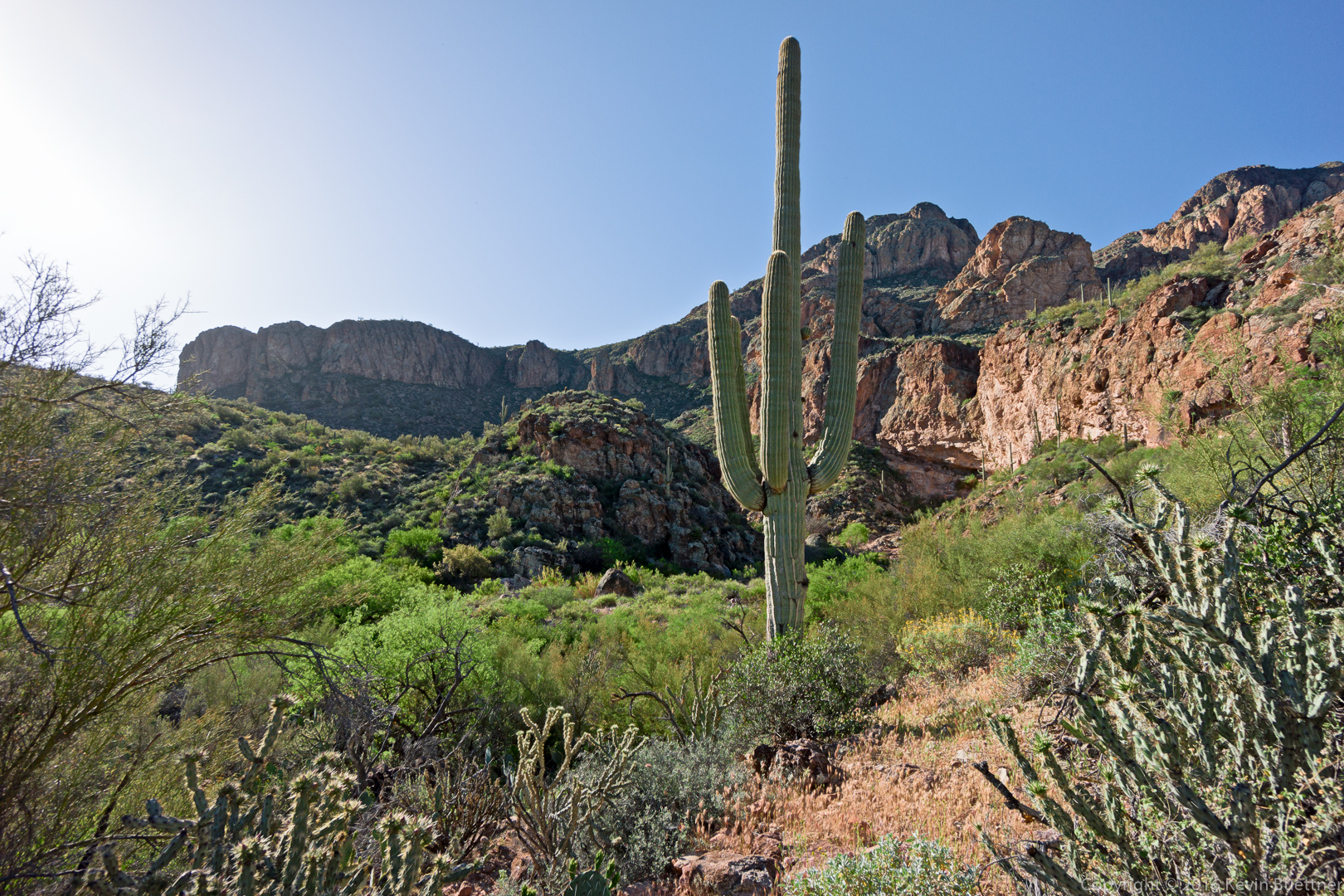 This is Tortilla Creek: 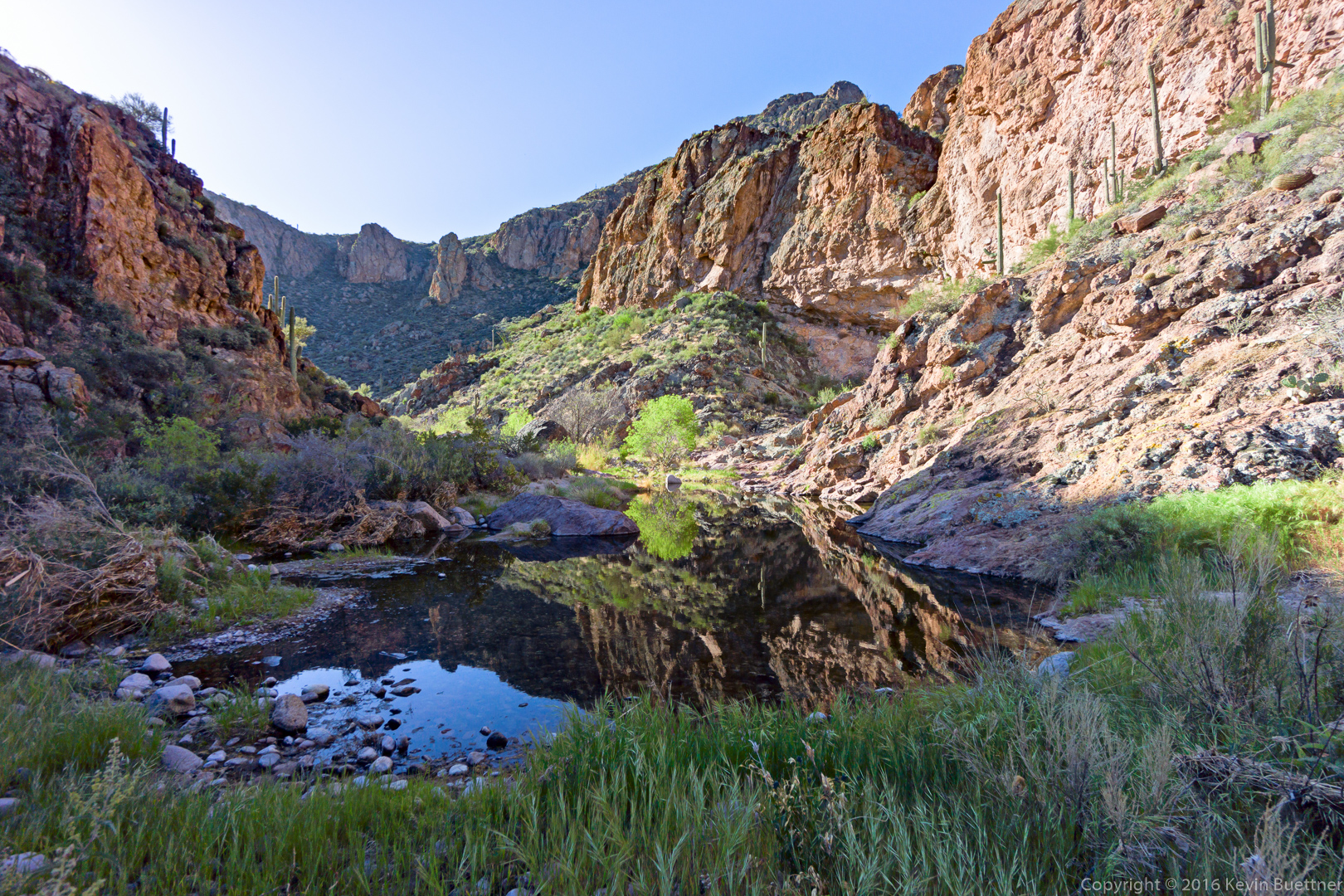 The entrance to Peter’s Canyon: 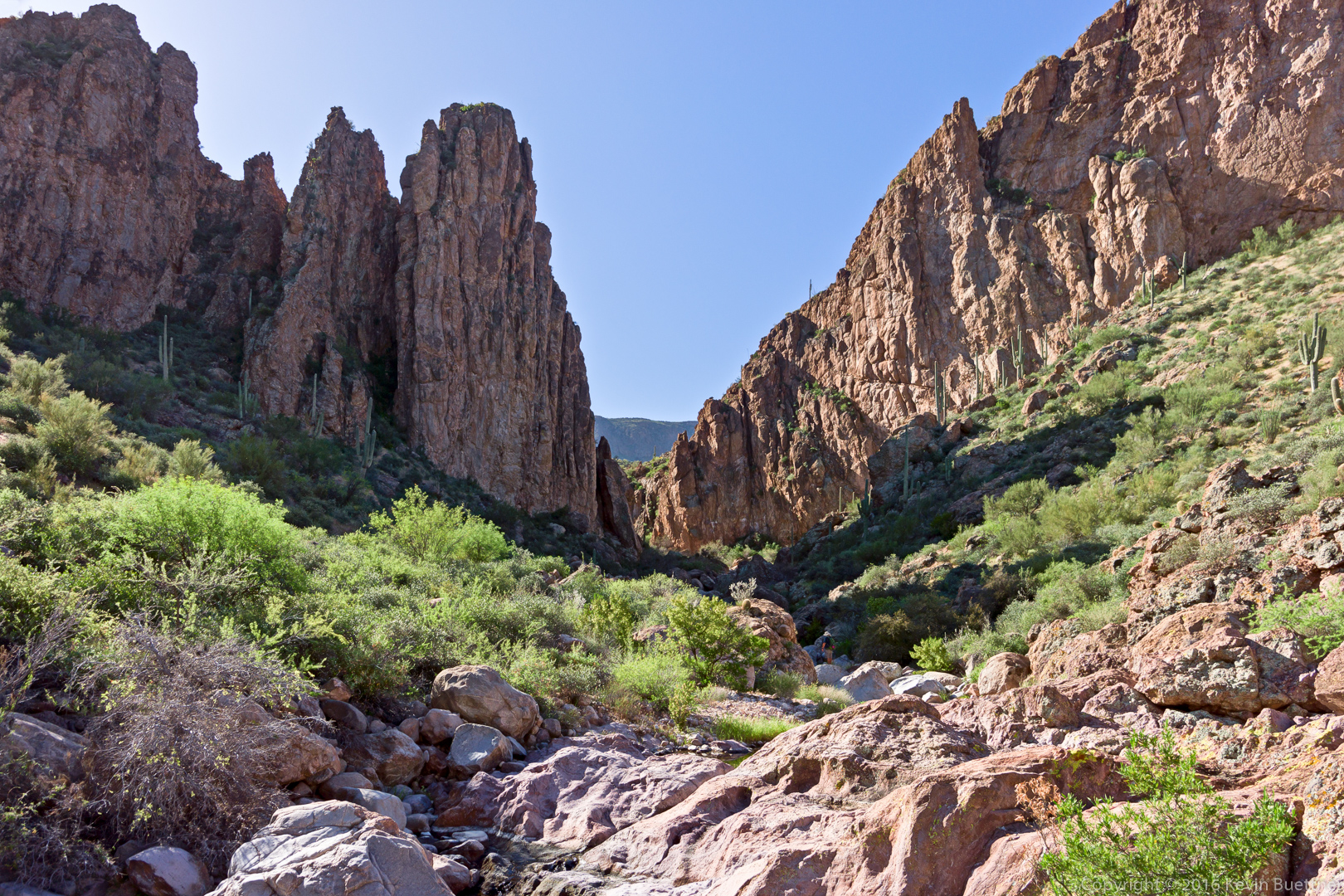 This is another view shortly after entering Peter’s Canyon. Bob and Joe are up ahead. 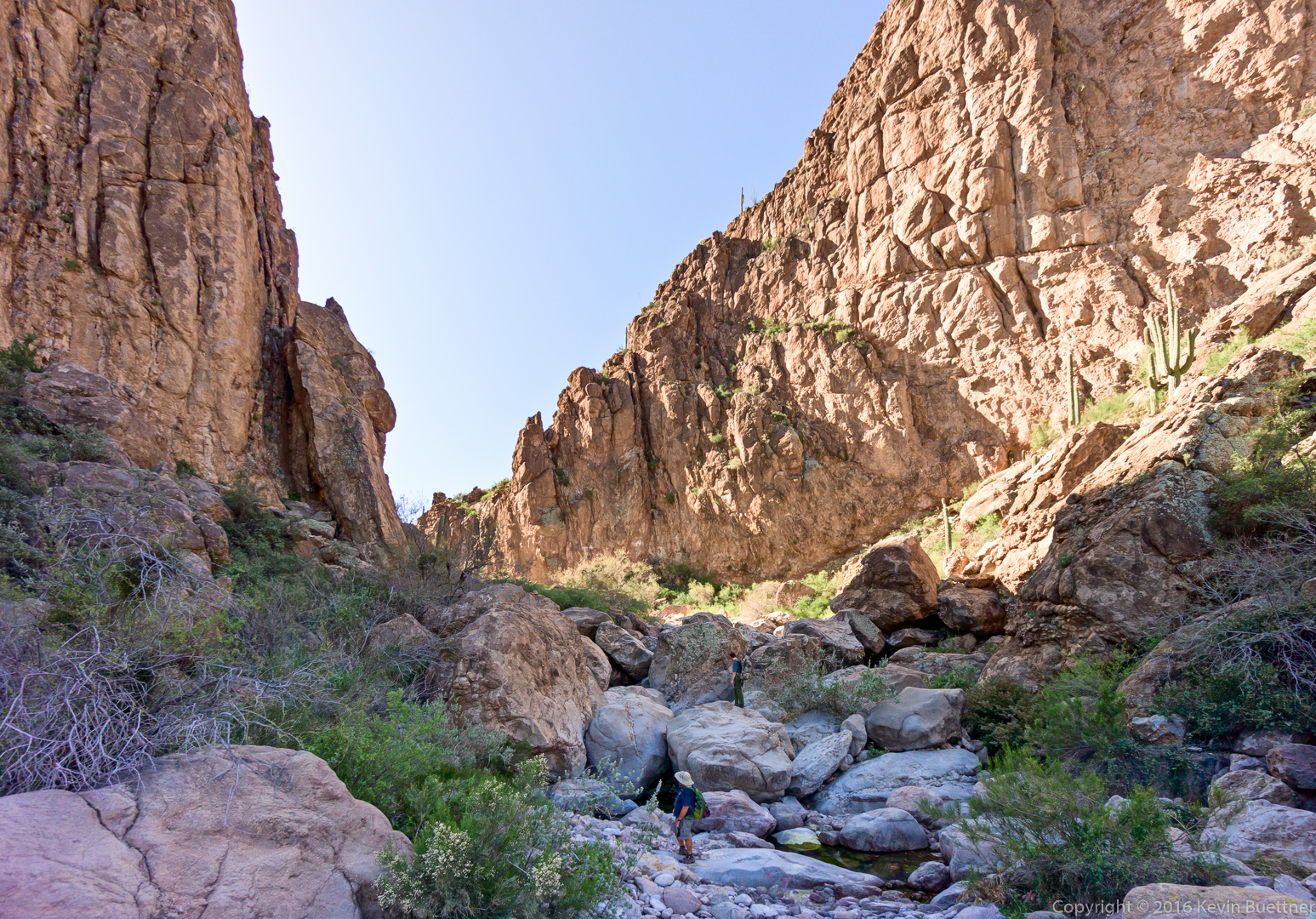 This is one of the rocky sections early in Peter’s Canyon. 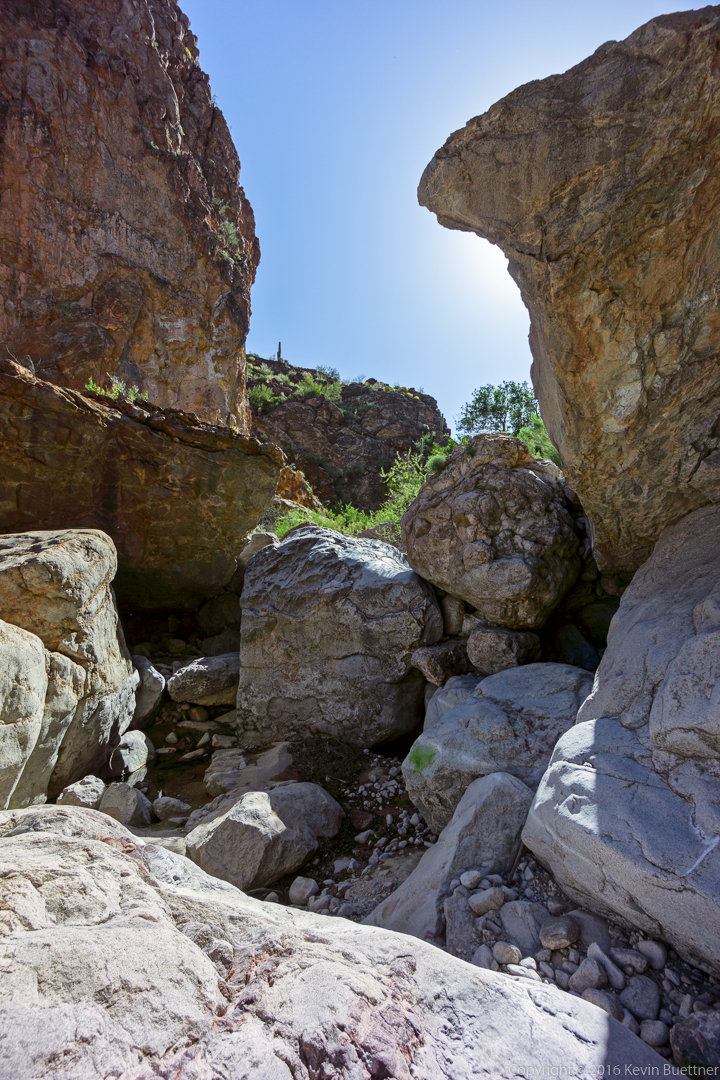 We encountered many pools of water along the way. 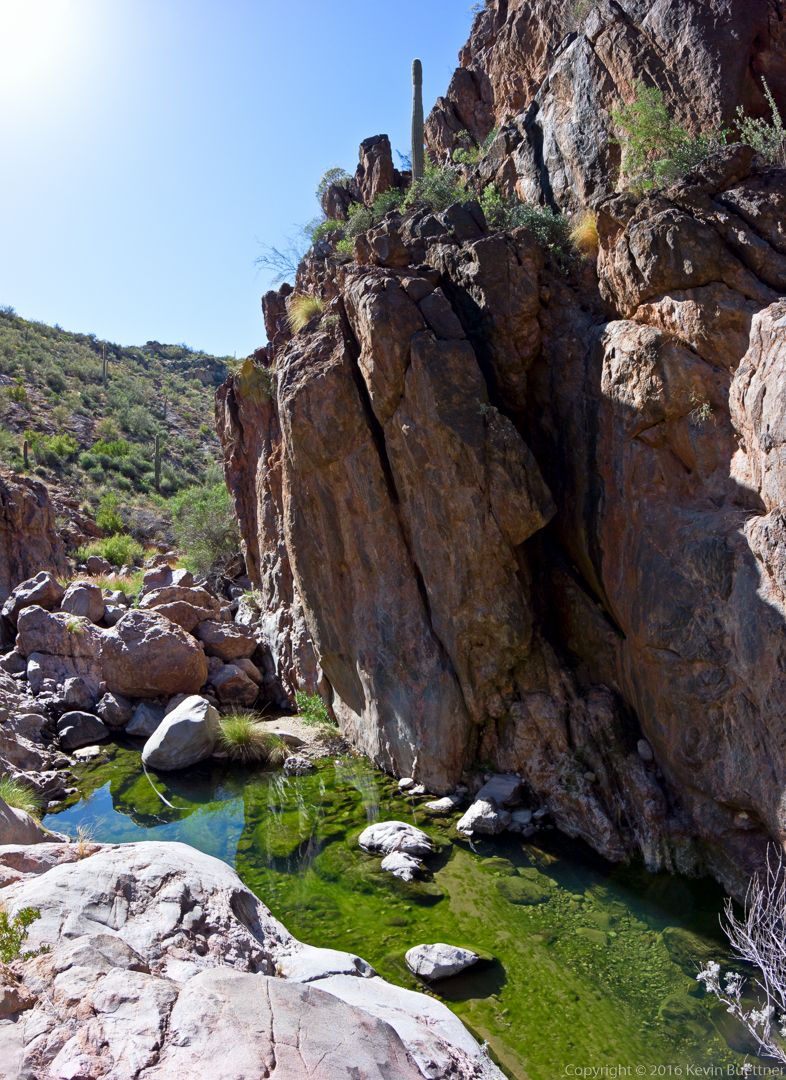 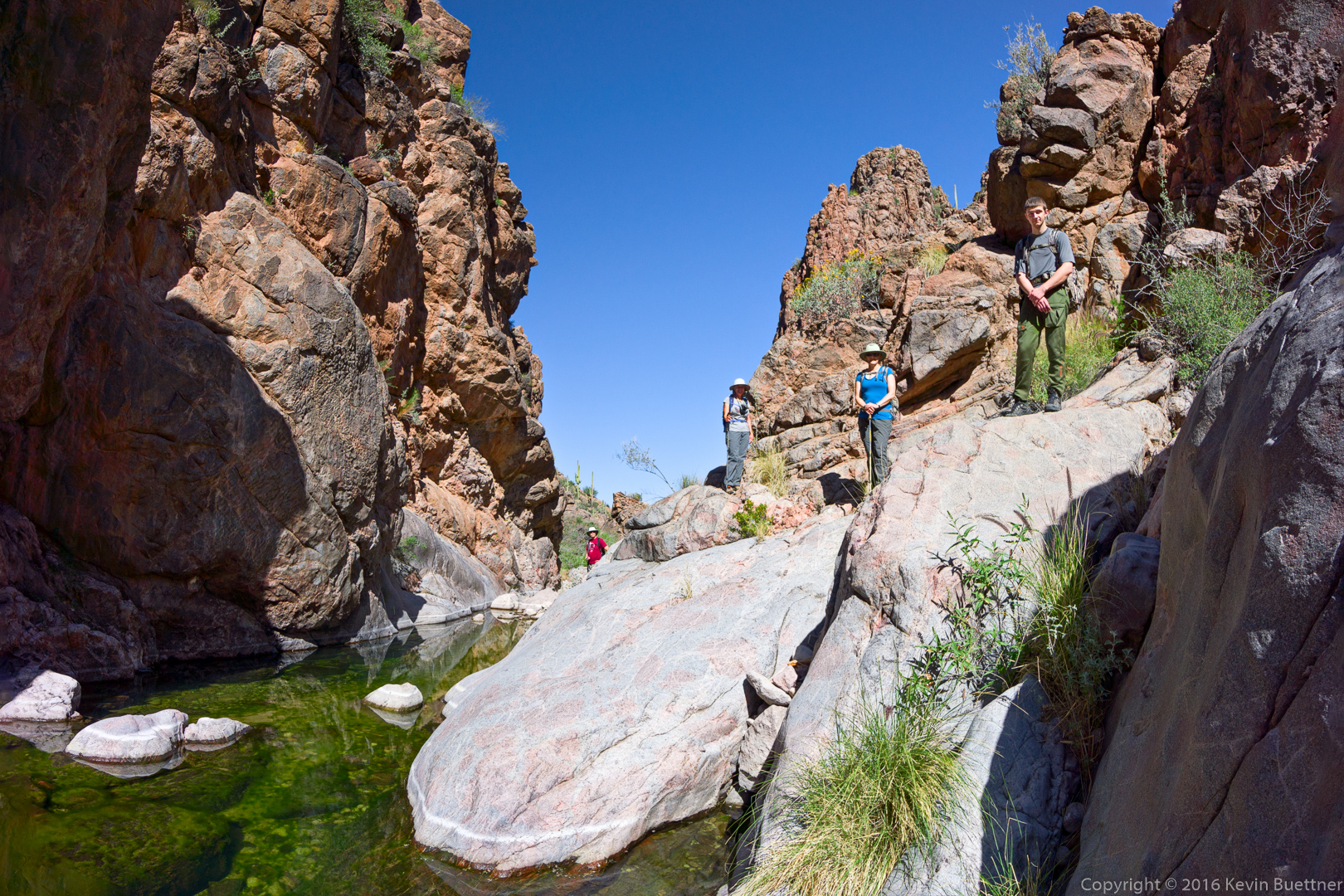 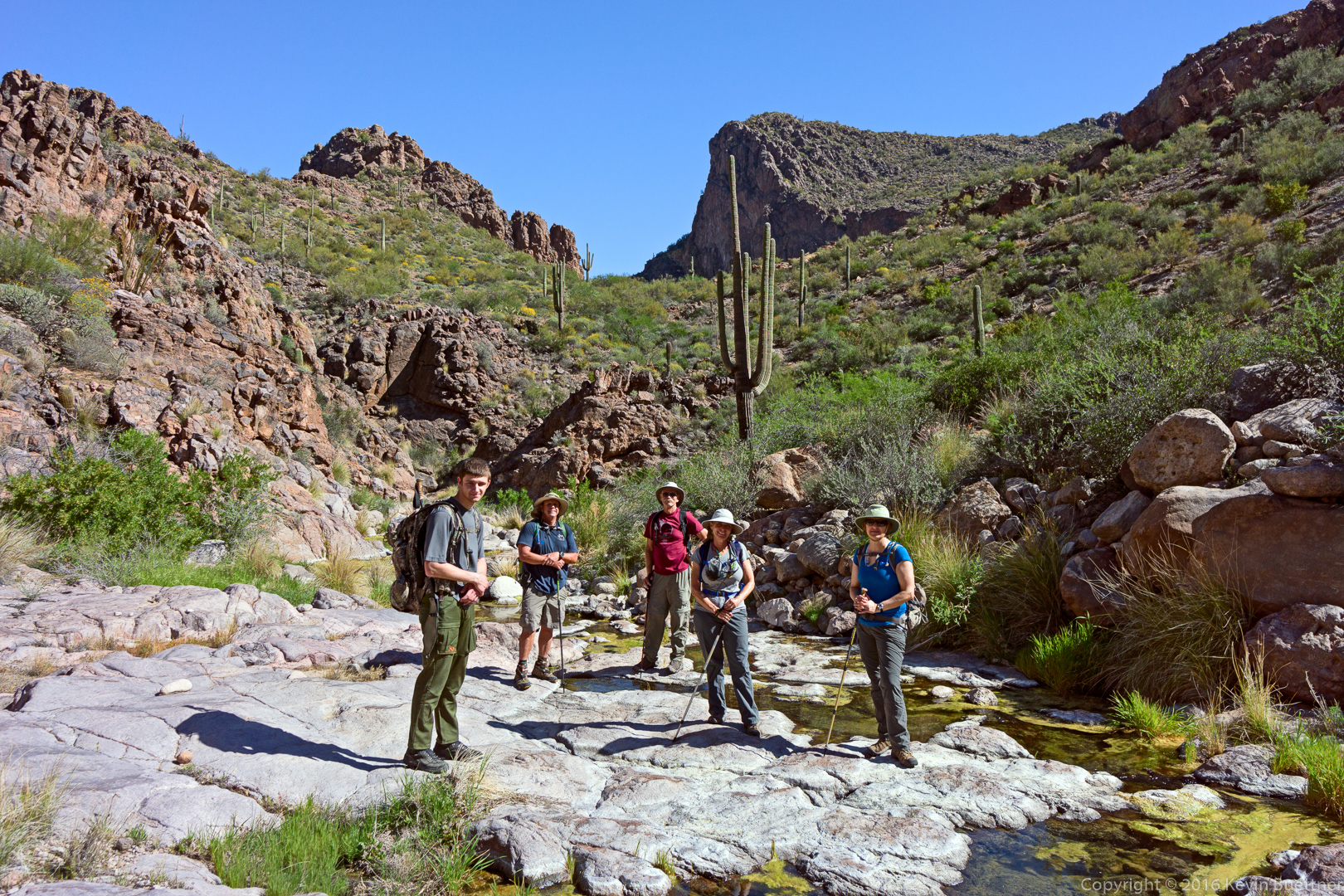 We encountered sections where the rocks were coated with what I assume to be dried algae.  I was surprised to see that it had formed a whitish coating on the rocks. 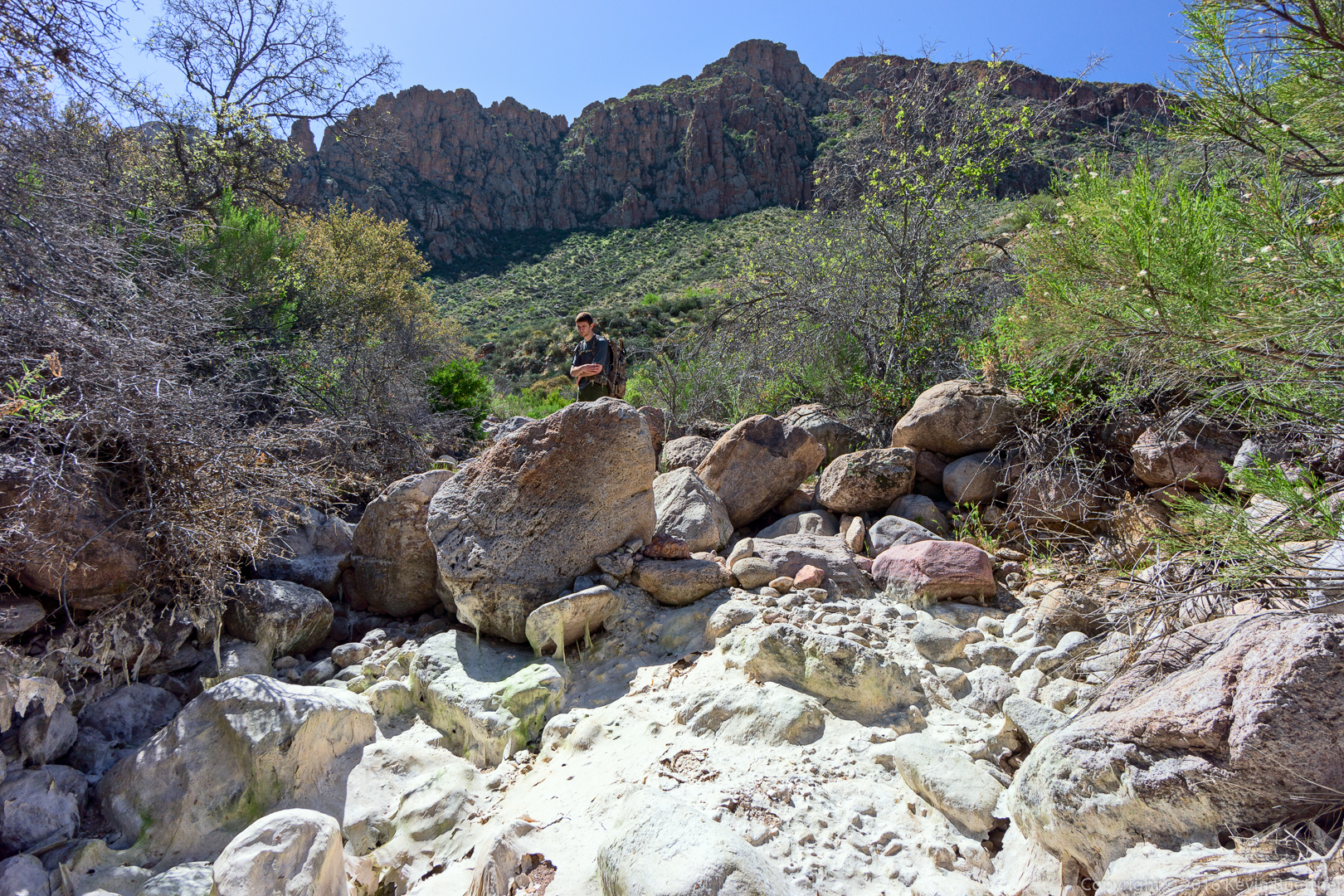 Joe, looking ahead at Peter’s Cave: 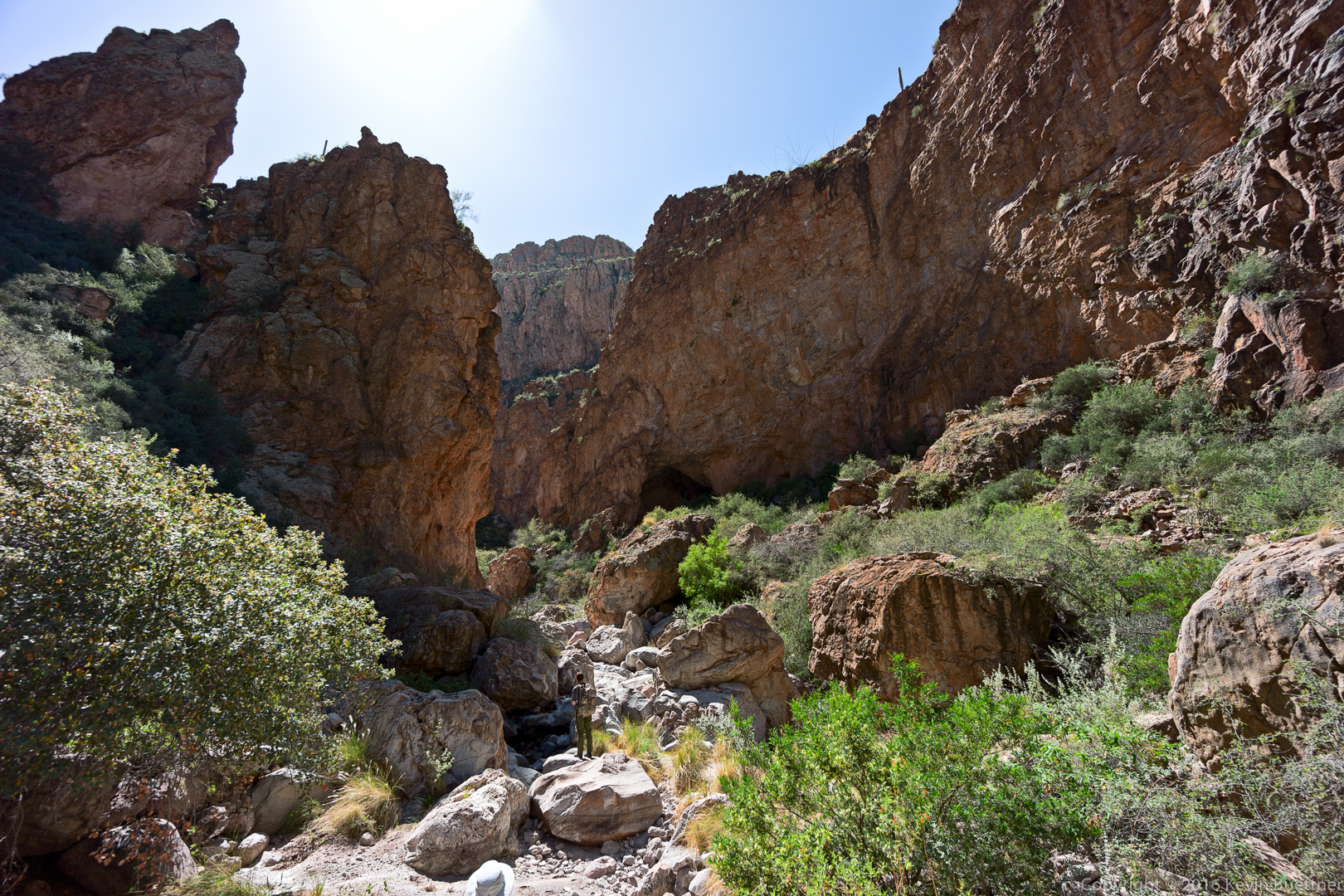 I think this is a type of Penstemon: 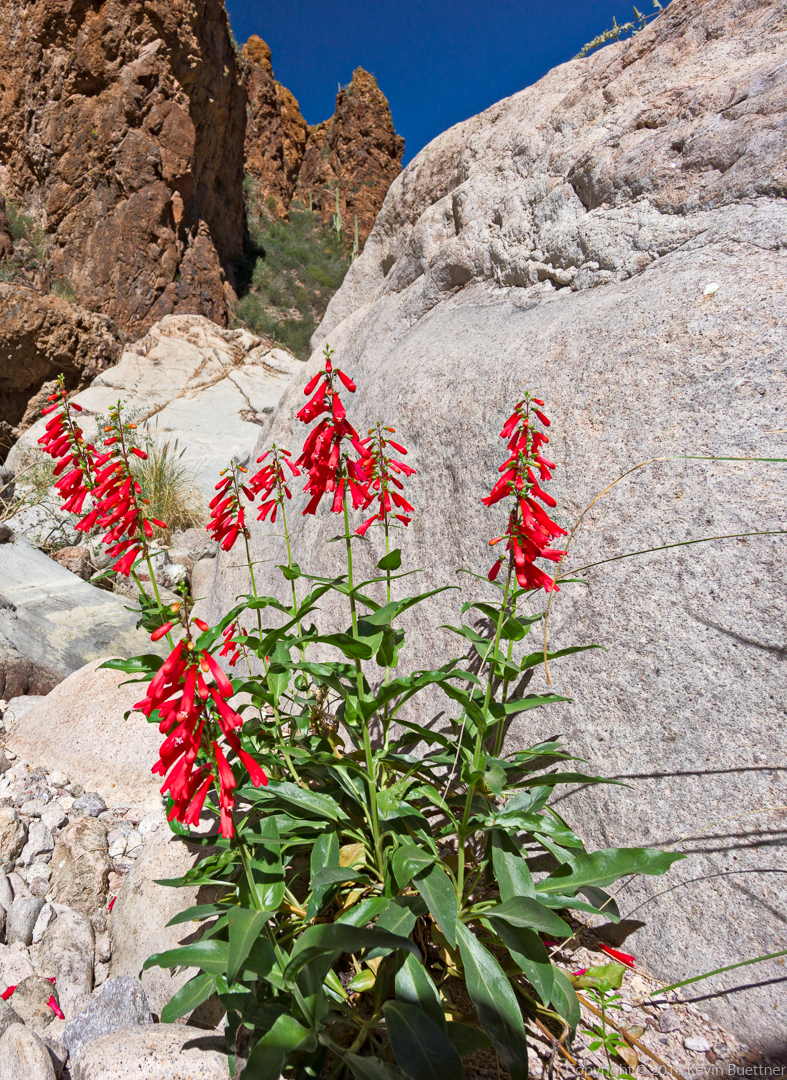 This is the view from below Peter’s Cave, looking back the way we had come: 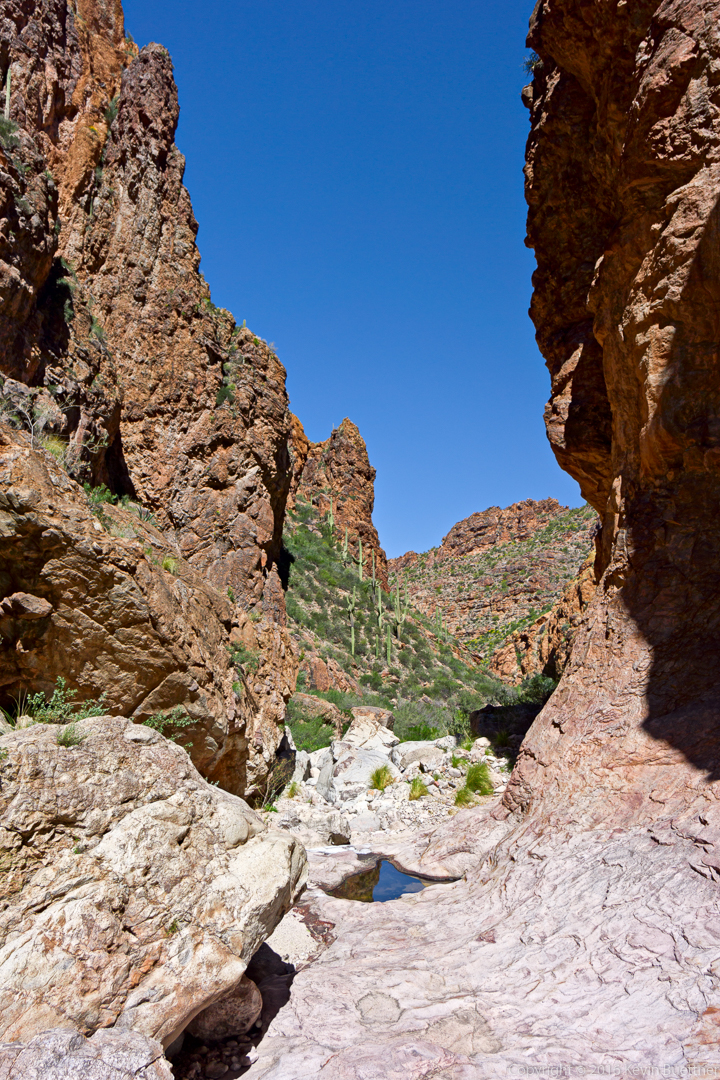 Joe, Bob, and Doug in Peter’s Cave.  Despite being large and airy, it was quite cool in the cave. 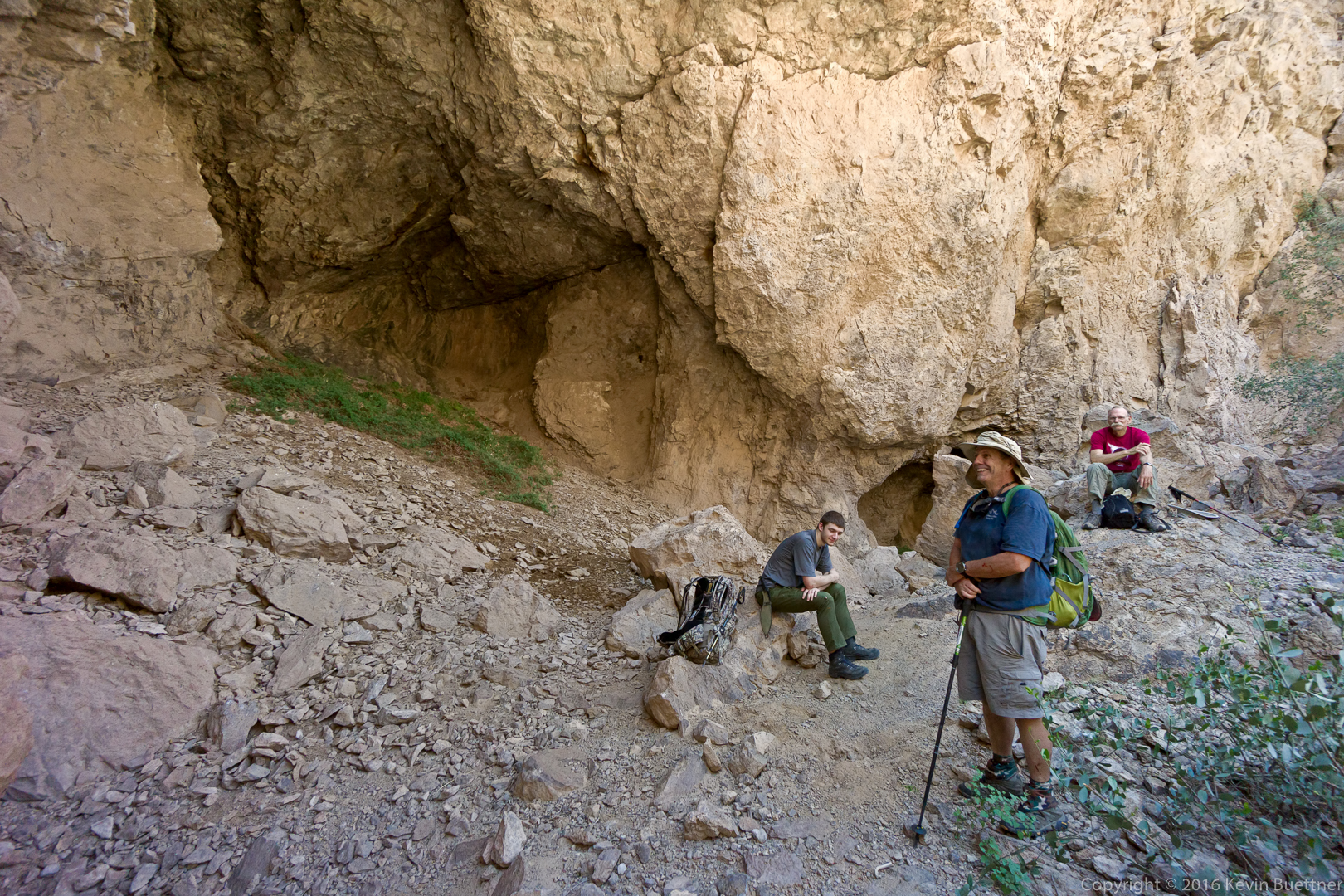 Another alcove in the cave where someone had built a fire. 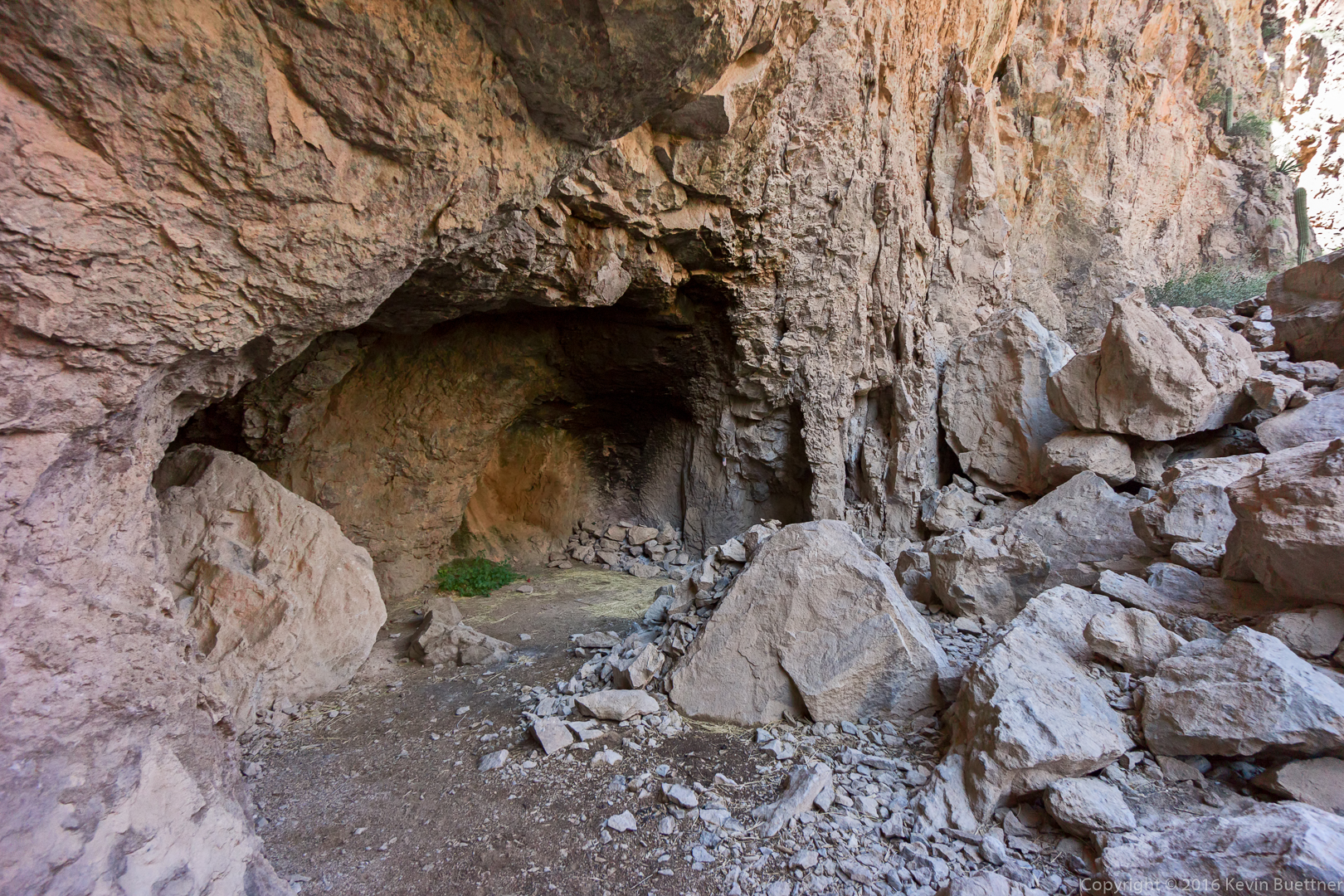 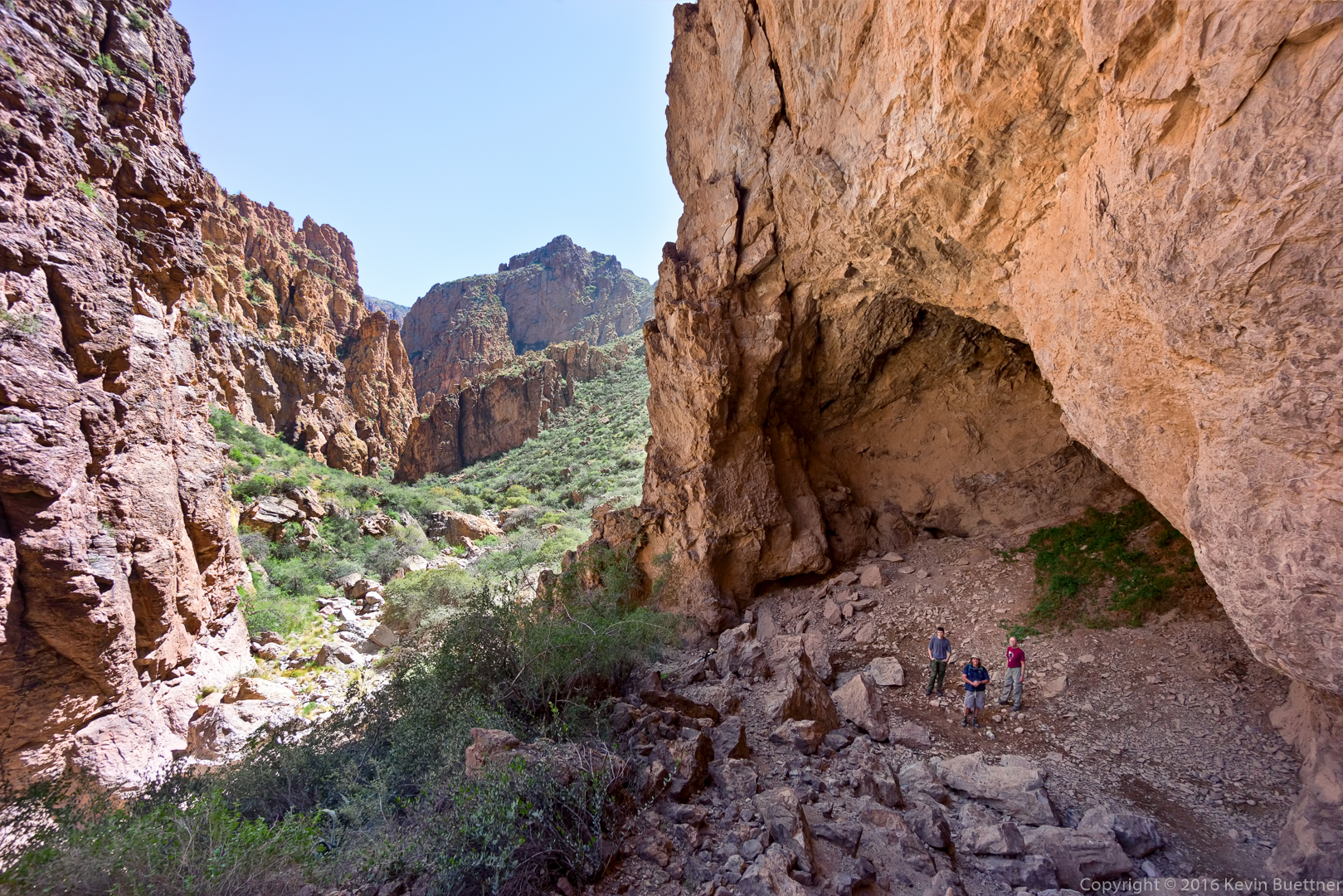 One of the views as we made our way back: 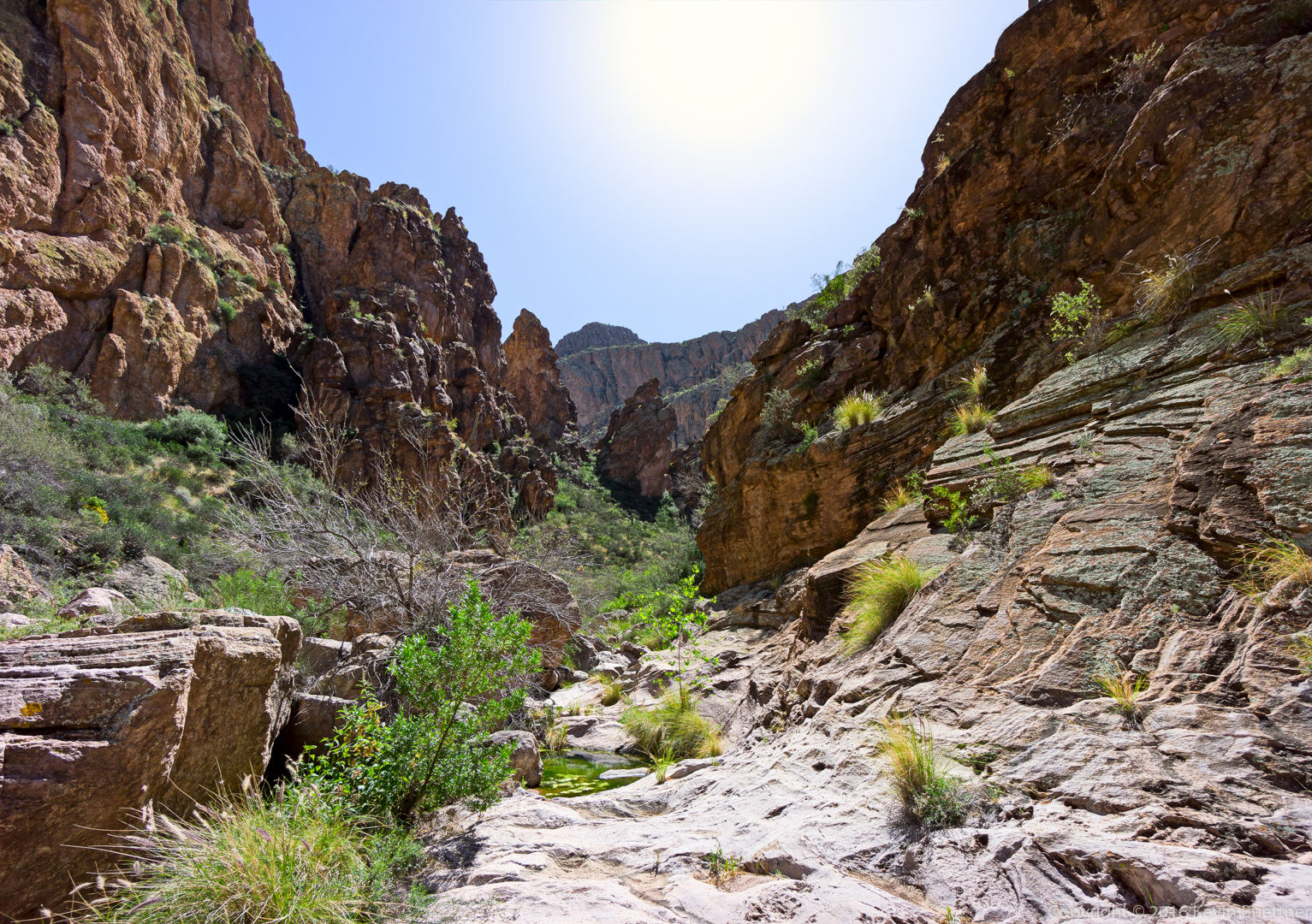 Marilyn, standing on the rock amidst the water: 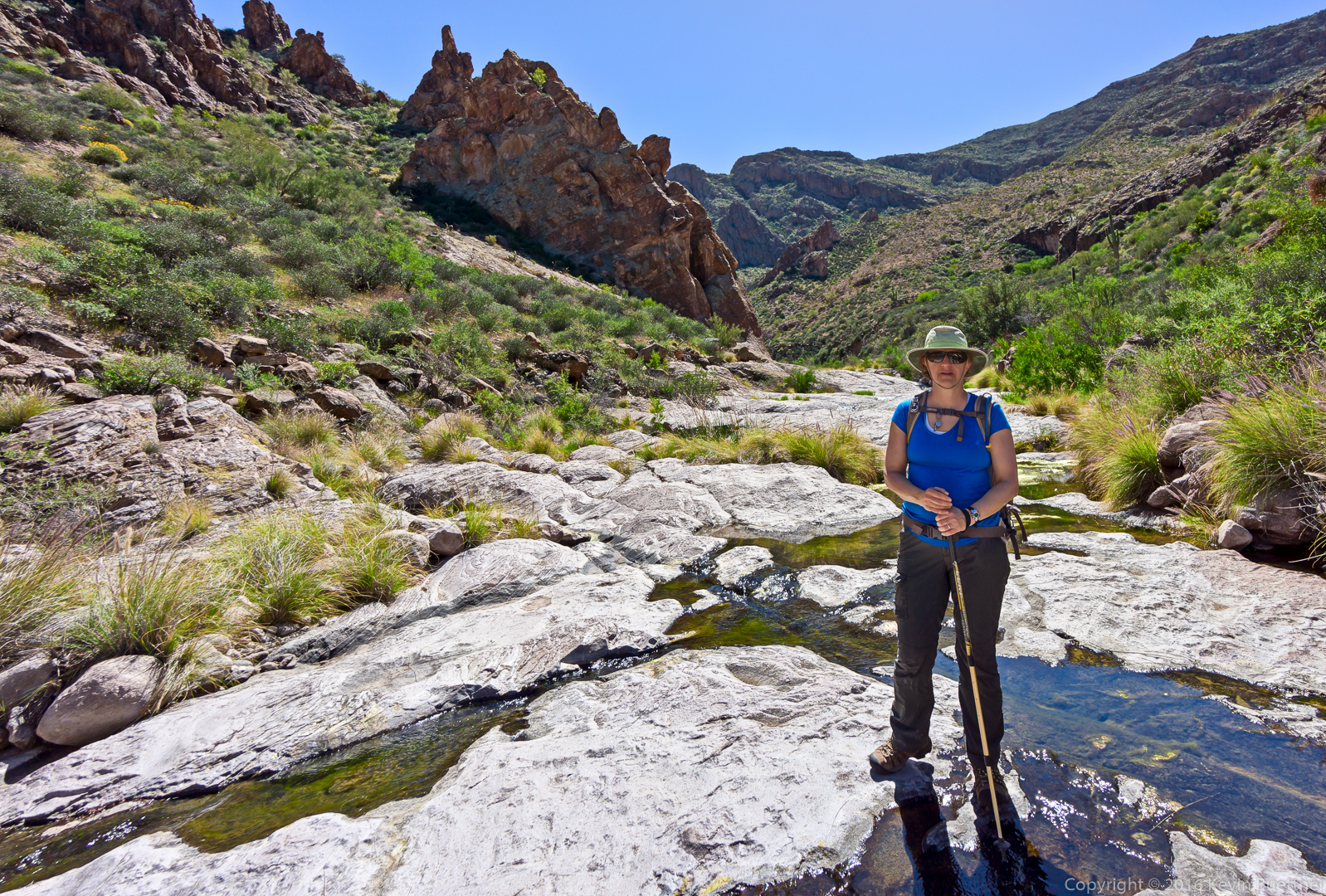 A view of the canyon prior to turning the corner into the section with the huge boulders. 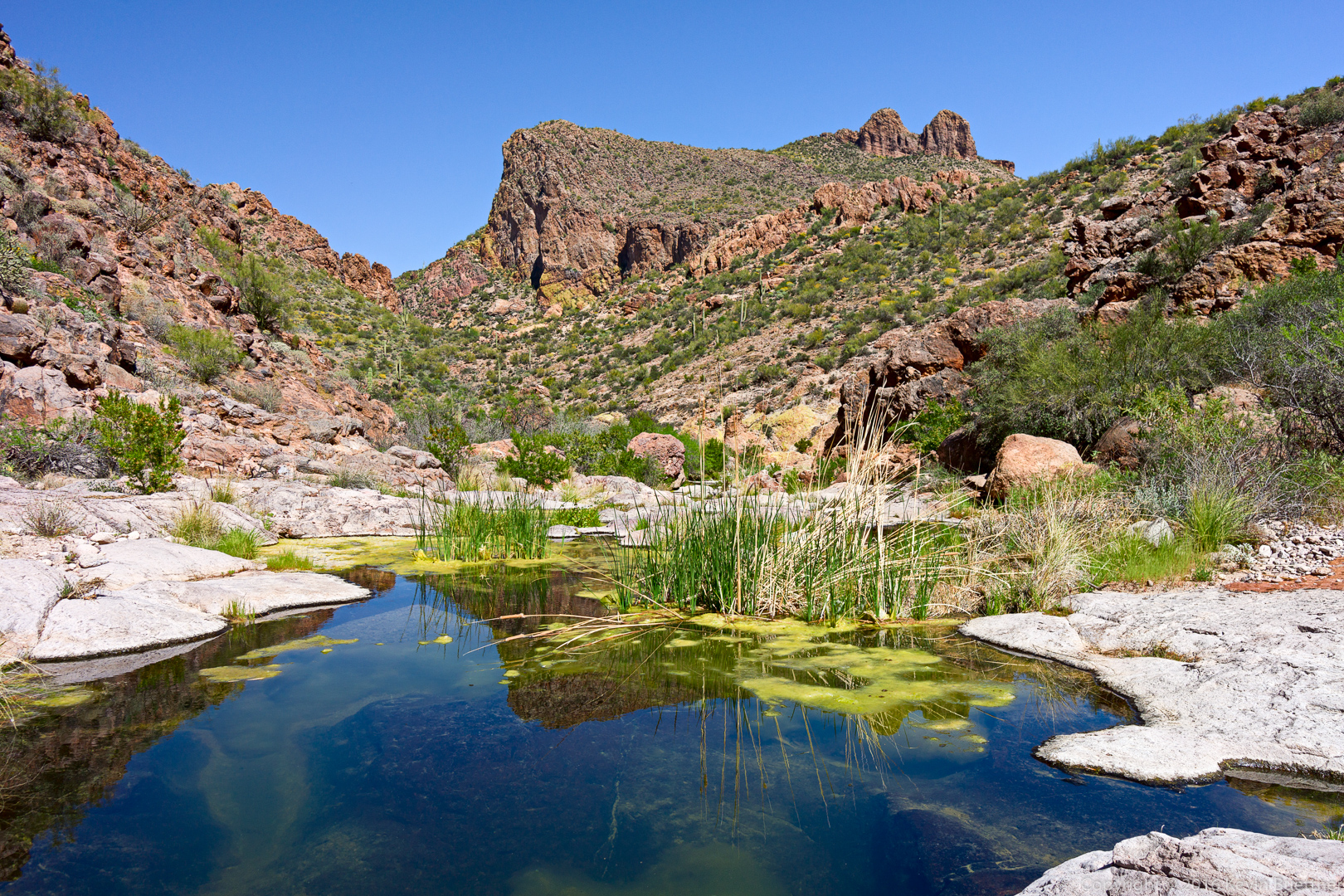 This is part of the return trip; we’re nearing the end of the section which required scrambling up and down large boulders and other rock.  Tortilla Creek is ahead; it was only marginally easier as we still had to watch our foot placement on nearly every step while also navigating around brush and water. 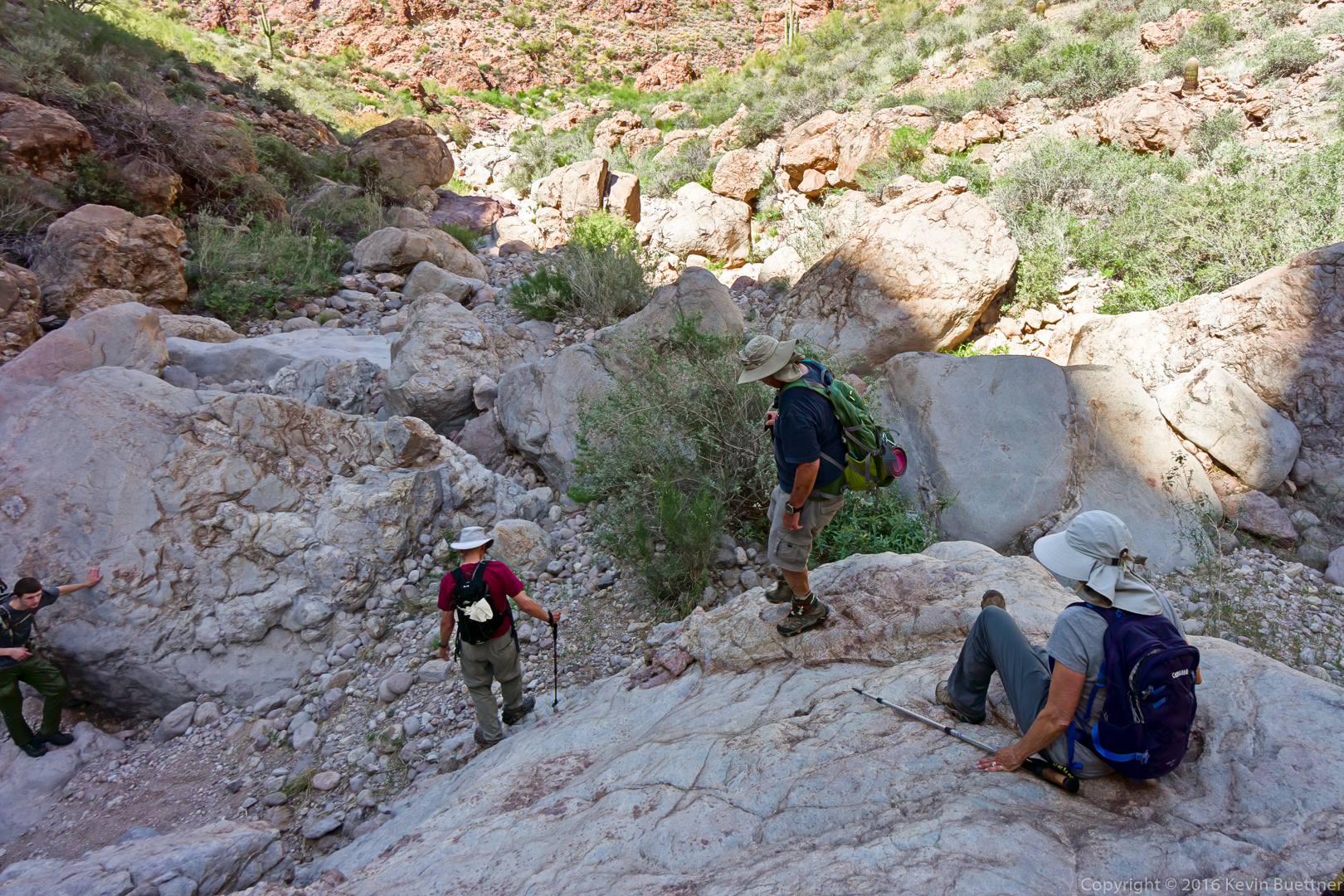 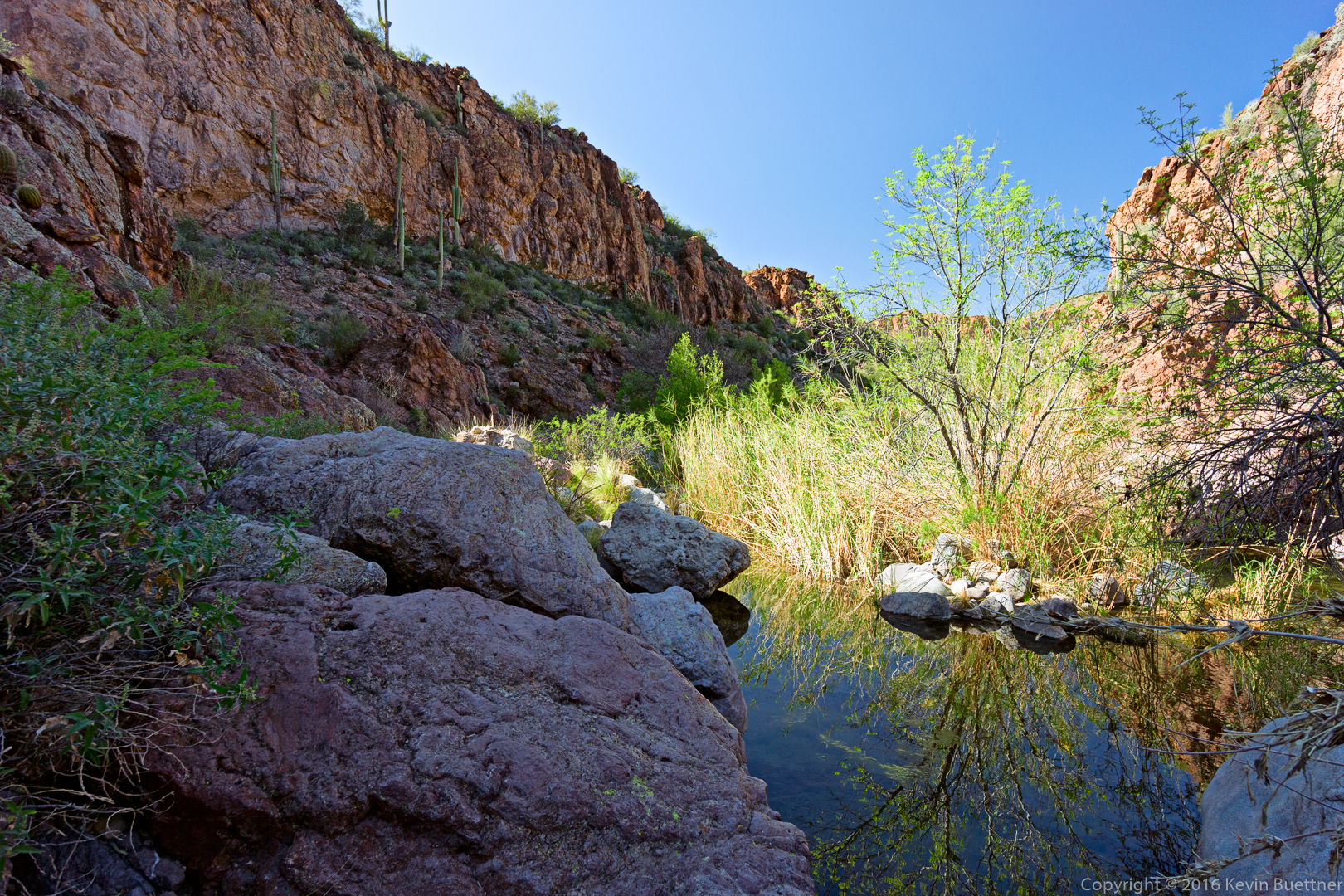 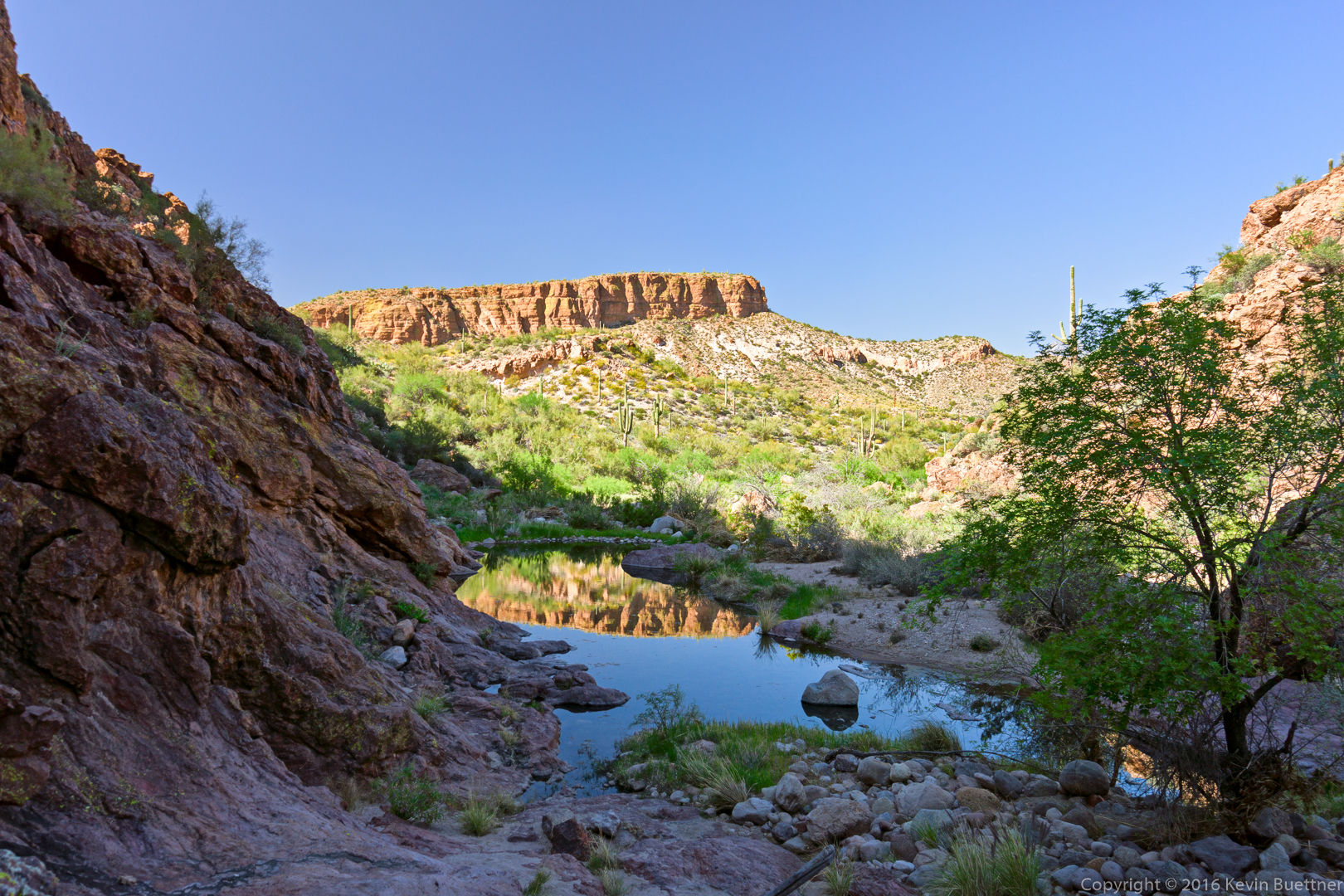 Nearly done with the creek… 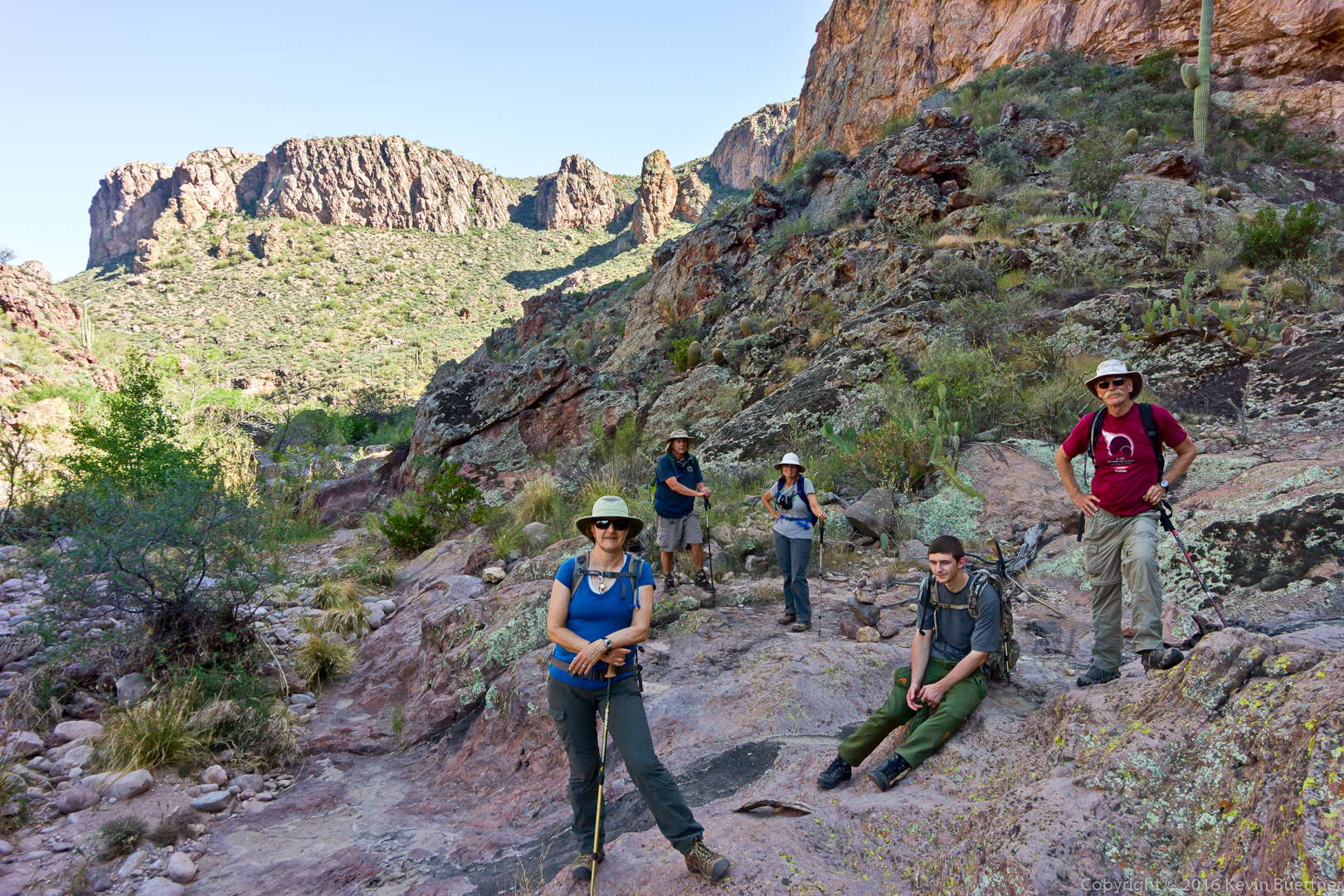 Hiking back up the hill… 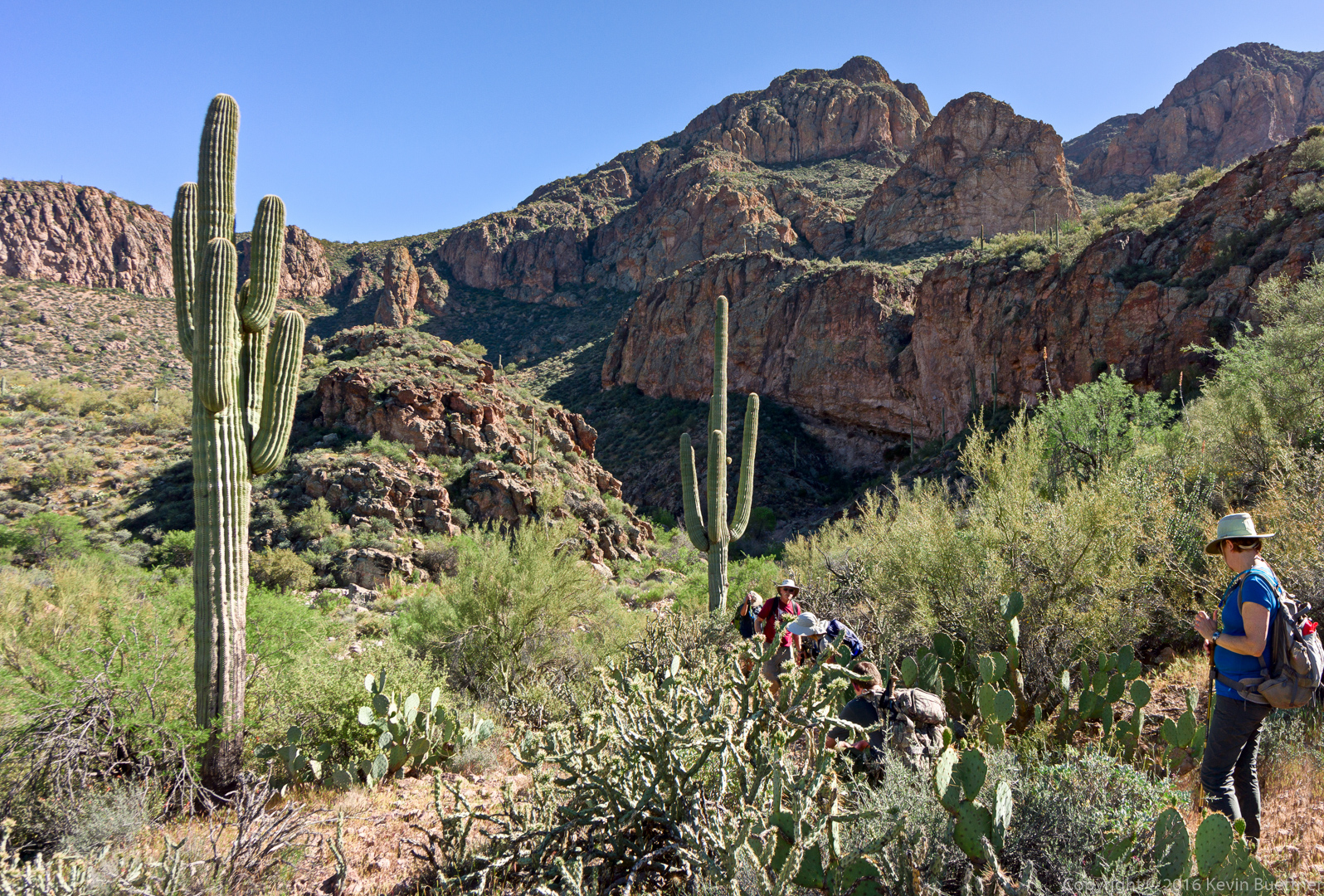 Marilyn noticed that the moon had risen: 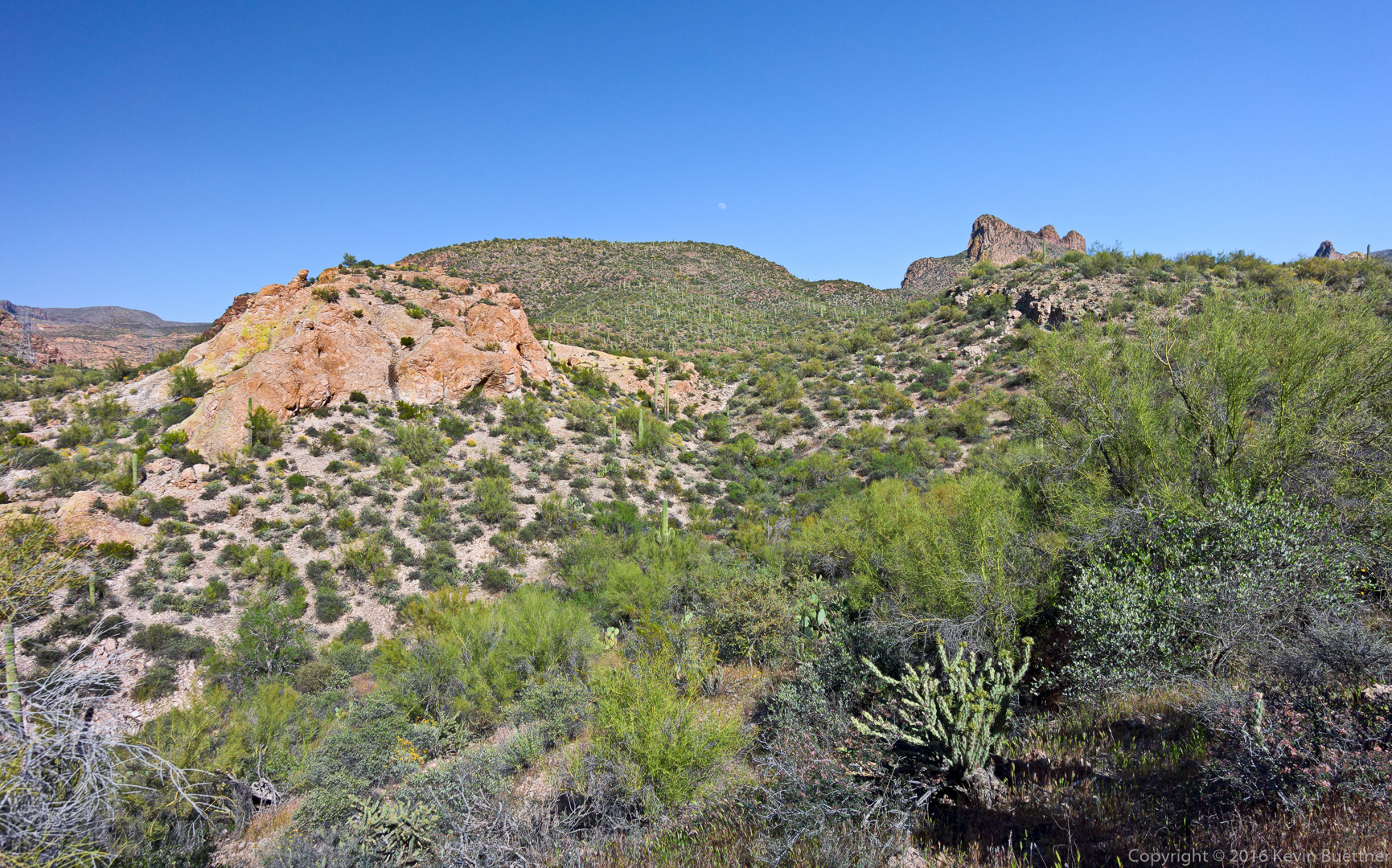 Sunday on the Scenic Trail