Doug, Eva, Bob, and I hiked to the top of Brown’s Peak on Friday.  Brown’s Peak is the highest of the Four Peaks; it is the left-most peak when viewed from the Phoenix area.

We hiked Brown’s Trail #133 to the Amethyst Trail #253. After pausing for a few minutes at Brown’s Saddle, we continued up a well-traveled trail of use to the summit. After descending to the saddle, we hiked back down the Amethyst Trail to the Four Peaks Trail.  Sections of the Amethyst Trail between the intersection with Brown’s trail and Four Peaks trail are still in bad shape (and is very hard to follow) from the fire in 1996. Four Peaks Trail led back to the Lone Pine Trailhead where we had parked.  We hiked six and a quarter miles with just over 2200 feet of total ascent.  (We gained a few more feet while getting lost and then un-lost on the Amethyst Trail.)

A view from early in the hike on Brown’s Trail: 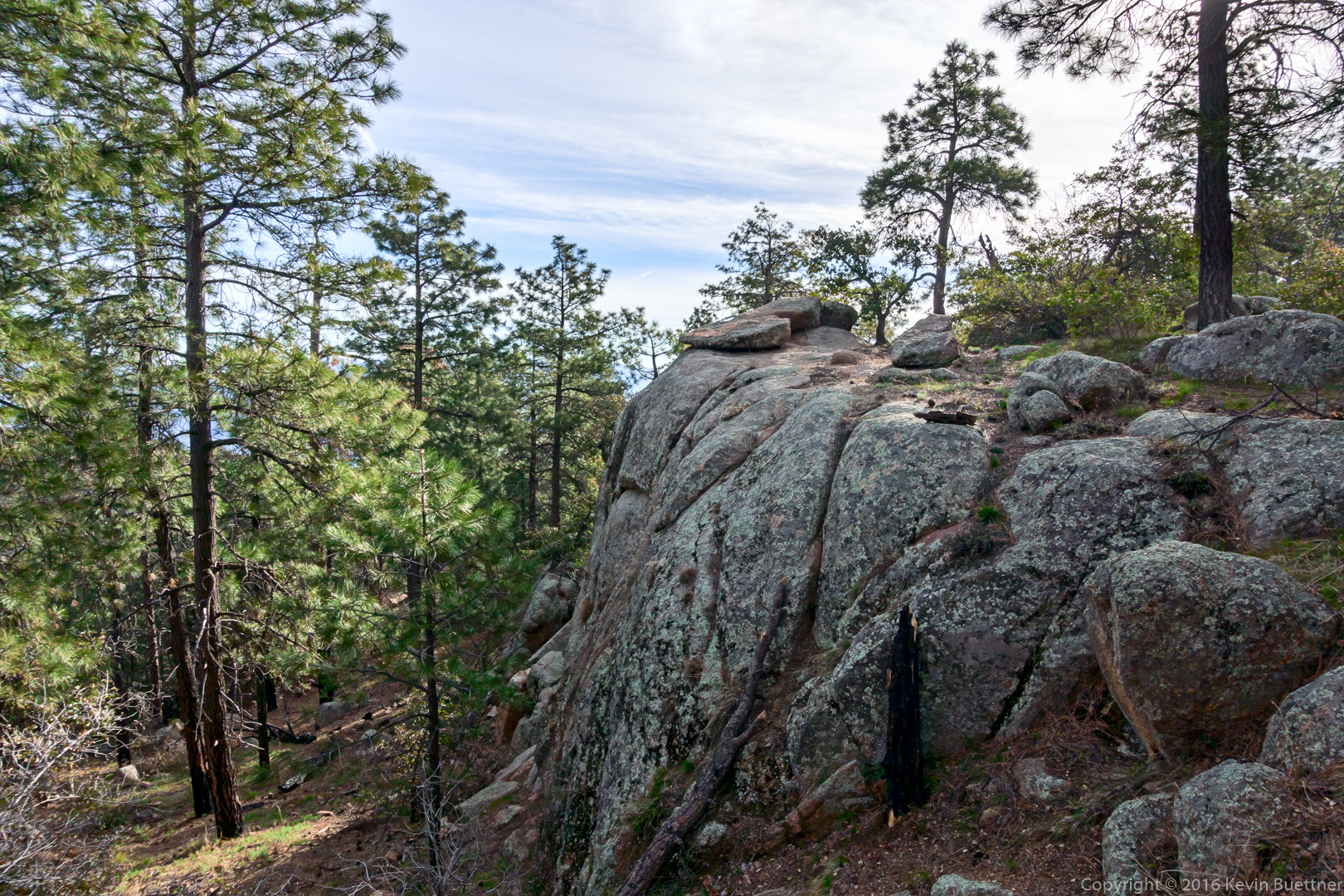 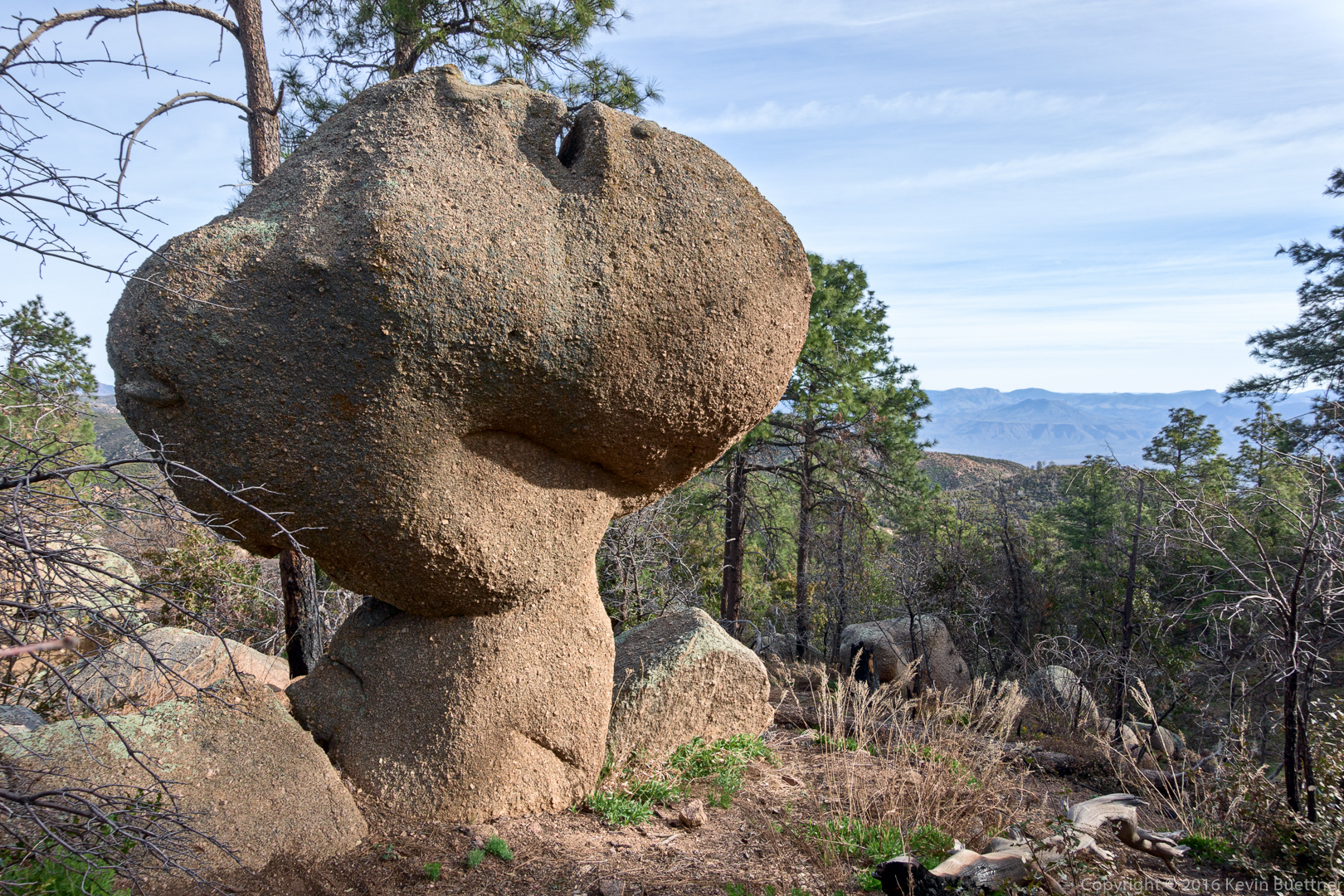 We encountered patches of snow along the way.  Eva shows us some of the white stuff she thought she had left behind in Toronto. 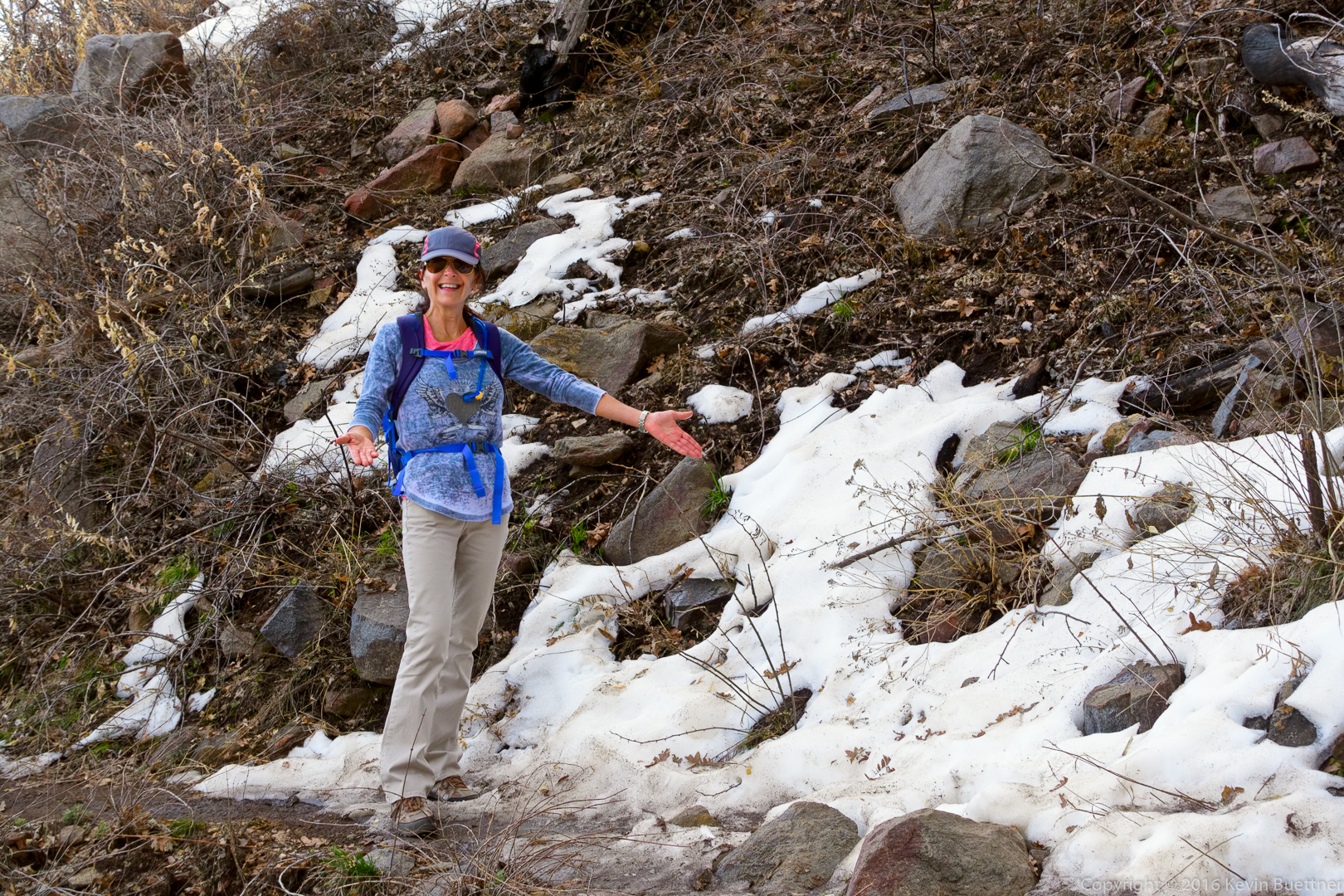 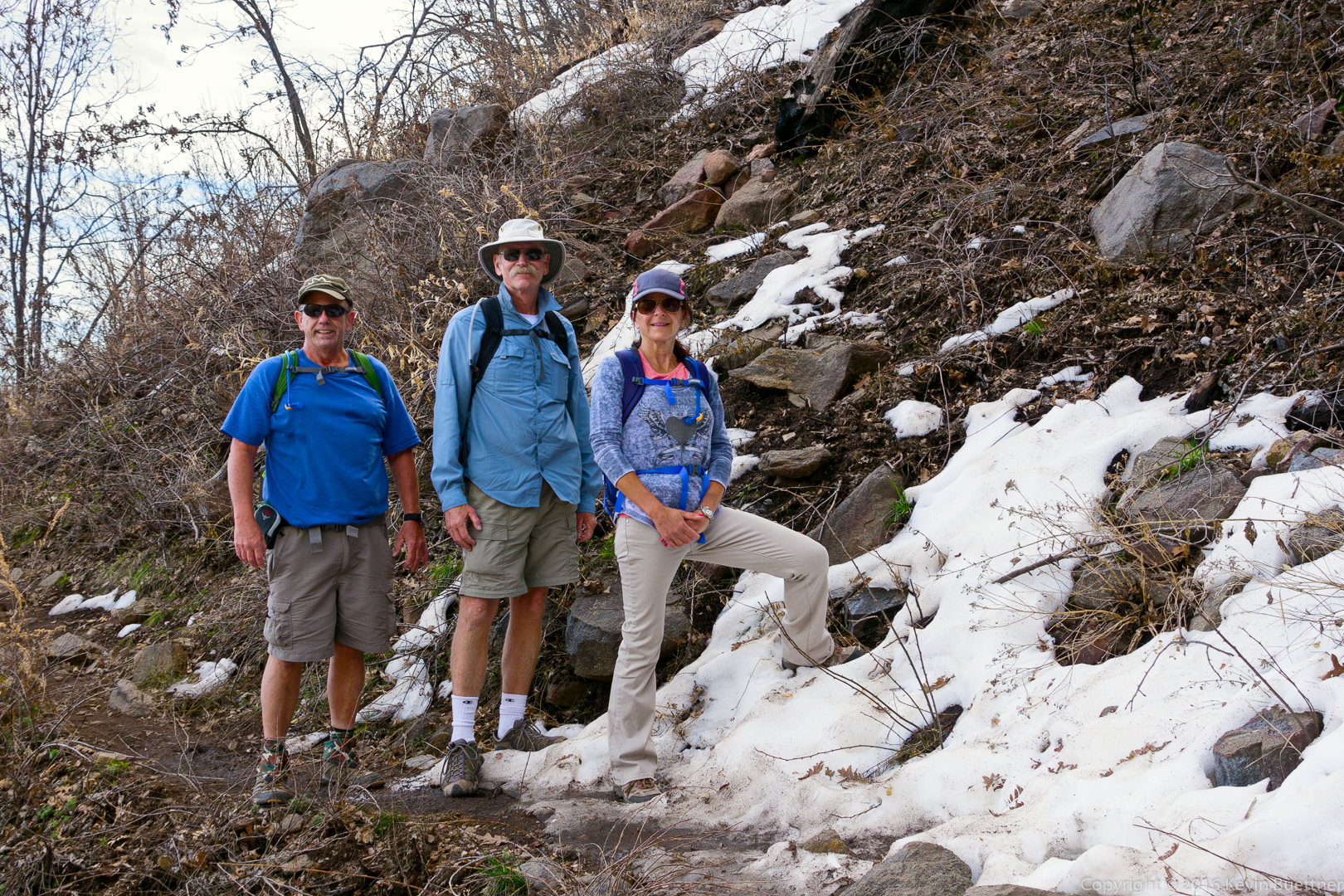 A view from Brown’s Saddle. The Flatiron (in the Superstition Mountains), Saguaro Lake, and Red Mountain (which is near Fountain Hills) are all visible in the distance. 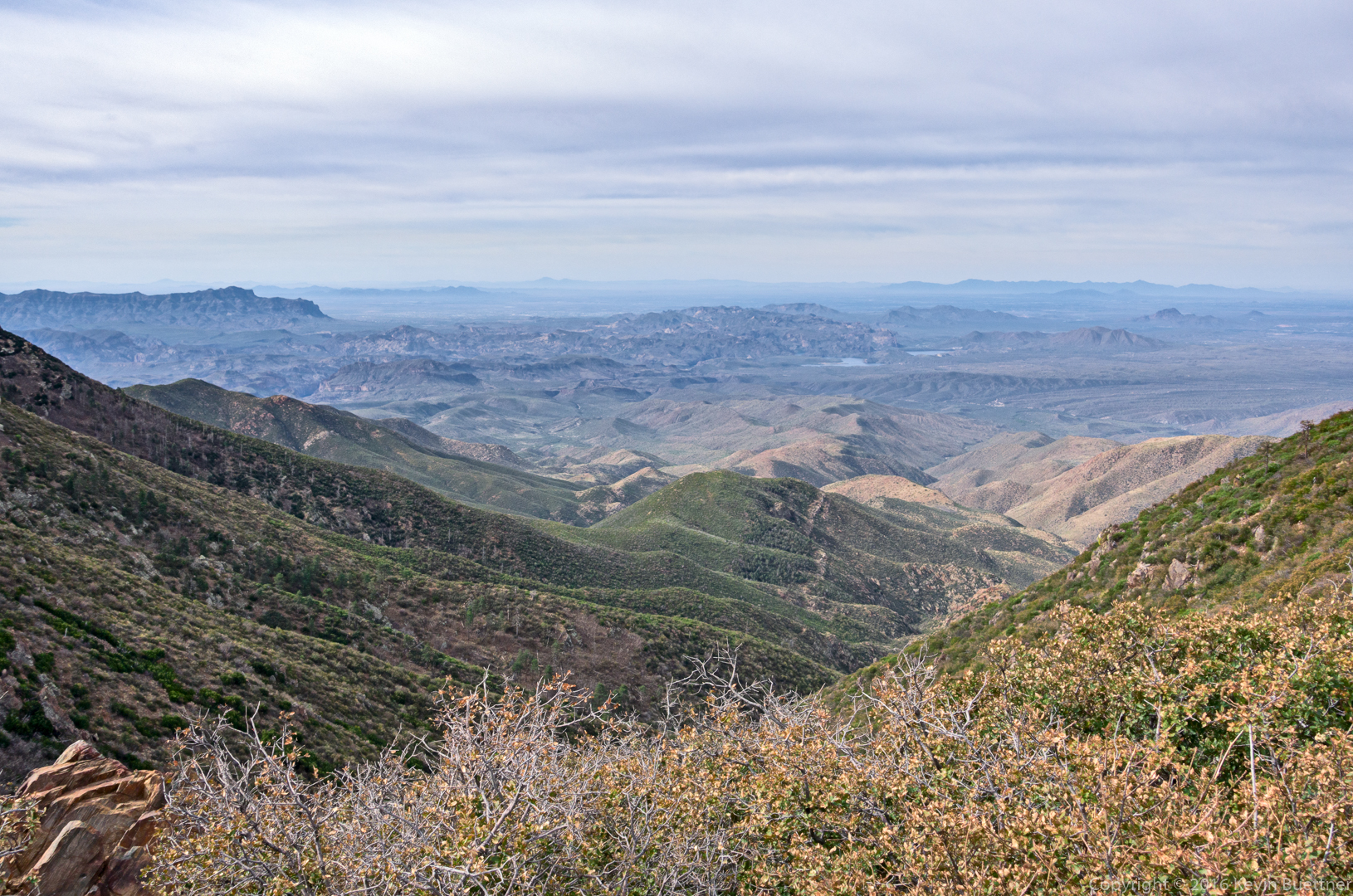 A view of Brown’s Peak (left) from Brown’s Saddle. 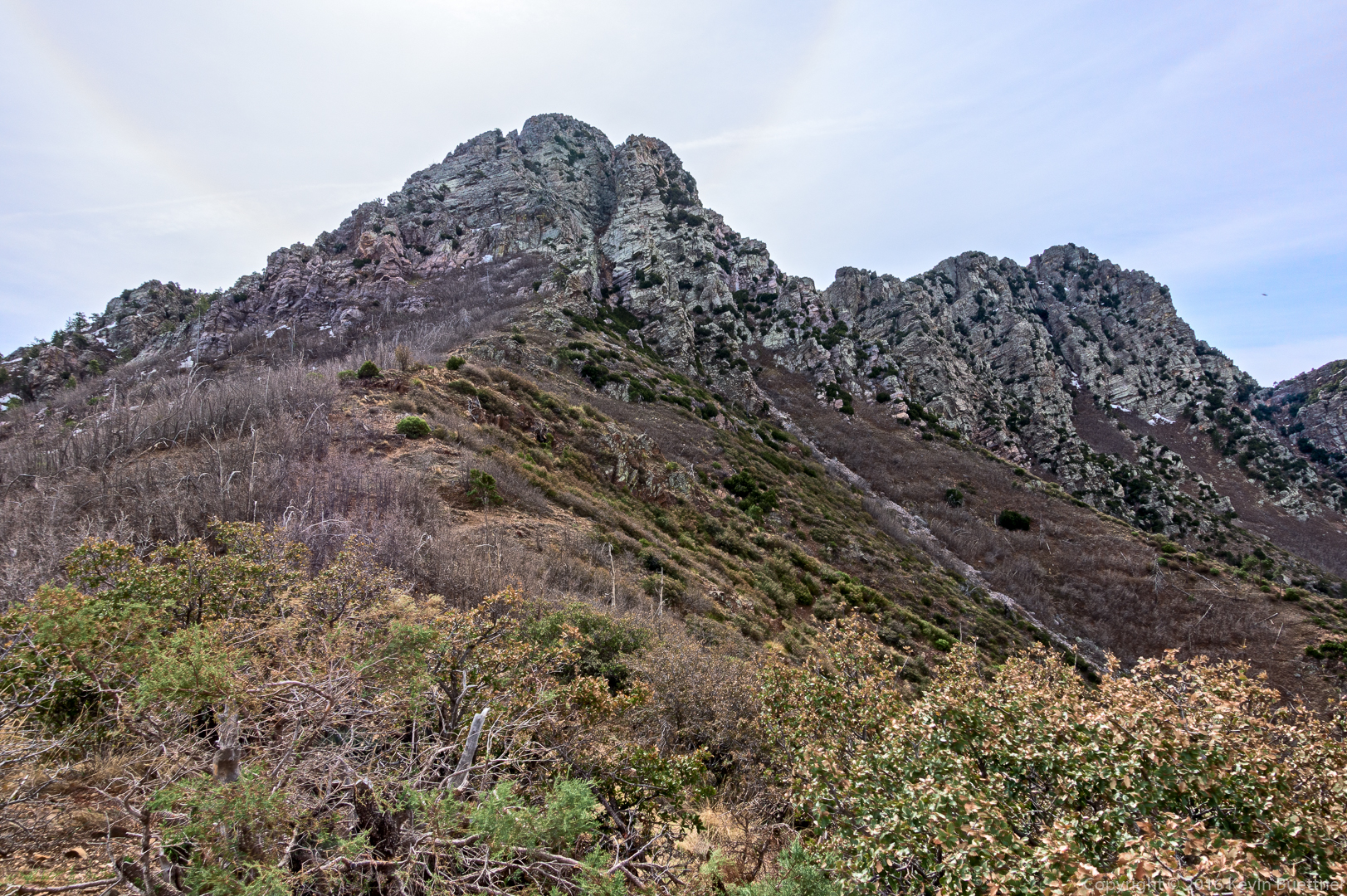 Bob, with some small cacti in the foreground: 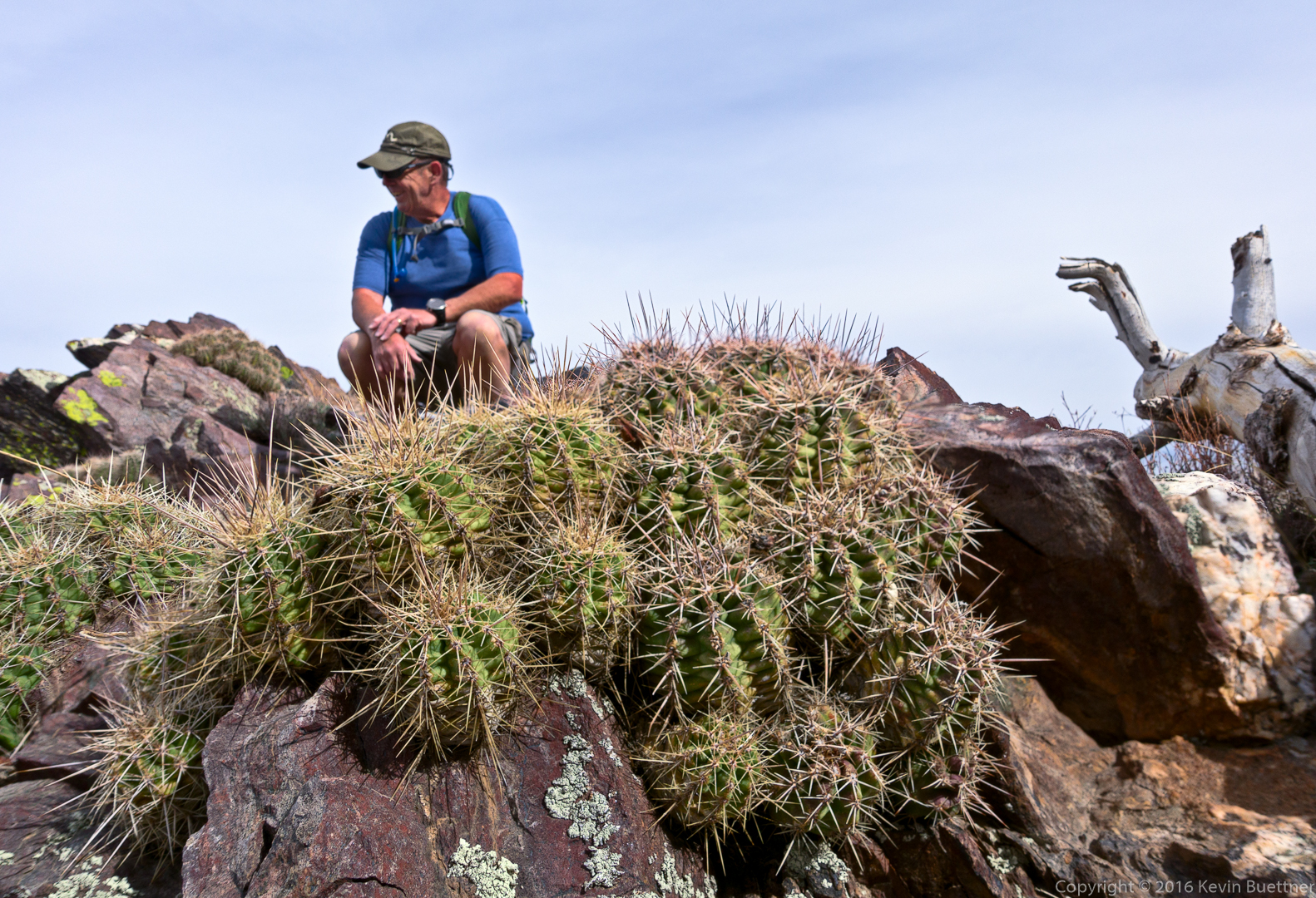 We saw this interesting looking tree after leaving Brown’s Saddle: 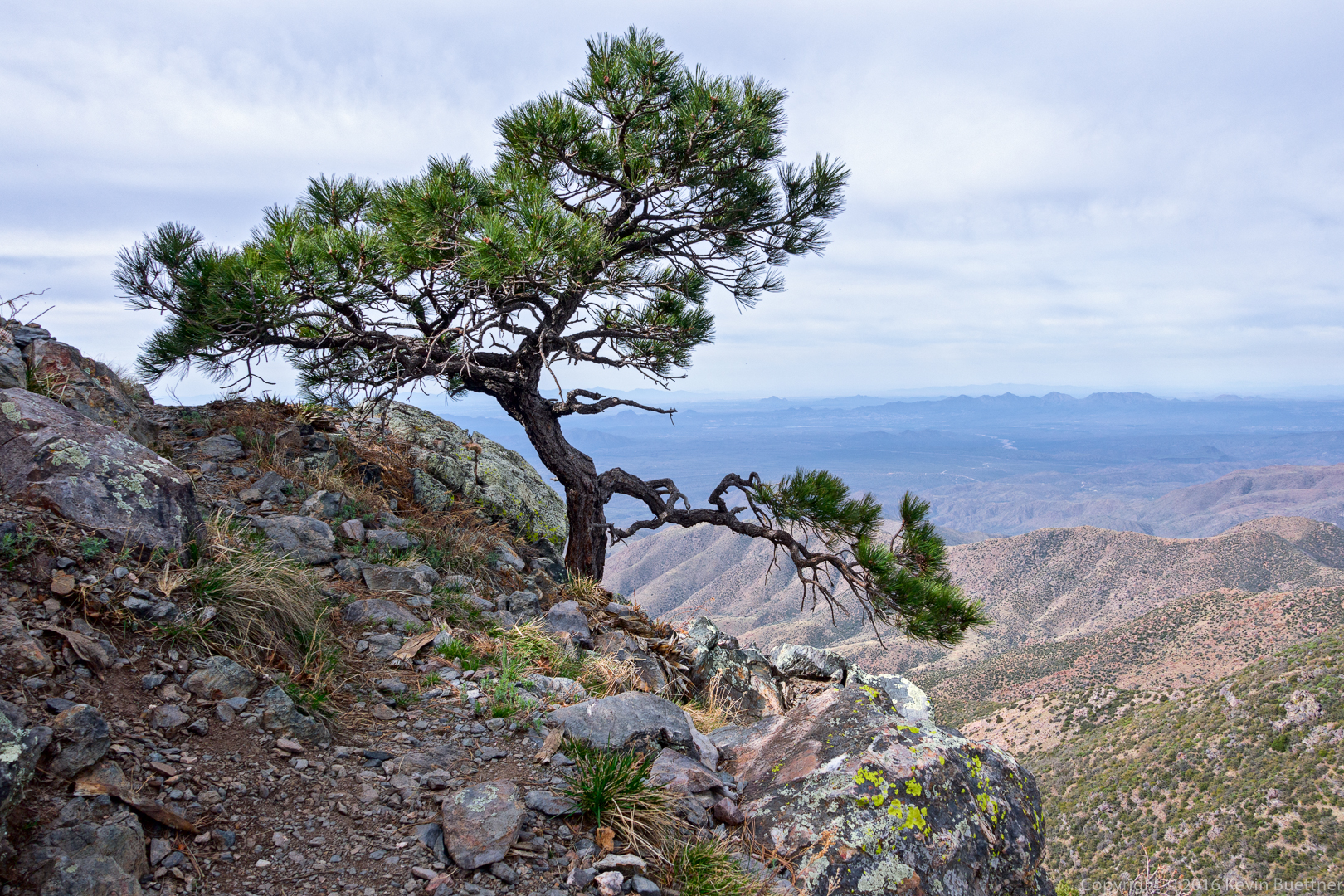 Our route followed the couloir and then went left to the peak. 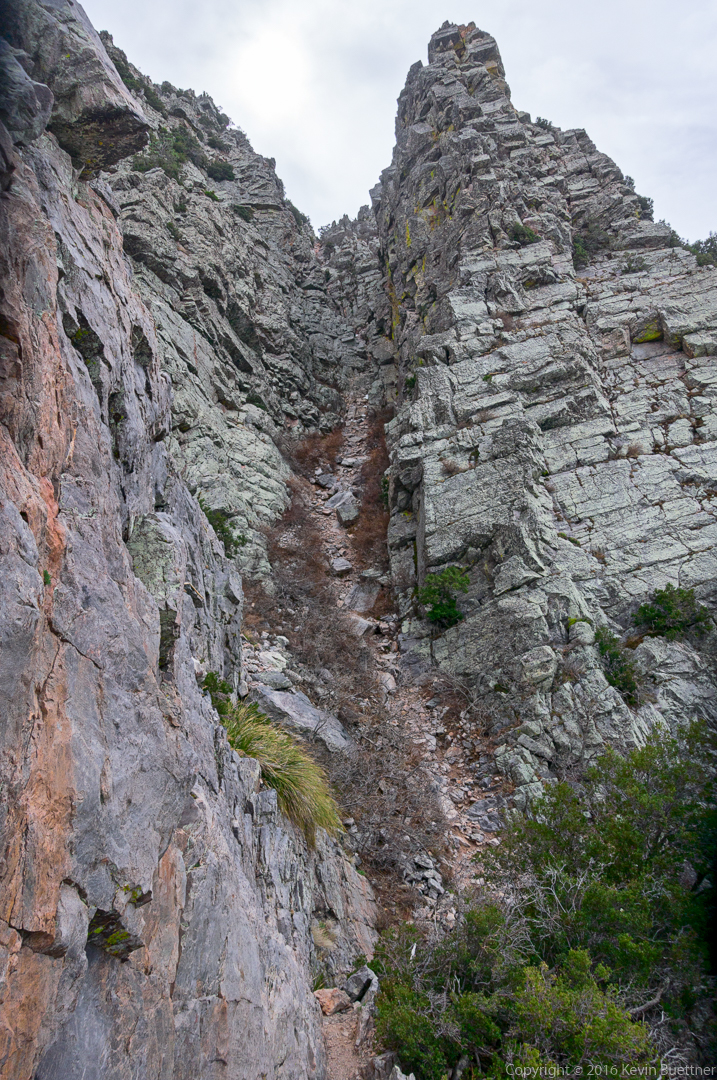 The route that we took to the couloir required climbing down some ledges.  (There’s an alternate route which goes through a lot of scree.) 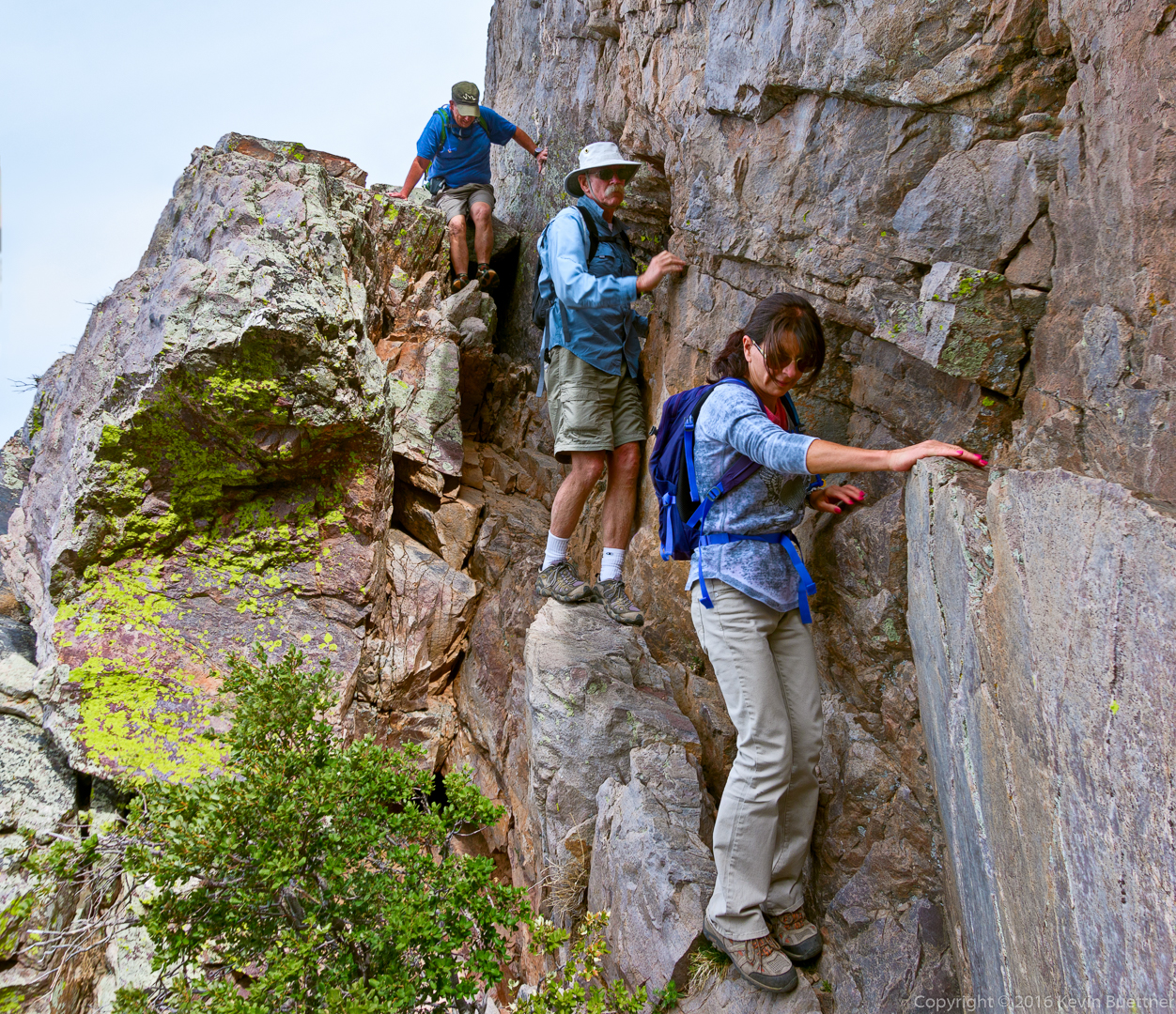 Looking down from a ledge on the way up. 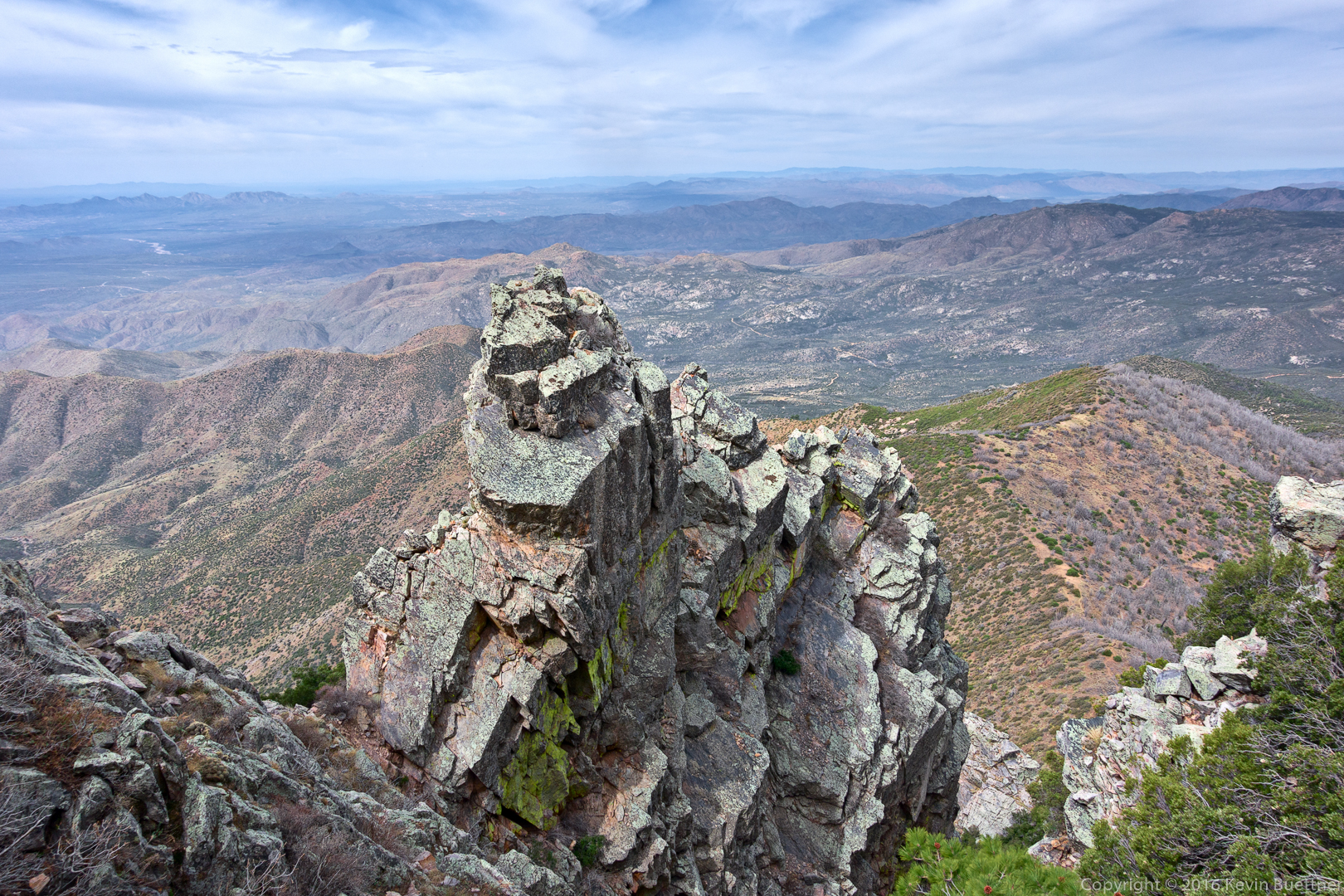 A view of two of the other peaks on the way up. 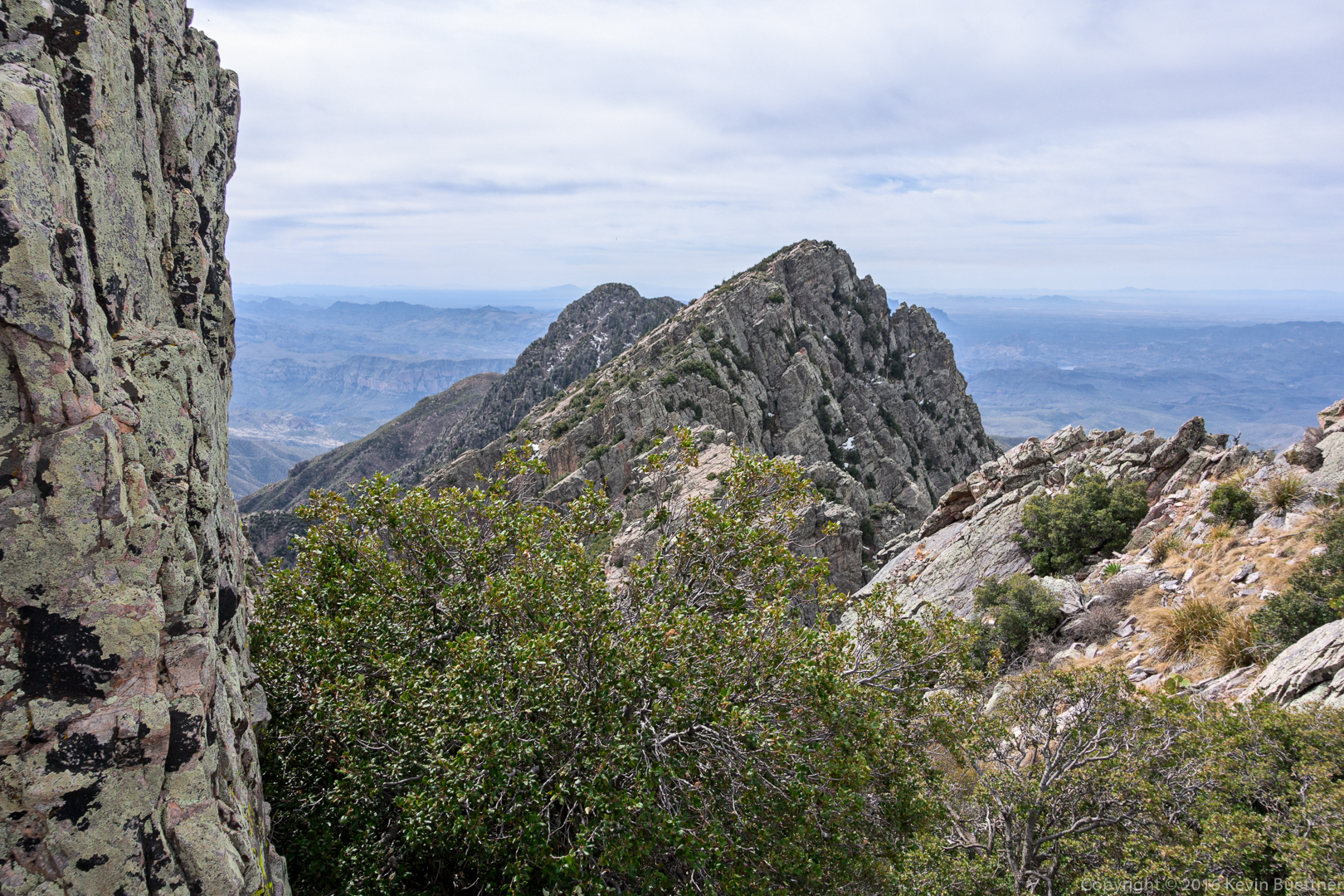 A view from the top: 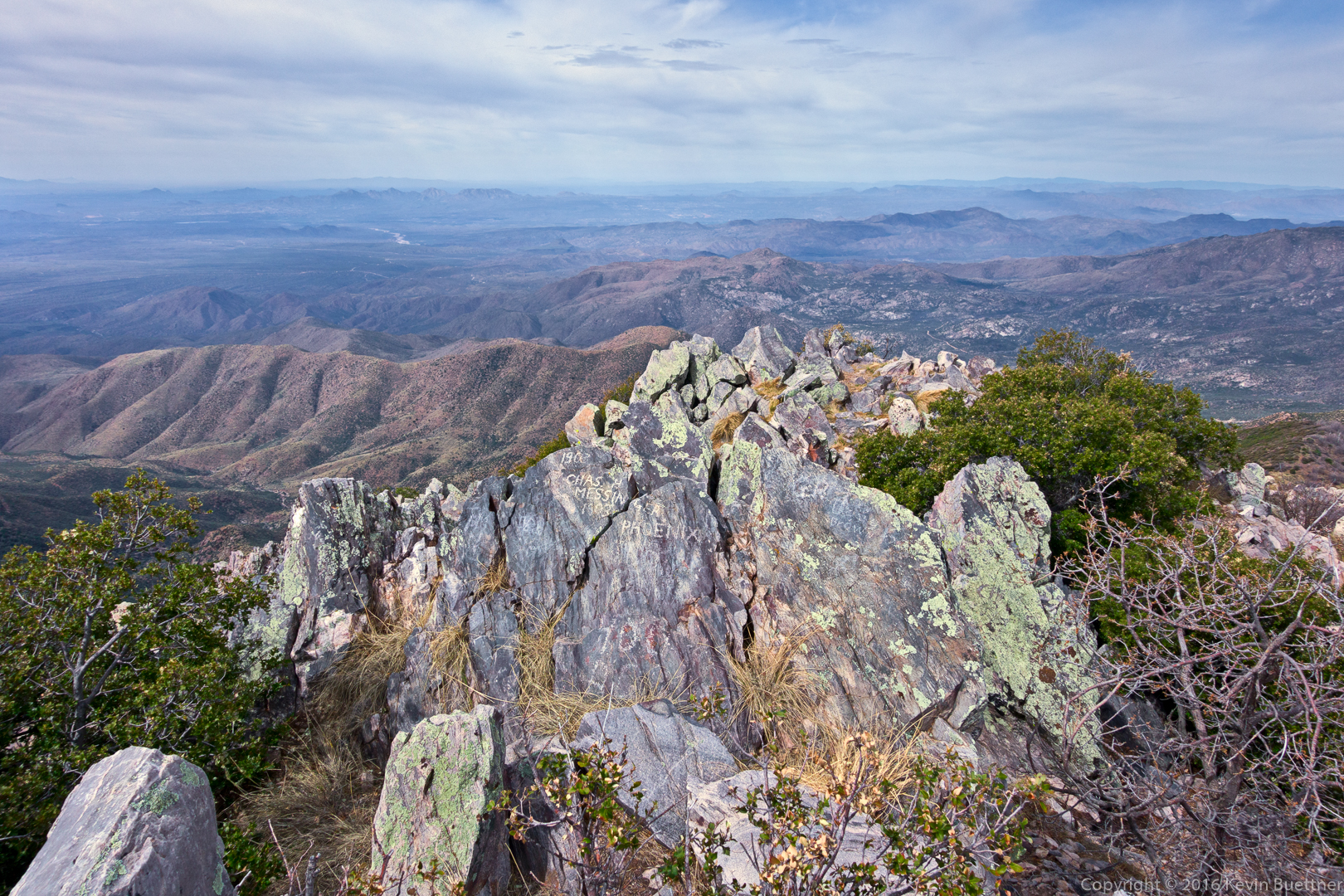 Templeton of the 4th Cavalry made it to the summit in 1867.  Major William H. Brown, for whom the peak was named, commanded the 5th US Cavalry. 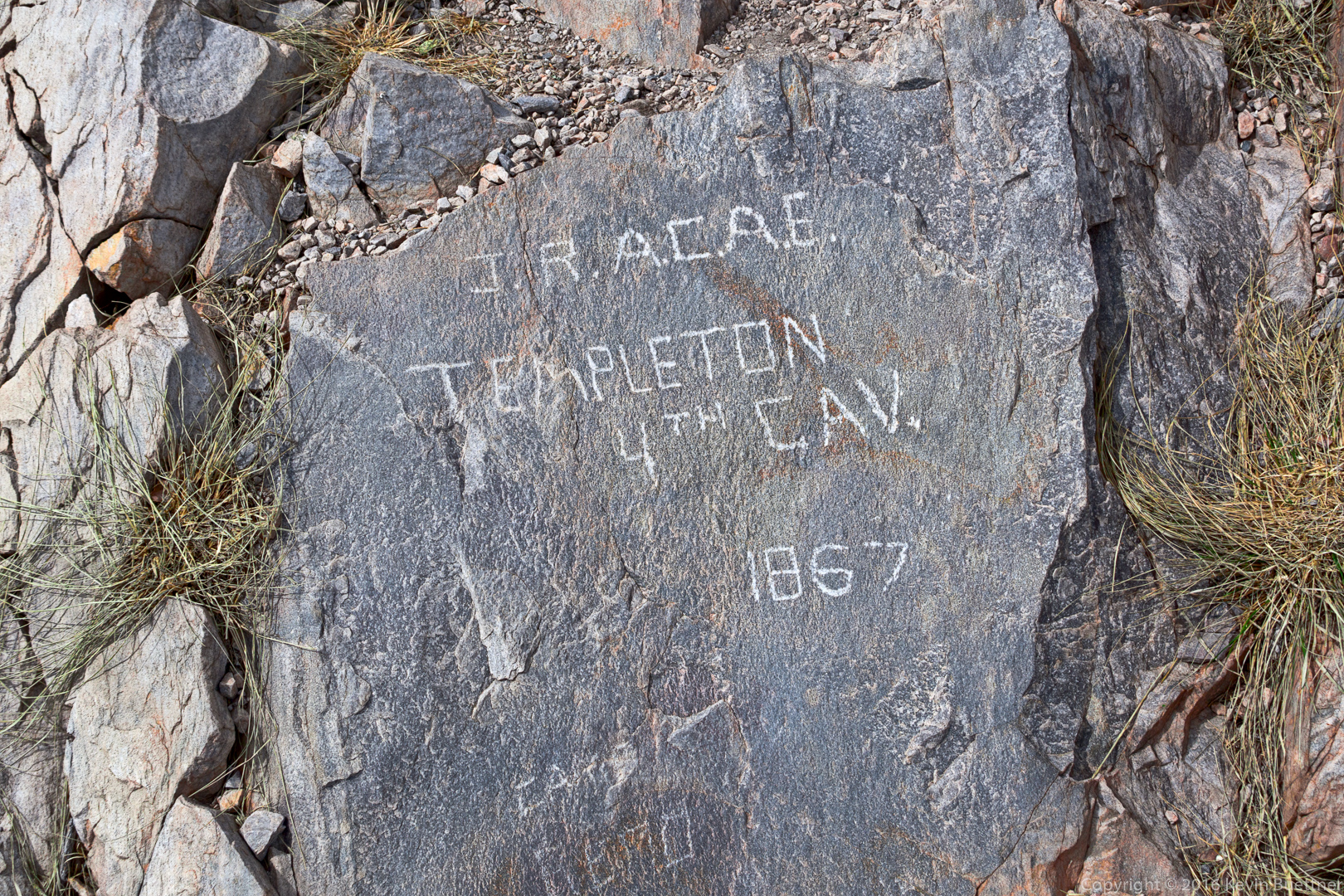 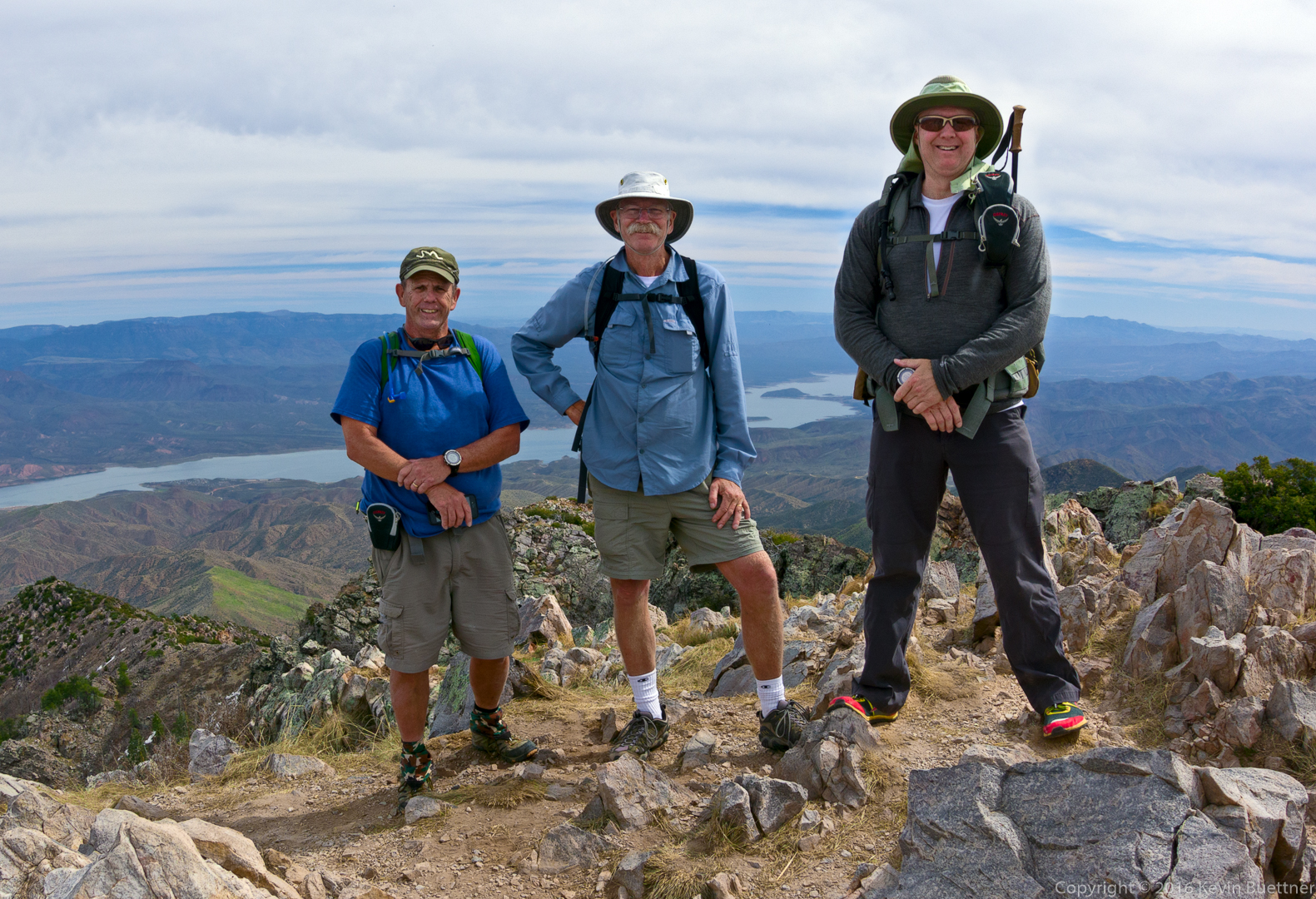 A view of Roosevelt Lake: 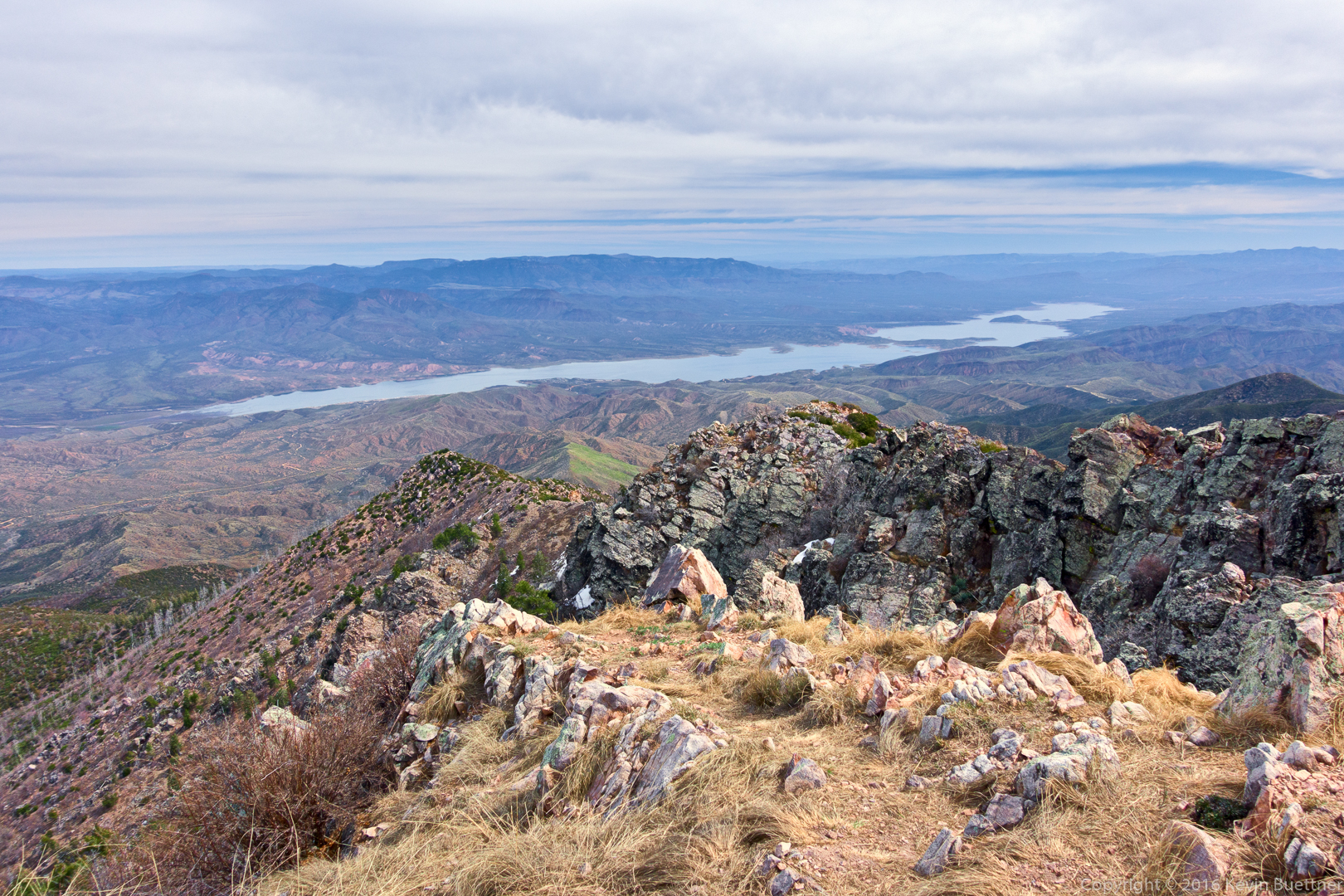 We could see the other three peaks from the summit of Brown’s Peak: 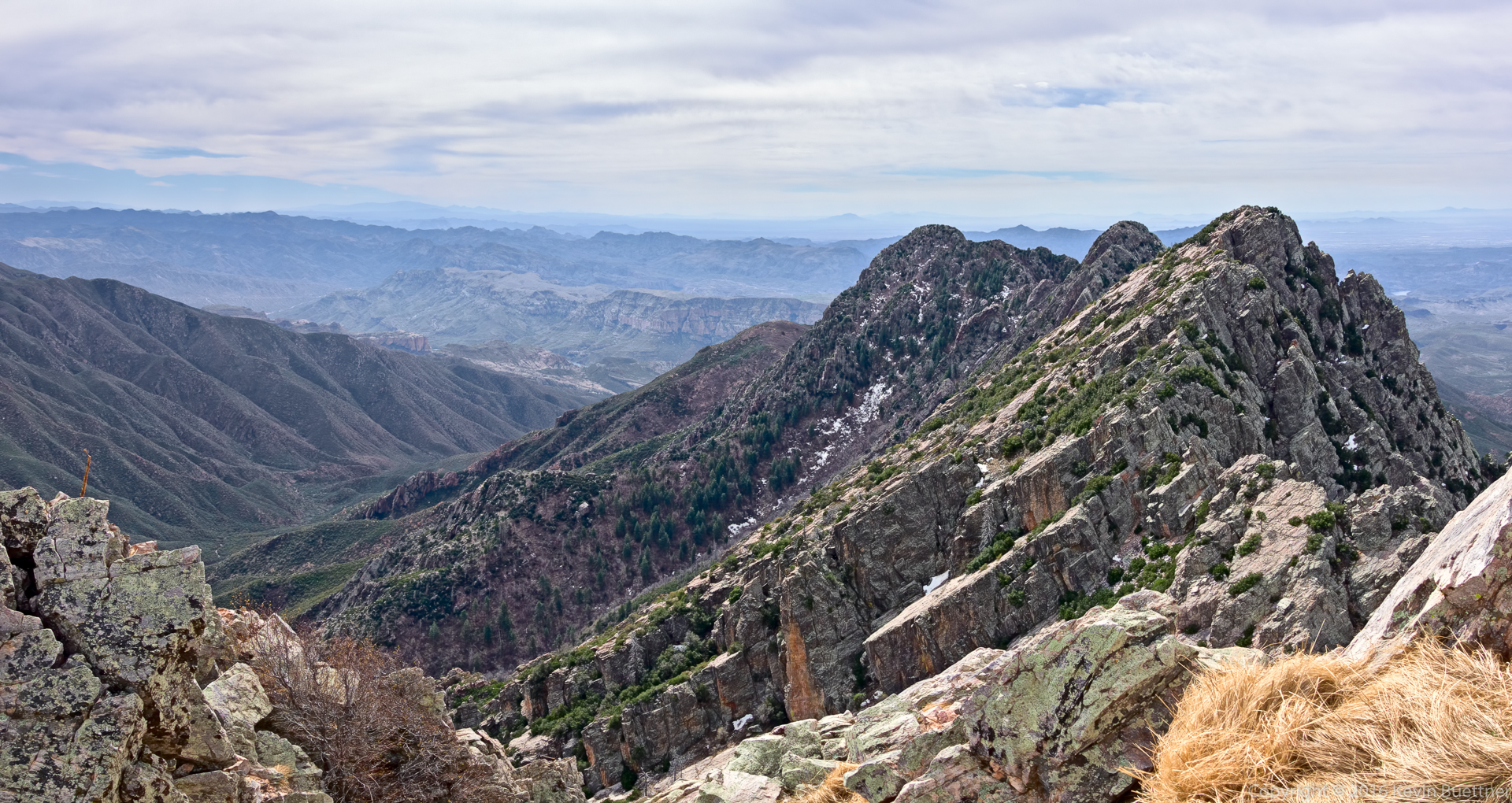 Bob and Doug near the summit: 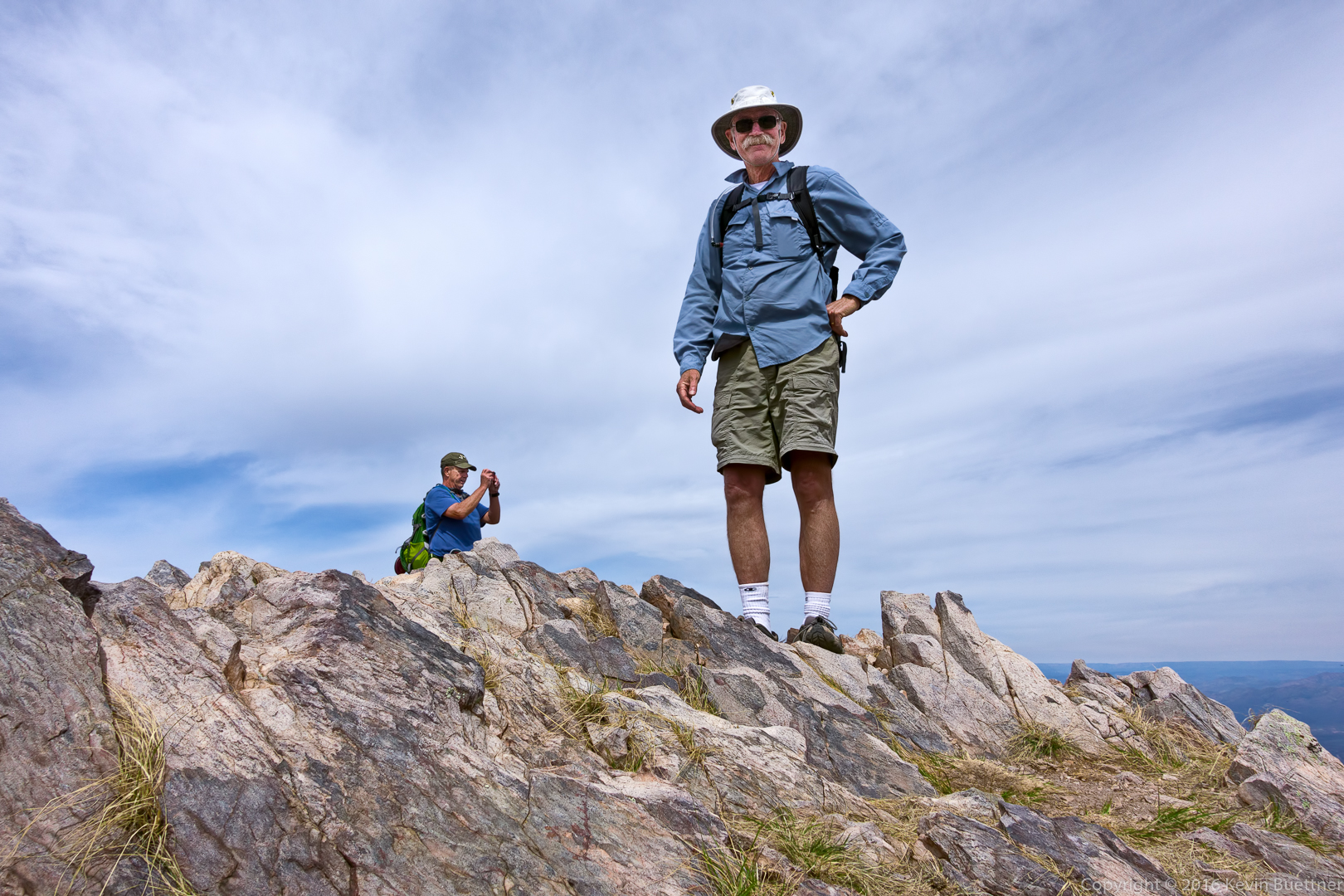 A view to the west.  Parts of the road that we drove in on are visible in this photo. 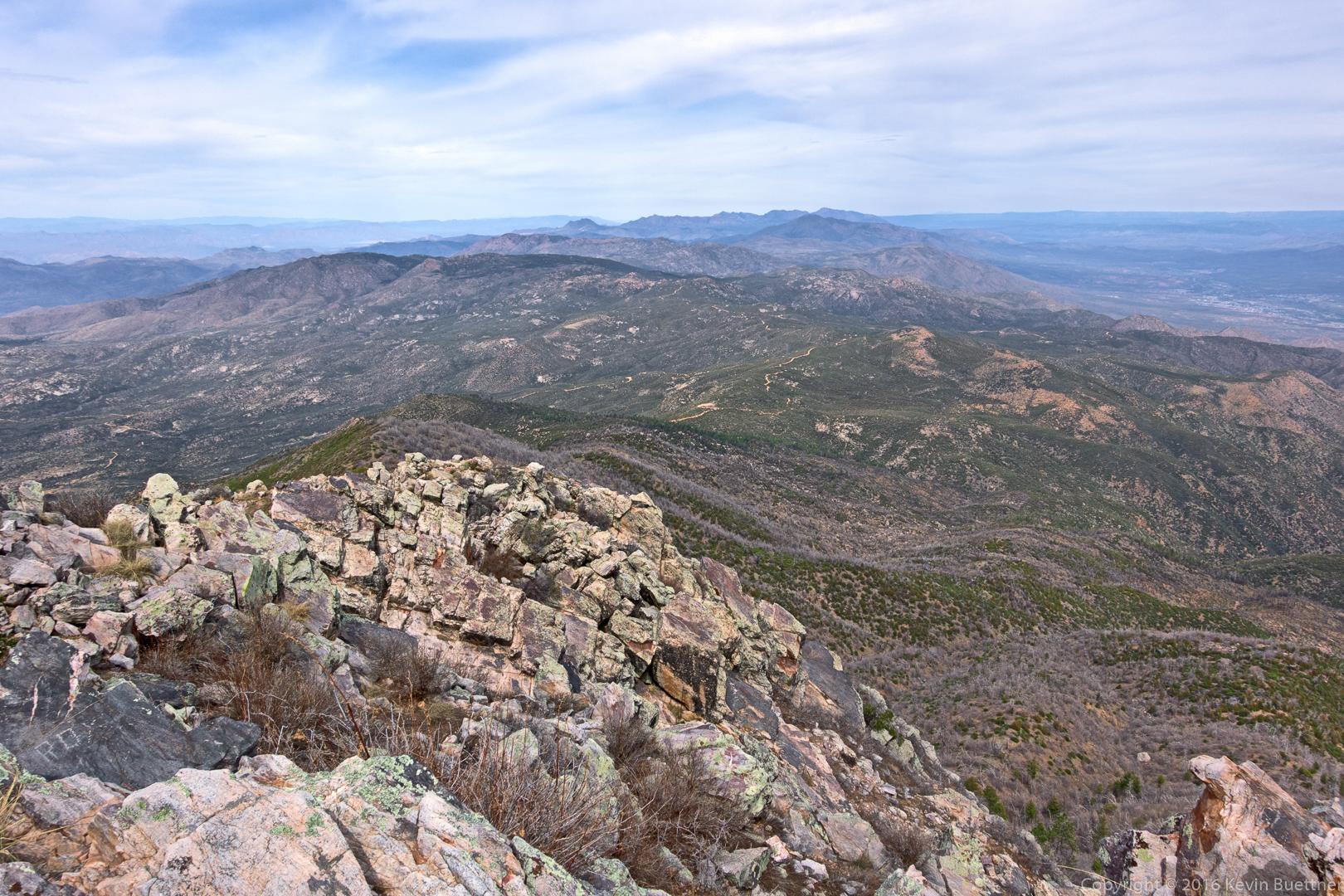 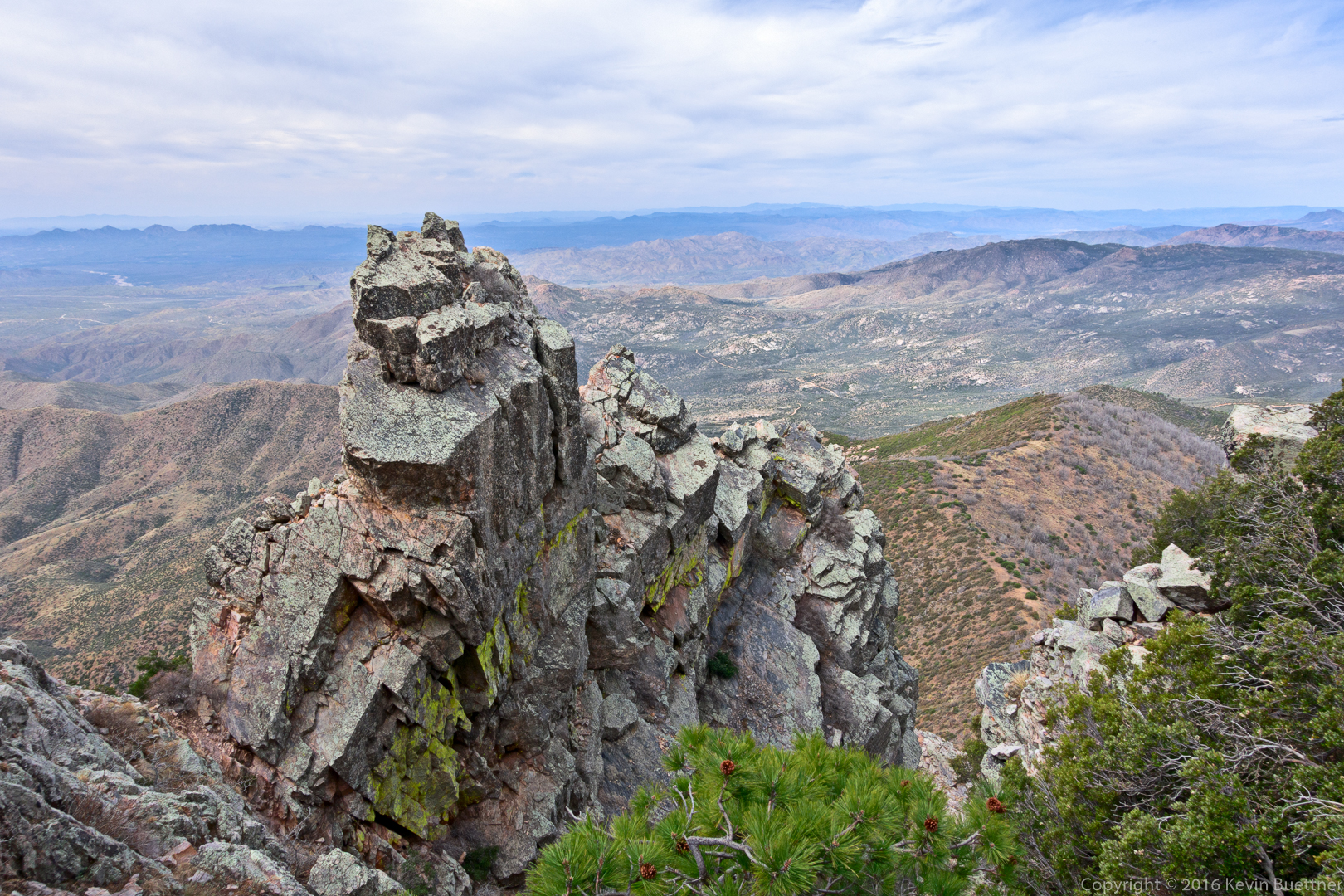 Doug and Bob, descending one of the steep(ish) sections. 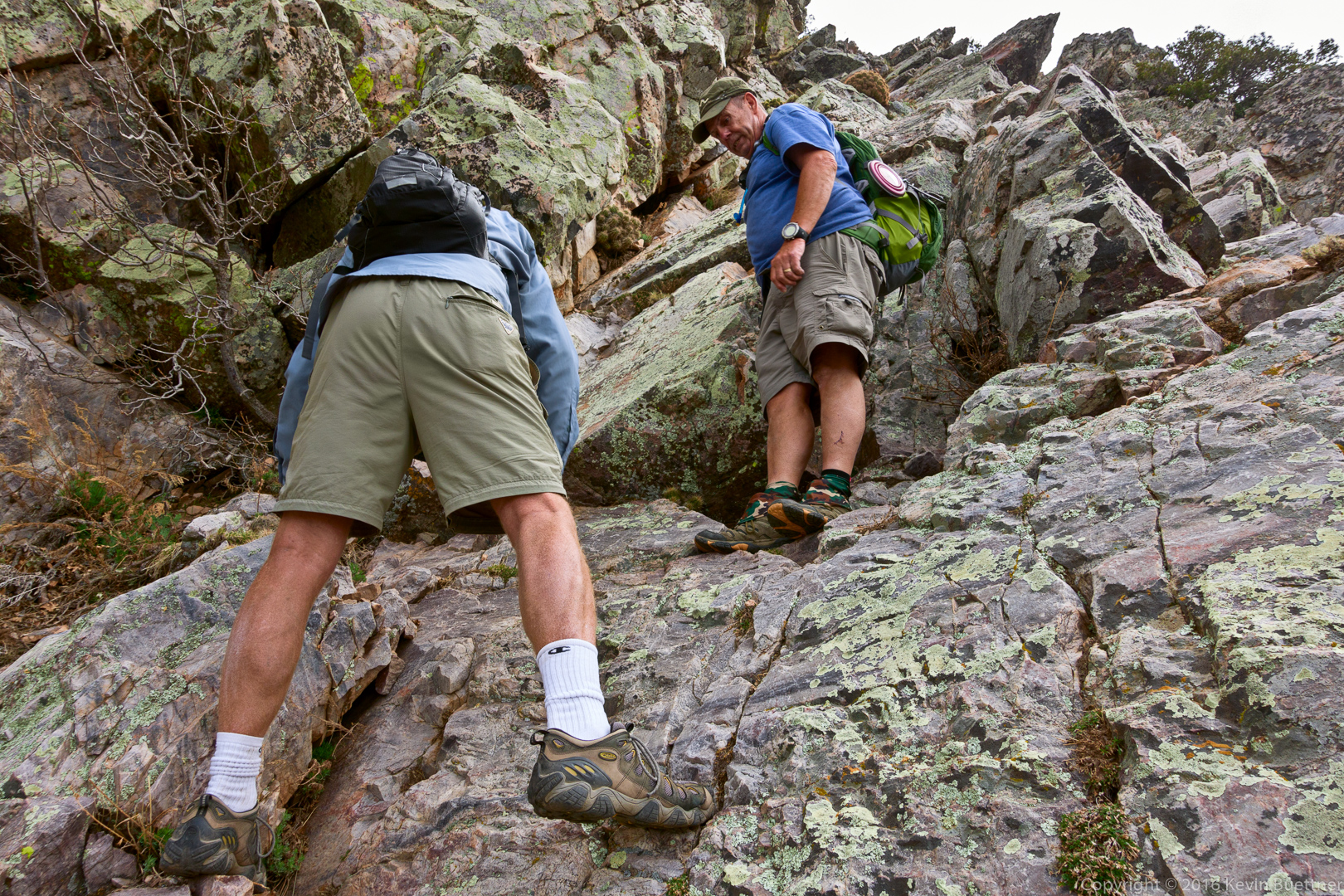 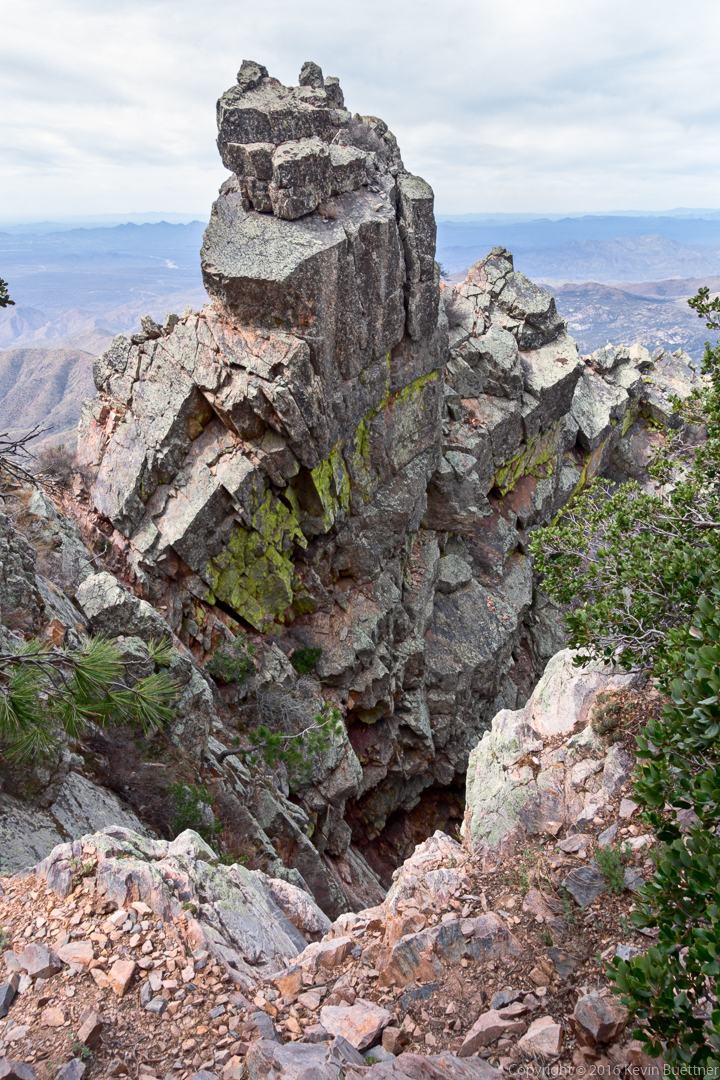 Eva patiently waited for Bob, Doug, and me to go up to the summit.  She said it was cold waiting in the couloir. 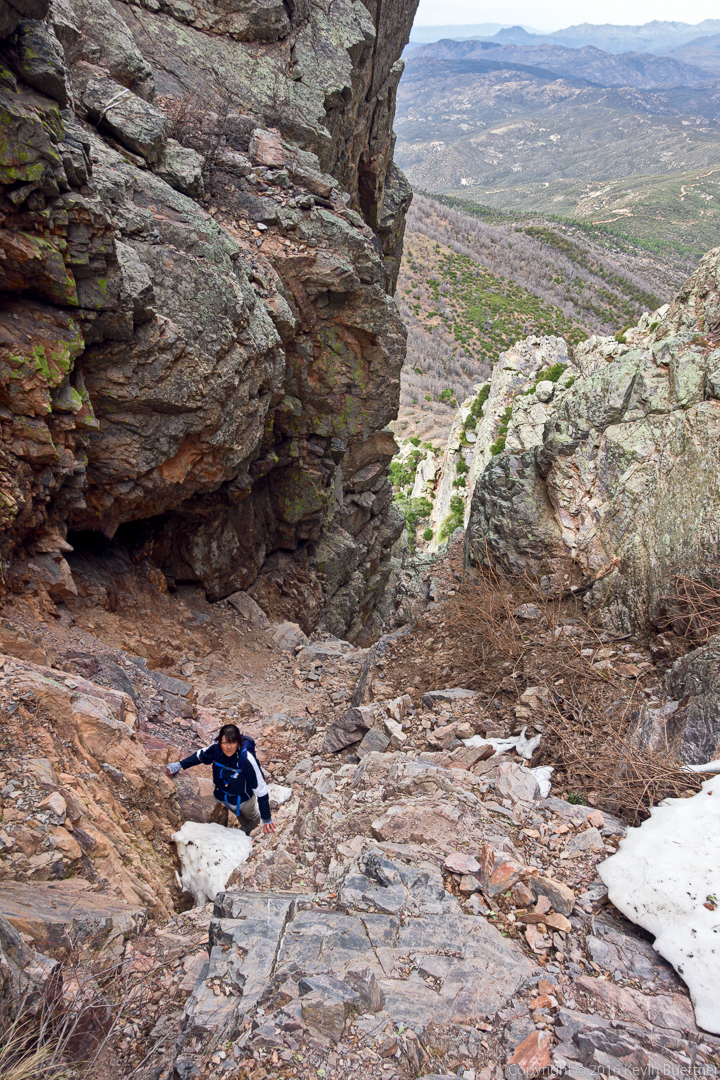 Eva on one of the ledges on the way back from the couloir: 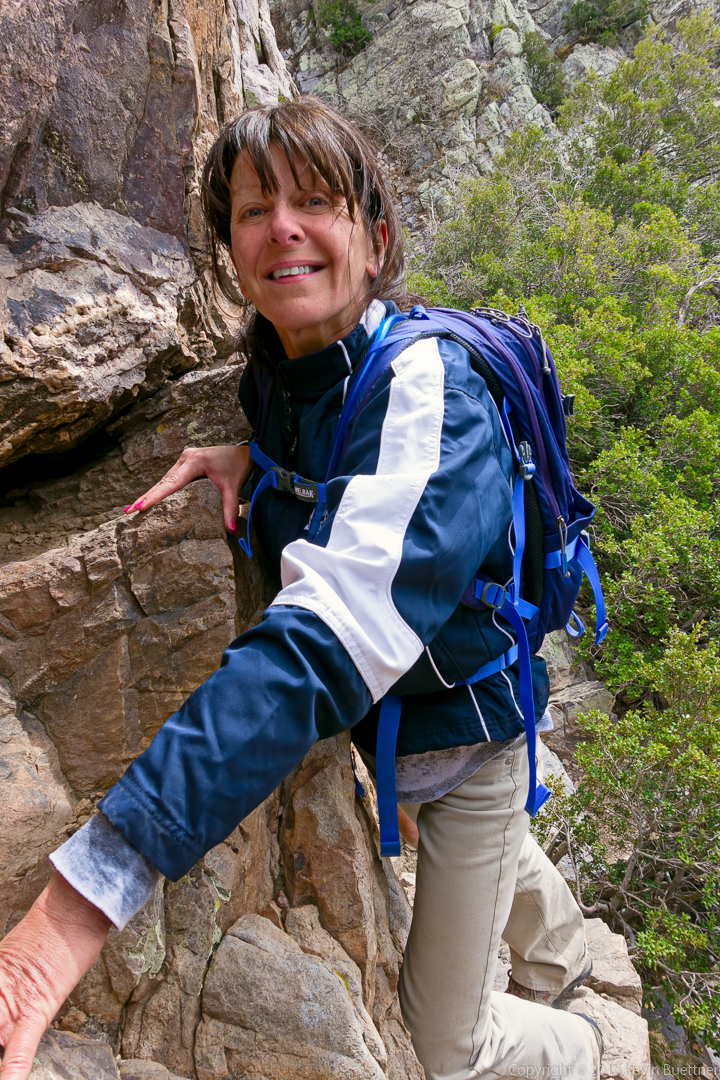 Another interesting view as we made our way down: 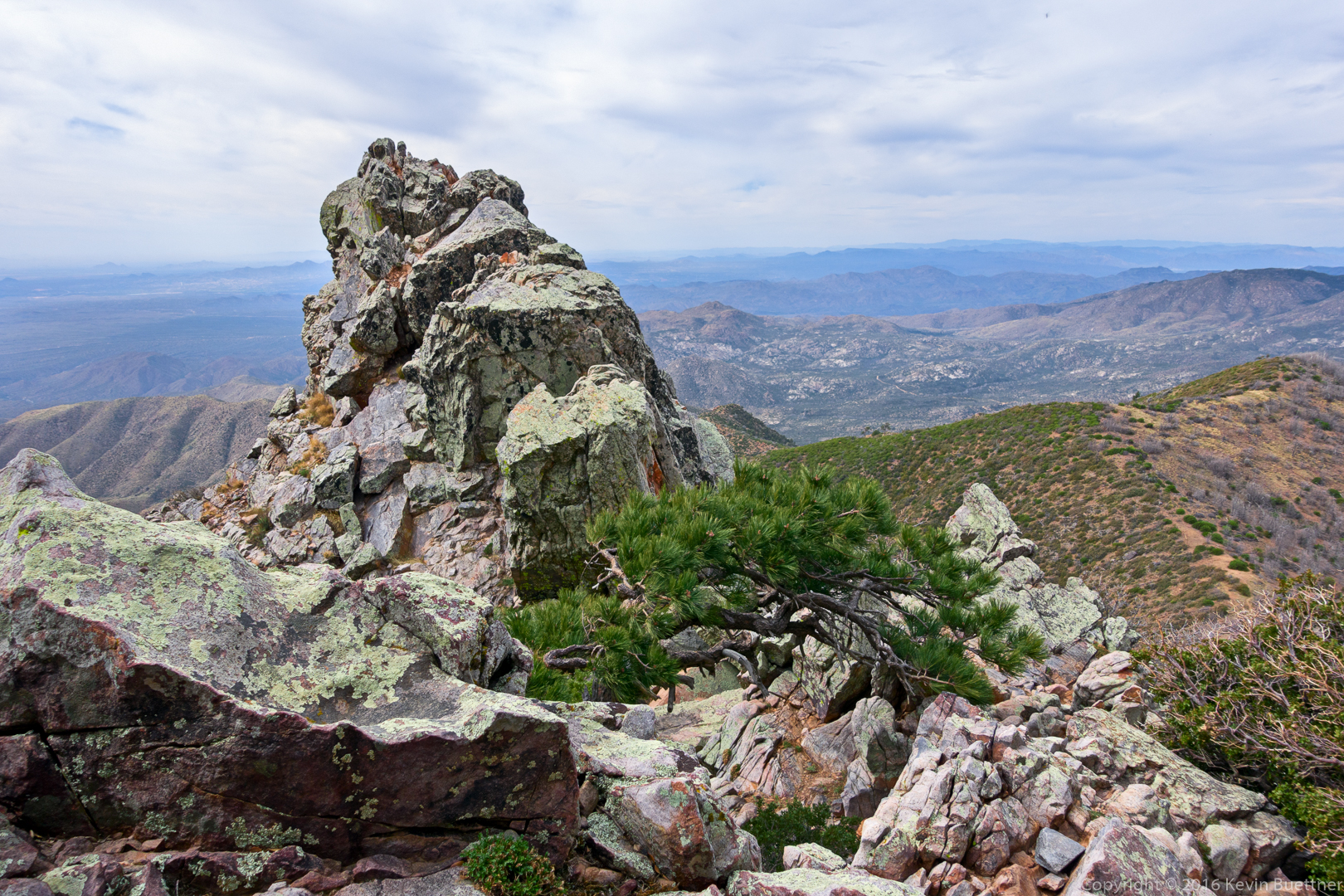 Views from the Amethyst Trail… 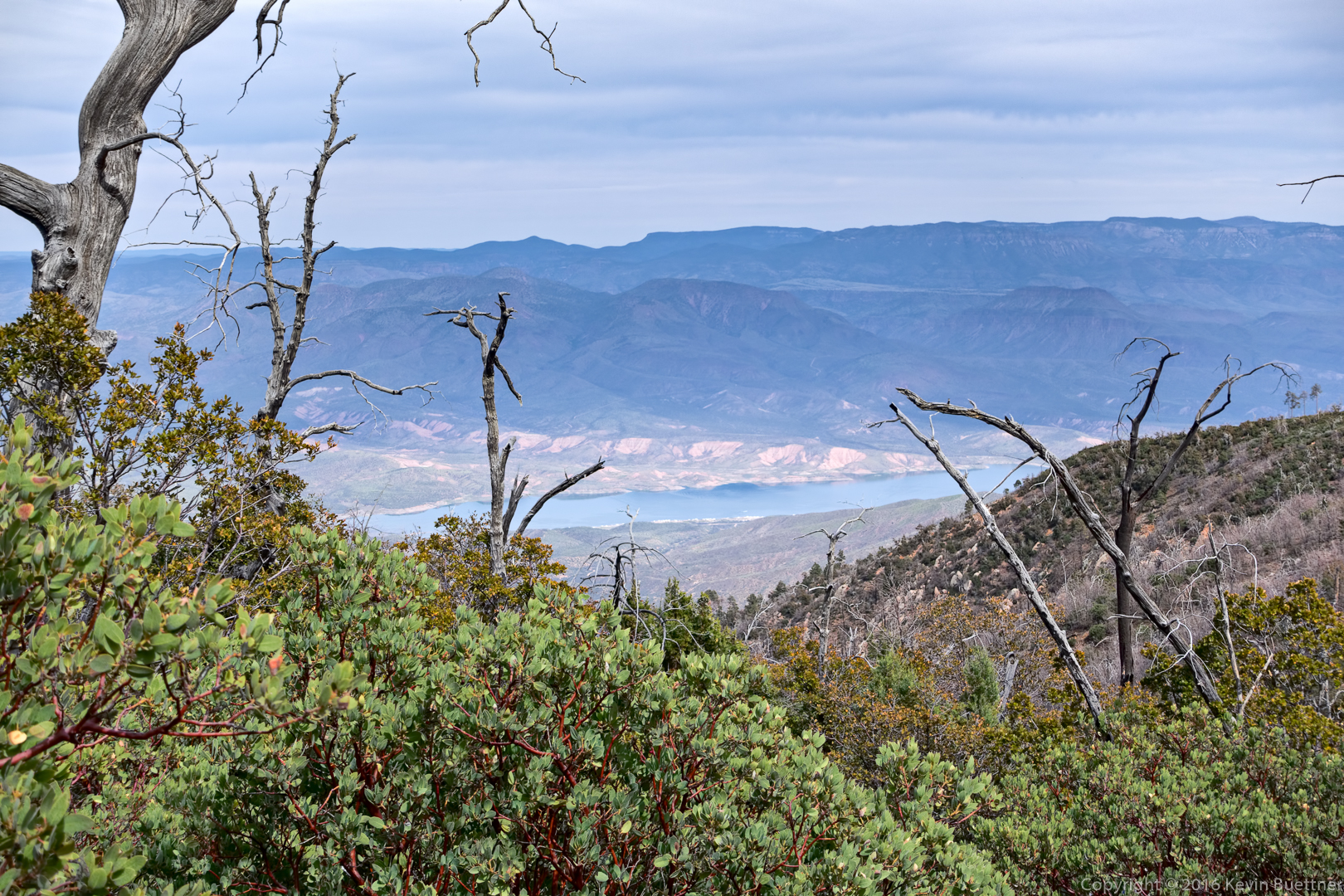 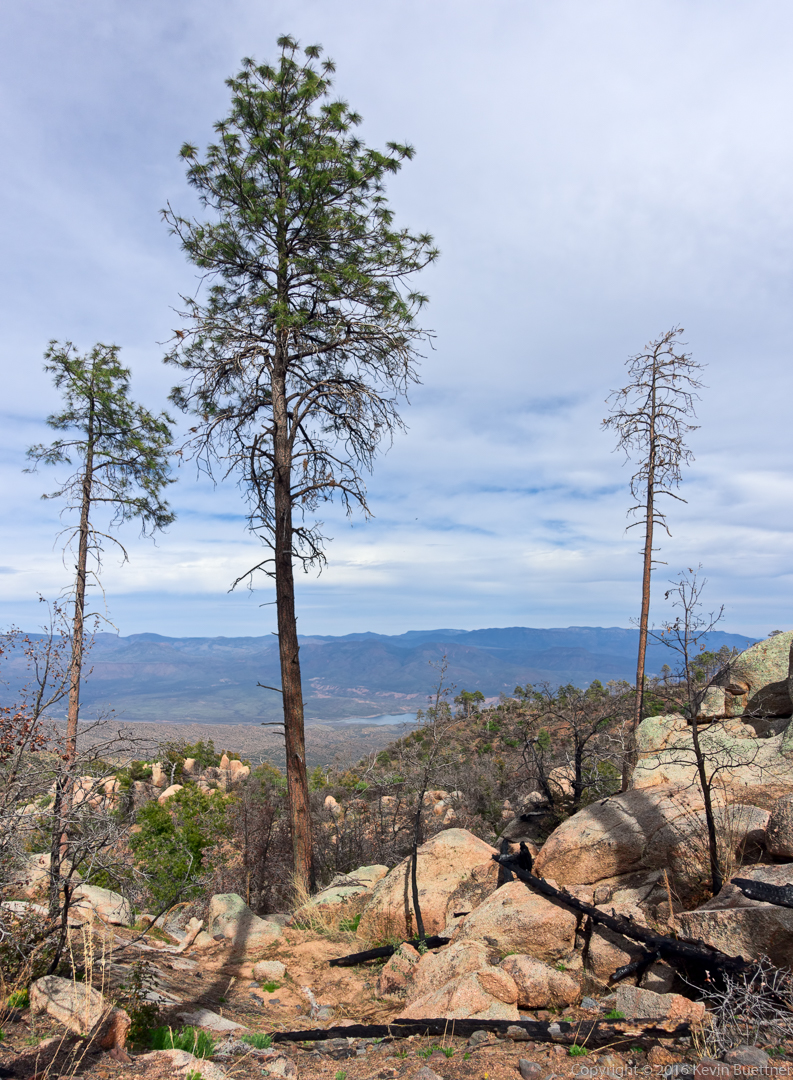 This is the Four Peaks Trail, at the end of the hike: 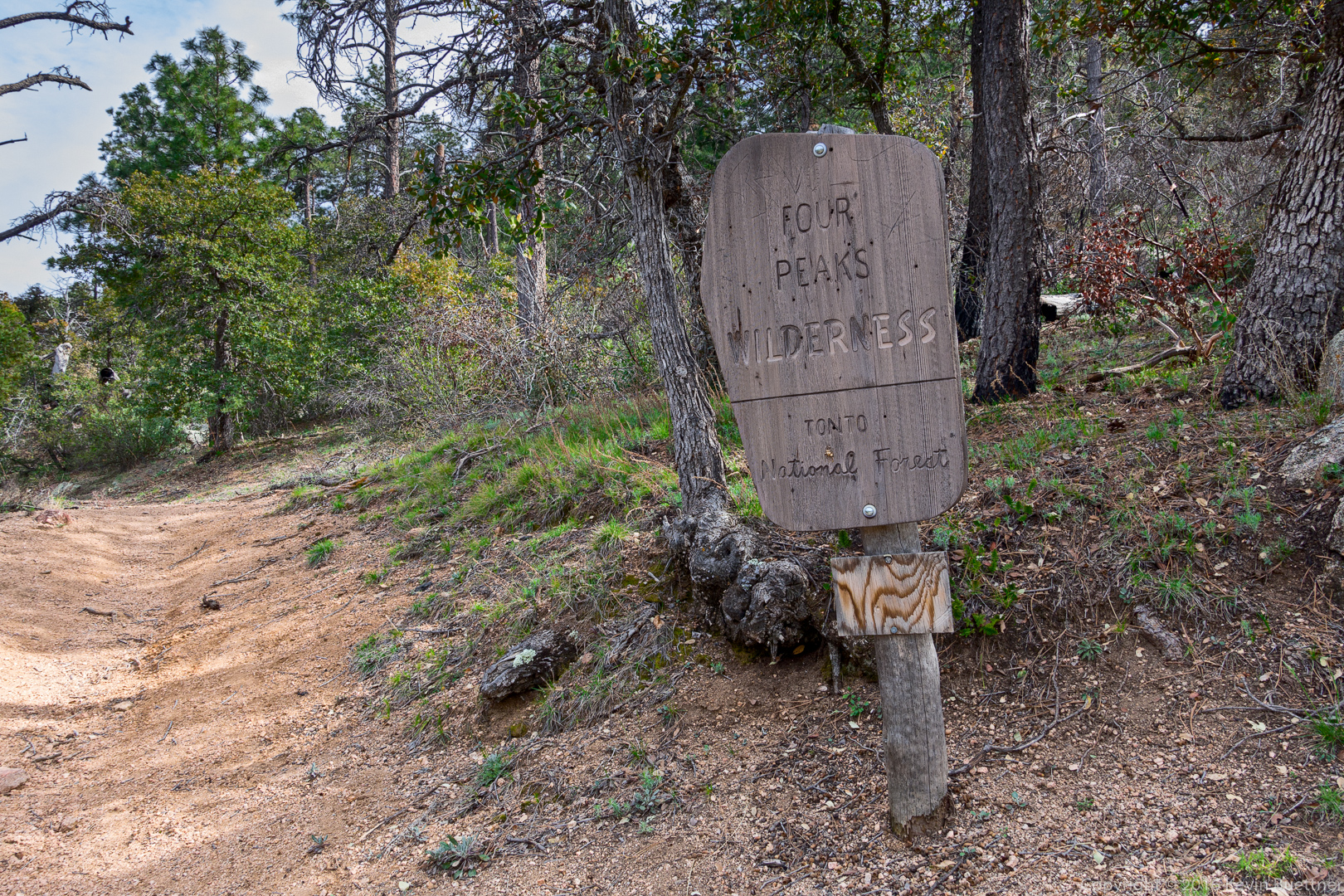