Nancy, Marilyn, and I hiked at the Spur Cross Ranch Conservation Area on Saturday, the 26th.  It was a cold and windy day; we had hoped to hike to the top of Skull Mesa, but we abandoned that plan and did a somewhat easier hike instead. We hiked the following trails for an 8.5 mile hike with 2200 feet of total ascent: Spur Cross, FS 48, unnamed wash / canyon, FS 48, TR 252 (Limestone), Elephant Mountain, Tortuga, Spur Cross.

An early view from the Spur Cross Trail: 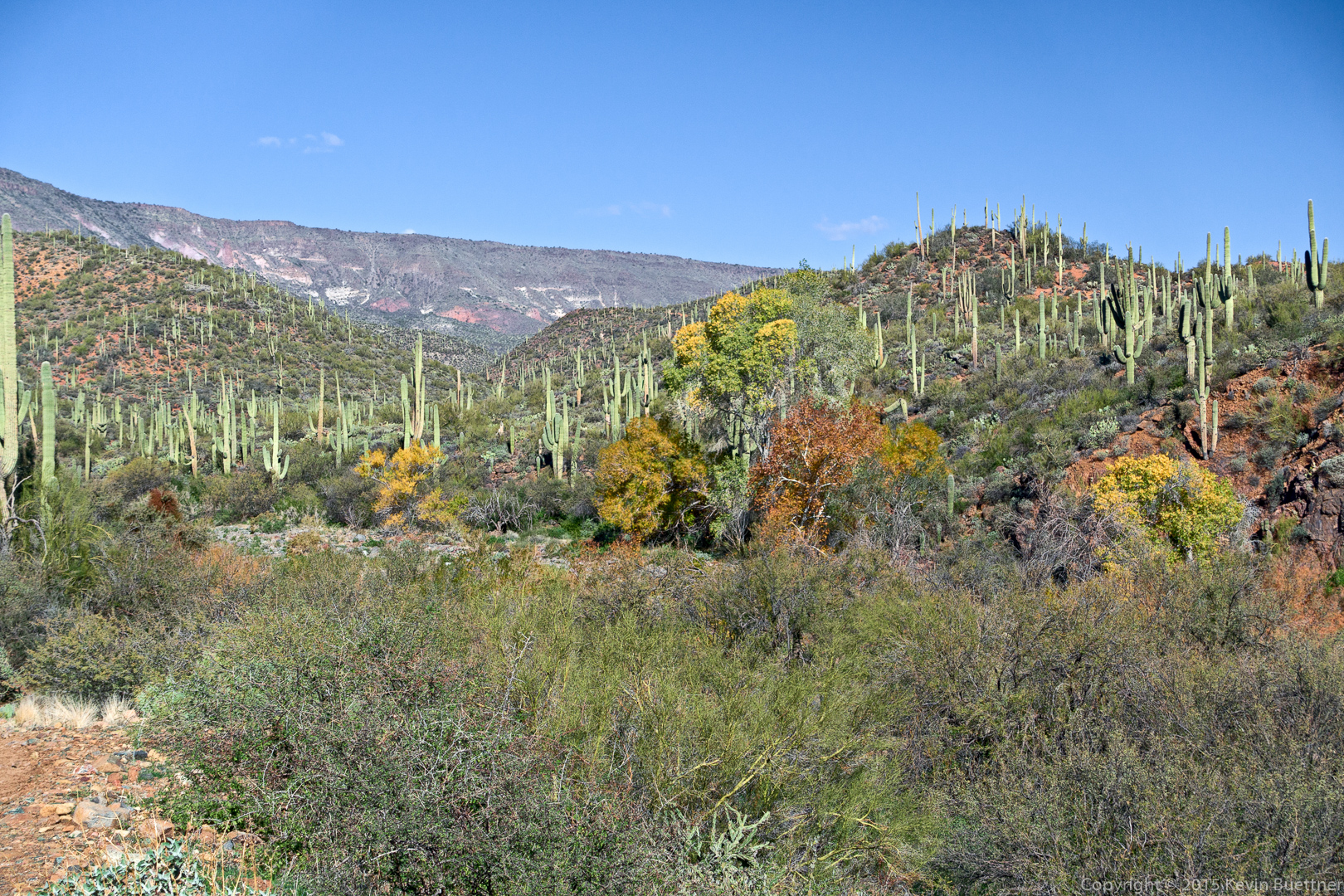 I think this is entrance to the wash / canyon.  We thought this might be TR 252 at first, but after a short ways in, it became clear that it was not.  We were happy to enter this canyon, however, as it was sheltered from the wind and allowed us to warm up. 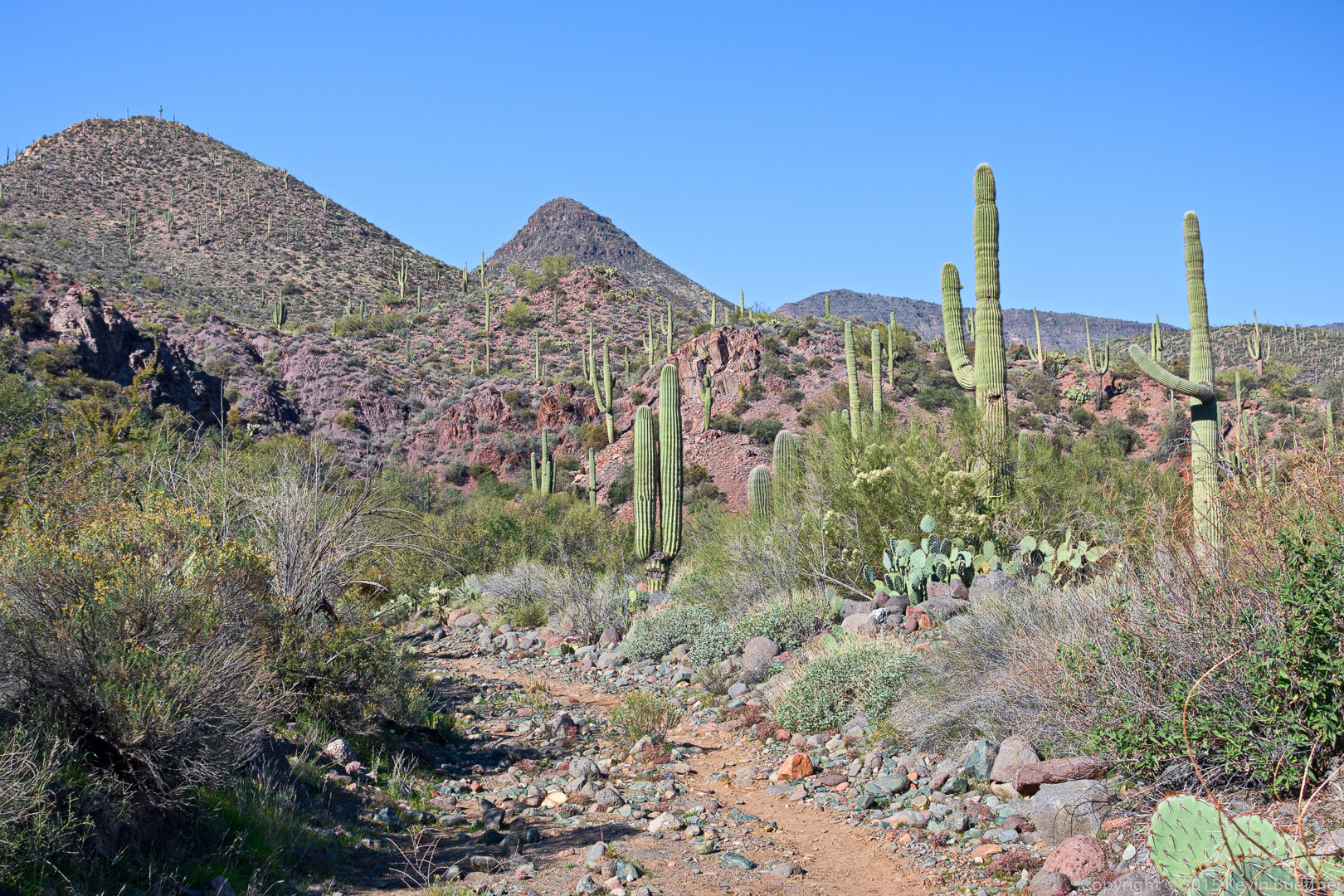 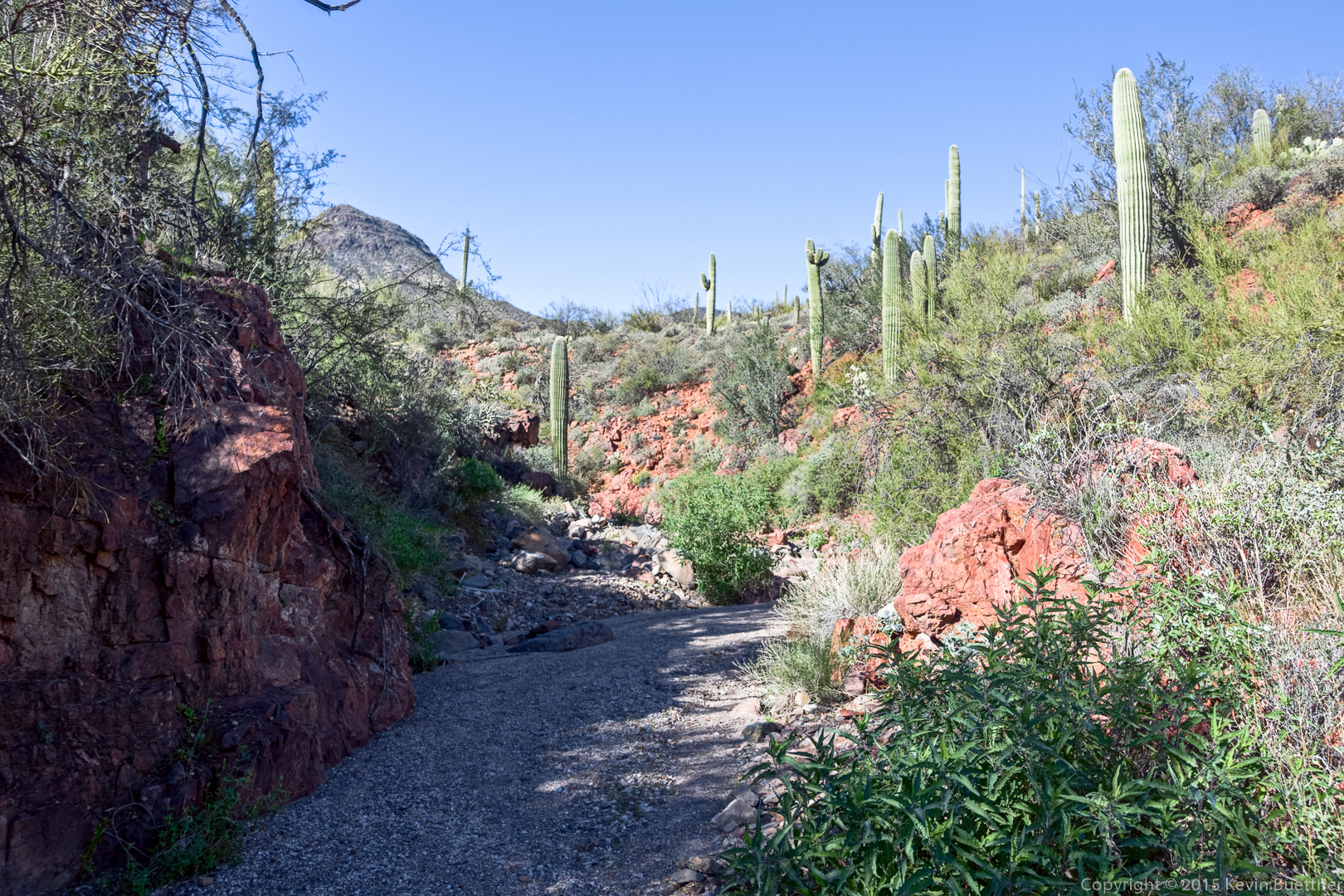 We even saw flowers growing on one of the walls of the wash. 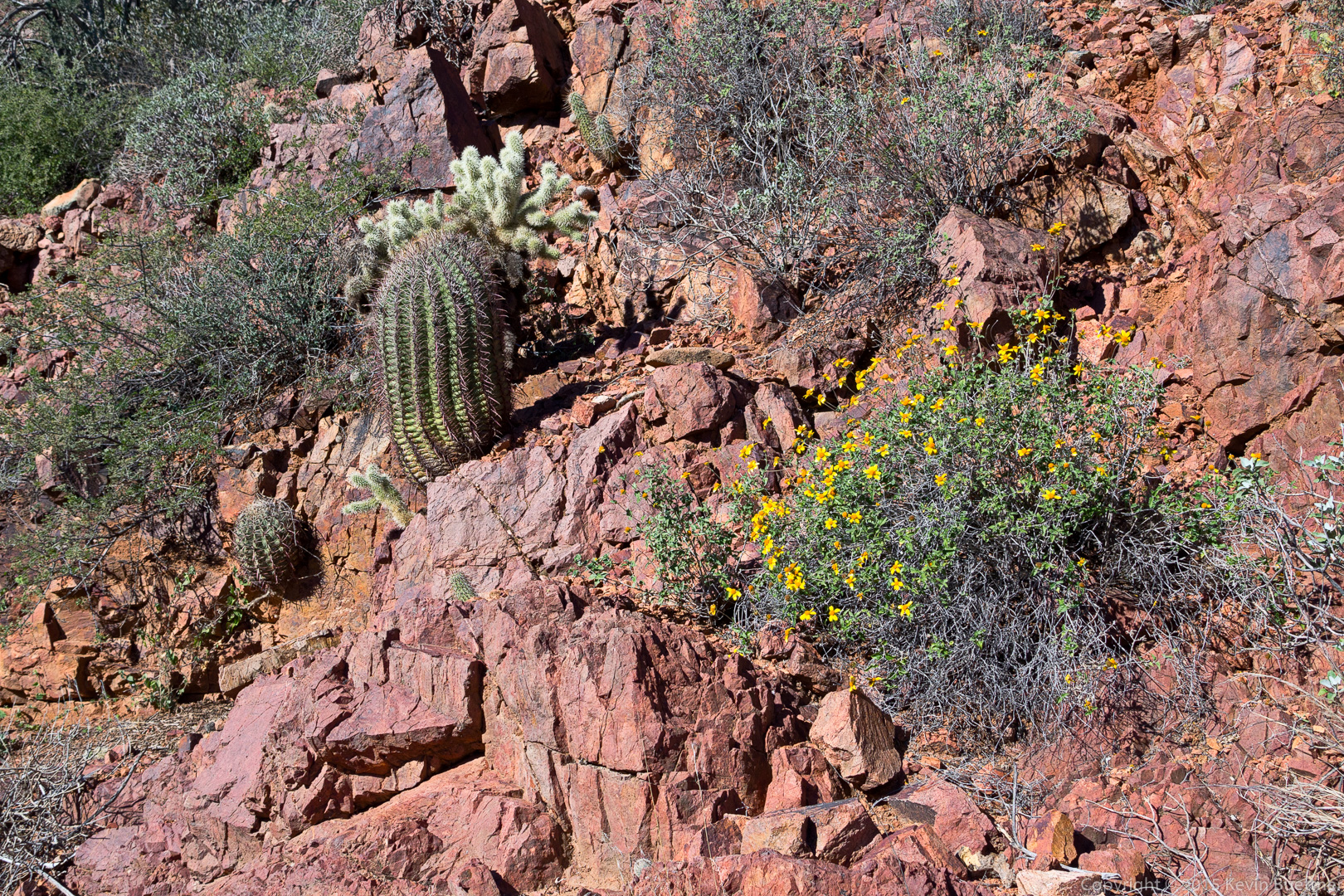 We retraced our steps and hiked further up FS 48 until we got to the corral.  We found TR 252 at the back of the corral.  The trail climbed steadily upward, passing the south side of Sugarloaf Mountain. This is a view from early in the hike after the trail turned eastward. 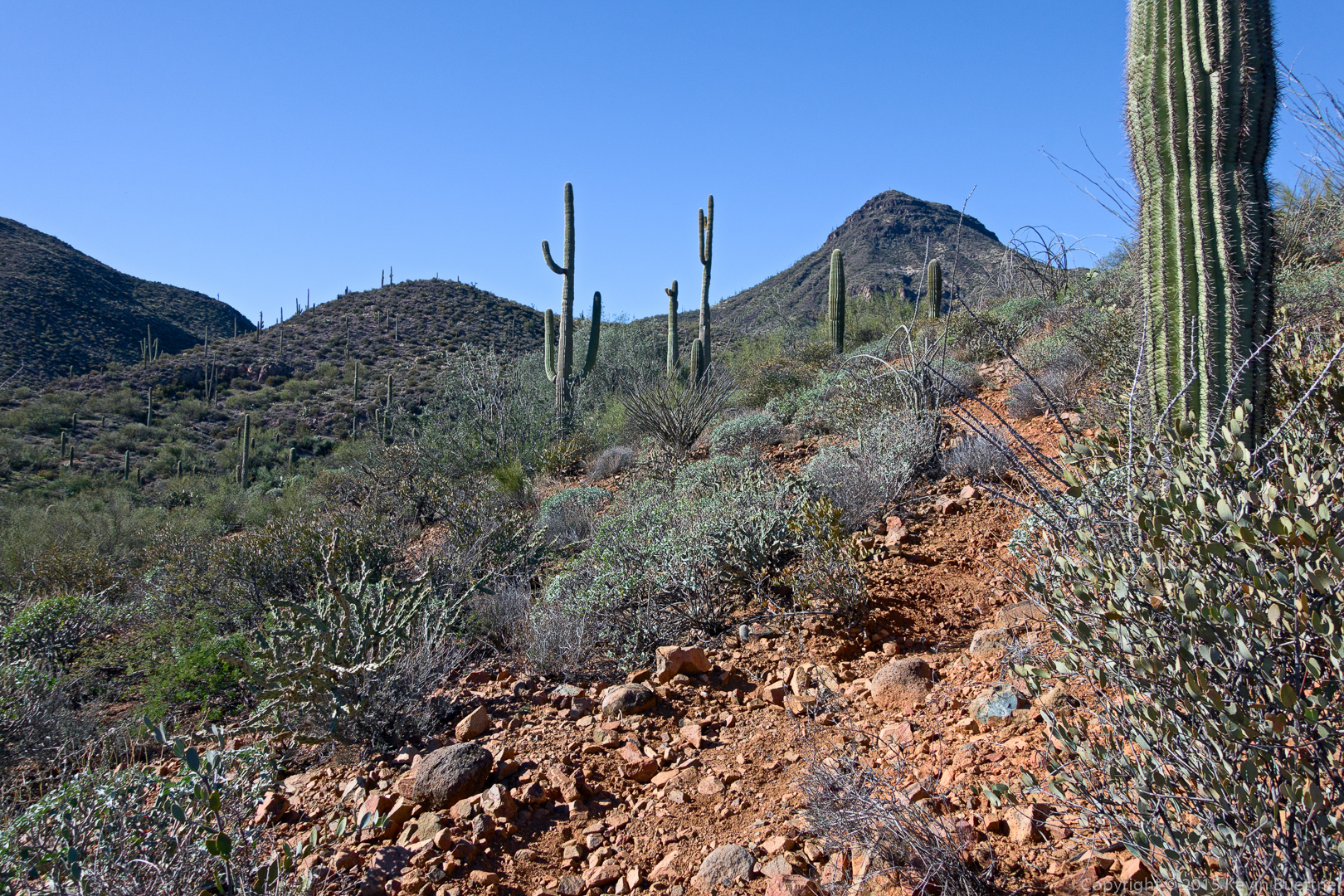 Another view of Sugarloaf Mountain: 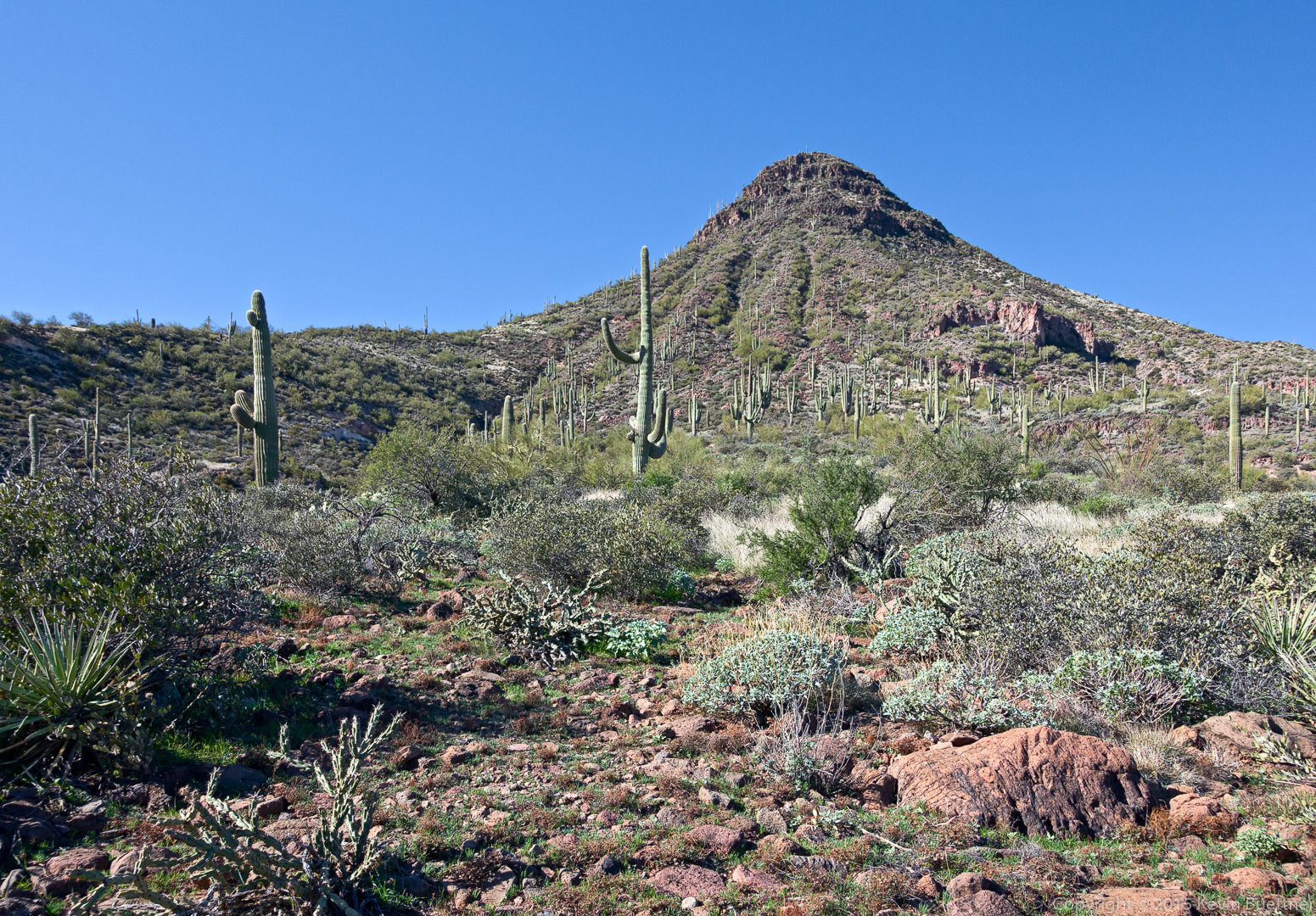 A view of Skull Mesa, which was our initial goal for the day. Given the conditions that day, we were happy that we chose this easier hike instead. (It was still fairly challenging.) 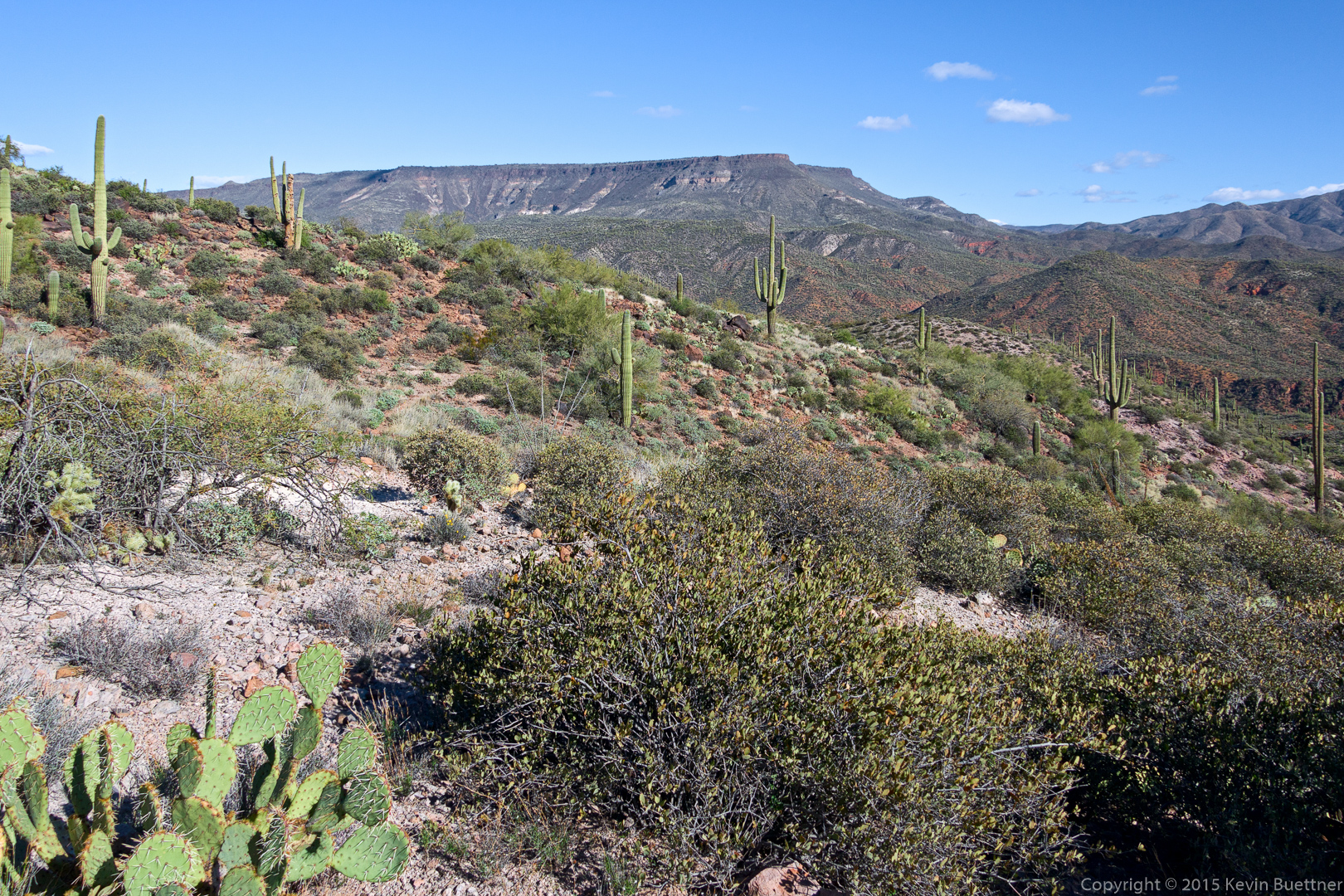 Marilyn and Nancy at a gate in the fence.  We’re near the high point on TR 252 here.  It was especially windy and cold at this point.  Both Marilyn and Nancy were eager for me to finish my photography so that we could proceed. 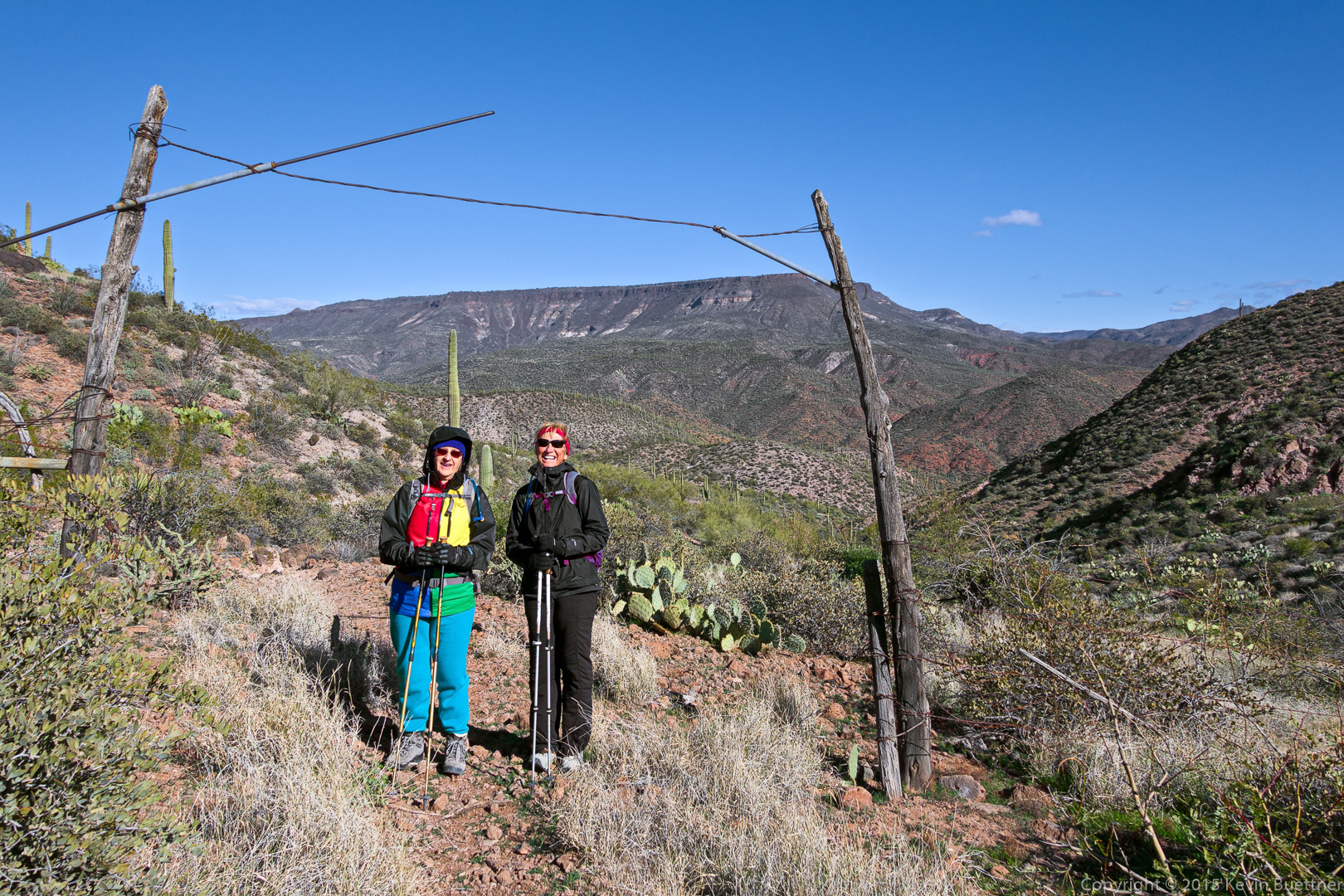 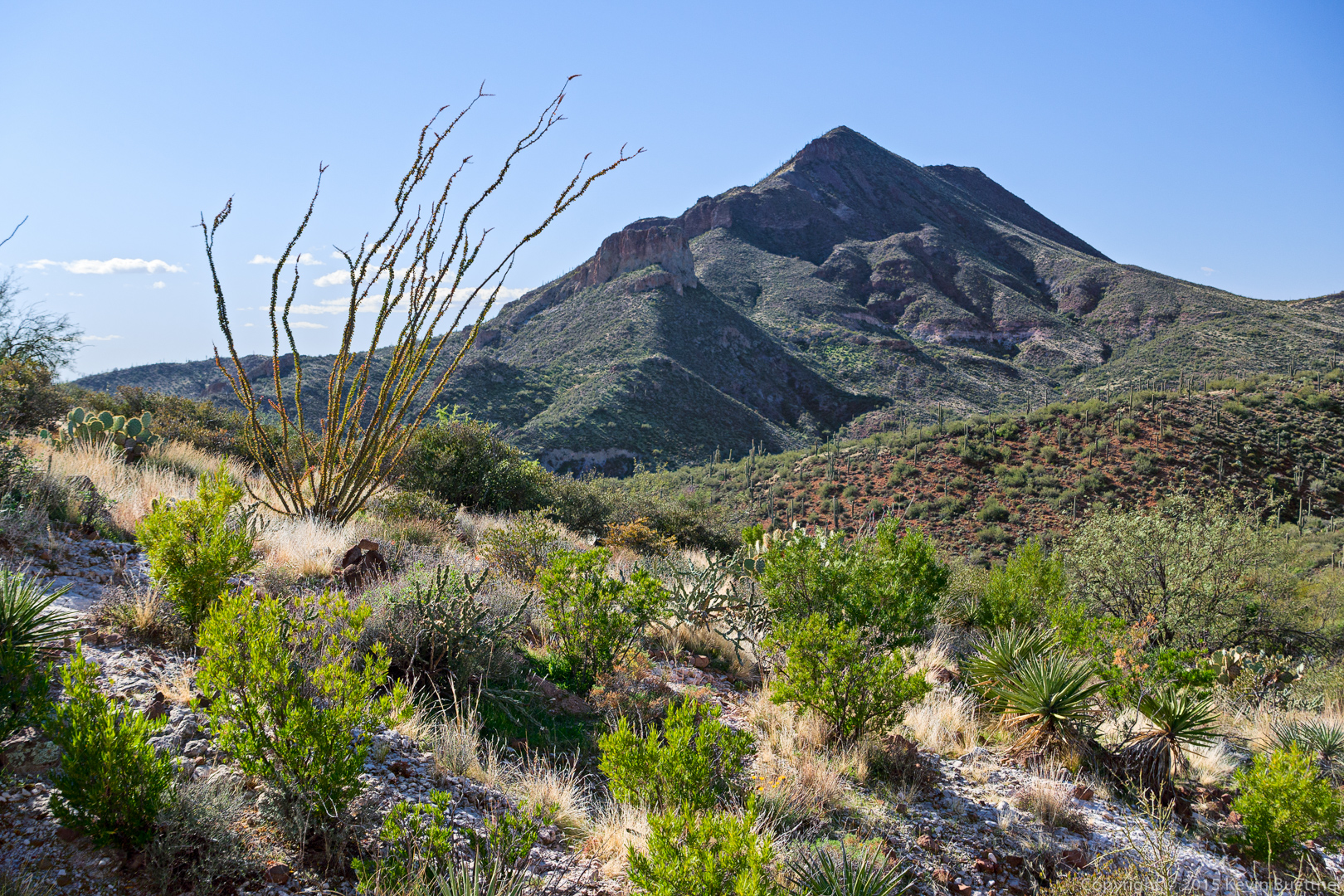 There were some interesting cairns / trail markers along the Limestone Trail (TR 252).  We could have shortened our hike by following the arrow back to Spur Cross, but I wanted to proceed onward towards Rondo Spring. 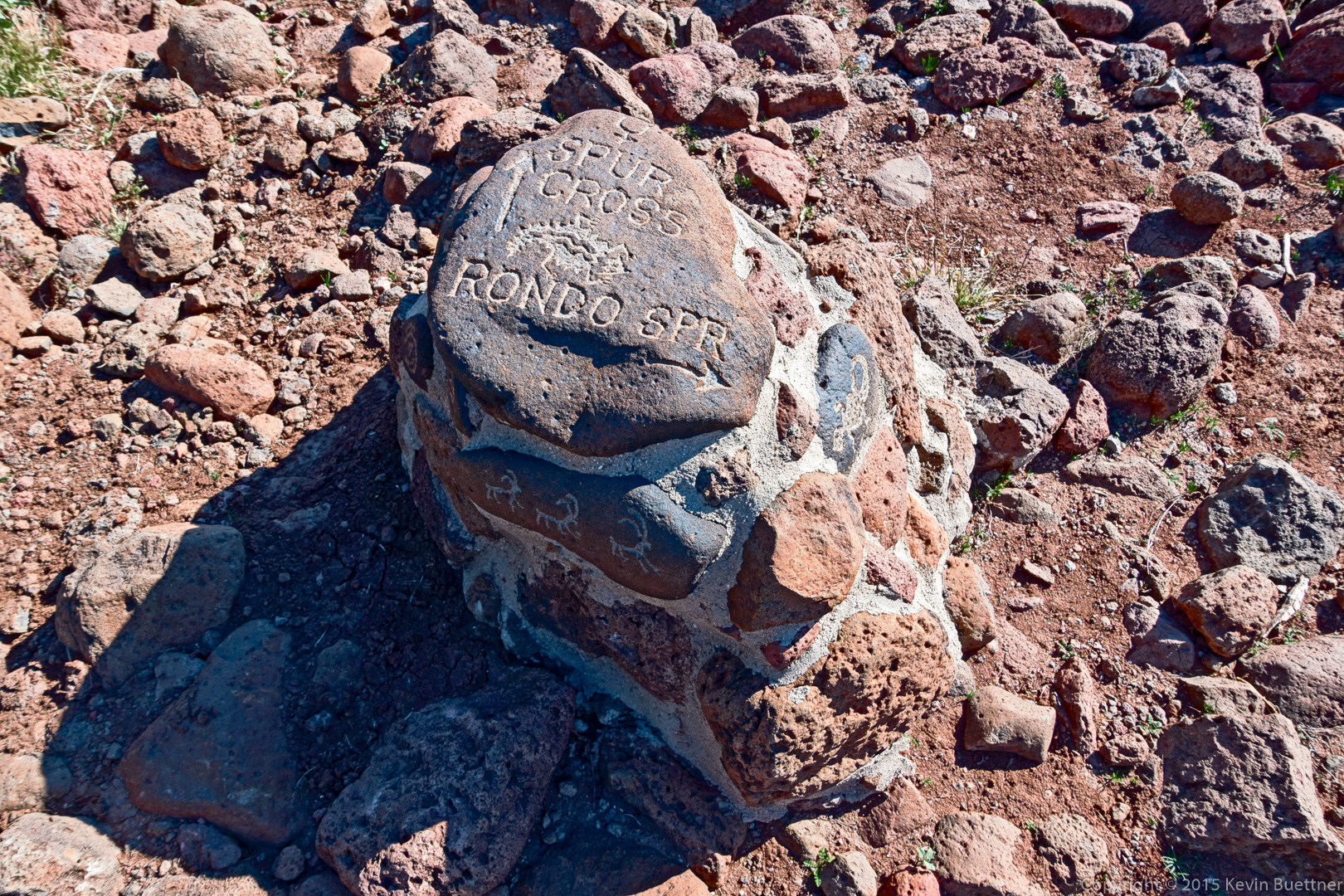 Another trail marker on TR 252: 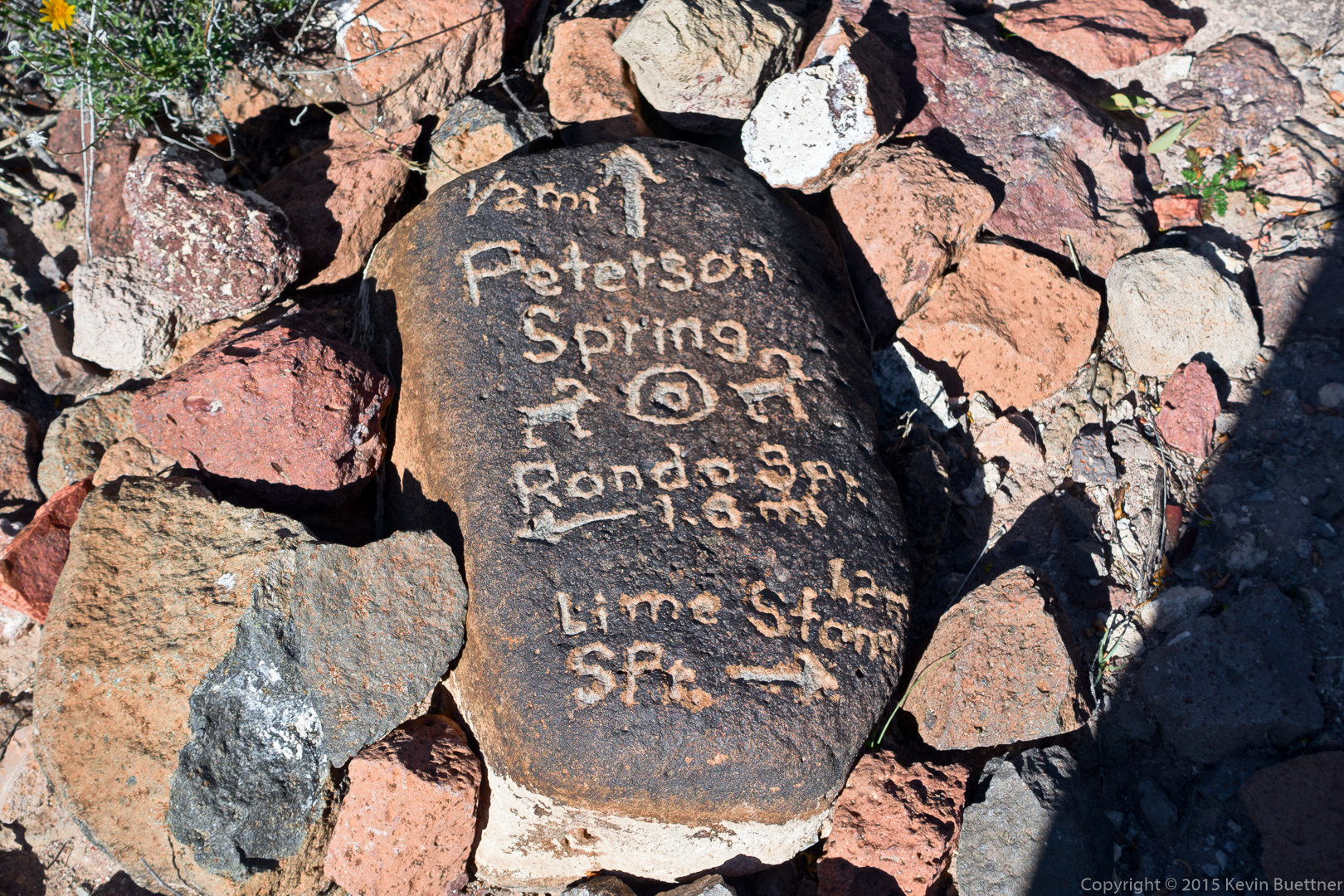 The crossed several substantial washes and then proceeded upward.  Route finding became somewhat more difficult; at one point, I thought we had gone too far and had missed the trail back into the park (from the Tonto National Forest), but we still had further to go. In this photo, below, Nancy and Marilyn make their way up from the trail from one of several wash crossings. 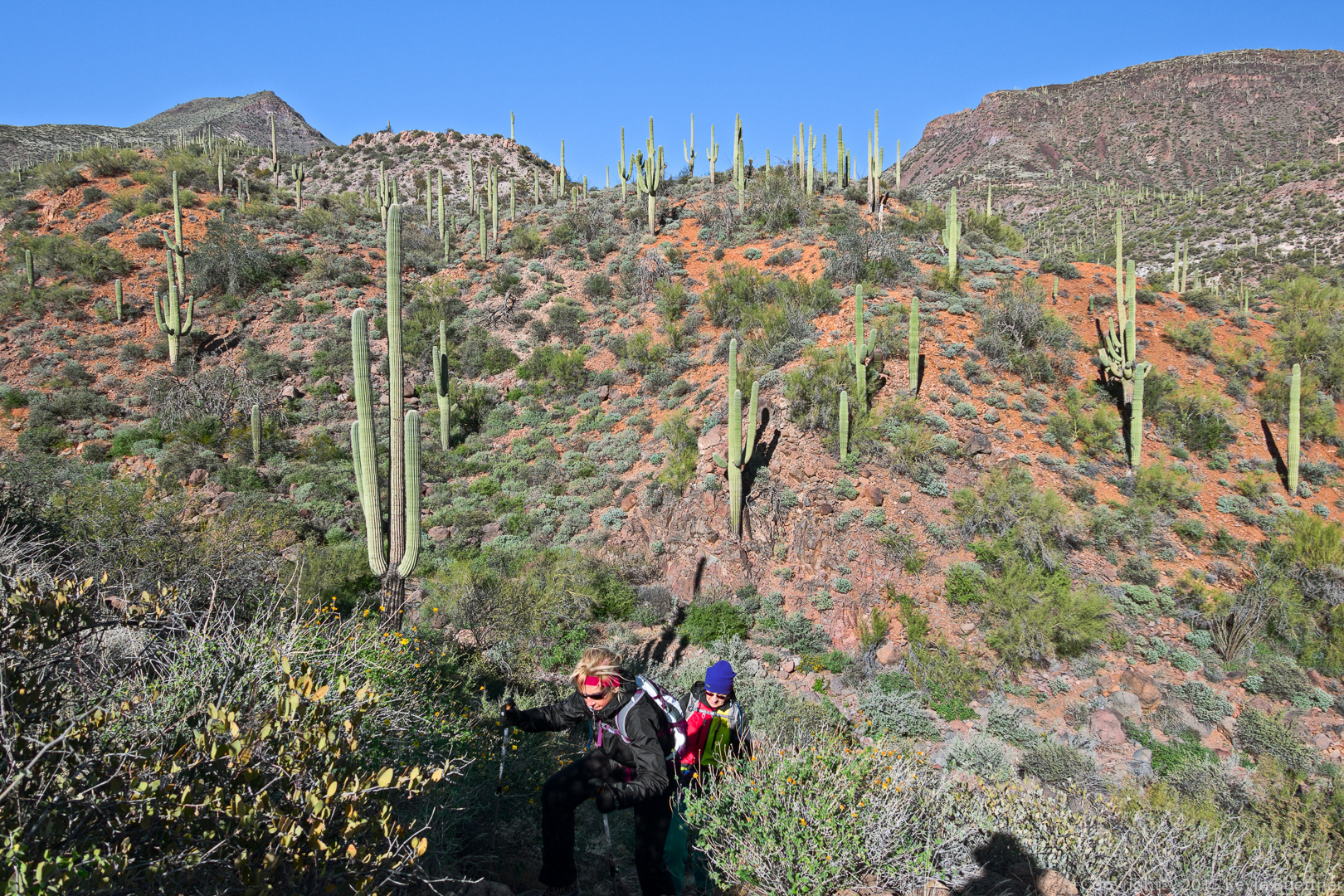 I think this is a look back at Sugarloaf Mountain. When we hiked to Black Mesa last year, we thought we’d summit on that formation, but we were mistaken. Black Mesa is mostly out of the frame to the left. 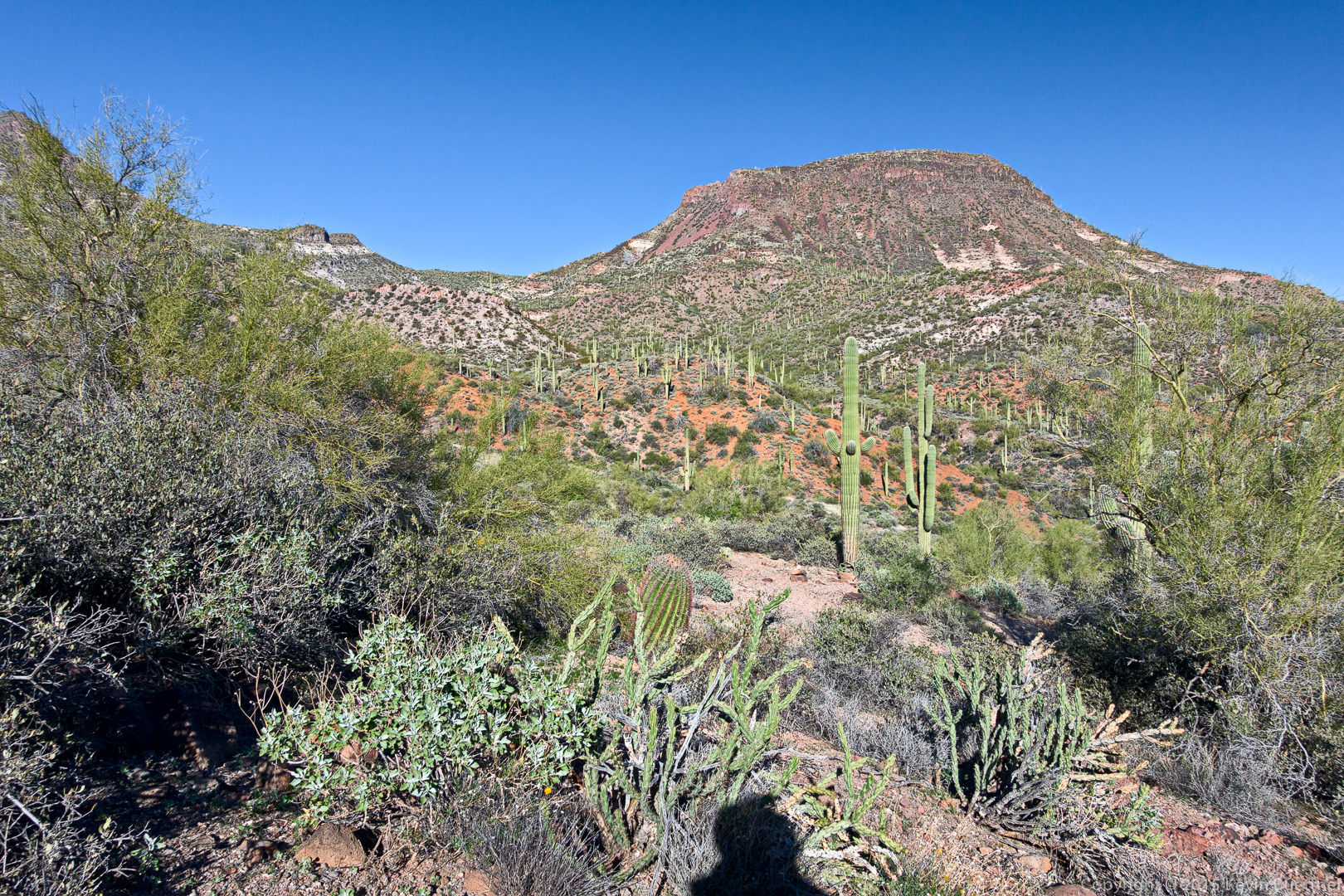