On the last day of our vacation in Utah, we hiked out to Jeep Arch.

The hike starts by walking through a large culvert which passes beneath some railroad tracks. 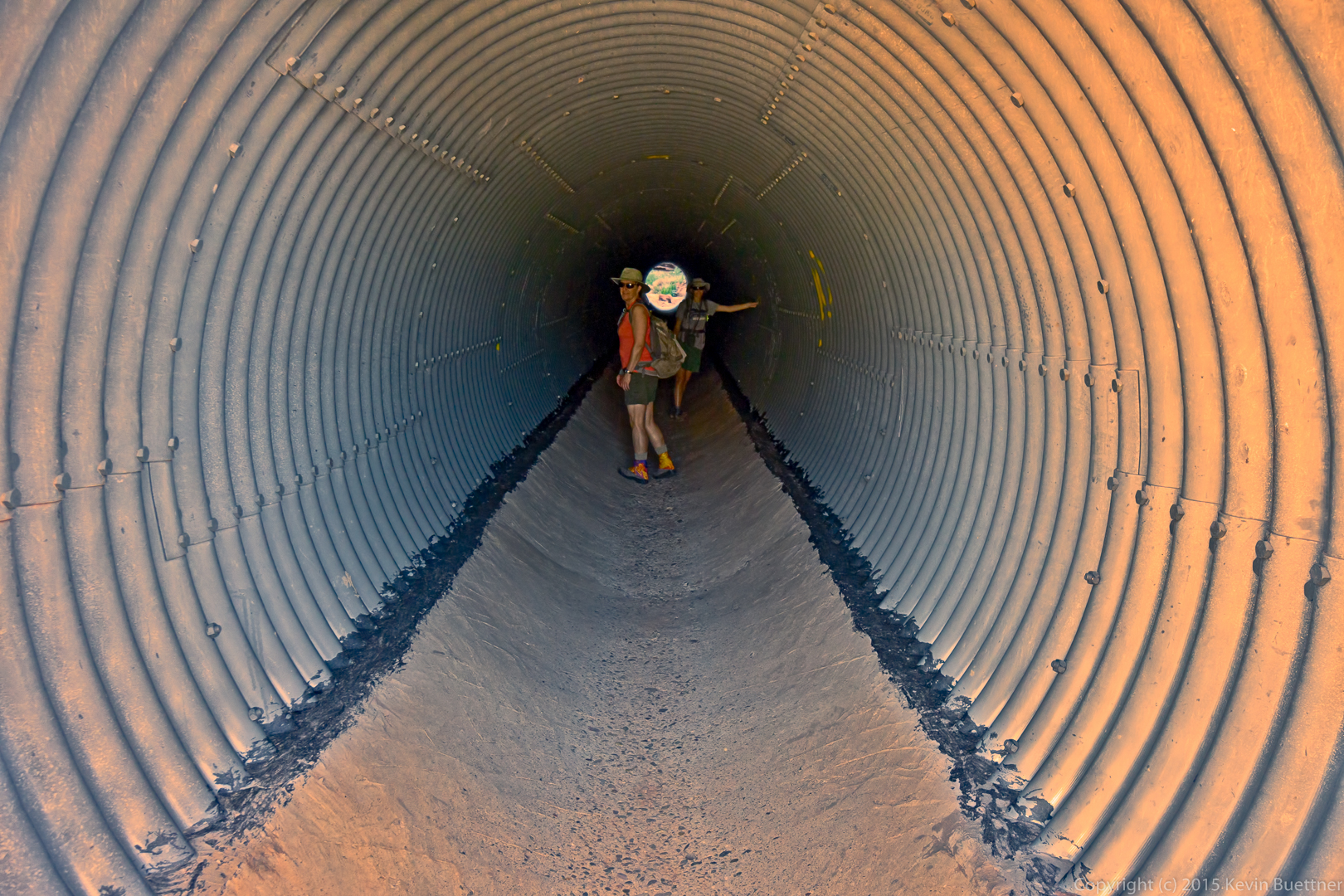 Our guidebook seemed to indicate that we should hike up the creek. So that’s what we started with. 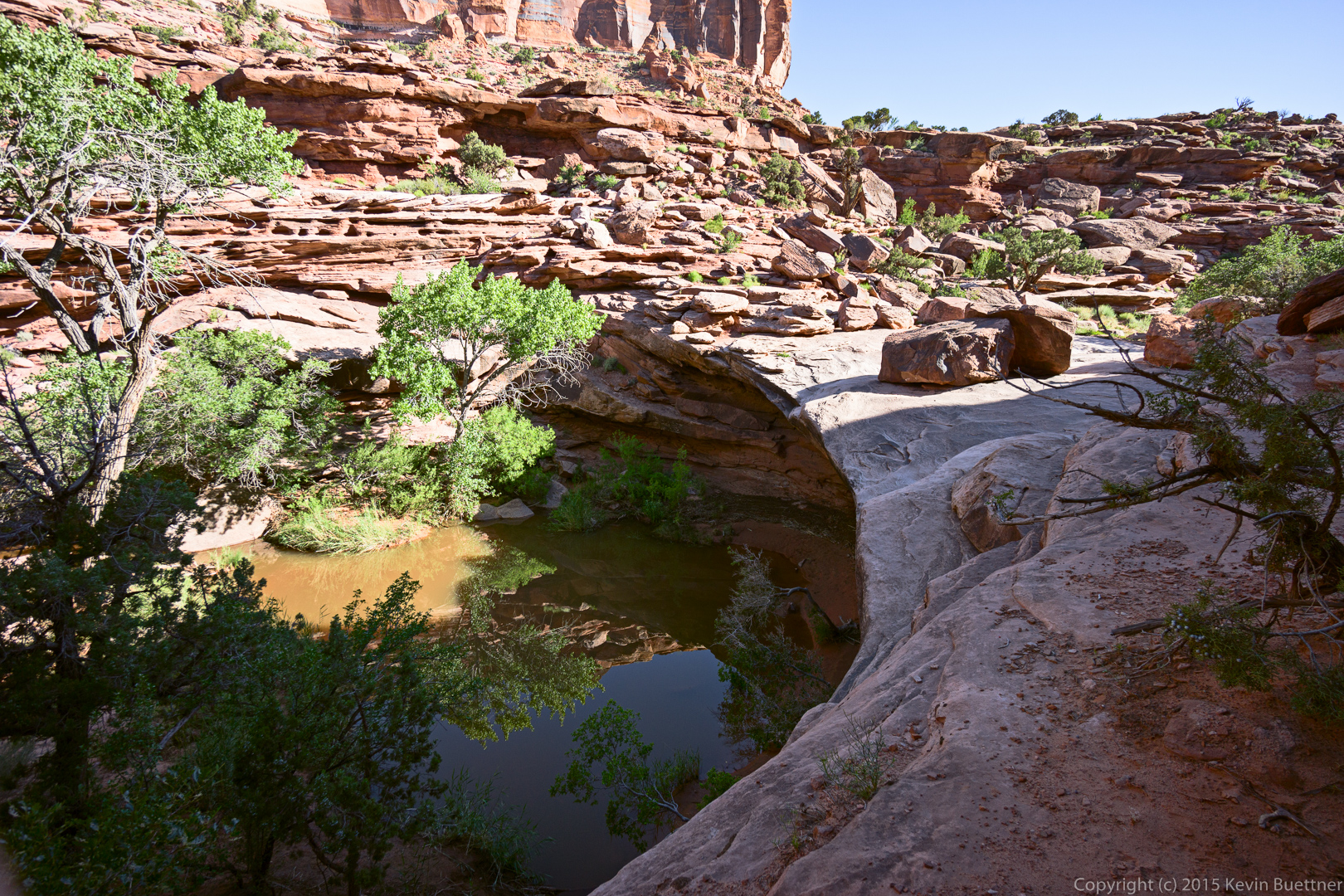 There was a lot of water and some bugs too… 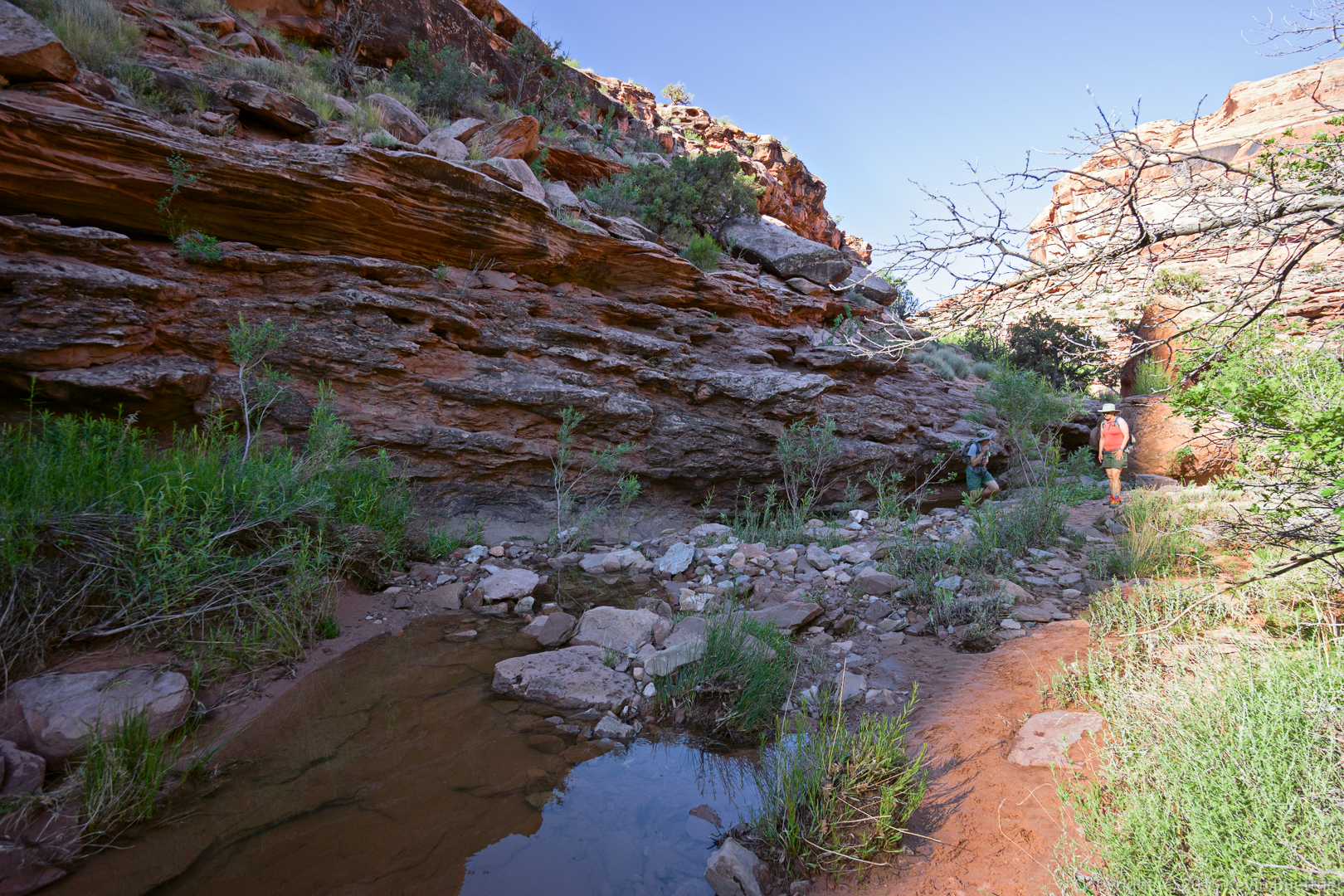 …so we turned around and hiked up the hill near the culvert where we came in. 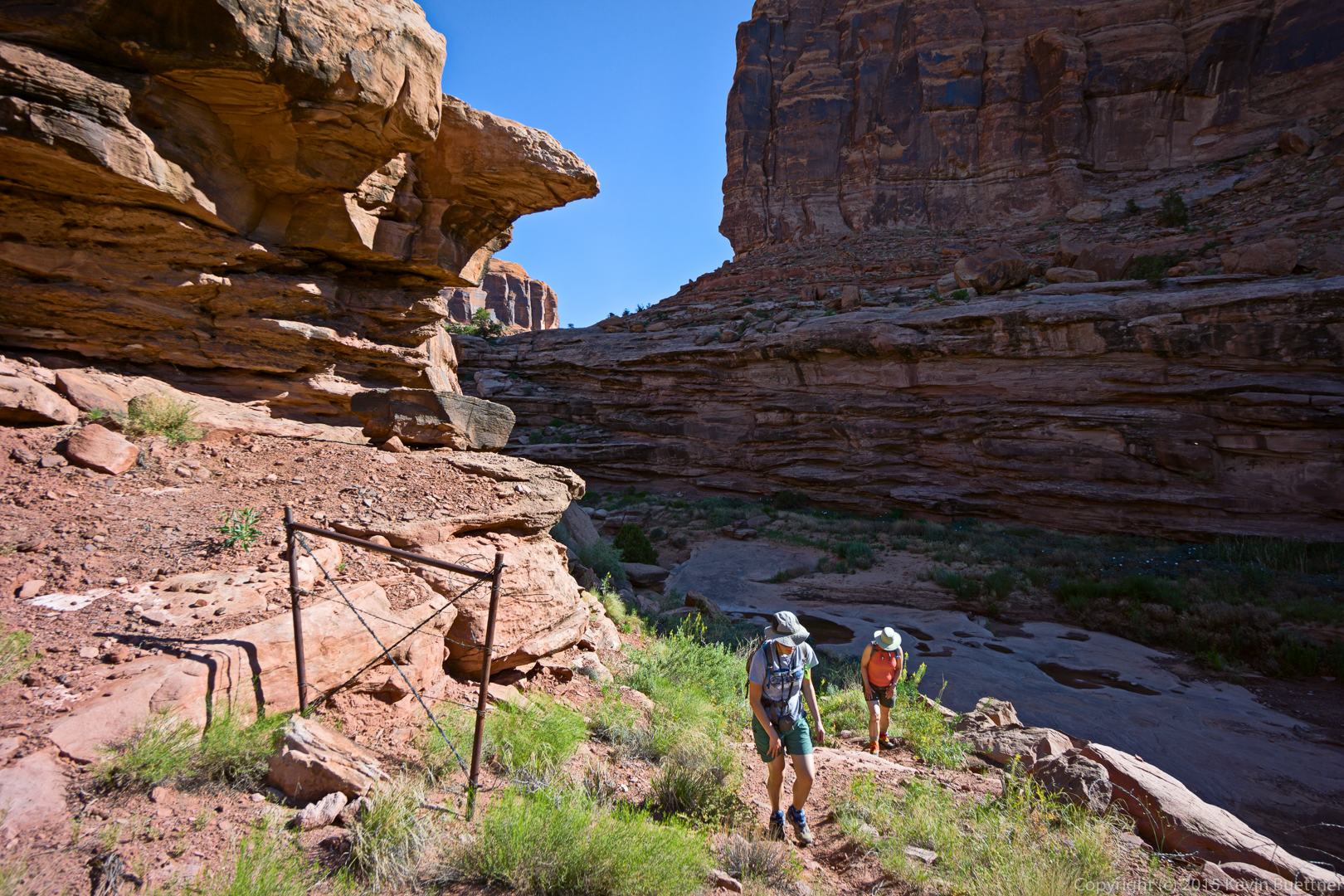 This put us on a shelf of slickrock well above the creek / canyon.  Marilyn and Marie can be seen making their way up the slickrock in the photo below. 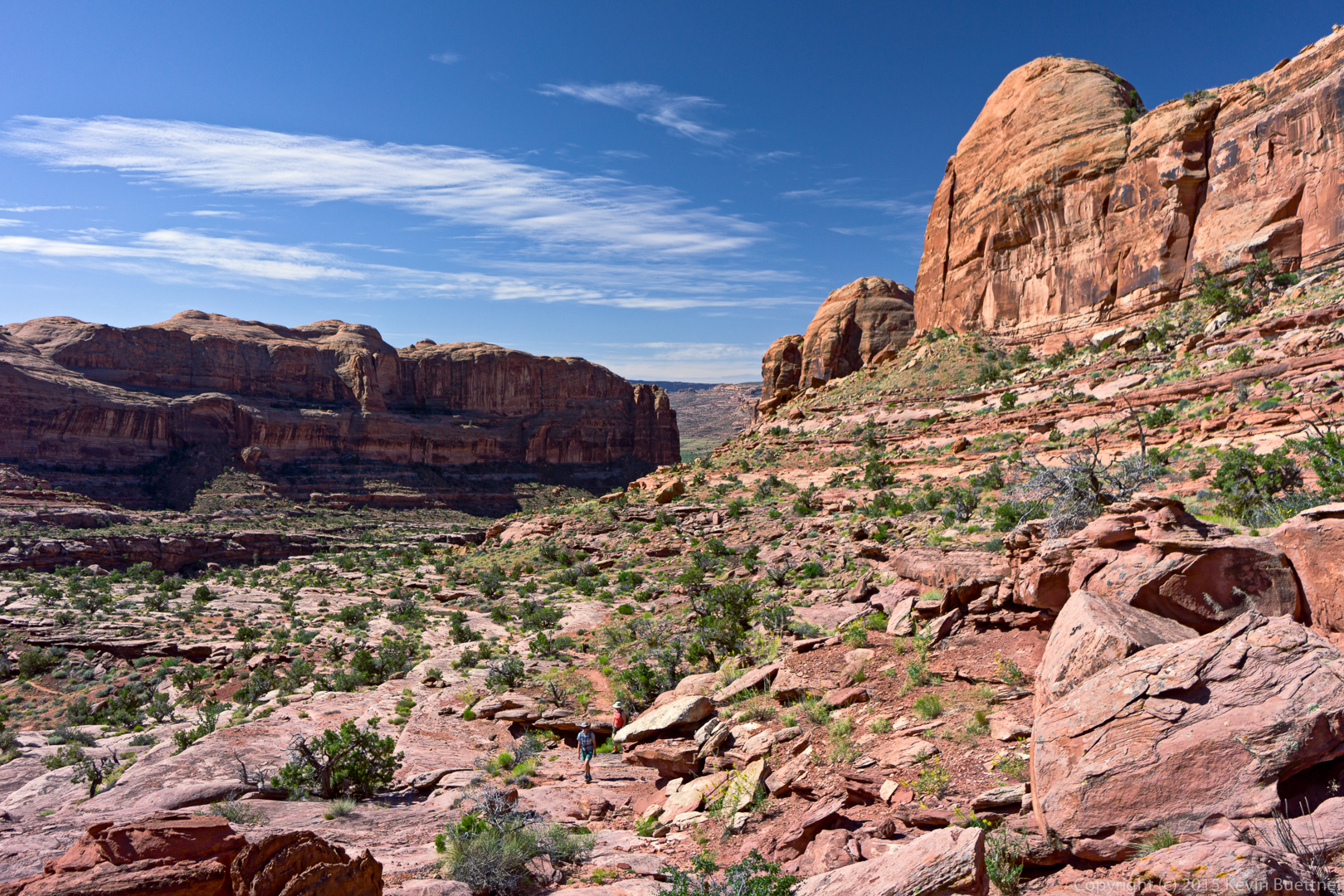 Marilyn and Marie turned back at about the time we could see this spire. 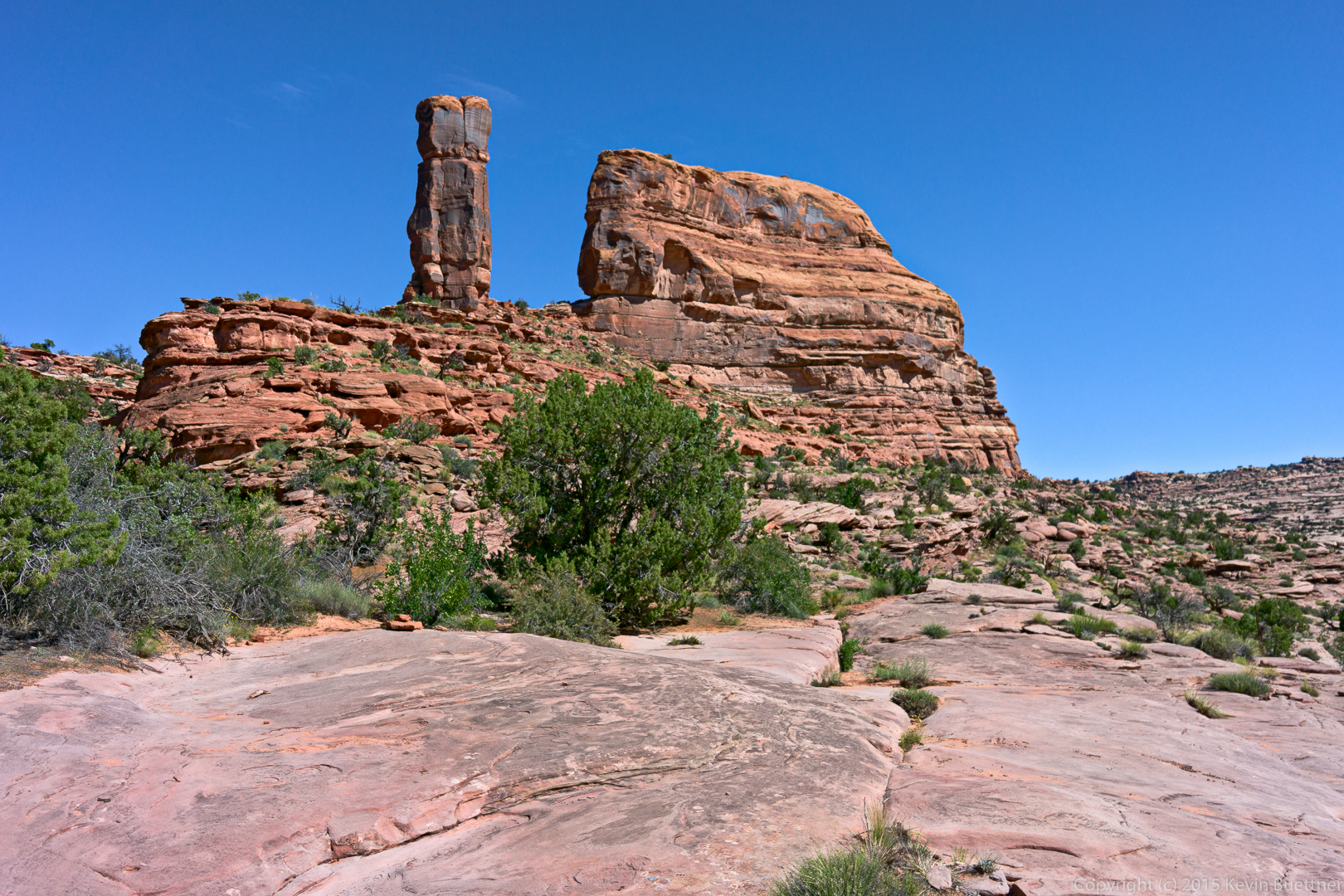 (If you look closely, you can see them hiking back in the photo below.) 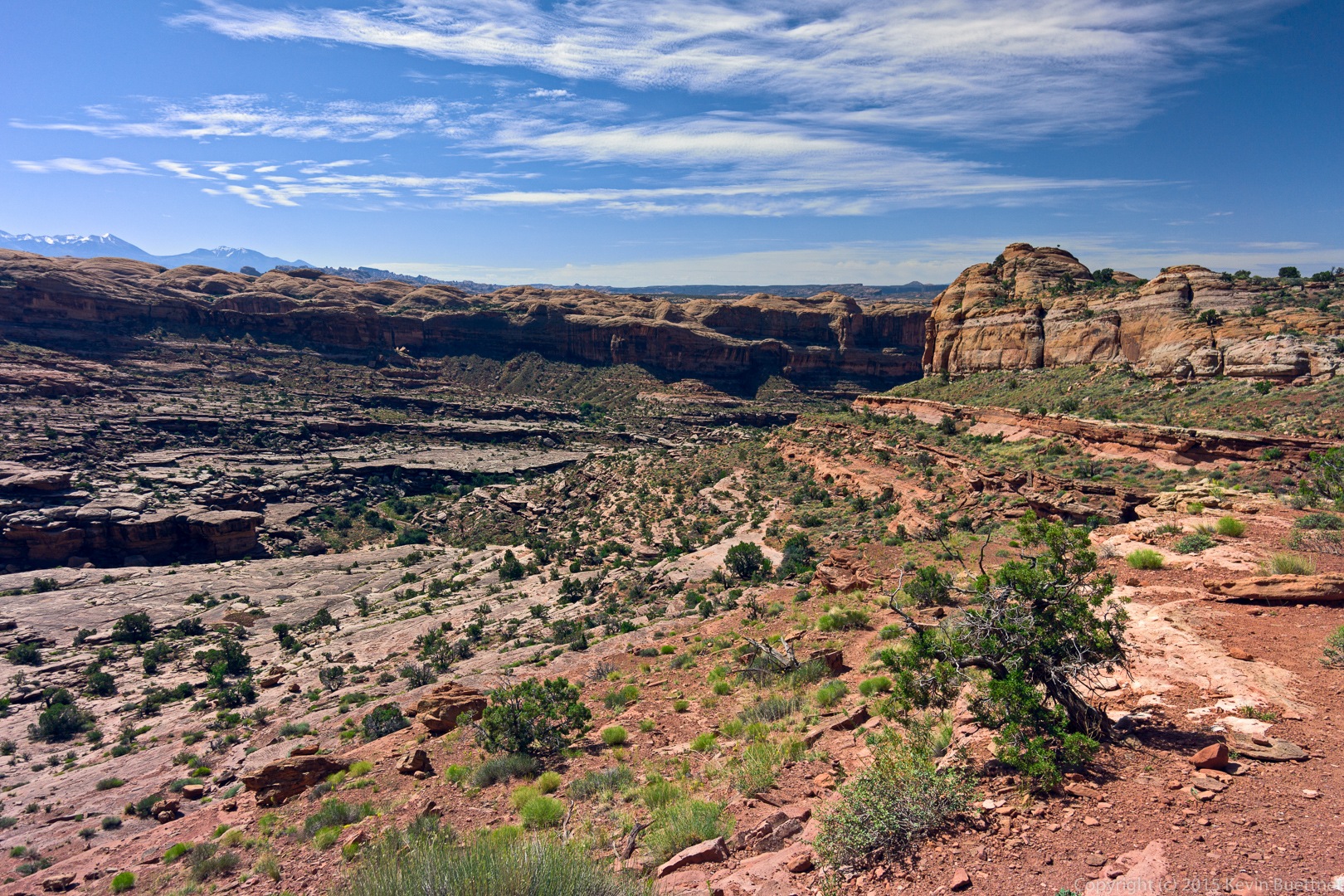 Two more views of the spire: 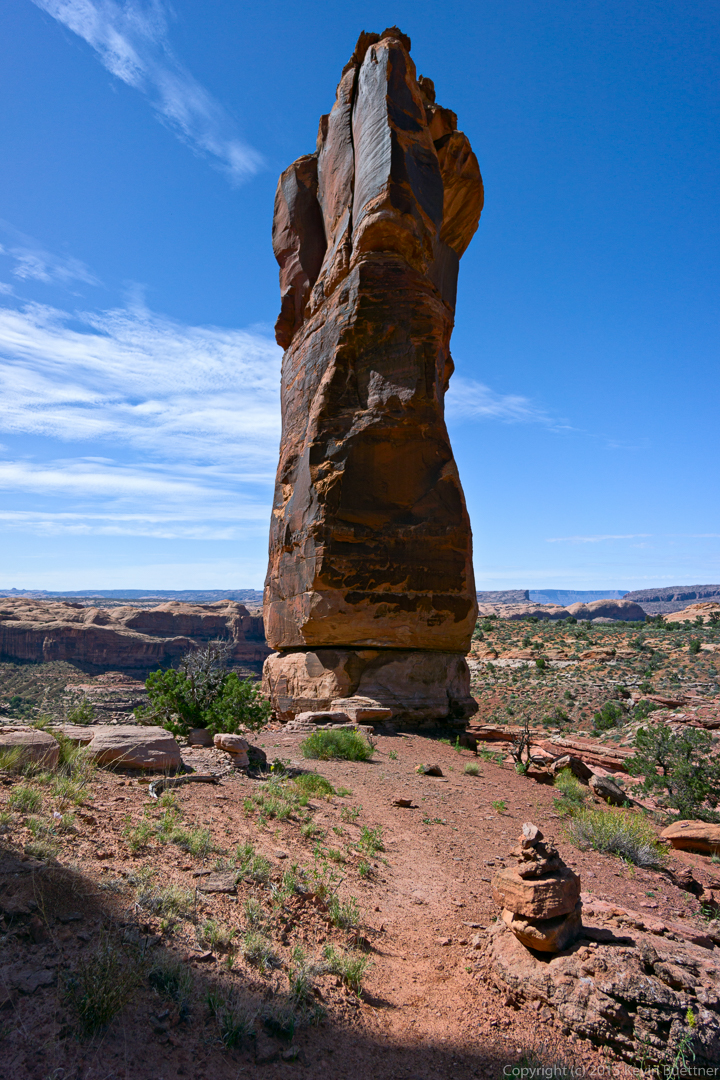 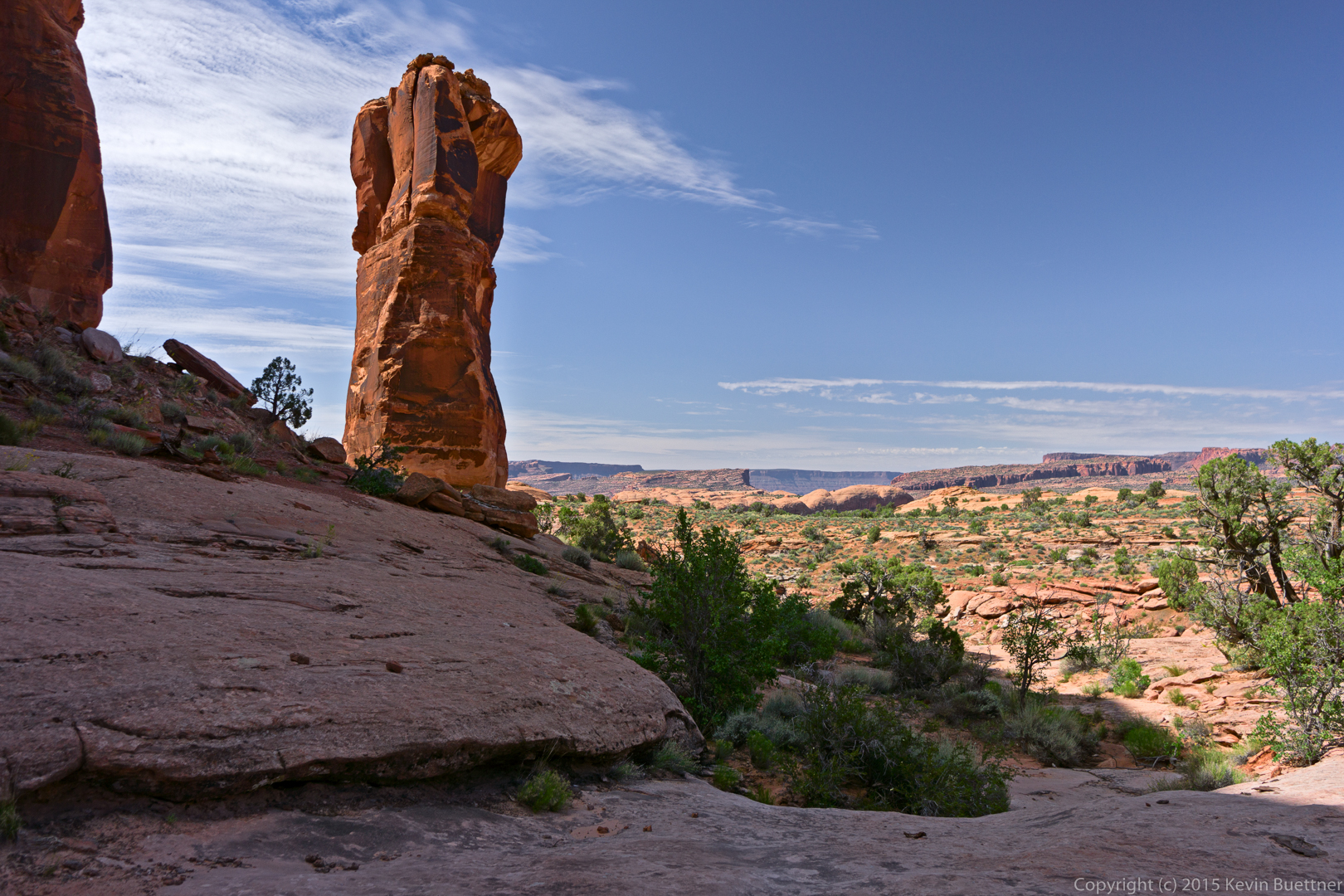 A short while later, I got my first view of Jeep Arch. 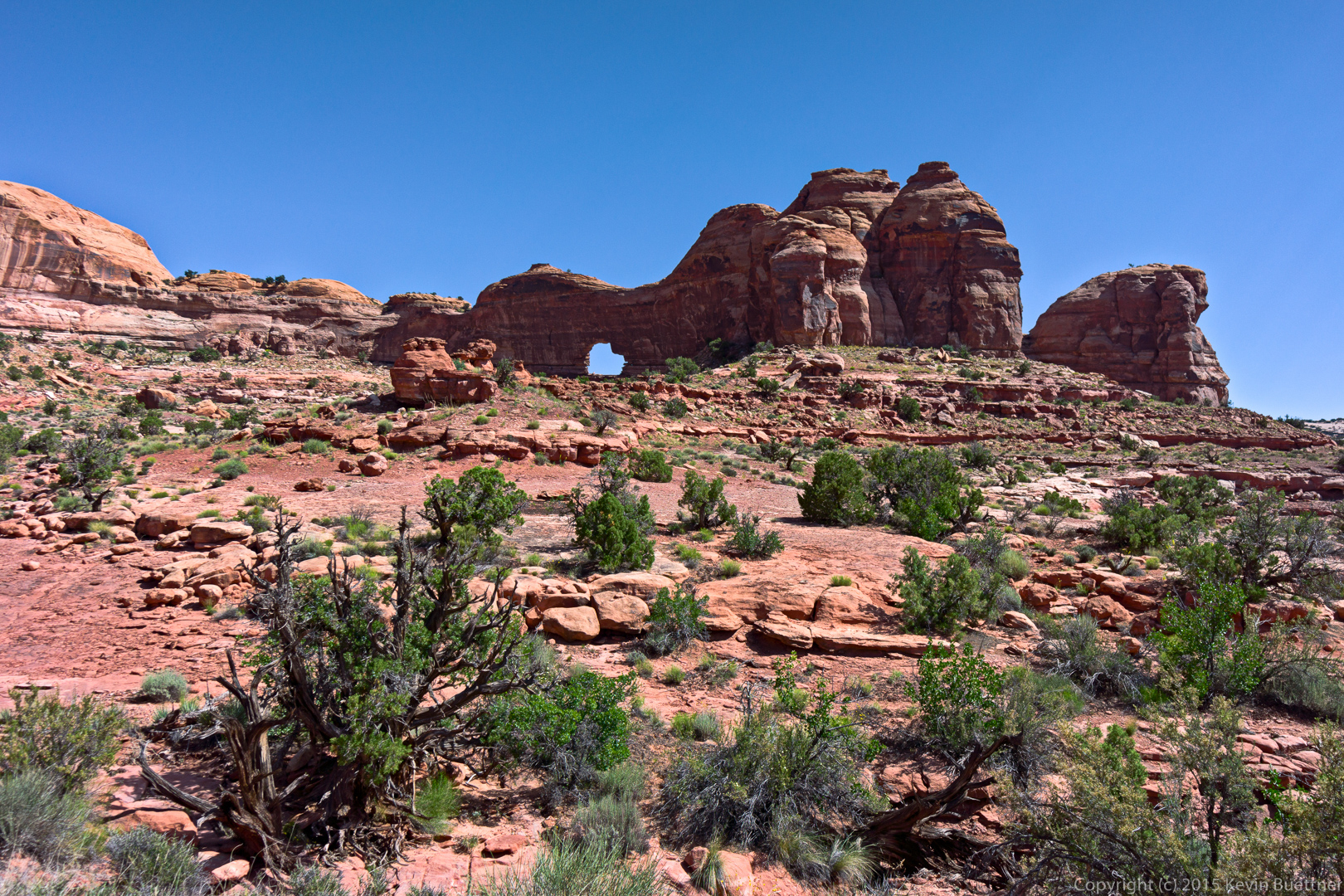 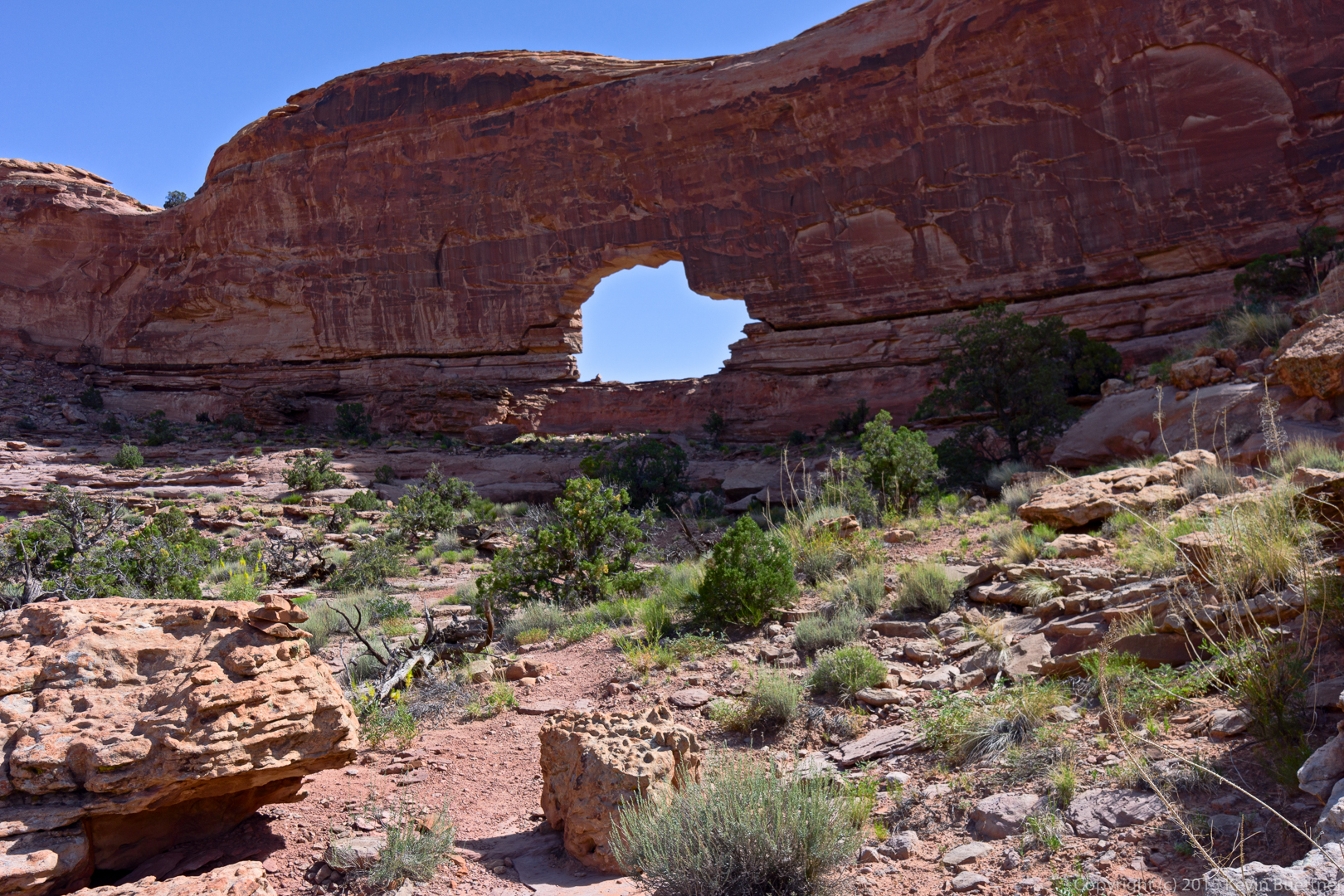 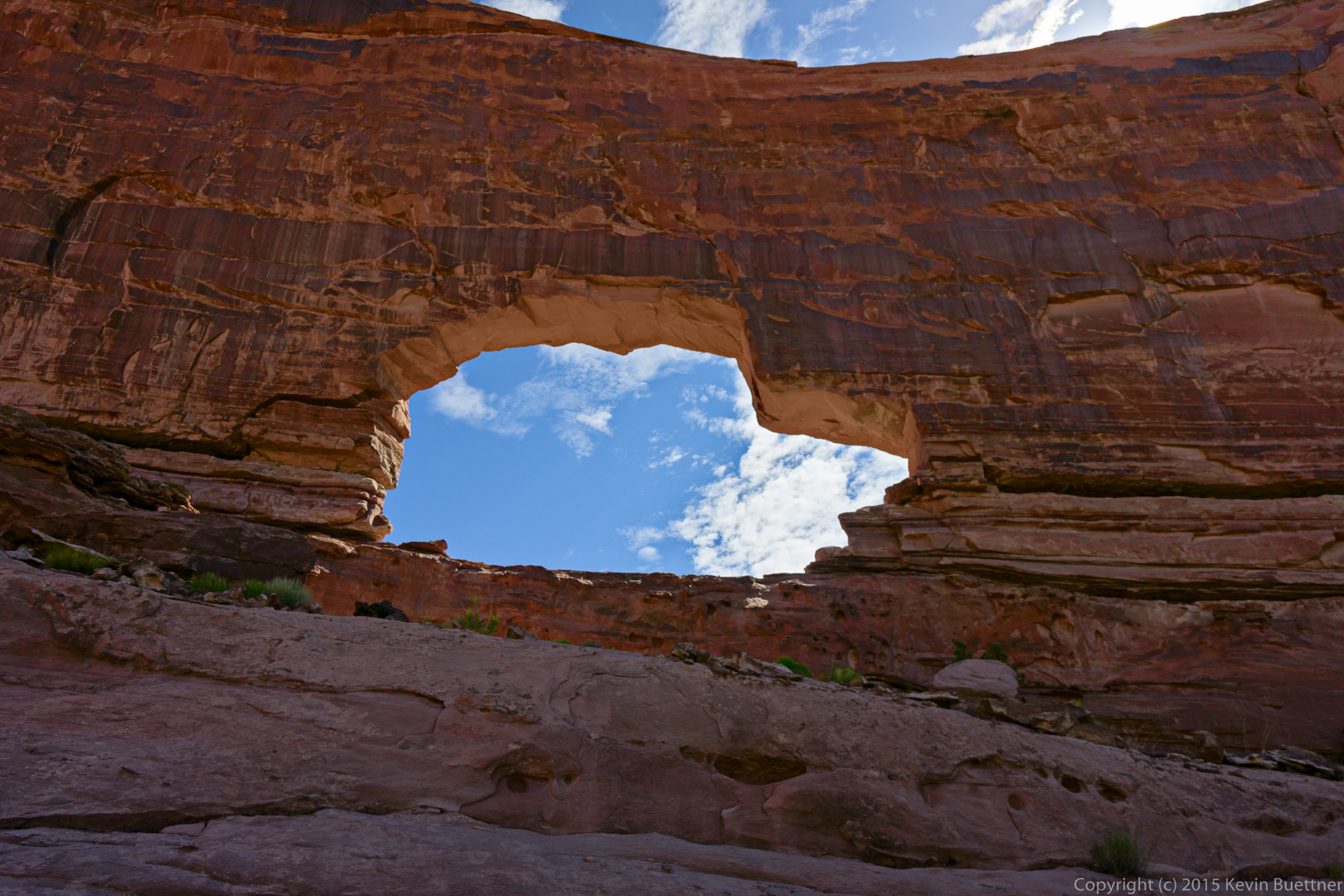 I thought at first that I would have to turn back once I got to the arch, but I noticed that the trail made its way to the left… 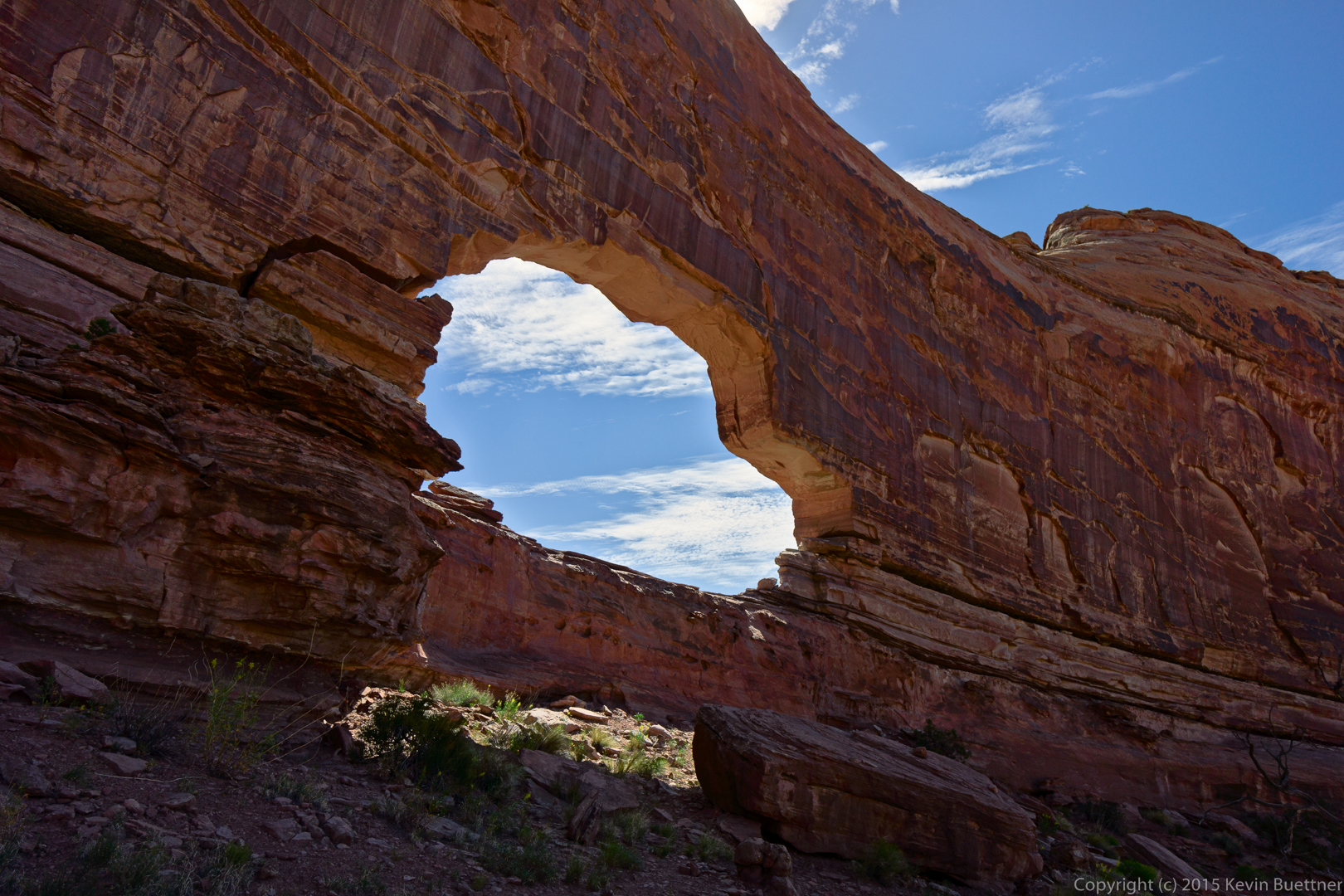 …where it was possible to easily scramble up to the arch. 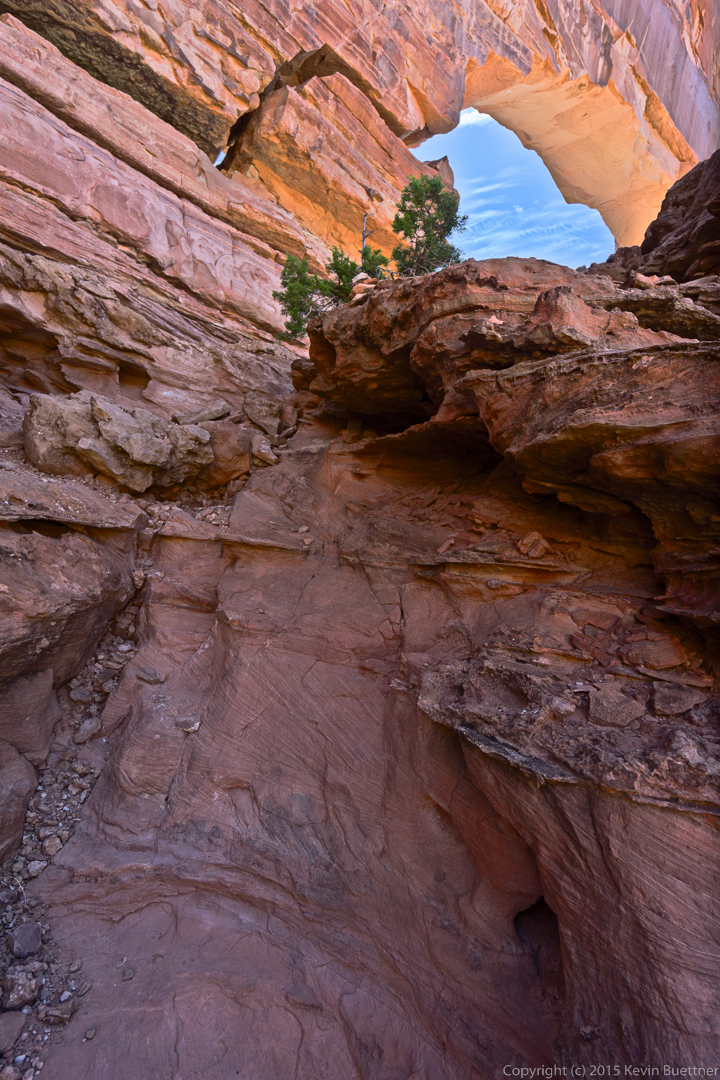 This is what it looks like after scrambling up to the arch. 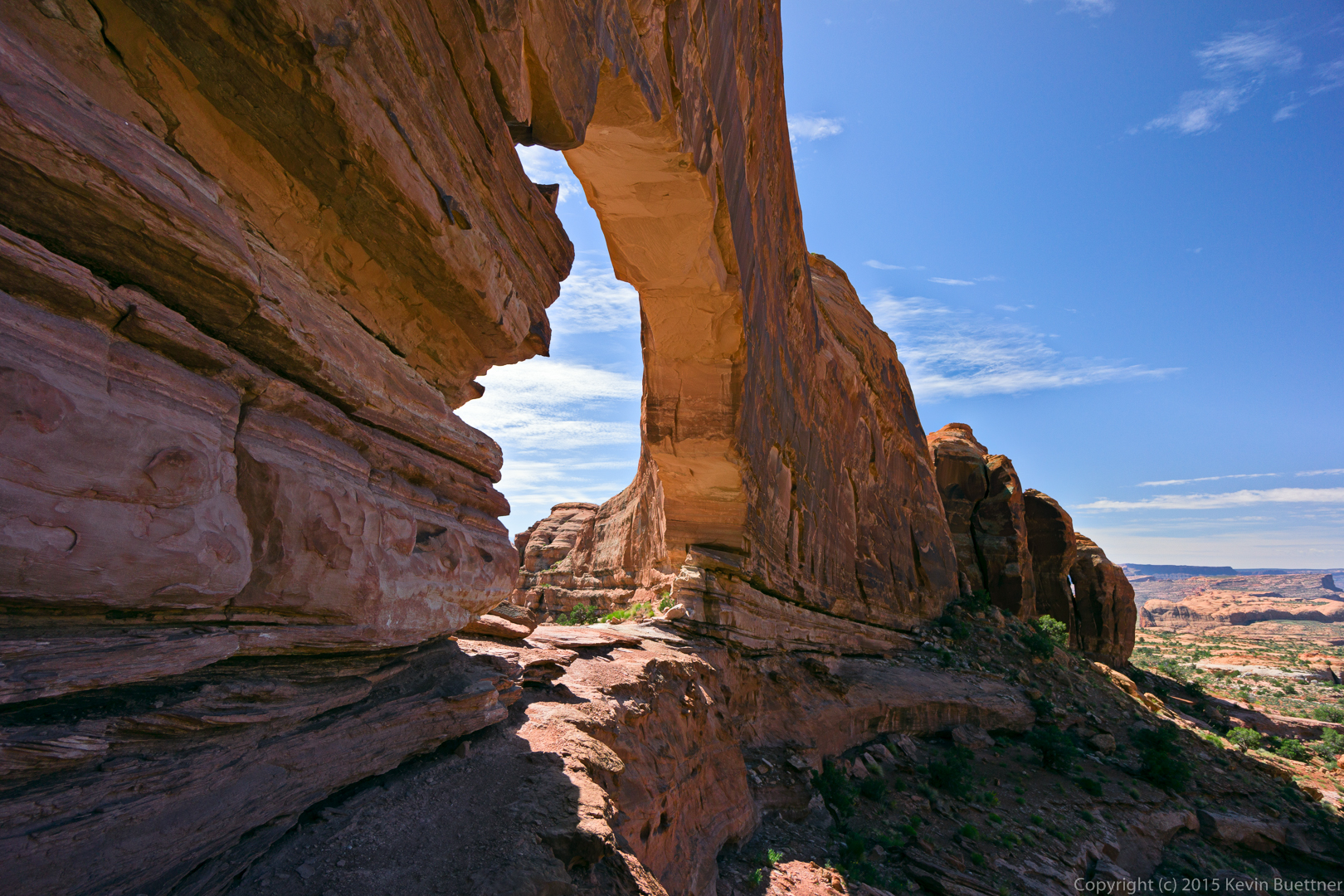 Views from the other side: 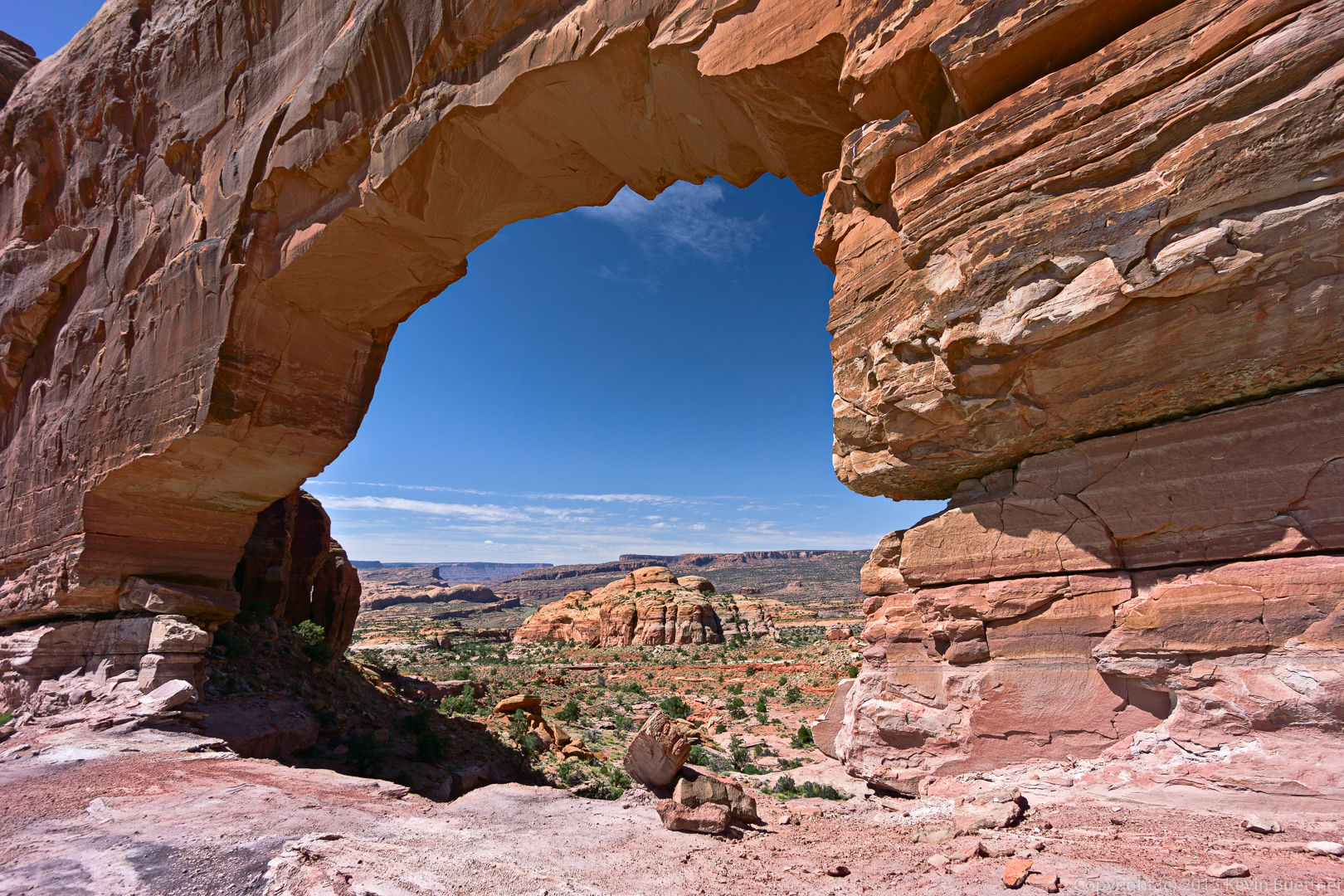 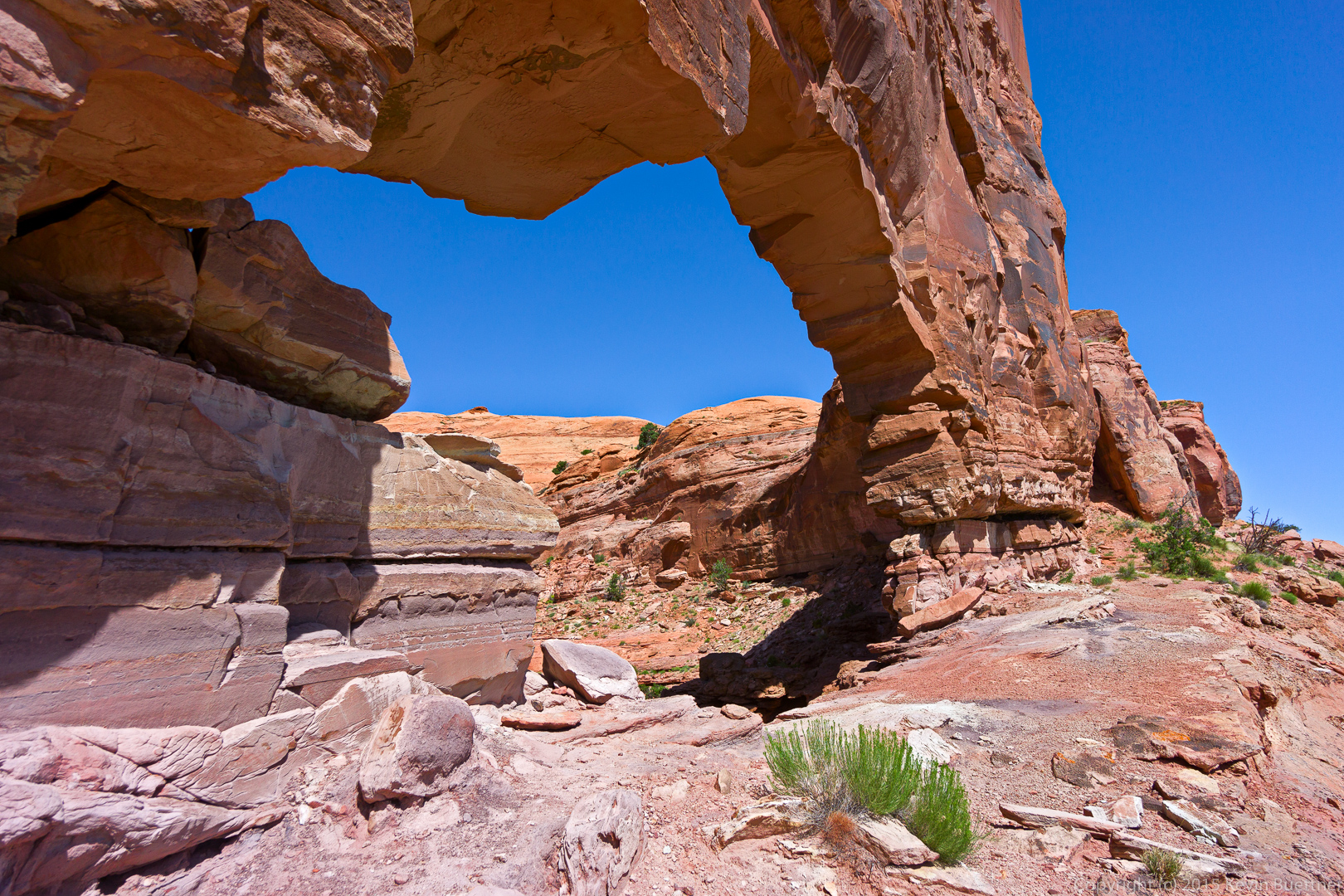 The trail descended somewhat, heading in the general direction of the La Sals for a while. 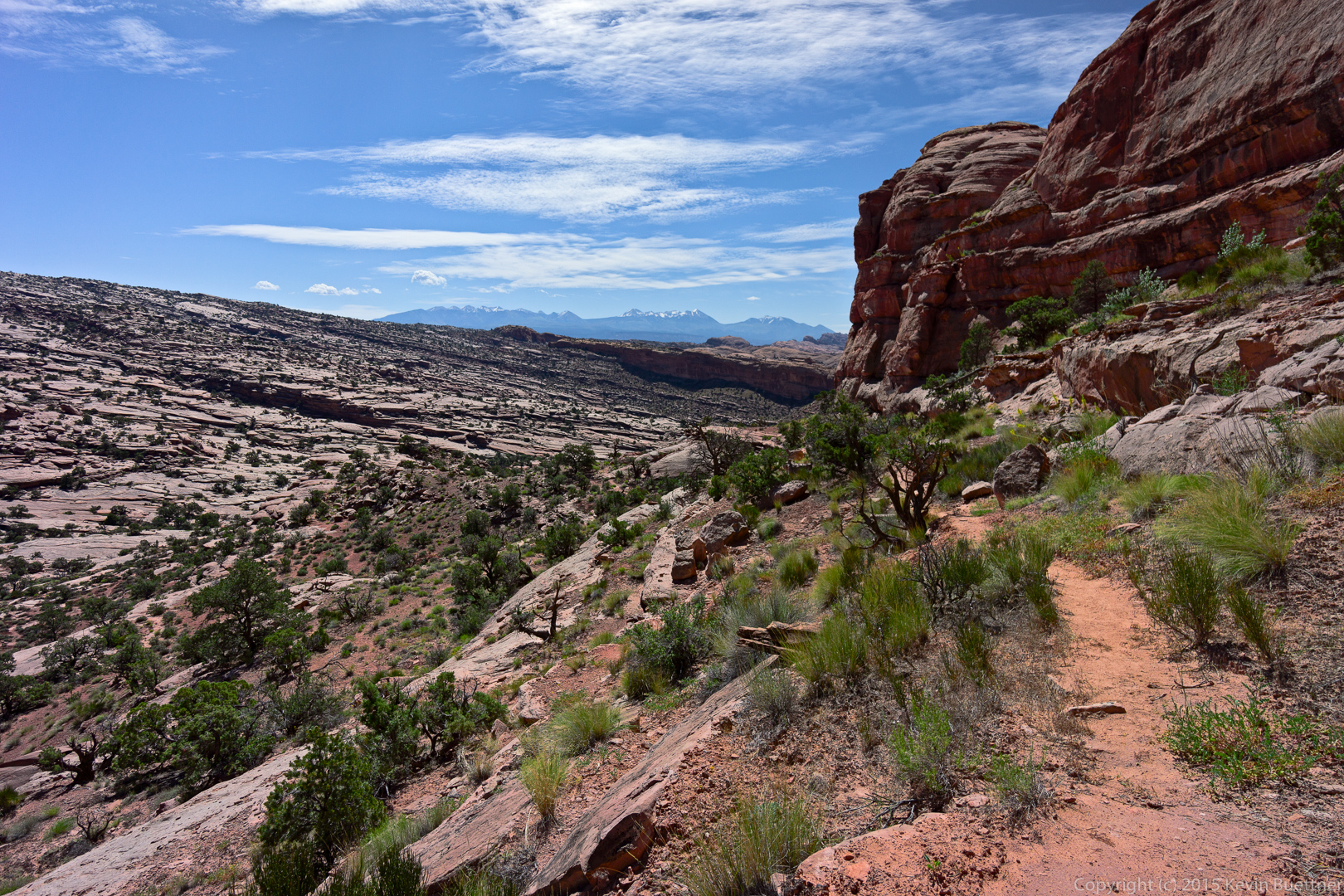 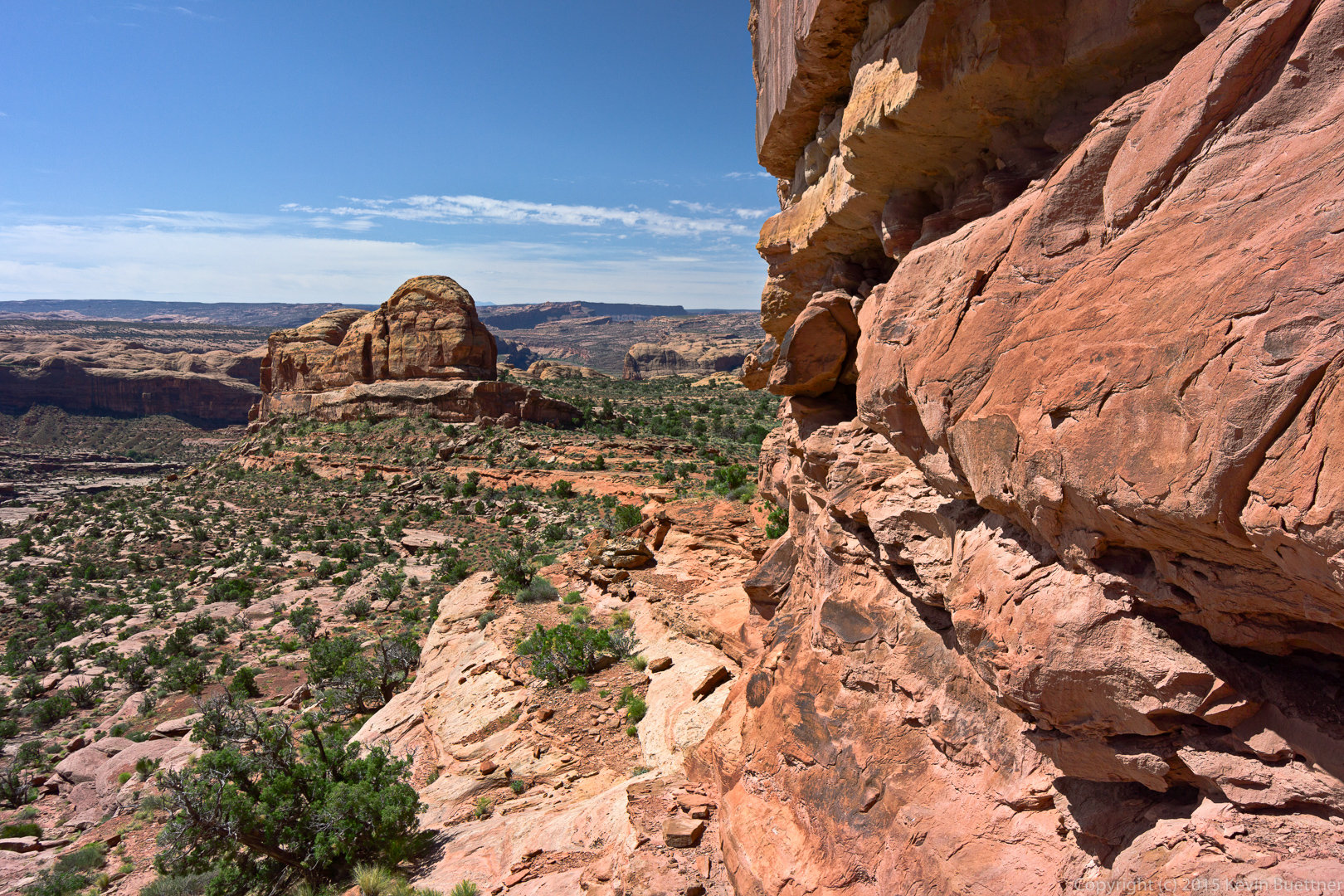 A large boulder on the trail on the way back: 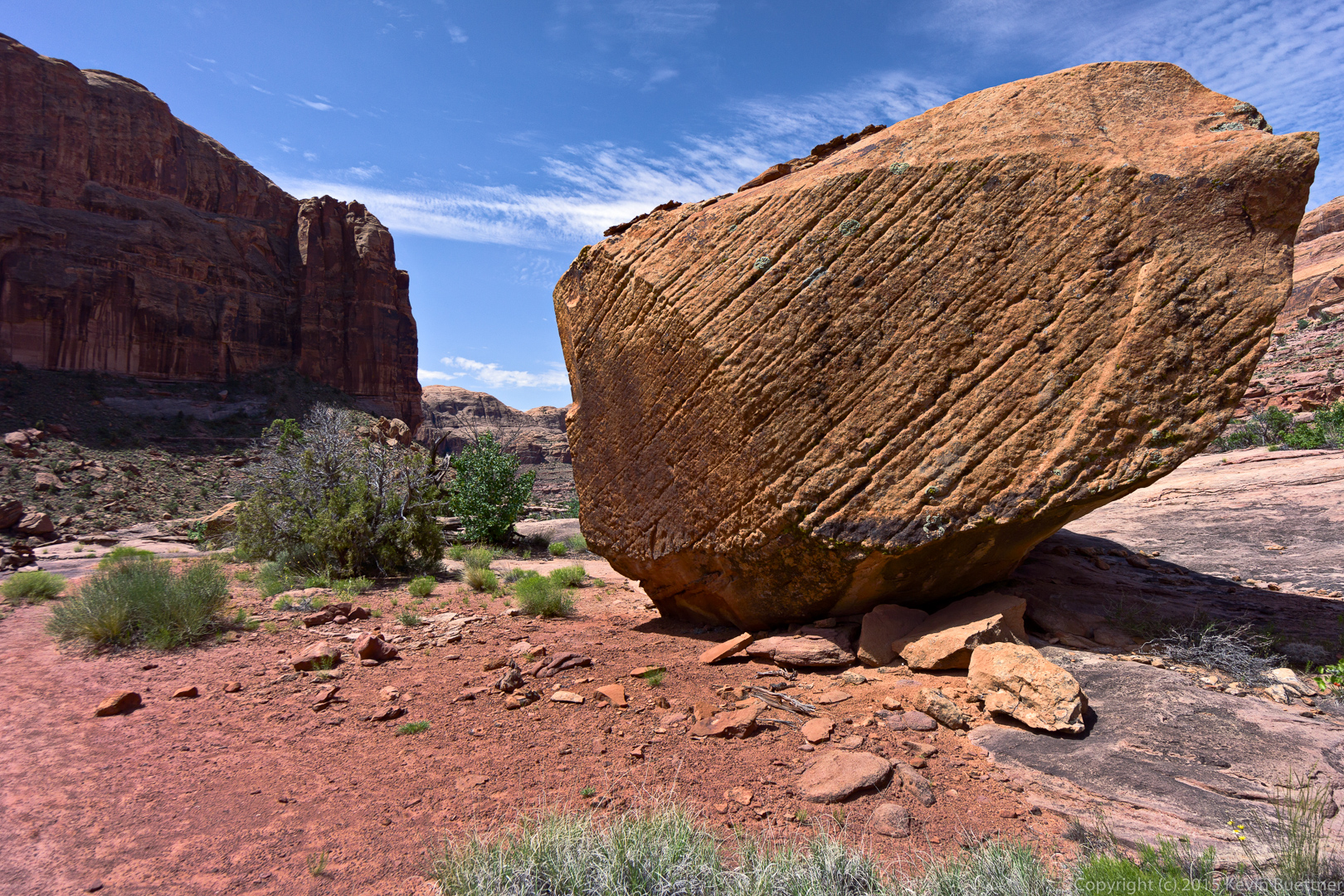 These are the railroad tracks, Highway 279, and the Colorado River. 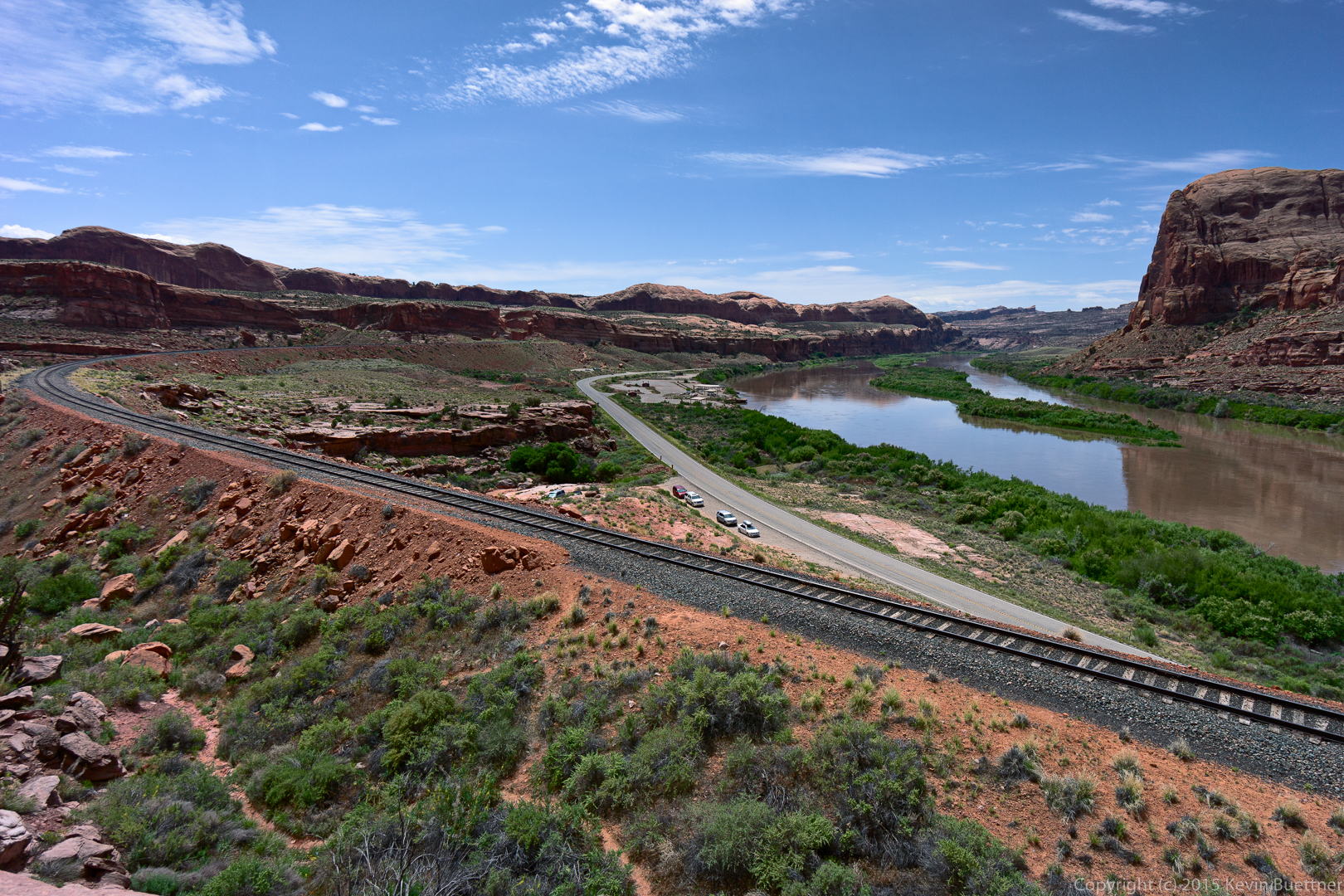 Another look at the culvert on the way out. When we arrived, ours was the only vehicle at the pullout. When we returned there were at least six others, two of which can be (partially) seen through the end of the culvert. 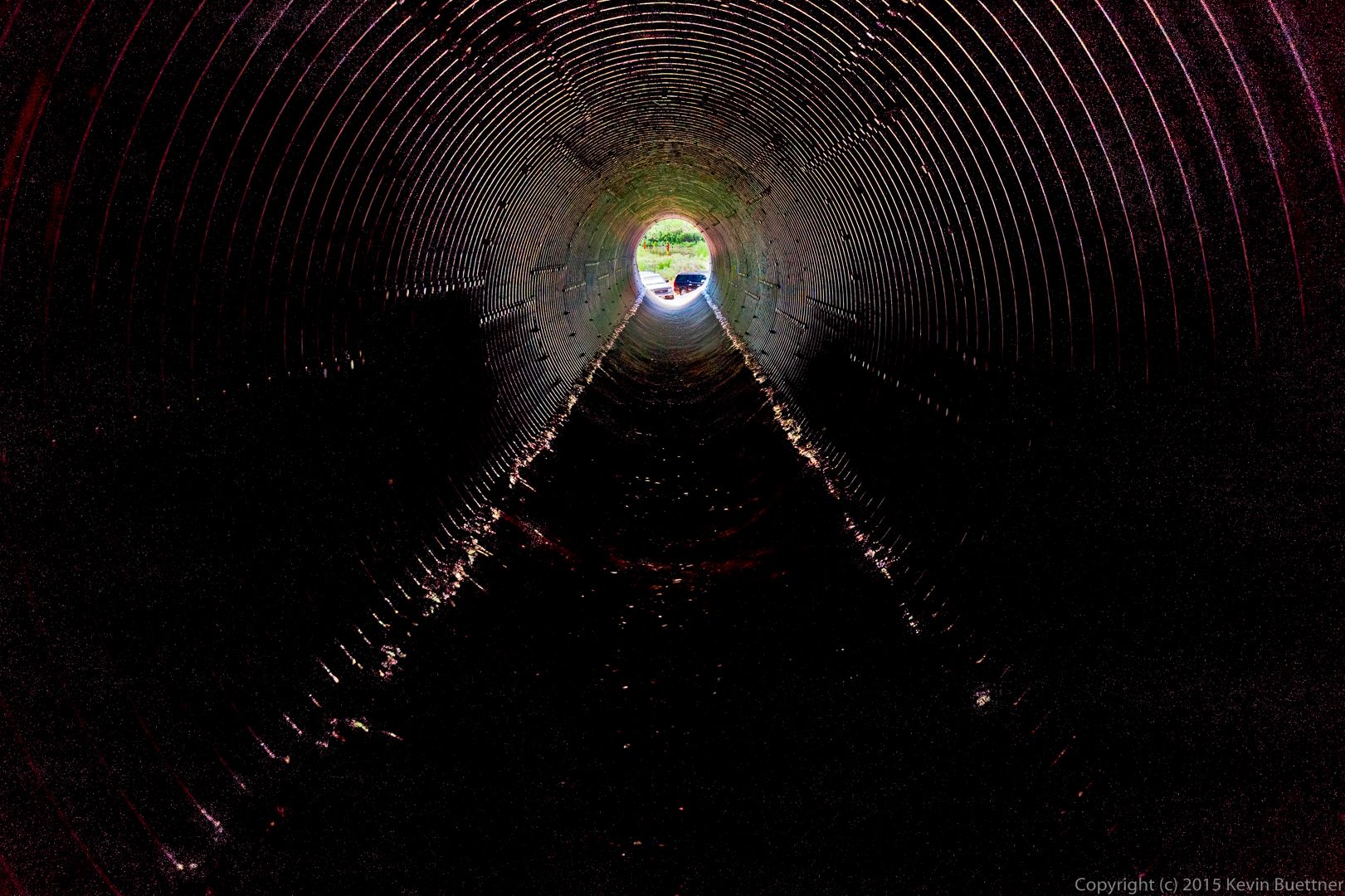