Bob, Marilyn, Nick, and I attempted to hike Wood Canyon – Upper Rim on Sunday. We hiked a mile or so out when Bob was stung by bees. (I got stung by just one bee.) We weren’t sure how Bob would react to the bee stings, so we turned back and then drove out to Eurodog Valley, a climbing and bouldering area where we scrambled around on the rocks.

This is a Mariposa Lily. We saw a lot of these in the Wood Canyon area, probably at least one order of magnitude more than I’d seen prior to that day altogether. 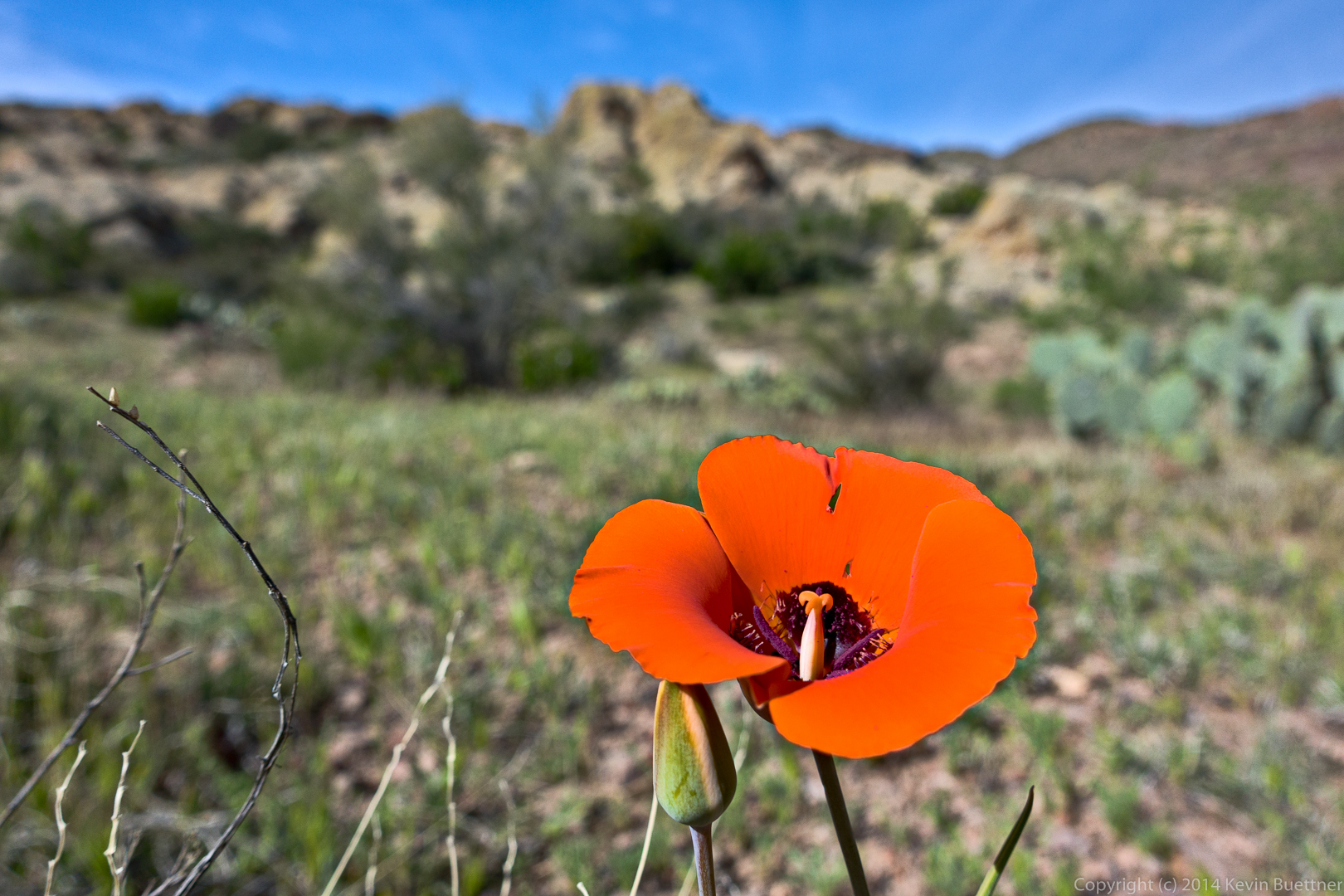 The hike is billed as being off-trail. It started off going up this lichen colored rock. 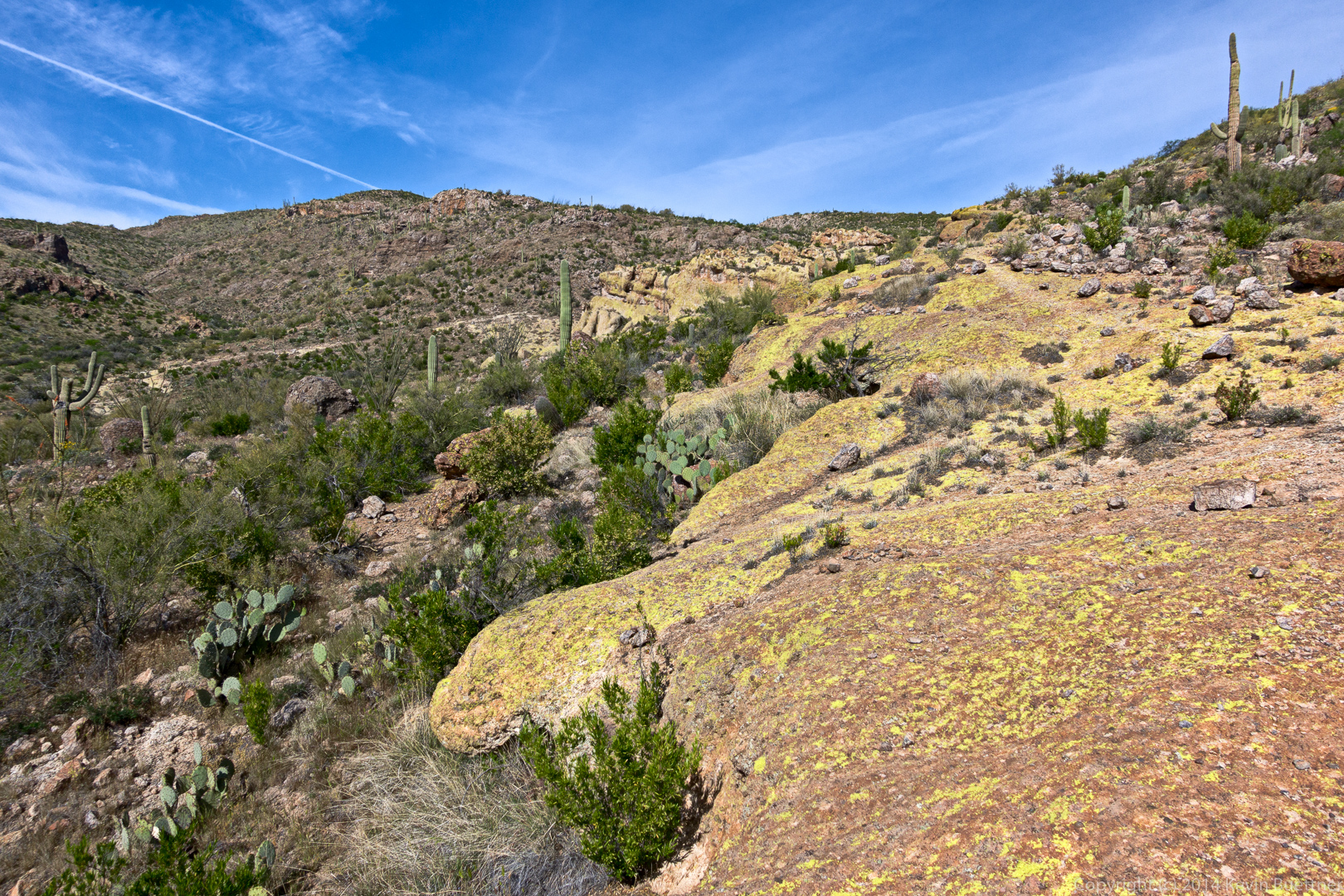 There were excellent views here, even at the start. 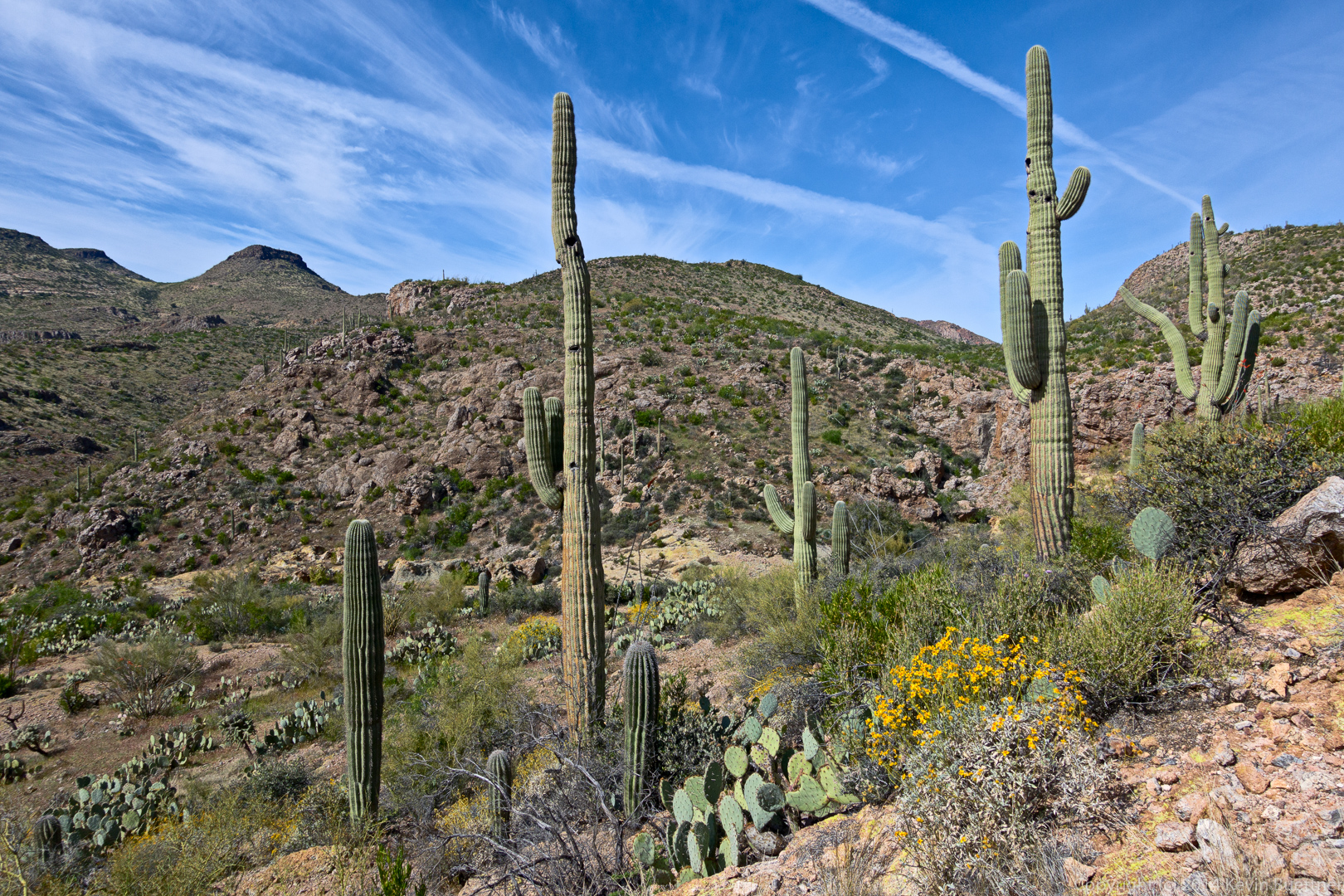 Hedgehog cactus blossoms. Nick told me that these are a variety of hedgehog cacti known as claret-cup. 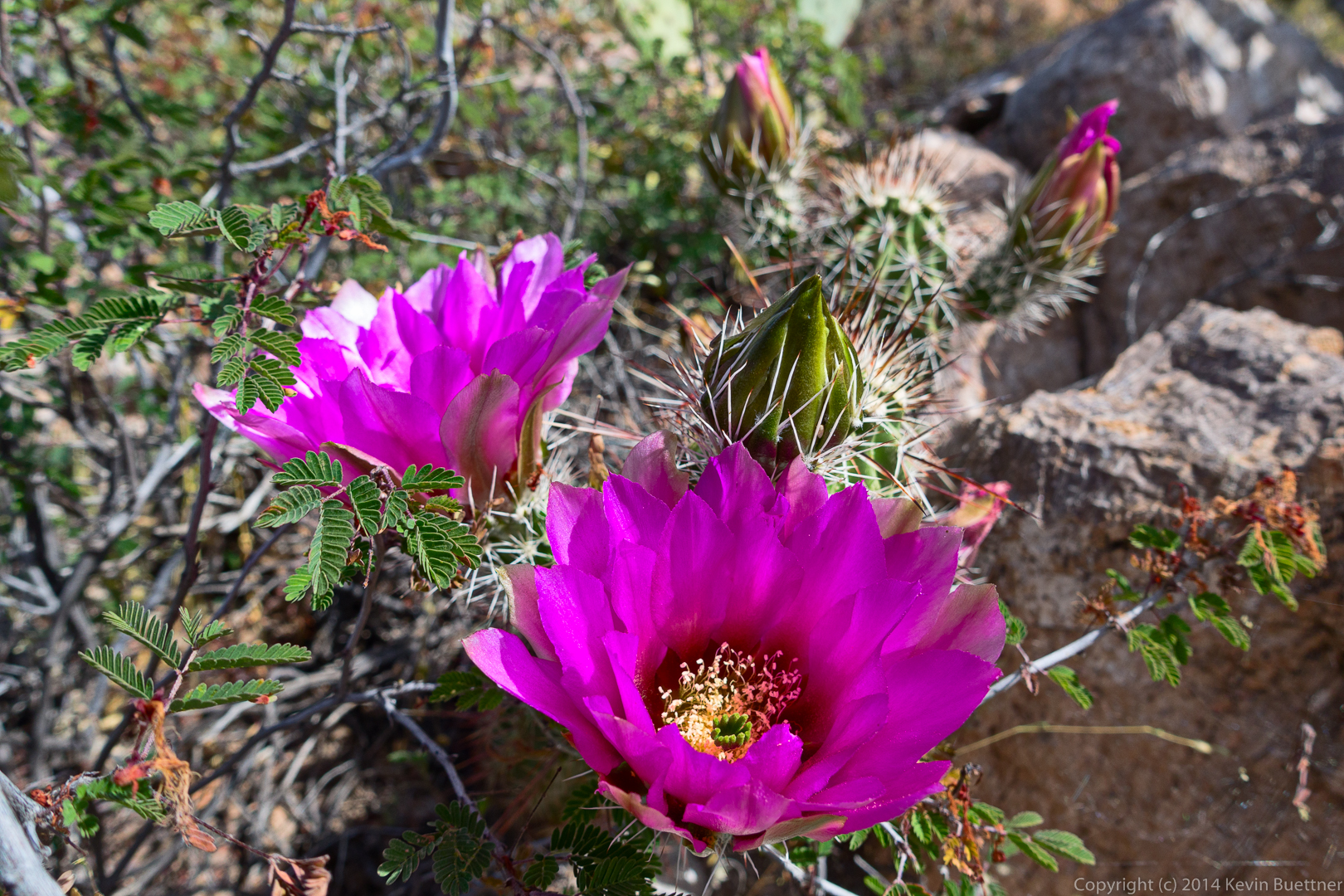 After the bee incident, we headed back.  Nick, Bob, and I walked within inches of a coiled up rattlesnake.  I think it’s likely that this happens frequently, but that no one but the snake notices. 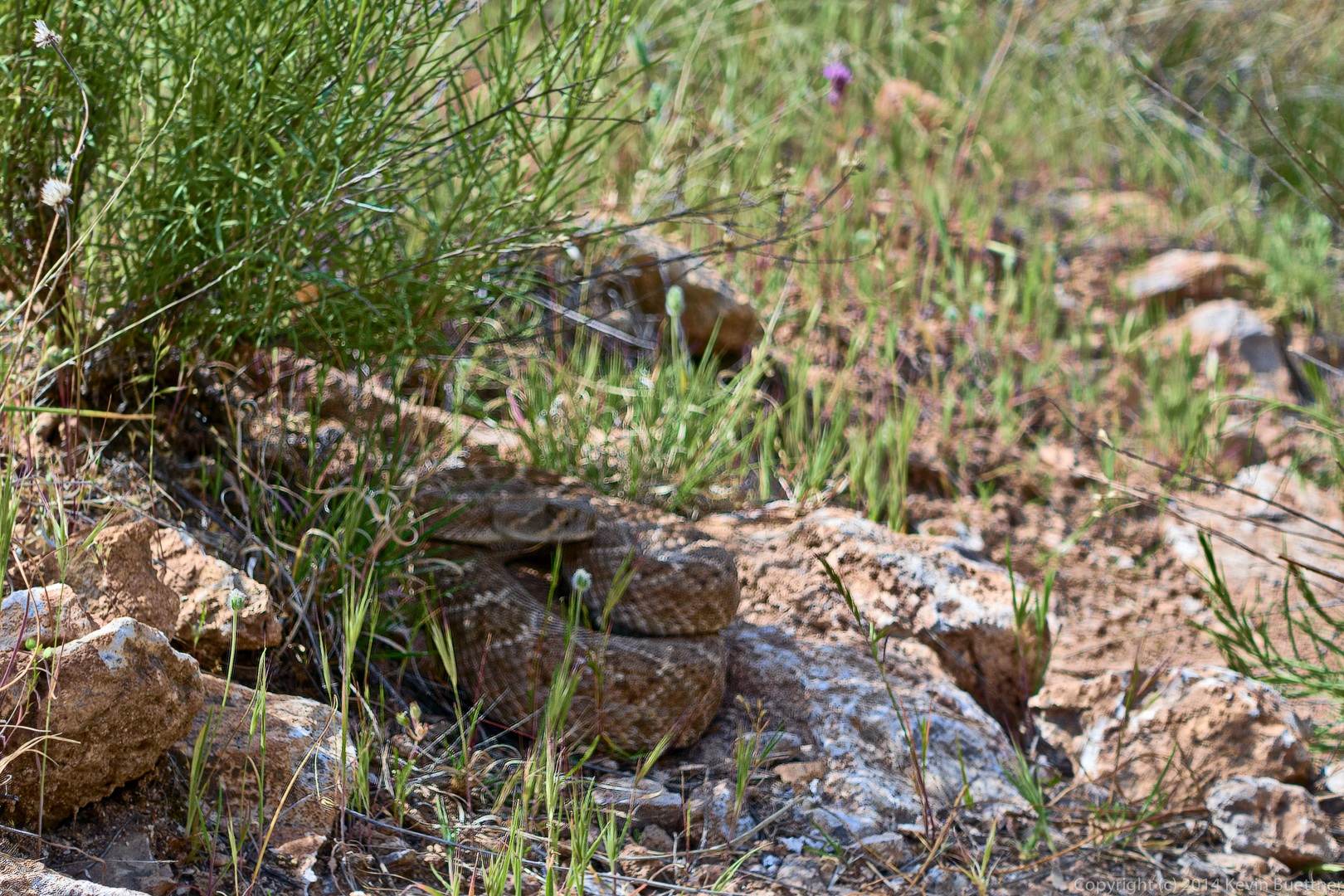 Marilyn waited to pass until the snake crossed the trail. 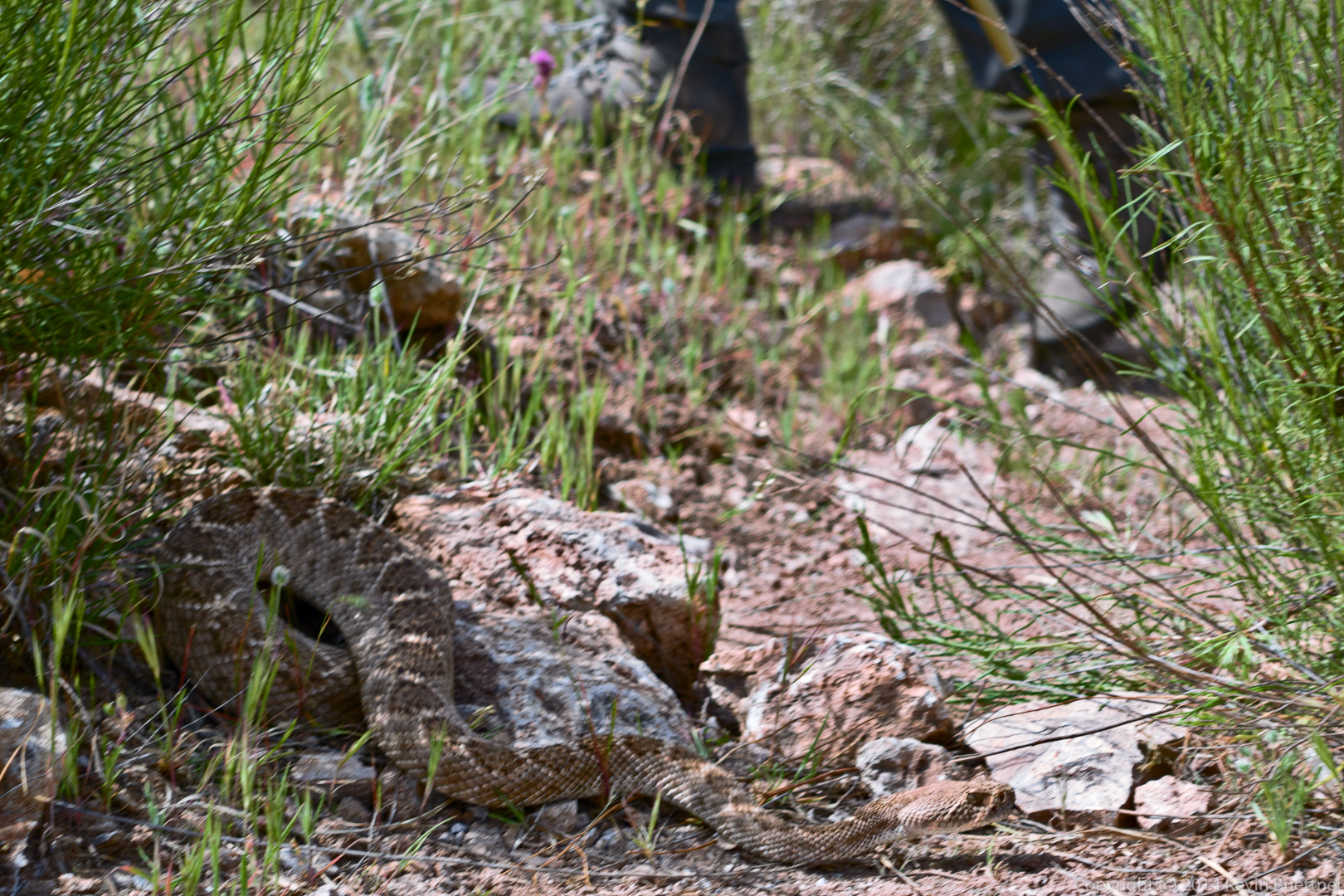 We also saw cows on the way back. 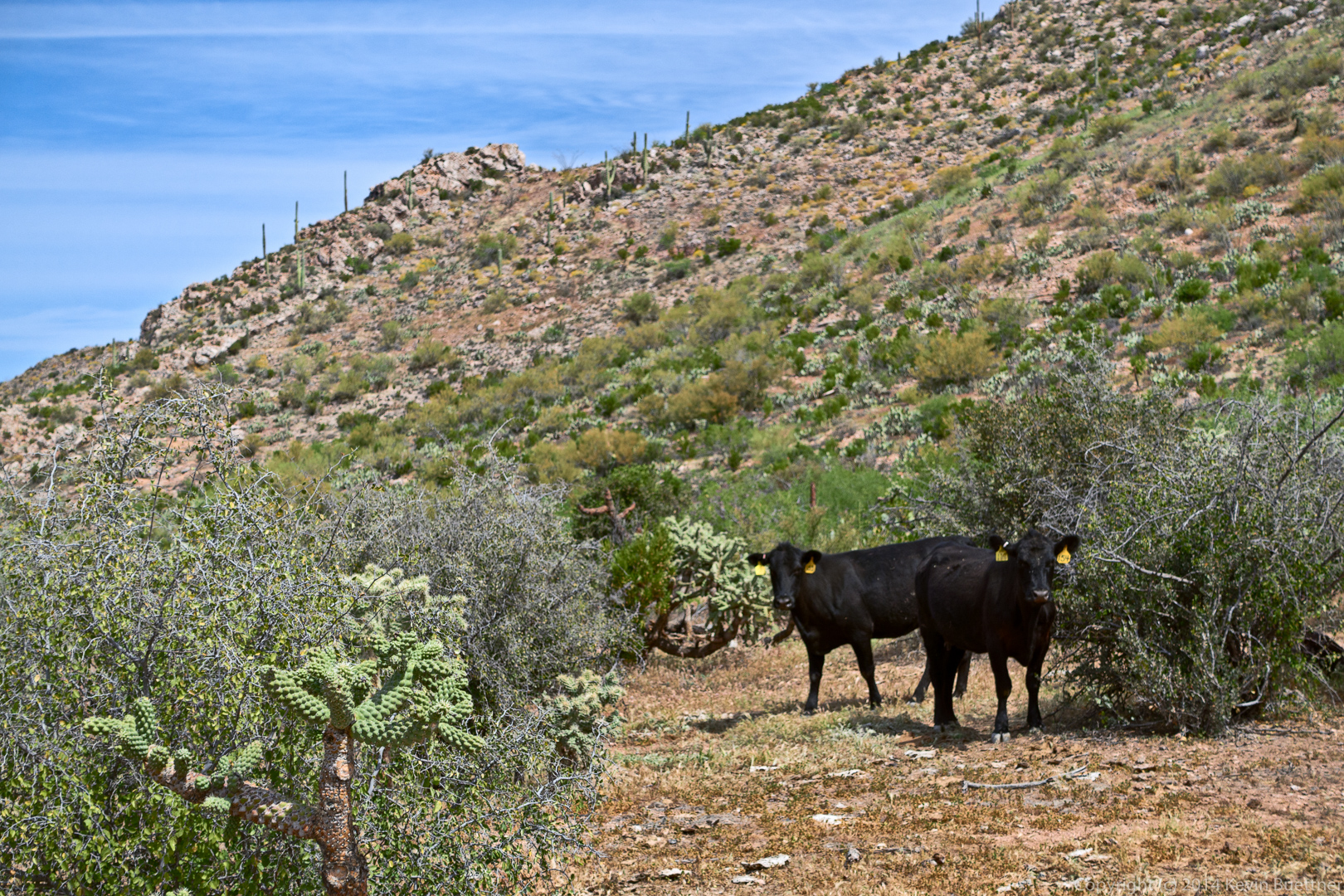 Another view from the lichen colored ridge. Nick’s truck is visible at the left. 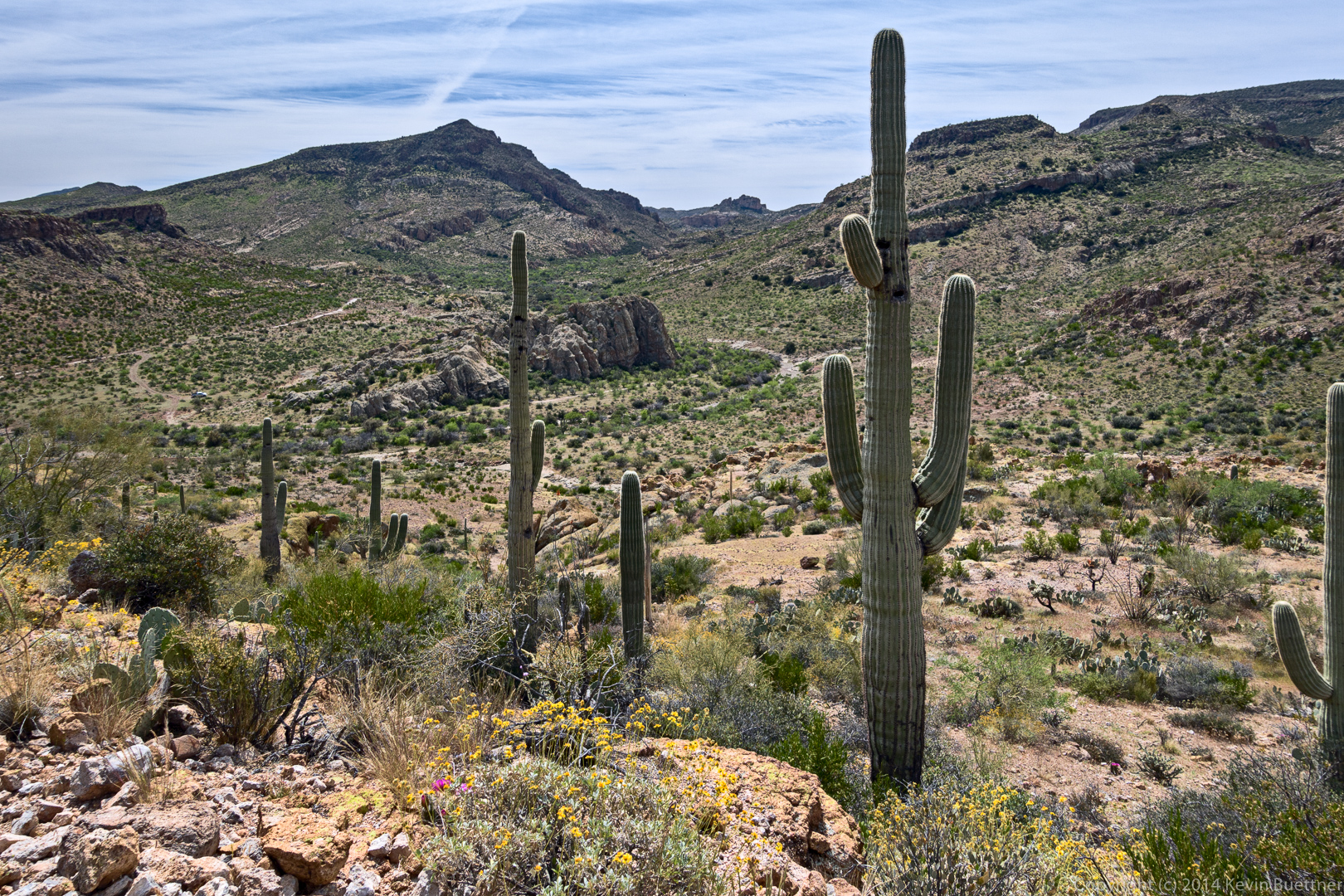 This is the wash / creek at the bottom of Eurodog Valley. 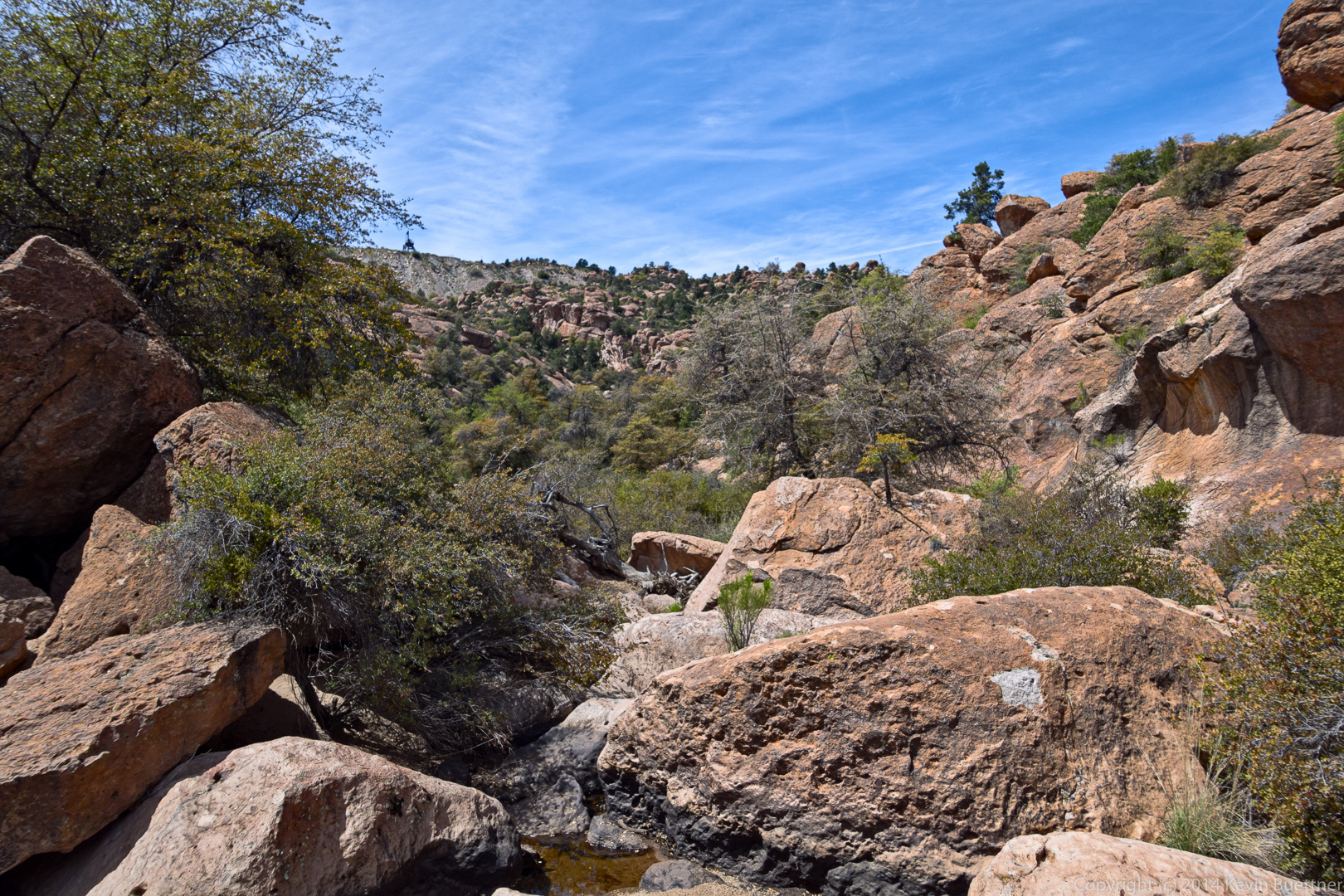 Marilyn, Nick, and Bob hike up the steep hill after crossing the creek.  We initially descended via the 45 degree slab on the other side of the creek – it’s the wall visible in this picture. 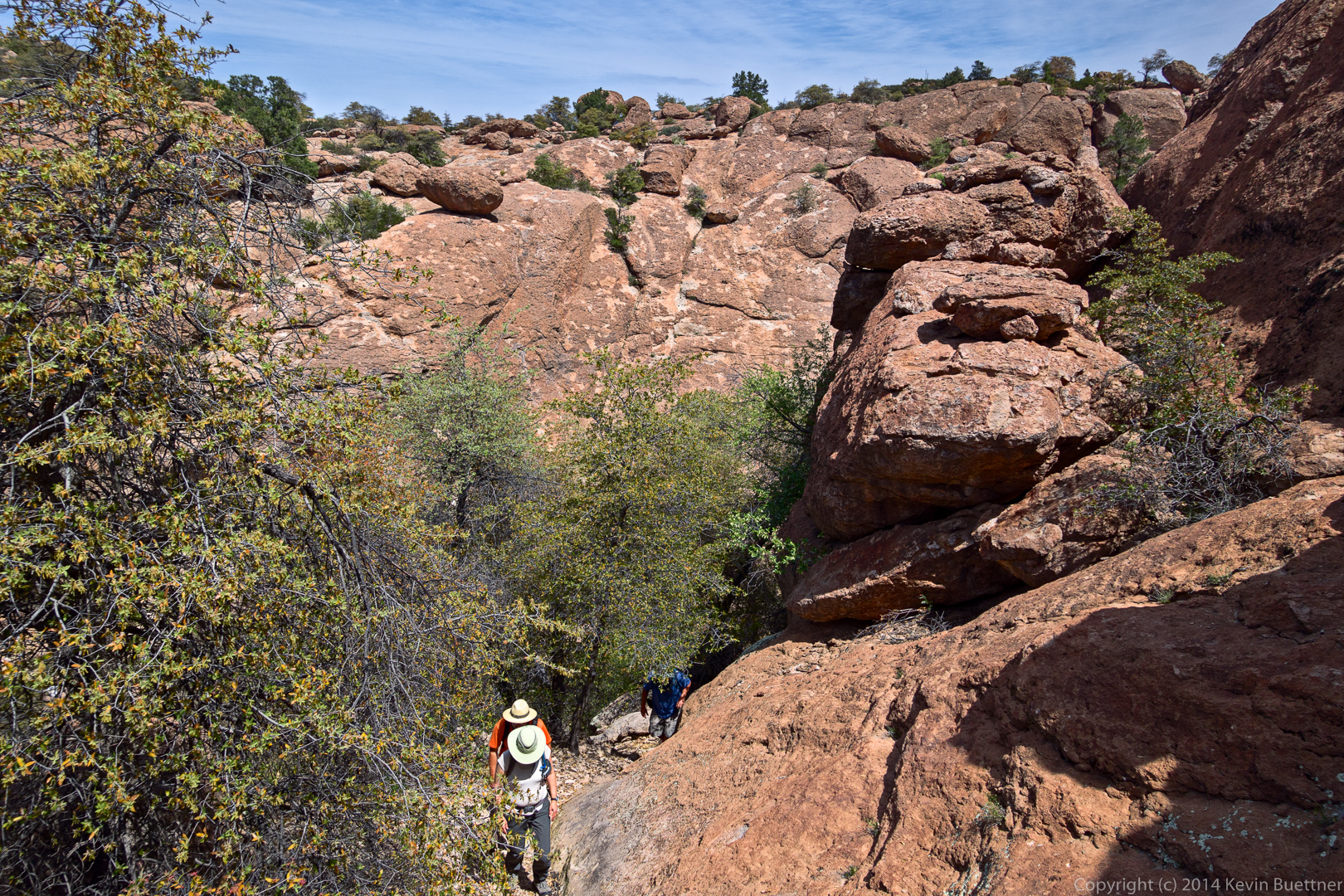 I think the red flowers might be a type of penstemon. 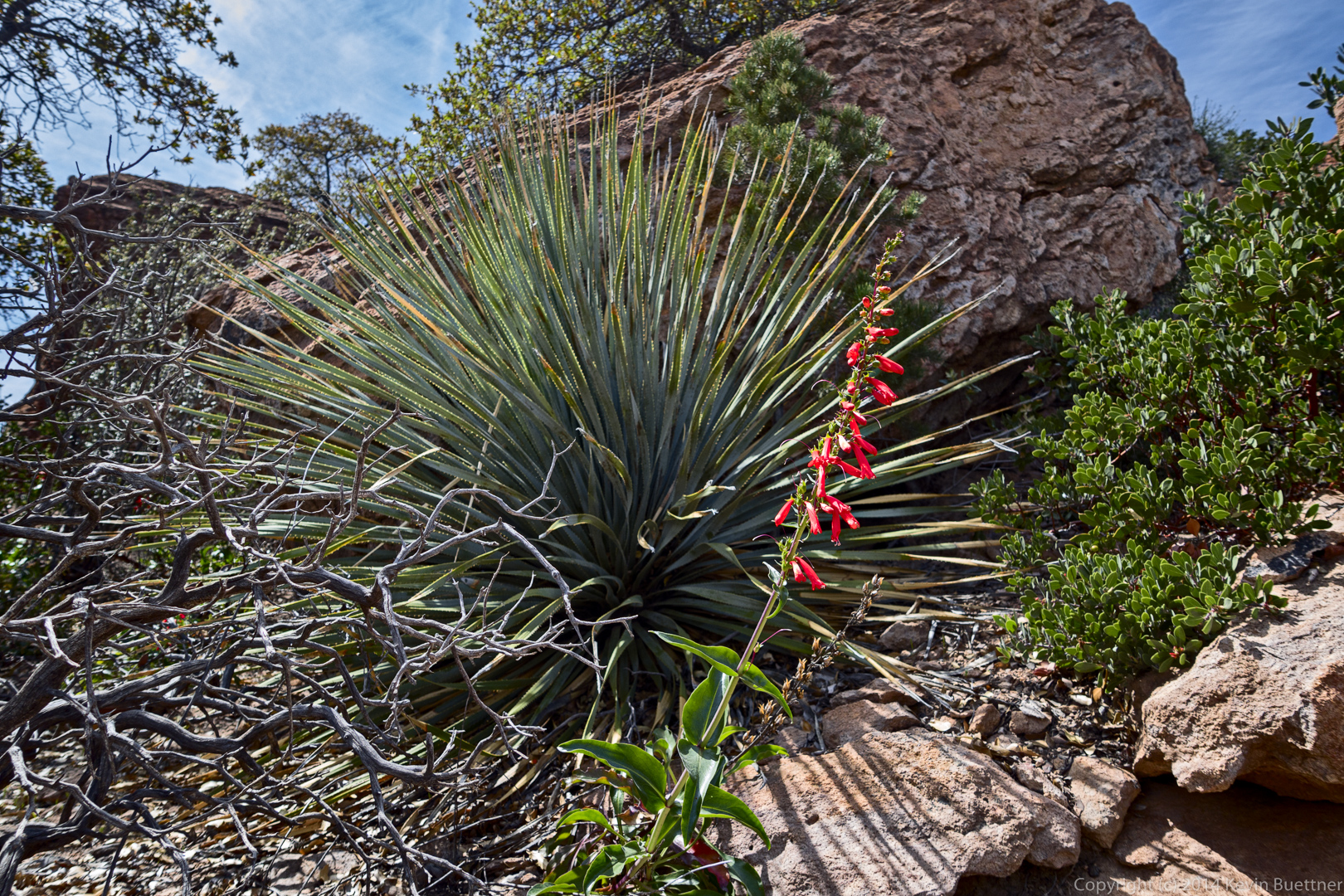 A view of the mine. 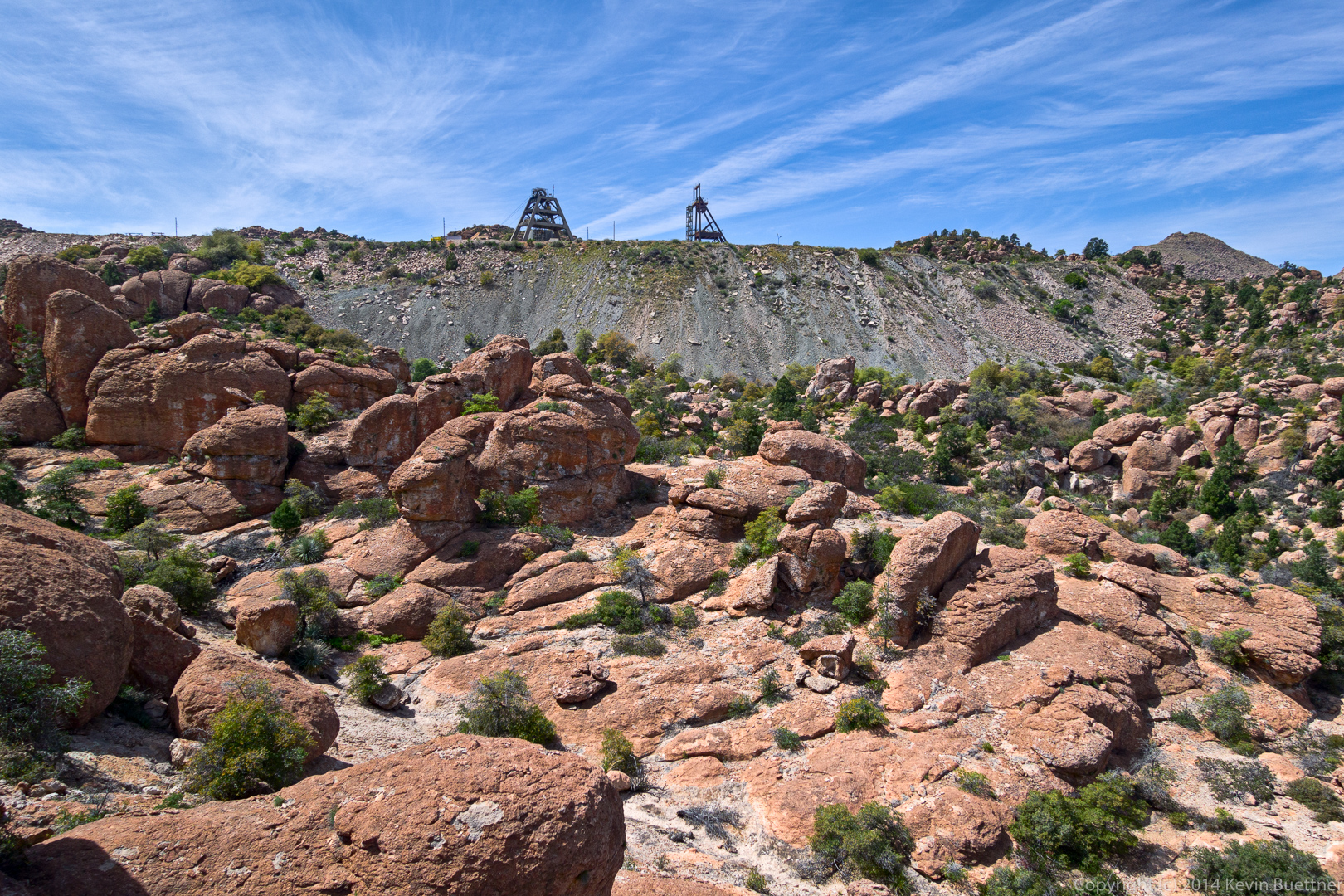 Nick points at a rock formation (which I eventually photographed, but did not process). 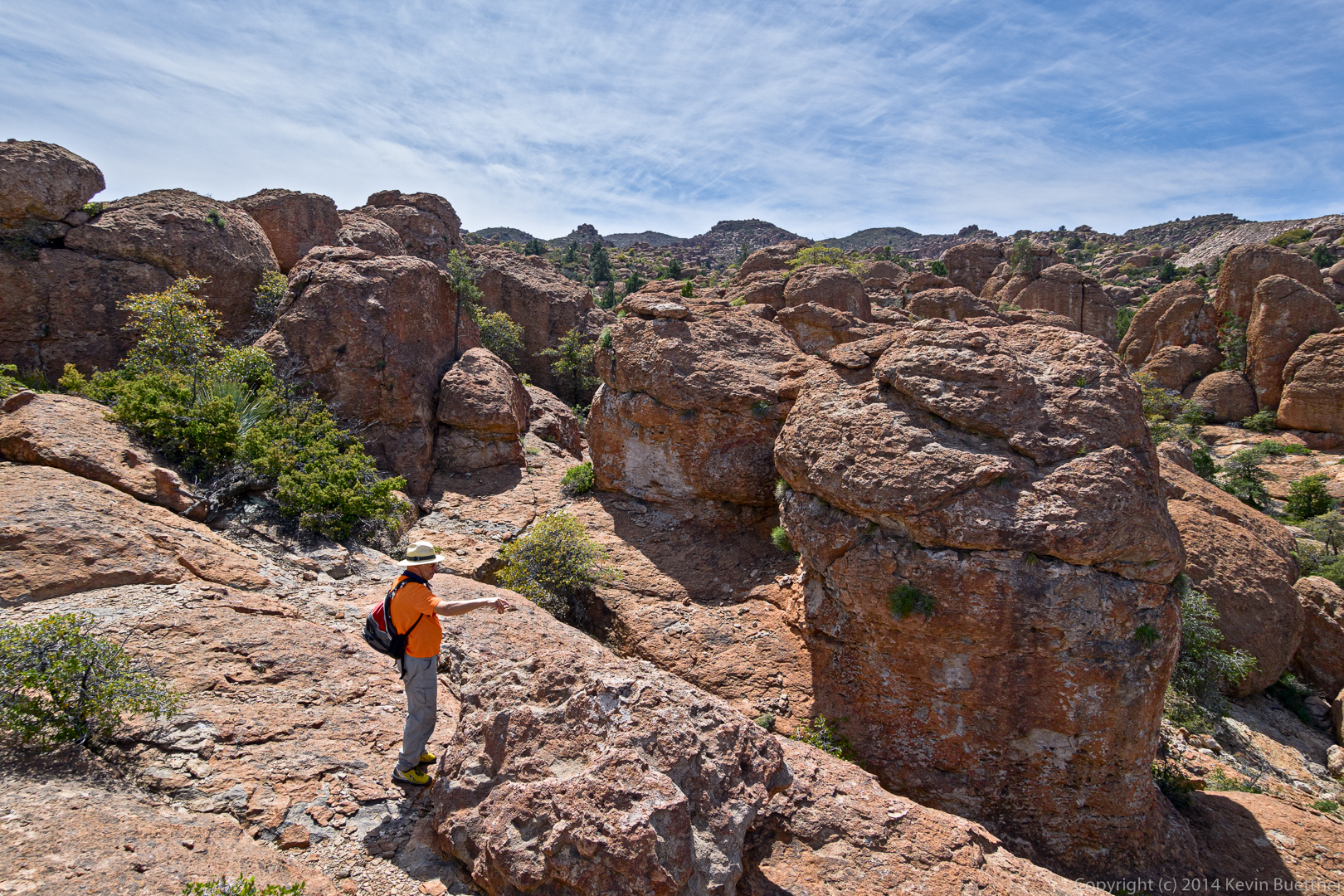 Another shot of the mine and the tailings. 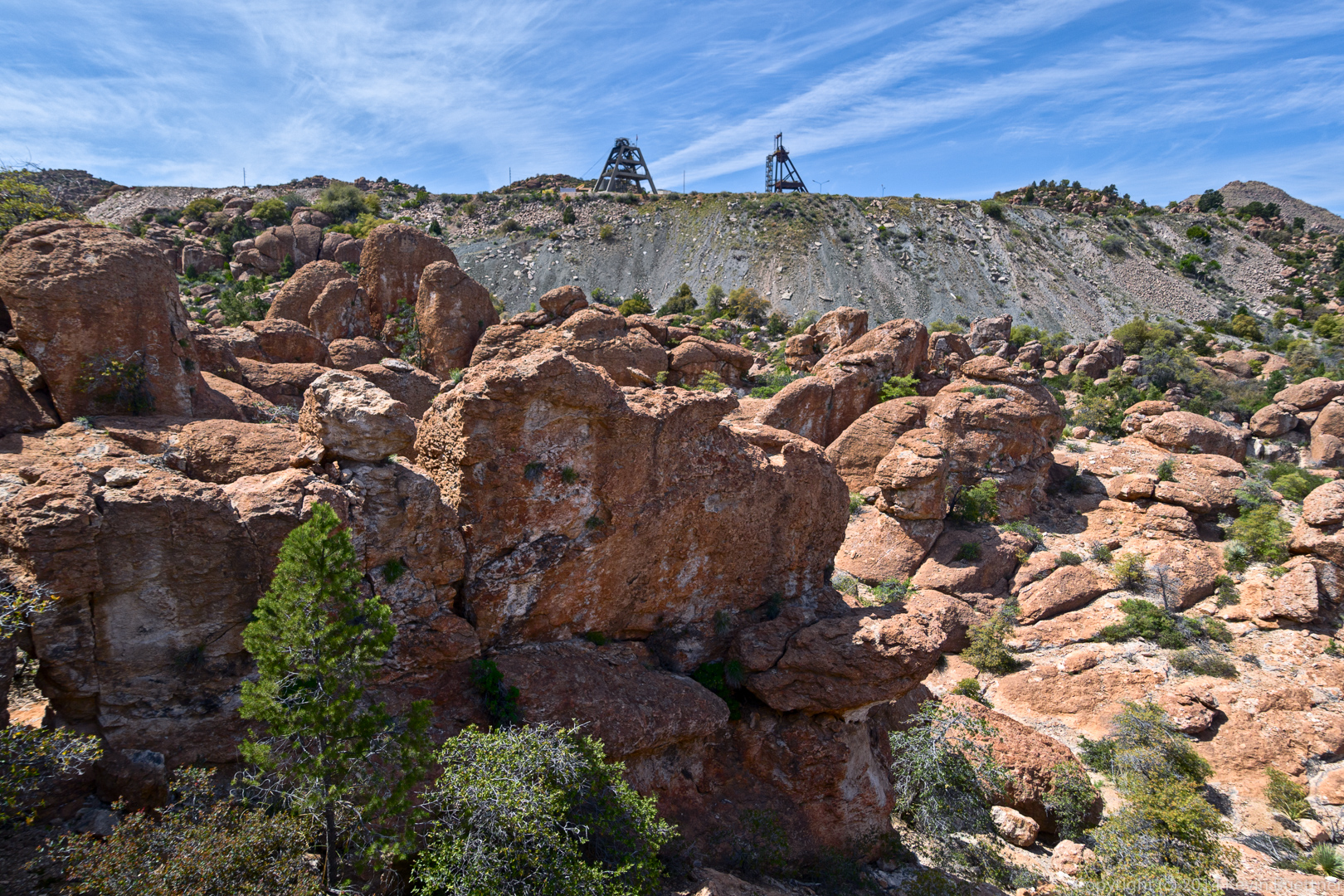 On the way back, we noticed this rock formation: 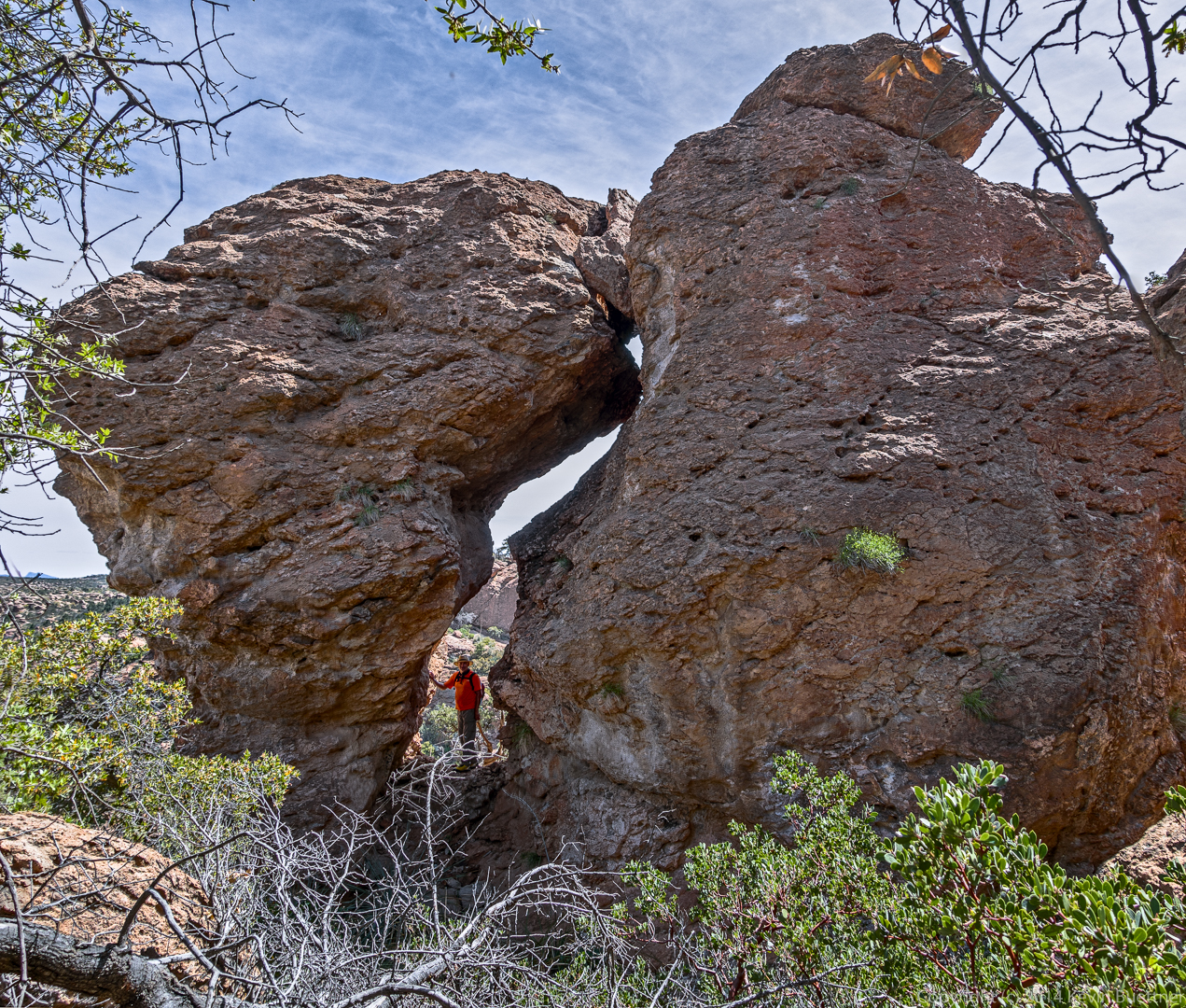 Hiking back up the 45 degree slab: 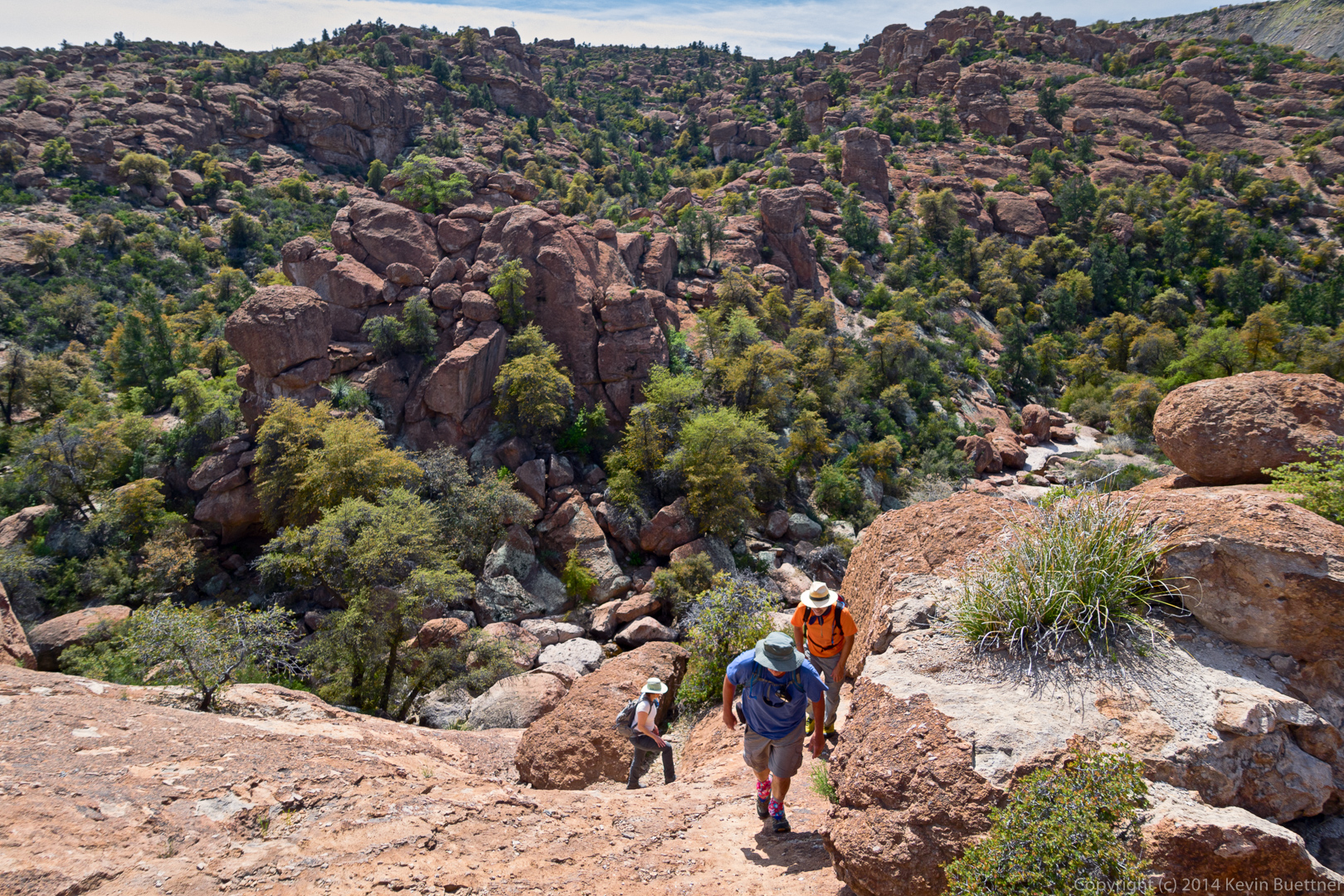