Last Friday’s hike started from the Tom’s Thumb Trailhead. We hiked a route that took us up to the East End, the highest point in the McDowells. When we finished, Bill and I hiked into the Rock Knob Trail into McDowell Mountain Park.

The trail crosses some large boulders. This was a difficult spot for Linda. 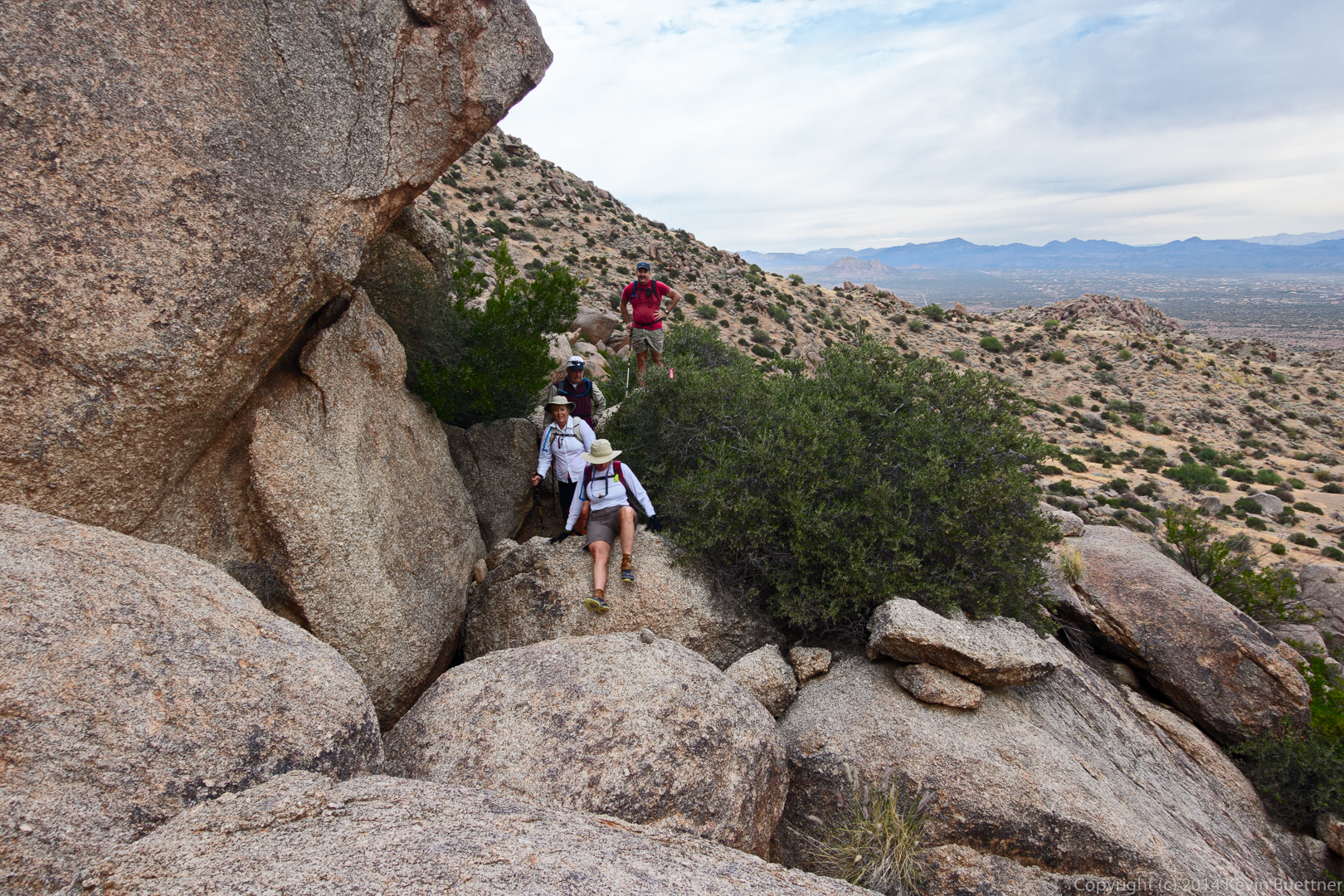 Frank scrambles up a steep section to take a look at the views. 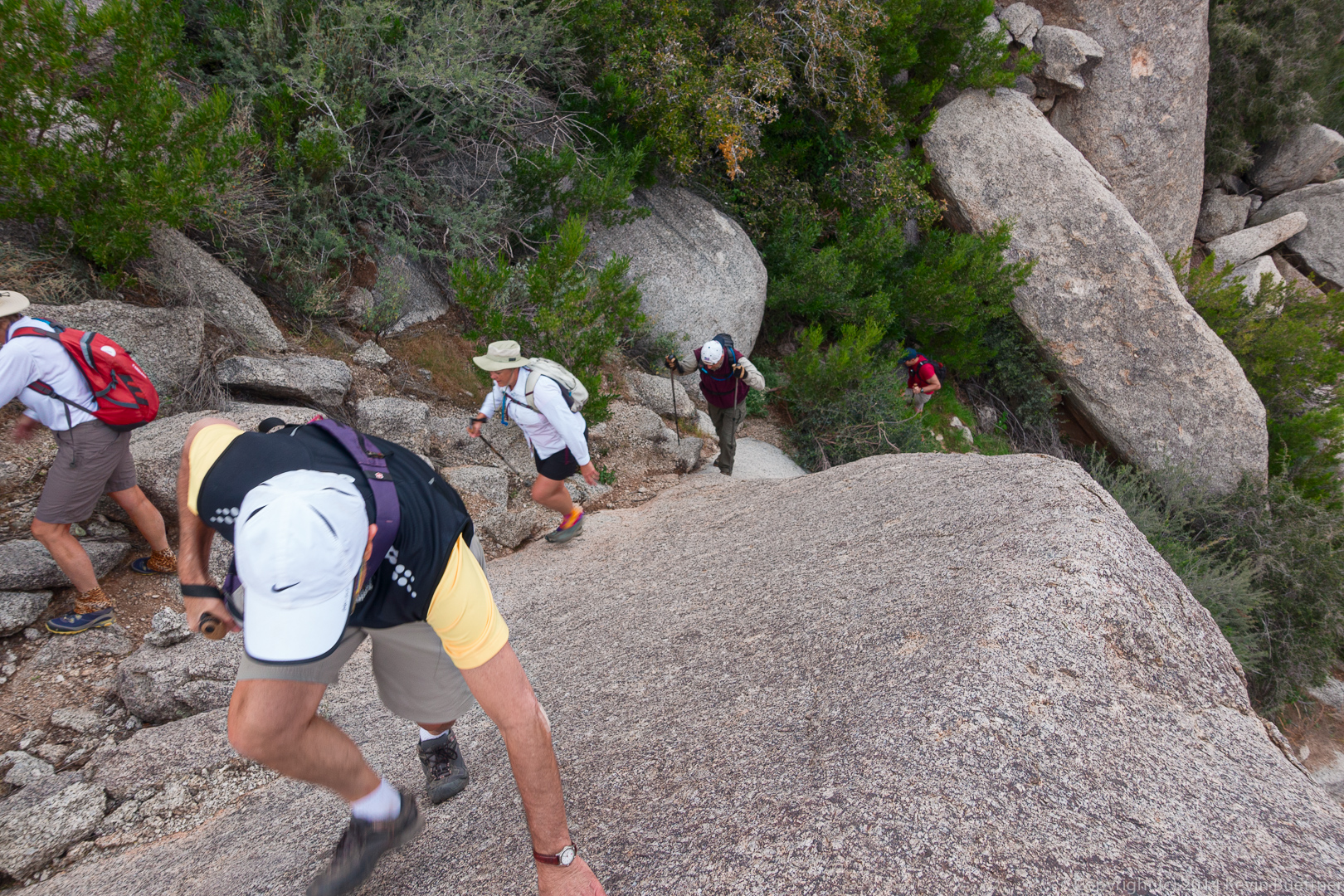 Frank, Allen, Bill, and Janet hike ahead of me. Bob and Linda are even further ahead! 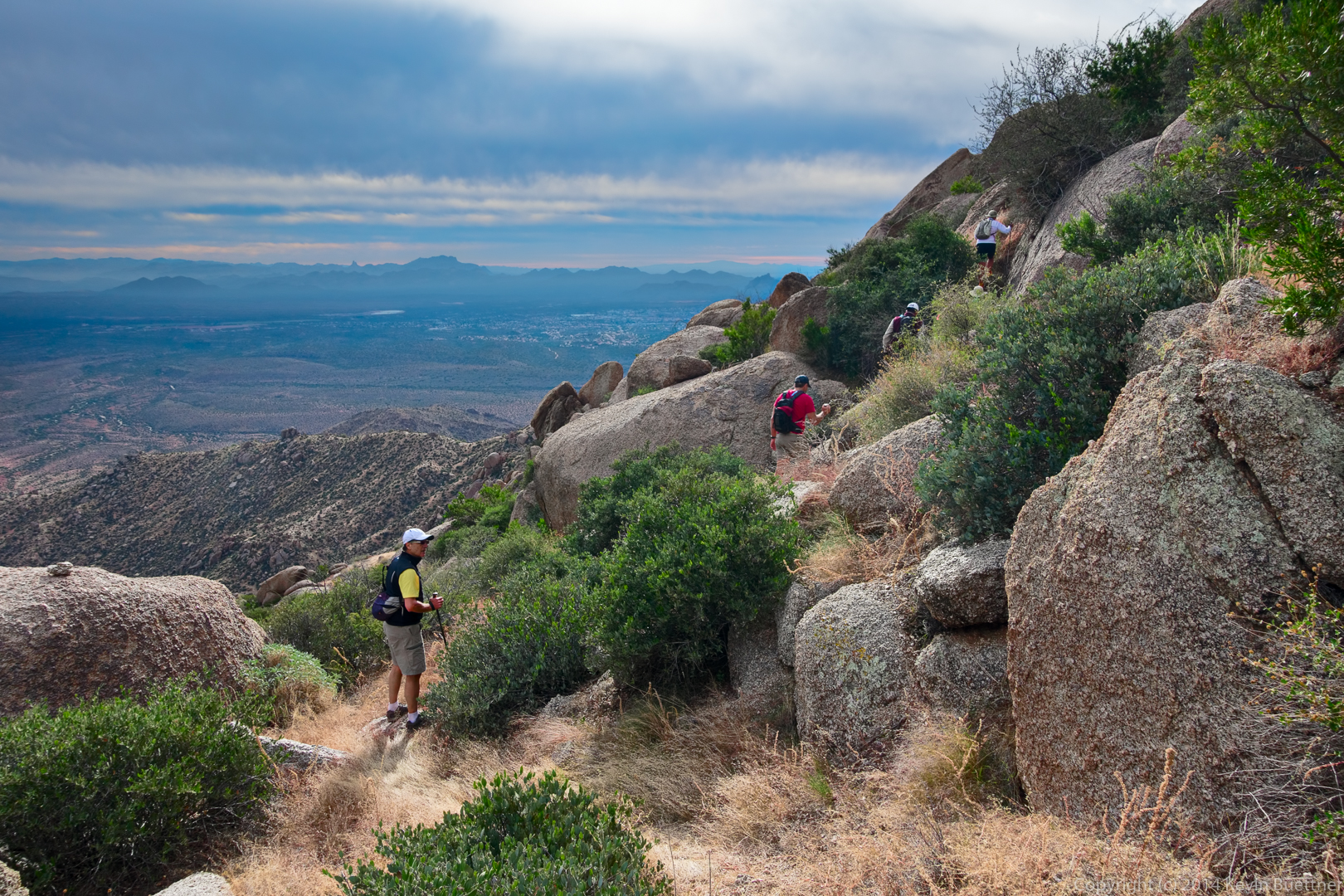 This is a view of the Thumbnail Pinnacle. Bill told me that some people call it Lizard Rock. 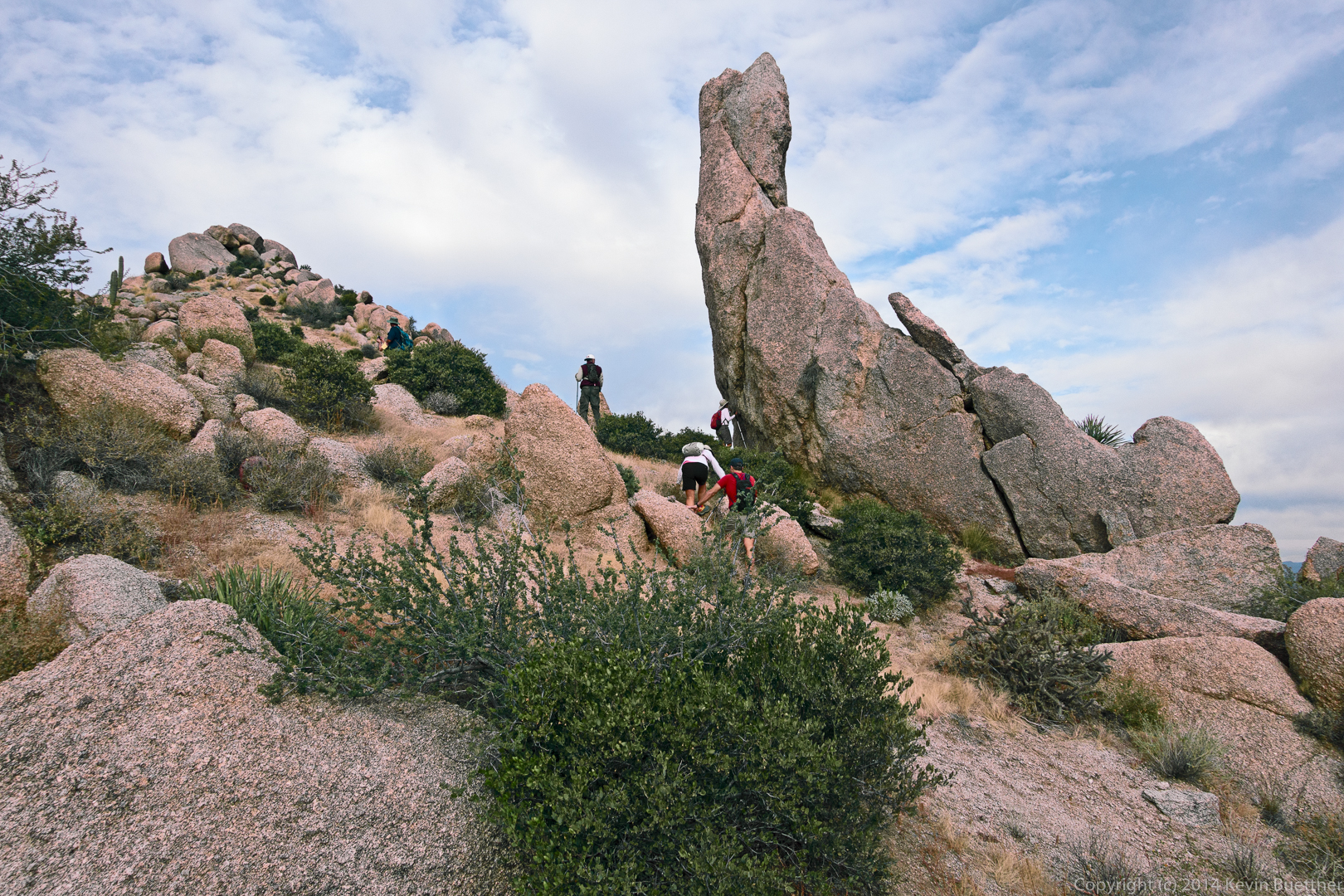 A view of Thompson Peak and another, closer, peak. 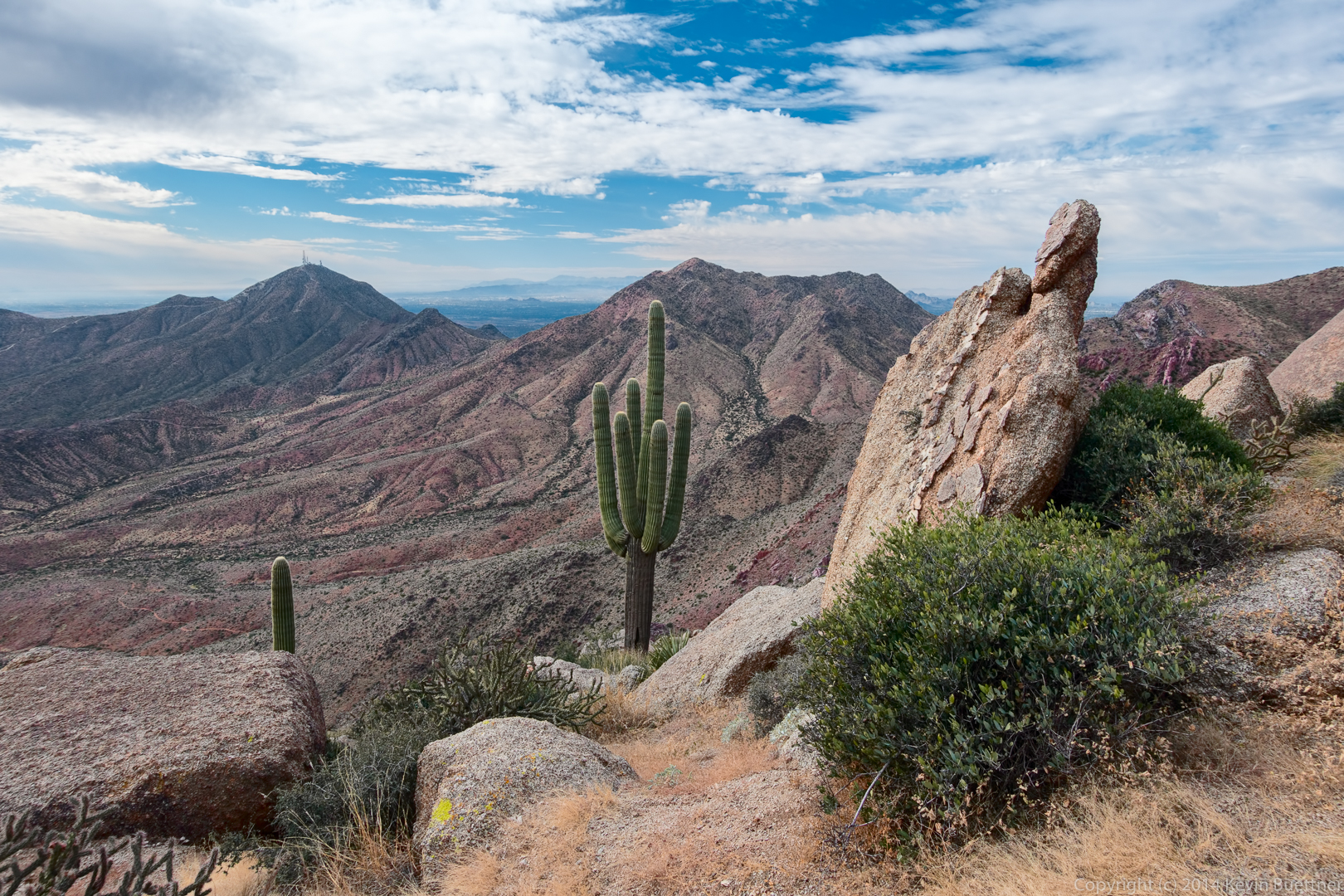 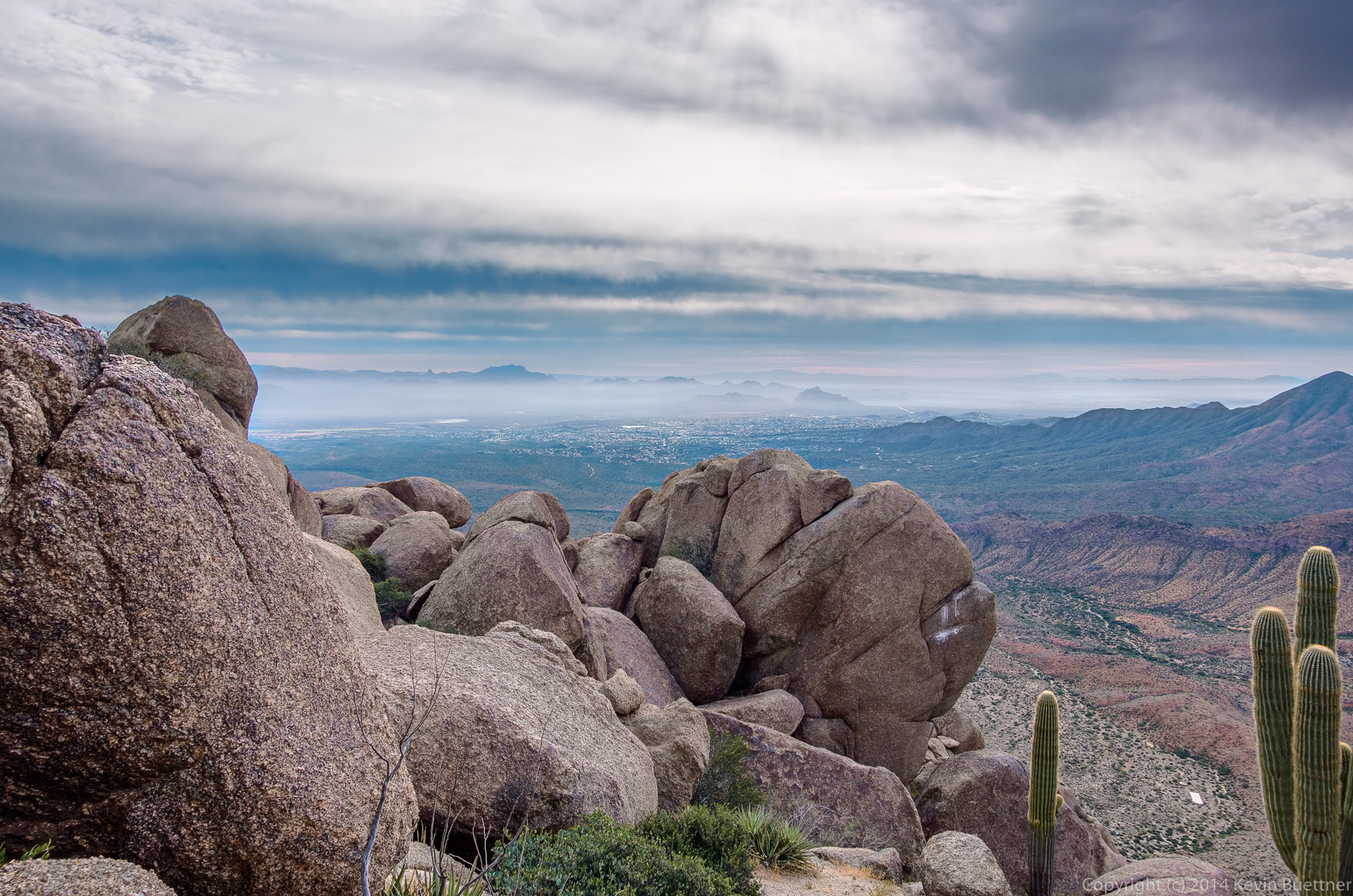 Yet another view of the Thumbnail Pinnacle. It looks very different from this vantage point. 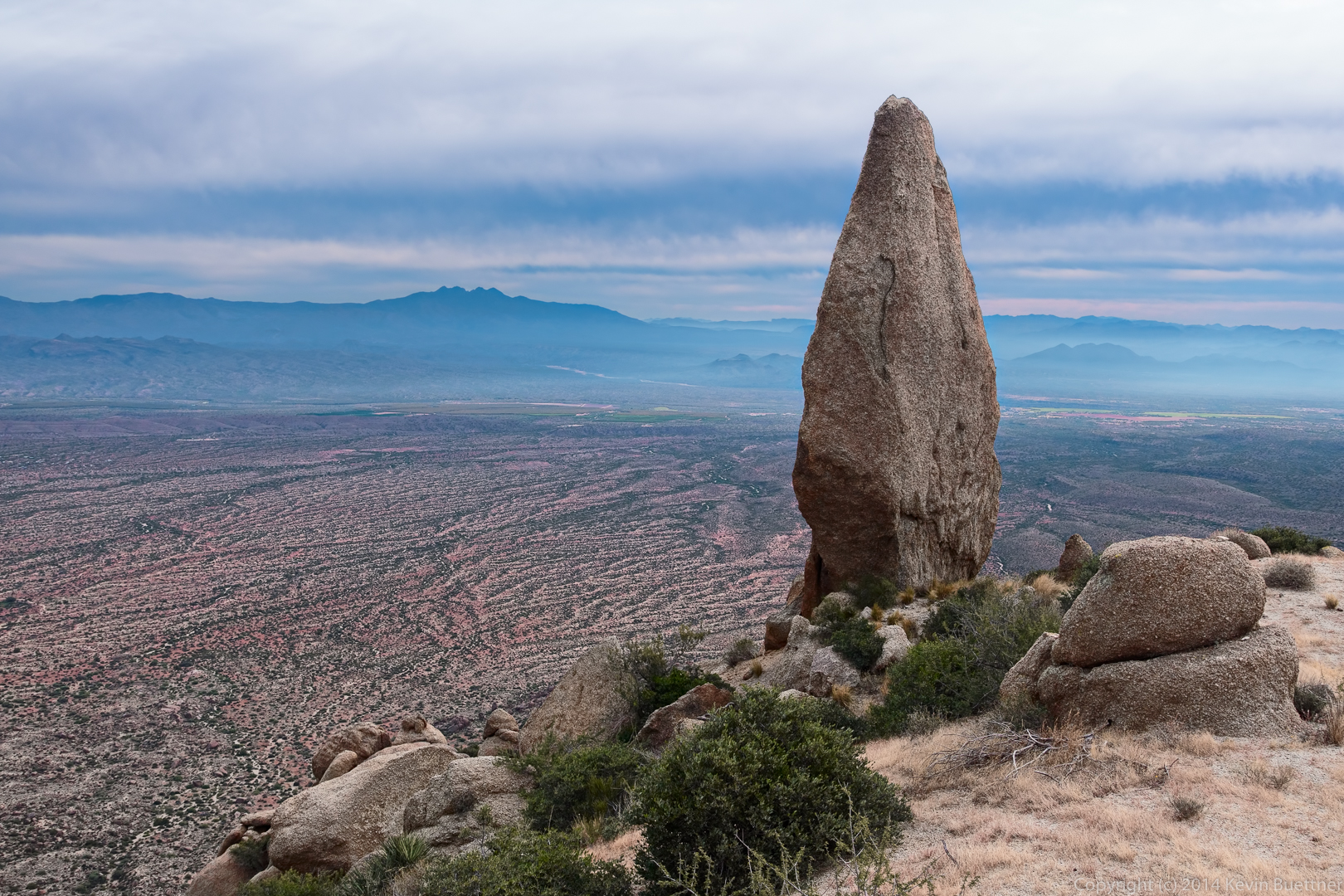 Janet and Allen on their way to the upper ridge that will lead us over to the East End. 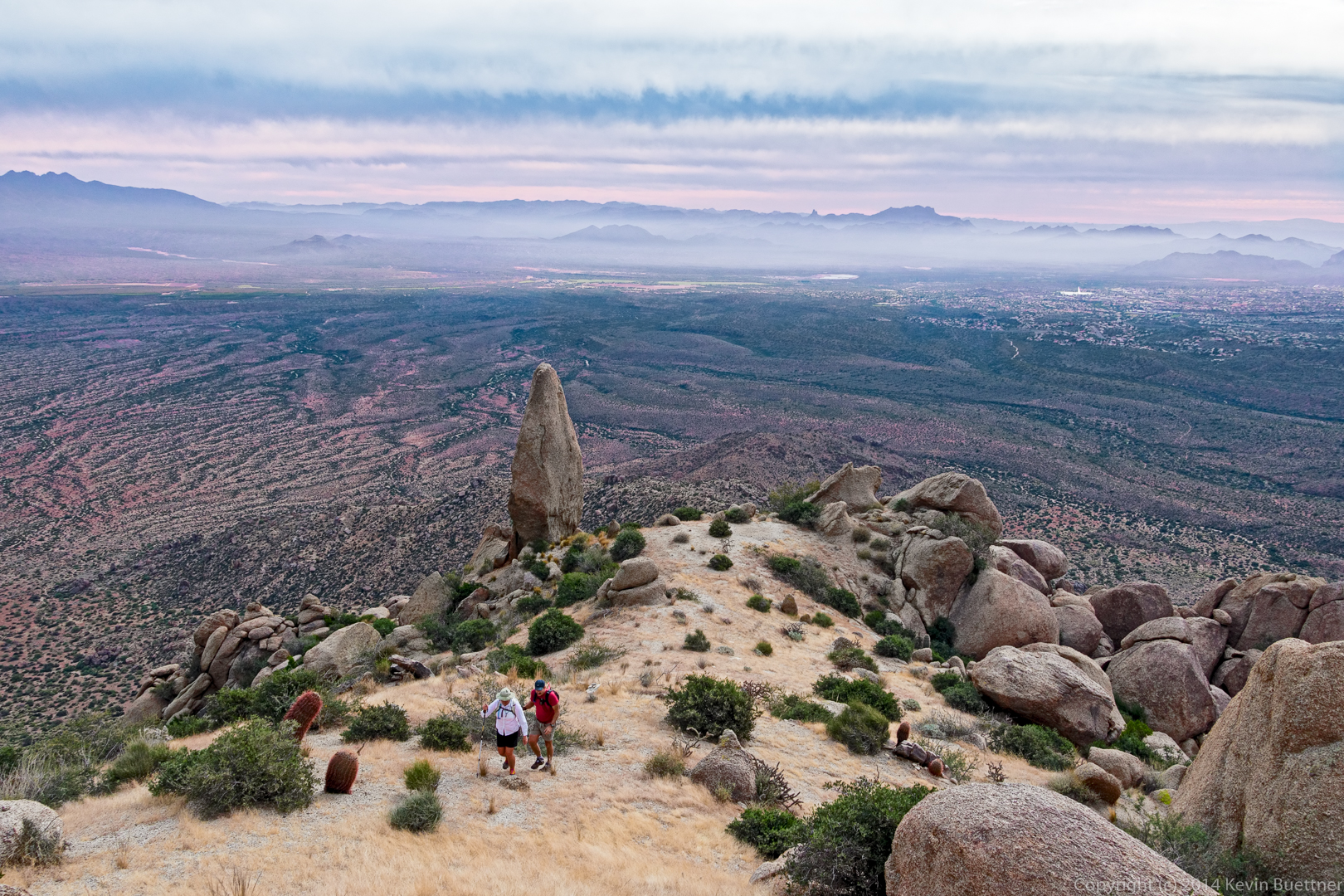 Allen poses on a large boulder along the way. 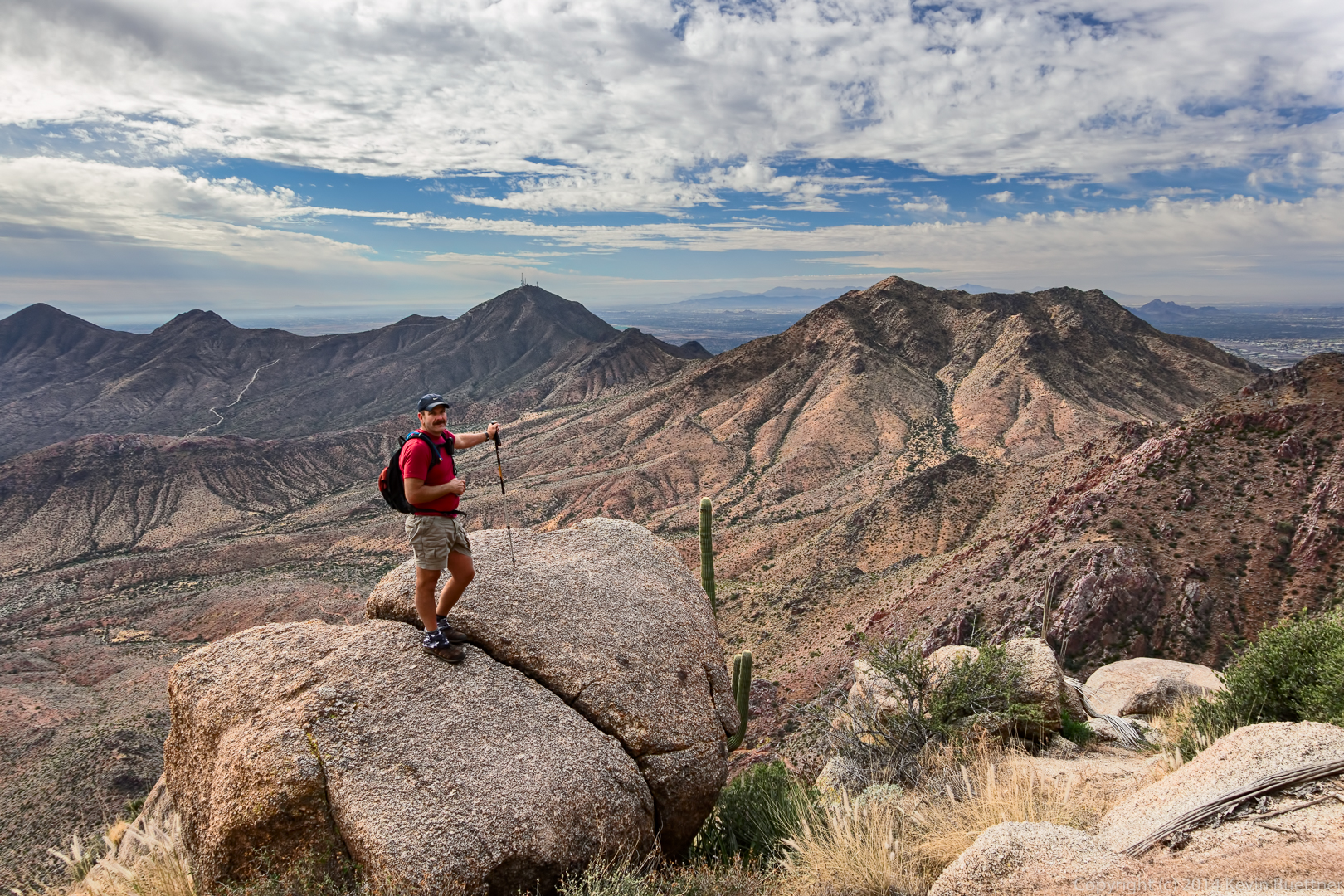 The Thumbnail was out of sight for a while after we gained the ridge. But I noticed that it was momentarily visible again as we made our way towards the East End. 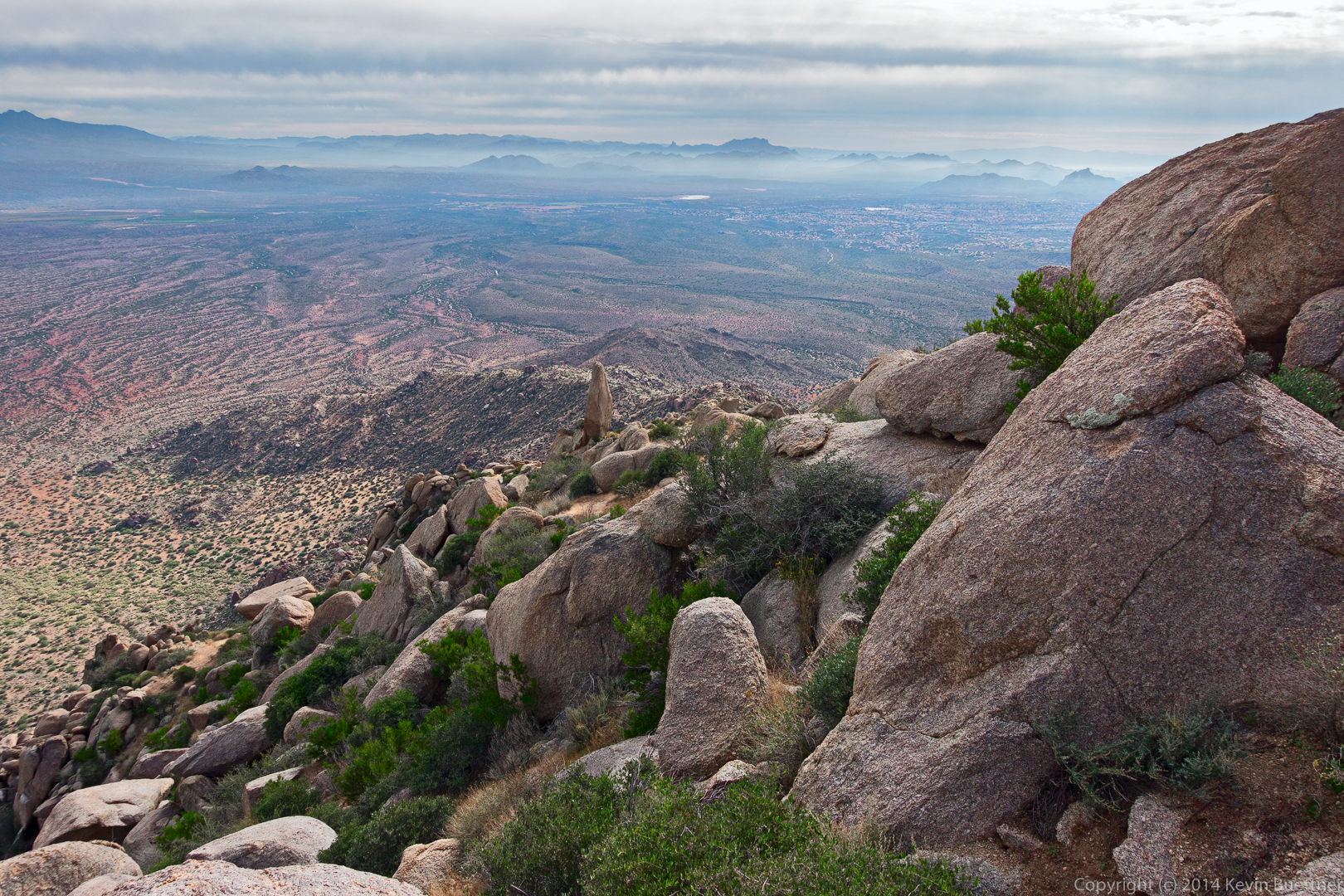 Frank gets a good view from a boulder at the crest of the ridge. 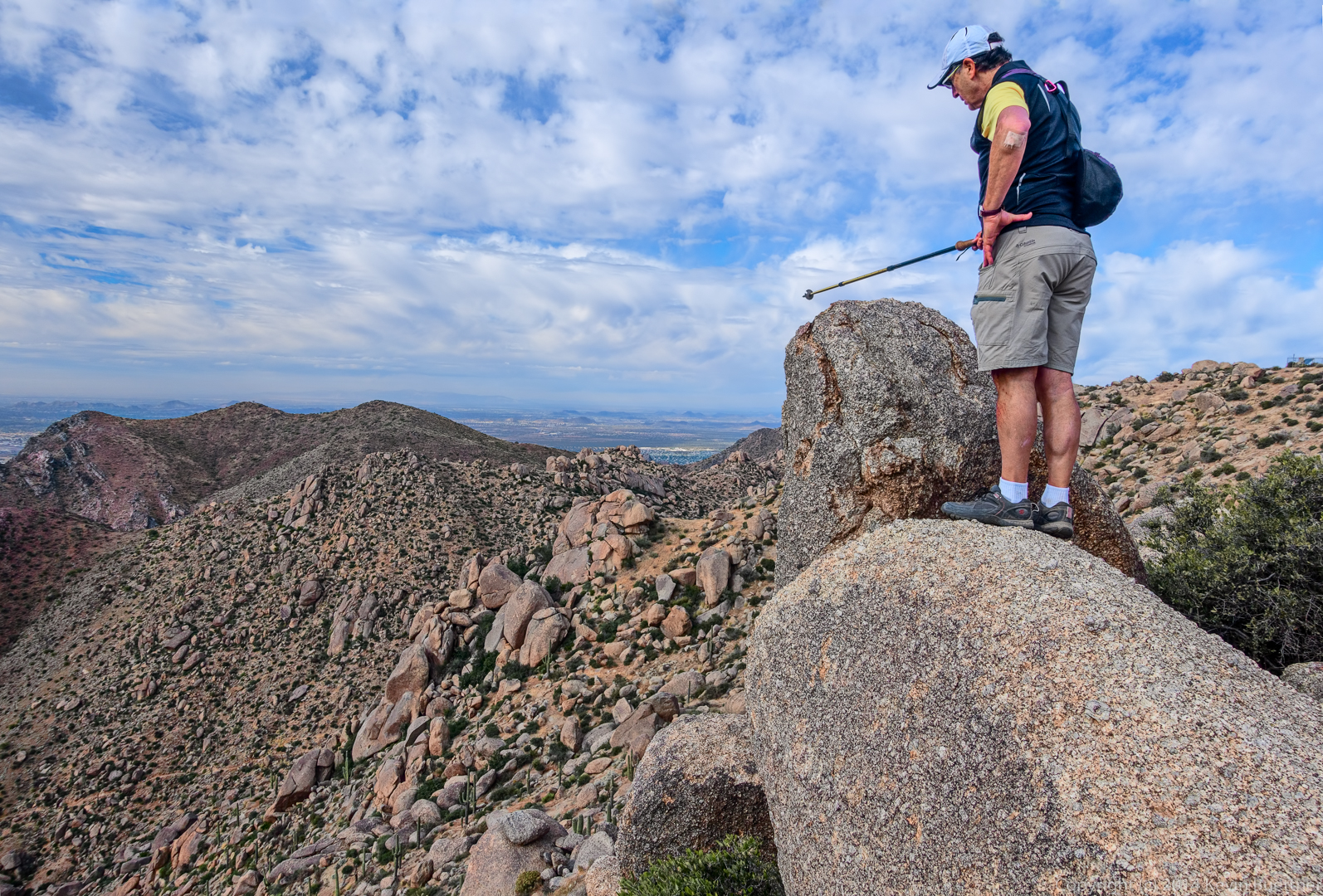 I think this is the most difficult part of the hike. A short but loose descent leads down to a good trail. 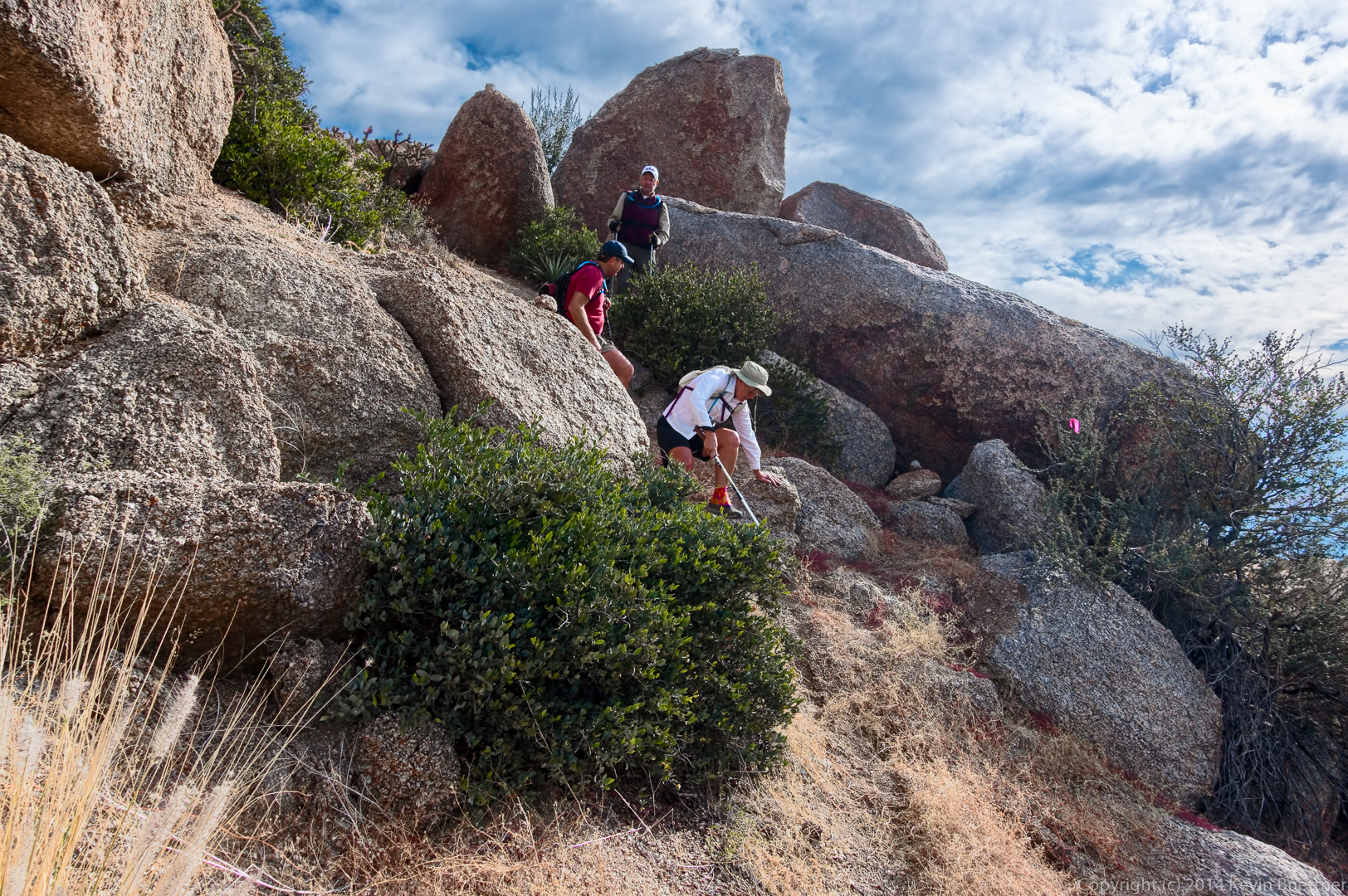 A view from the East End: 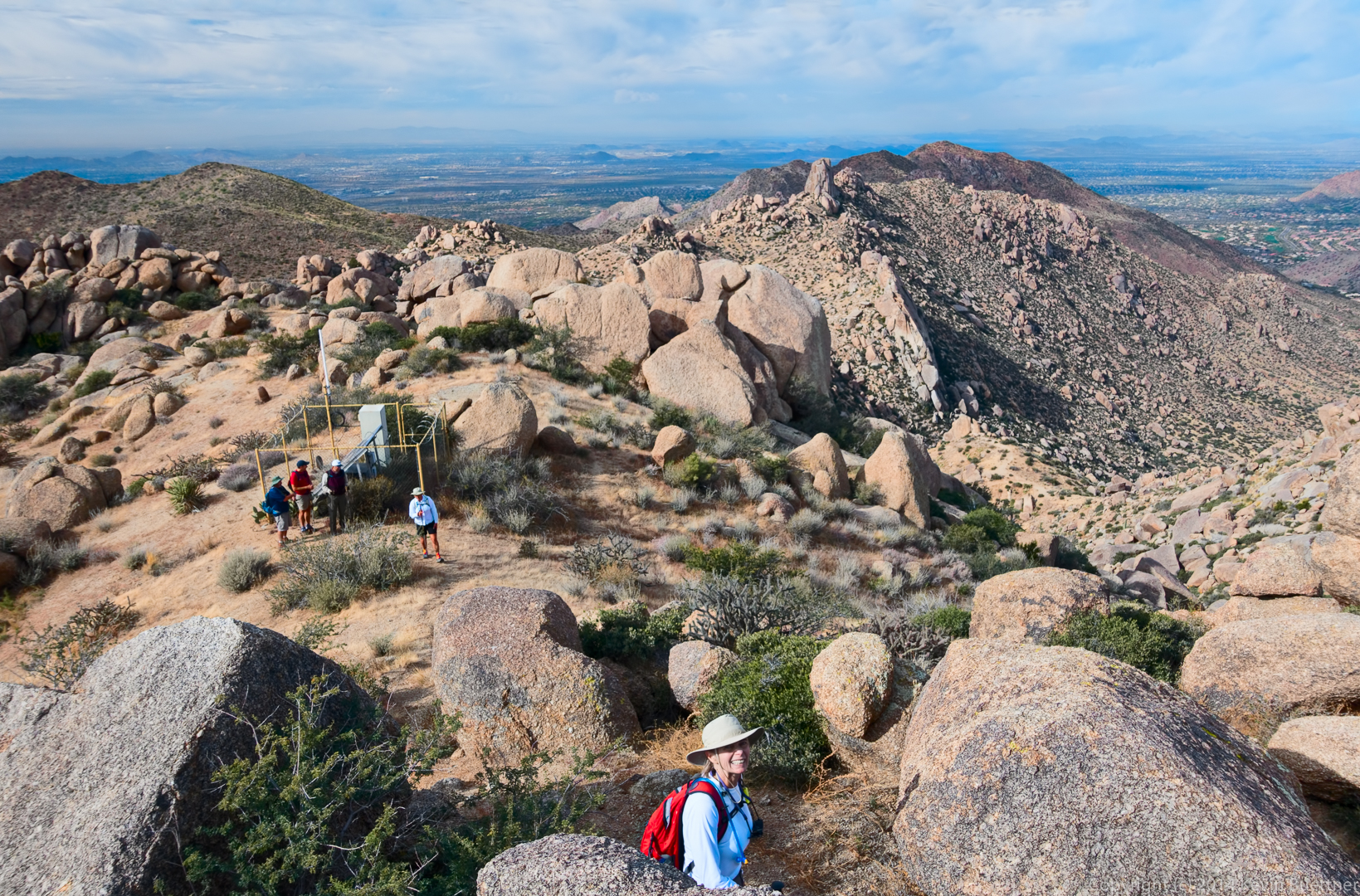 Bill, Janet, Frank, and Allen at the summit. Frank is signing the summit log. 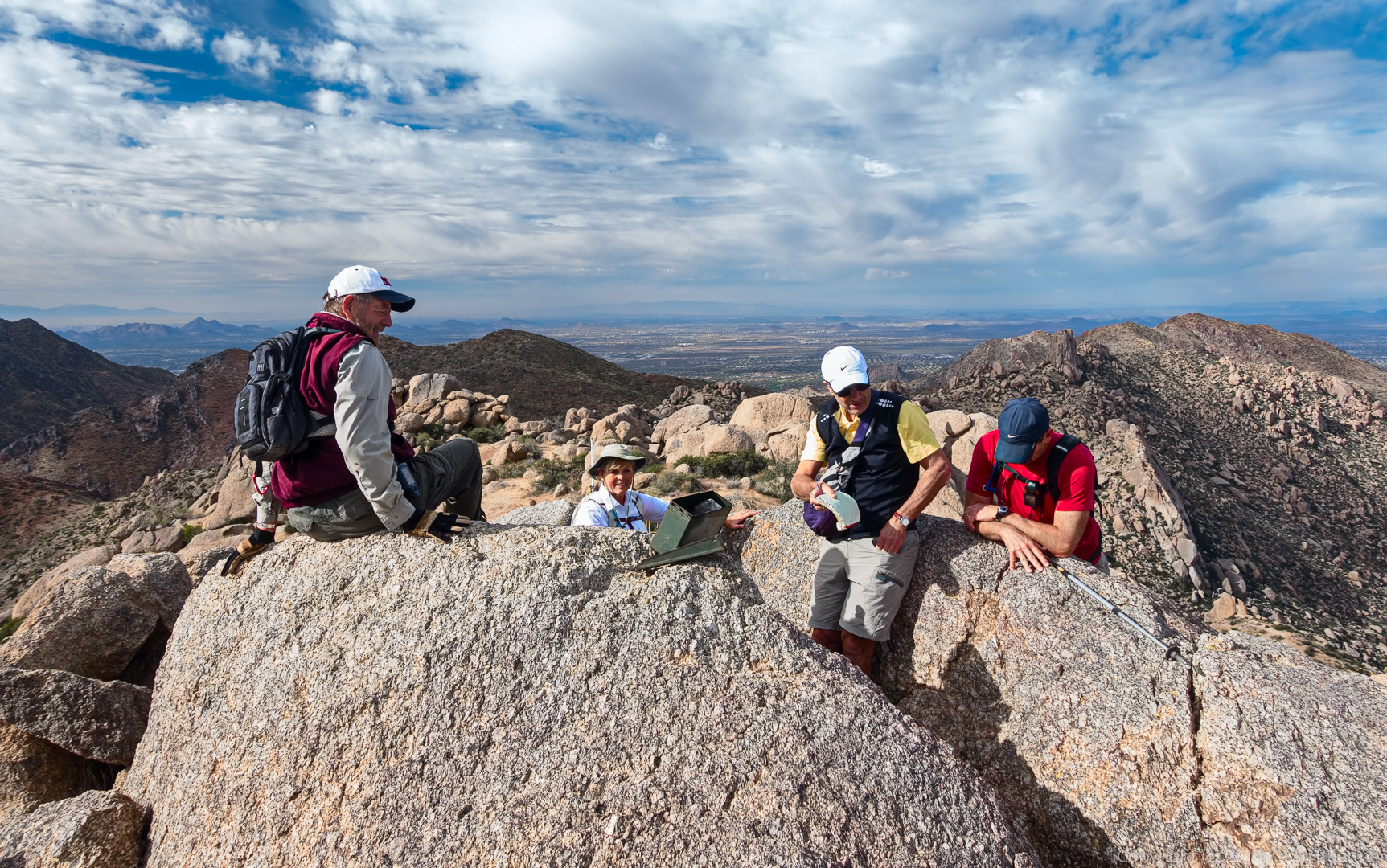 Another view of the summit. The fountain (in Fountain Hills) can be seen behind the rocky ridge that we had to hike to get over to the summit. 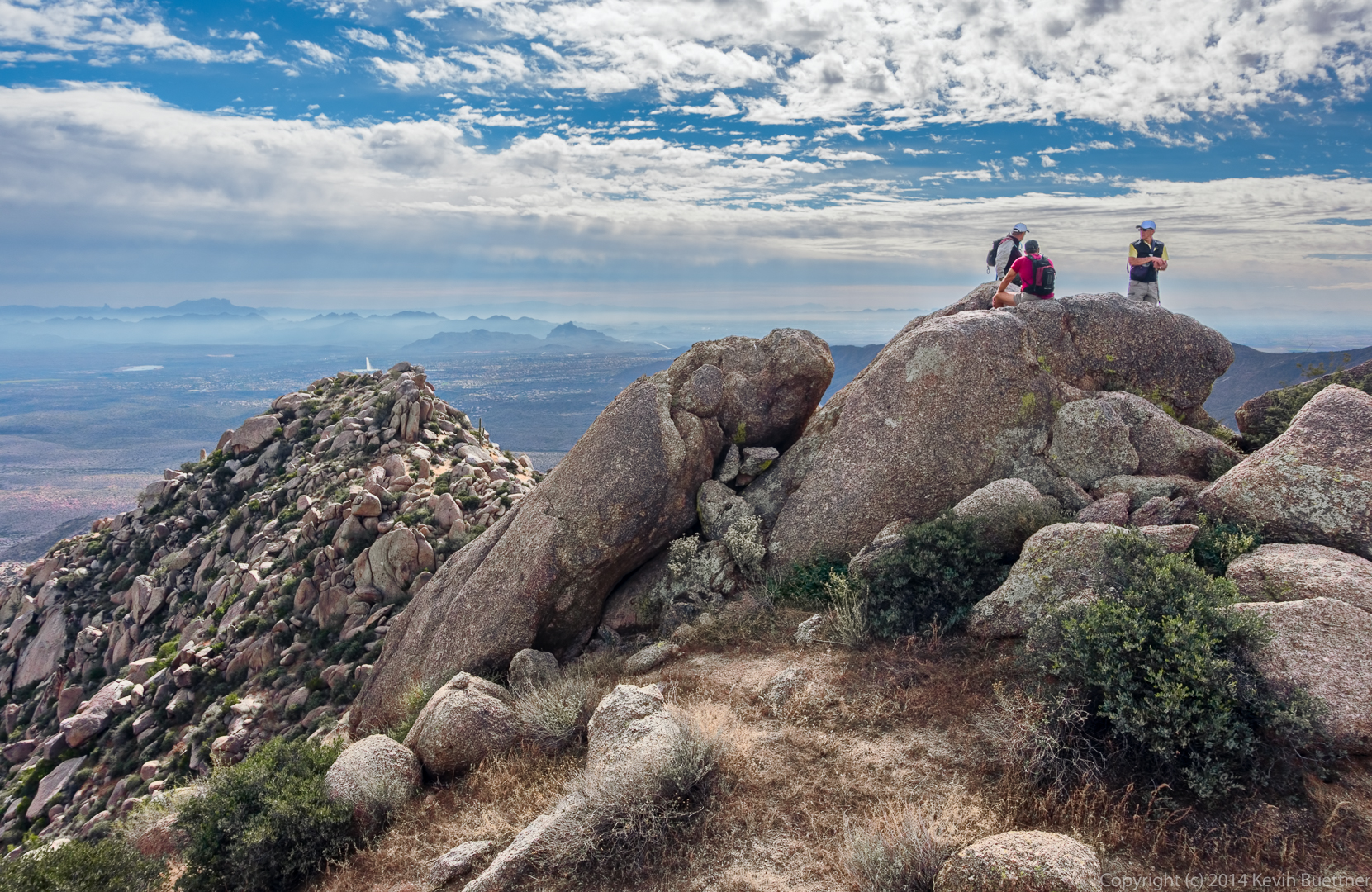 Another view in the same direction. I was off of the summit at this point and took a few more photos prior to descending to the Tom’s Thumb Trail. 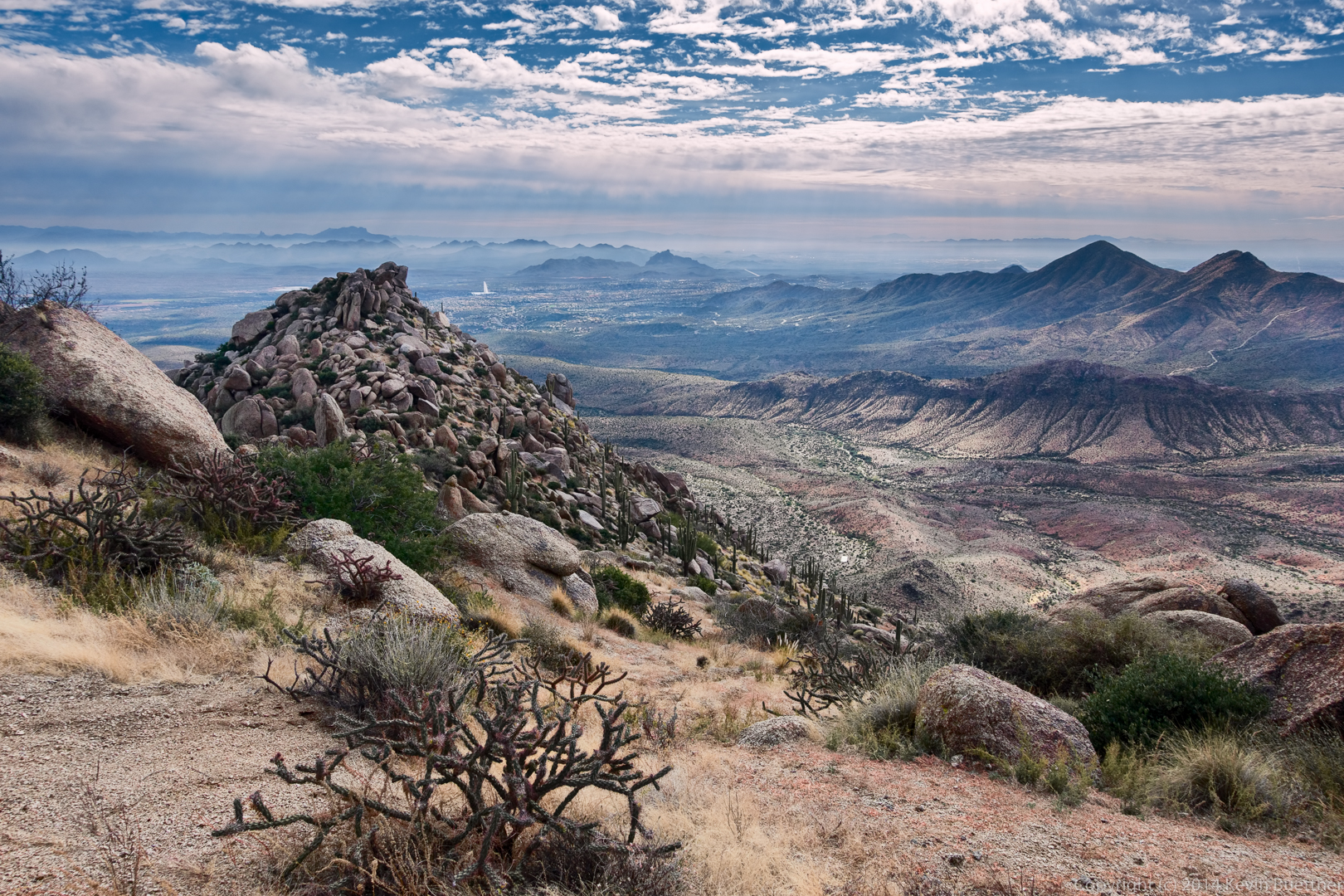 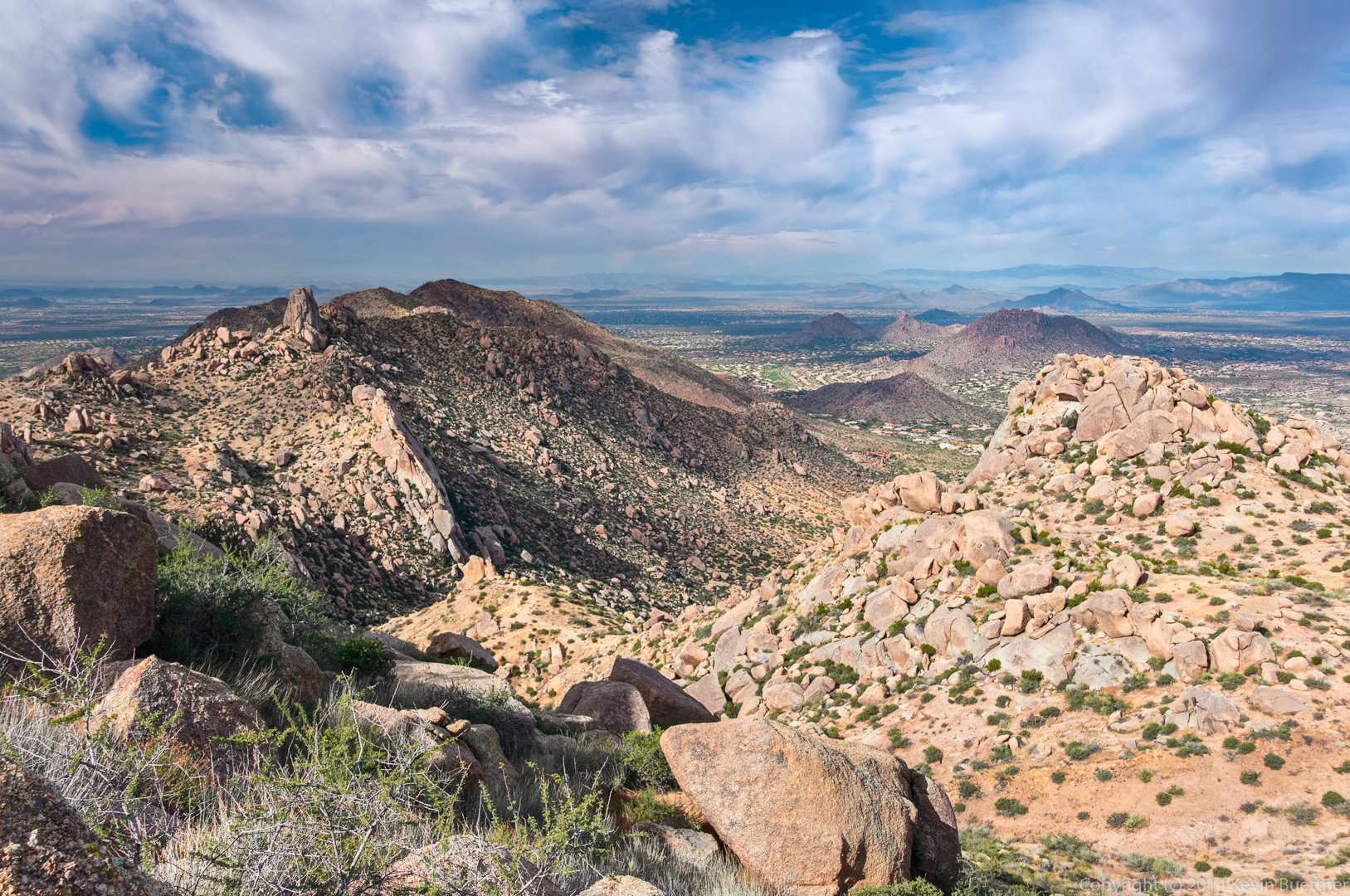 Descending from the East End: 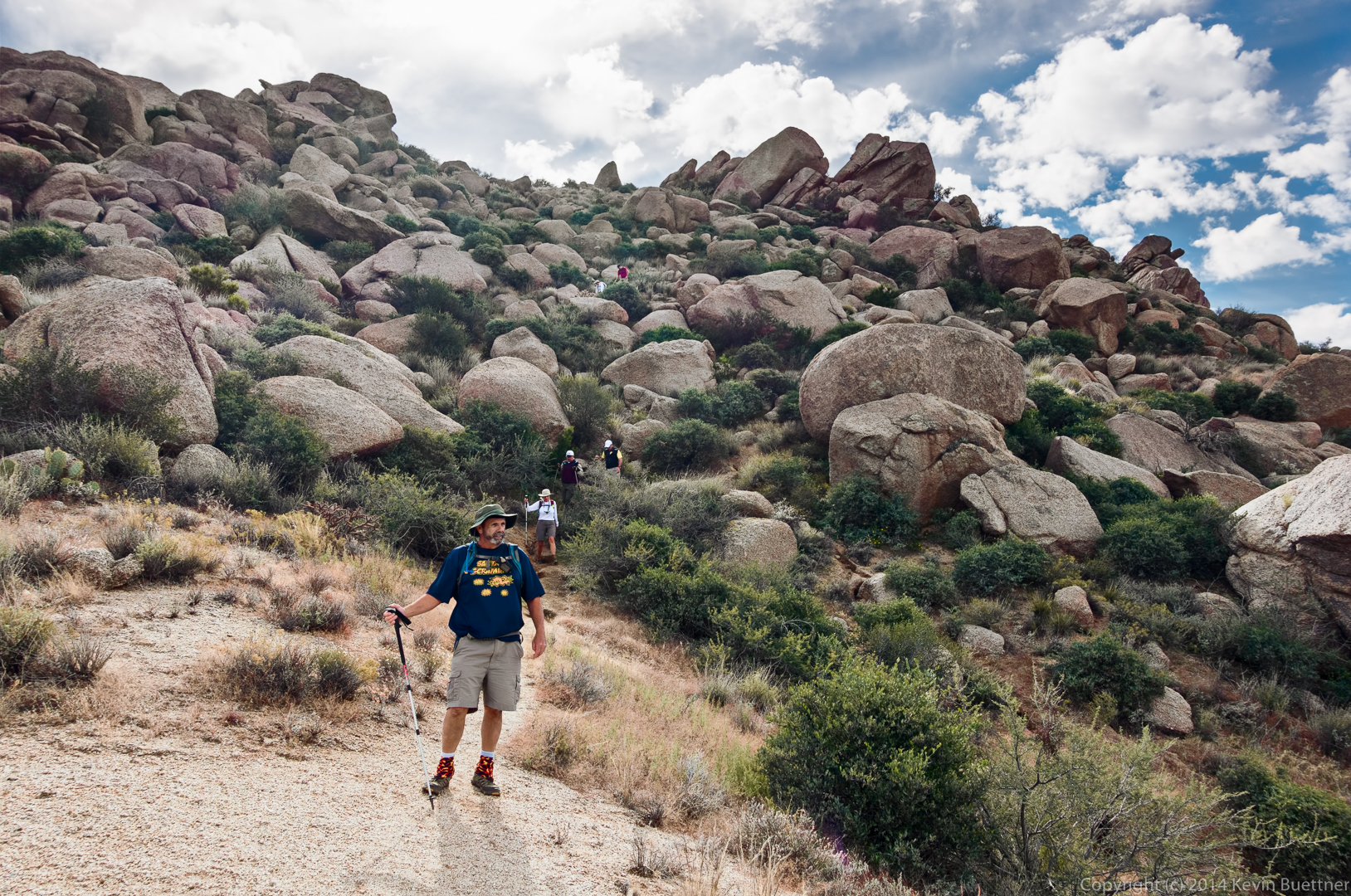 A view of Glass Dome and Tom’s Thumb: 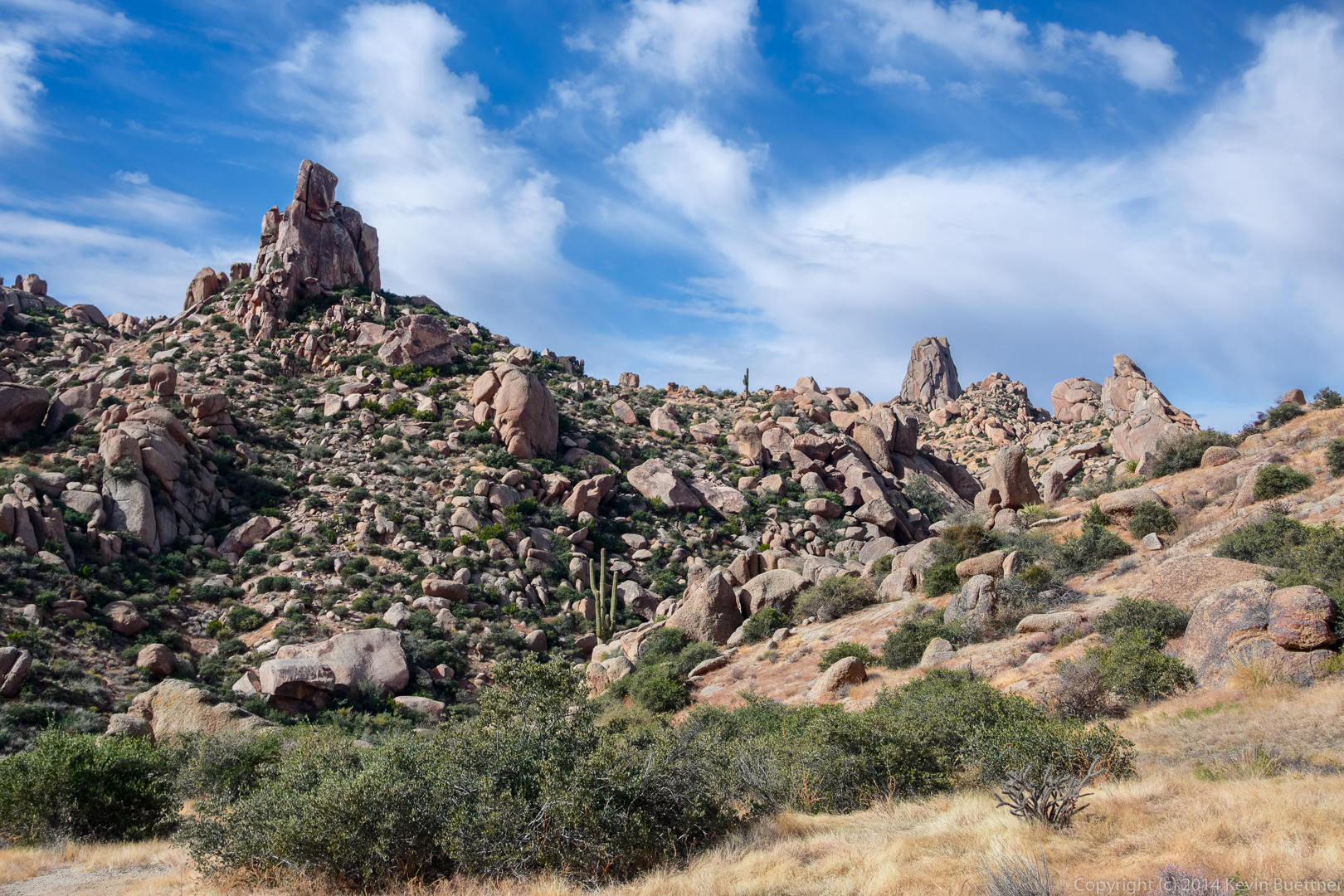 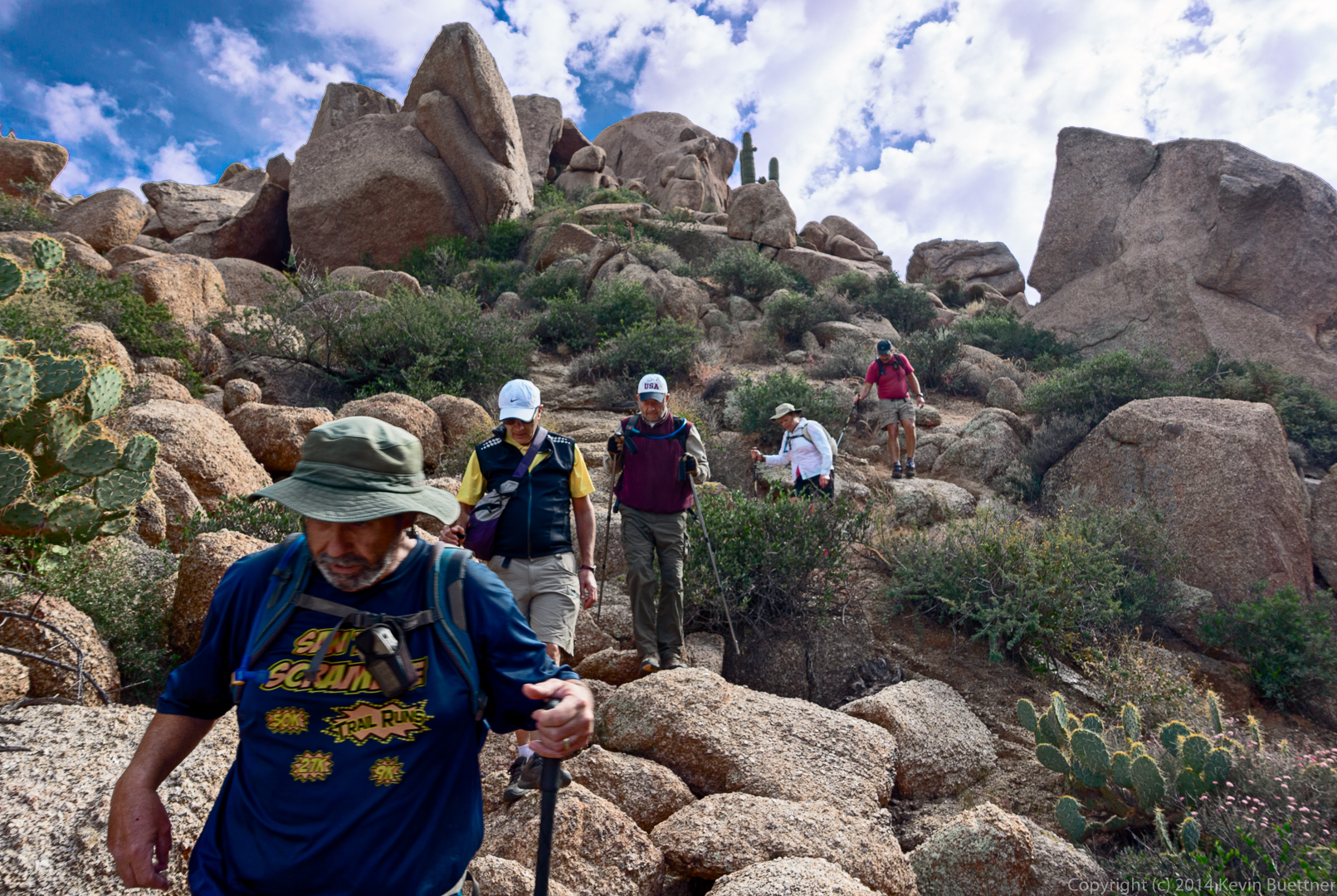 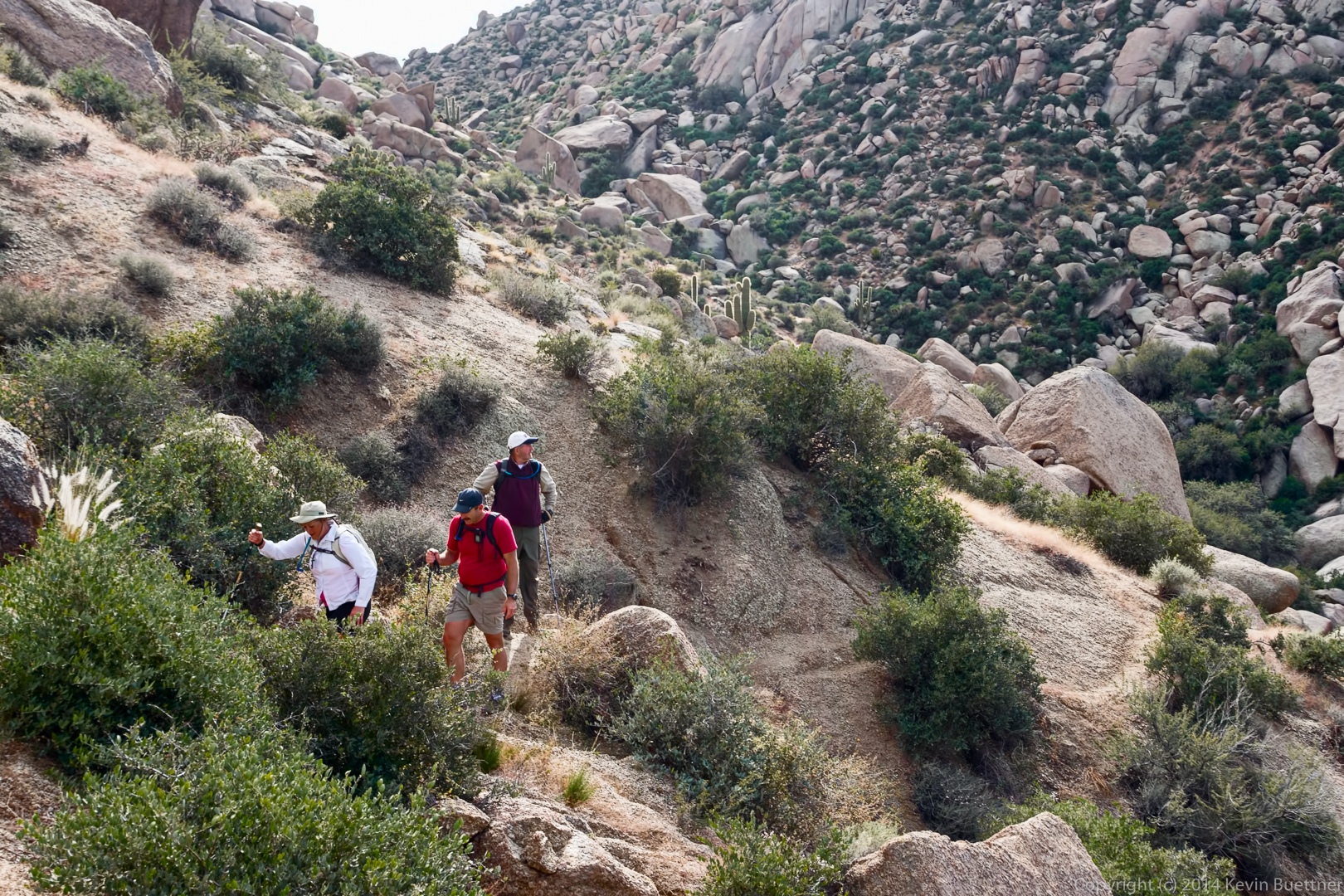 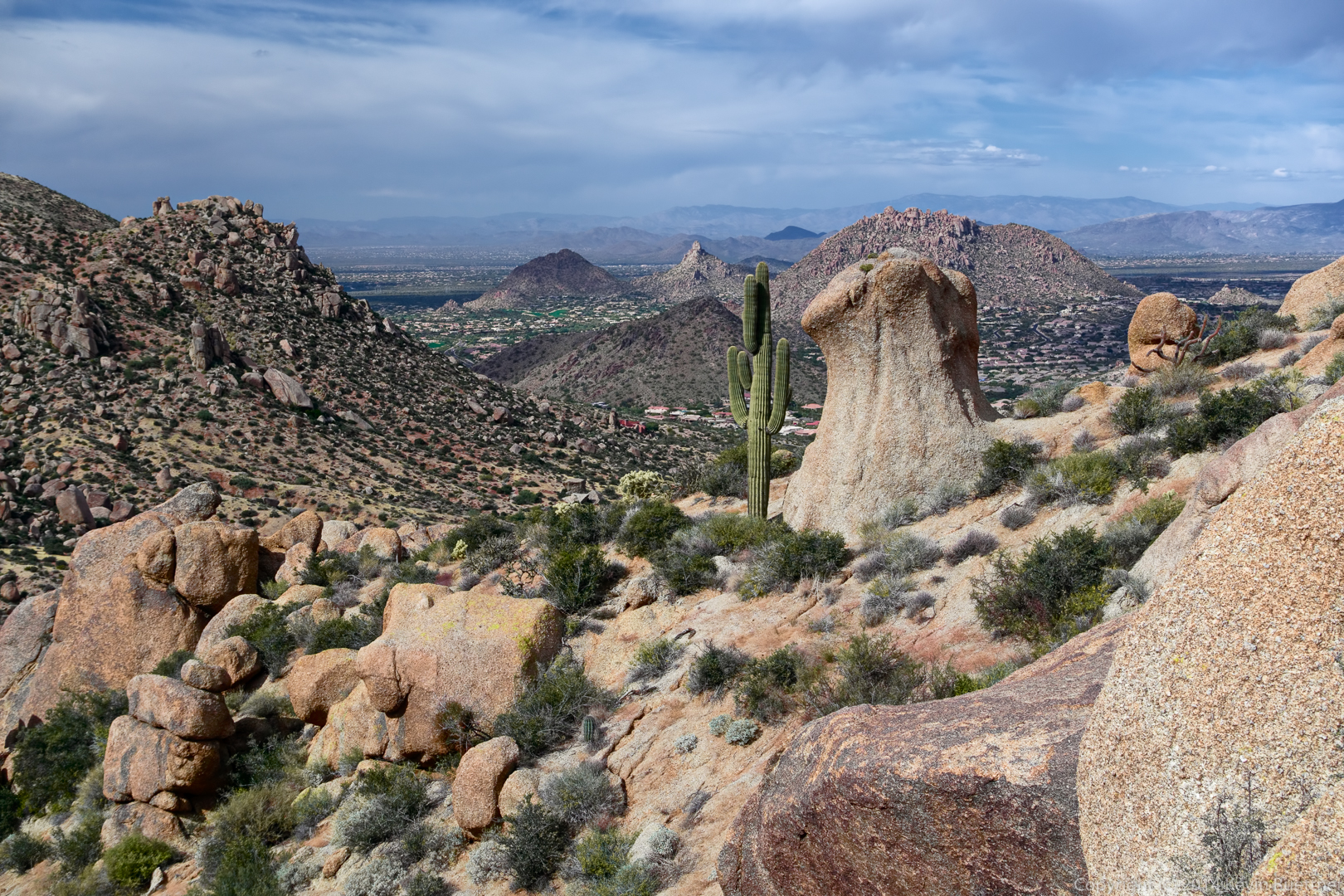