Friday’s hike started at the Wagner Trailhead.  We hiked Wagner to Delsie, where I realized perhaps three quarters of a mile later that we had inadvertently turned onto the Delsie Trail instead of staying on the Granite Trail as was our intent.  But that was okay, because we had a nice hike back to the Granite via Stoneman Wash.  Once we got back to the Granite, we hiked a short ways further until we reached the wash which parallels the Bluff Trail.  Some of us hiked up the wash, while the rest continued on with Amy to finish the hike via the Bluff, Granite, and Wagner trails.  Those of us who hiked the wash, hiked all the way up to the Pemberton, and returned via the Bluff, Granite, and Wagner Trails.

Amy held the brush aside so that I could get a photo of this kangaroo rat: 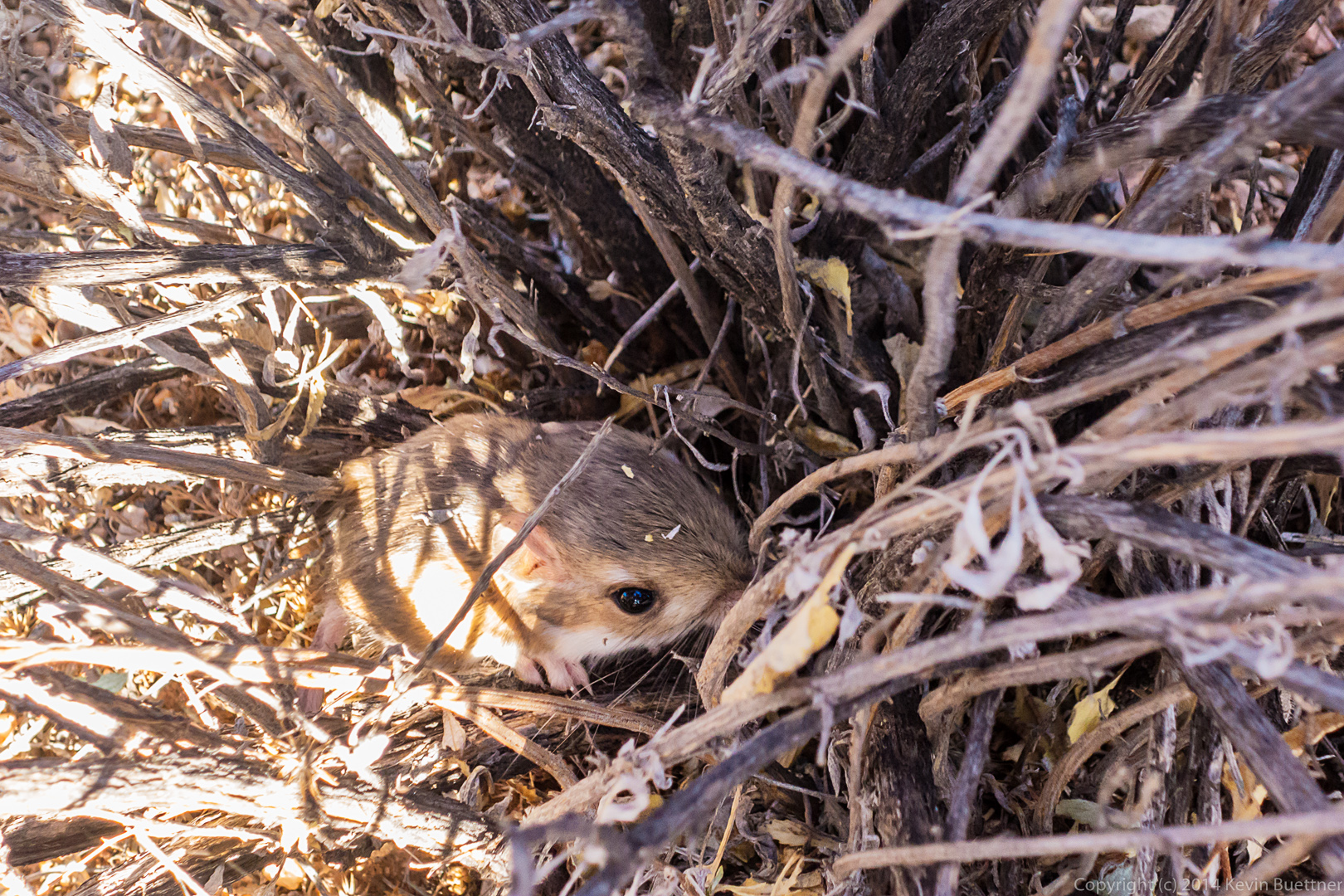 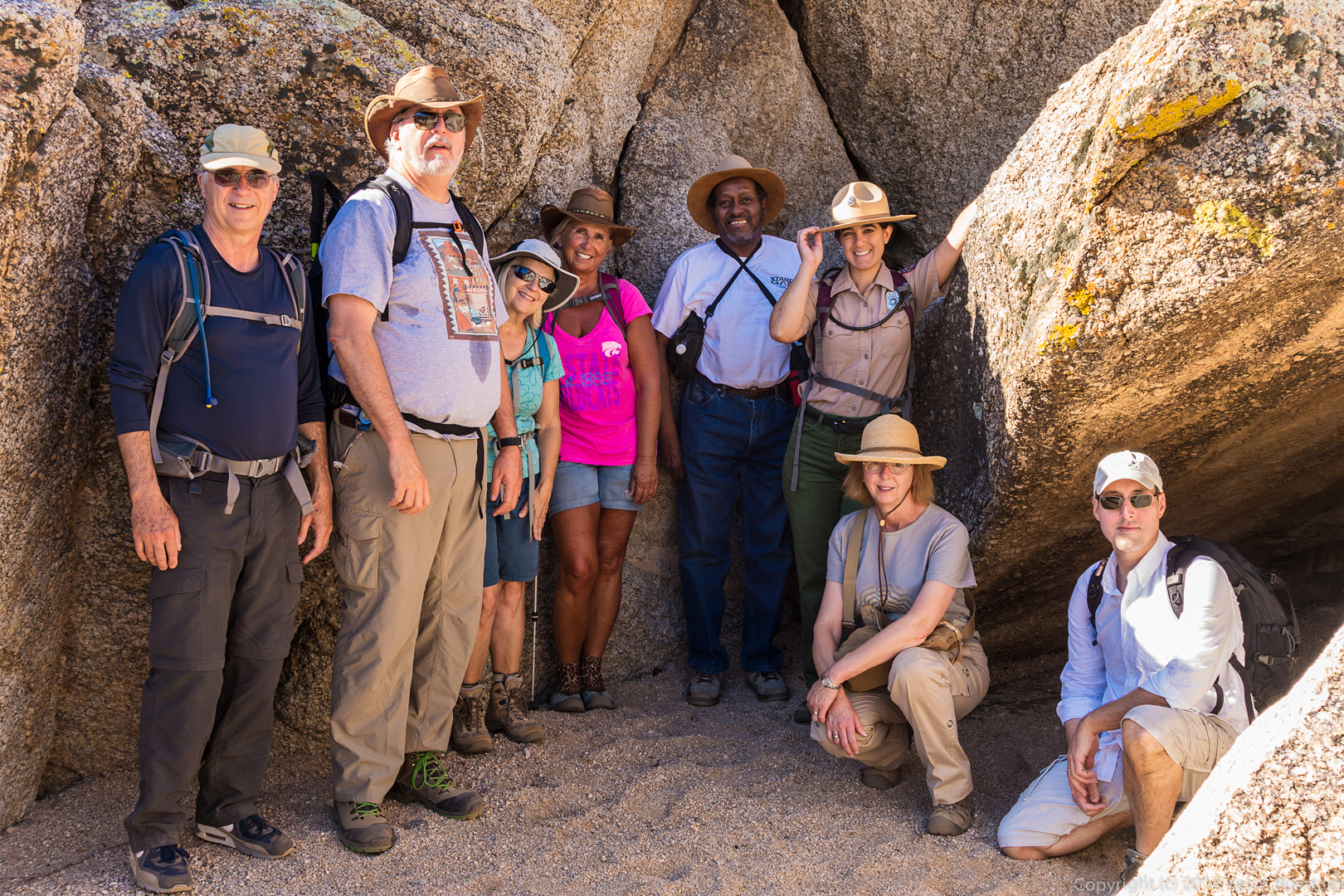 There aren’t many good looking wildflowers left, but we did see some Sandwash Groundsel: 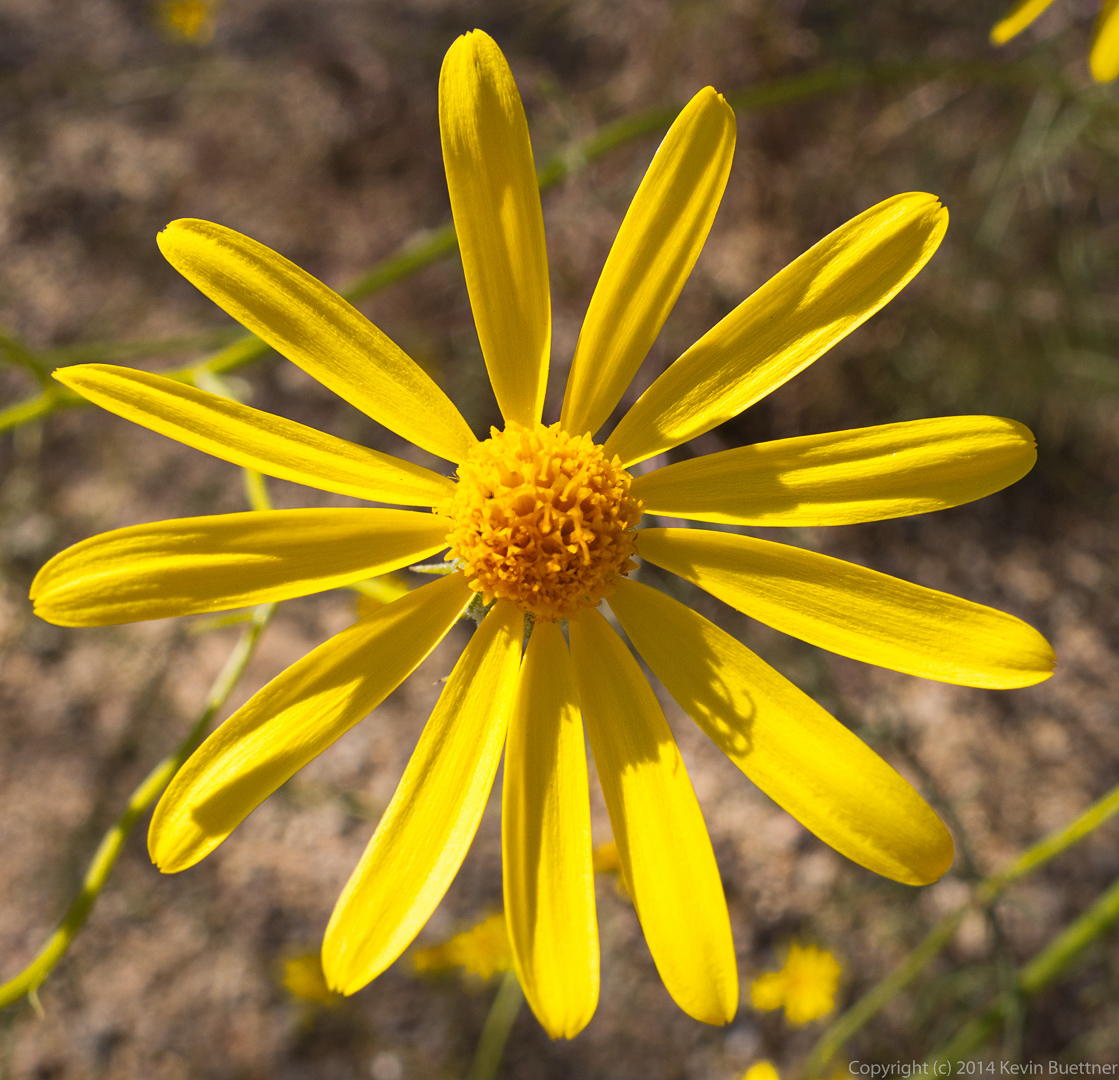 A large rock with a small cardinal on top: 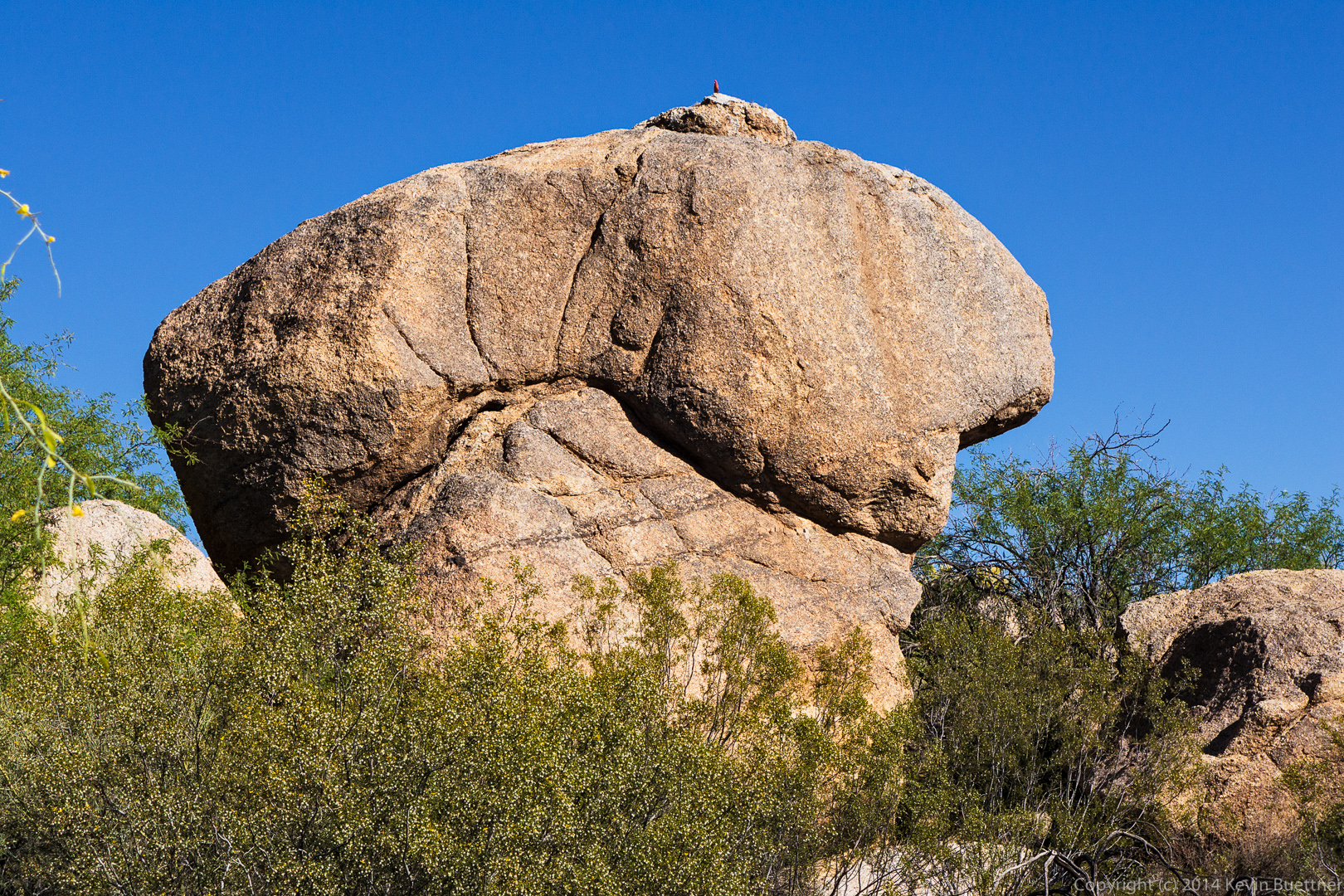 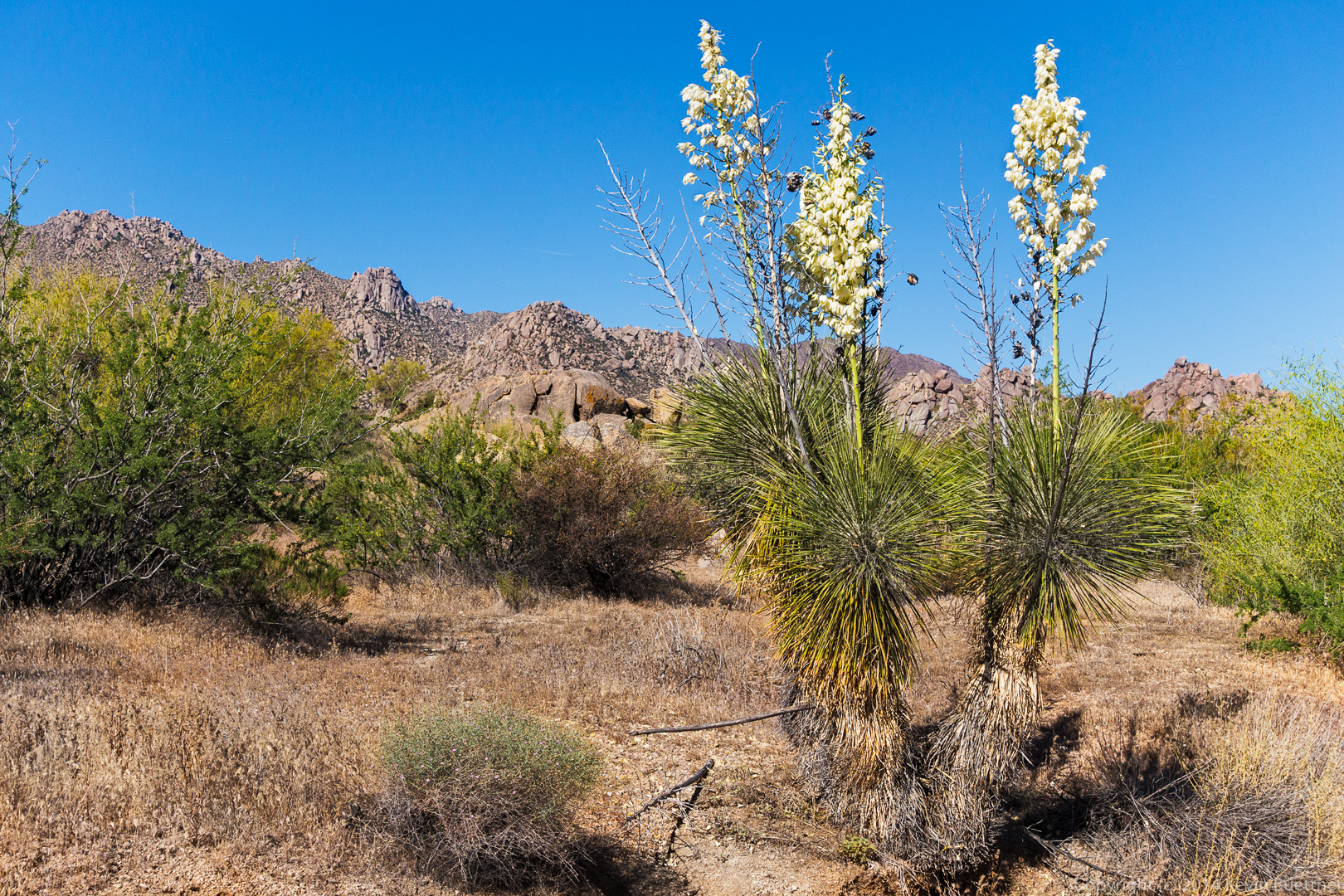 Amy identified this flower for me.  She says that it’s White Ratany. Ernie is in the background. 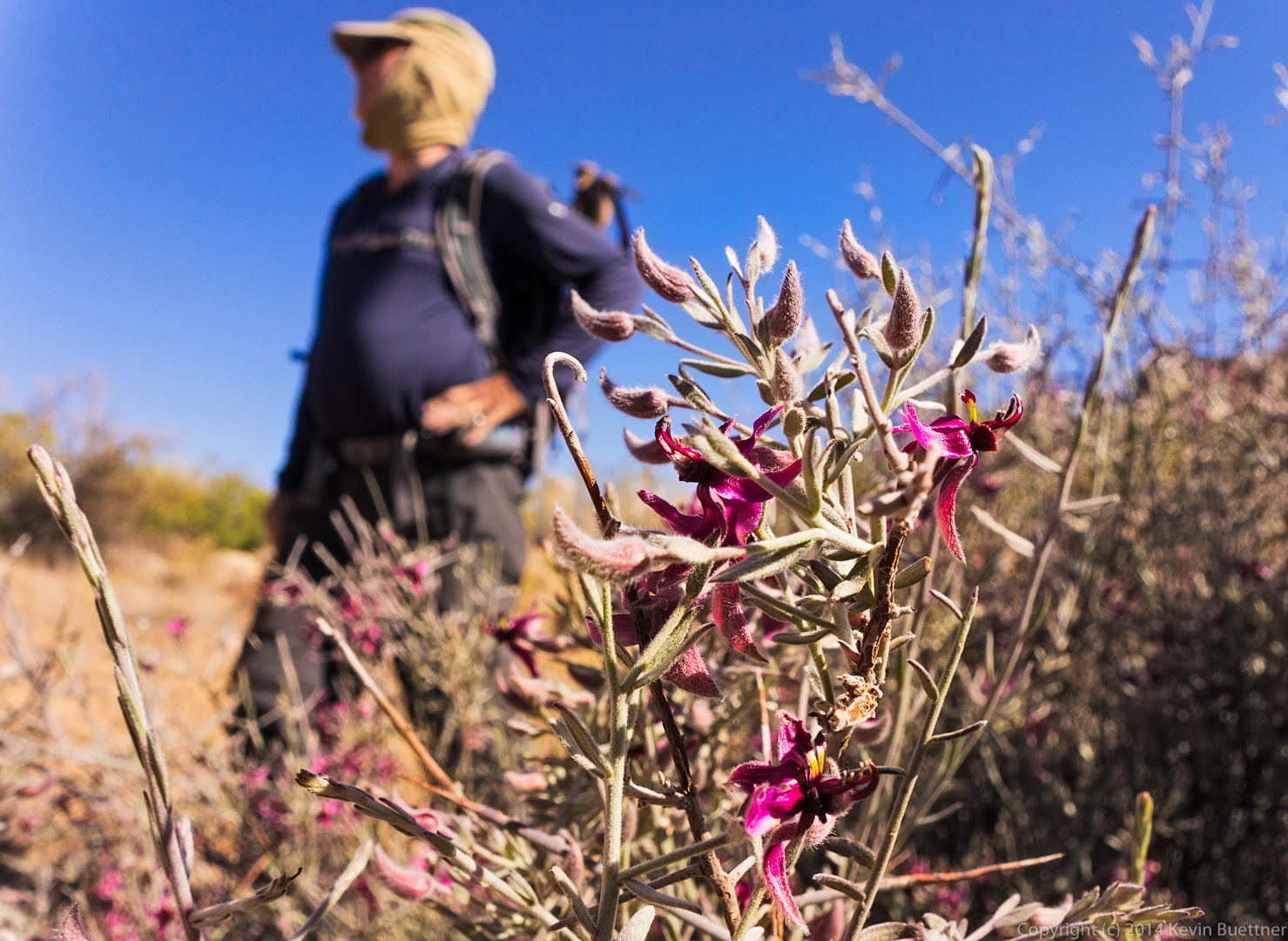 A view from the Bluff Trail.  It’s not obviously visible in the photo, but the wash we had been hiking is amid the rocks in this photo. 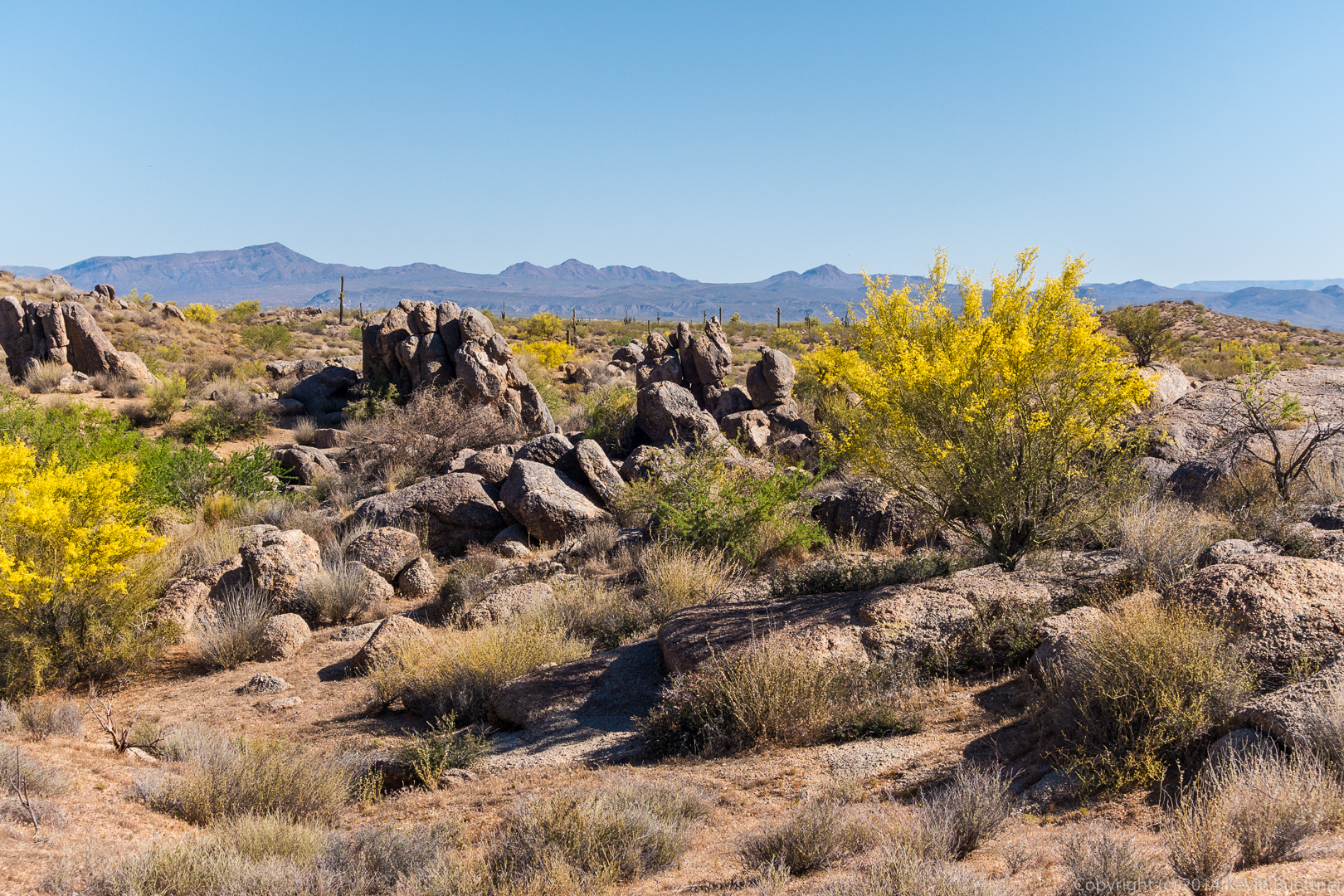 A very healthy saguaro on the Bluff Trail. 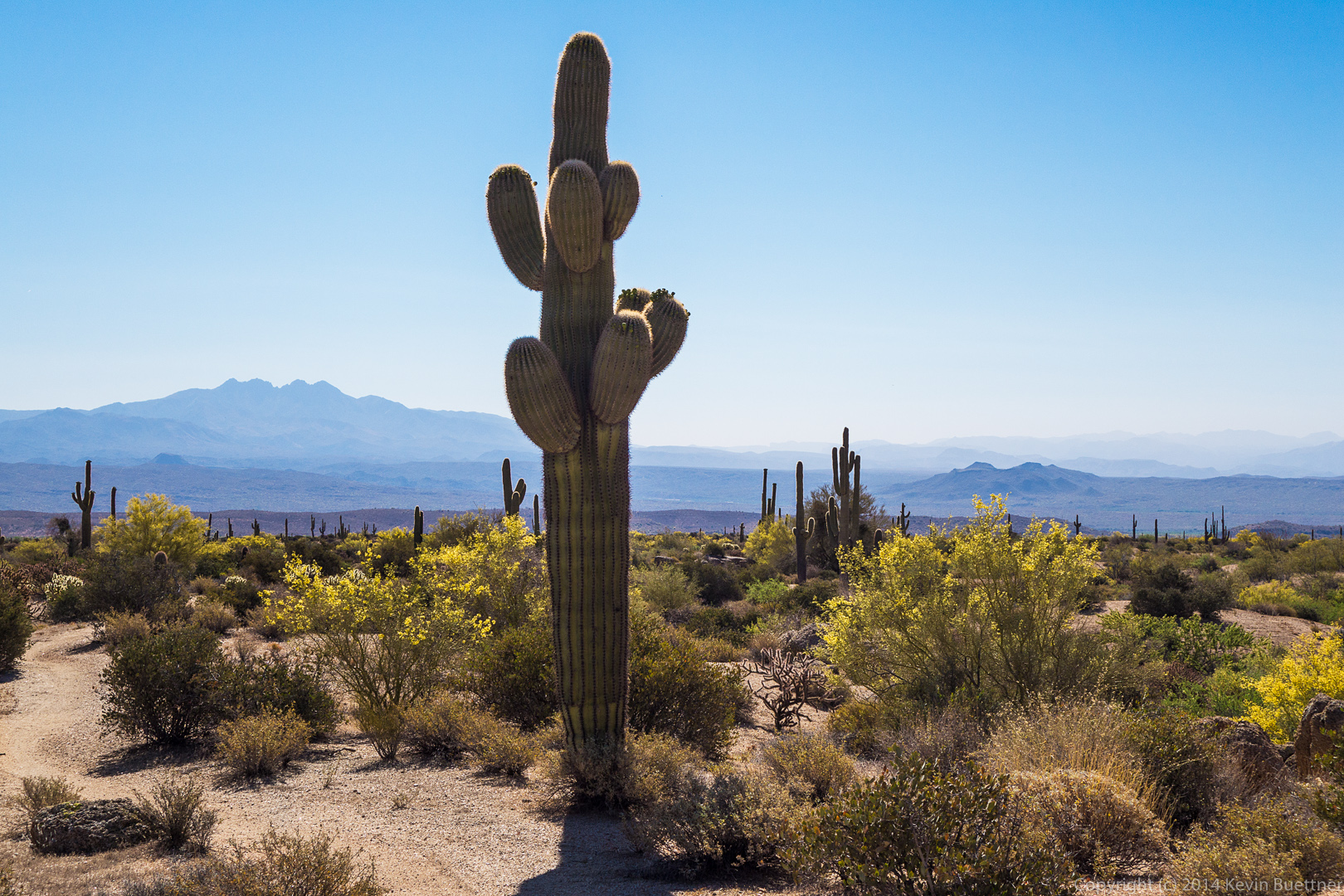 A hedgehog cactus next to a small barrel cactus.  Four Peaks is in the background. 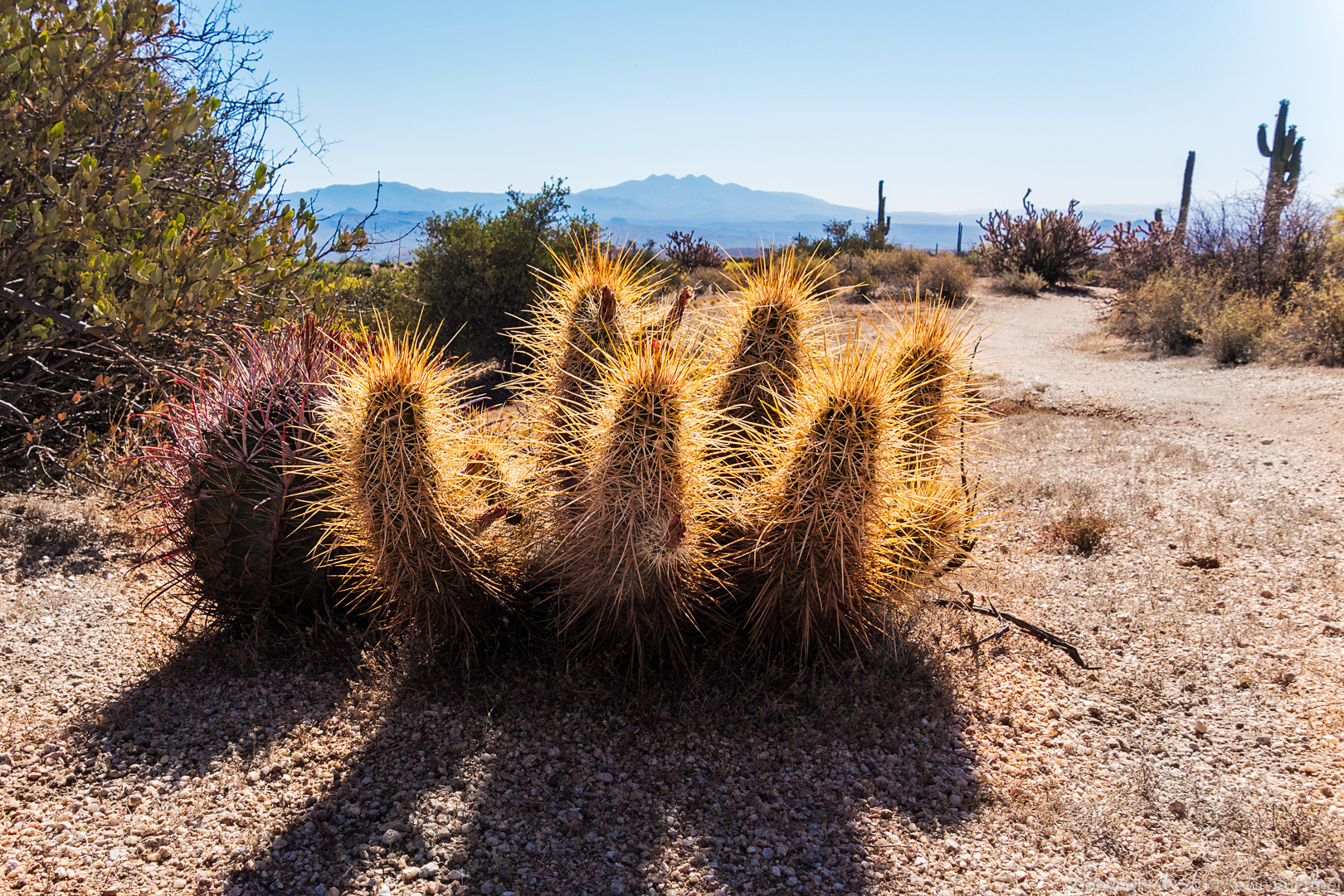 Amy sent me this photo of the Gila Monster that the other group saw on their way back: 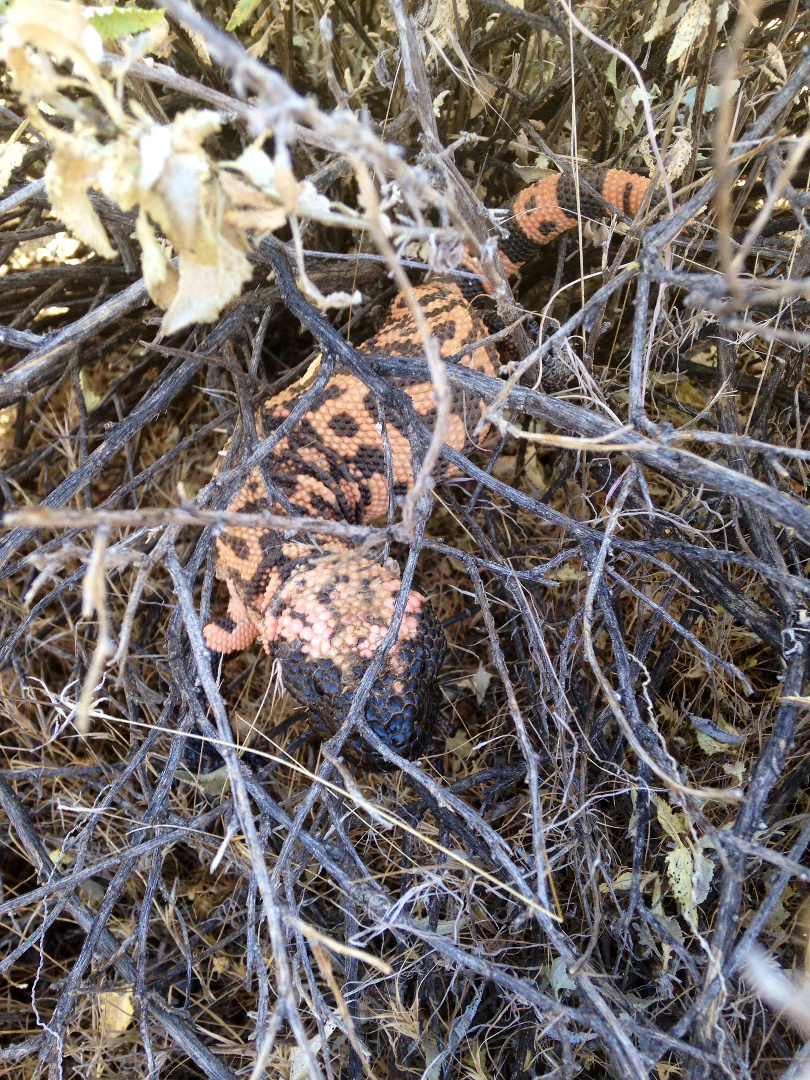