Friday’s hike started at the Wagner Trailhead.  We hiked Wagner to Granite; right on Granite, crossing Stoneman Wash.  Later on, somewhat before the Granite Trail intersects the Bluff Trail, we stopped at an unnamed wash which feeds into Stoneman Wash.  Amy lead part of the group back to the trailhead via the Bluff Trail.  The rest of us hiked up the wash, eventually coming to the Pemberton Trail.  We continued on, up to the base of Rock Knob.  We returned via the shortest path utilizing the Rock Knob, Pemberton, Bluff, Granite, and Wagner Trails.  Total distance for those of us doing the long hike was nine miles with a total ascent of only a bit over 400 feet.

I took this photo from the trailhead as we were waiting for the hike to start: 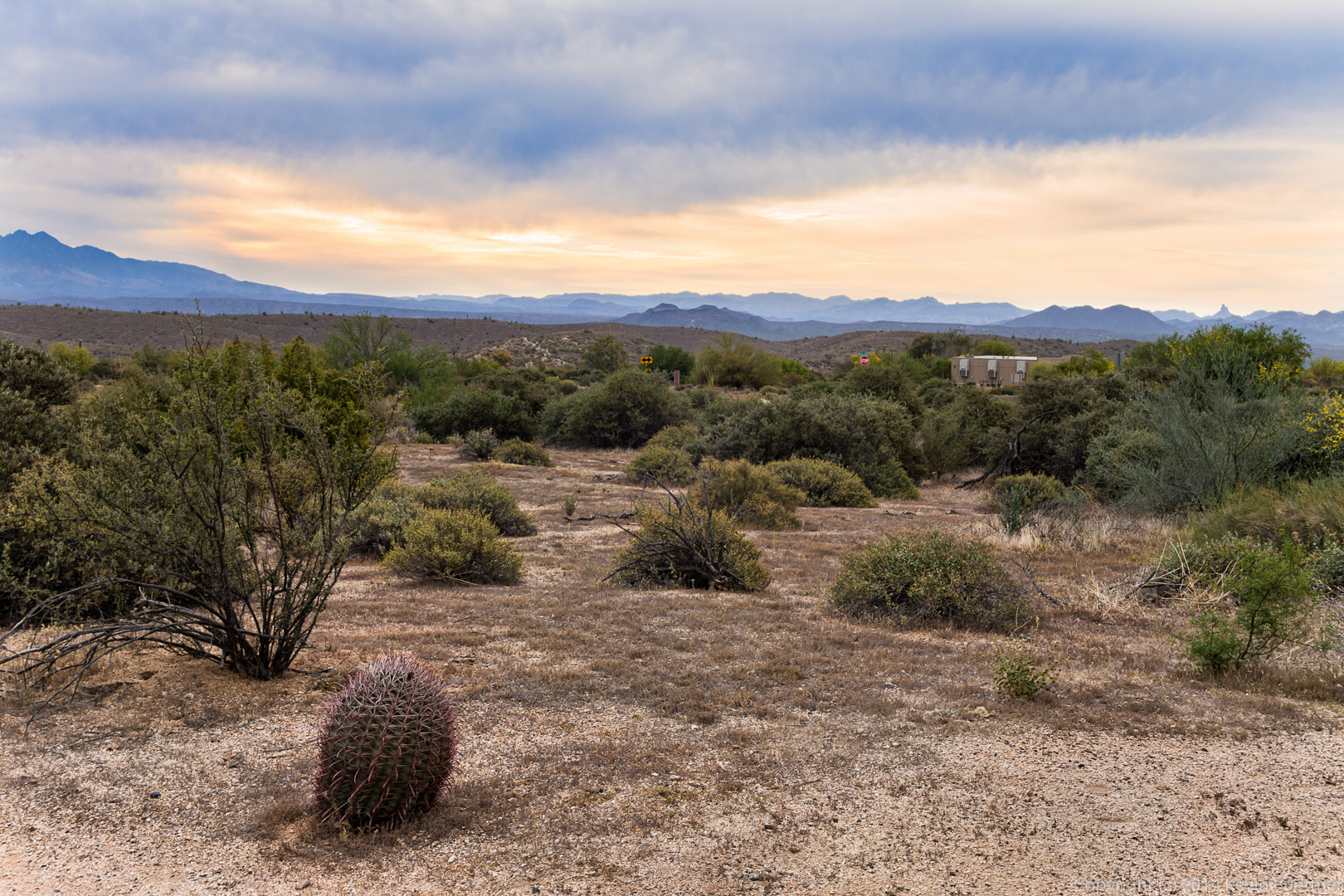 This photo was taken at the trailhead before the hike even started.  From left to right are Jon, Nancy (in back), Venie (in front), Linda, Mary Lou, Kevin, Merilee, Pauline, Bob (with Sarge in front), Allen, and Janet (with Savannah in front).  Sarge was happy to see another dog on the hike. 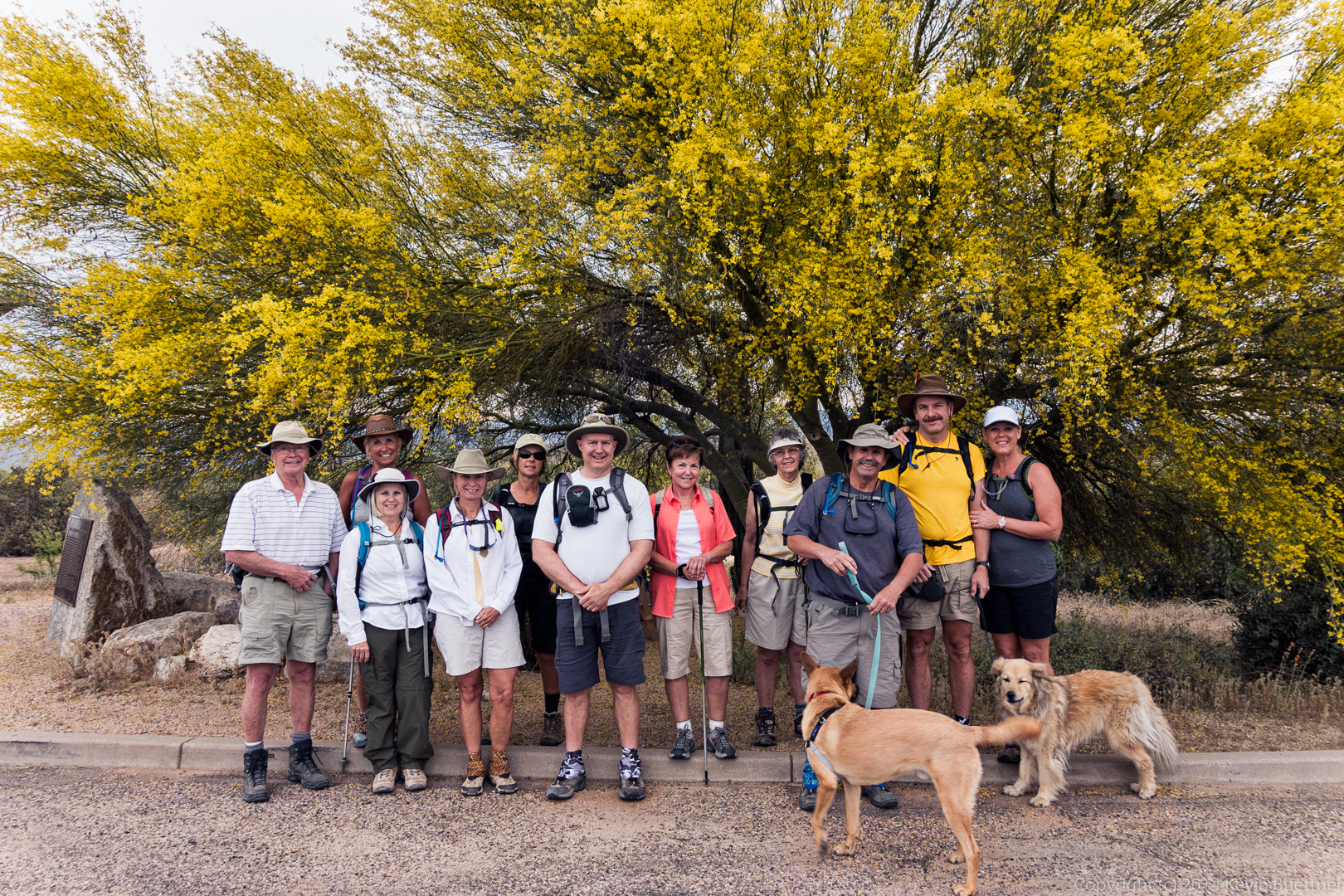 A view looking along a small wash towards Four Peaks. 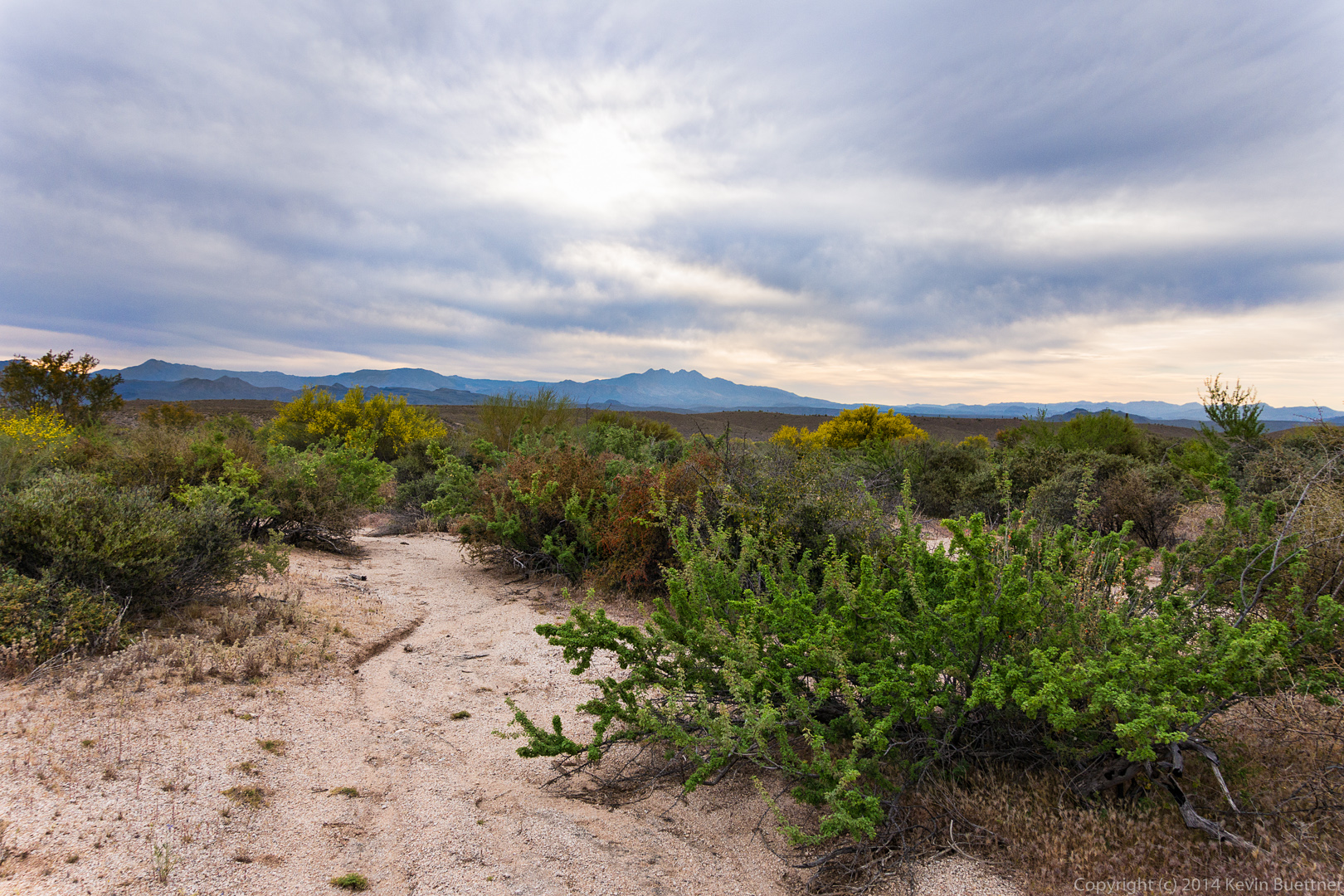 Jon and Venie hiking on the Wagner Trail: 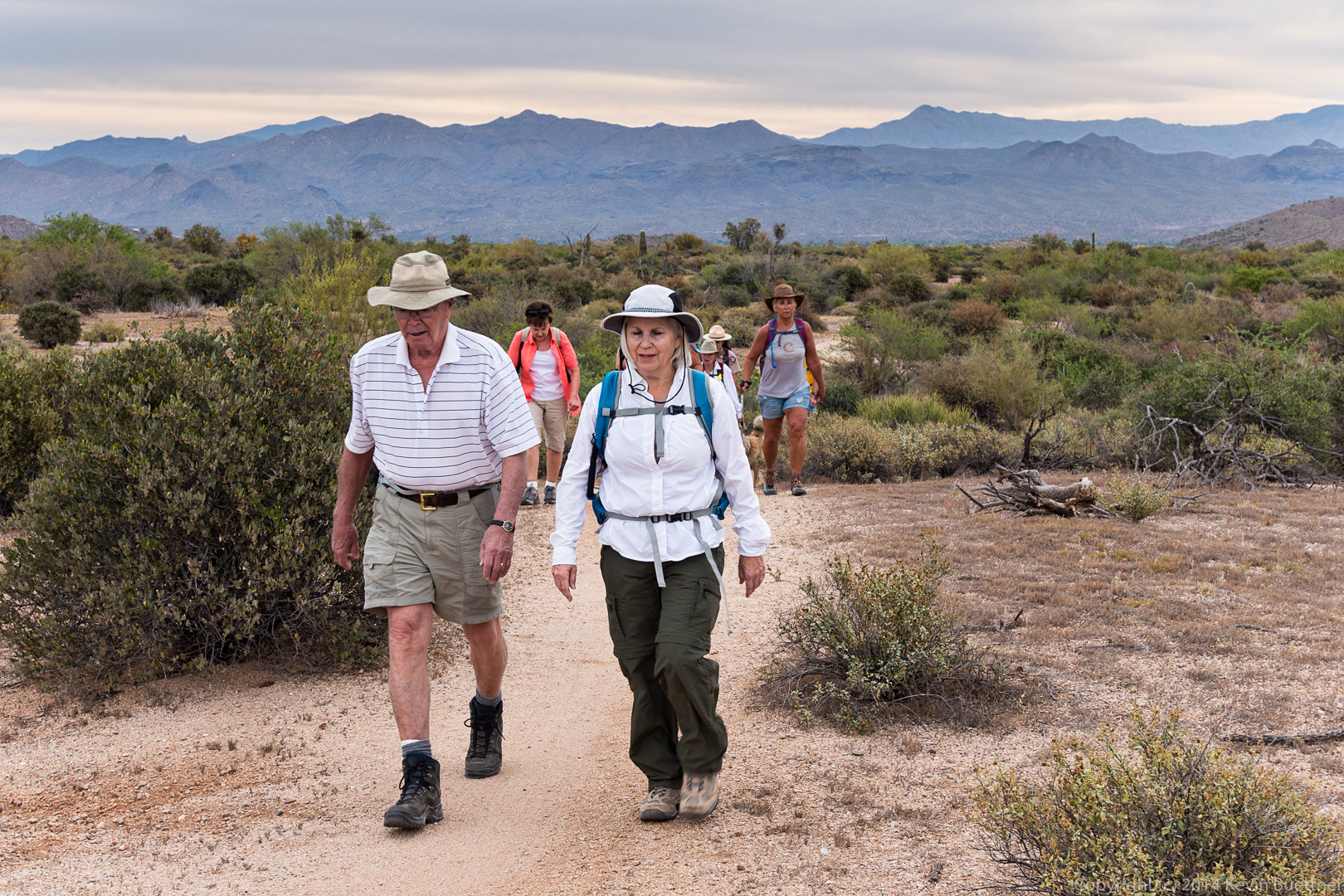 According to Ranger Amy (who verified her identification with Ranger Kevin at Spur Cross), this is a Sandwash Groundsel. 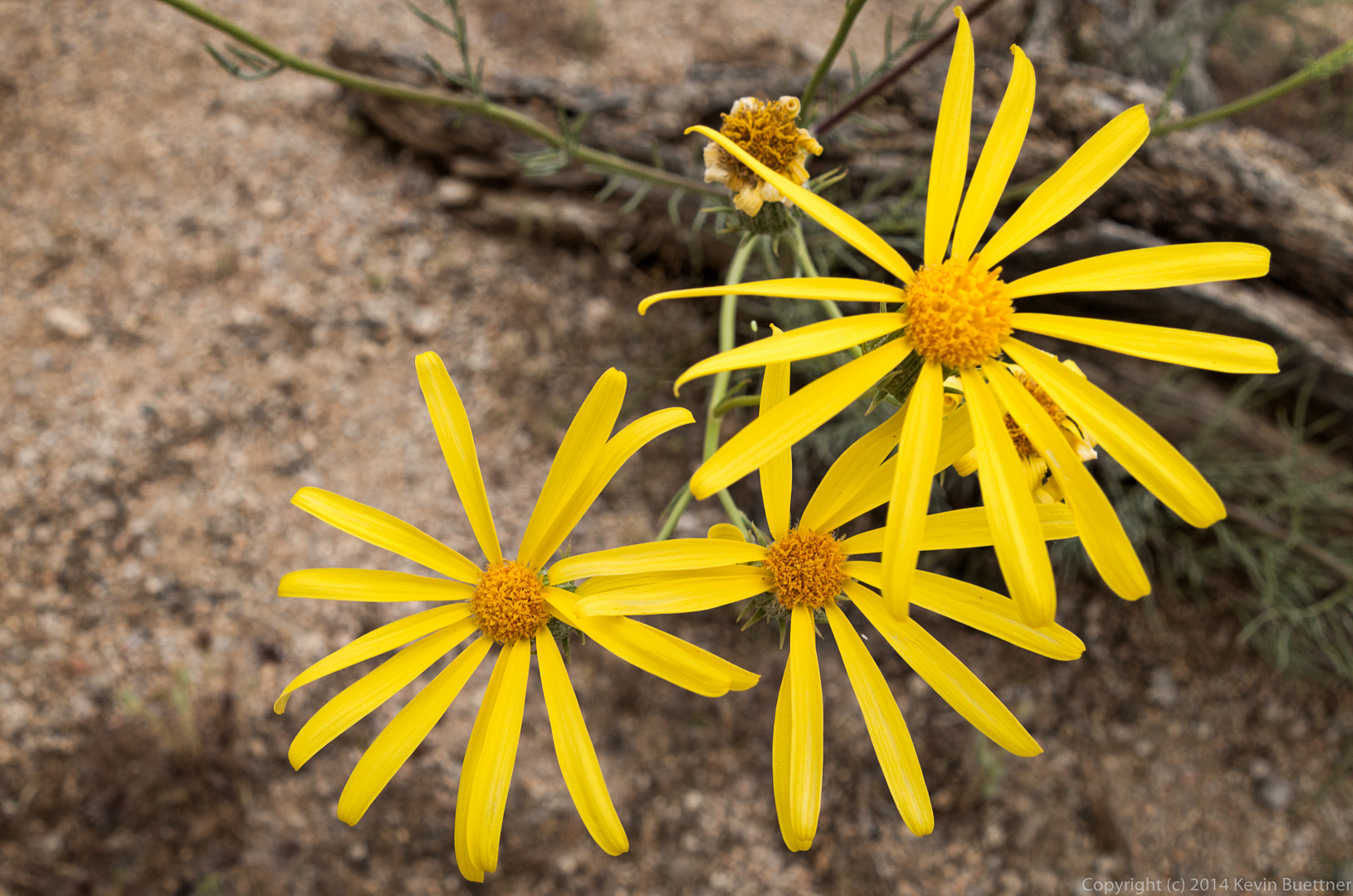 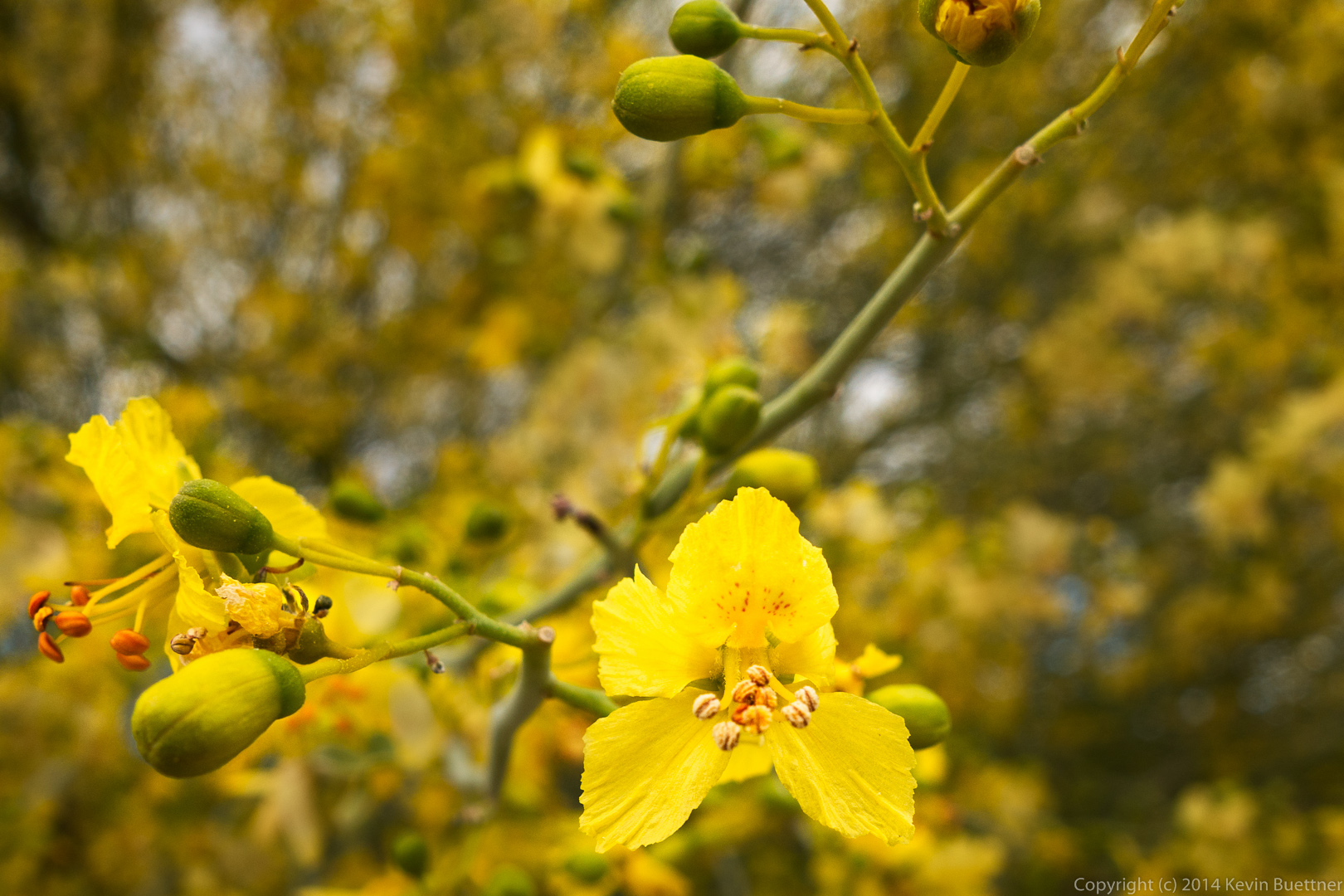 Linda took this photo of the group just before splitting up.  Those of us who did the long hike continued up the wash shown in this photo. 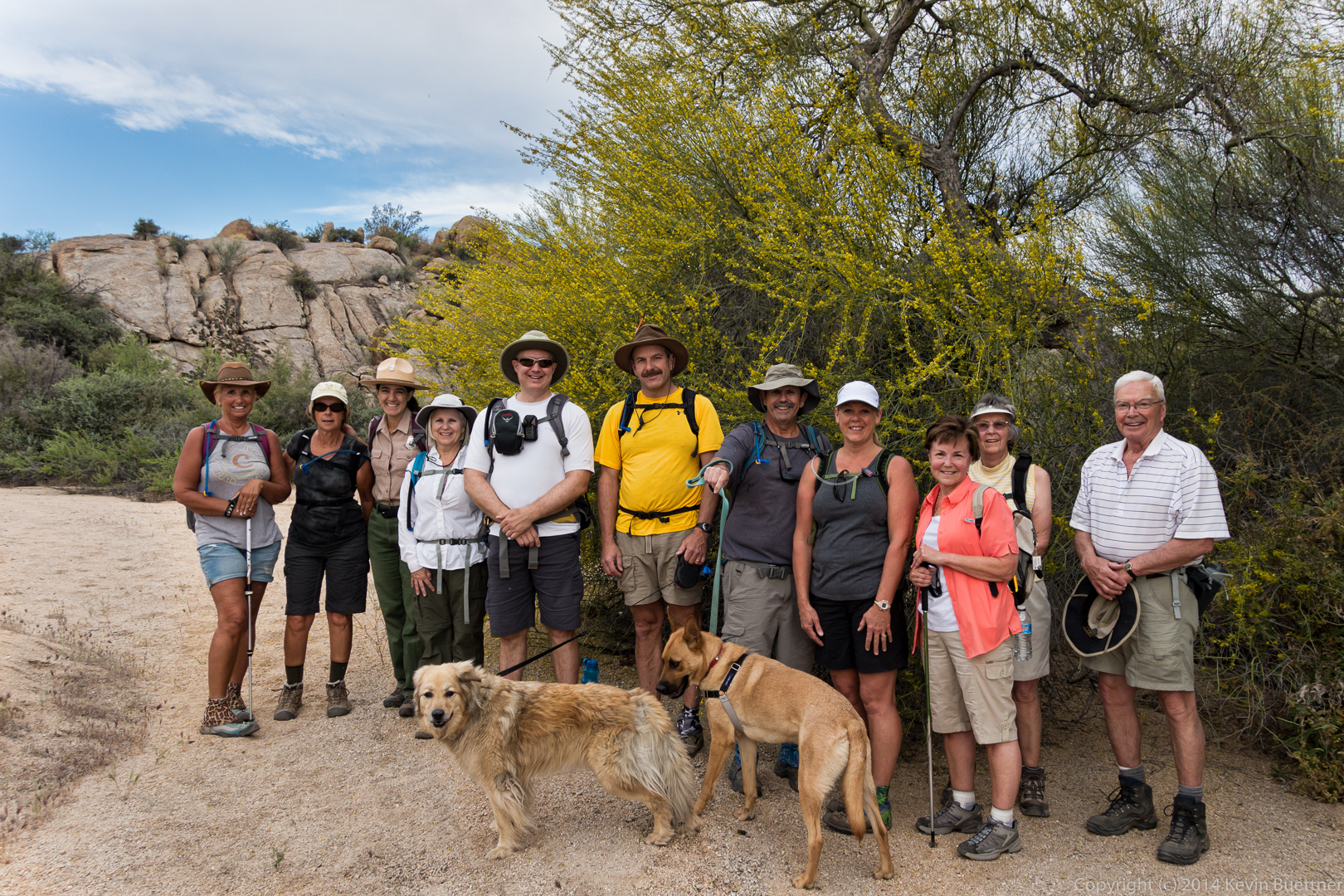 Two photos from the wash… 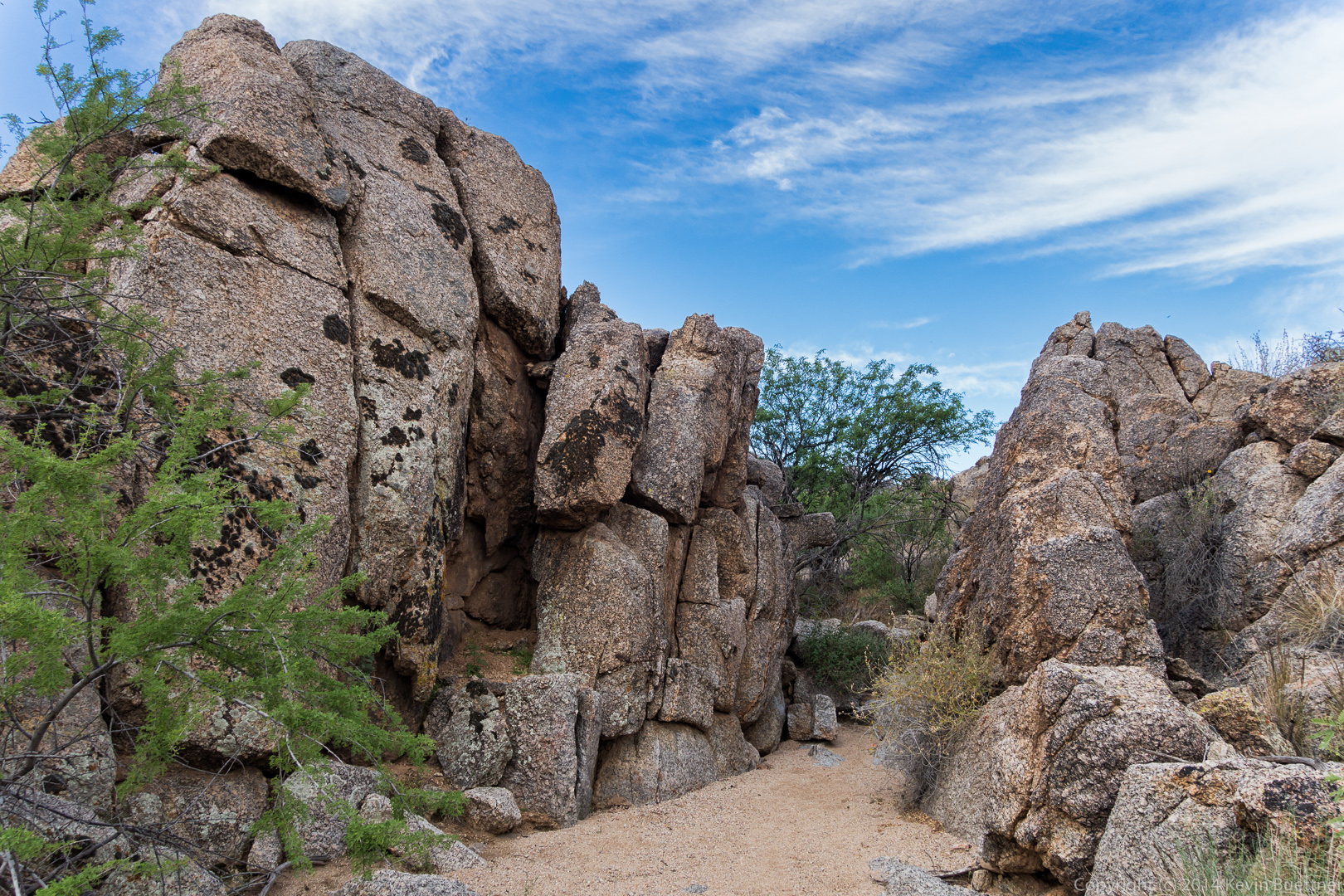 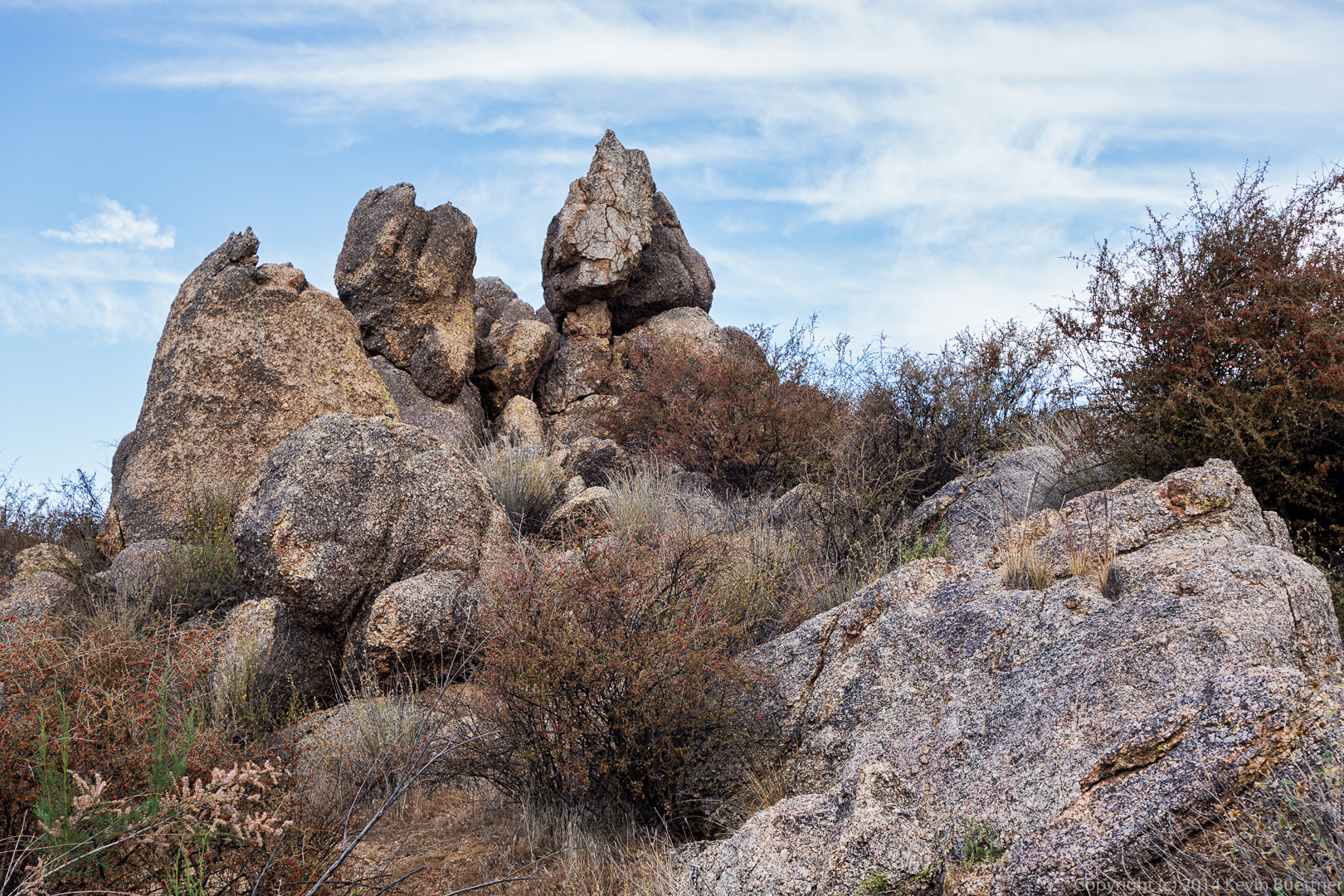 On their way back, the group that went with Ranger Amy found a kingsnake.  (Amy sent me this photo.) 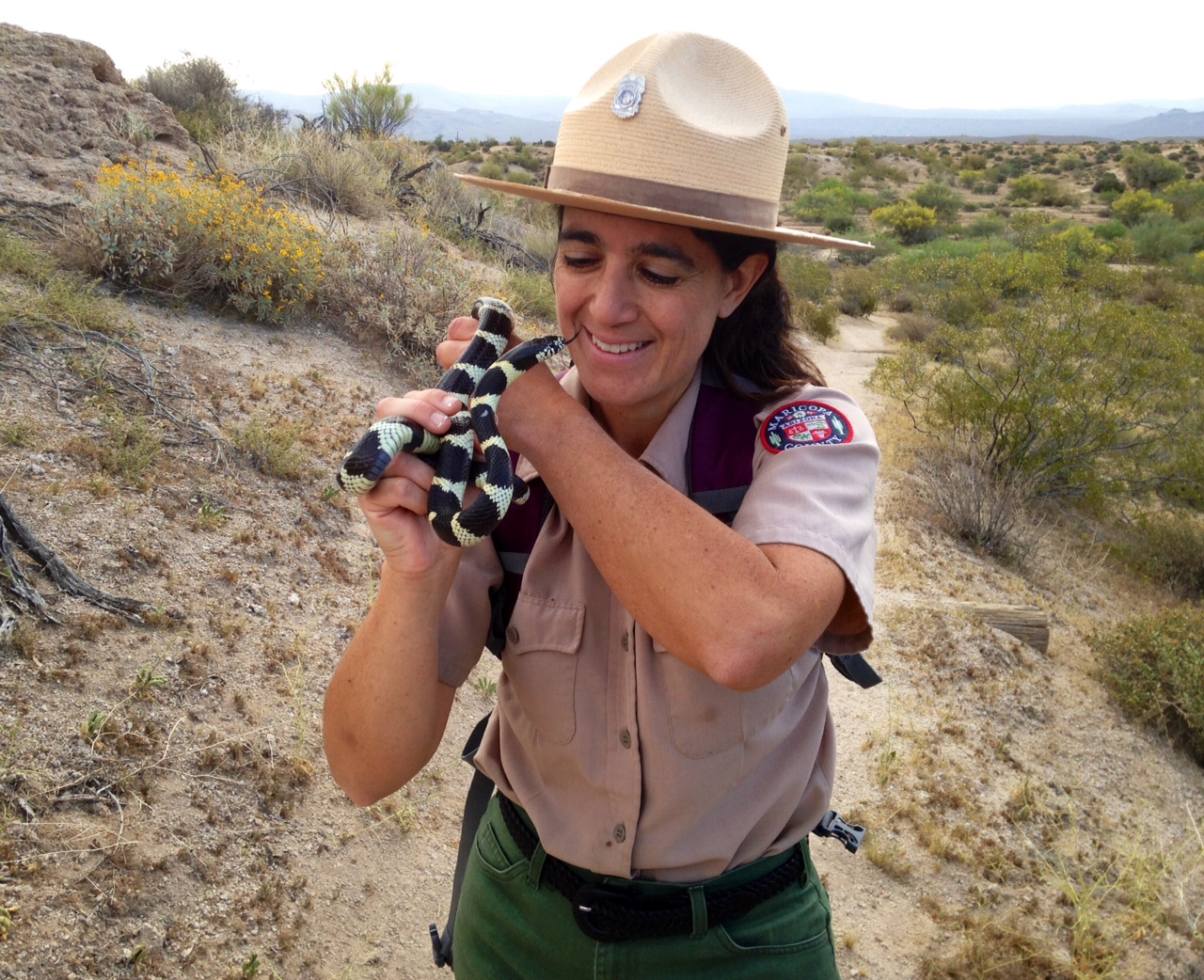 I think the white flowers in the photo below are Blackfoot Daisy. 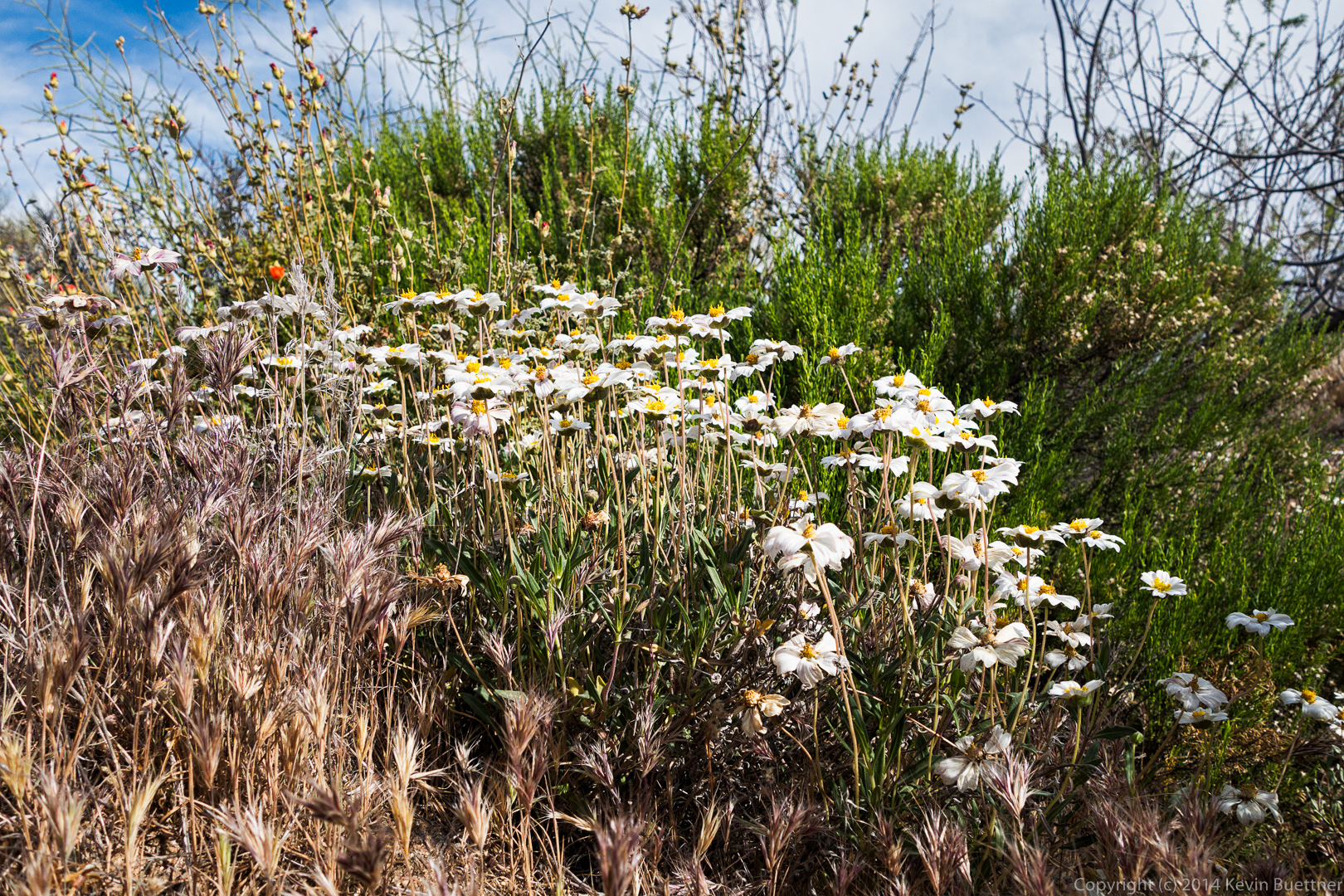 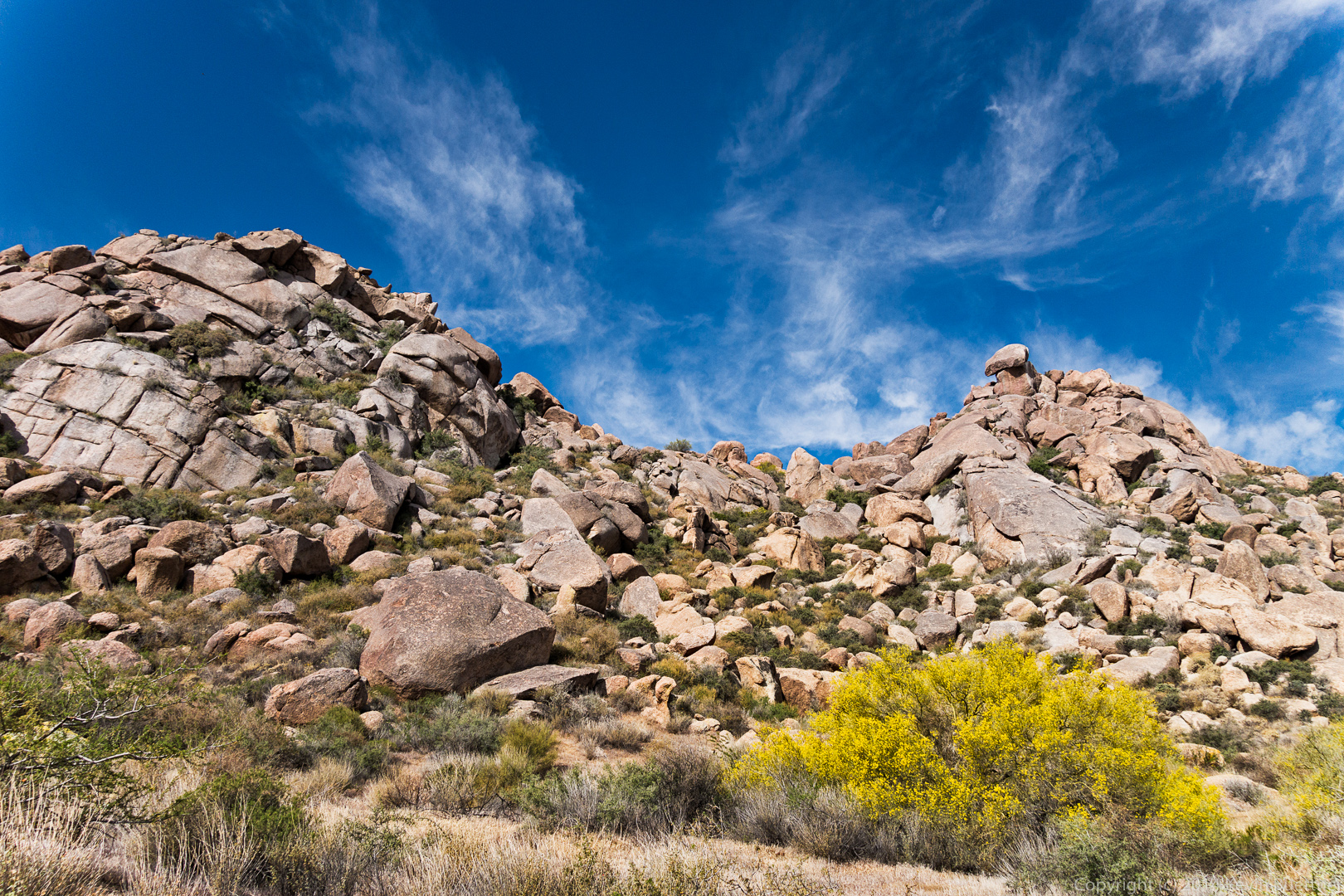 One of the rock formations at Rock Knob: 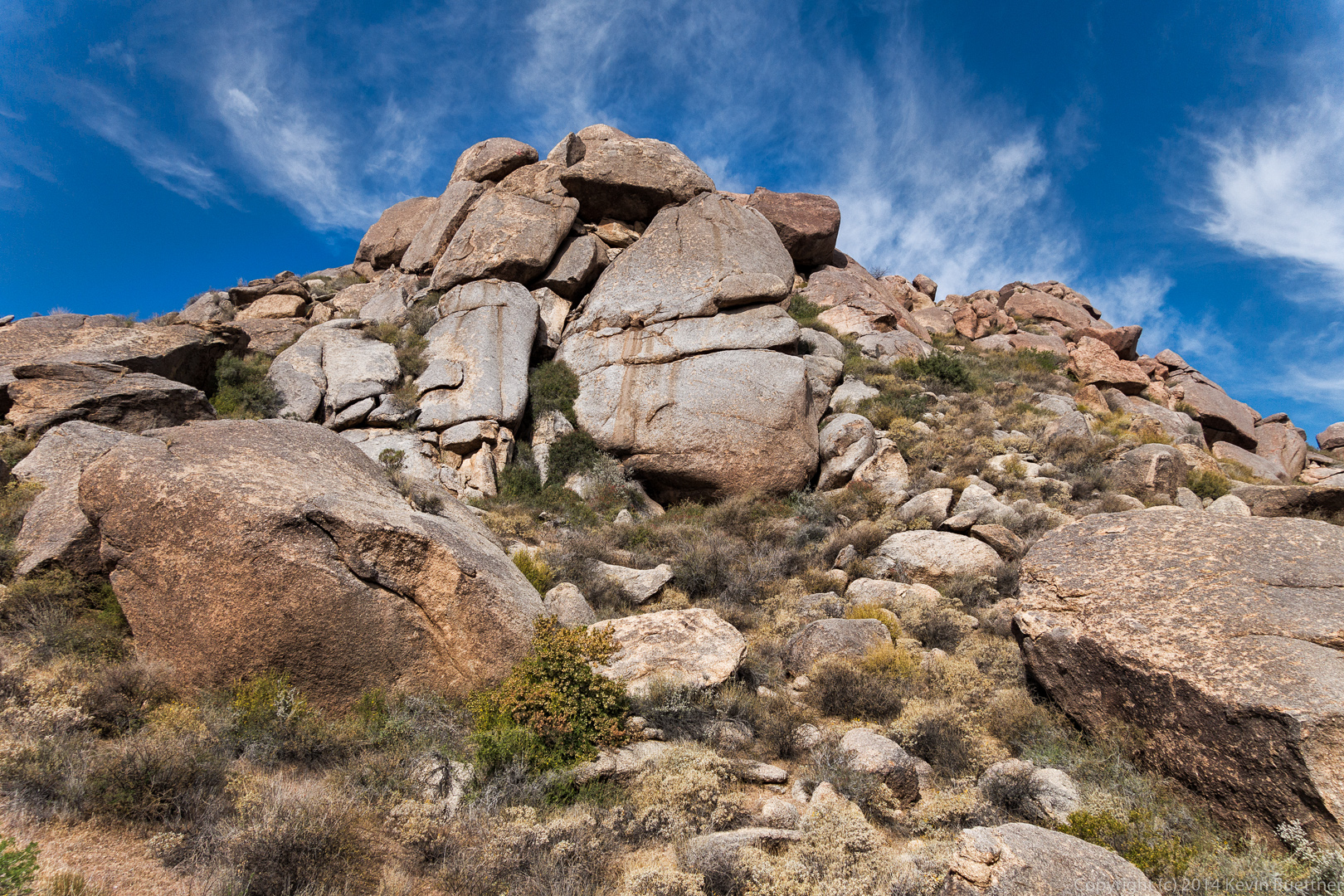 Red Mountain and the Fountain off in the distance: 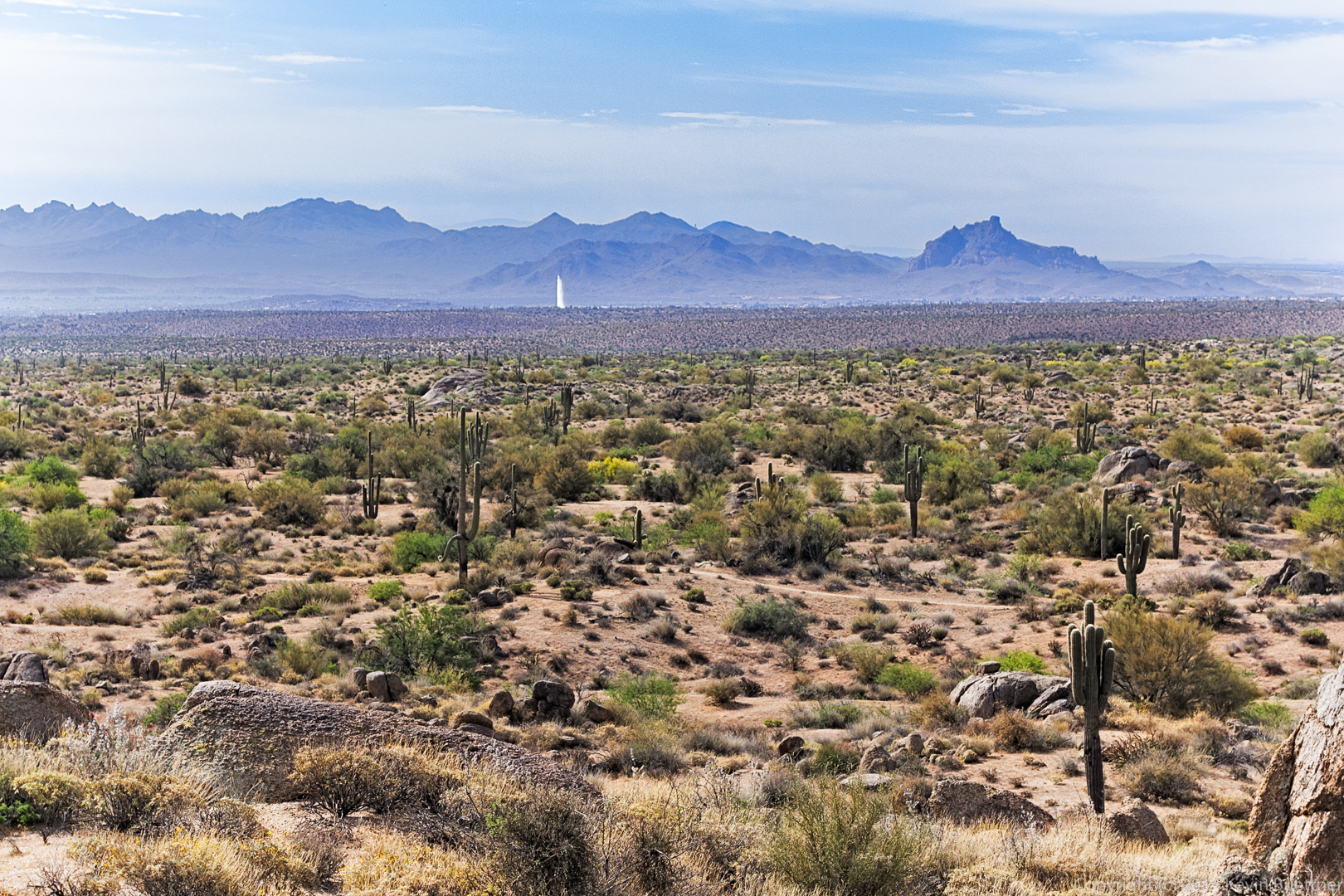 A largish boulder in the vicinity of Rock Knob: 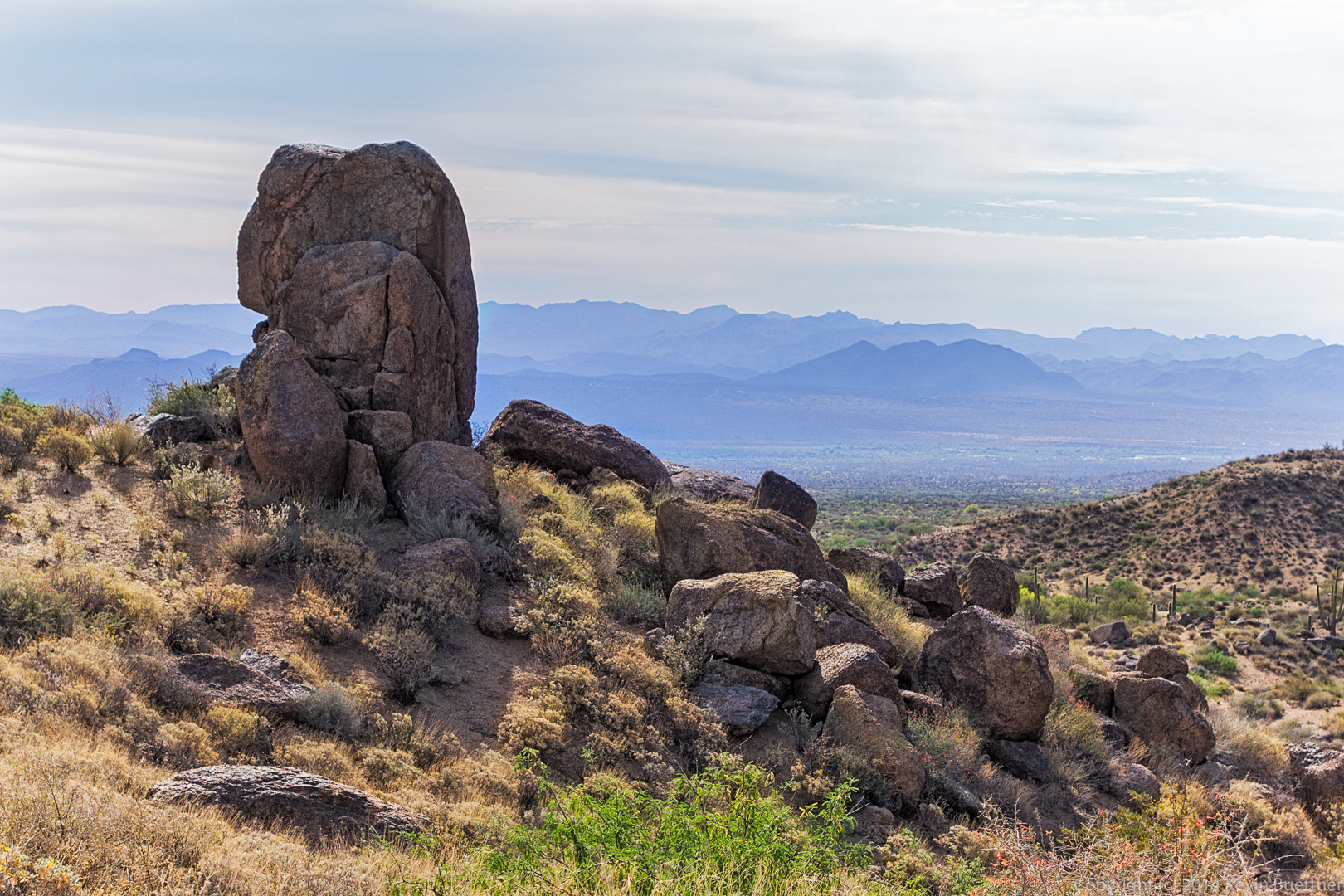 Horses on the Bluff Trail: 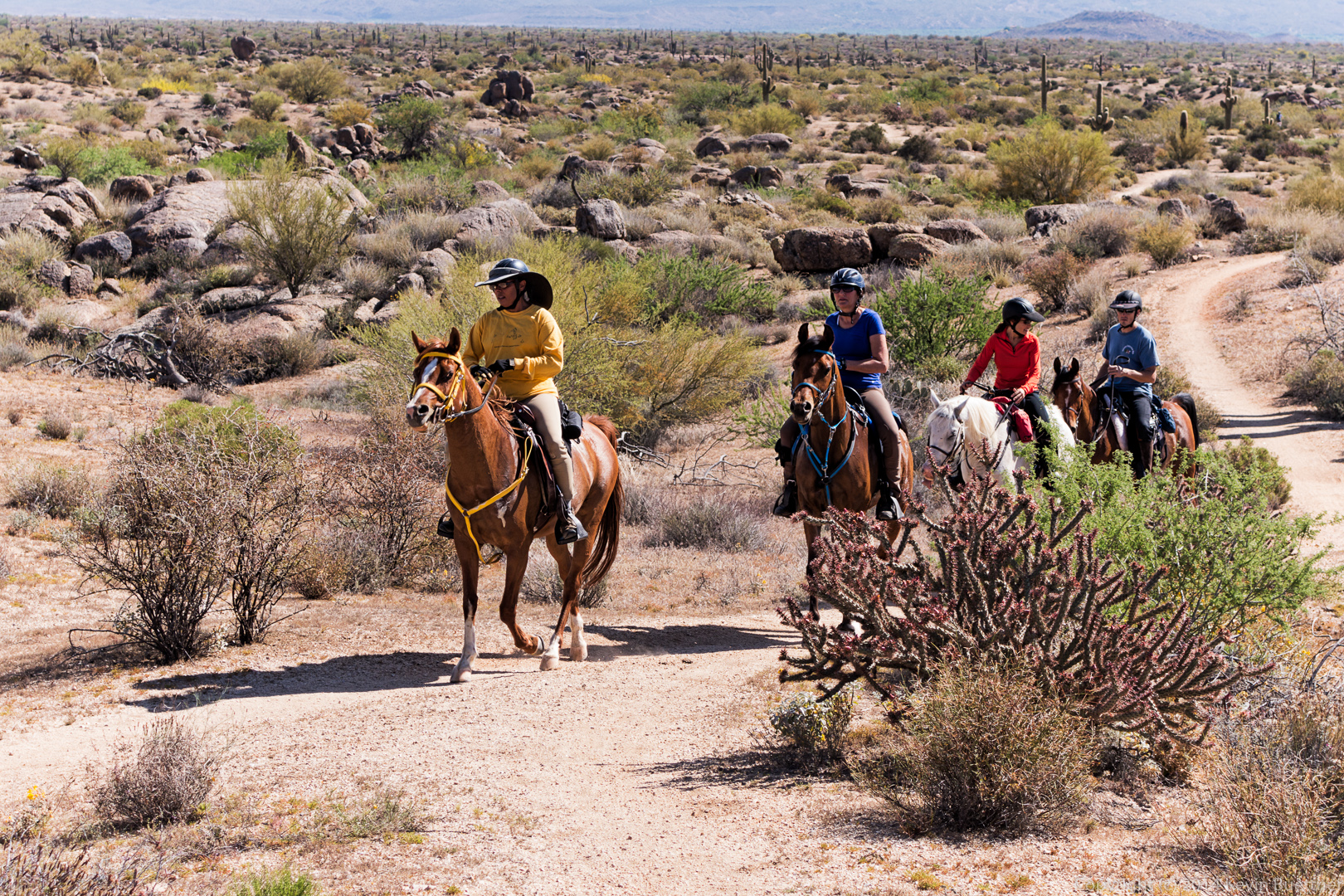 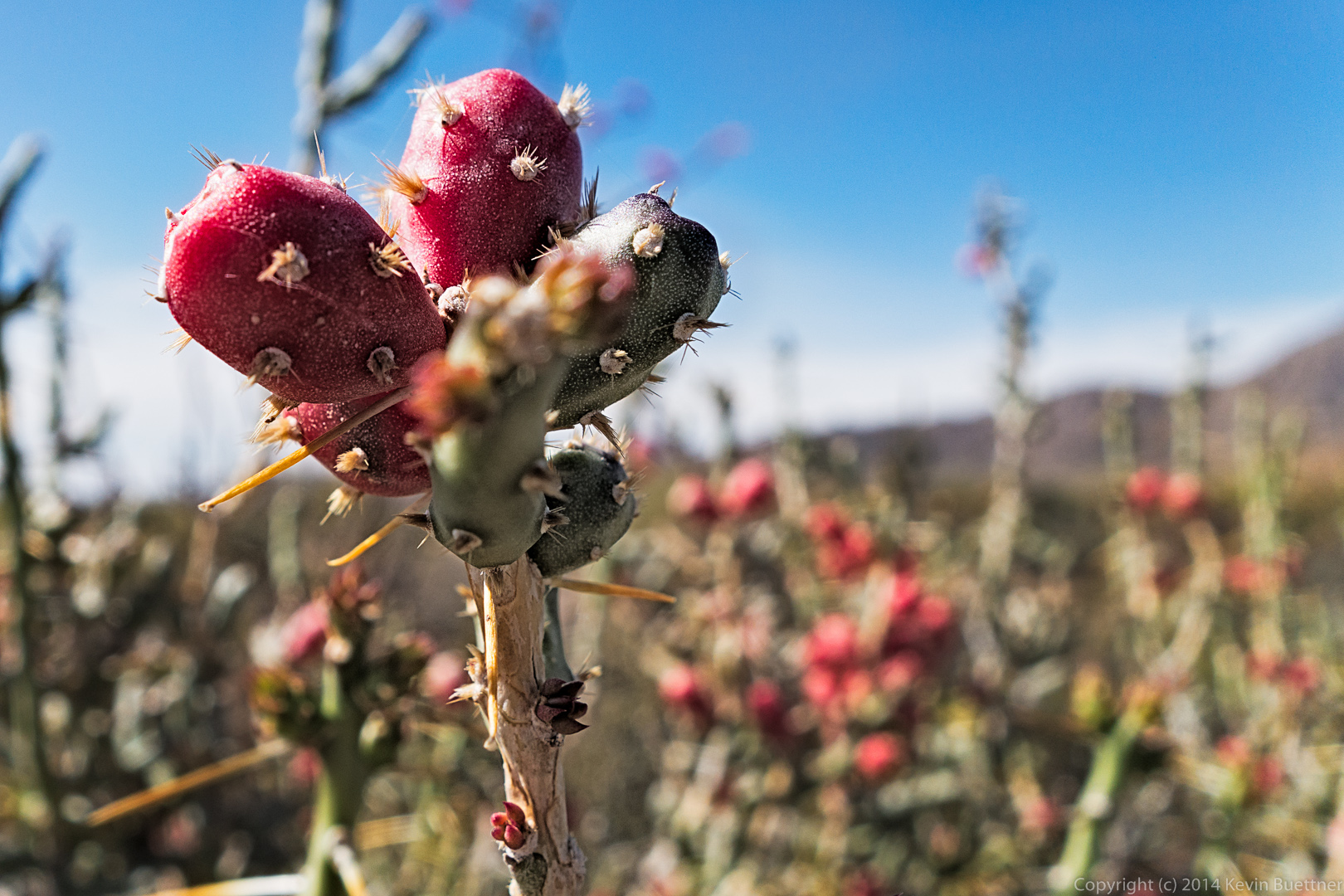 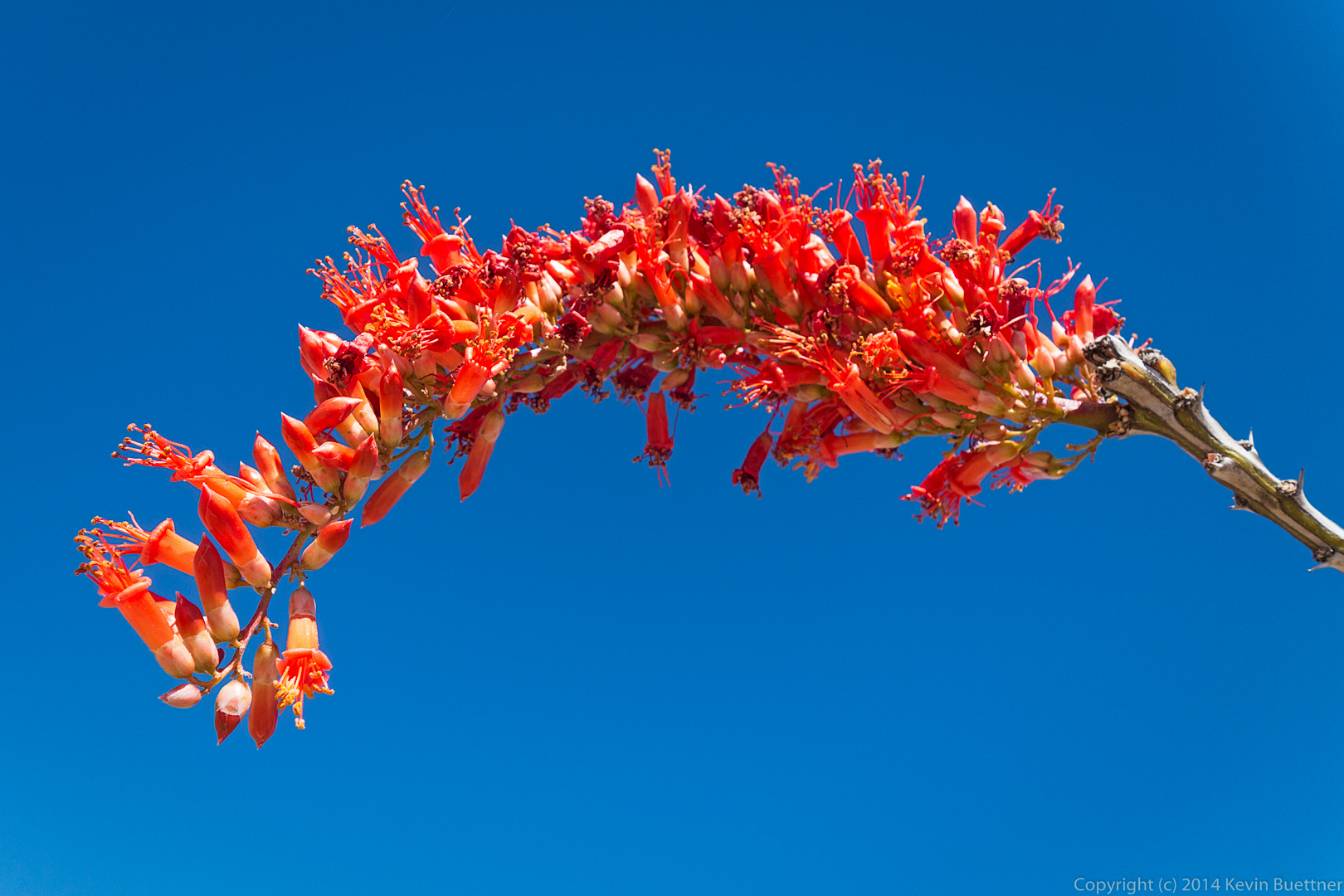 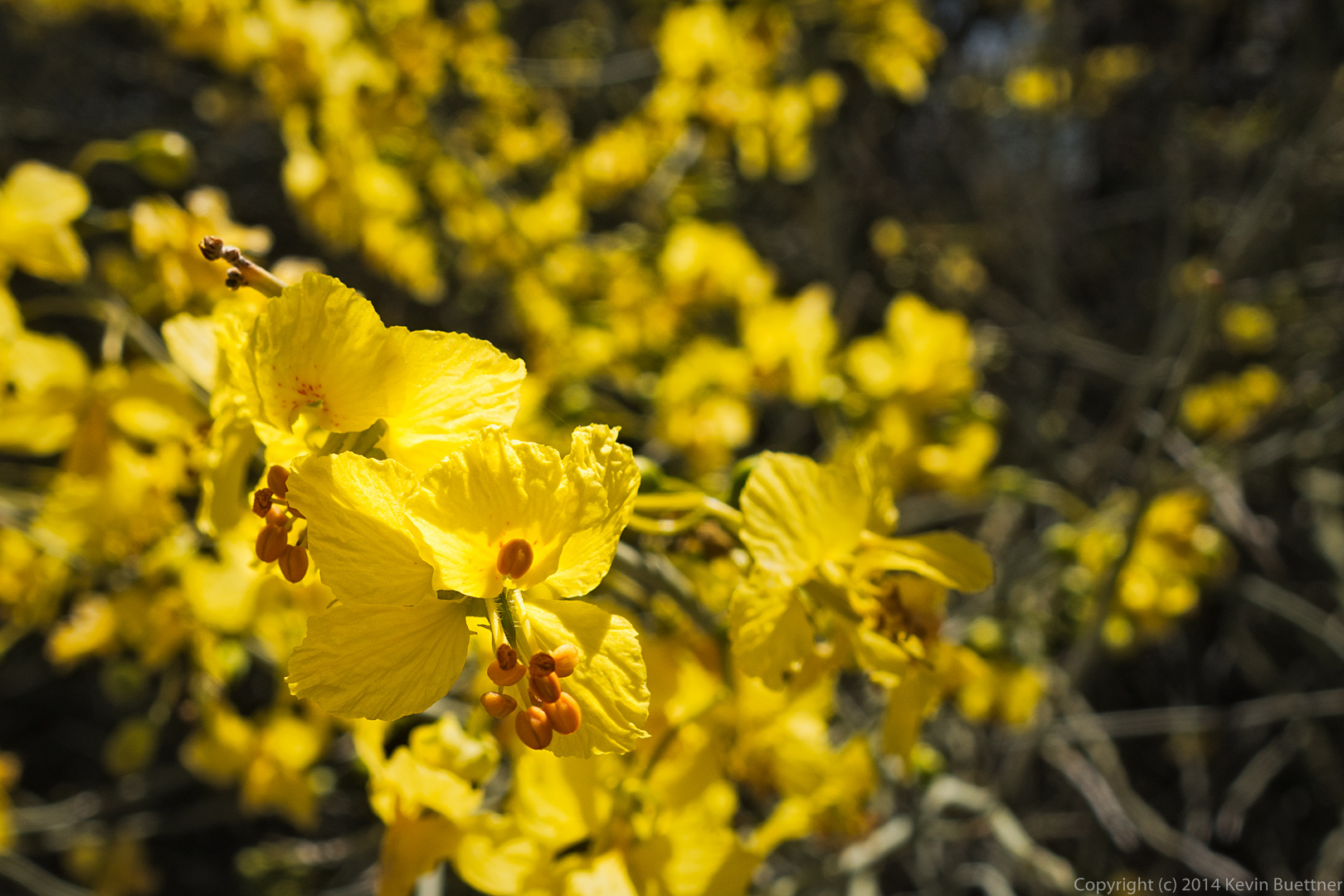