Friday’s hike lead some of us all the way up and then down the Western Loop Trail via the Dixie Mine, Sonoran, and Promenade trails.  Those of us who made it that far hiked a total of ten miles with over two thousand feet of total ascent.

We were happy to have Amy with us again.  She hiked out to the intersection of Dixie Mine and Sonoran with us.  She says her back is feeling better now, though I don’t think she’s totally recovered yet.

We took this photo, below, just after entering the park proper.  From left to right are Richard, Bill, Amy, Janet, Venie, Doug, Linda, Alex, and Ellen. 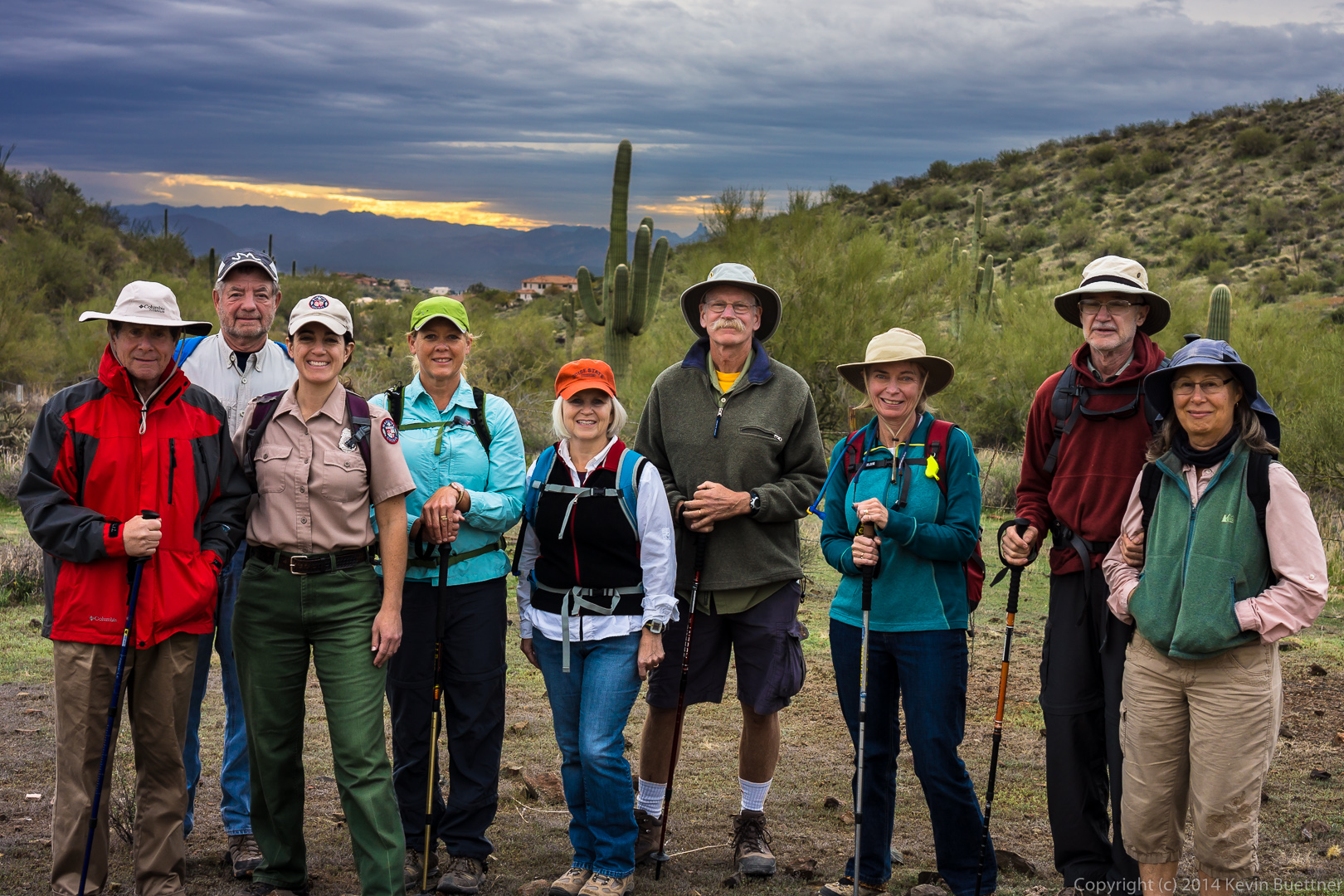 A view of the McDowells from the Dixie Mine Trail: 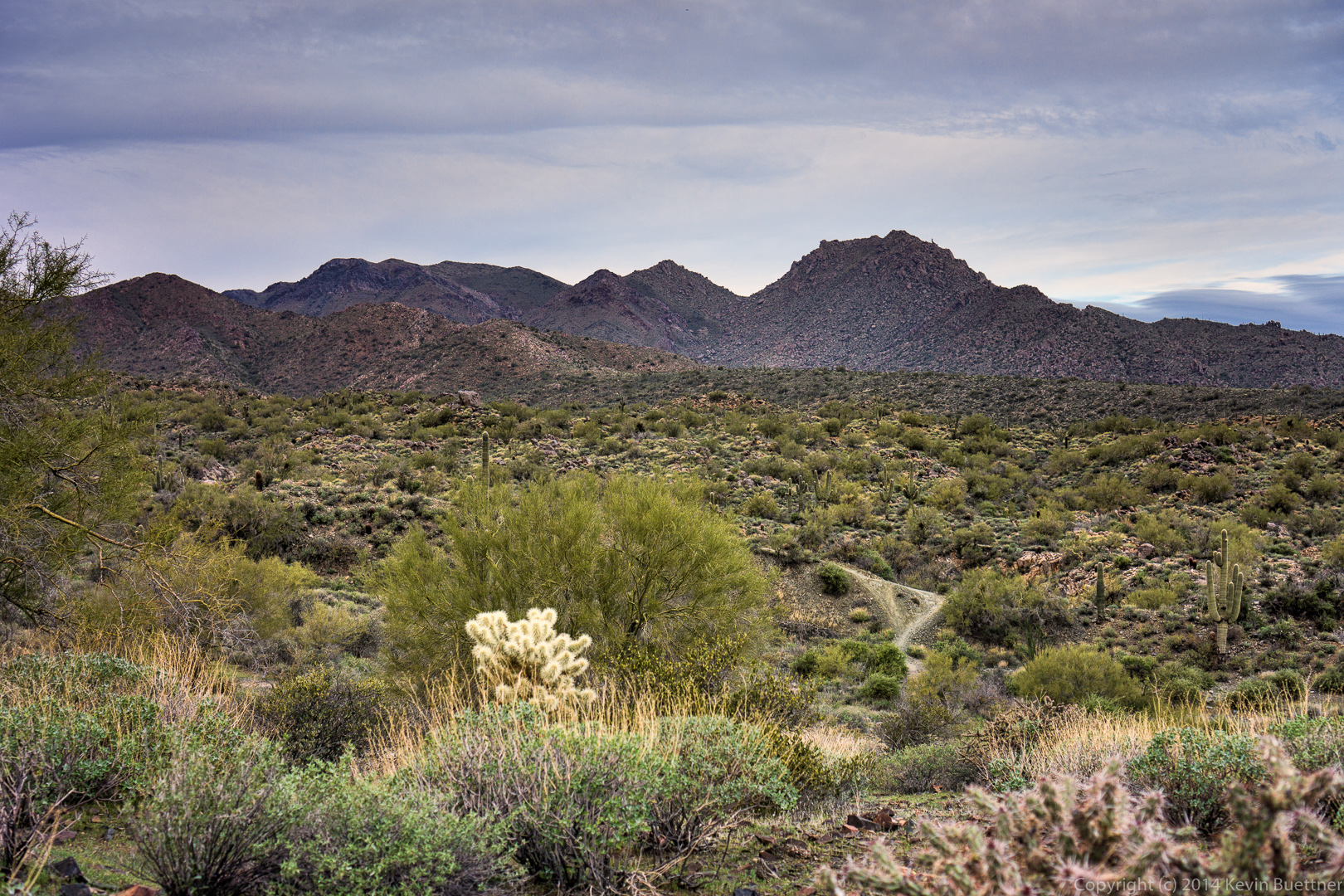 Amy leads the way up one of the short hills on the Dixie Mine Trail. 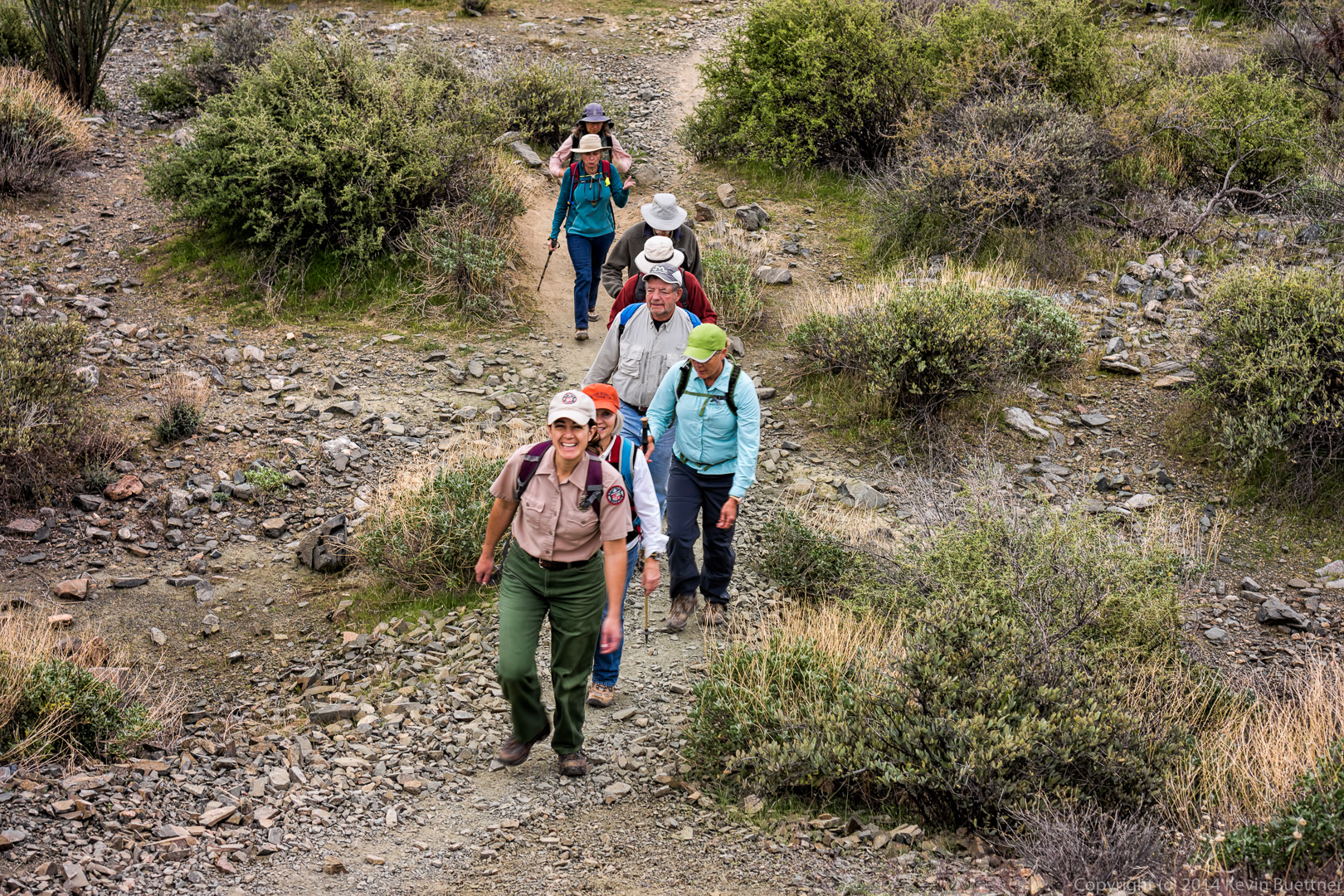 Dead branches and boulders along the Dixie Mine Trail. 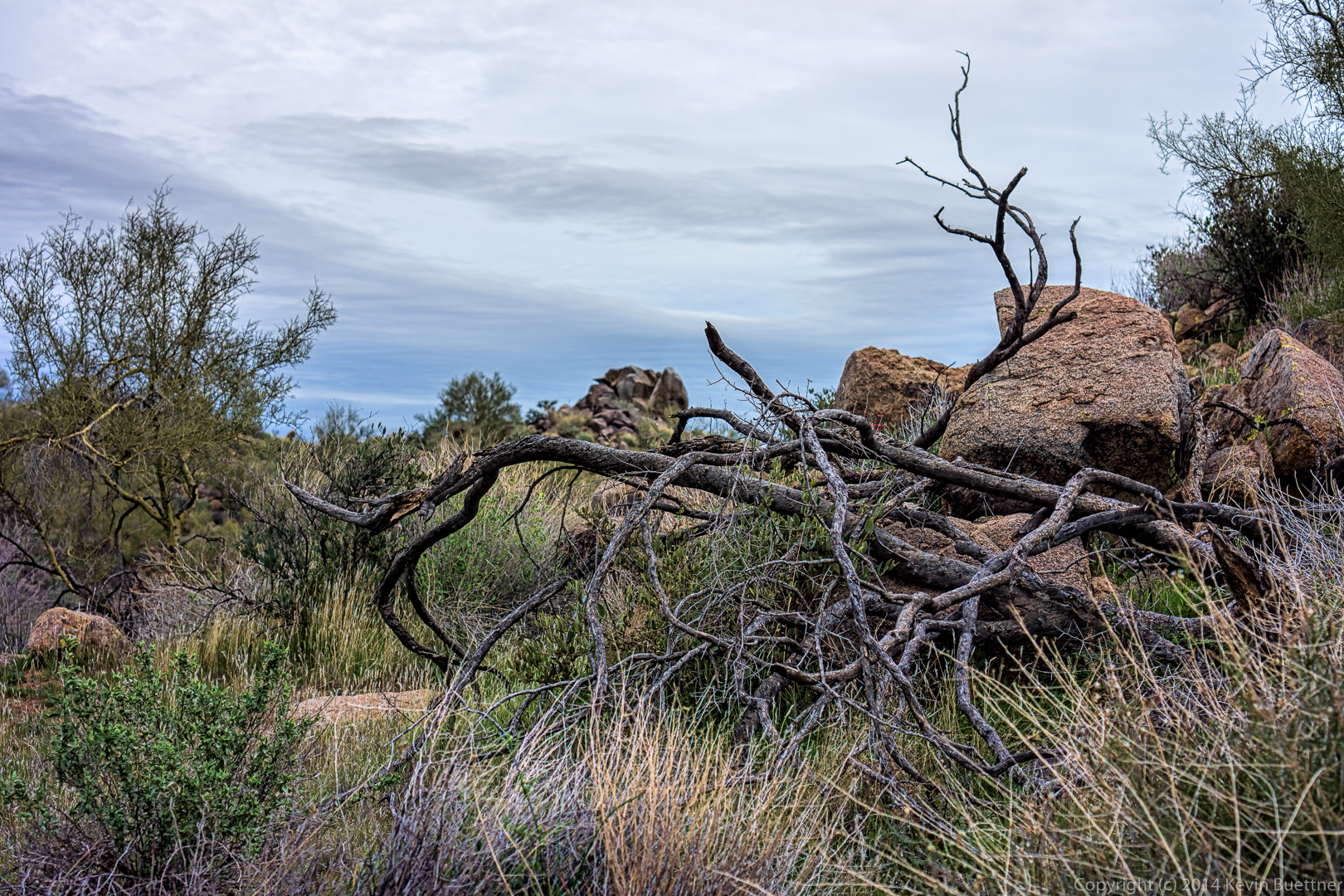 I think this is a view from the Sonoran, though still within McDowell Mountain Park. 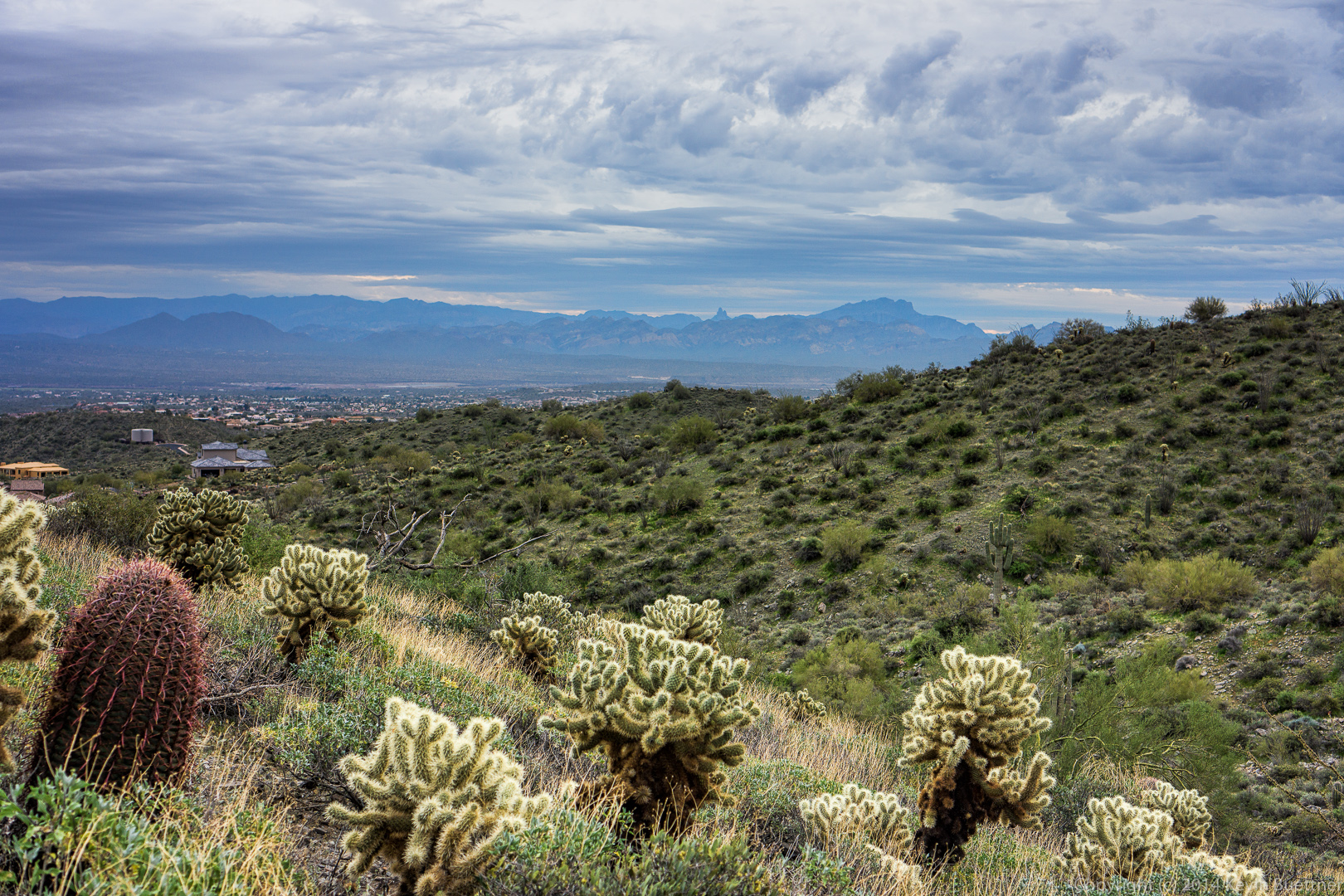 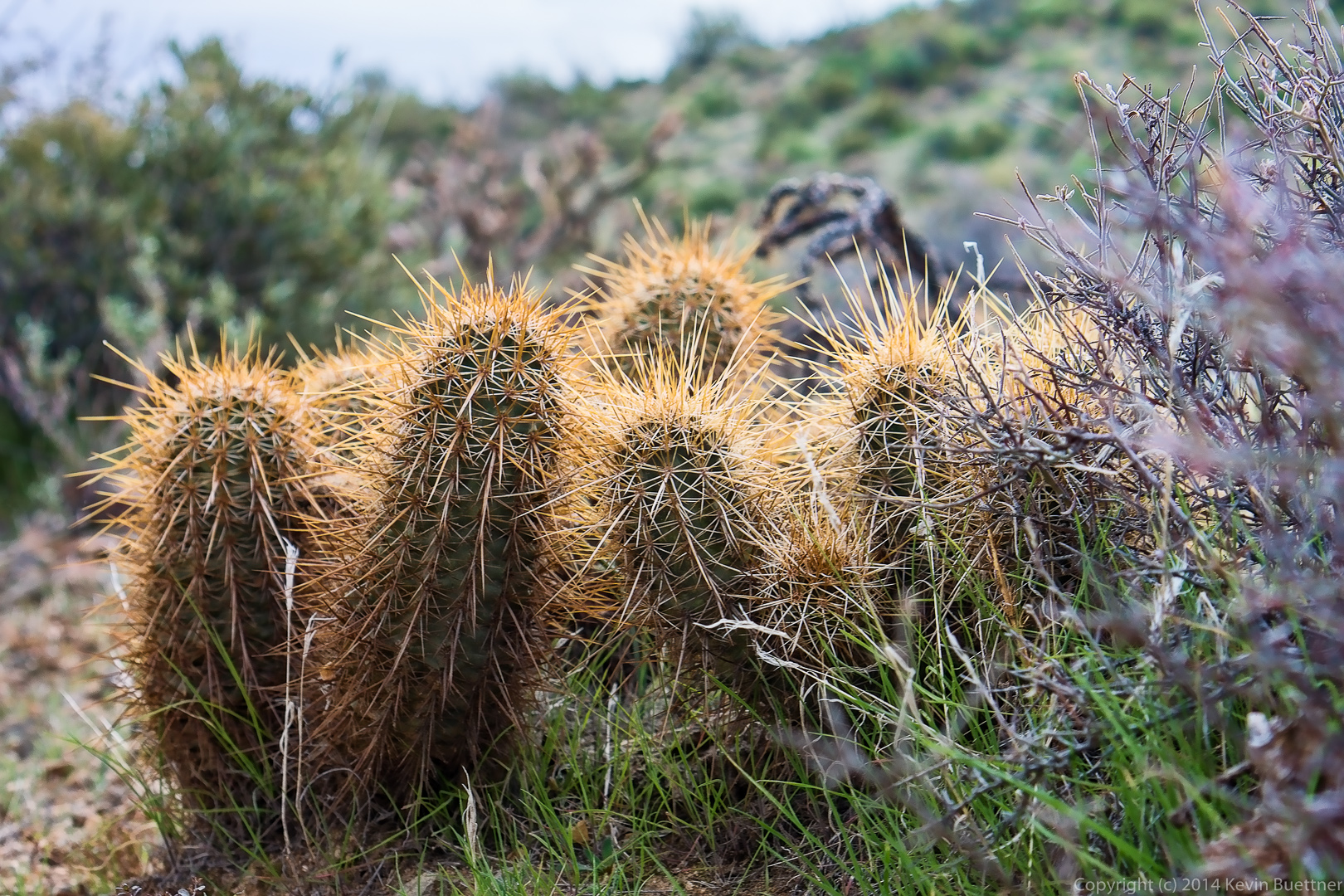 A view of the Sonoran Trail. 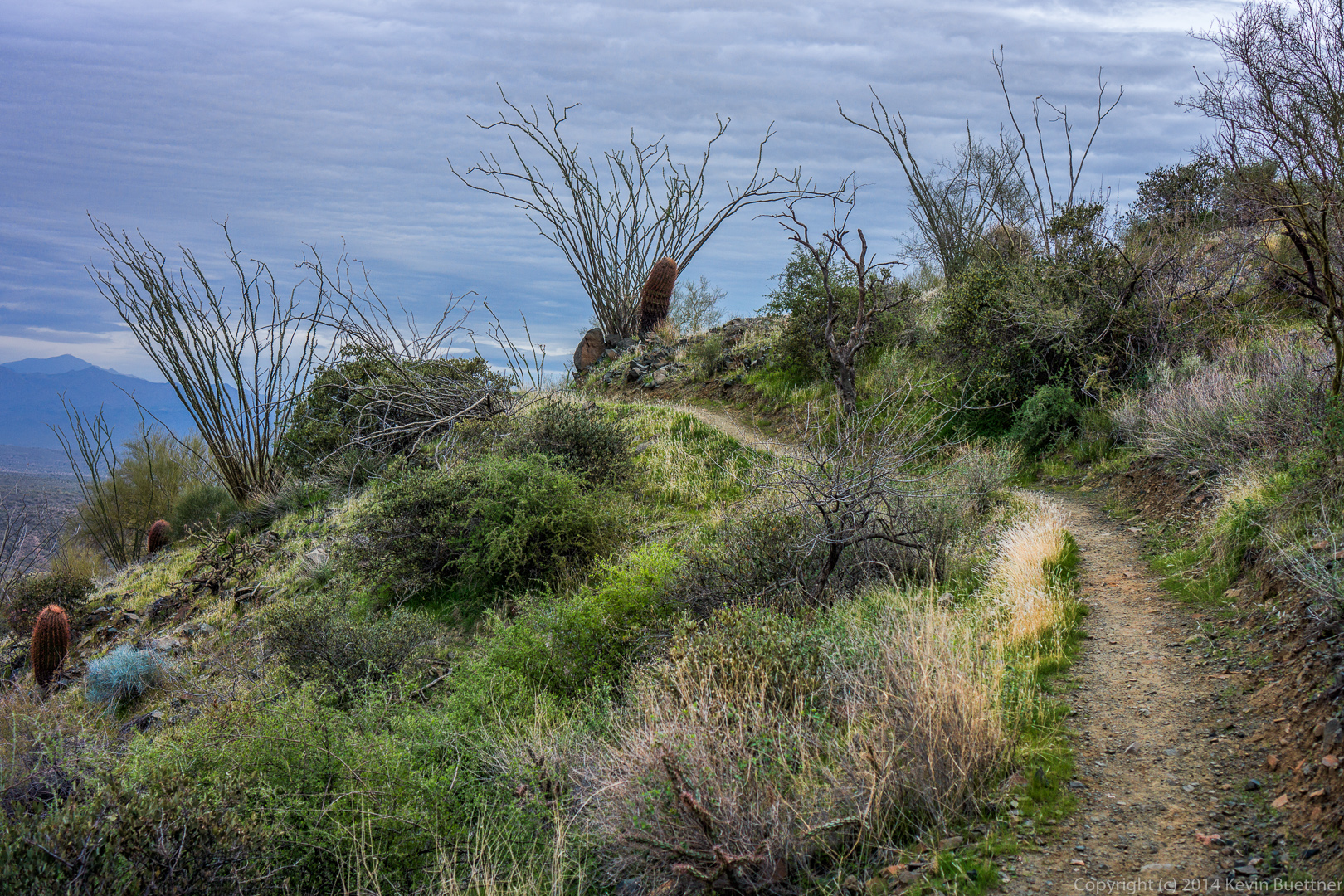 I think we were on the Western Loop Trail when I took this photo.  Tom’s Thumb is barely visible on the far right. 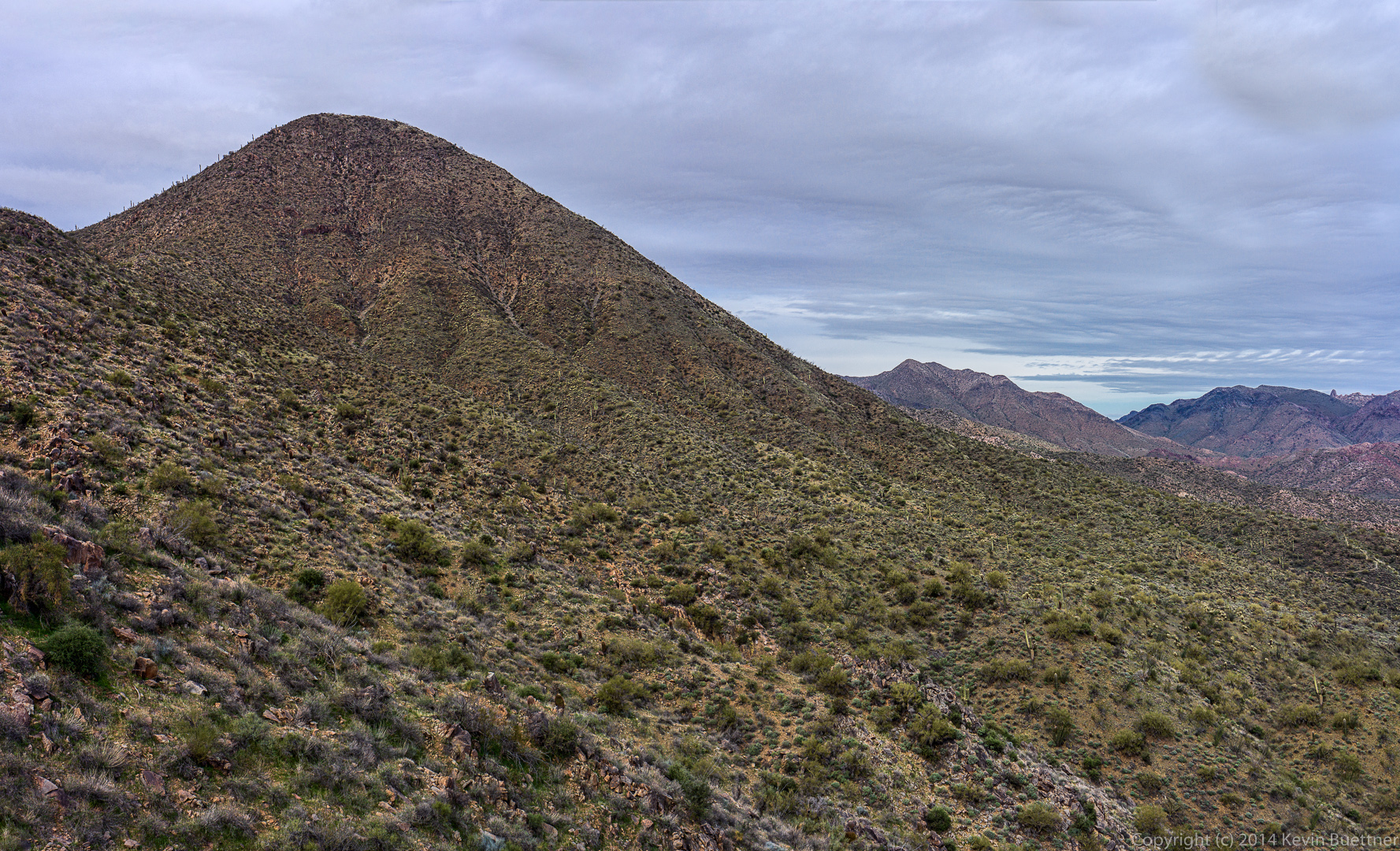 Venie, Ellen, and Alex enjoy the view from the Western Loop Trail. 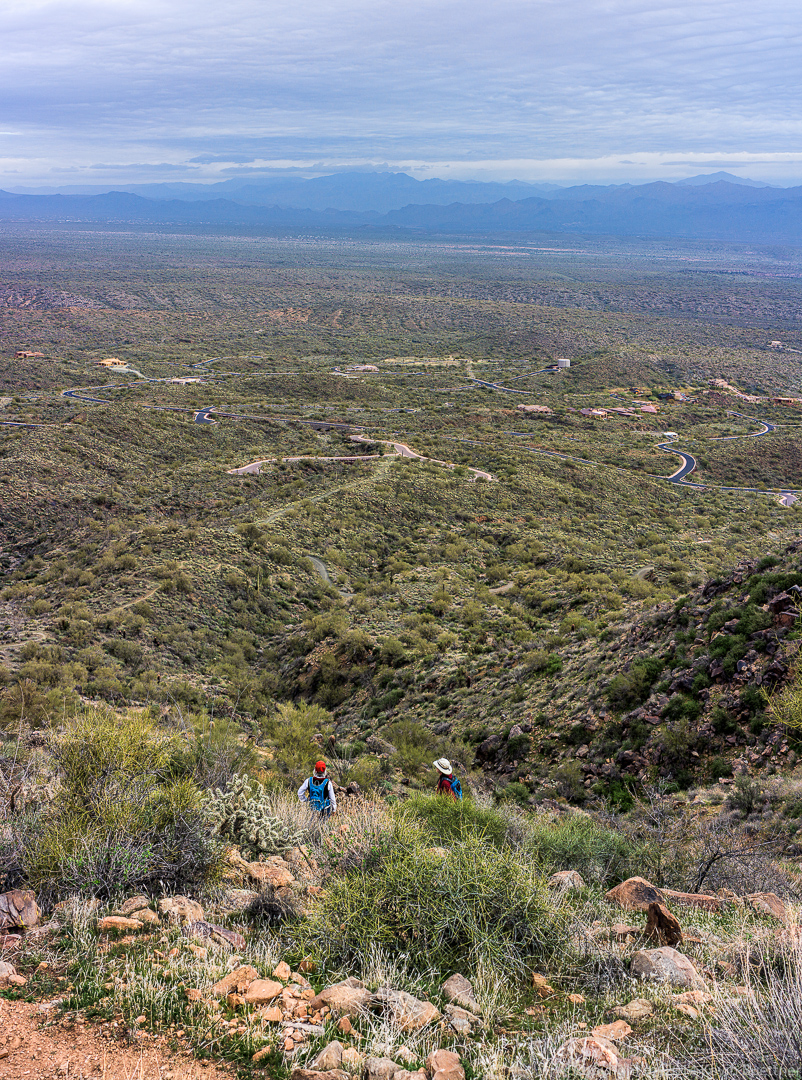 Yet another view from the Western Loop Trail. 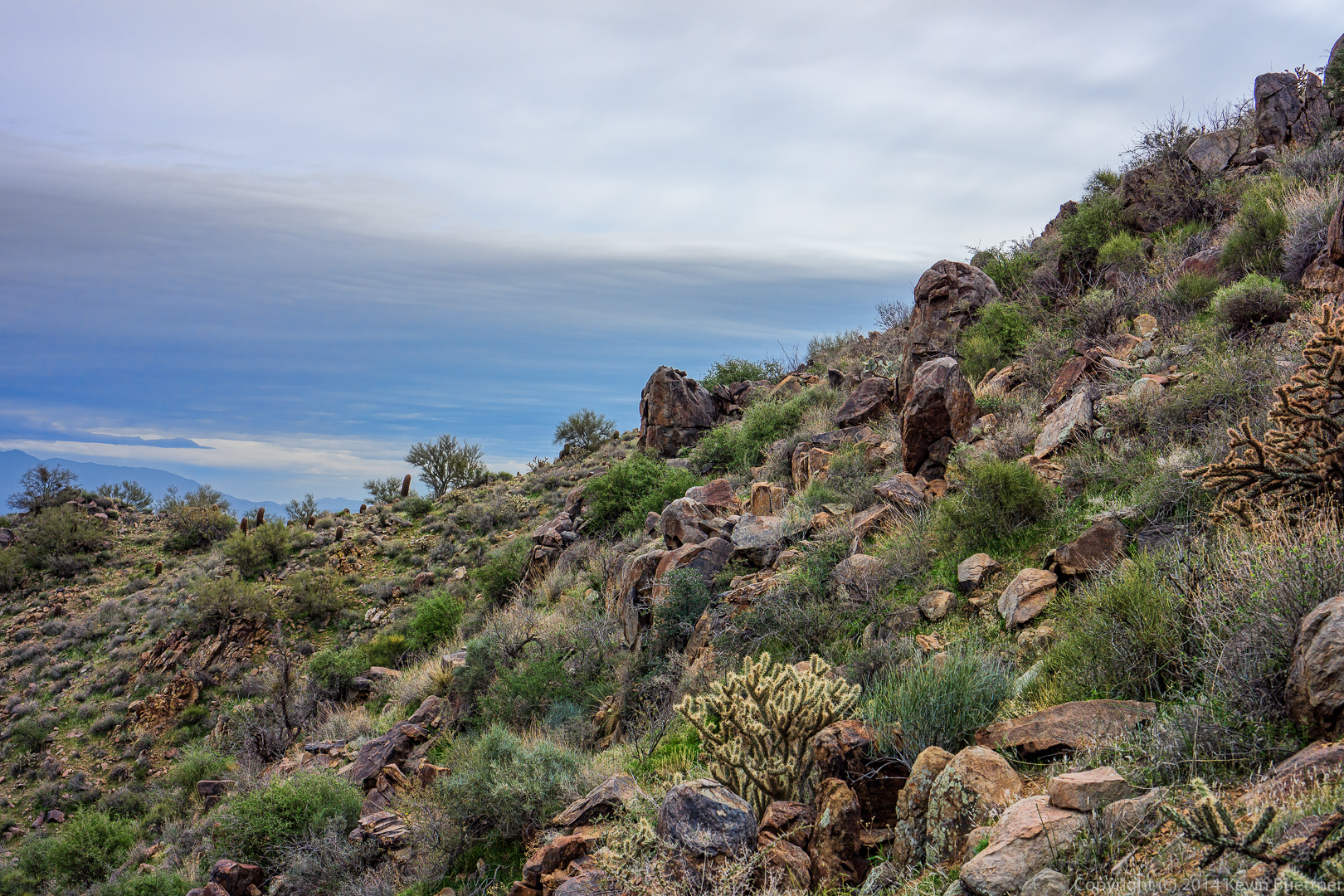 A view from the Western Loop Overlook:

Weaver’s Needle and Red Mountain are visible in the haze in the distance. 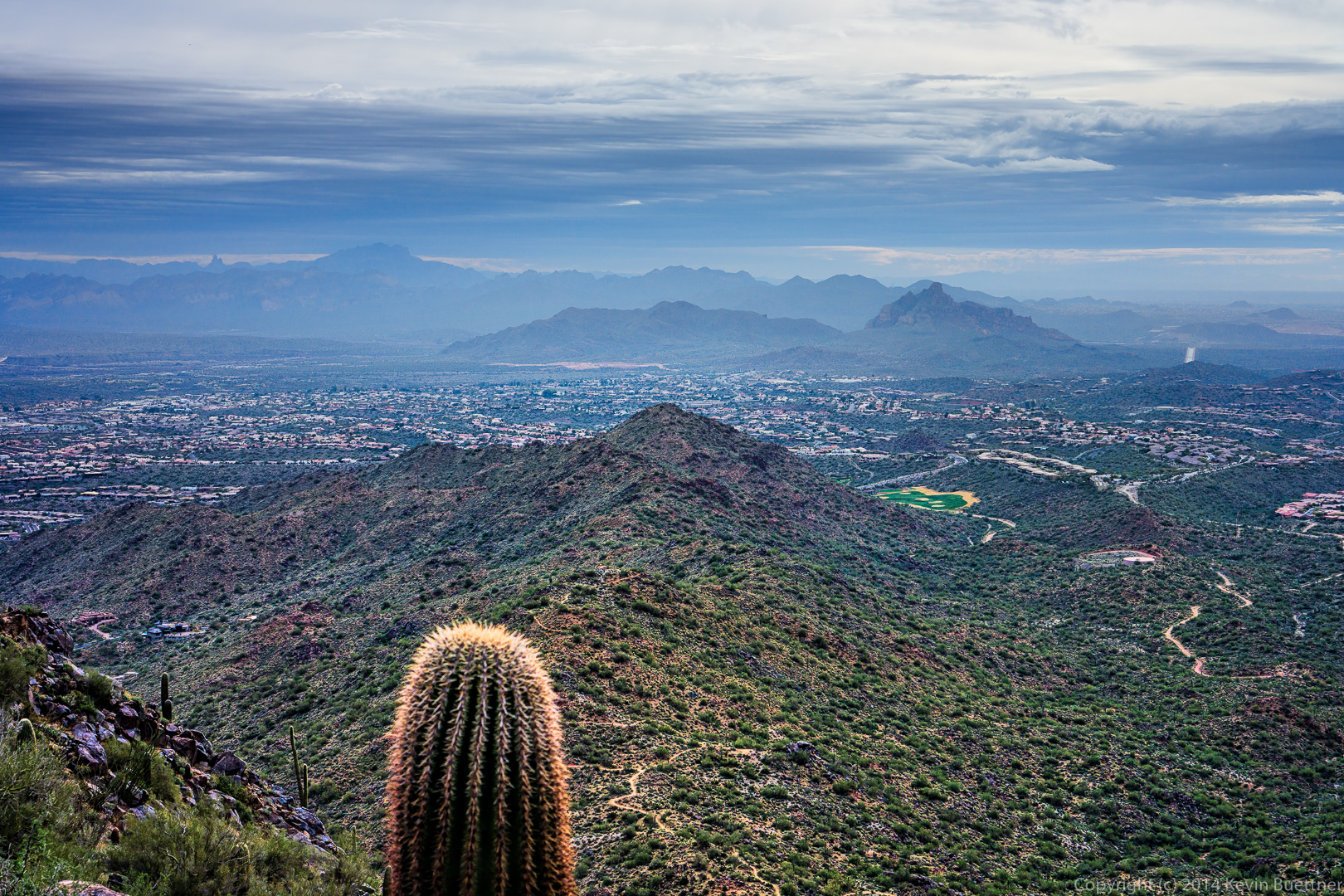 Another view from the overlook:

A view while descending the Western Loop Trail: 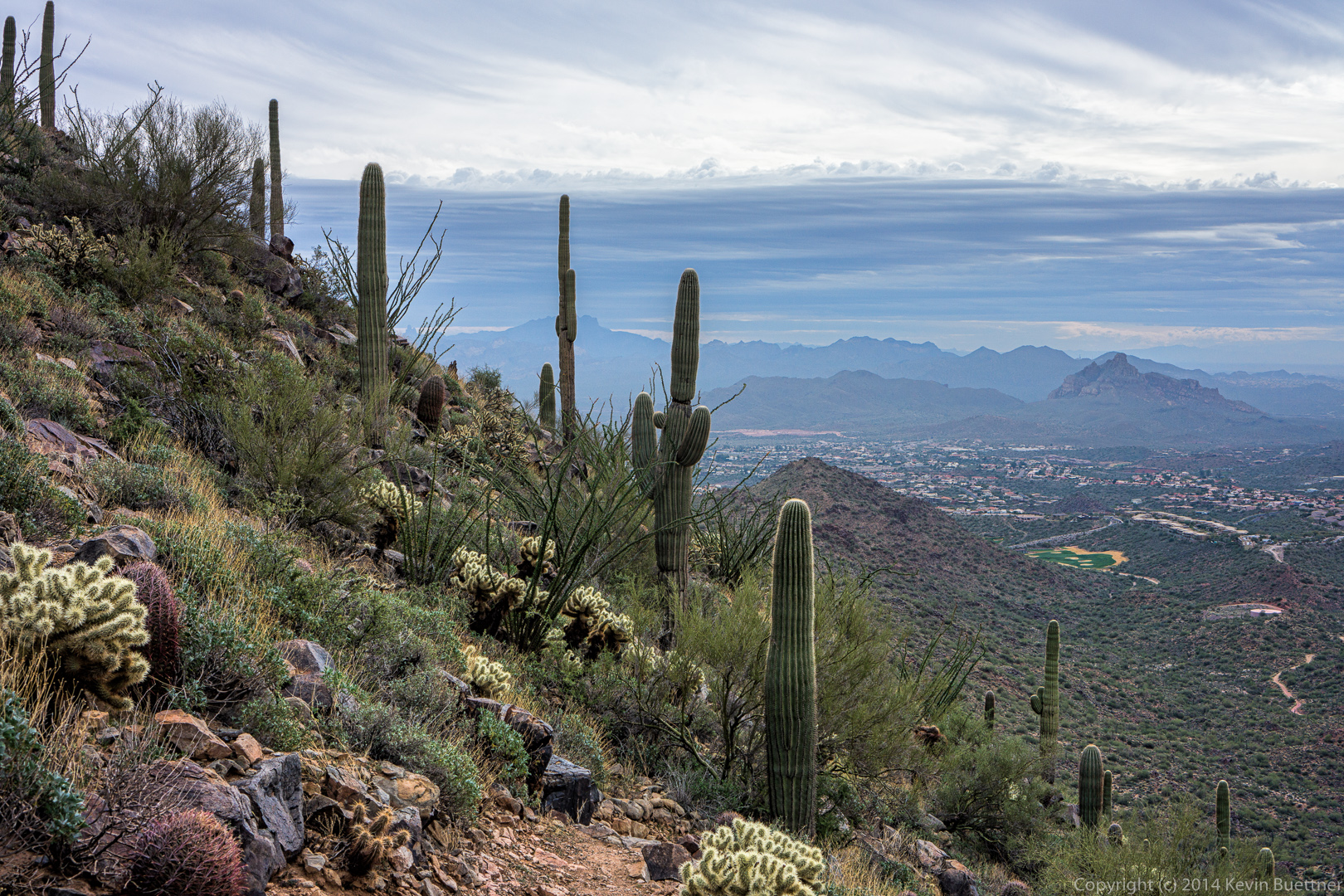 We saw the Fountain several times during our hike. 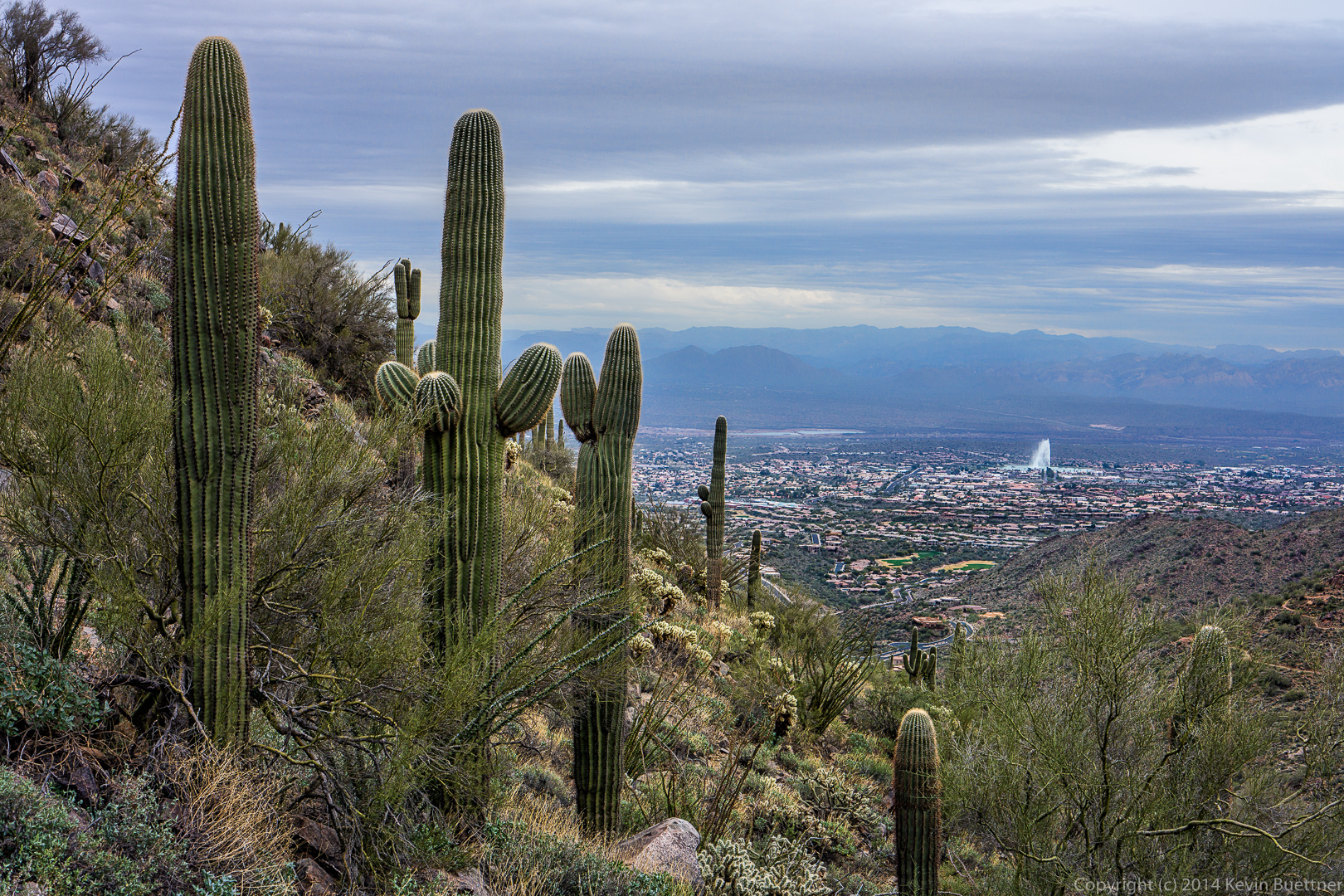 I tried to get both the saguaro and the background in focus in this shot below.  I combined two exposures to do this.  Unfortunately, there’s some blurred areas around the needles lower down which could not be blended very well. 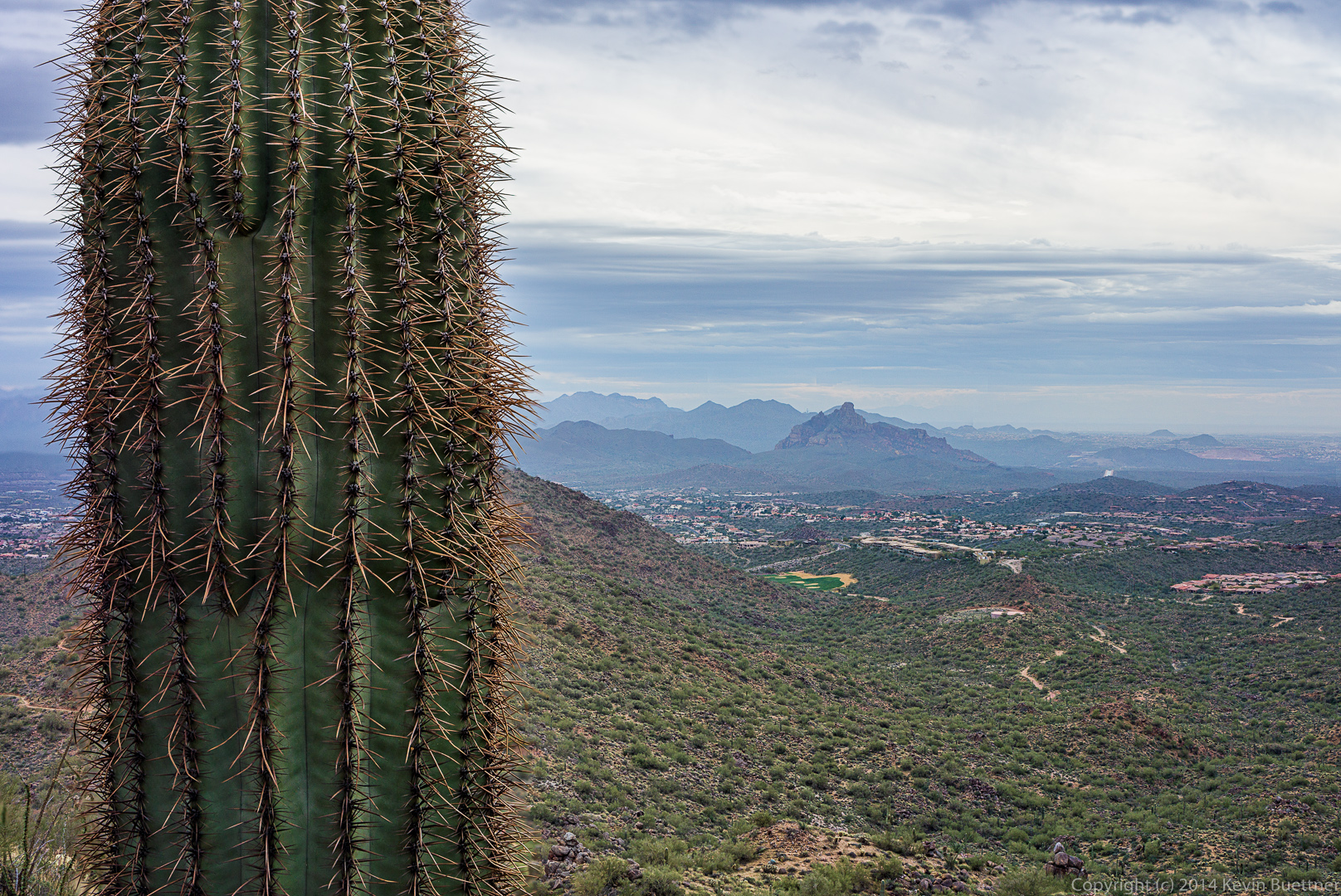 We passed this rock outcropping on our way down the Western Loop Trail. 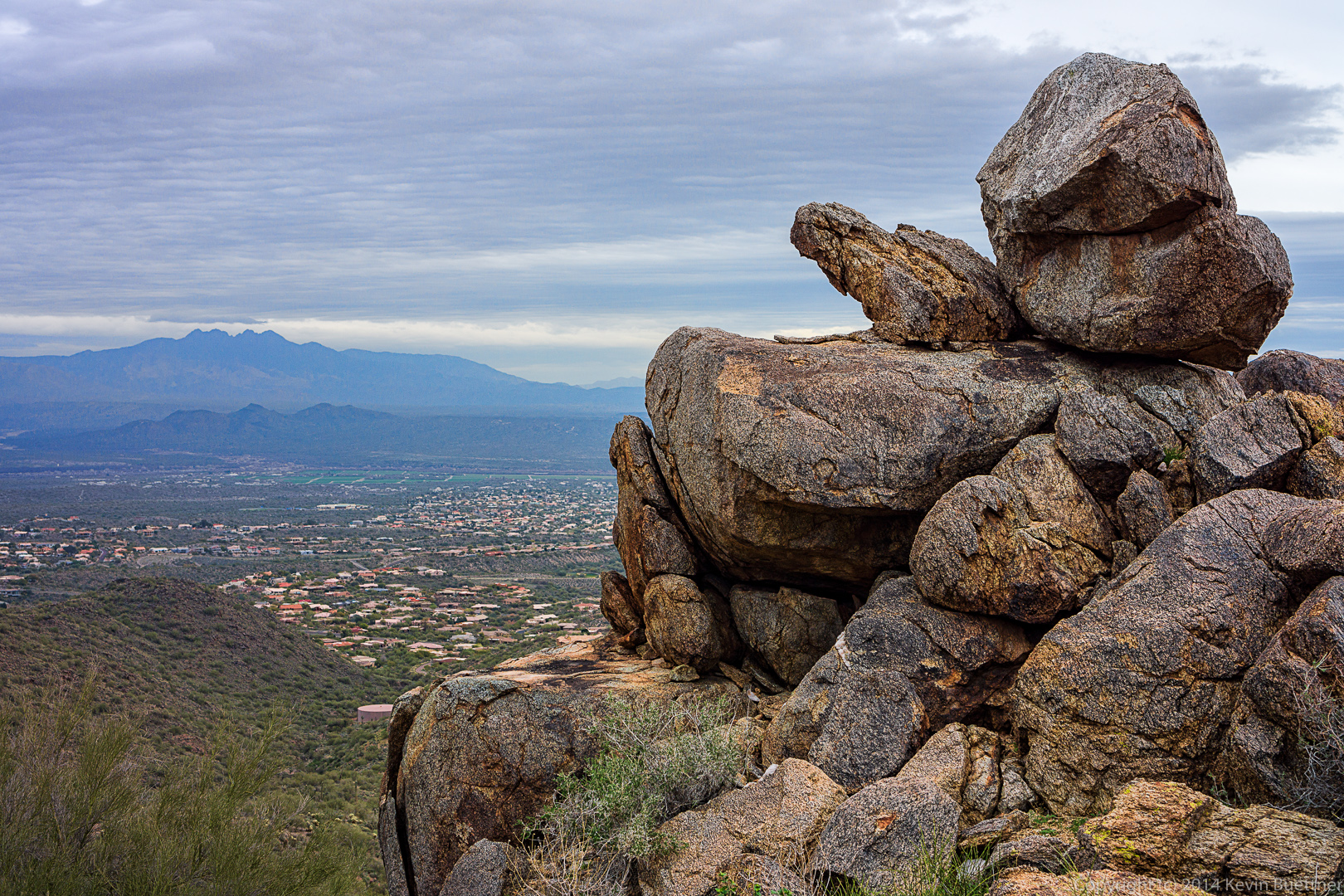 There were several points where we passed beneath ocotillos, many of which are hanging lower than I remember from past hikes. 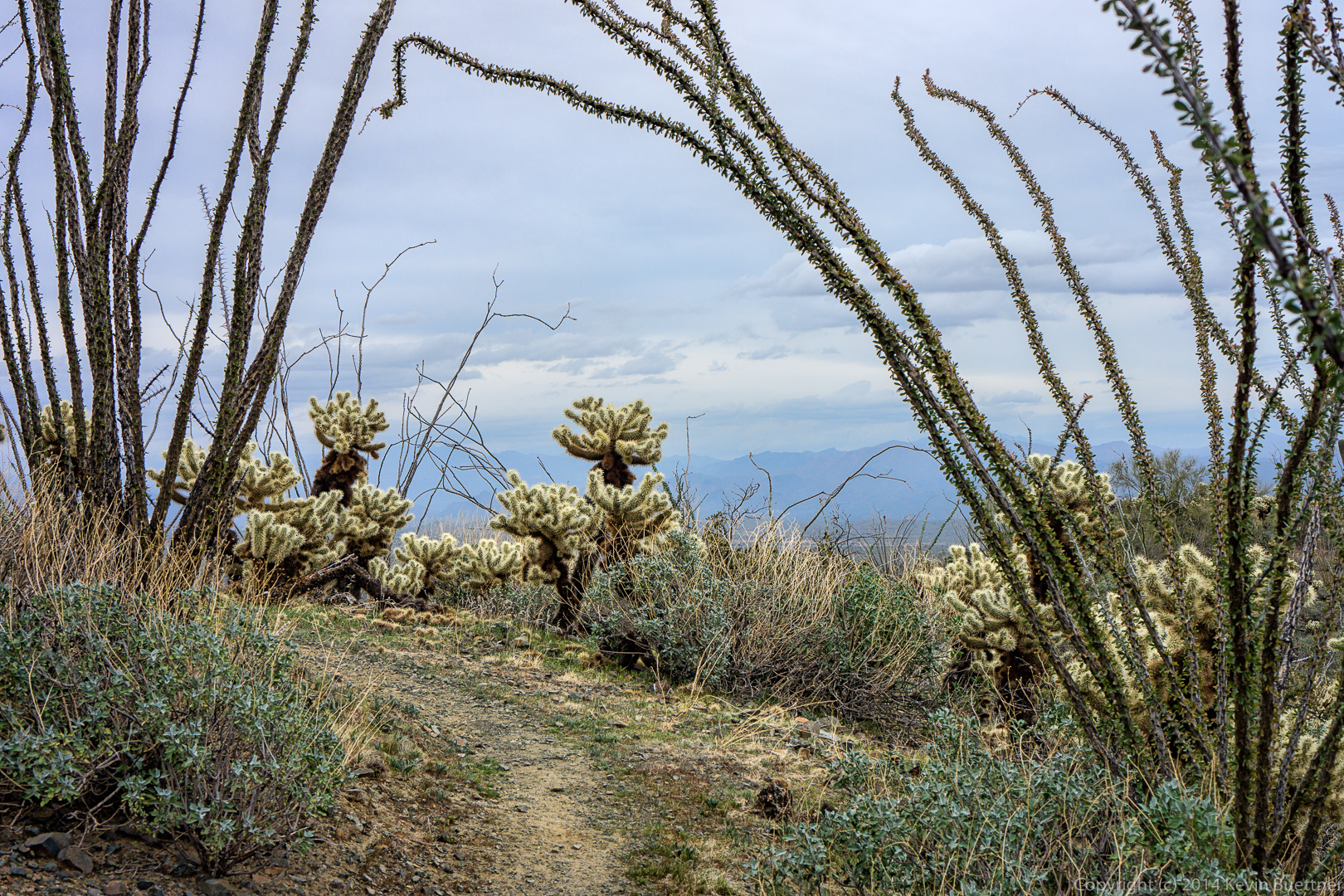 Alex and Ellen pose on the Sonoran Trail. 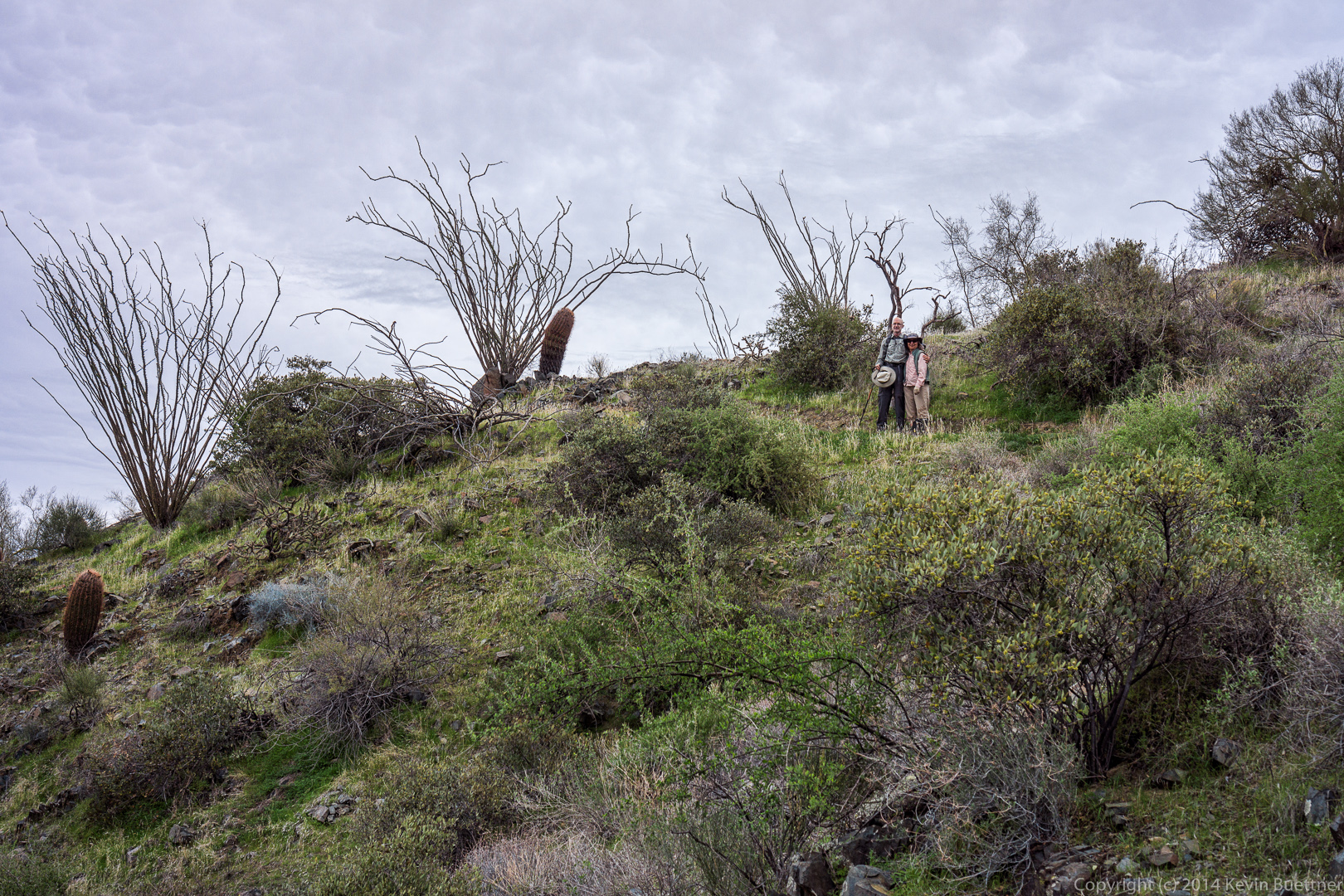 Back in the park at this point… 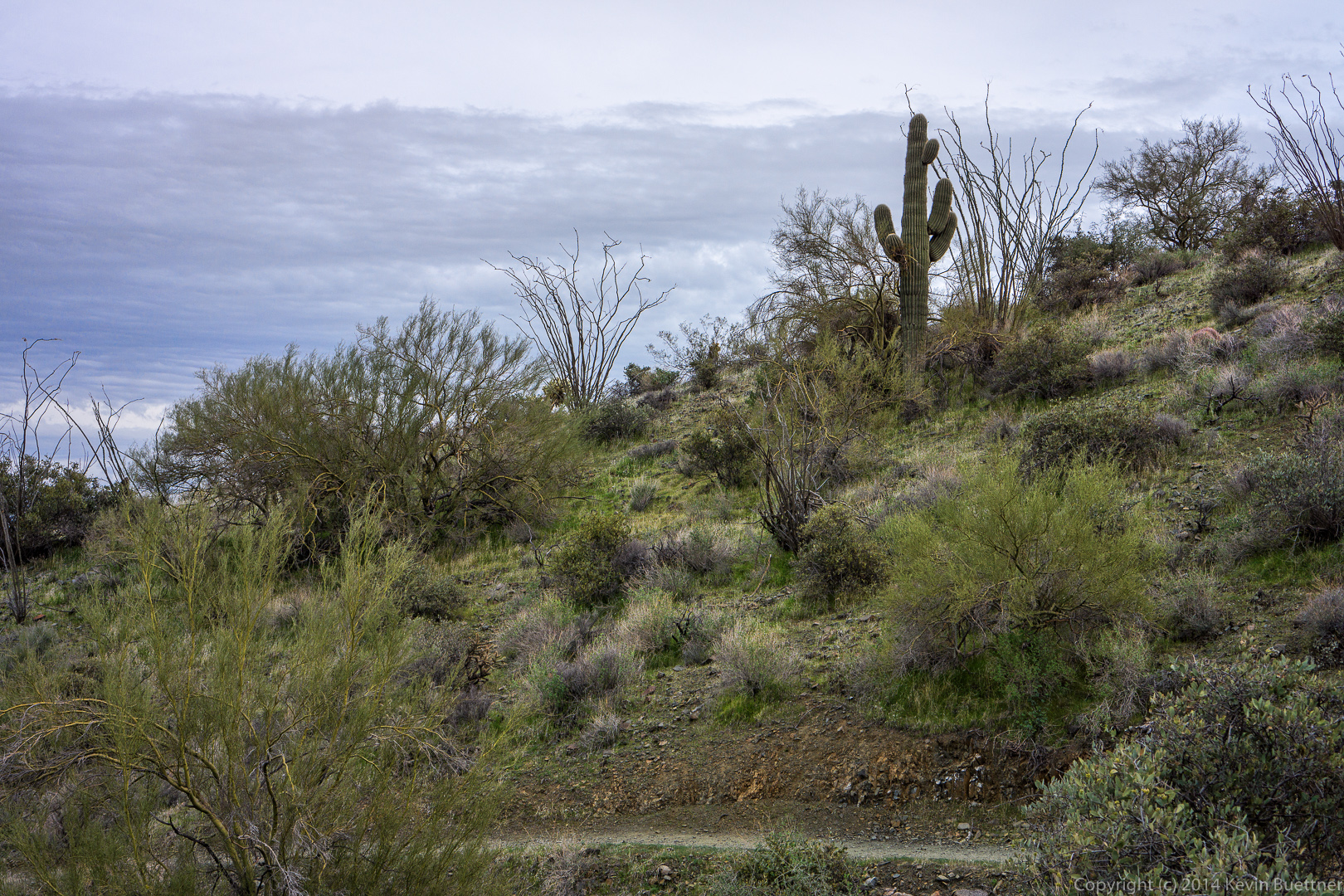 This is a wash near the Dixie Mine Trail.  This photo was constructed from six different exposures.  I only had a 35mm lens with me, so I took six photos of the scene and stitched them together.  Some of the panoramas, above, were constructed from as many as ten or more exposures.  (I lost count while doing some of them.) 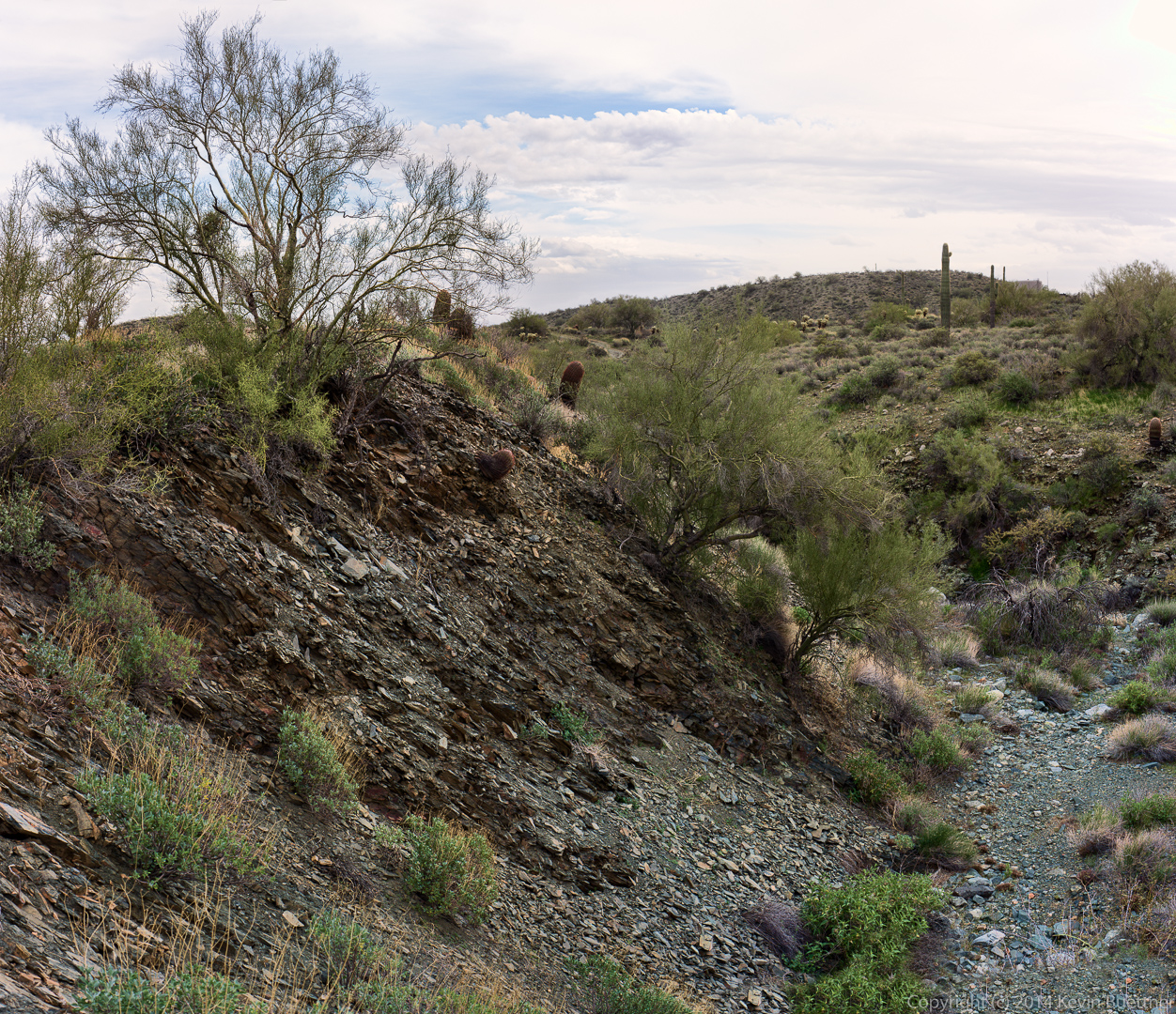