When we visited Dead Horse Point State Park last summer, I encountered an Asian gentleman who was walking around the view area asking other visitors if they knew where the “dead horse” was.  I explained to him that the park got its name from the legend of horses that died of thirst one time when the cowboys who corralled some horses on the neck didn’t make it back in time to let them out.

The Asian visitor already knew of this story.  He told me that, while in the visitor center, he had seen a postcard of a landmark that looked like a horse lying on its side. He continued looking (and asking many others about this landmark) and became very excited when he found it!  It can be seen in this photo about a third of the way over from the left edge, almost exactly half way up from the bottom.  There is a patch of whitish colored rock on the plateau near the river which is outlined by some red rock.  The whitish patch of rock resembles a horse. 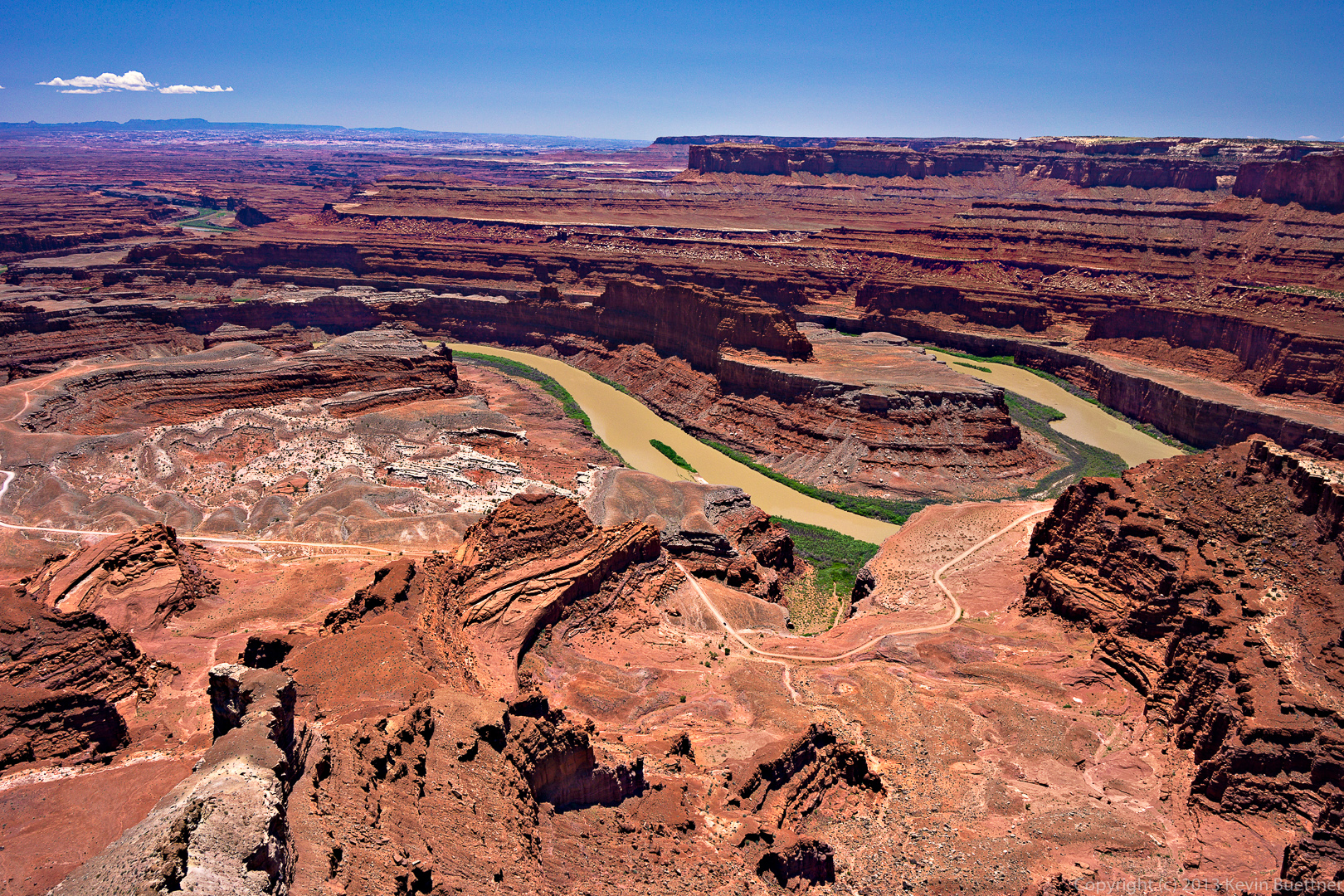