The Fountain at Night 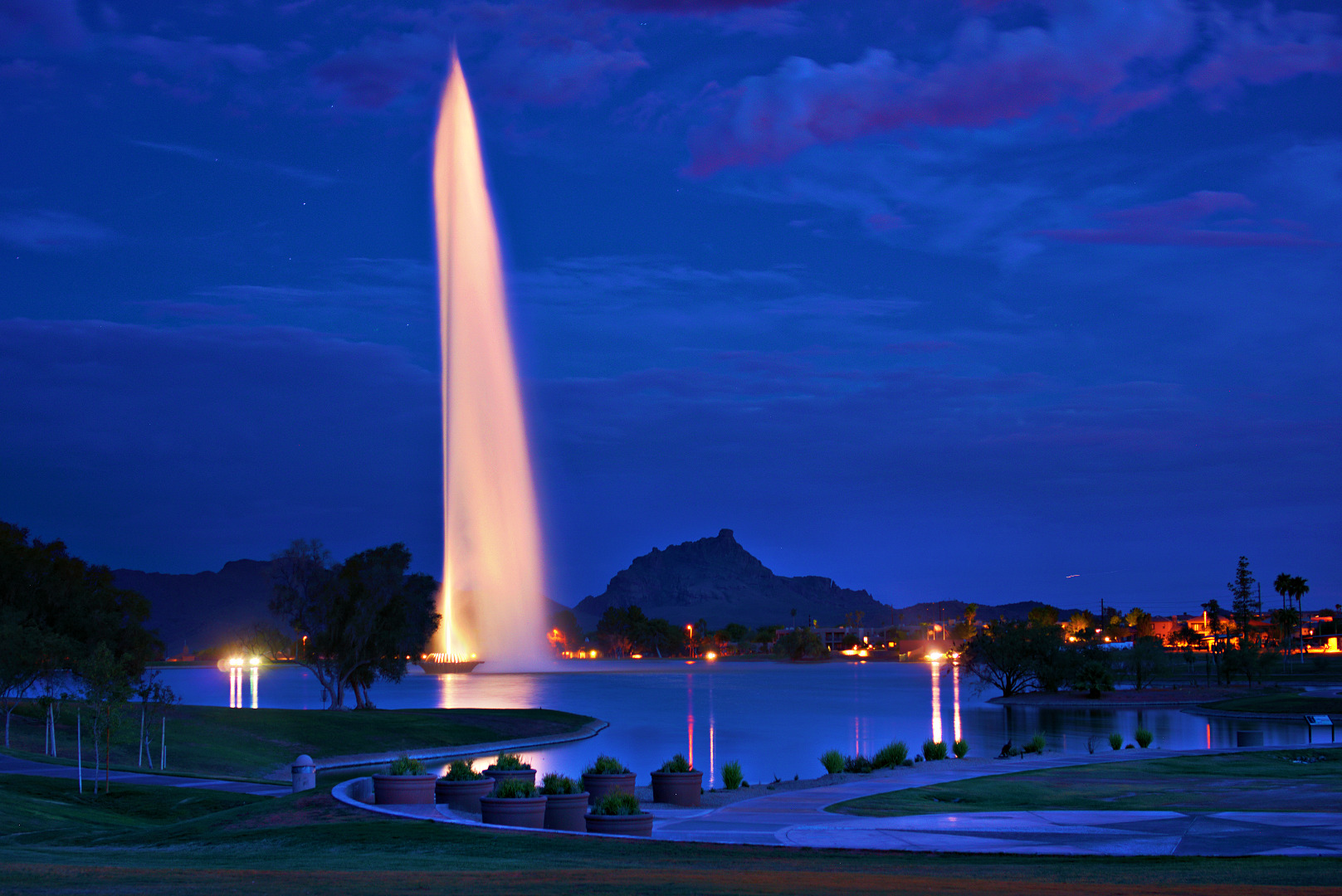 When I revisited this photo, I felt that the sky (and nearly all of the darker tones) were far too blue. I did another edit which is not as blue. This version also has more definition in the sky. 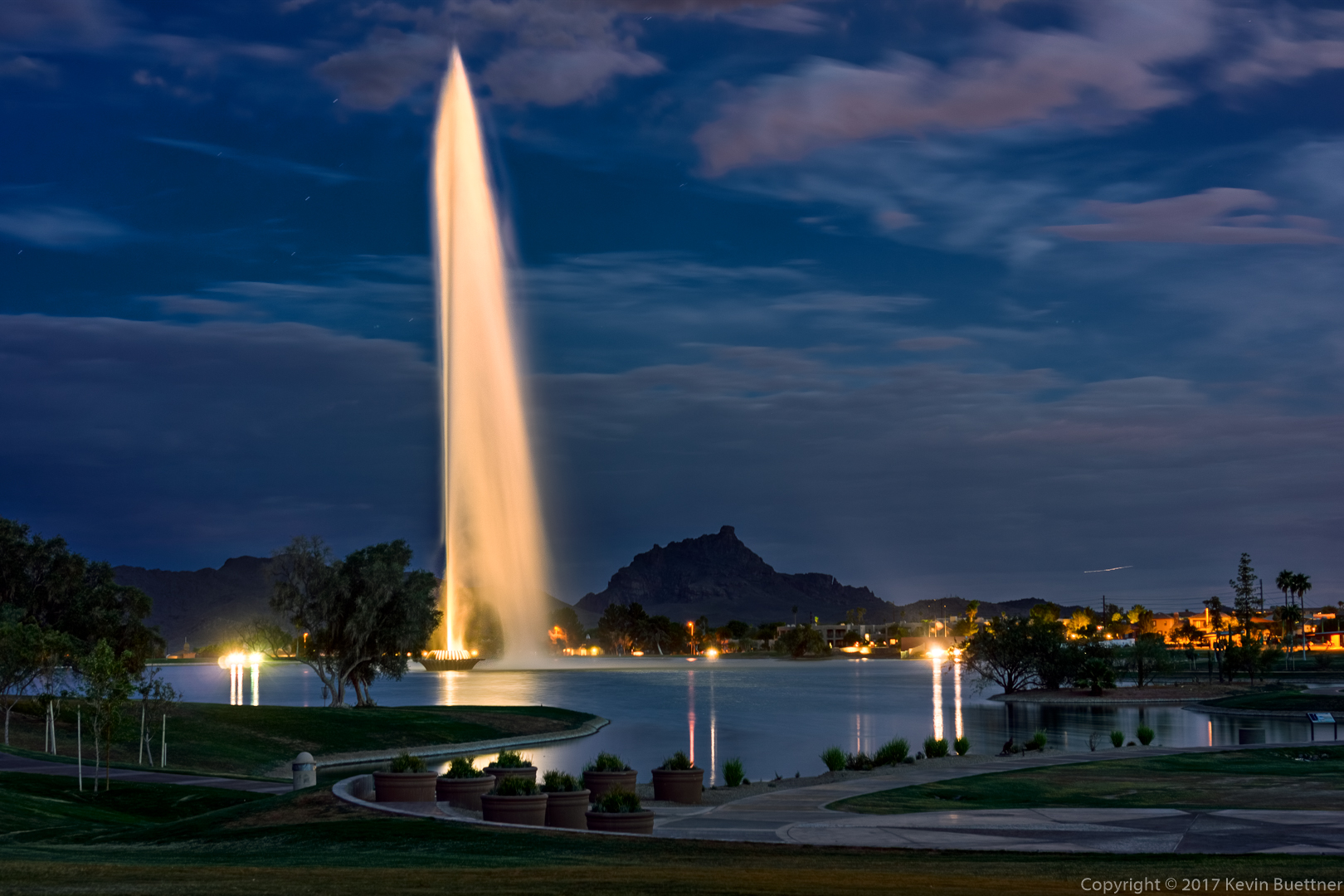 Below is another version – I liked the color of the fountain in my original edit from 2013, so I did a new edit in which I tried to get closer to that color. When I was done, I did a blend of my two most recent attempts with the following result: 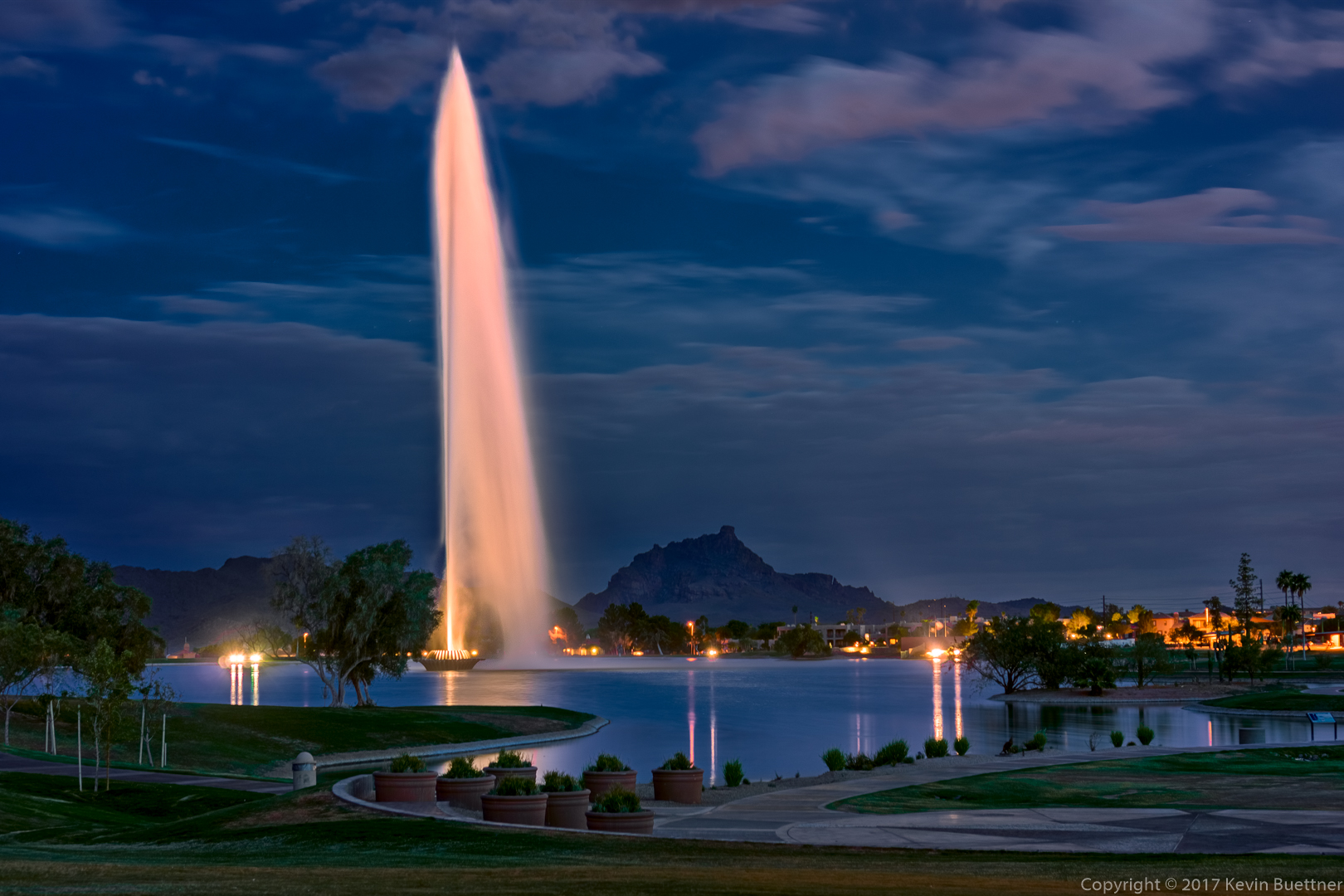