Molly, Reaching Out of the Tube

I took this shot earlier tonight while testing out a new memory card.  We have a four foot (or so) long tube that the cats can crawl through.  There’s a hole in the middle at which Molly likes to stop and look out. 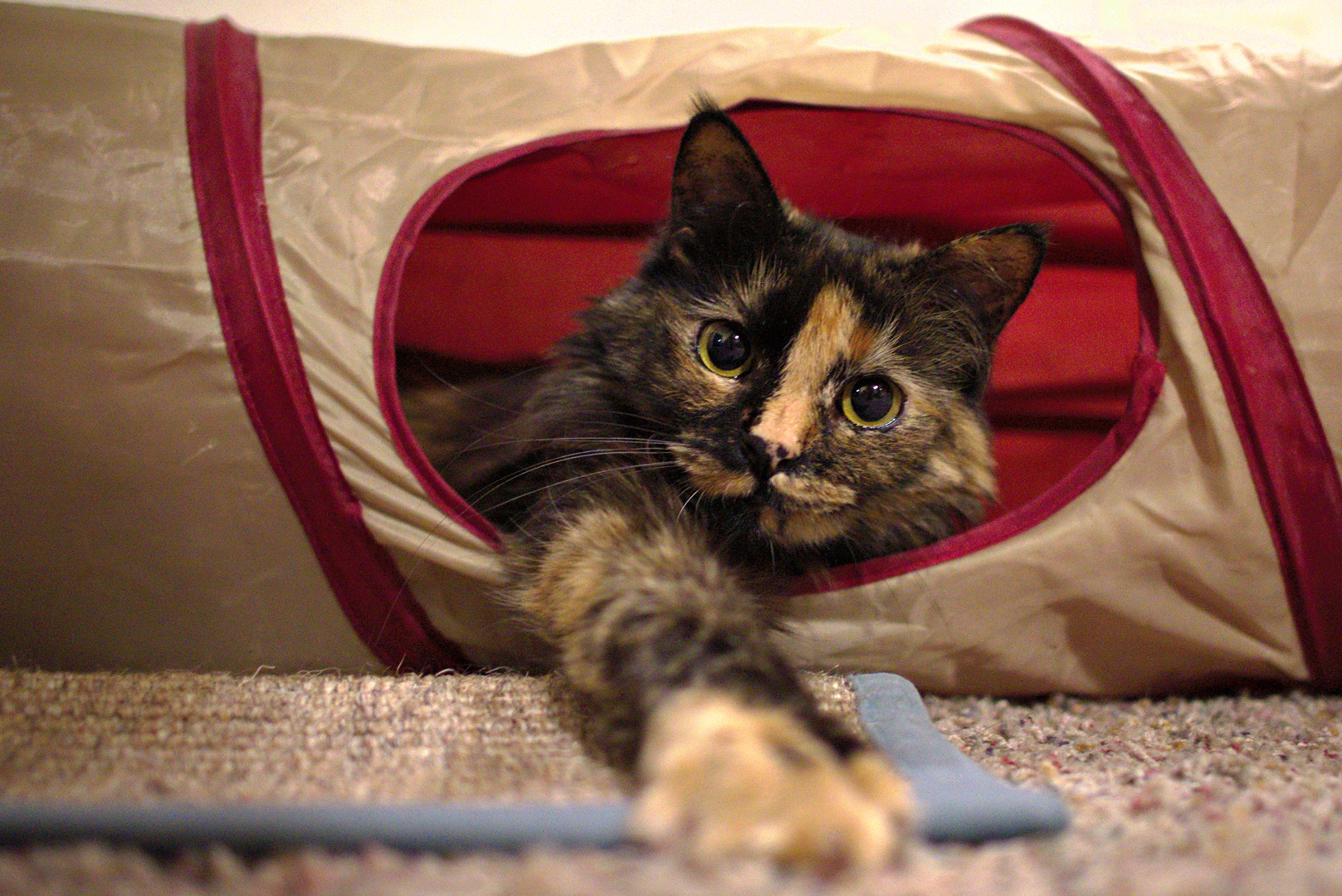 It looks better than I expected for ISO 6400.  If you look closely, you can see some noise on the left hand side towards the bottom.  At 1:1, there’s even more noise almost everywhere.  But I purposely held back on the noise reduction because it tends to make the image too soft.

I just realized that I could’ve used a lower ISO or perhaps a smaller aperture had I taken off the polarizing filter… ah well.