Friday’s Hike started at the Butcher Jones Recreation Site near Saguaro Lake.  Nine of us hiked the Butcher Jones Trail: me, Joe, Bob, Sarge, Janet, Linda, Michaela, Nick, and Jen. We hiked out to Burro Cove and returned the way we came. 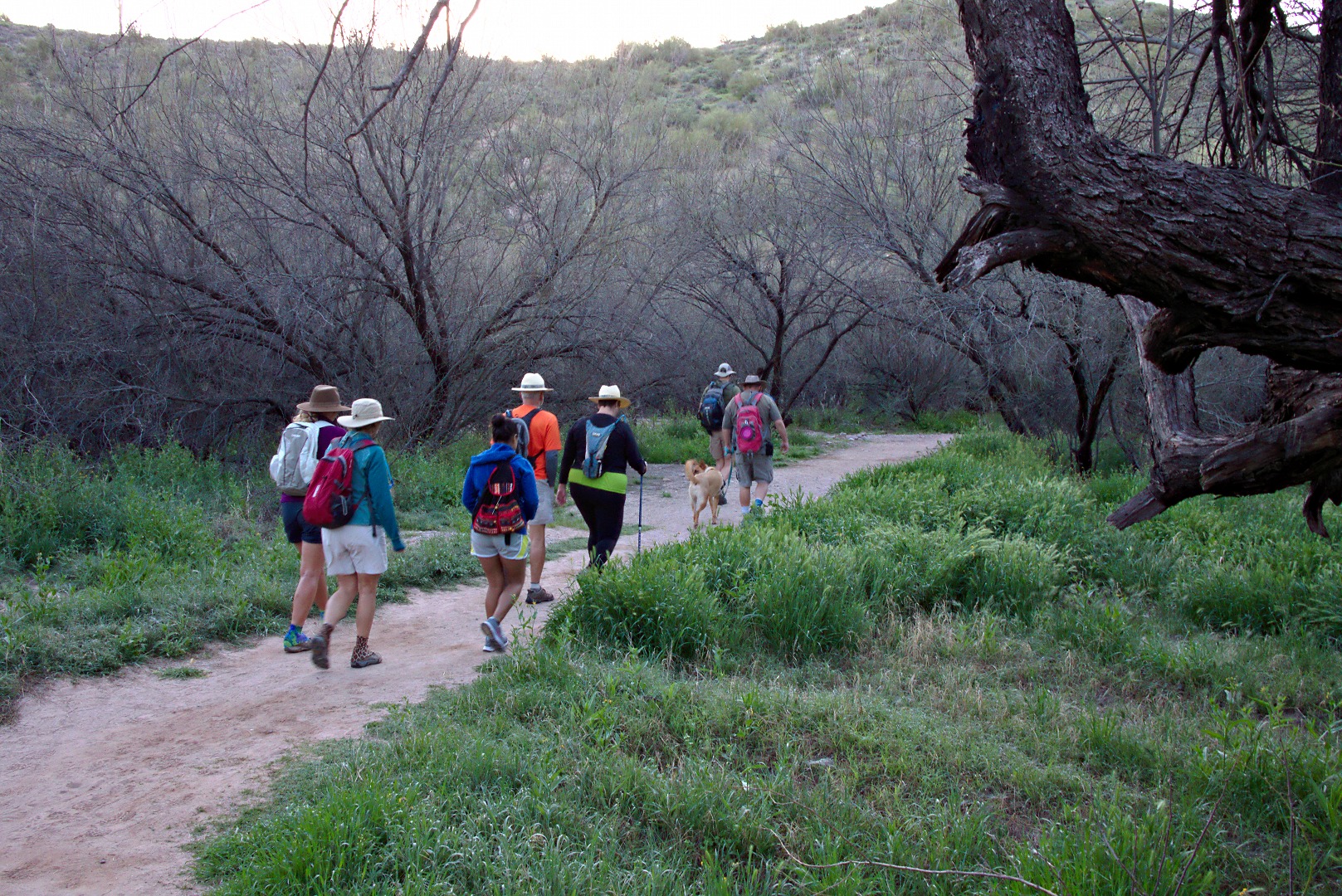 An early morning view of the prominent rock formation next to Butcher Jones Beach: 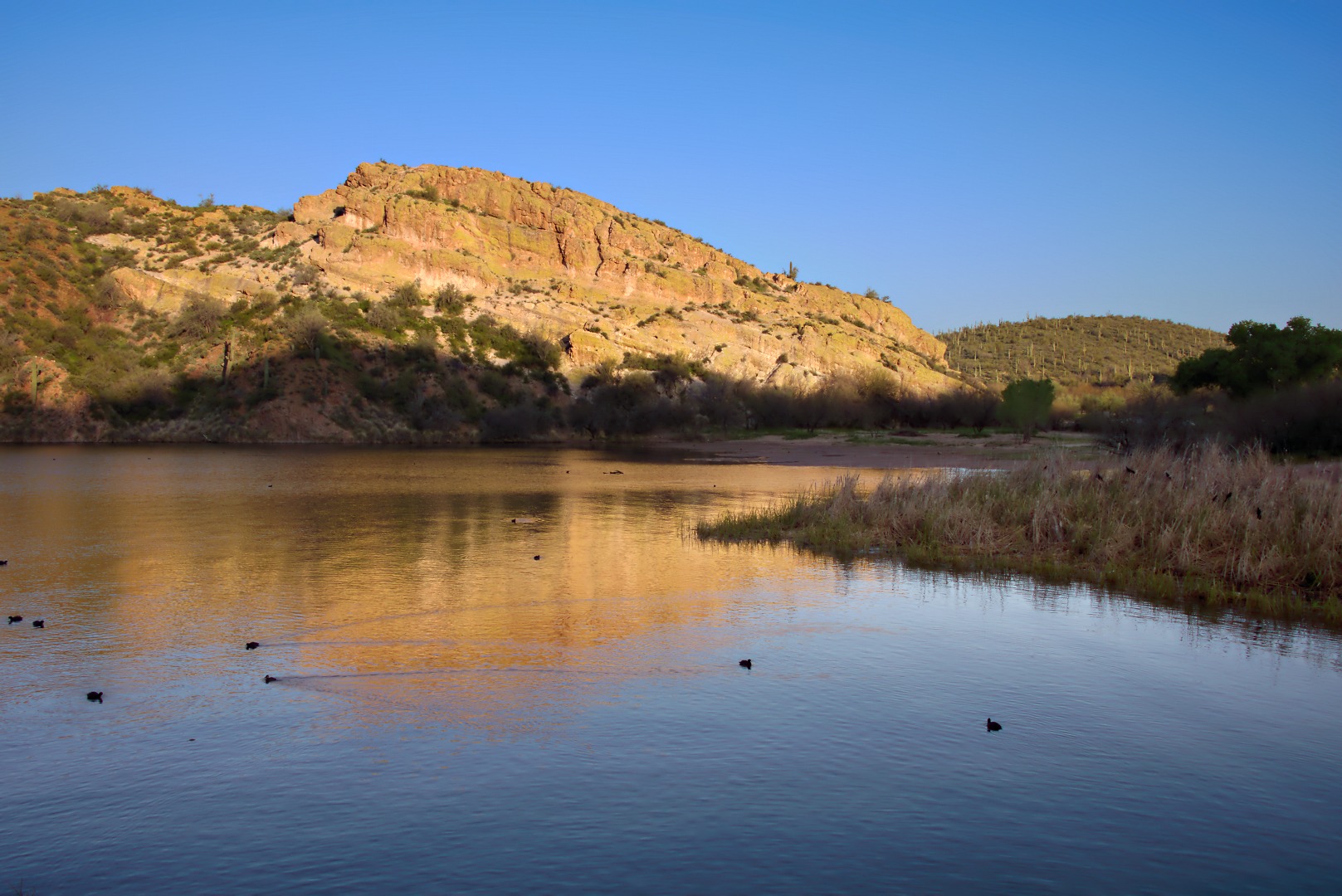 Fishermen in boats were out early too. 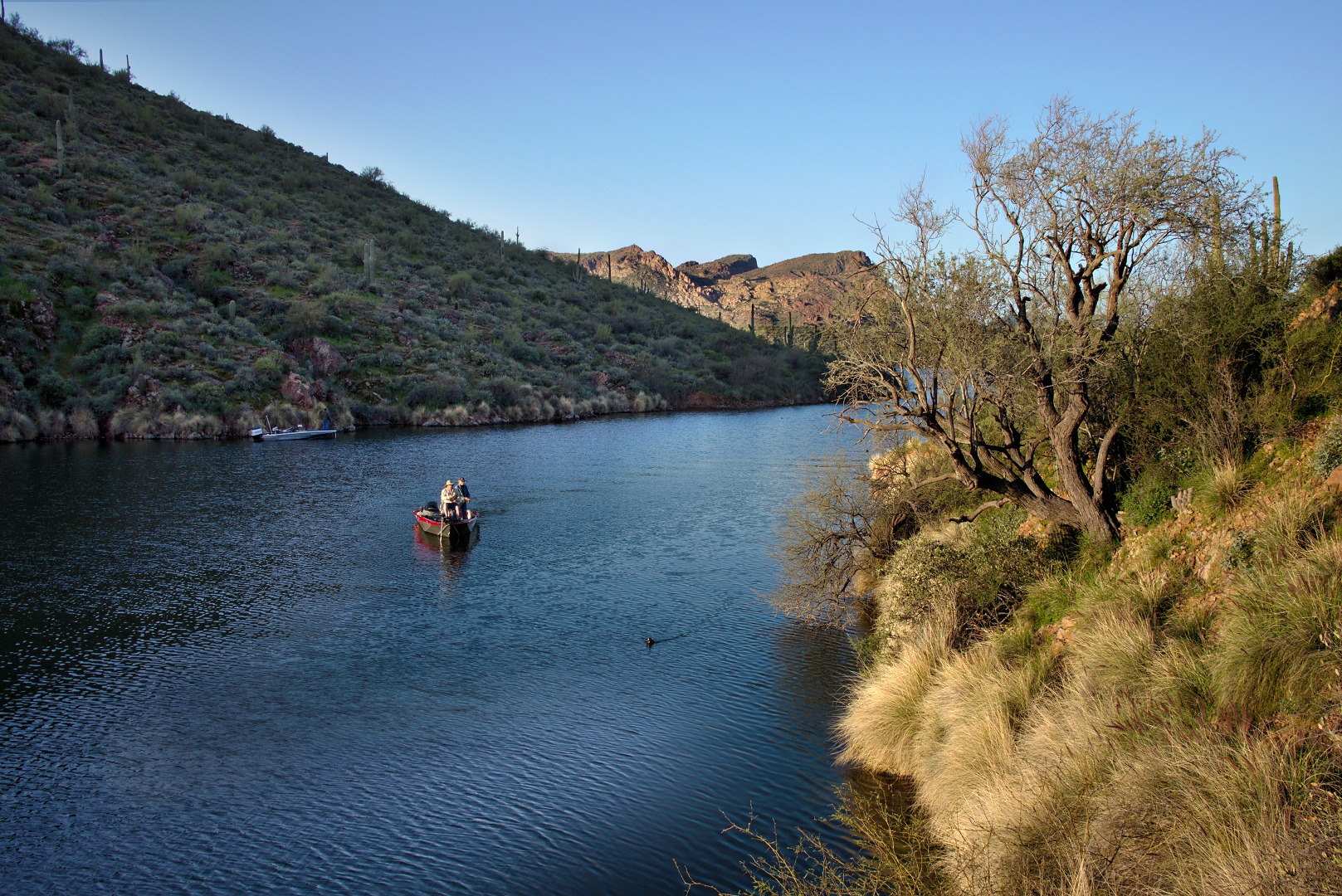 My memory of the Butcher Jones Trail was “mostly flat”, but it does have its ups and downs: 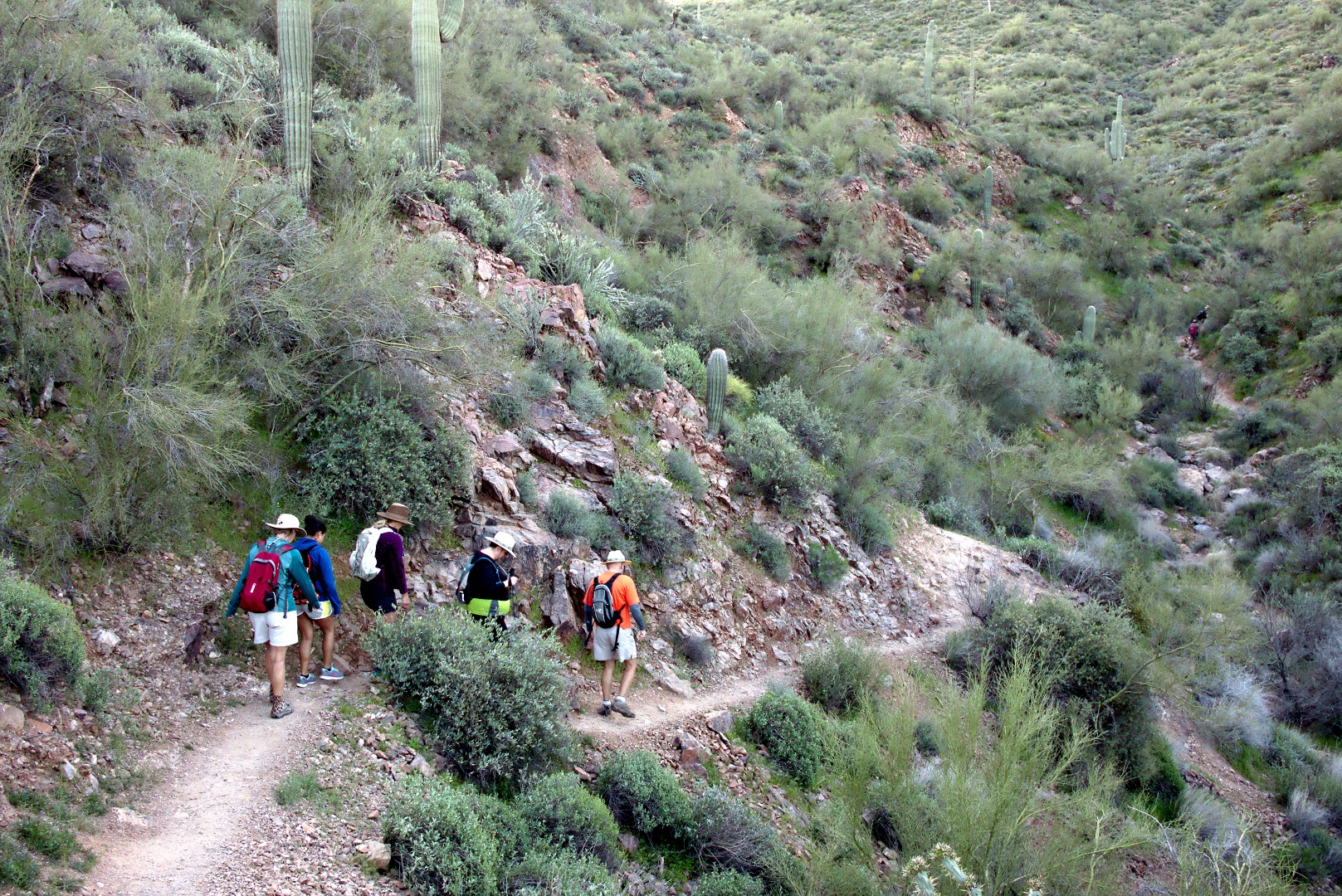 Another view of the lake and the rock cliffs containing it.  Butcher Jones Beach, which is near the parking area, can be seen at the far right. 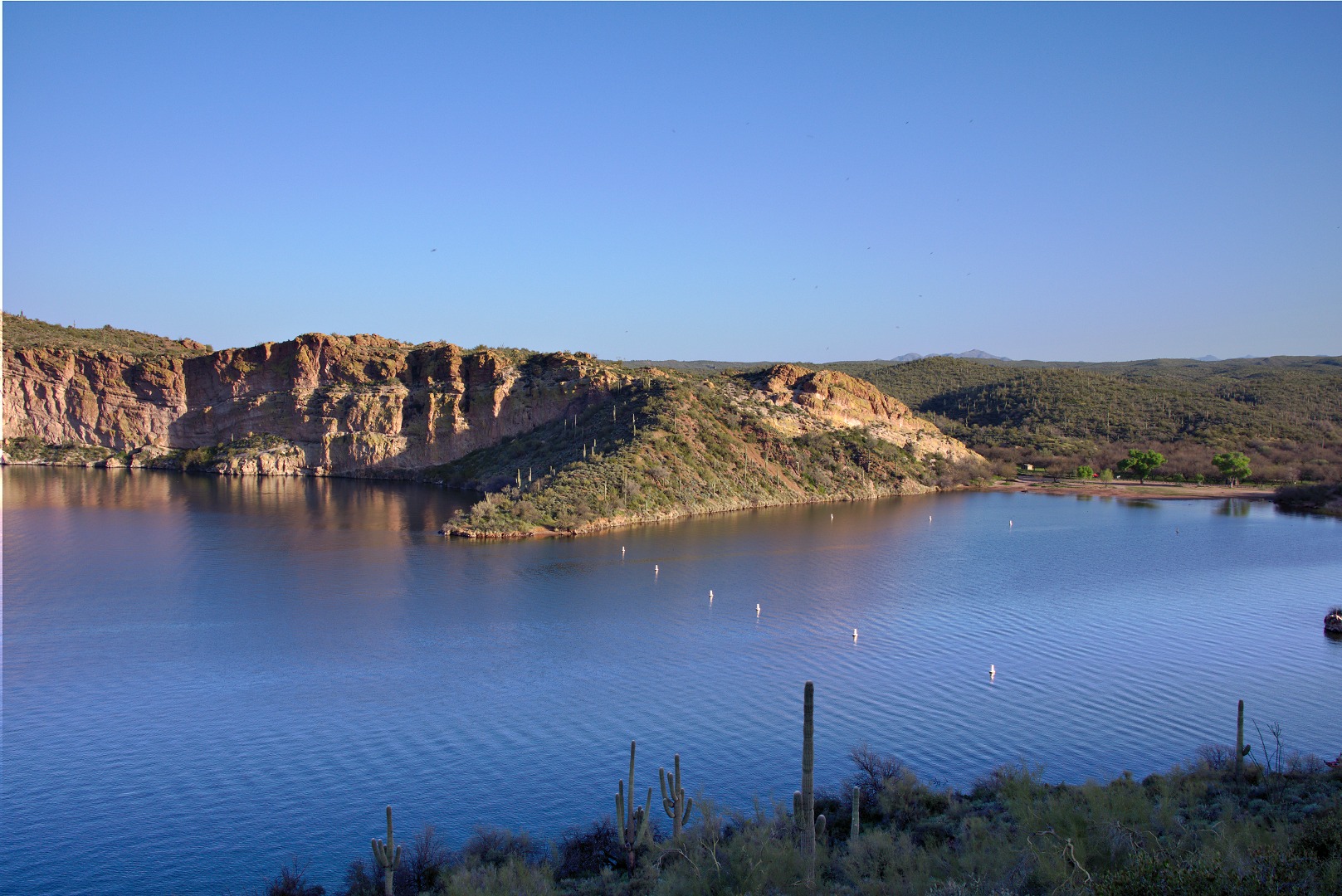 Nick and Janet engage in conversation while Michaela looks on. 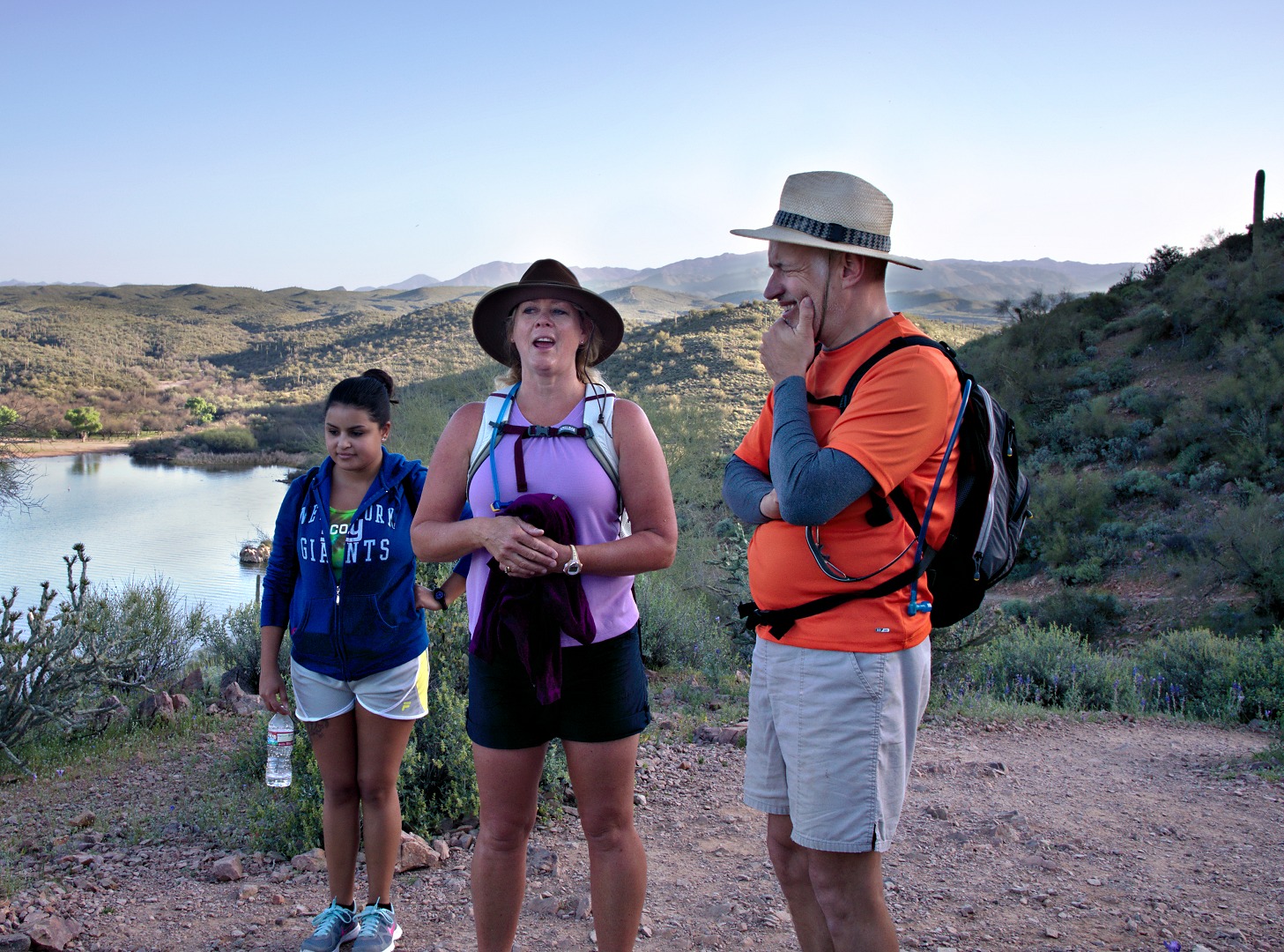 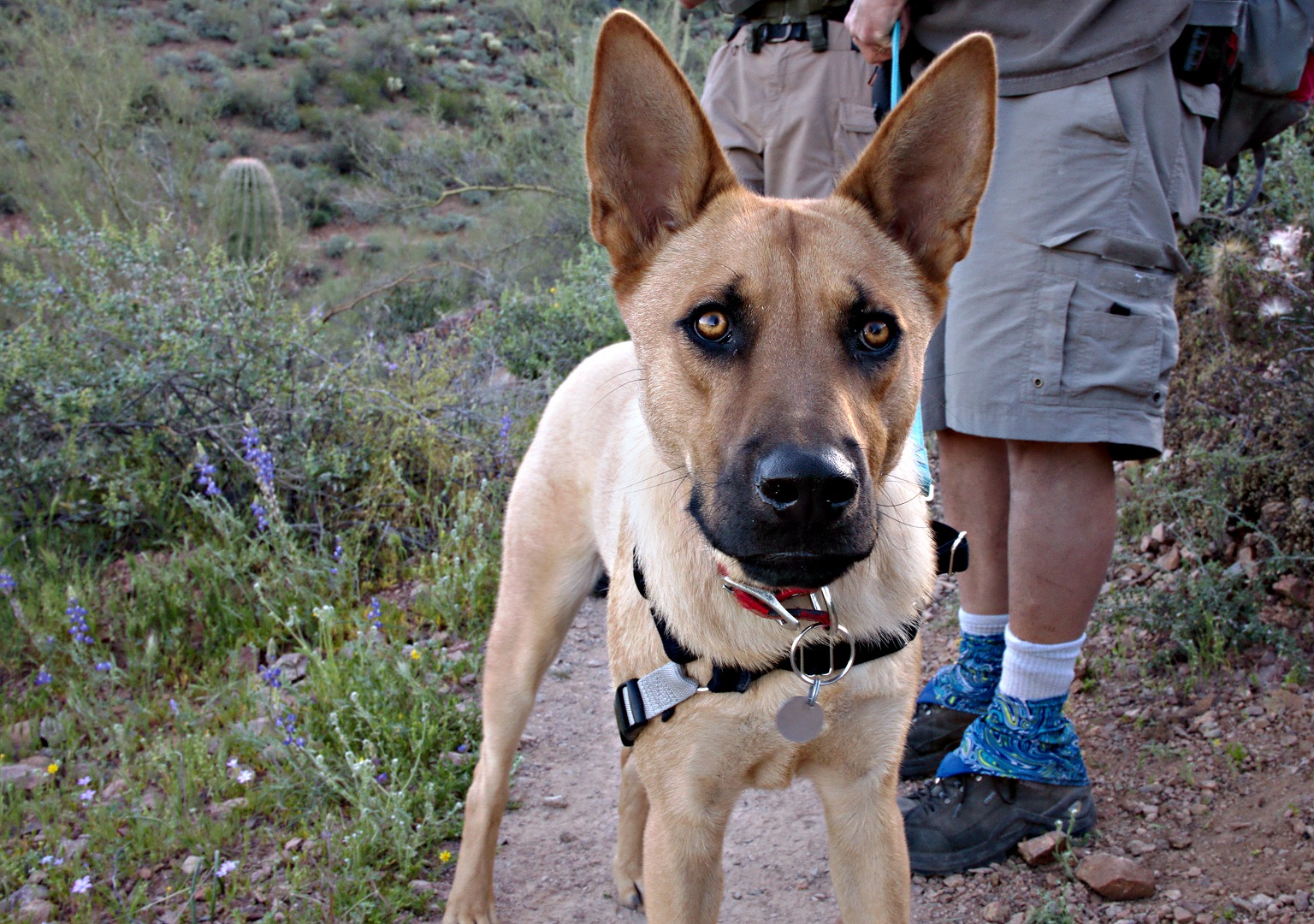 Sarge is a big and playful dog! 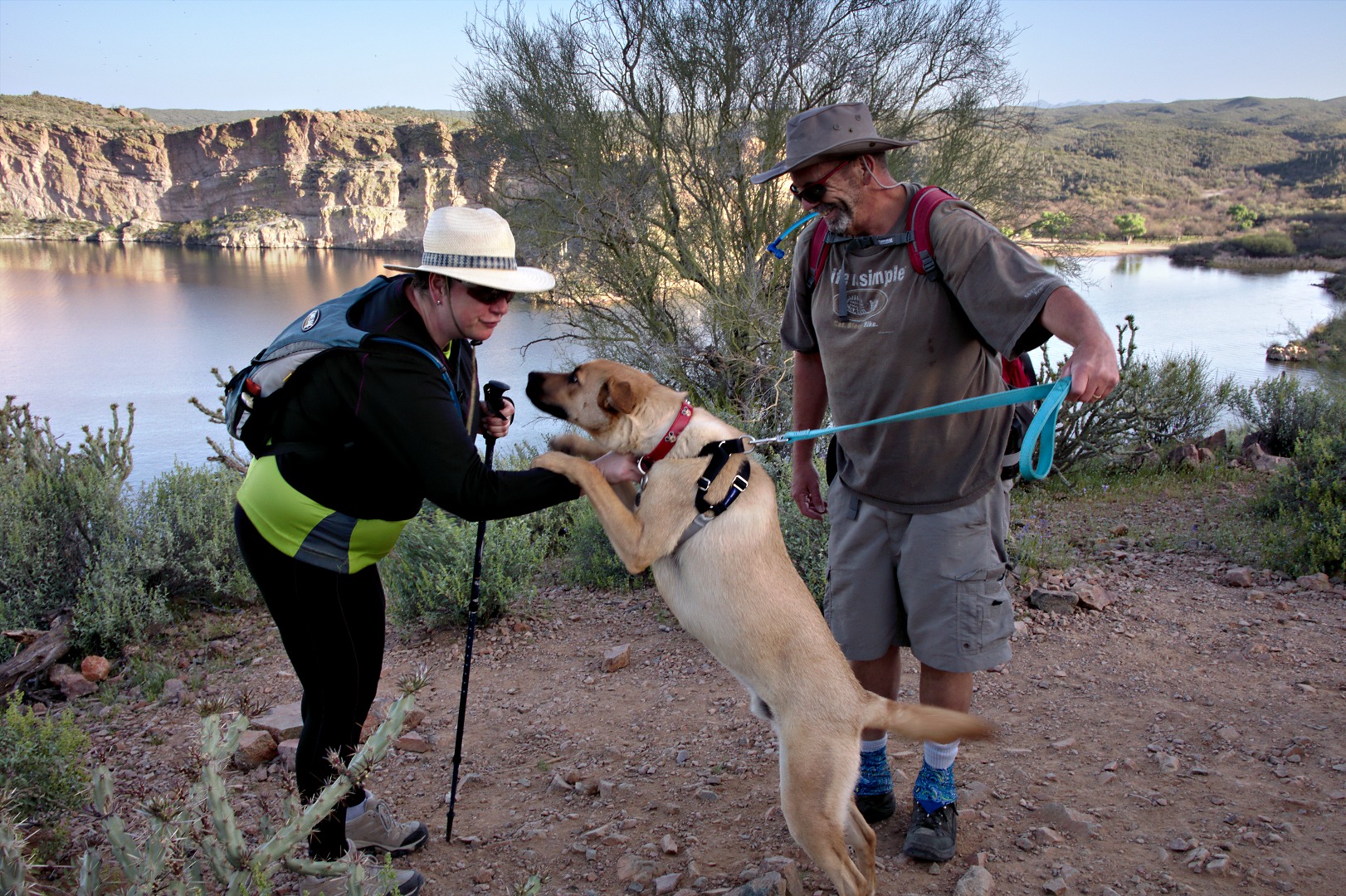 Linda, taking her own photo of Sarge: 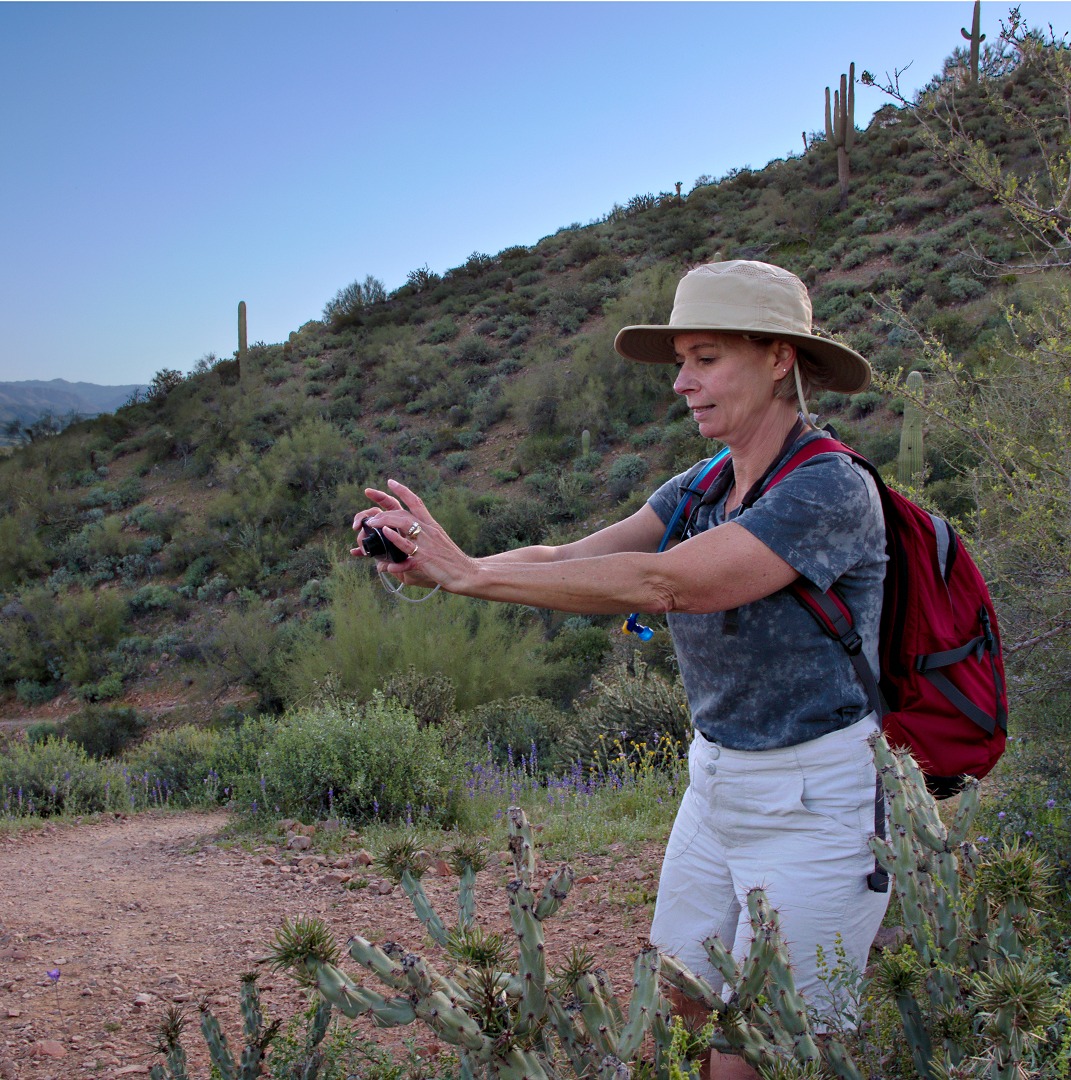 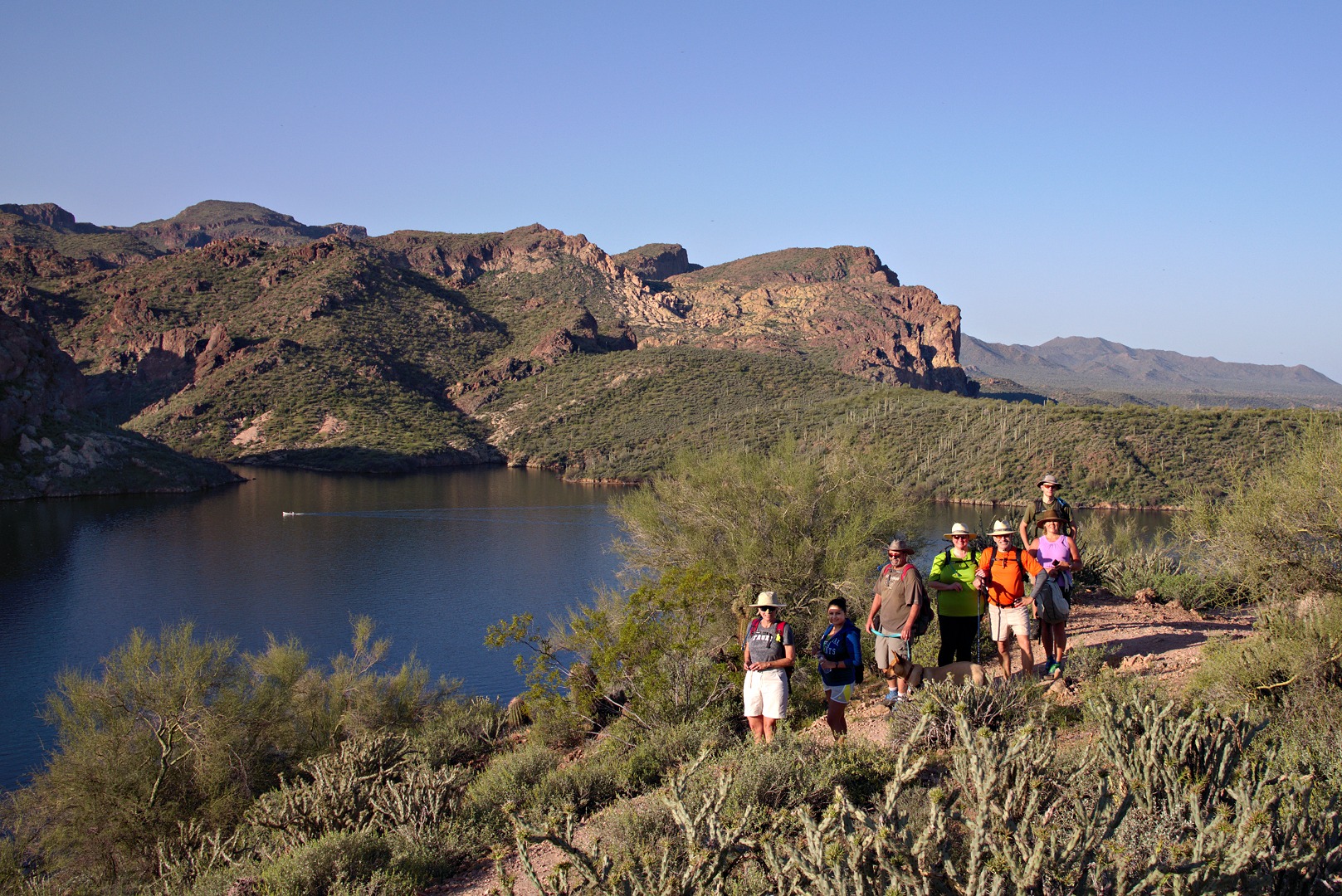 Linda took this photo of me: 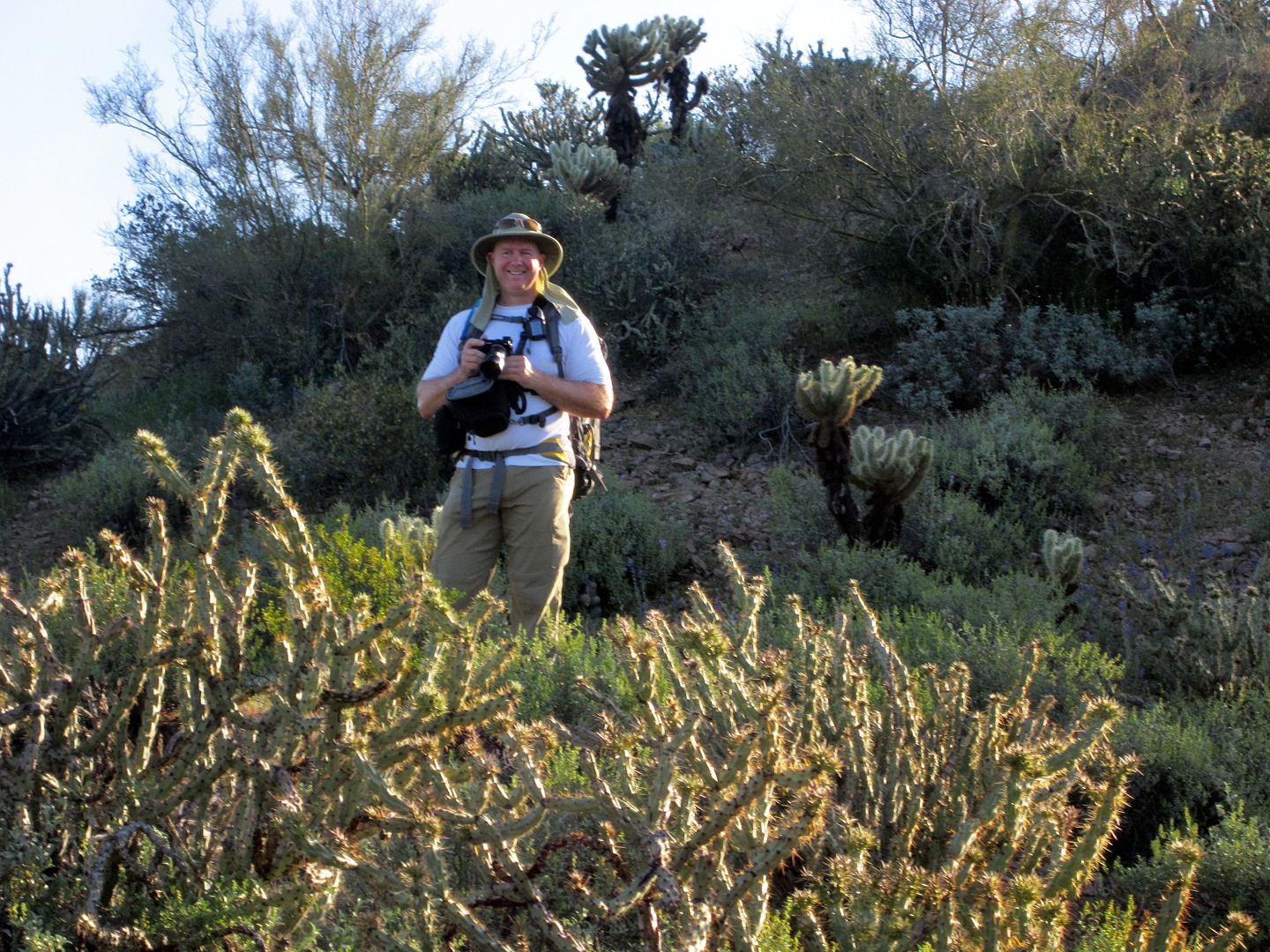 The Flatiron can be seen in the far distance: 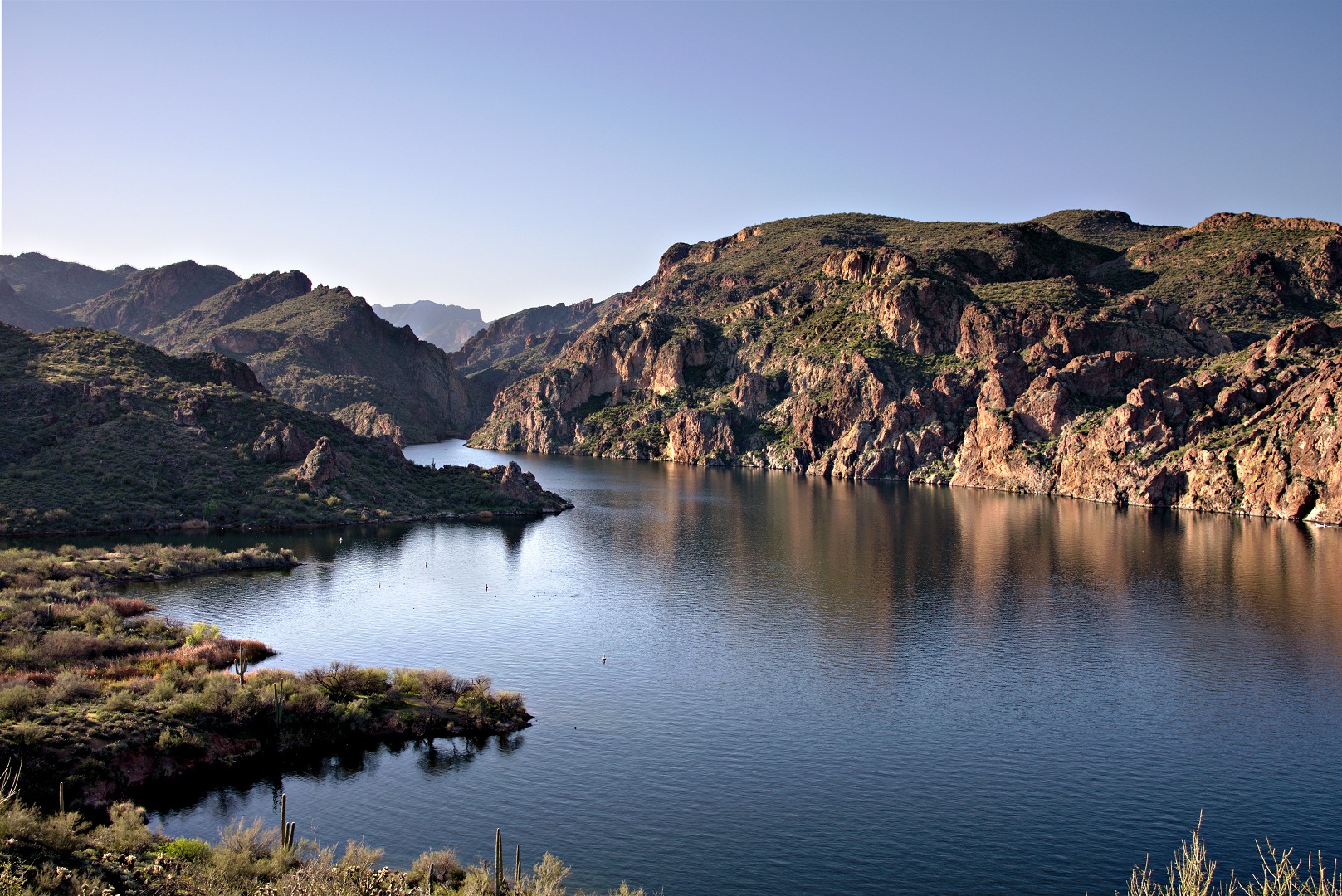 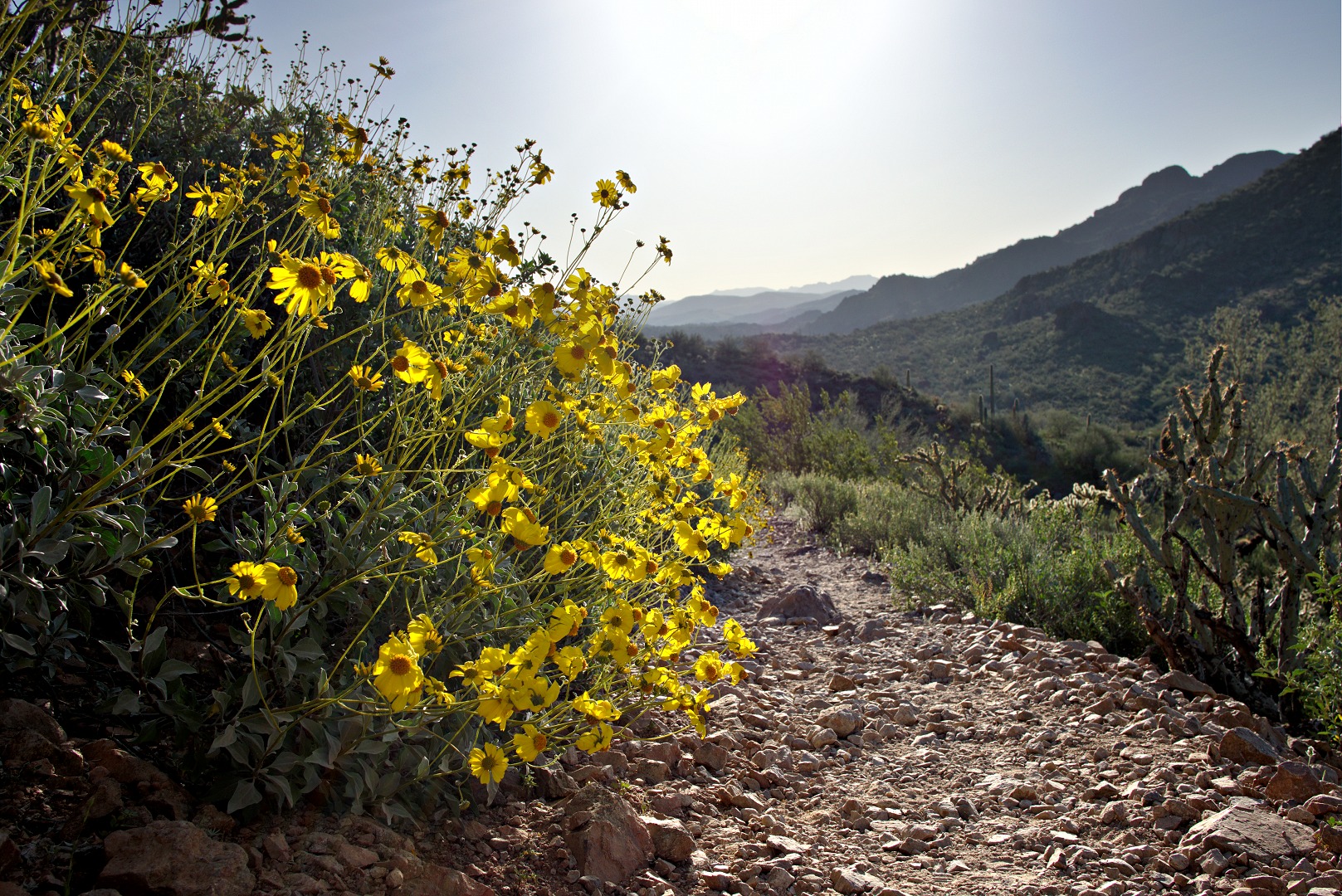 Another view of some craggy cliffs: 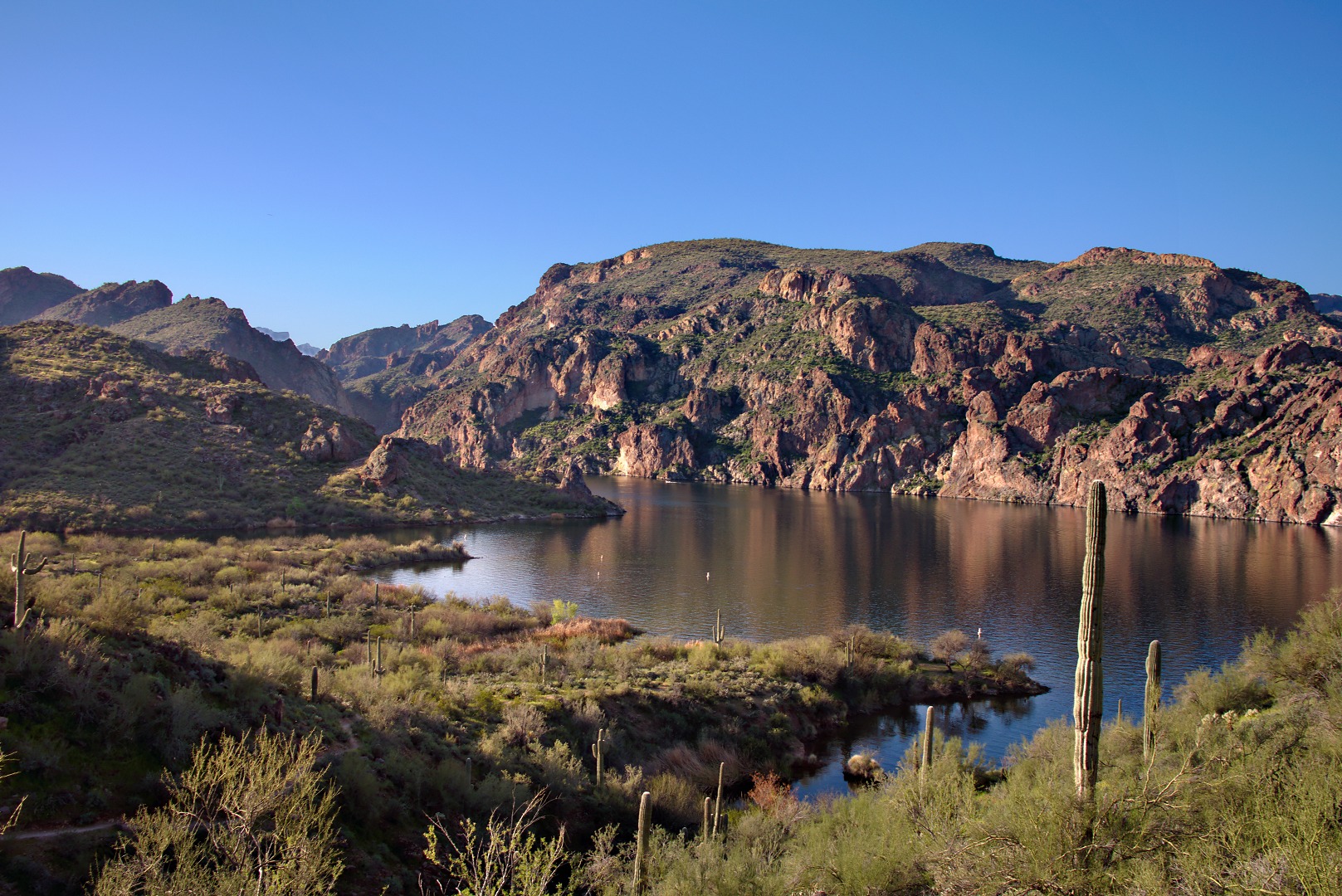 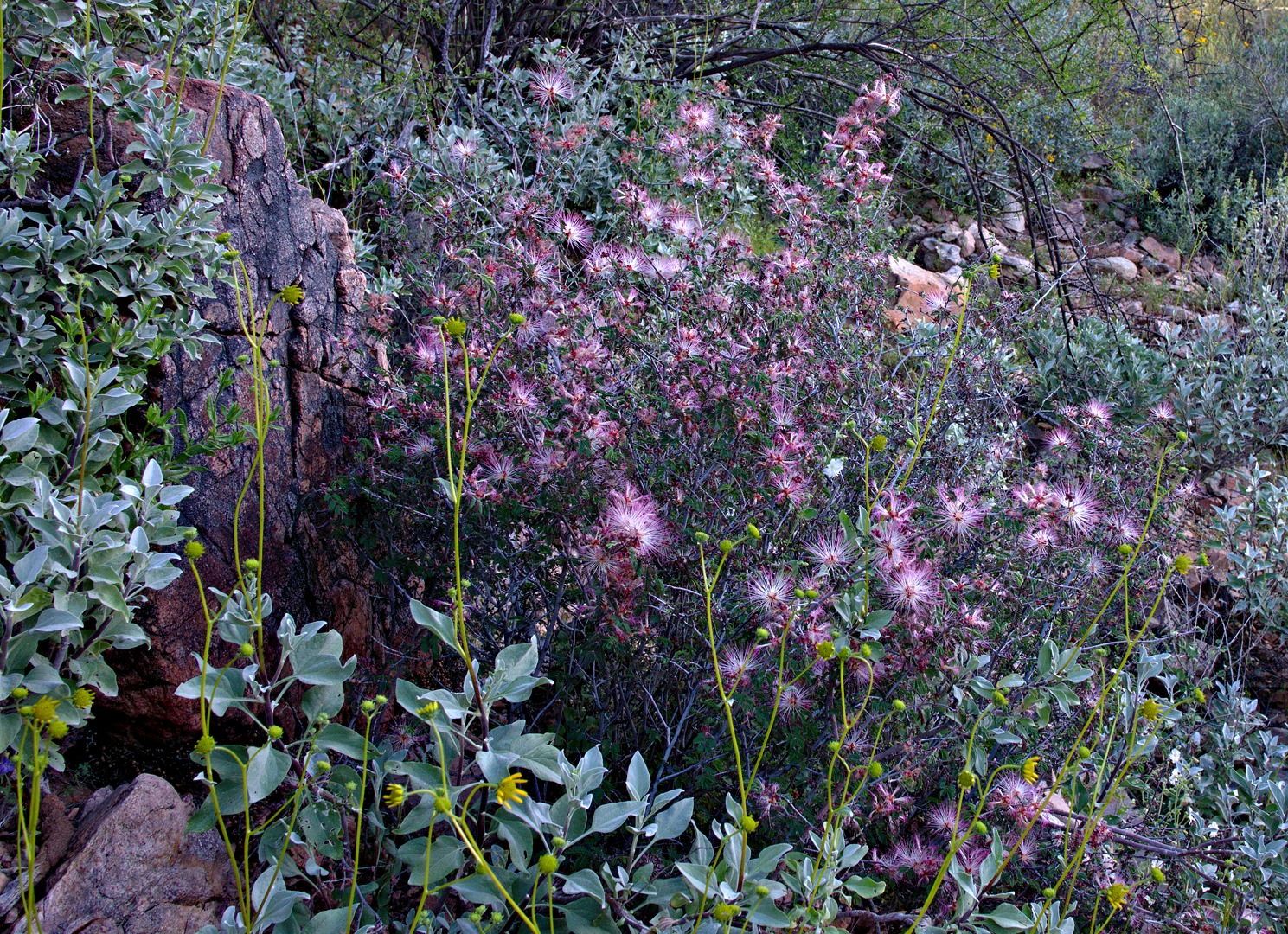 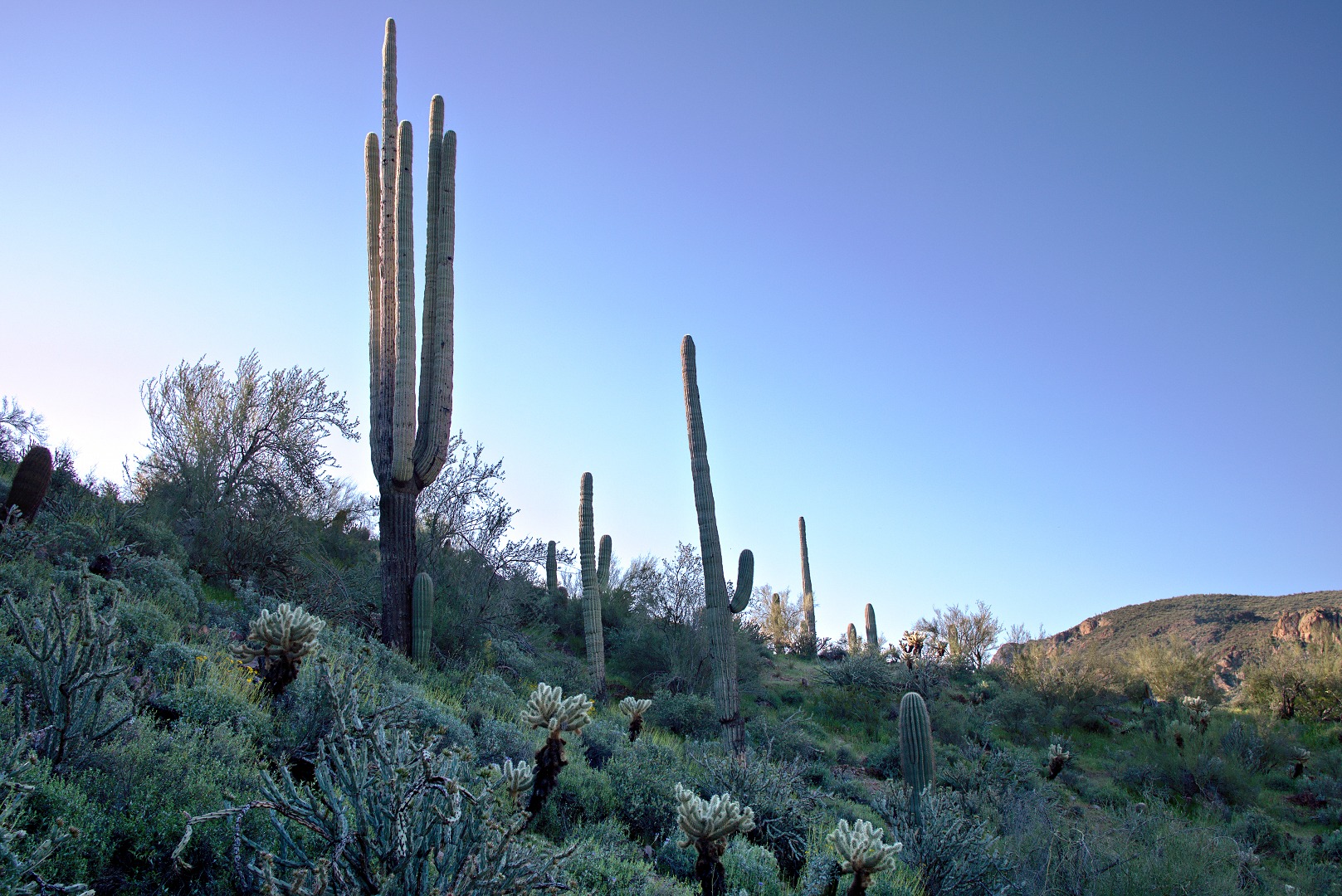 Desert plants and flowers combine with a view of the lake and enclosing shoreline: 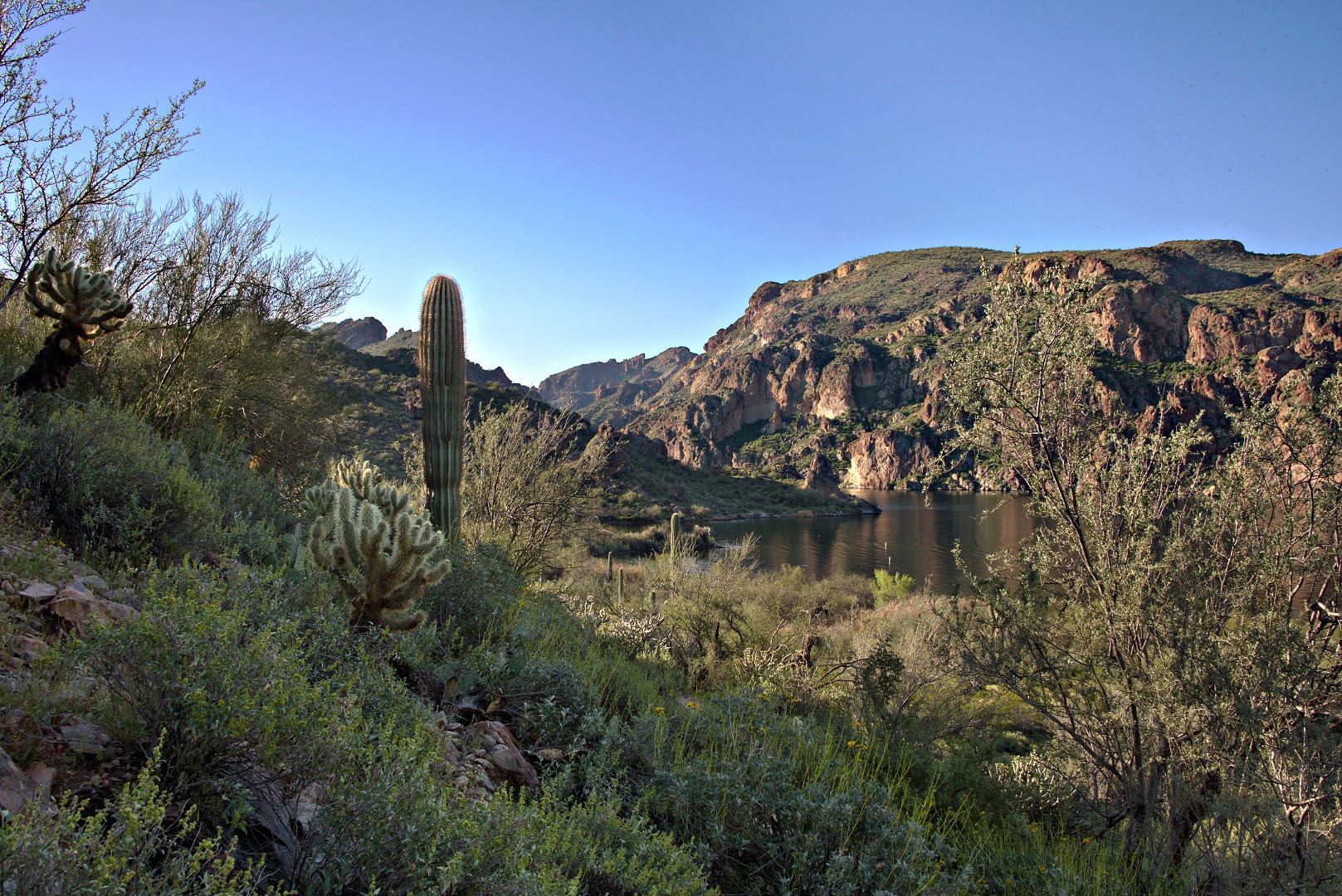 Yet another view of the lake and shoreline: 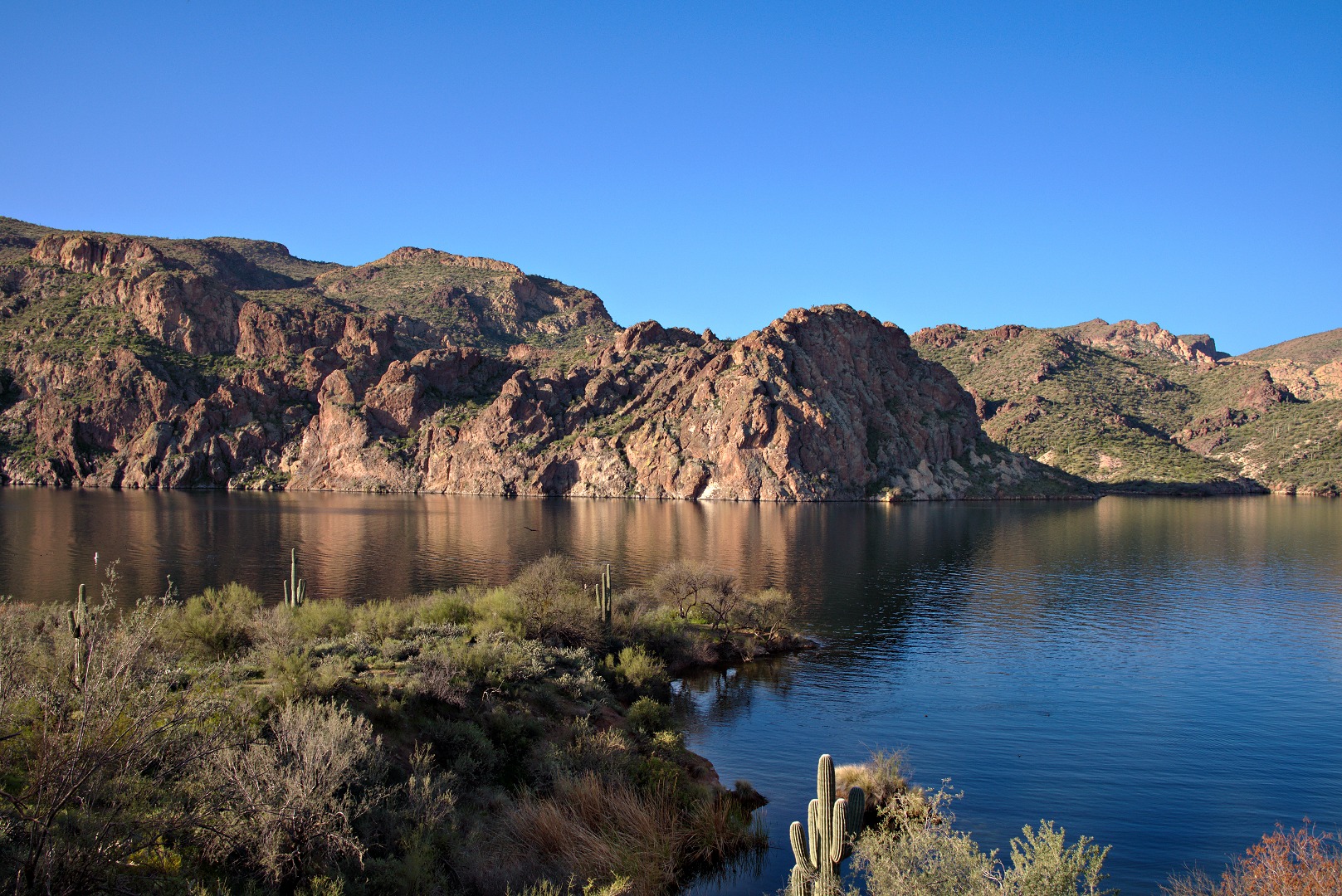 Burro Cove with Four Peaks in the distance: 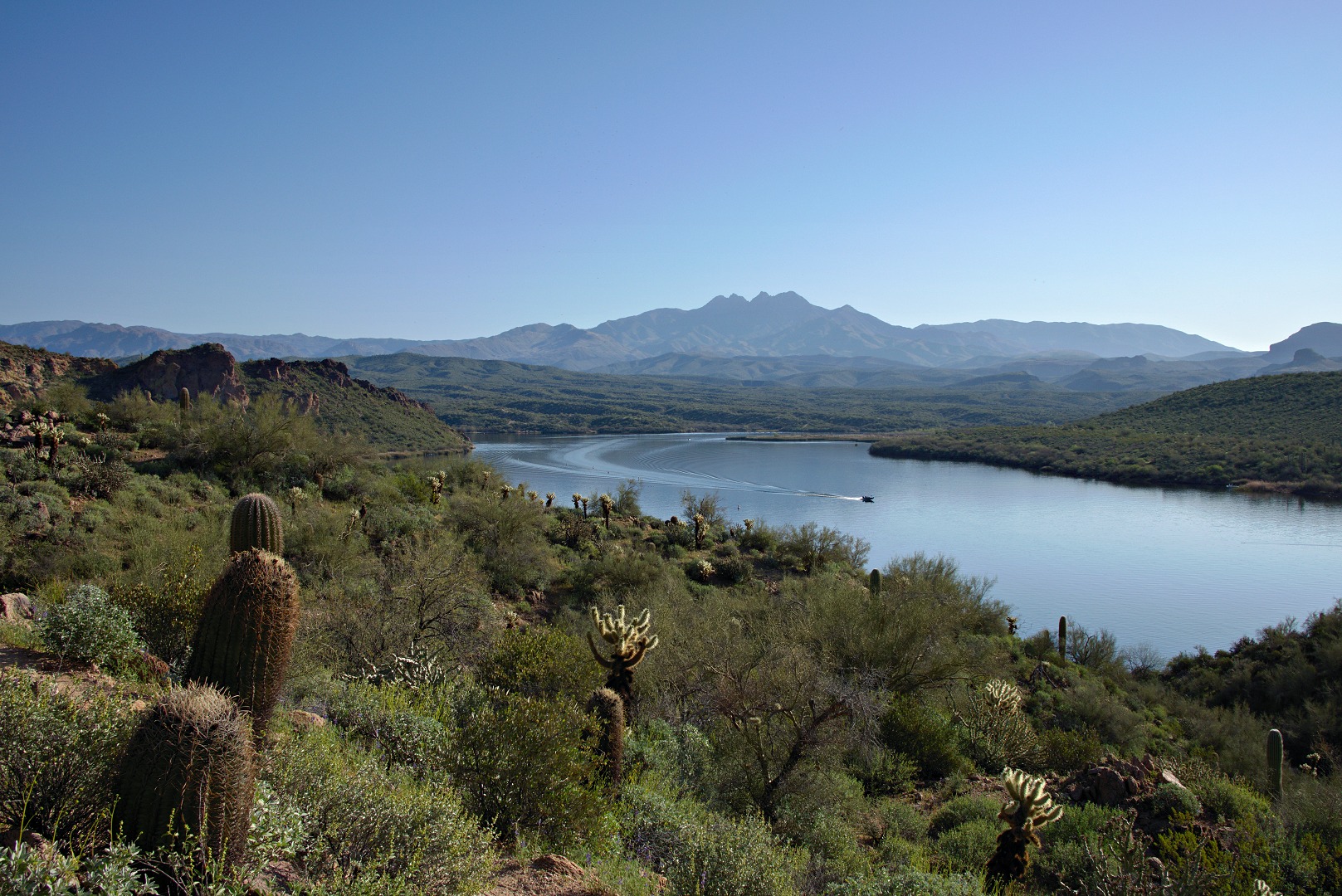 Michaela and Linda at Burro Cove: 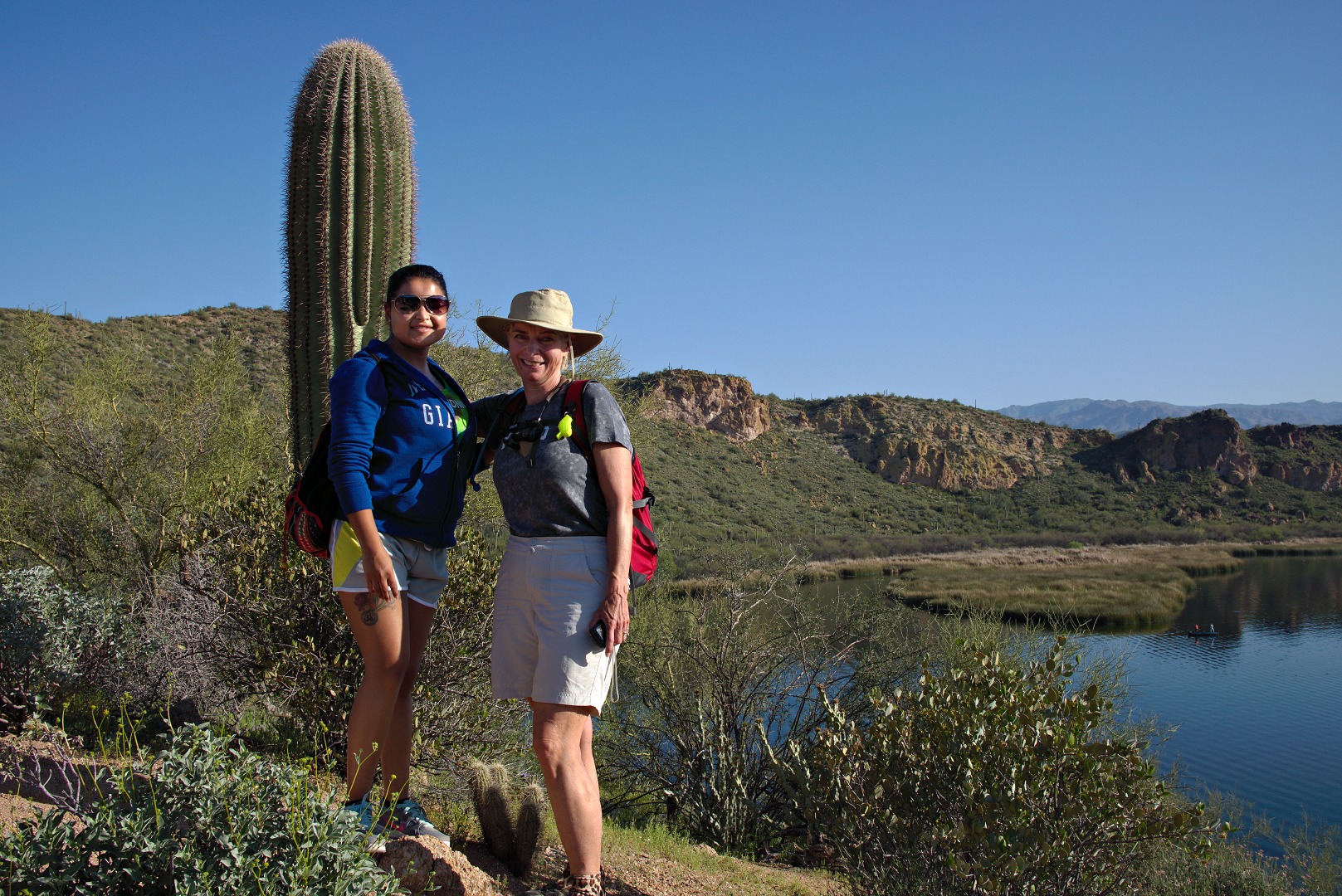 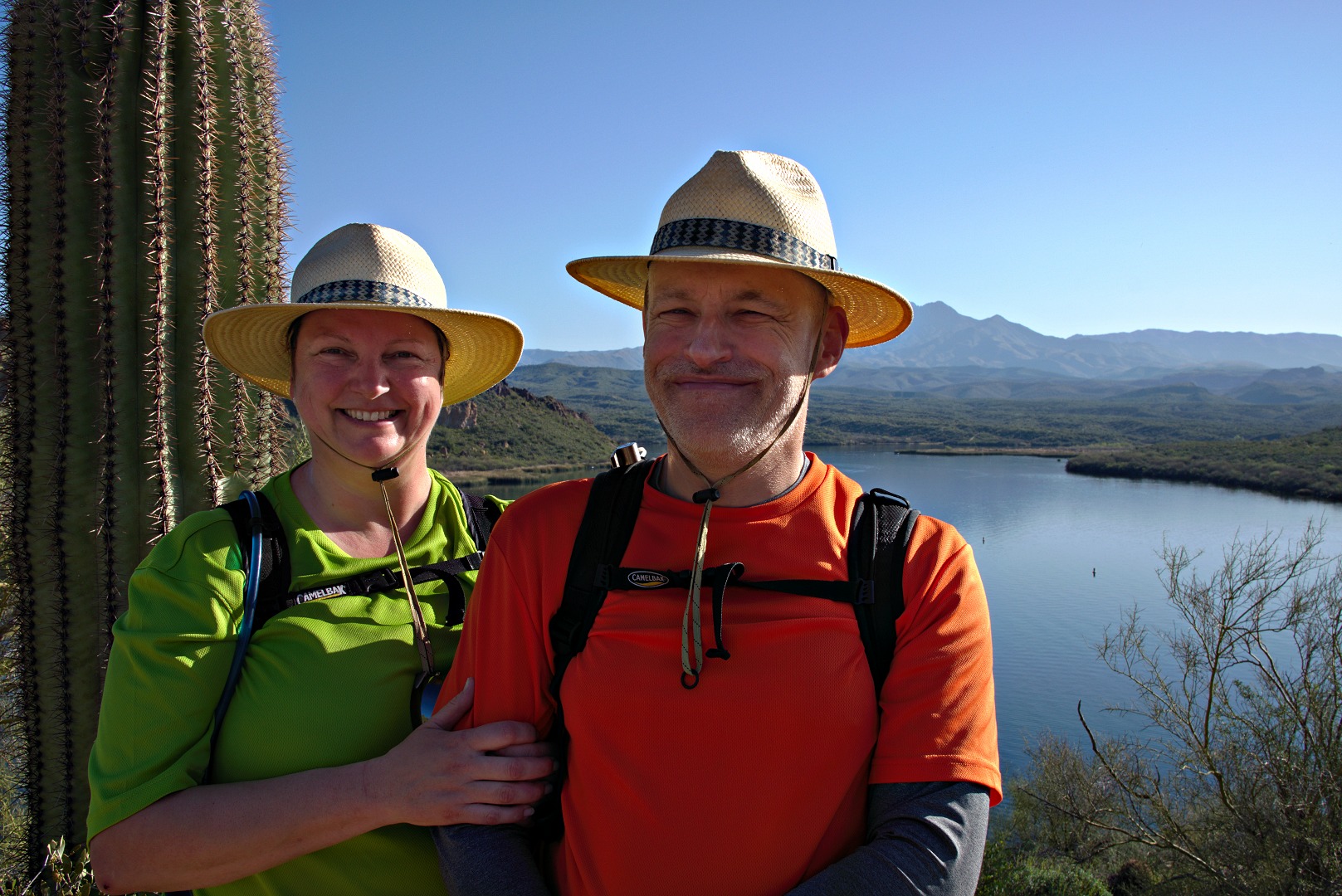 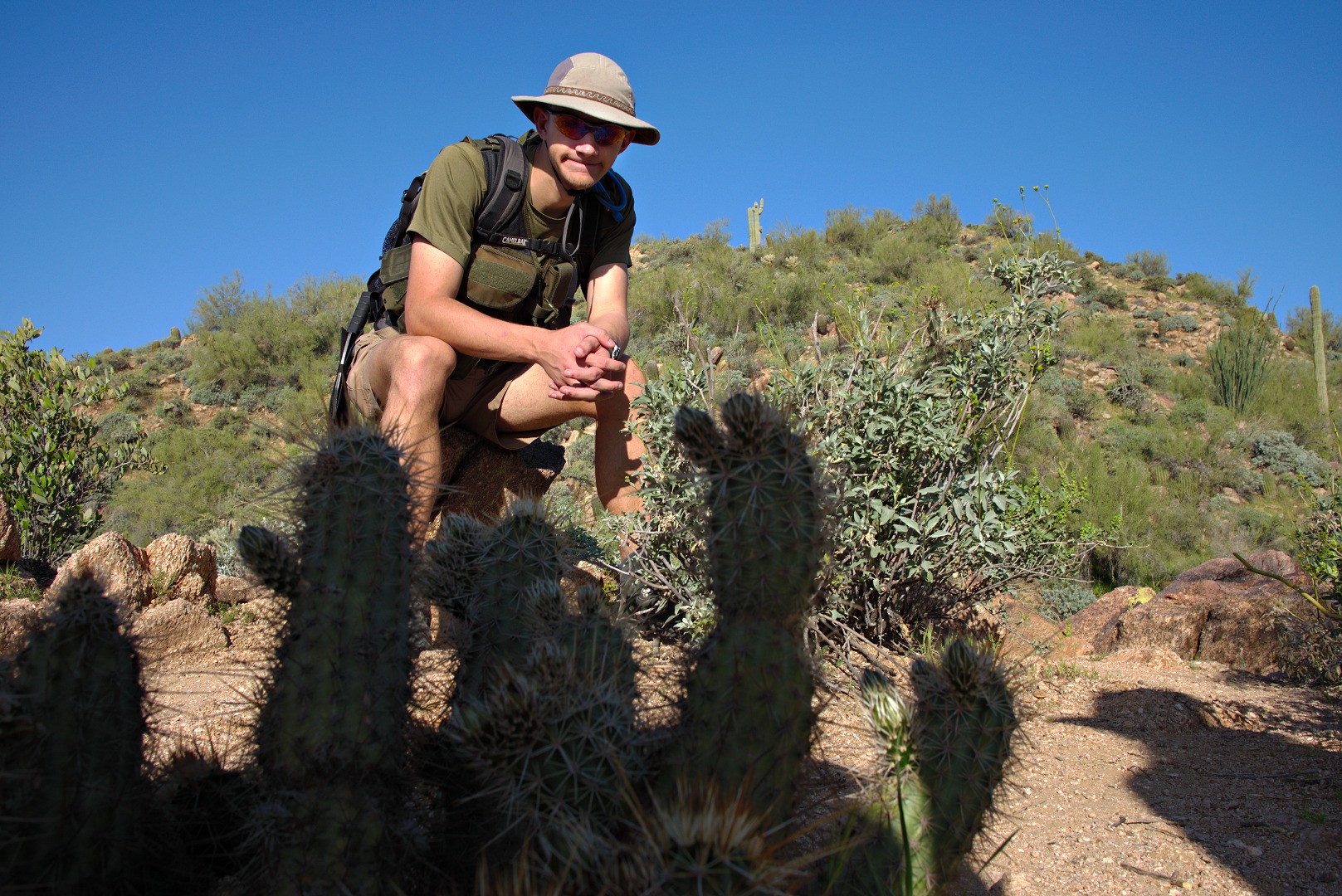 On the way back, we heard and then saw a rattlesnake.  There are actually two snakes in this photo; we think they might have been trying to mate prior to walking by.  If you look closely, you can see two tails.  I tried to get a better photo of the second snake, but most of it was well hidden by a bush. 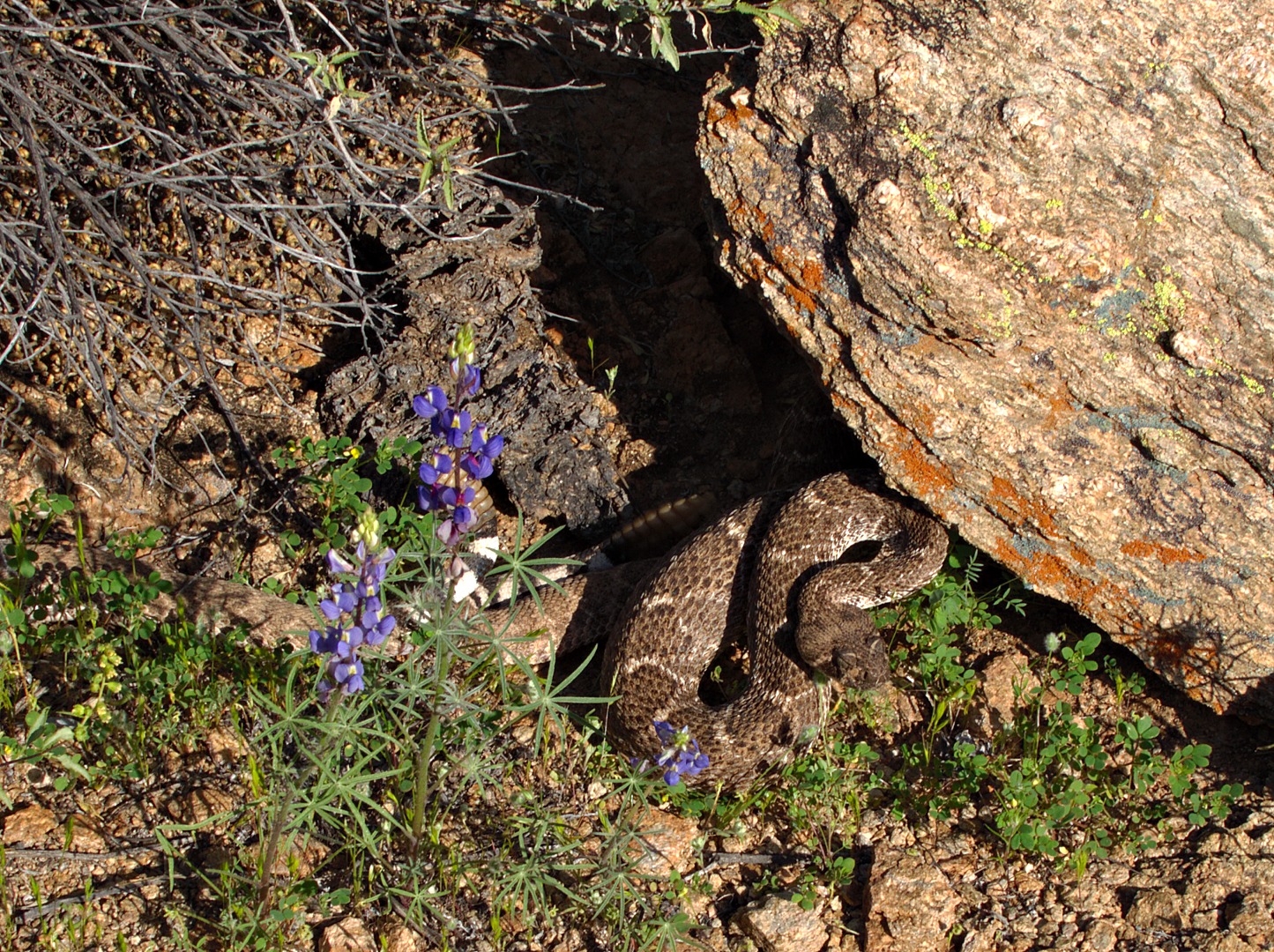 Another view of the snake who alerted us to its presence. 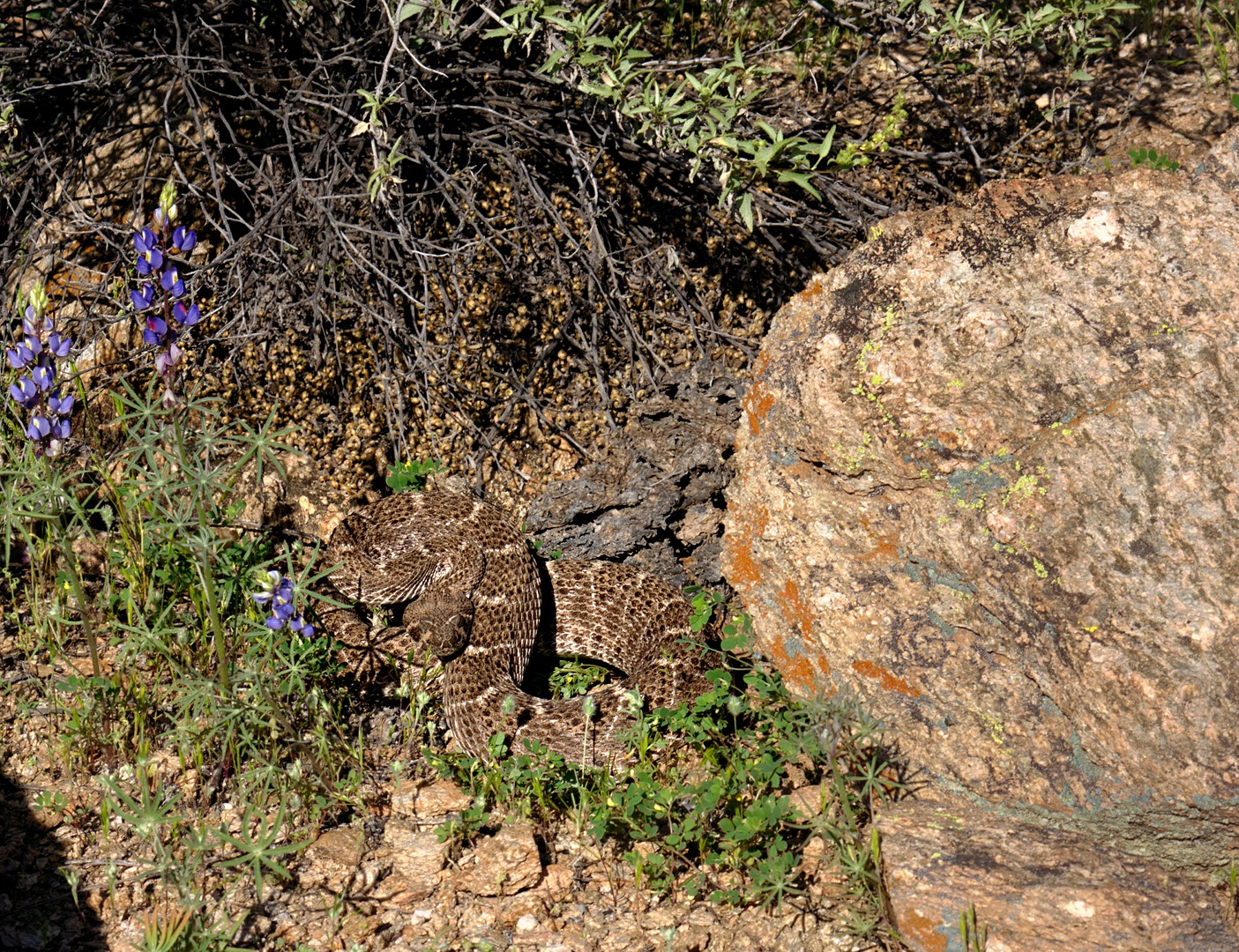 More Flowers on the Pemberton

Poppies in the Desert