Tom’s Thumb from the Northwest

I hiked up to Tom’s Thumb on Wednesday.  I started at the Tom’s Thumb Trailhead and hiked a short ways on the Tom’s Thumb Trail until I reached the climber’s access trail to Fort McDowell, Lost Wall, and Half-and-Half Wall.  This trail starts out fairly flat; the first part is pretty easy.  But then it gets steeper and steeper still as you go up.  After passing Fort McDowell, the trail is loose and crumbly with unsure footing.  I would have had difficulty making it to the top without my hiking stick.  But I enjoy this kind of thing and found it fun.

When I got to the ridge line, the hiking became easier again and I set up my tripod to take a few pictures – they were all hand-held shots up to that point.  At this point I was to the Northwest of Tom’s Thumb and I was able to get some rarely seen shots of this rock formation.  The trail got more difficult as I got nearer to Tom’s Thumb.  I had to do a lot of scrambling to get to the other side so that I could rejoin the other (shorter and easier) access trail to Tom’s Thumb.  Even non-climbers take this (shorter and easier) trail to see Tom’s Thumb.

This is a view of Tom’s Thumb, Gardener’s Wall, and Glass Dome from the climber’s access trail.  I think the other prominent rock formation in the immediate foreground is the Half-and-Half Wall. 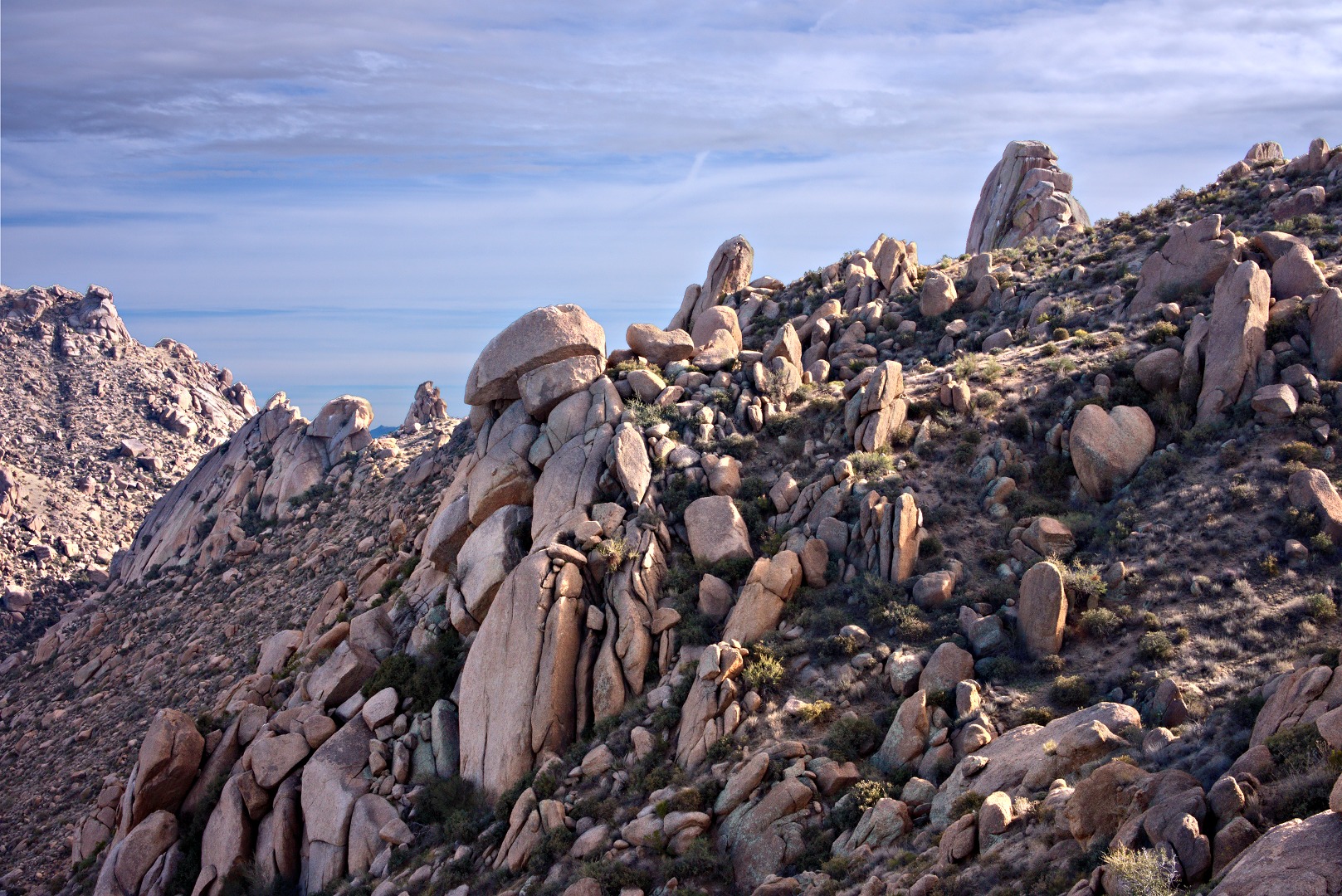 I think this is the East End.  A small portion of Morrell’s Wall is visible at the far left.  Four Peaks is on the horizon off to the left too. 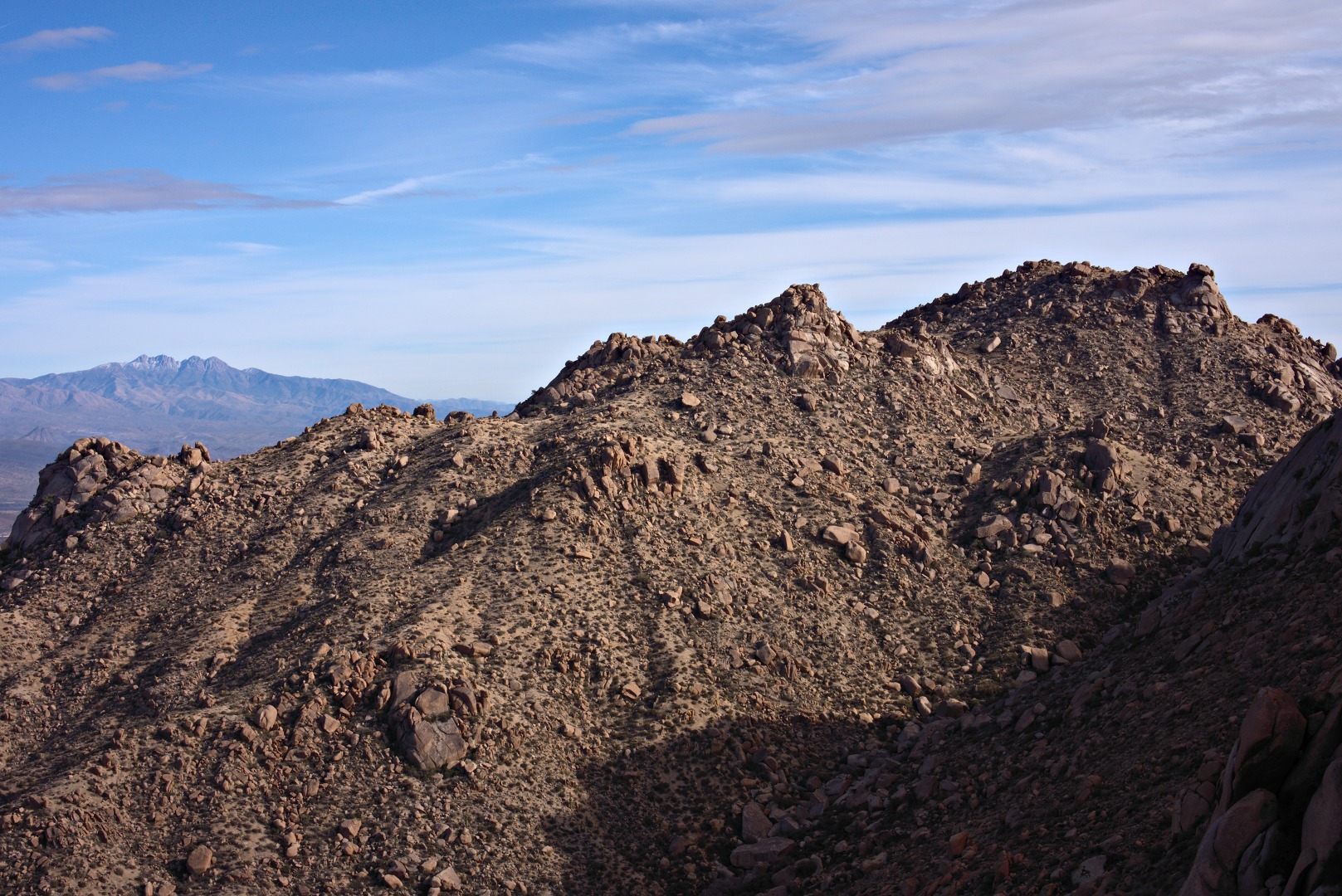 A view of Troon Mountain and Pinnacle Peak (and lots of houses). 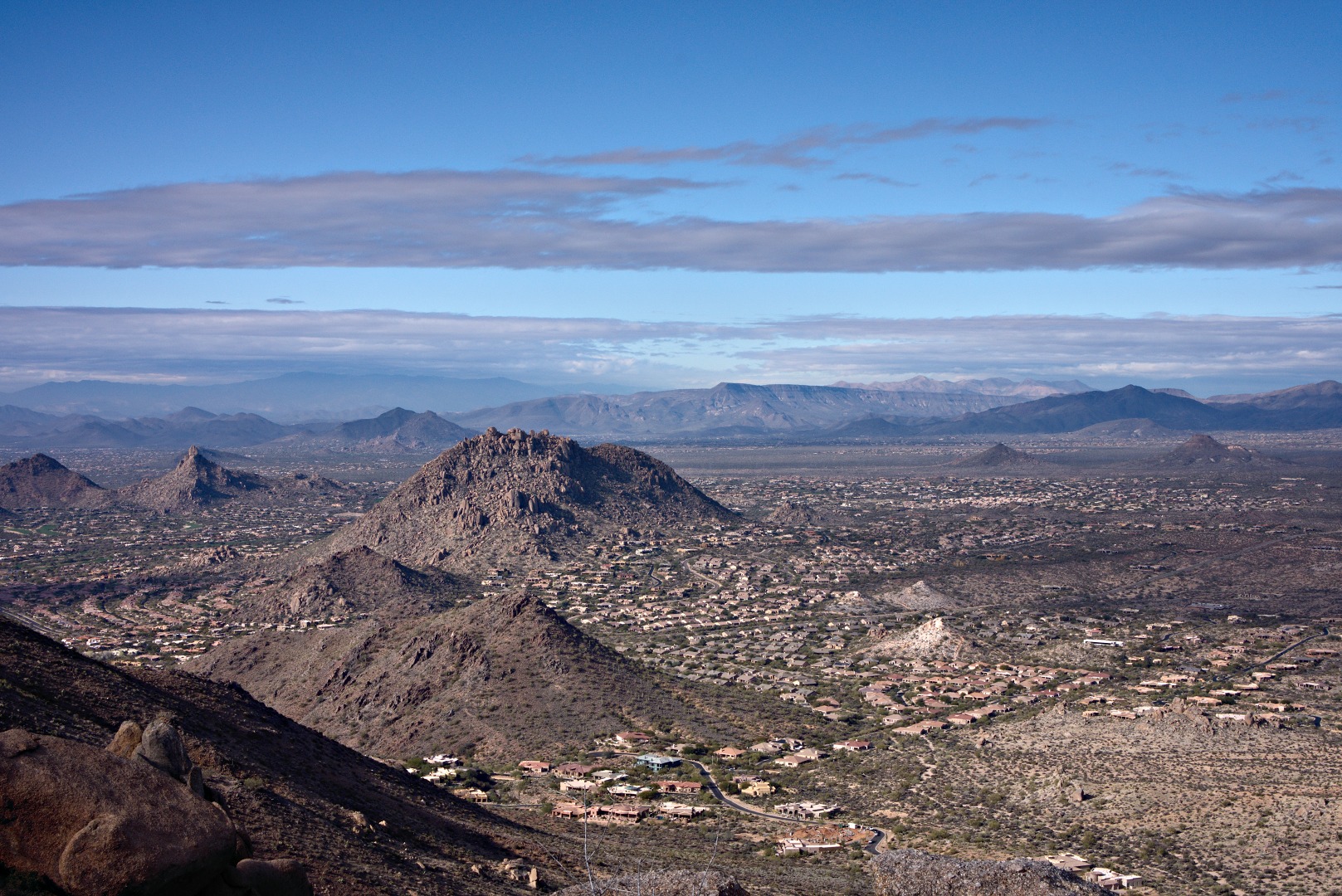 Another view of Tom’s Thumb from the northwest.  The rock formation in front of and to the right of Tom’s Thumb is called The Rist.  The top of Gardener’s Wall is visible at the far left.  Glass Dome is the smaller rock formation about a third of the way over from the left edge of the picture.  Weaver’s Needle in the Superstition Mountains is barely visible in the distance. 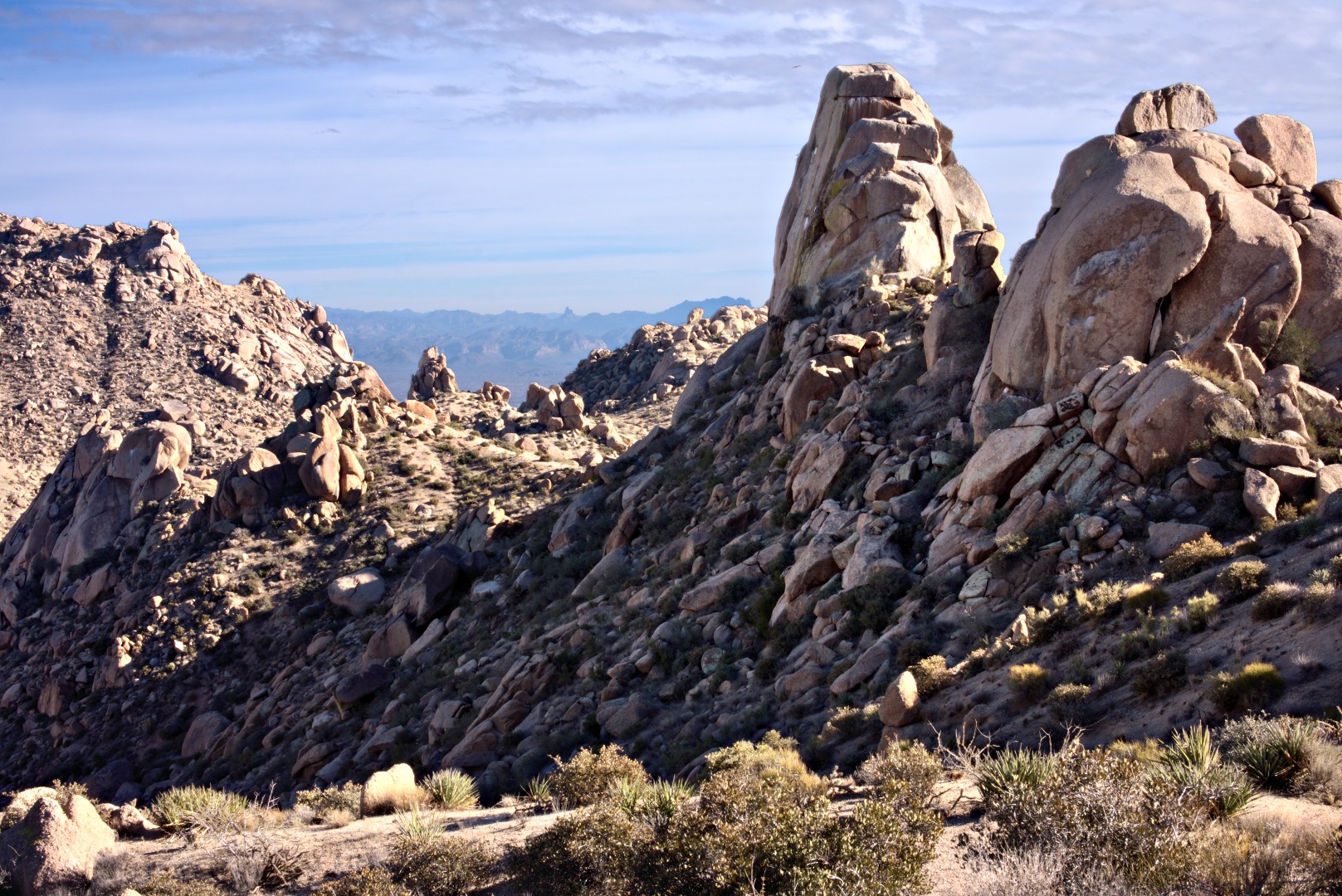 Looking to the southwest into Scottsdale: 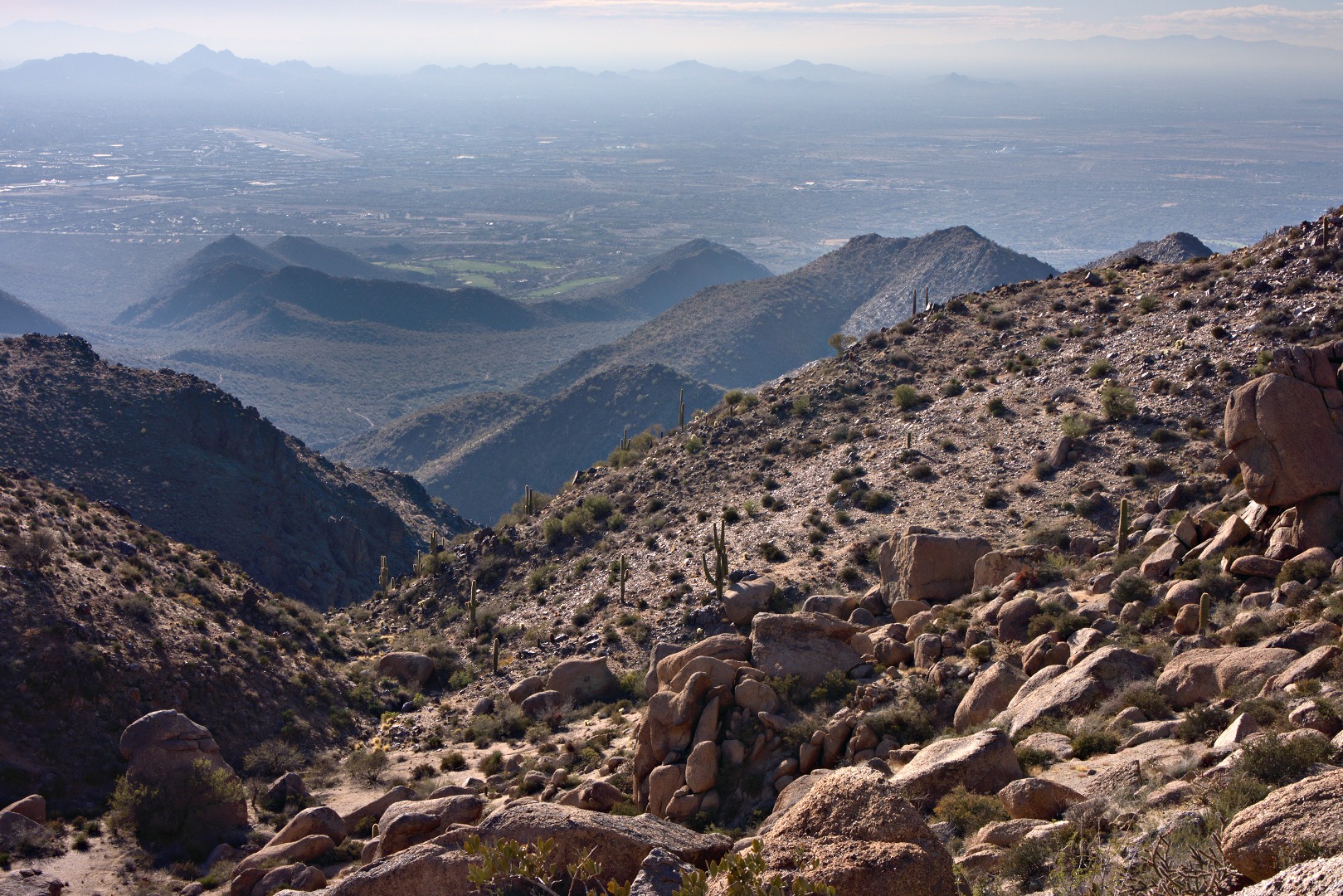 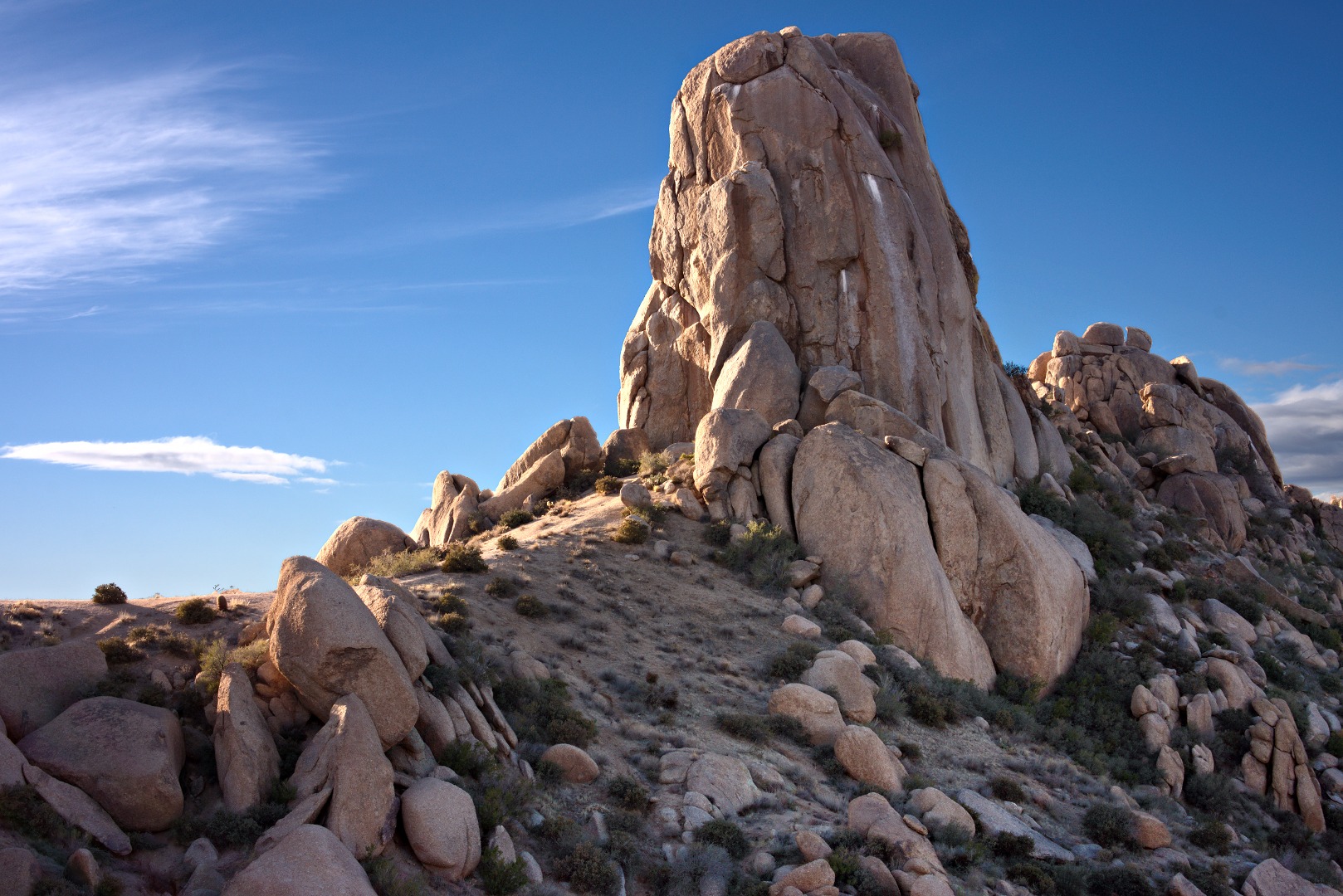 Another view of Glass Dome.  Weaver’s Needle is still barely visible in the distance. 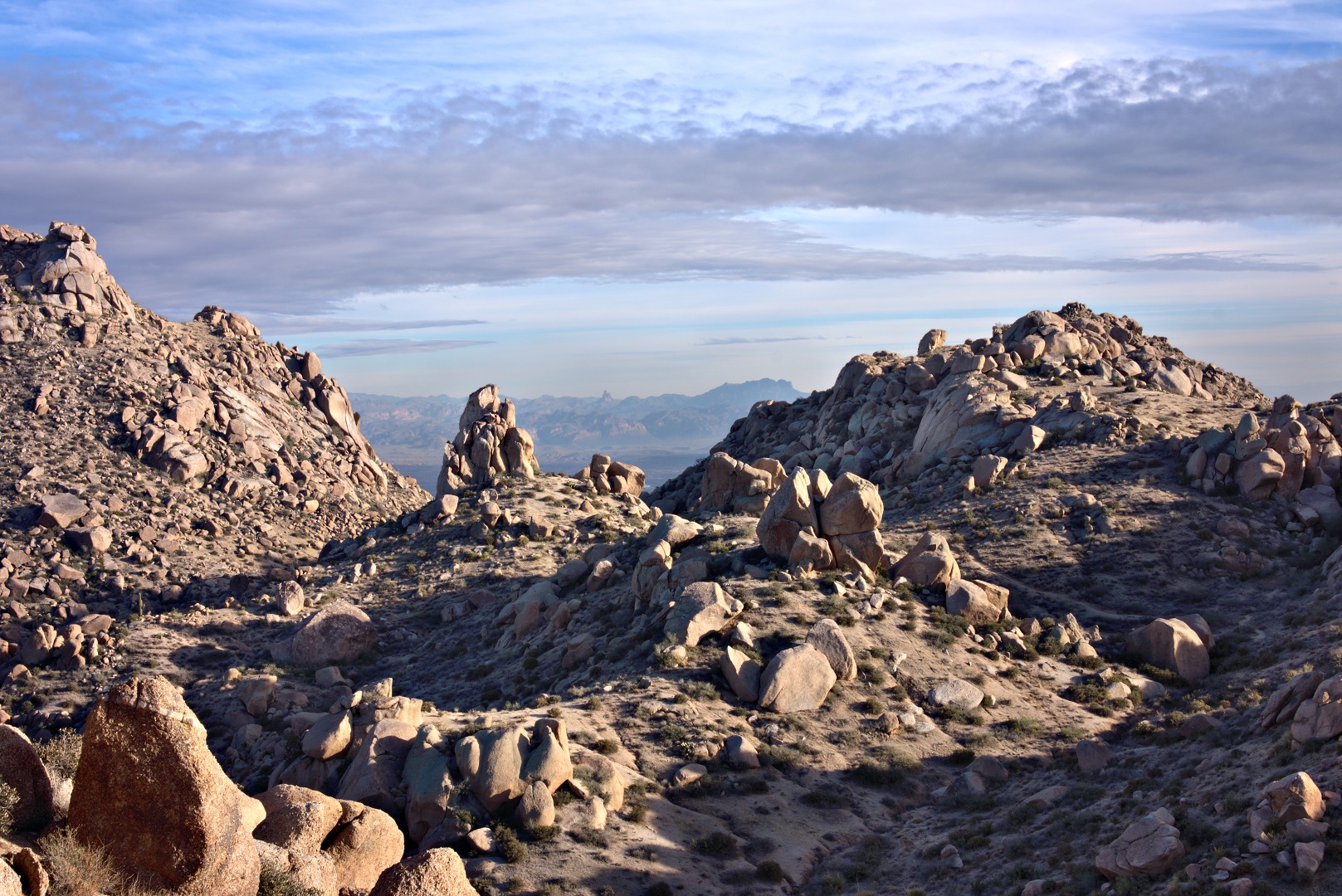 Looking back towards Troon: 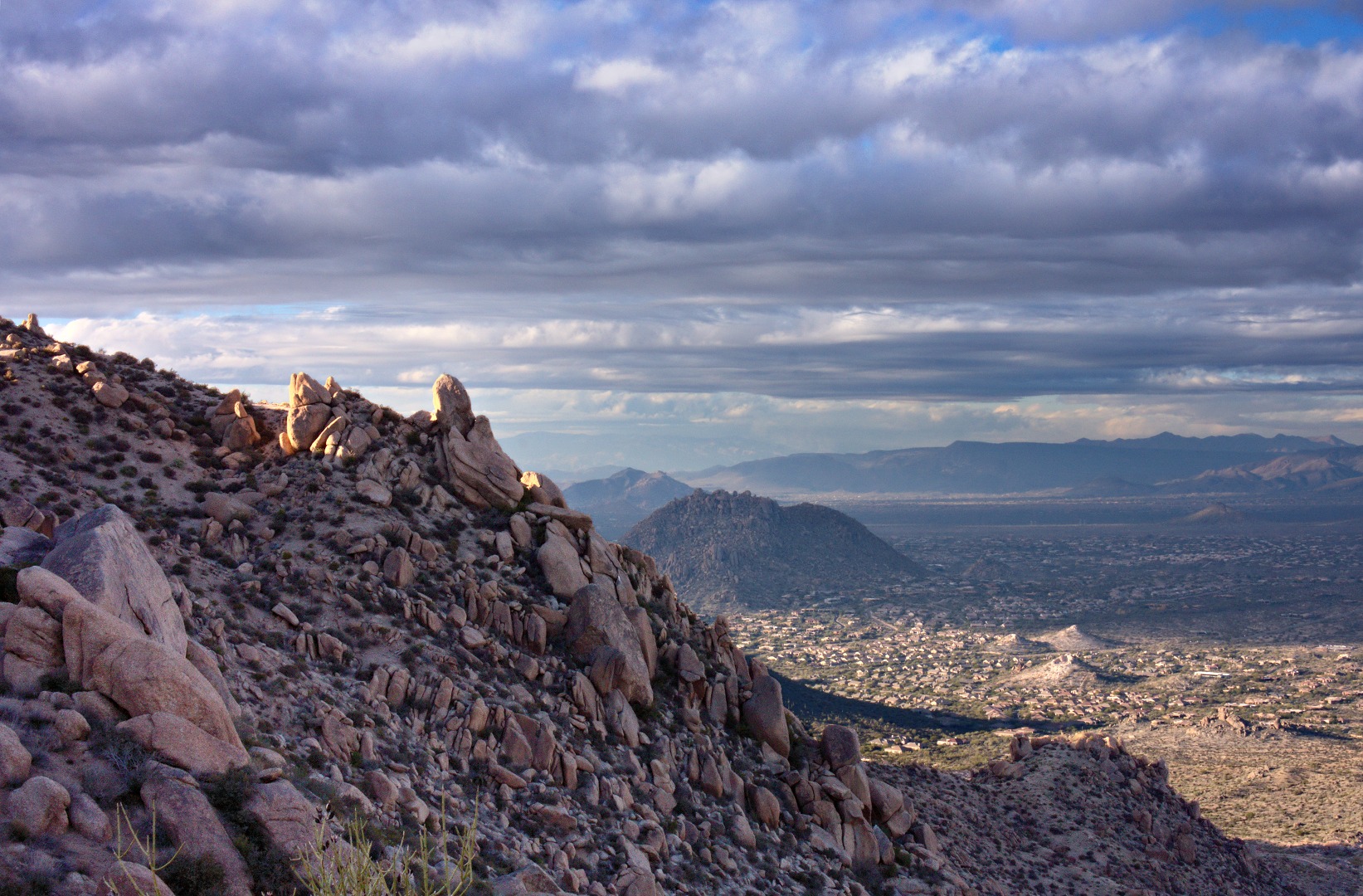 I saw this rock while descending the Tom’s Thumb Trail: 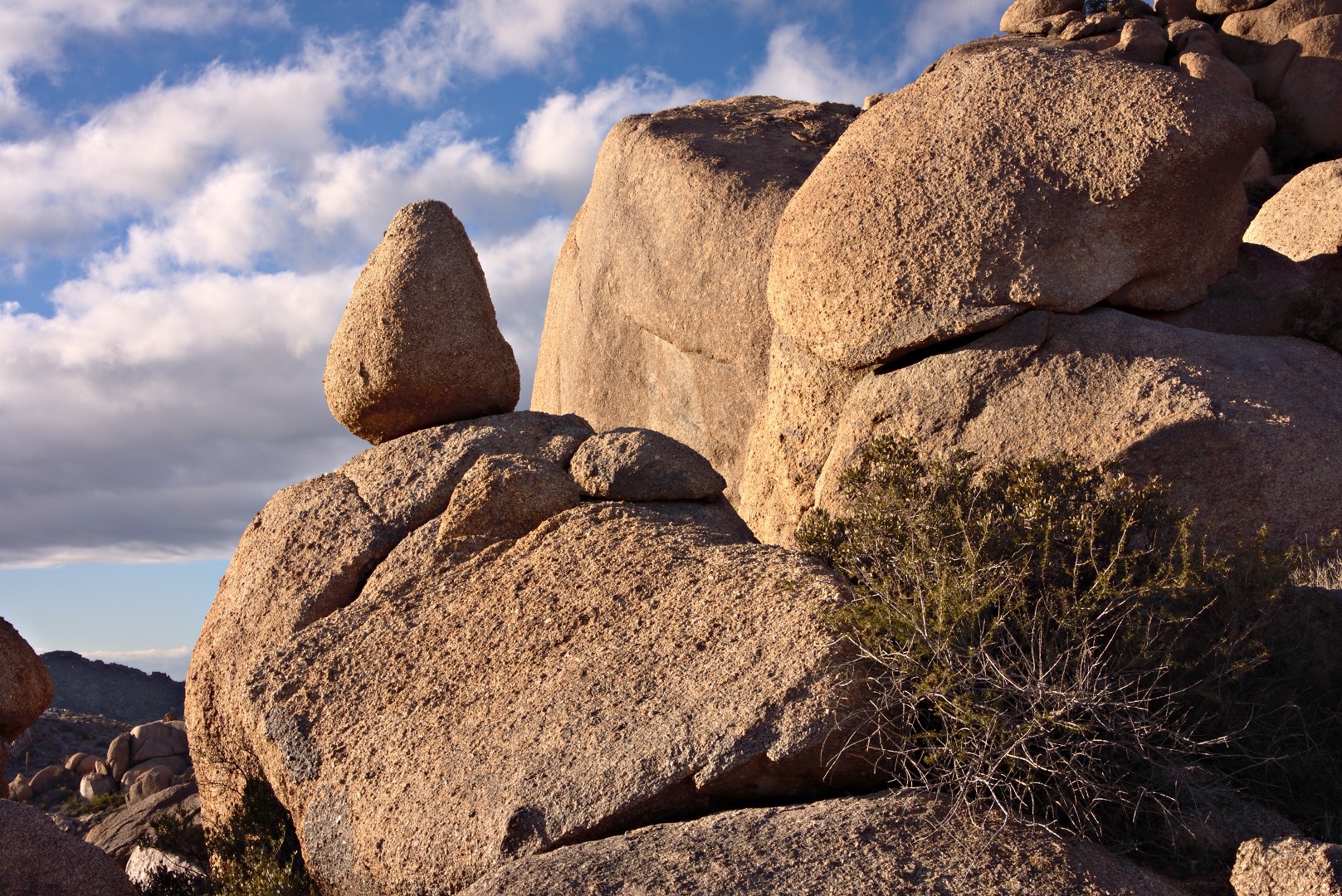 Another view while descending the Tom’s Thumb Trail: 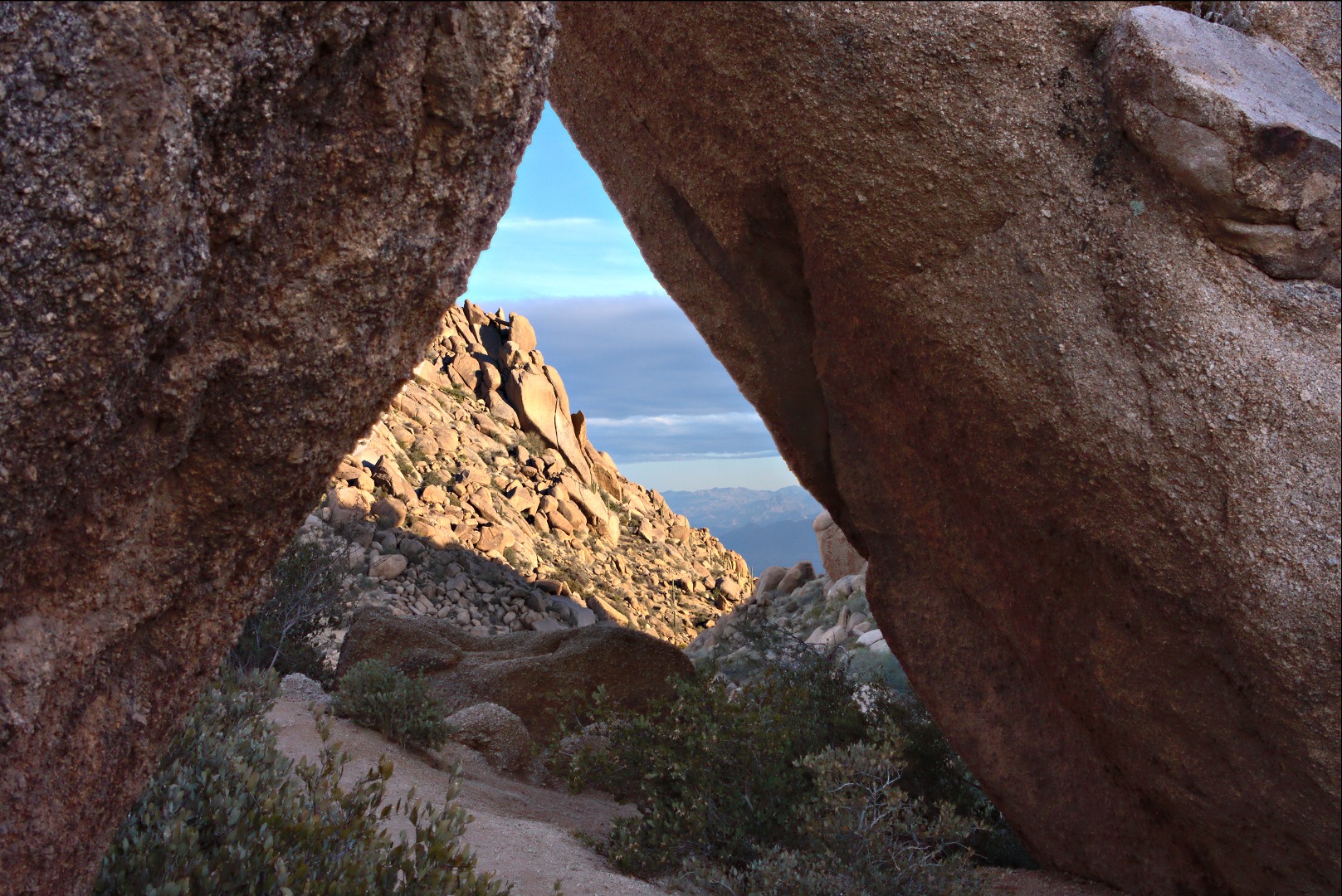 The back sides of Sven Towers I and II with Rio Verde and Tonto Verde off in the distance: 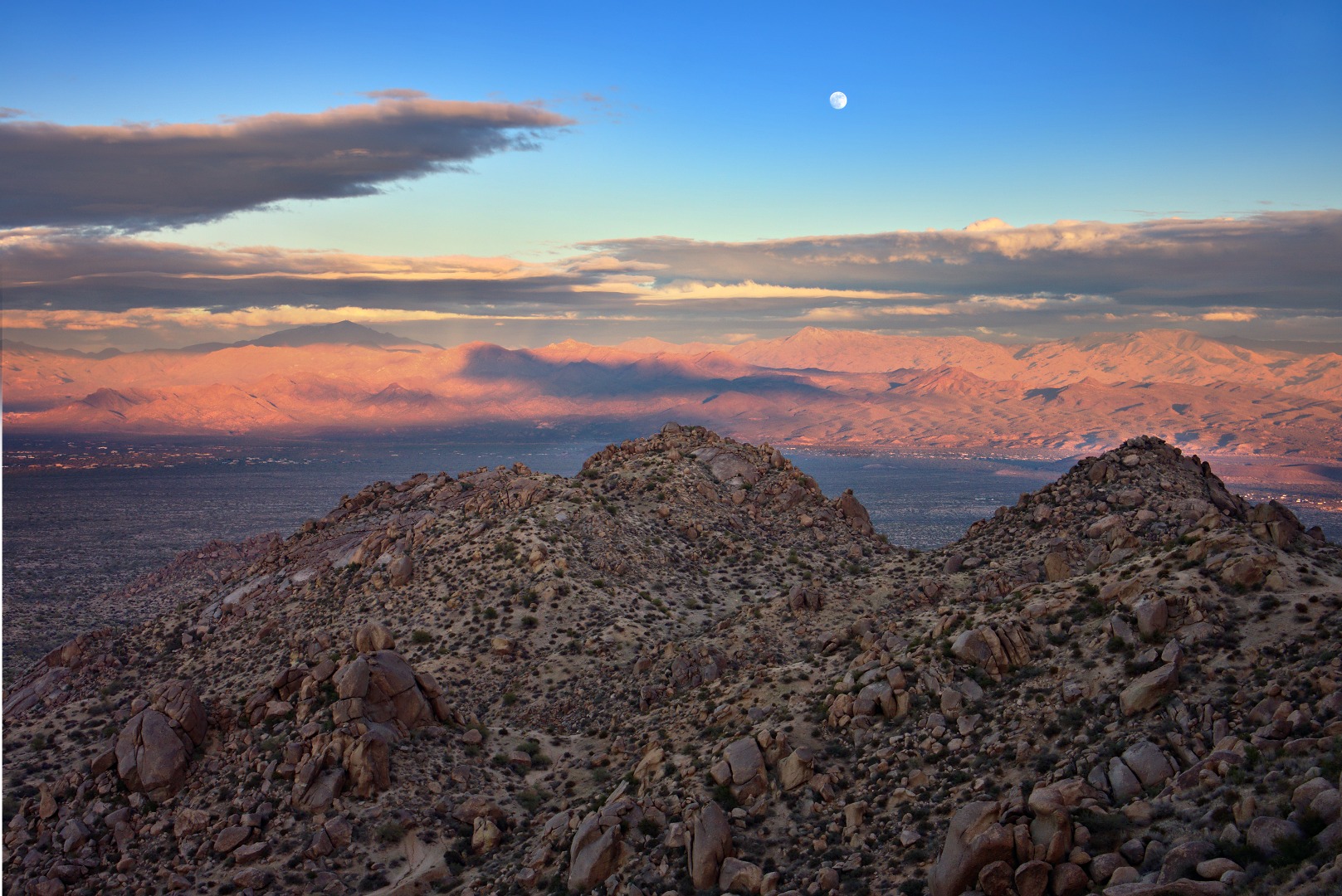 Near or shortly after sunset: 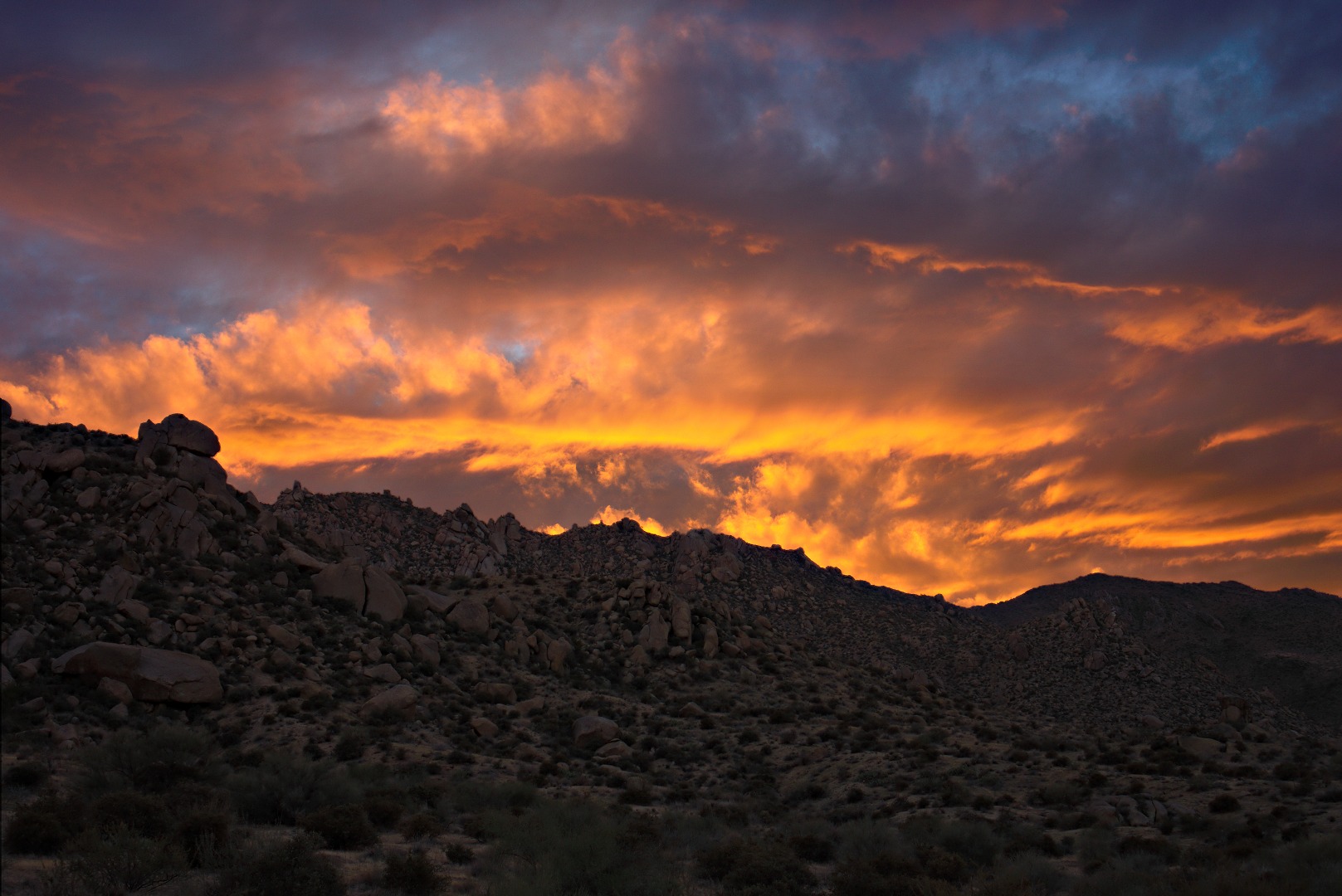 The sky changed very rapidly.  I got this shot just a few minutes later: 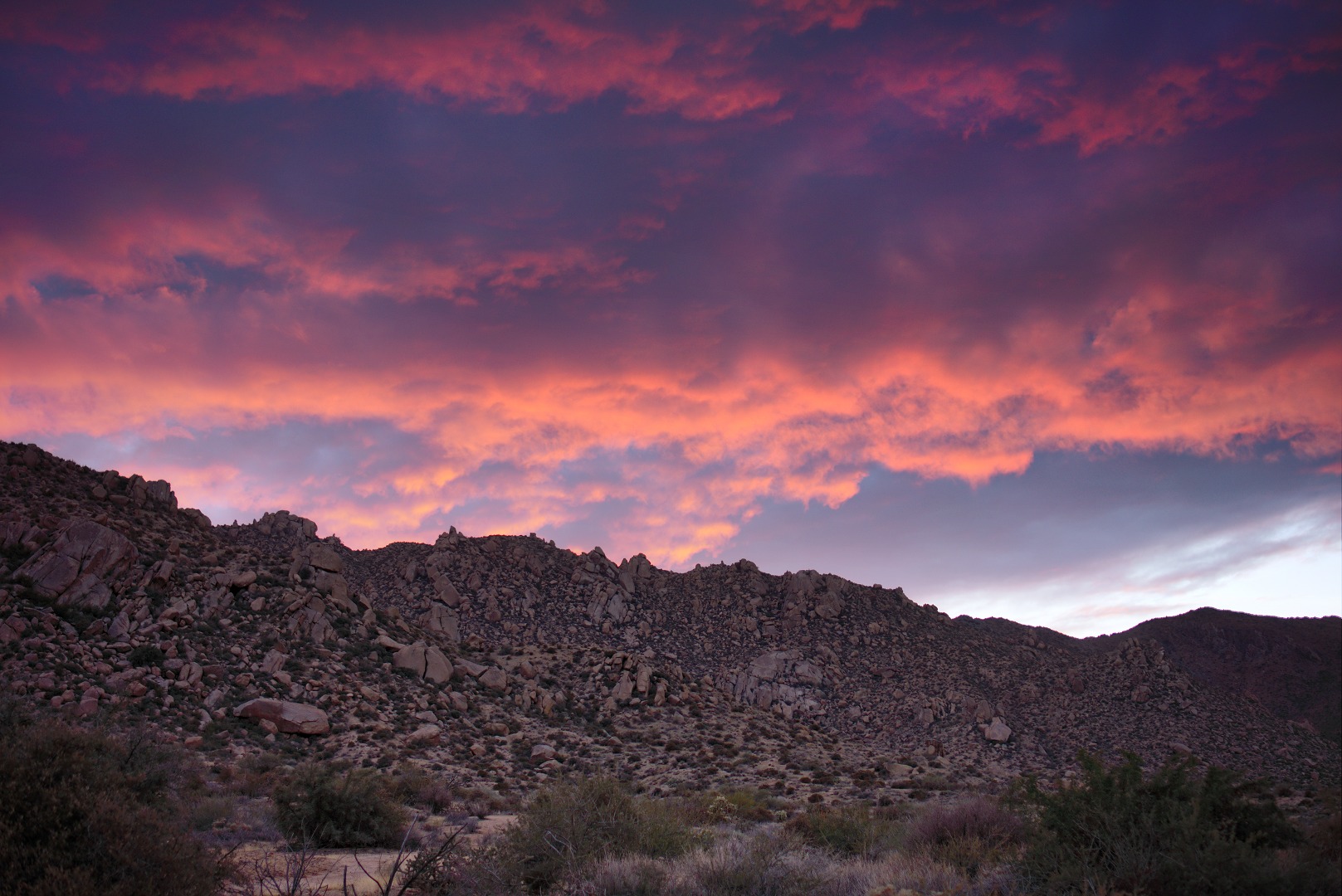 A tree.  It looks better in silhouette than it does in the daylight. 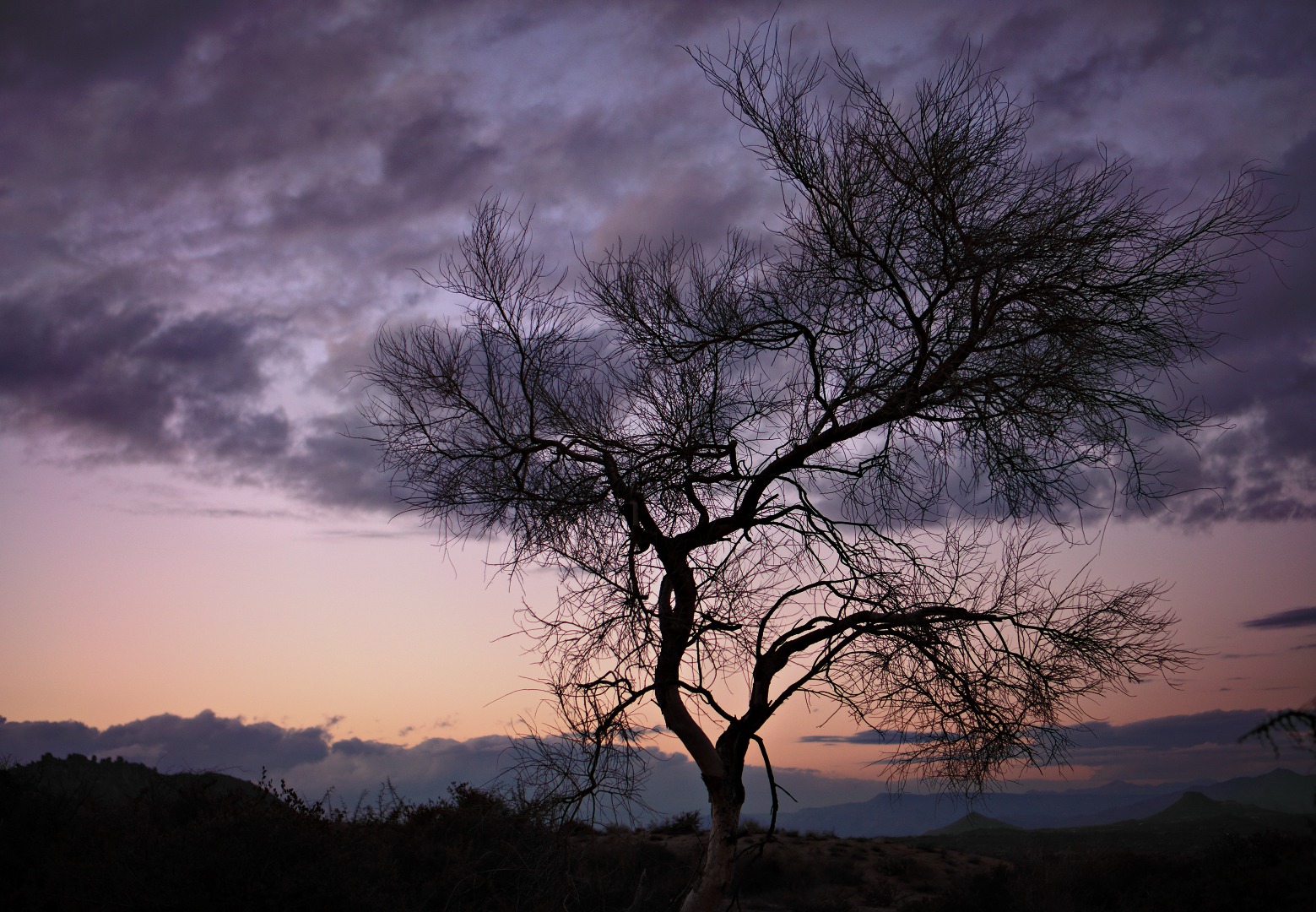