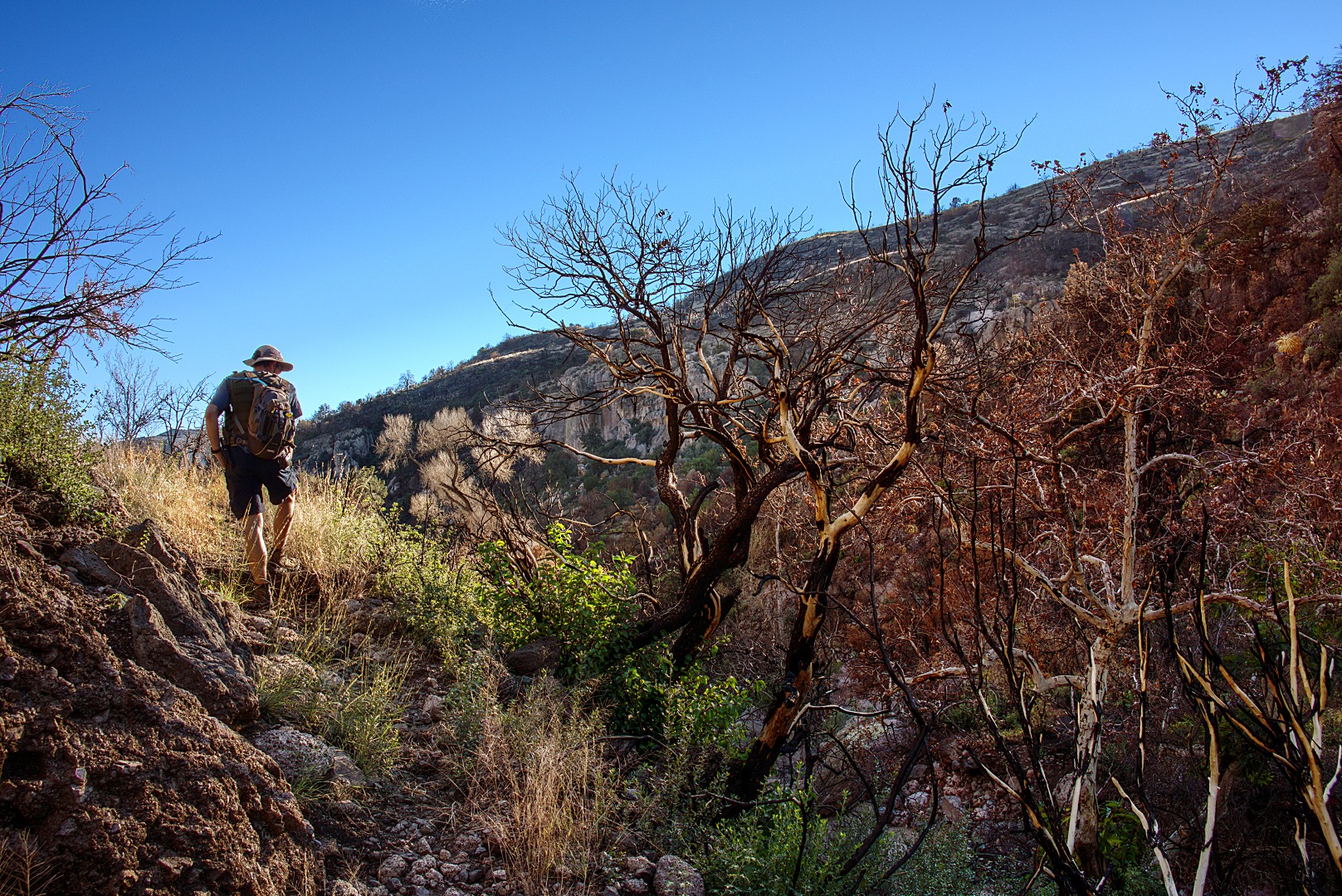 Back in mid-May, Joe, Bob, Nancy, and I hiked the Little Saddle Mountain Trail.  On that very same morning, a man from Mesa shot an incendiary shotgun round into some brush probably not more than a mile from where we were hiking.  This turned into a massive fire, known as the Sunflower Fire, that would eventually burn 17,446 acres in the area.

Joe, Marilyn, and I attempted to hike some of the Little Saddle Mountain Trail on Sunday afternoon.

We could see that some of the hills had been burned from where we parked, but the initial quarter mile or so of trail hasn’t been much affected. 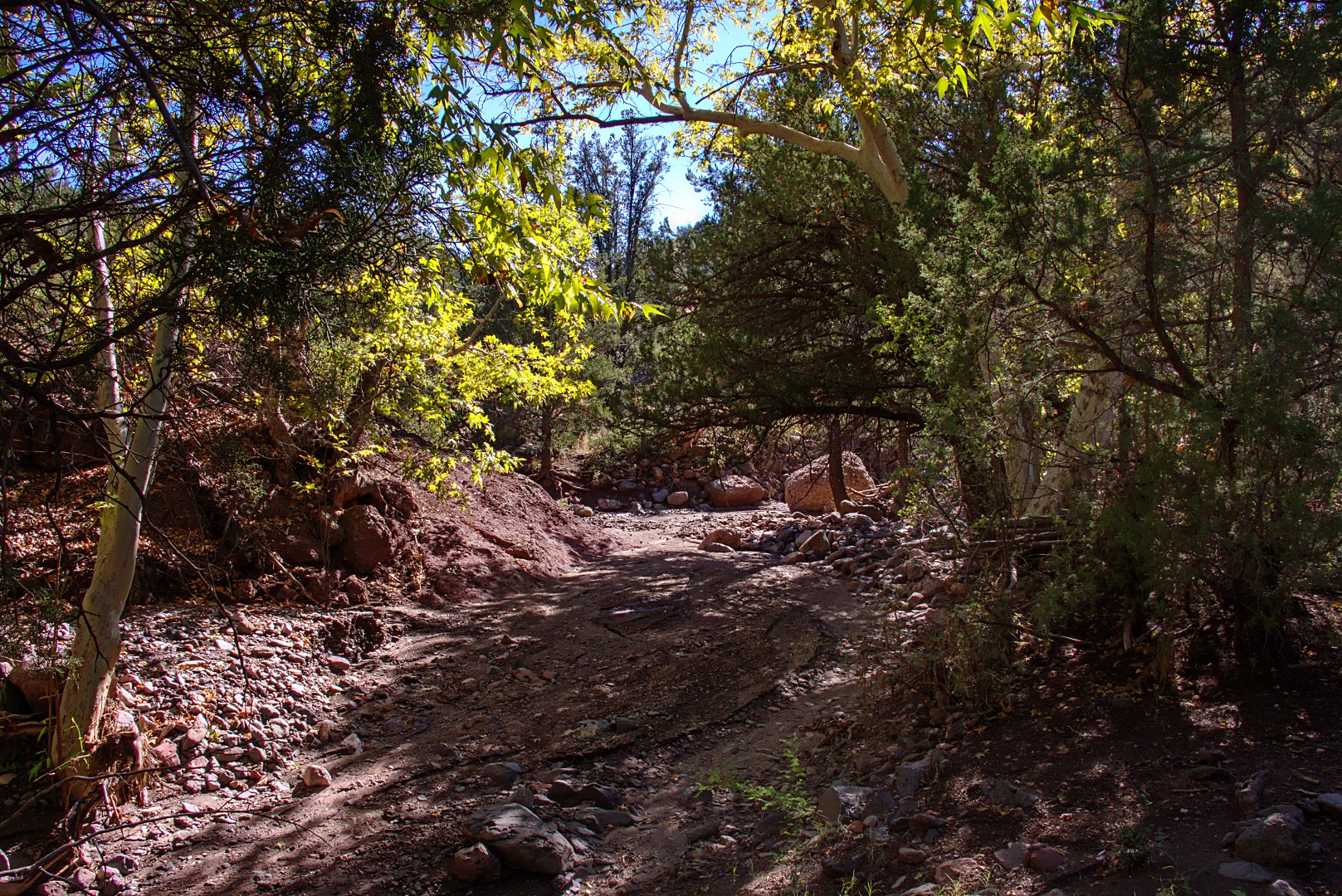 I saw a bee pollinating some flowers… 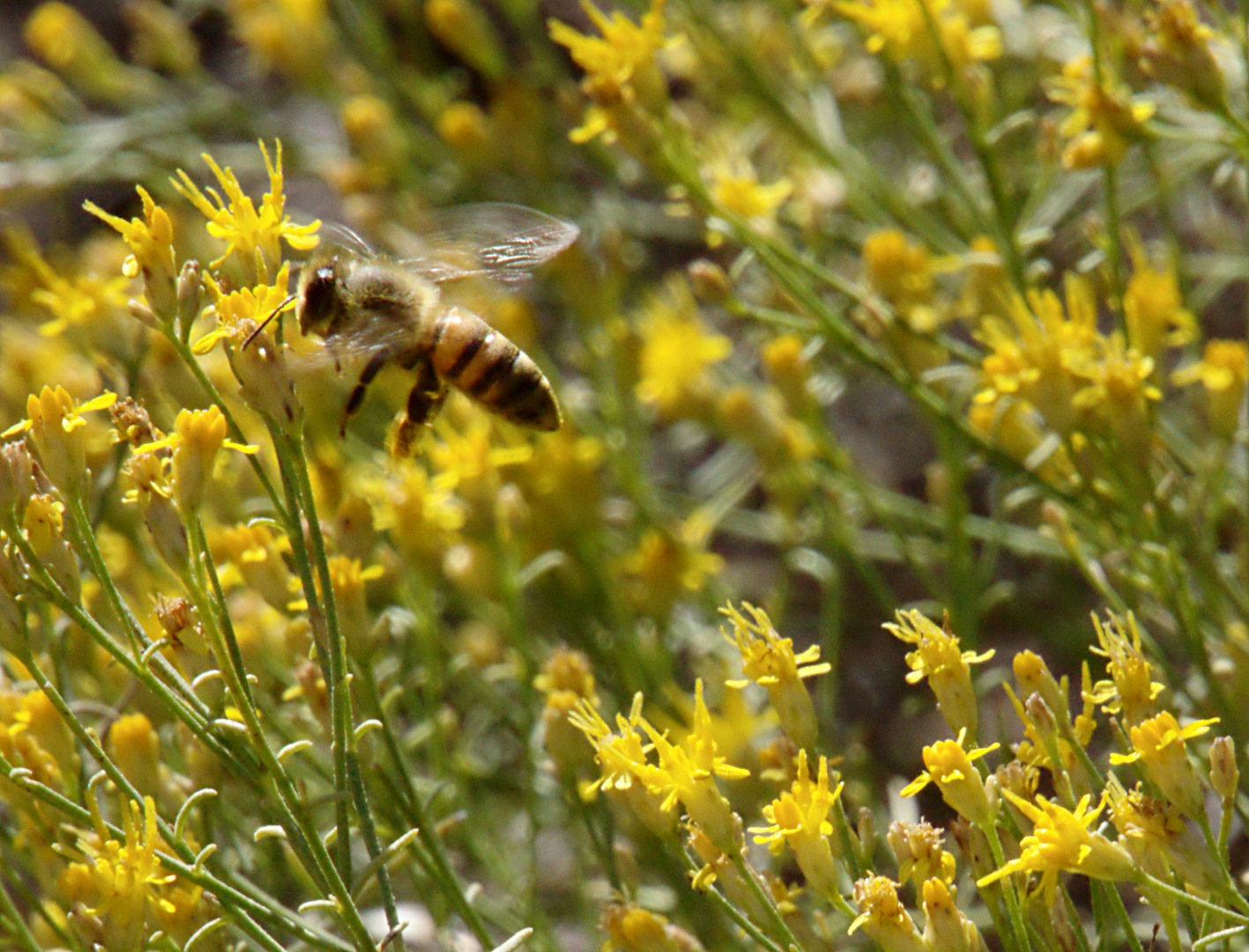 …and some more flowers growing amidst some prickly pear: 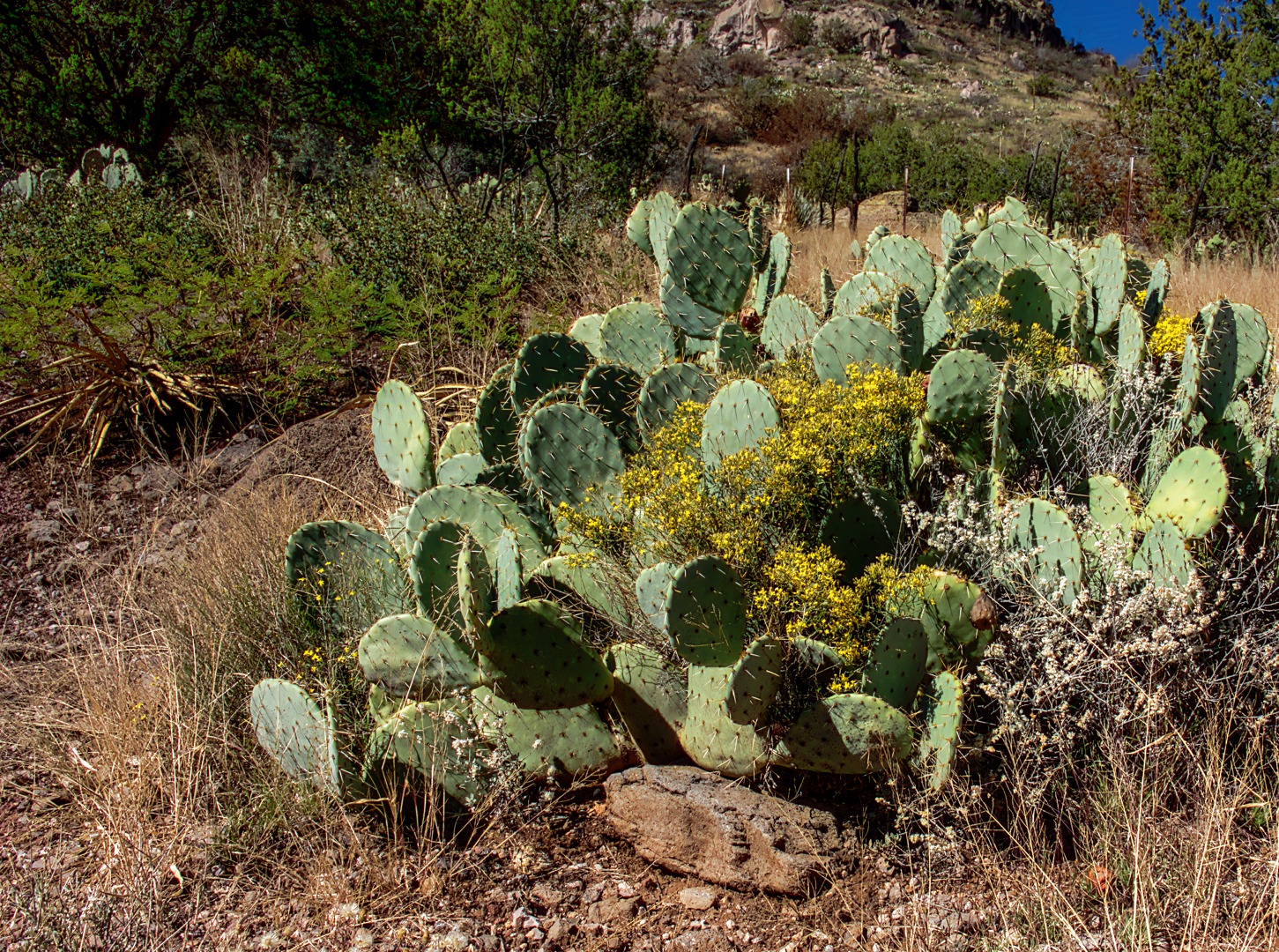 Marilyn took this picture of an Agave.  You can see some burned trees on the hillside to the right. 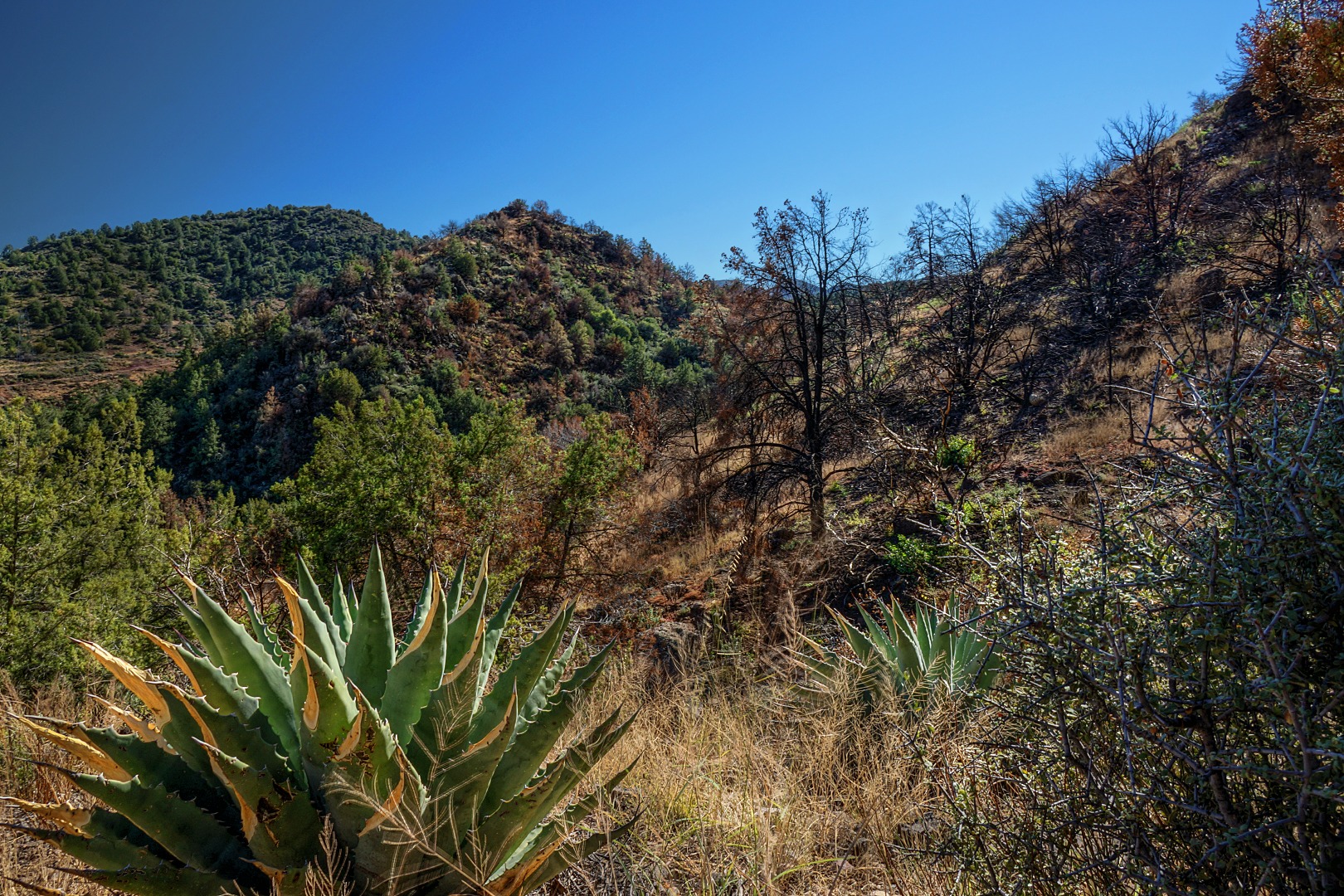 Marilyn also took this photo of me and Joe hiking past some burned trees.  There’s some new growth in the middle of the remnants of the shrub on the far left – I think it might be a Manzanita plant that had burned there.  My guess is that the new growth is Manzanita too. 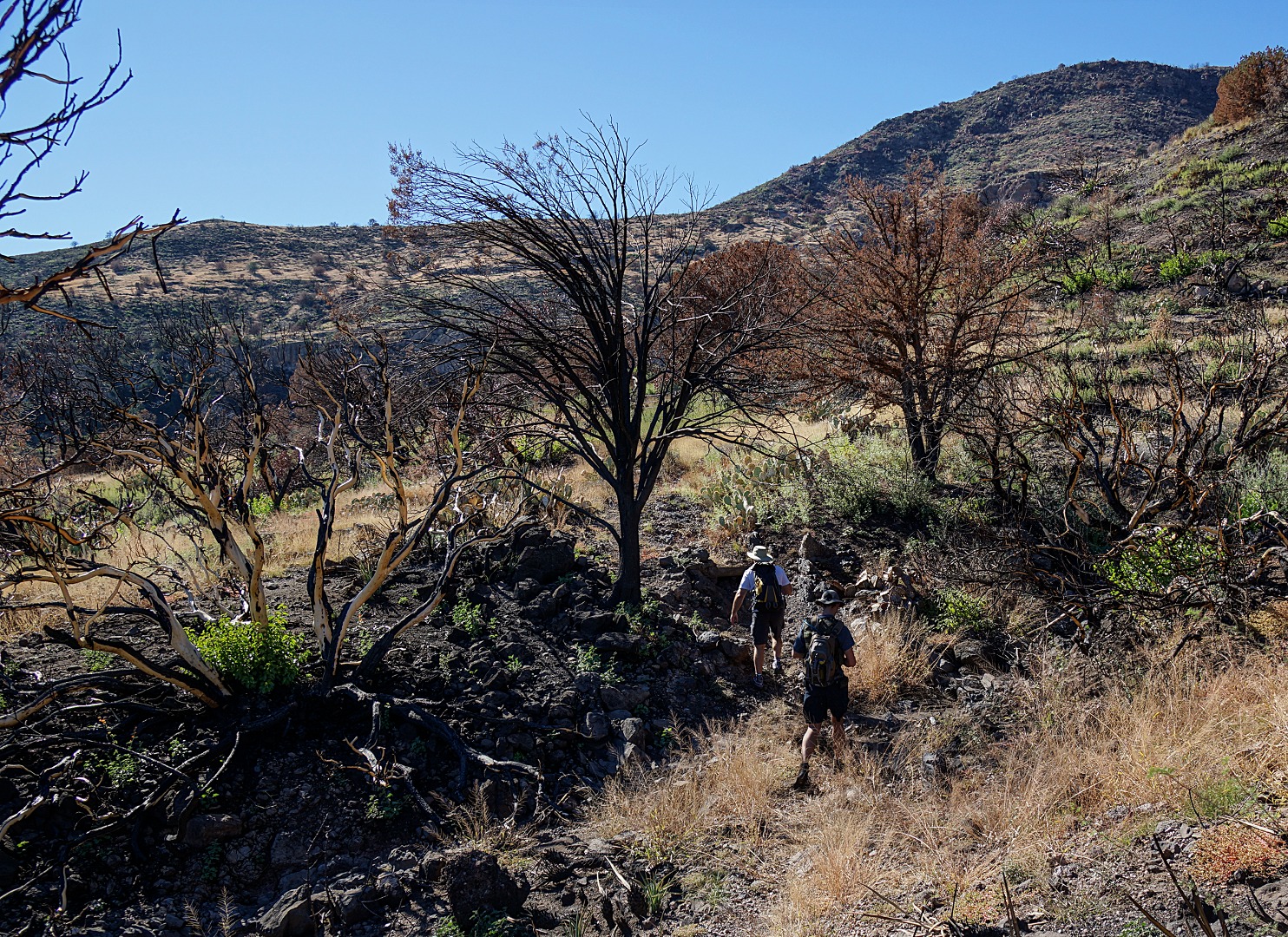 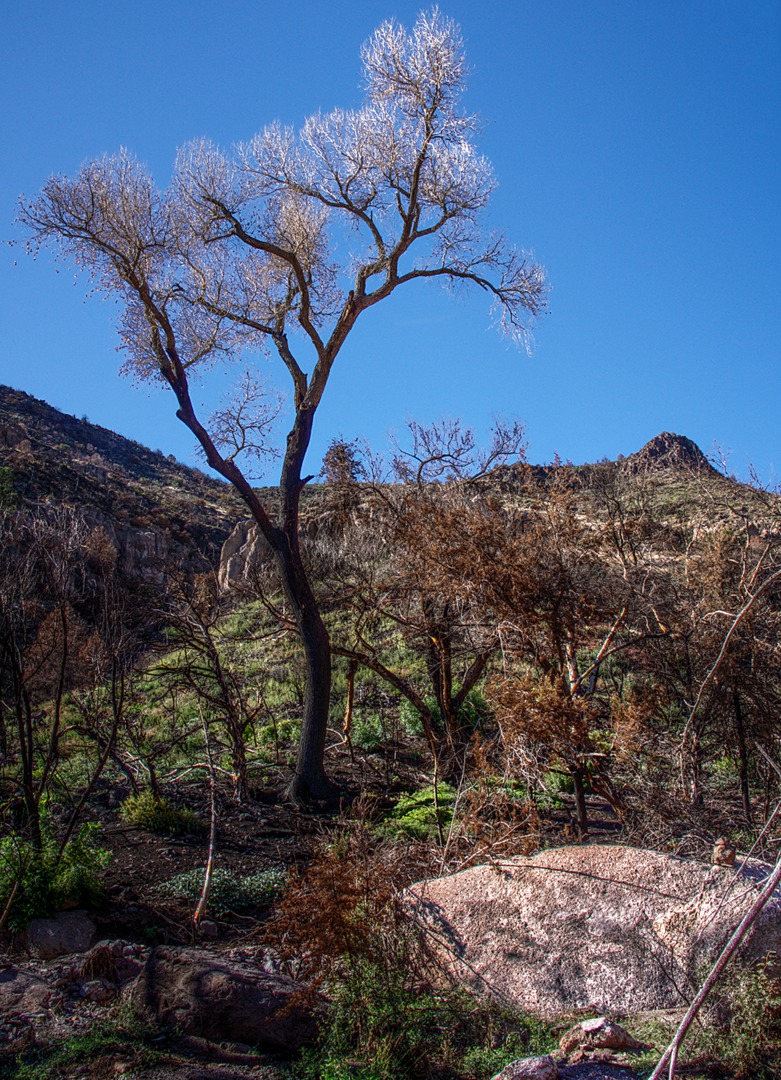 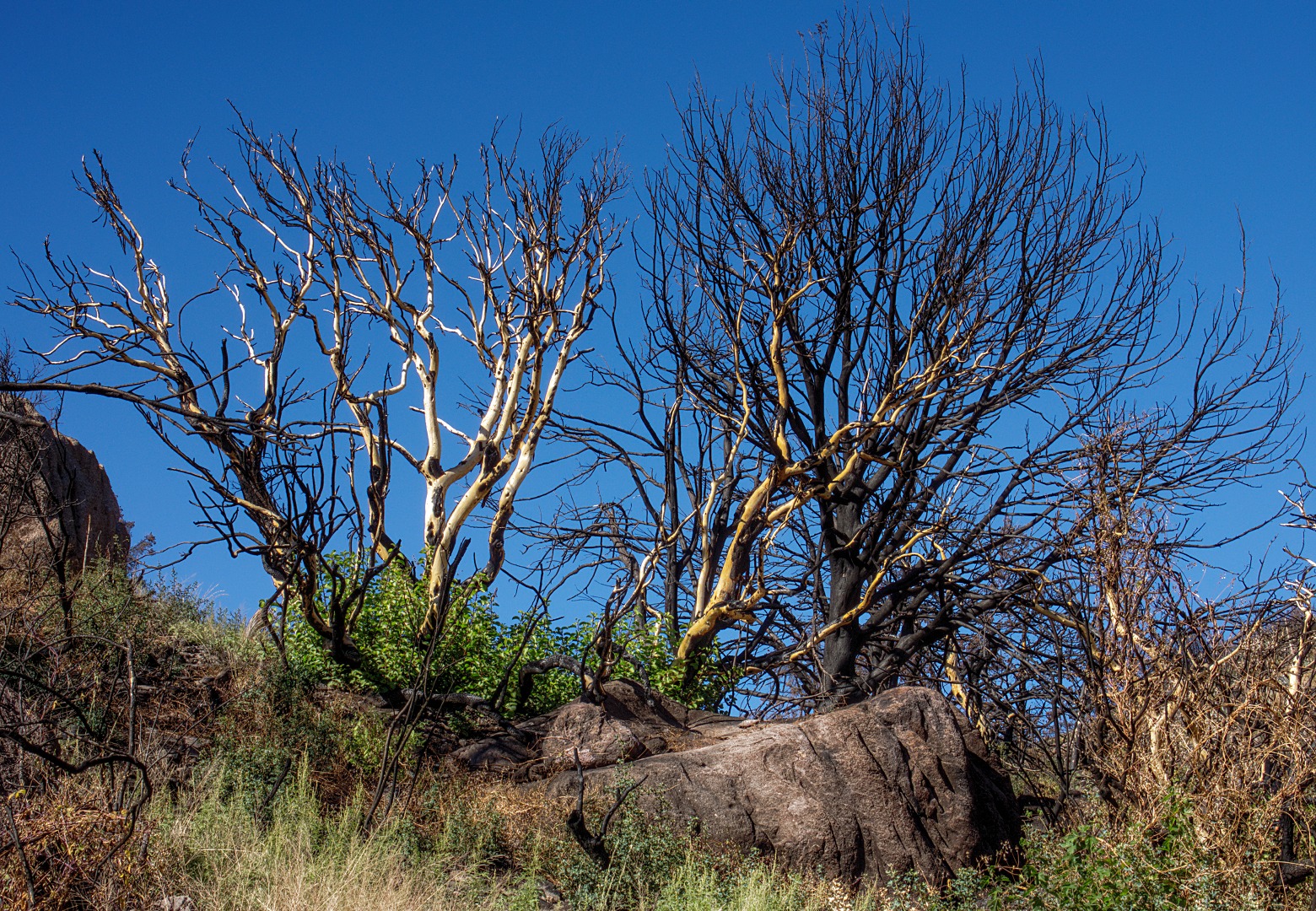 We encountered a blooming Agave or Century Plant: 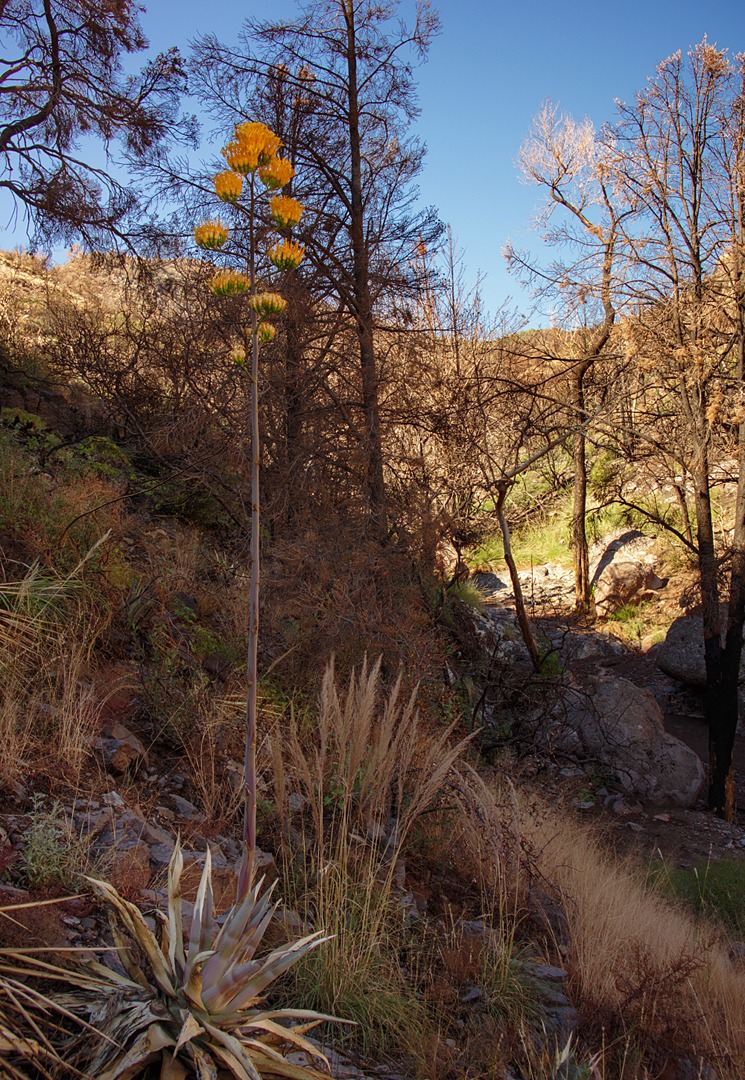 Here’s a close-up shot of the blooms… 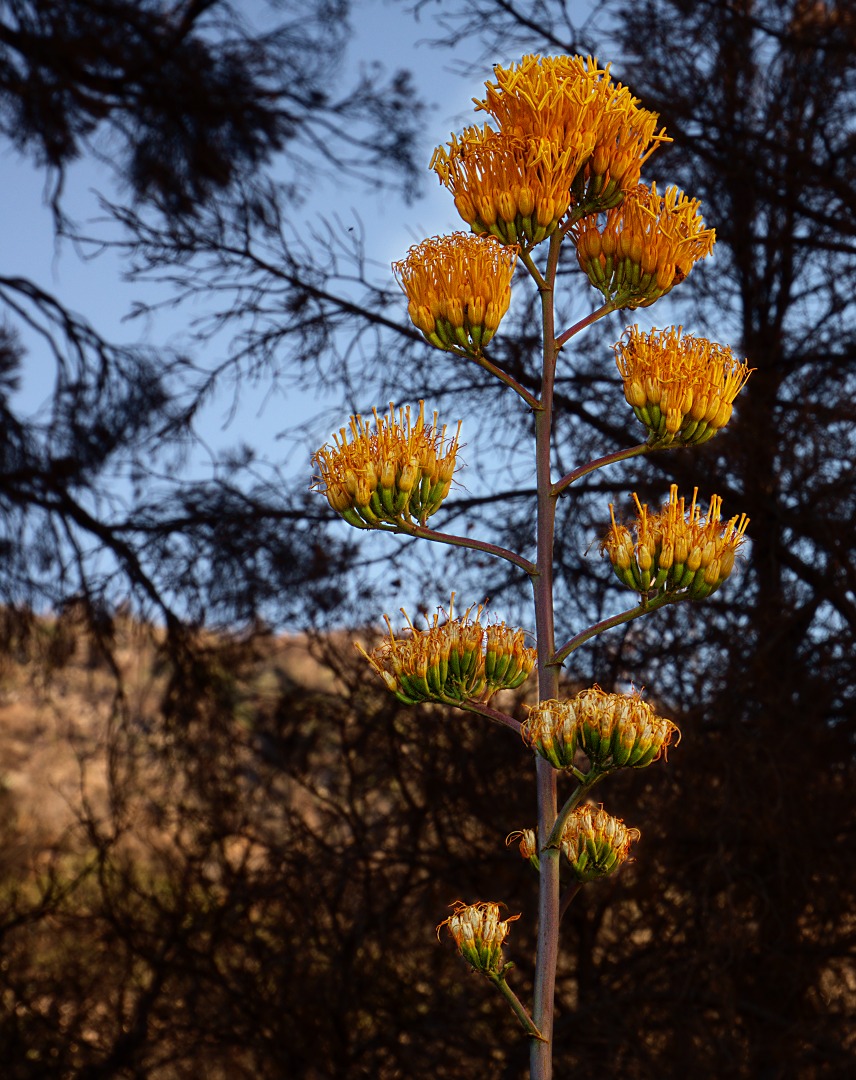 …and another crop showing the very top of the plant.  I don’t think I had ever seen one in bloom before.  As I was editing it, I noticed some bees on these blooms. 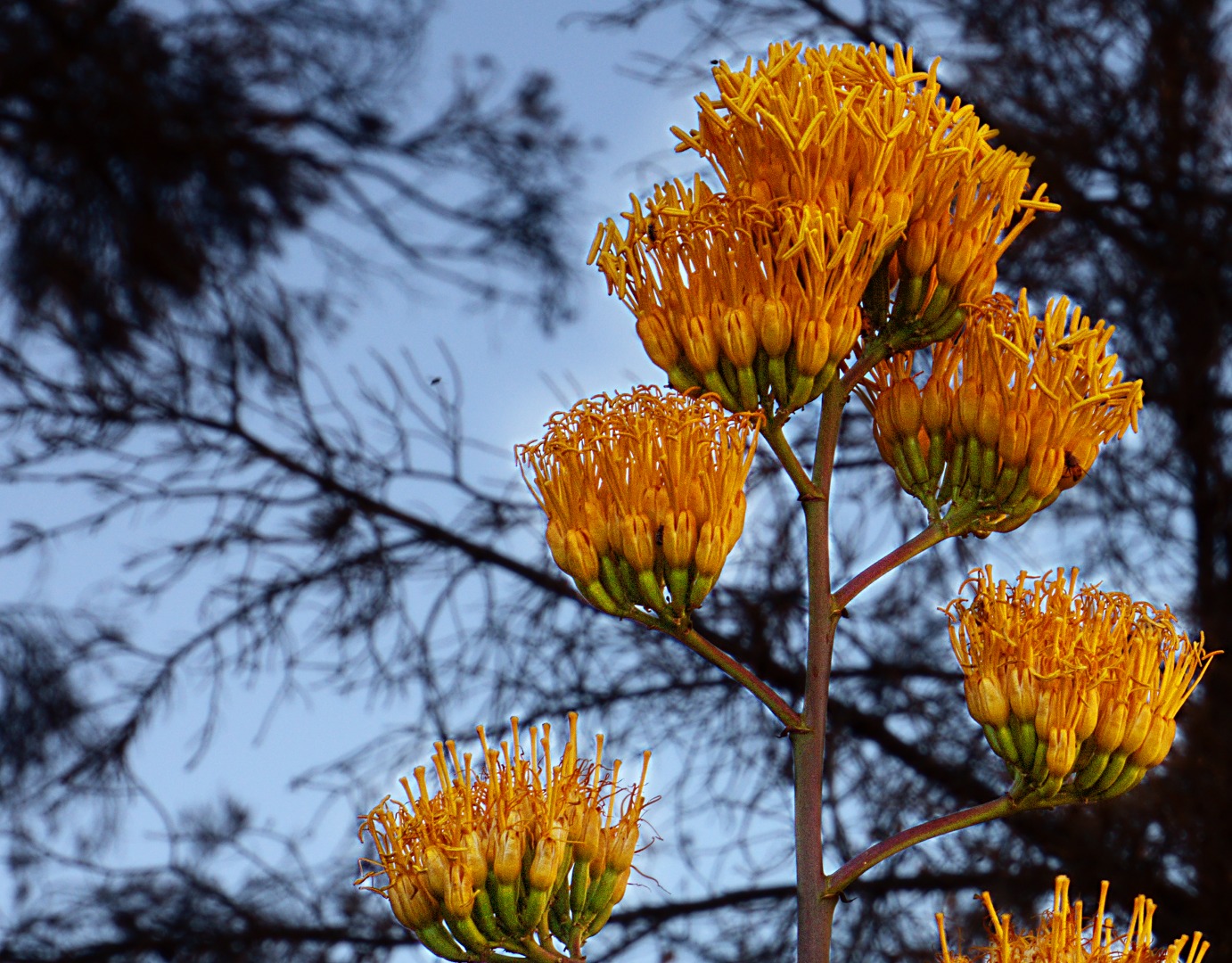 The creek had only a little bit of water in it.  We ended up hiking in the creek for a while because the trail became very difficult to find and follow.  Either new growth has sprouted up where the trail is or rain has washed parts of it away.  This is not uncommon in areas that have been ravaged by fires.  We made it just slightly less than two miles along the trail before turning back.  We could have gone further, but I was outvoted. 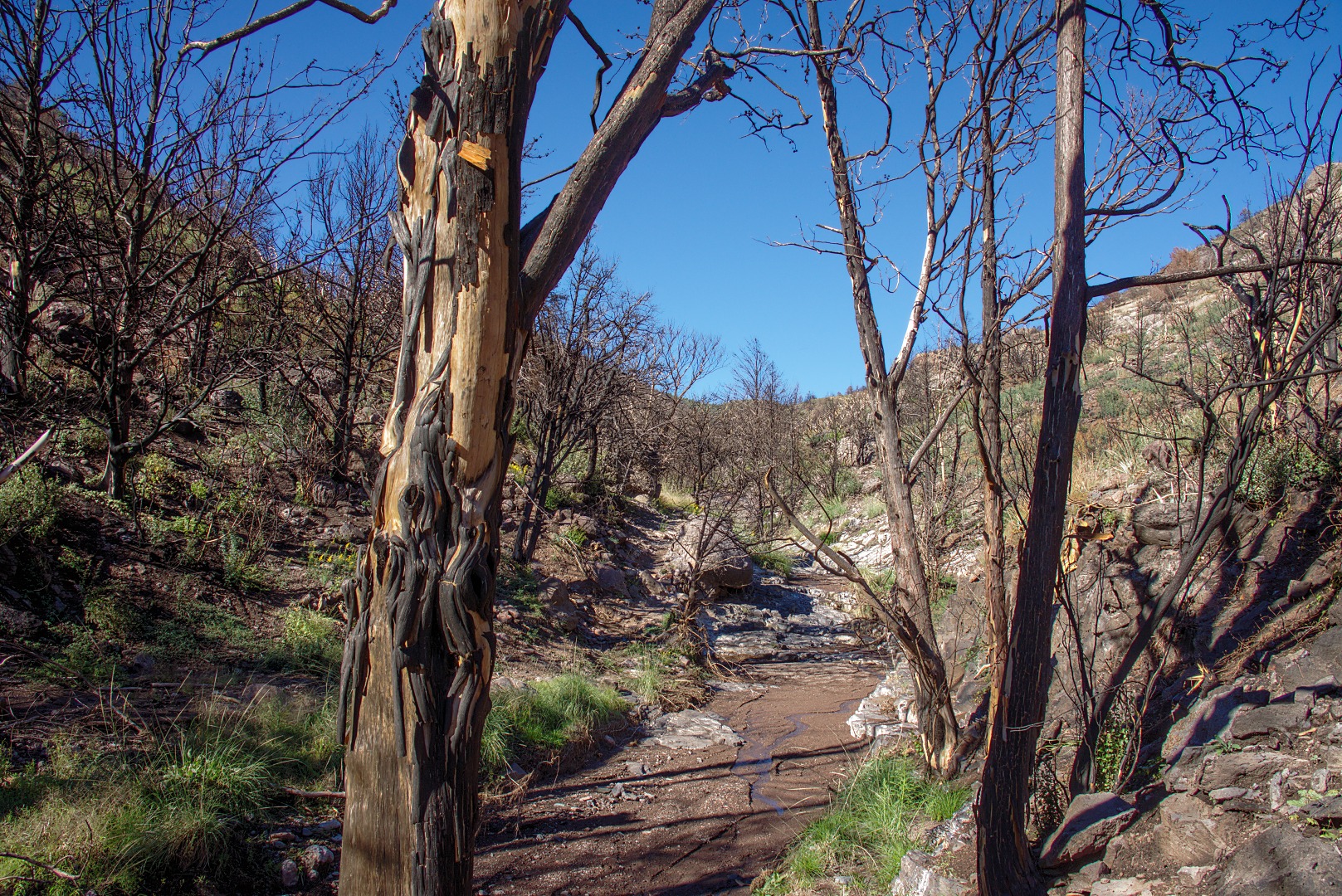 A roll of rusty barbed wire hung up on a burned out tree.  I think I noticed this wire on a previous hike, but of course, the tree wasn’t burned then. 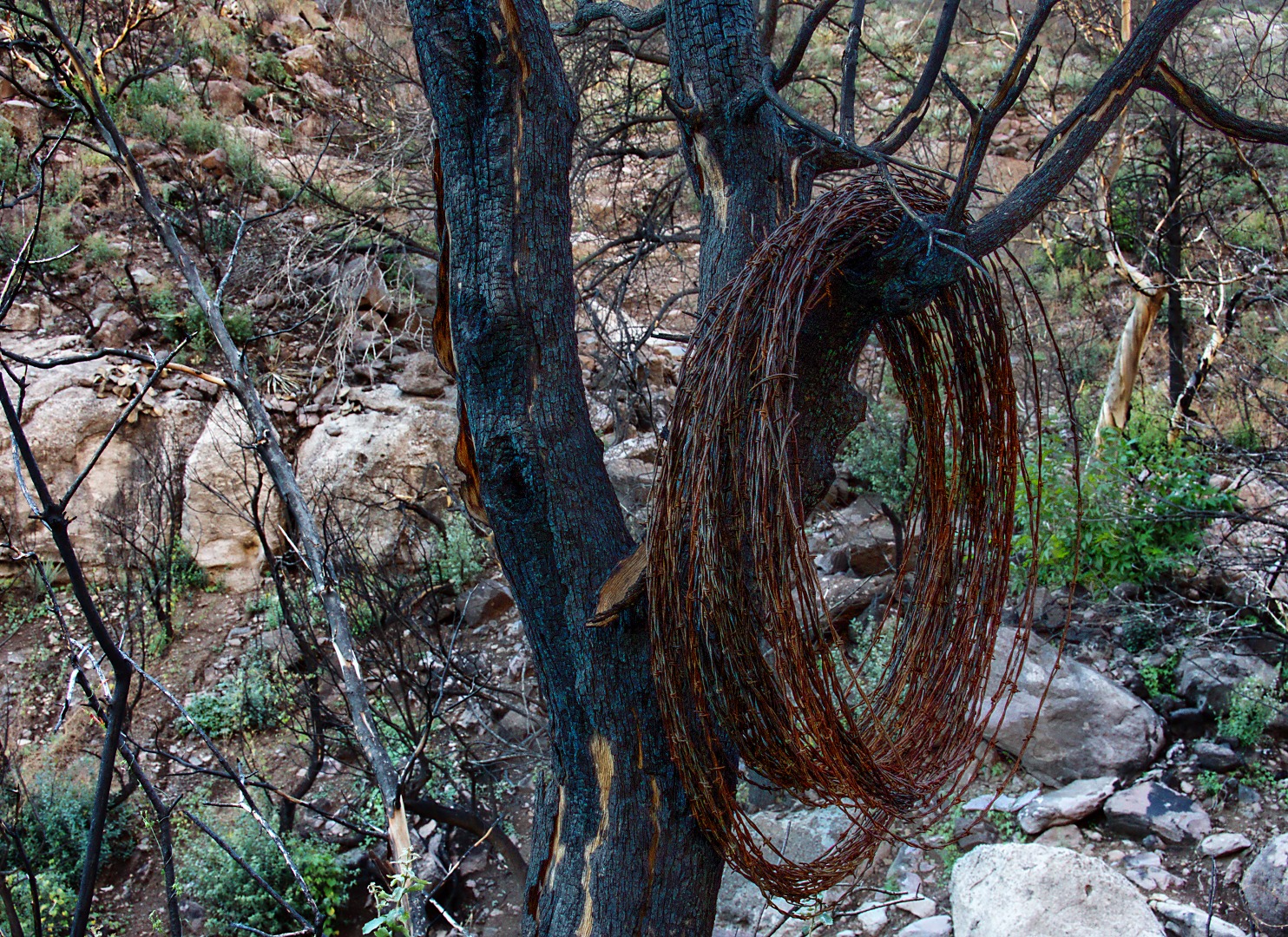 A view as we were hiking back through the creek: 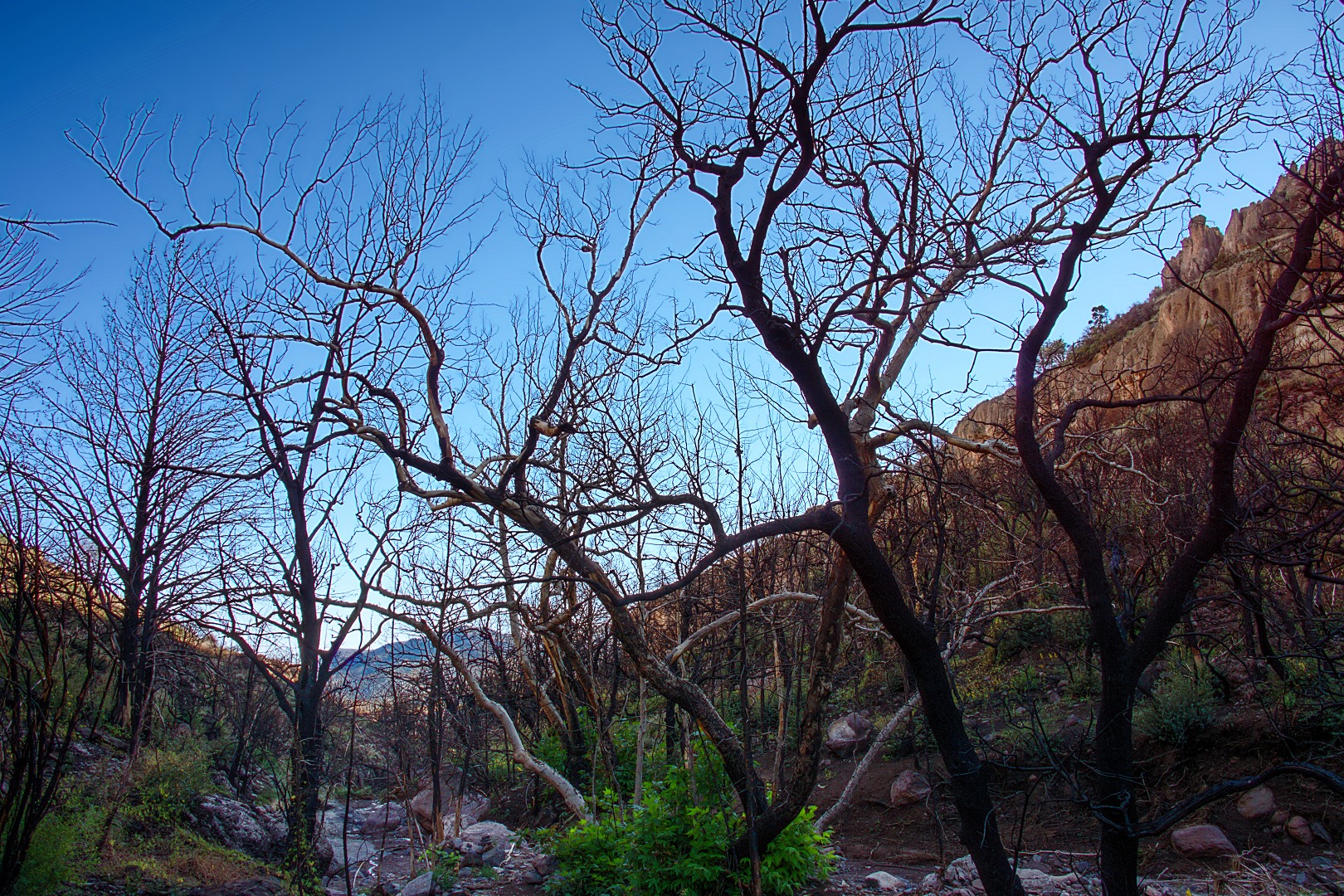 A ridged and pocked rock perched on the bank of the creek near some burned trees.  Their proximity to the creek did not protect these trees. 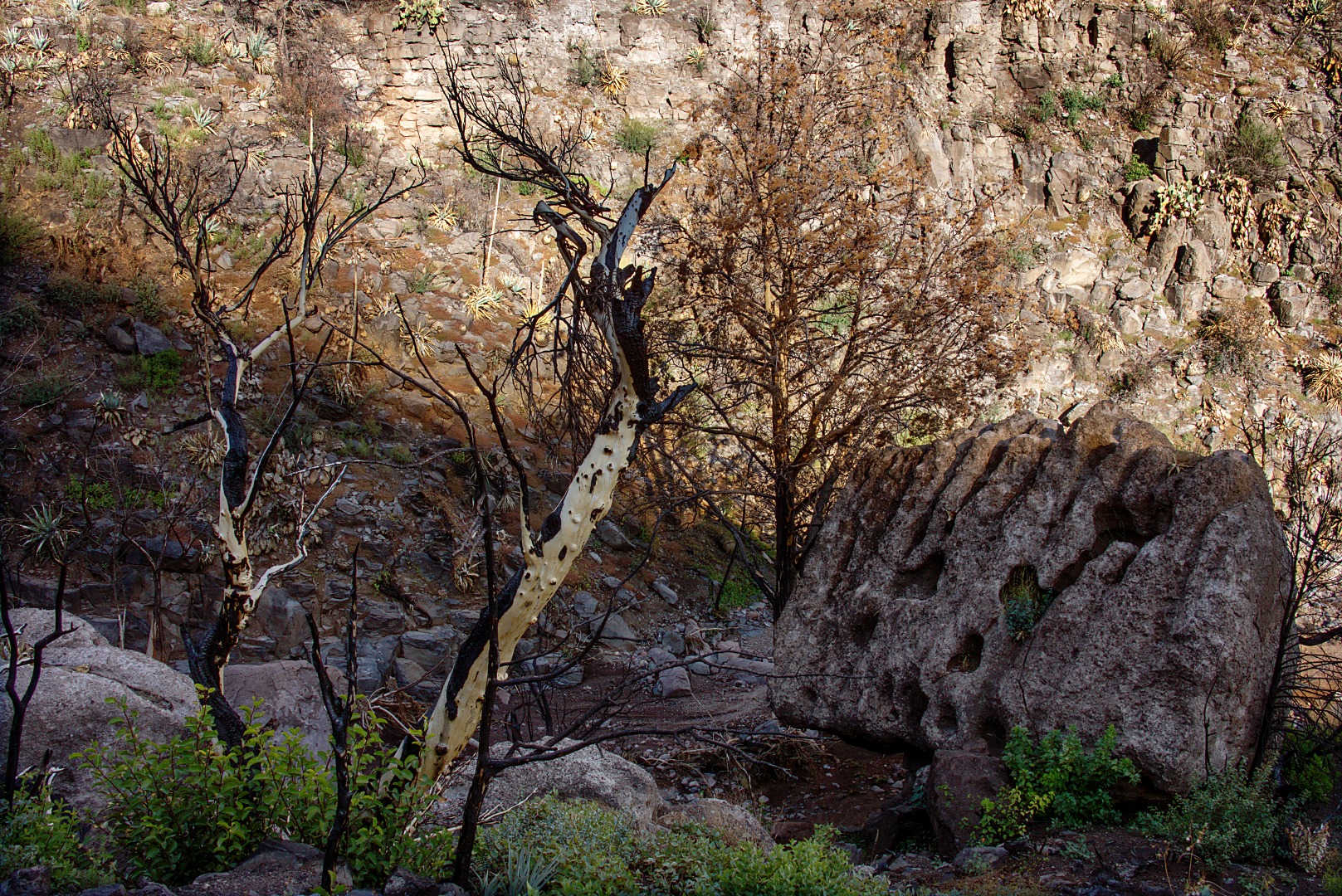 Joe, hiking up a hill on the way back: 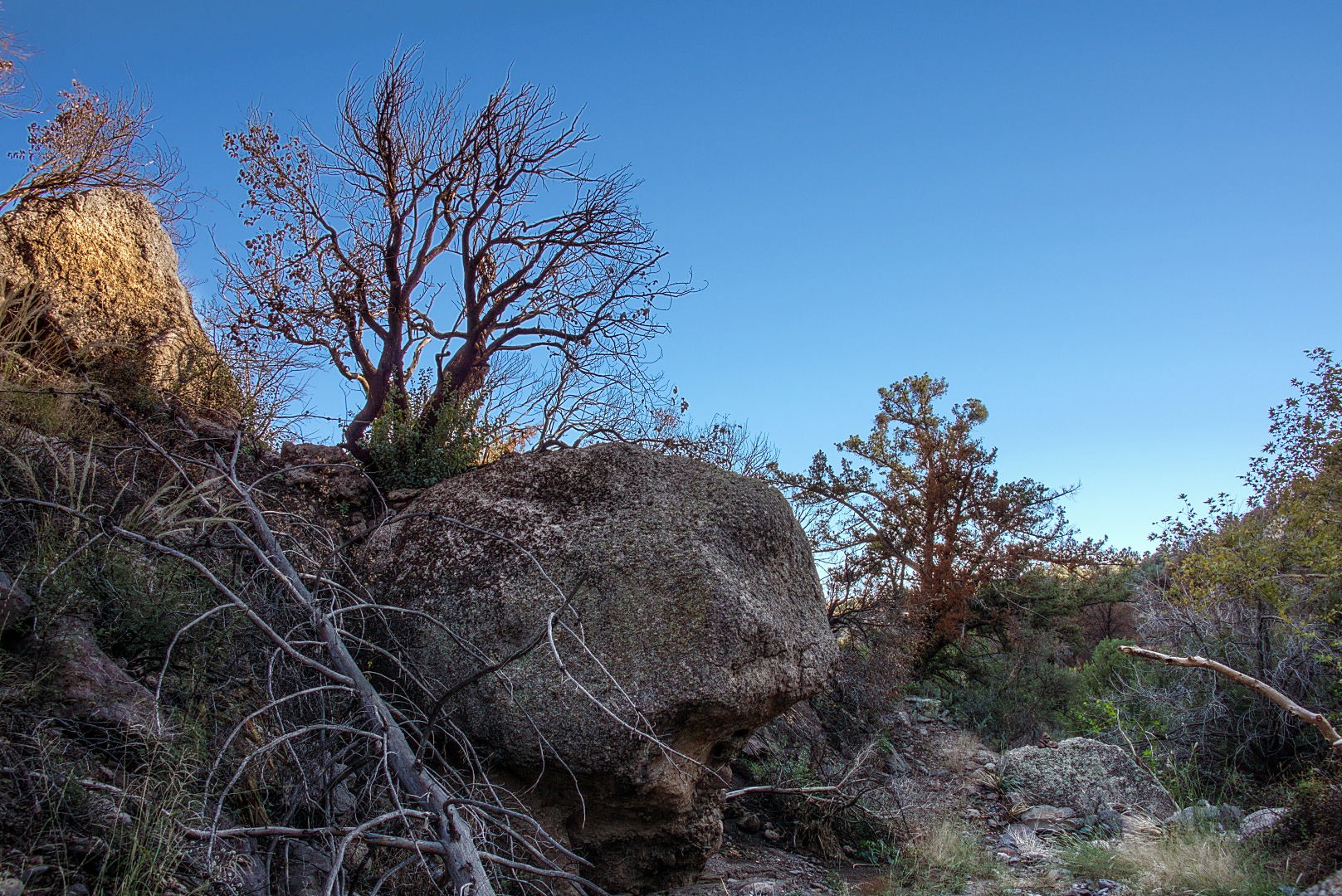 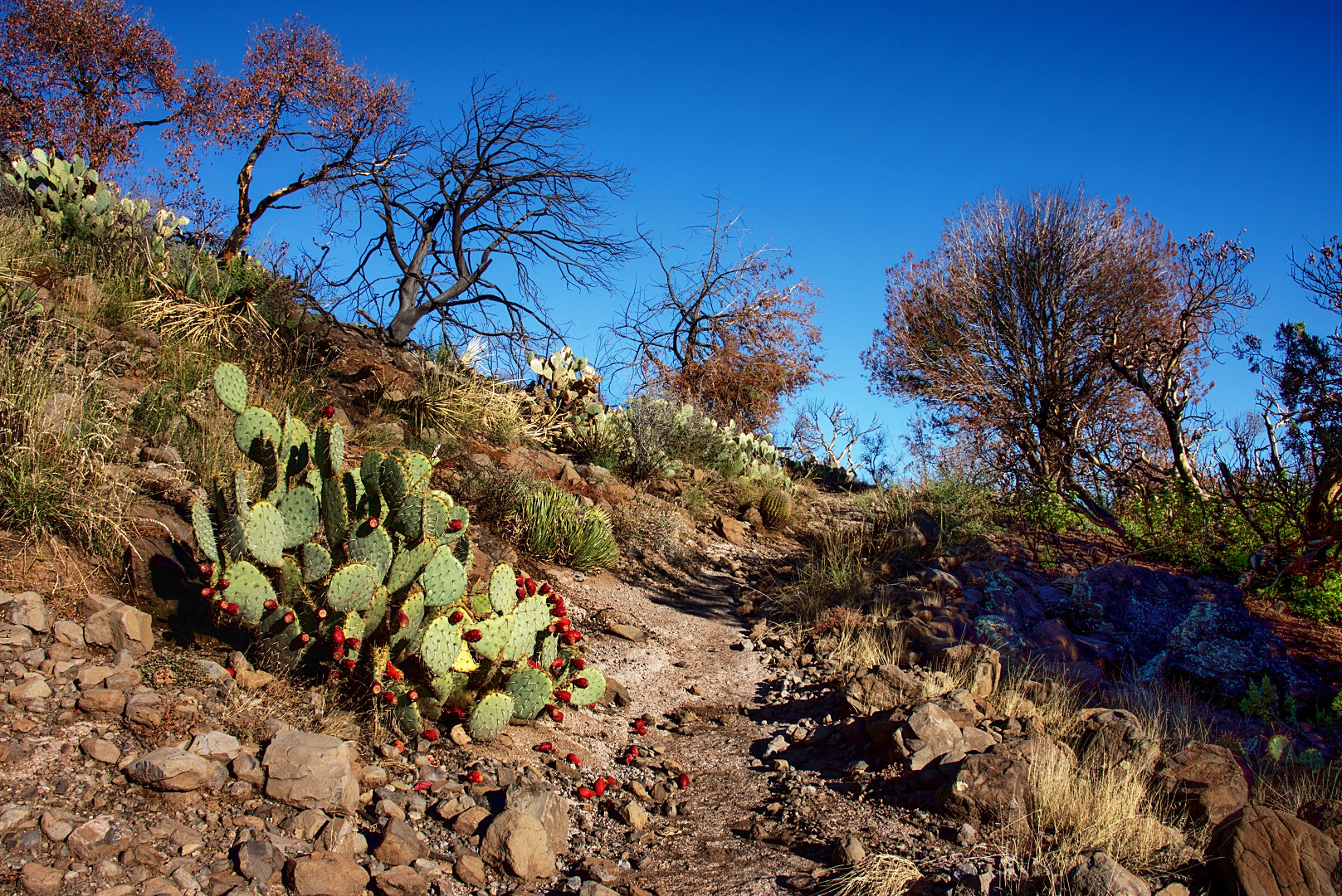