Neither Minstrel or her kittens came by yesterday.  We think they were frightened off by the Javelina that had visited the night before.  But, for a time this morning, both the mamma and daddy cat were here along with three kittens.

The daddy cat is quite tolerant of the kittens.  He doesn’t like it when Callisto – who is probably his offspring too – comes outside.  She used to try to go up and greet him, but he growls and she backs off. 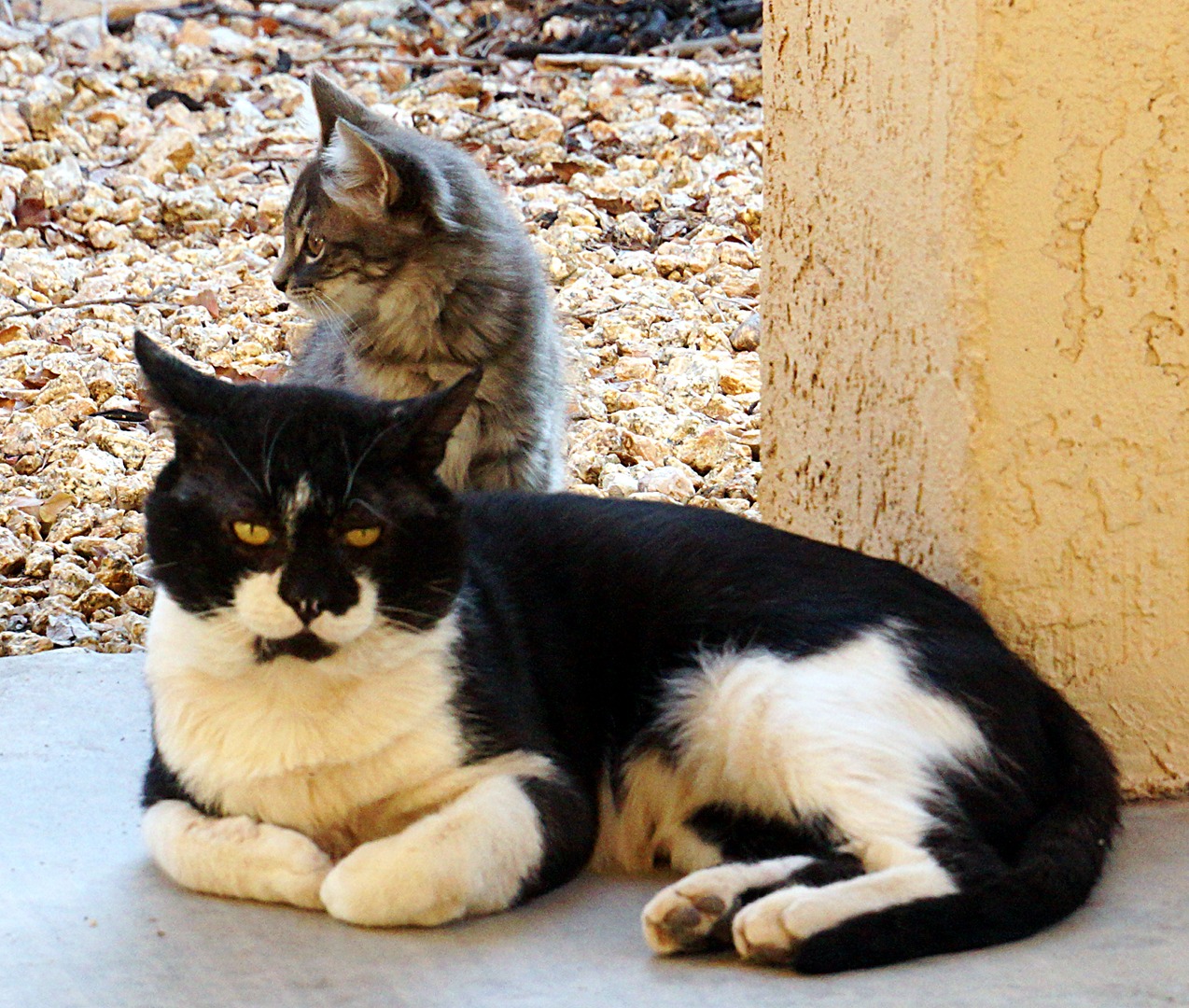 The gray kitten with white markings has very big ears! 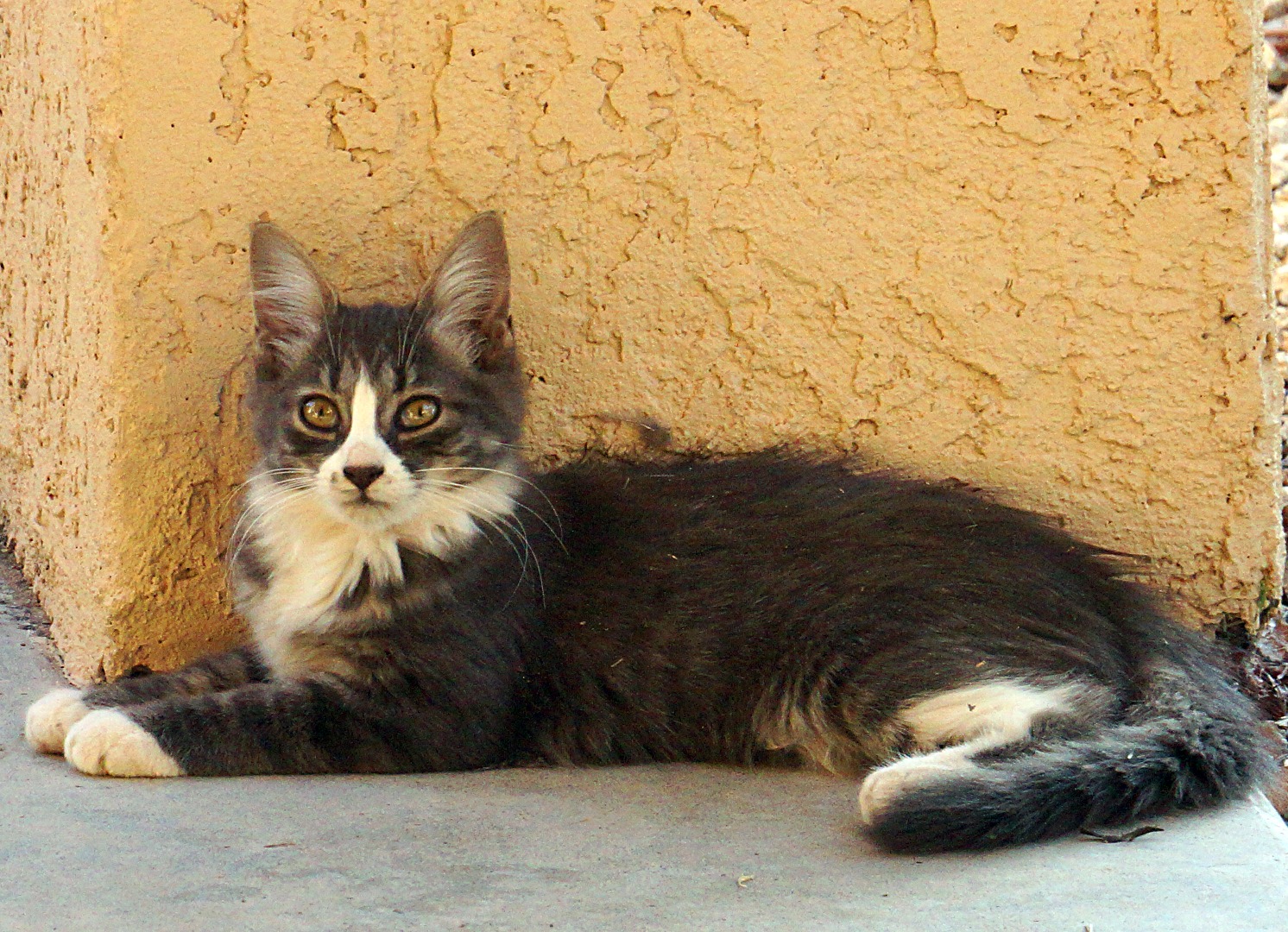 The one remaining ginger kitten.  We had seen a second one when Minstrel starting bringing them by, but it disappeared soon thereafter. 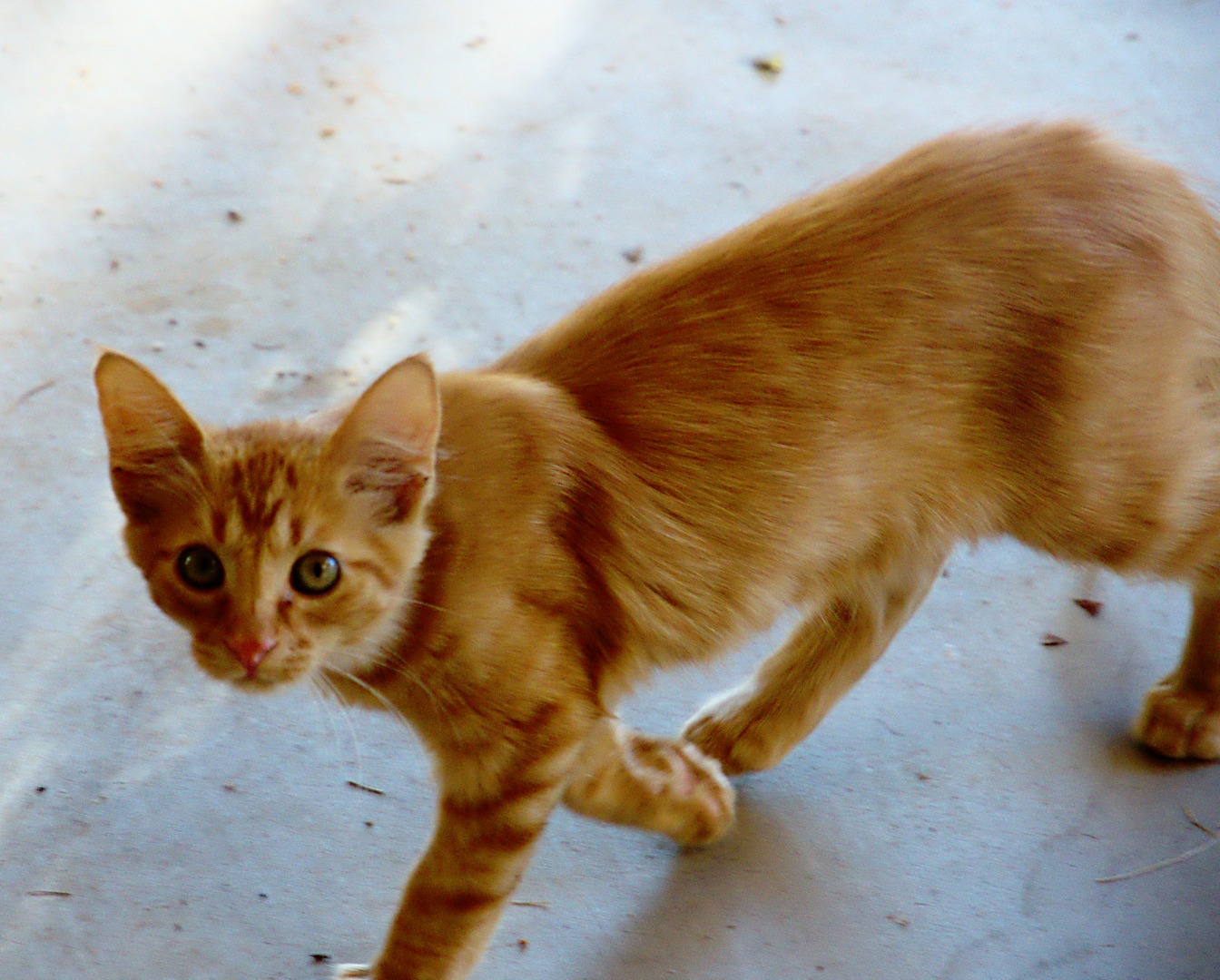 Here are the two grays playing with each other: 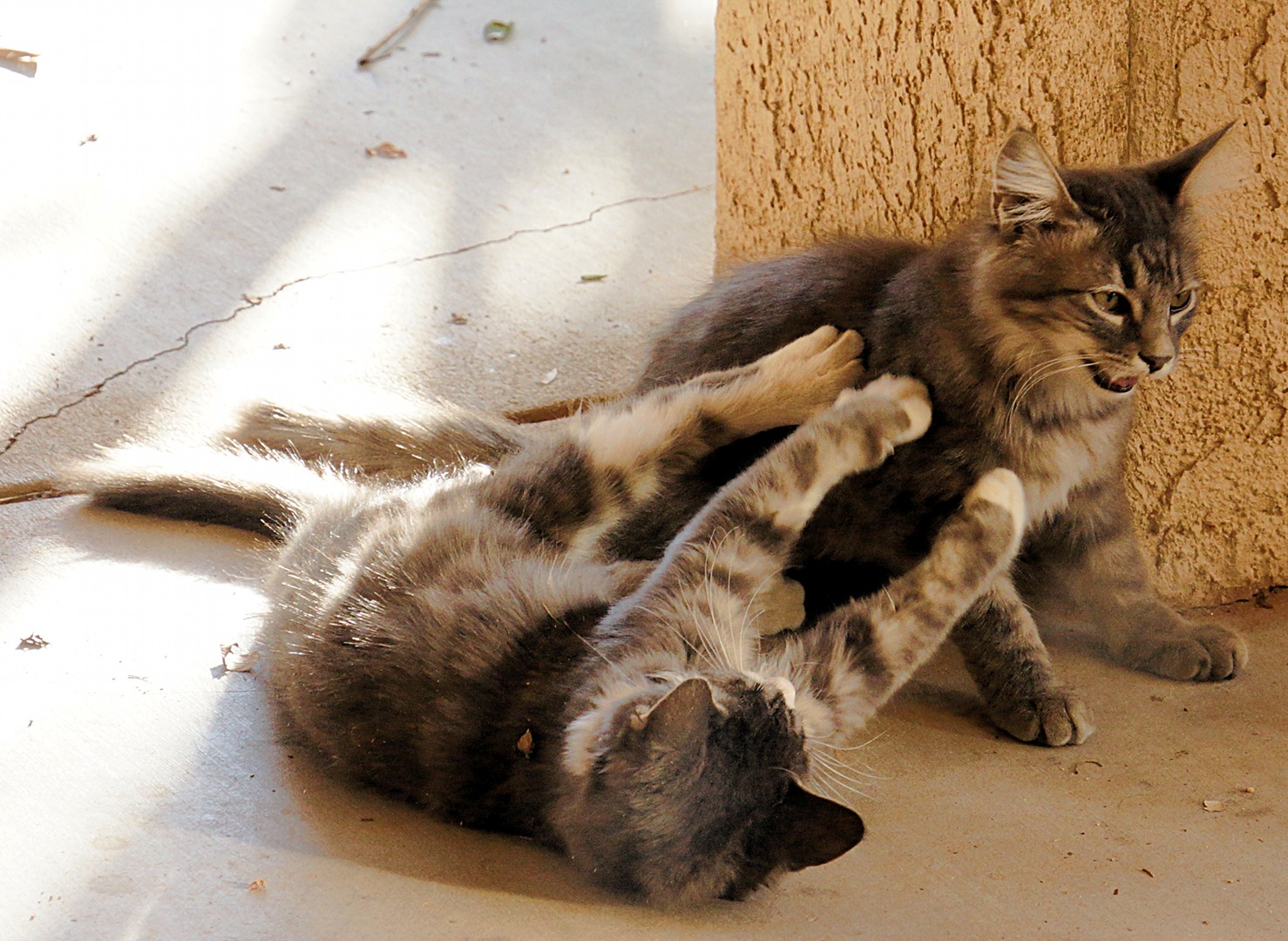 Rock Knob, at Sunset, from the Feldspar Trail