A Small Hill at the Edge of the Island

Below is another photo taken during our visit to the Island in the Sky in Canyonlands National Park.  I eventually hiked around that hill to the edge of the rim to get some other photos.

This one was tone mapped with Mantiuk ’06.  I set the opacity of the tone layer to 85 percent and did some further partial masking of the sky and some of the overly white areas in the foreground. 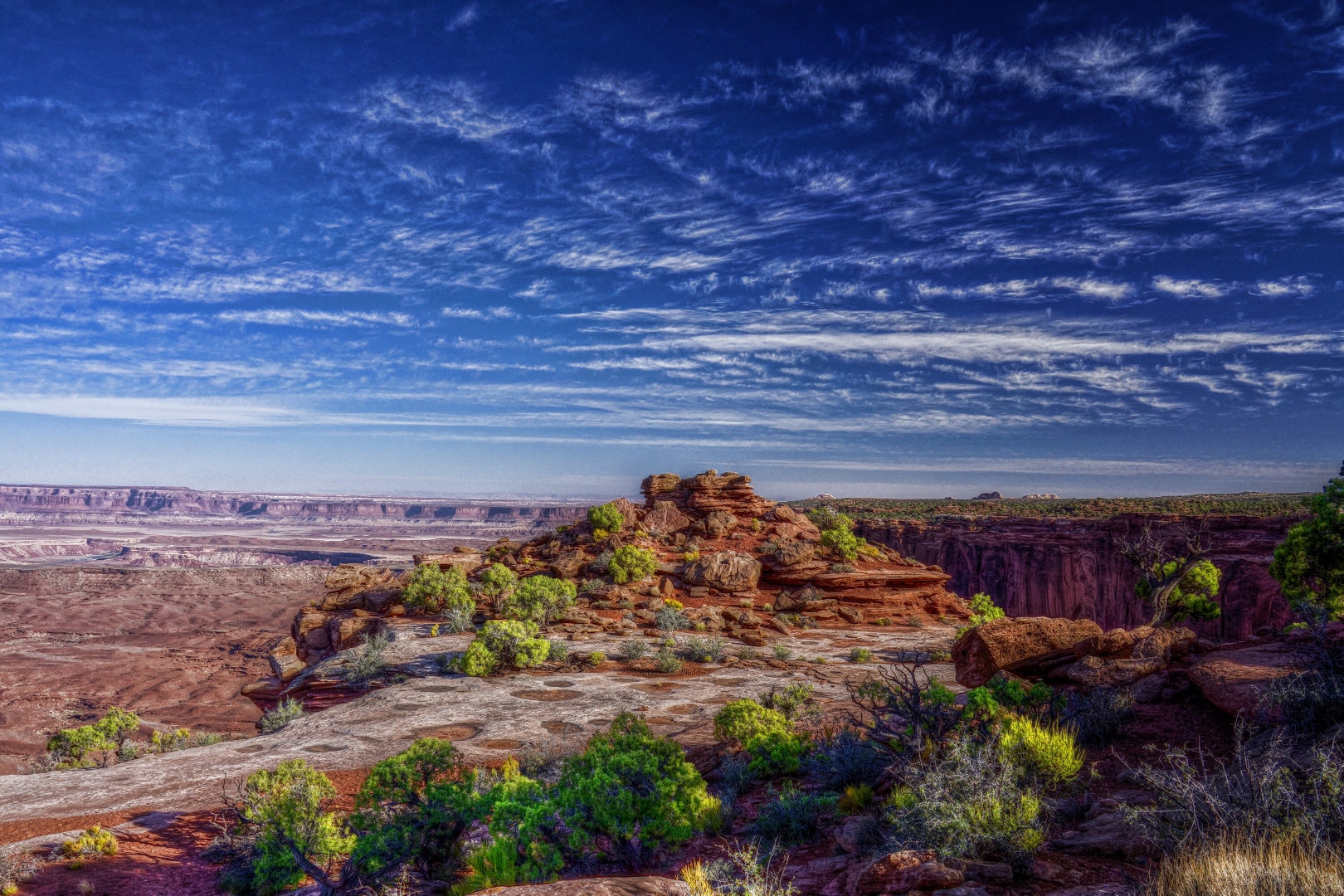 Here’s a crop which is interesting too… 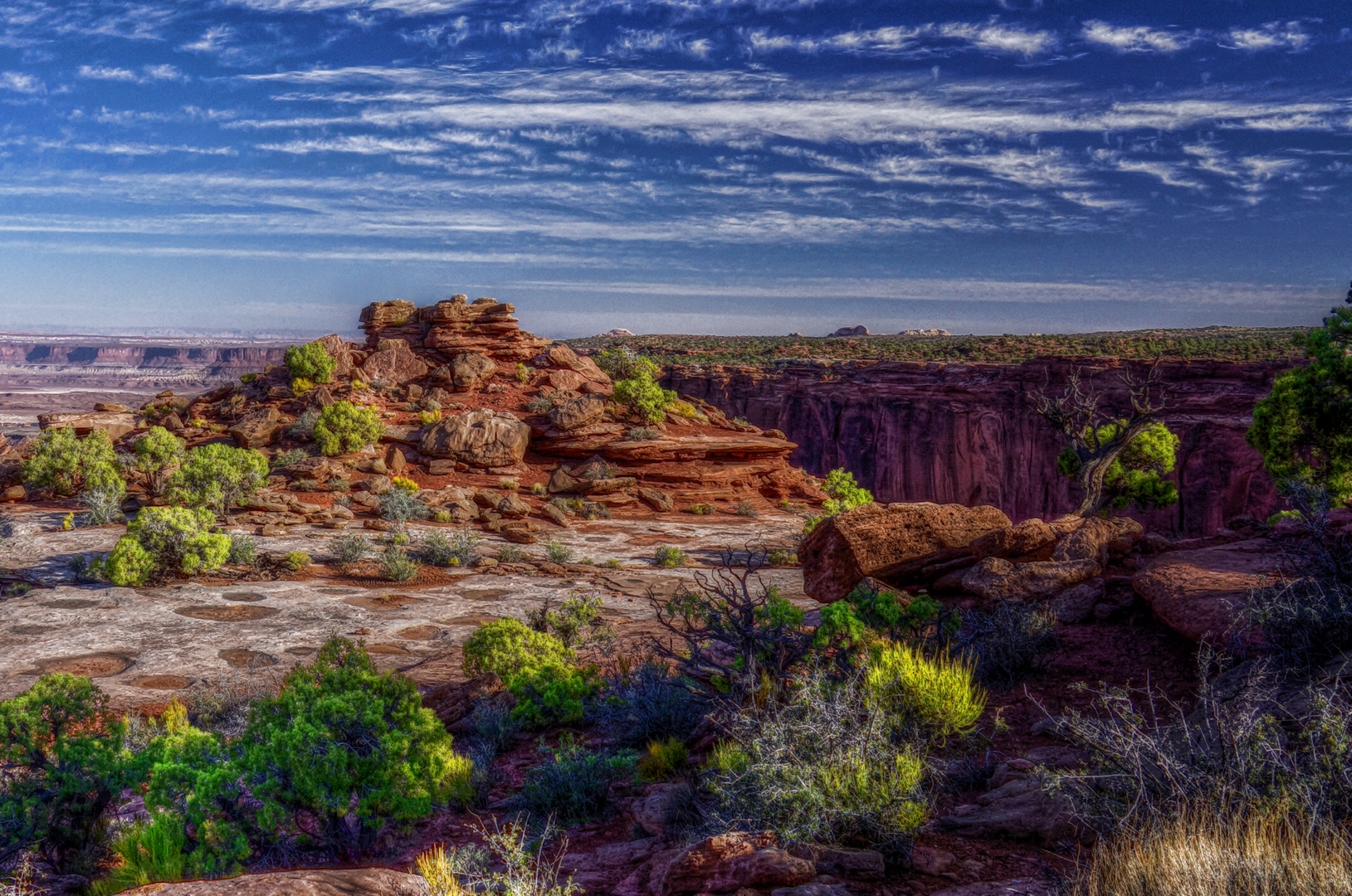