The Fountain at Night

The photo below is of the Fountain Hills fountain and environs as it appeared last Sunday just after 8:00pm.

The image below was blended in GIMP using three of the ten exposures that I took using my Sony NEX-7.  One of the problems I had with tone mapping the image using HDR software is that there’s a lot of noise in the immediate foreground.  Tone mapping it with Fattal made that noise even more evident.  Most of the other tone mapping algorithms had difficulty with the dynamic range.

For the GIMP blending, I ended up using RawTherapee on the second lightest exposure to lighten up the foreground just enough so that it’s not completely dark.  (The brightest exposure was shot at a higher ISO and had even more noise.)  If you look very closely, you can see some detail there.  It’s very dark though, but it was that way in real life too.  I had to shine my headlamp up at the saguaro off to the far right to make sure that it was in the frame.  That sequence of ten shots took most of the fifteen minutes that I had to get the various exposures of this scene.  (The fountain only runs for fifteen minutes beginning on the hour.) 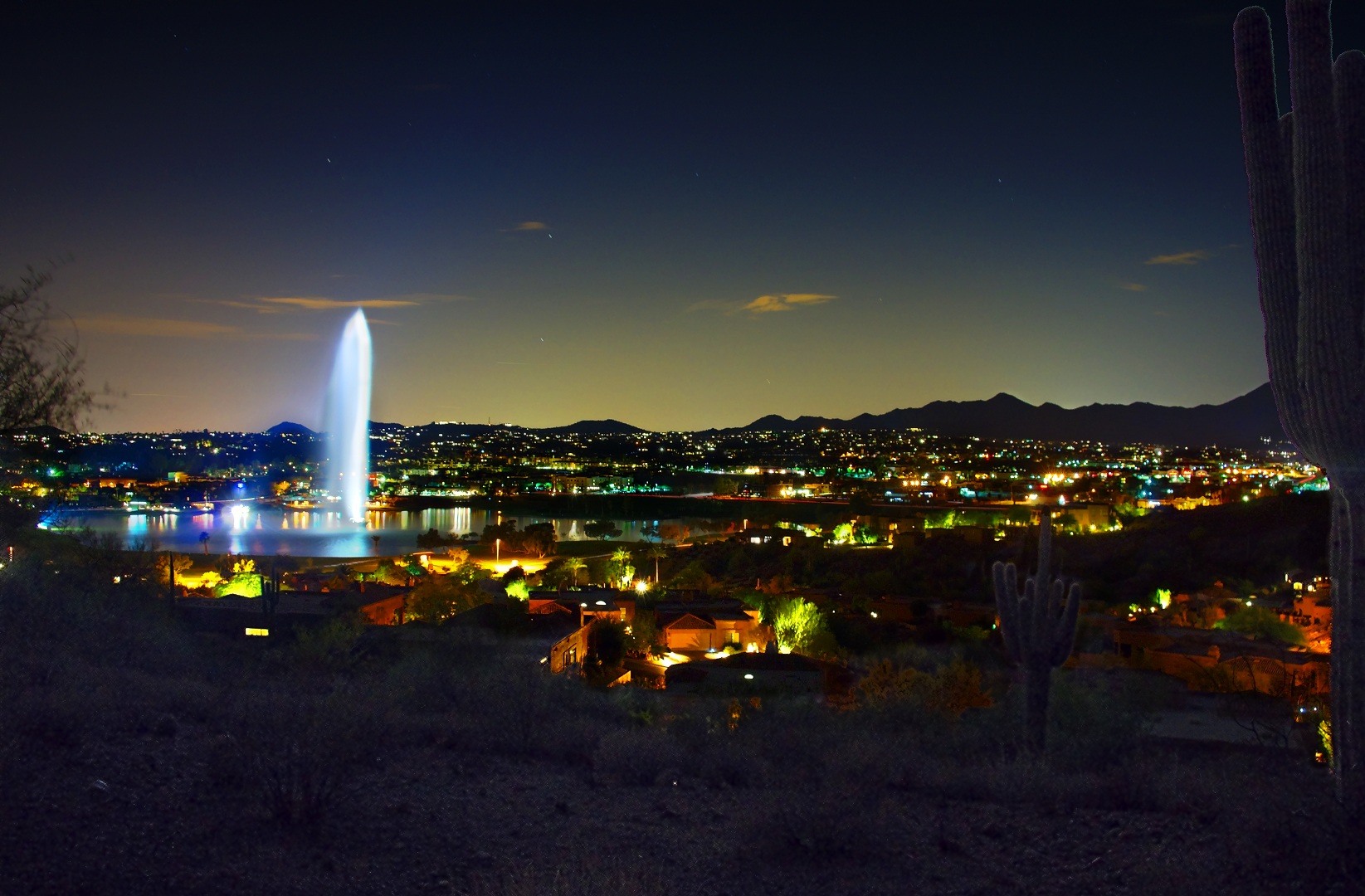 Below is another result that I got using Mantiuk ’08 with some additional GIMP edits afterwards.  This image is not as sharp and the town lights are too bright, in my opinion. 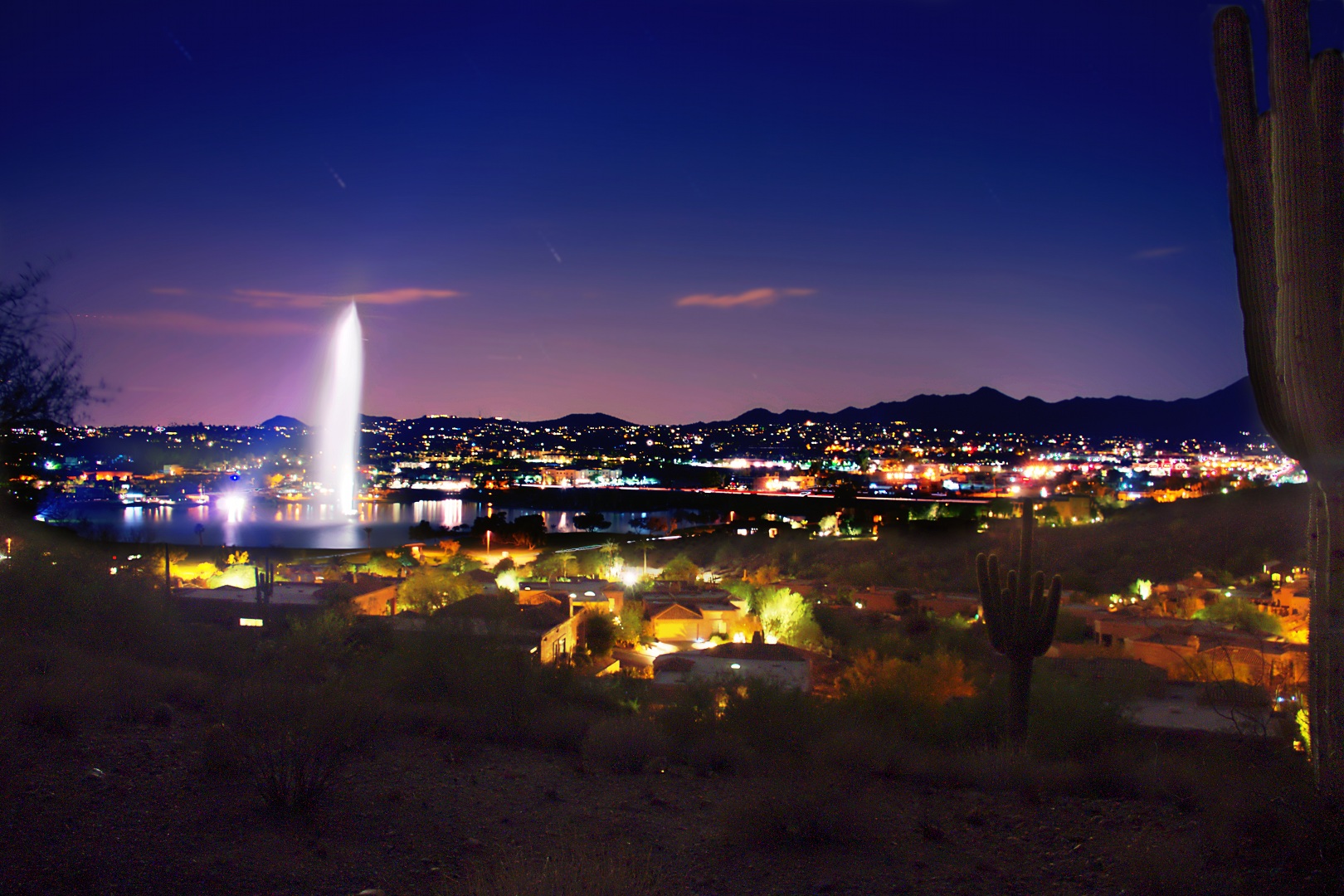 Sunrise from the Balcony