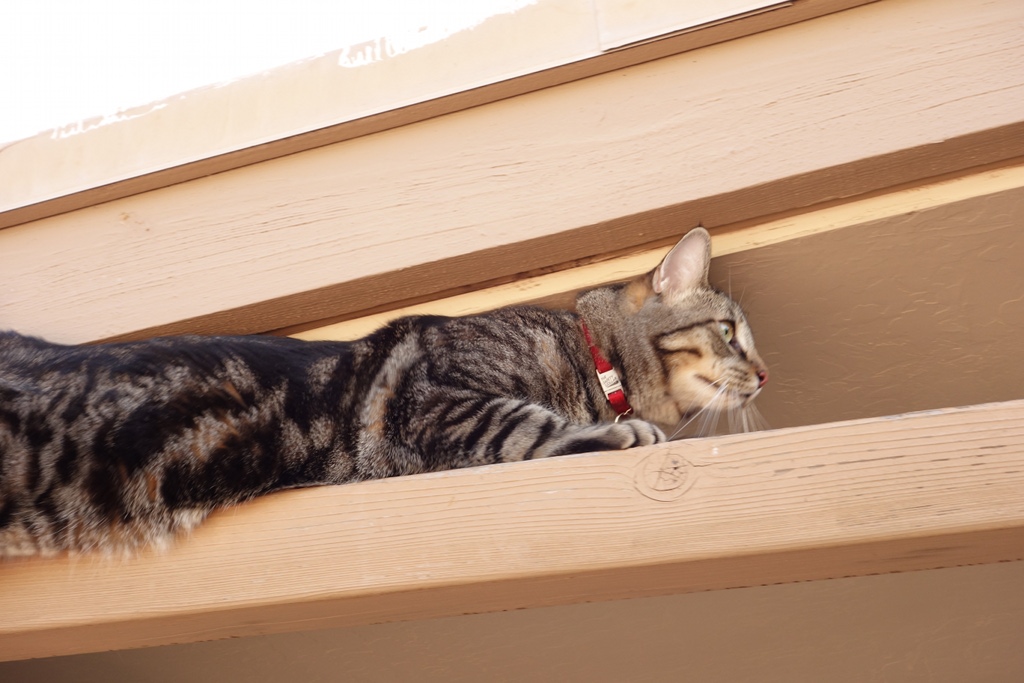 Tiger, on the Prowl…

Tiger wanted to visit the balcony too, so I let him join Marilyn and Marie who were there reading.  He eventually made his onto the roof, and began his prowl. 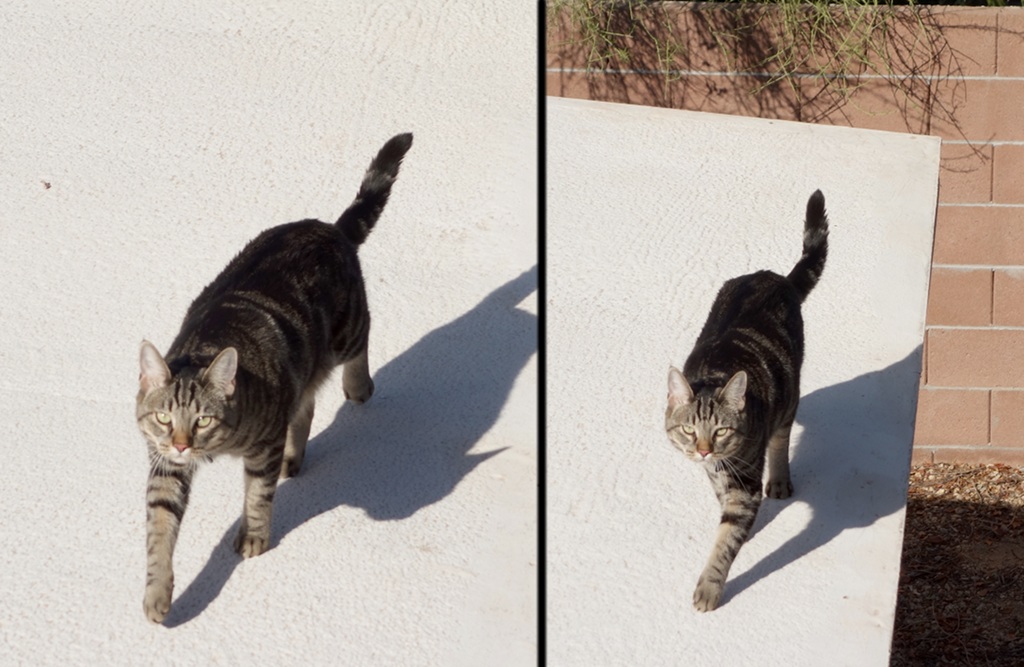 But the roof wasn’t interesting enough for Tiger.  He wanted to get down to explore the yard too.  He found a beam onto which he could jump.  He pondered his next move: 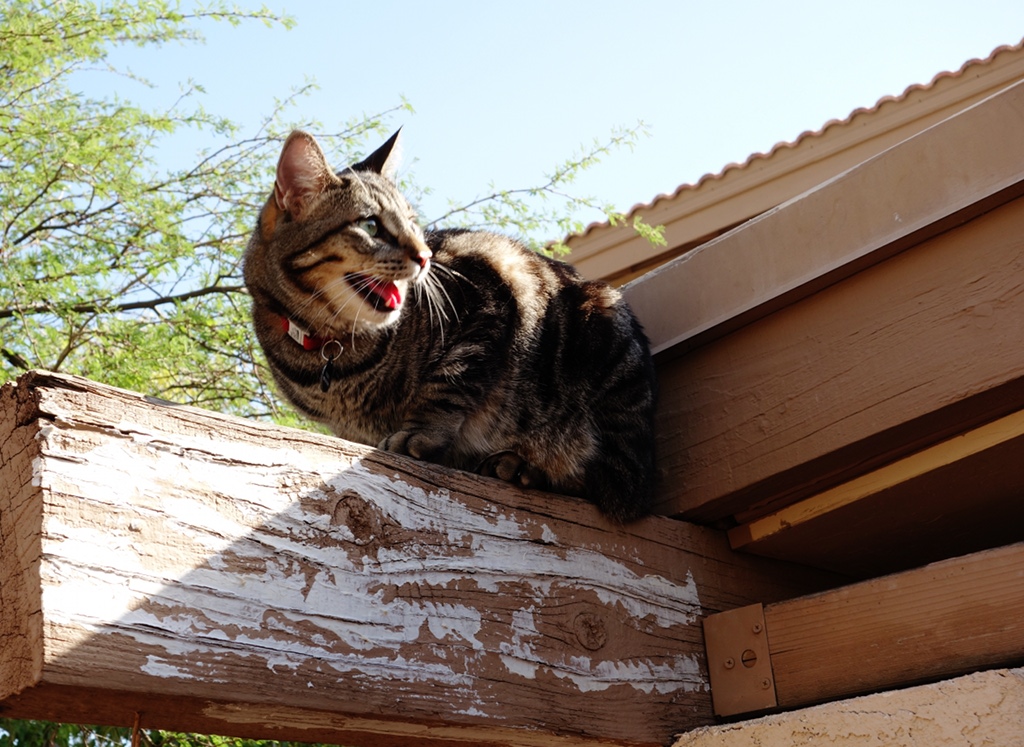 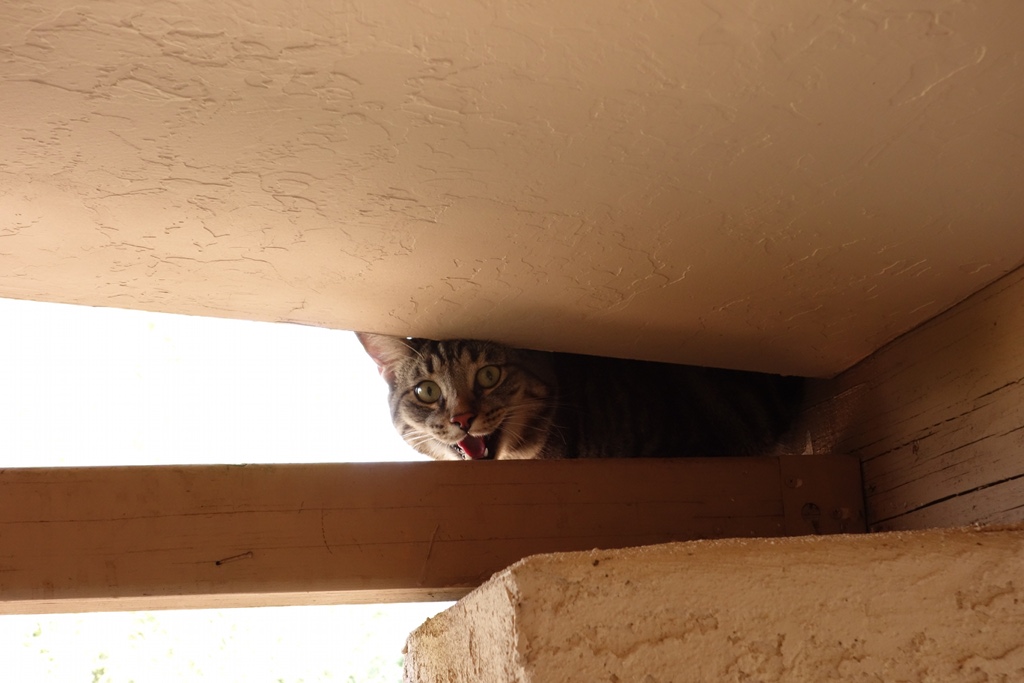 …so that he could crawl along another beam:

Of course, it’s natural to want to rest for a while after crawling on your belly. 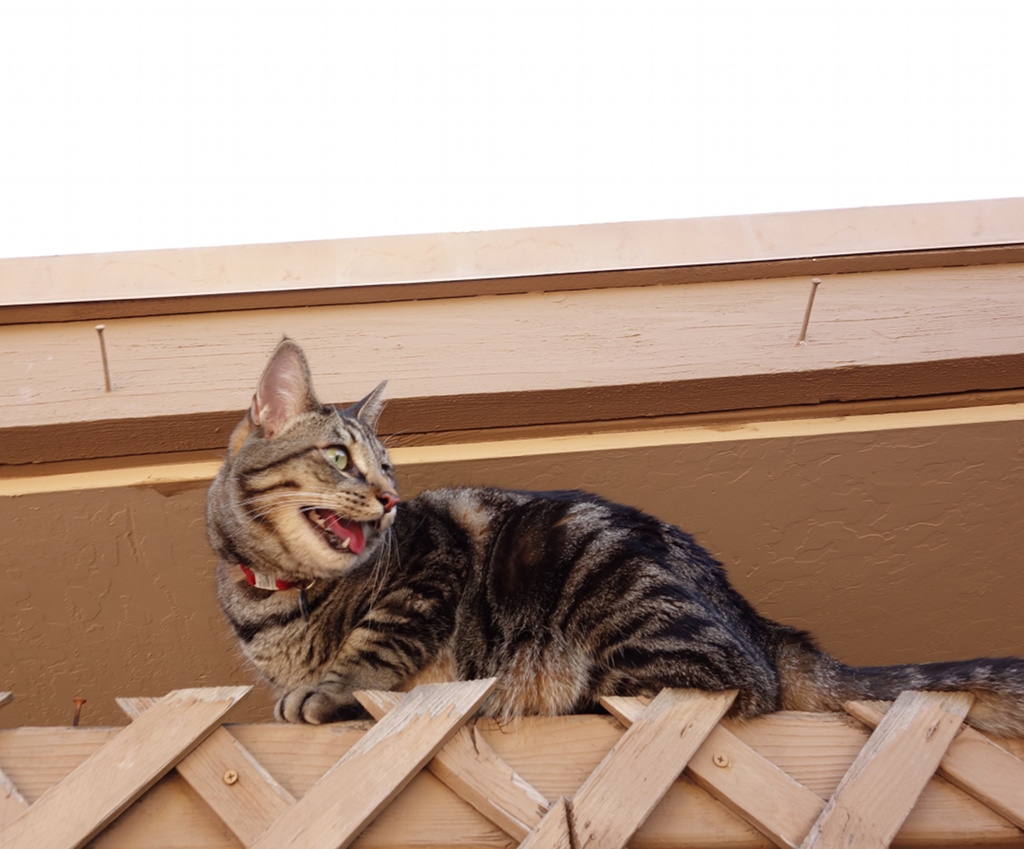 But it only required a short hop to the tarp-wrapped, folded-up ping pong table to get down. 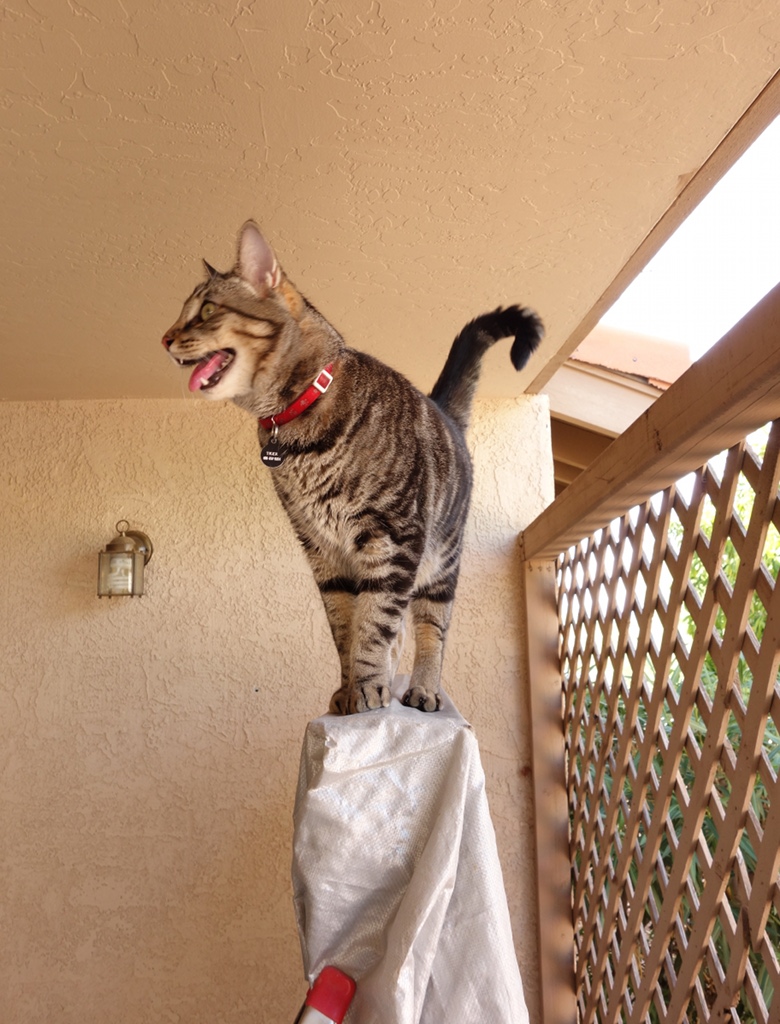 Once he jumped down, I scooped him up and brought him inside.  He’ll have to wait for another day to prowl the yard.