On our recent visit to the Moab area, we hiked out to Corona Arch.  We had never seen Corona Arch before; it was a new experience for us.

The early morning sun cast long shadows of me and my daughter: 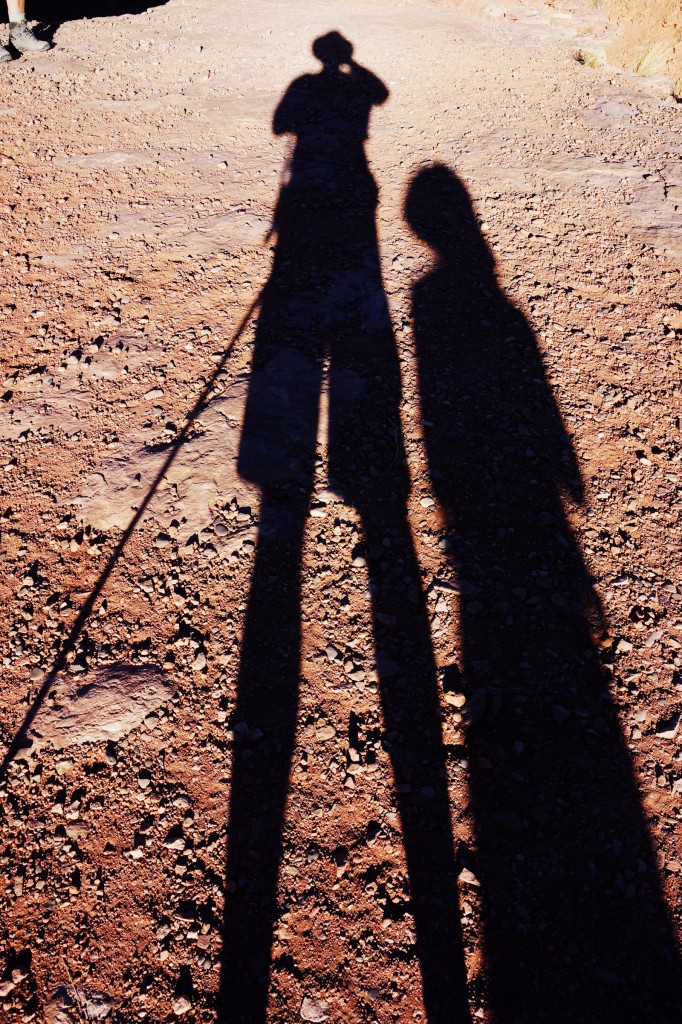 We saw some interesting rock formations along the way: 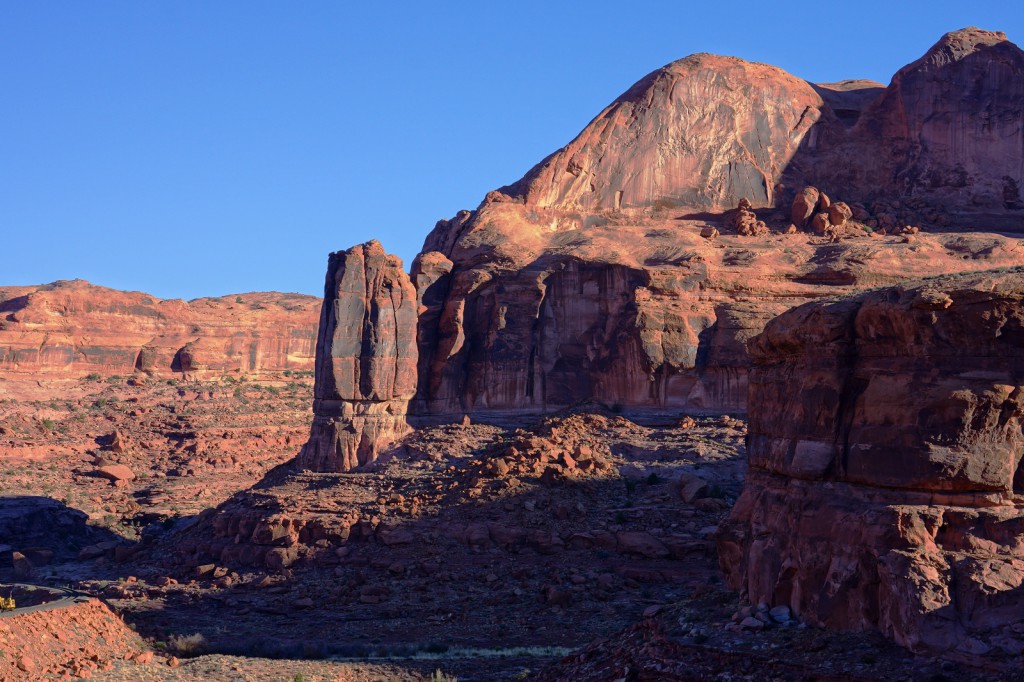 My daughter stopped many times to take some pictures: 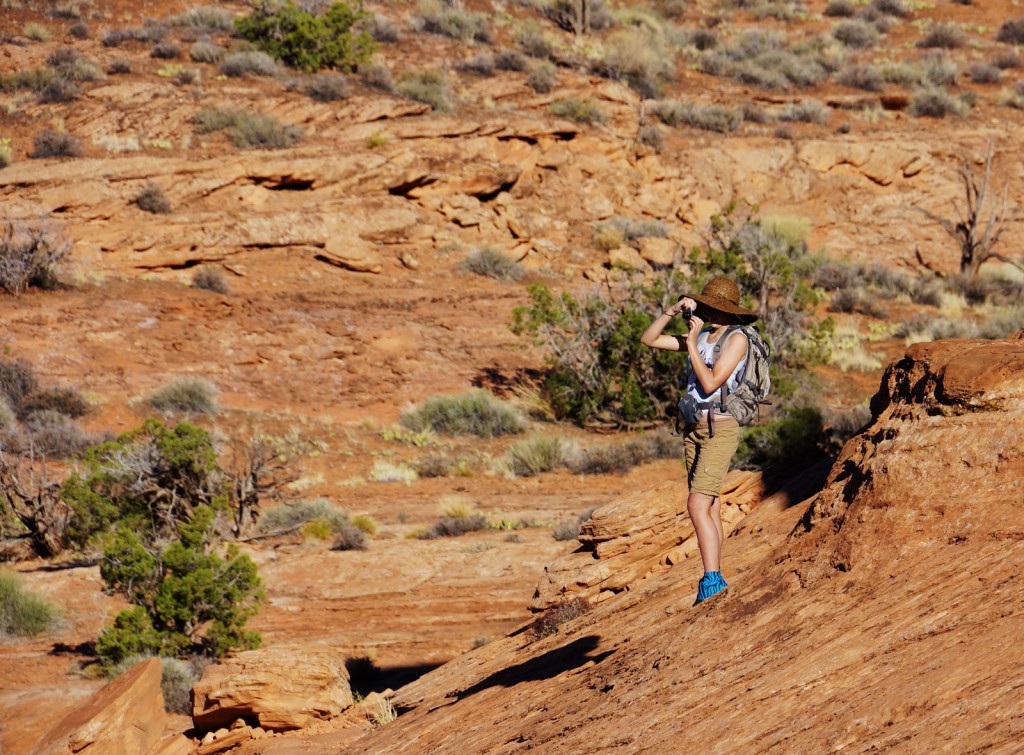 At one point along the route out to Corona Arch, we had to ascend a small ladder.  The stunted tree made for a convenient landmark for finding our way back down! 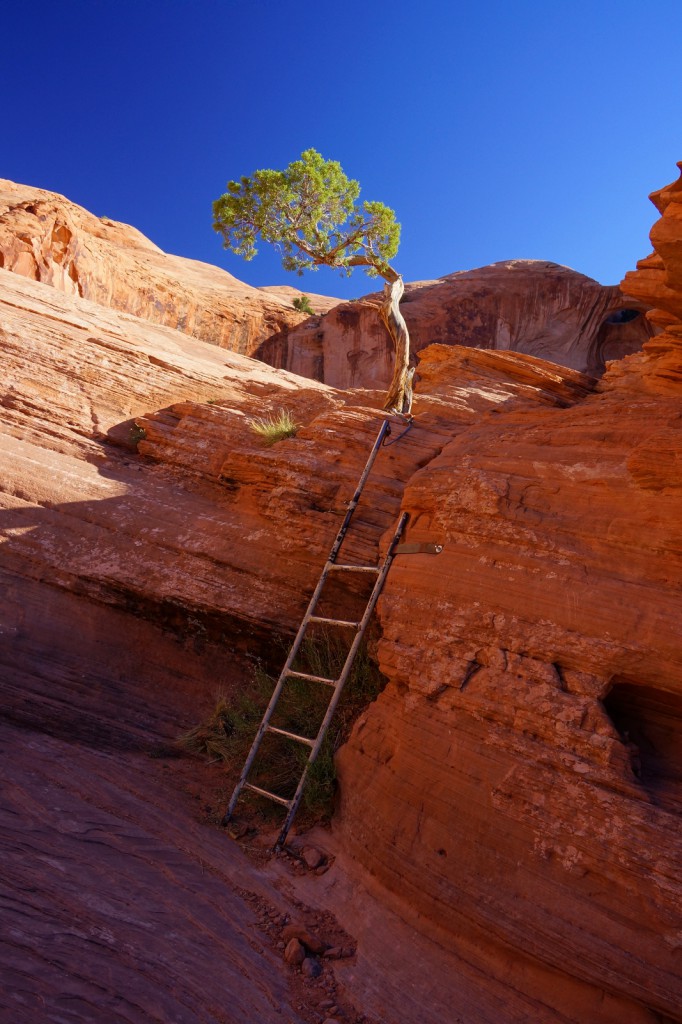 My wife, too, took many photos along the way: 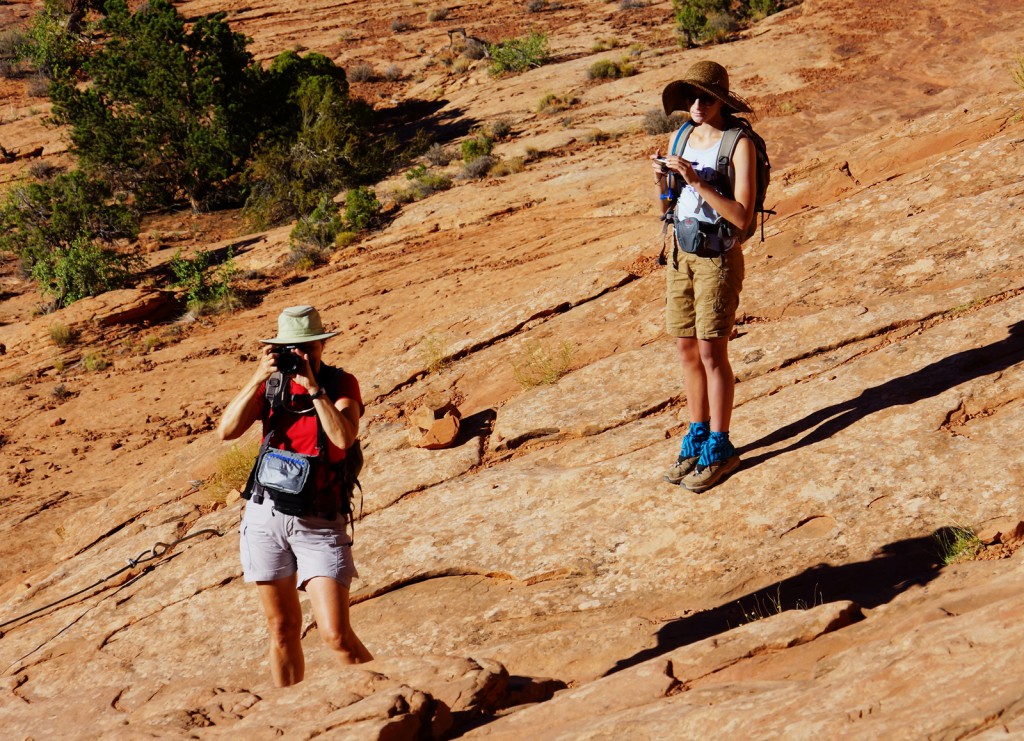 One of our first views of Corona Arch! 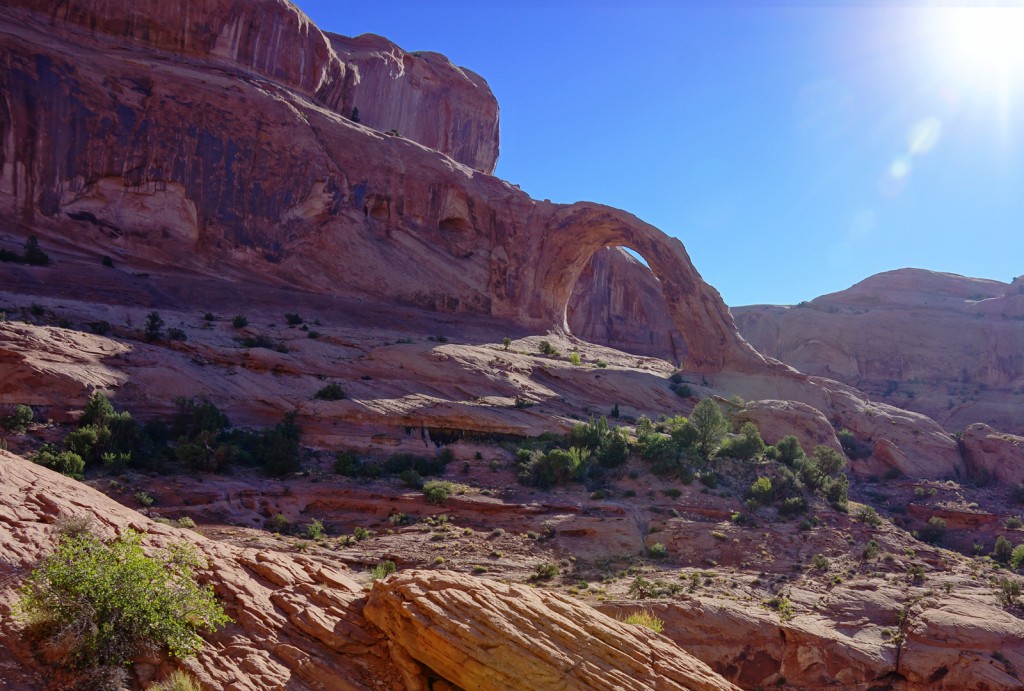 Bowtie Arch can be seen shortly before arriving at Corona Arch.  I actually took this photo much later in the day.  My wife and I did the hike twice that day, once in the morning and once in the late afternoon. 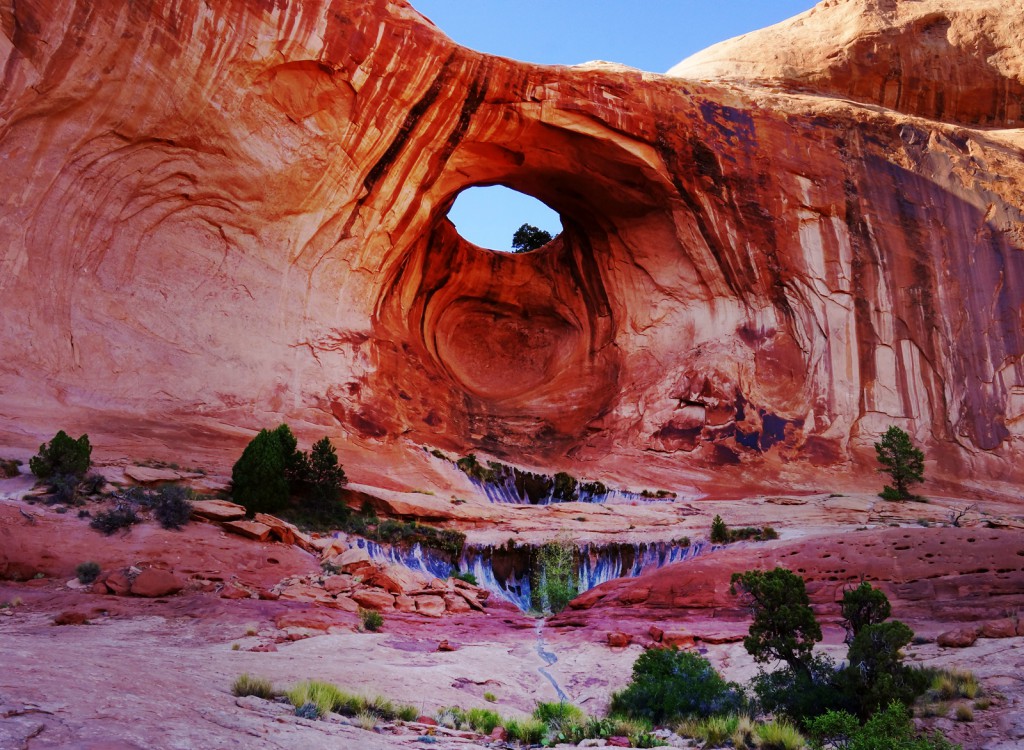 After arriving at and then walking through Corona Arch, I noticed two large holes in the rock wall adjacent to the arch.  The early morning sun cast a shadow off of some other feature creating a “nose” for the two “eyes” in the wall. 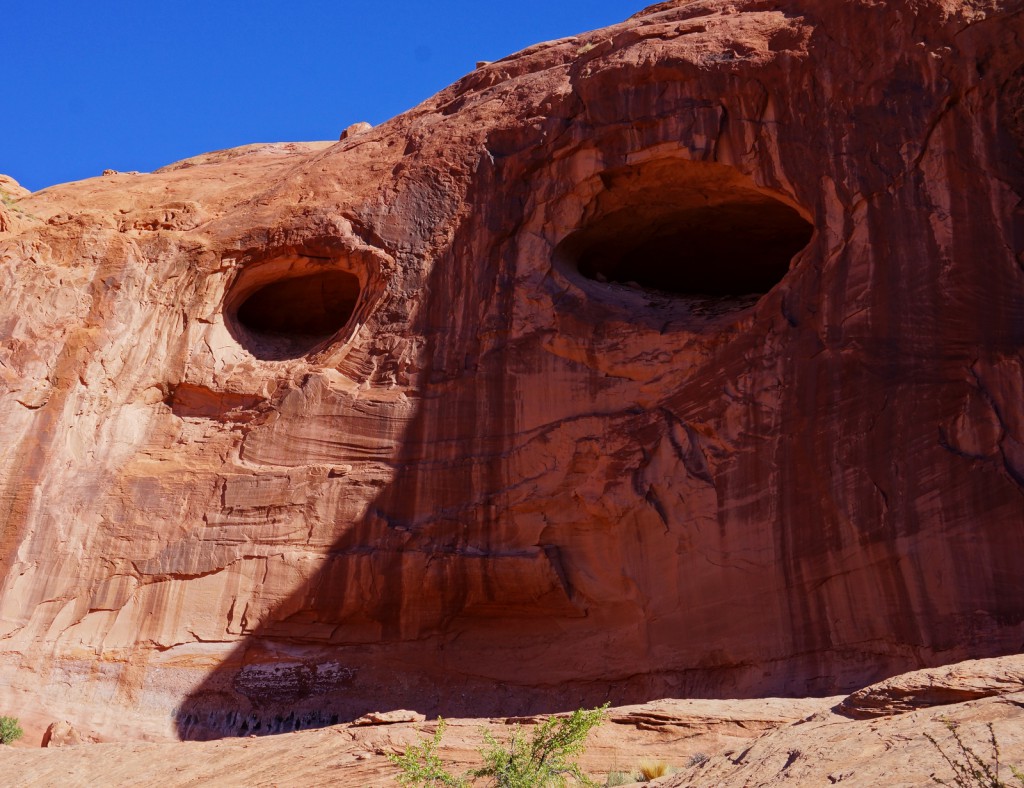 Here is my daughter standing below Corona Arch.  Apparently, it is large enough to fly a small airplane through the arch.  I saw a framed photo of just such an event at one of Moab’s eating establishments. 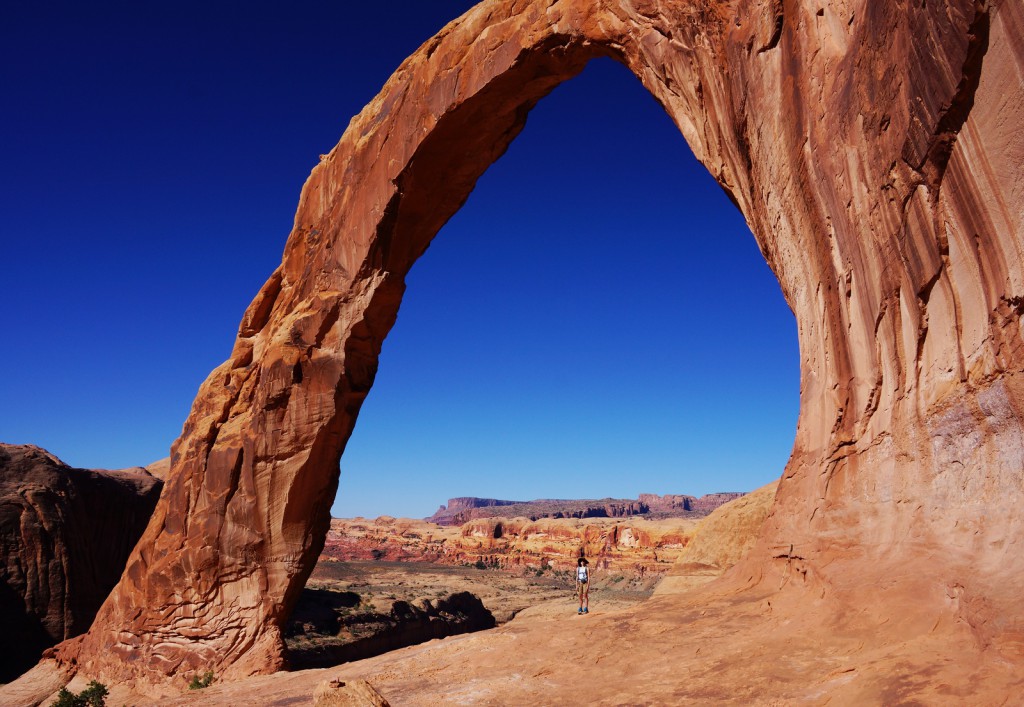 On the way back, I took this photo of one of the cairns that had been carefully built in the shape of an arch: 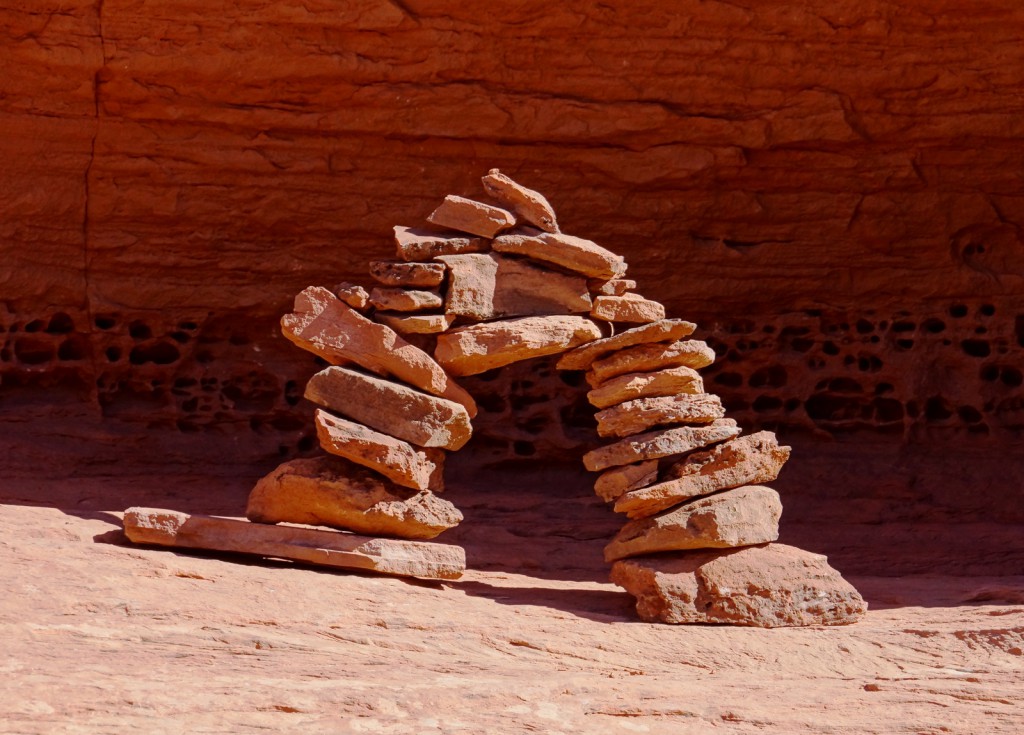 The trail out to Corona Arch passes over a railway track used for transporting potash.  Below is a photo of one of the passes through which the trains travel. 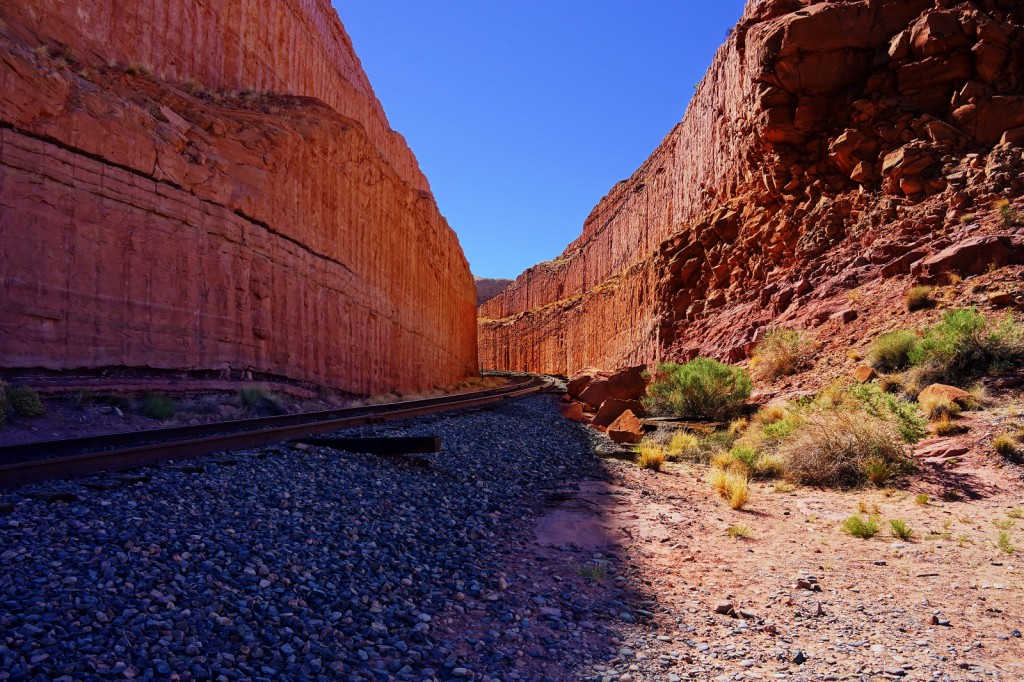 After our hike, we drove a few more miles down the road and took a look at Jug Handle Arch: 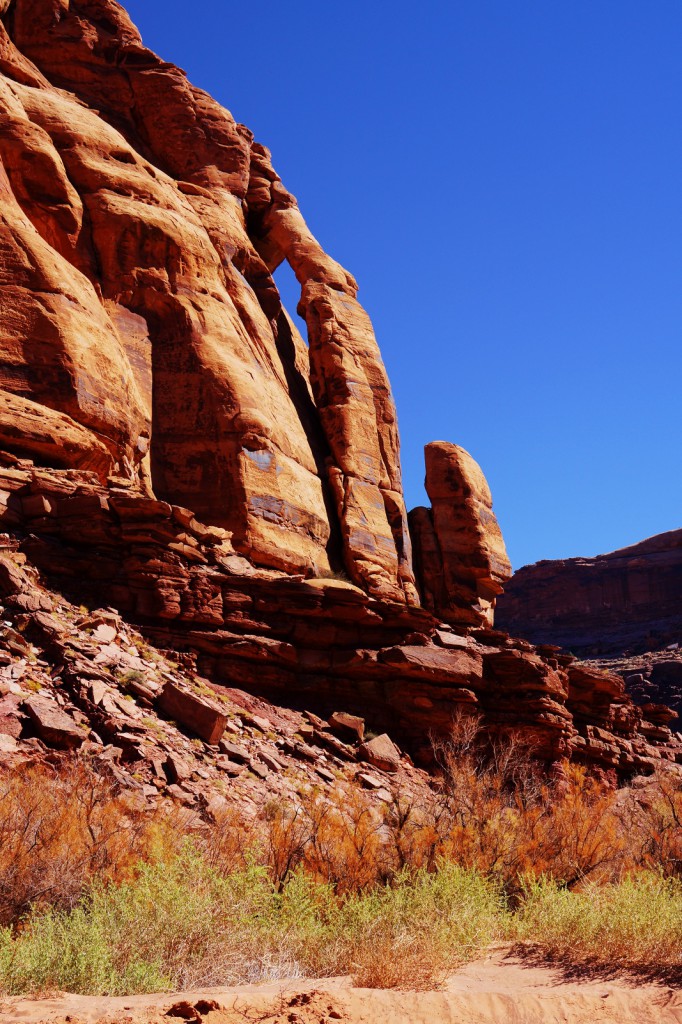