The Christmas / Holiday lights are up now on the Avenue of the Fountains. 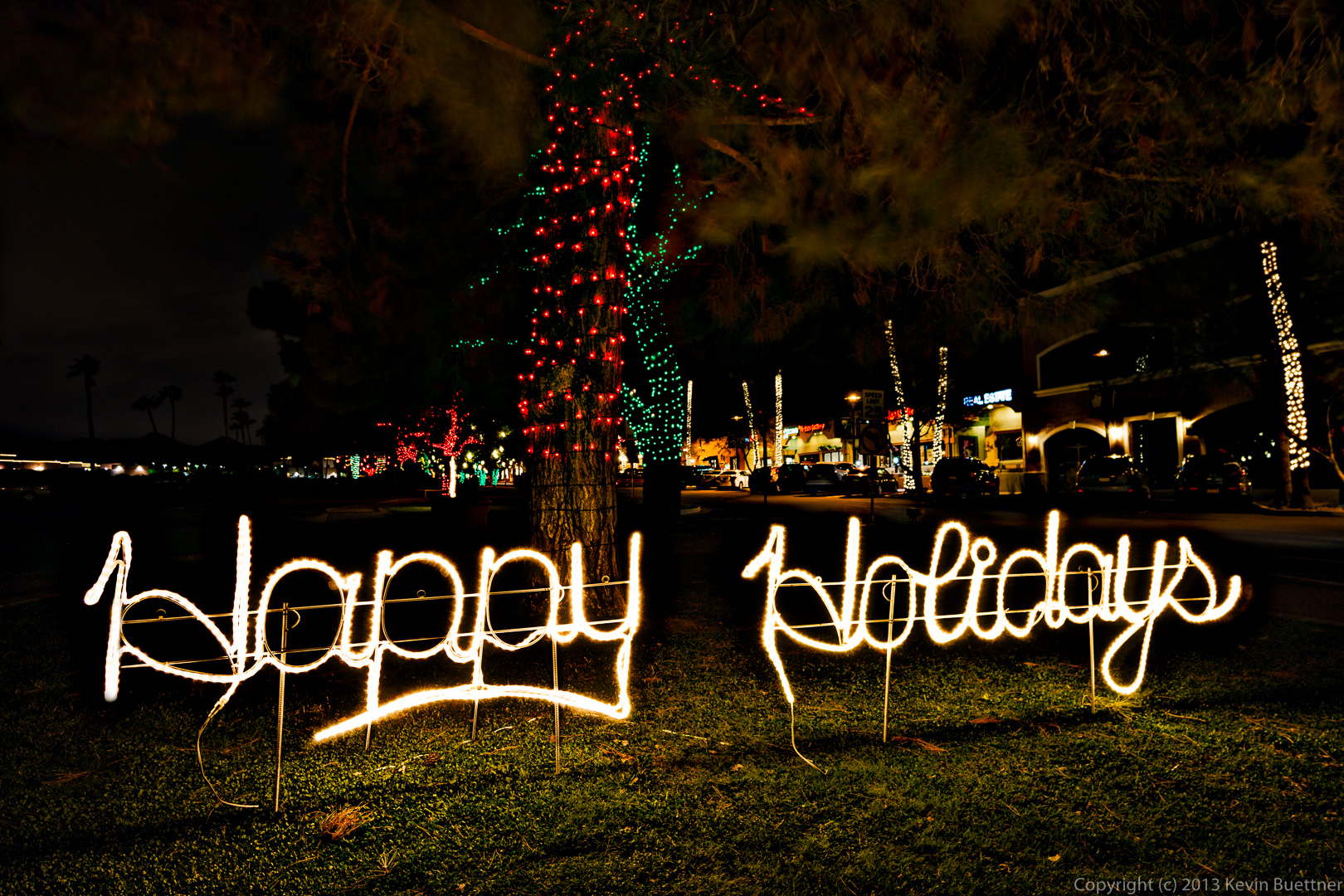 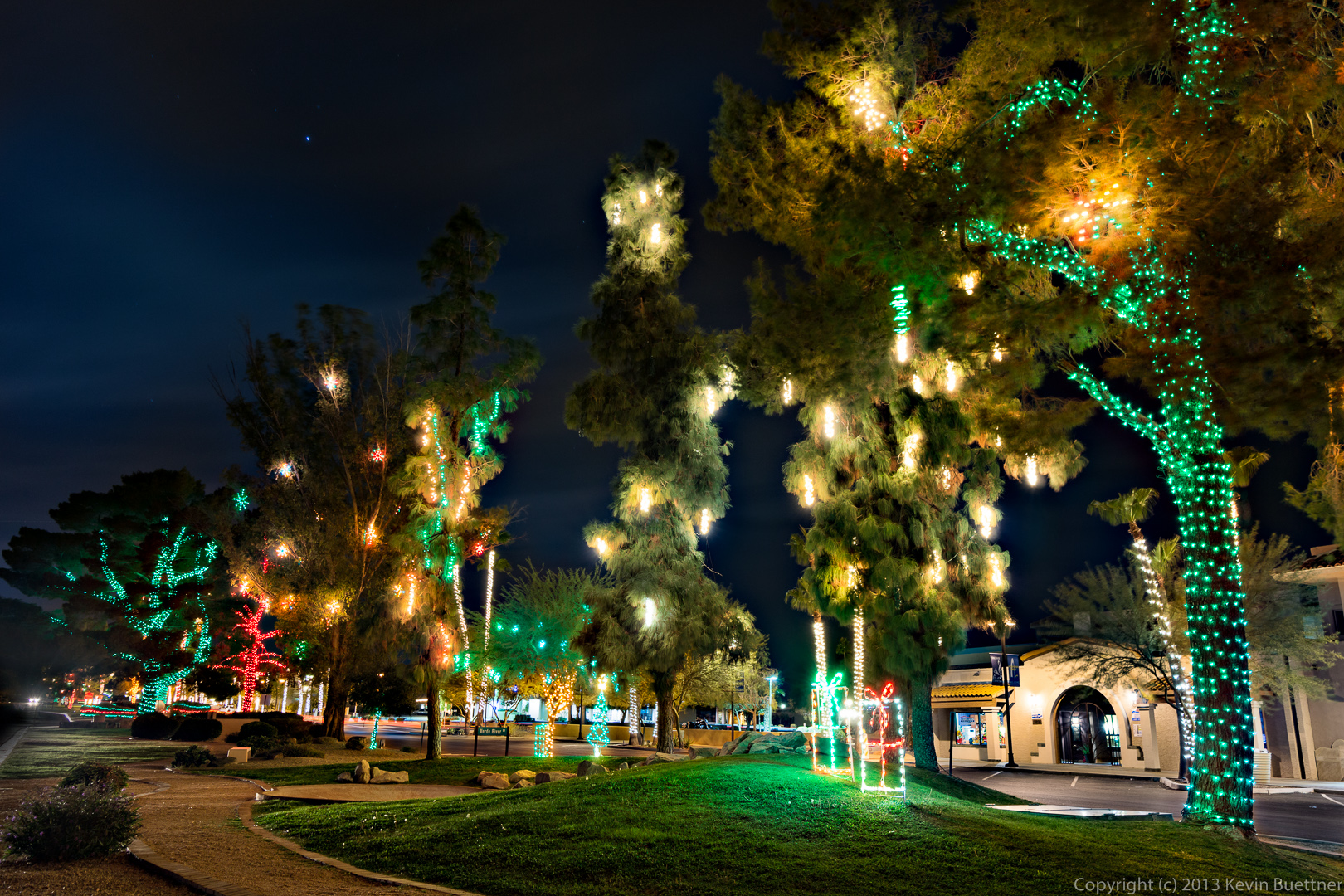 I’m holding up an 18% gray card so that I’d have something of a clue about how to set the color temperature while developing the images.  This is a quick edit in Lightroom.  Note that although the white balance is correct for me and perhaps some of the immediate foreground, it’s definitely not correct for the storefronts.  This is a problem with such scenes; there are a bunch of different light sources with different color temperatures.

I used the this color temperature found in this photo as starting point for several others.  I wasn’t happy with it, however, for some of the later ones that I developed.  (The order that I present them here are the order in which they were shot, not developed.)  For some of the images, I processed some of the layers twice with a different color temperature (and tint). I combined them after the fact to try to get the white balance correct (or at least not wildly incorrect) for various parts of the scene.  The photo above is a good example; I used one color temperature for the store front and another for most of the rest of the scene. 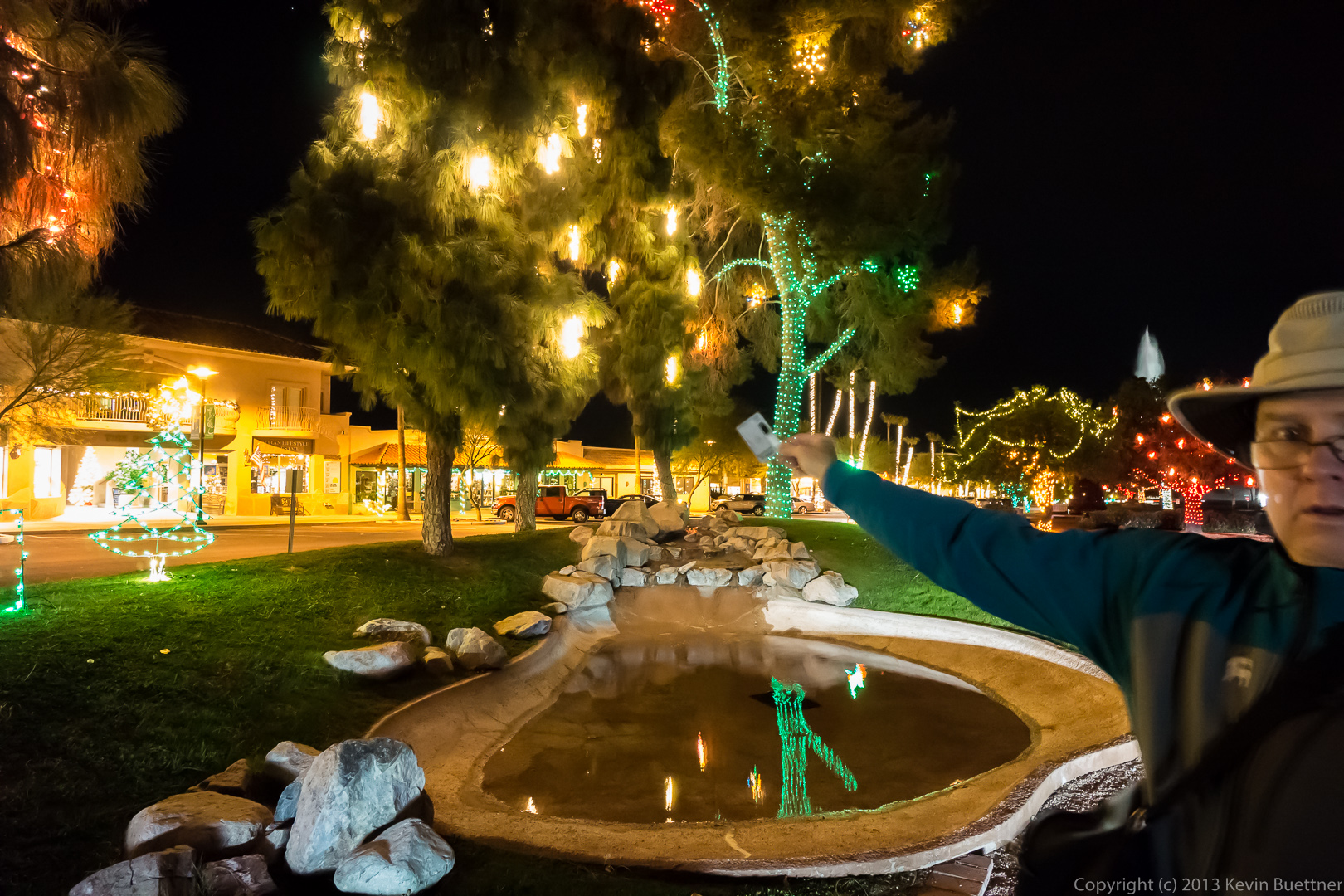 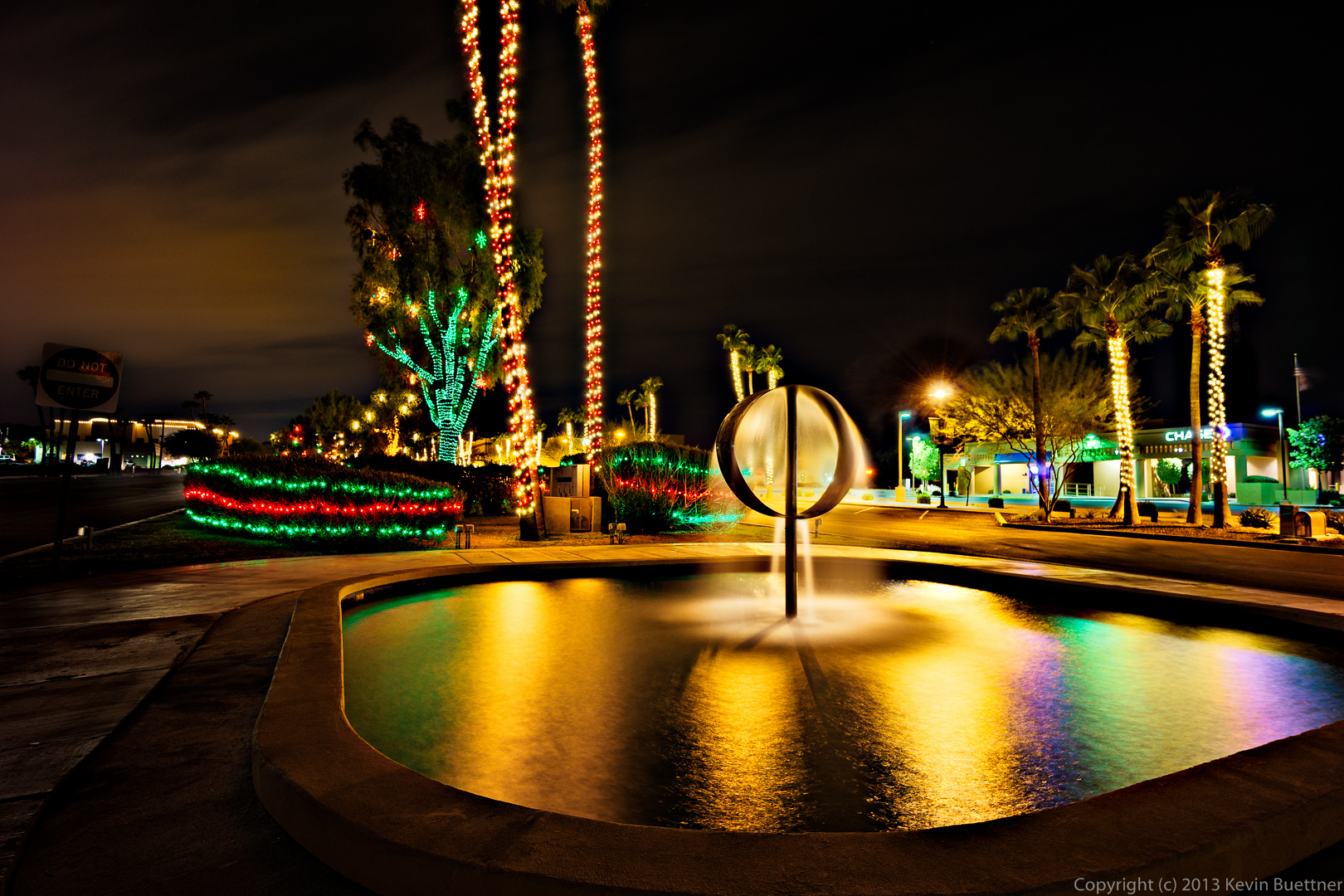 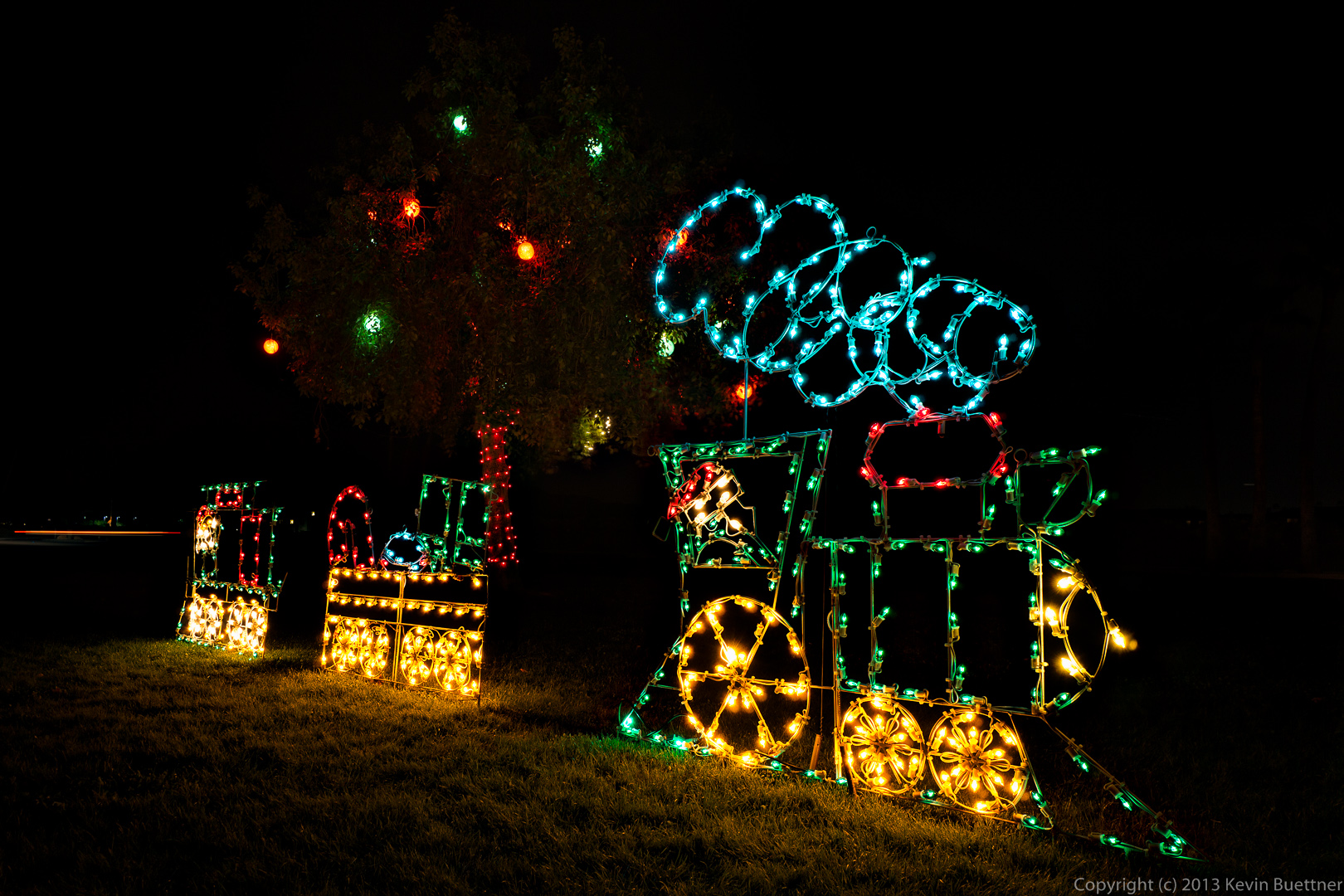 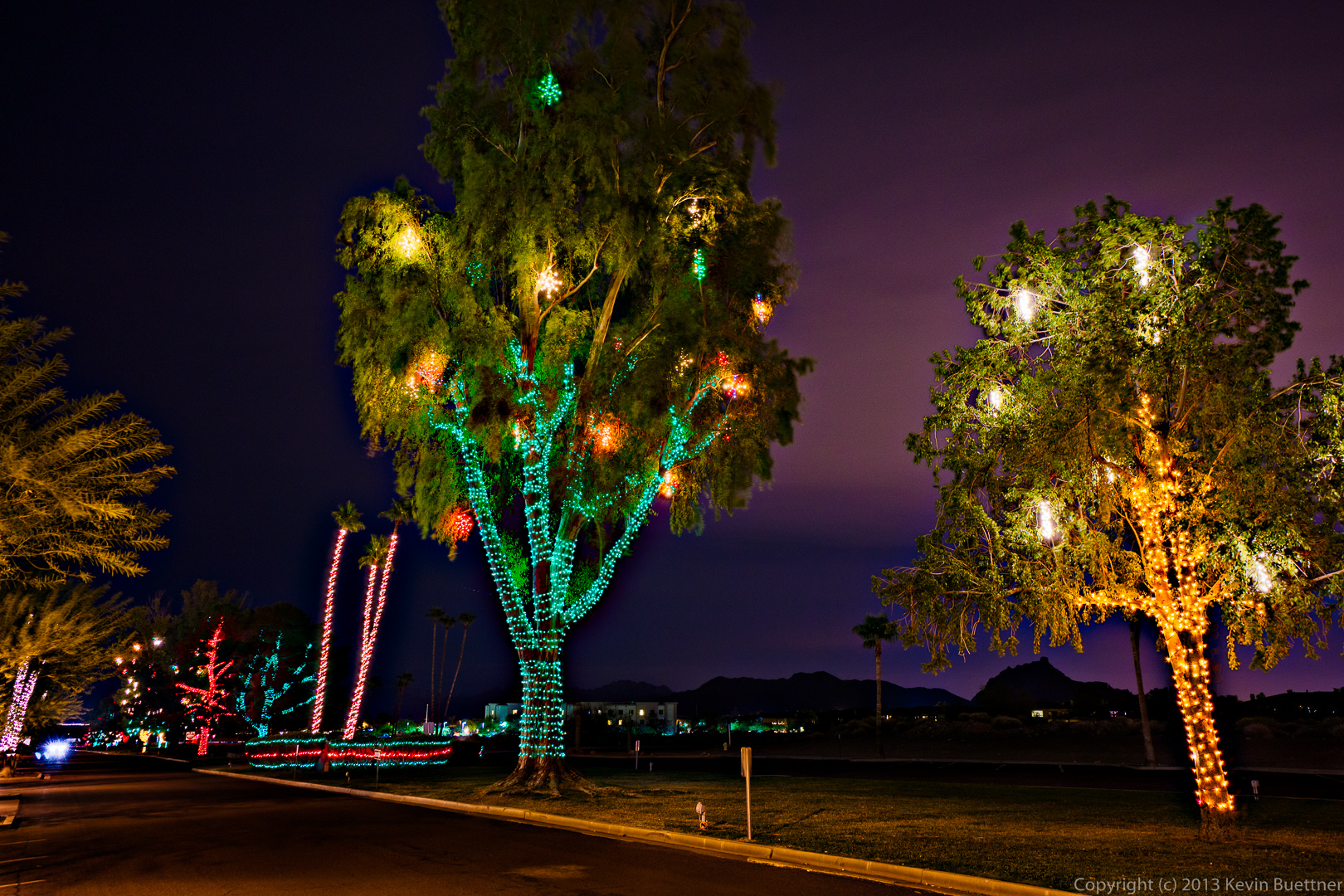 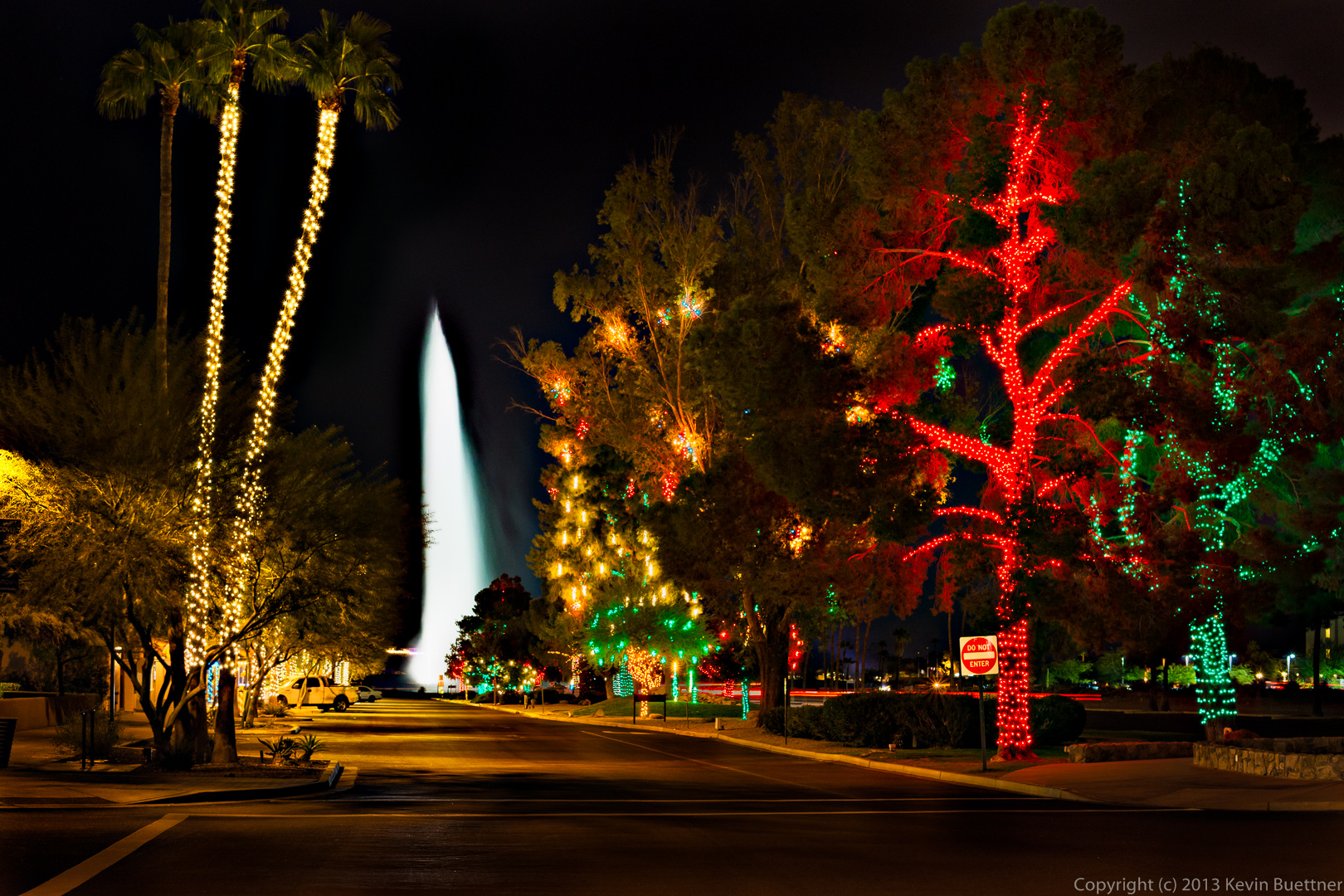 Joe and Marie on Christmas Morning 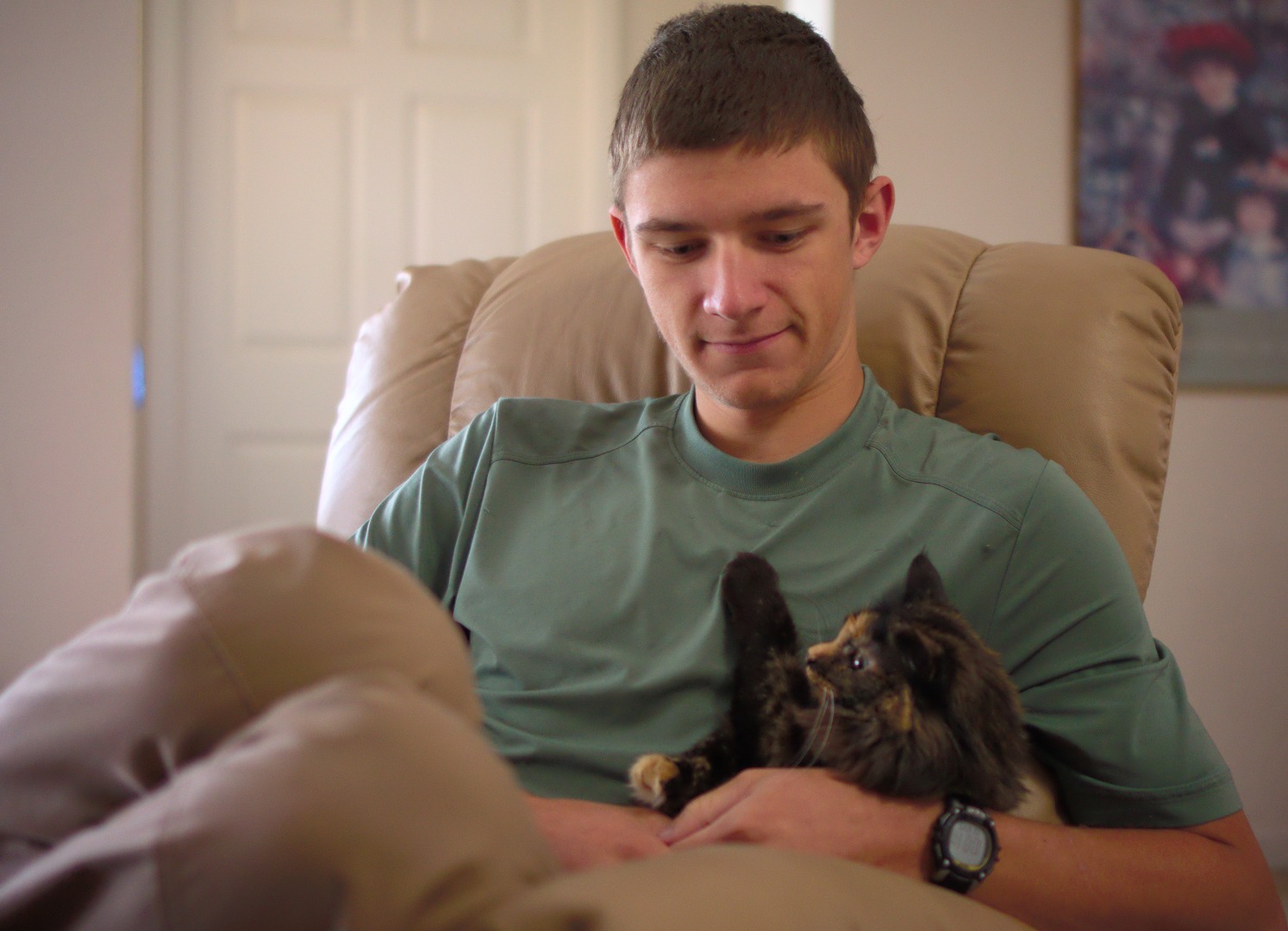 Marie looks at one of her Christmas gifts: 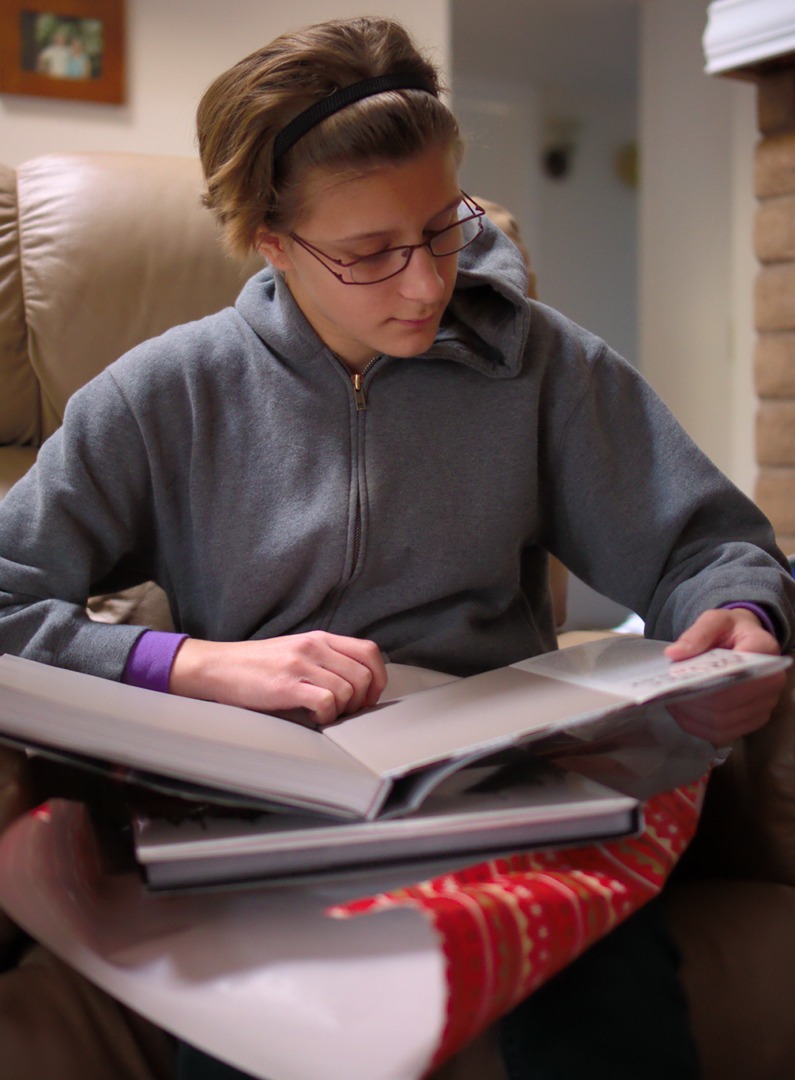 Avenue of the Fountains – Christmas Lights 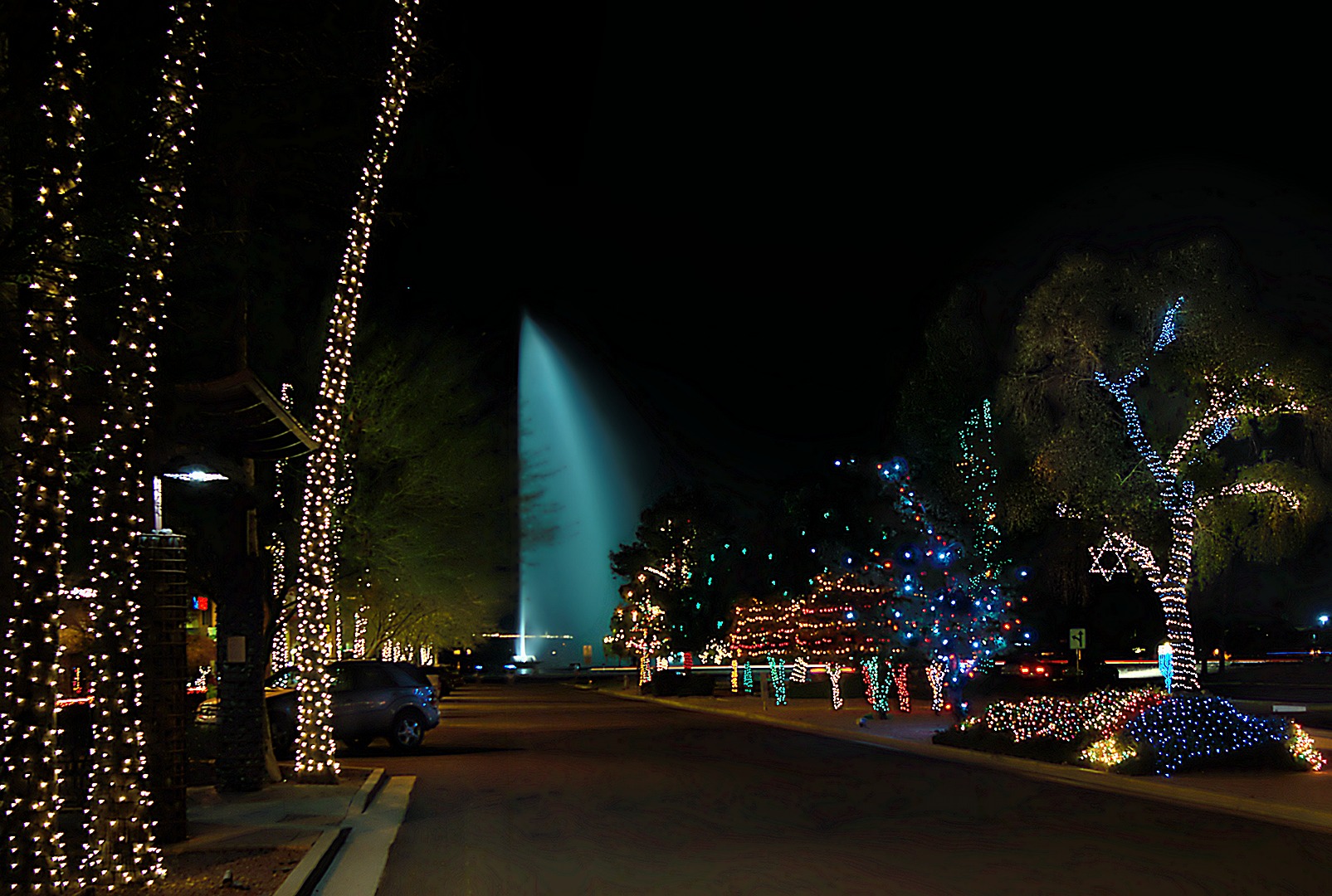 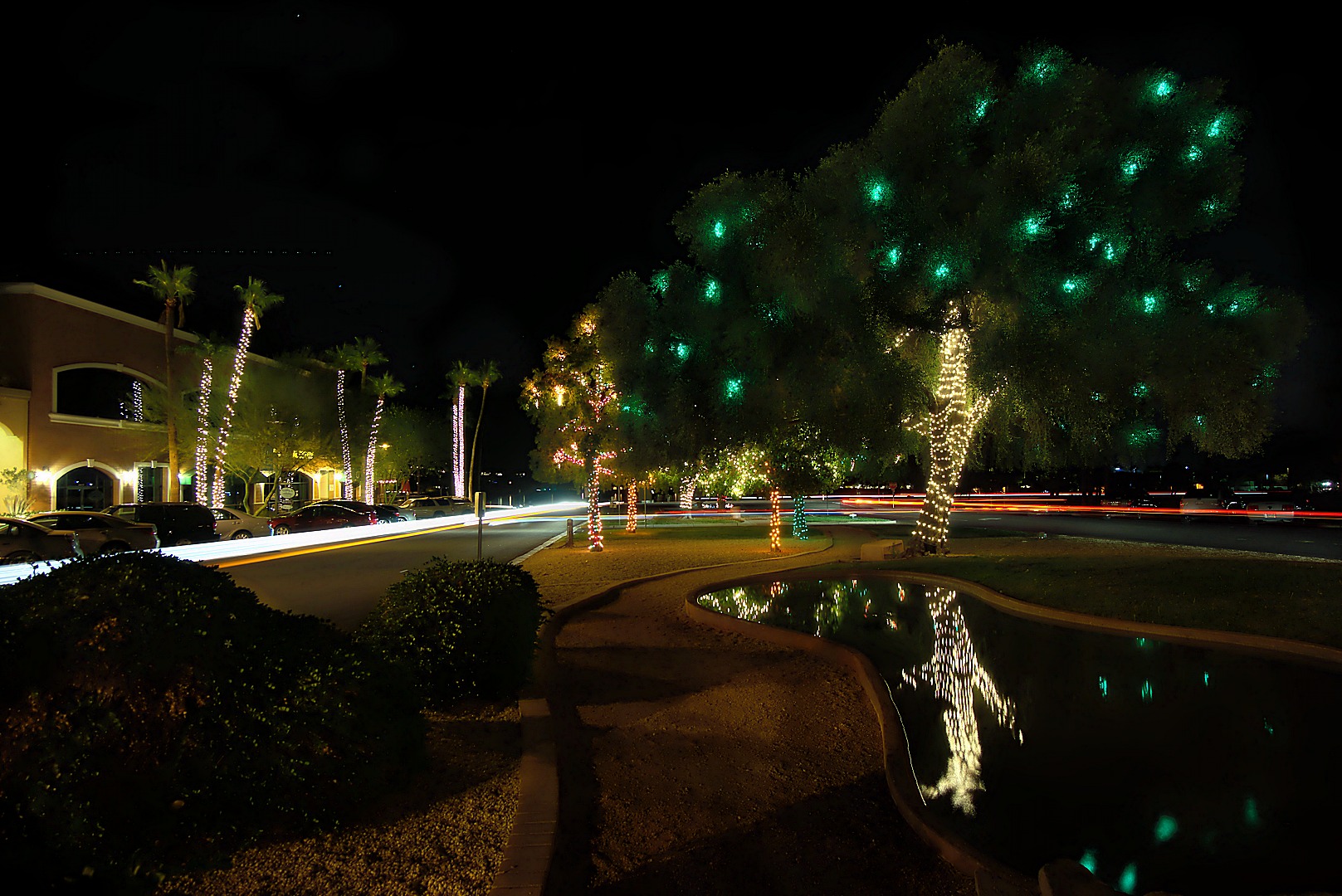 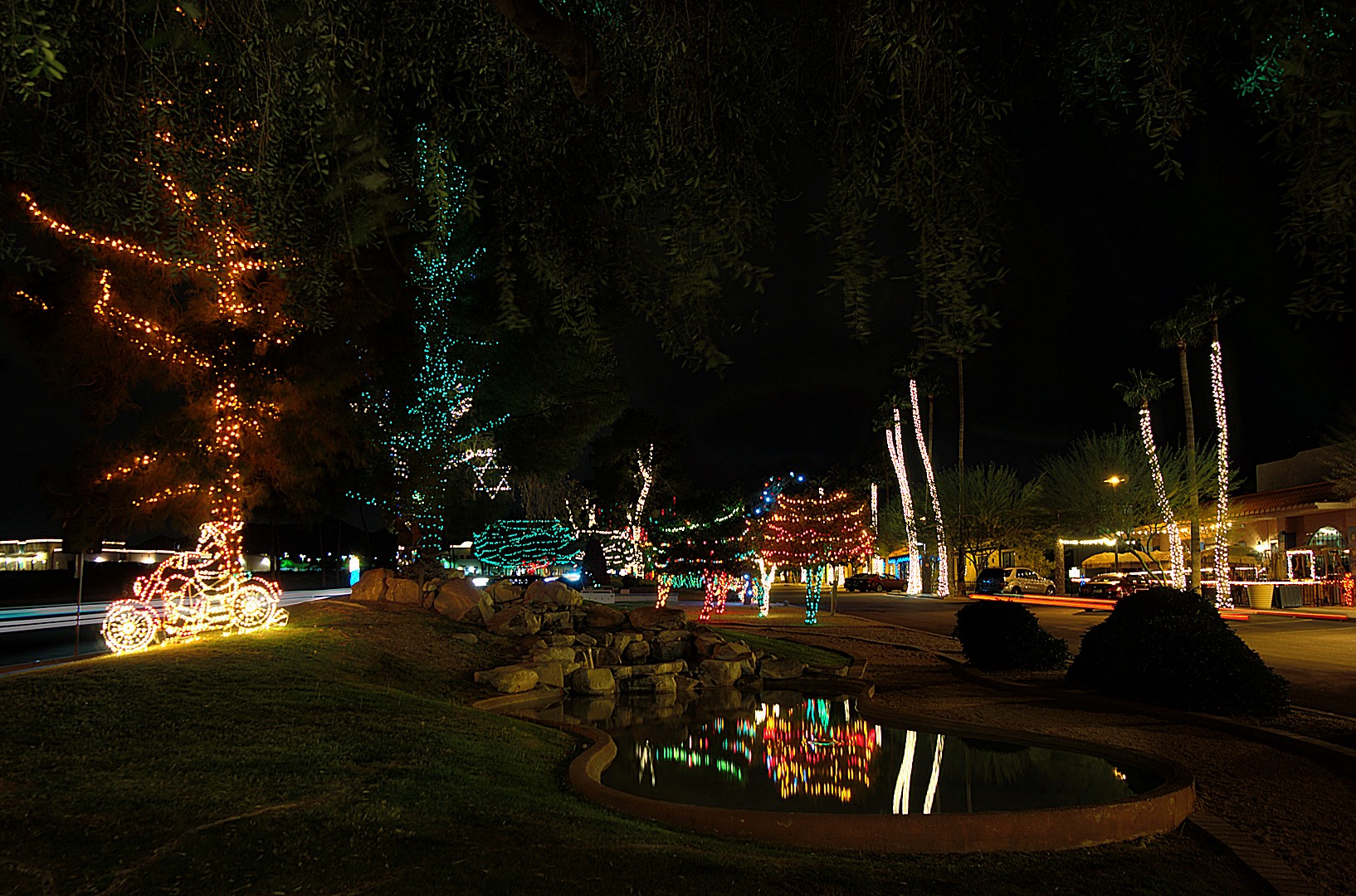 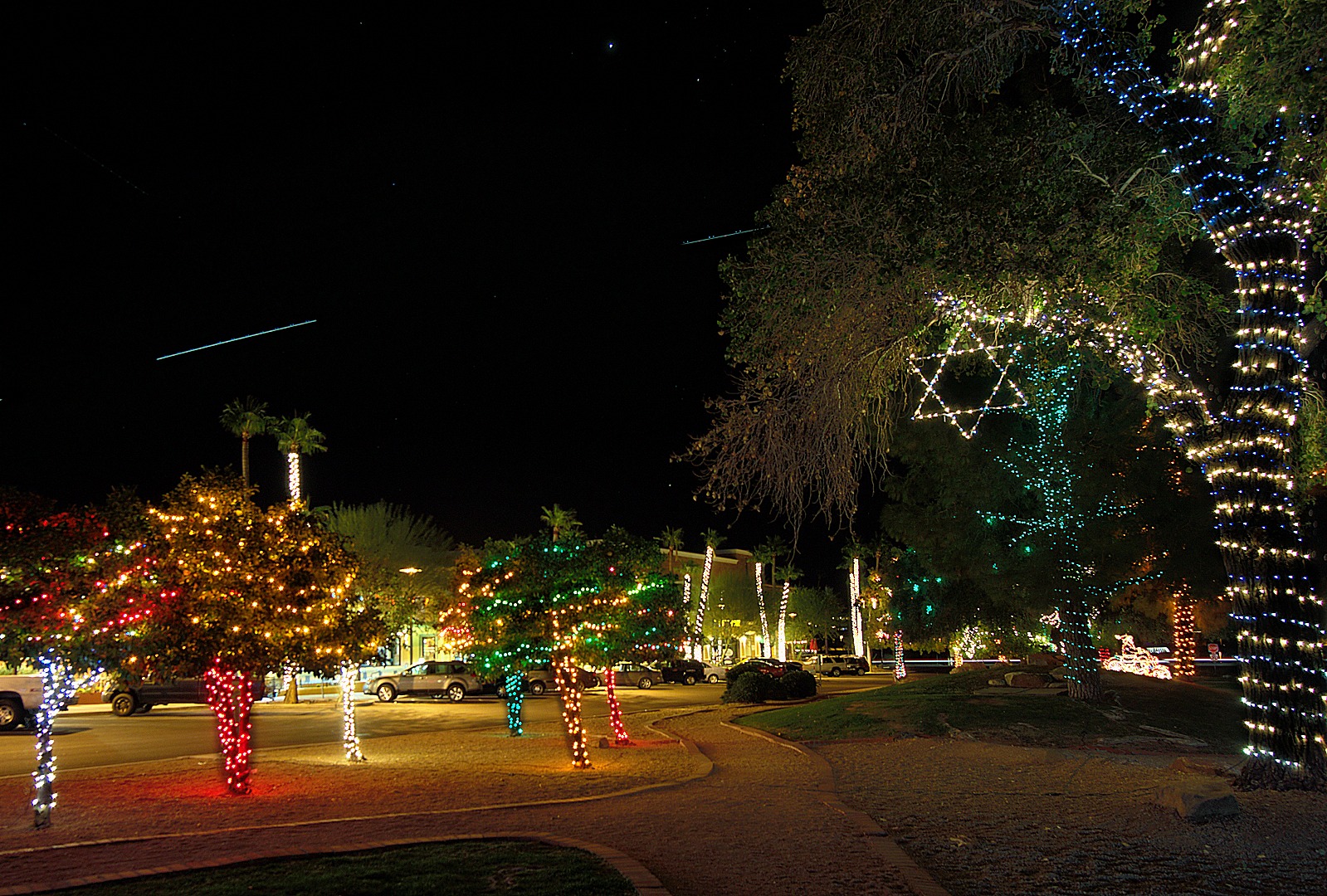 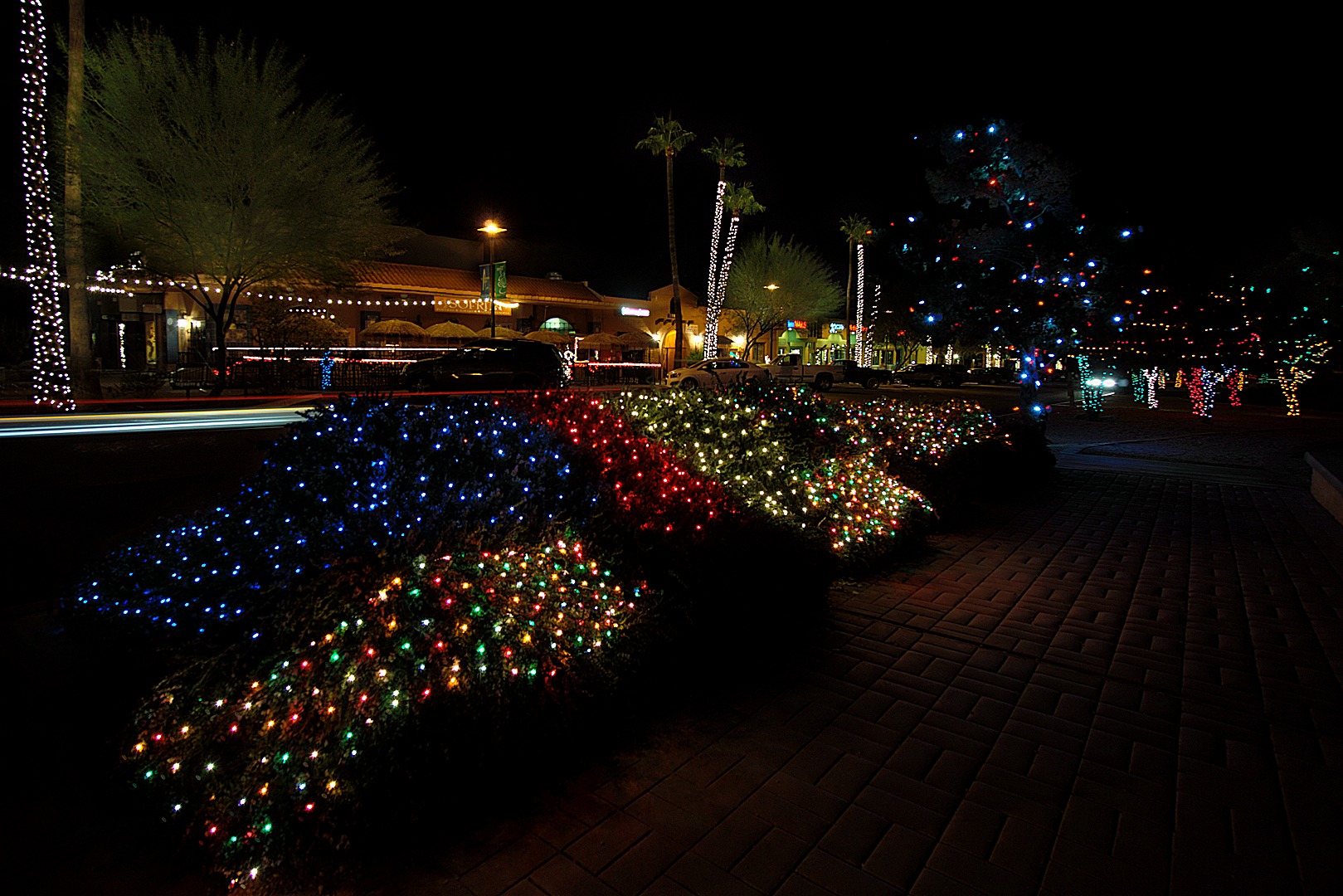