Bob and I hiked up to the East End in the McDowells by way of Hog Heaven. We hiked past Gardener’s Wall on the way back. Total distance was only five miles with 1,971 feet of total ascent.

While we were at the East End, we encountered a fellow named Joel. He hikes the Tom’s Thumb Trail several times a week with a reclining lawn chair strapped to his back. When he gets to the top, he chills for a while at the top. He then runs back down the trail, again with his chair strapped to his back. He said it takes him about 50 minutes to get to the top and 20 minutes to get back down. I saw him running back down the trail; he goes a lot more quickly than I do!

I got this shot shortly after arriving. The sky color was more interesting perhaps ten minutes before we arrived. 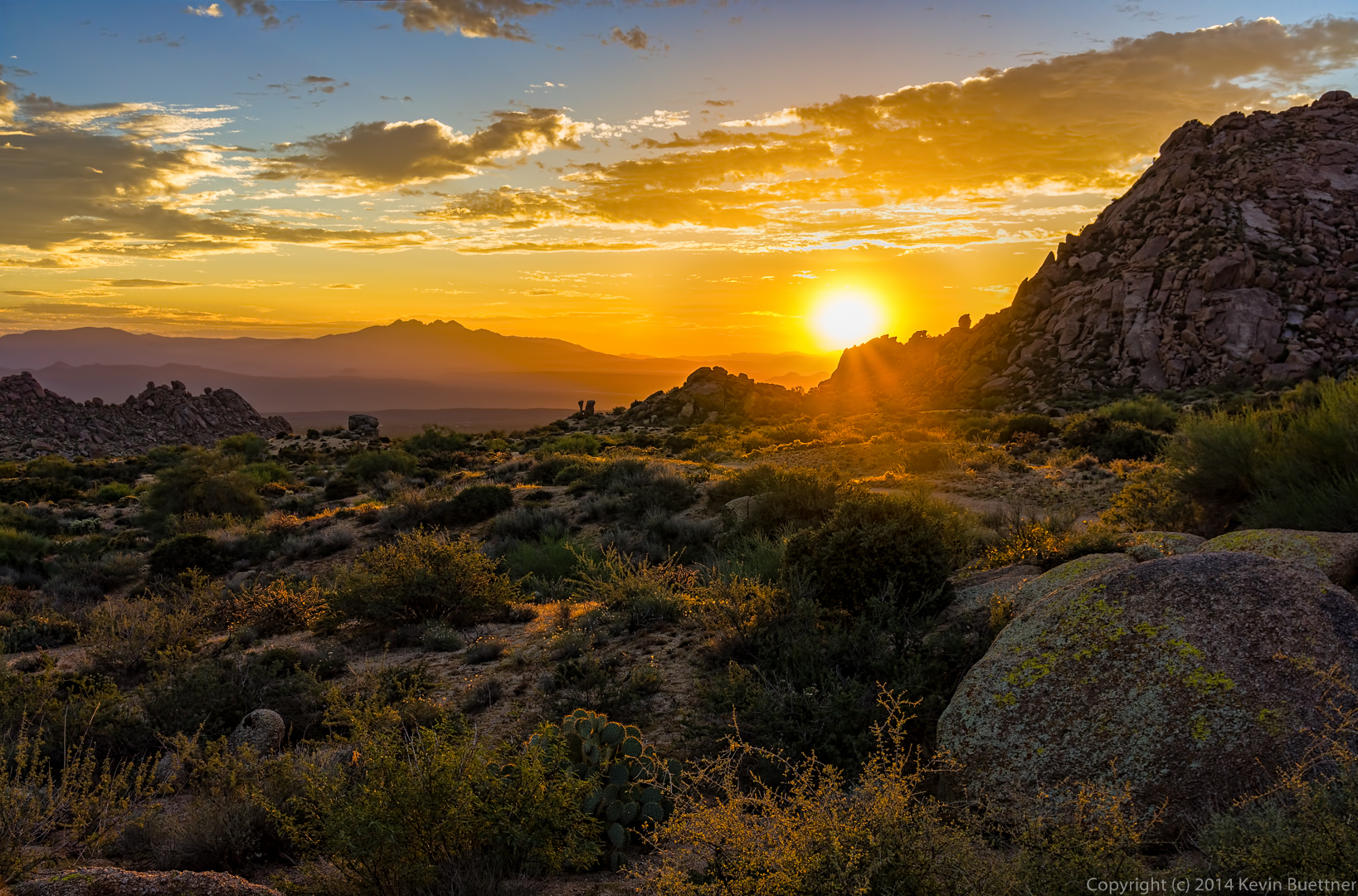 This is where Bob and I climbed several weeks ago. We climbed the prominent crack on that slab in addition to a face climb to the left. Both of these climbs are easy, but it was good practice for me (who hadn’t done a lead in a while) and for Bob (who had never belayed a lead climber before). 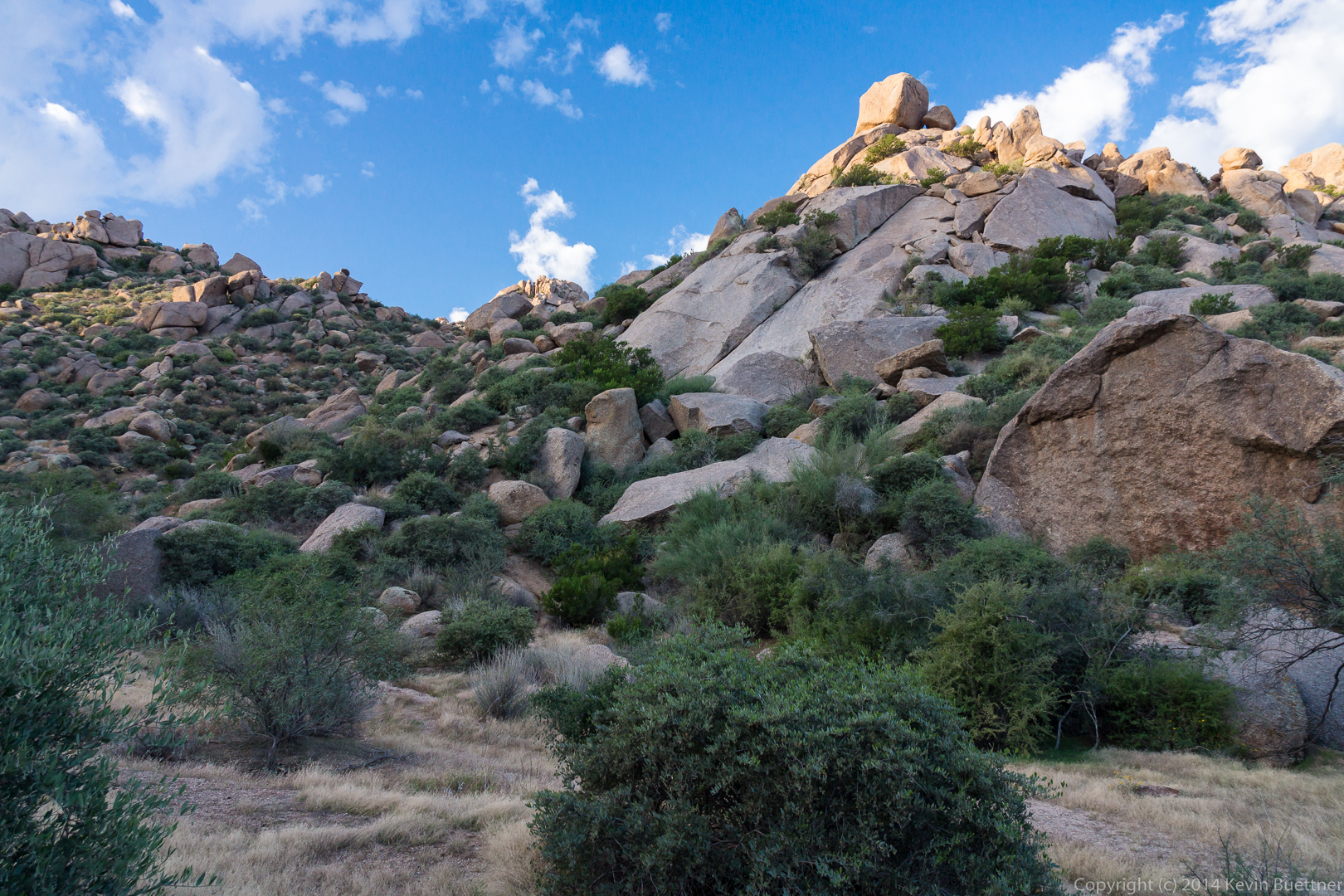 We had made it past the Sven Towers when I took this shot: 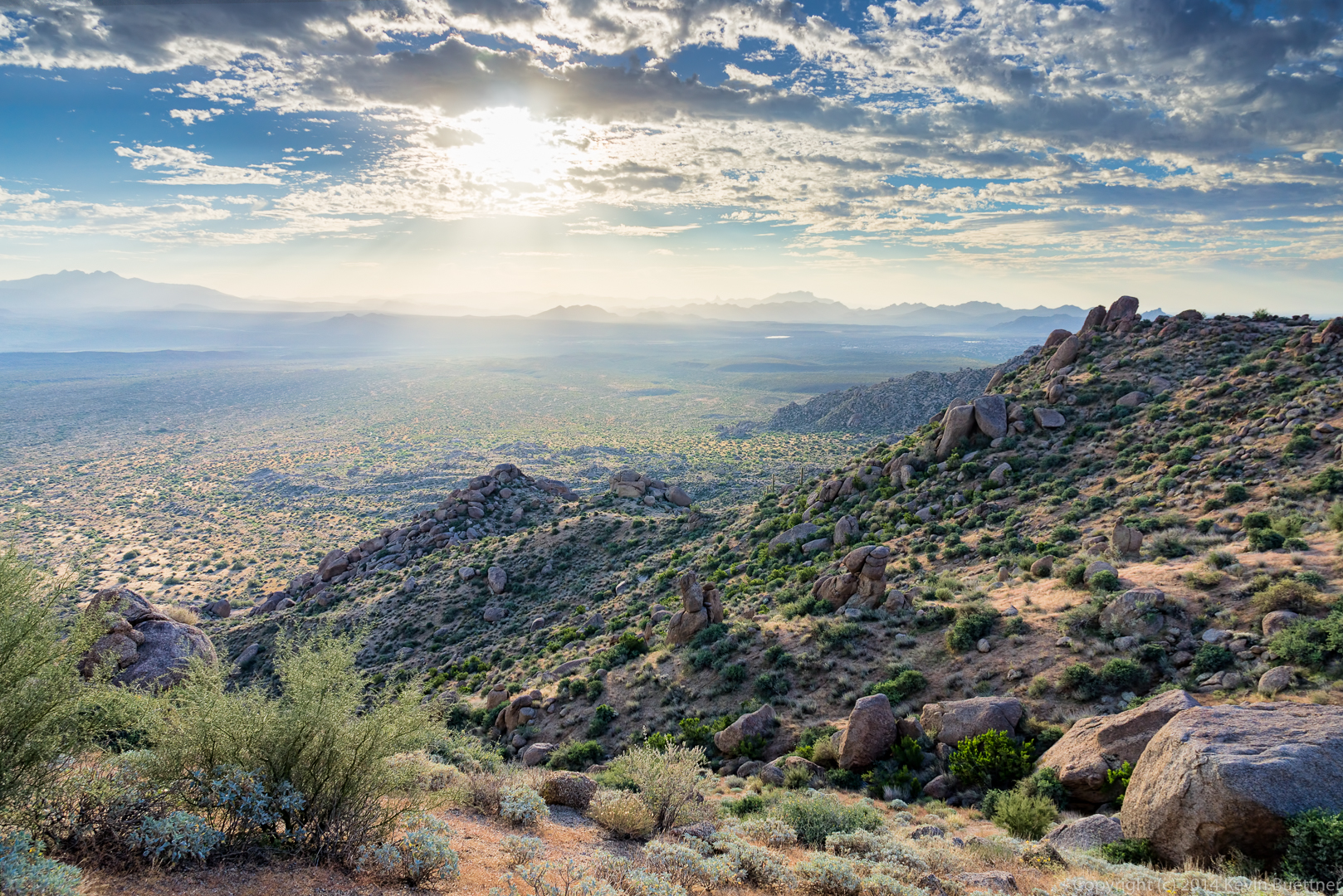 Hog Heaven is the collection of (very) large boulders down and to the left of the Thumbnail Pinnacle. The trail leads up to the base of Hog Heaven and then continues to the left and upwards. It eventually works its way back to the right, leading past the Thumbnail Pinnacle. From there, it continues up the ridge which leads to the East End, the highest point in the McDowells. 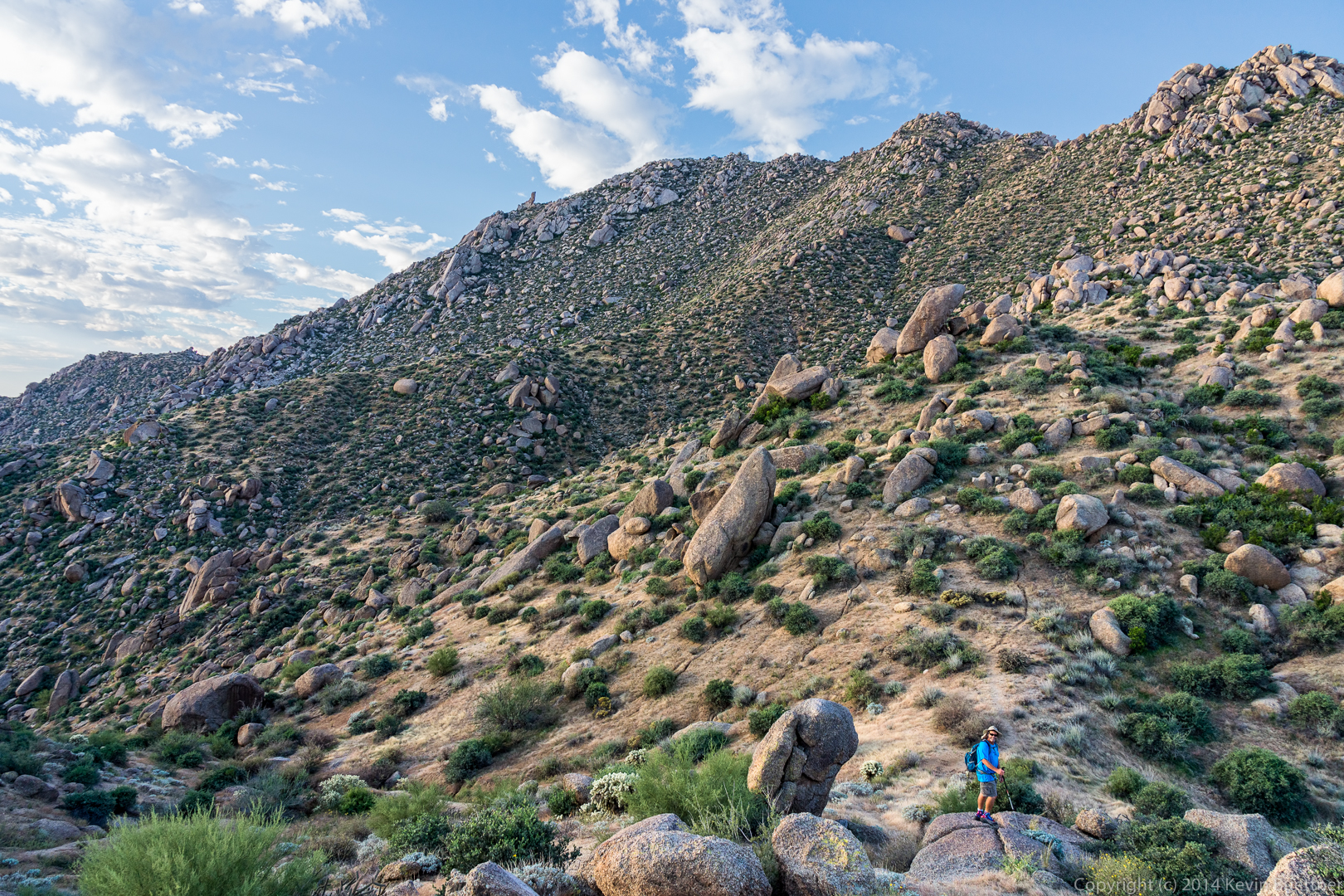 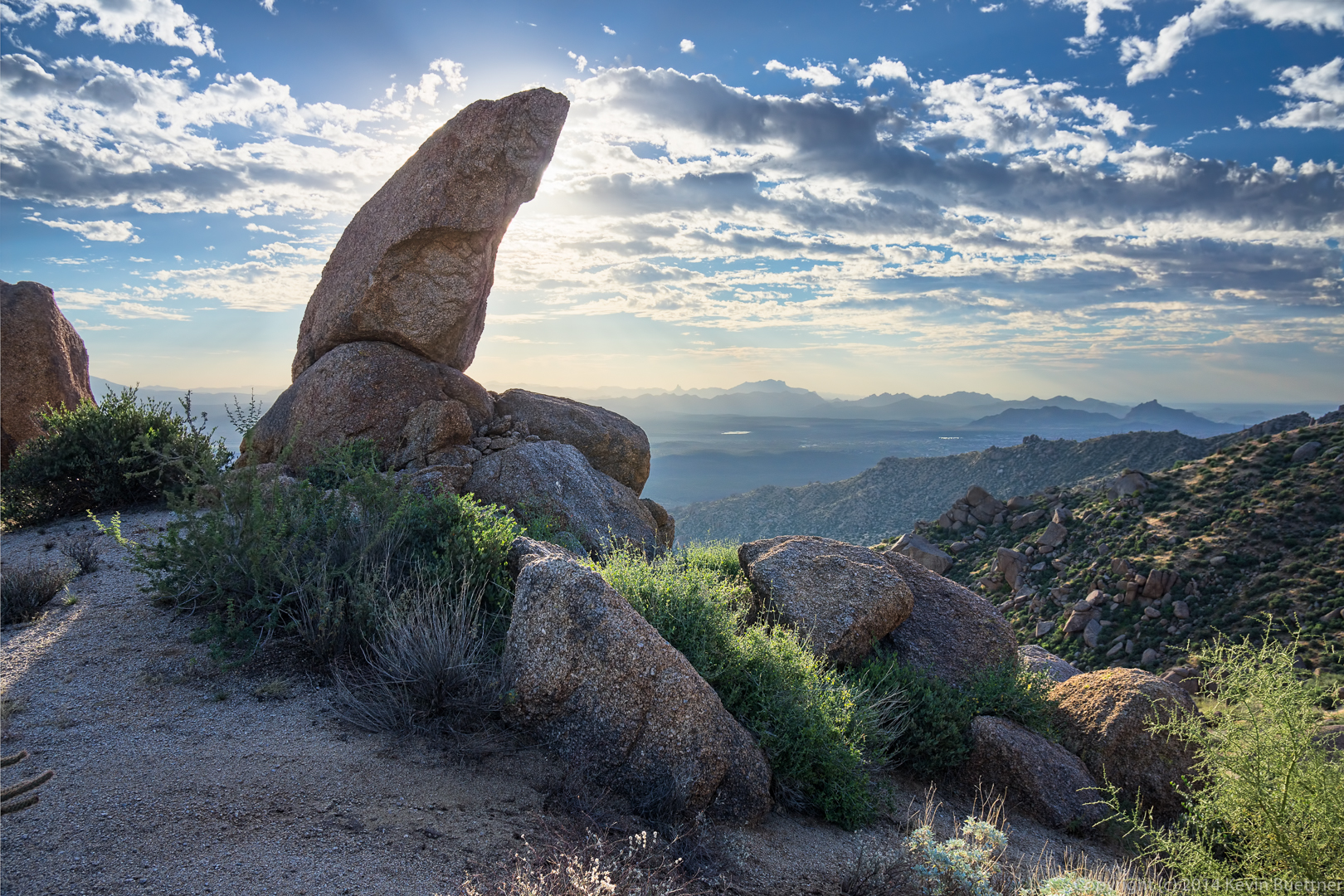 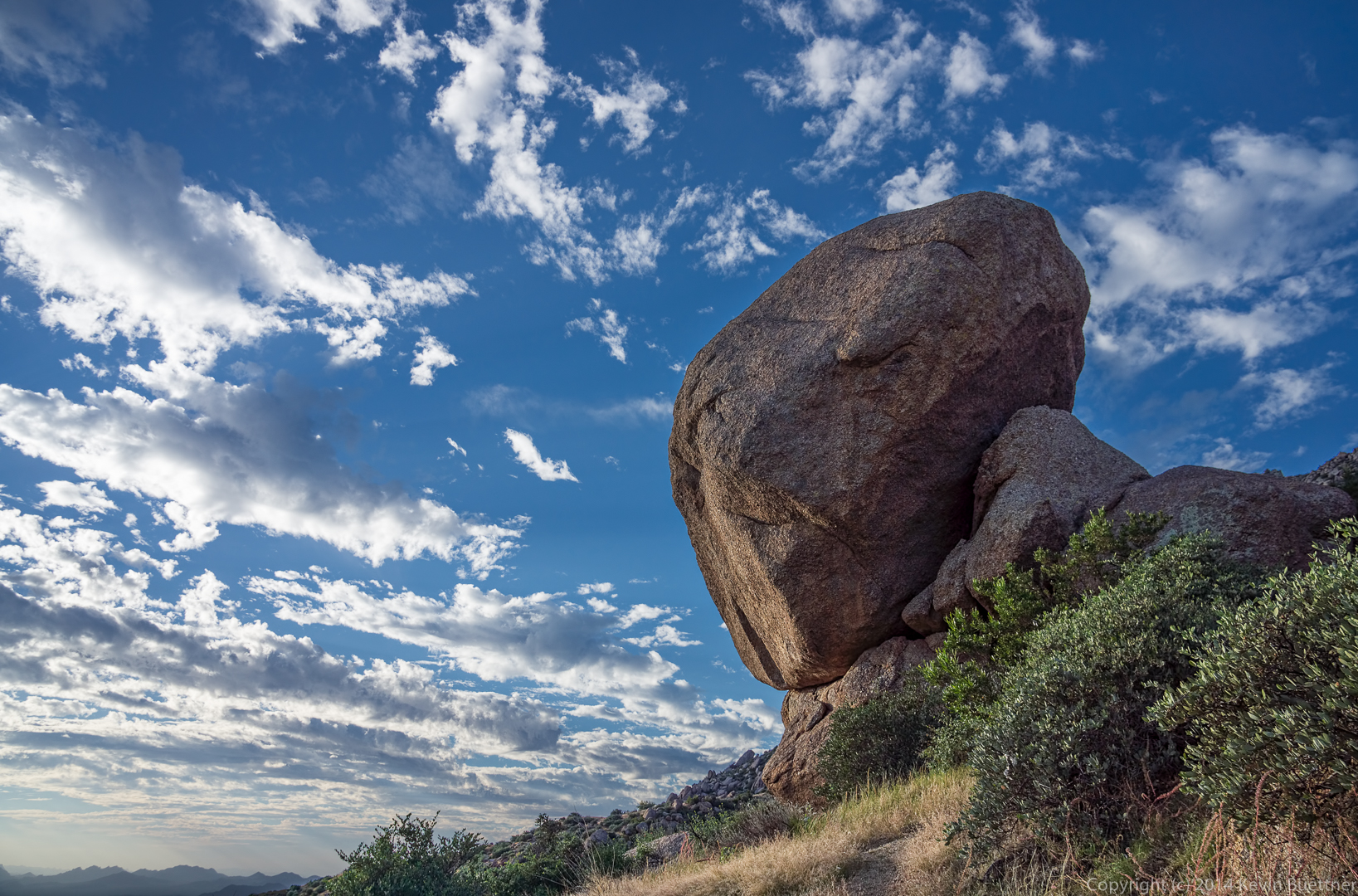 I got this shot from slightly below the Thumbnail Pinnacle. The Fountain is up! 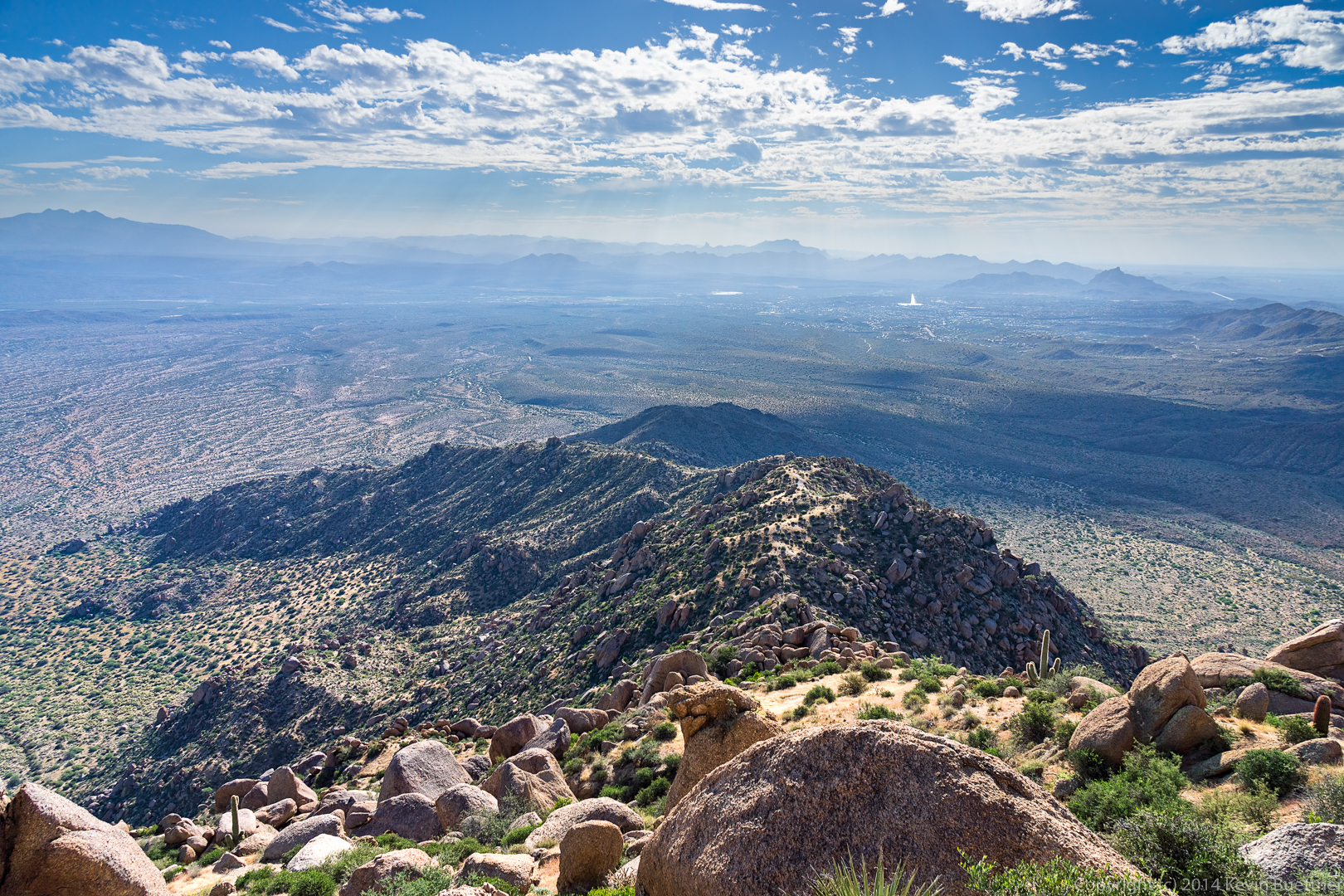 I found a vantage point that I hadn’t noticed before to get this shot of the Thumbnail Pinnacle: 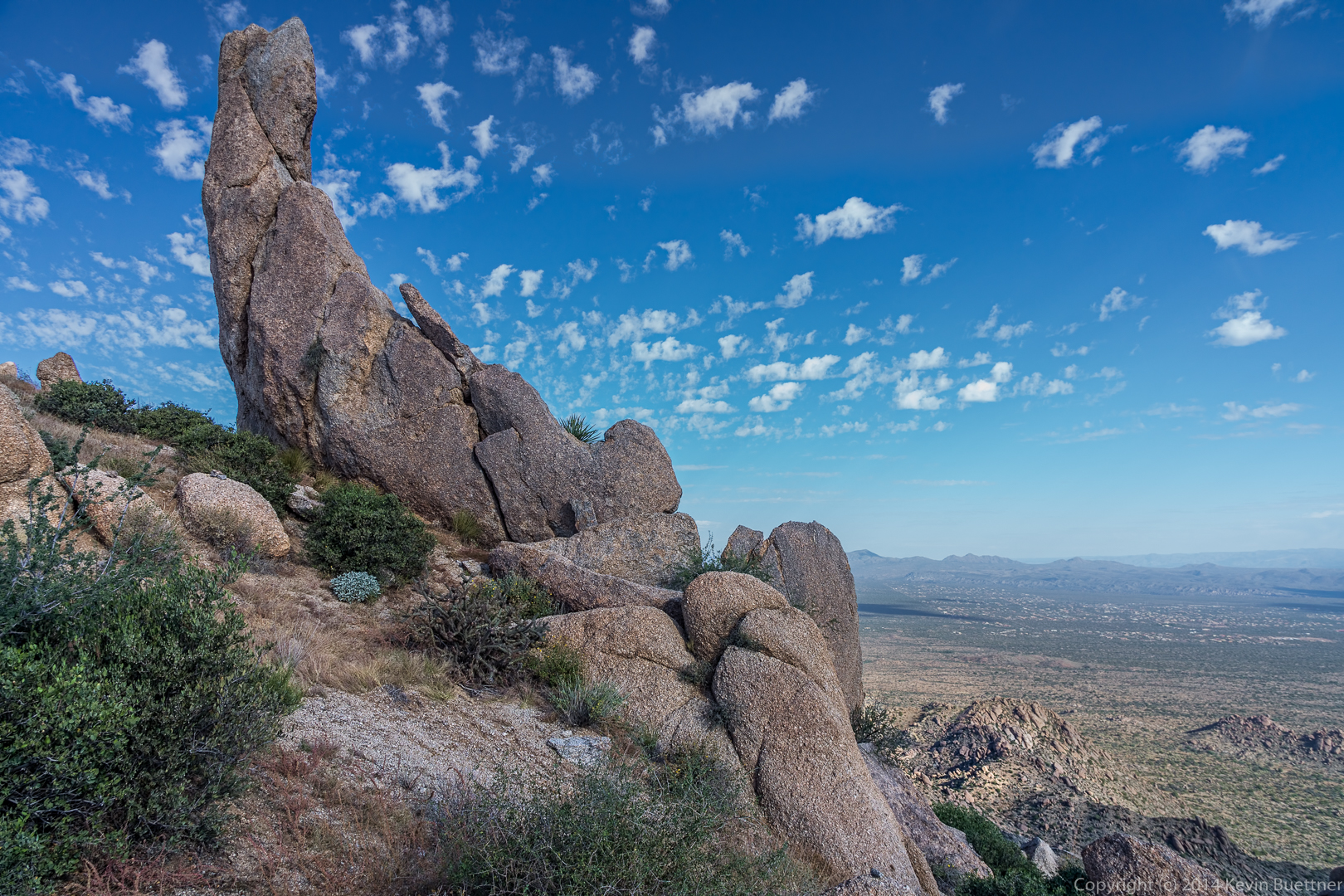 When I turned around, I saw that Bob had also found a rock from which to take in the views. 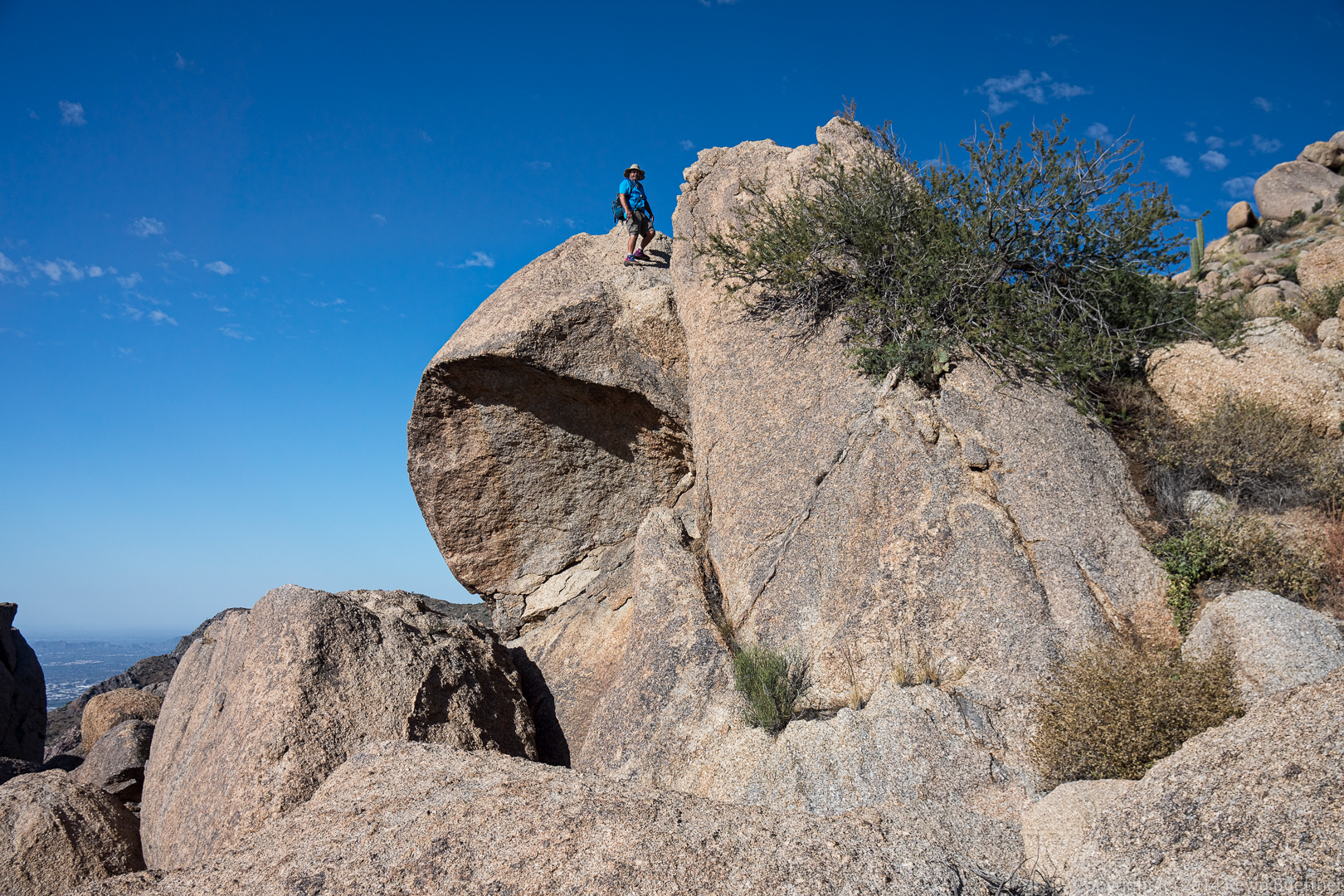 When viewed from the ridge above, the Thumbnail Pinnacle looks like an impressive spire. 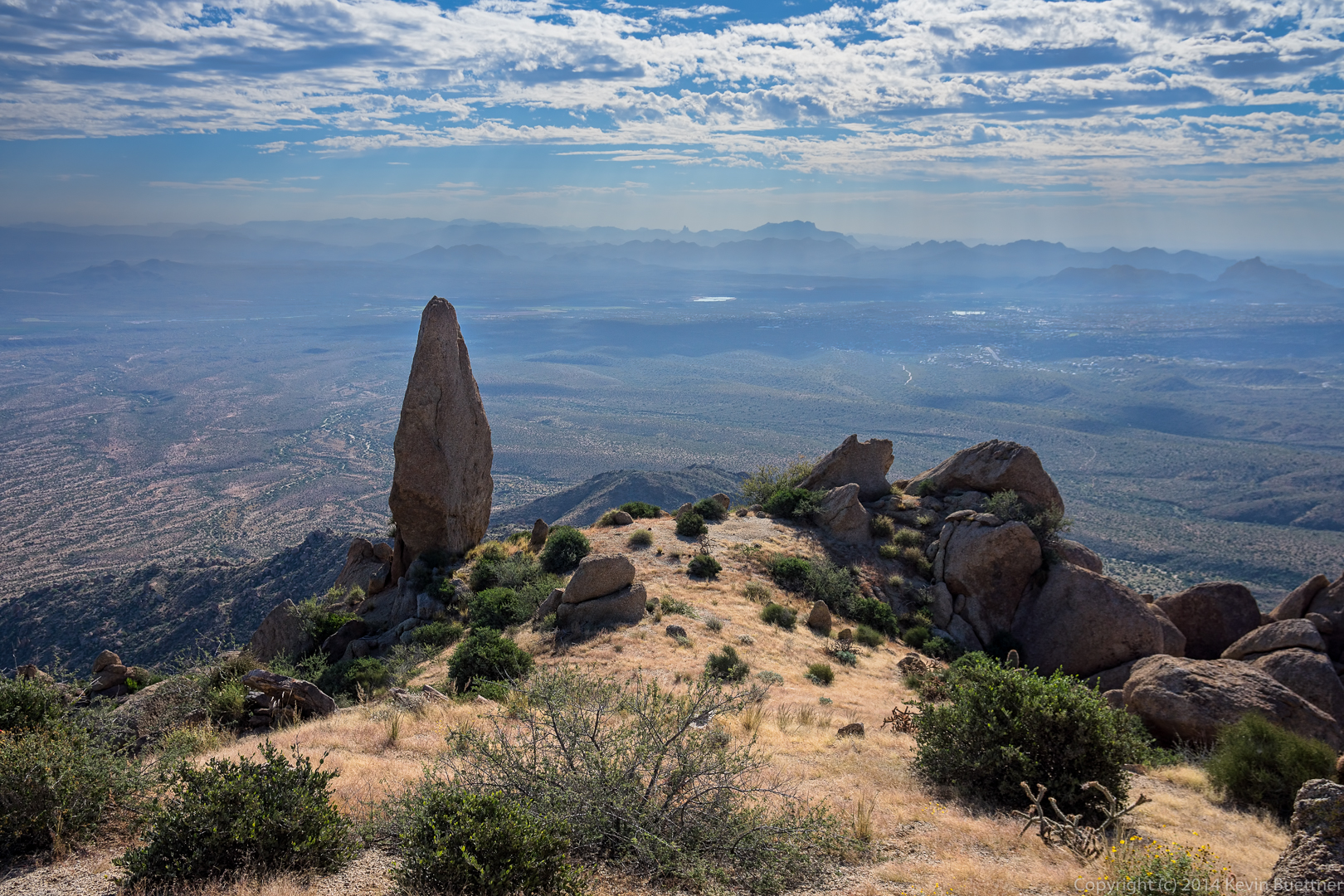 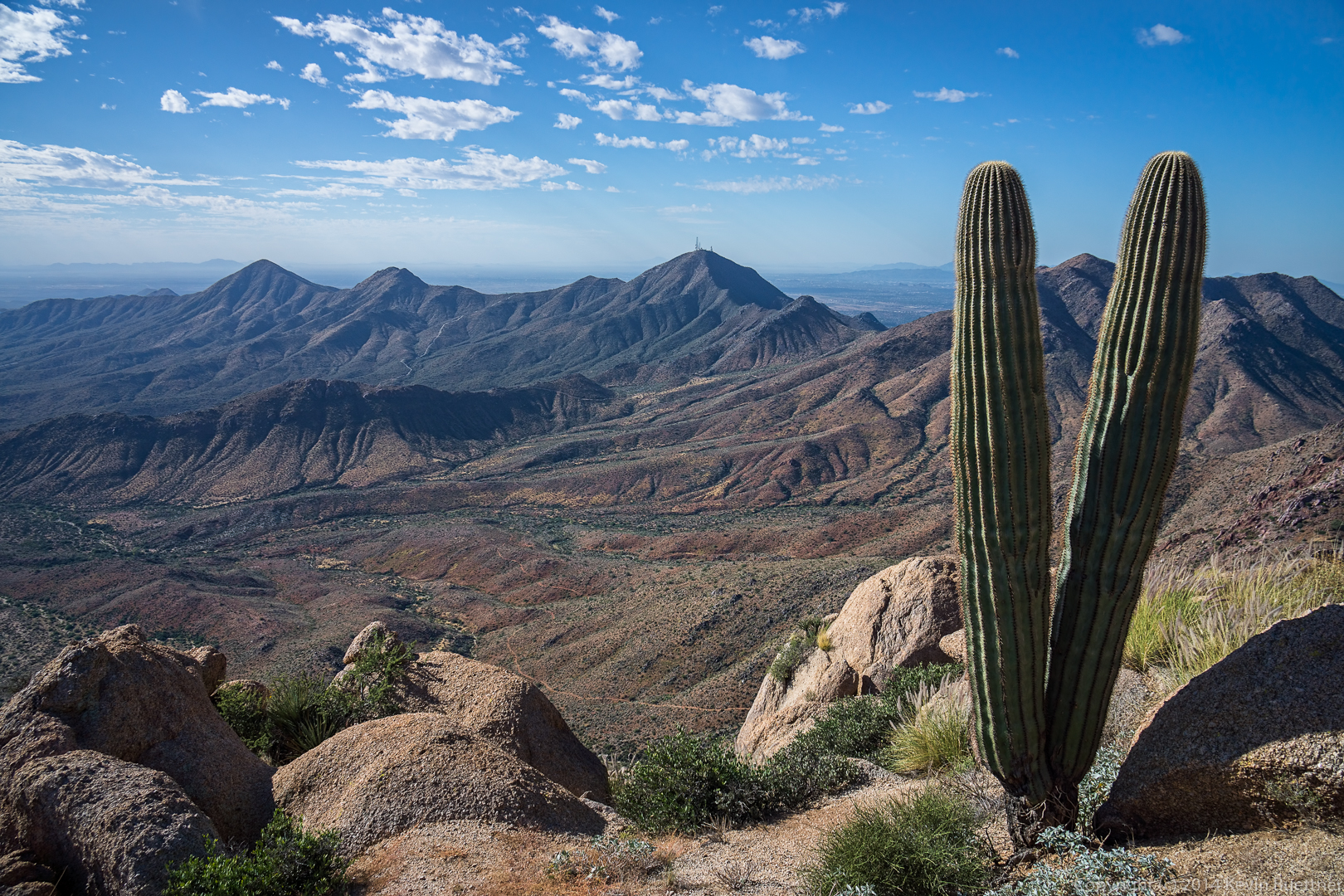 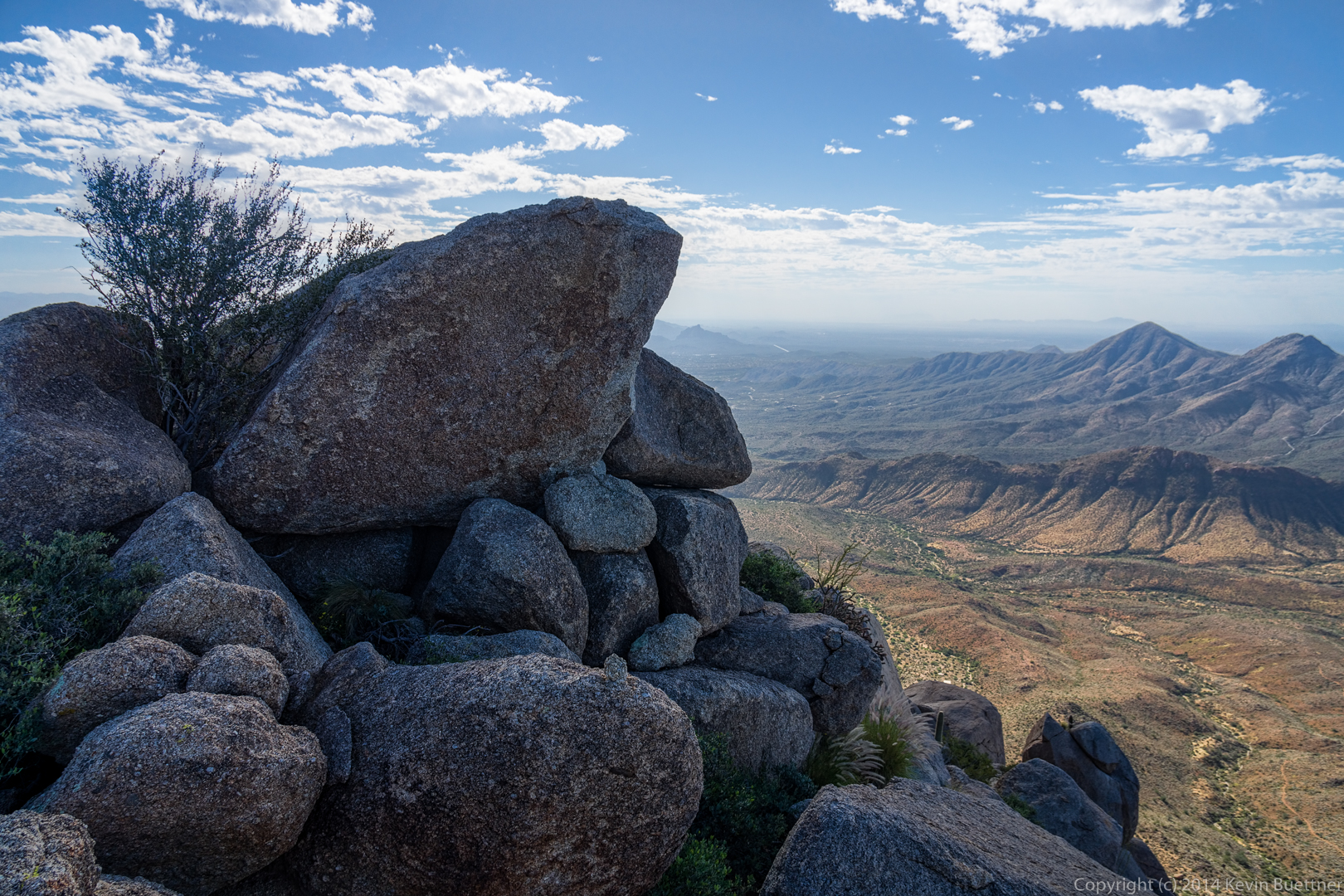 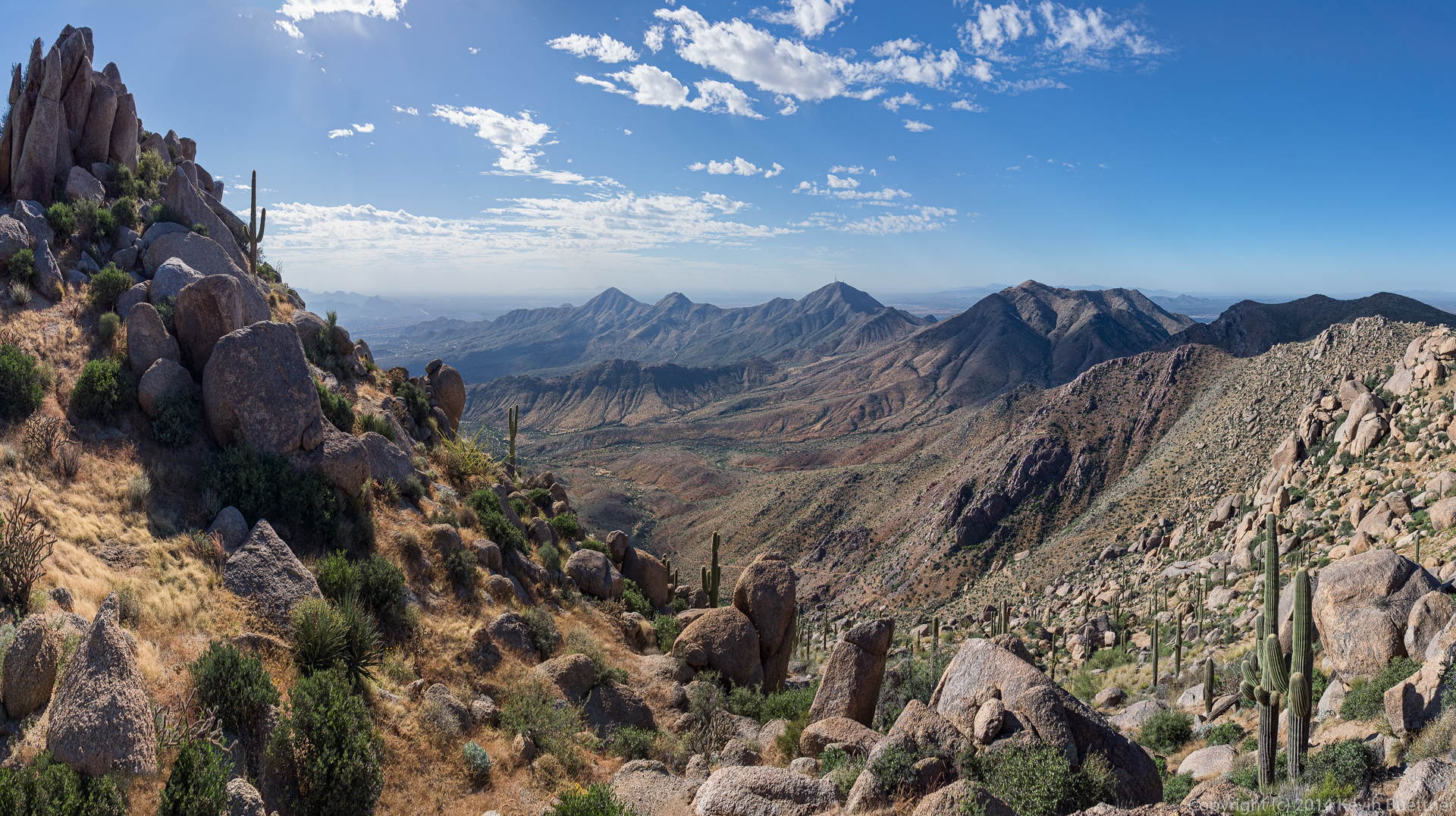 I got this shot as we started working our way down from the East End: 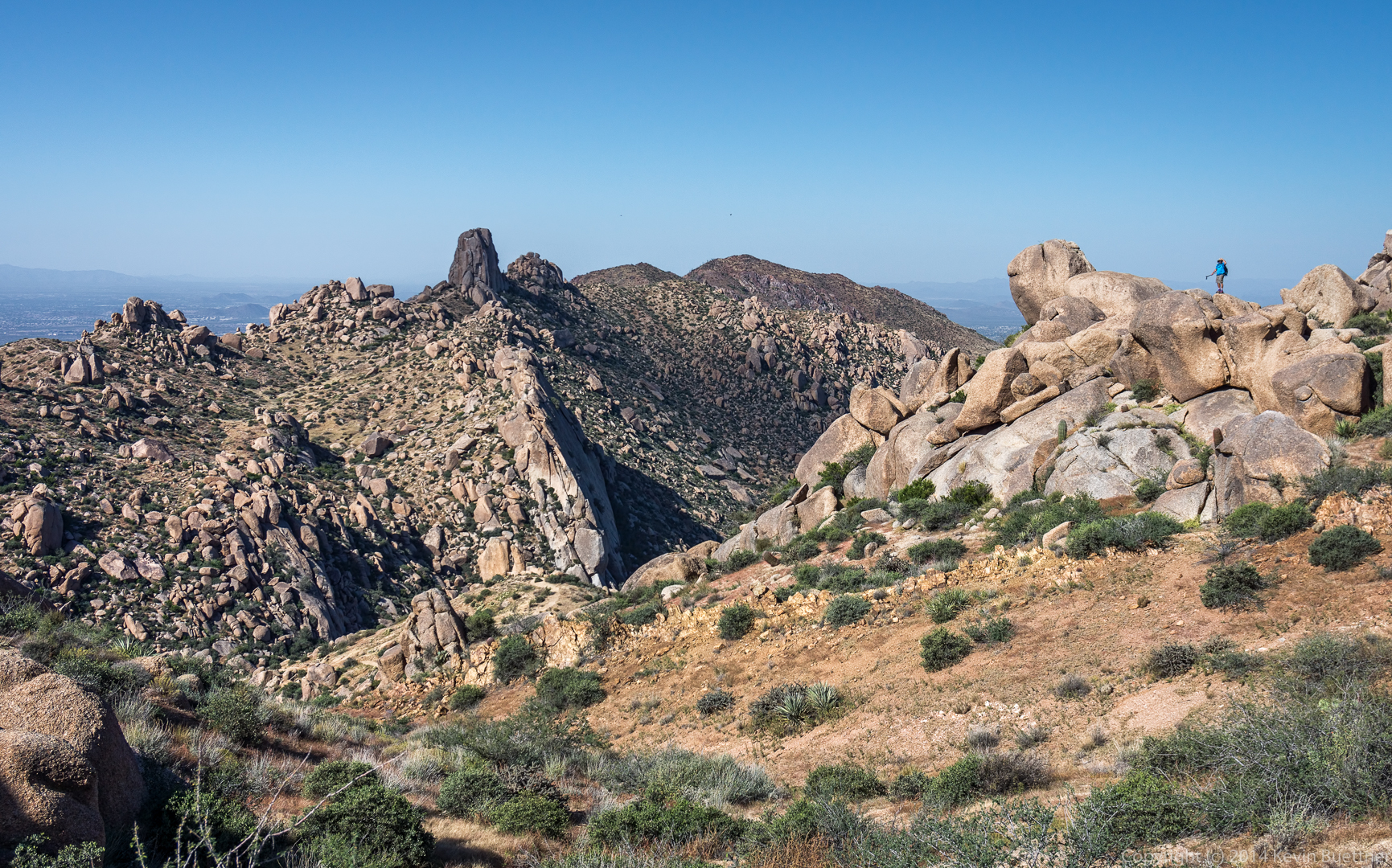 I got this shot of Tom’s Thumb, Gardener’s Wall, and Glass Dome from just beyond the rock upon which Bob is standing in the previous photo. I had never seen these formations from this angle before. 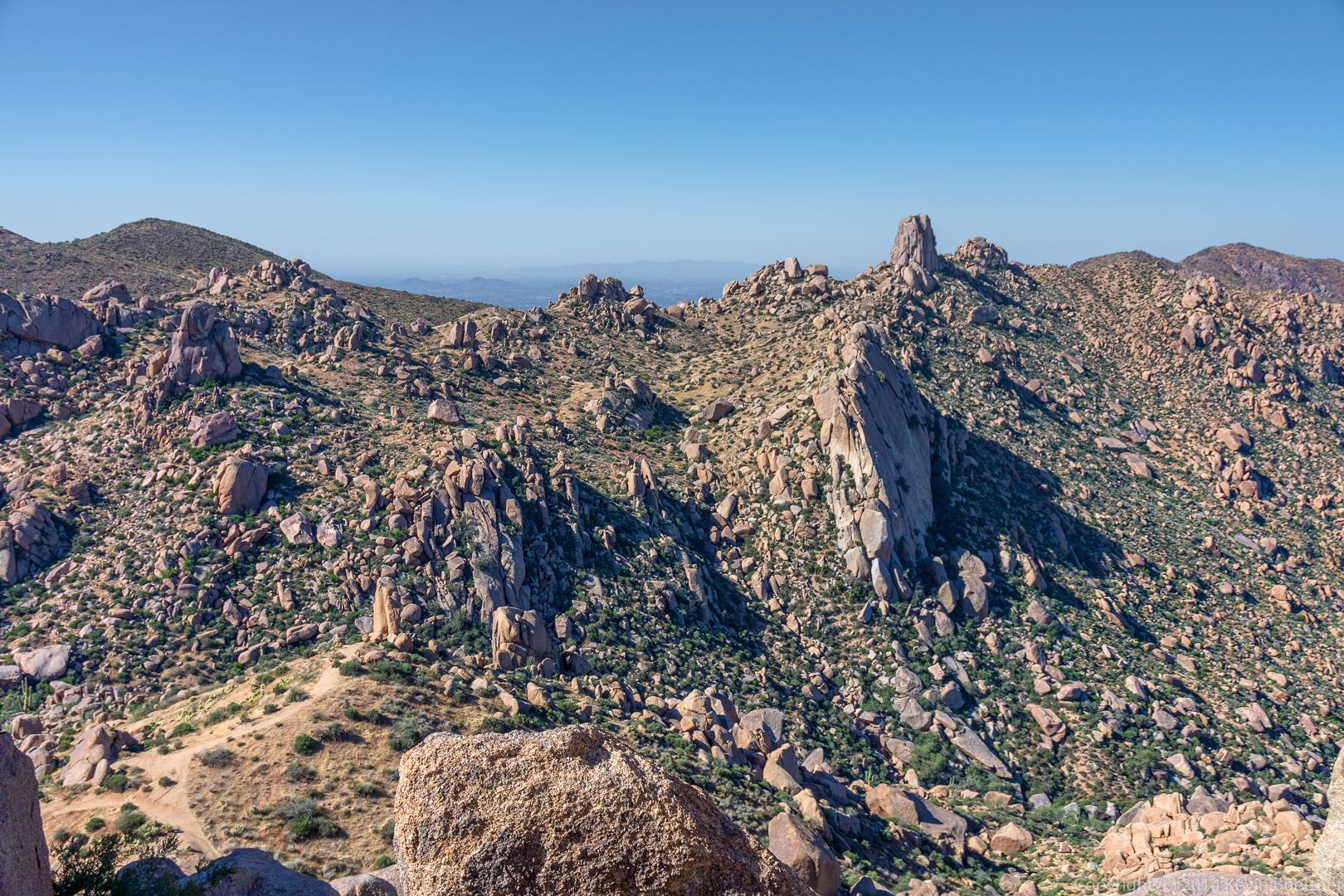 I don’t know what kind of flower this is, but we saw it on our way towards Gardener’s Wall. 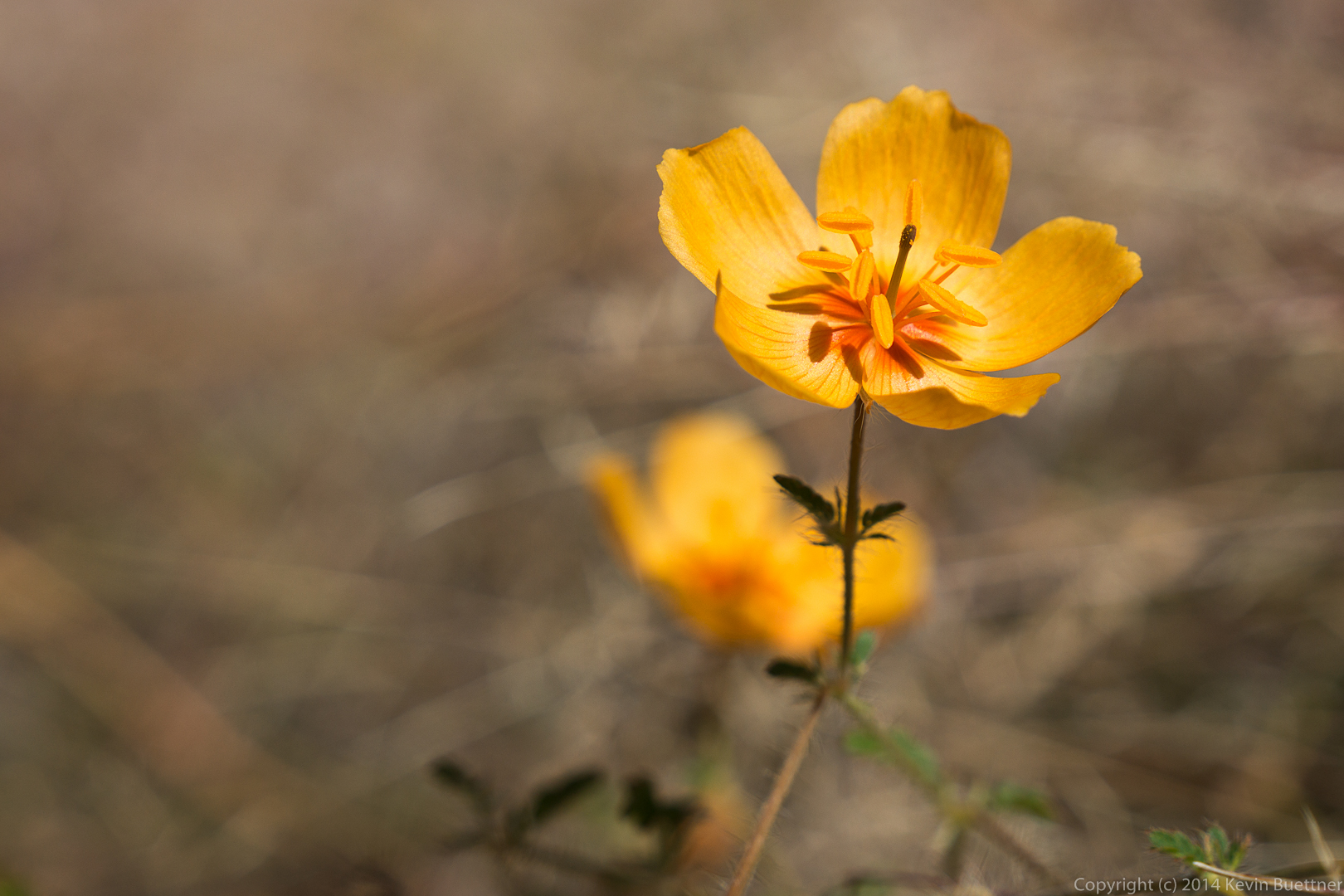 Bob and I drove past this substation on our way to and from the climbing area that we visited on Sunday. 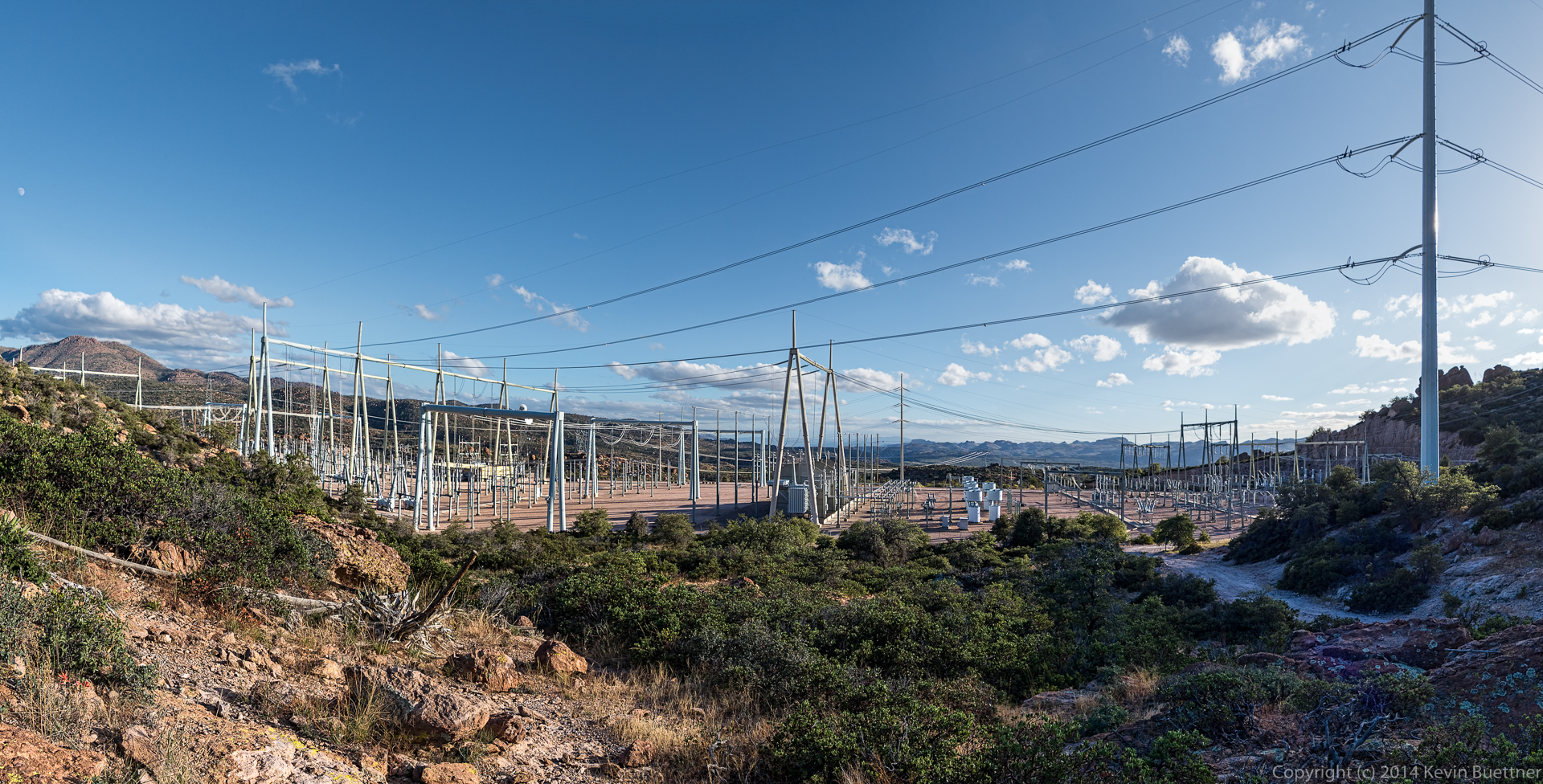 An Infrared View from the Pine Creek Loop

I took this shot using a Hoya R72 (infrared) filter on my RX100 III while hiking the Pine Creek Loop on Saturday: 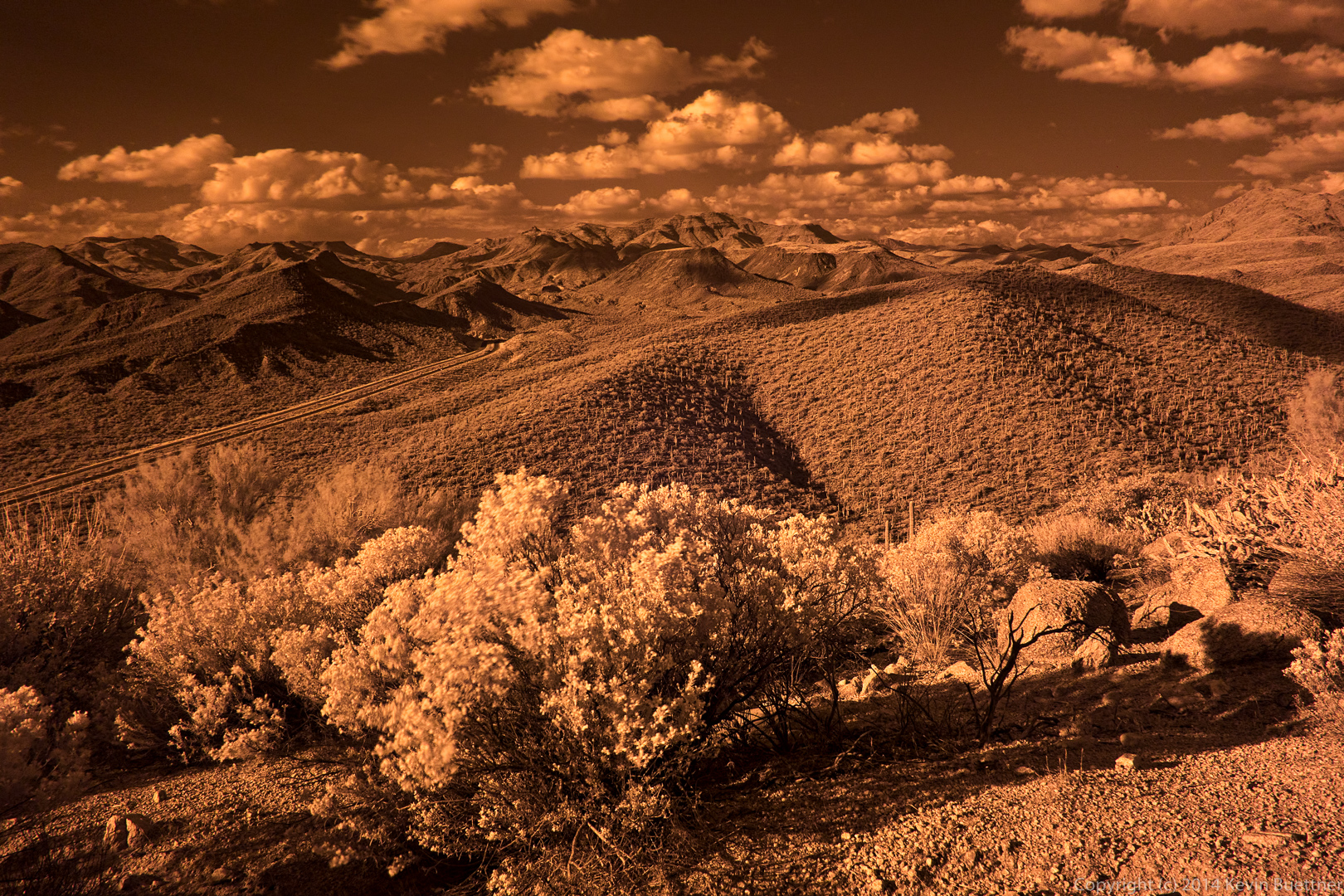 This is what it looks like without the filter: 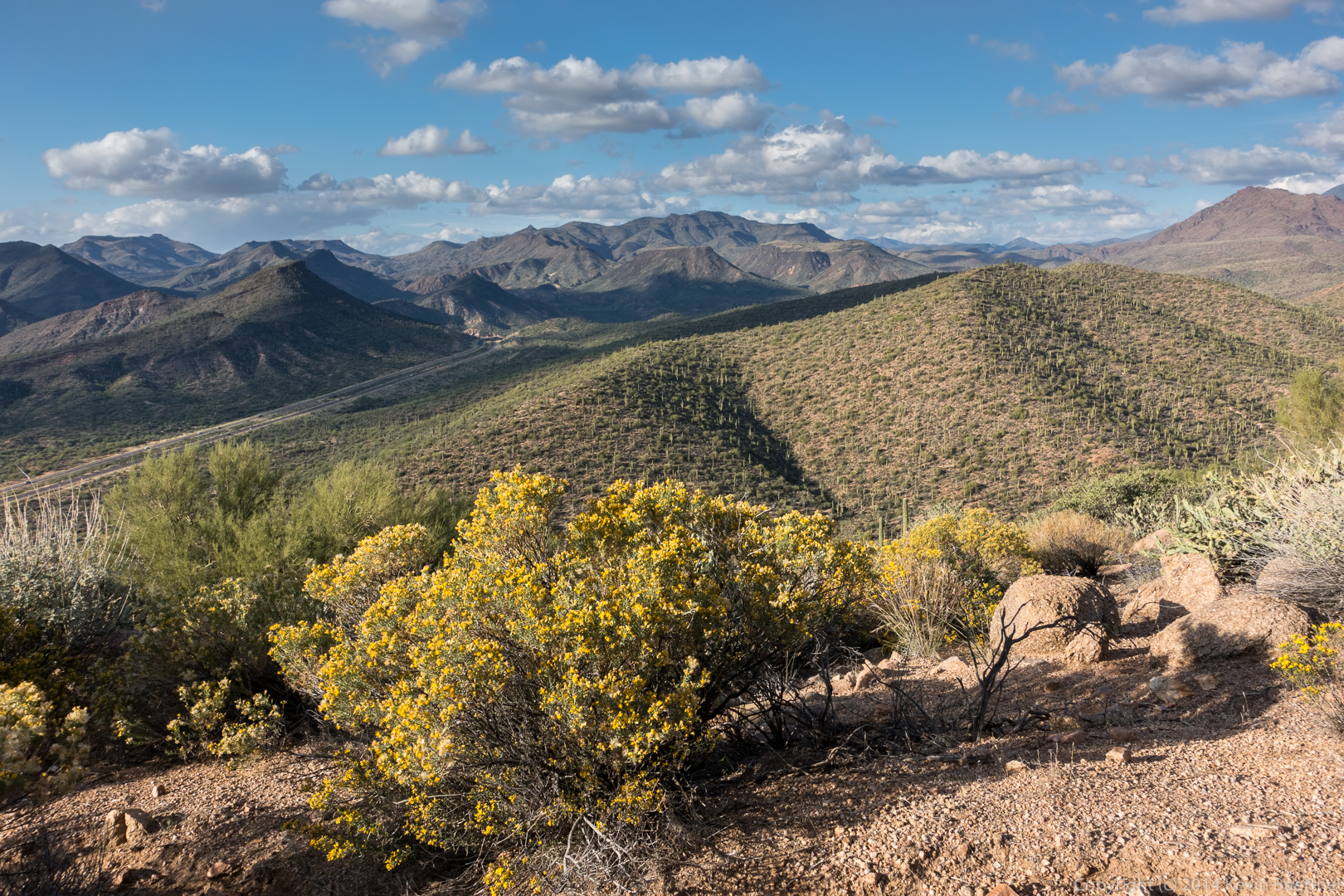 Update: It was suggested to me that the IR version be brightened… 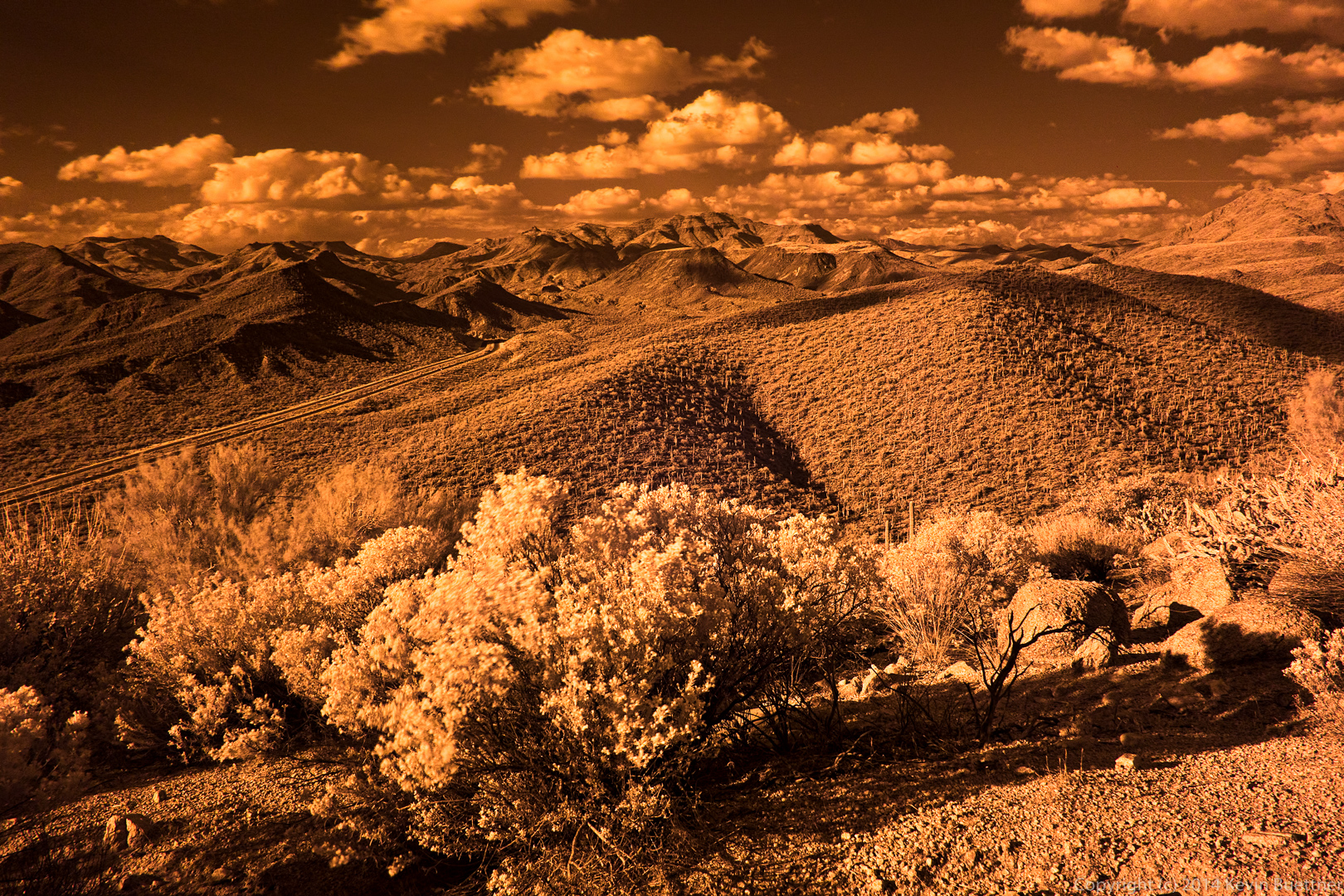 I also tried processing it another way: 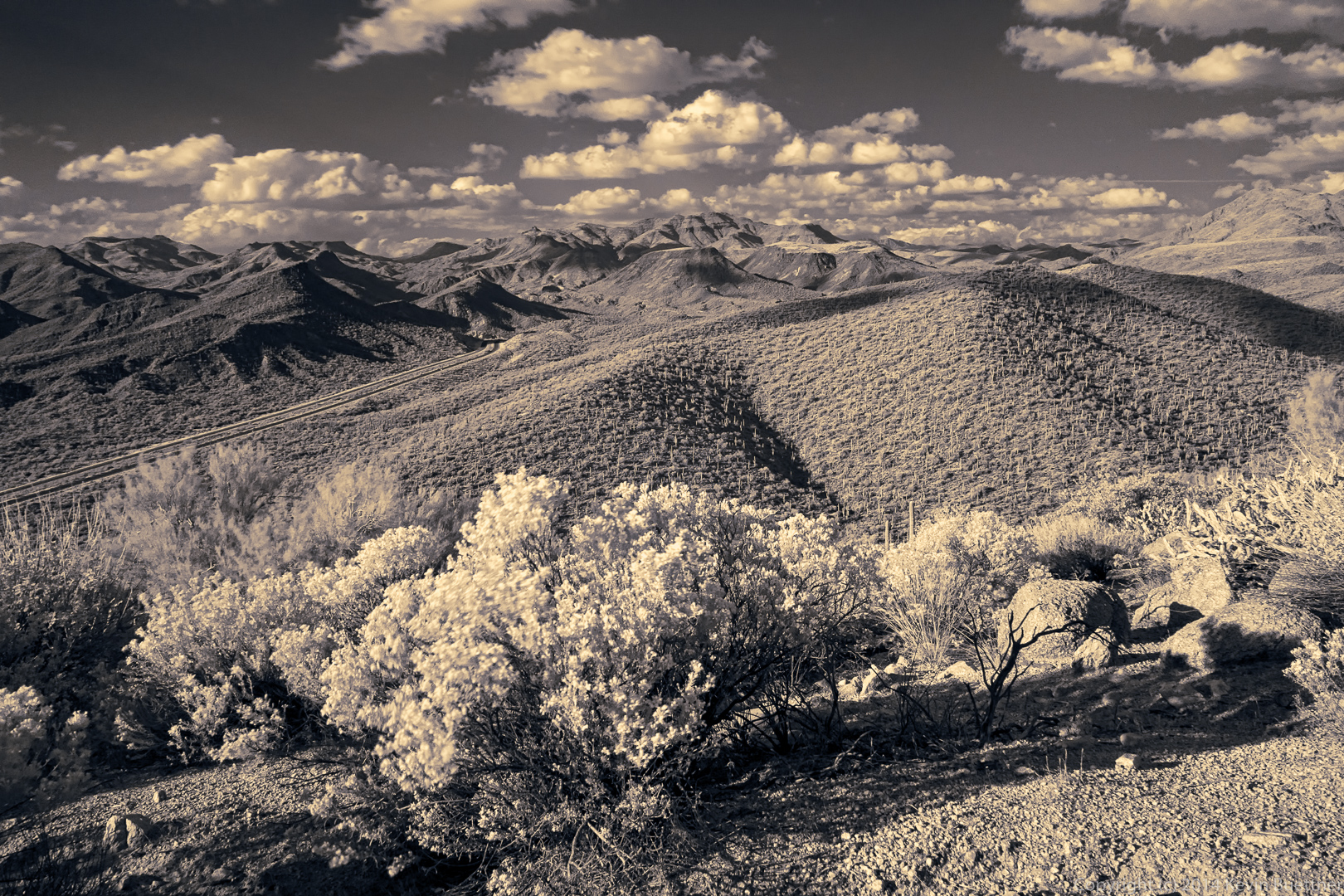