A view from the parking area. The dead saguaro at the right used to be alive just a few years ago. 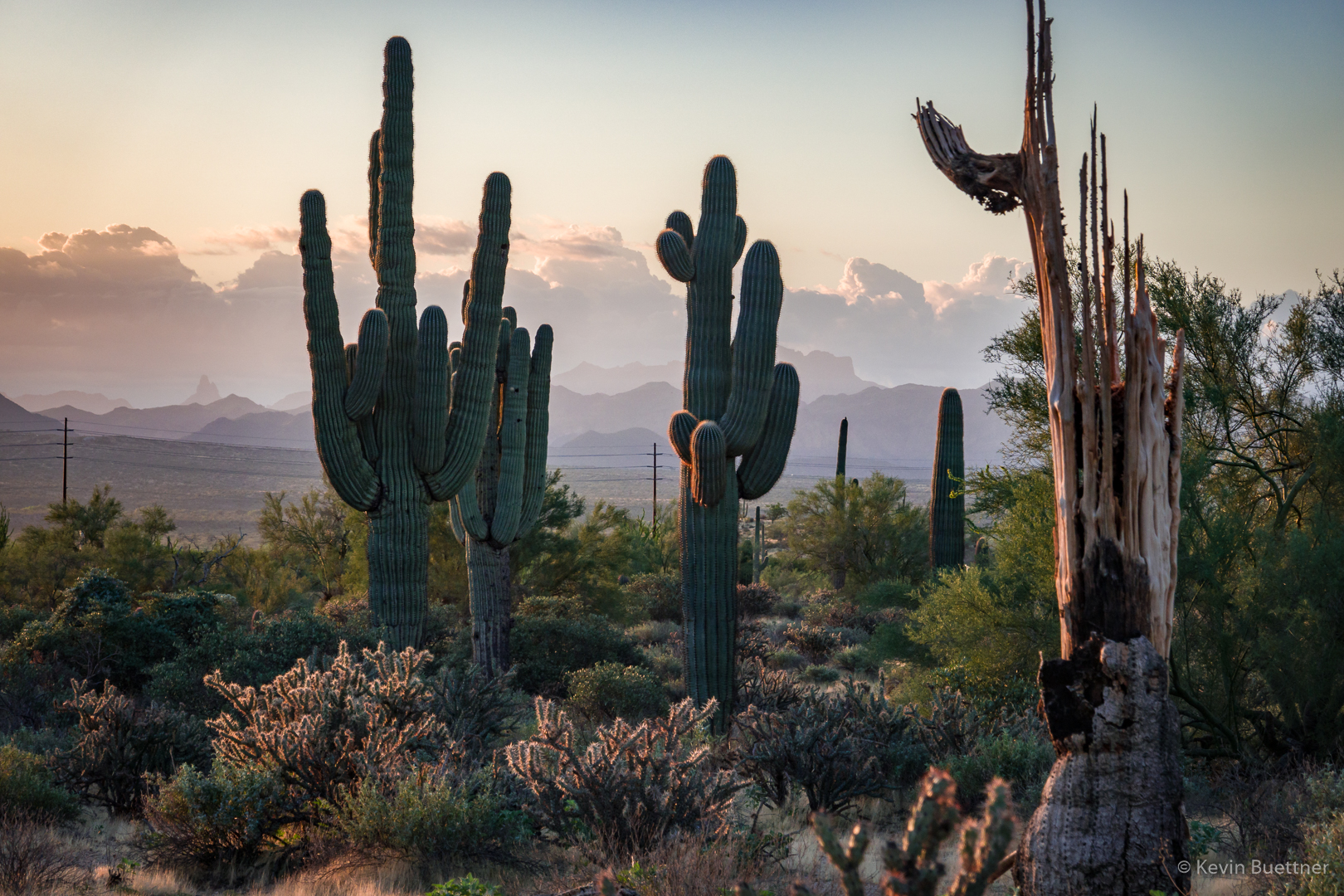 A view of Red Mountain from the Long Loop: 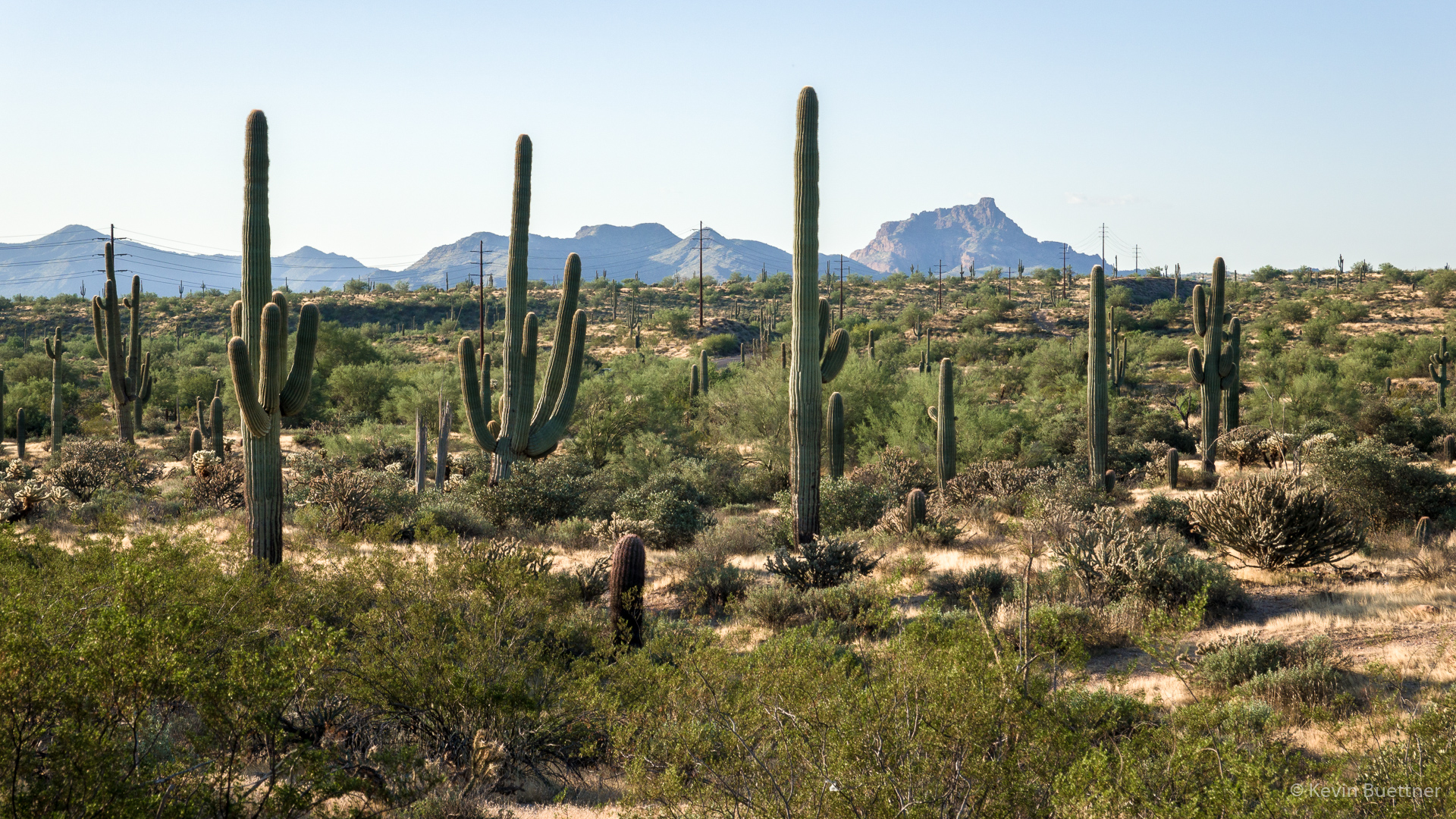 We were puzzled by these catchments on the South Ridge. The water that they catch empties out onto the ground nearby. Why bother? 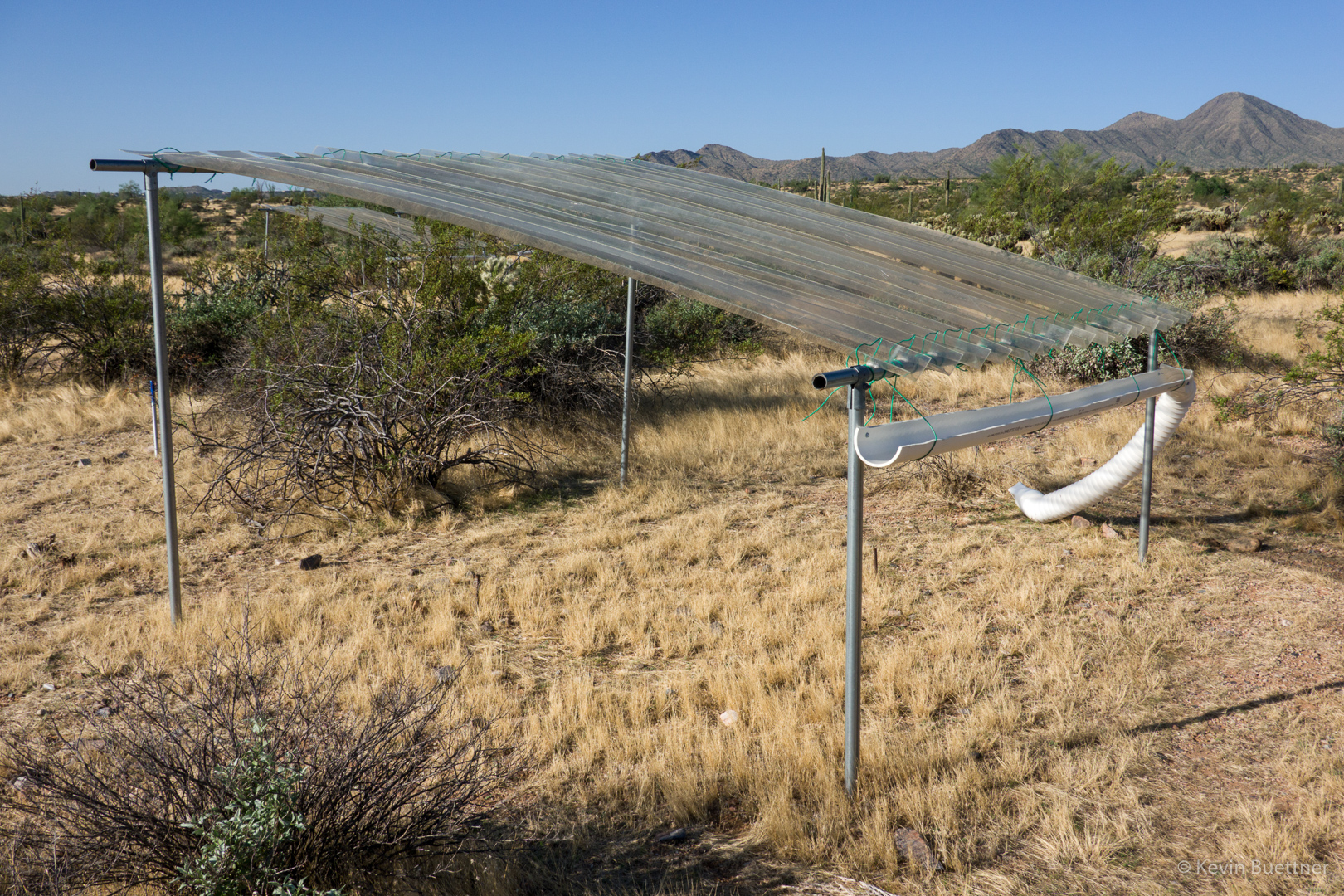 Tarantula in the South Wash: 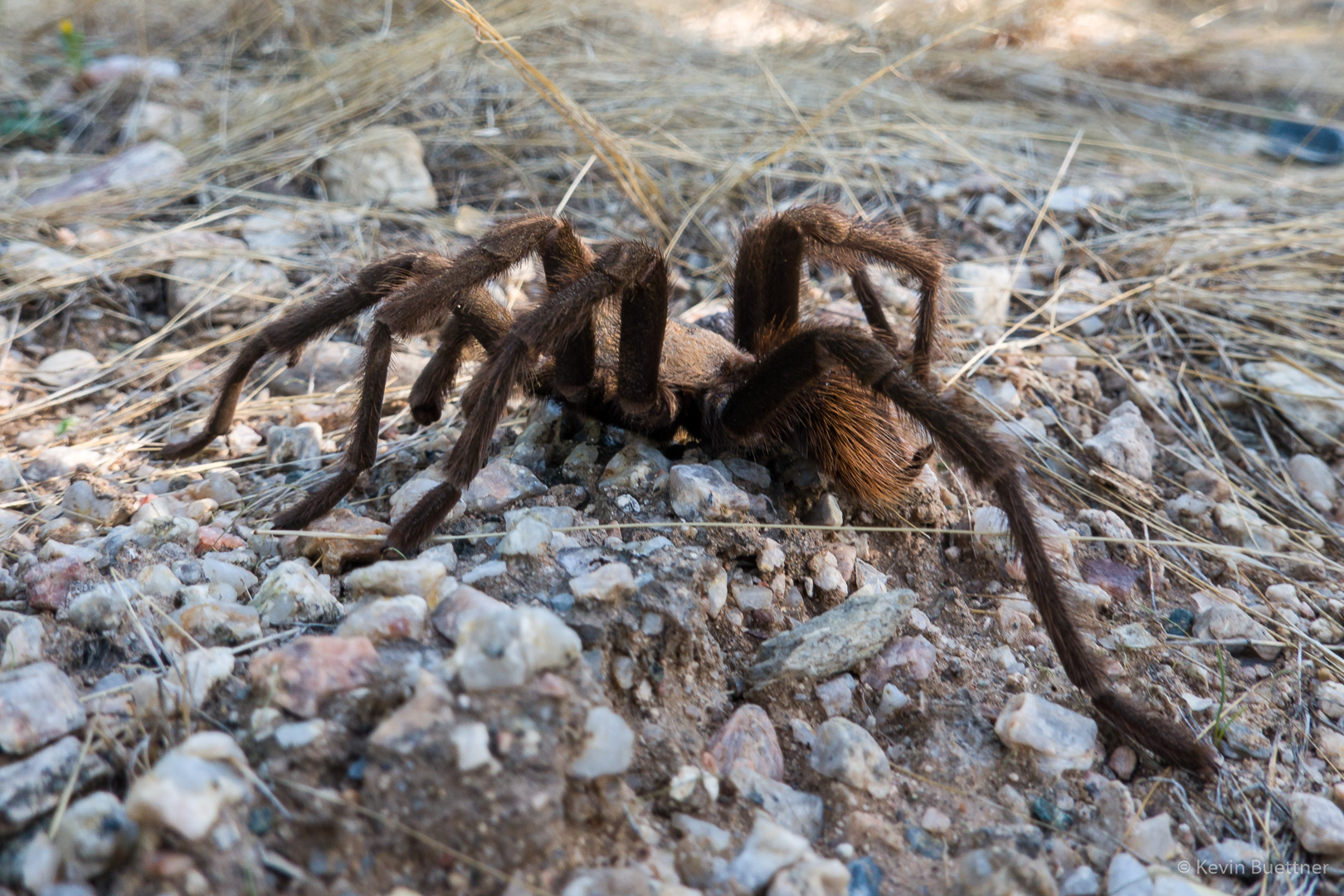 Sandra gets a closer look at one of the holes in the wall.  She and Mike saw spooky tooth-like formations in the hole… 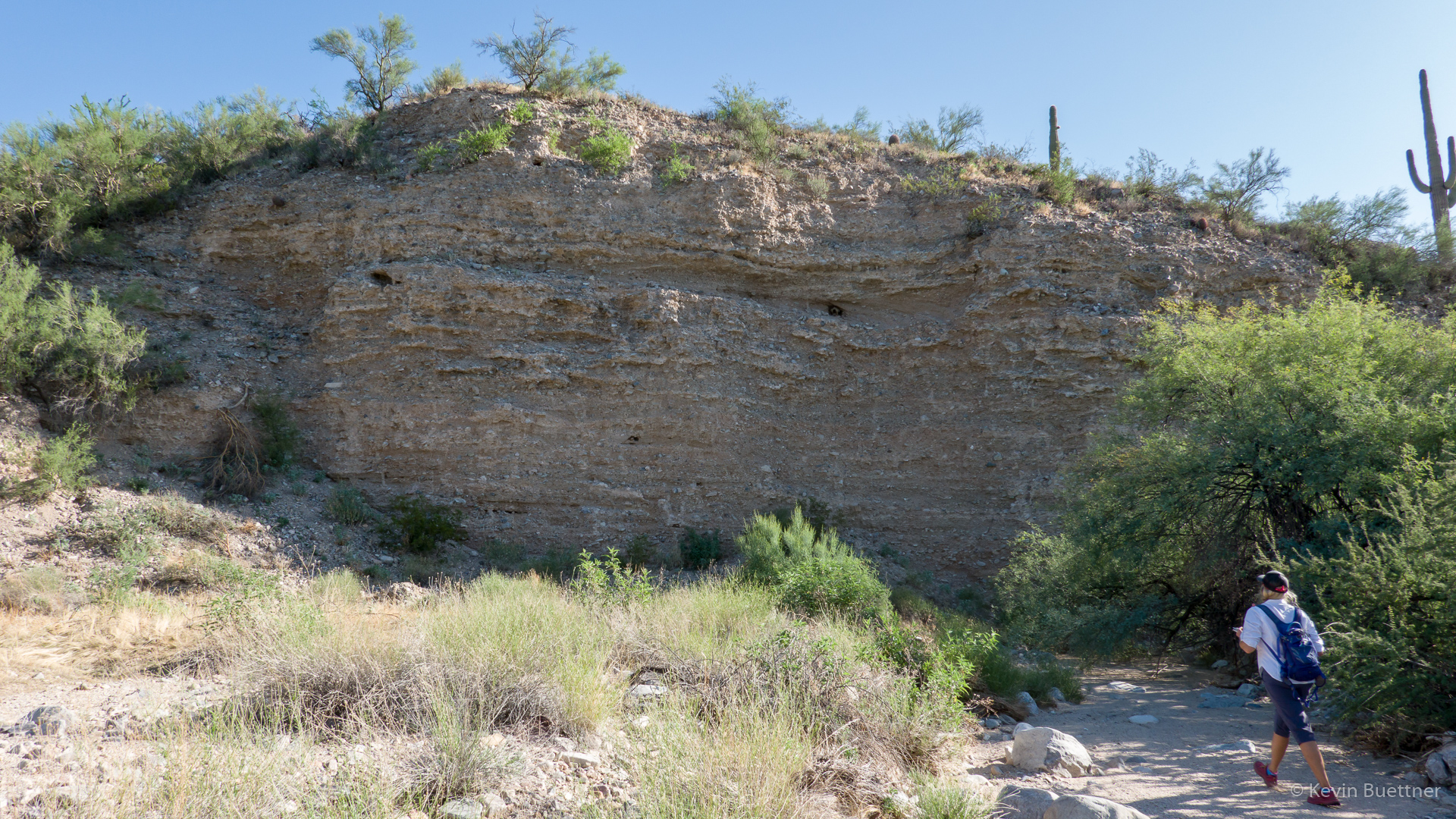 …which turned out to be a beehive. 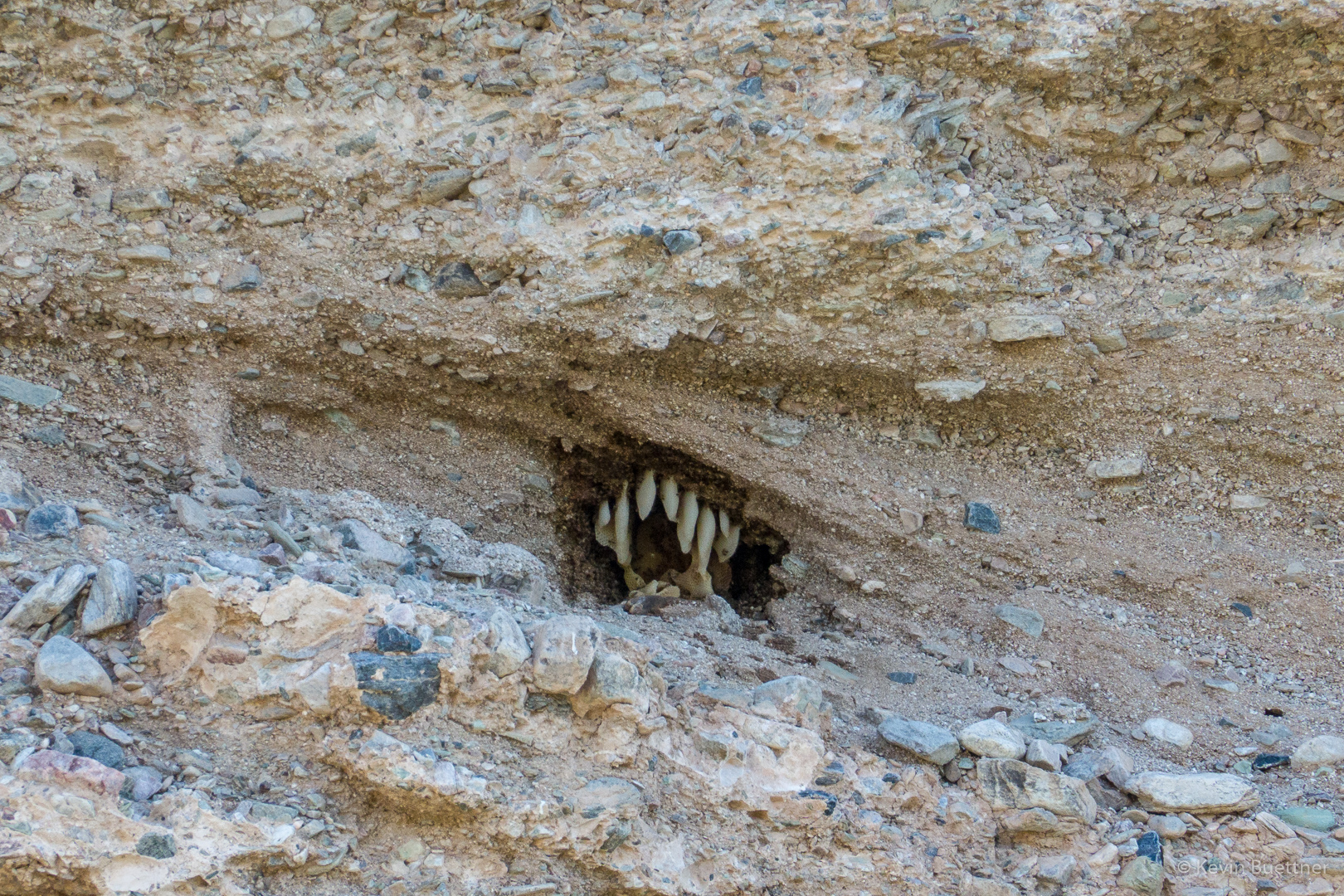 Further westward in the wash, we saw butterflies: 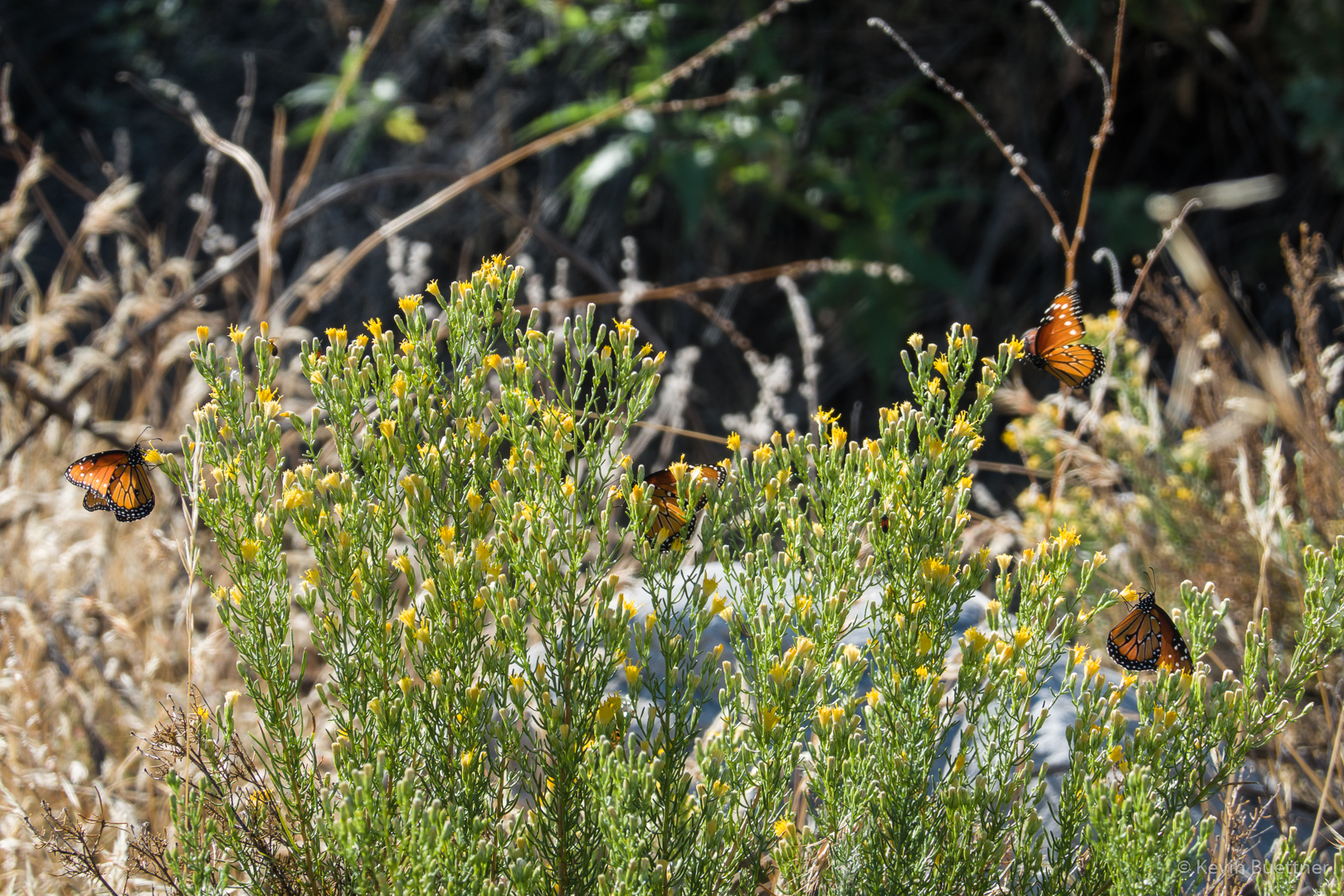 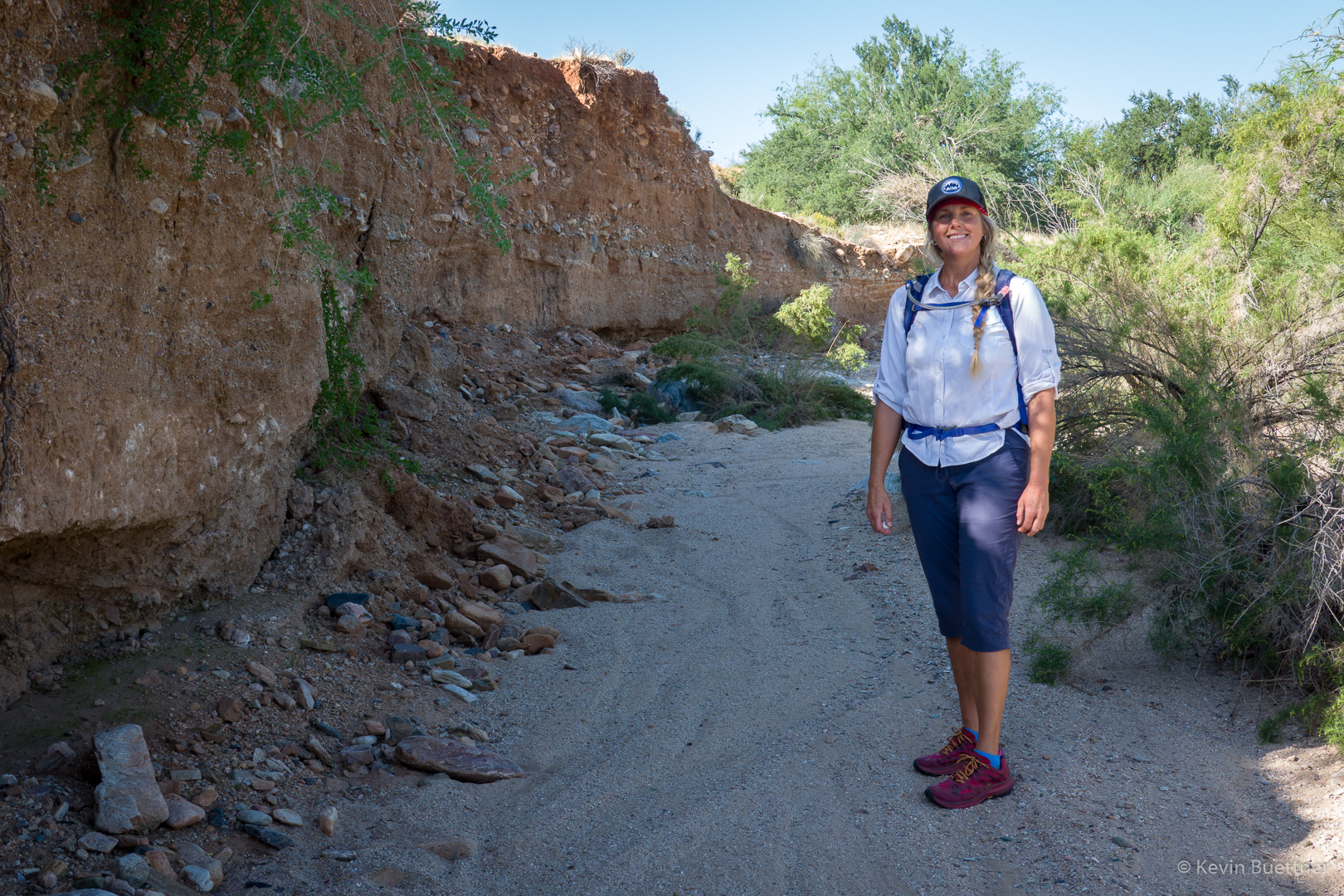 There is a corral with some old ranching structures just off of the Dixie Mine Trail. Sandra hadn’t seen them before, so we stopped to take a look. There are some initials carved into the concrete of the watering trough. I think that’s “H.P.”, at the far right for (likely) Henry Pemberton. I don’t have any guesses about the names associated with the other initials. 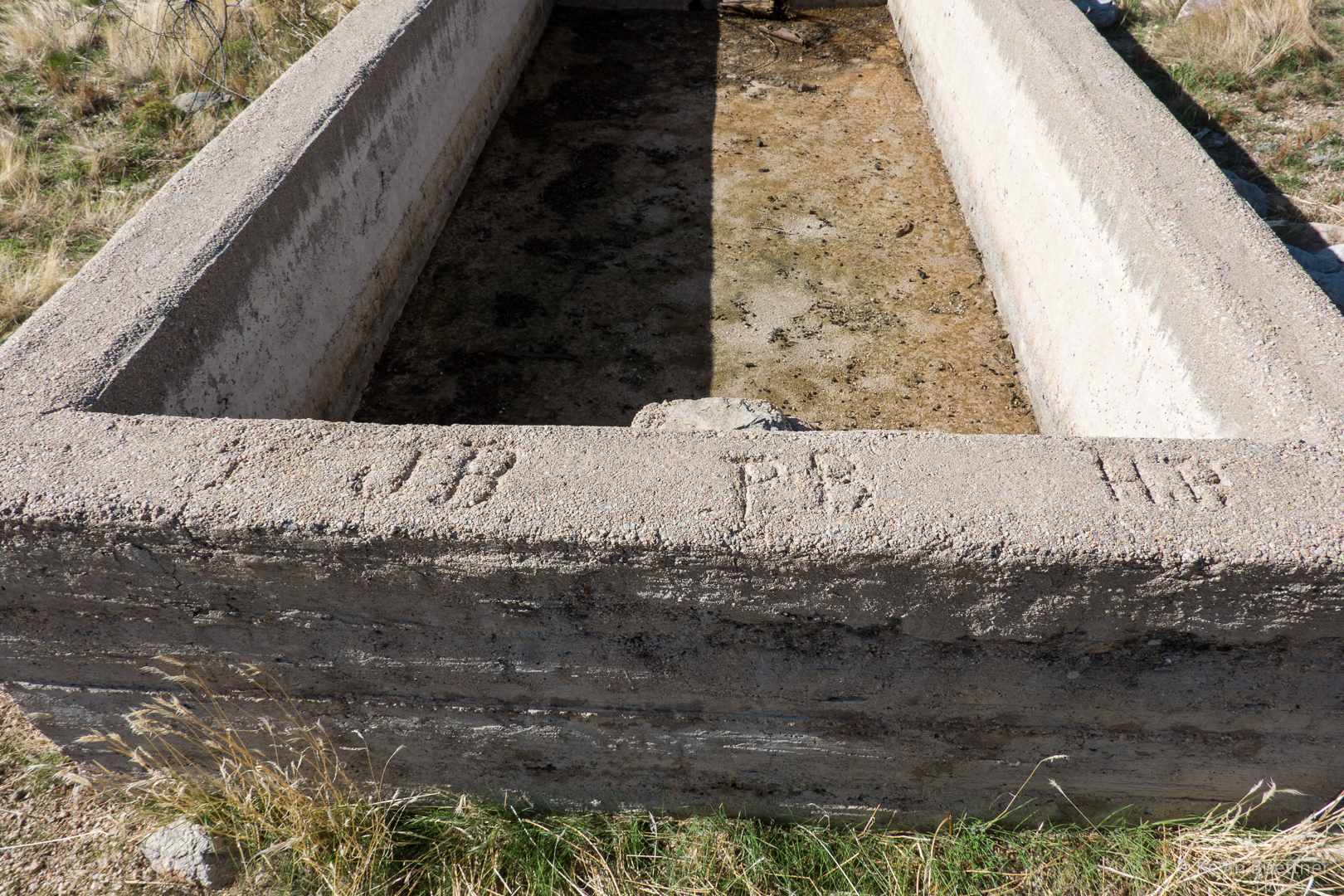 There’s also a largish water tank in the corral. Just left of the tank is an entrance, choked with vegetation, to a second smaller corral. 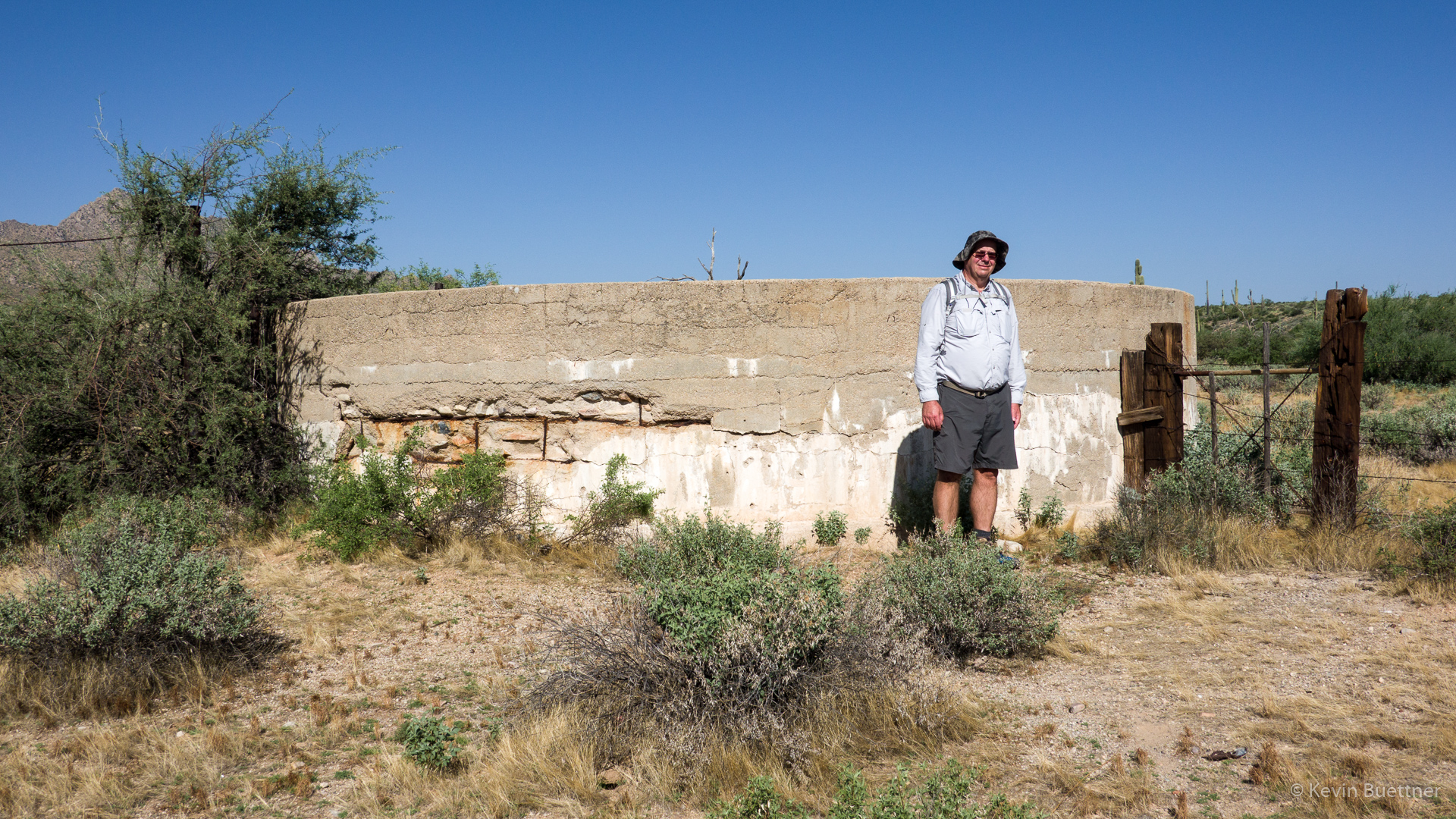 This is the smaller corral.  I hadn’t noticed it before. 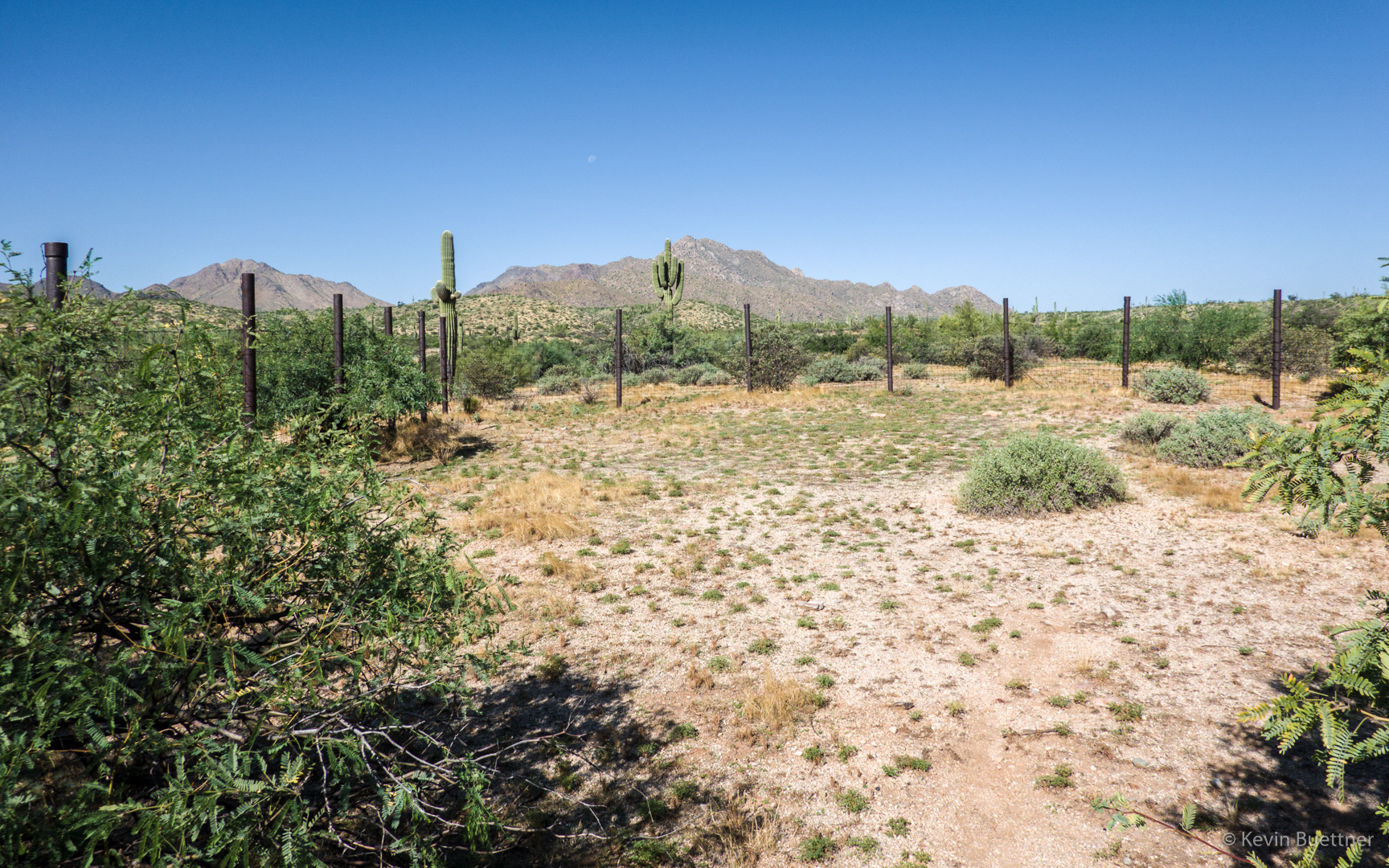