We had hoped to hike Lower Barks Canyon for the finish, but it was wet and we were all pretty tired at that point.

A view of Peralta Canyon from the Bluff Springs Trail: 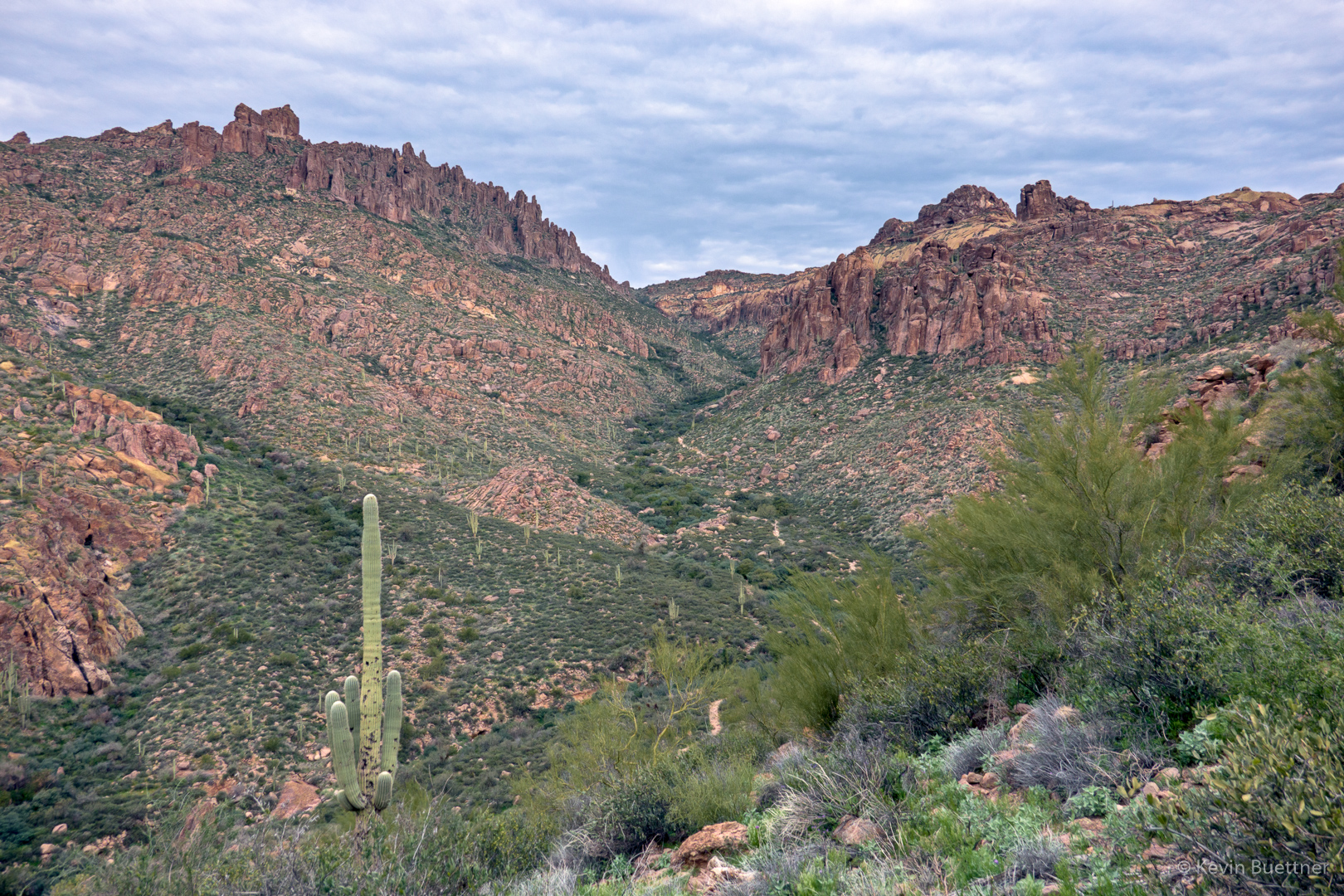 Ben and Marilyn take a break on the Cave Trail. 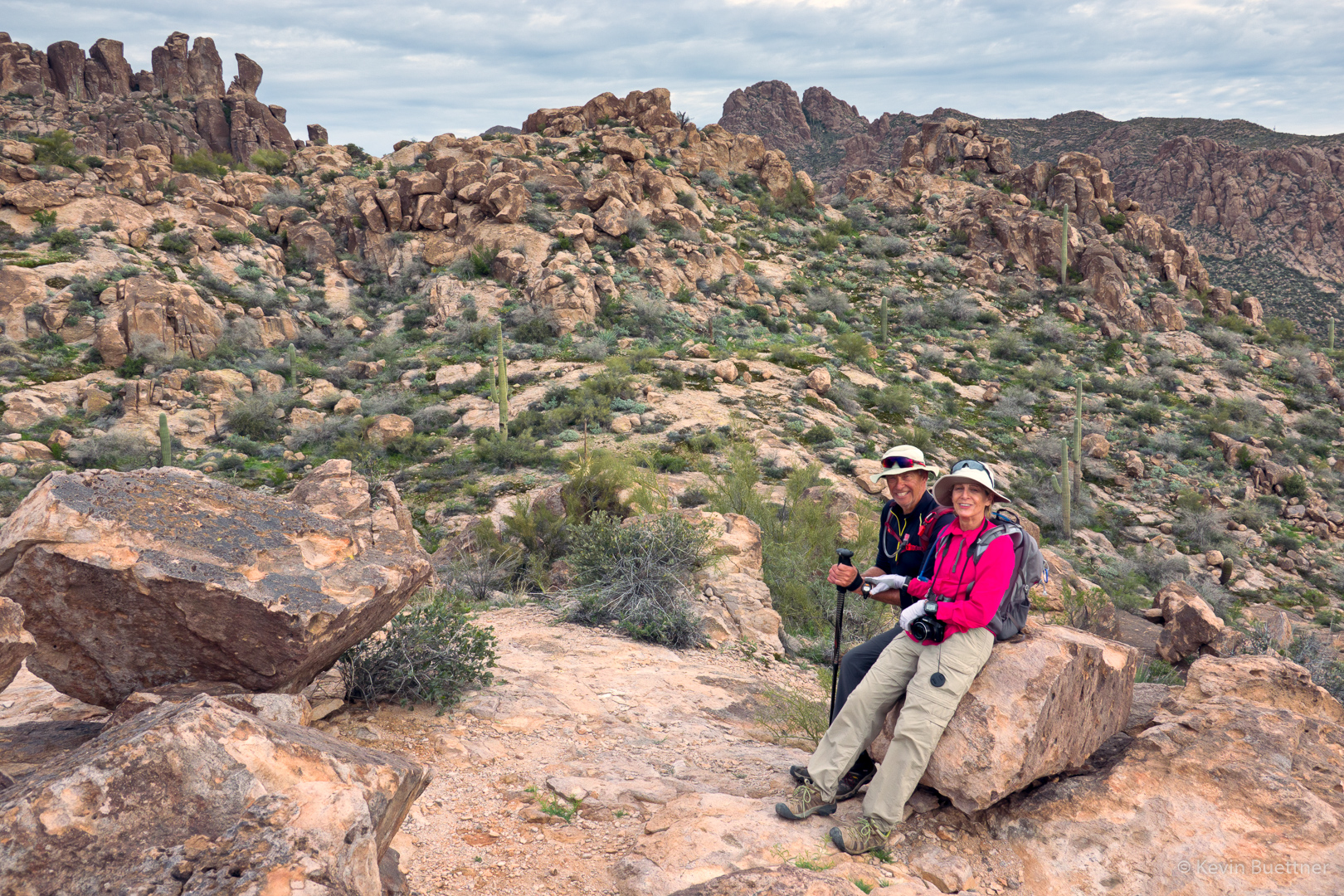 Ben and Mike on the Cave Trail: 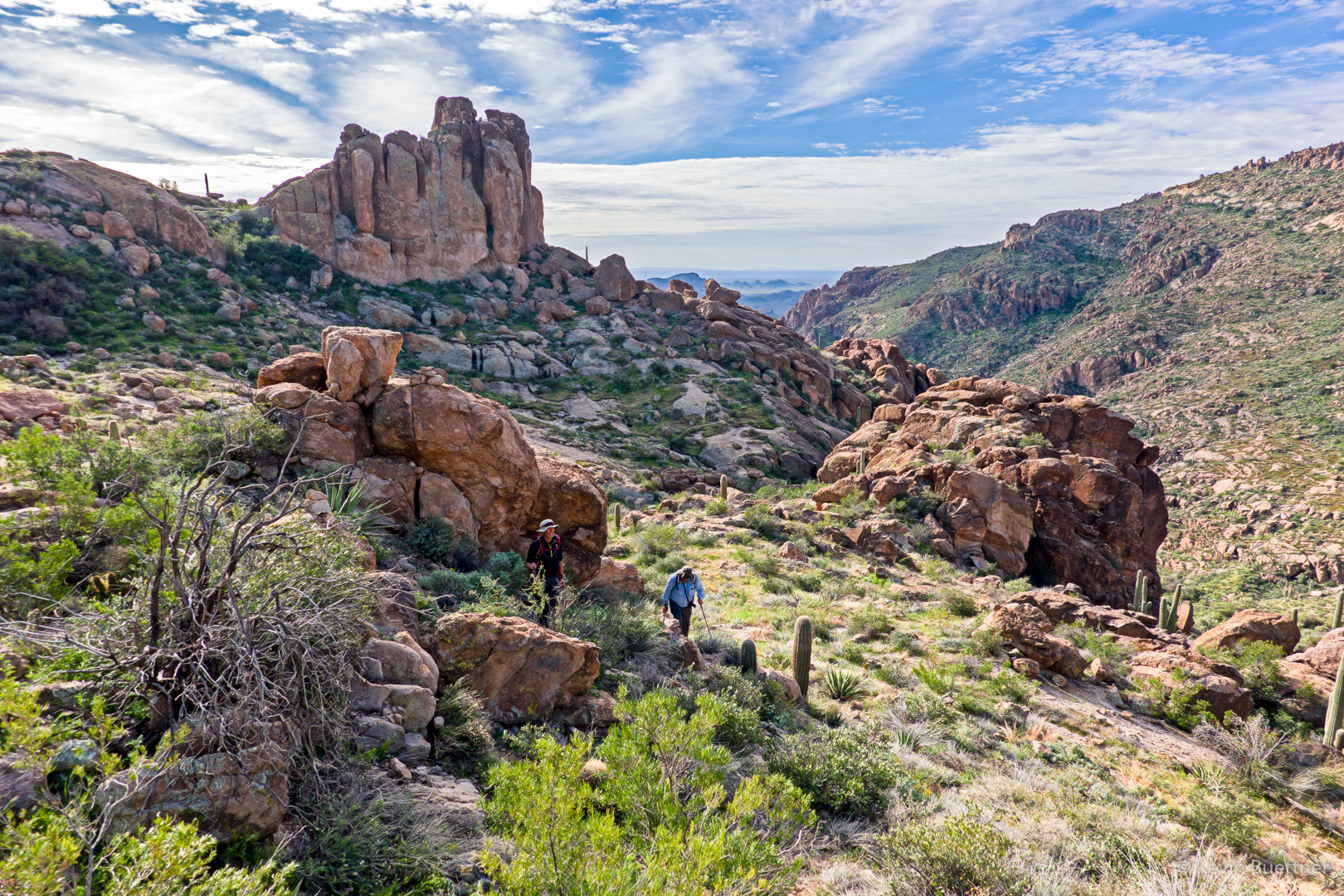 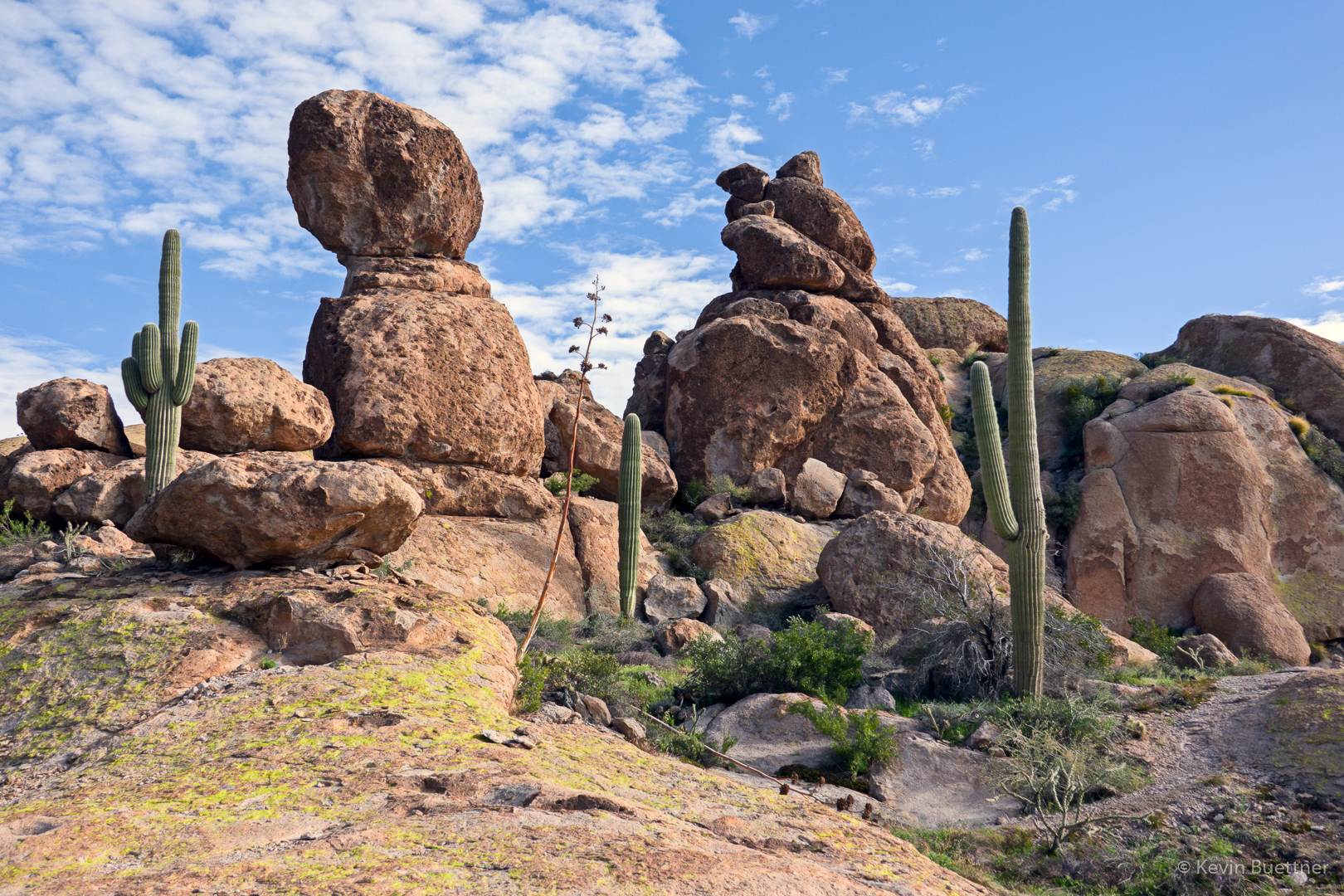 Mike ascending the low ridge adjacent to the Devil’s Slide, to the right.  When I’ve hiked this in the past, in the opposite direction, we went down the slide, but it was wet on Friday; that low ridge looked safer. 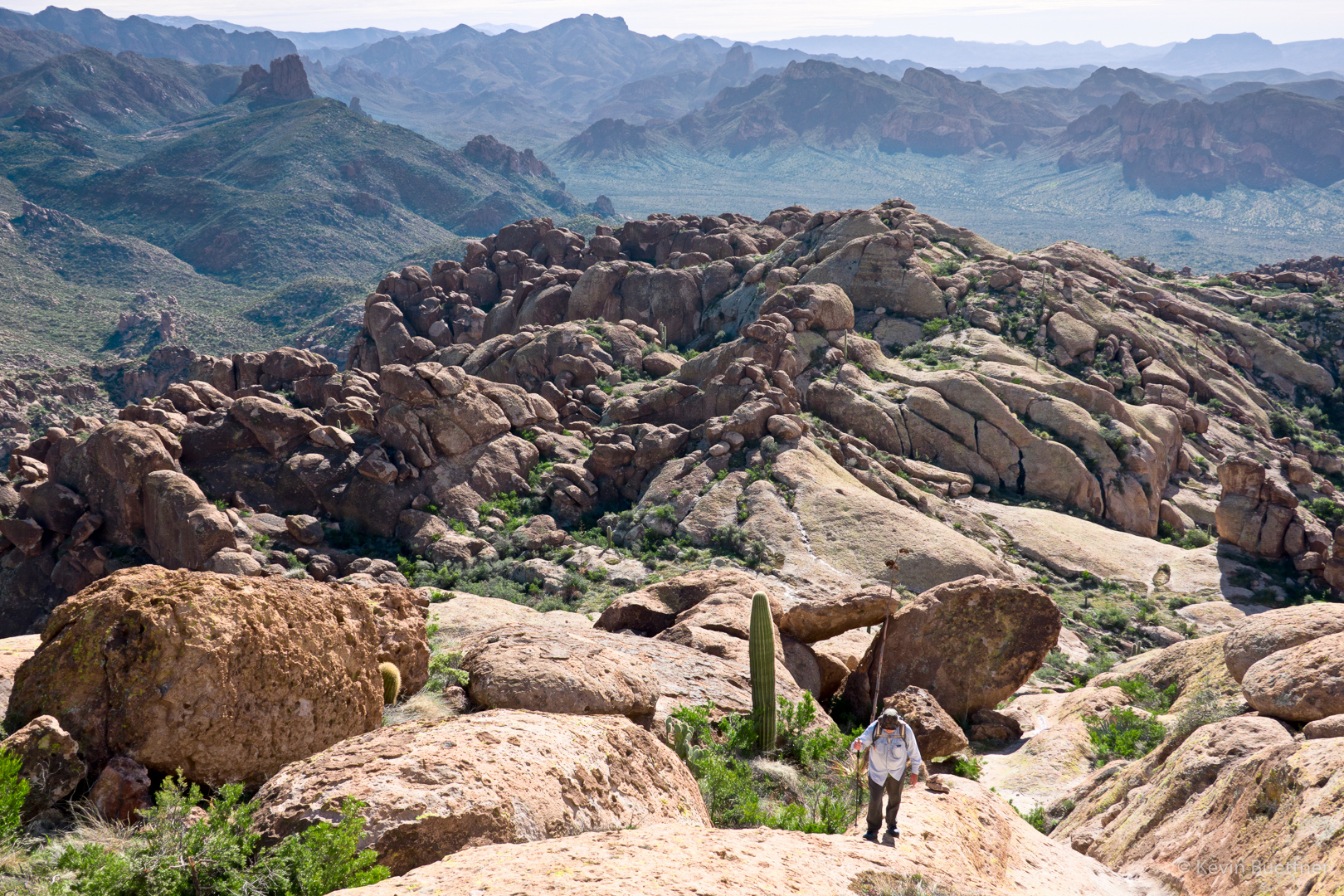 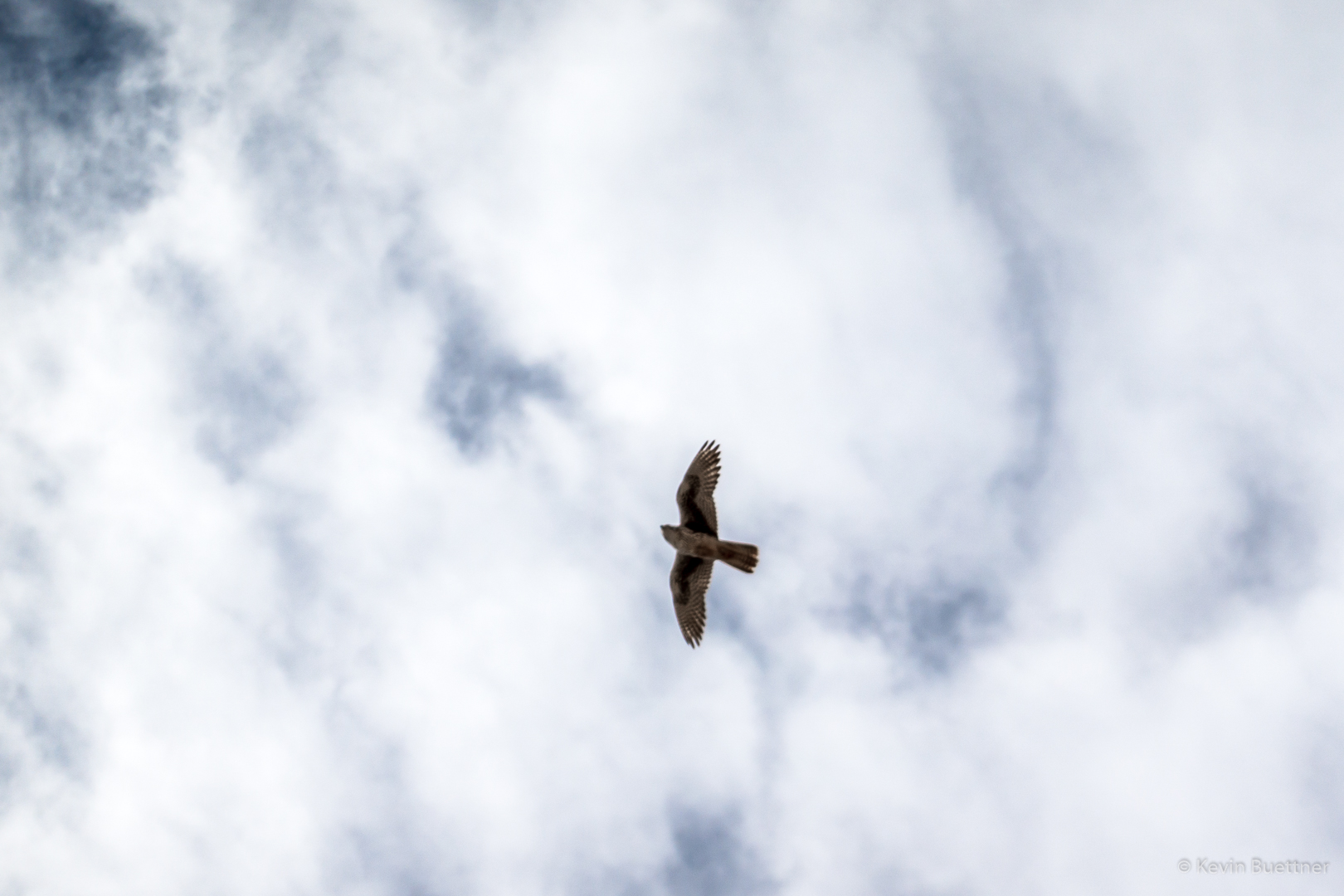 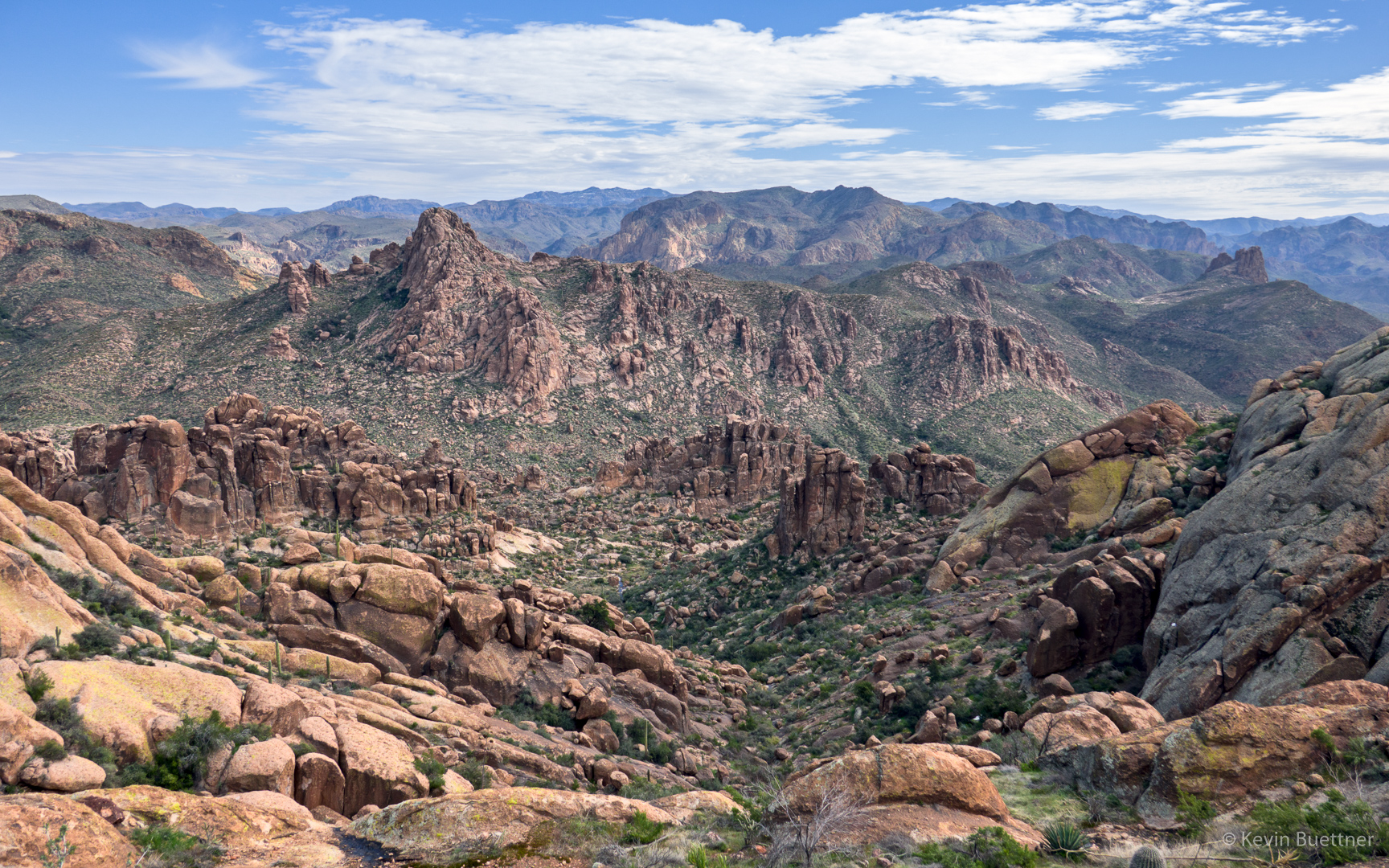 A view of Weaver’s Needle as we’re descending the Peralta Trail NNW of Fremont Saddle. 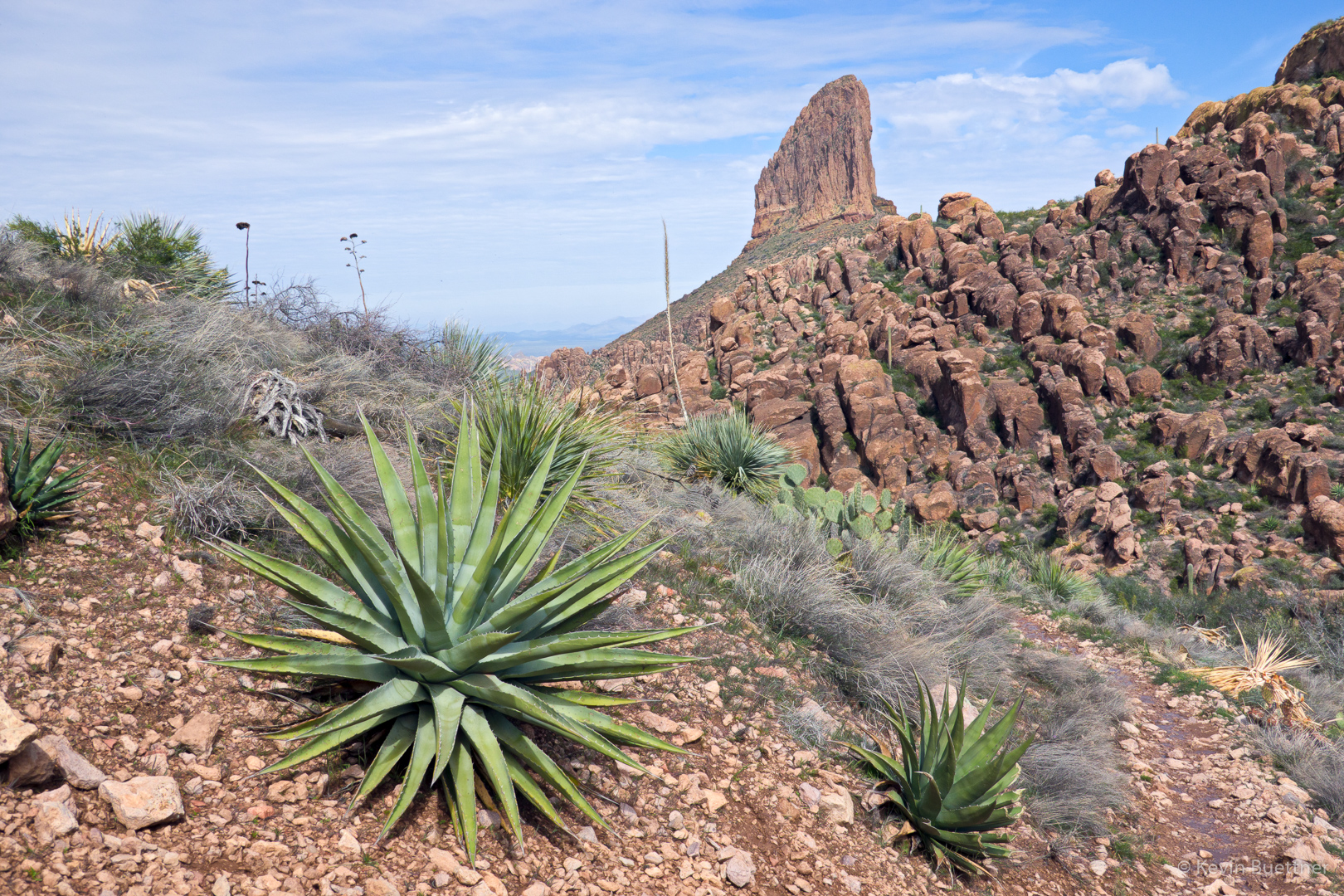 We’re either on the Weaver’s Needle Access Trail or the Crosscut Trail at this point. 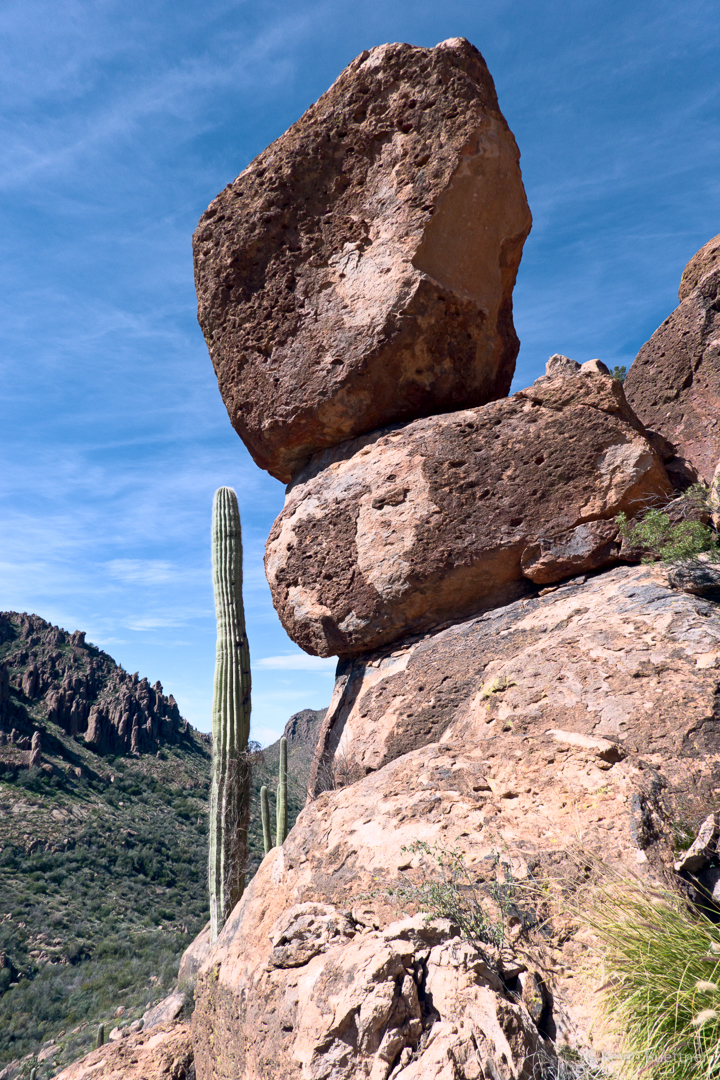 This was one of the easier sections of the Weaver’s Needle Crosscut Trail. The Crosscut Trail had less bushwhacking that I expected, but was somewhat more strenuous than I expected. It was still fun though! 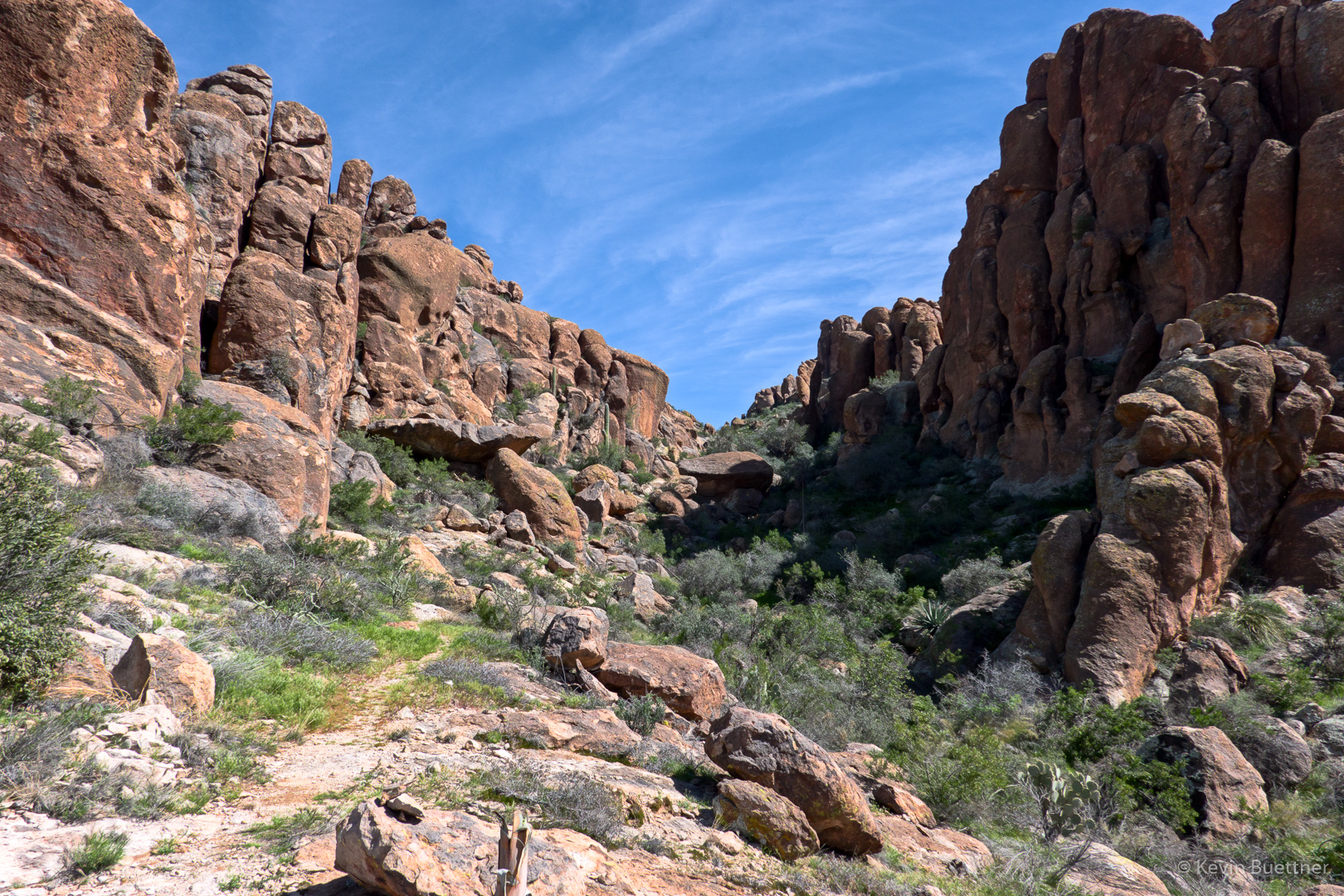 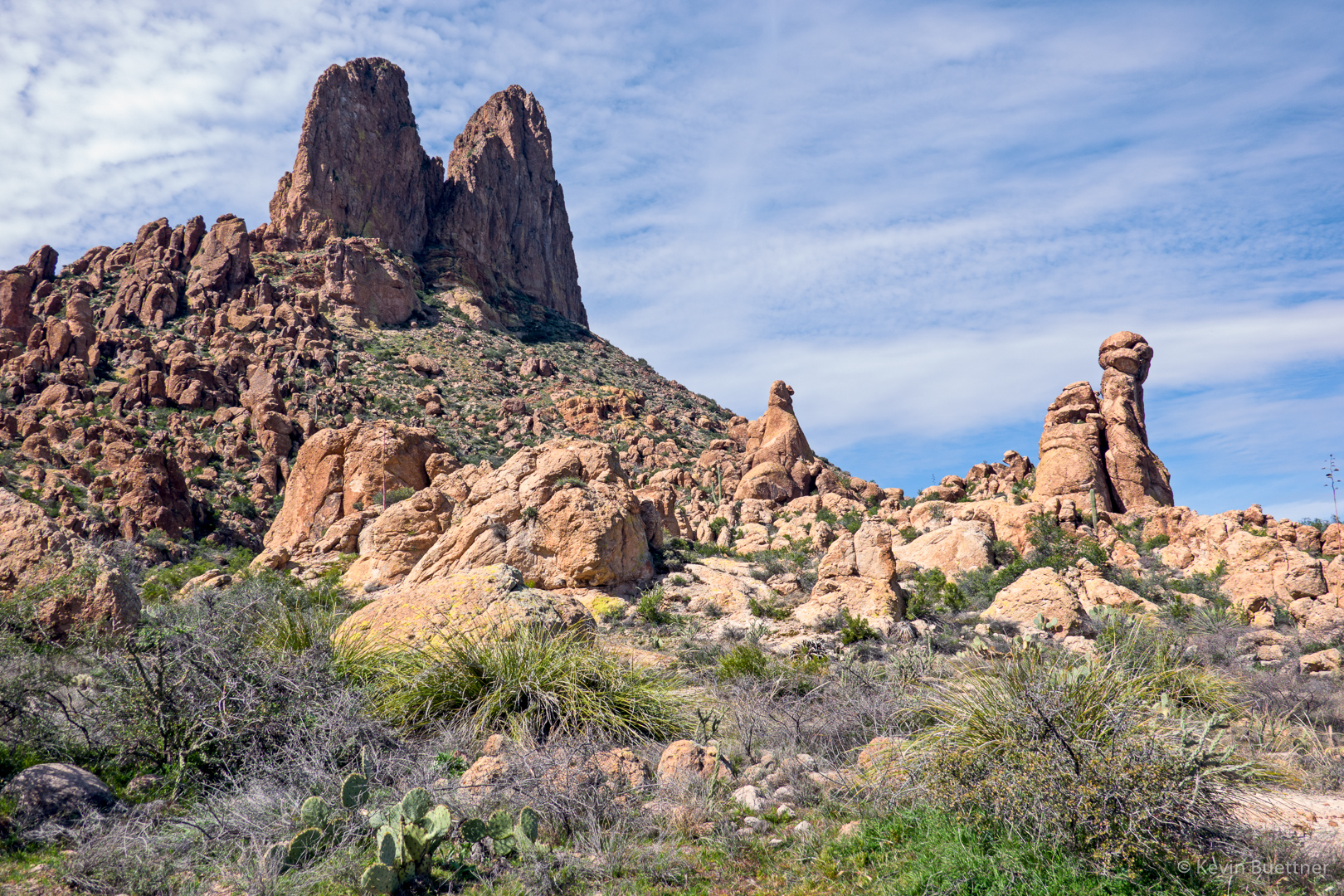 A pair of hikers that we met on the Crosscut Trail told us about this large balanced rock.  The portion on top is at least as large as a bus. However, due to it’s closeness to the rock on the left, you might not even notice it as you hike the Terrapin Trail. I think it’s likely that we would have missed it had we not known about it ahead of time. There was perhaps a 15-20 foot section of trail where you could stand and see a distinct gap between the balanced rock on the right and the neighboring rock on the left. 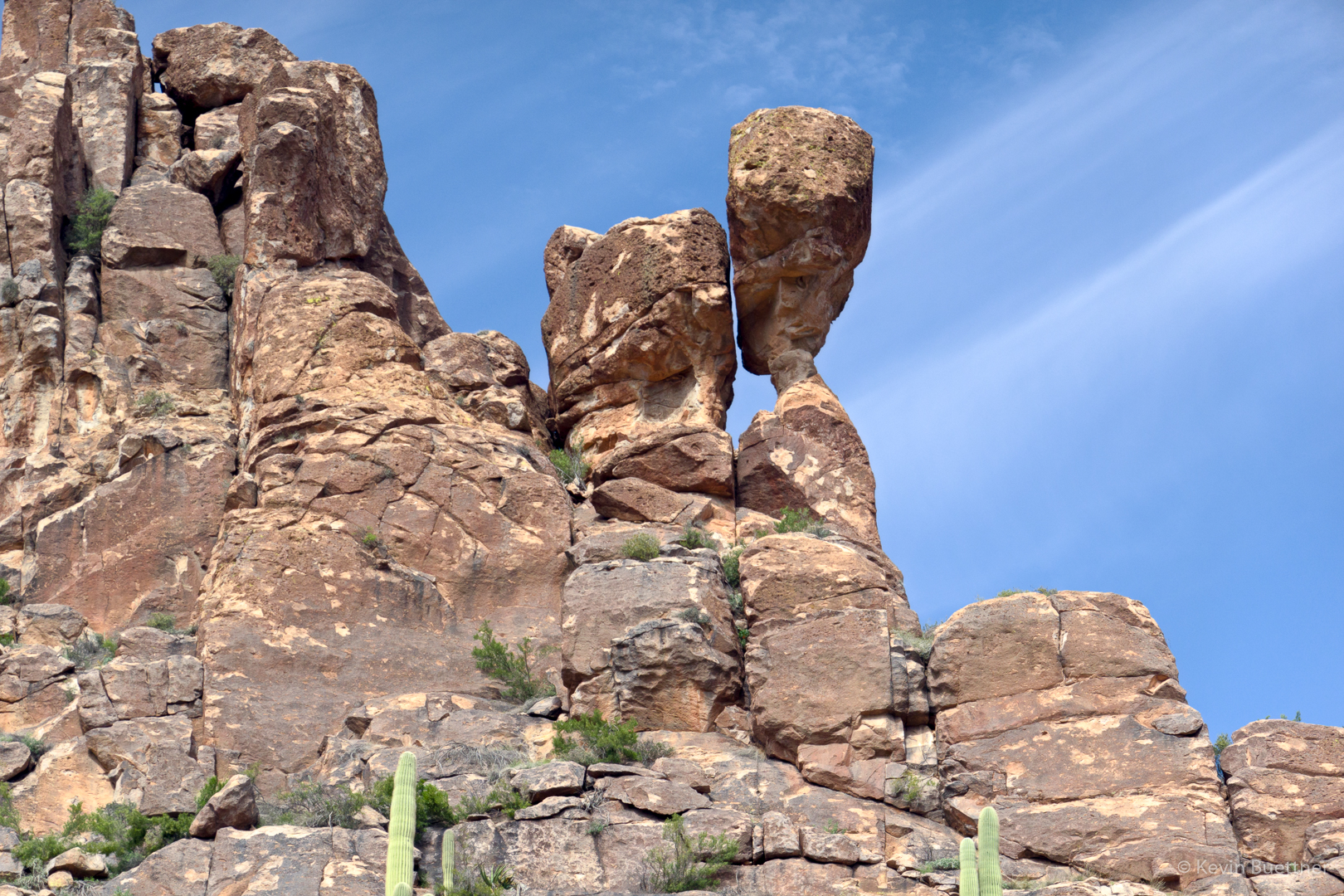 I think we were on Bluff Springs at this point. 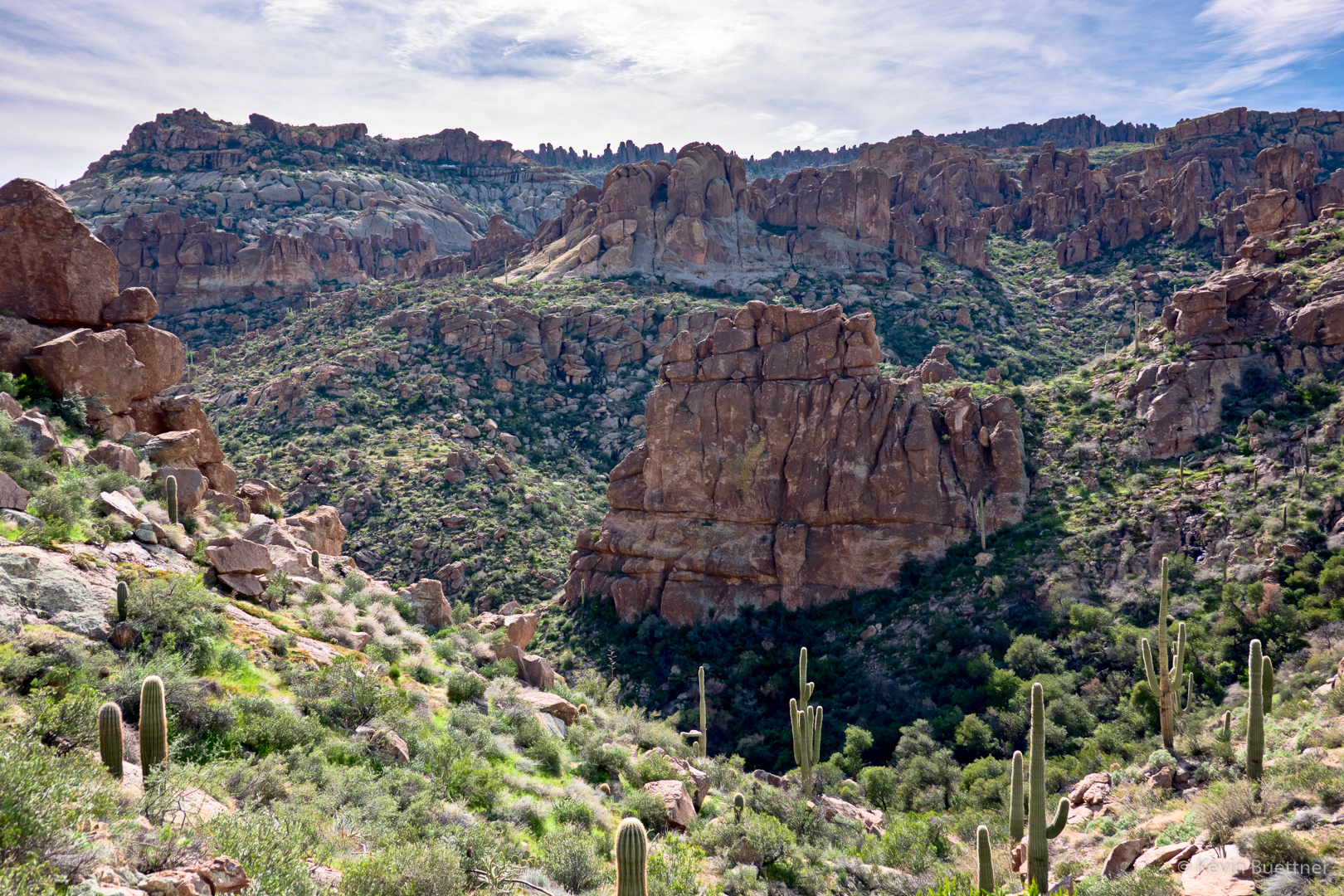 Another view of Weaver’s Needle: 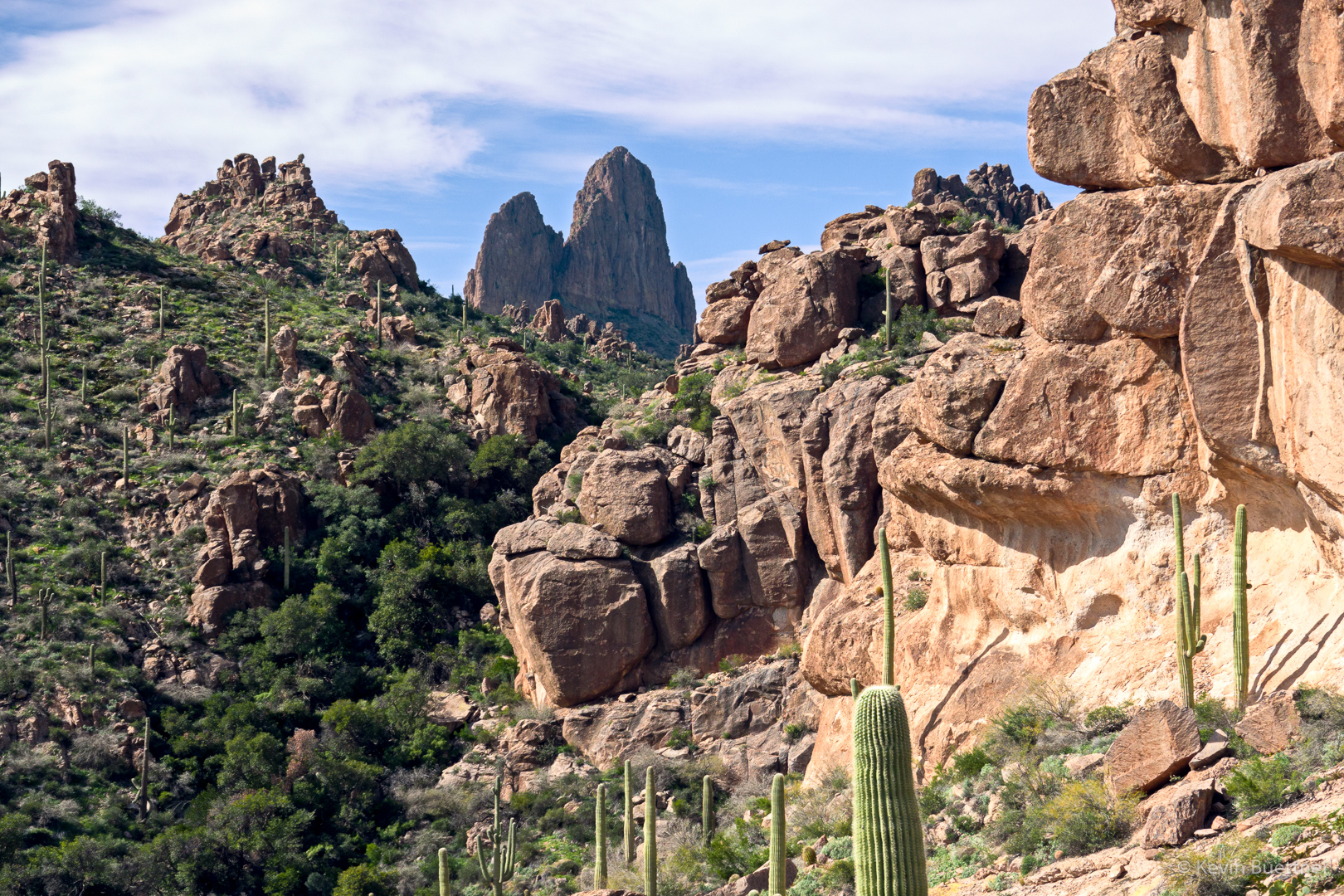 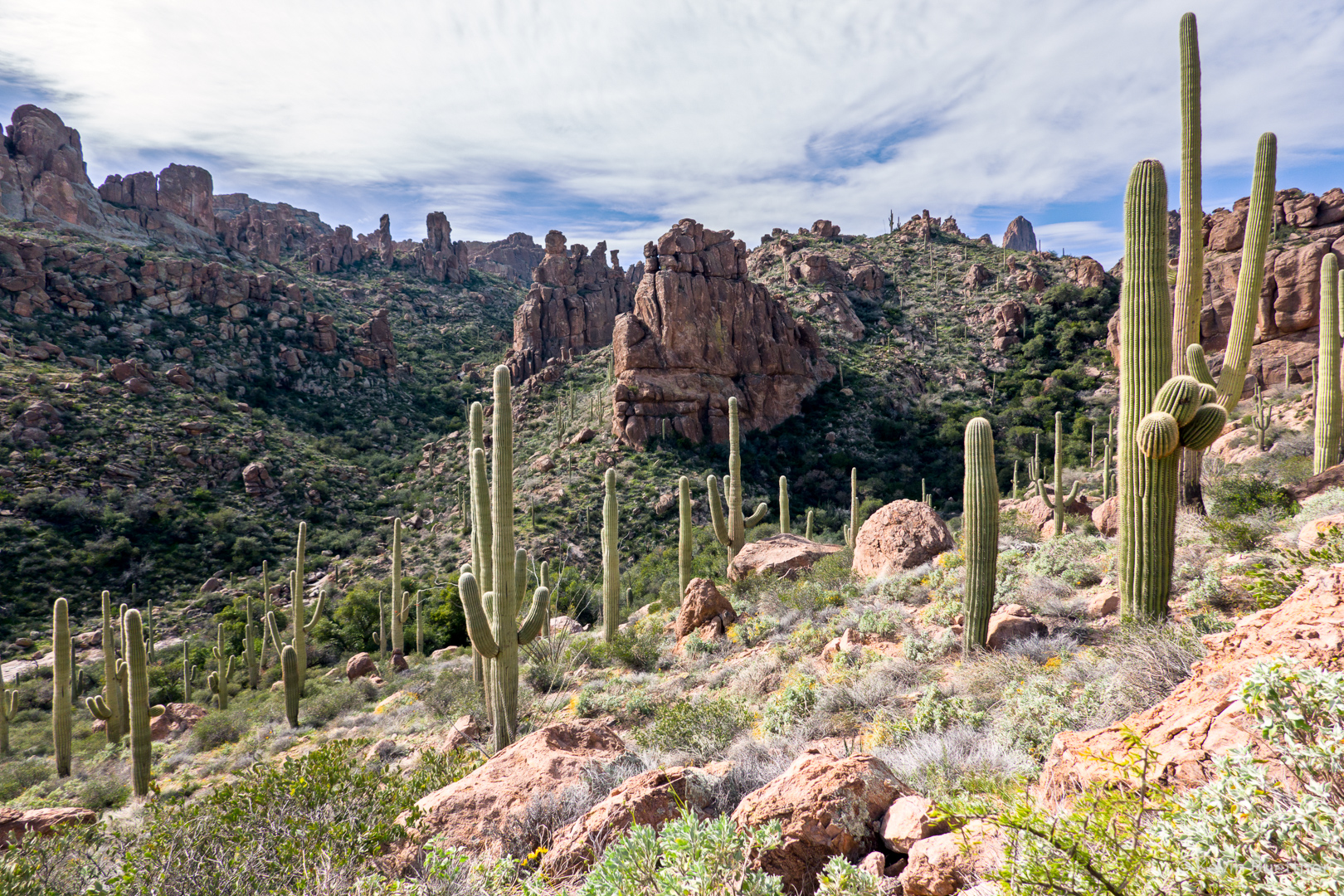 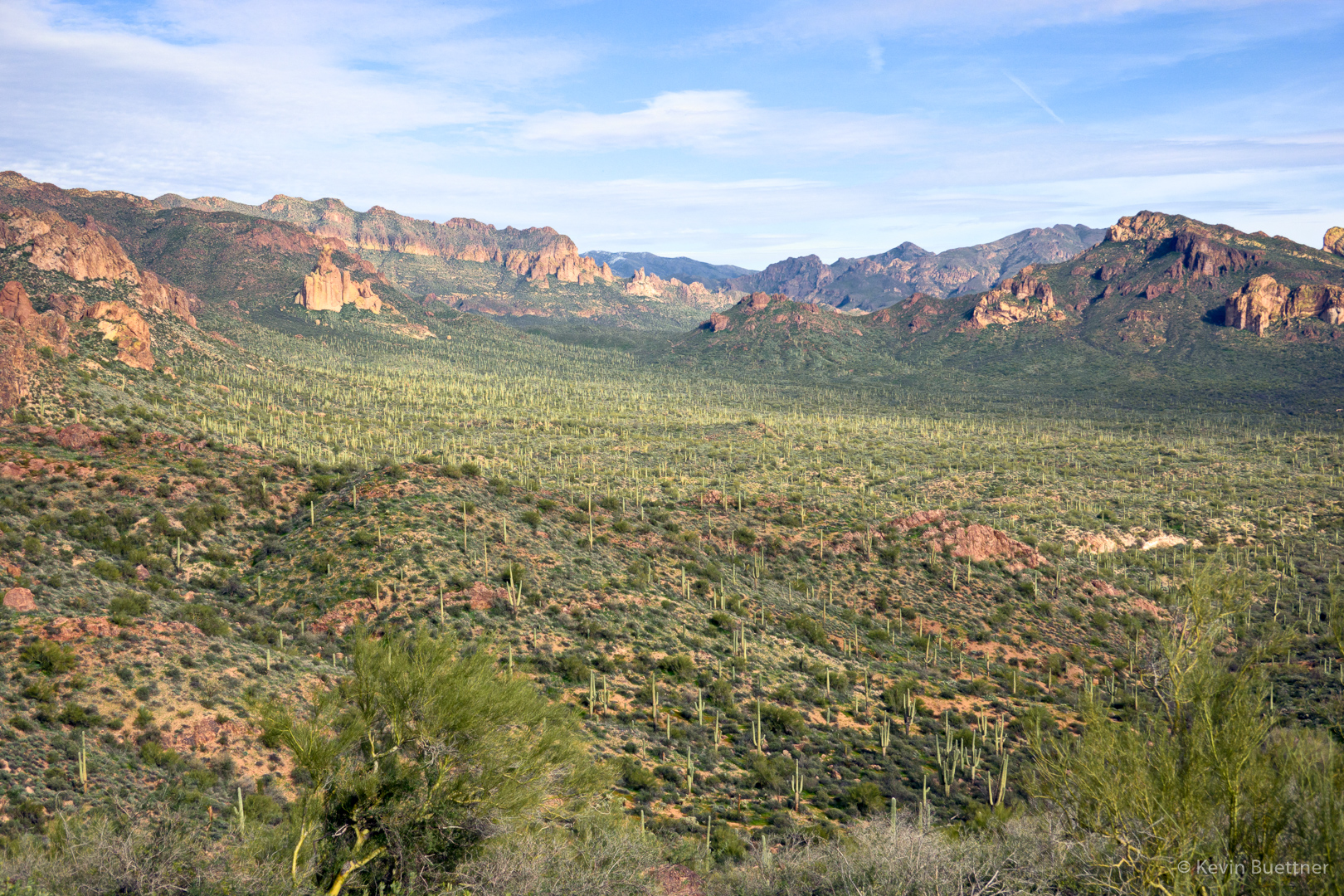 Sunday Hike – Ballantine in the Snow