Starting from the Wagner Trailhead, I hiked 13.4 miles on Friday morning. I did Wagner, left on Granite, right on Bluff, left on Pemberton, right on Rock Knob (and slightly past the intersection with Gooseneck before returning to Gooseneck), Gooseneck, connector trail leading to Saguaro Nest, a short ways on Saguaro Nest, right onto another connector leading back to the park, left on Pemberton, right on Lariat, left on Granite, and left on Wagner.

Sunrise from the Wagner Trail: 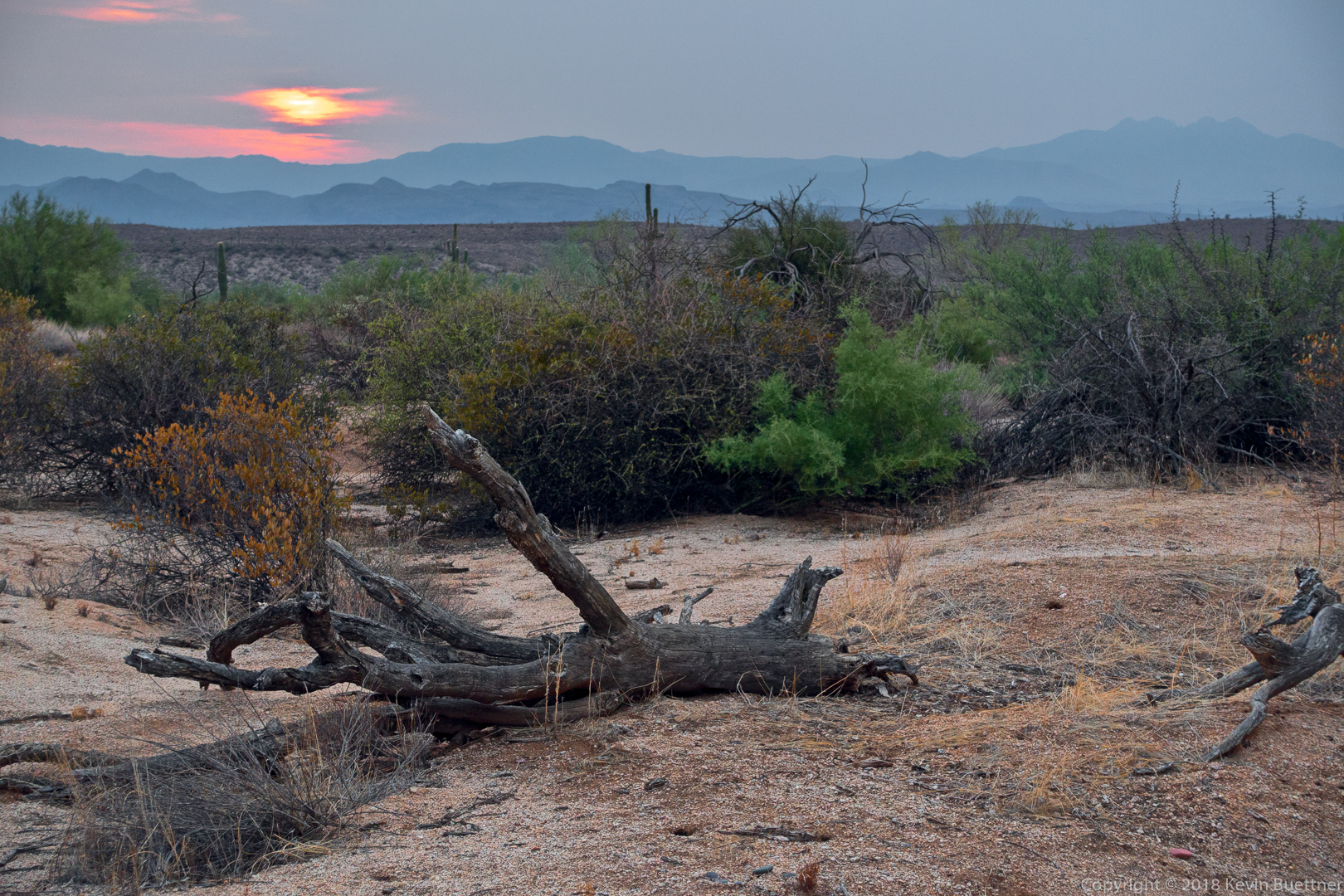 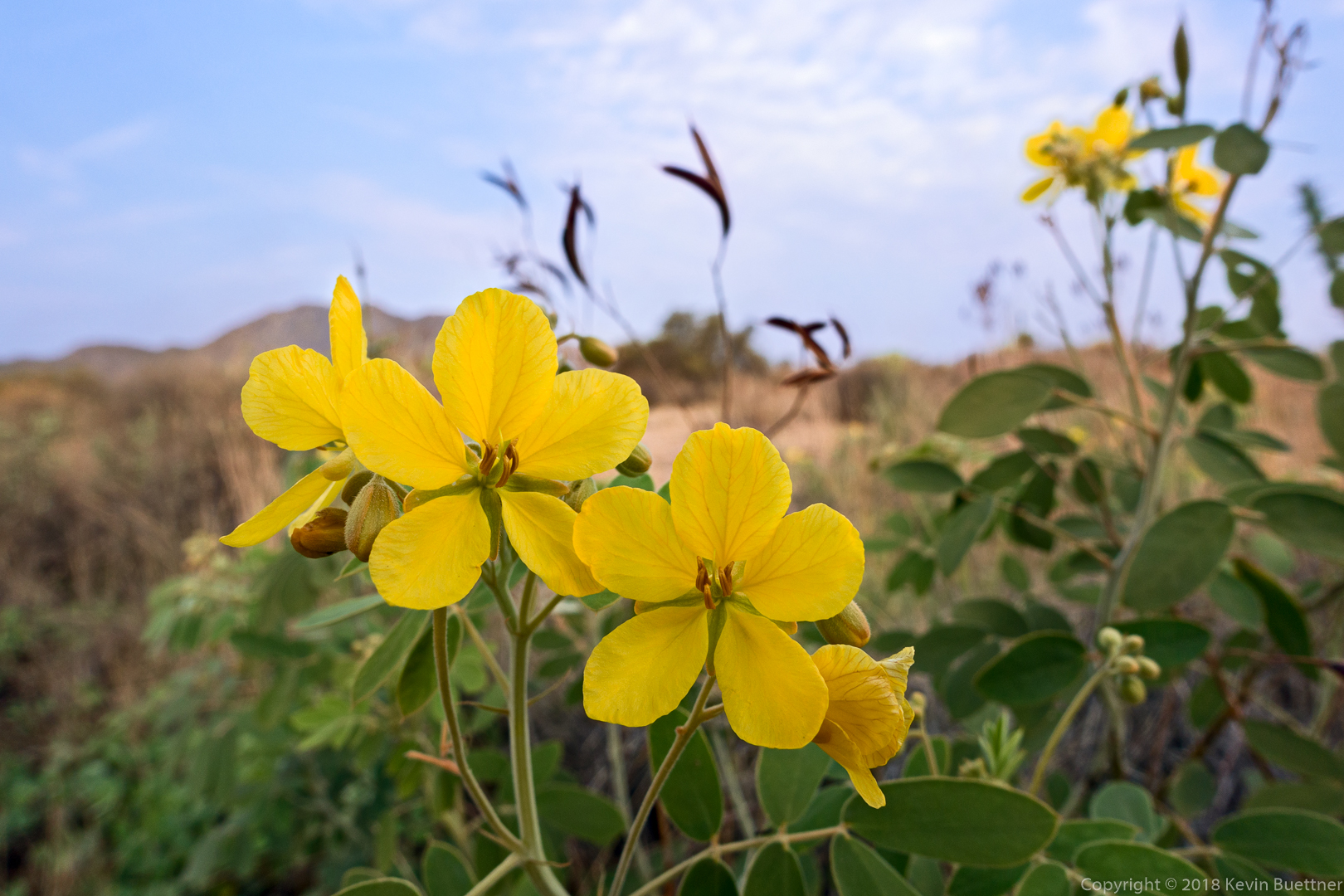 Looking toward the McDowells from the Bluff Trail: 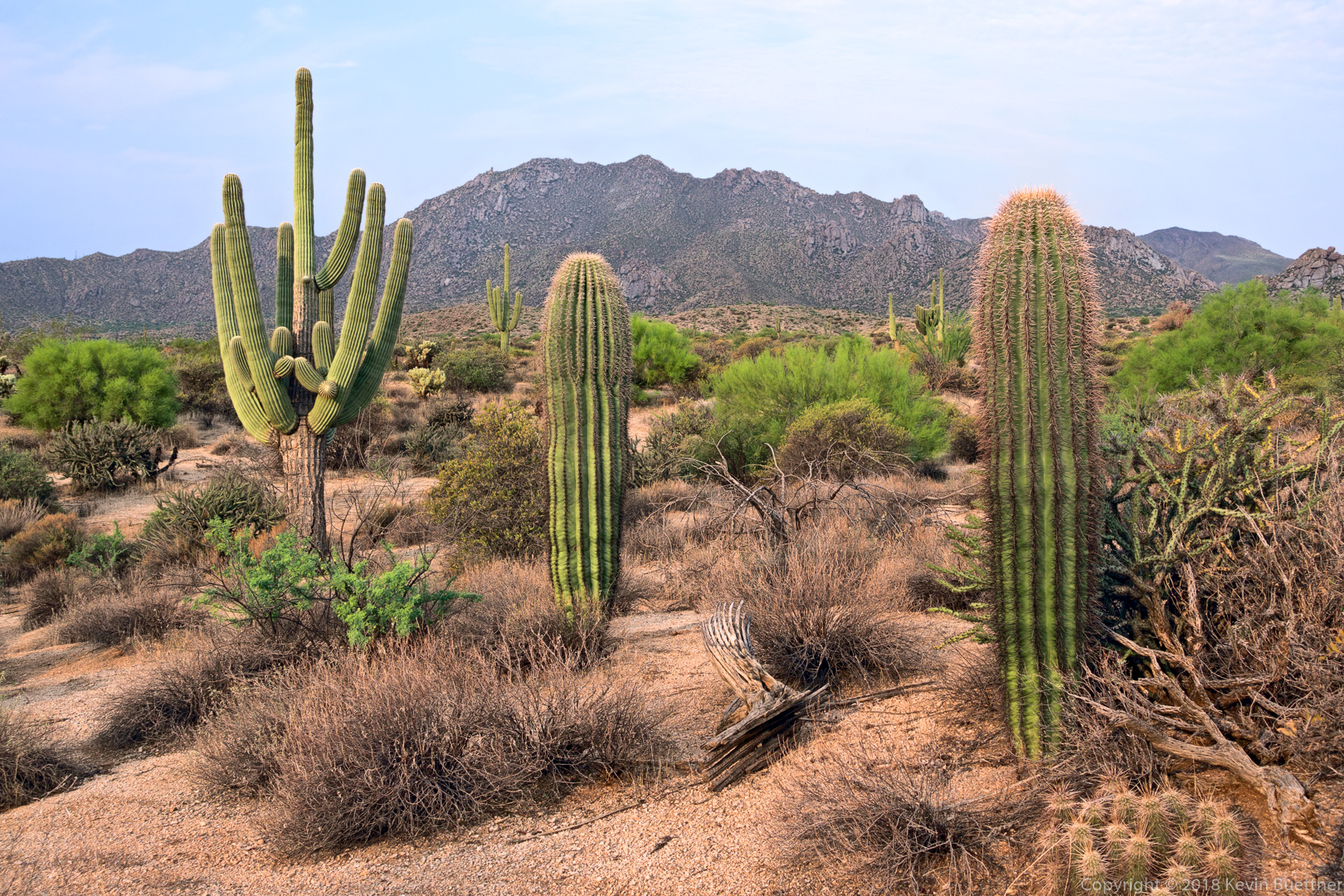 Looking toward Four Peaks from the Bluff Trail: 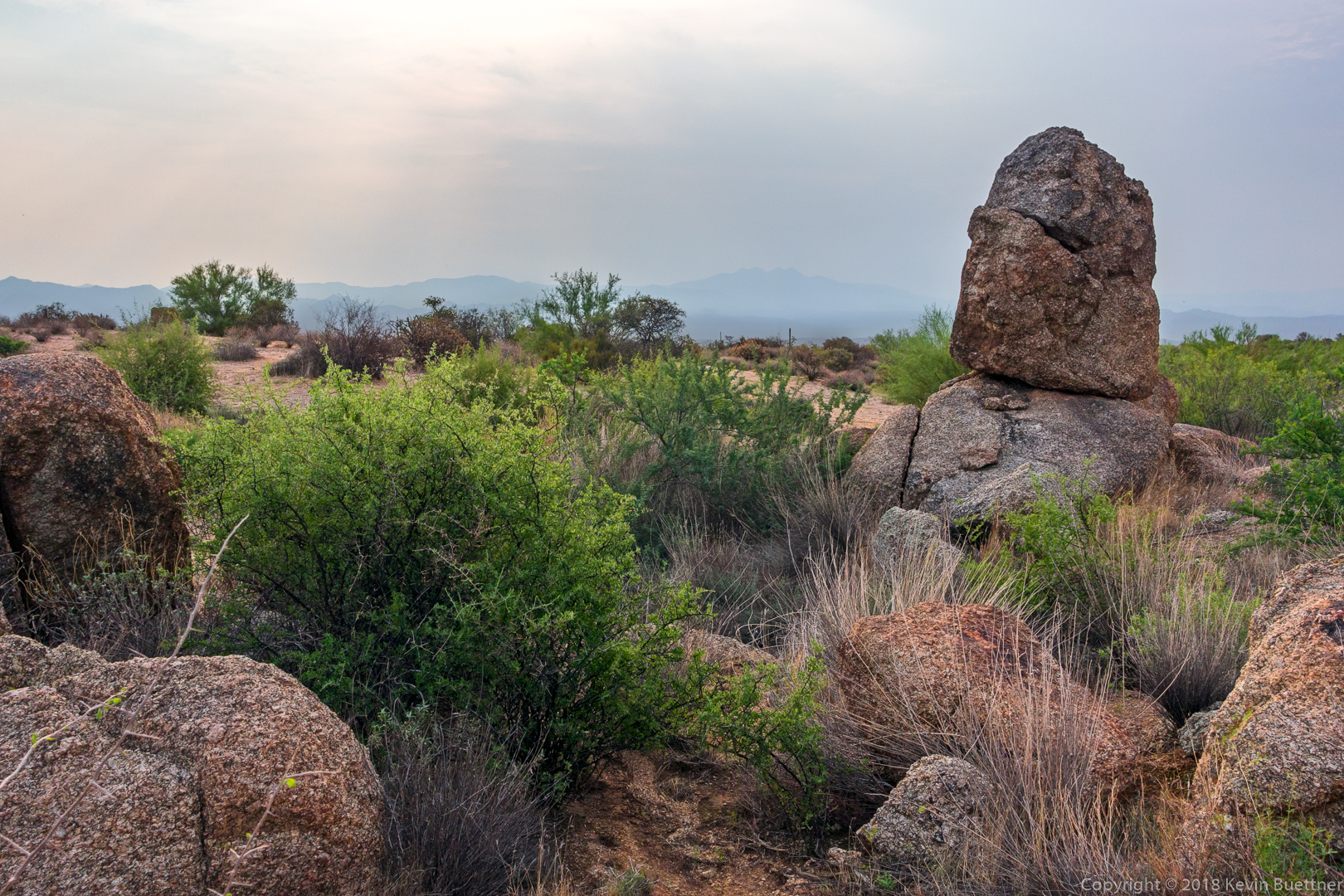 A view of Sven Slab (left) and Tom’s Thumb (right) from the Rock Knob Trail. I had hiked a short ways past the intersection with Gooseneck to get this photo. 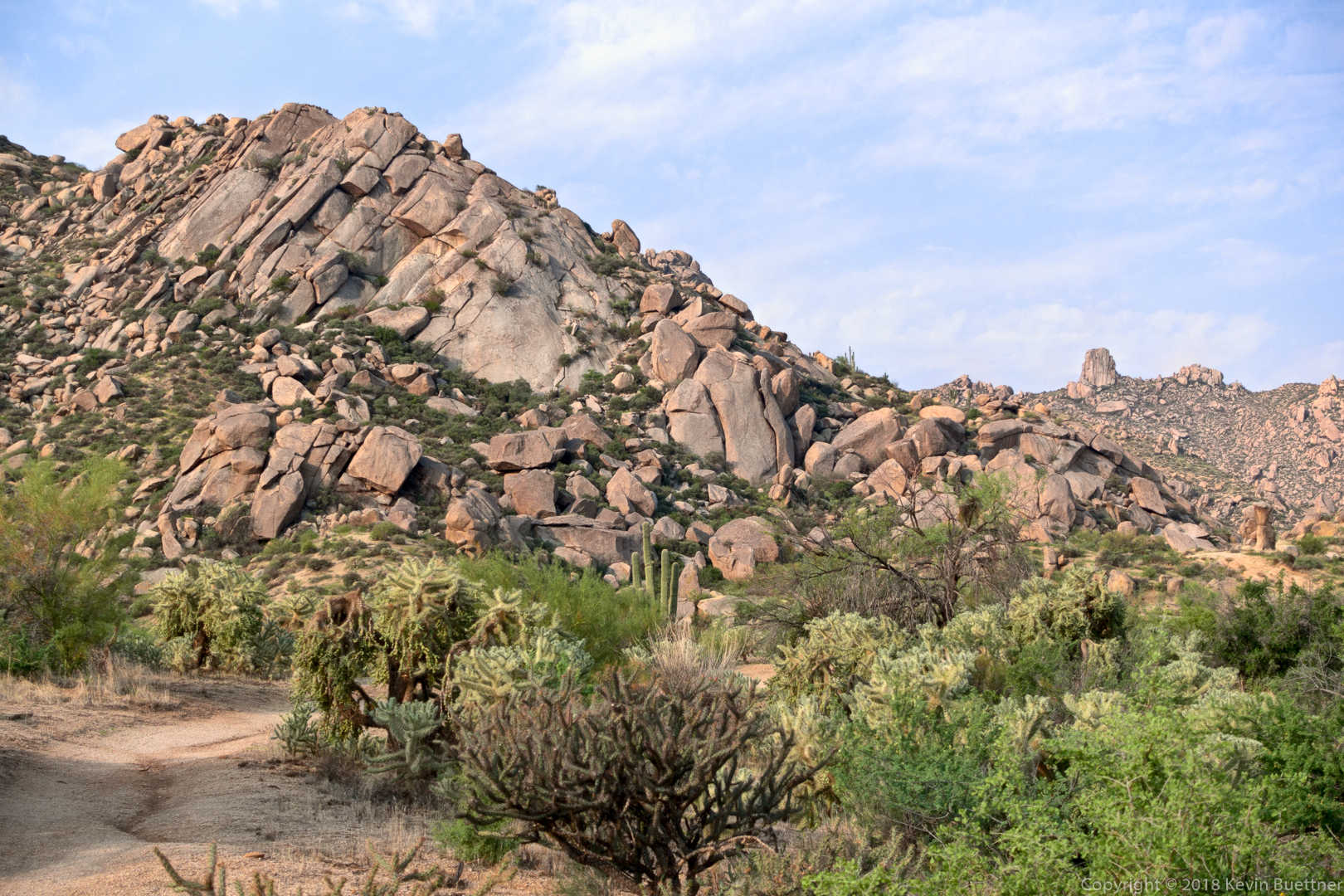 A view from the Gooseneck Trail: 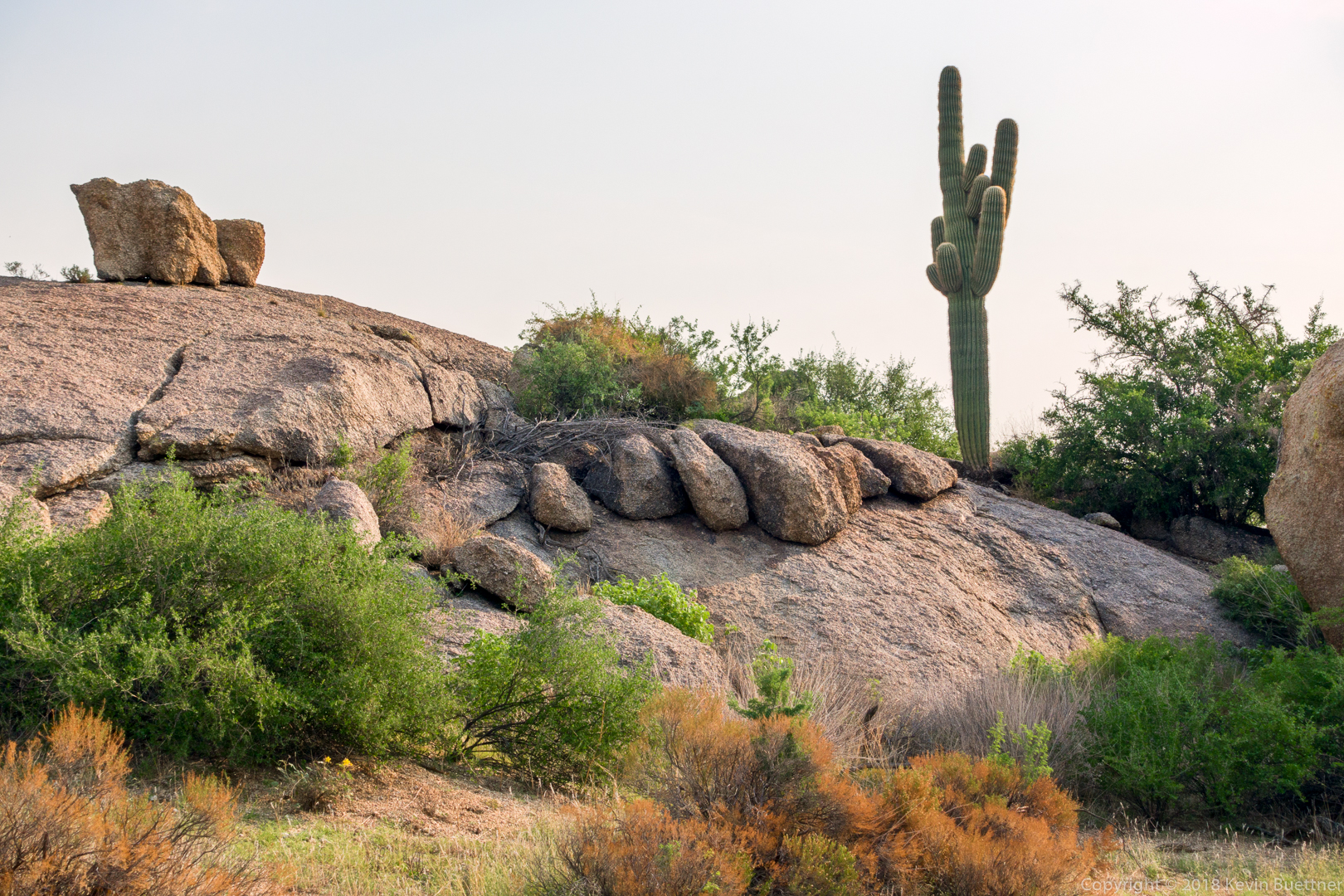 I think this is the most water that I’ve ever seen in Granite Tank! 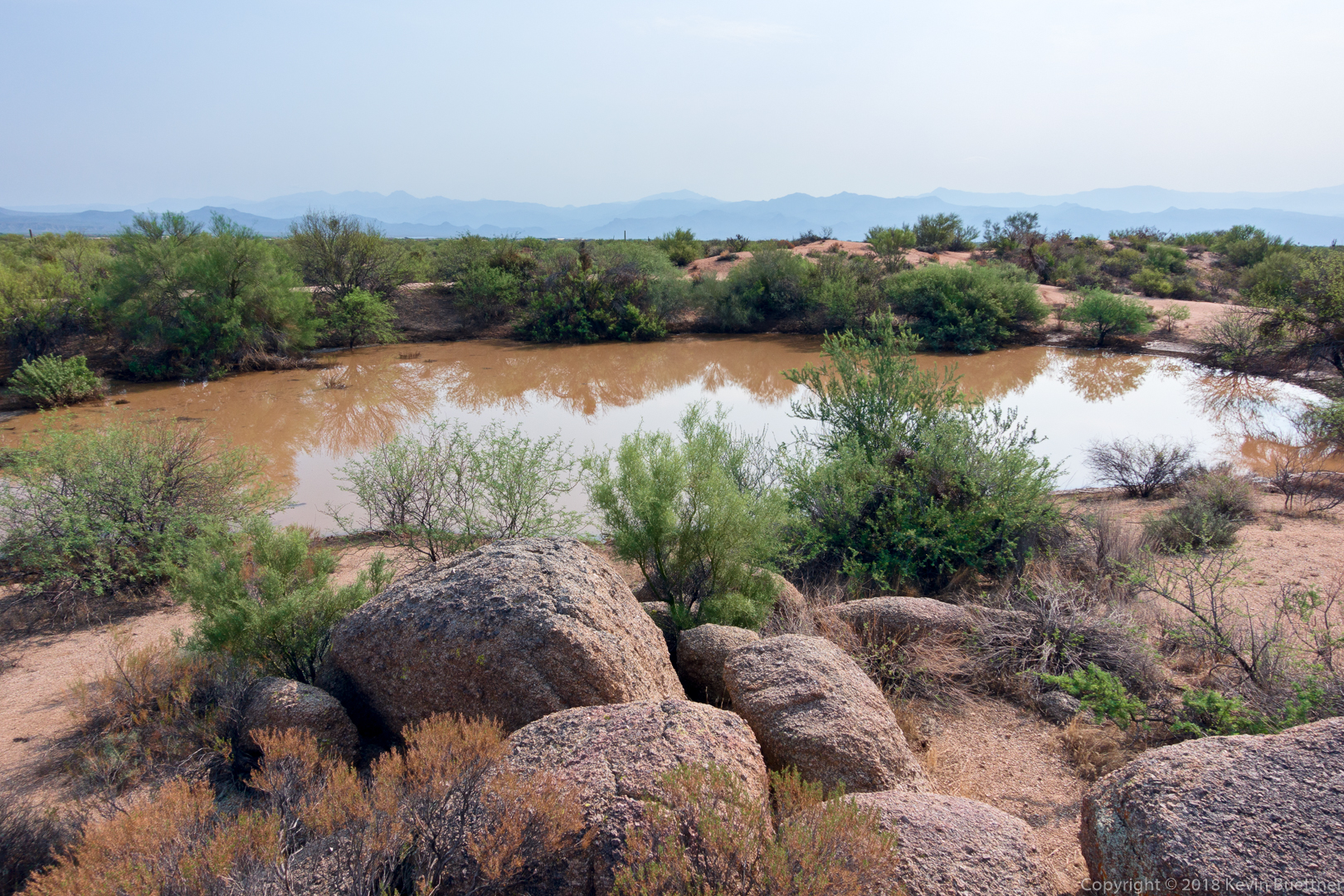 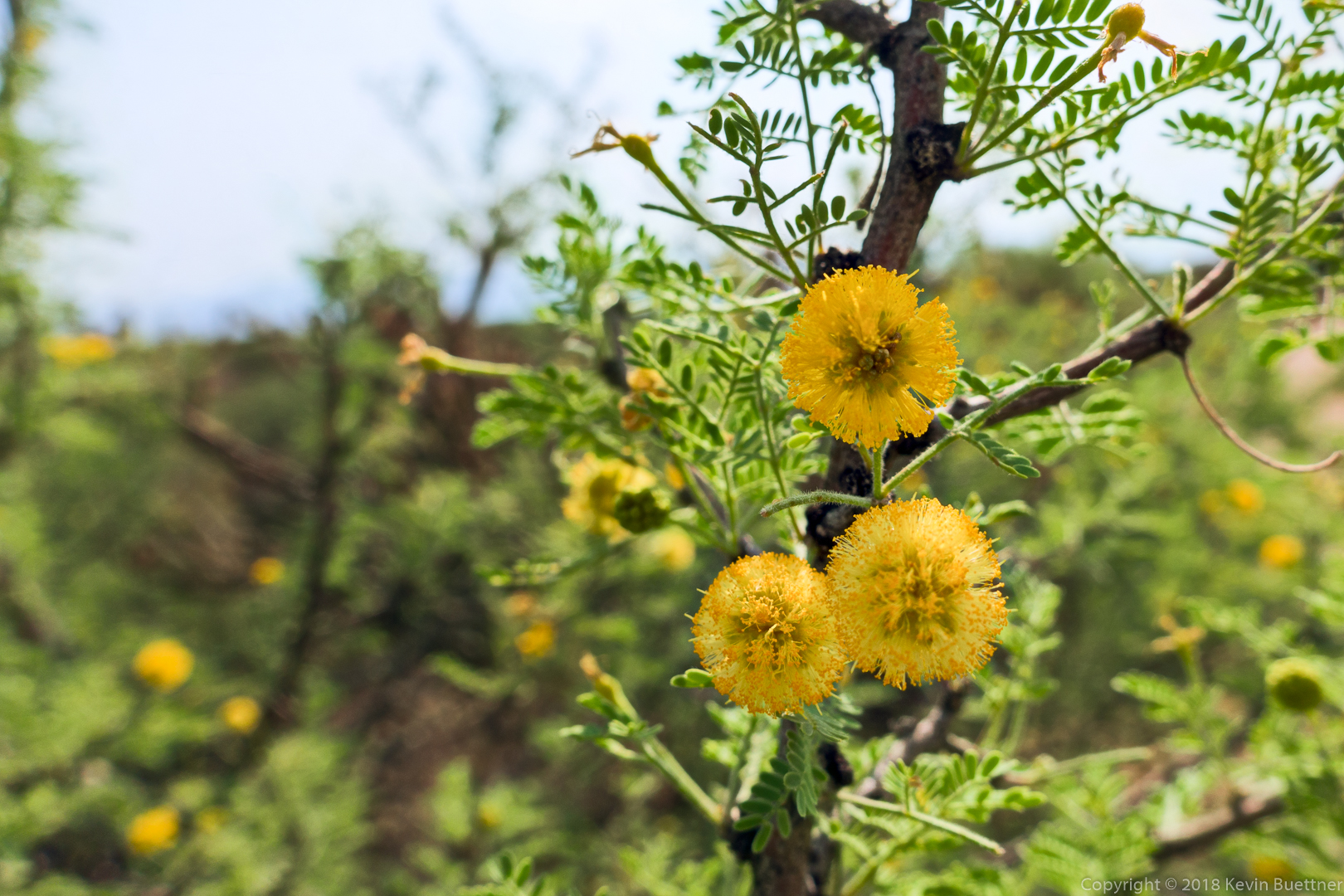 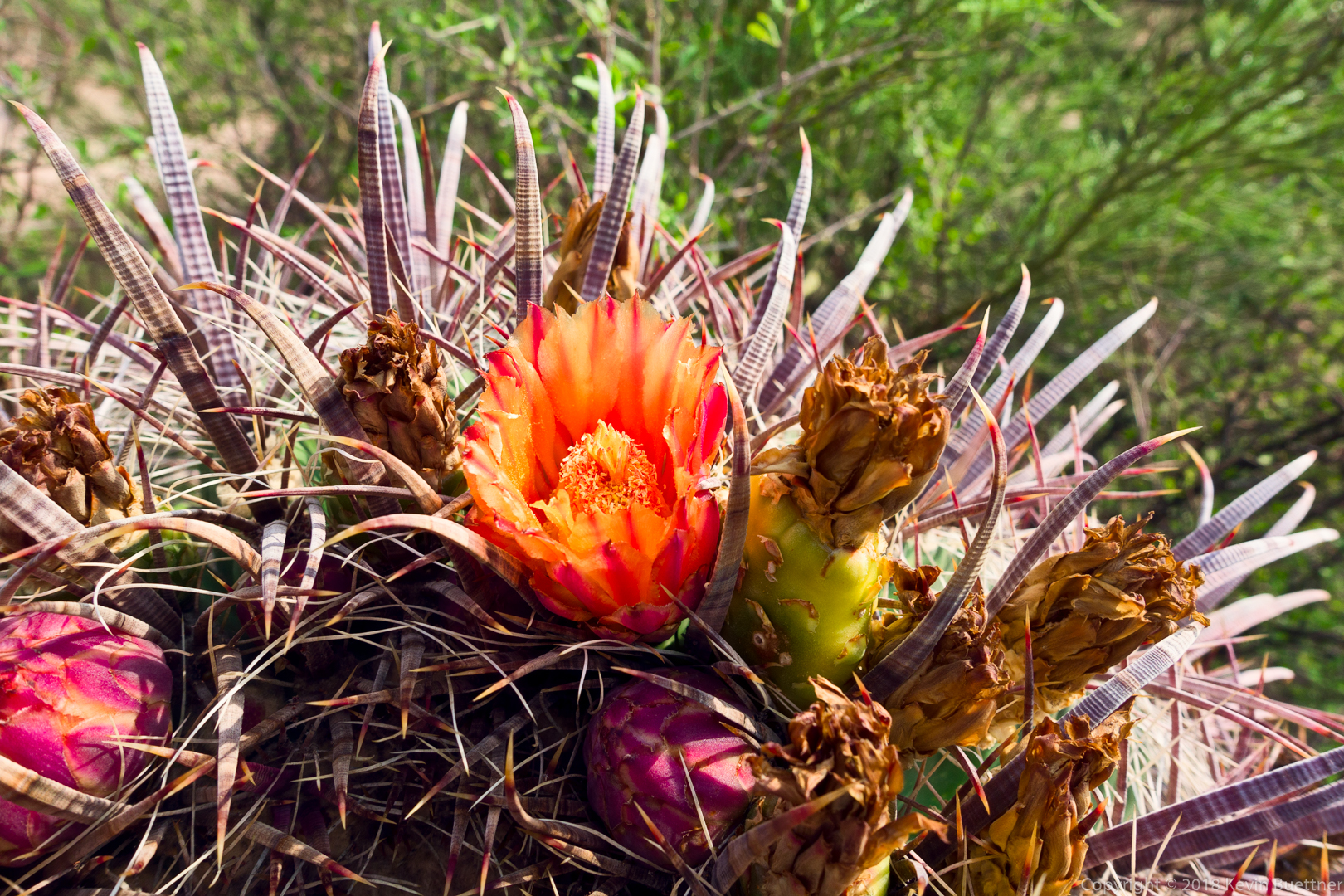 7.7 miles on Wednesday Night. I got caught in the monsoon midway through the hike and got wet.

This is the triplog I posted on HAZ:

A wet hike in MMRP…

I was planning on just doing one of my normal workout loops in MMRP. I figured it’d be hot and dry.

After my wife dropped me off at the entrance station, I walked through the horse staging area and then hiked Shallmo, getting what I think might be a good photo along the way. Not sure I’ll be able to retrieve it because the camera seems to be dead at the moment – but the memory card might still work.

Anyway, I continued on Pemberton and started seeing lightning off in the distance. Started up Scenic and noticed rain converging on the park from both east and west. Took a photo of this phenomenon, put the camera in a plastic zip lock bag (which I maybe didn’t totally zip?) and continued on. Moments later the rain started…

It was coming at me sideways from the east. Gusts of wind while hiking the ridgeline of the Scenic trail nearly caused me to lose my balance several times. As I continued on, the trail turned into a small stream, forcing me to one side and then the other (repeatedly) for better footing. At other times, I walked through the water because that was easier. The wind was especially fierce at a few points where it was funneled over the ridge by terrain to the east. The sideways rain was especially hard in these areas and gave my exposed skin a good scouring. The brim of my hat protected my face and side of my head.

I got out my headlamp for the last descent from the ridge. The rain had, somehow, started blowing at me from the other direction. I got a call from my daughter wondering where I was as I made my way down. She and my son set out to pick me up. I told them to bring lots of towels.

The rain let up somewhat by the time I got to Cinch, but a relatively minor wash was flowing pretty heavily and I had to figure out how to ford it. I tried crossing at a narrower section, but the bank on the other side was too high to go up in the wet conditions. I backtracked and crossed where the trail was. The water was about calf deep.

The rain had pretty much stopped by the time I got to Escondido. I met my kids at the entrance station. My son had driven his jeep and had somehow managed to cross three heavily flowing washes on the way to the park.

On the way back, he passed some stopped vehicles and crossed two of the washes, but at the last wash a police officer had blocked the road on the other side. We got out and crossed the wash on foot, then talked to the officer for a while. We waited and noticed that the water level was going down. But there was still a lot of debris – large rocks and some branches in the road. Four of us, myself, my kids, and another motorist spent 15-20 minutes clearing the worst of the debris. There was now a driveable path from one side to the other. Somewhat to my surprise, the cop let us all cross – first the northbound direction and then the southbound.

It turned out to be a much bigger adventure than I expected! 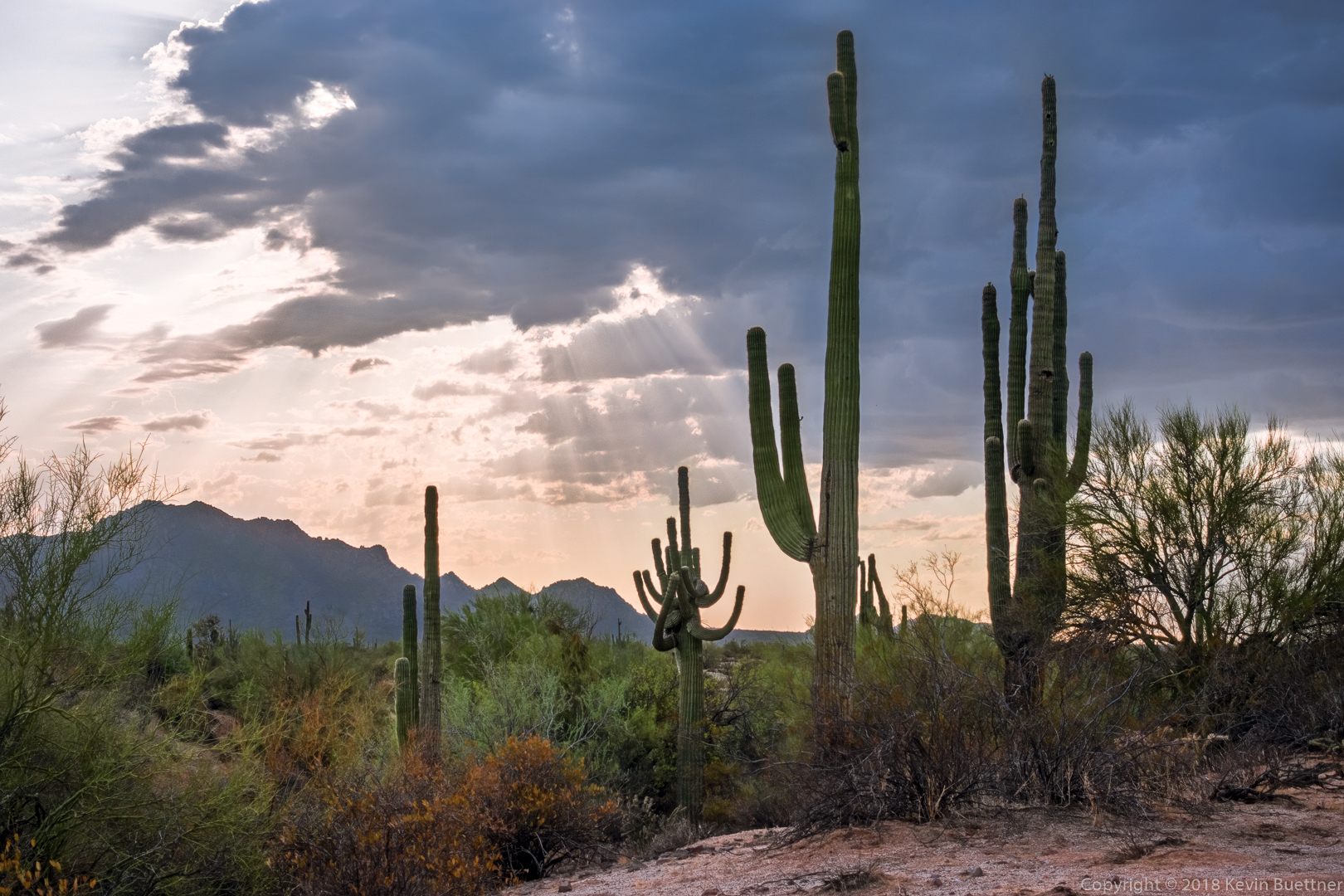 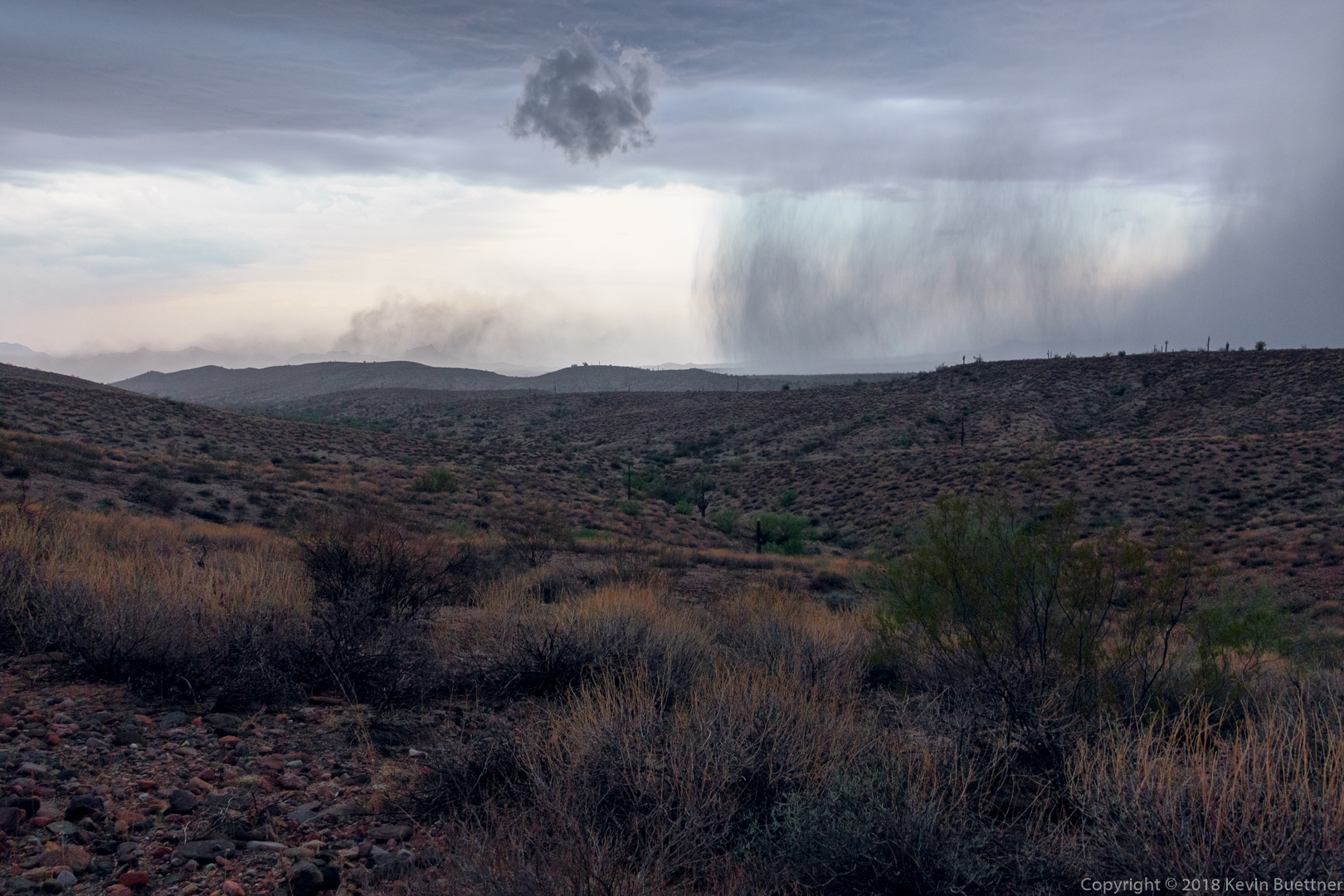 Joe got this photo of a toad outside our front door. 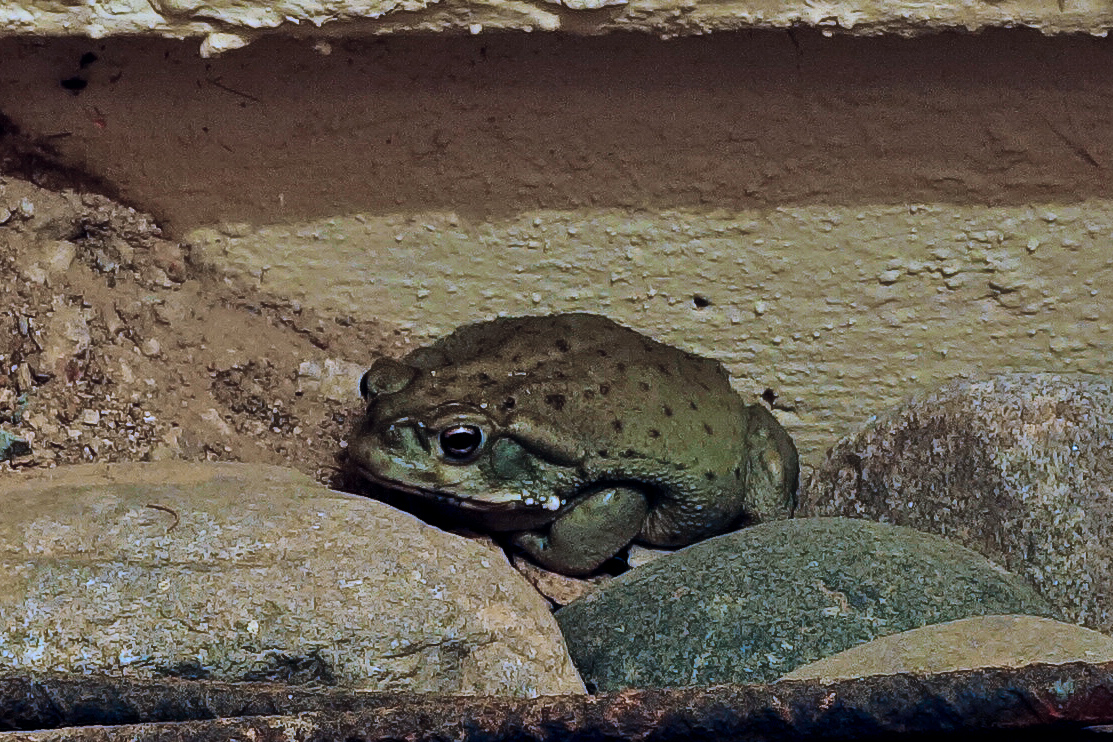 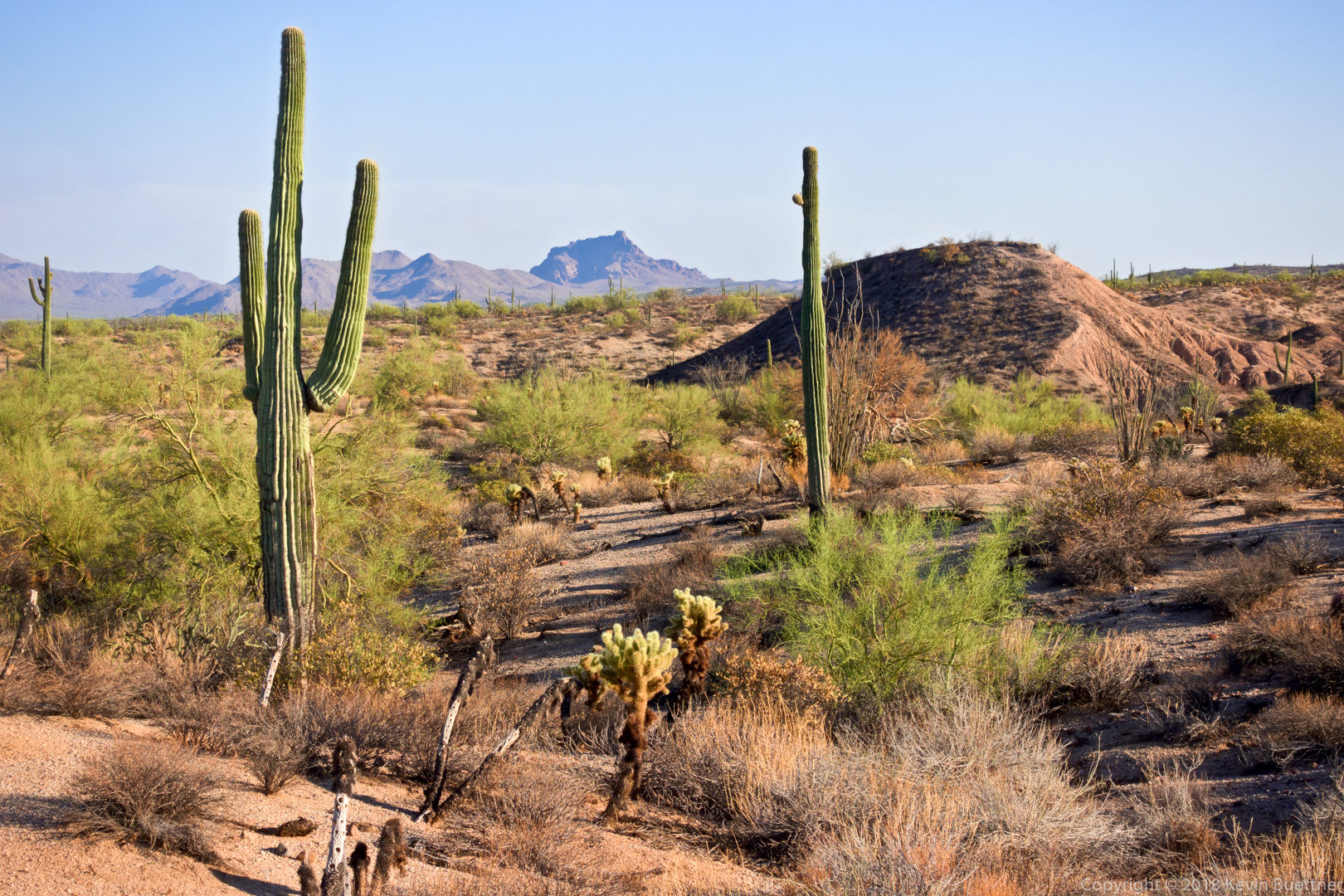 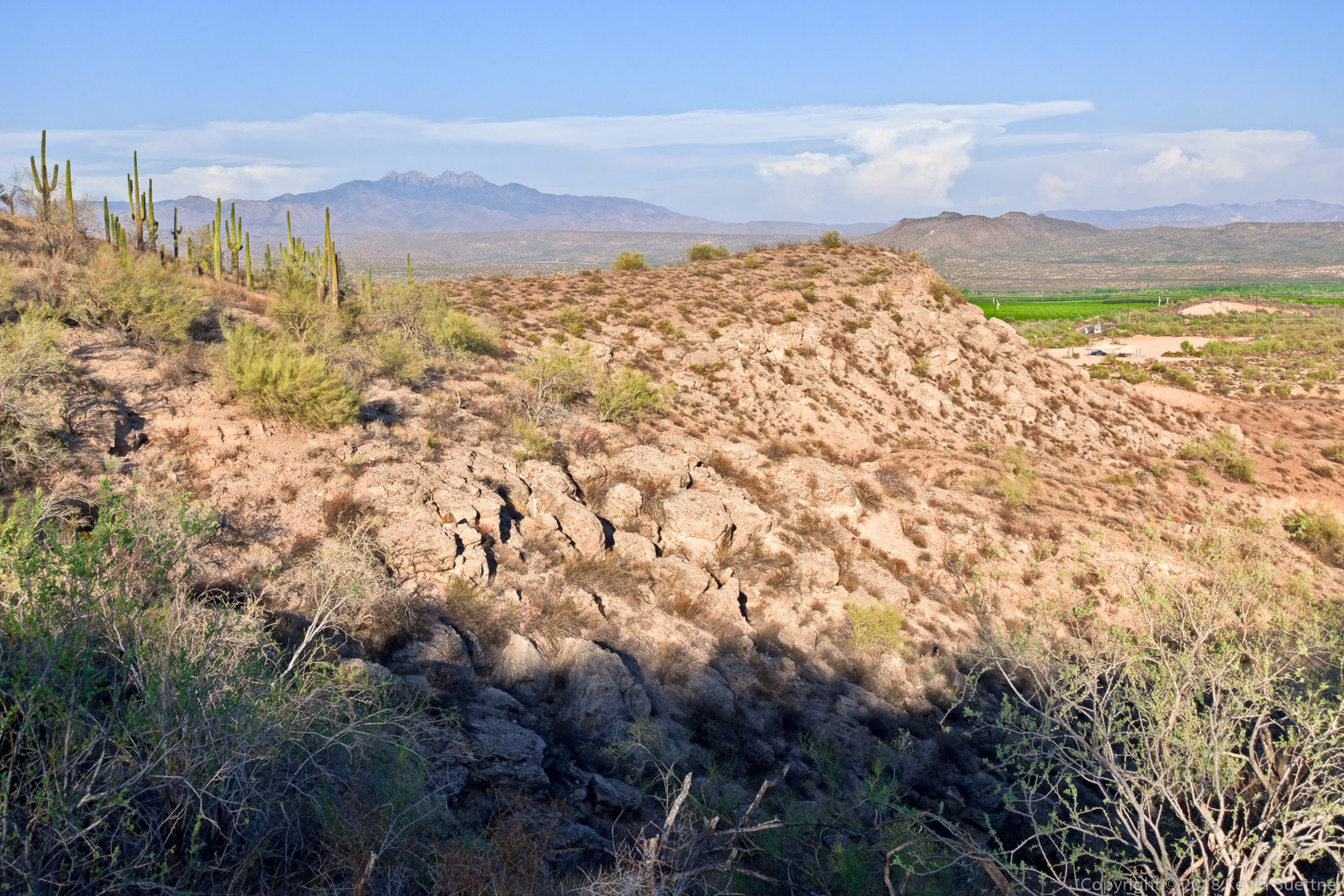 Starting from the Trailhead Staging Area, I did a 12.4 mile loop: Shallmo, Escondido, Pemberton, Scenic, and Pemberton.

A view of Red Mountain from the Shallmo Wash Trail: 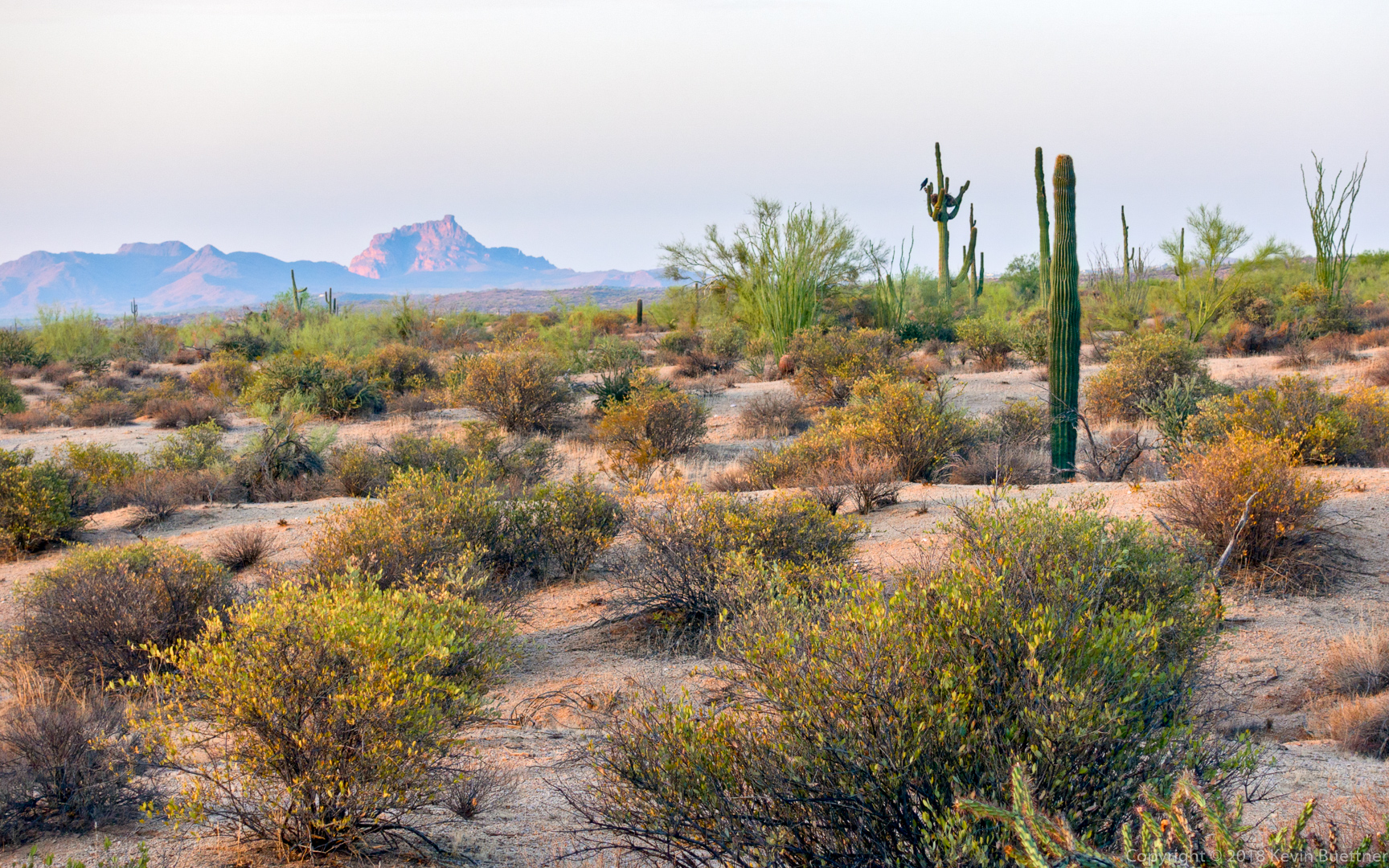 This is perhaps one of the better views from the Escondido Trail. 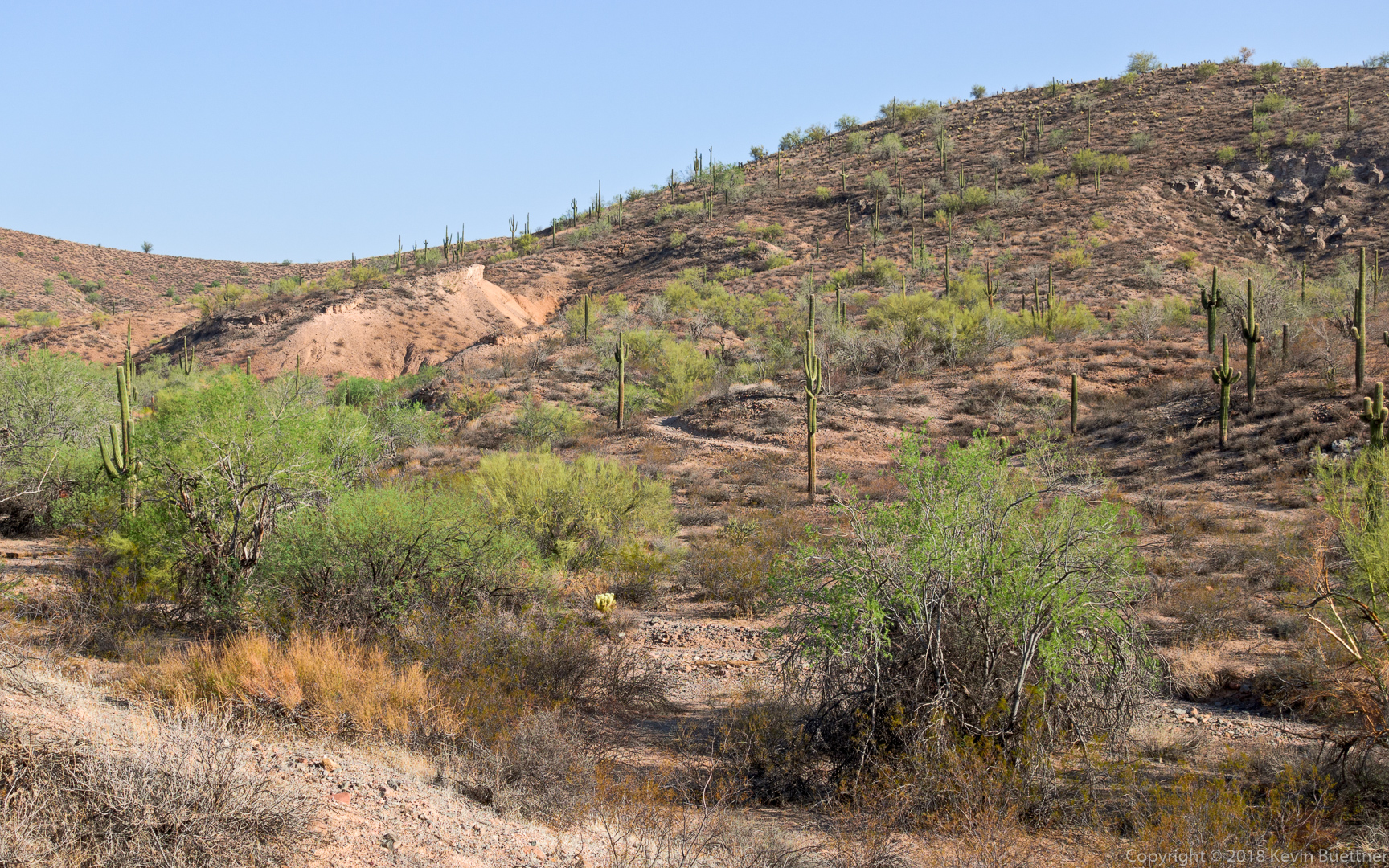 Another view from the Escondido Trail: 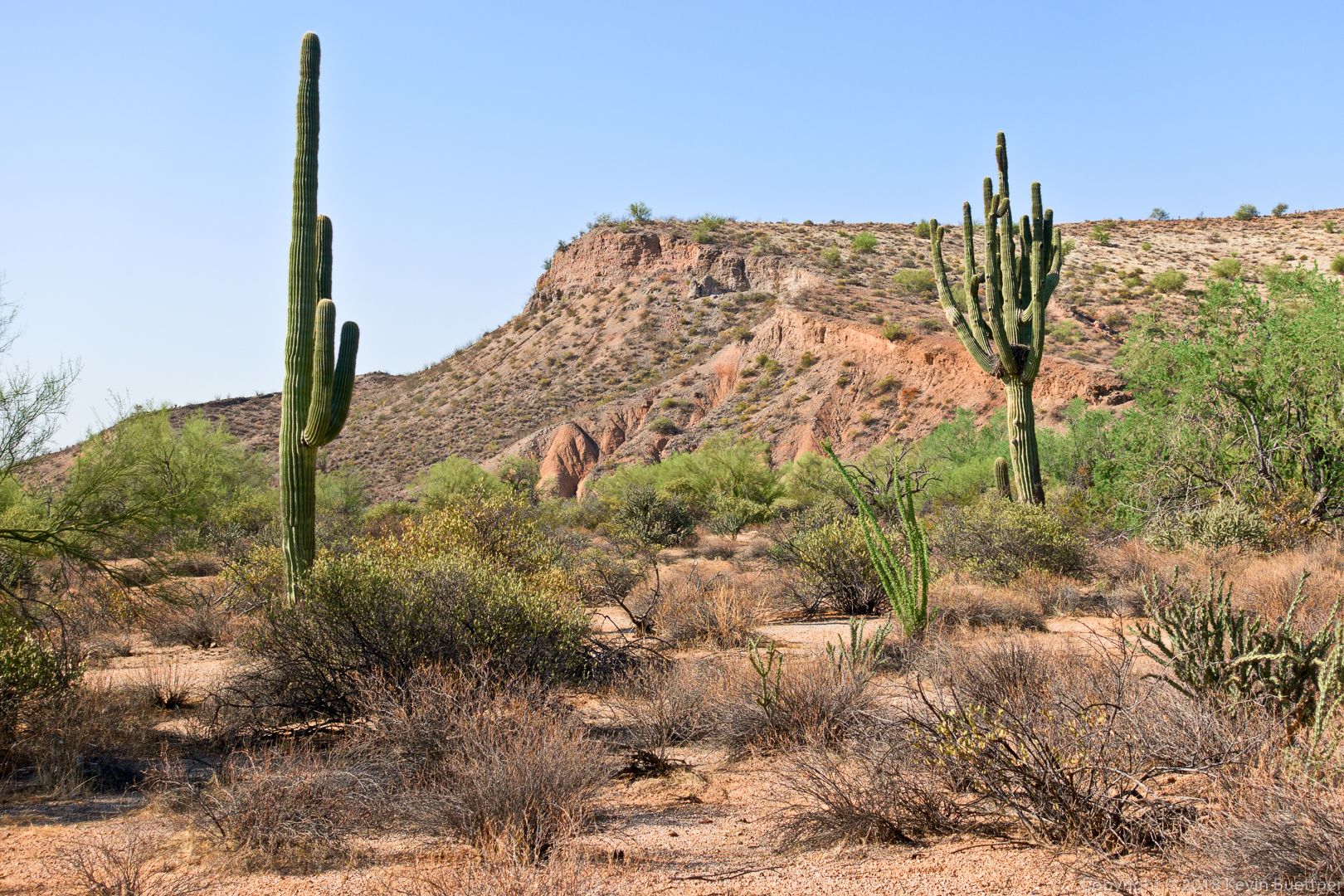 Looking toward Red Mountain from the Scenic Trail: 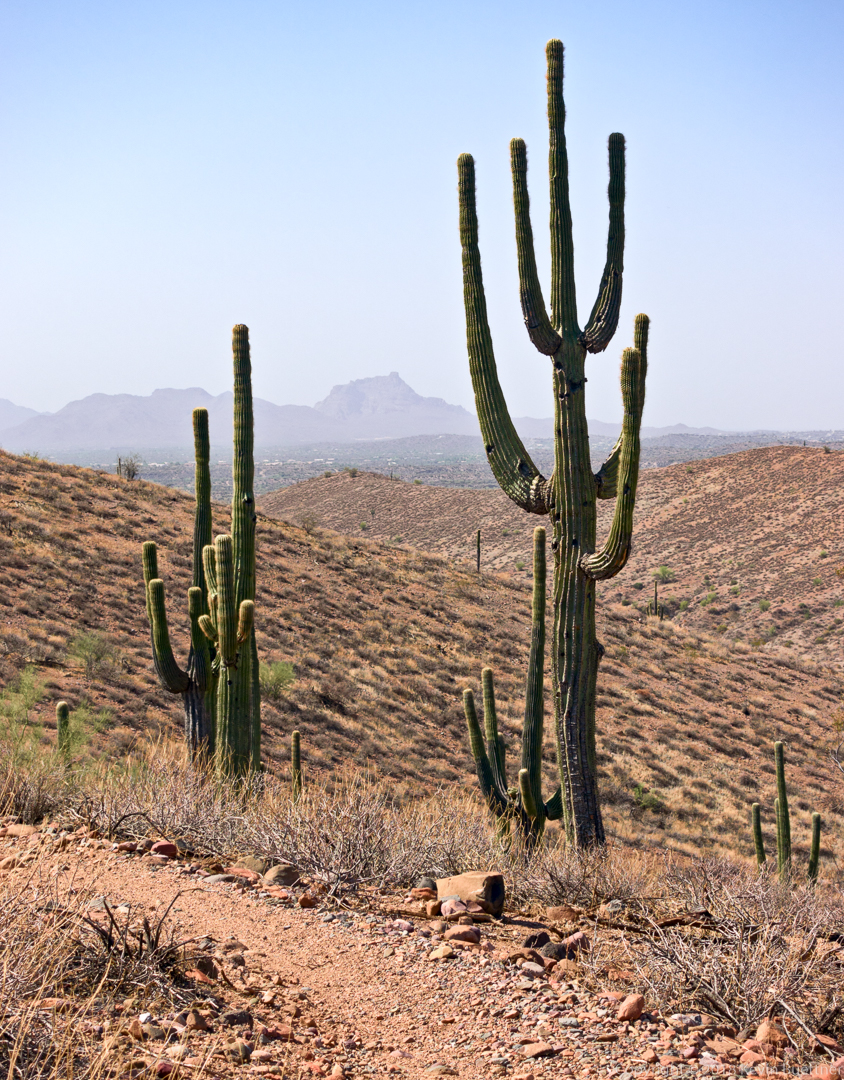 8.4 miles on Wednesday Night. Temperature was 106 when I started and 98 when I finished. 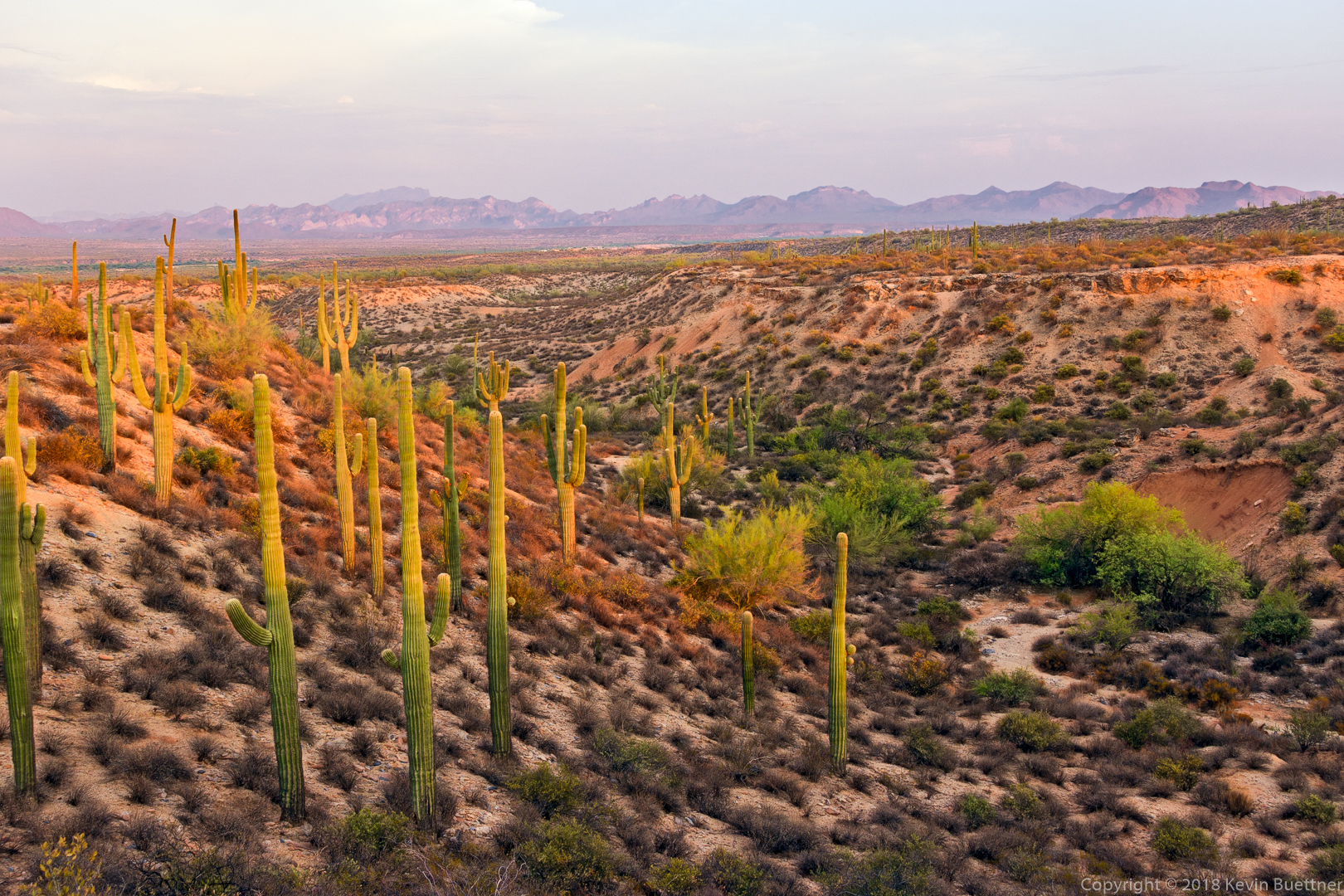