I hiked a little over five miles doing the Hog Heaven Loop, which is in the Tom’s Thumb area.

From this vantage point, I eventually hiked up past Hog Heaven, which is the climbing area just below the ridge in the center. I then made my way up to the Thumbnail Pinnacle which is on the ridge, just right of center. After that, I went to the highest point in the McDowells, the East End at the far right. 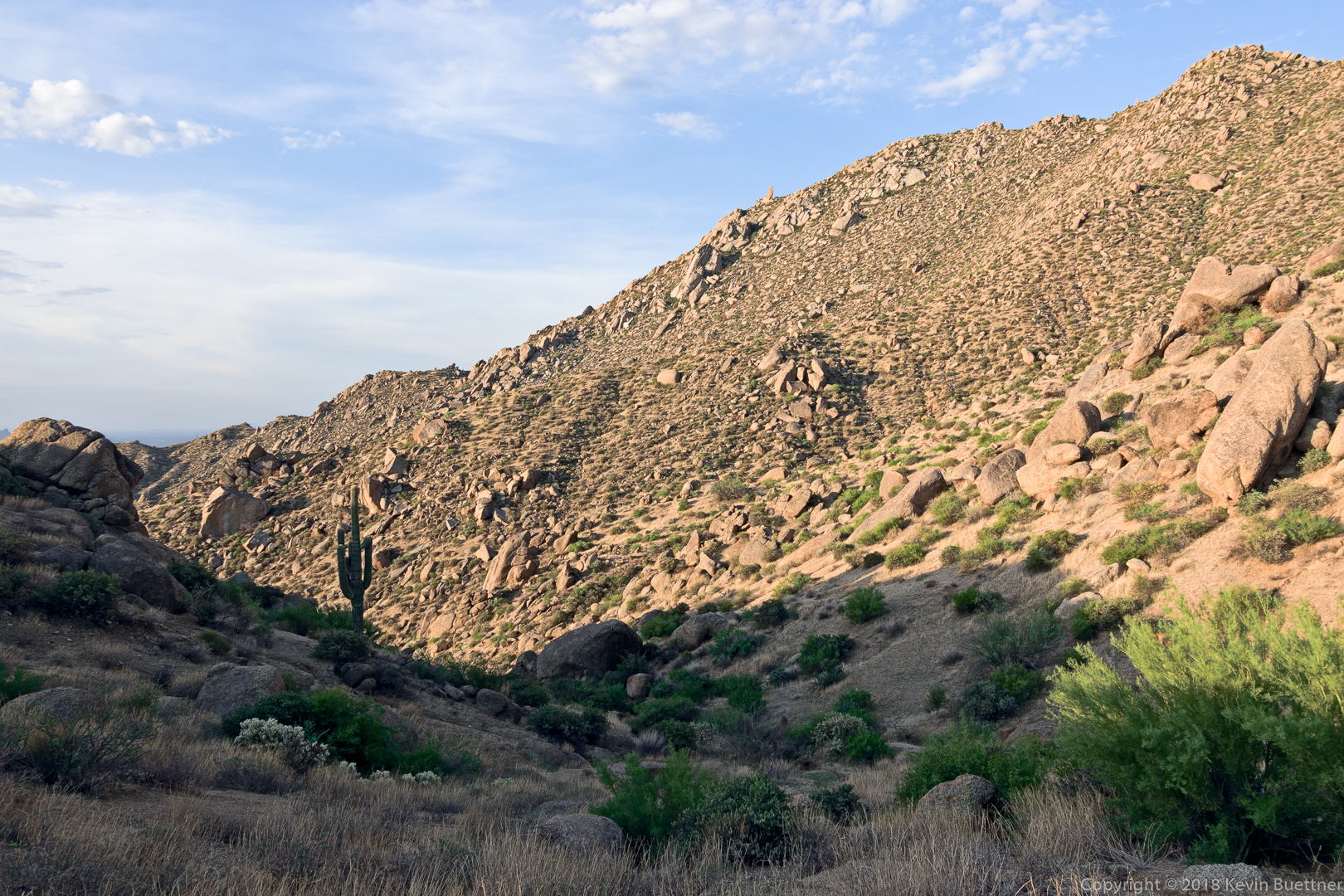 This is one of the interesting rock formations along the way. It is not the Thumbnail Pinnacle. 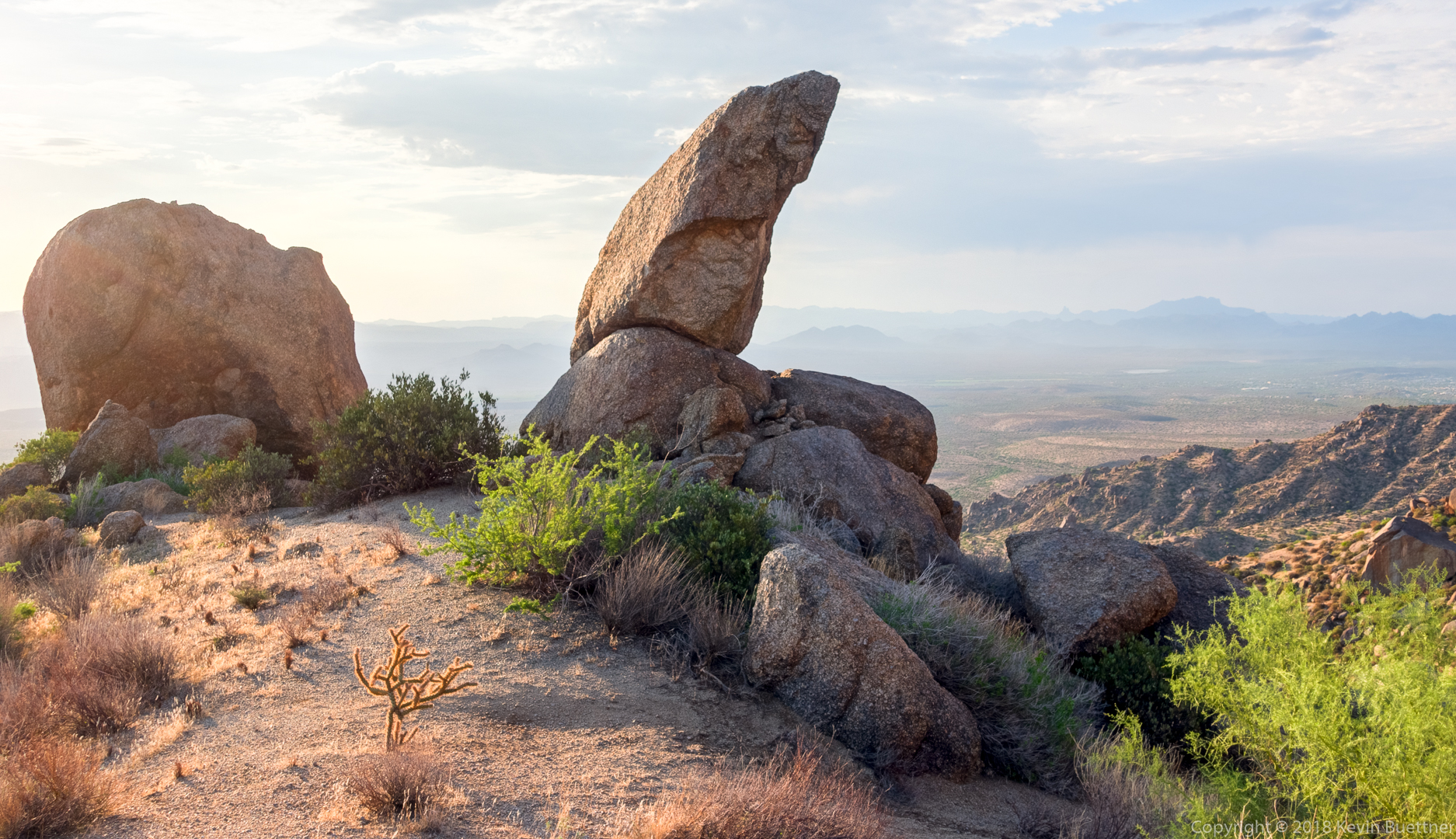 I saw this Gila Monster along the way. A got a photo of it when it turned around to hiss at me. 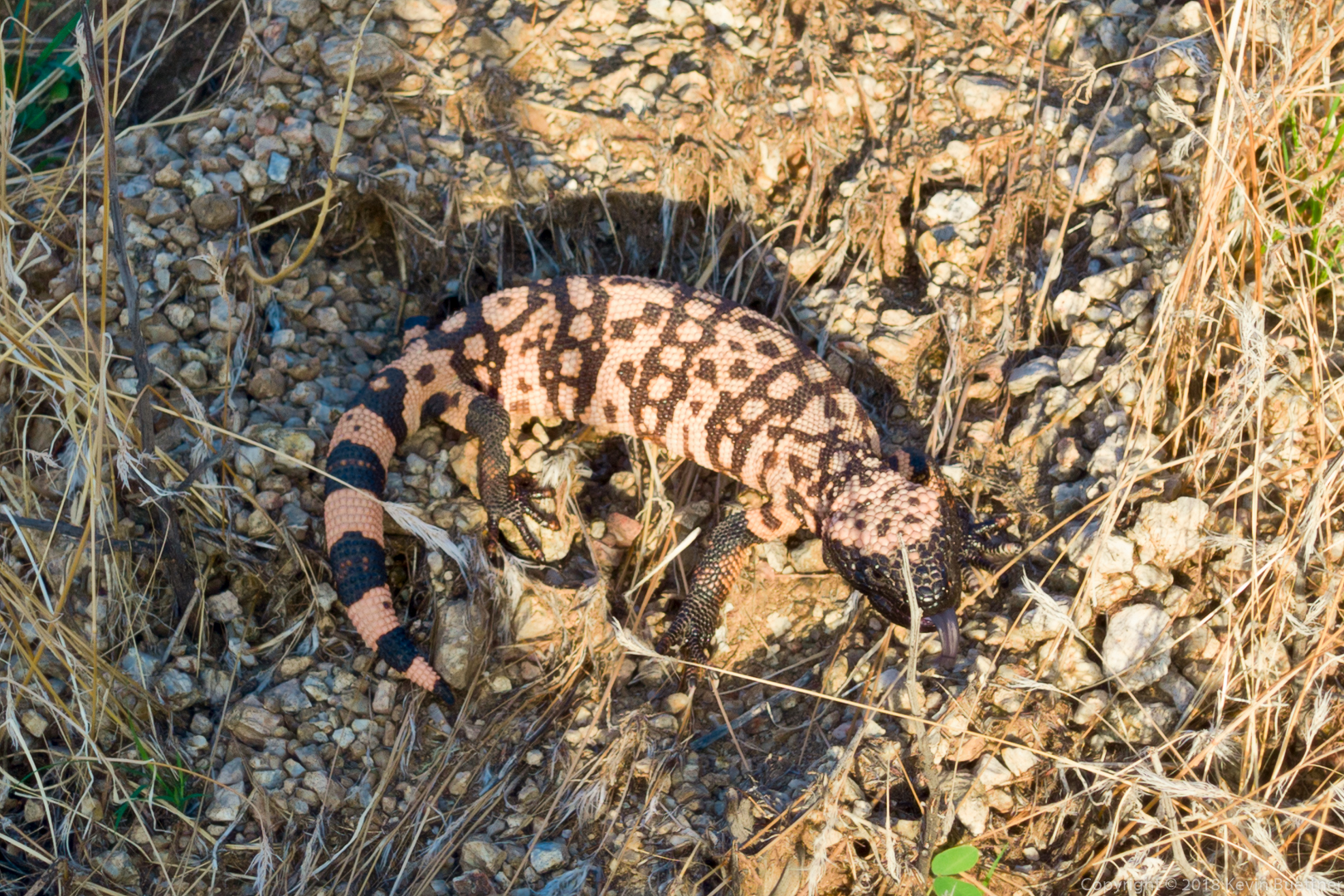 I took this shot while standing atop the boulders that form the highest point in the McDowells. 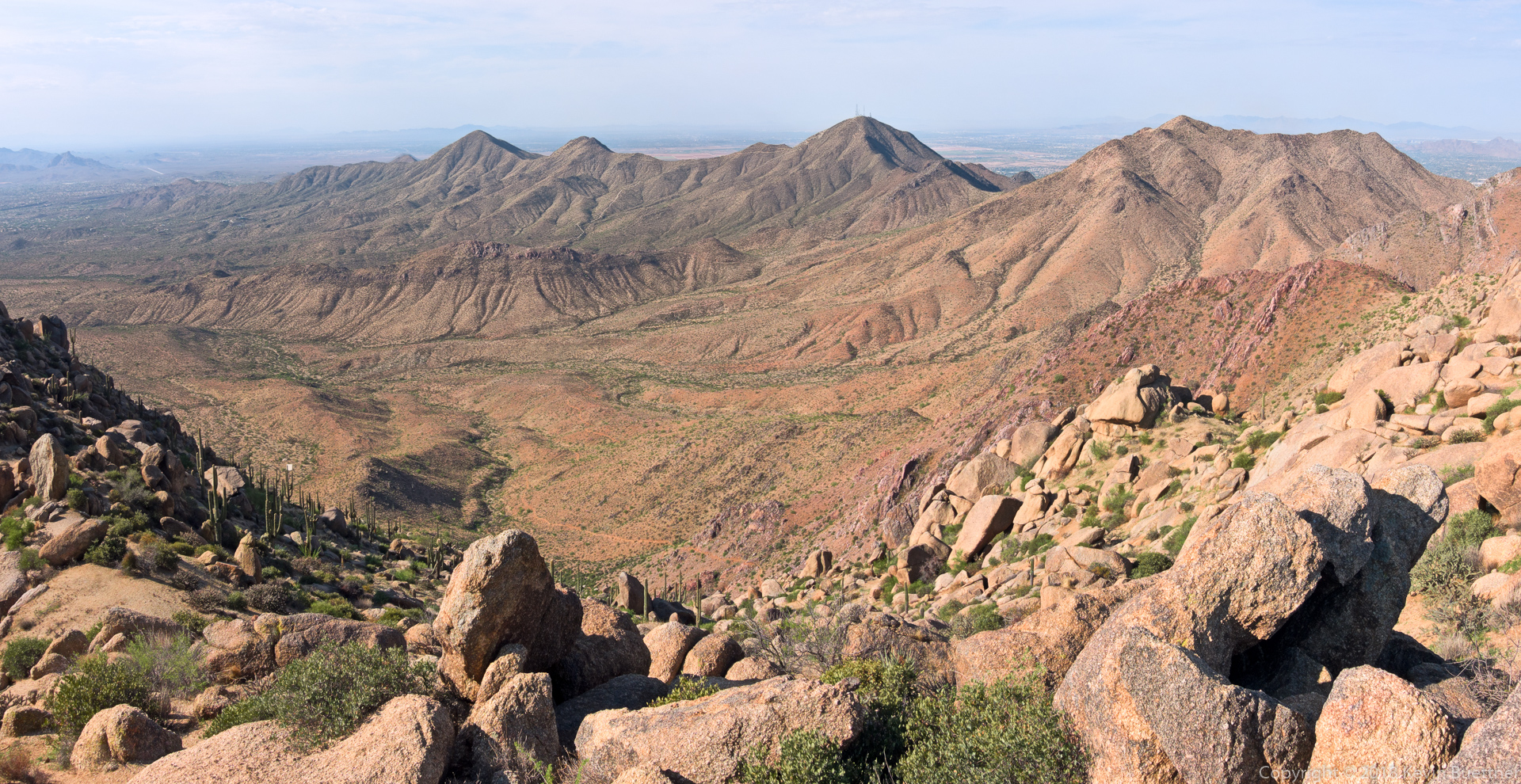 I saw a number of these yellow caterpillars as I made my descent to Tom’s Thumb Trail.  Joe Bartels has identified it as a White-lined Sphinx Caterpillar. 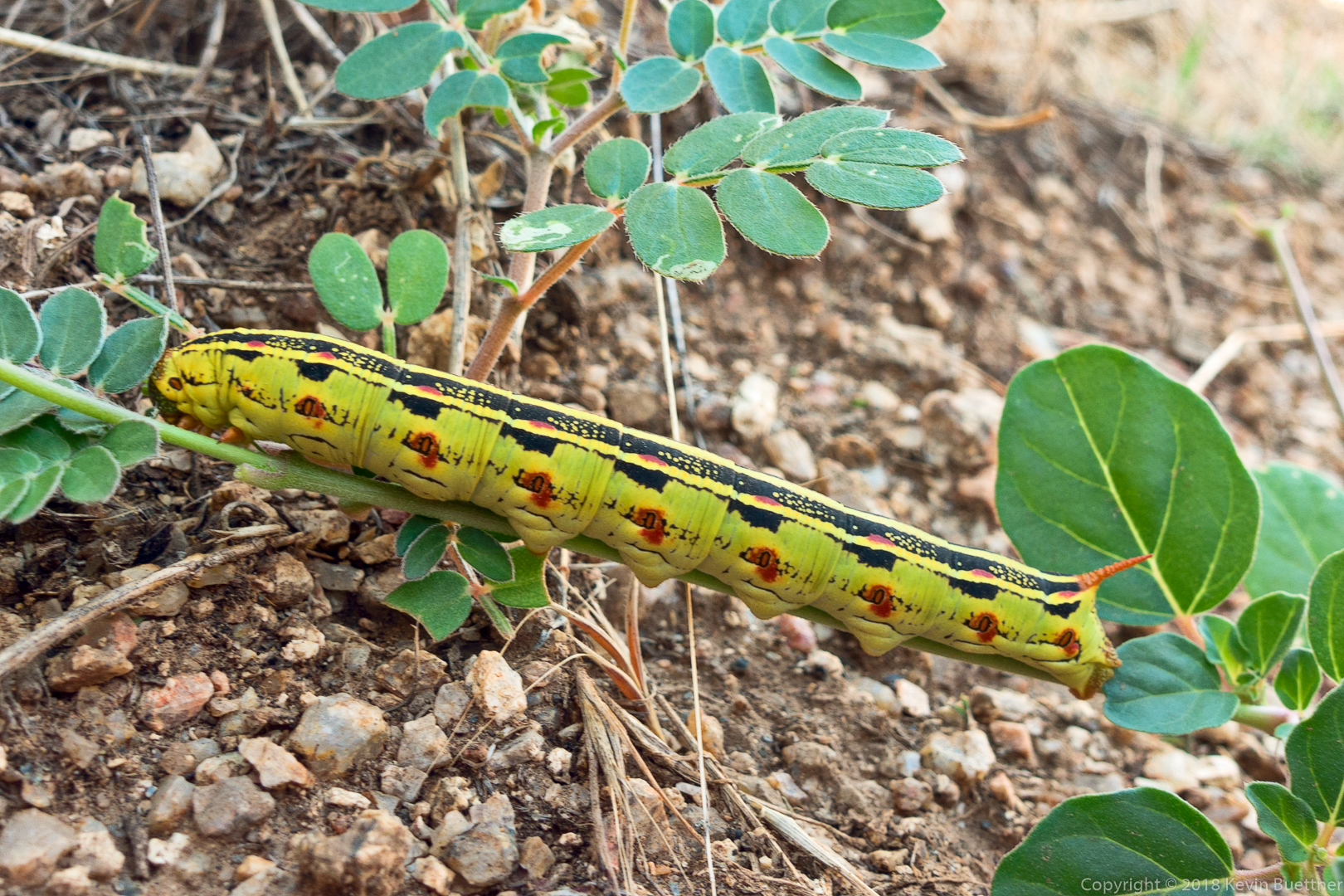 When I got to Tom’s Thumb Trail, I started seeing what I thought were Mariposa Lilies. Joe Bartels at hikearizona.com identified it as an Arizona Caltrop, also known as an Arizona Poppy. 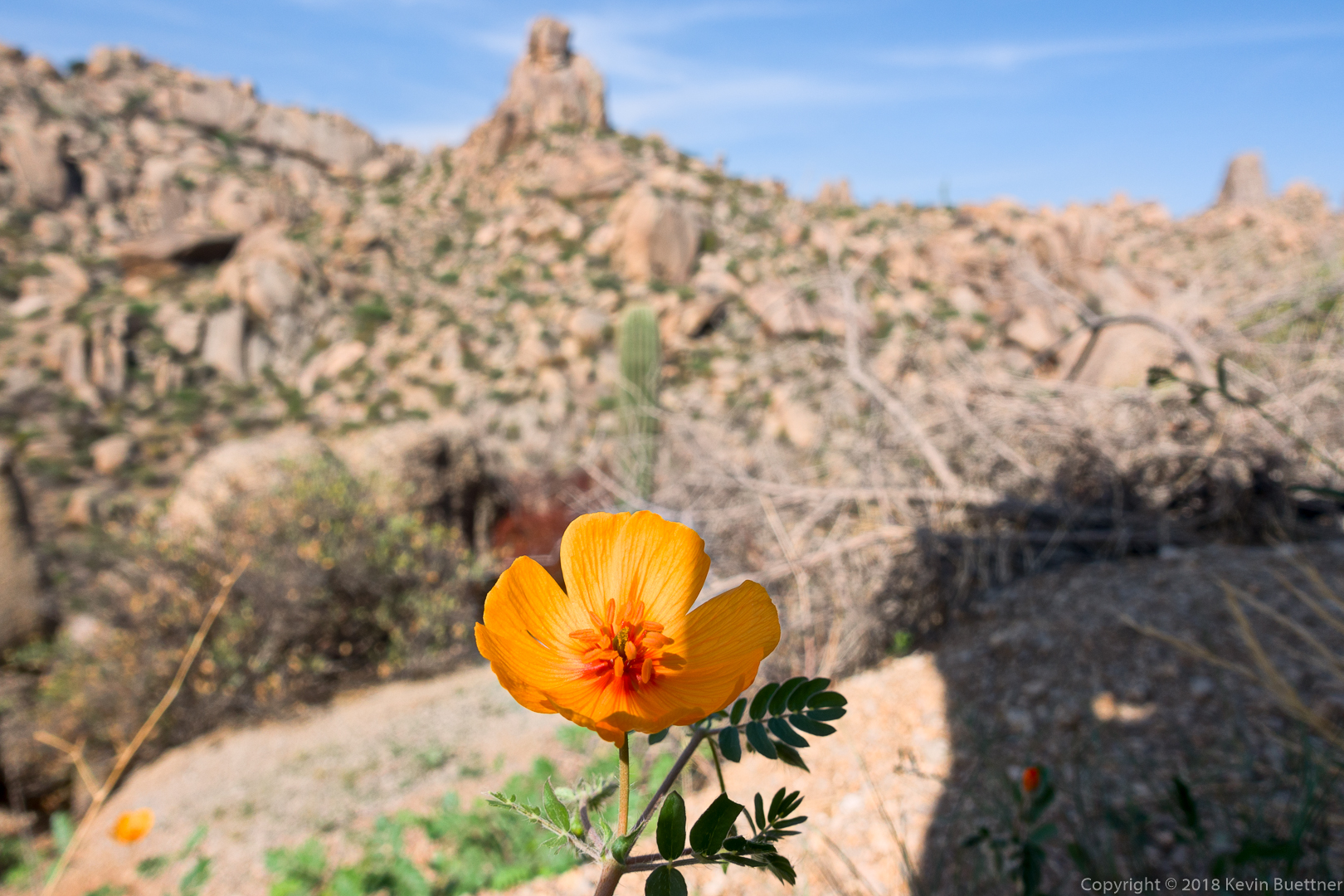