For Friday’s hike, Kay and I hiked a combination of the Hog Heaven Loop and the Lost Wall Loop.

We started on the Marcus Landslide Trail and then turned right onto Feldspar. To the left are some low angle (third class) slabs which lead to the top of Sven Tower I. We summited there and then continued on the climber’s access trail leading past Sven Towers II and III. This soon joined the standard route for the Hog Heaven Loop. We hiked past Hog Heaven and the Thumbnail Pinnacle and then continued onto the East End (summit) where we also went to that summit.

Total distance was just over five miles with nearly 2300 feet of total ascent.

Sunrise from the parking lot: 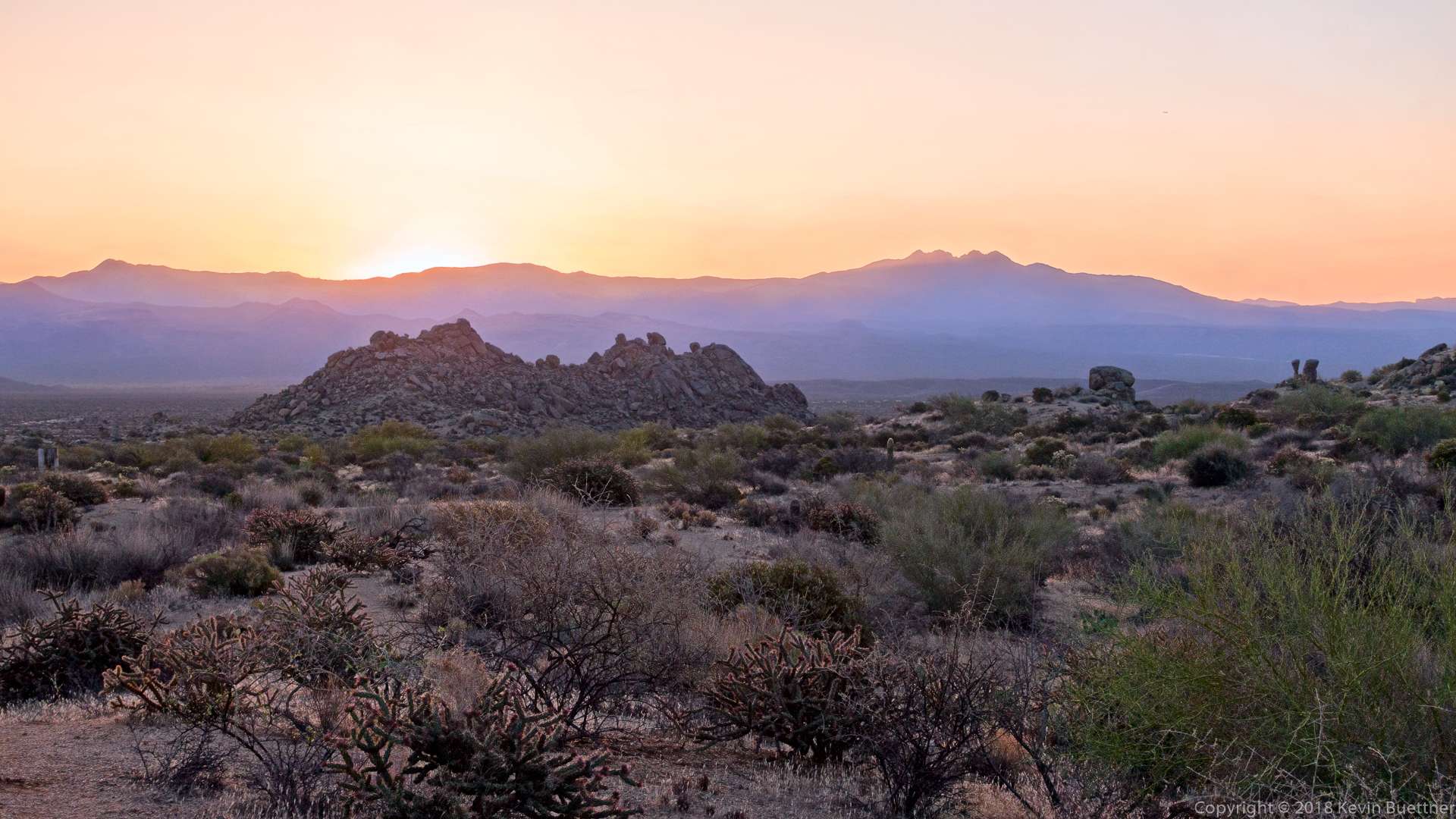 Kay, ascending the granite slab adjacent to the Feldspar Trail: 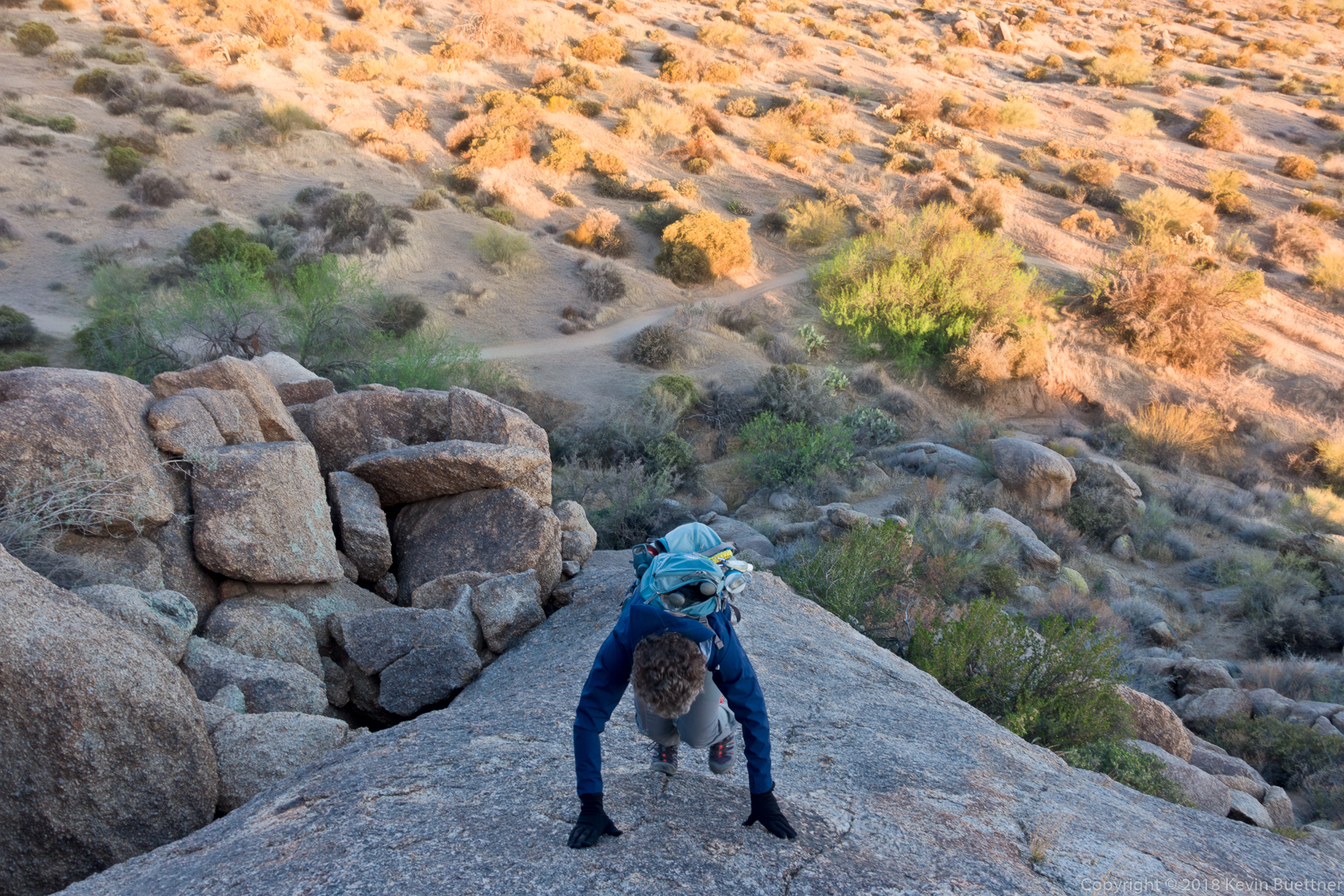 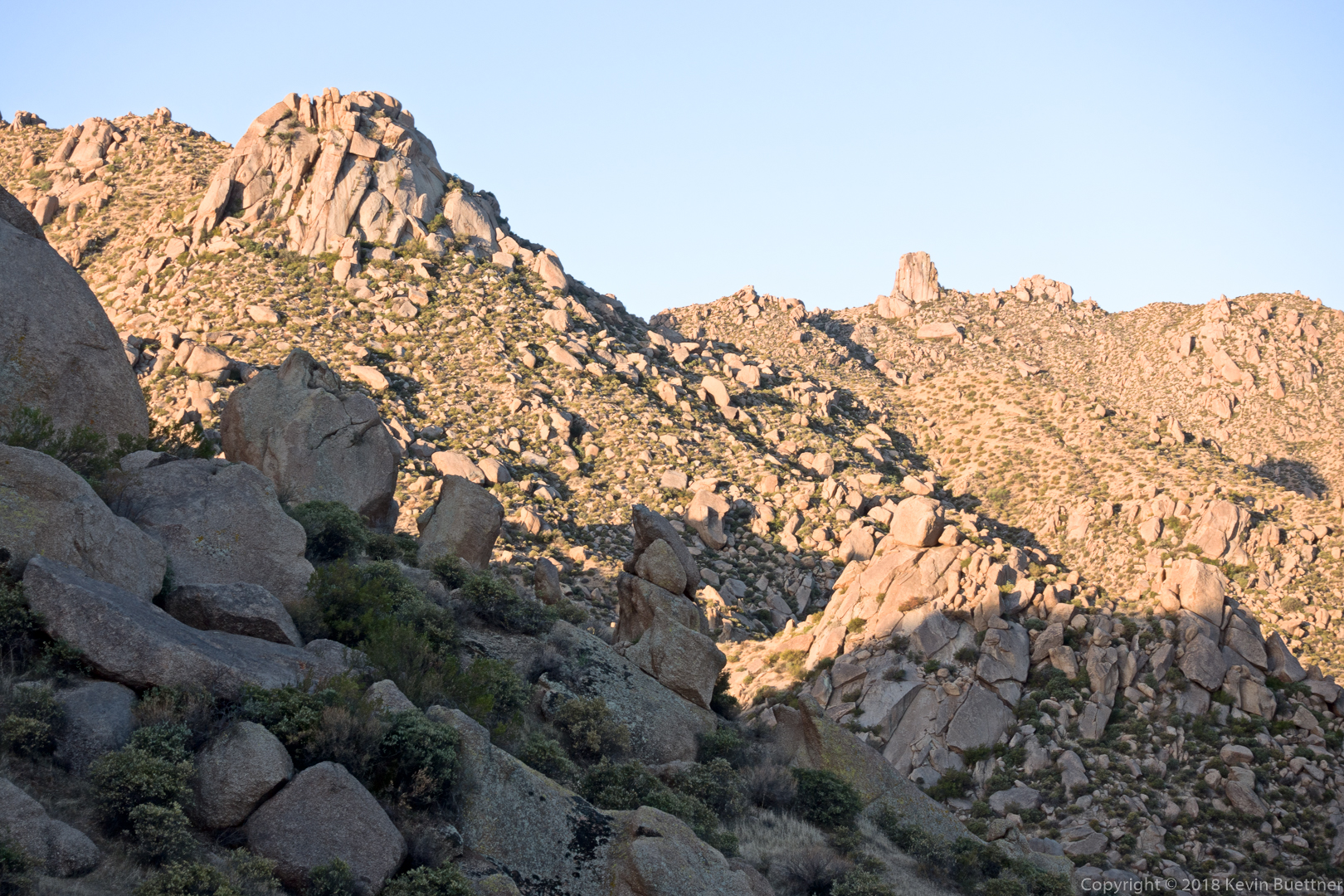 Three views of the Thumbnail Pinnacle: 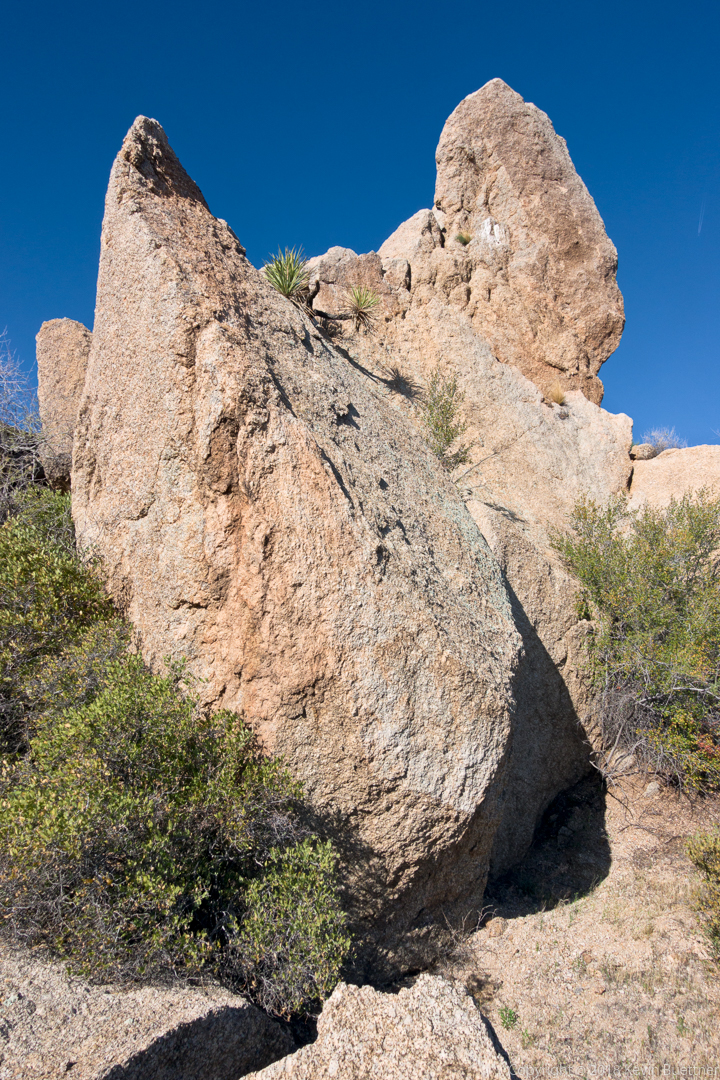 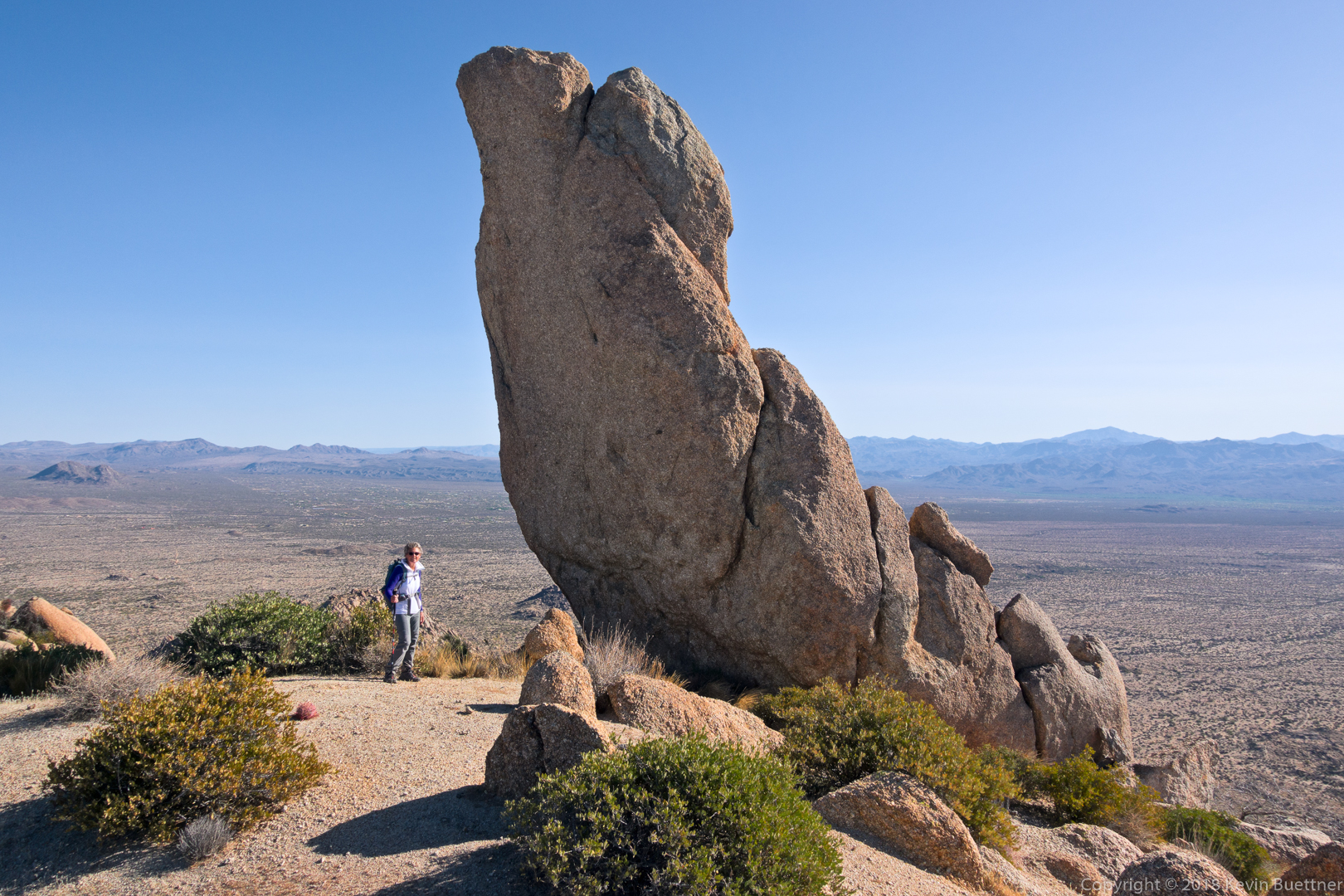 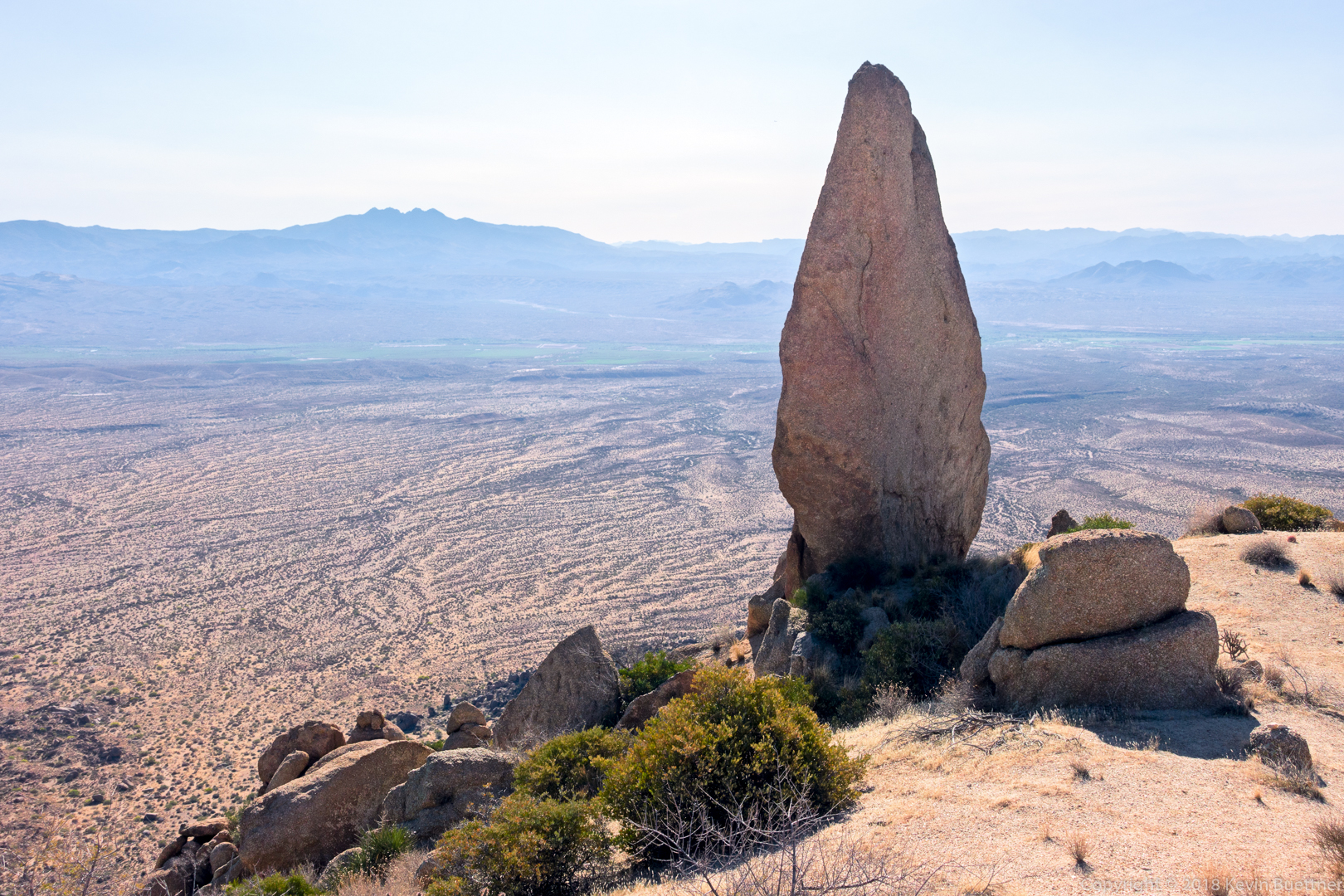 Looking back along the ridge, on the left, that got us to this vantage point. On the right is Thompson Peak and some other lesser peaks in the McDowell Range. Of course, the East End, the highest point in the McDowells is not visible in this shot as it’s just behind us. 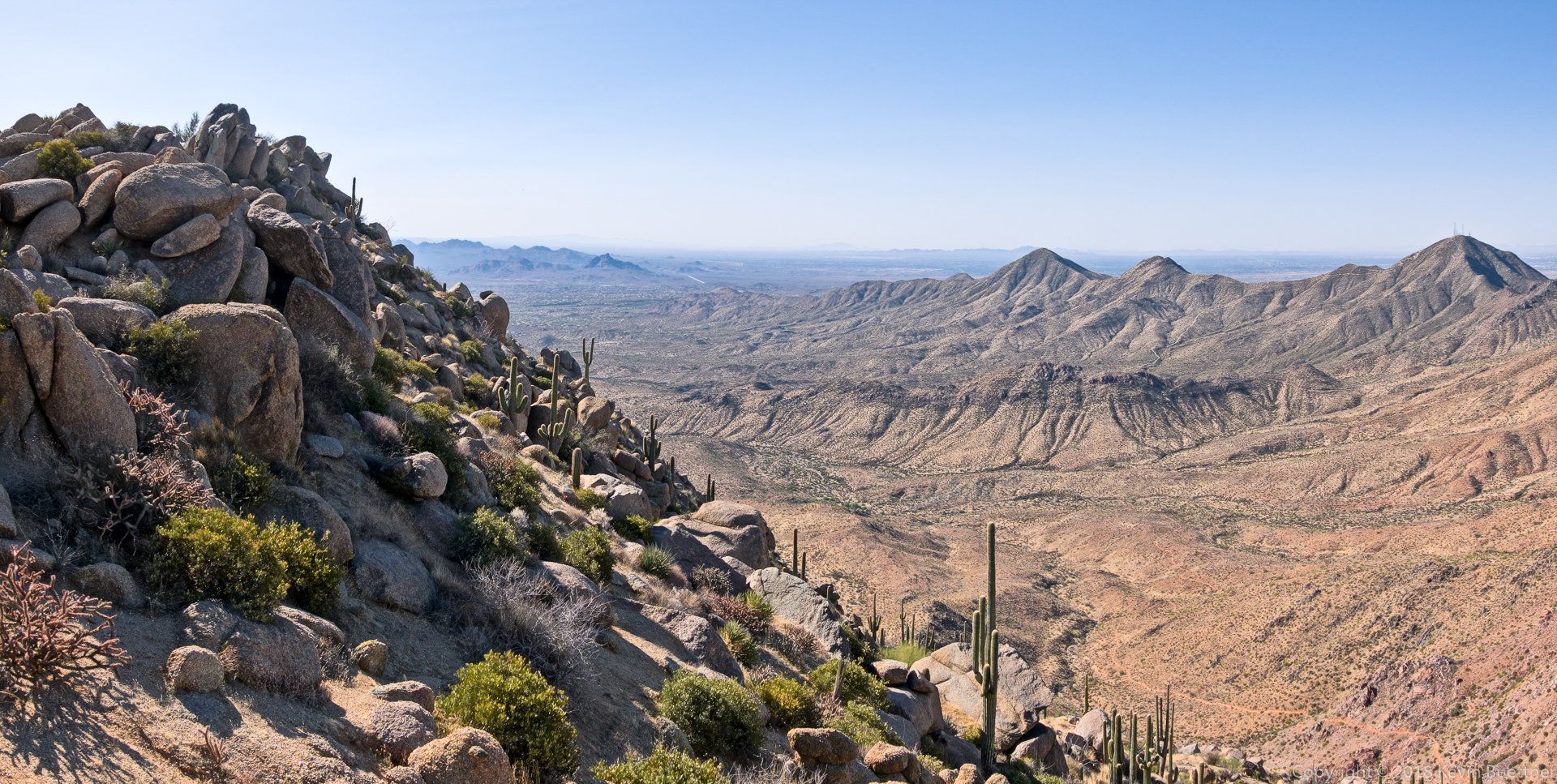 Kay atop the East End (Peak), the highest point in the McDowells. 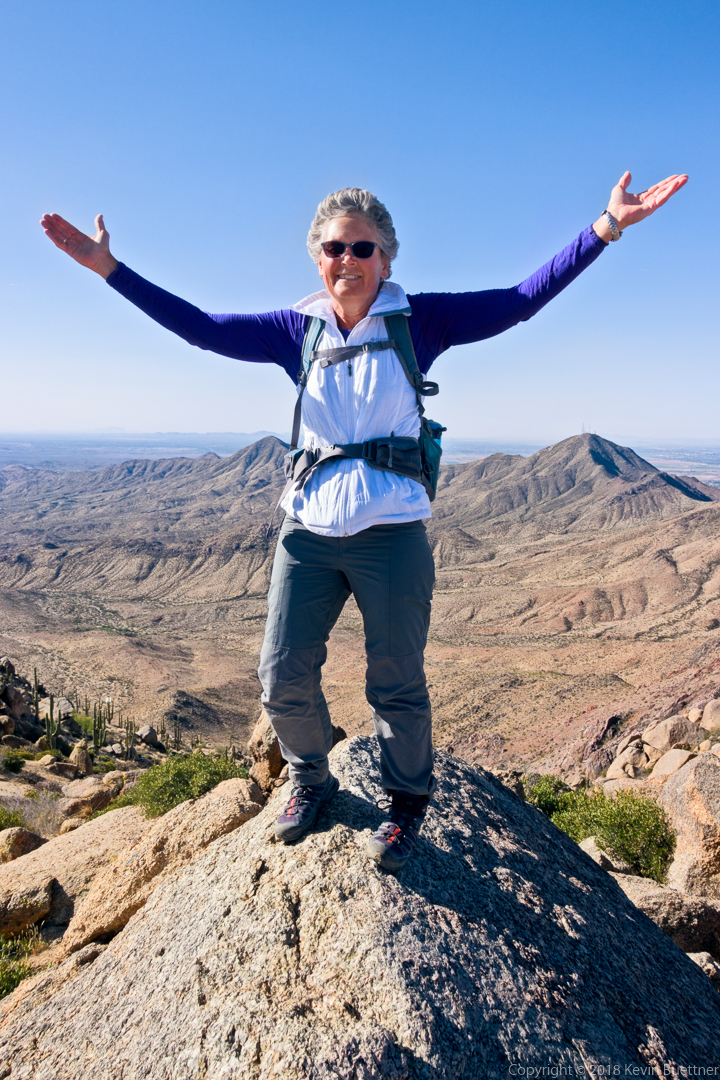 Chuparosa; we saw this plant on the ridge northwest of Tom’s Thumb. 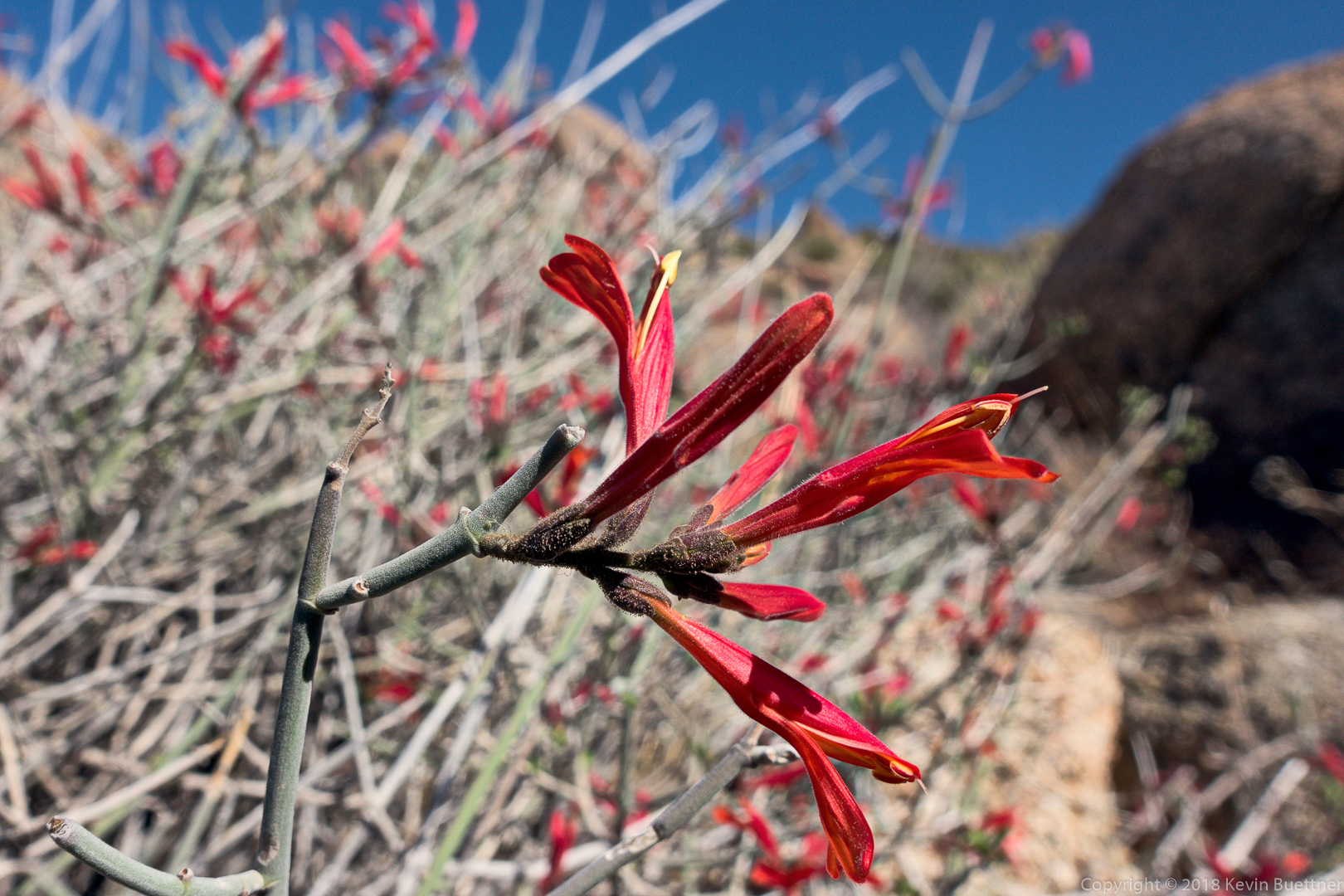