Nora and I did and out-and-back hike on the Four Peaks Trail. We ended up hiking just under 12 miles w/ nearly 3200 feet of total ascent. One of our hike options was to go to the summit of Buckhorn Mountain, but the brush looked dense, so we decided to stick to the well groomed Four Peaks Trail.

I had hiked the Four Peaks Trail back in 2001 or 2002. It was quite a different experience. The area had (sort of) recently been devastated by forest fire and was kind of barren. The trail was difficult to follow – I had to look very carefully for cairns or occasional ribbons tied to mostly burned trees. Due to the fire, the foliage was fairly sparse. I think I did go to the top of Buckhorn Mountain that day – the Four Peaks Trail used to go over the top, but has now been rerouted to go around the mountain.

On our Friday hike, we found a very different trail to the one that I recalled. The trail surface is well beaten in and is not especially rocky or loose. It was exceptionally easy to follow – there was never any doubt about which way to go. 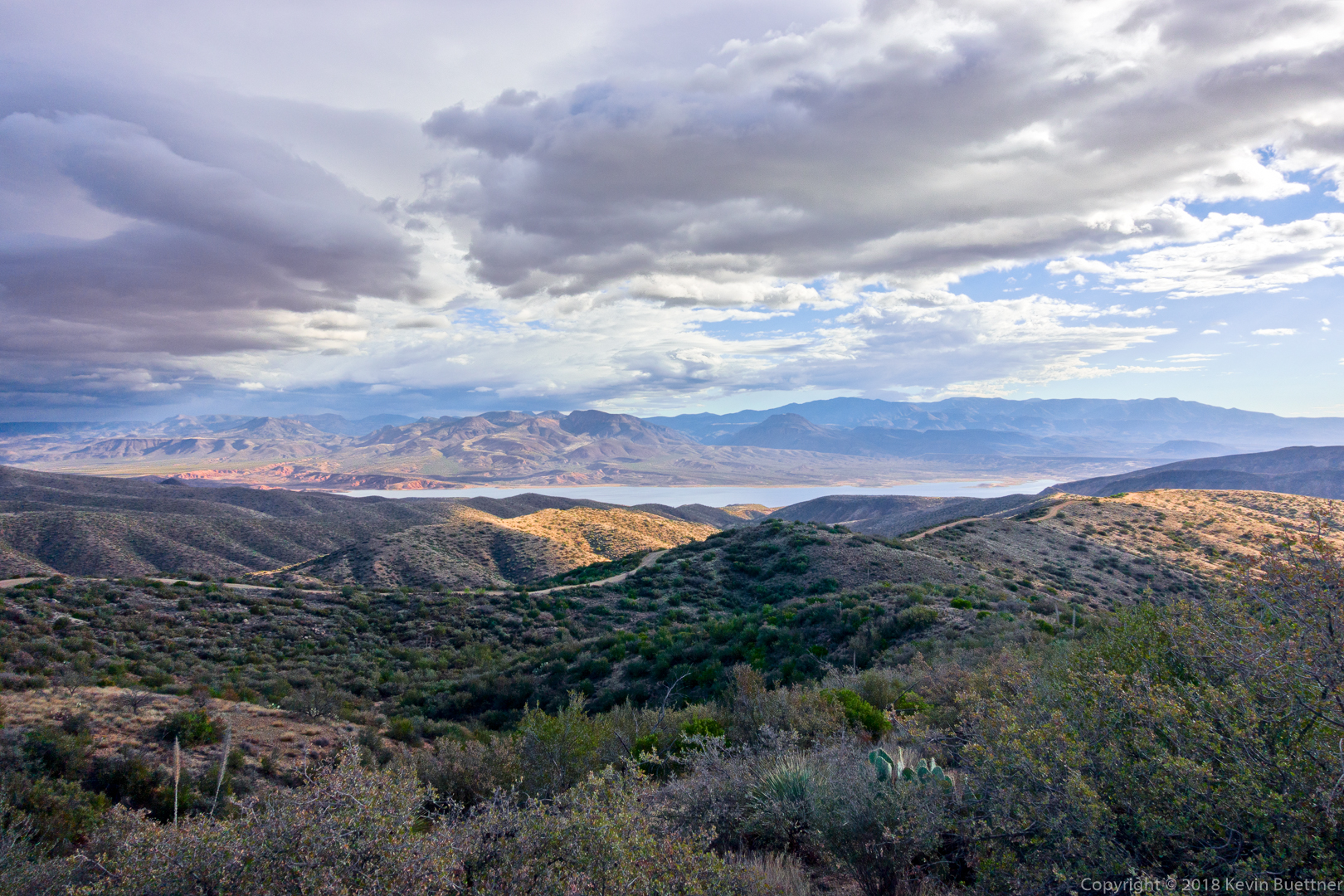 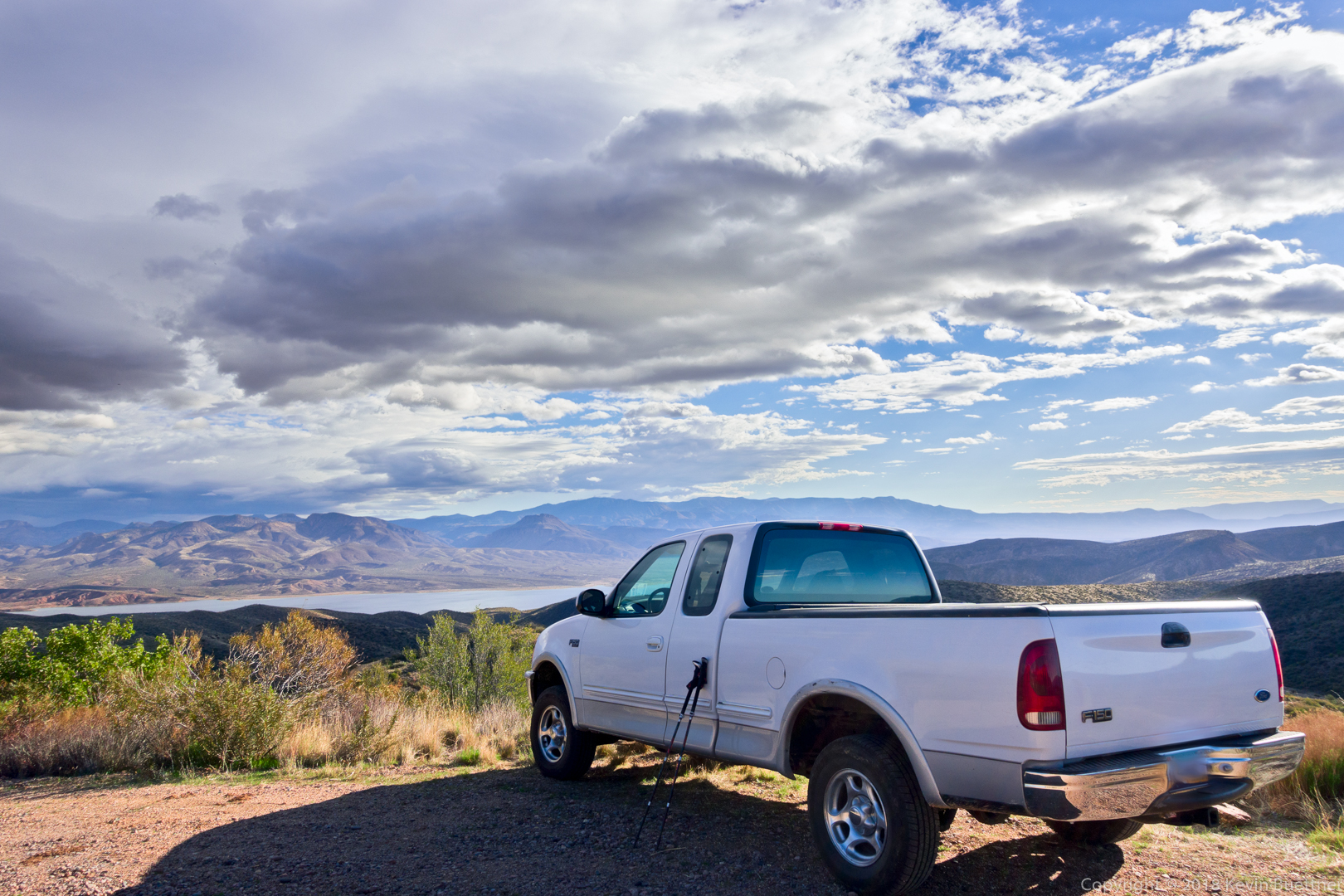 On the trail now… 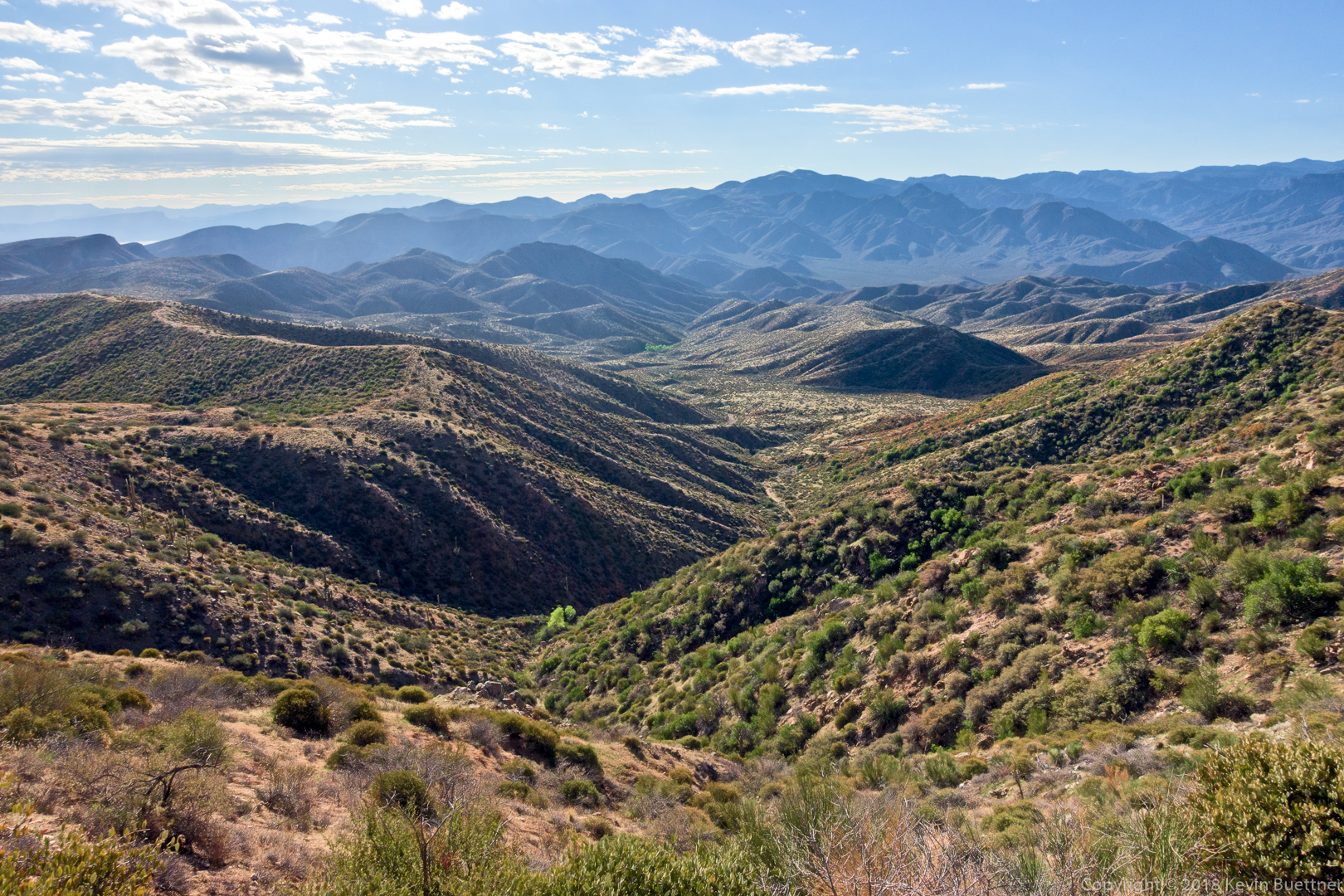 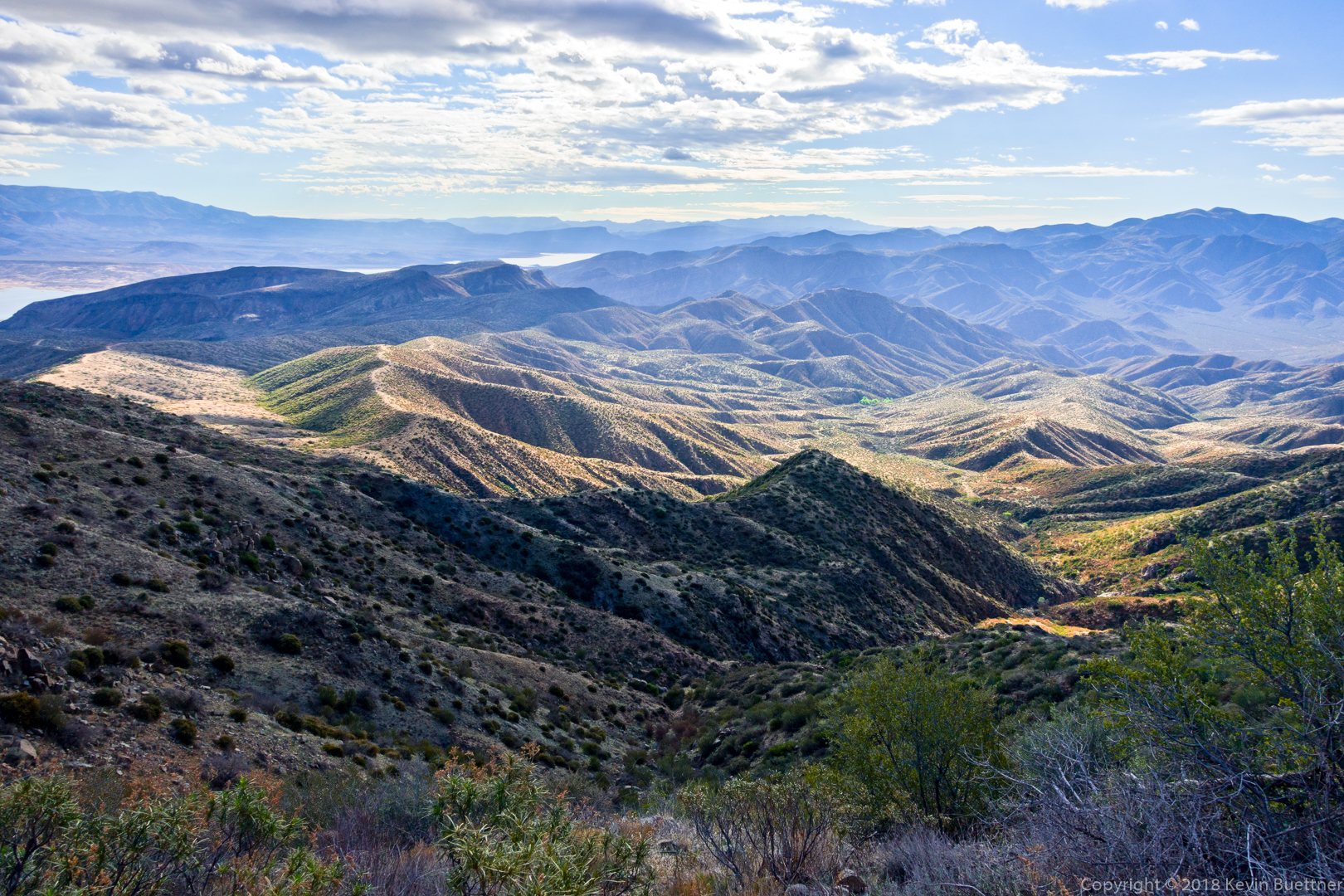 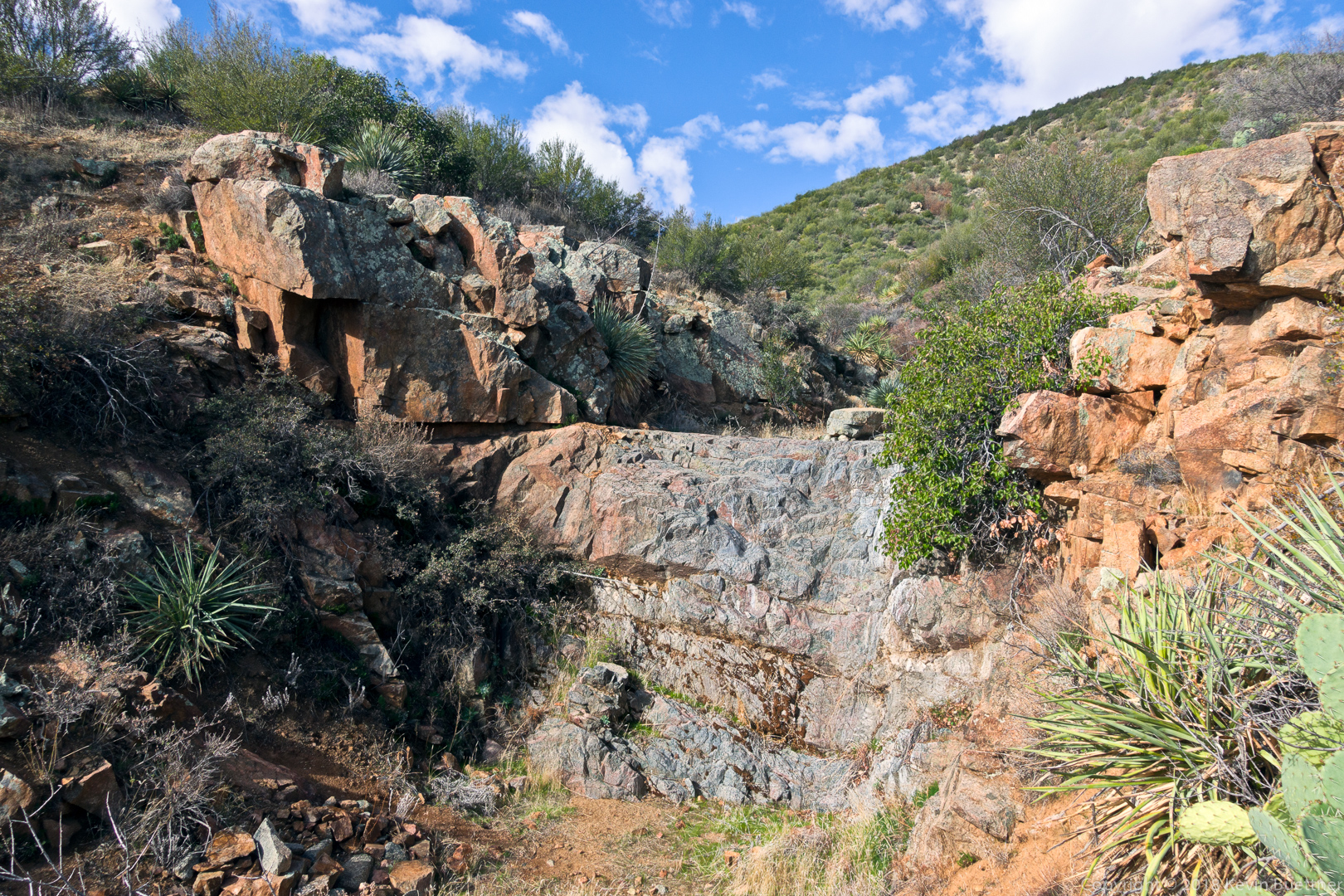 One of many views of Roosevelt Lake: 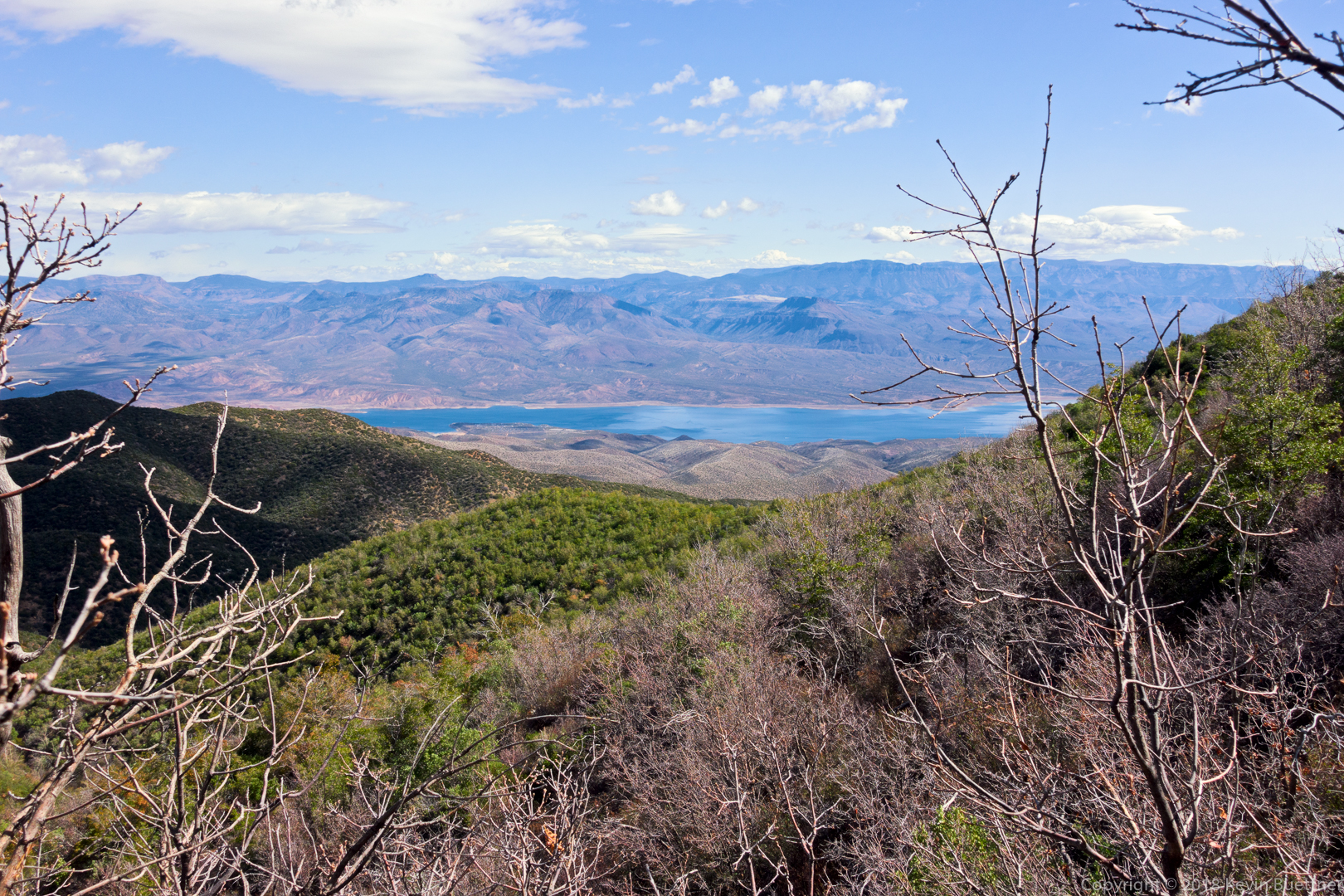 One of the few remaining tall trees. I would guess that, prior to the fire, there were a lot of this type of tree. 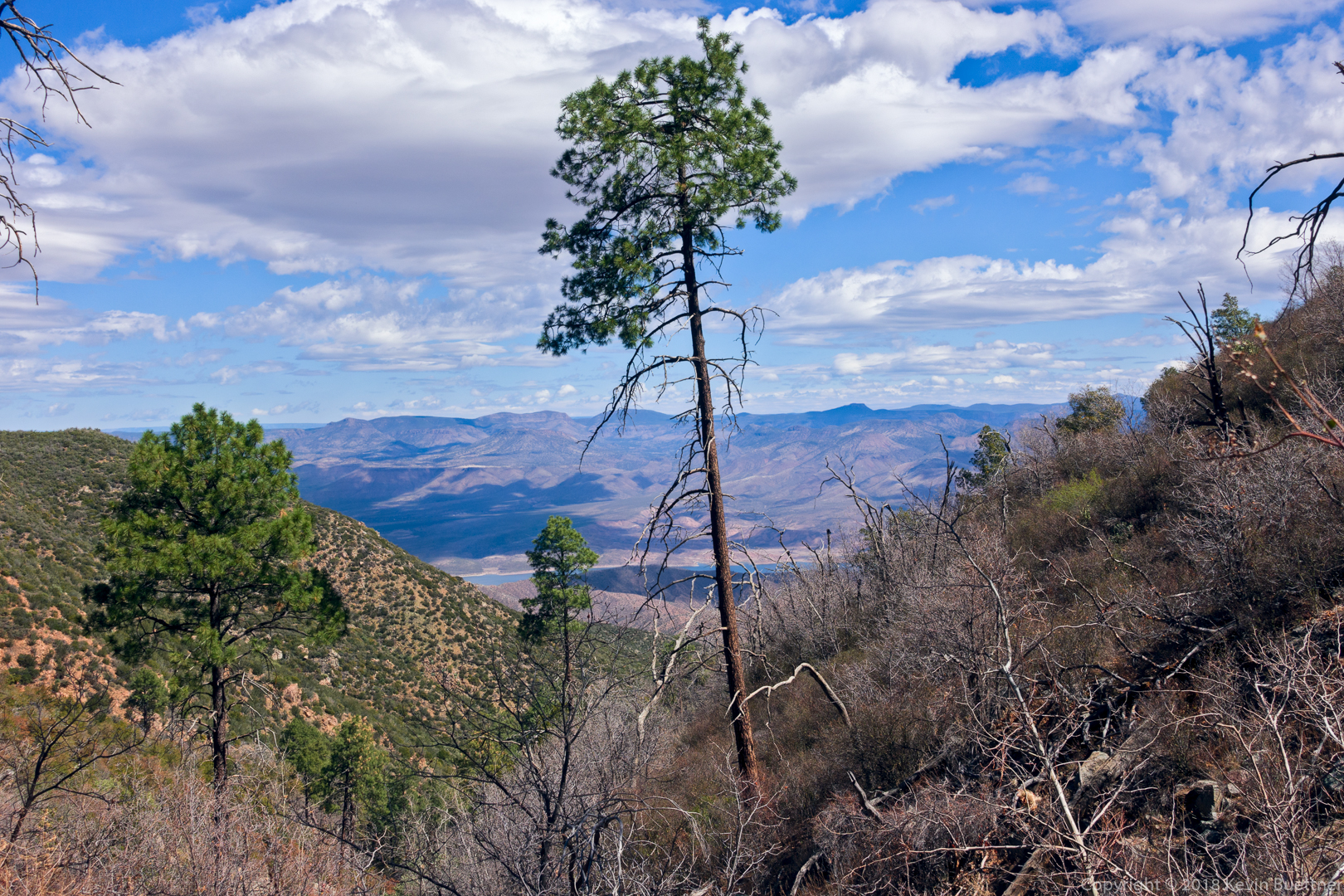 This is Camelback Peak 5663. Nora and I wondered about going to the summit. I looked it up on HAZ when I got home. BobP did it in 2013 and uploaded a track, but in his notes, he says, “If I were you…I’d choose a different route.” So maybe there is no good route. 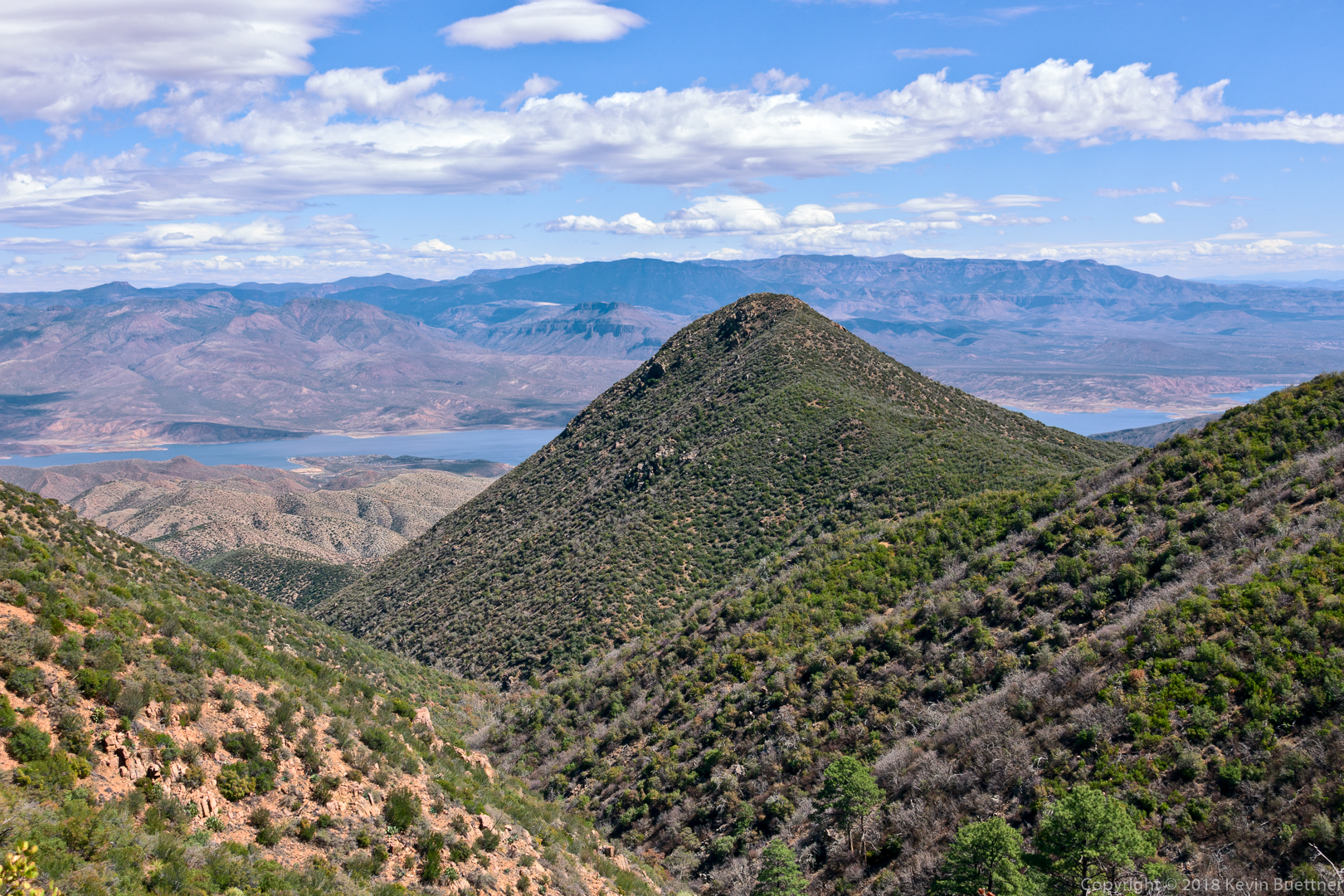 Four Peaks; this is pretty close to where we turned around. We had several decent views of Four Peaks prior to this point, but this was the best. 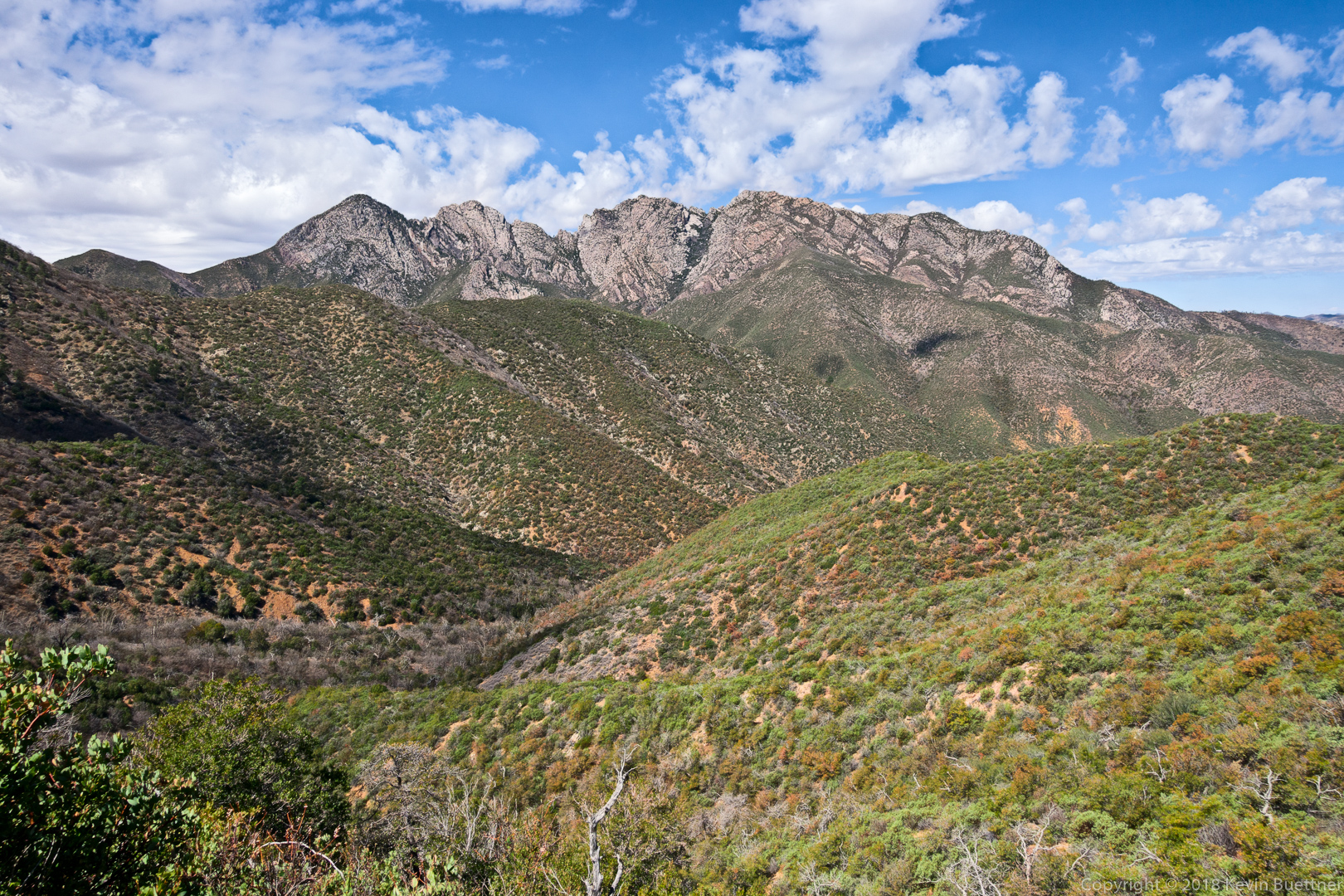 Nora next to a burned and dead tree. 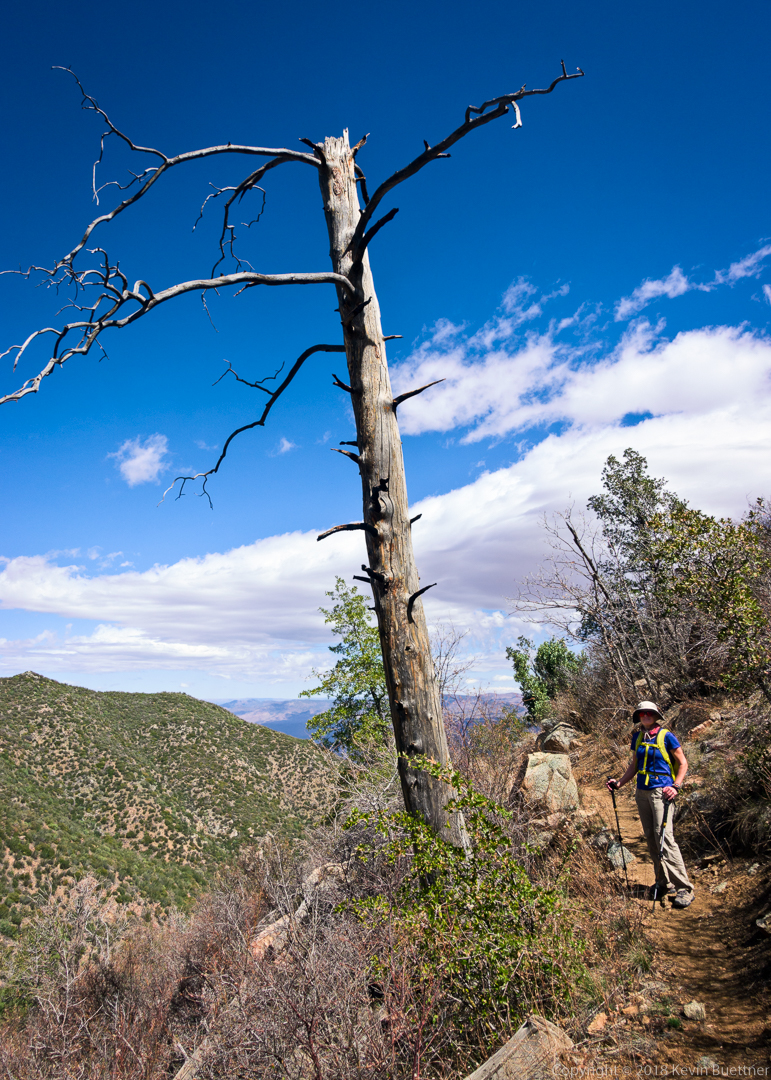 We encountered a group who are riding the Arizona Trail on their mules. We chatted with them for a while and then continued. These mules worked hard as the trip outward had quite a lot of elevation gain. 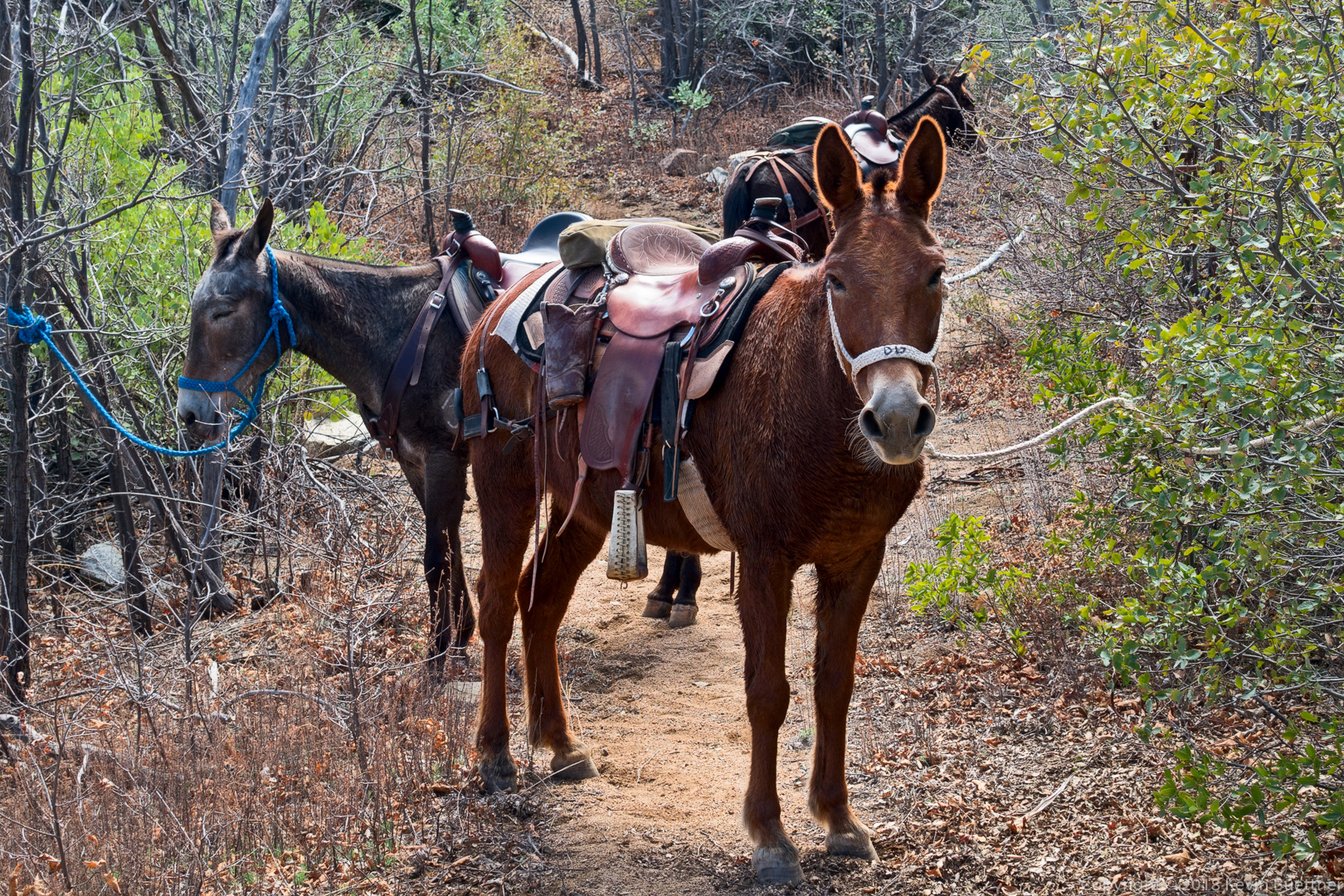 We saw very few flowers on our hike. Last year, about a week earlier, we had hiked the Vineyard Trail which also starts from Mills Ridge Trailhead. We saw lots of flowers last year. 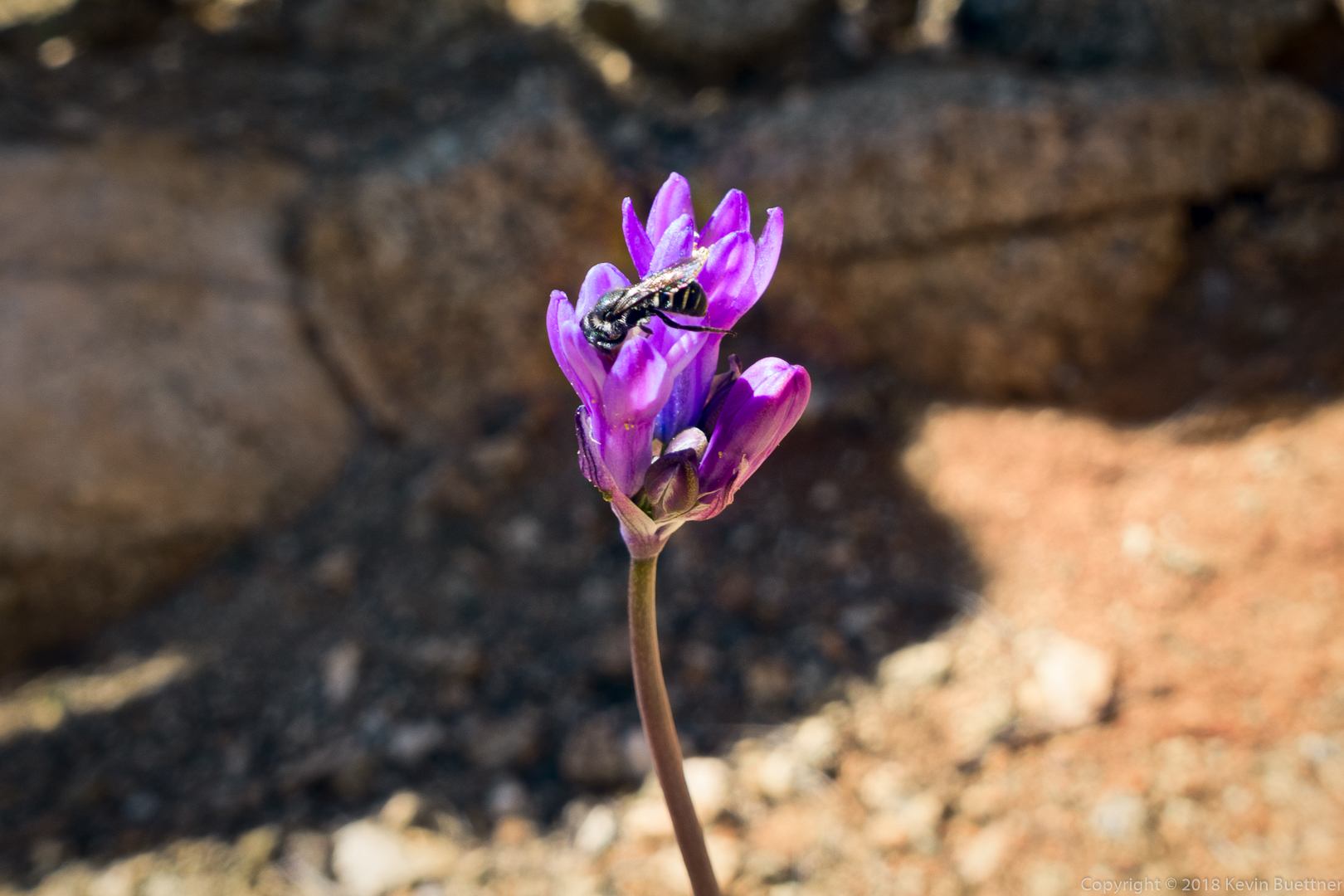 This is a poppy. I also got a shot of a desert marigold, but was unhappy with the way it turned out (so I’m not posting it). 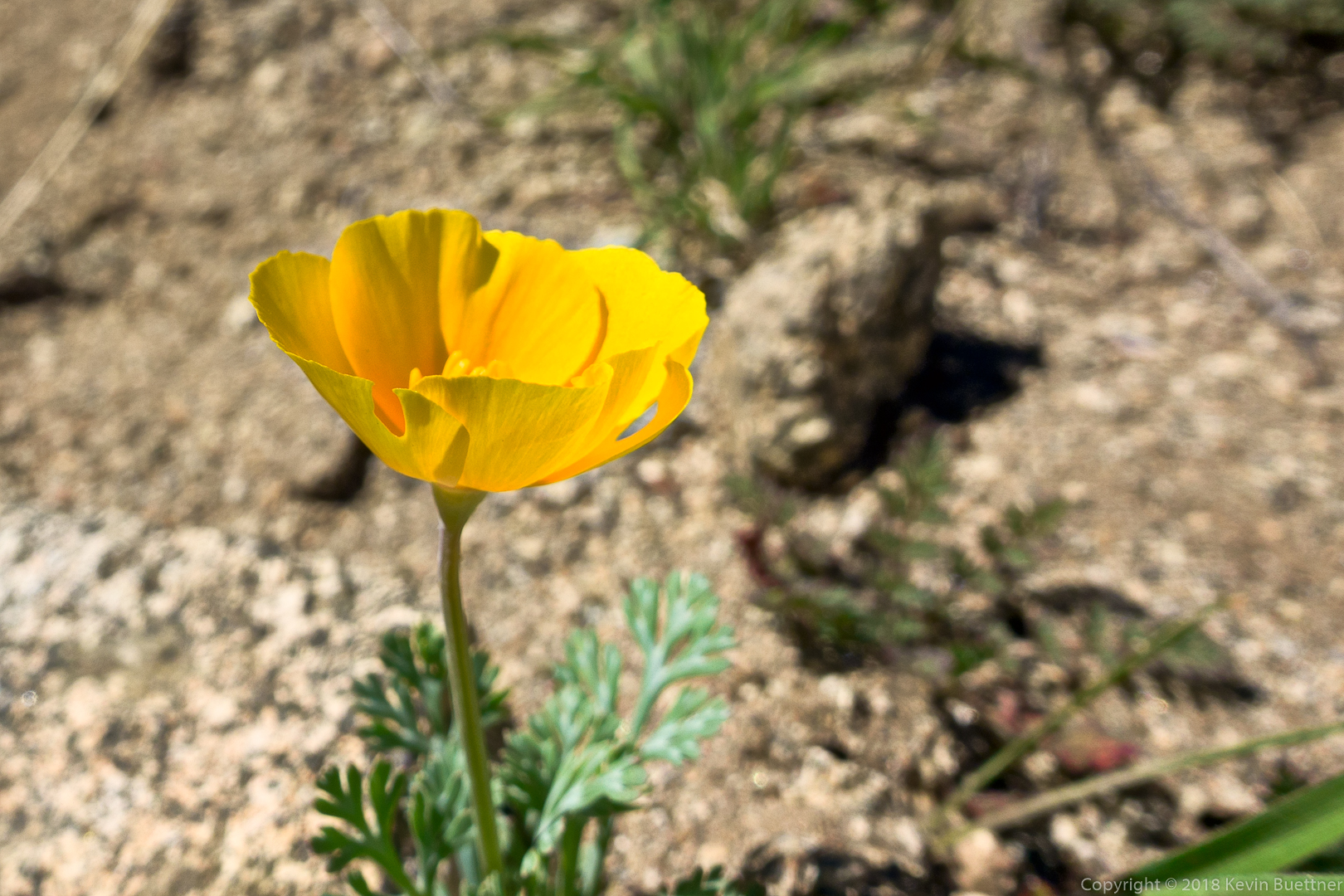 As we hiked back to the trailhead, I noticed a catchment just off the Vineyard Trail. I decided to hike down to take a look… 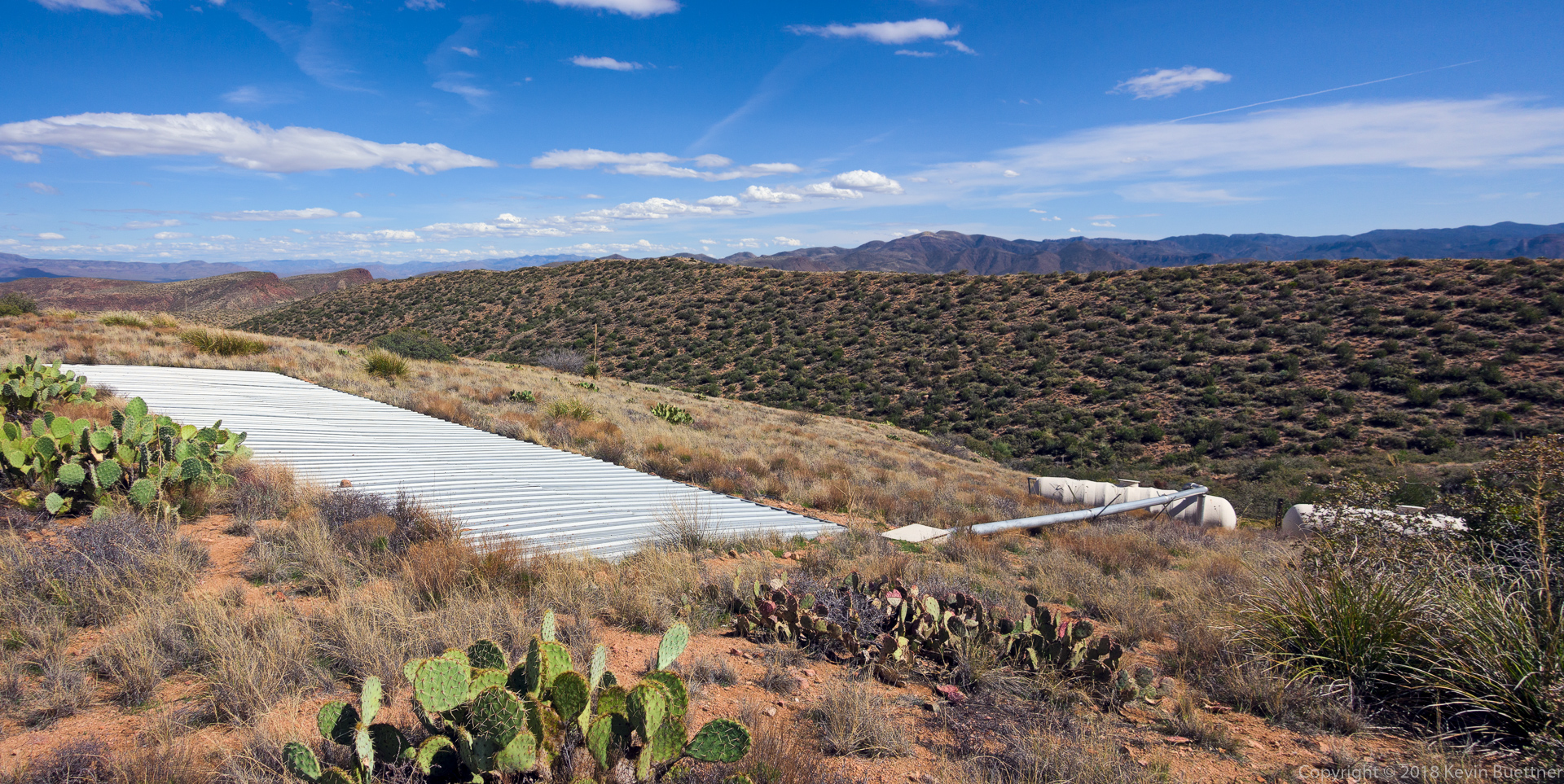 When we were finished with our hike, we became tourists and visited Theodore Roosevelt Dam, which was just down the road from where we had driven in on Forest Road 647 to get to the Mills Ridge Trailhead. 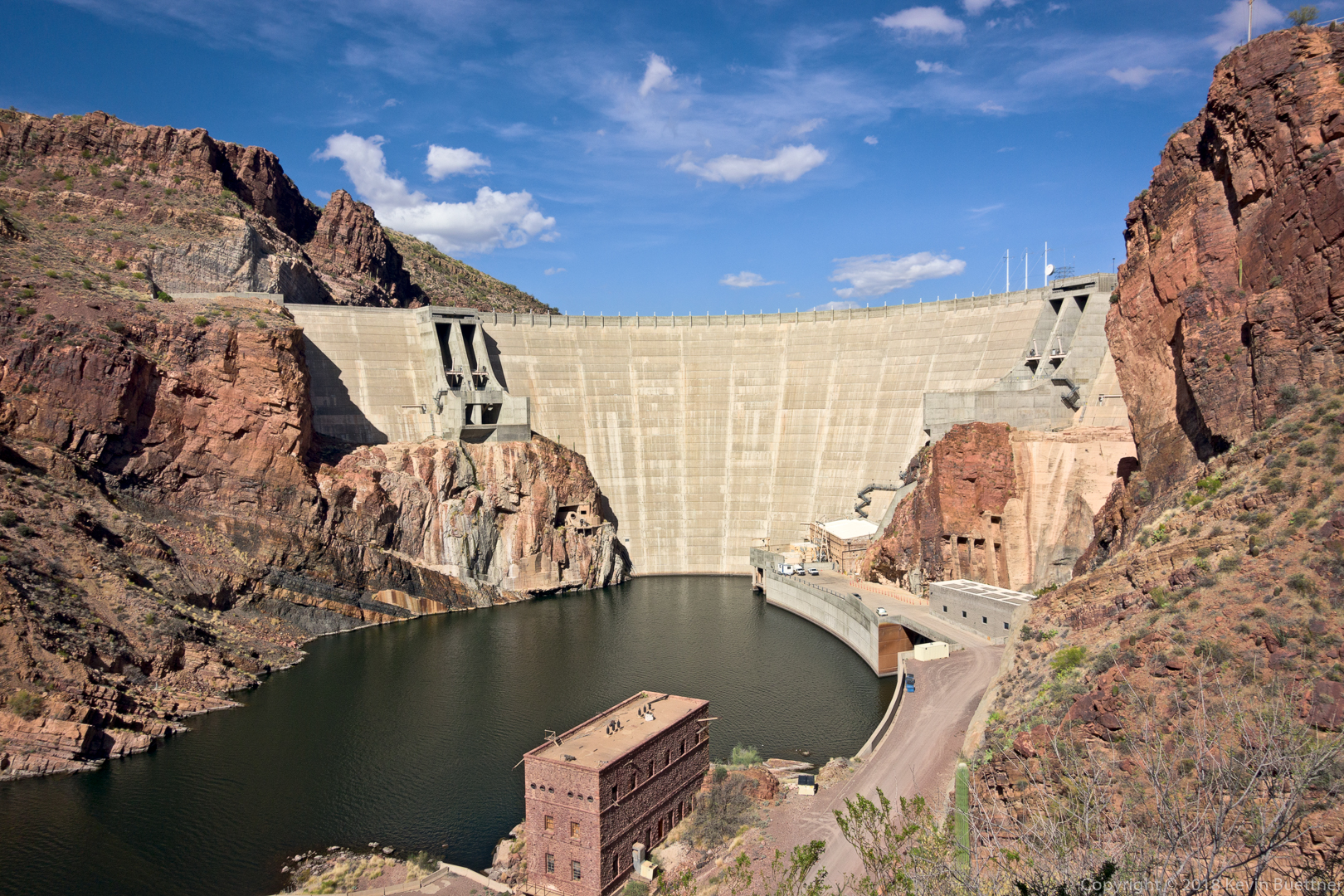 This is a photo of the bridge from the upper view area: 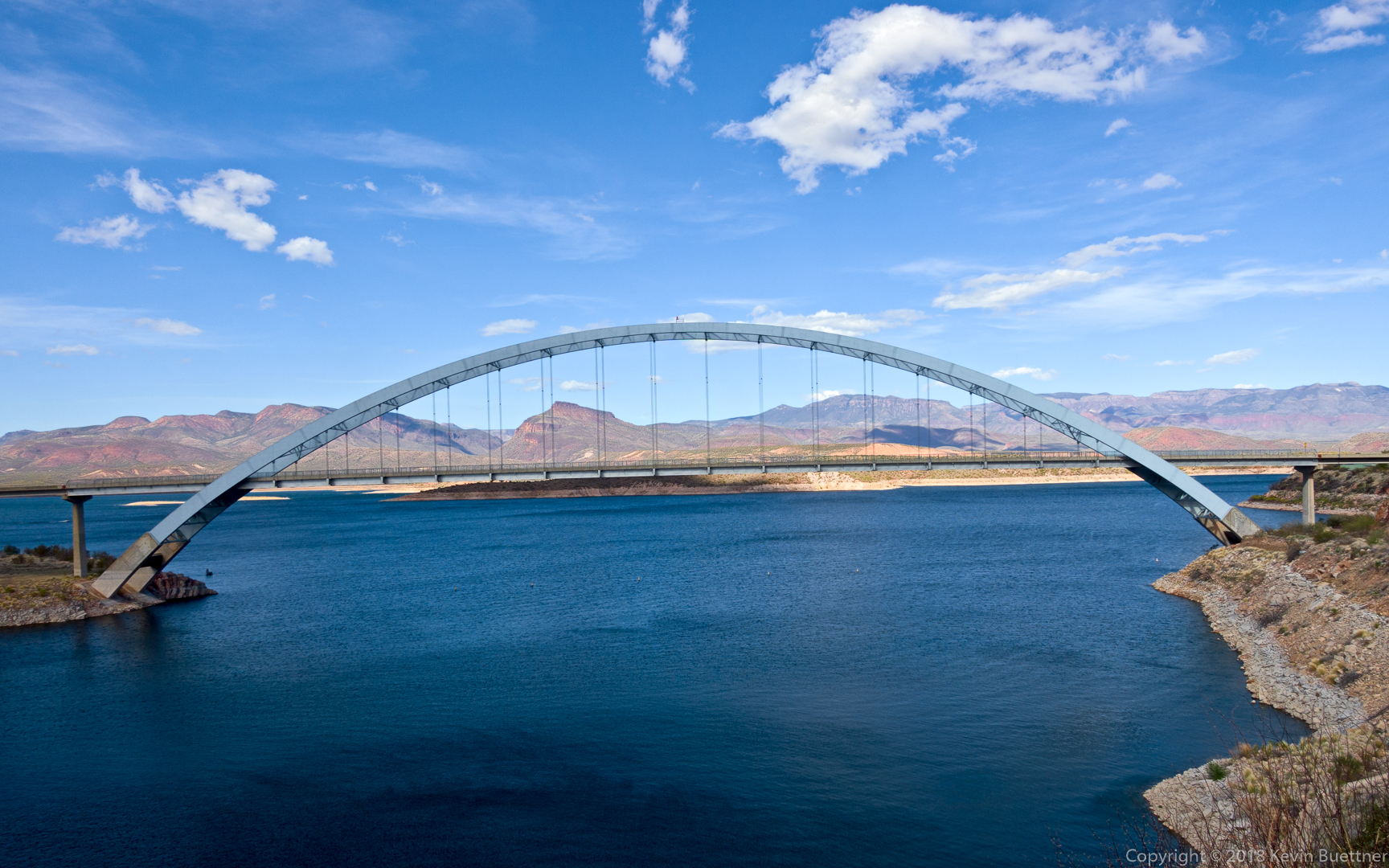