Heather, Ben, and I hiked from the Spur Cross Trailhead to Black Mesa on Friday. From there we hiked over to New River Mesa and then returned the way we came. Total distance was nearly 13 miles with over 3400 feet of ascent.

Black Mesa on the left; Sugarloaf Mountain on the right. Sugarloaf looks higher in this photo, but we were looking down on it when we got to the top of Black Mesa. Black Mesa is about 800 feet taller. 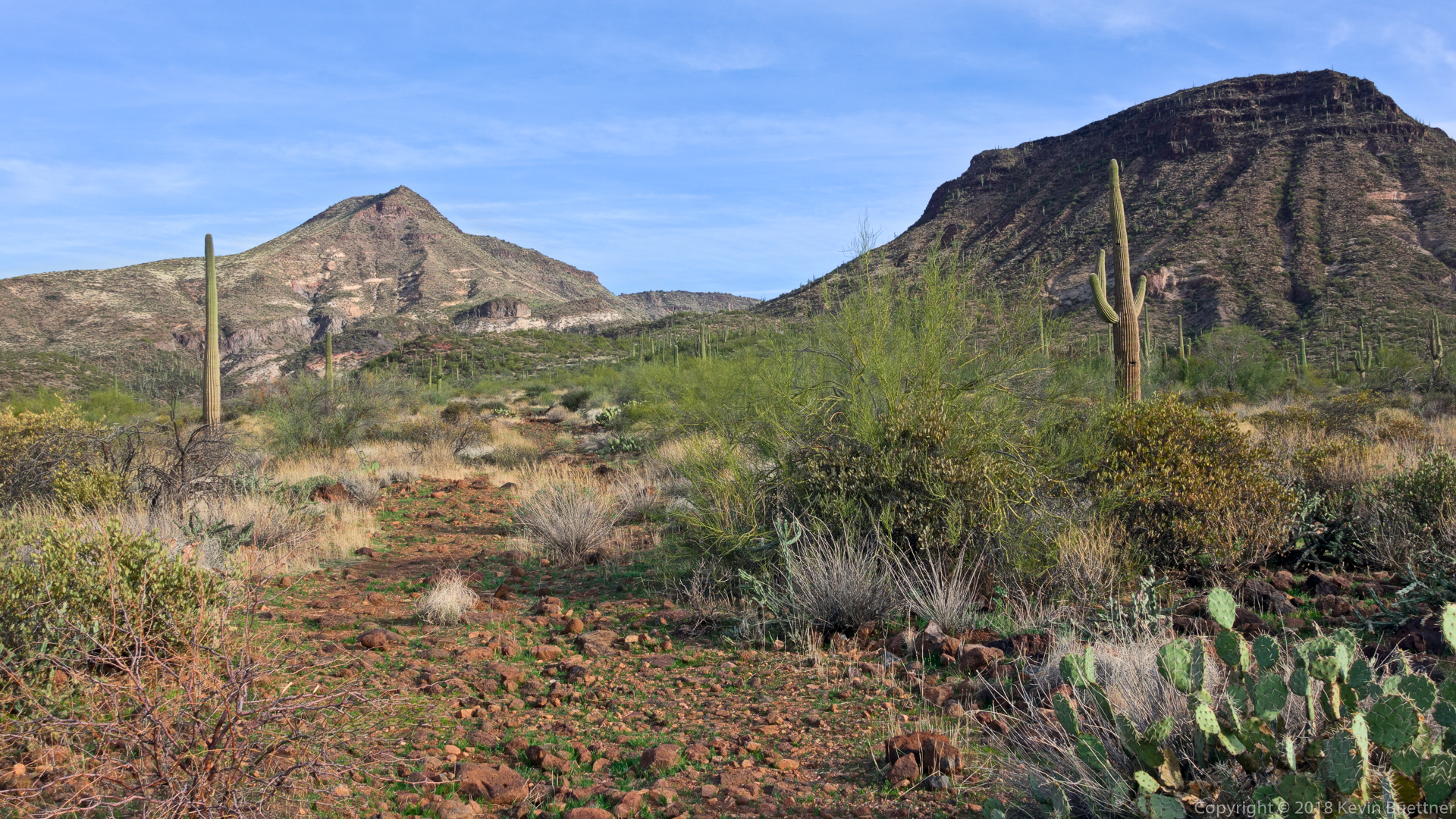 This is the Fortress Pinnacle next to Elephant Mountain. 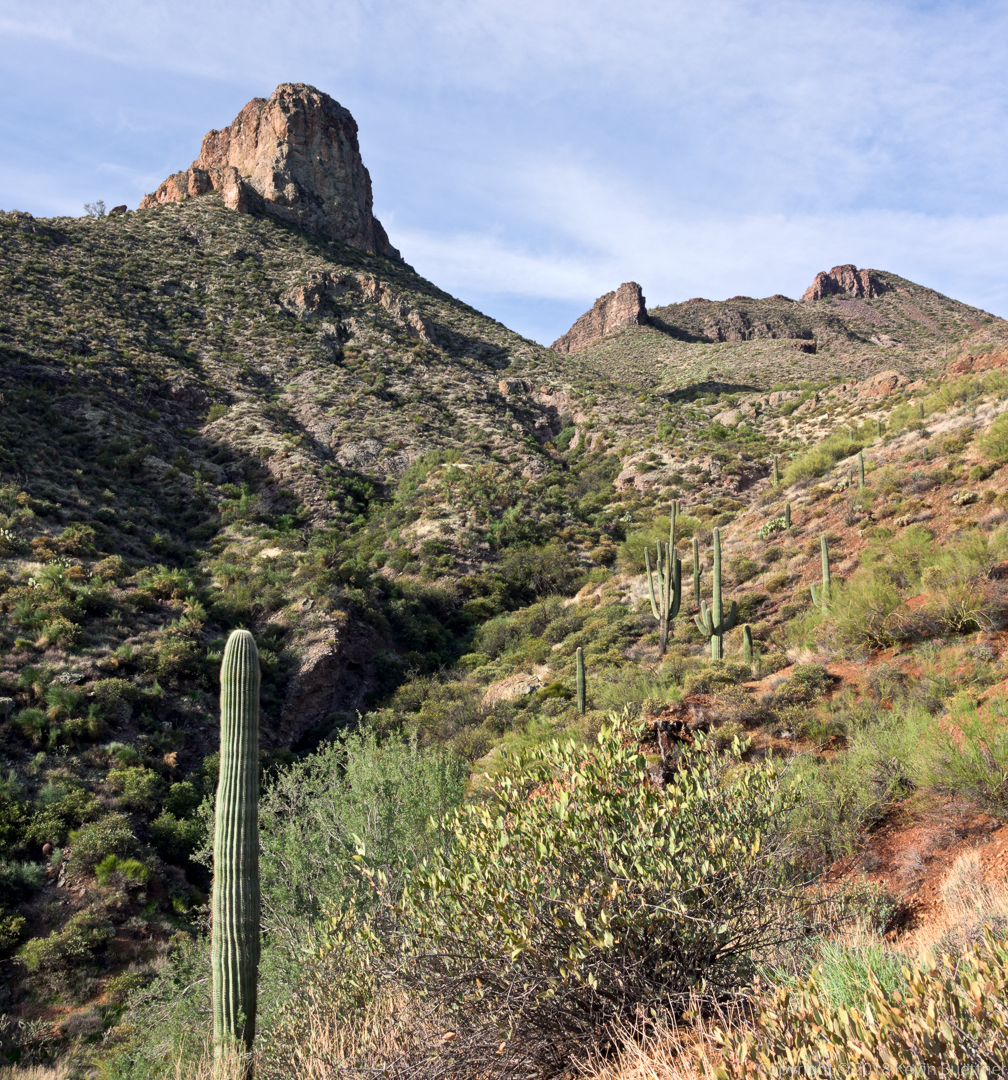 We followed the Rondo Spring Trail, even though it seems like it’s going in the wrong direction. 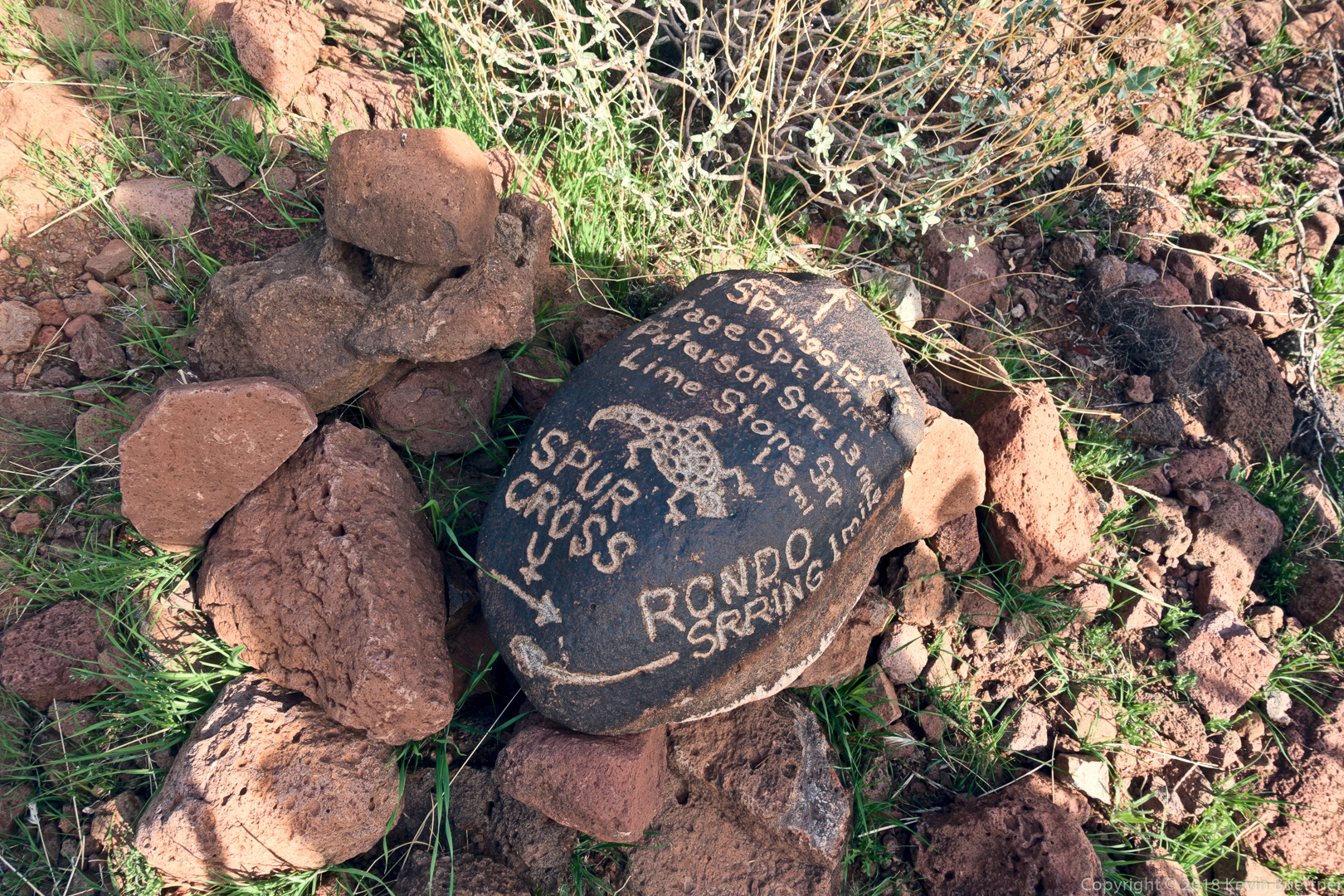 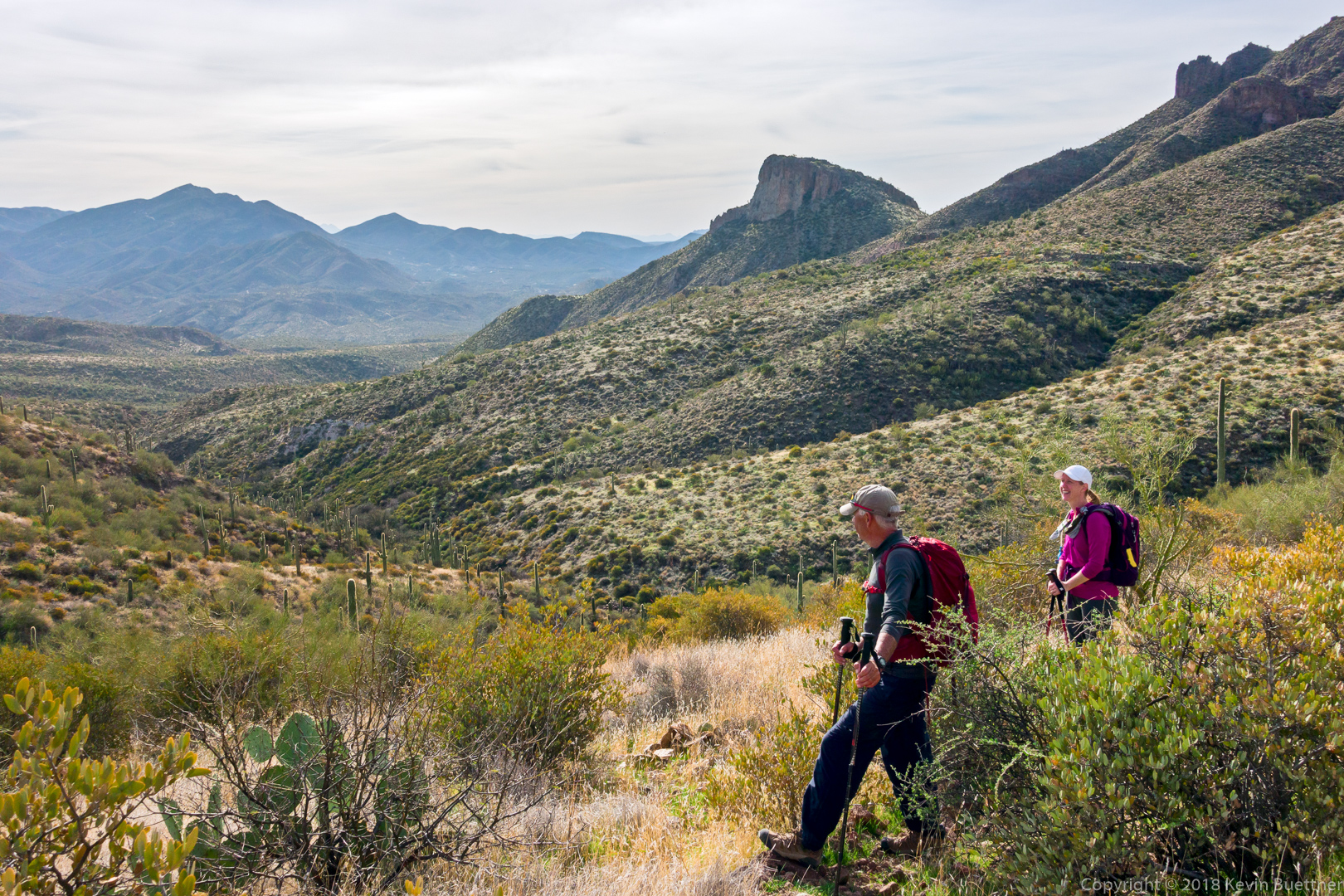 The grass was less of a problem than when we did this hike in December of 2014. Much of it was matted down as shown here. On the section before this spot, it had broken off and was fairly short allowing us to see the cairns. 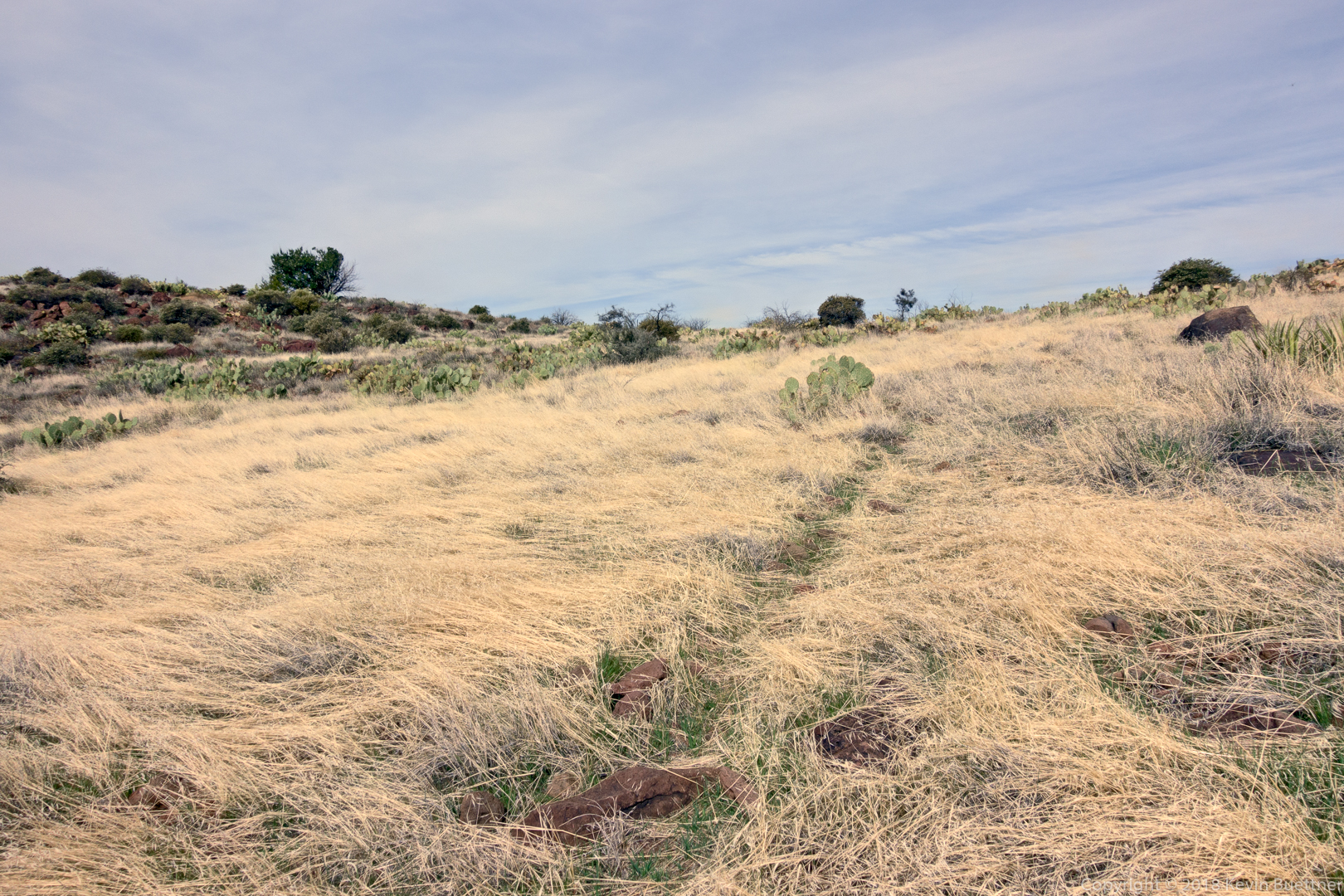 For some reason there’s a yellow tire in a tree at the top of Black Mesa. I haven’t a clue about how it got there. We made it to the top of Black Mesa in good time and with such relative ease that I suggested going over to New River Mesa, which is the formation well beyond the tree. There’s a fairly narrow isthmus which connects the two mesas. 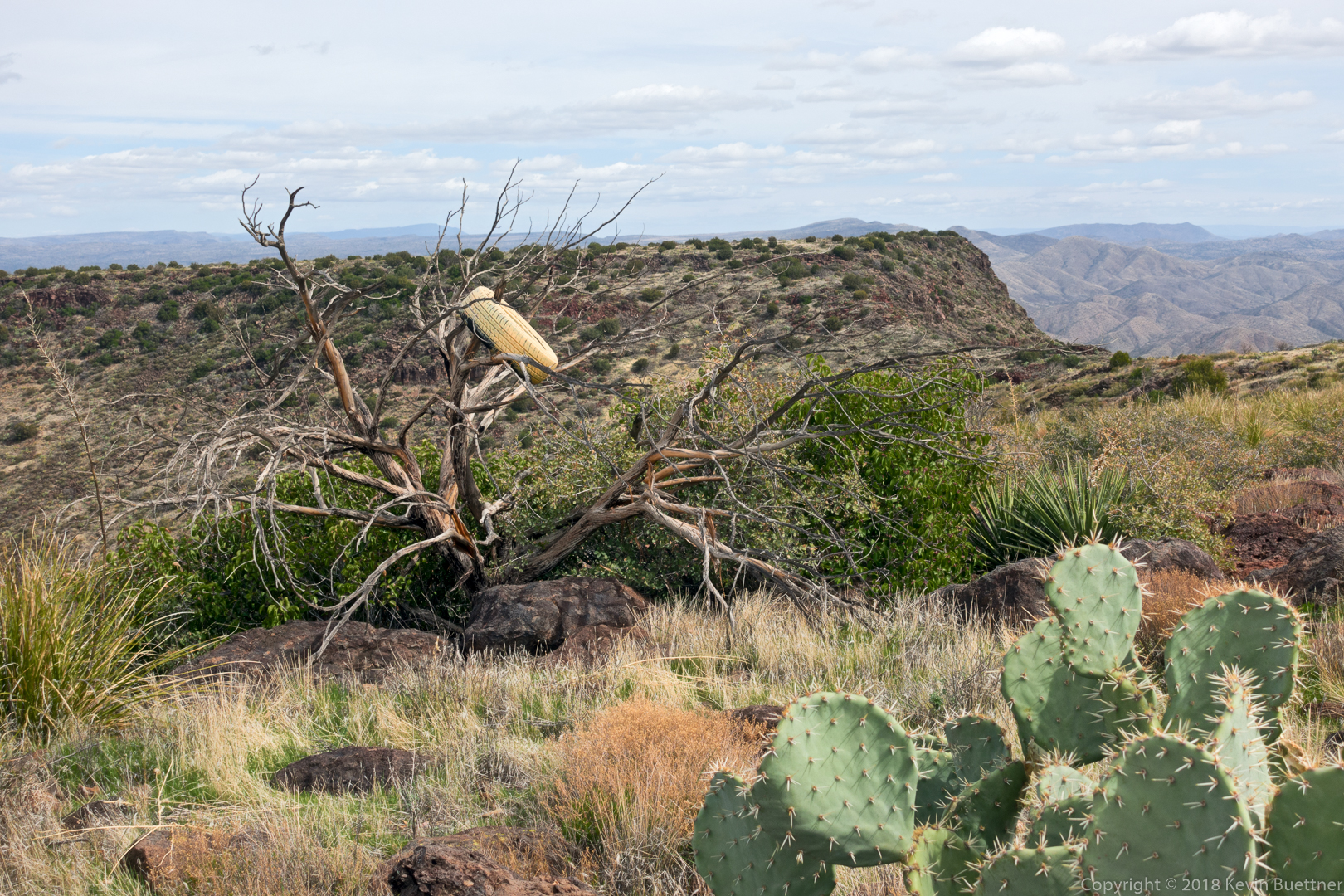 Looking at Skull Mesa from that connector strip of land between Black Mesa and New River Mesa: 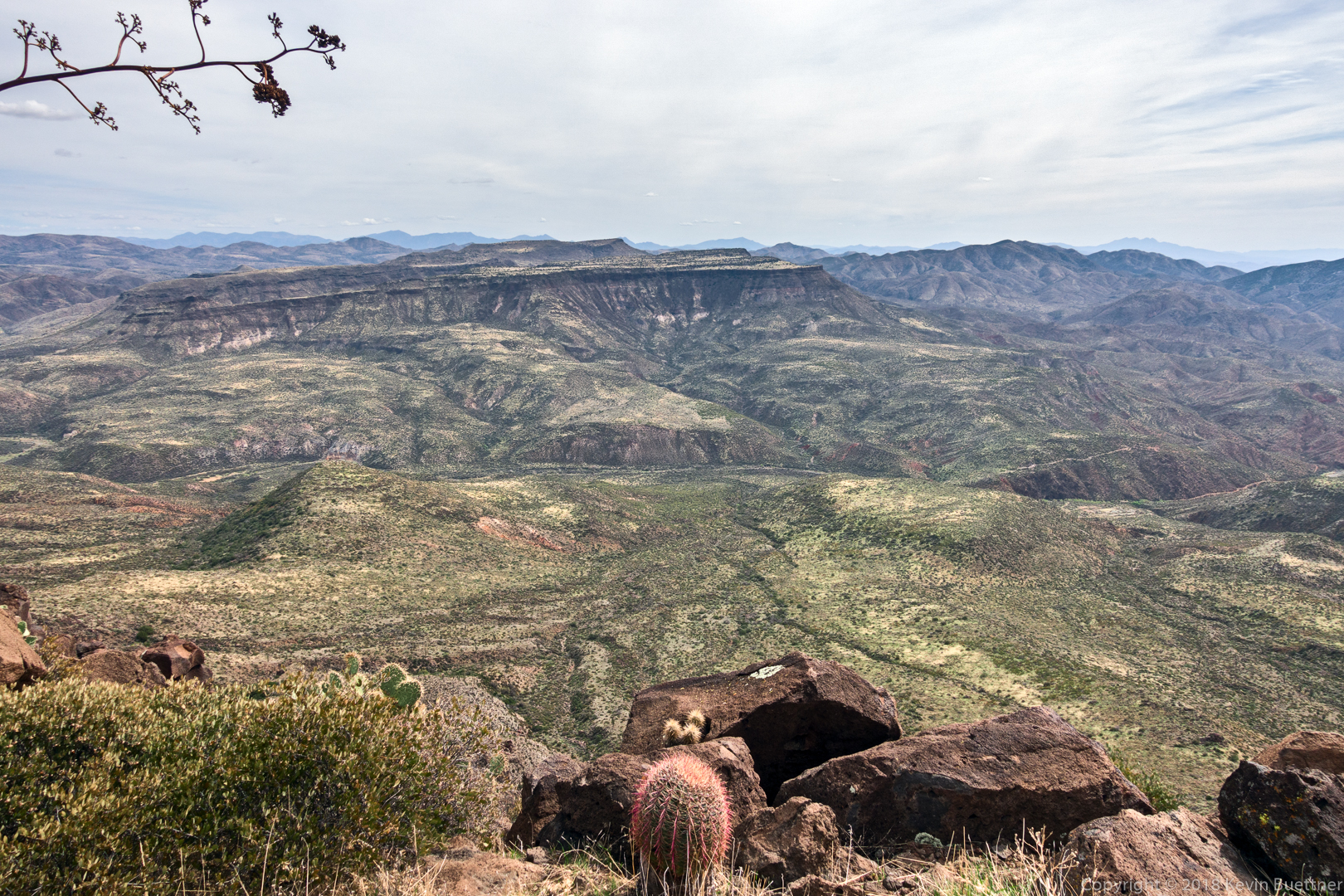 Heather and Ben make their way down some rocks: 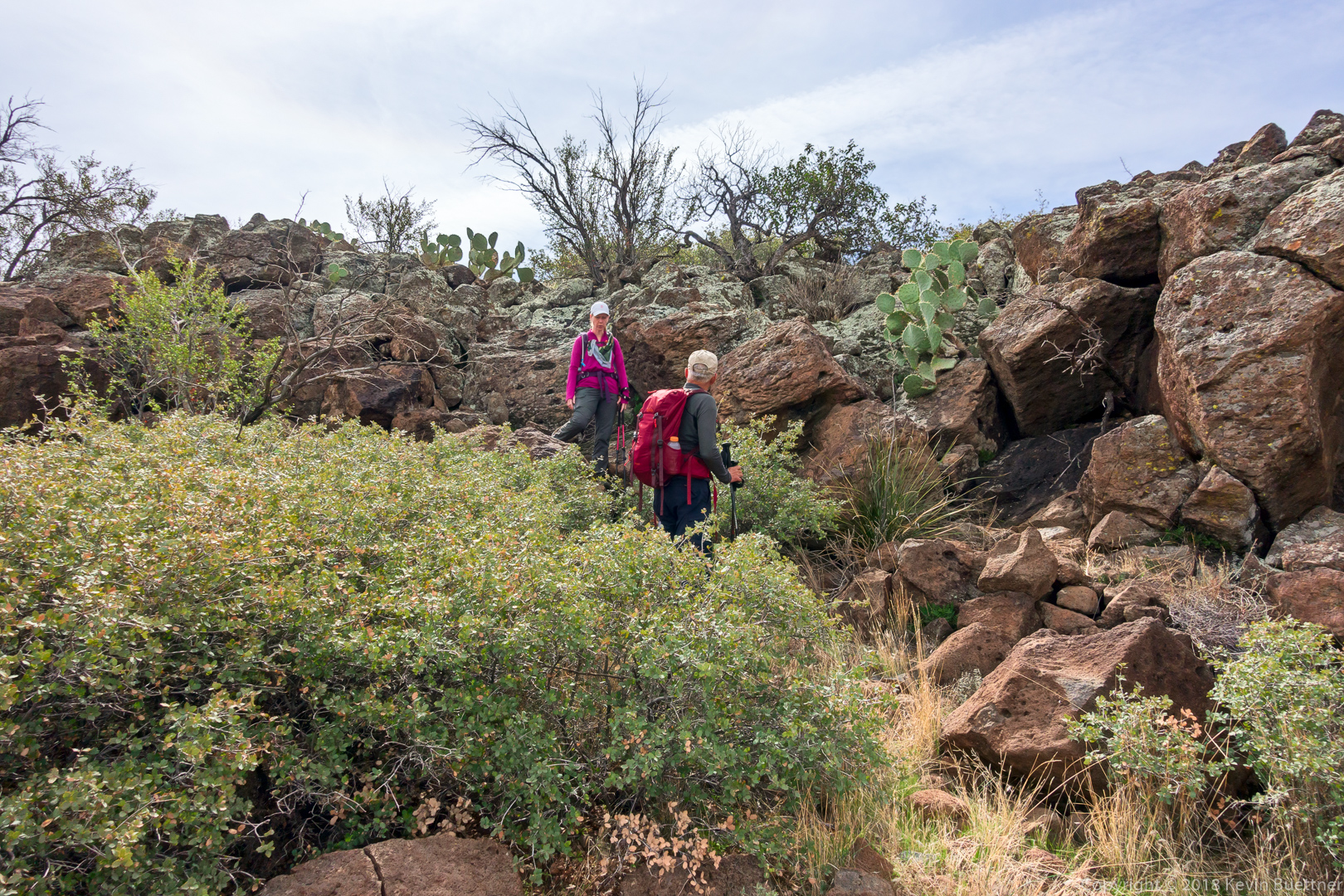 We didn’t see many flowers on our hike which is kind of unusual for Spring. 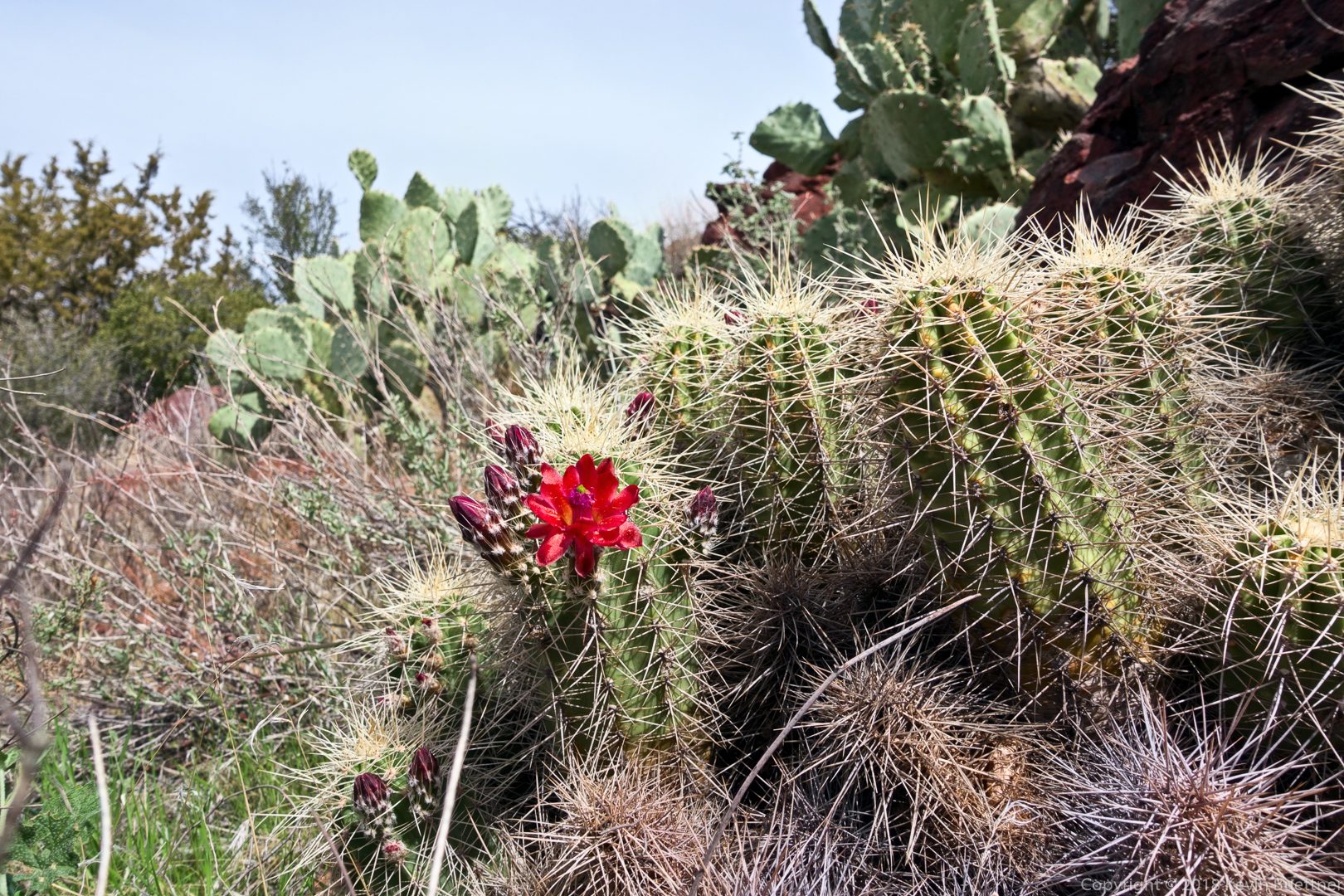 Looking back at Black Mesa, on the right, from New River Mesa. The formation to the left is Sugarloaf Mountain. 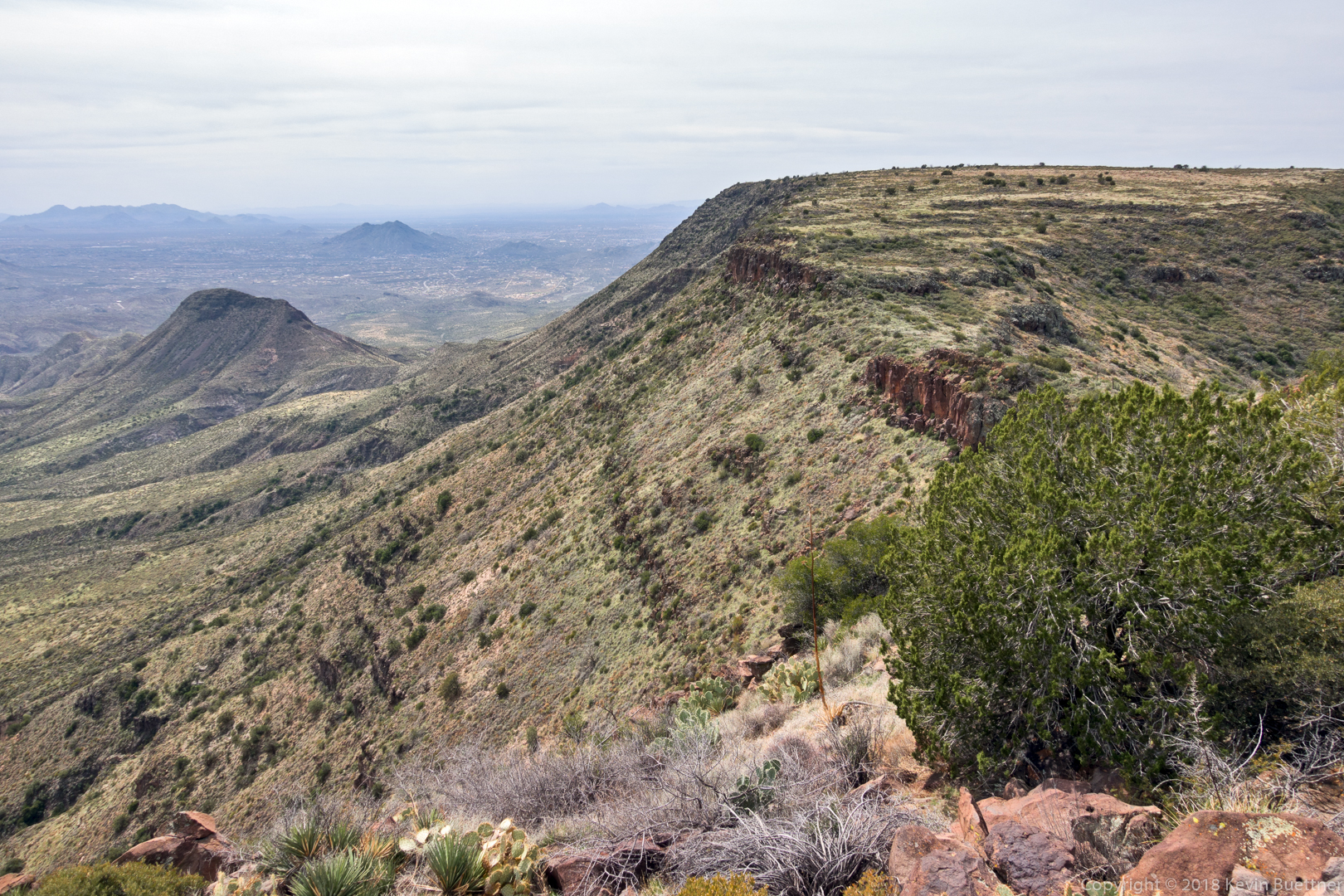 Another look at Skull Mesa, this time from New River Mesa: 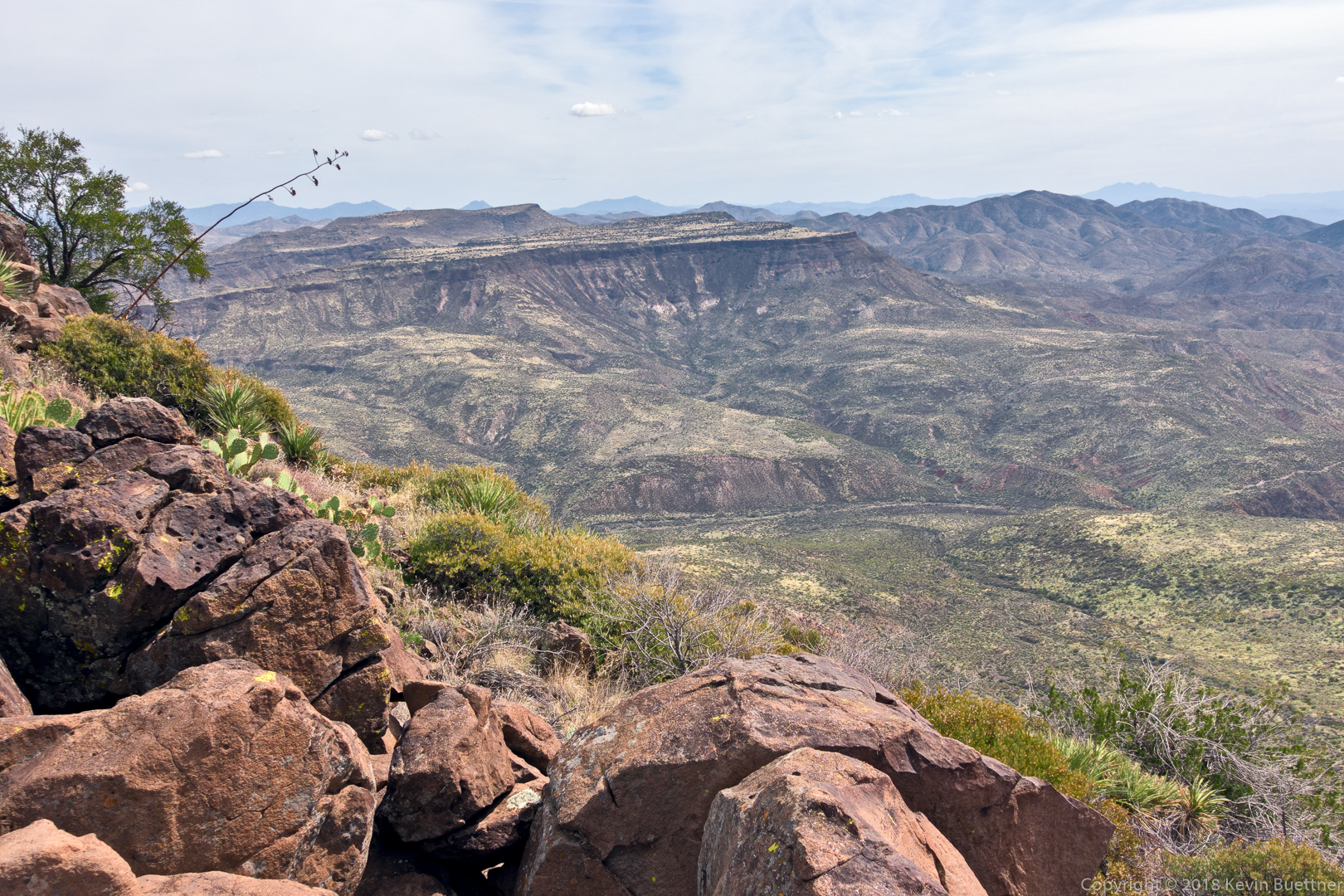 We encountered this dead tree on our way back across Black Mesa. 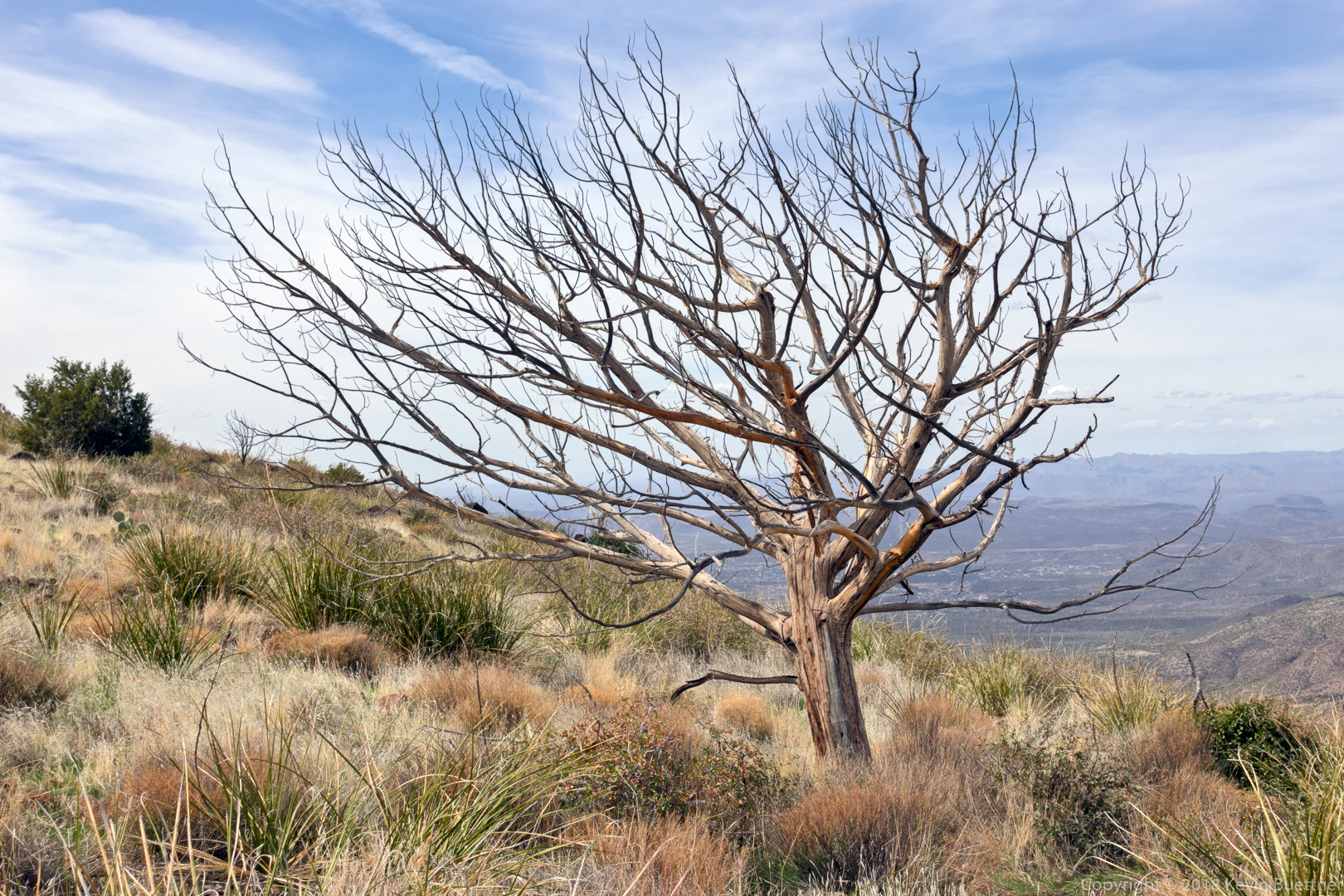 Some of the ocotillos are in bloom: 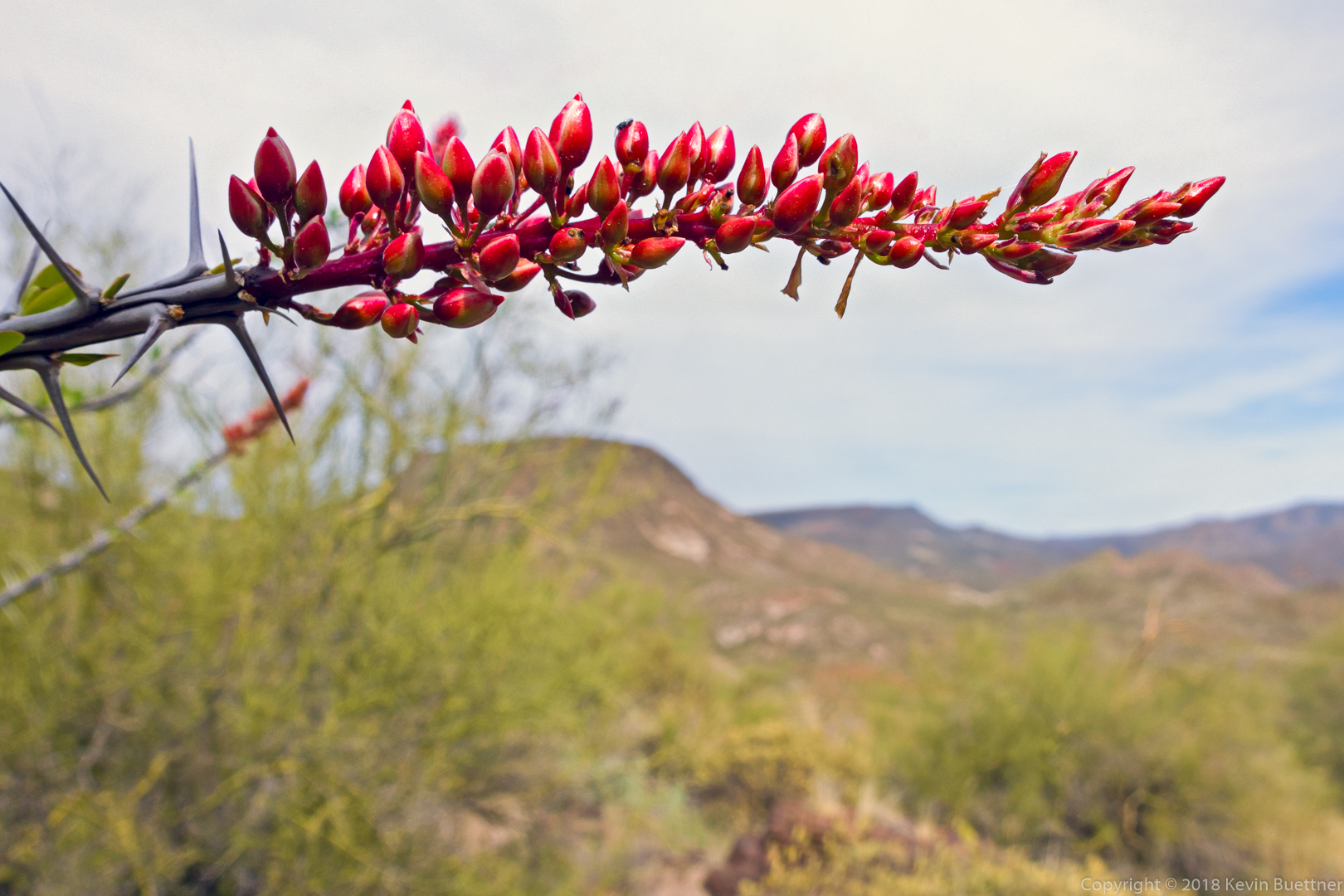 We saw this young Mule Deer as we returned on the Elephant Mountain Trail. You can see its mom’s ears poking up above the bush on the right. 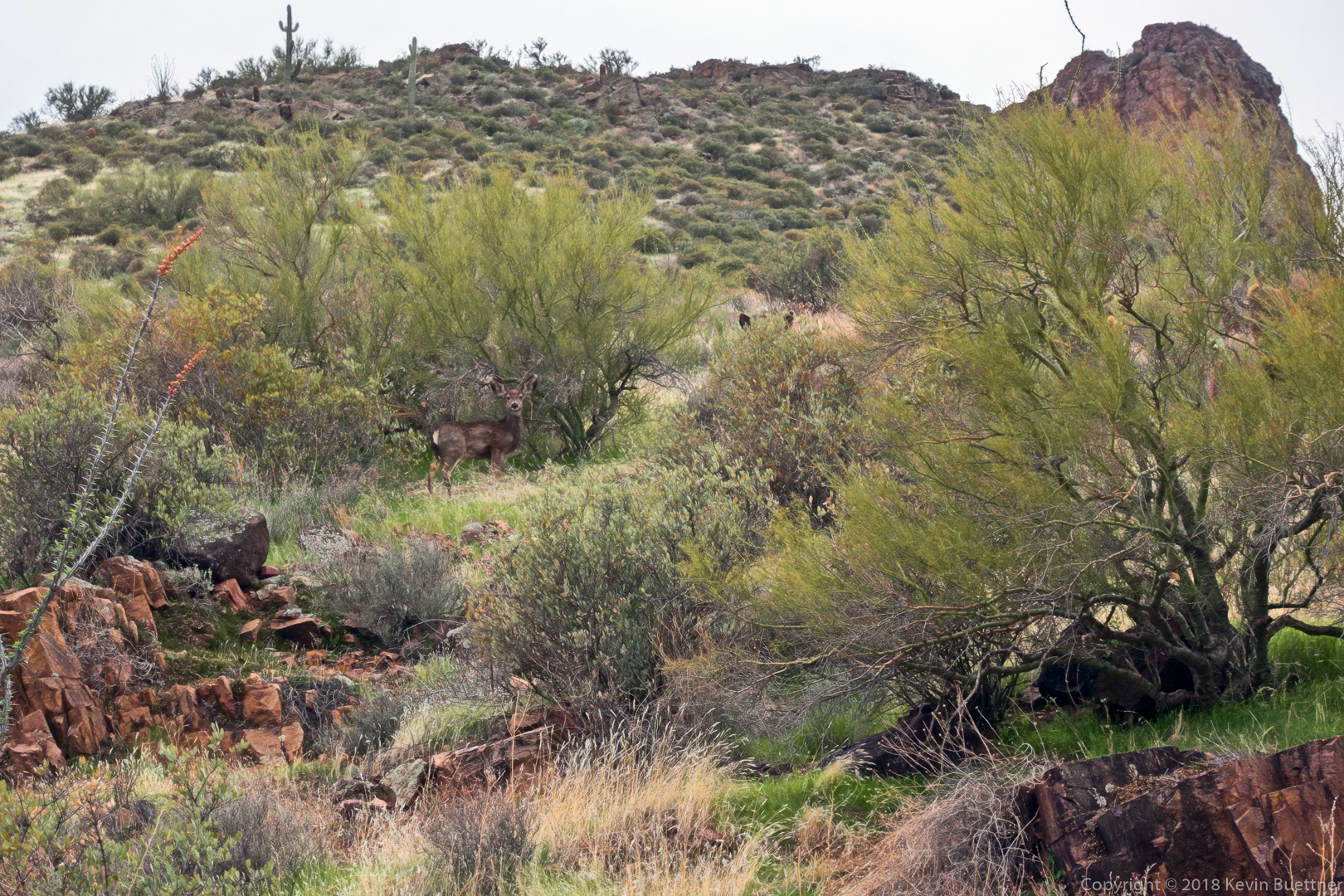