Bob, Sara, Mike, Kay, Sunaree, Marilyn, and I hiked a loop of a little over 10 miles starting from the Horse Staging Area. 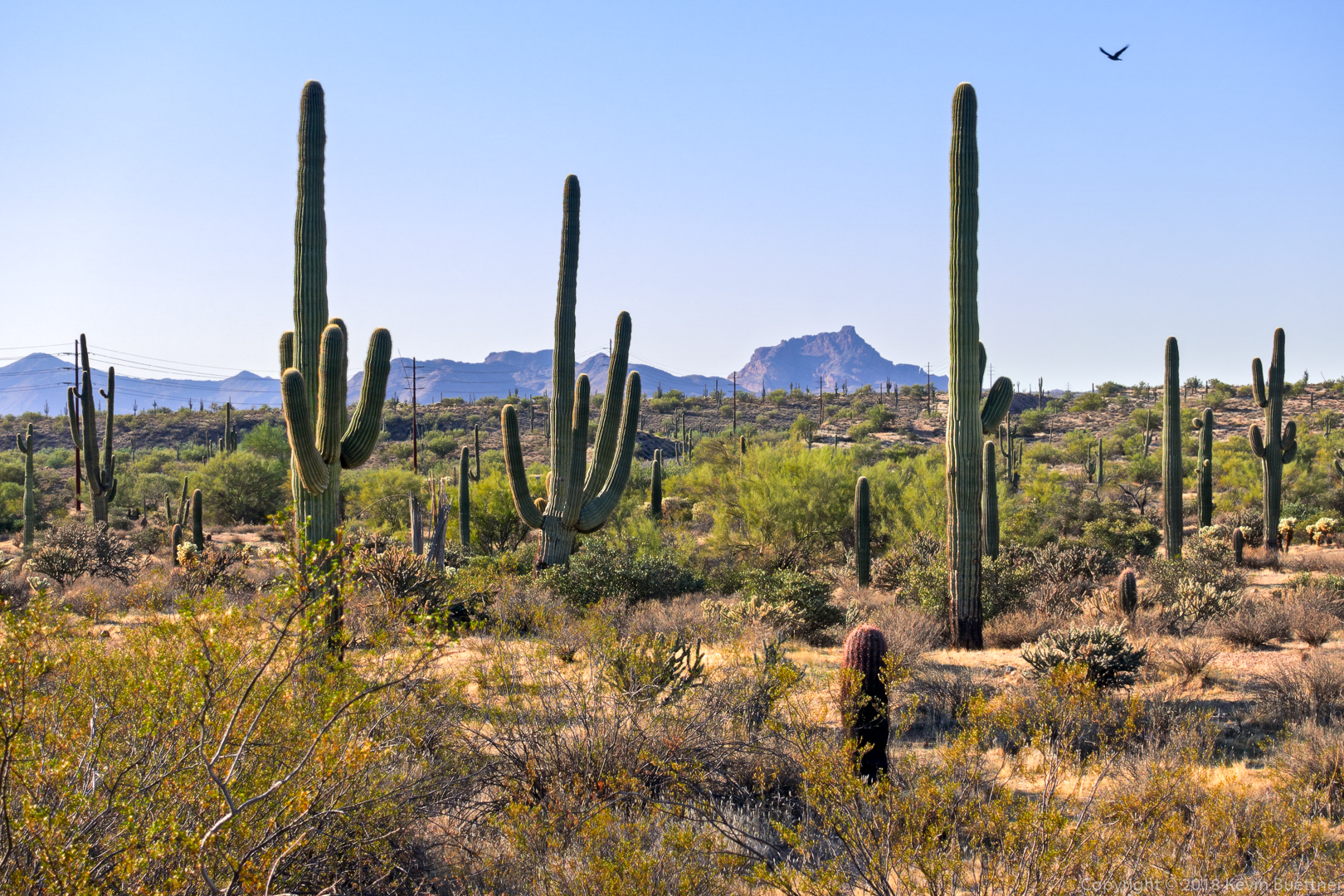 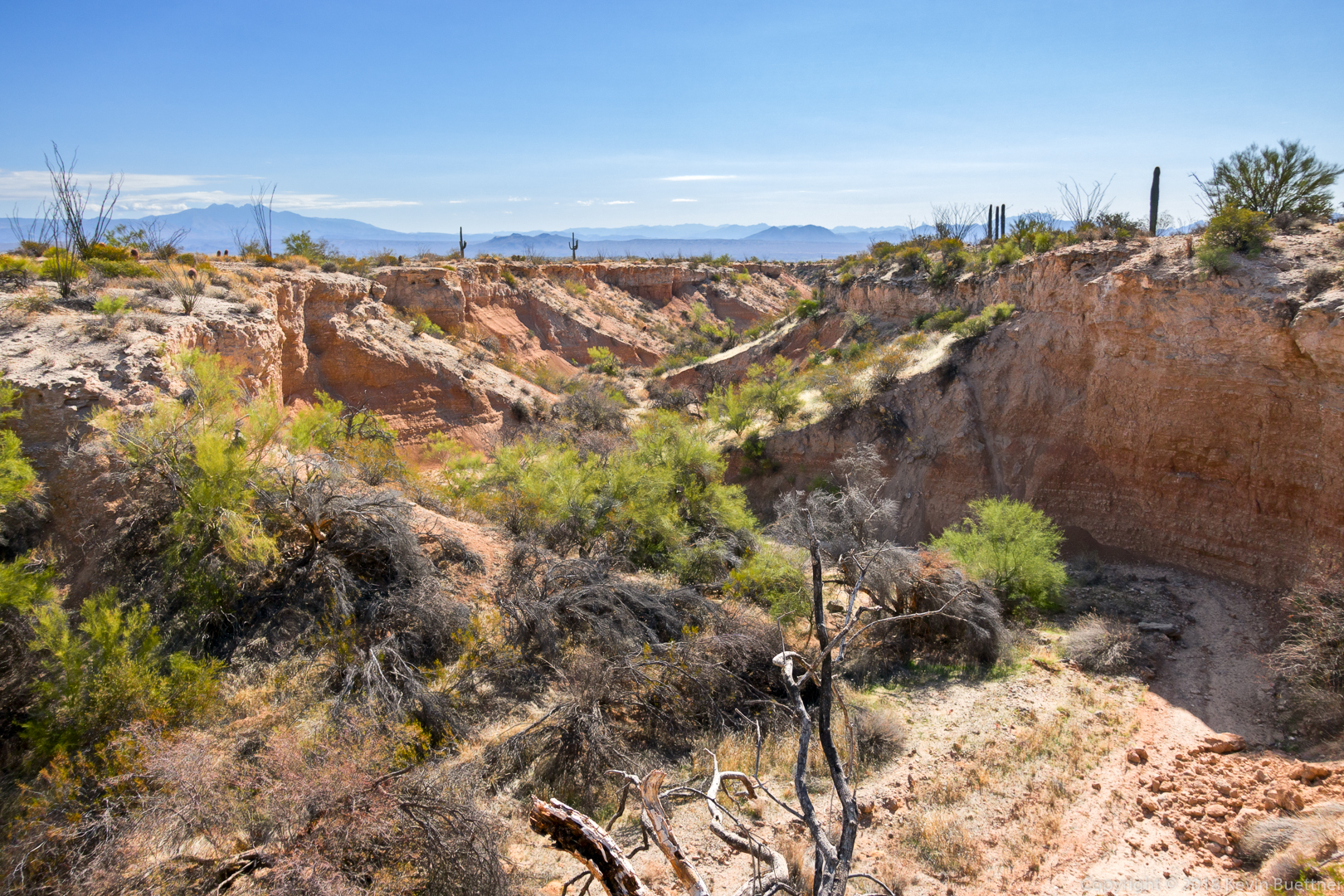 This tree had six owls in it of which three are easily visible in this photo.  If you look very closely, it’s possible to pick out the fourth.  There’s a spot where there might be a fifth owl, but I can’t be sure. I have no idea where the sixth owl was hiding. 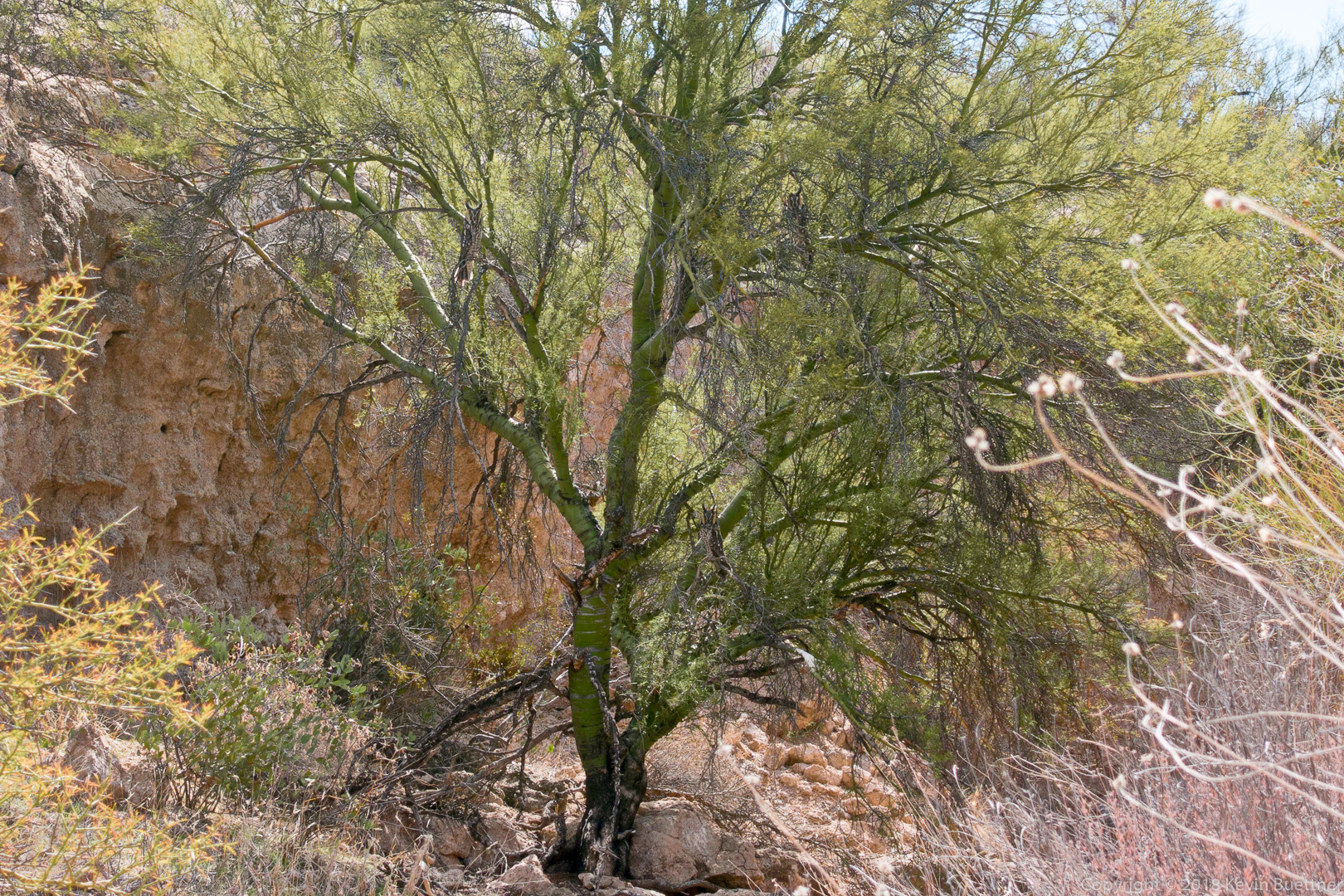 This was one of the owls flying down the small gorge through which we hiked. We saw these owls several more times as we made our way down the wash. 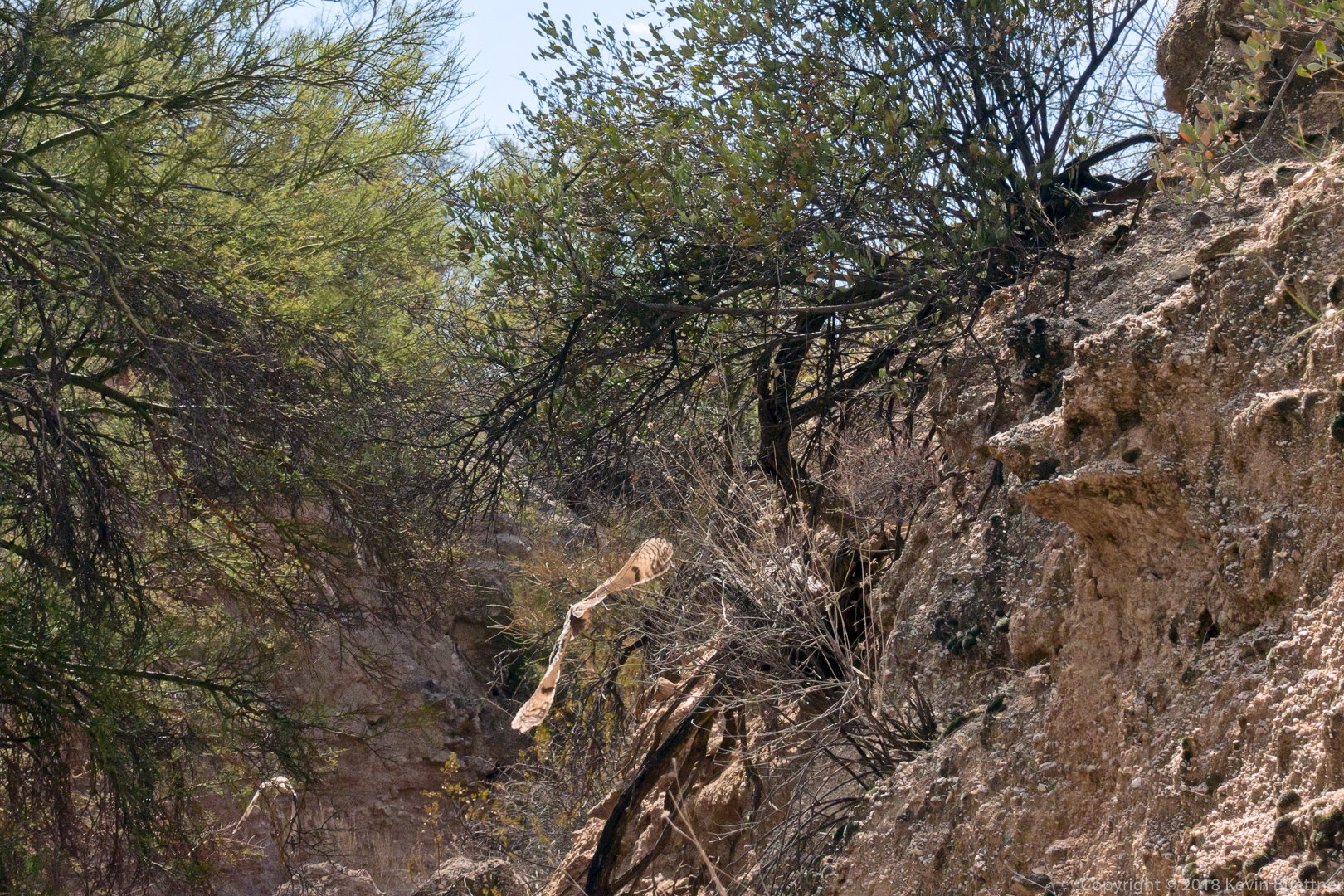 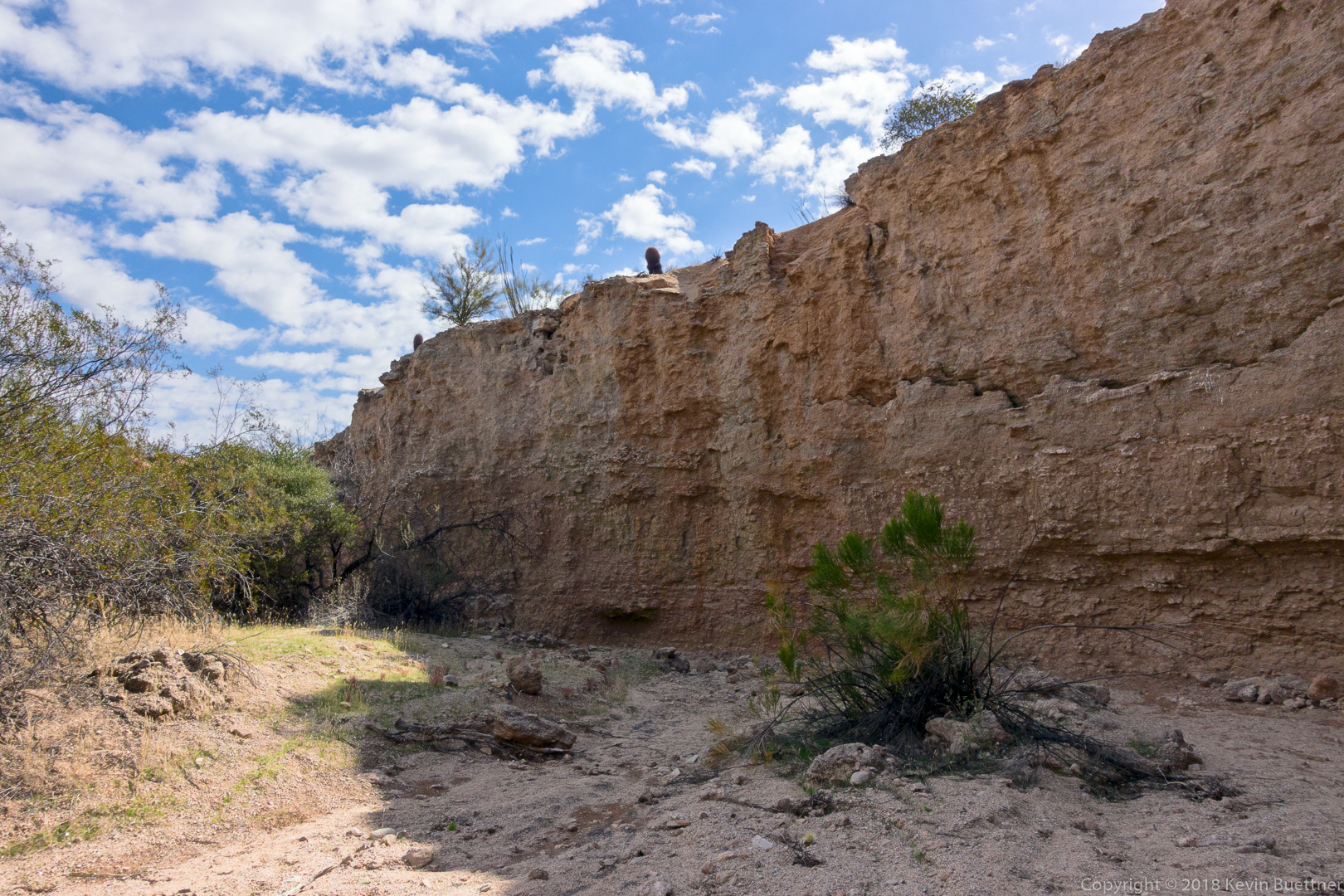 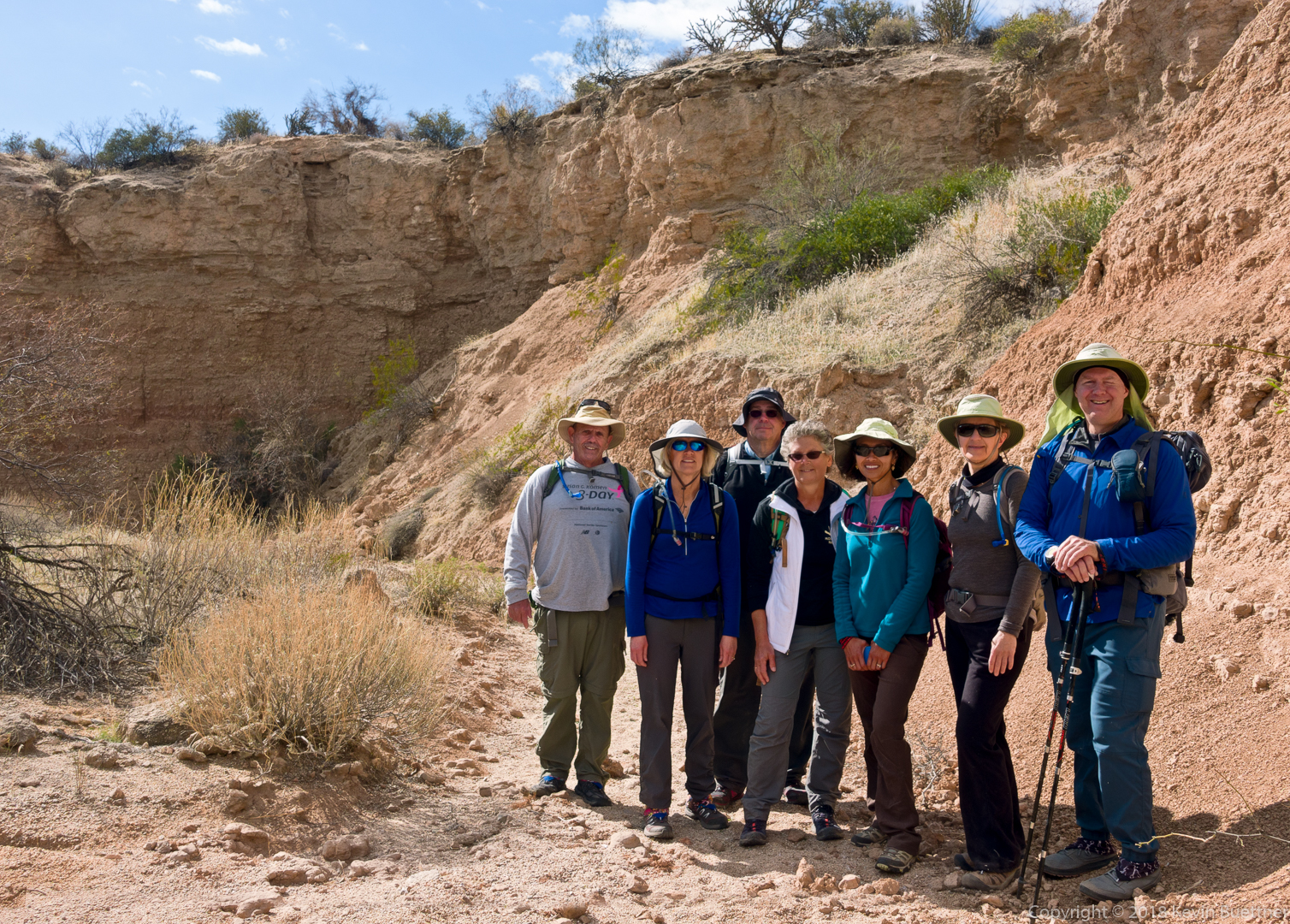 A relic from the days when this land formed part of a working ranch: 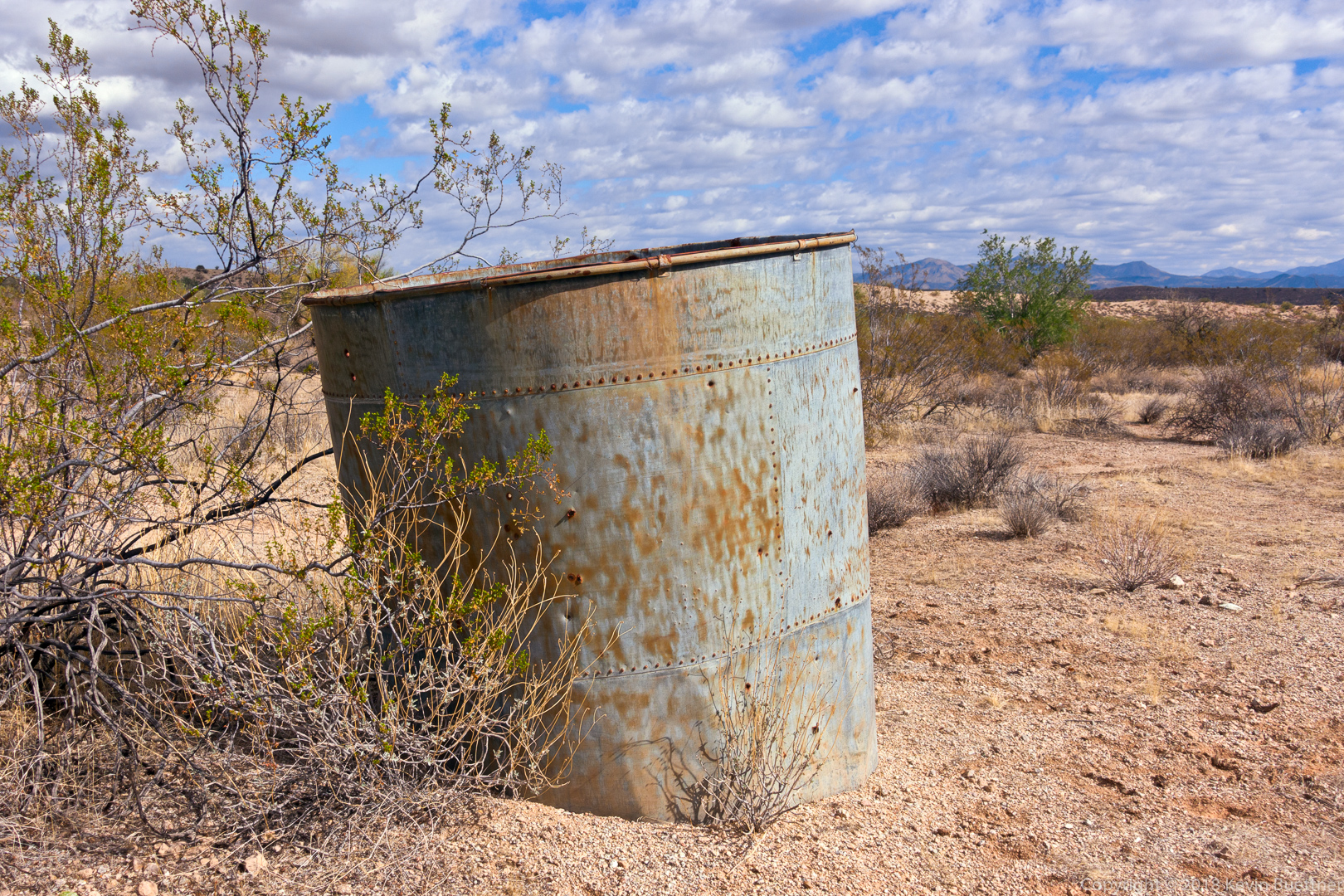 This is a look back at part of the Sport Loop, one of the competitive tracks in McDowell Mountain Regional Park: 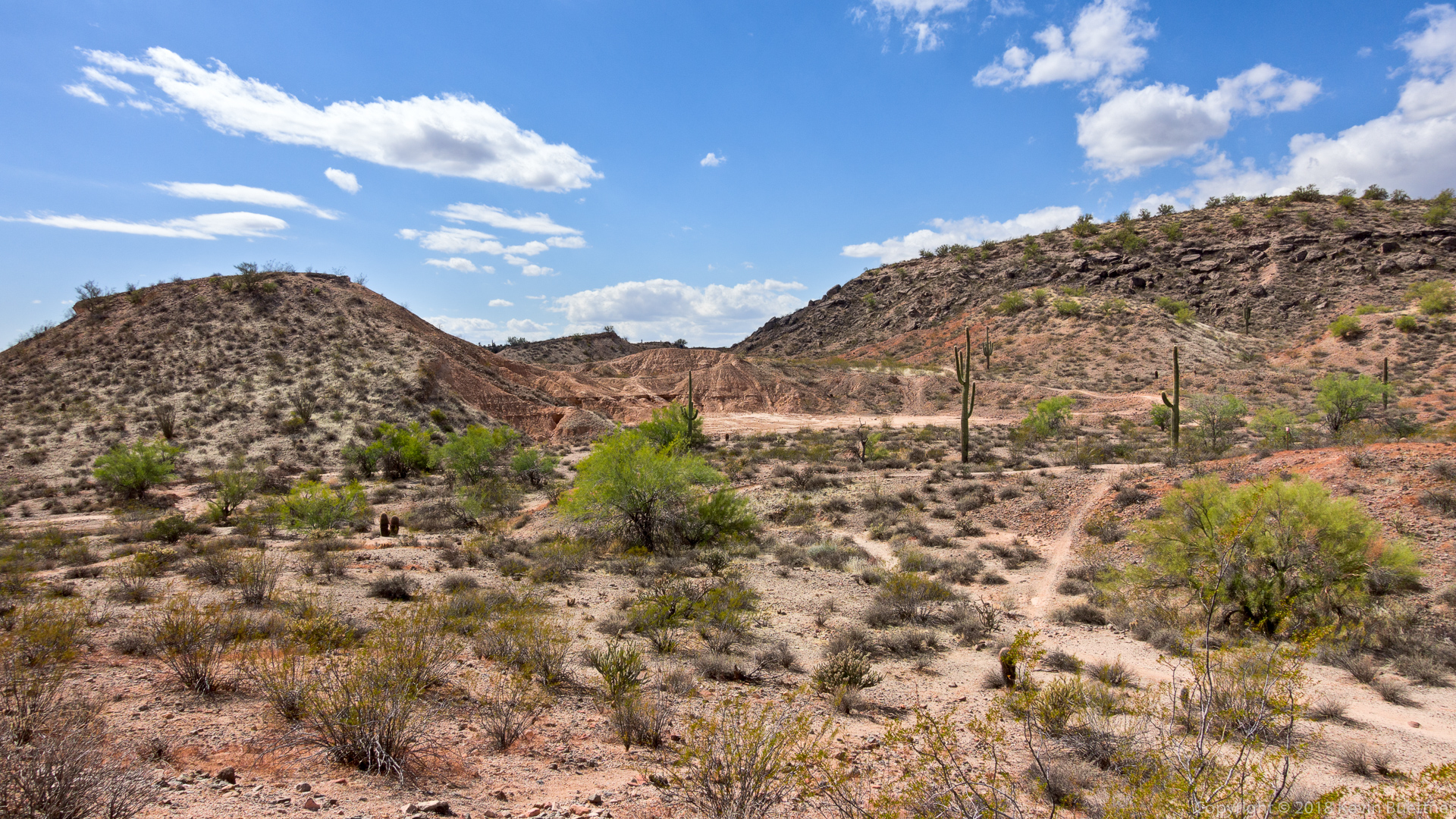