Cheryl, Sunaree, Marilyn, Mike, and I did a 10.7 mile hike starting from the Dixie Mine Parking lot. We hiked Dixie Mine to the road, then went and took a look at the mine and the petroglyphs. We continued up the canyon, which eventually turns into just a wash until we got to the Prospector Trail. At that point, we turned right and followed the Prospector Trail up to it’s junction with the Bell Pass Trail. We then took Bell Pass, Windmill, and Coachwhip back to the Dixie Mine Trail for our return trip. Total distance was just under 10.7 miles with nearly 1500 feet of total ascent.

This is a view of one of the washes that crosses the Dixie Mine Trail, well before getting to the service road. 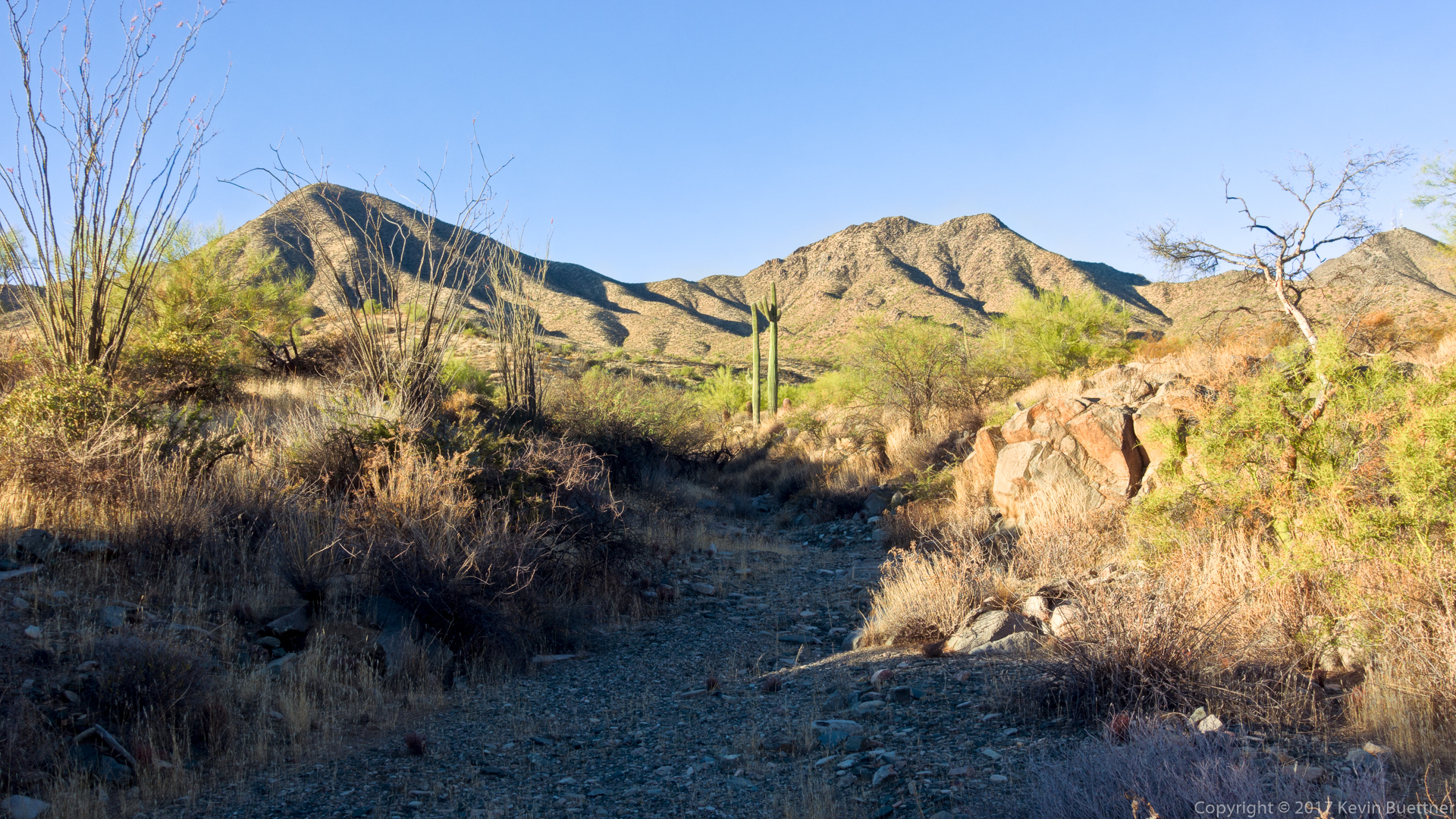 A view of the mine tailings.  Our route went well below the tailings through the trees that can be seen in the wash. 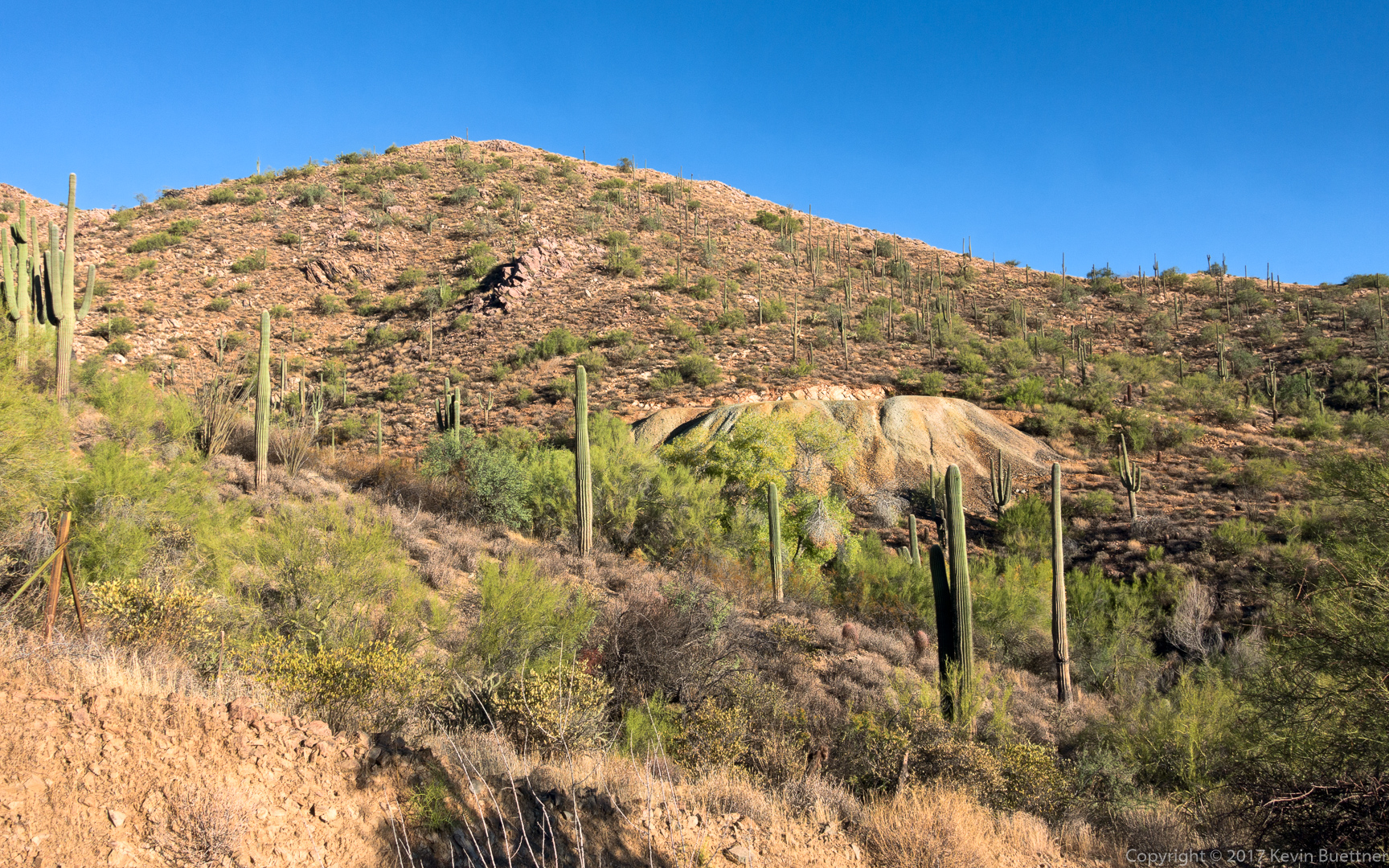 This is one of several shallow holes near the mine.  It goes in perhaps only eight feet and there is no vertical shaft. I suppose that the warning sign is posted in the not very likely event that it should collapse. 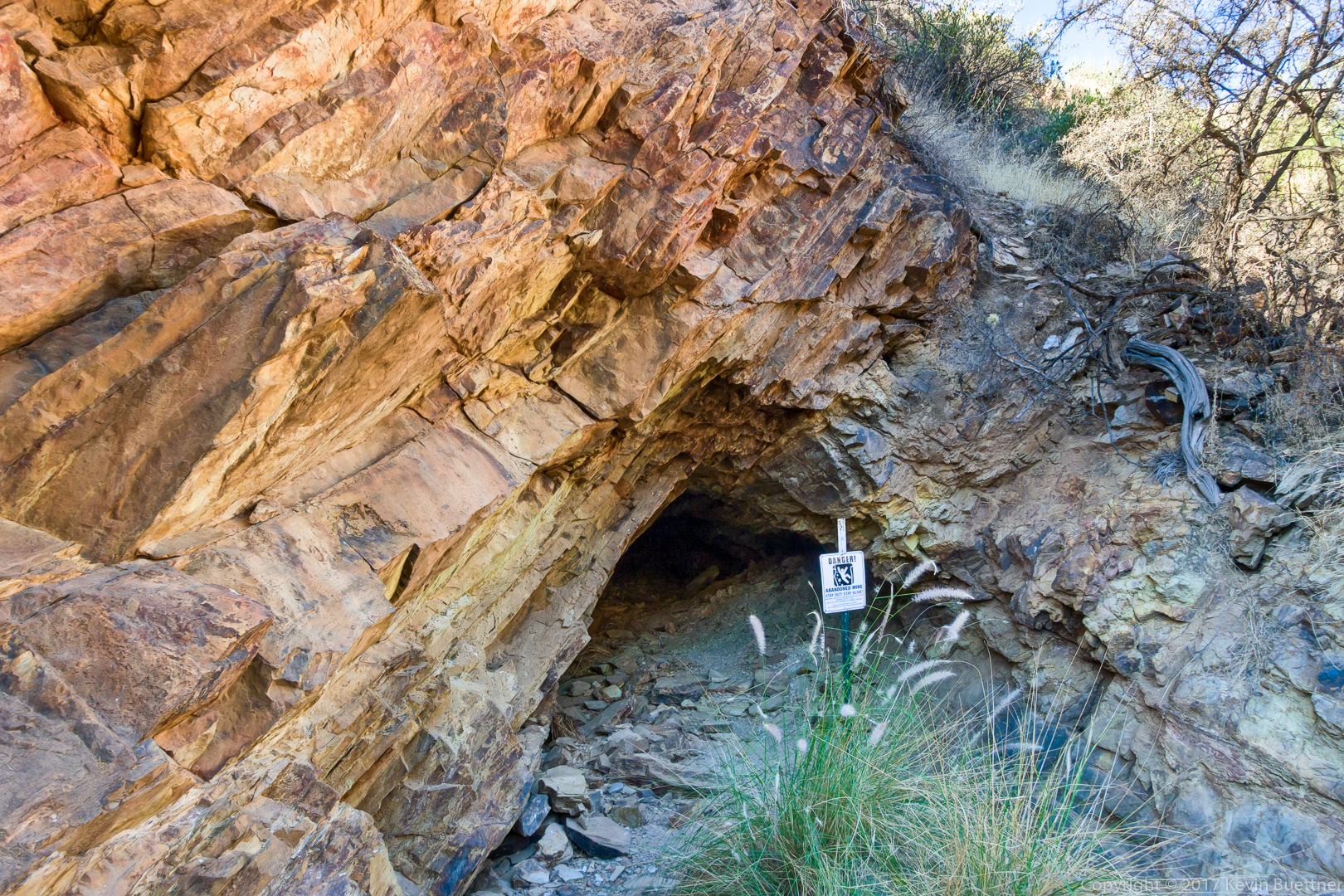 Although I took a picture of the main petroglyph panel which is near the mine entrance, I decided not to post it for this hike.  (I’ve taken a lot of pictures of it.) These are some other petroglyphs which are further up the canyon on the way to the “waterfall”. 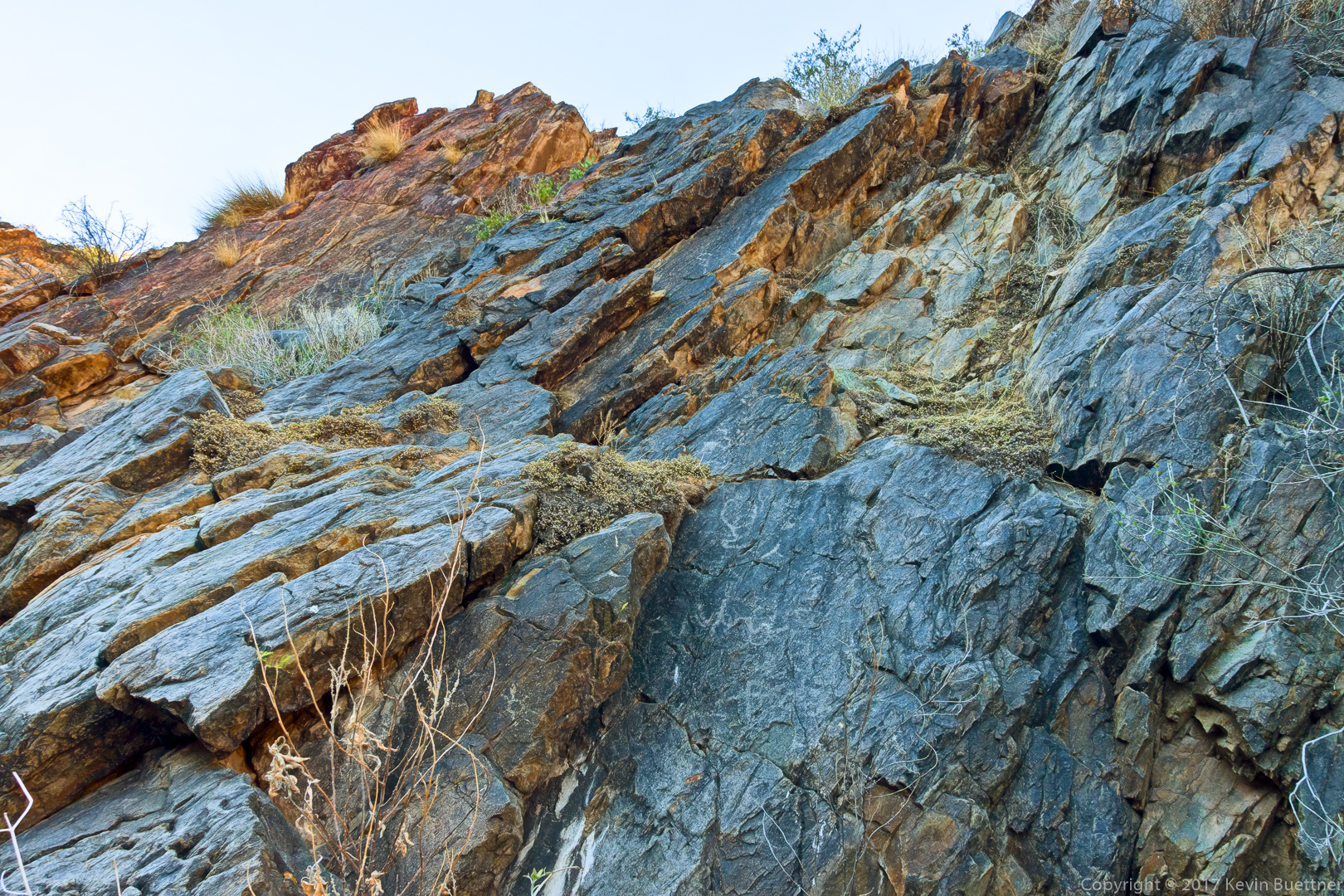 Another pair of glyphs: 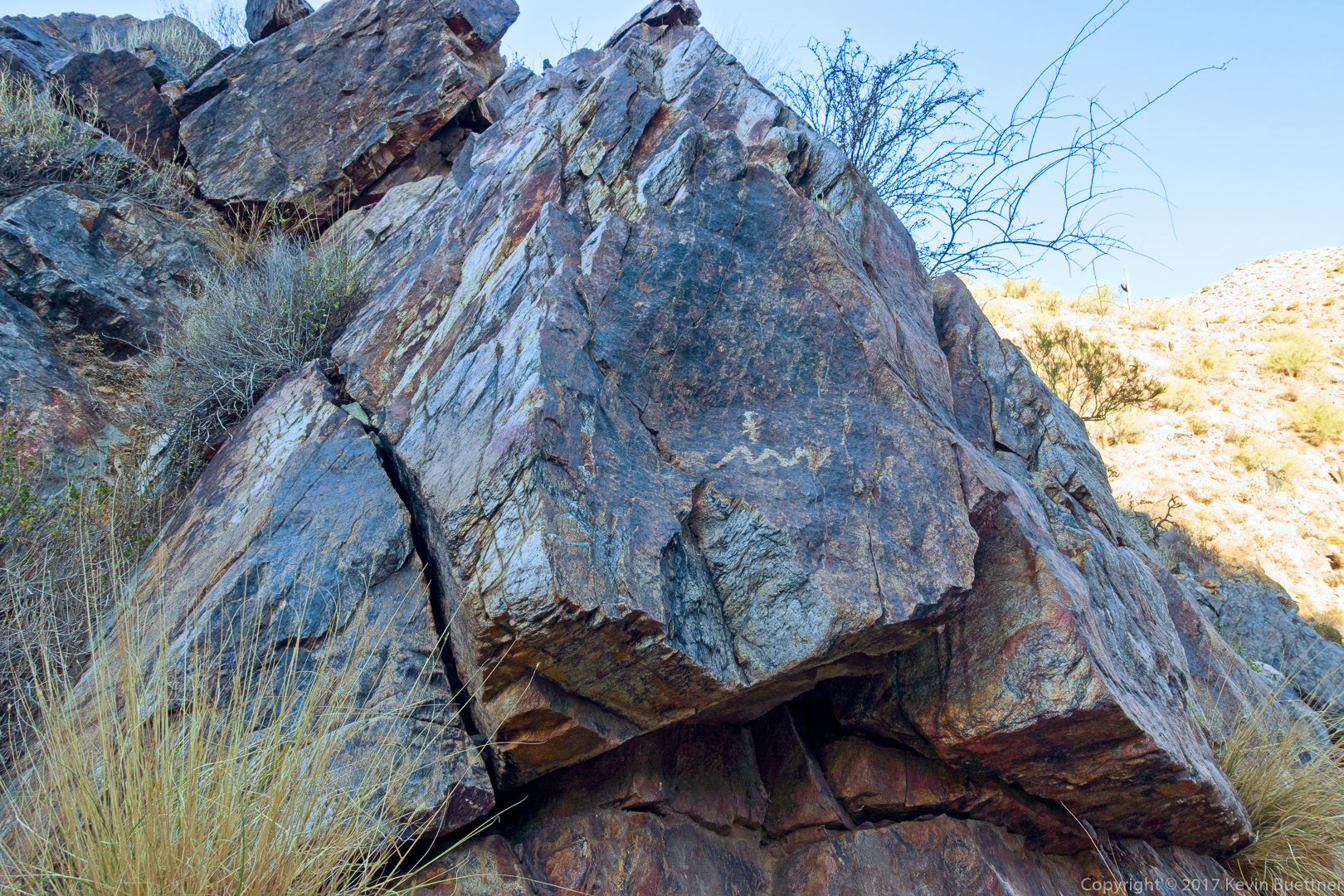 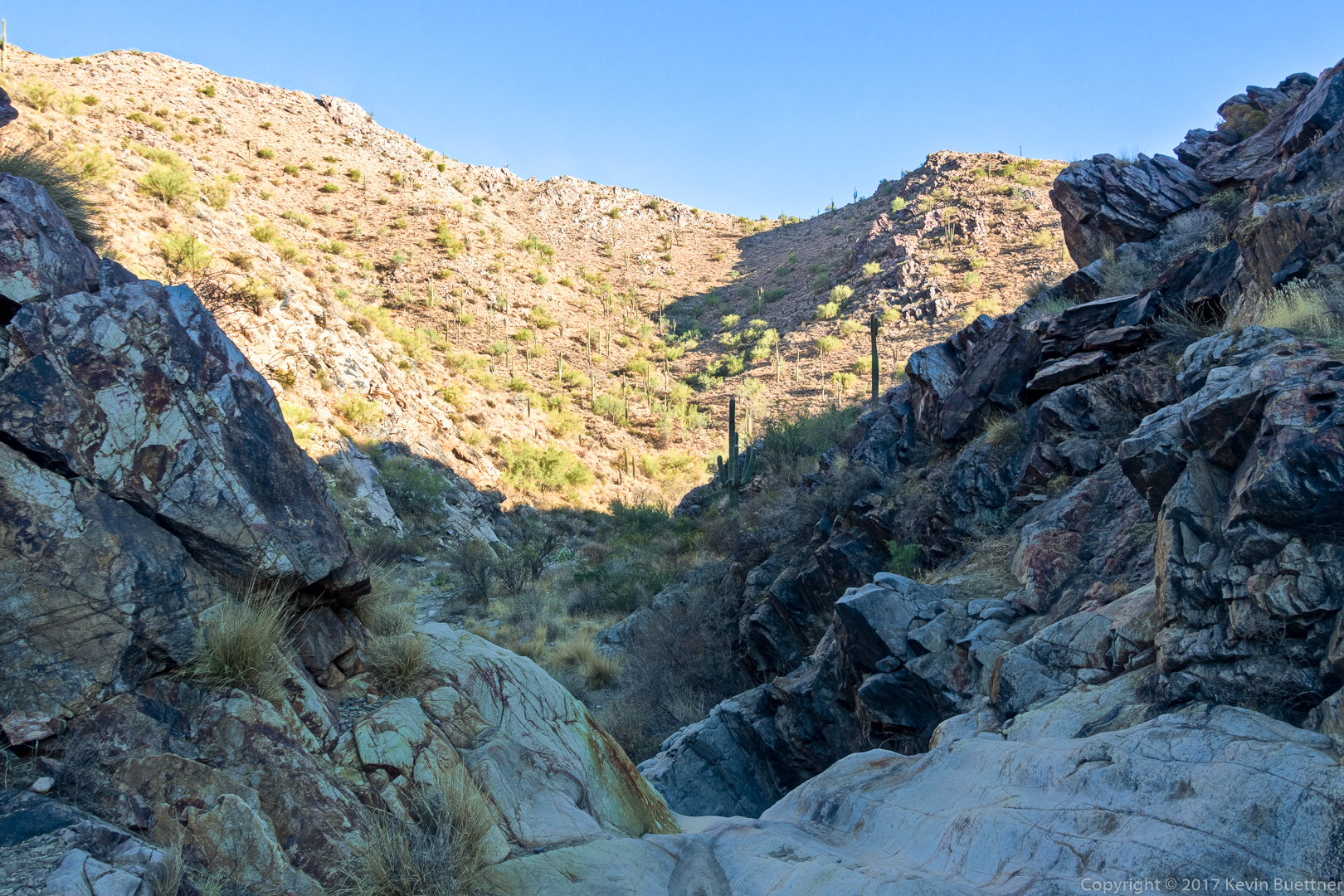 A triangle shaped slab can be found further up the canyon: 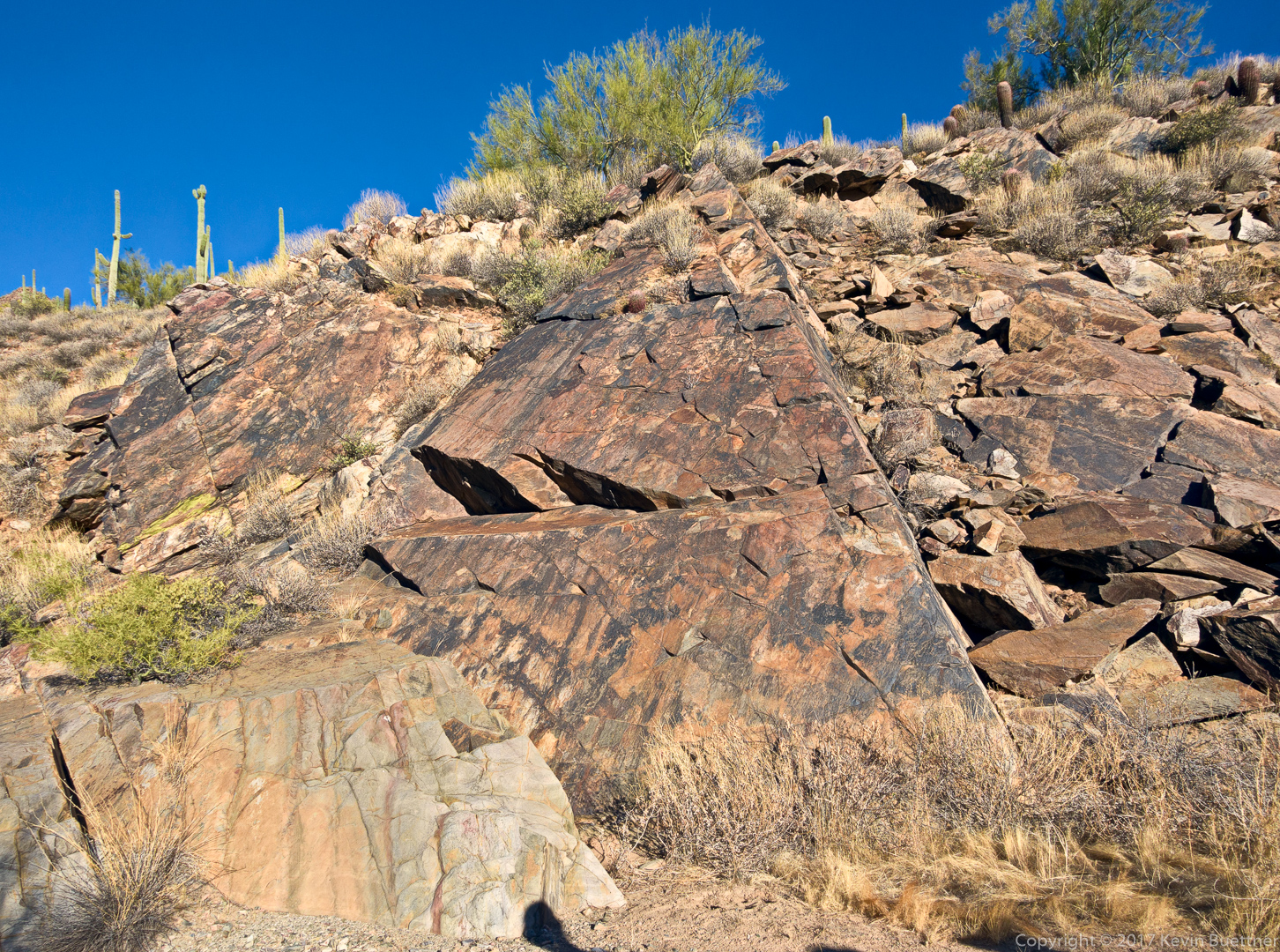 This is one of the views just before the canyon opens up, turning the route into a hike up a wash: 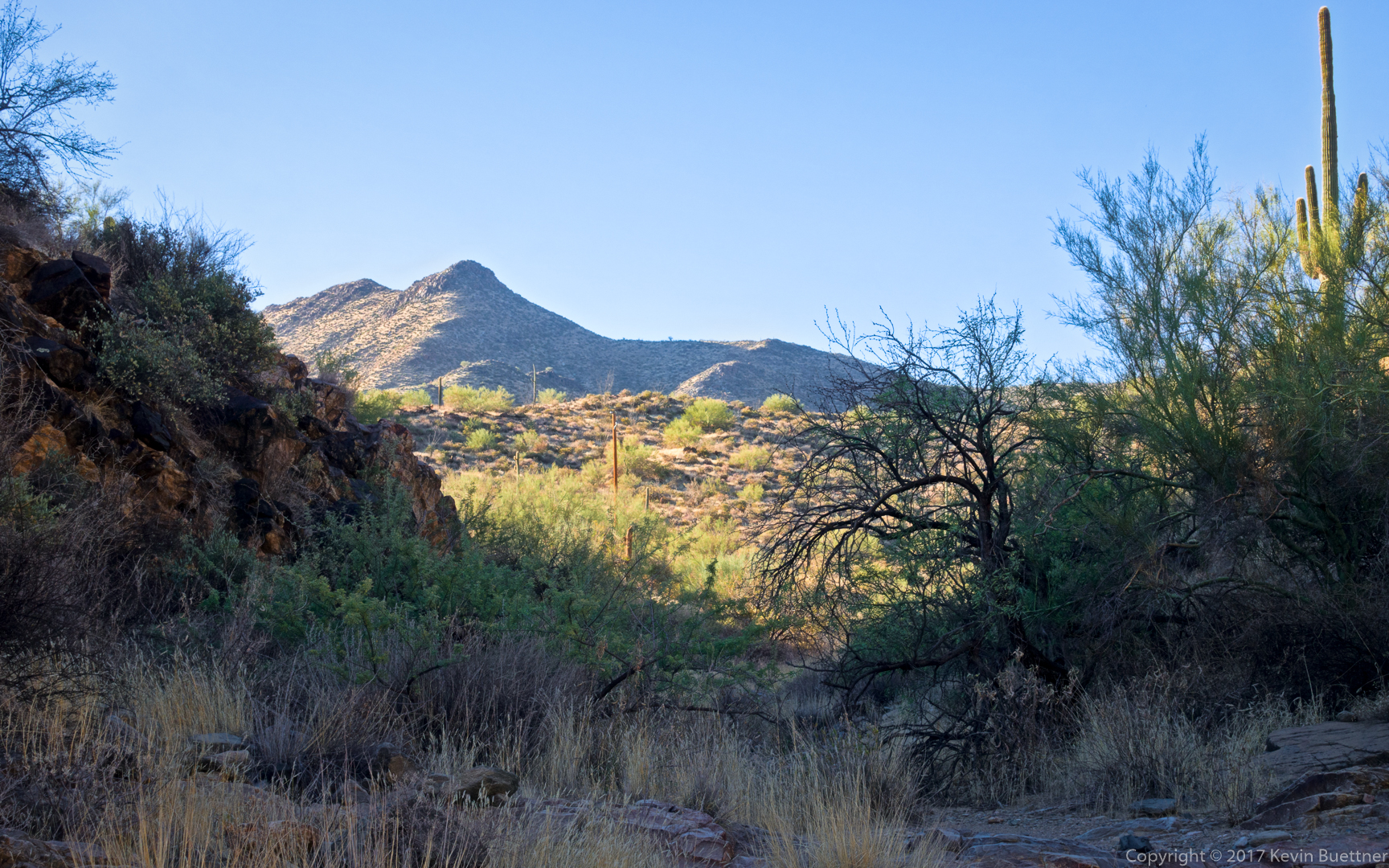 This is the view just after turning onto the Prospector Trail: 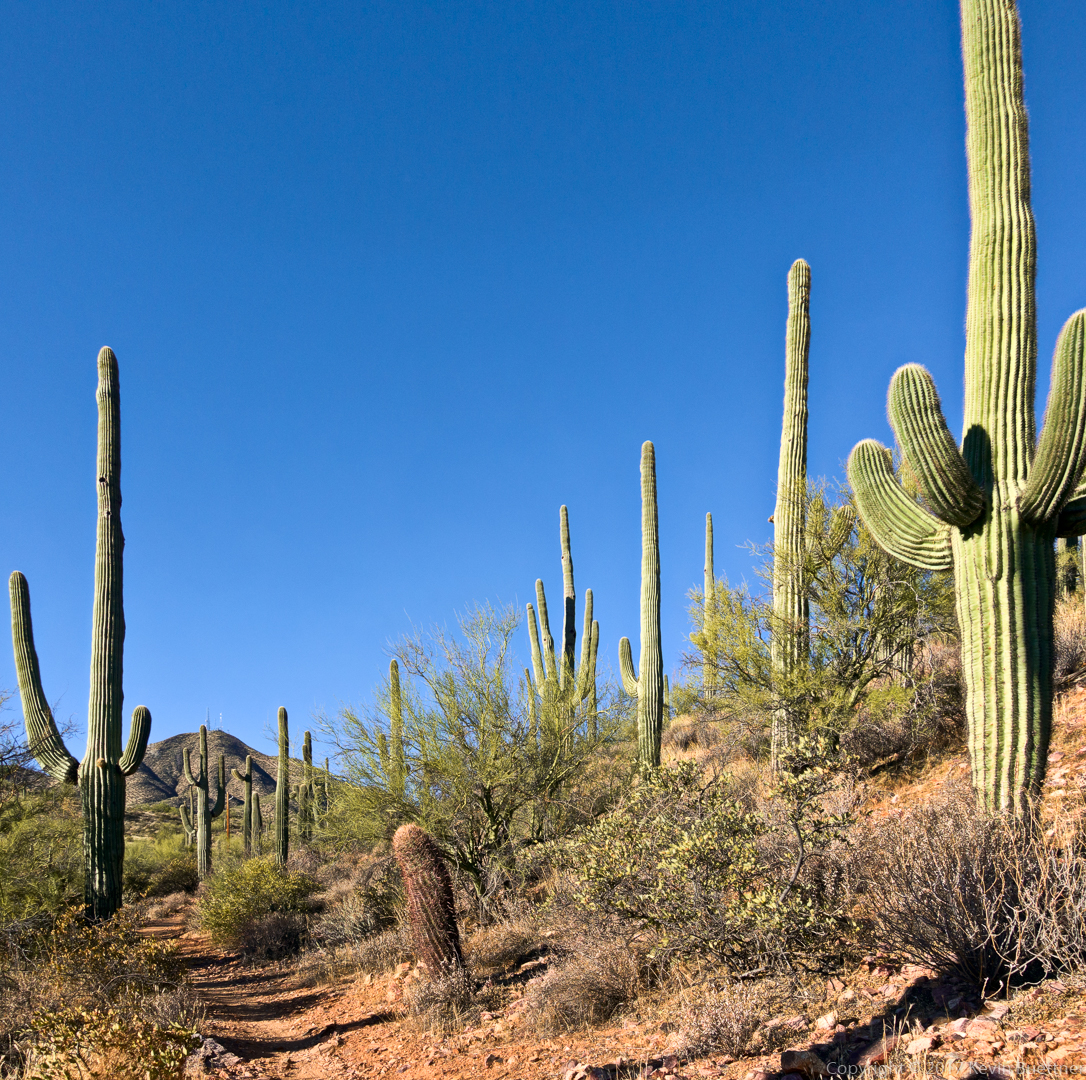 Cheryl, Sunaree, Marilyn, and Mike, hiking up the Prospector Trail: 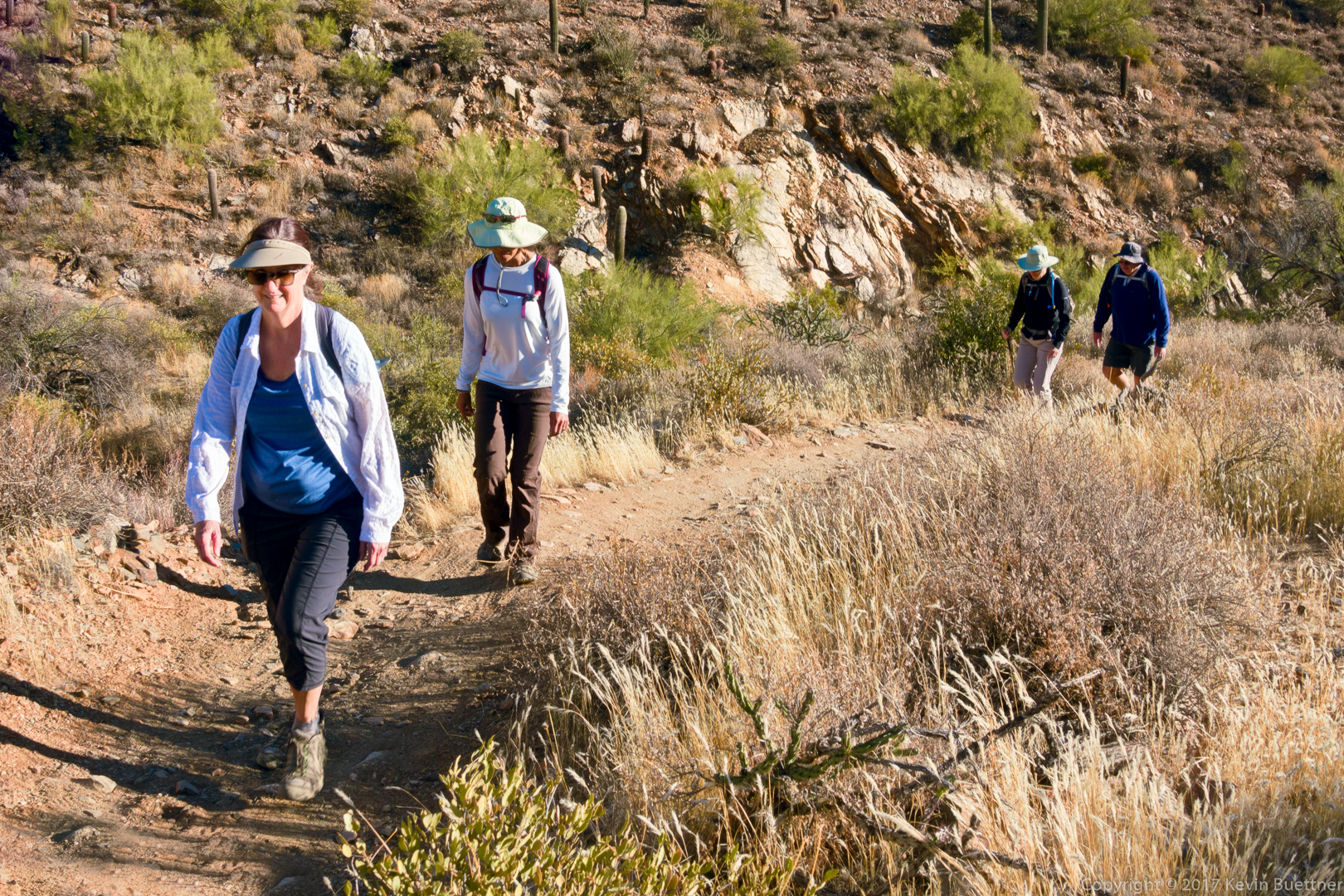 More views from the Prospector Trail – this is a very scenic section: 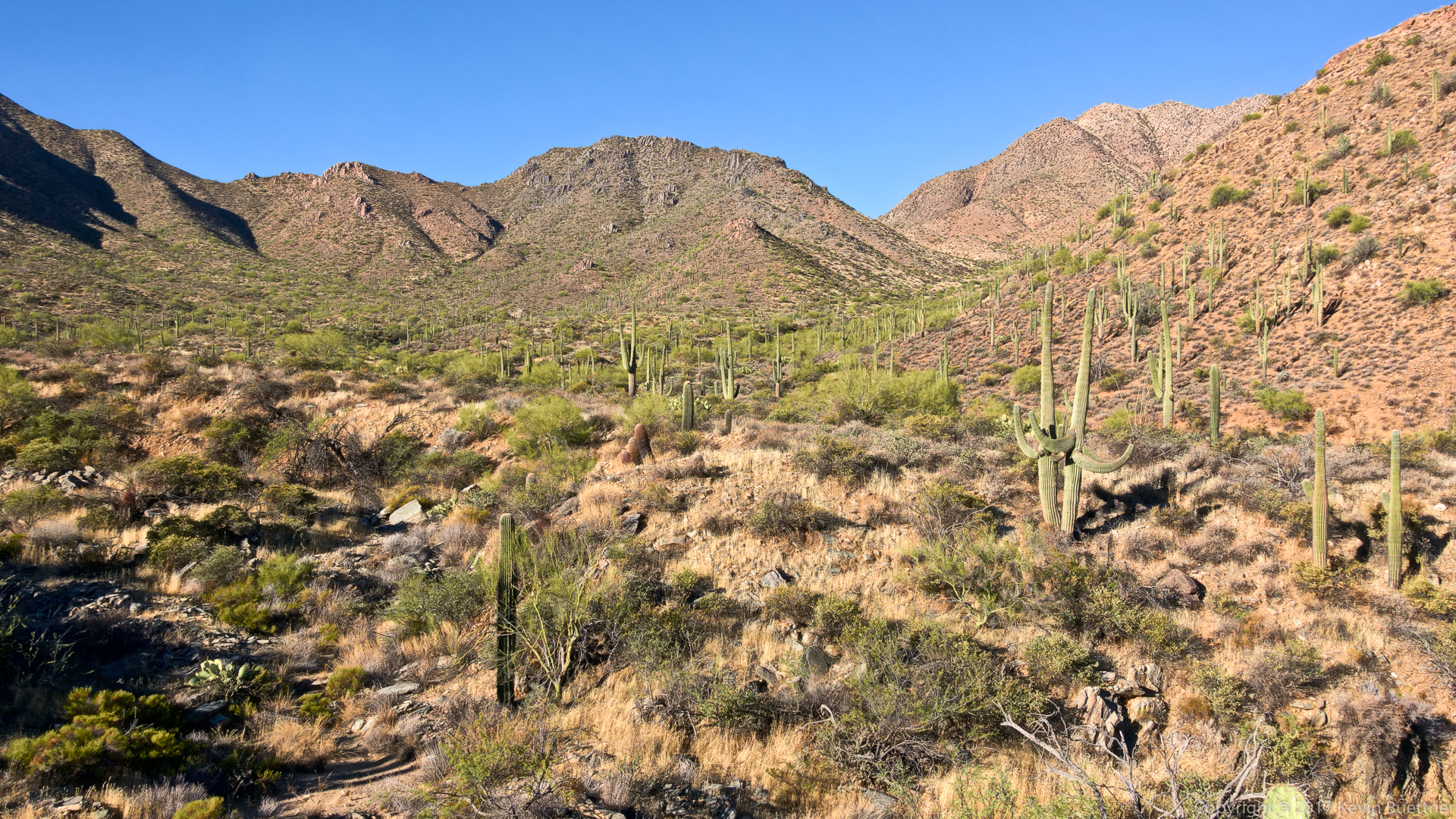 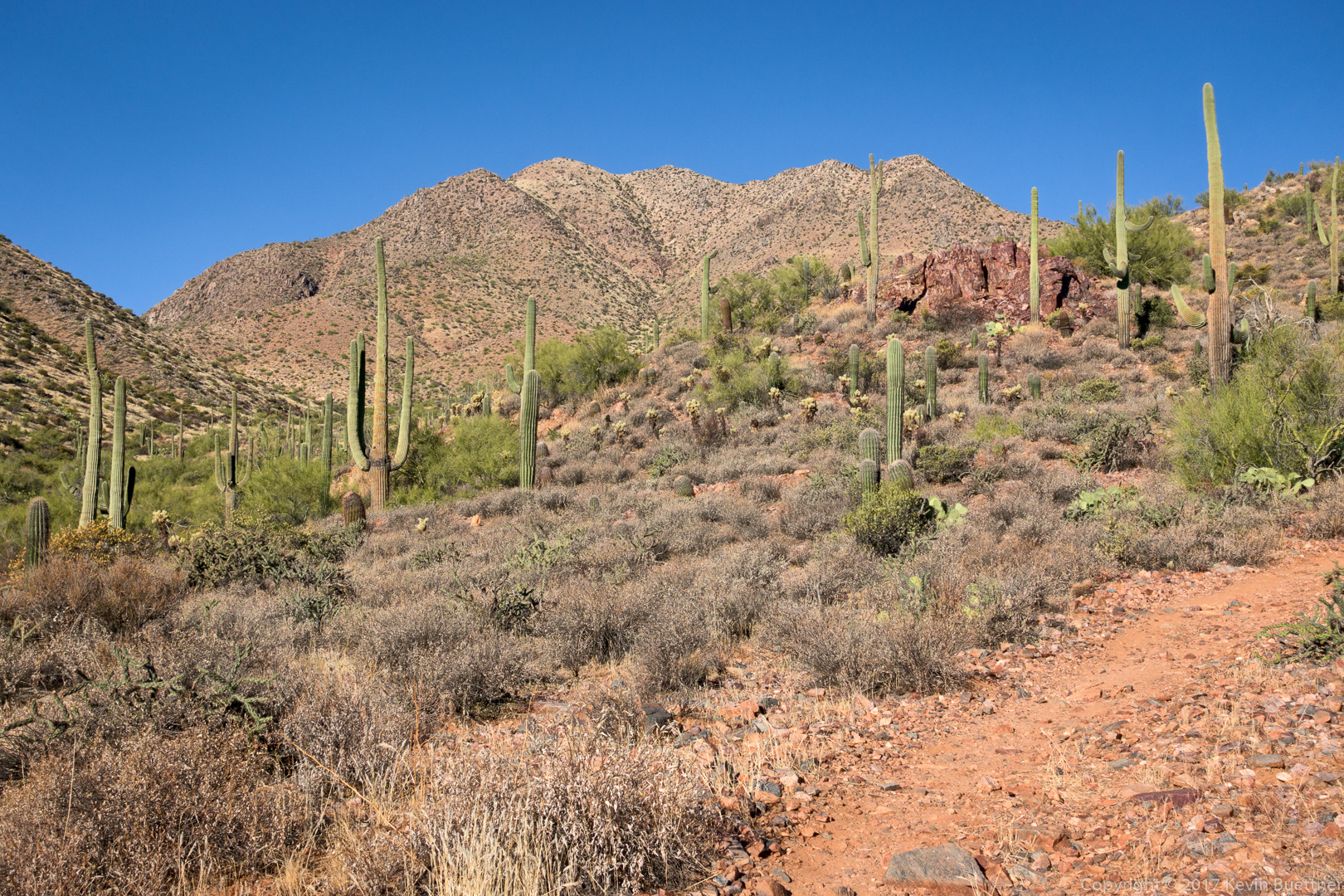 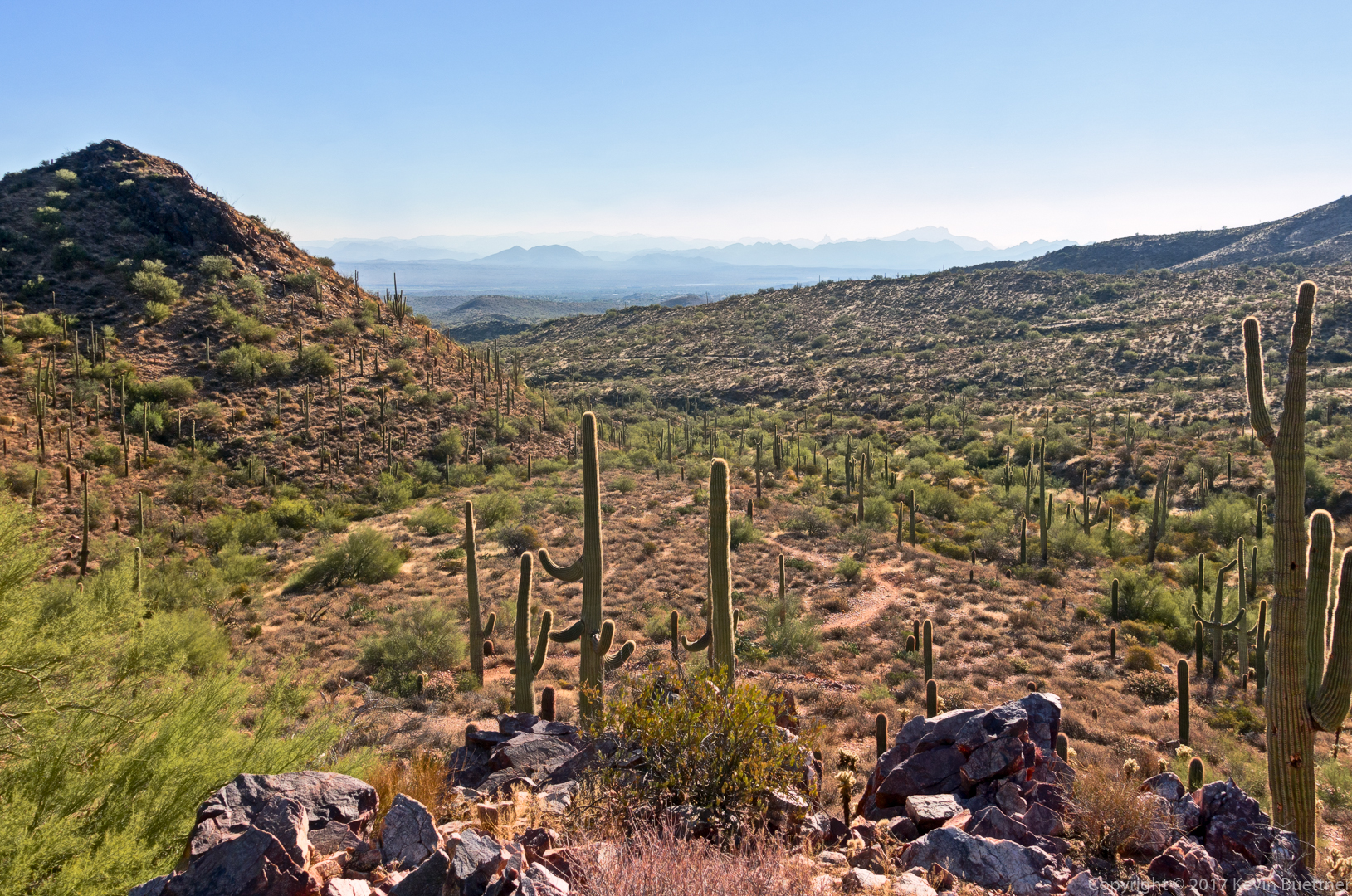 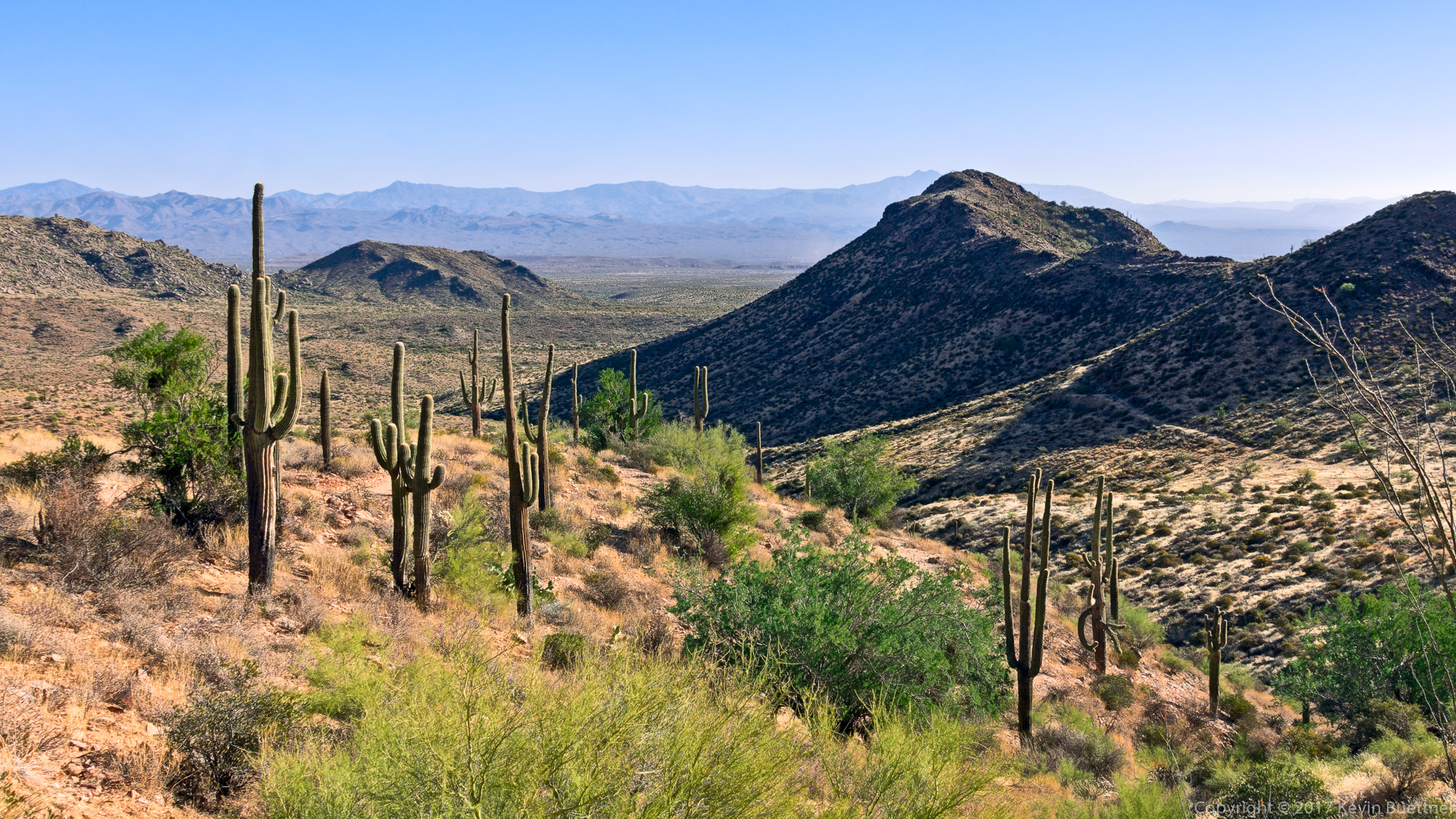 Looking back towards where we had been hiking perhaps half an hour earlier.  An old road can be seen along the hill at the left side of the photo. (We didn’t hike that road.) The trail comes up from below the right side of the hill and then continues up to the right.  Not much of it is visible in this photo. 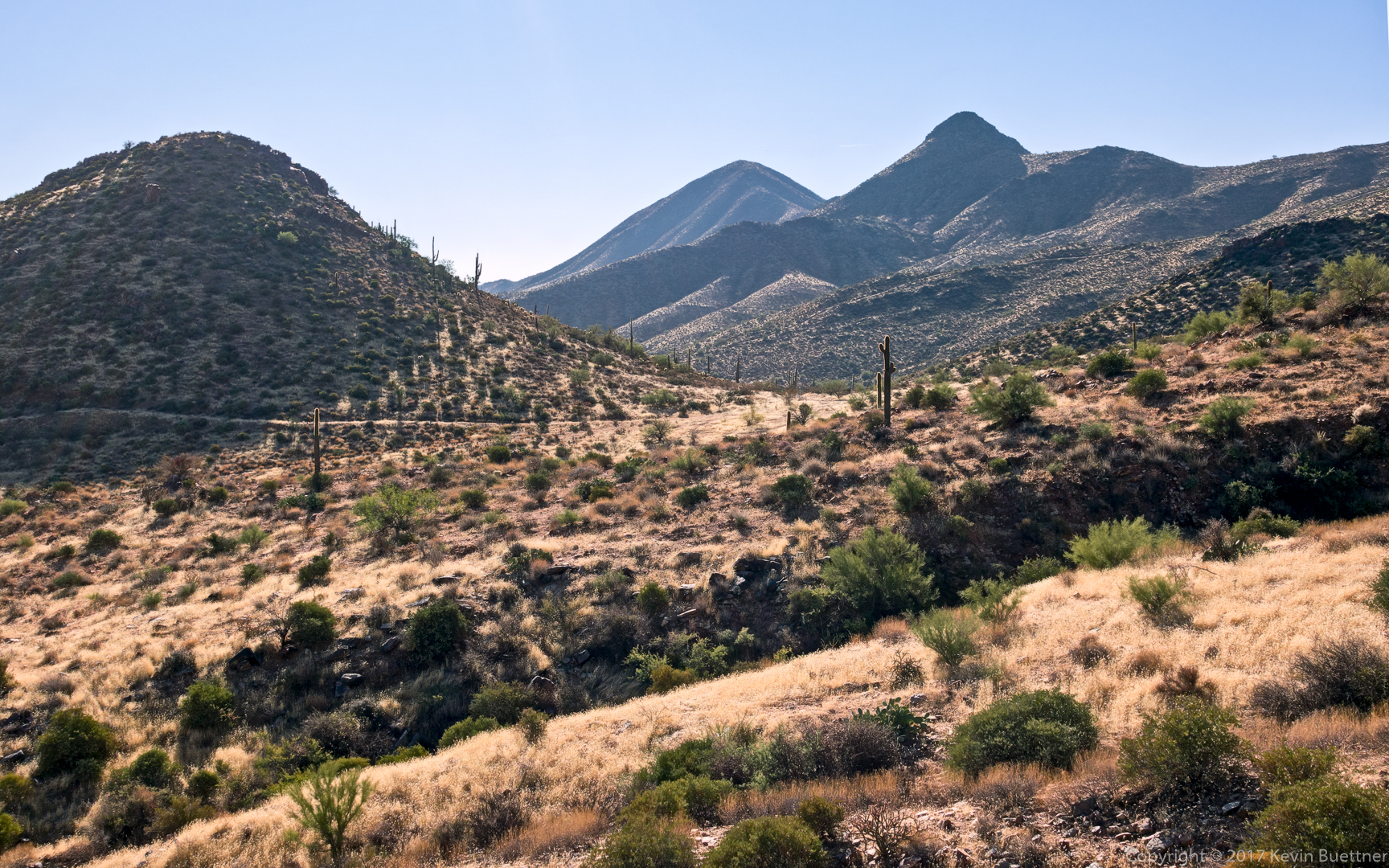 The remnants of the windmill for which the Windmill Trail is named can be seen in this photo: 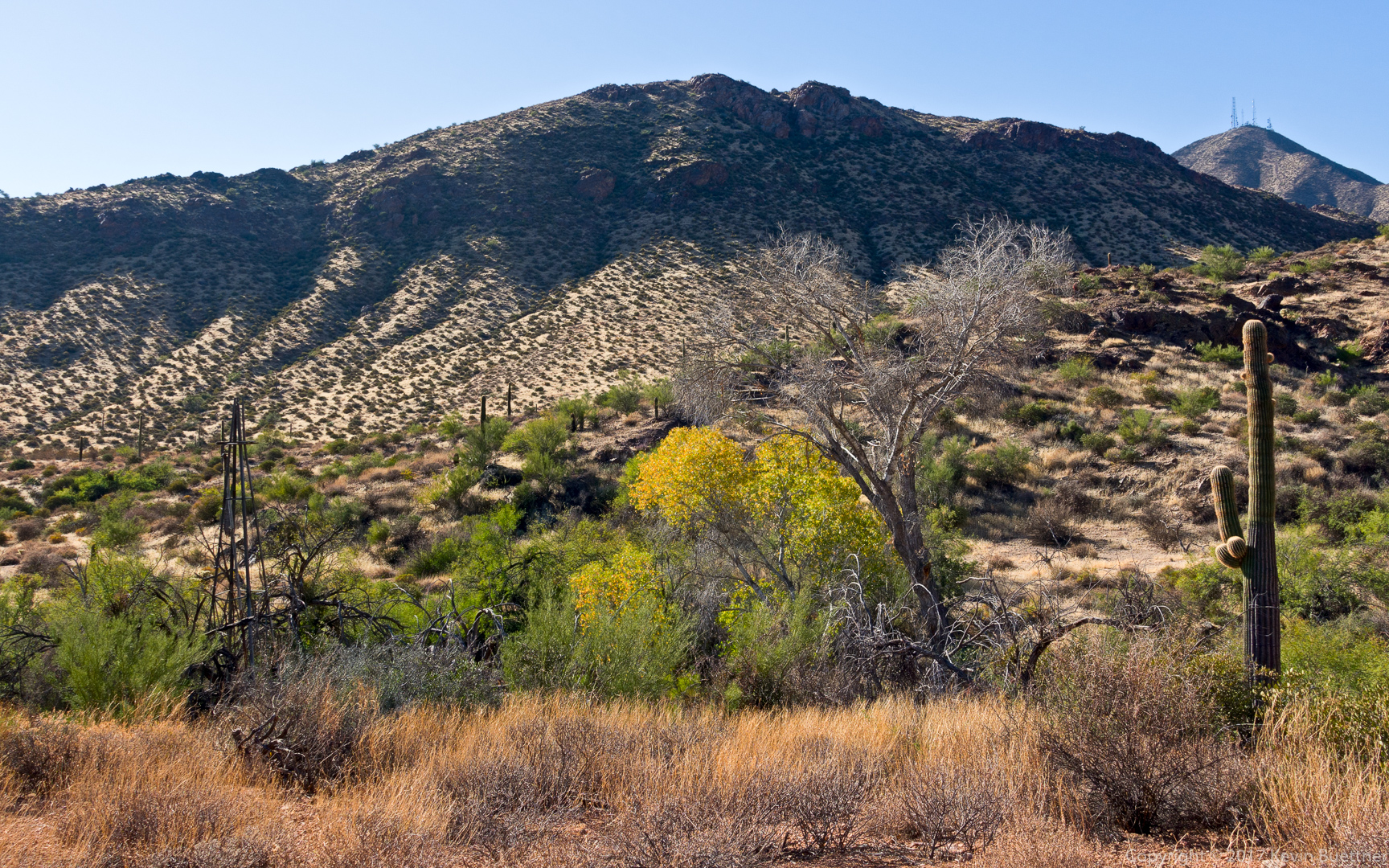 A view of Four Peaks from the Coachwhip Trail: 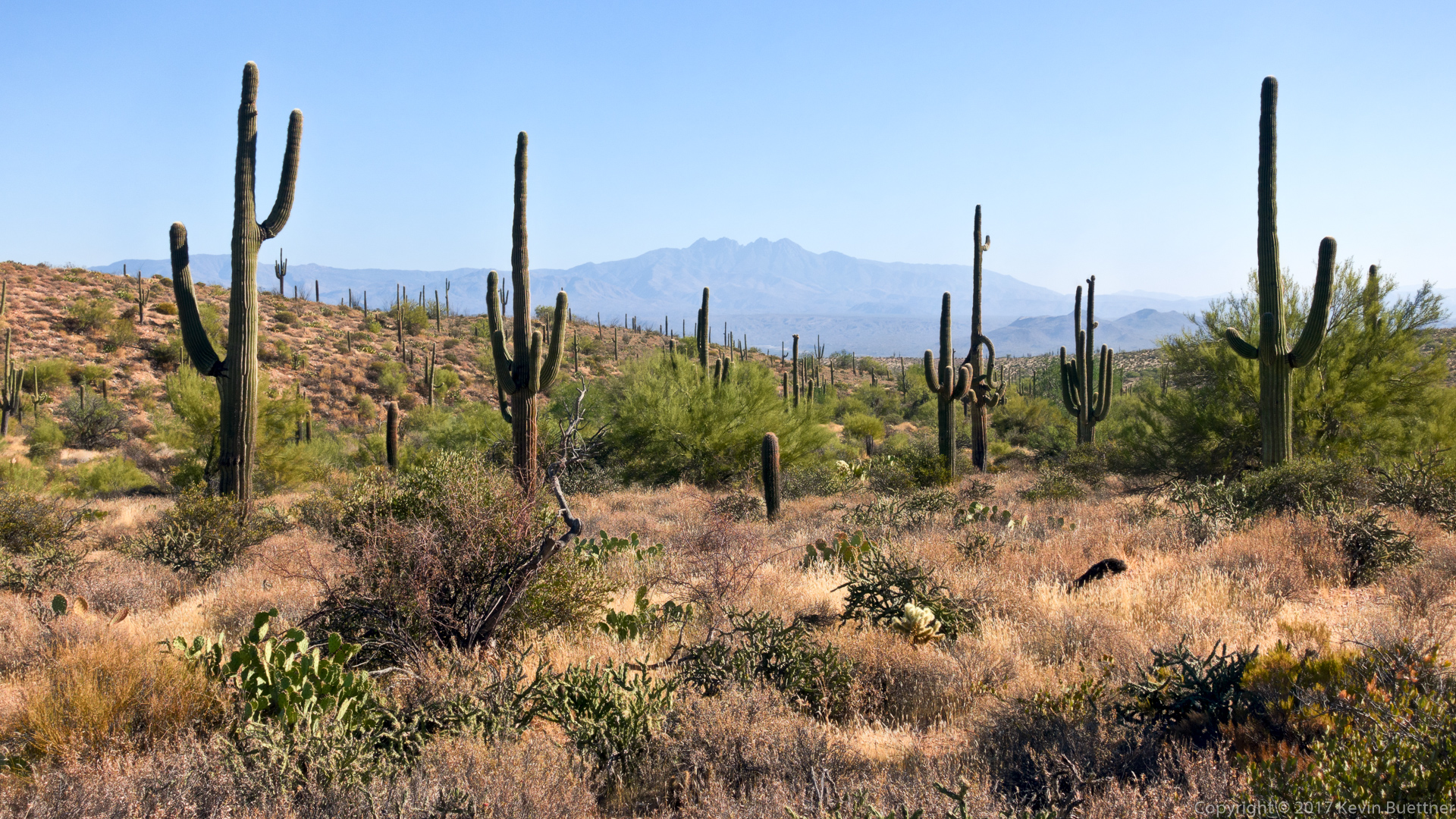 Returning via the Dixie Mine Trail… 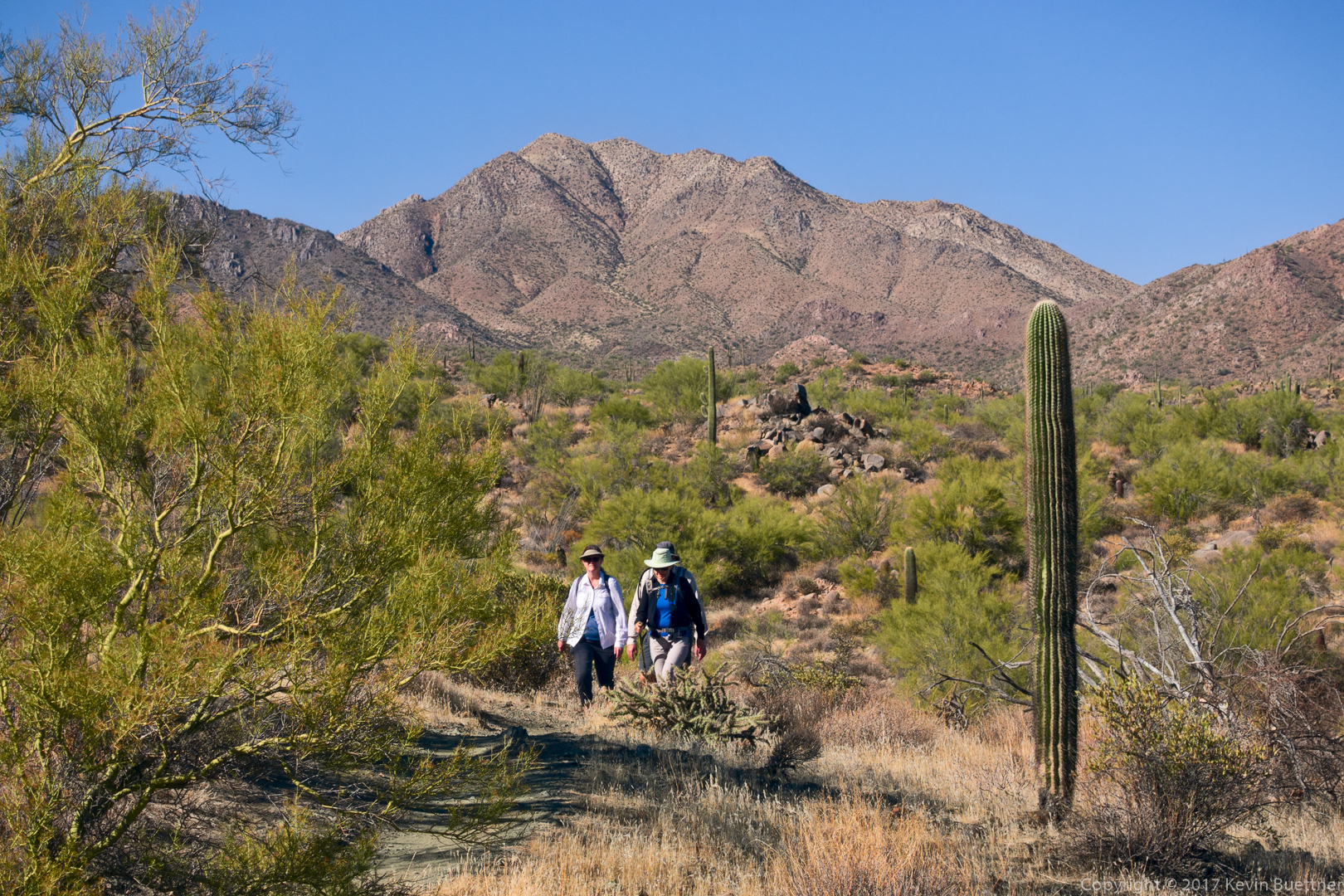 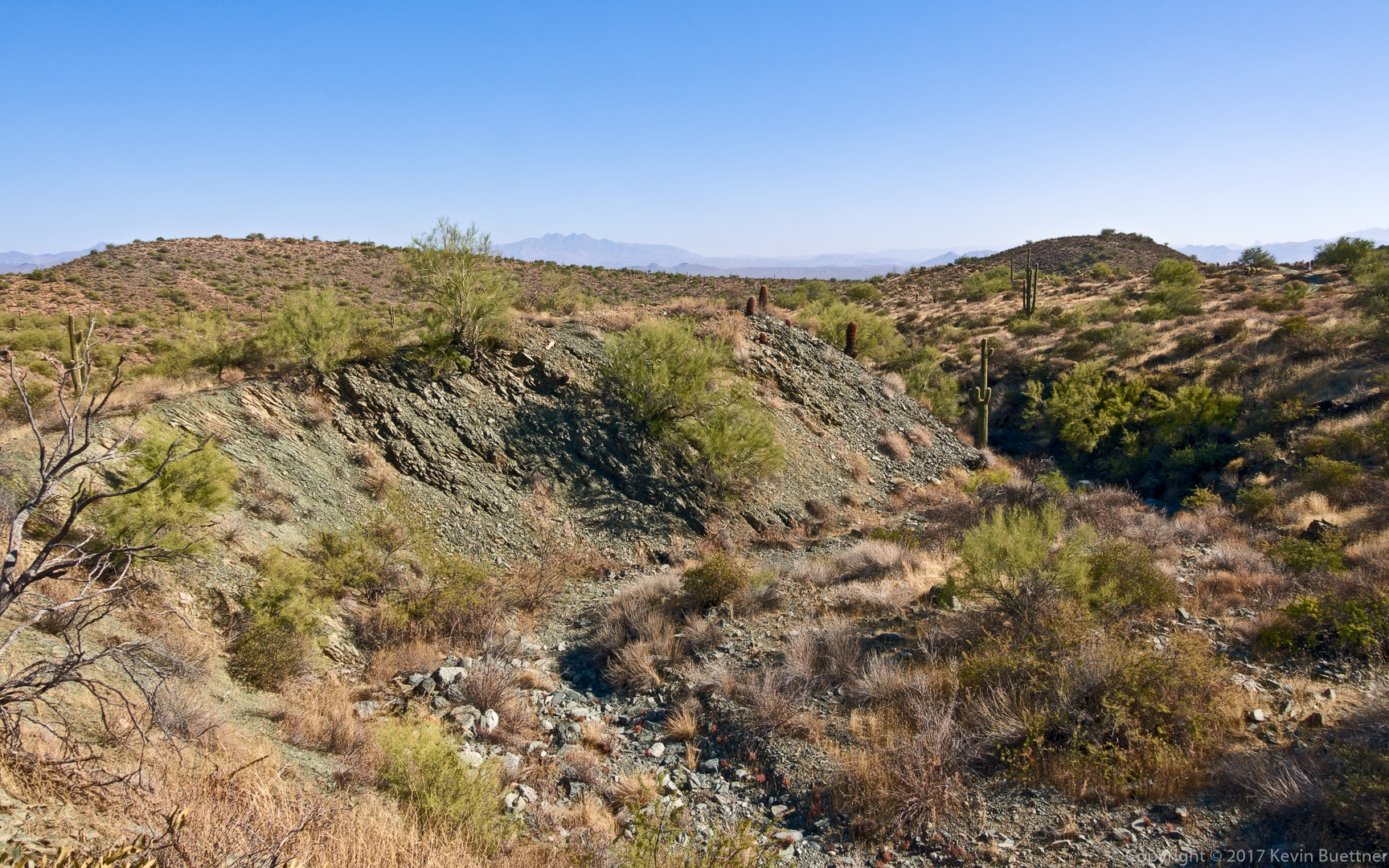