Linda, Mona, and I hiked 10.4 miles starting from the end of Golden Eagle Blvd. We hiked out Dixie Mine, went left on the service road, right on Prospector, right on the Bell Pass Trail, right on Windmill (past the windmill), right on Coachwhip, and then right on Dixie Mine, which eventually led us back to where we started.

It felt warmer to me today than it did last week, but I think that was mostly due to the humidity being somewhat higher.  Visibility was very poor.  Mona told me that smoke from the wildfires in California and Oregon has been blown into the Phoenix area.  Prominent landmarks such as Four Peaks, Weaver’s Needle, and the Flatiron were totally obscured by the smoke. Even Red Mountain, which is not that far away, was partially obscured by the haze. The air smelled somewhat smoky too, but I really had to breathe it in in order to detect it.  The pictures below reflect this fact – missing are the distant mountain vistas which are normally in my photos.

We saw this hawk atop a saguaro early in our hike along the Dixie Mine Trail: 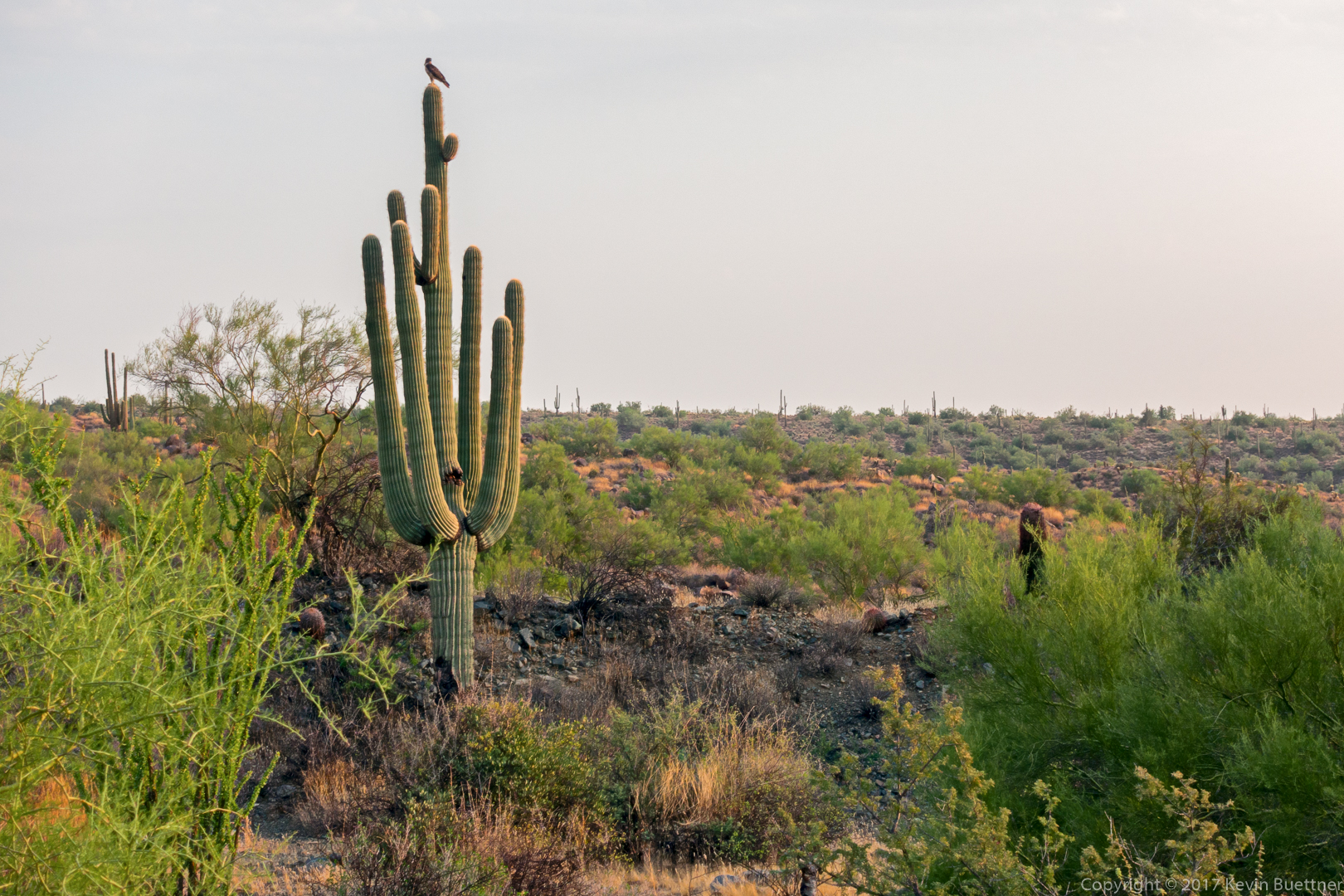 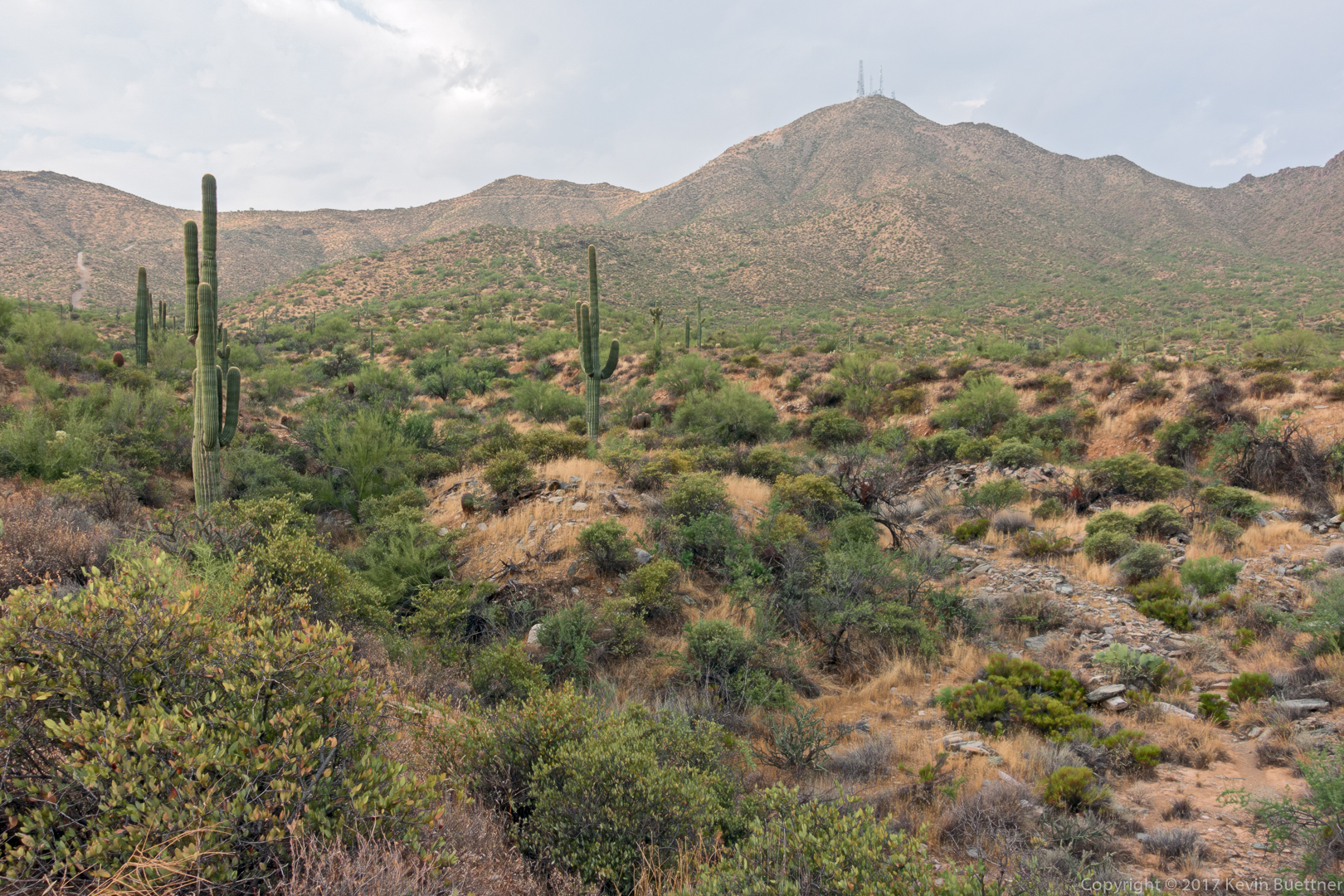 We’re near the intersection of Prospector and Bell Pass for this photo. 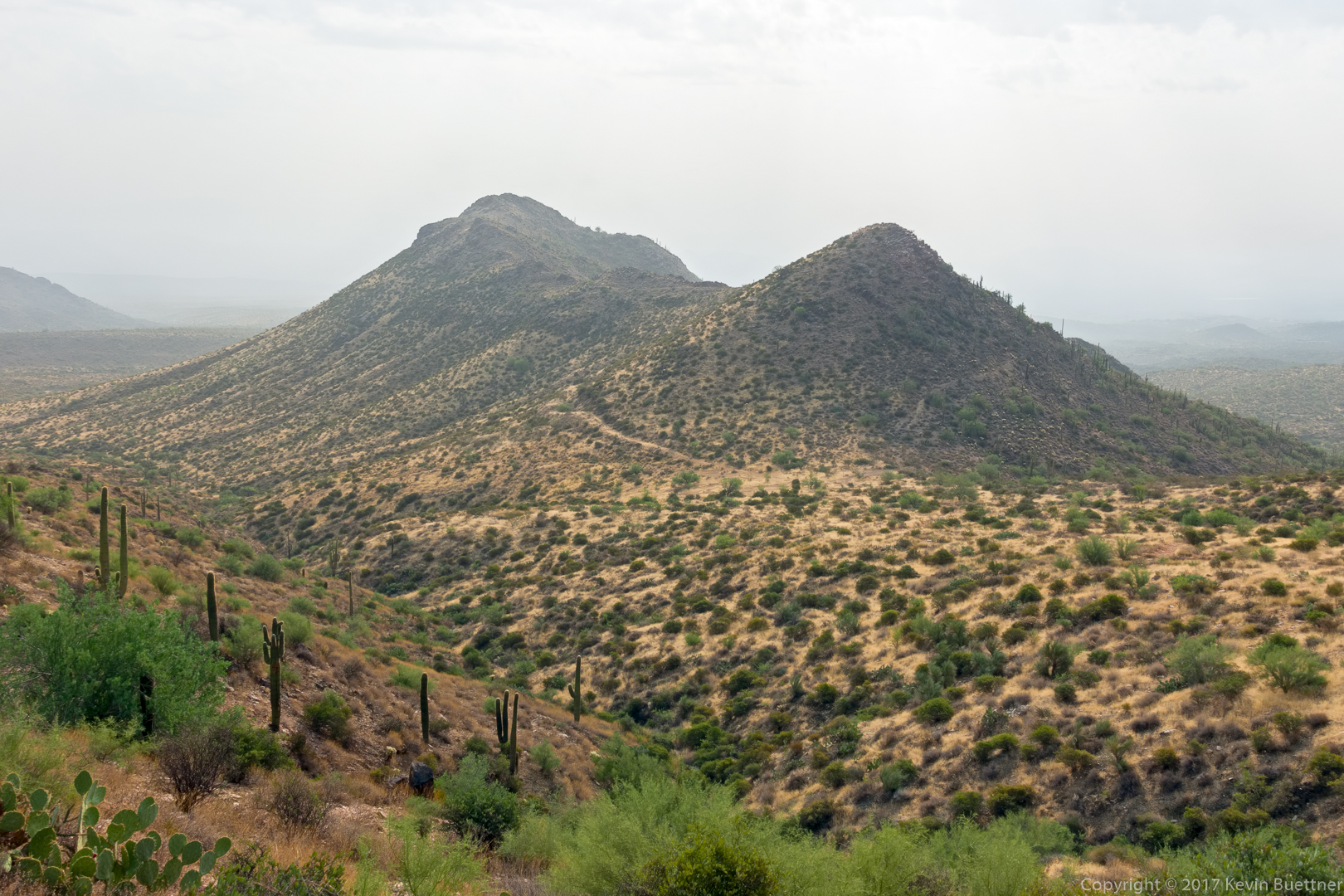 If you look closely, you can see the windmill for which the Windmill Trail is named. 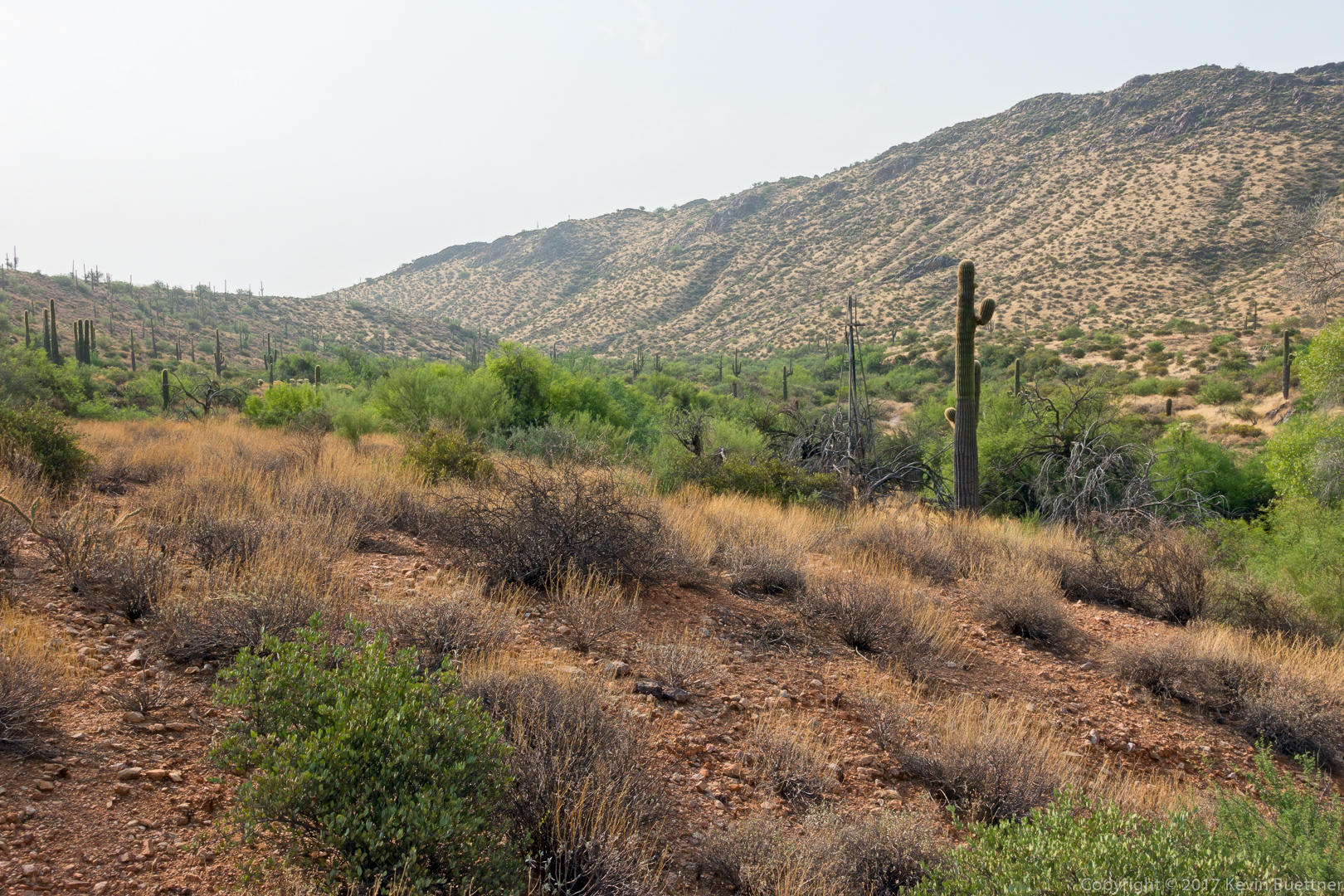 Looking back toward Bell Pass – we can actually see a patch of blue sky! 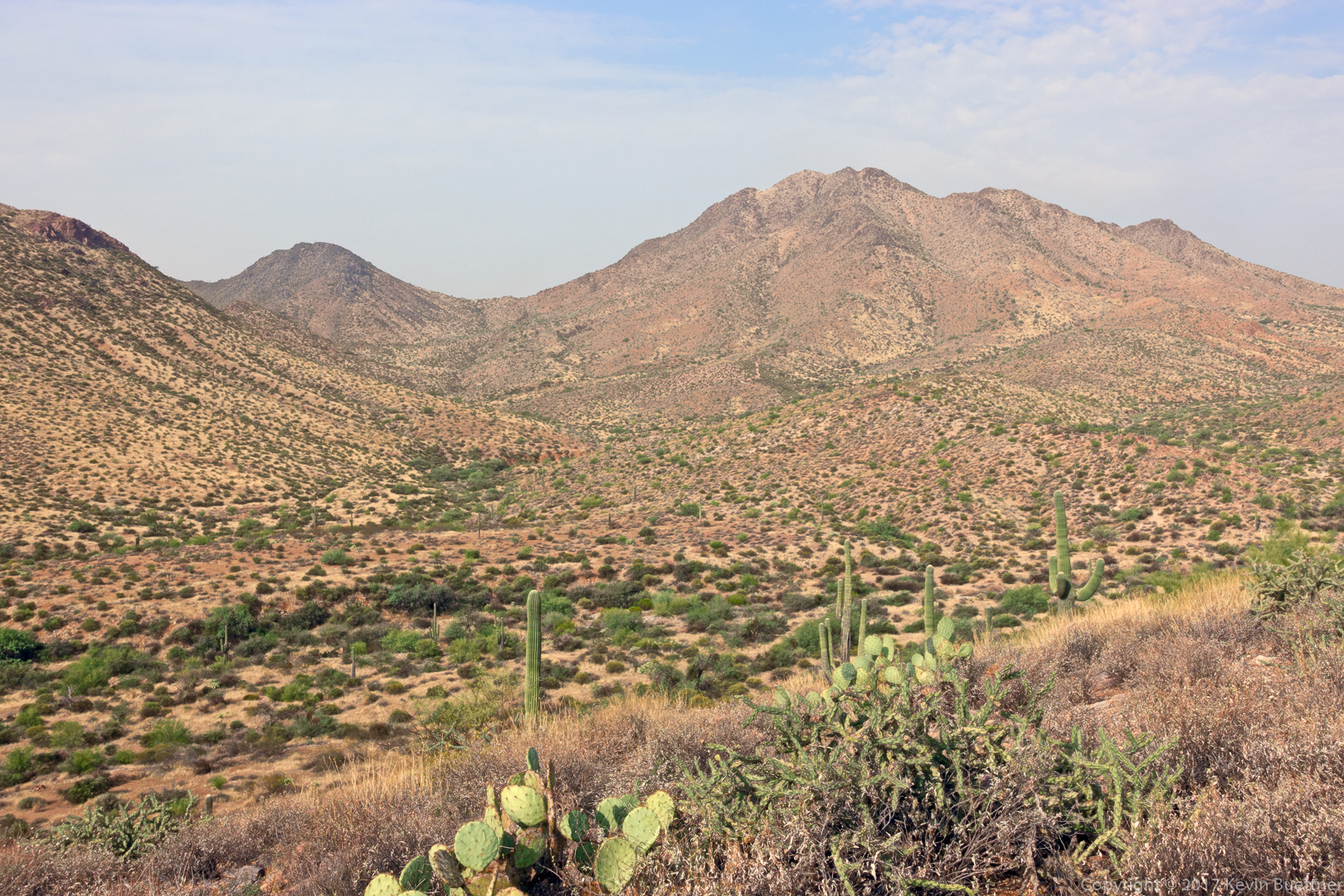 But looking back in the other direction, toward Linda and Mona who were waiting for me, it’s very hazy. 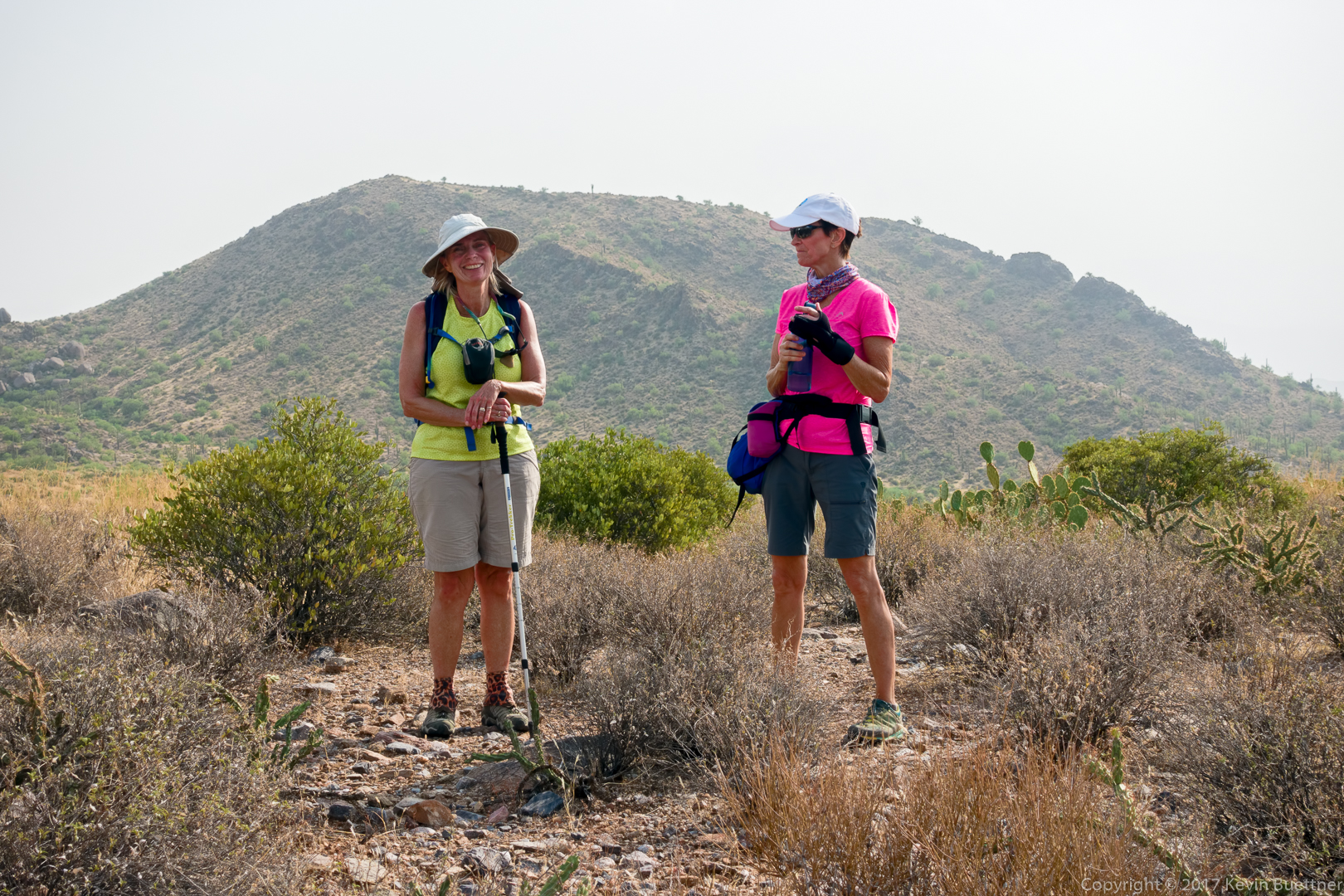 Heading down the Coachwhip Trail – Weaver’s Needle and other landmarks in the Superstition Wilderness are normally visible from this vantage point. On this day, the haze obscured it all. 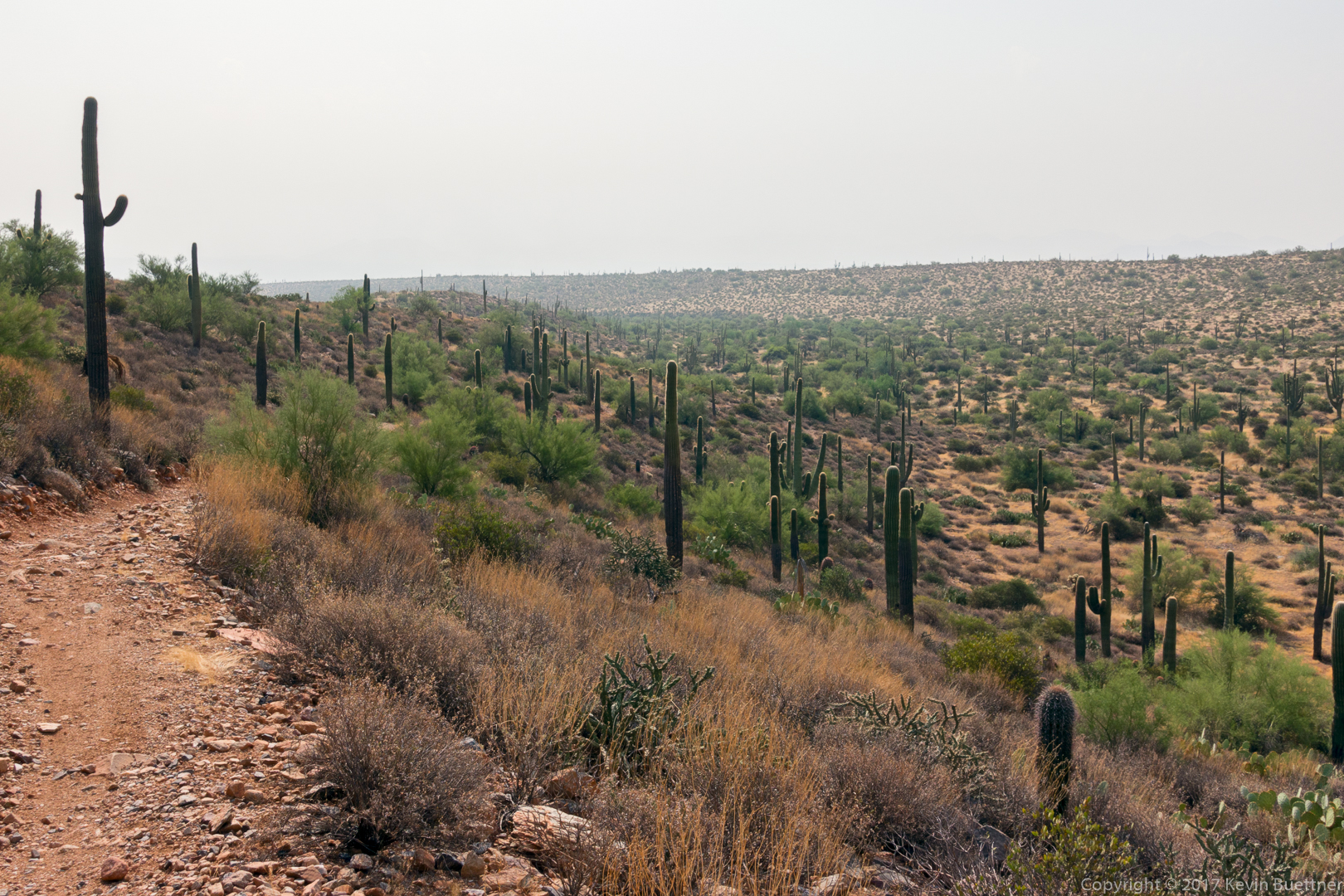 This was the large saguaro that used to stand at the bottom of the hill. 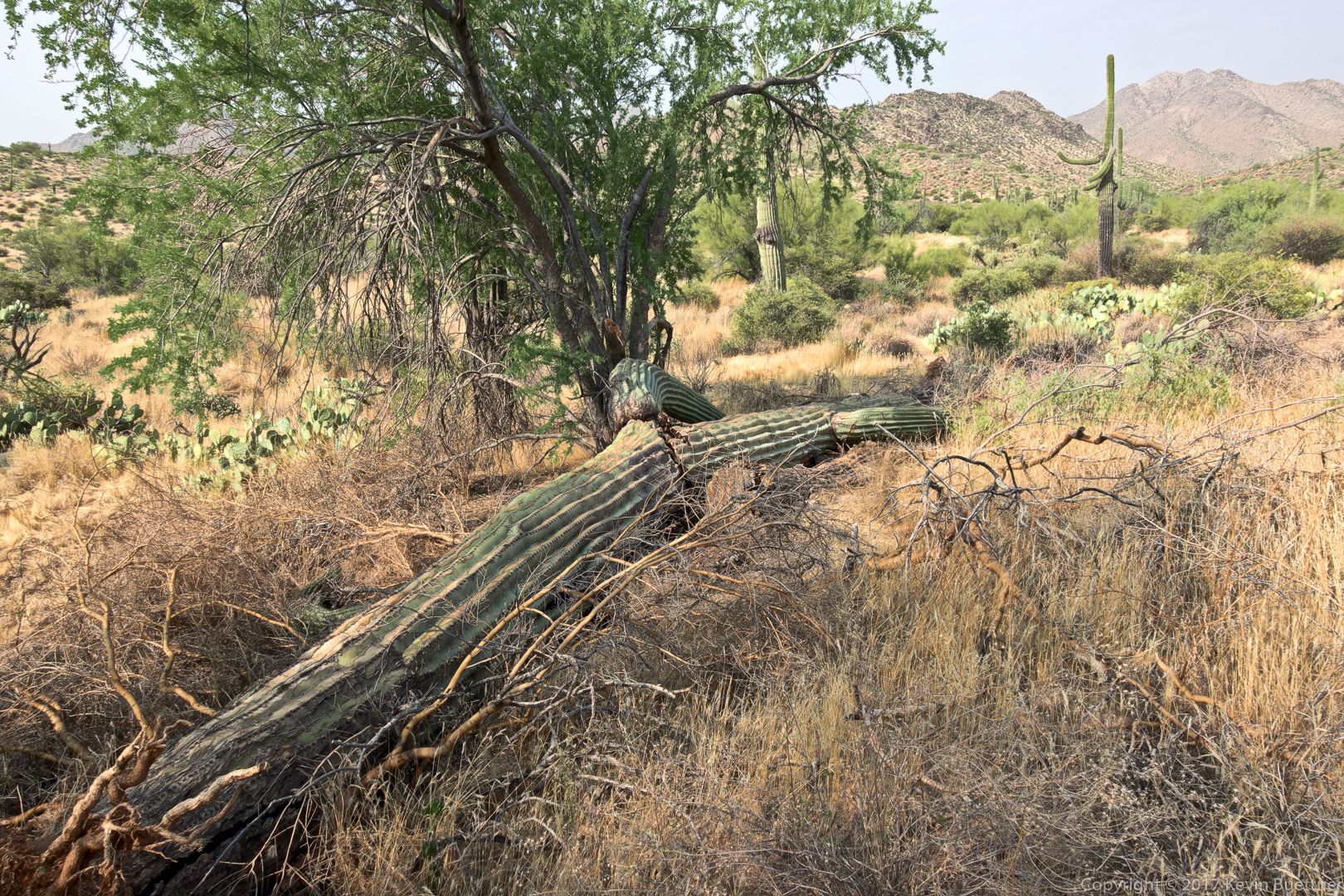 Returning now on the Dixie Mine Trail… 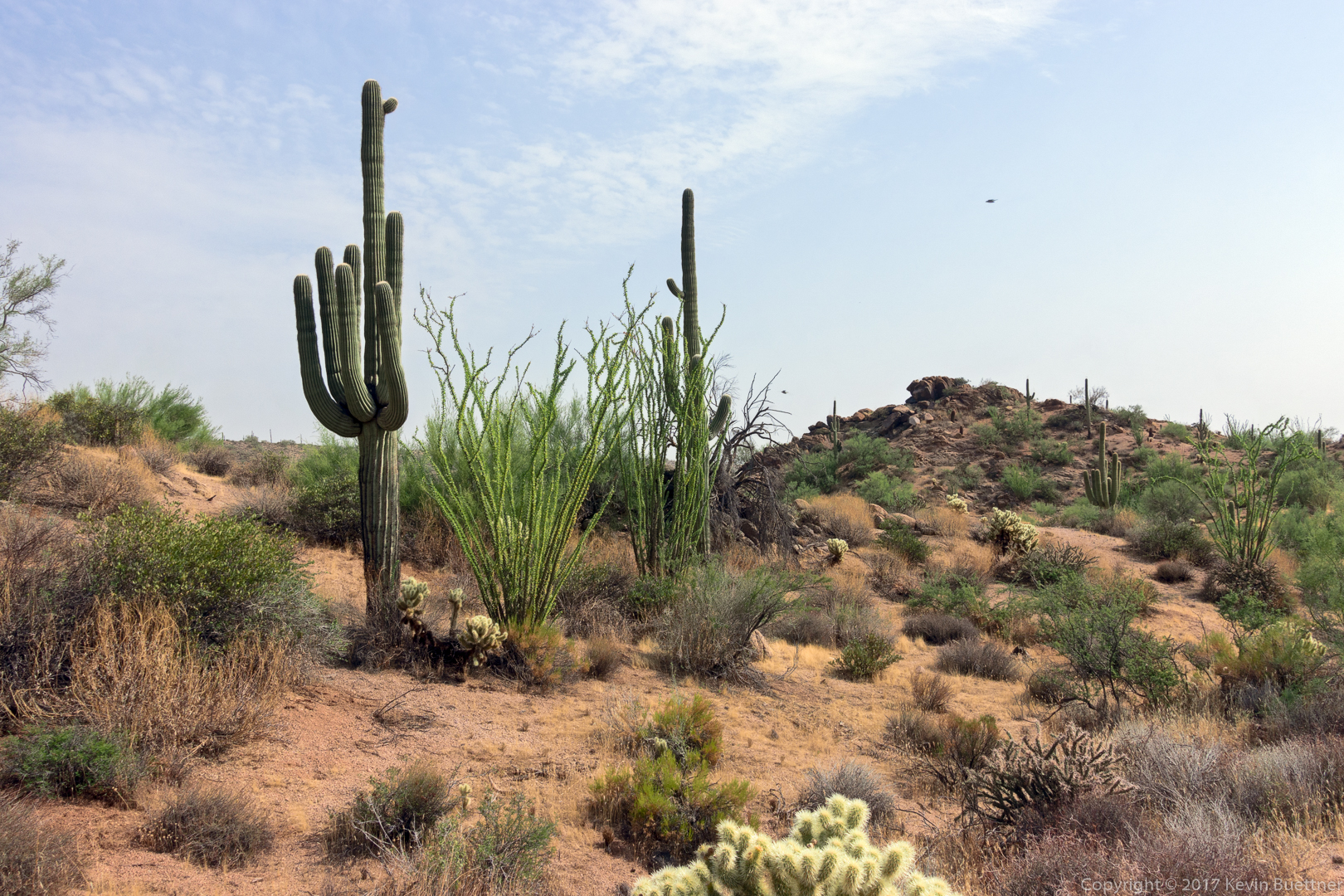