I hiked 10.3 miles on Friday starting from the parking lot for the Dixie Mine Trail at the end of Golden Eagle Blvd. I hiked Dixie Mine, Coachwhip, Windmill, Bell Pass, Prospector, service road, and then back on Dixie Mine.

It rained off and on, though never hard – often times, it was just some light sprinkles. The rain plus the cloud cover kept the temperature down in the low to mid eighties.

Ocotillos on the Dixie Mine Trail: 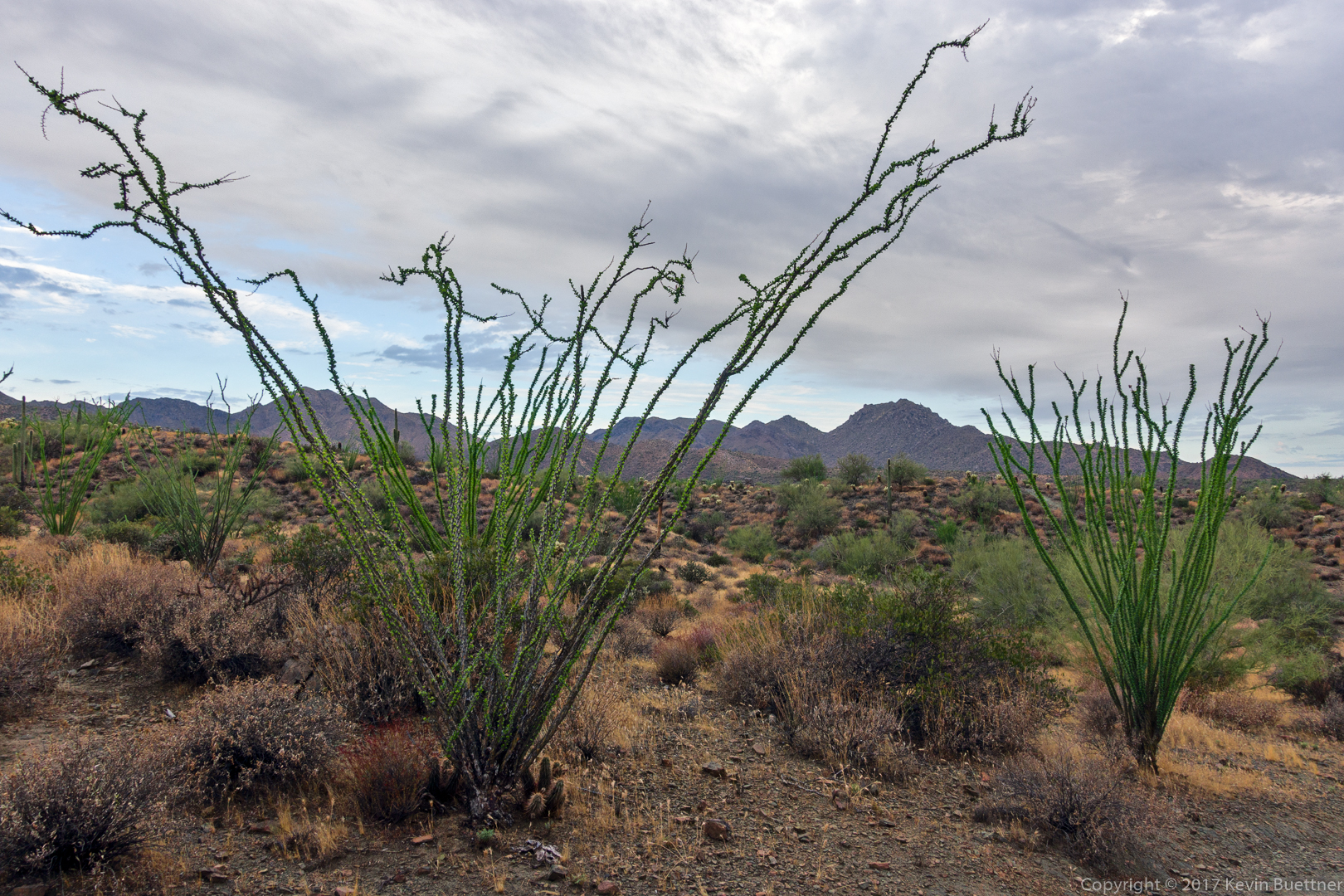 Past the spur which leads to the mine – which I did not do – the Dixie Mine Trail goes up a hill. This is a view from the top of that hill. 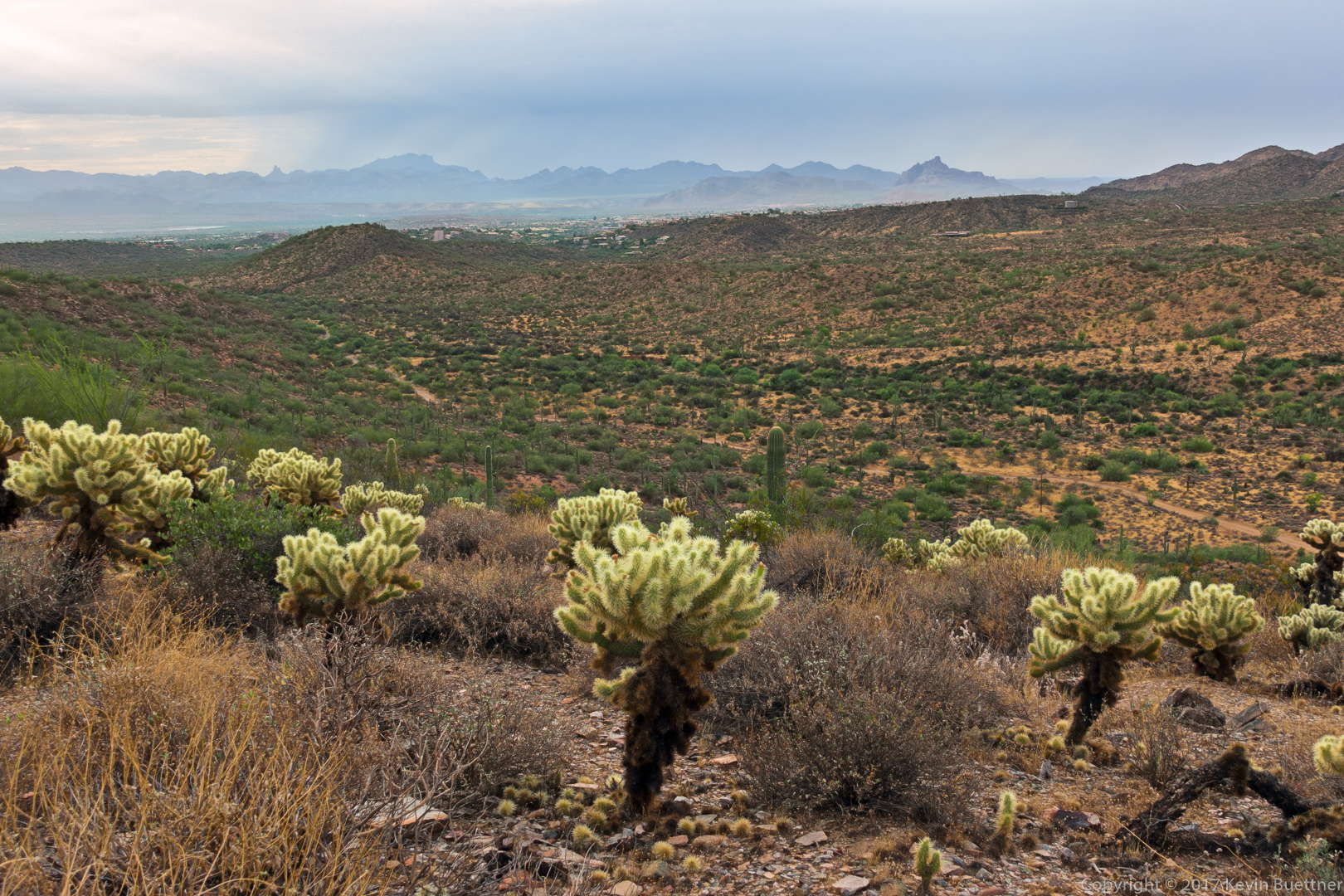 A view from the Coachwhip Trail: 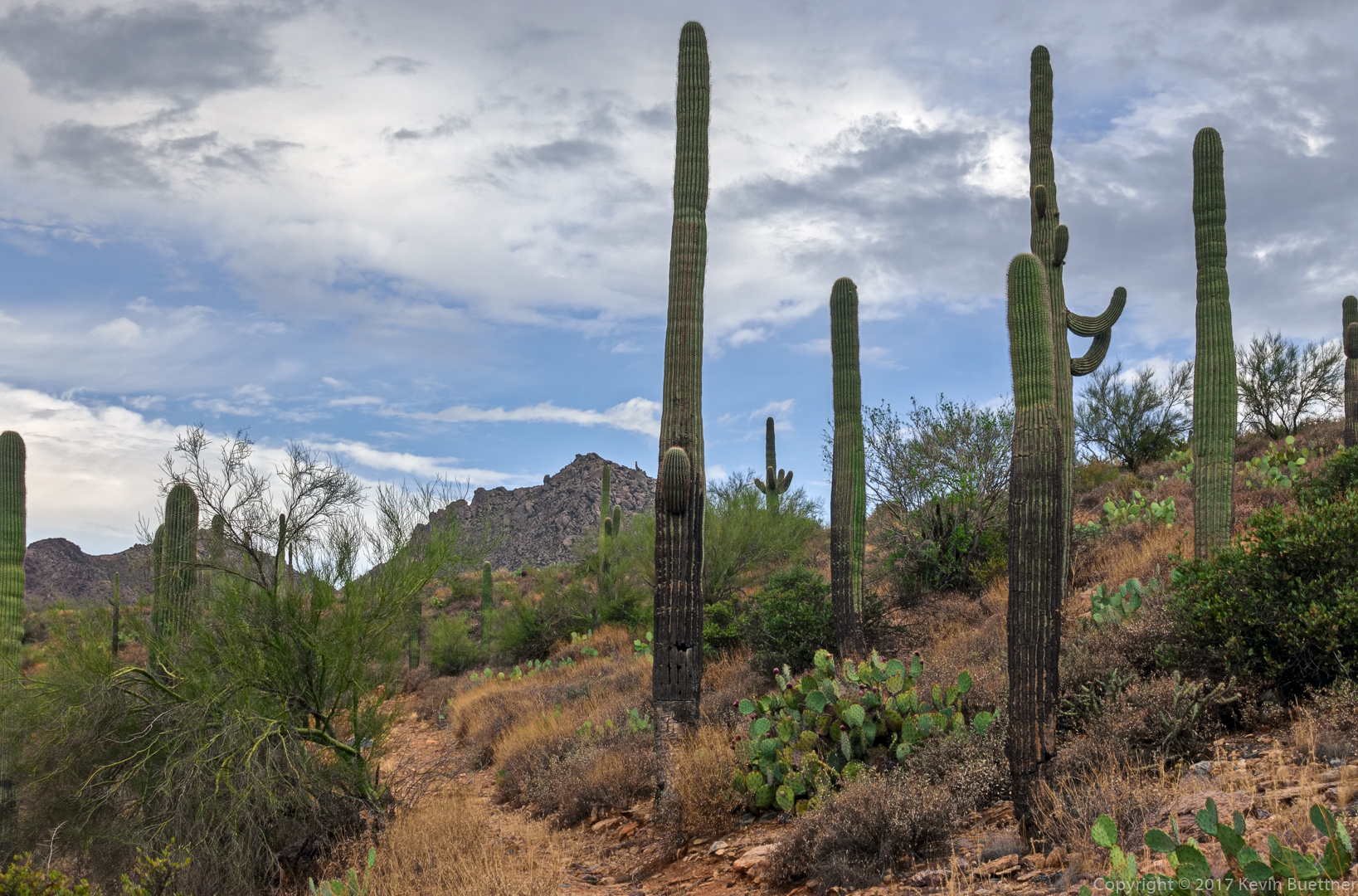 At this point, I’m still within the boundaries of McDowell Mountain Park, at the intersection of Windmill & Coachwhip. 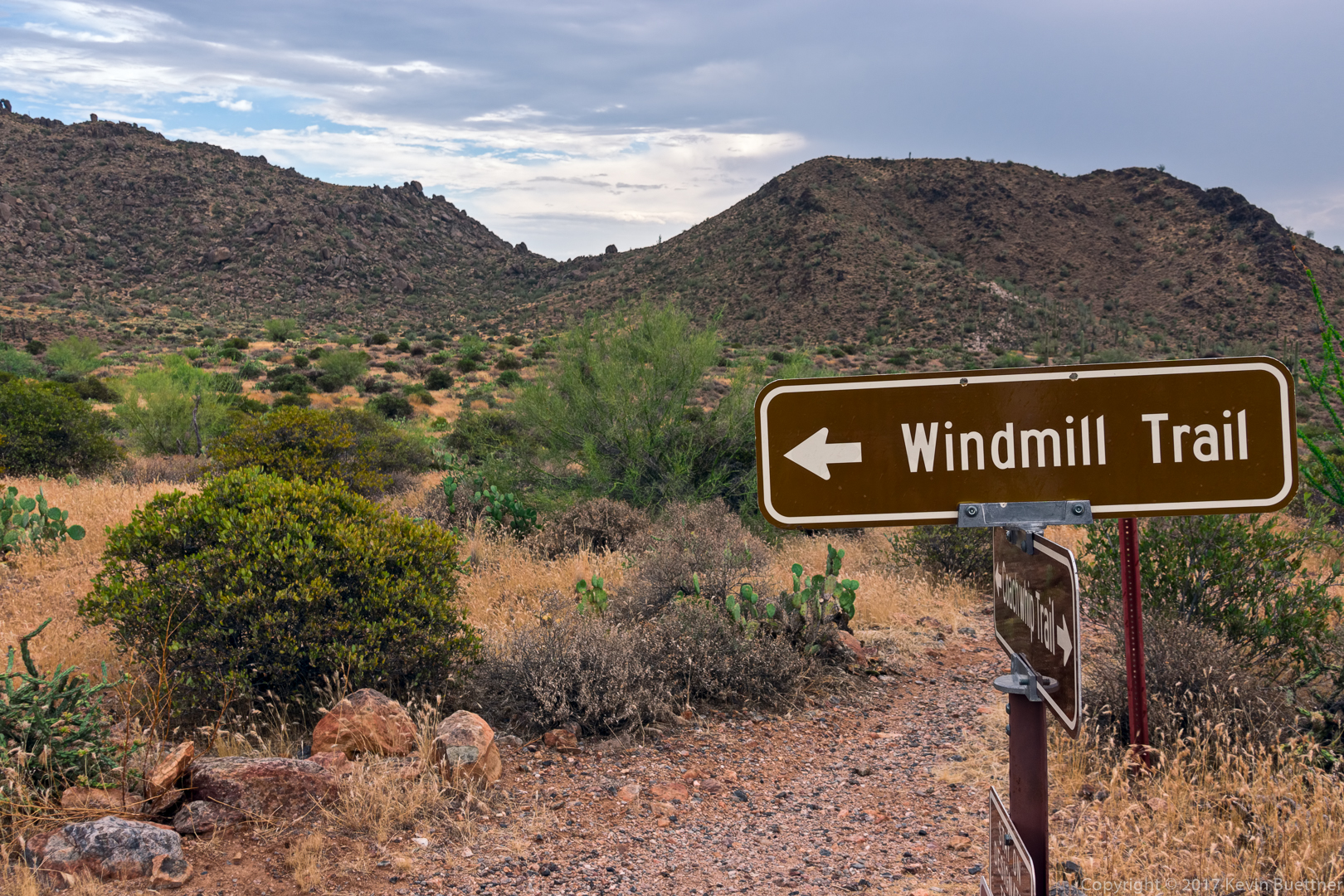 A view from the Windmill Trail.  The windmill is out of frame to the left. (You can see a little bit of the nearby cottonwood tree at the edge at the far left.) 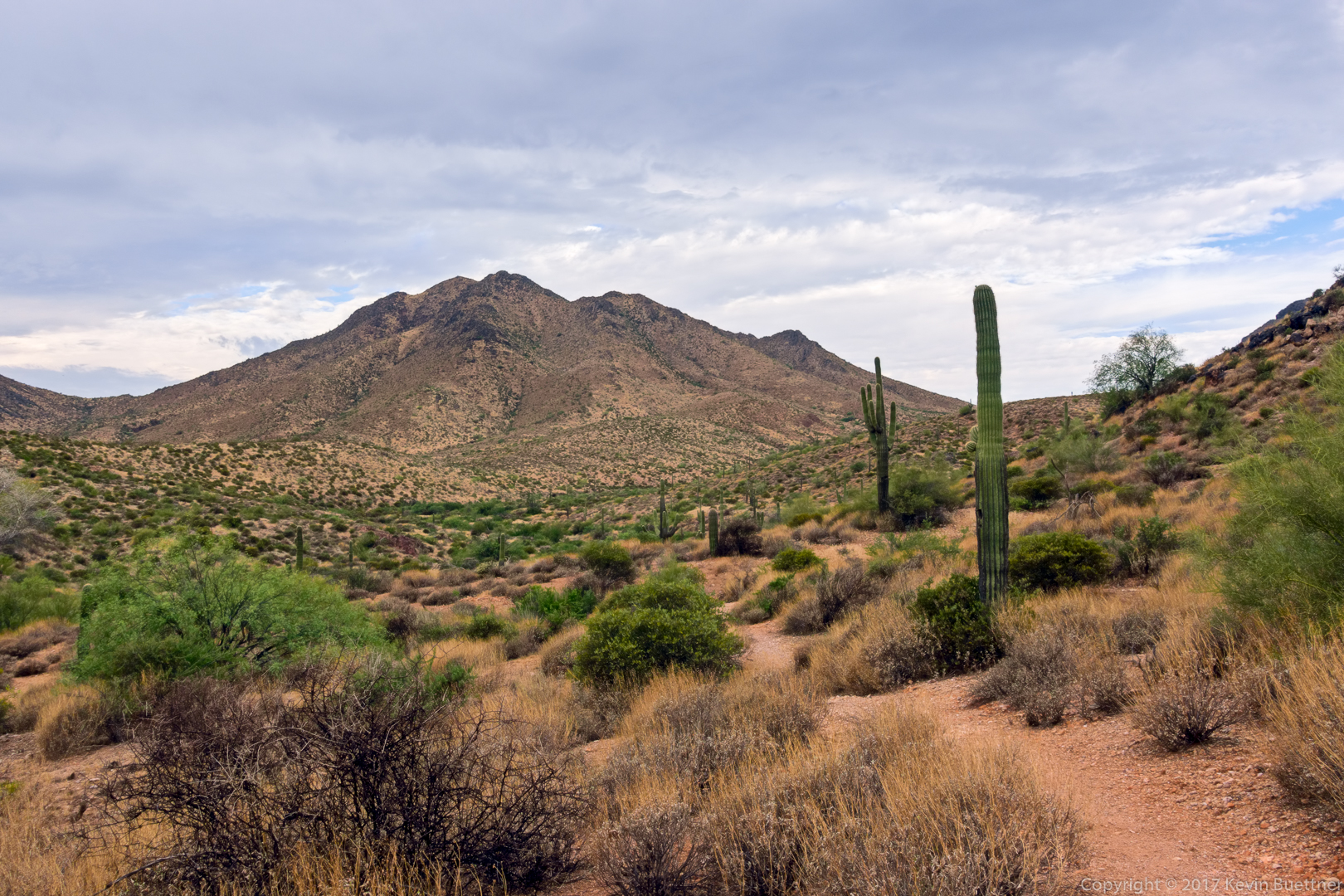 I’m in the McDowell Sonoran Preserve now. Notice the difference in signage between the Park and the Preserve. There’s no getting lost with these signs! 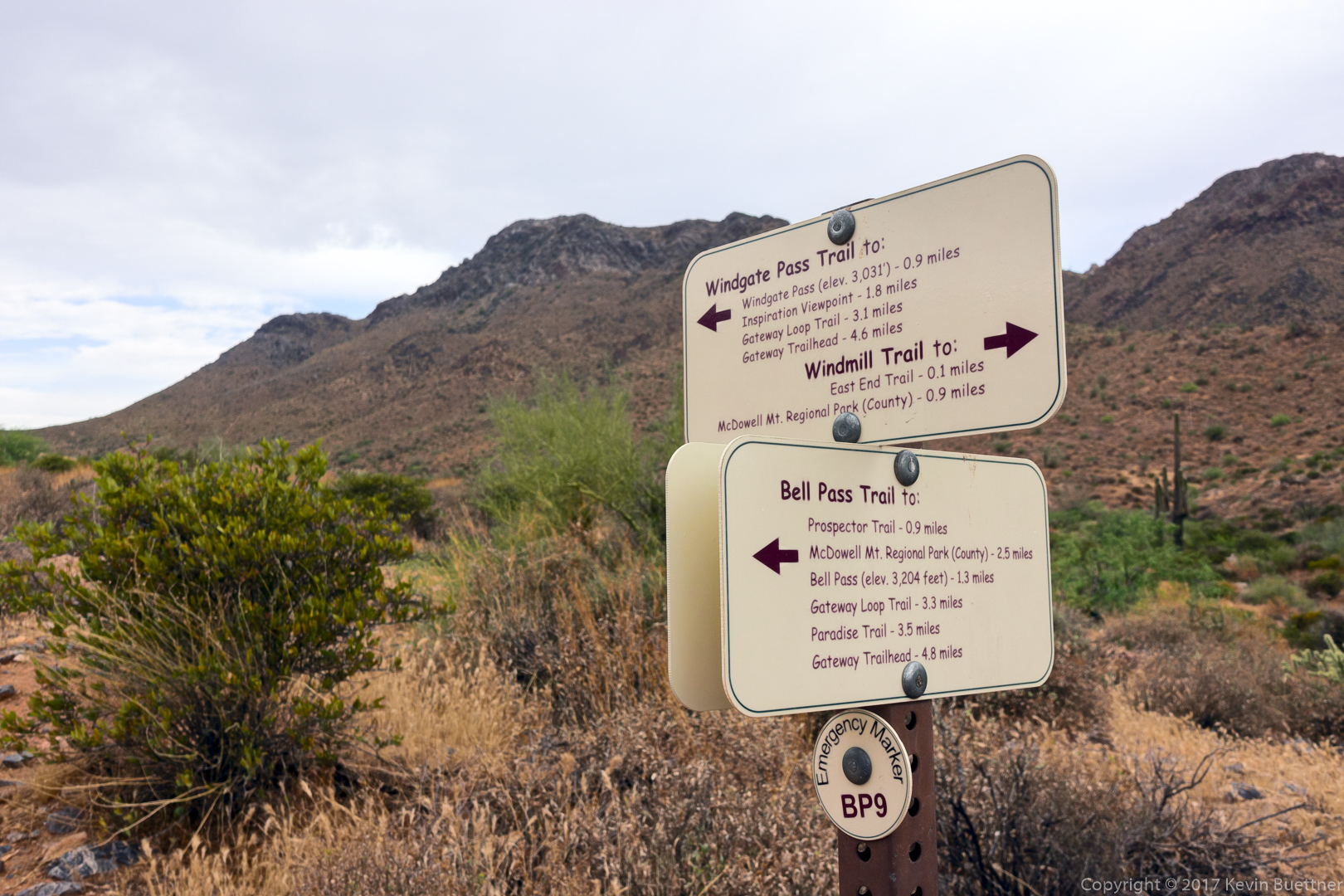 A view from the Bell Pass Trail. The mountain with the antenna towers is Thompson Peak. 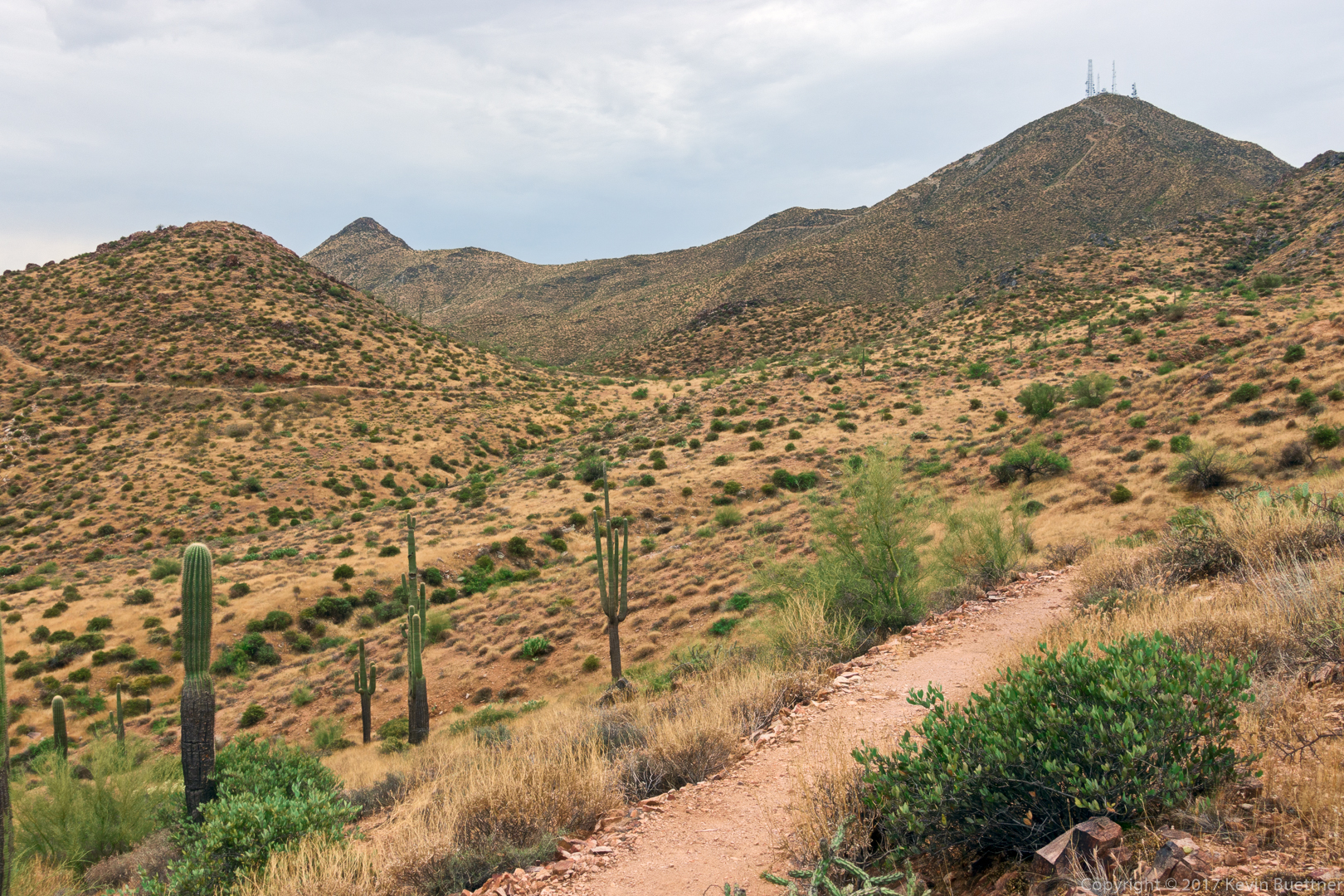 Looking toward Four Peaks from the Bell Pass Trail: 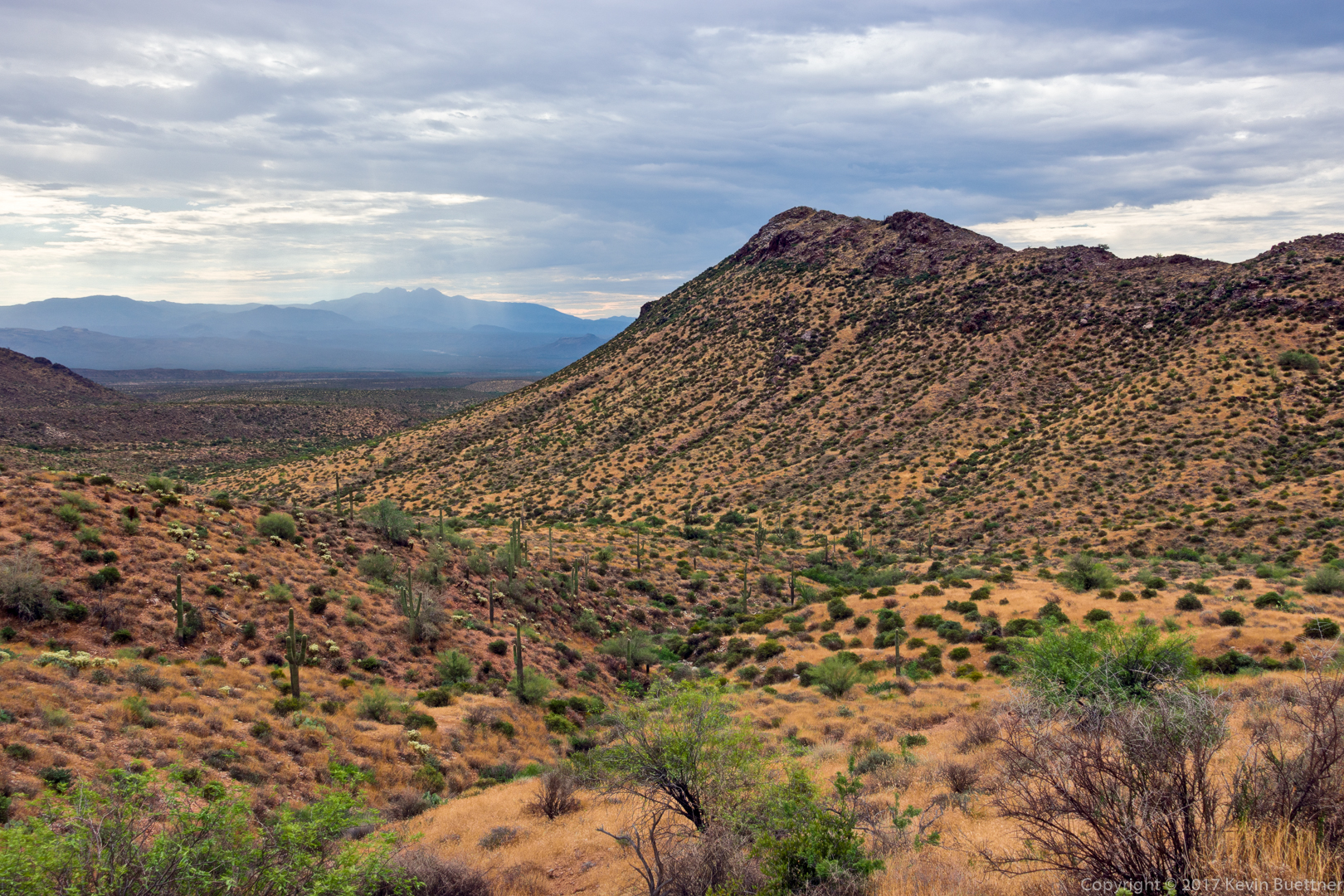 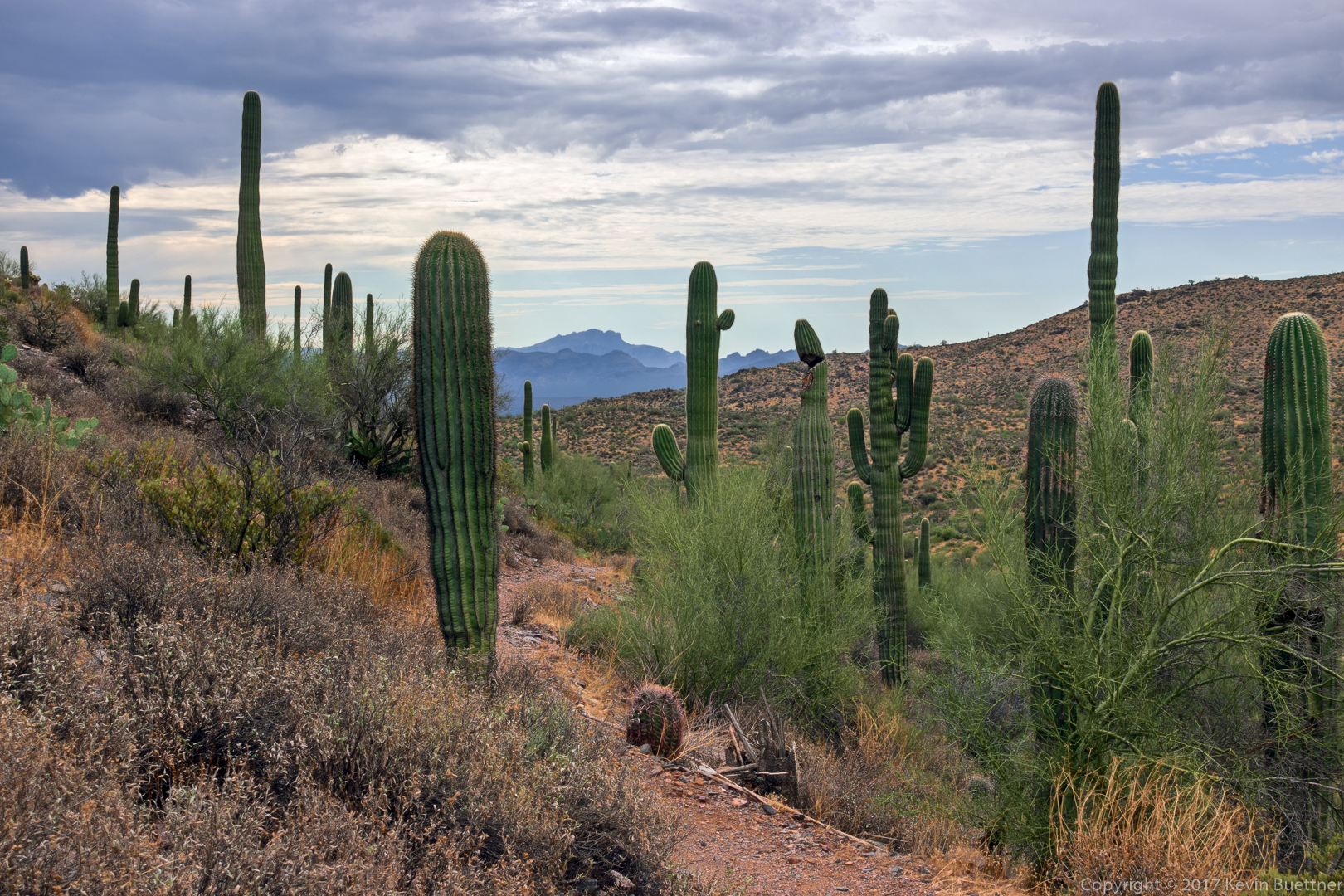 This is a barrel cactus blossom: 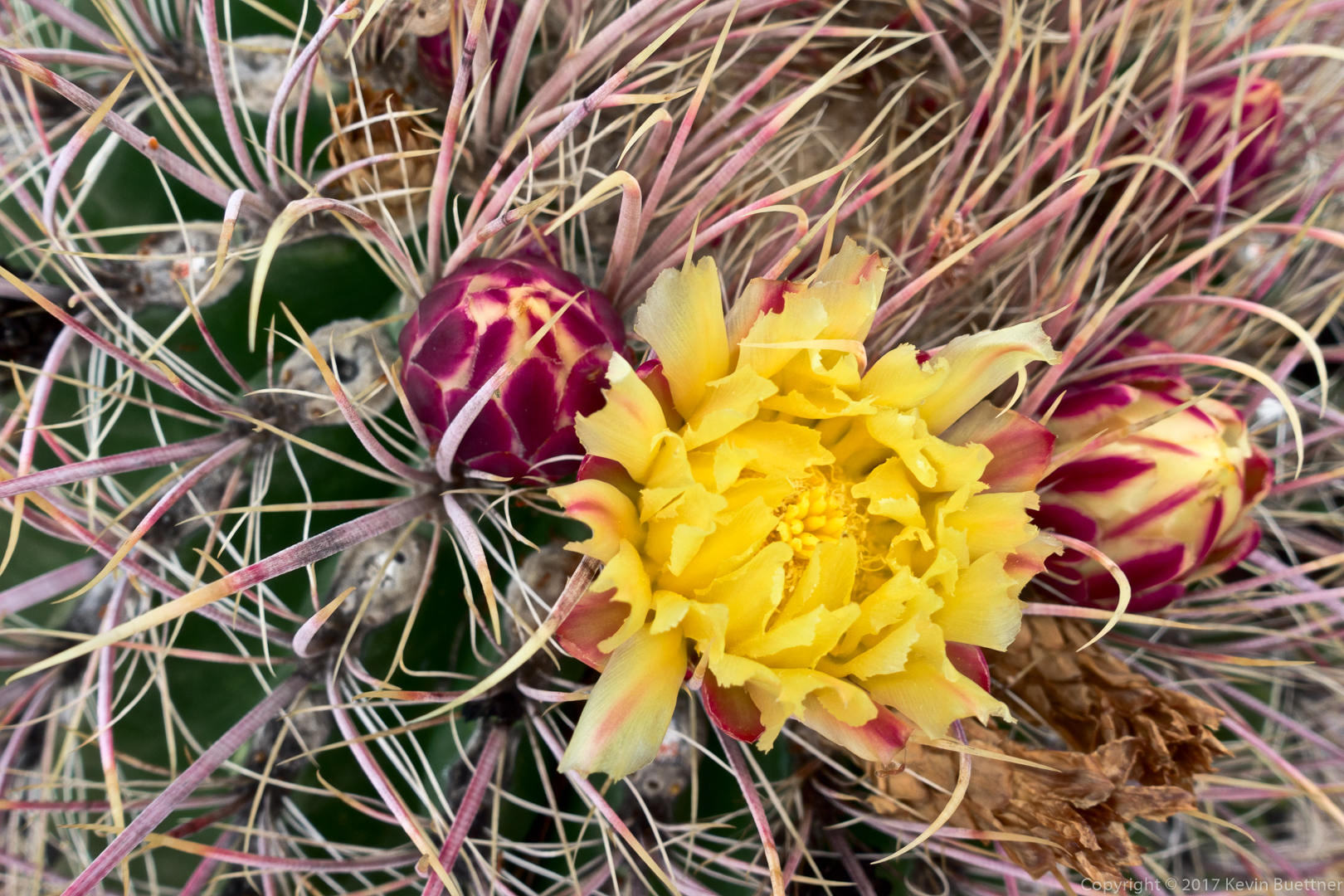 A mountain biker on the Dixie Mine Trail – one of only five people that I saw during the entire hike. 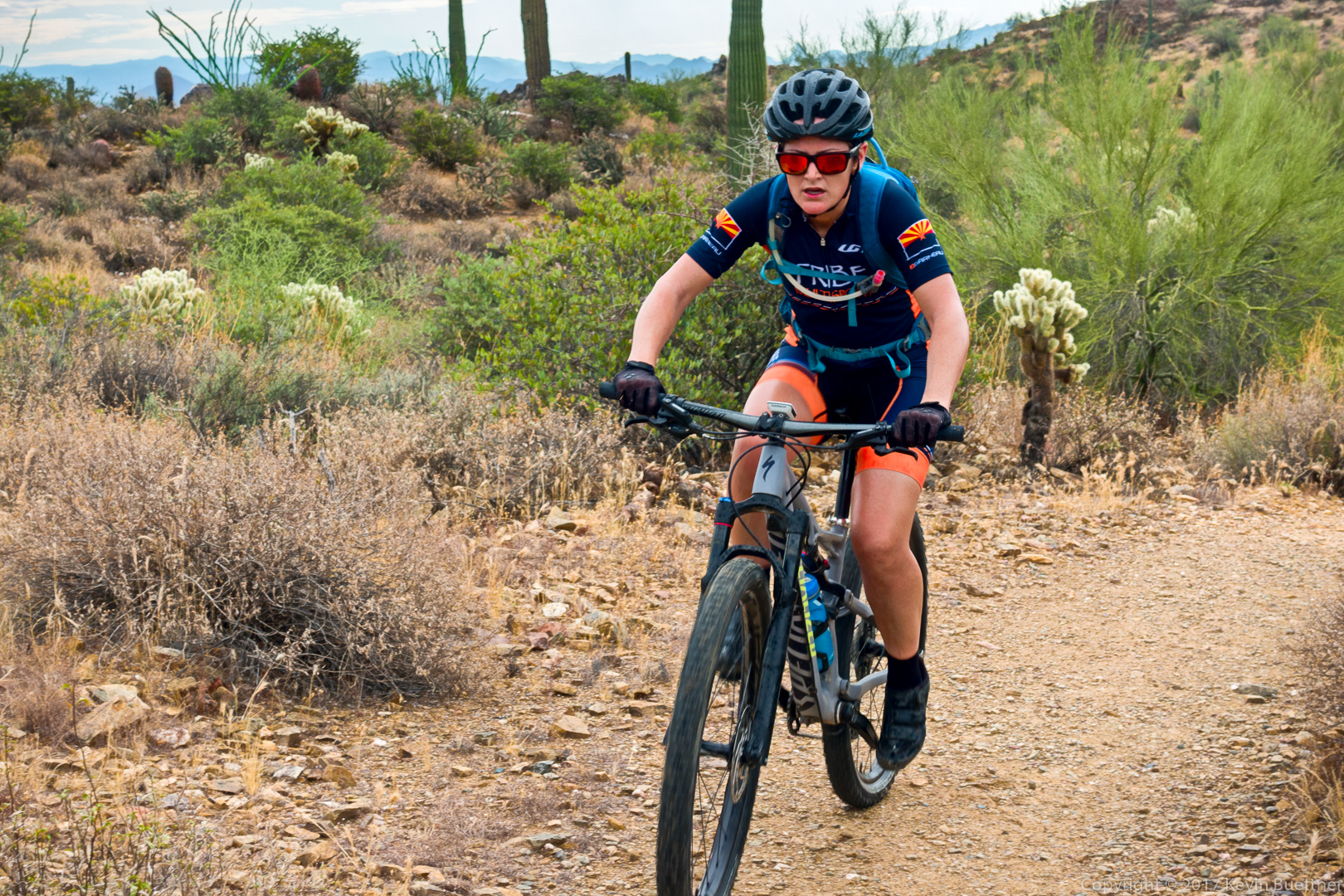